Mainly grassy paths with slabbed sections on the Pennine Way.  The section from Yearning Saddle to Carlcroft Hill is boggy in places.  The final part of the walk from Carlcroft Farm to Wedder Leap is about 3 miles along a tarmac road.

OL16 - The Cheviot Hills (Jedburgh & Wooler)
​If the above GPX file fails to download or presents itself as an XML file once downloaded then please feel free to contact me and I will send you the GPX file via e-mail.  ​​ 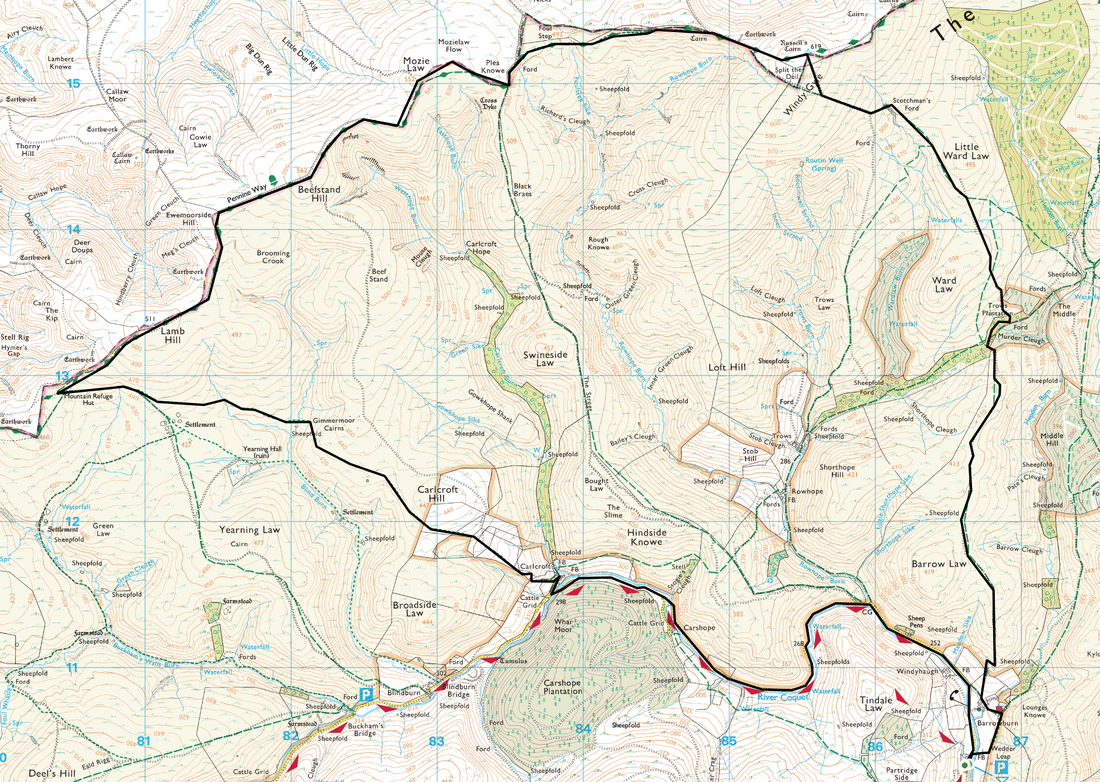 ​Northumberland is ideal walking country - not very busy and there are some fabulous walks to be had here. One of them was todays walk from Wedder Leap to Windy Gyle, returning via a high level section of The Pennine Way. We were staying near Wooler therefore it is a fair drive out to Wedder Leap but even the journey out to the Car Park was scenic and beautiful.

Leaving Wedder Leap the route passes the farm at Barrowburn before making its way along the Border County Ride, a 160-kilometer circular bridleway. Following The Ride took us over Barrow Law, past Ward Law and over Little Ward Law before making the ascent to Windy Gyle and the large stone gathering of Russell's Cairn that sits on the border of England & Scotland. It is said the cairn was supposed to mark the site of the mysterious death of Lord Francis Russell who may have been murdered for being a supporter of Queen Mary. There are good views to be had from the Cairn, particularly over The Cheviots.

From the summit of Windy Gyle we joined a section of The Pennine Way and headed South to North towards the summits of Mozie Law, Beefstand Hill and Lamb Hill before leaving the Way at the refuge hut at Yearning Saddle. The path down over Carlcroft Hill was boggy in places but was mostly on springy turf and we soon reached the road at Carlcroft Farm. The last 3 miles along the tarmac road to Wedder was delightful as we accompanied the River Coquet for the entire way.

This was a super walk in good conditions in what is a beautiful area. Apart from a group of ramblers on Windy Gyle, we saw nobody all day. 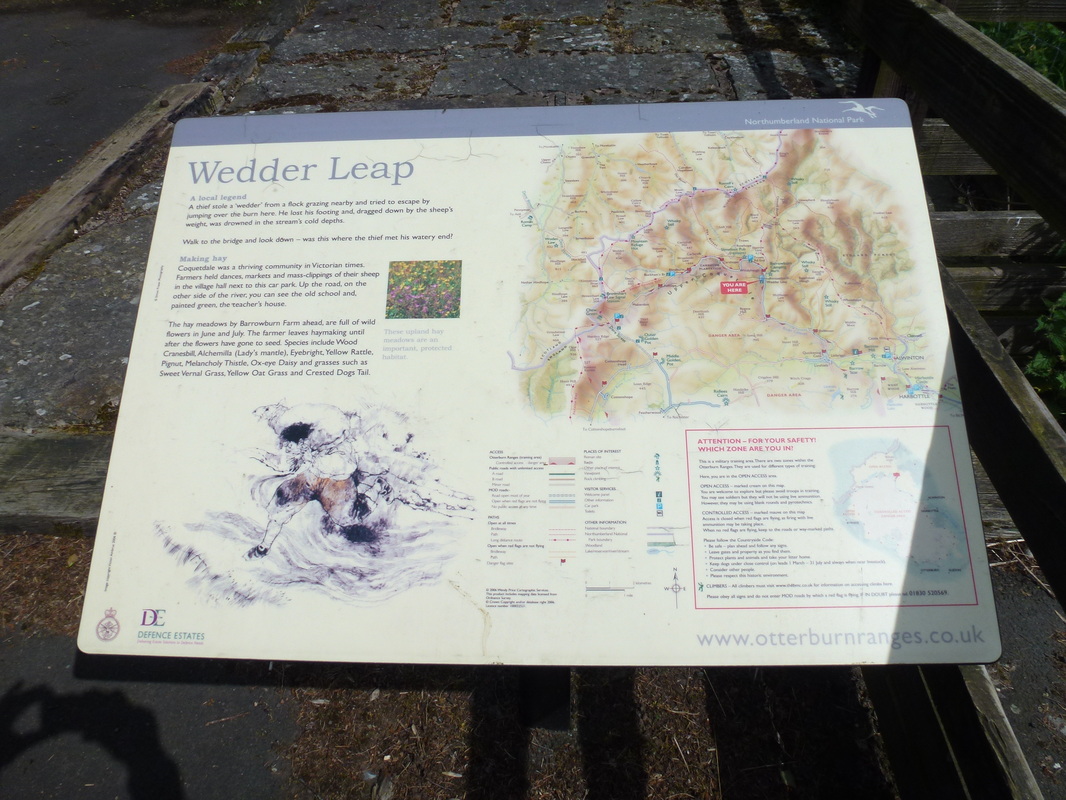 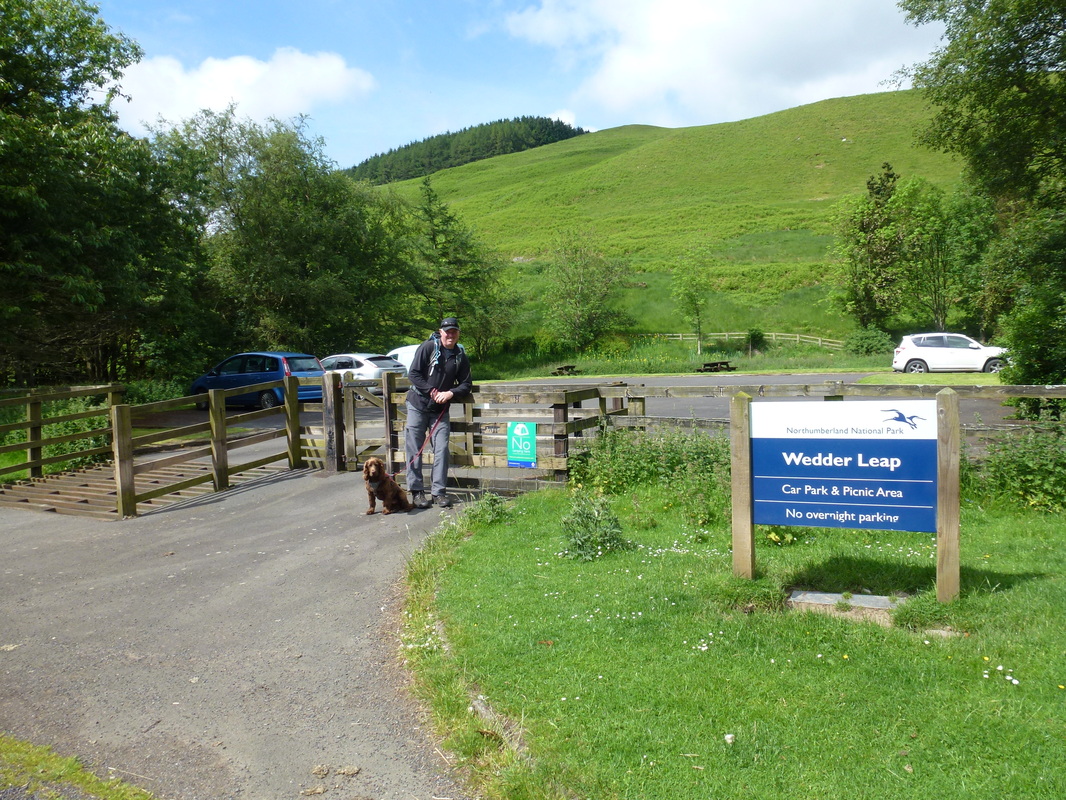 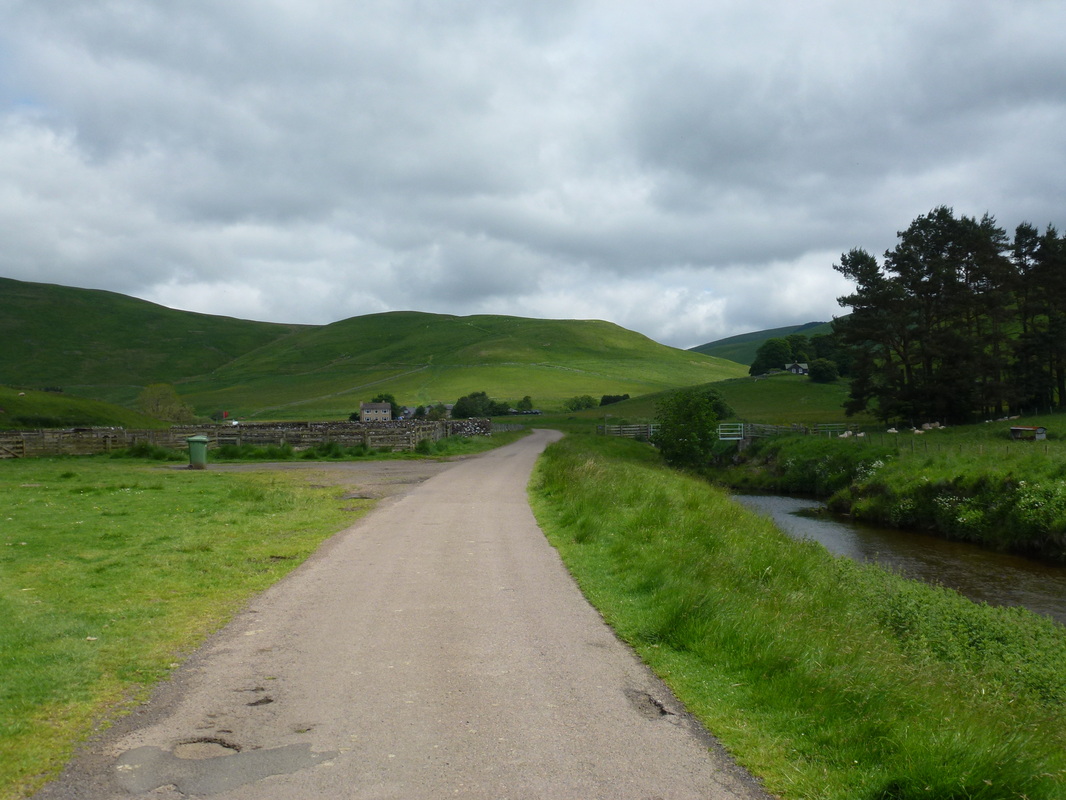 Looking to the farm at Barrowburn with Barrow Law behind 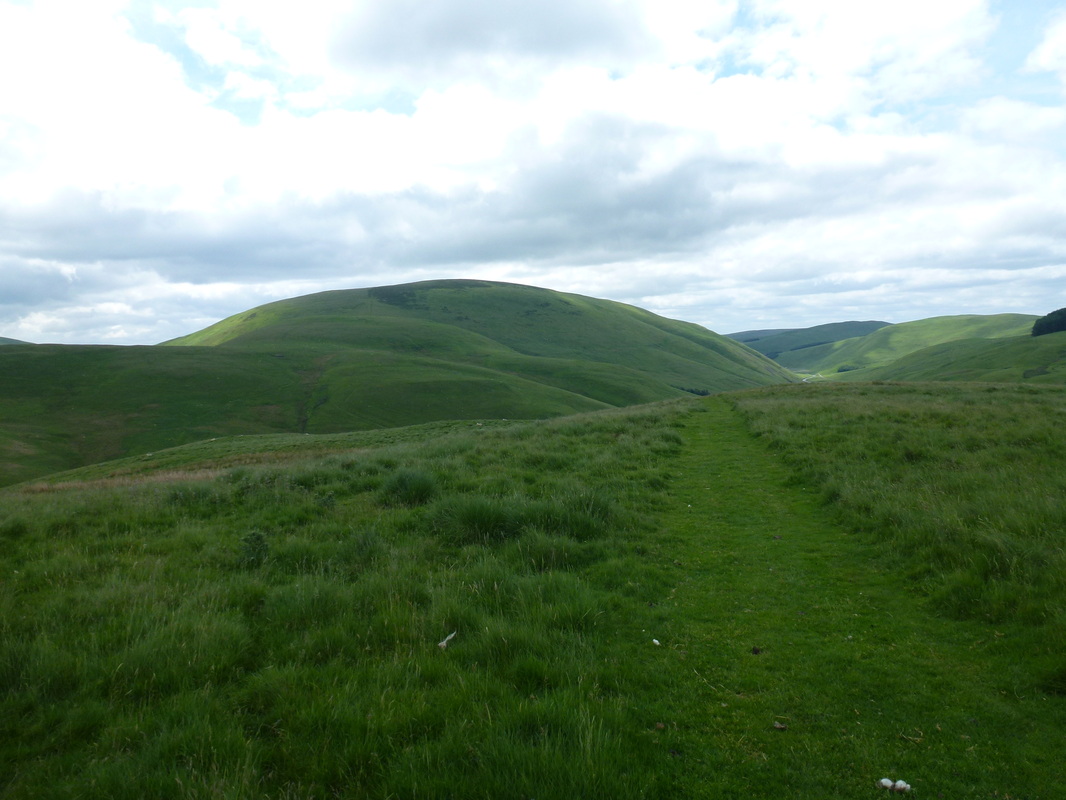 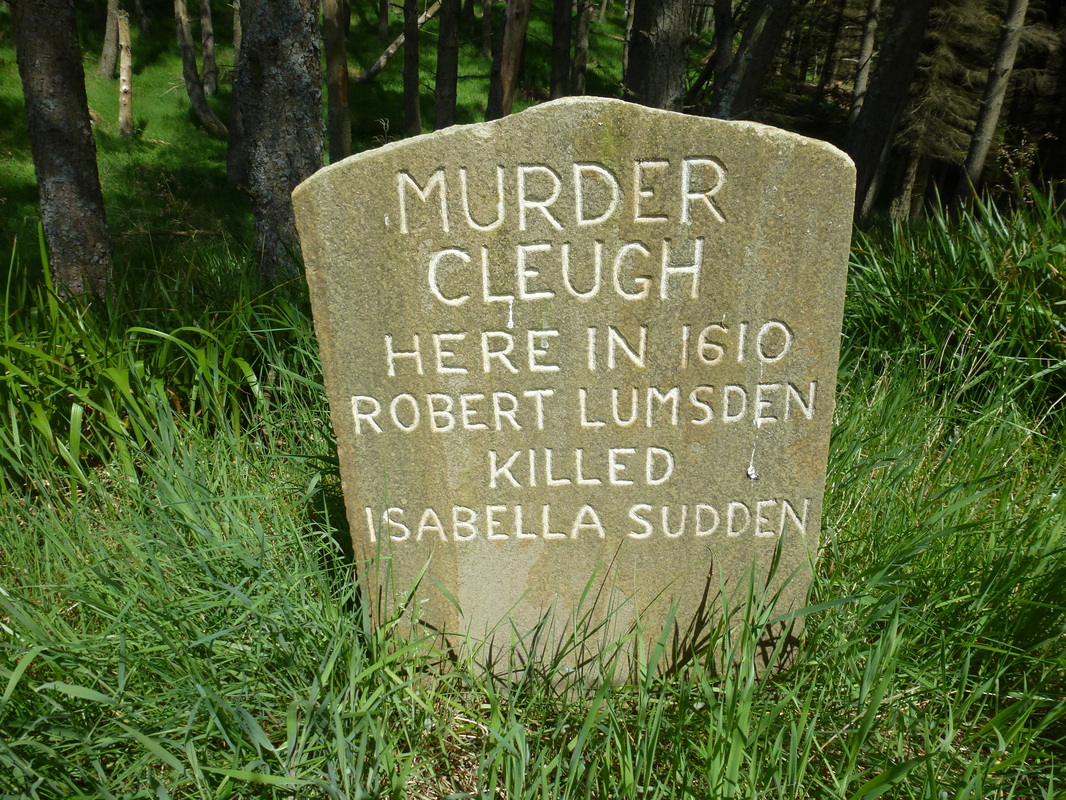 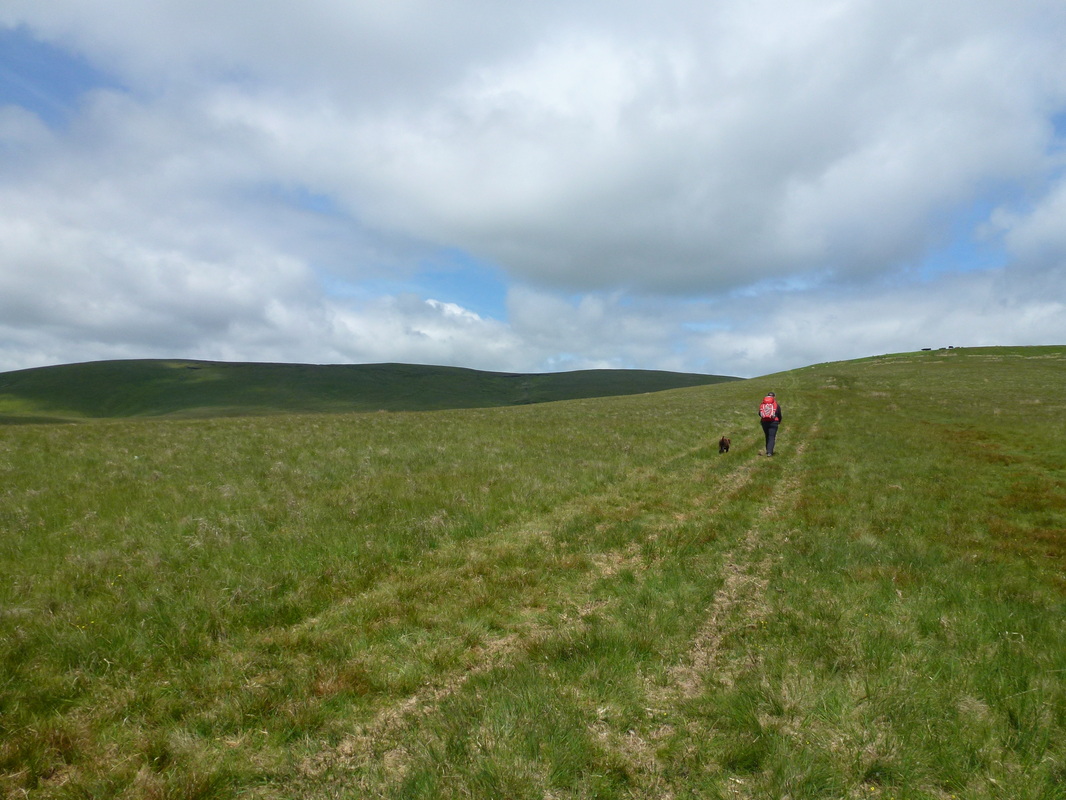 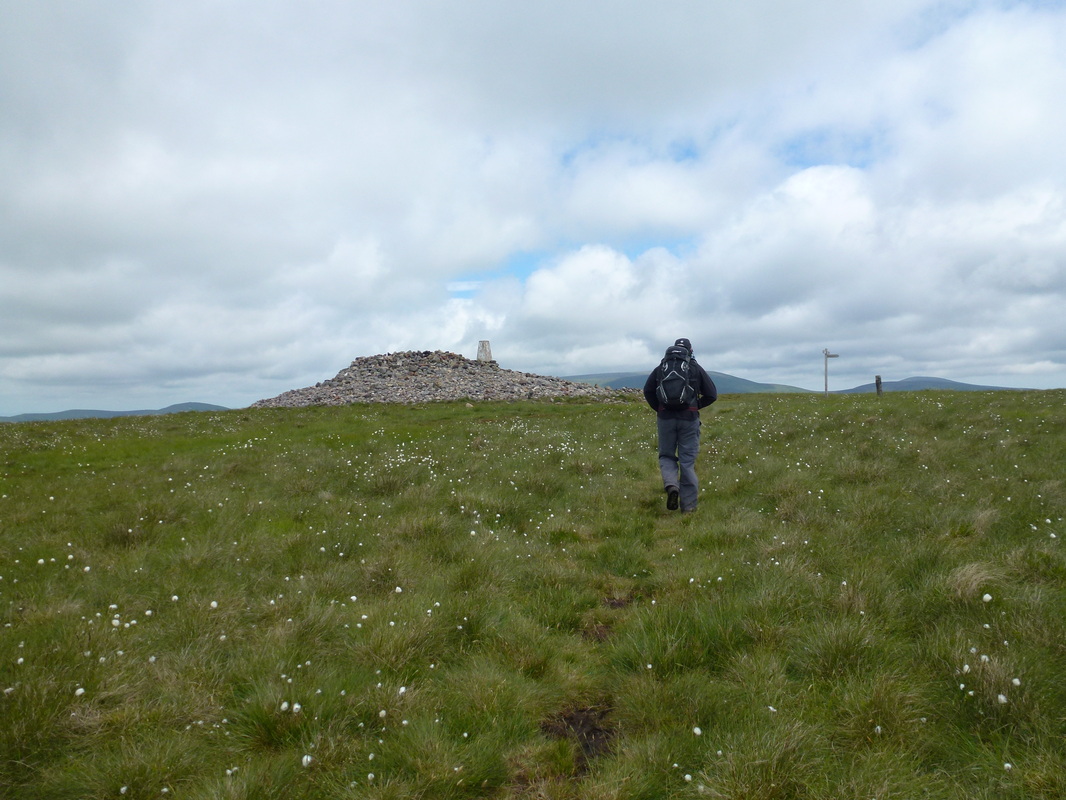 Approaching the summit of Windy Gyle and Russell's Cairn 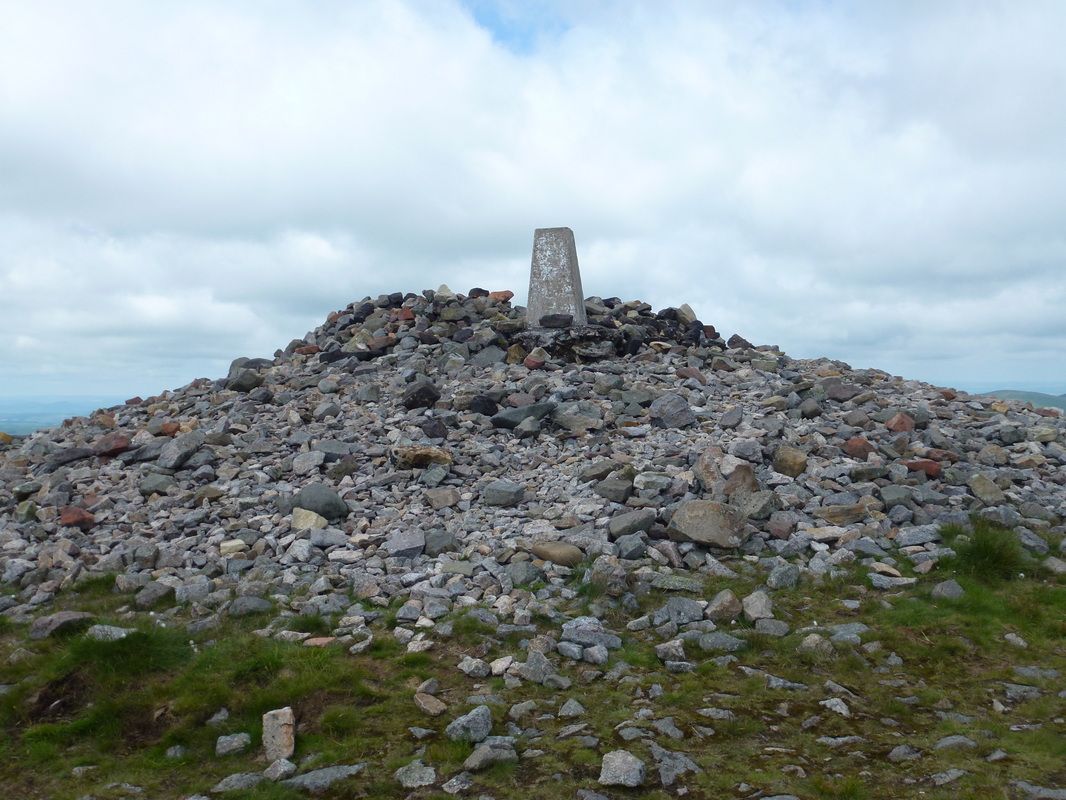 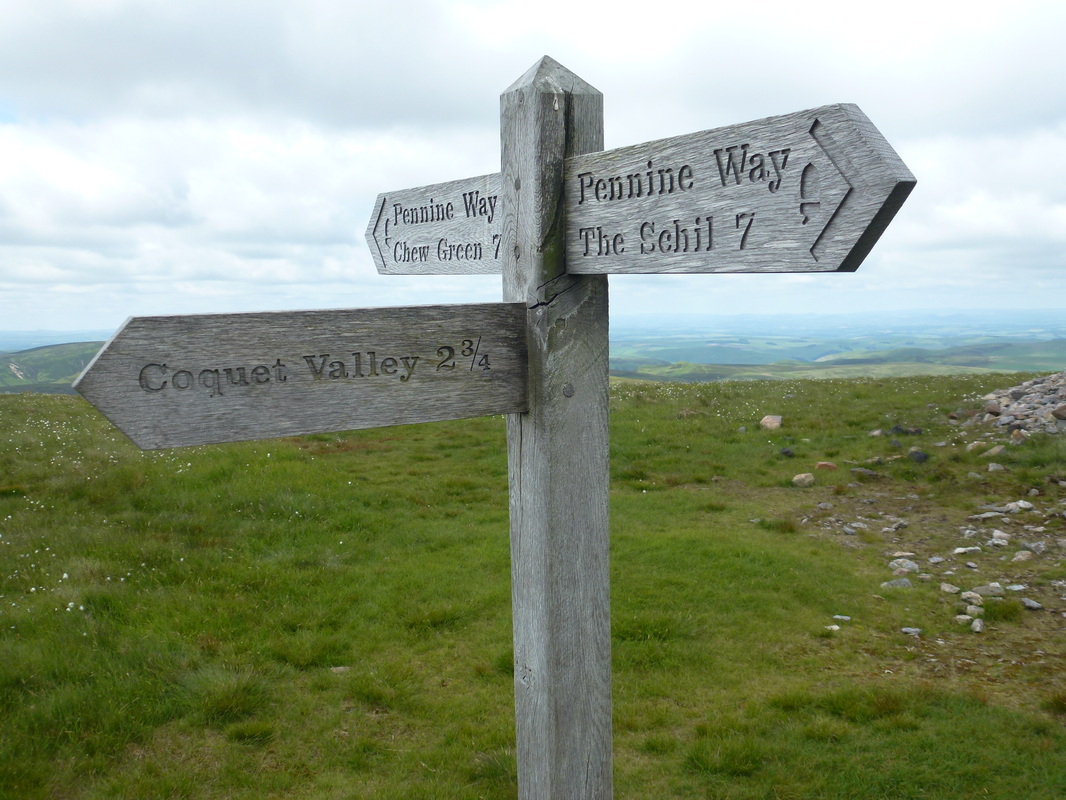 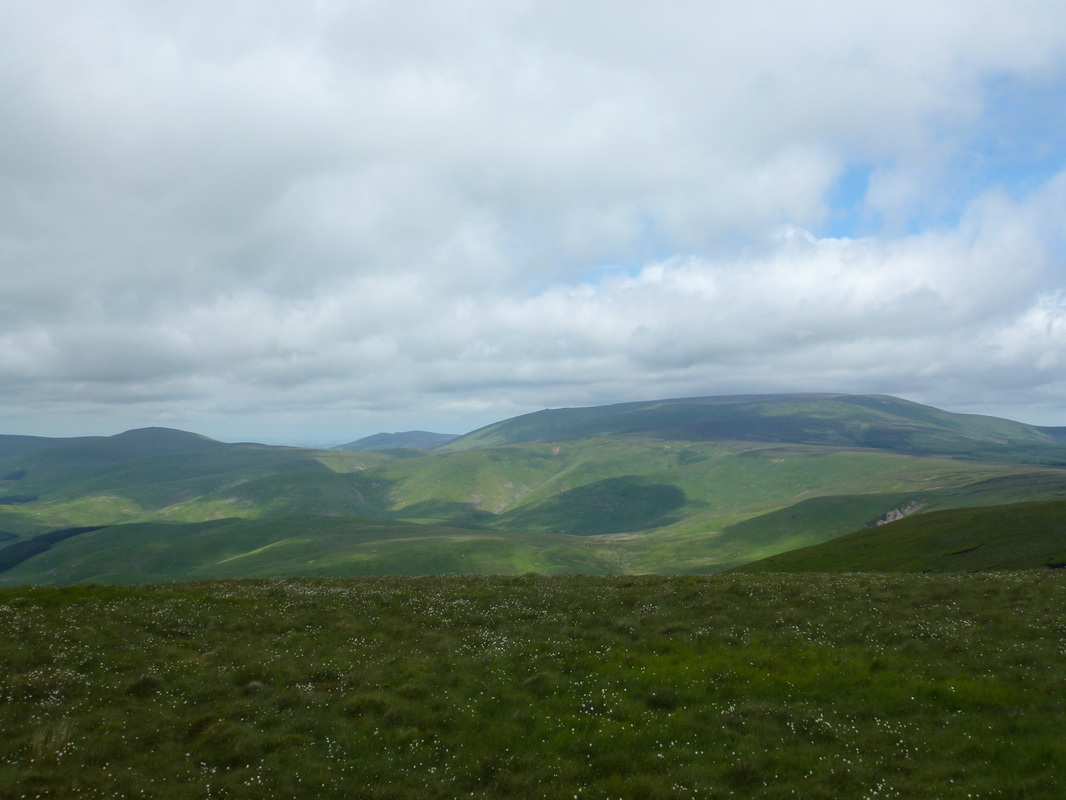 The huge expanse and ridge of The Cheviot from Windy Gyle 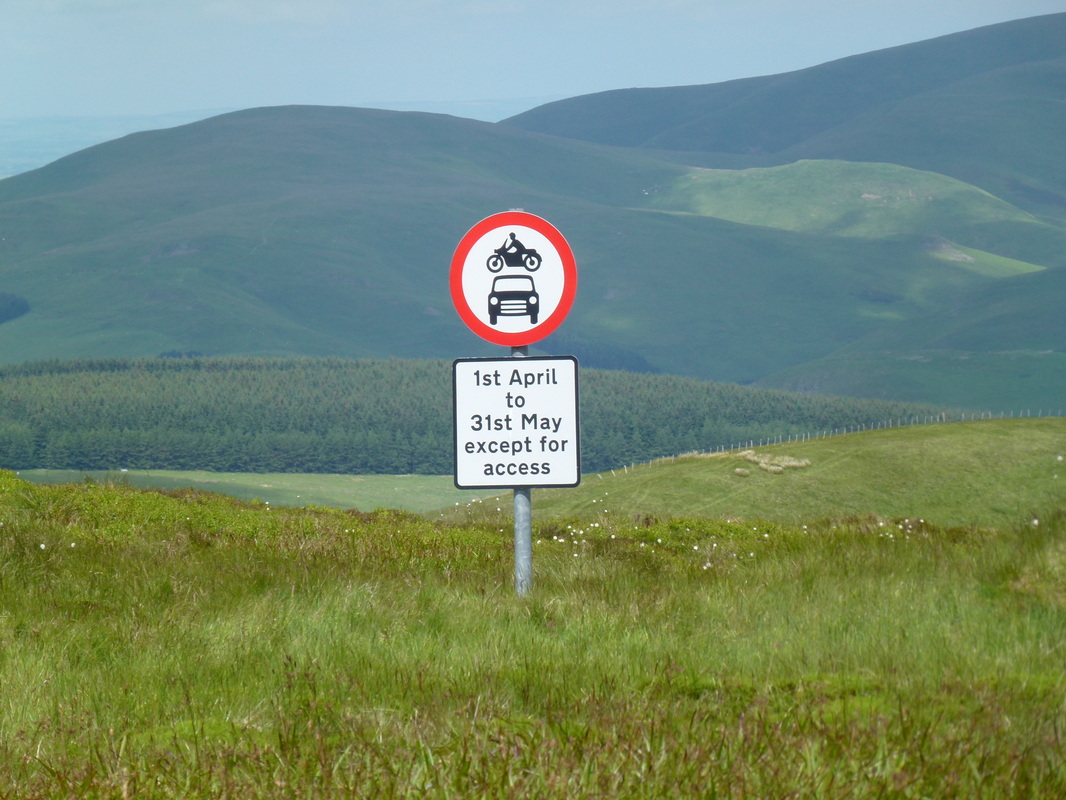 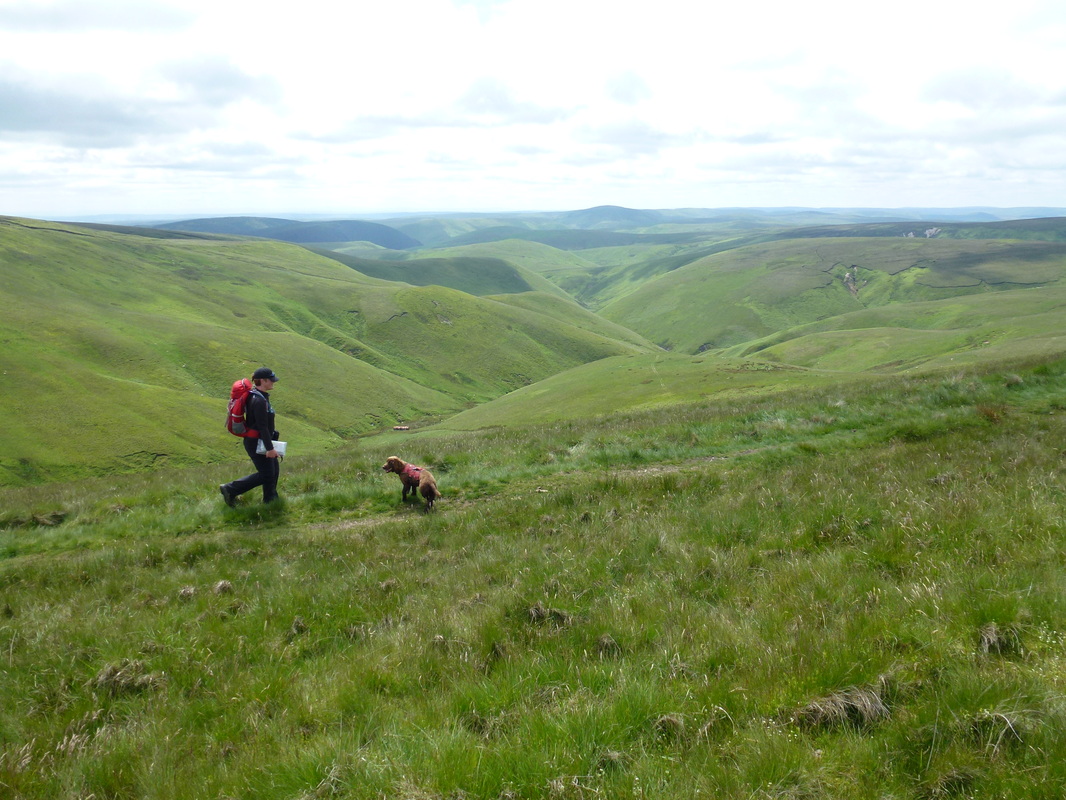 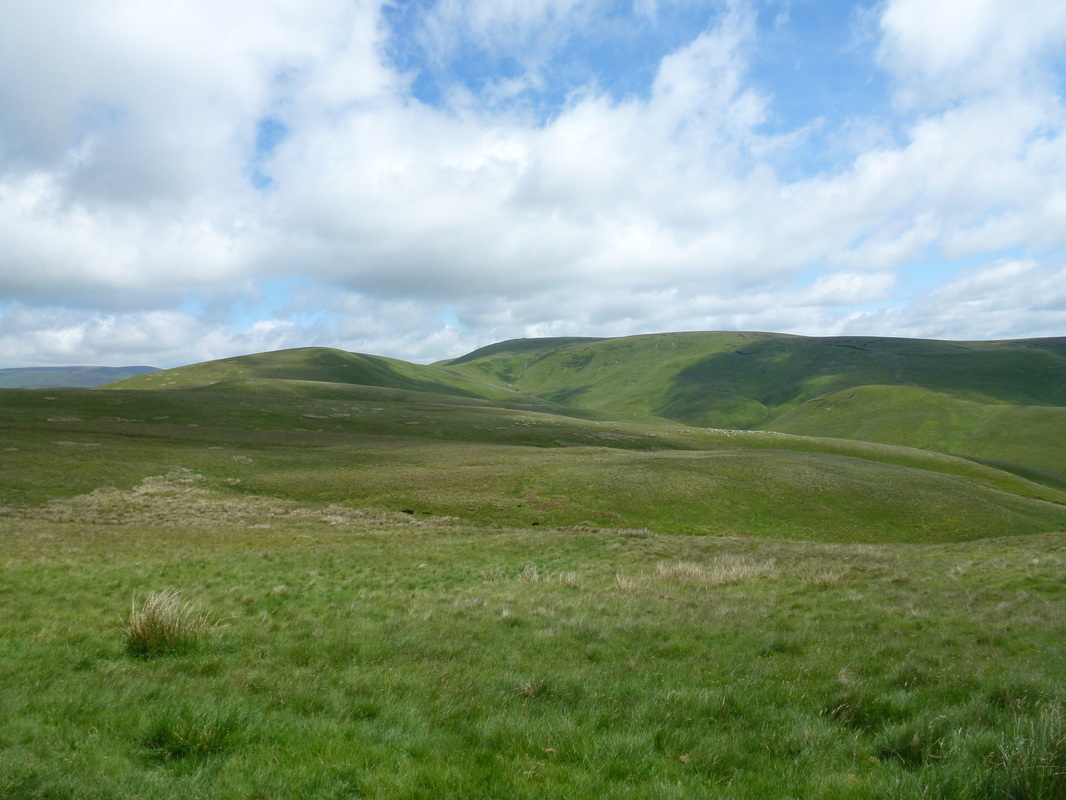 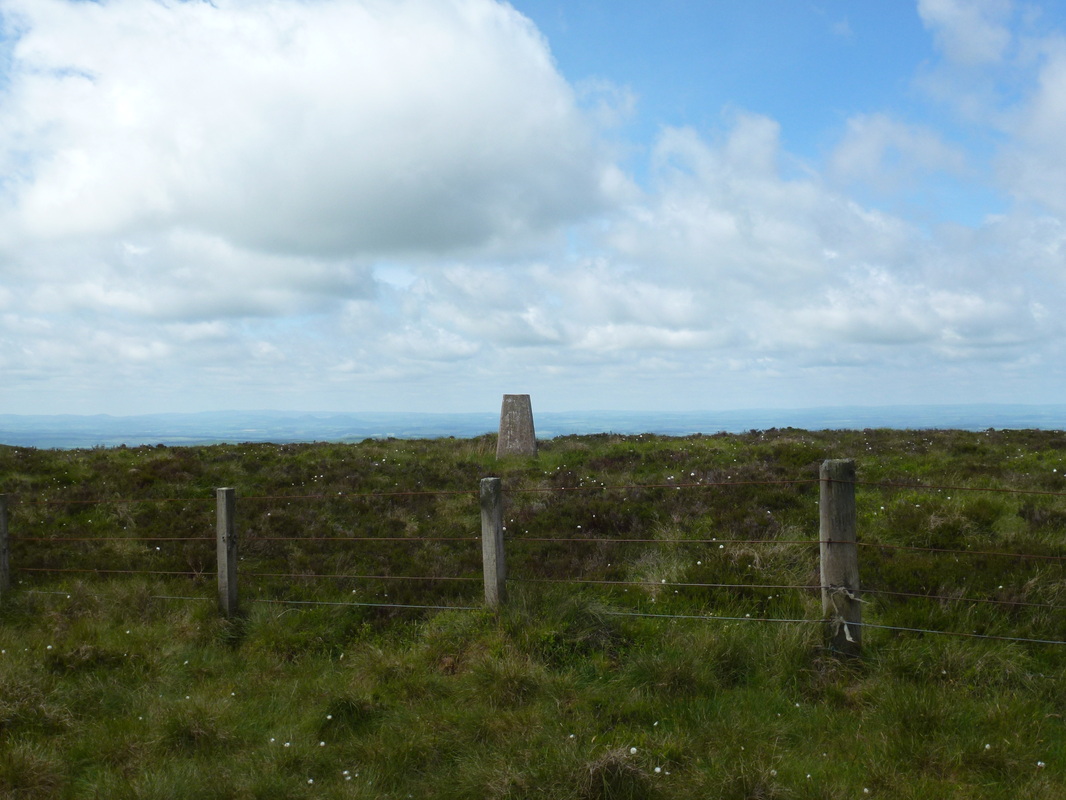 The Trig Point on Lamb Hill 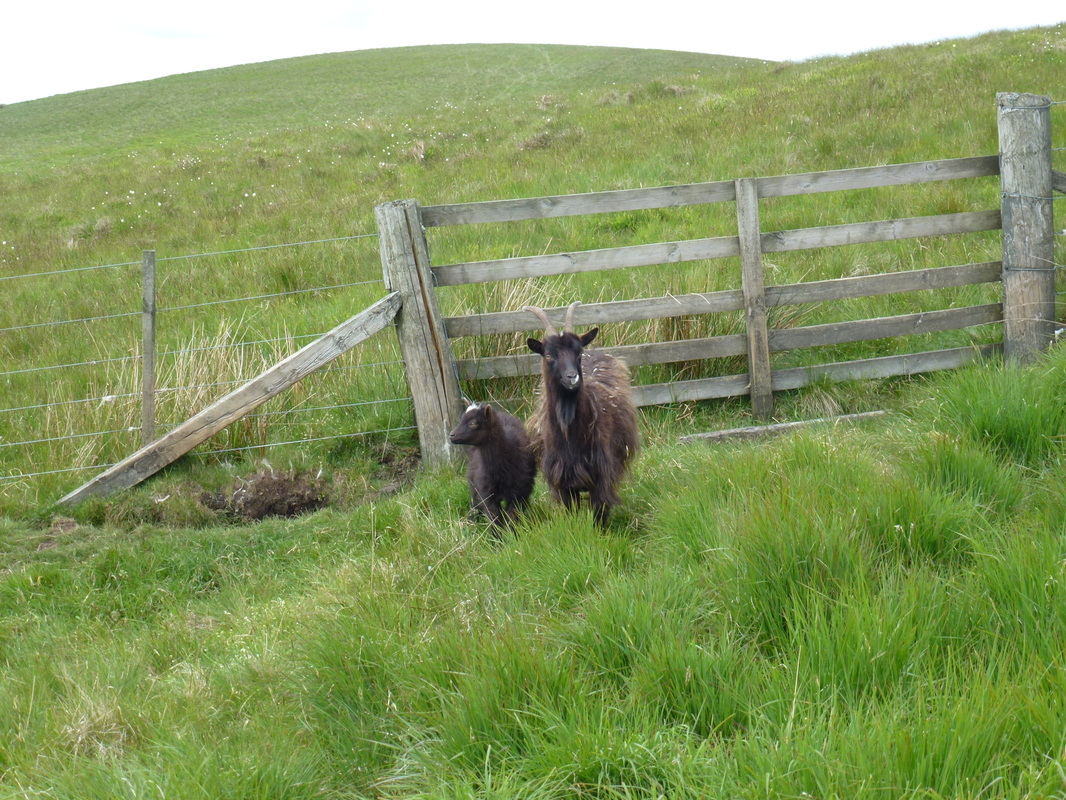 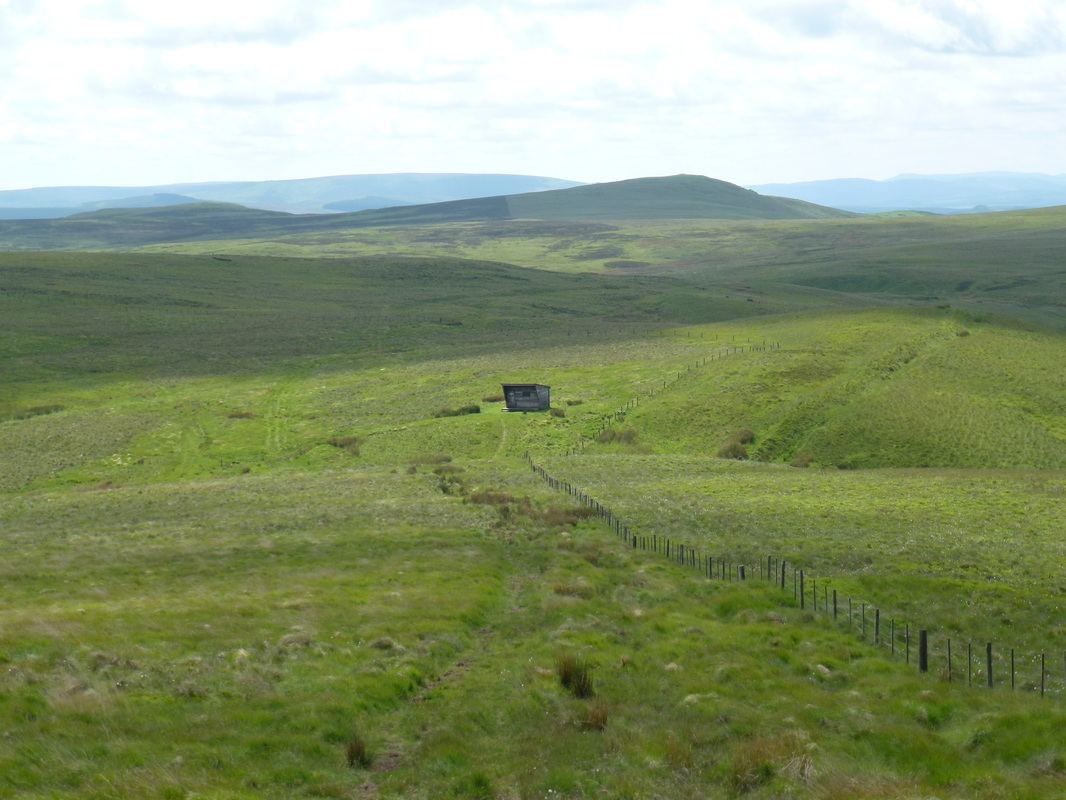 The hut at Yearning Saddle 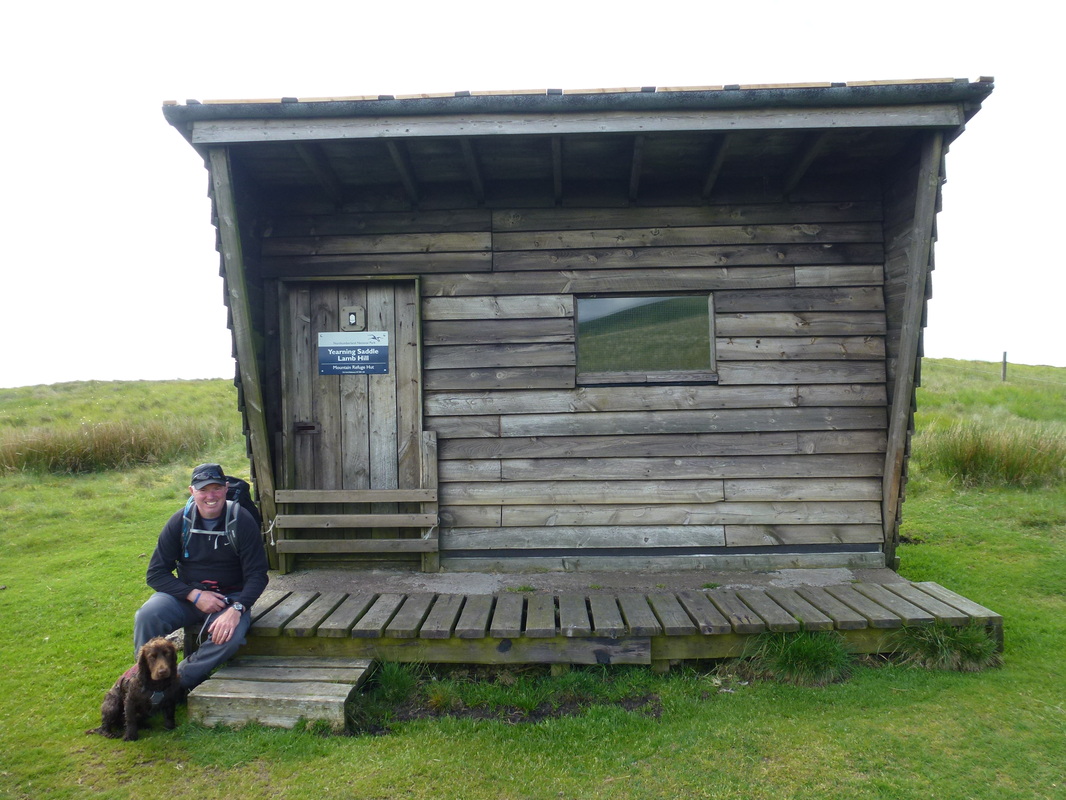 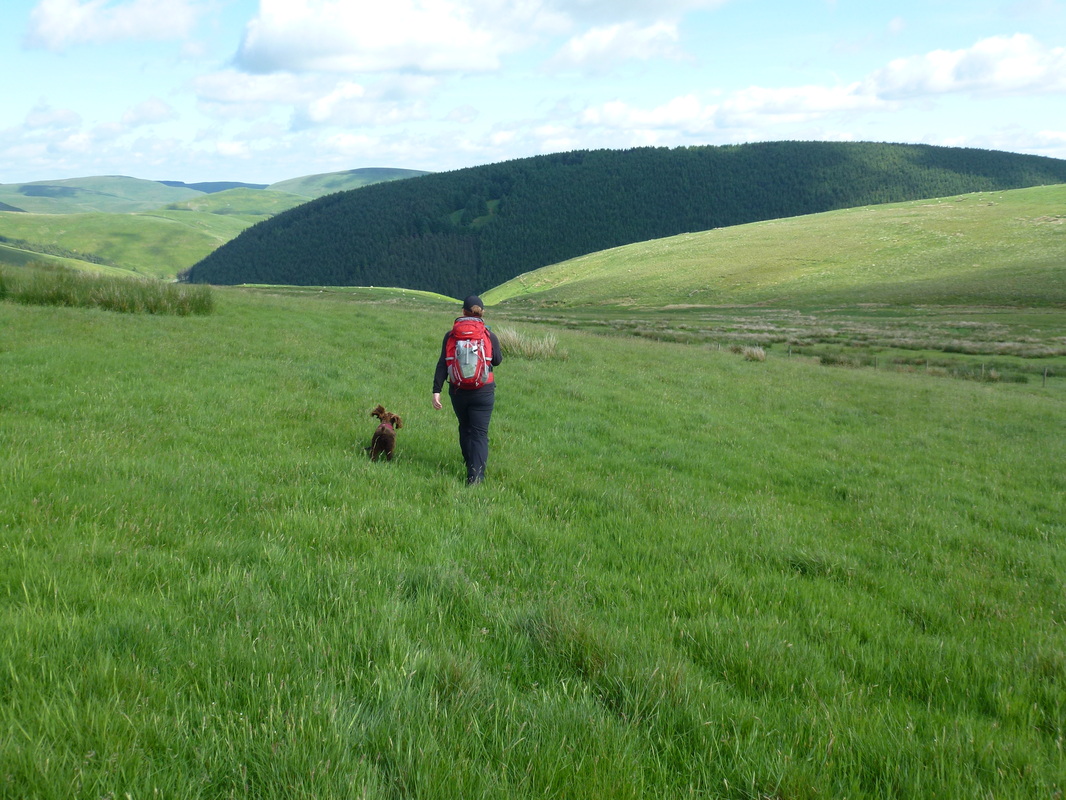 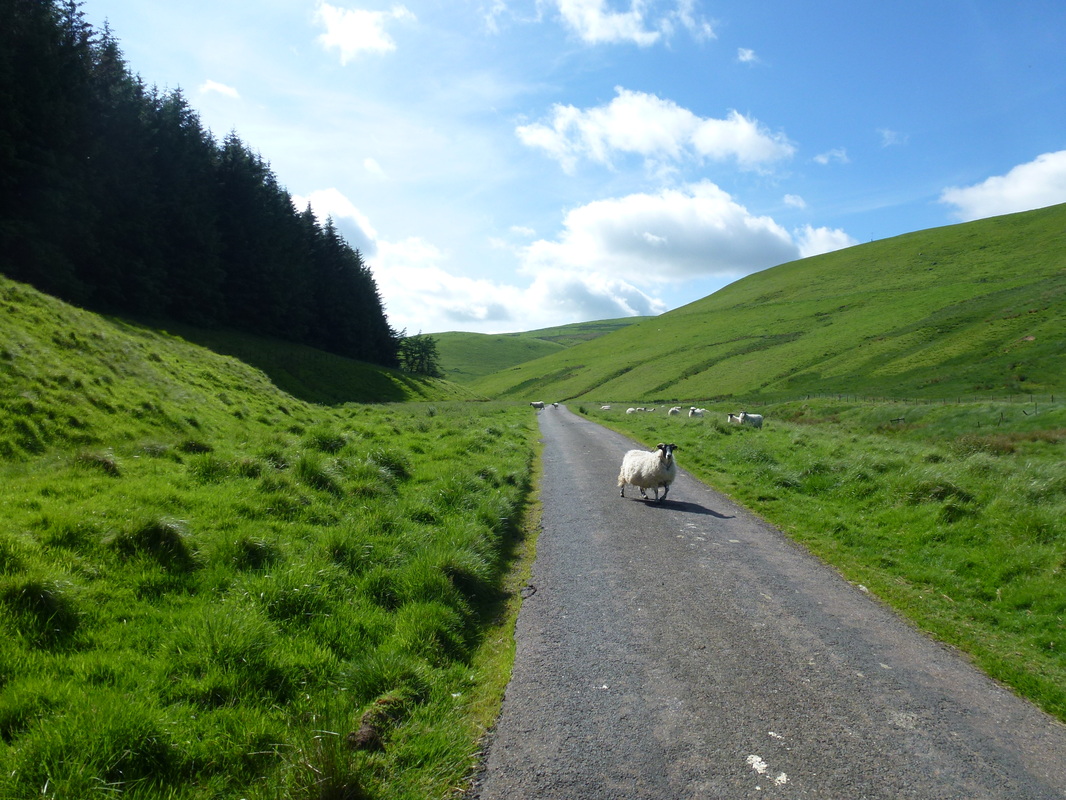 The track back to Barrowburn and Wedder Leap 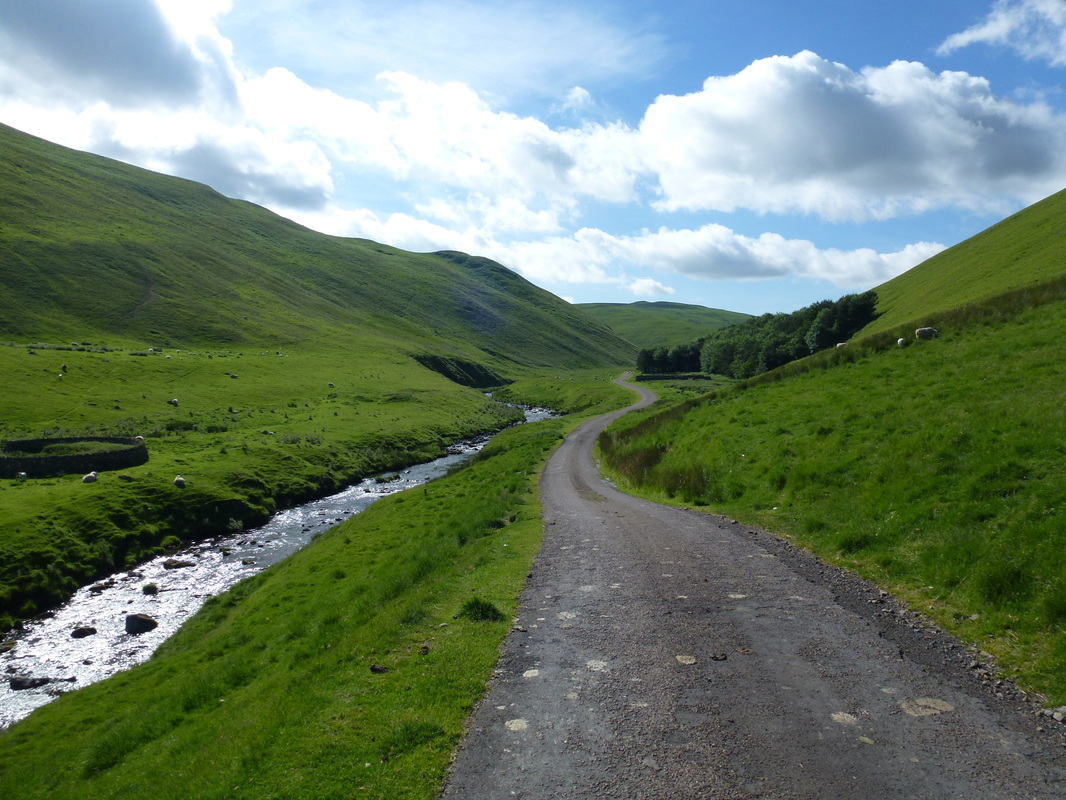