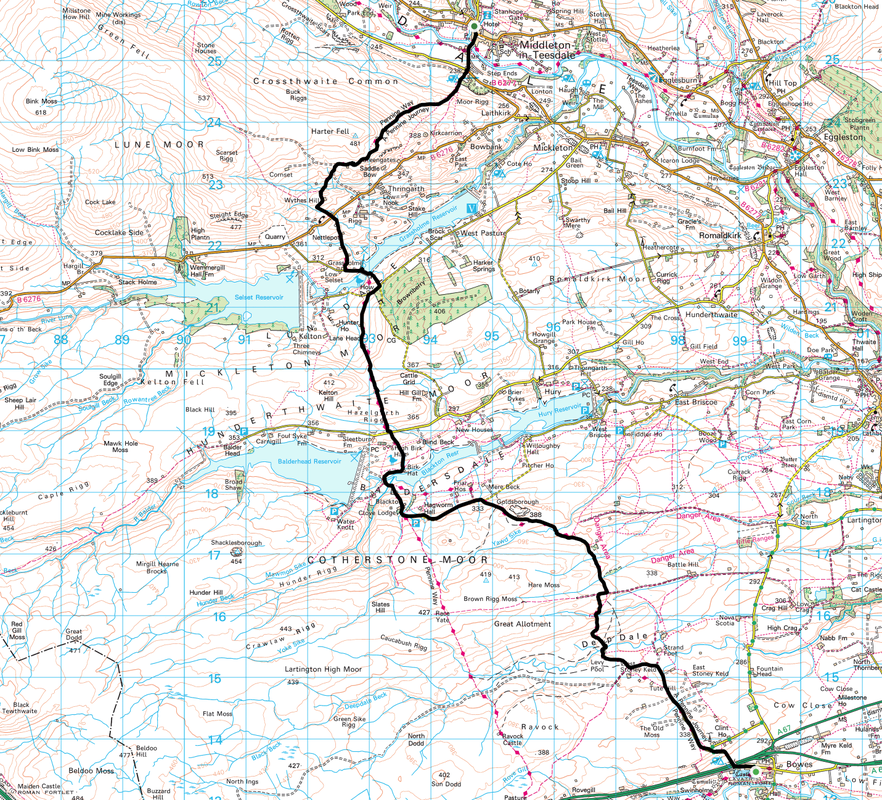 After an uninspiring breakfast at Jersey Farm in the company of no one we packed up and awaited our taxi to take us back to Bowes. Standing outside the hotel the weather was still overcast with a strong wind - the threat of rain hung in the air. Mr Taxi Driver turned up promptly and we were off. Leaving Bowes we crossed the busy A66 via the road bridge to continue on the Bowes loop on a good farm road. We passed by fields that were apparently full of unexploded ordnance, or so the notices said - problem was they were also full of sheep!! The official route then leaves this path to visit the Stoney Keld Spring however we stayed on the track as the route rejoined it just a bit further up.  ​​ 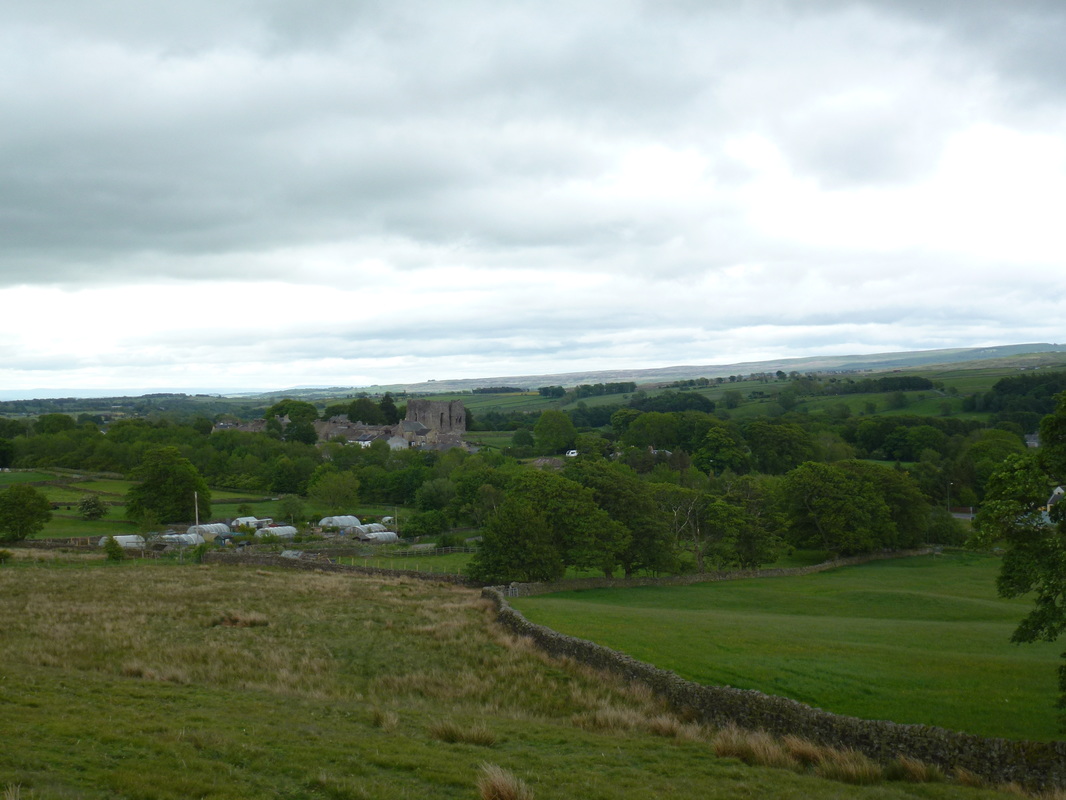 Looking back to Bowes 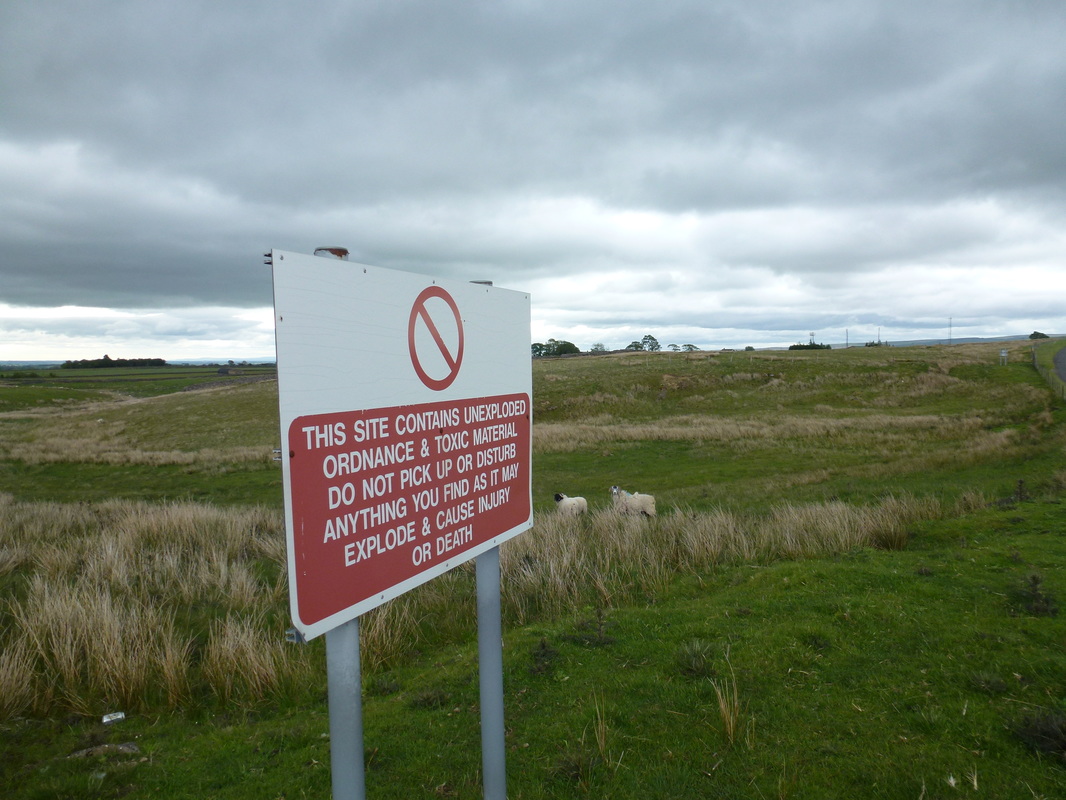 The sheep didn't seem to mind
Continuing along the track we passed by a heather roofed farmhouse before crossing Deepdale Beck to follow the white-topped markers through a sea of stunted bracken. Reaching another farm track we then followed to the right of a new wall through fields to eventually pass to the left of Goldsborough before reaching the road to Baldersdale. The route was telling us to head over the road towards Blackton Reservoir however we decided to turn left along the road to pick up the original Pennine Way coming in from the south. We then passed our reason for having to do the Bowes Loop, the now up for sale Clove Lodge before stopping for some lunch at Blackton Bridge.​ 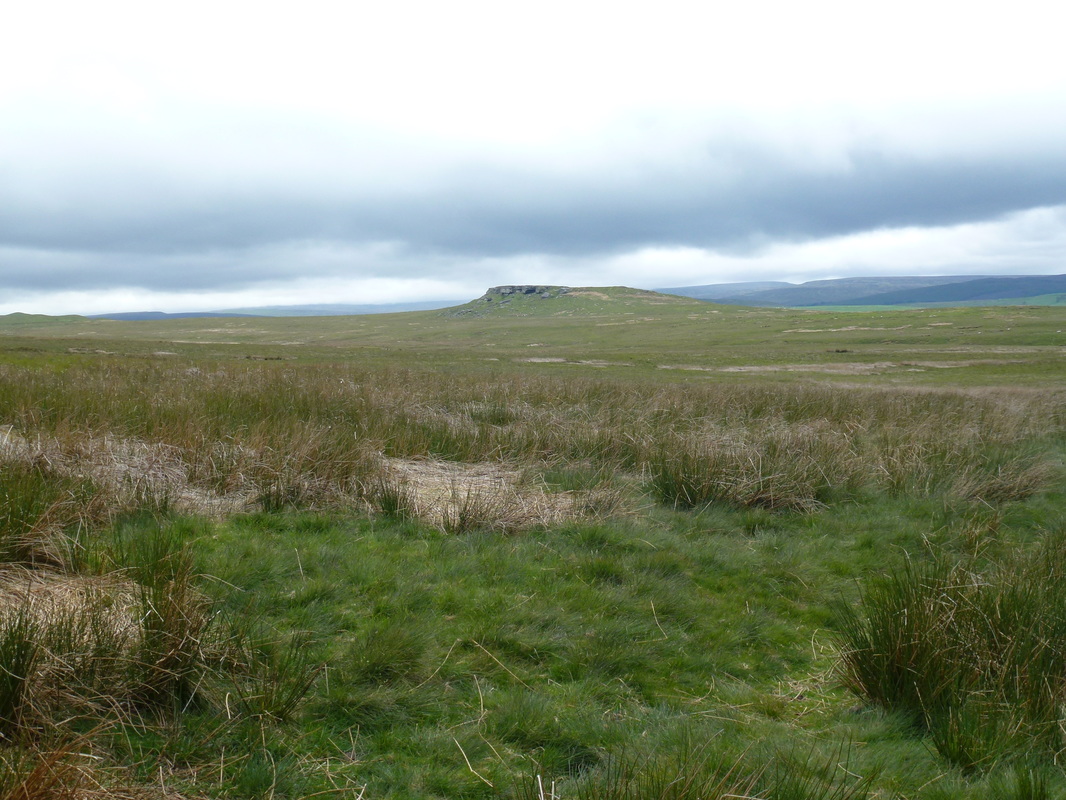 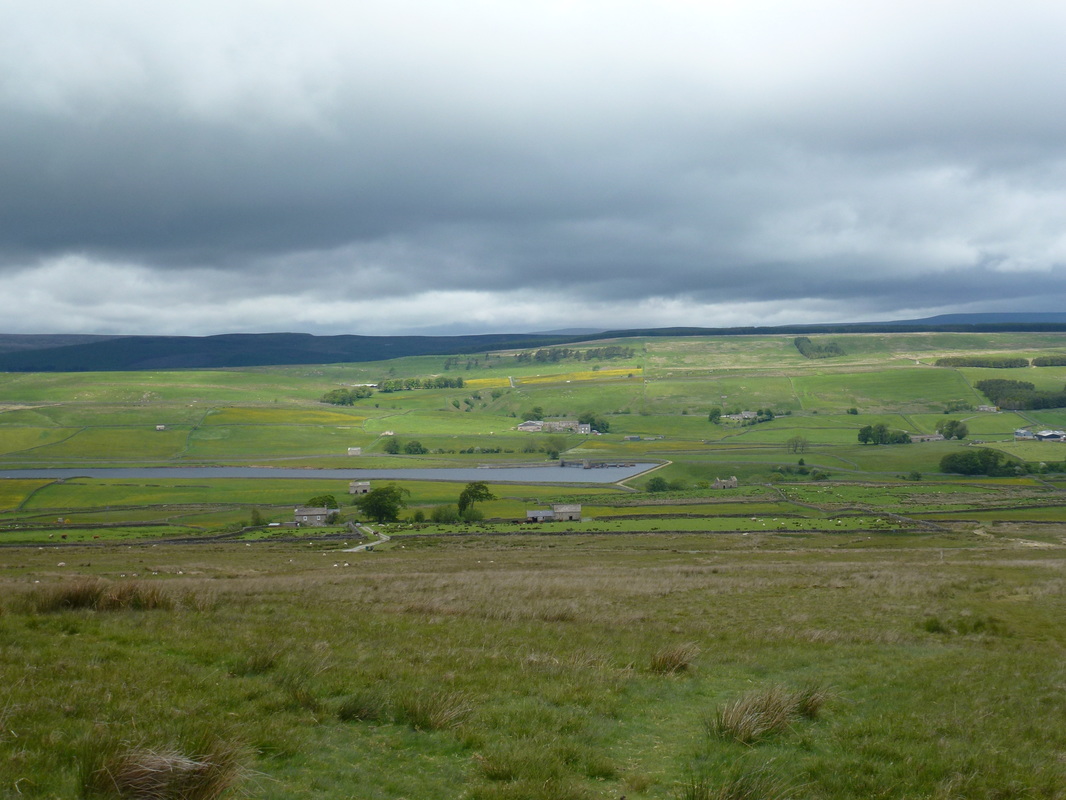 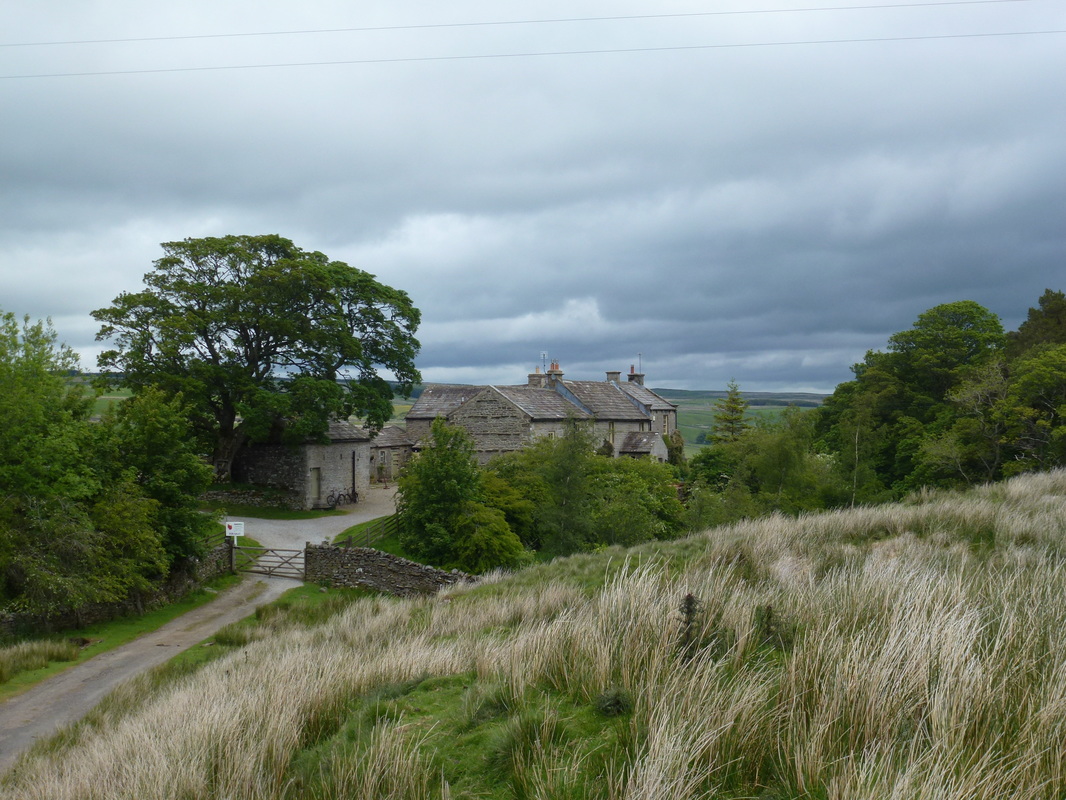 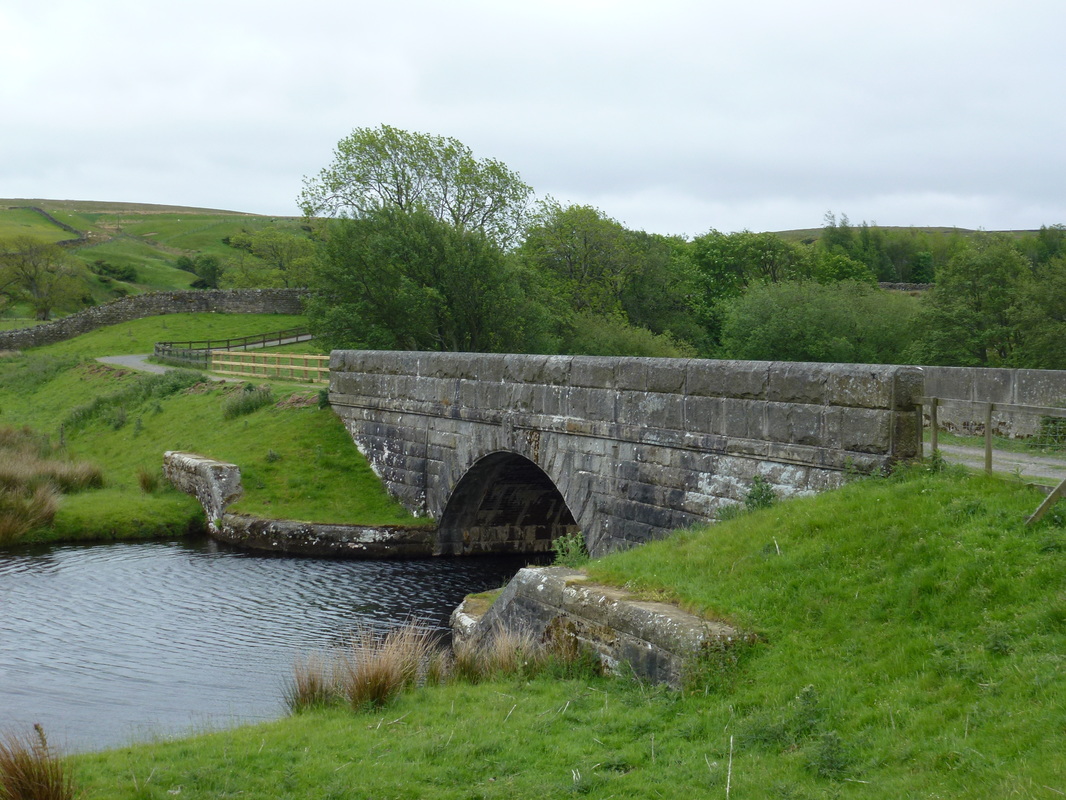 Blackton Bridge
A good track leaves the bridge and passes the farm at Low Birk Hatt via the north western edge of Blackton Reservoir. Until 1988, Low Birk Hatt was the home of Hannah Hauxwell whose story became known via two Television documentaries - the first of which was filmed in the 1970s. Hannah farmed the land alone without electricity or running water for many years until retirement in 1988. The area was subsequently acquired by Durham Wildlife Trust and is now managed as a Nature Reserve. 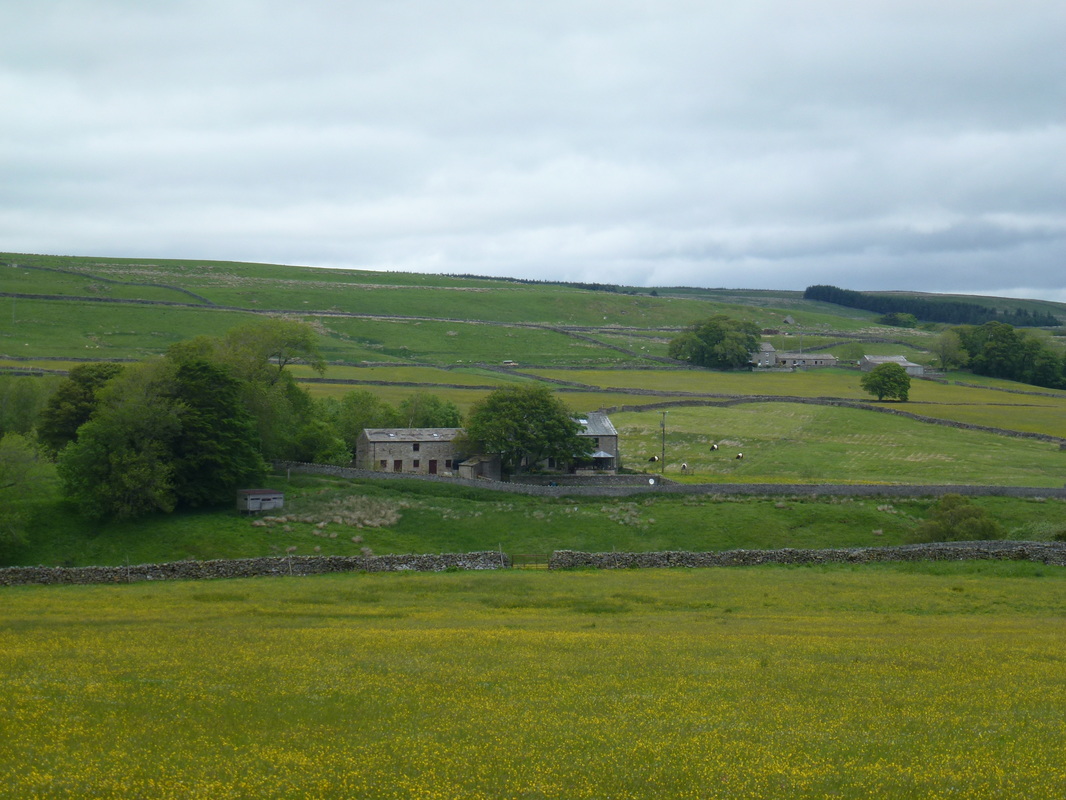 Low Birk Hatt - the former home of Hannah Hauxwell
Passing Hannah's Meadow, we met a couple that were doing sections of the Pennine Way and were on their way to Bowes. They advised us that the fields ahead on Mickleton Moor contained livestock that had taken offence to them being there. They advised us to take a path the other side of the wall which we duly did. Several fields later we arrived at Grassholme Reservoir and as we were making good time we had another break here at a convenient picnic table.​ 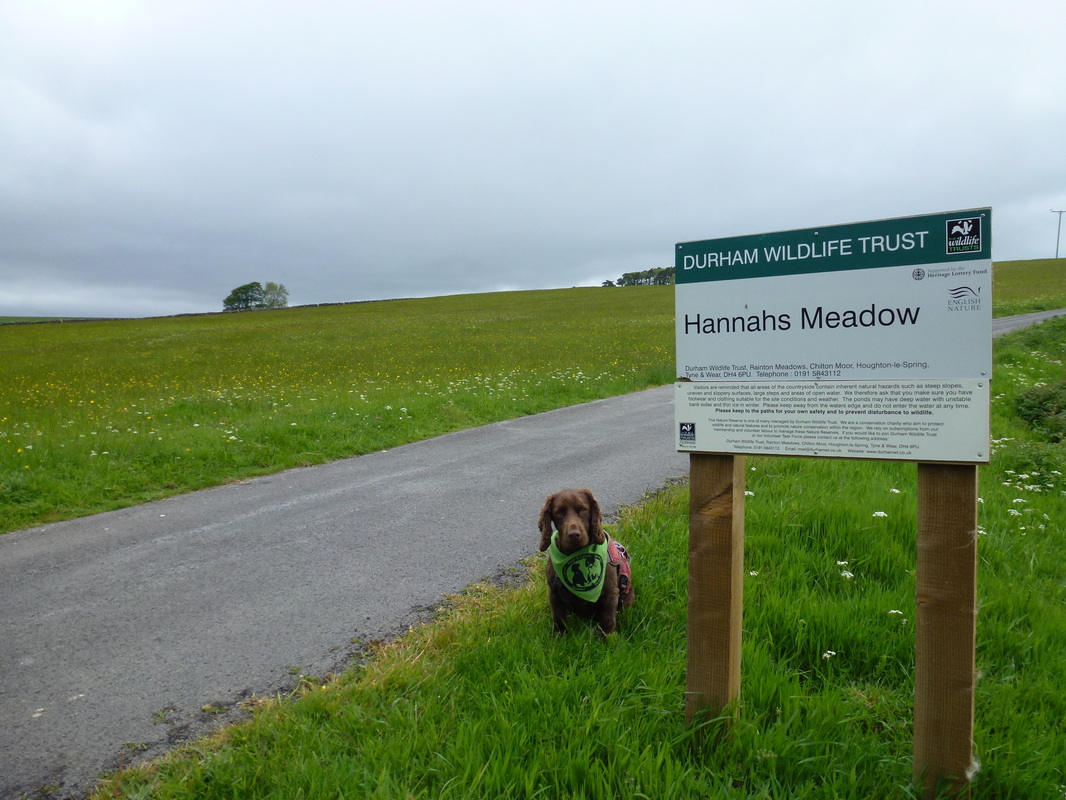 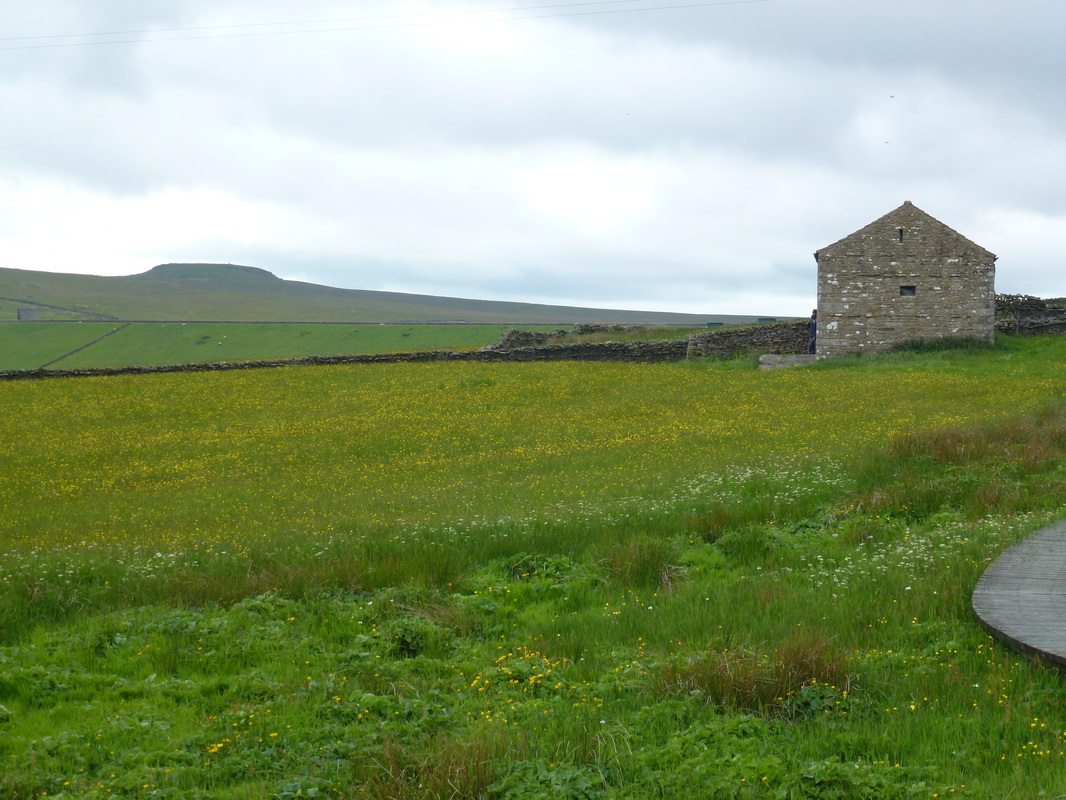 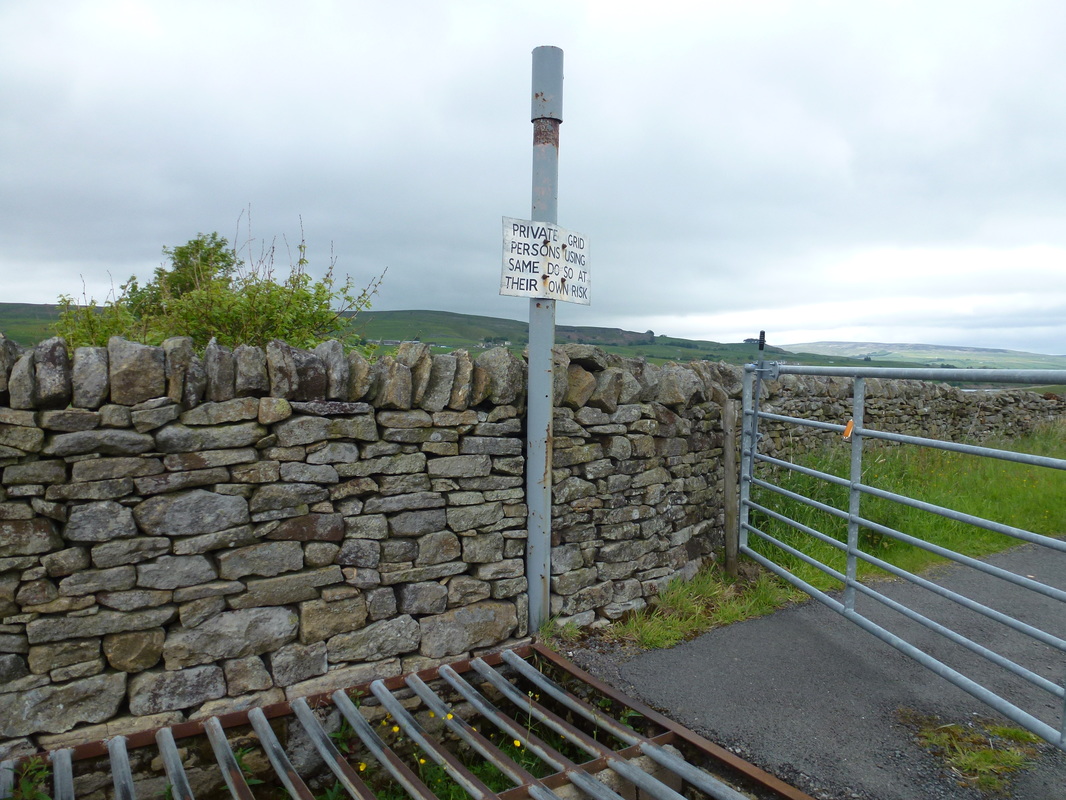 Health & Safety gone bonkers
The route left the reservoir via a road and then headed past Grassholme Farm on a boggy path to reach the B6276. Crossing the road we passed Wythes Hill Farm and then headed to the right of Harter Fell to see our first view of Middleton in Teesdale and also the pretty wooded knoll of Kirkcarrion. The path then dropped gradually over springy turf to reach the bridge at Middleton - we left the route here to walk into the village and our digs for the night at The Teesdale Hotel. We were greeted warmly at The Teesdale therefore after ditching our stuff in the room we repaired to the bar for a couple of quick ones and a fuss from the Chef over Fudge who profited from a couple of slices of Ham.

We ate in the Hotel that night - a superb meal in very pleasant surroundings with copious amounts of a very good Black Sheep. Sleep came very easy that night.​ 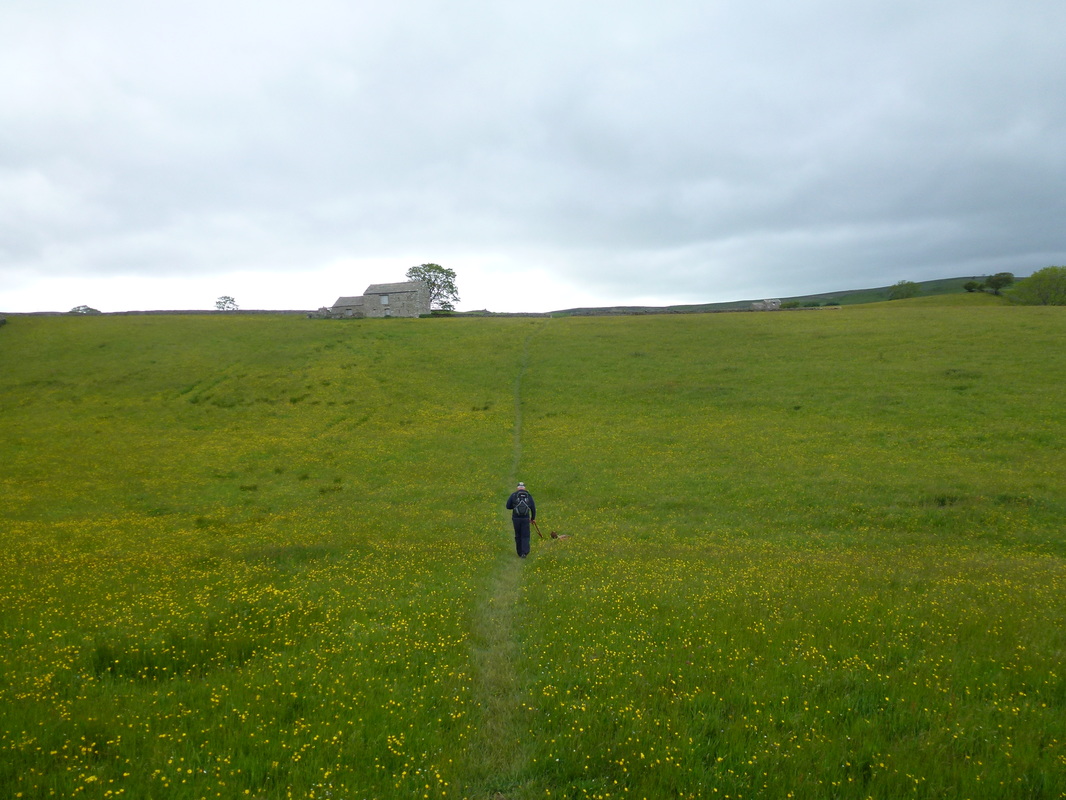 Over the fields towards Middleton we go 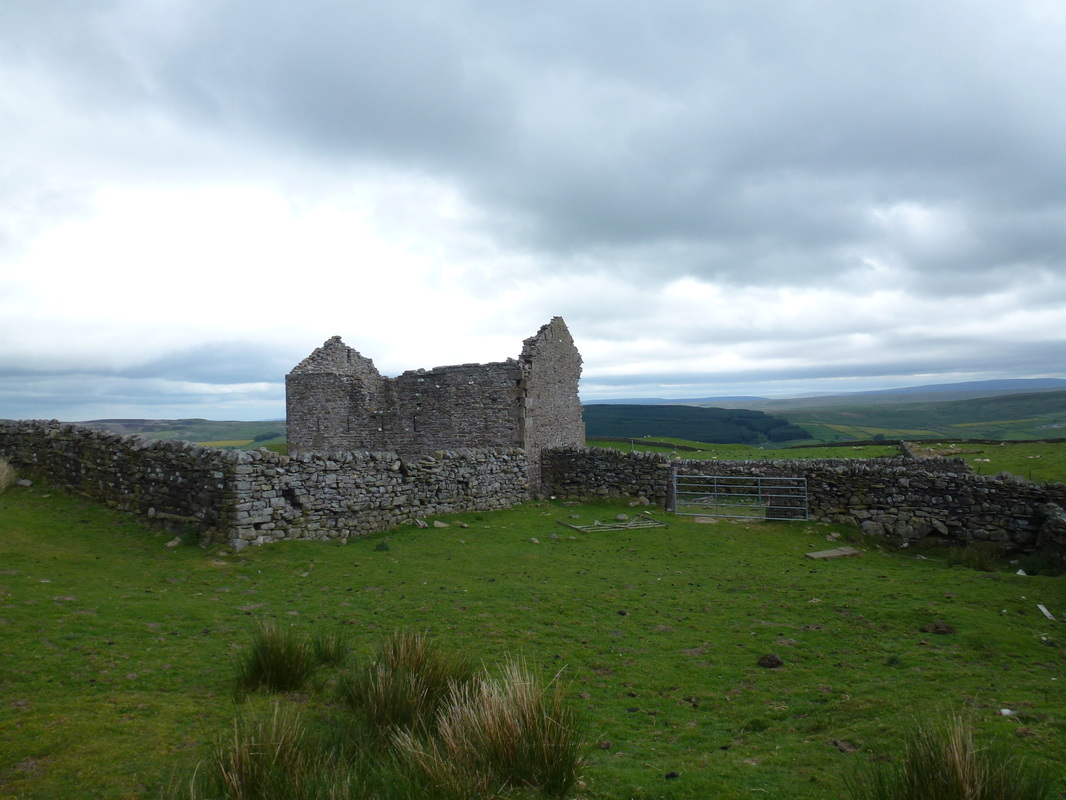 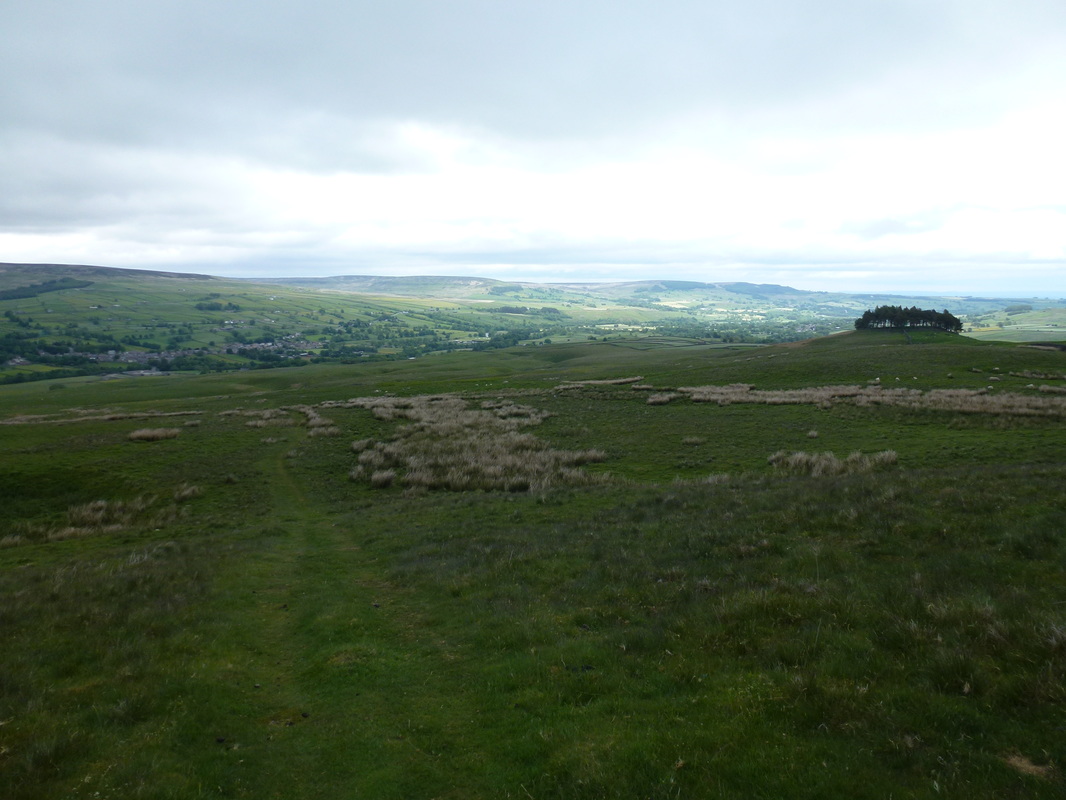 Middleton ahead with the wooded knoll of Kirkcarrion to the right.
​The trees were planted in 1936 and are said to sit atop the burial place of a Bronze Age Chieftain 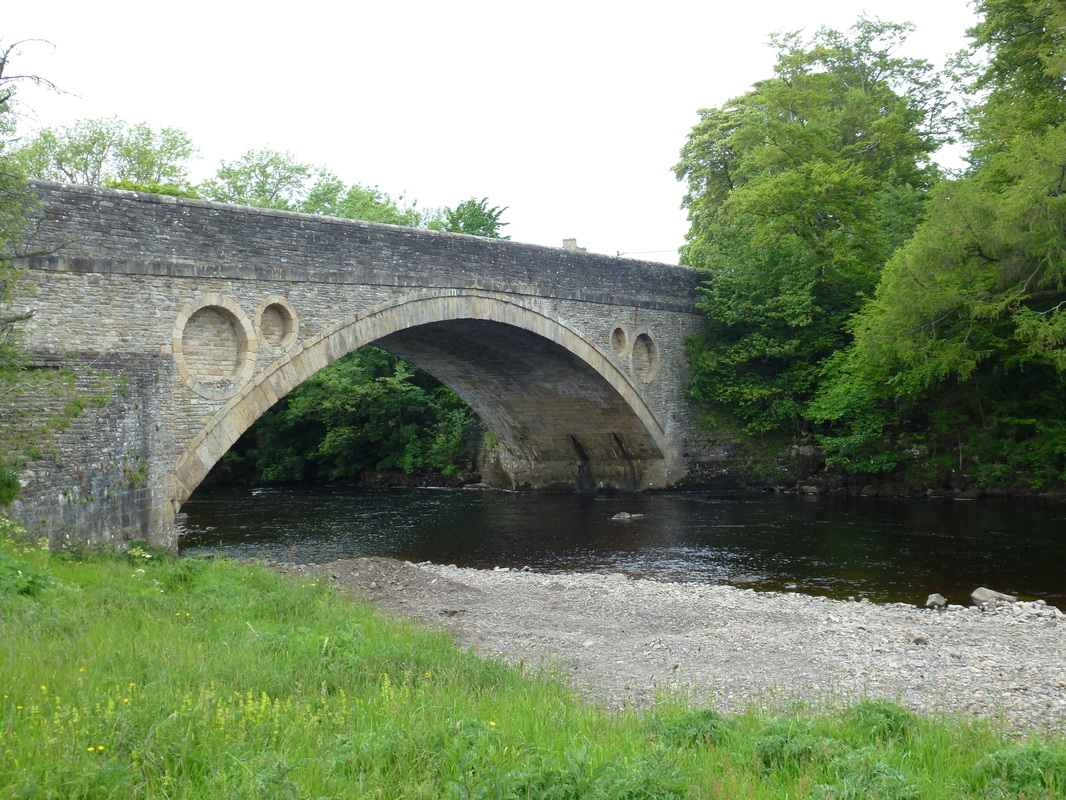 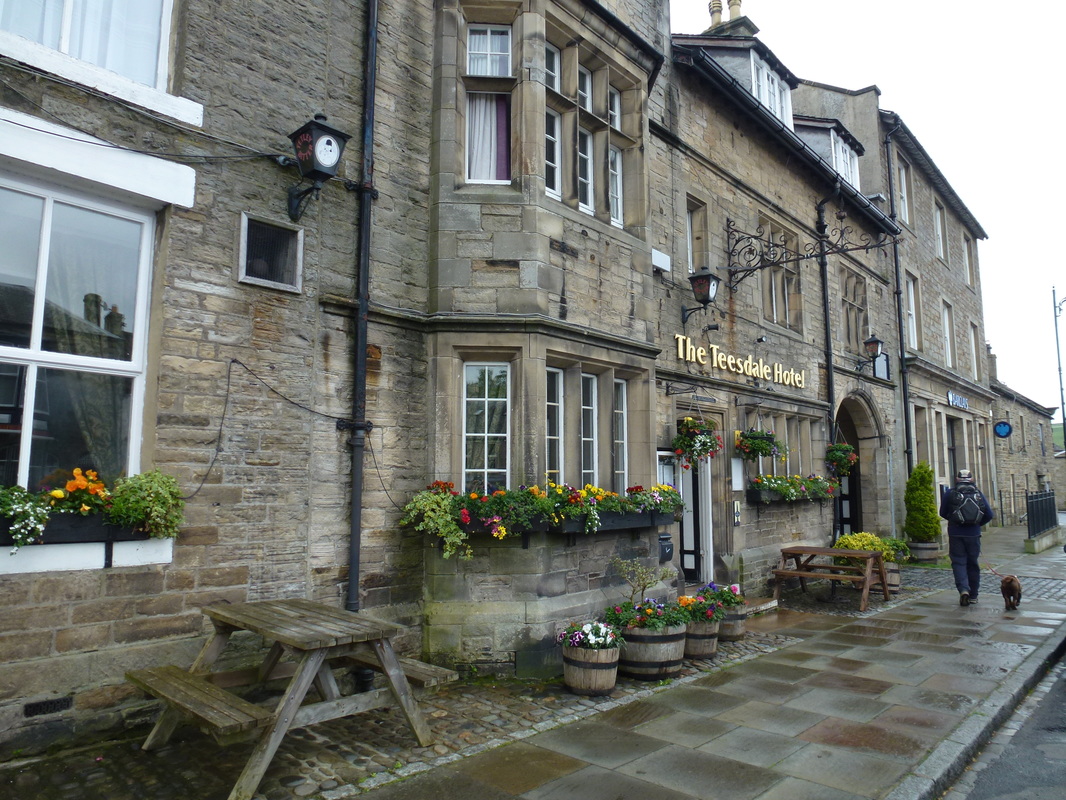 We really enjoyed our stay here. Run by good people with a great staff for which nothing was too much trouble. The food was superb and the Chef made a right fuss of Fudge. Would definitely eat and stay here in the future.​
Day 11 Data
​© Copyright Dave Walsh 2013 - 2022 All Rights Reserved