Mountain paths for the most part with some road walking at the start & finish. The ascent of Mellbreak from the North appears daunting at first but is on a generally good path.  There is some scree to negotiate for the majority of the ascent.

Overcast with some sunny periods

OL4 The English Lakes (North Western Area)​
​If the above GPX file fails to download or presents itself as an XML file once downloaded then please feel free to contact me and I will send you the GPX file via e-mail.  ​​ 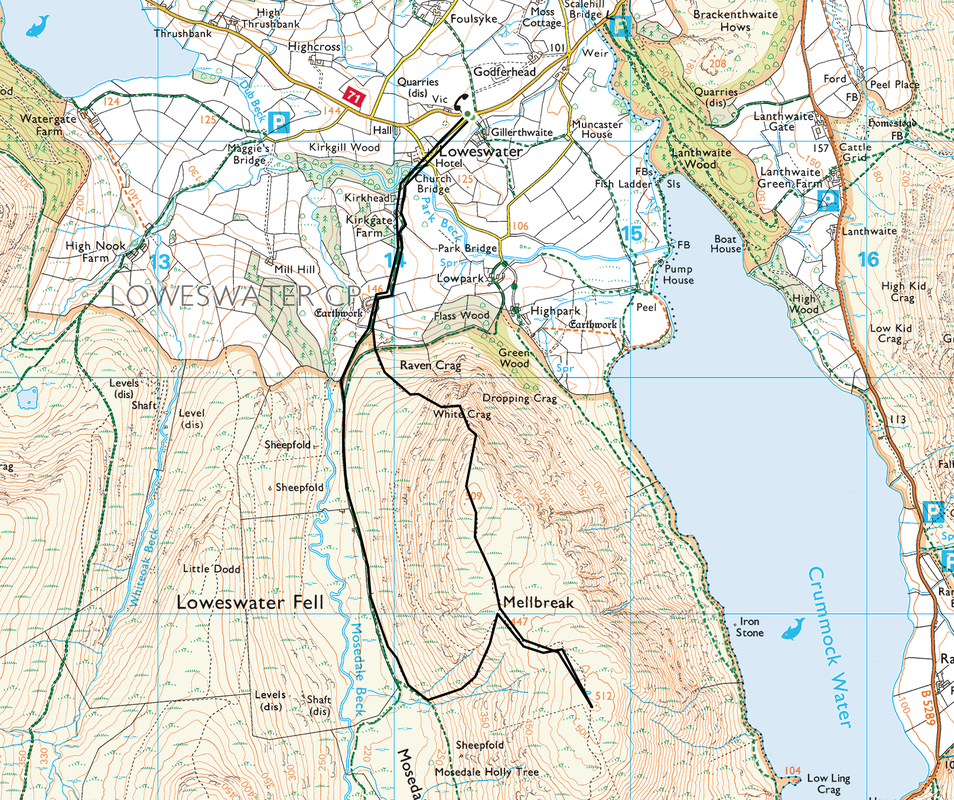 ​When seen from the summit of Grasmoor or Rannerdale, Mellbreak always seems to be inviting you over Crummock Water, willing you to come and climb it. We had never been up the fell before therefore with a few hours to spare on a Sunday we drove over to Loweswater in order to rectify this. We had decided to visit both summits by way of the North Ridge, a route most people climbing the fell use, however there are other routes to the top.

There are various parking places in Loweswater - we parked by the village phone box and walked up to The Kirkstile Inn and past the lovely church of St Bartholomew before walking over Church Bridge, past Kirkgate Farm and down the walled bridleway to reach a gate. We took the path straight ahead through a firebreak that splits a small group of larches before we reached the open fell side.

Once through the initial bracken path the route made its way to the foot of a long scree incline which zig zagged its way up the fell. We needed to take a bit of care here as the stone was very loose in places but it was just a case of taking our time and soon enough we were through the rocky gateway and whilst the ascent was still steep, the path was much better all the way to the North summit. There are superb views back over Crummock Water and to the Vale of Lorton from both the ascent and summit.

From the North summit, the South top is reached by way of a large wide depression and once attained there are fantastic views down over Buttermere and the High Stile ridge. Finding the correct route off the fell requires some care as there are paths appearing all over the place but it is just a question of heading back over to the North summit to roughly half way and the path appears to the left swinging in the same direction after a while to reach the Mosedale valley floor below. It is now just a simple case of following the very good path back to the walled lane and on to Loweswater.

If you have a spare few hours then climbing Mellbreak is a delightful way to spend them. 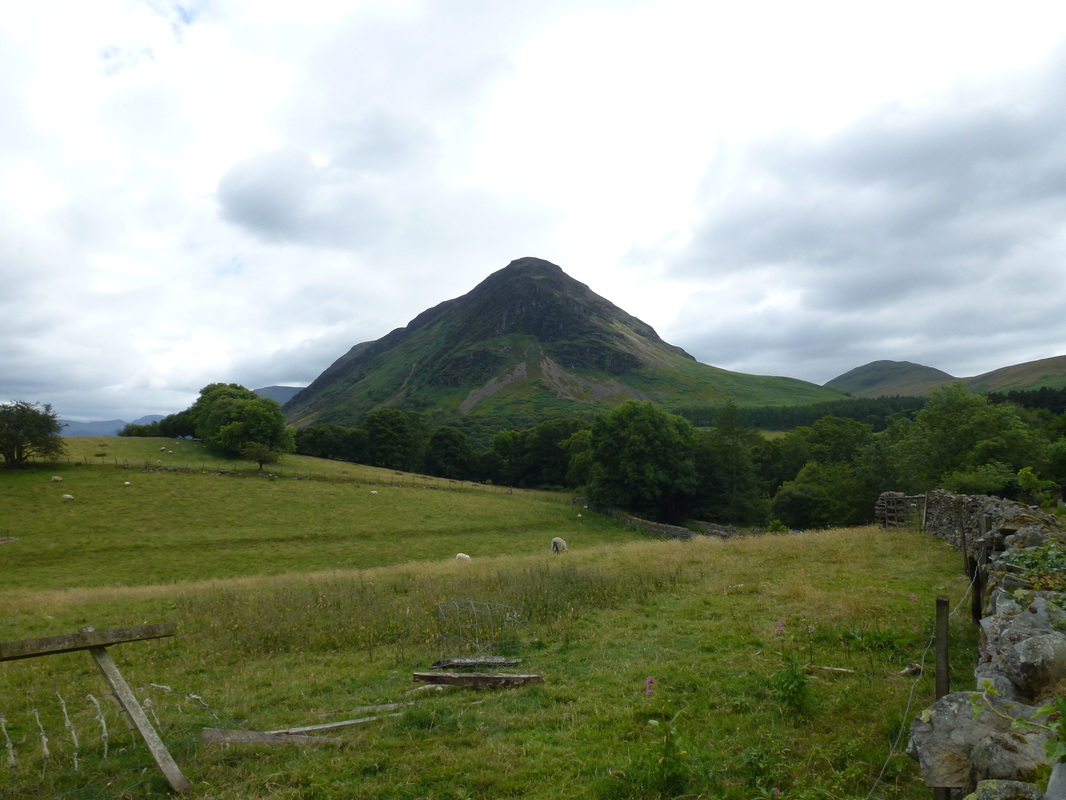 Mellbreak from the walk start point in Loweswater 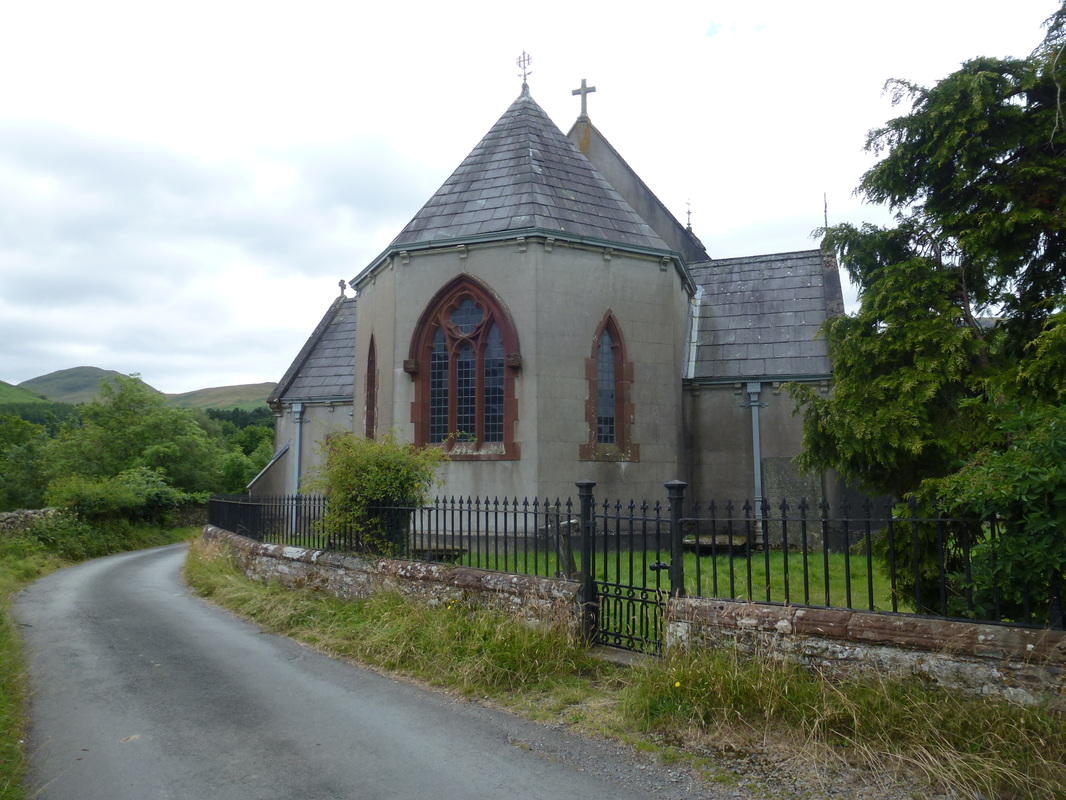 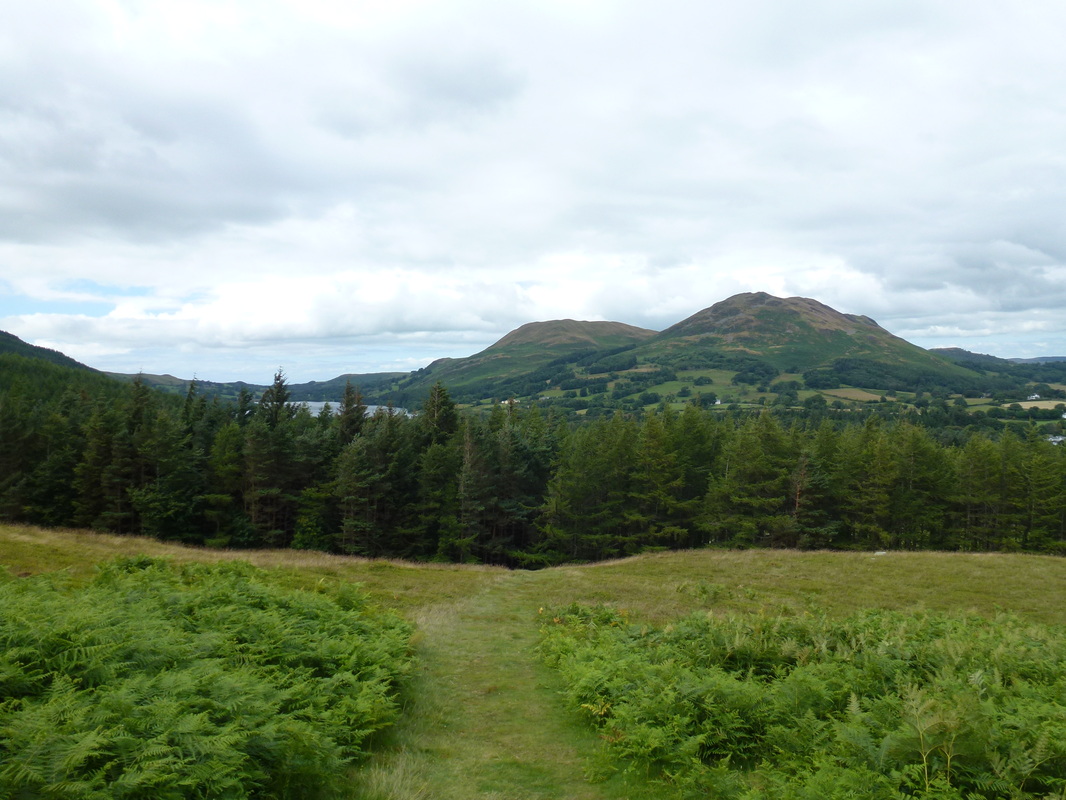 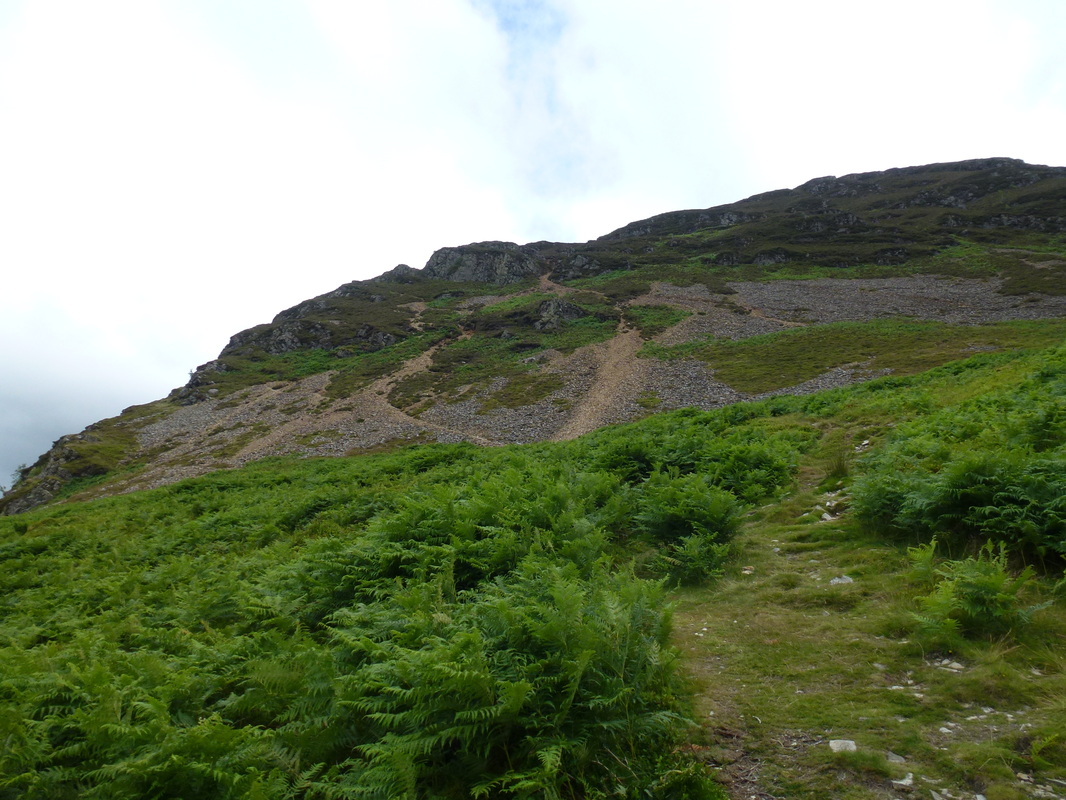 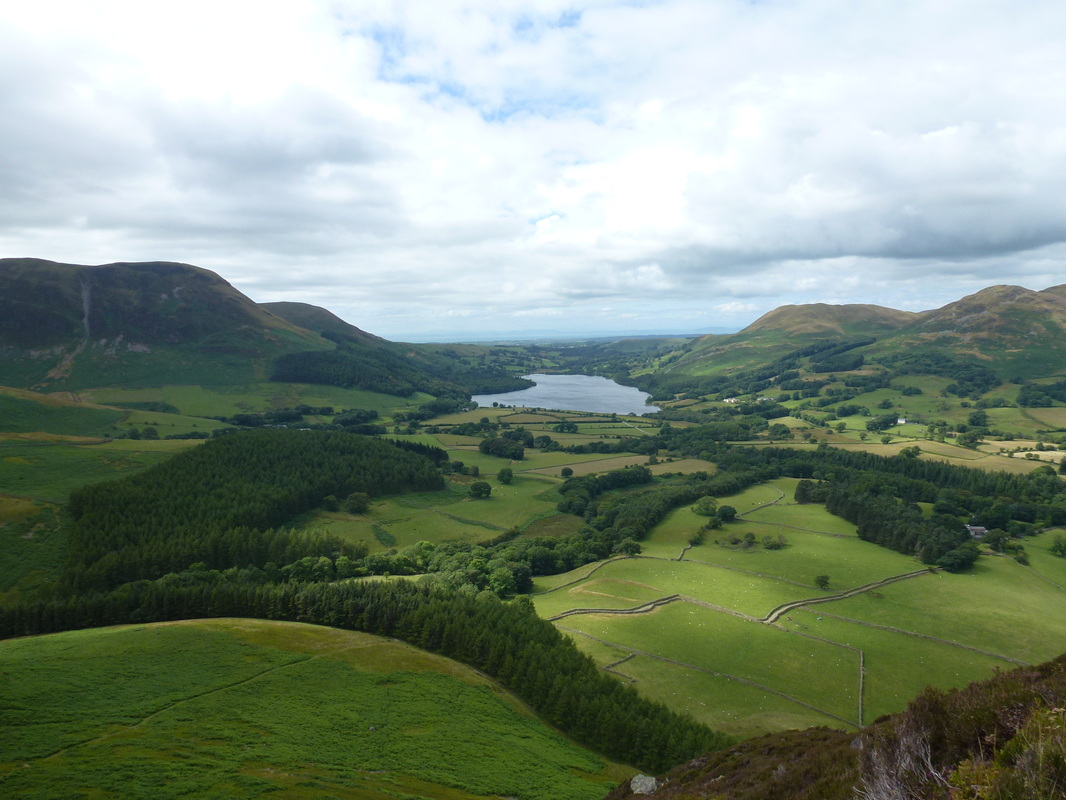 Loweswater from the scree slope.  Carling Knott & Burnbank Fell to the left with Darling Fell & Low Fell to the right 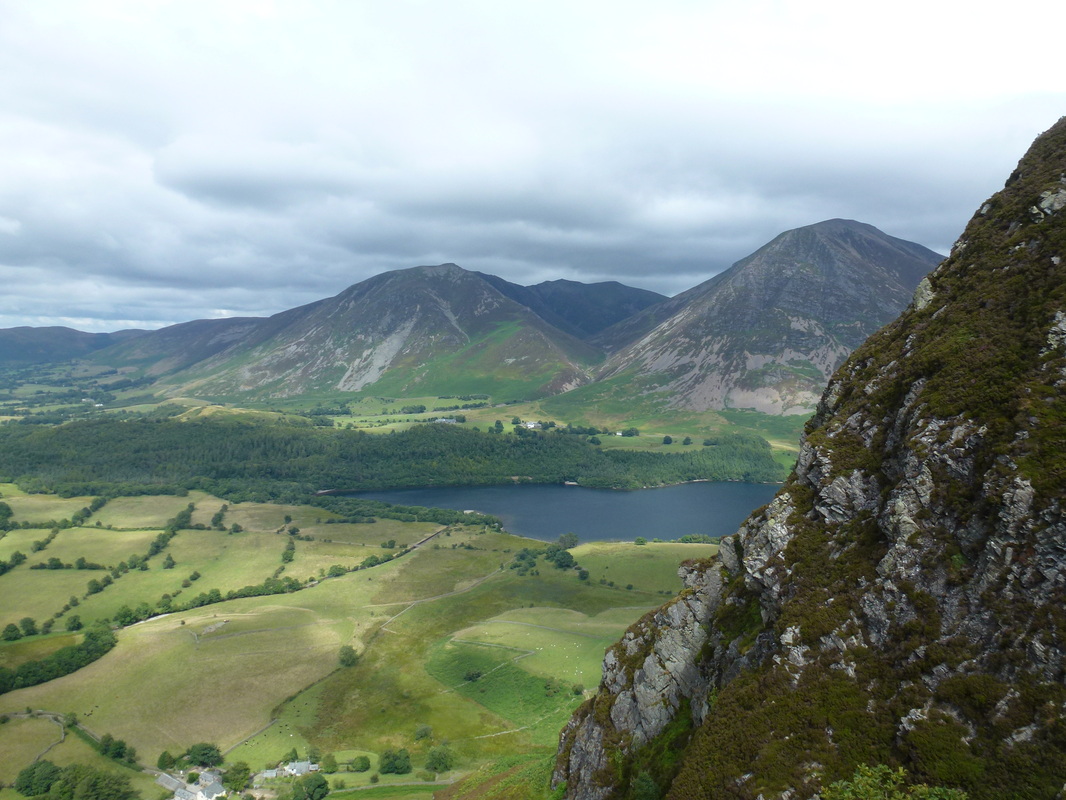 The North End of Crummock Water with Whiteside, Hopegill Head and Grasmoor to the rear 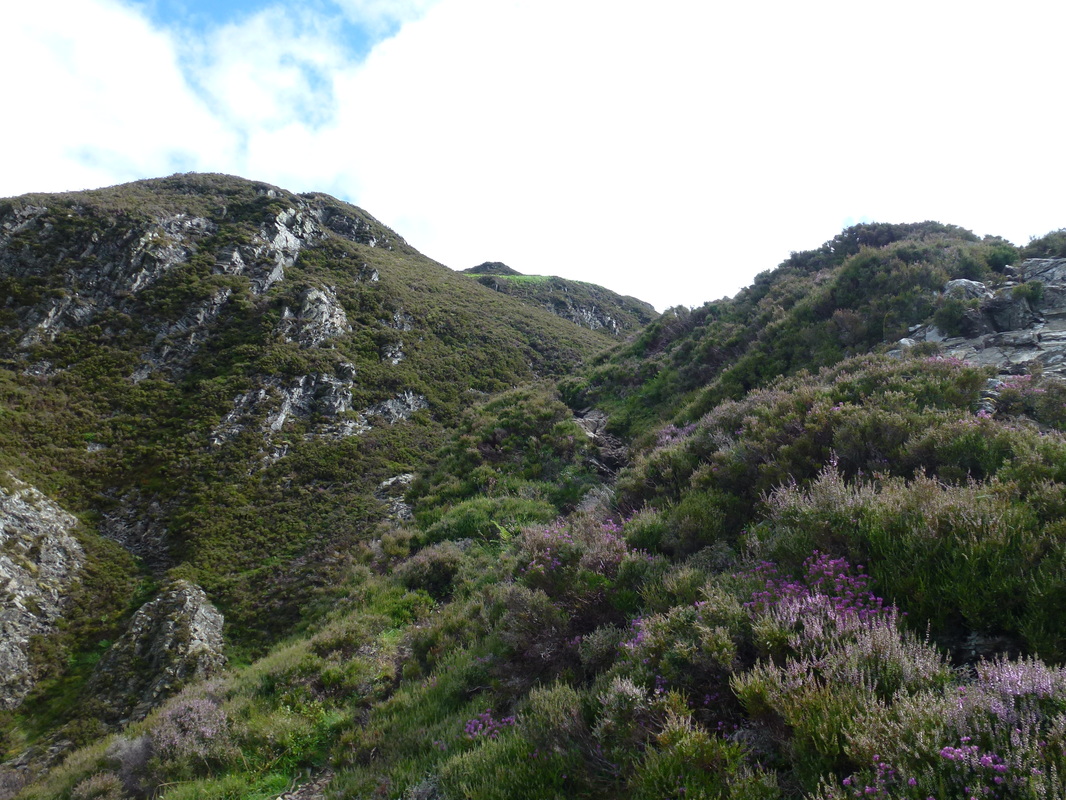 The scree slope eases just past the rocky gateway 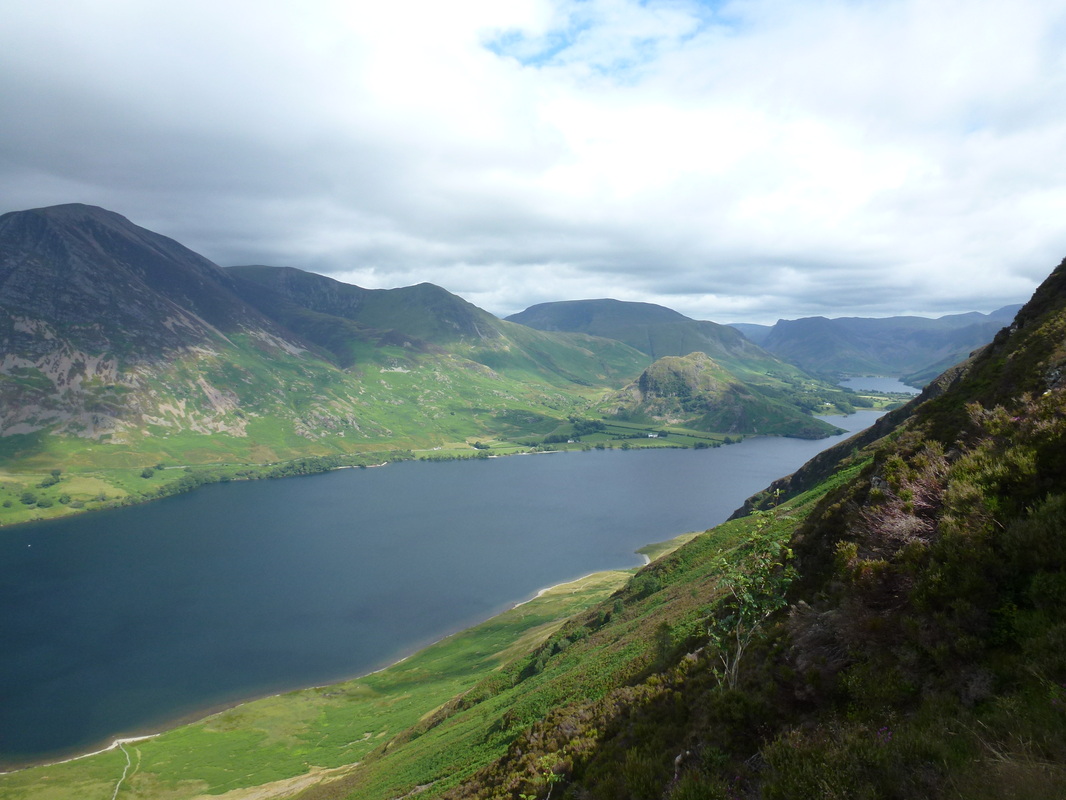 To the left of the path, it is worth seeking out this view over Crummock Water & Buttermere which Wainwright described
​ as a "lovely peep around a corner" (Mellbreak 4 & 5).  Left to right are Grasmoor, Wandope, Whiteless Pike, Robinson, Rannerdale Knotts & Fleetwith Pike. 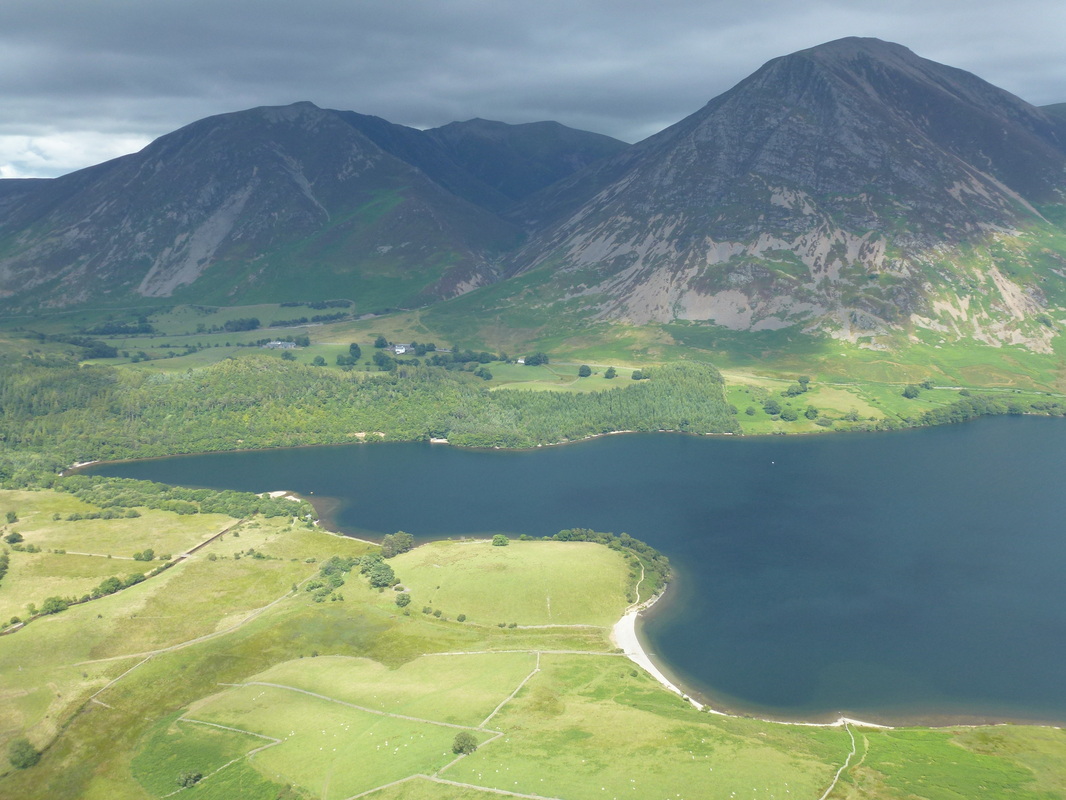 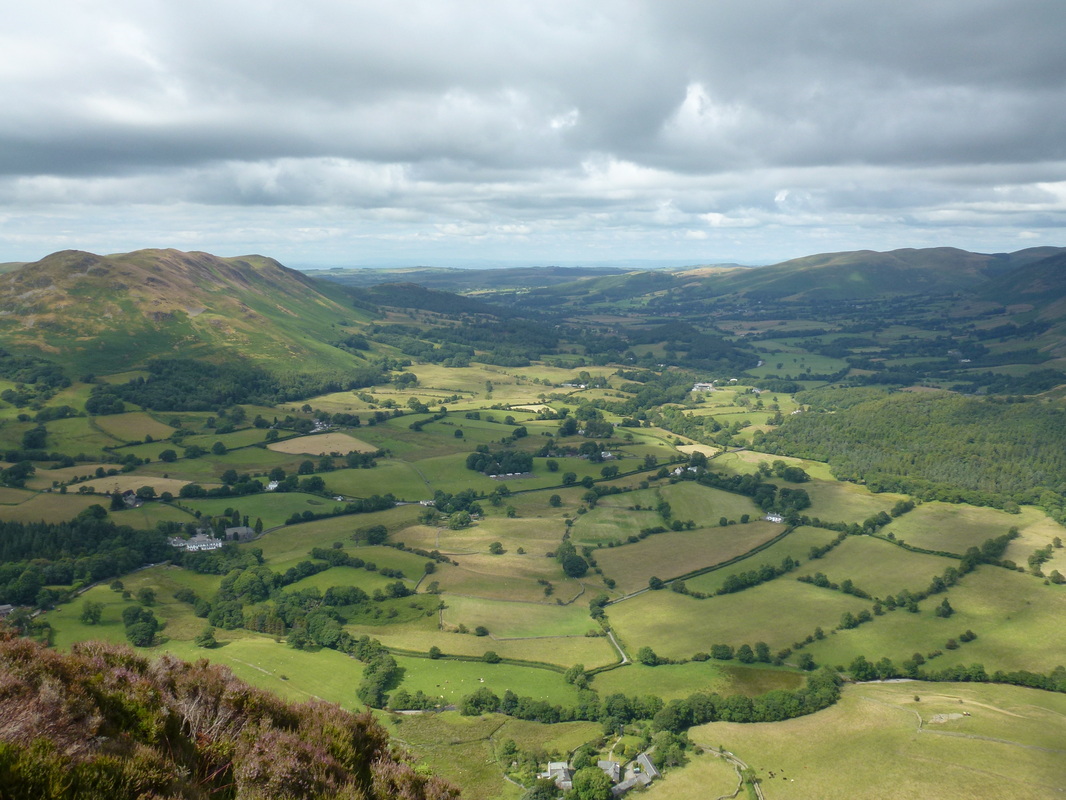 The Vale of Lorton 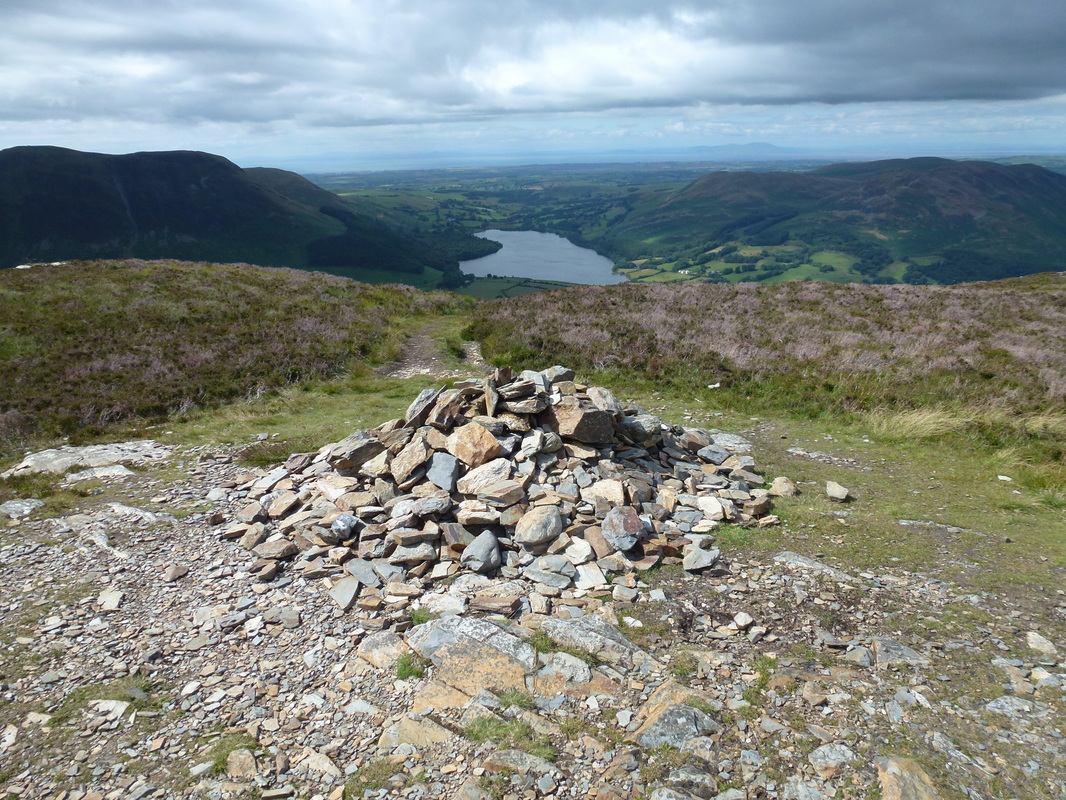 The north summit of Mellbreak 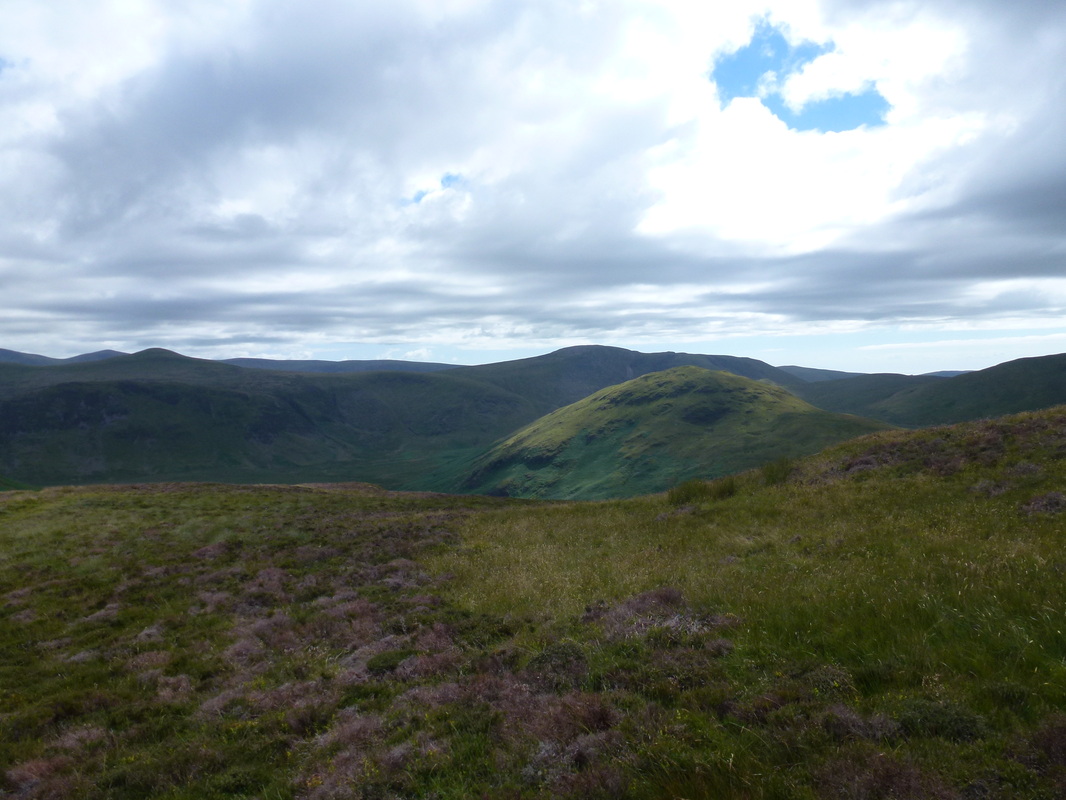 Hen Comb with Great Borne to the rear 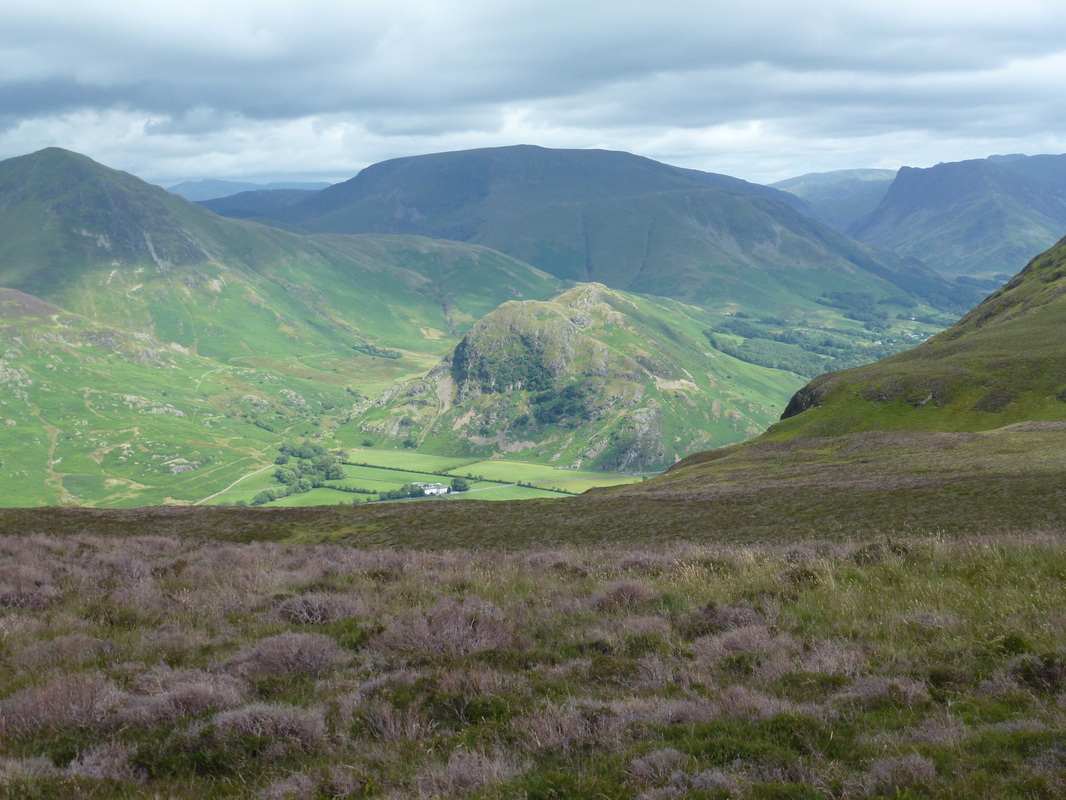 Whiteless Pike & Rannerdale Knotts with the huge bulk of Robinson behind 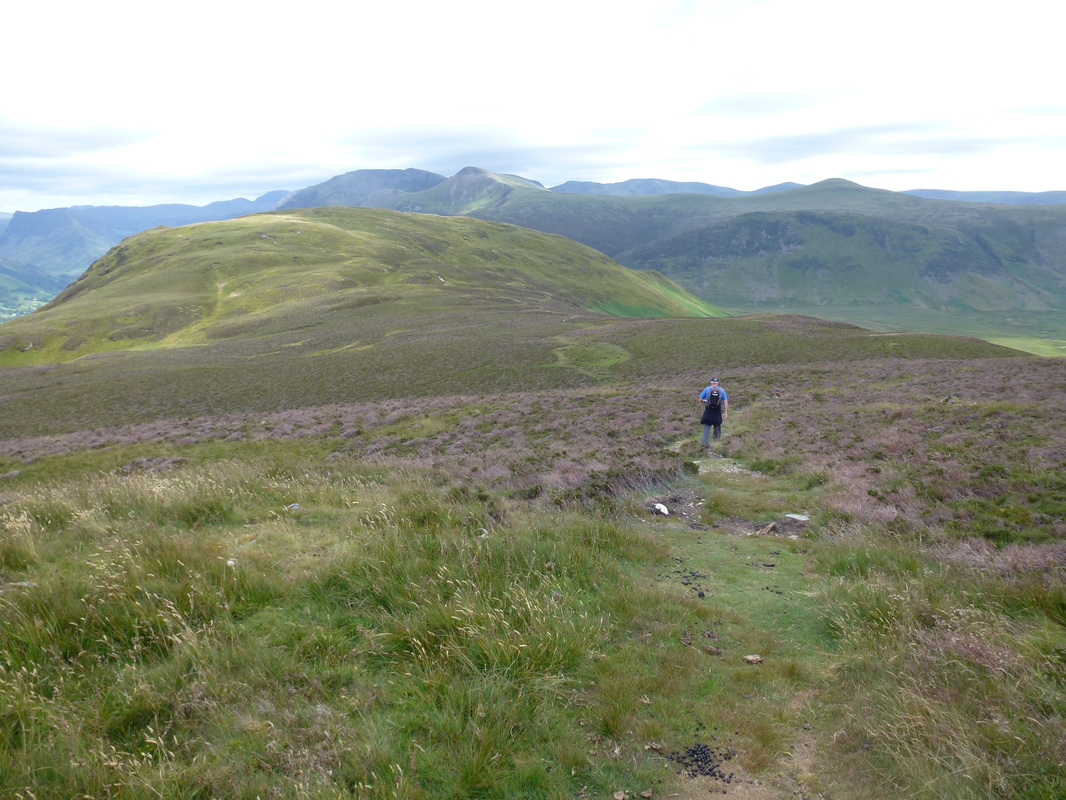 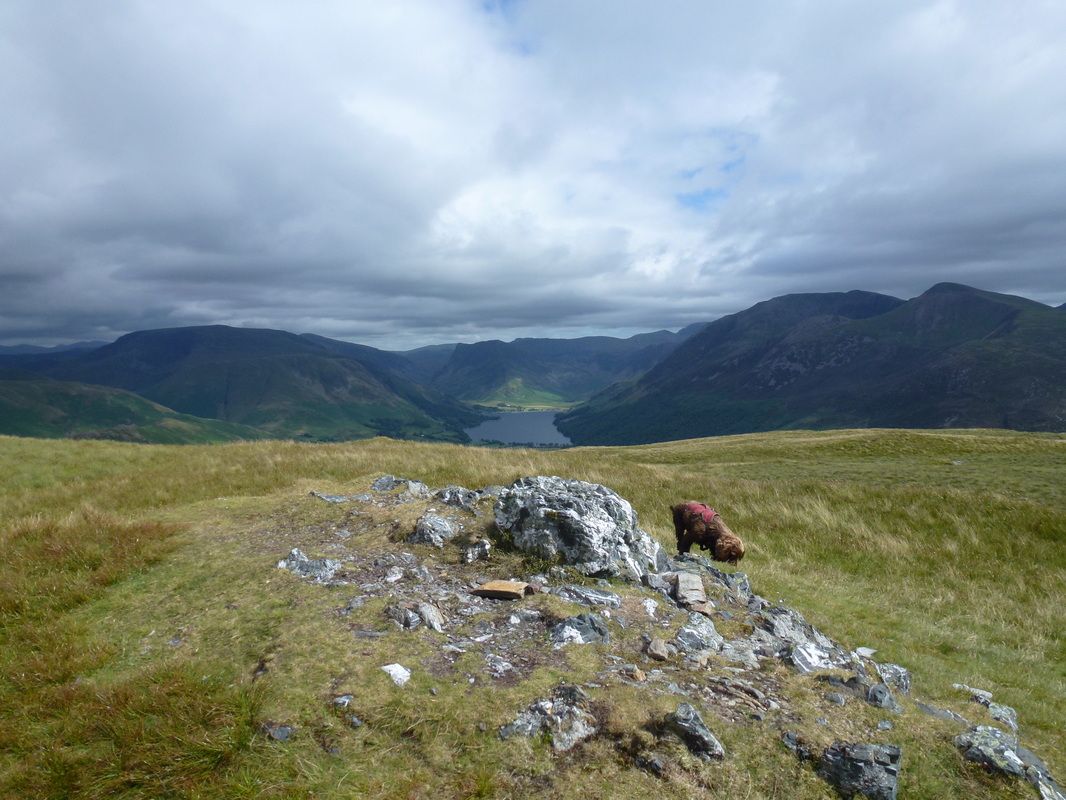 The south summit of Mellbreak 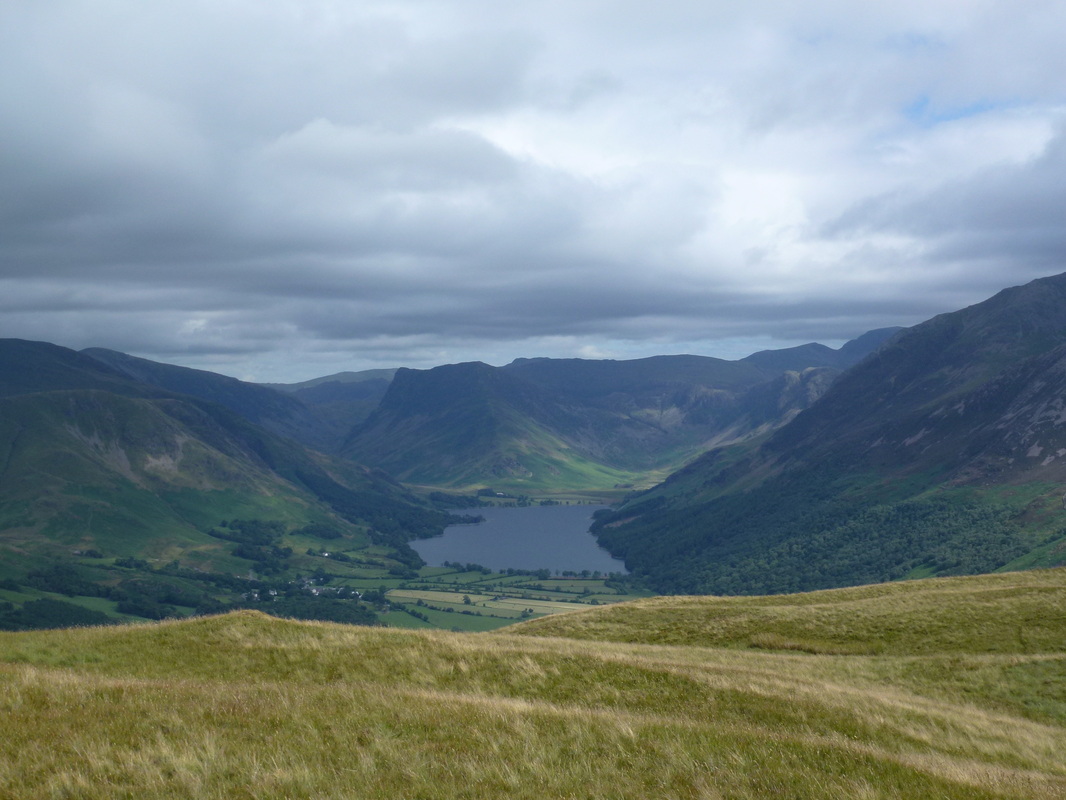 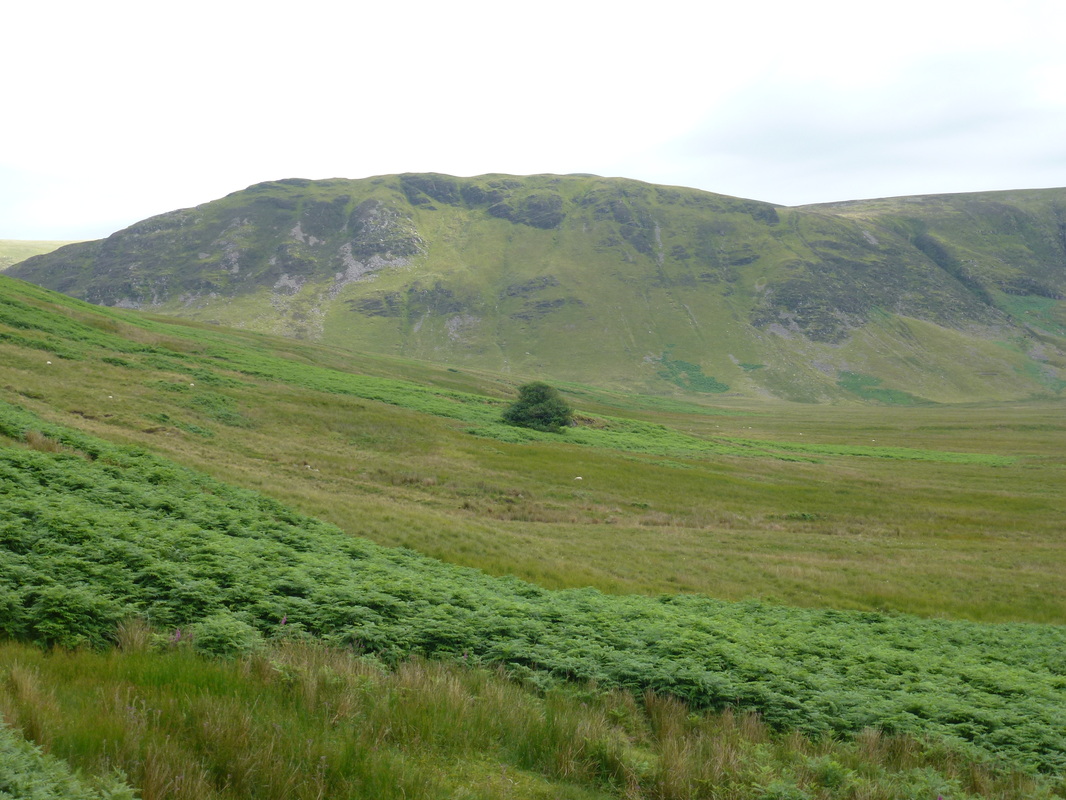 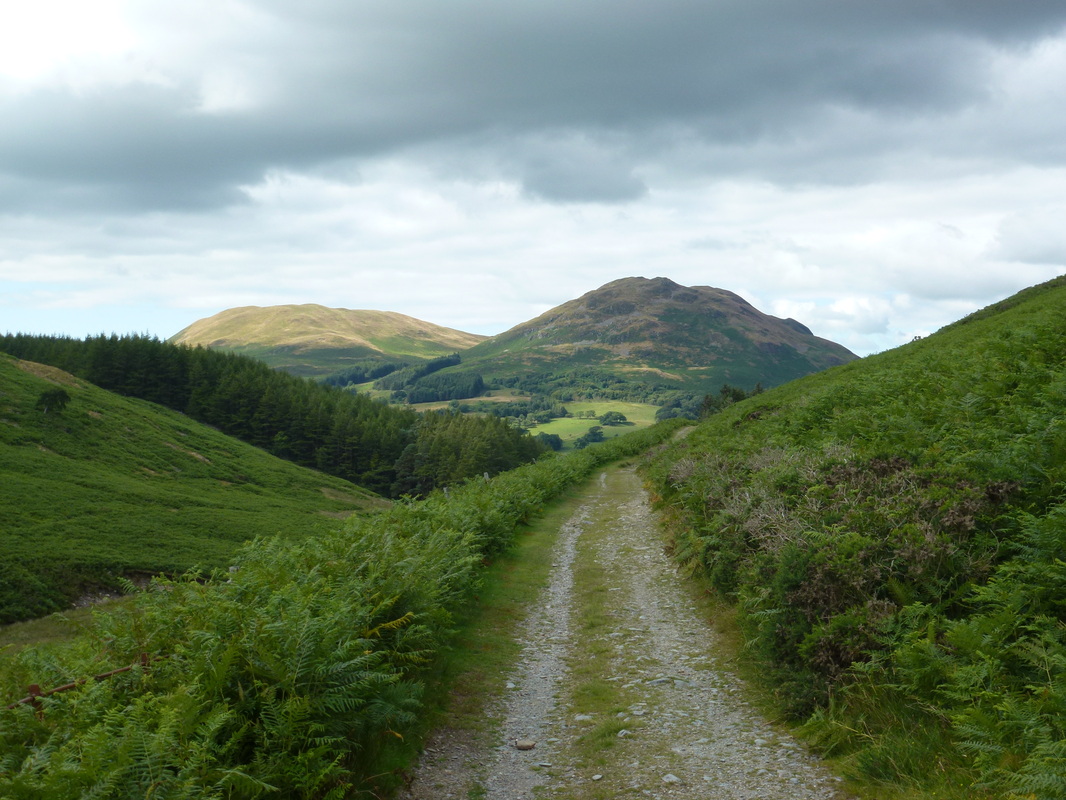 Heading back along Mosedale to Loweswater 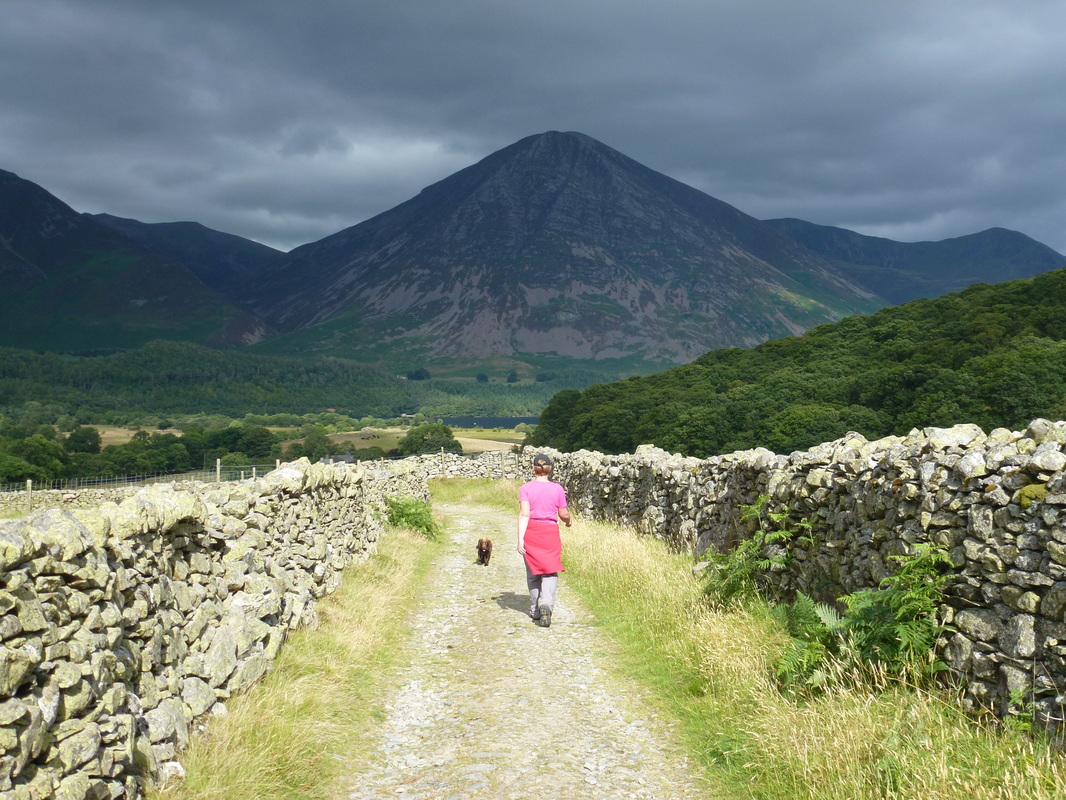 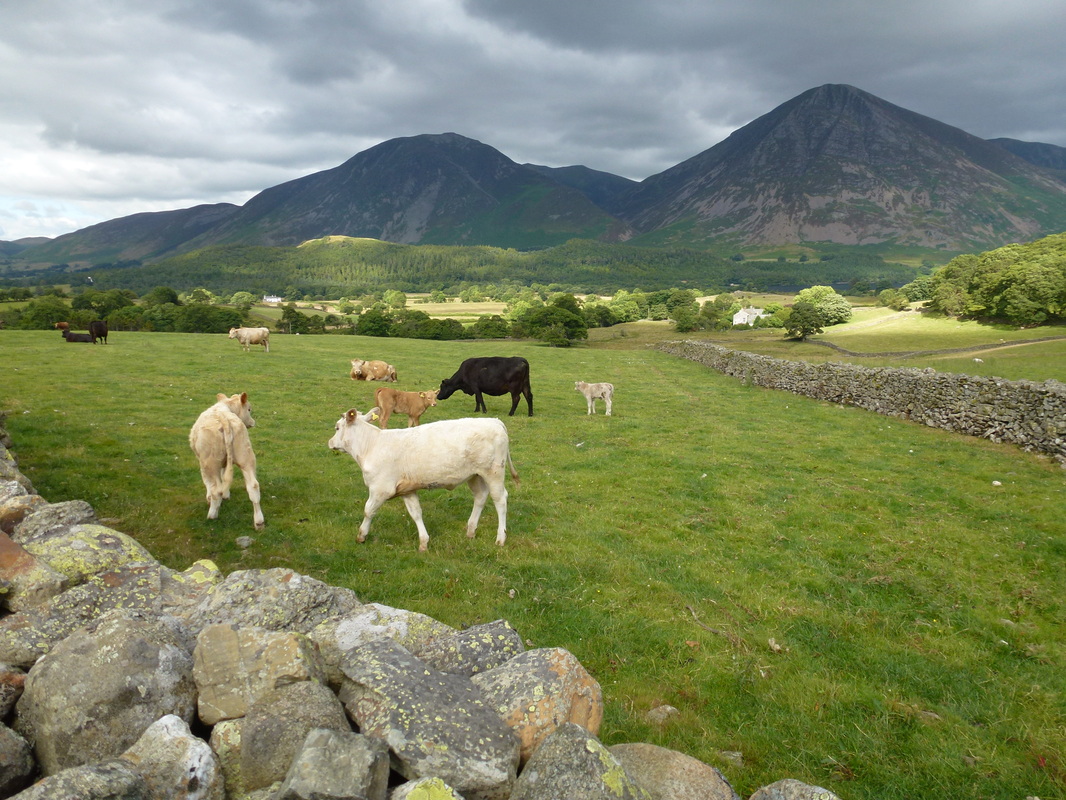 What a load of bullocks 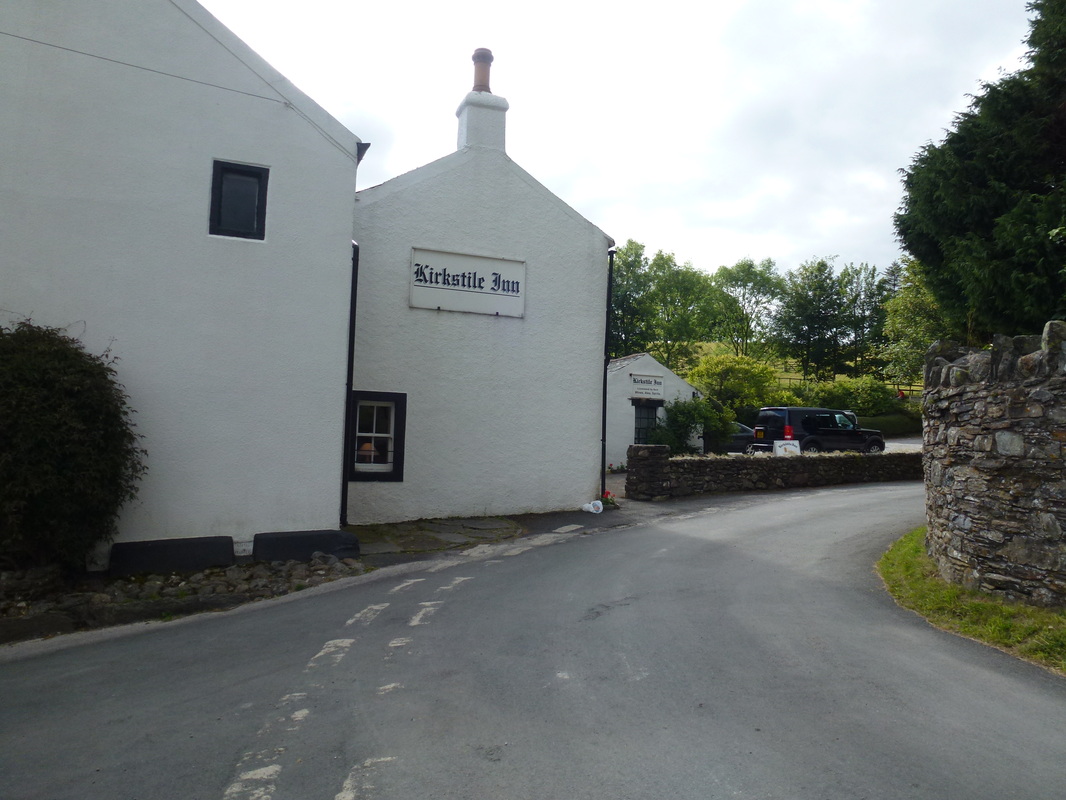 Back at Loweswater - silly not to I suppose
Home