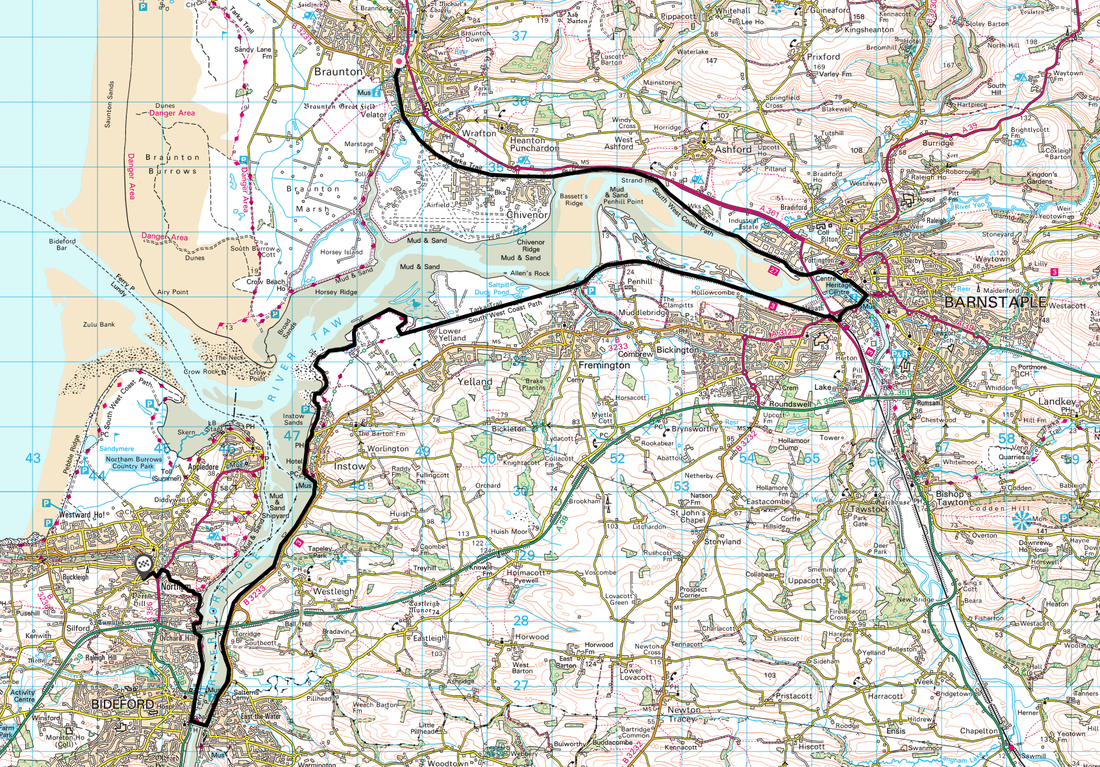 An almost 17 mile day today and one in which the weather forecast of intermittent gusts and constant drizzle was not looking too favourable - the joys of long distance walking on a strict itinerary - you just have to get on with it. After an average breakfast, James the owner very kindly gave us a lift back into Braunton where we topped up with First Aid stuff and bought some pasties for lunch. A flat day all the way with intermittent poor weather and to be honest it was a bit of a dull trudge. The one highlight was the cafe at Fremington Quay and whilst we had to sit outside, the drizzle stopped for long enough to enable us to eat their lovely cake without getting wet.

Leaving Fremington we met a couple from Bude who were walking the path in stages and we walked with them for a couple of miles. Decided not to take the path around Instow and instead remained on the old railway track all the way to the village. The overcast conditions and intermittent drizzle continued to Bideford which was an assault on the senses and extremely busy. Walked off route to Northam and had our supper at The Durrant Hotel - this gave us a chance to dry off a bit before we checked in to the B&B. Called Harry at Sundene who informed us he had upgraded us to their self contained flat therefore loads of room and also a washing machine!! Winner!!​ 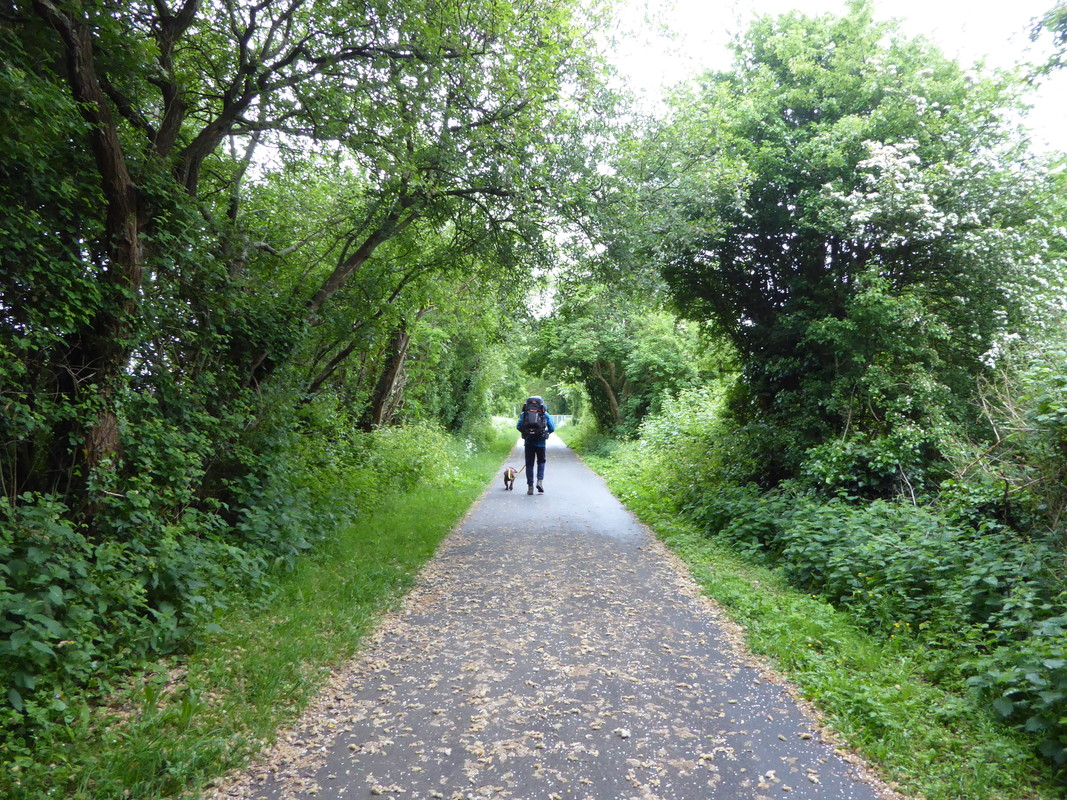 Leaving Braunton the path heads along the perimeter of Chivenor Barracks 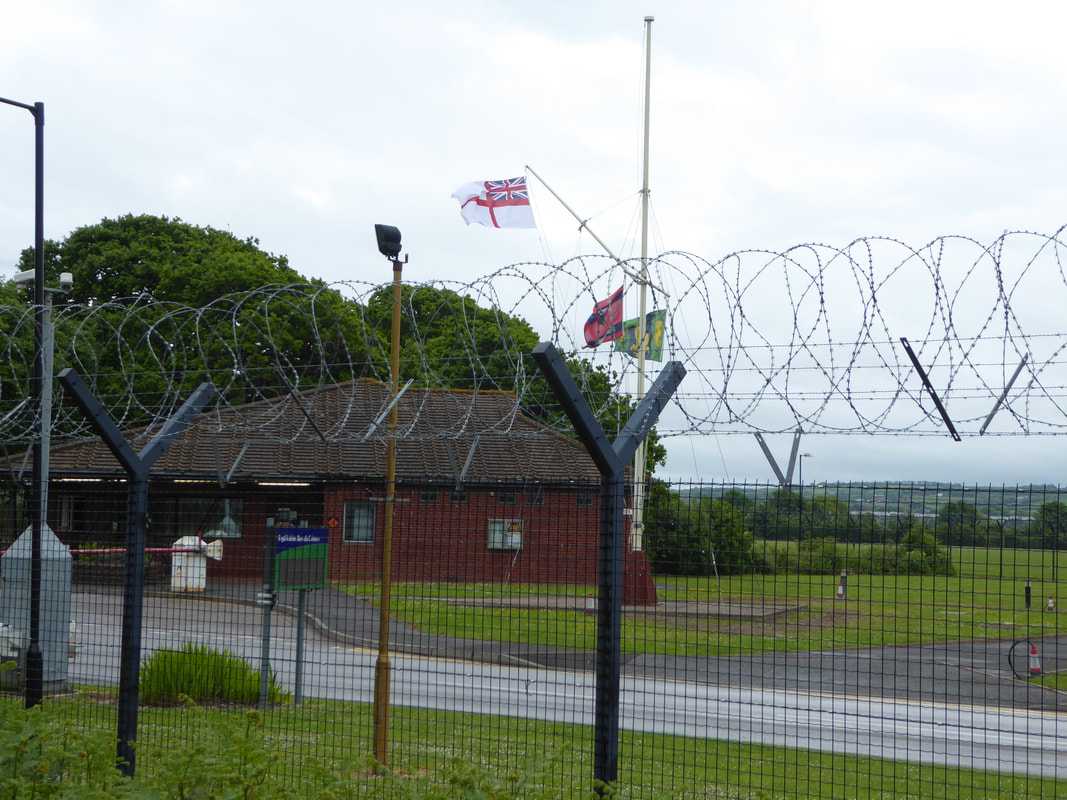 Nice to see the White Ensign fluttering in the wind 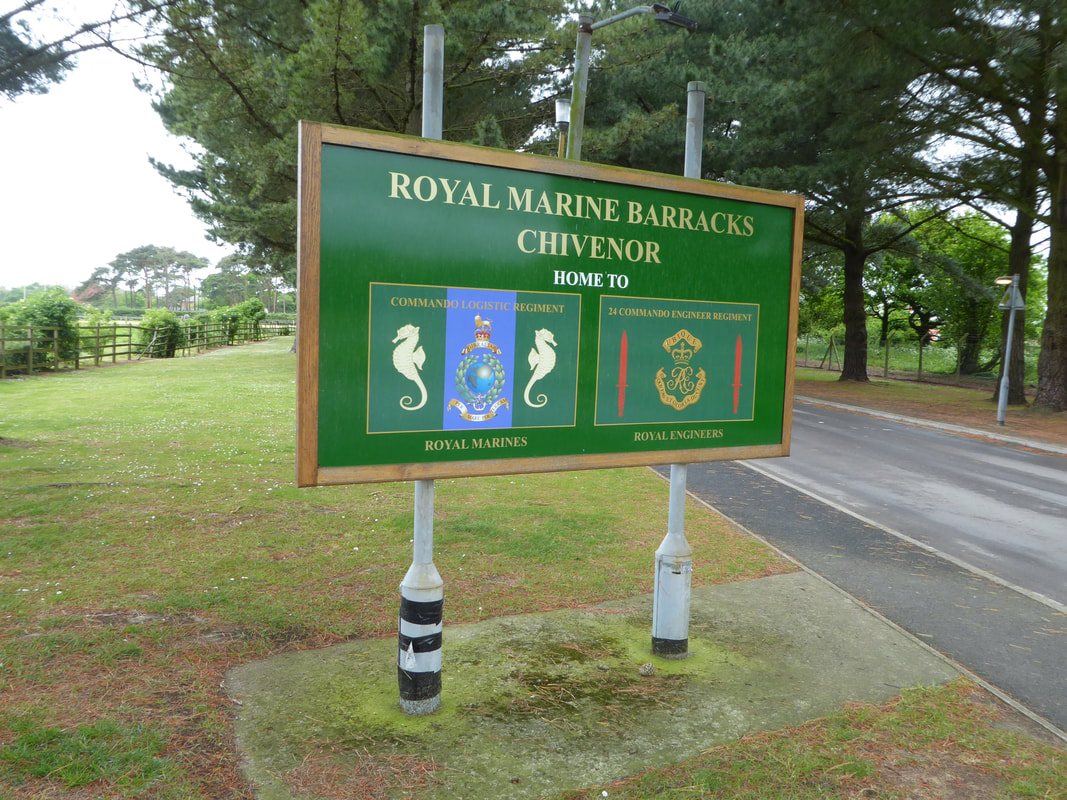 The main gate at RMB Chivenor 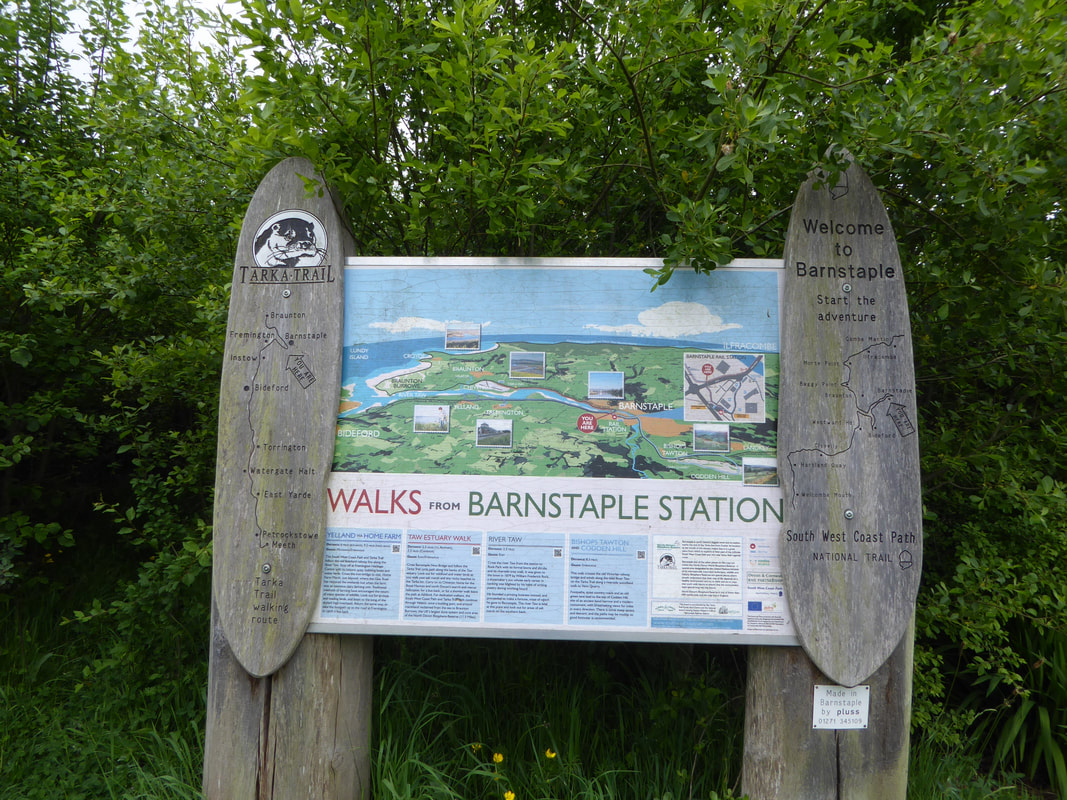 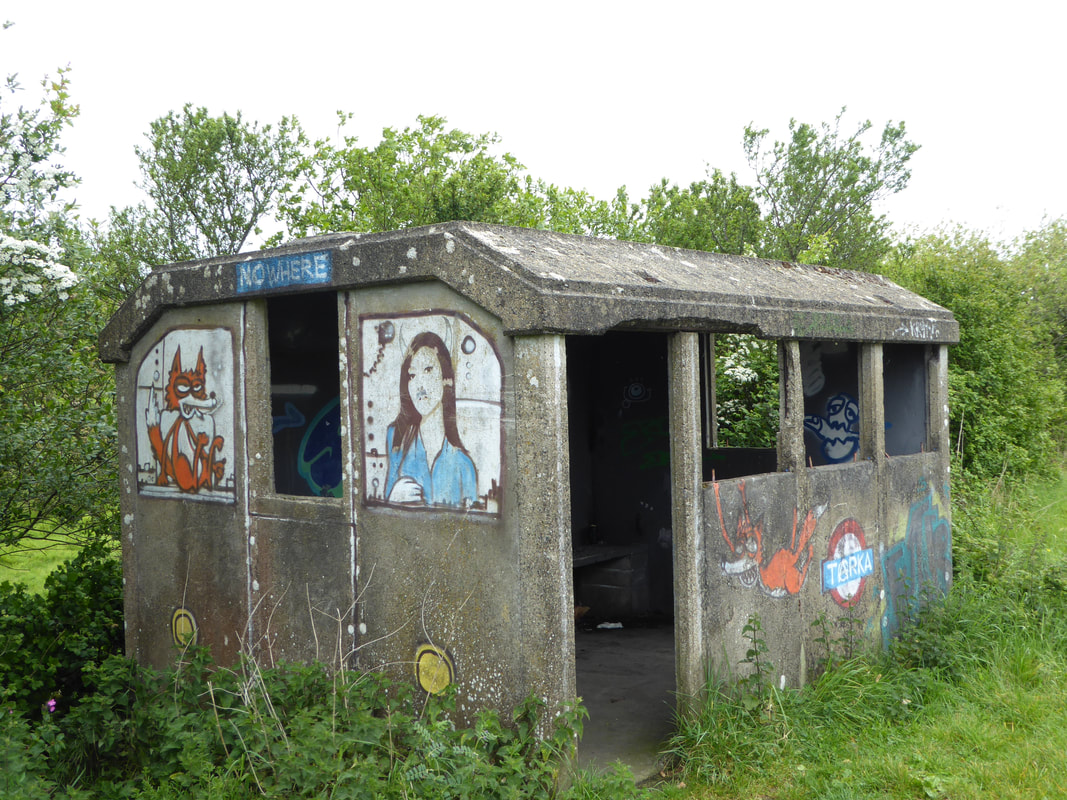 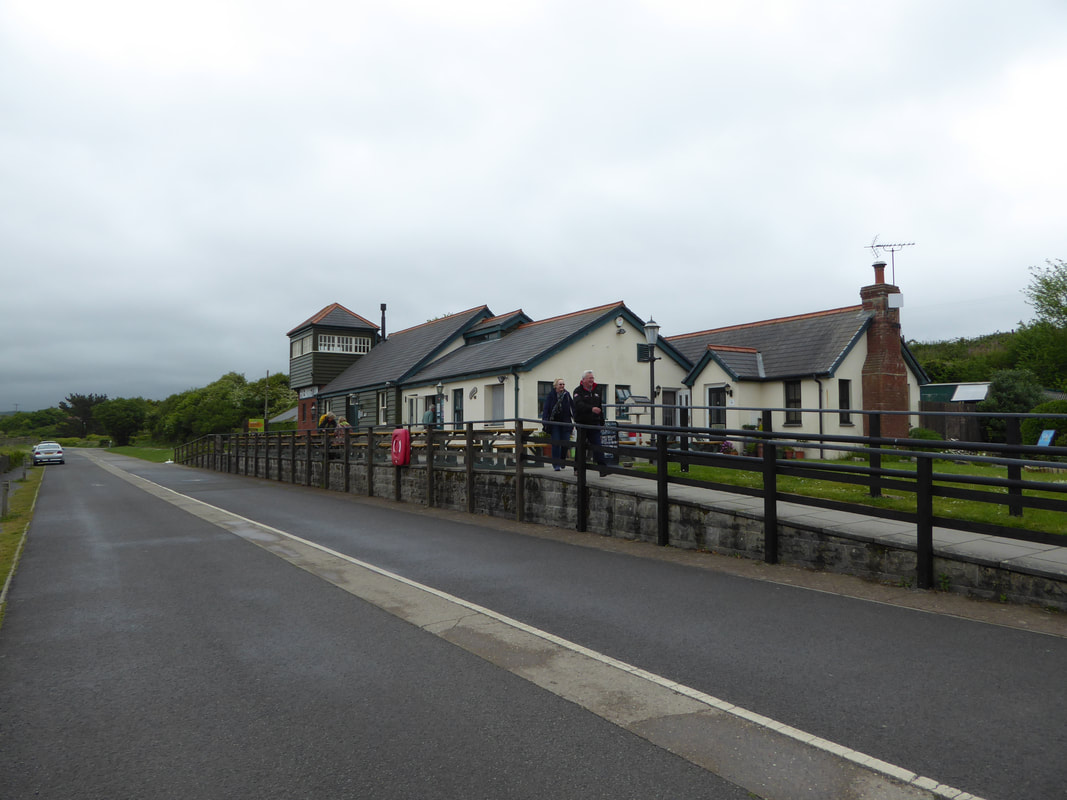 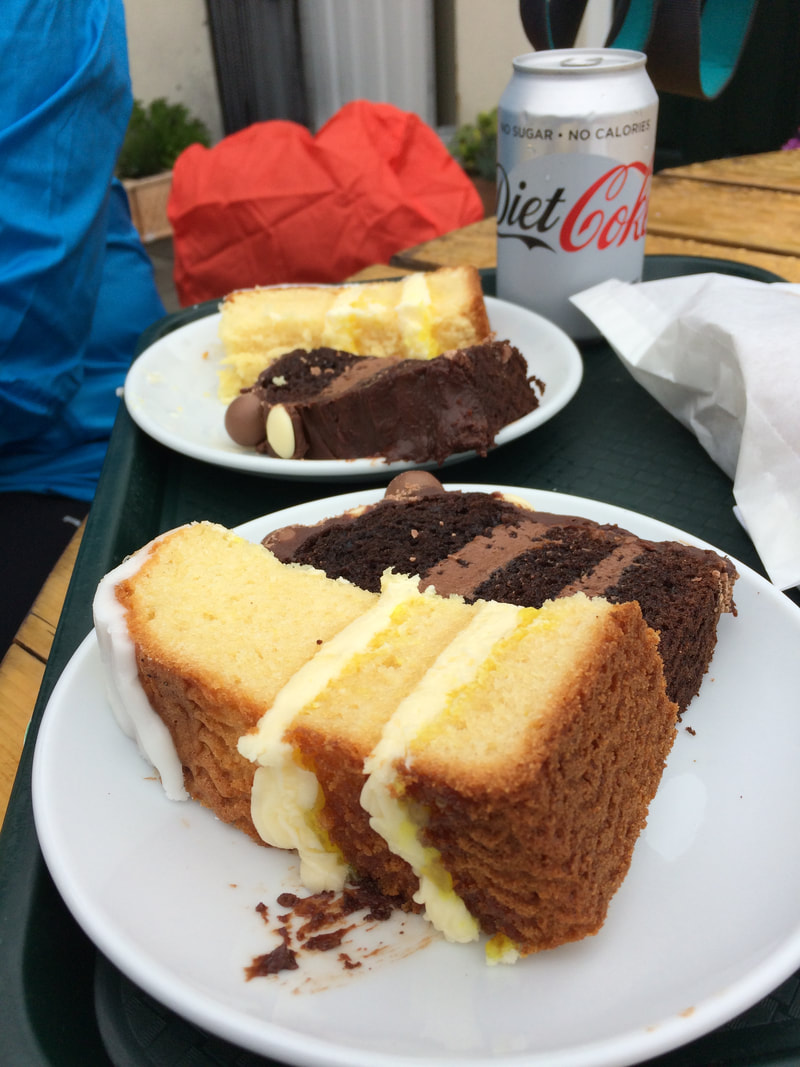 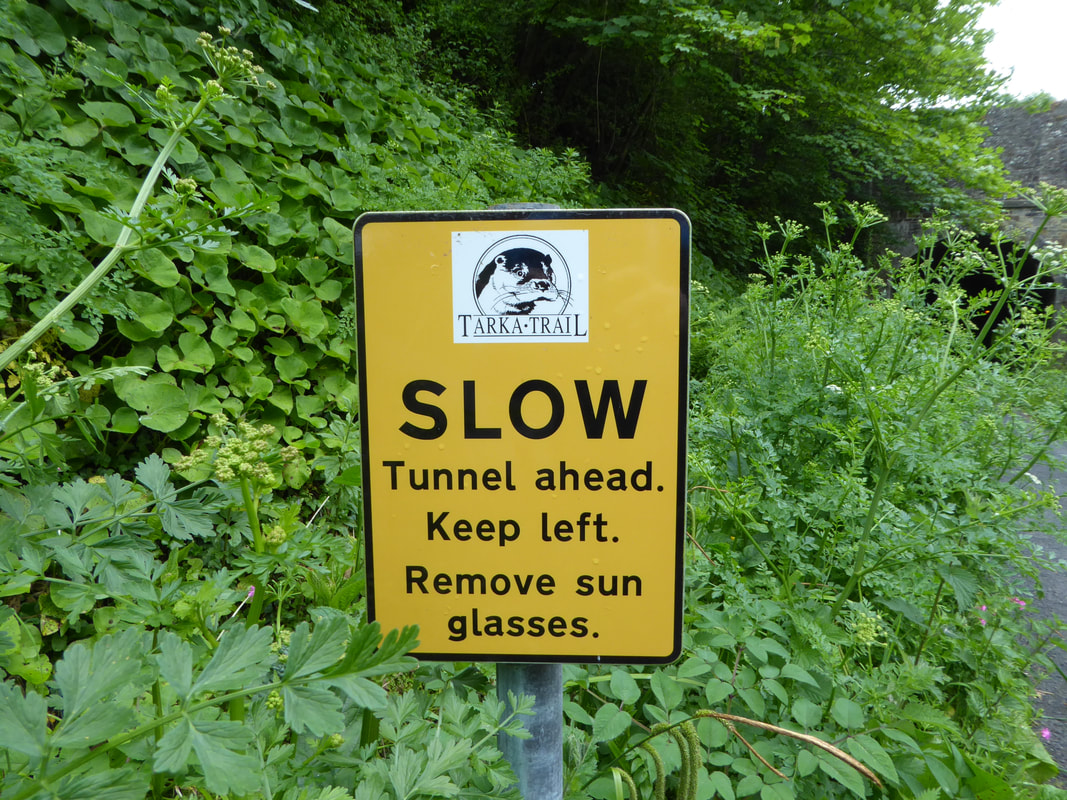 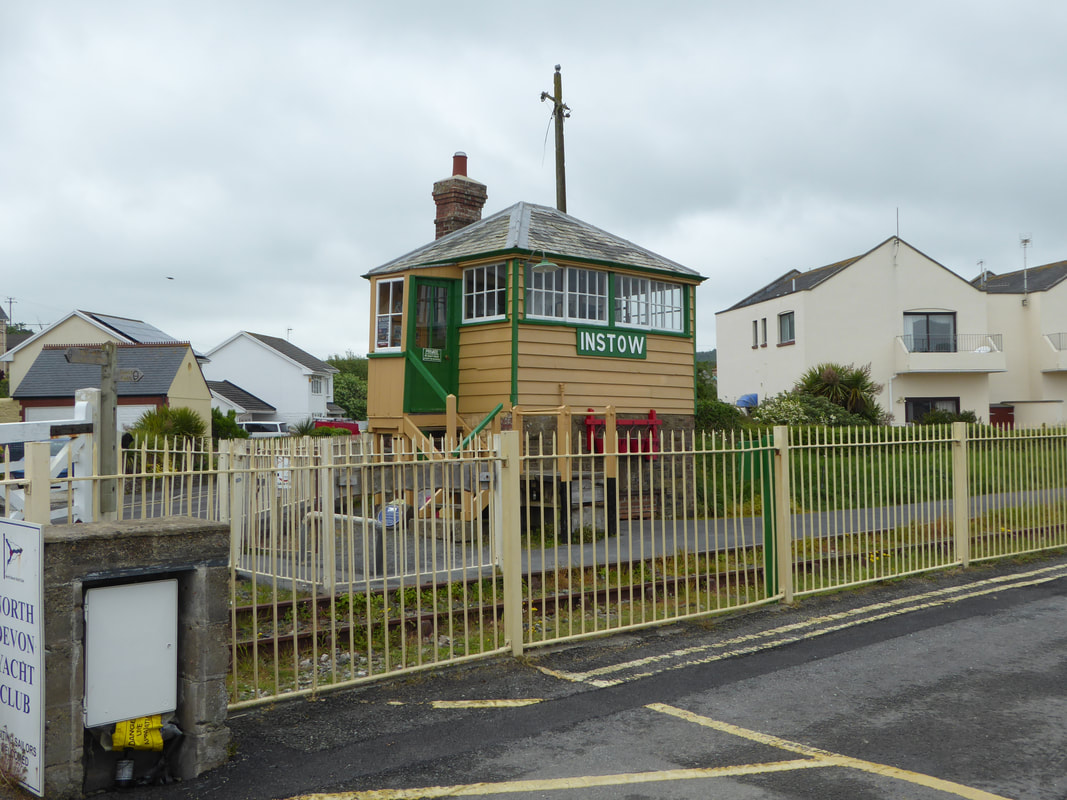 The famous old signal box at Instow.  The box is over 130 years old and was the UK's first Grade 2 Listed signal box. It used to control the signals at Instow Station and also the operation of the level crossing.  In 2003 the box was nationally recognised for its restoration and educational value by receiving the Carillion Rail Award at the National Railway Heritage Awards. The signal box is now managed and run by volunteers of the Bideford Railway Heritage Centre and is open to the public. 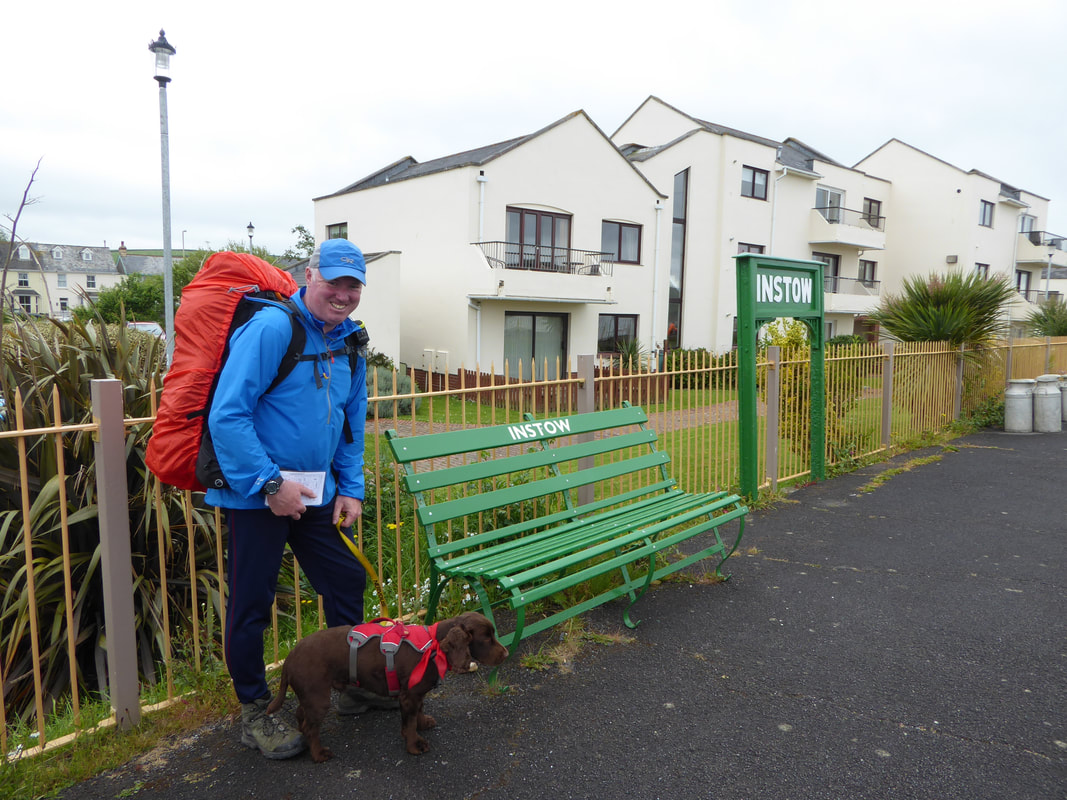 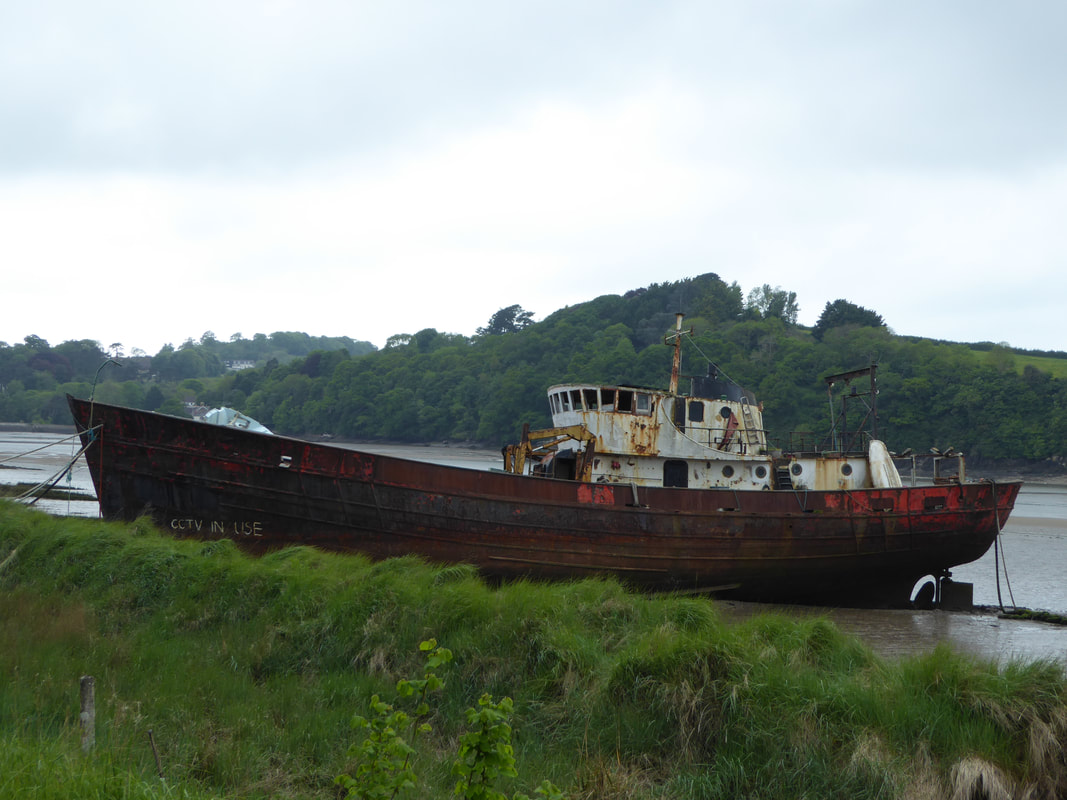 Is it worth nicking though? 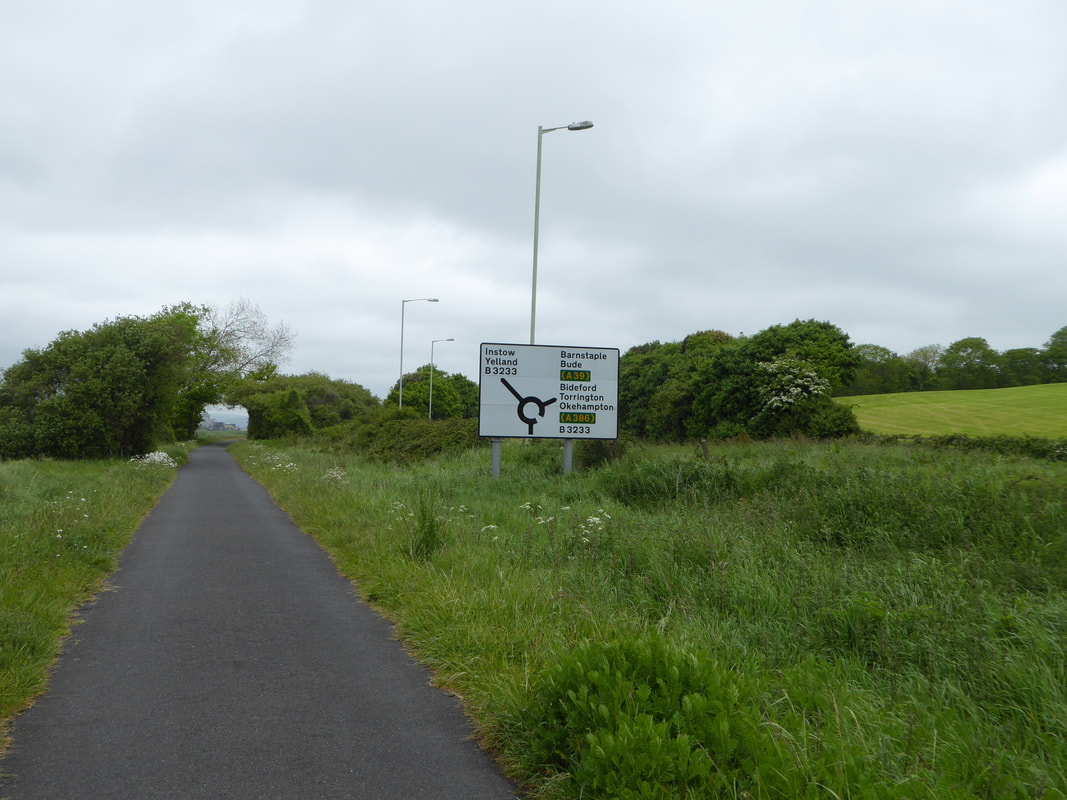 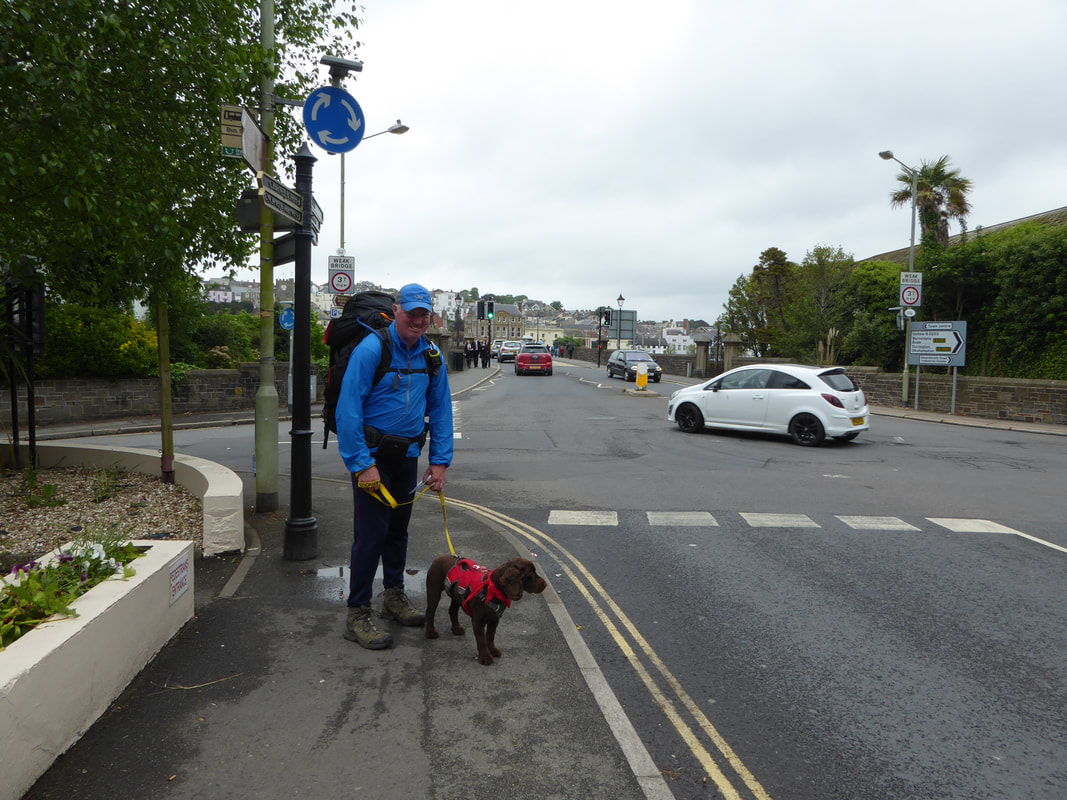 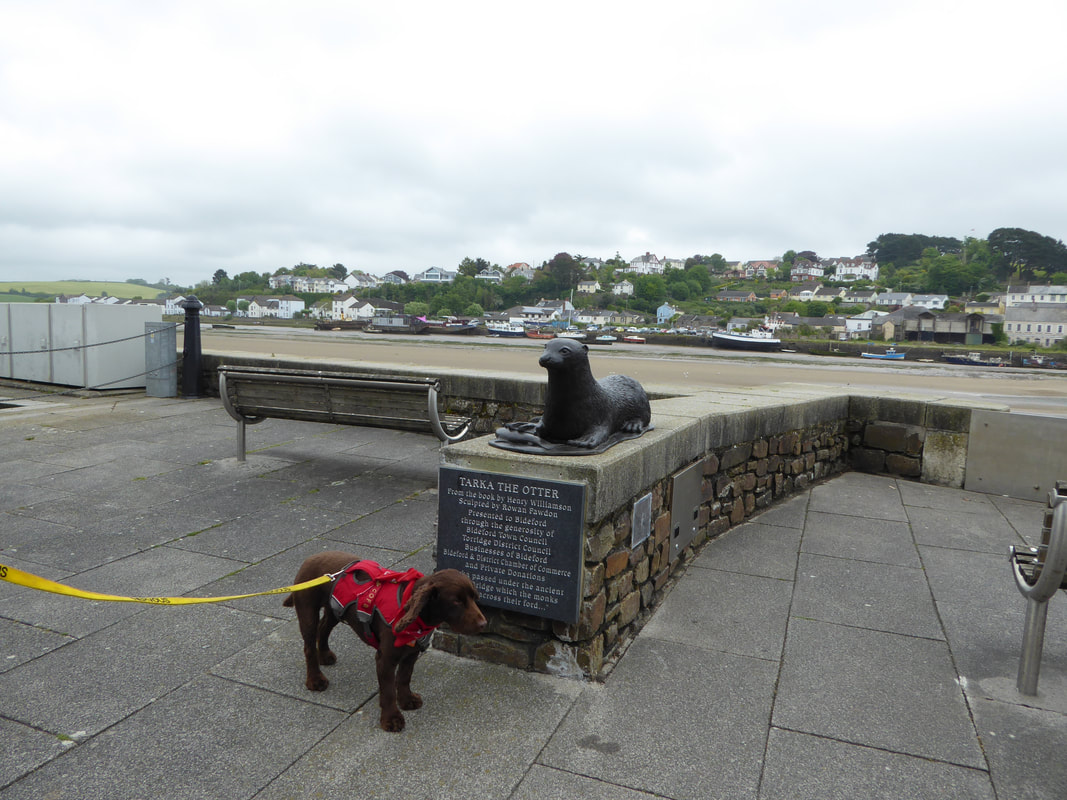 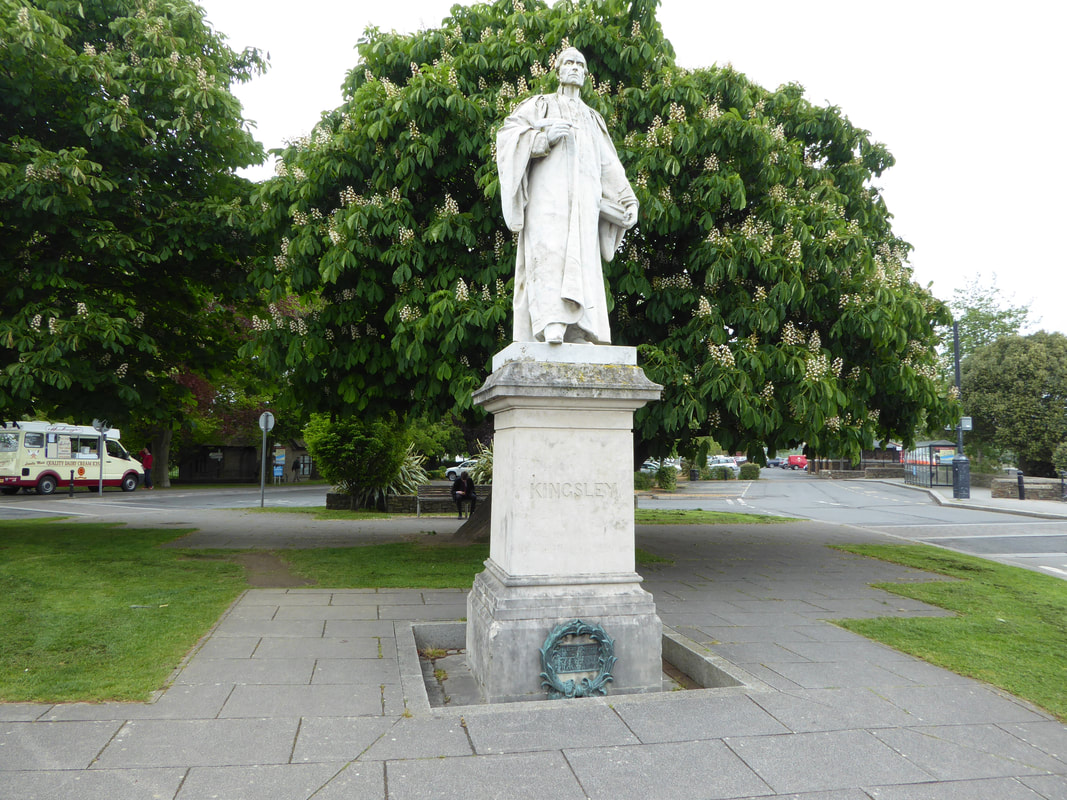 The statue of Charles Kingsley in Bideford - priest, novelist, social reformer and friend of Charles Darwin 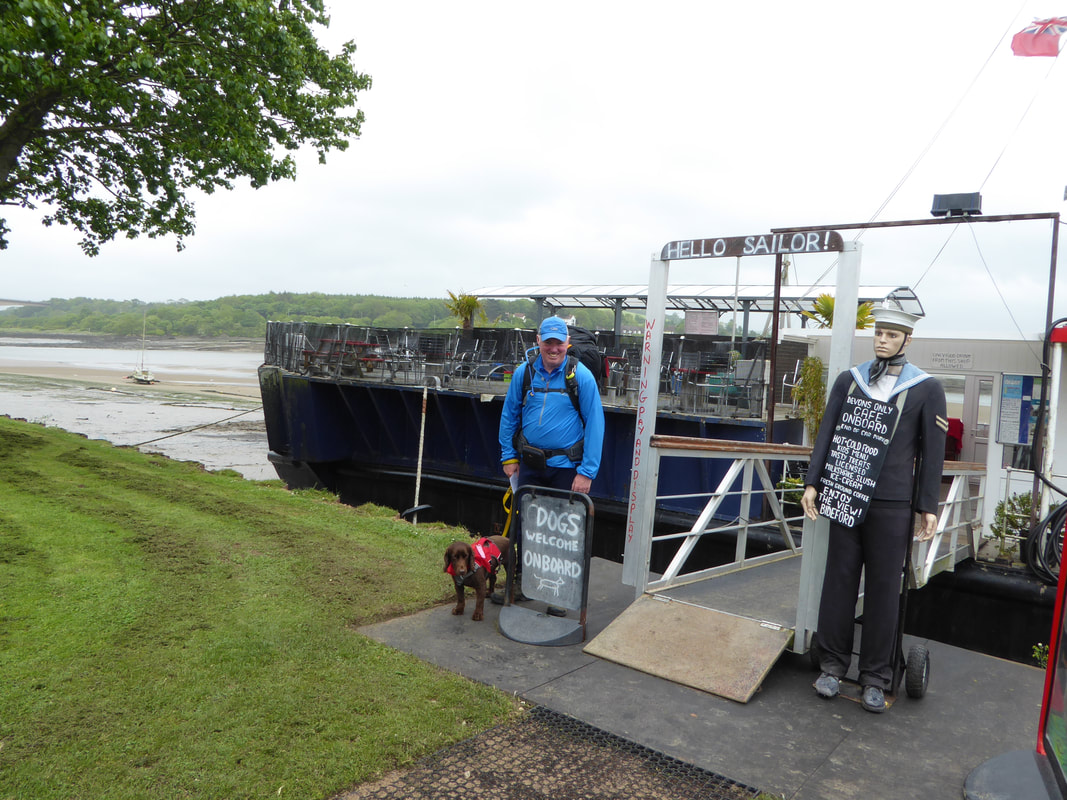 The afloat cafe on the quayside at Bideford - complete with a naval guard! 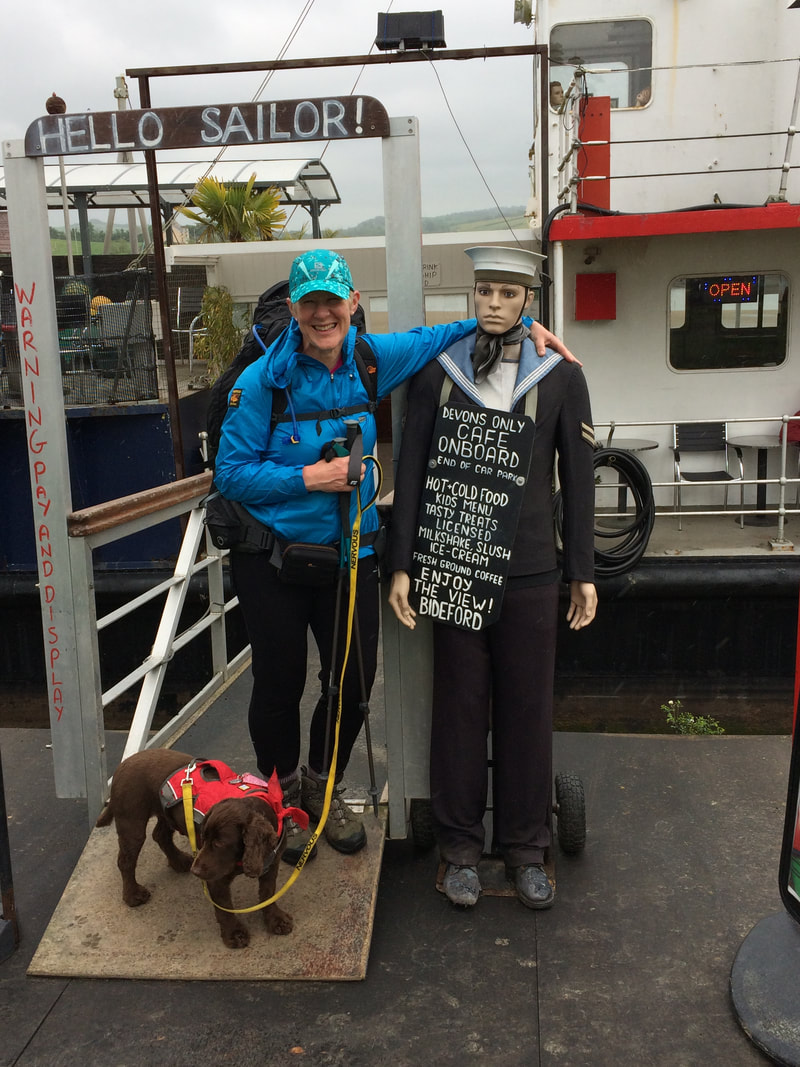 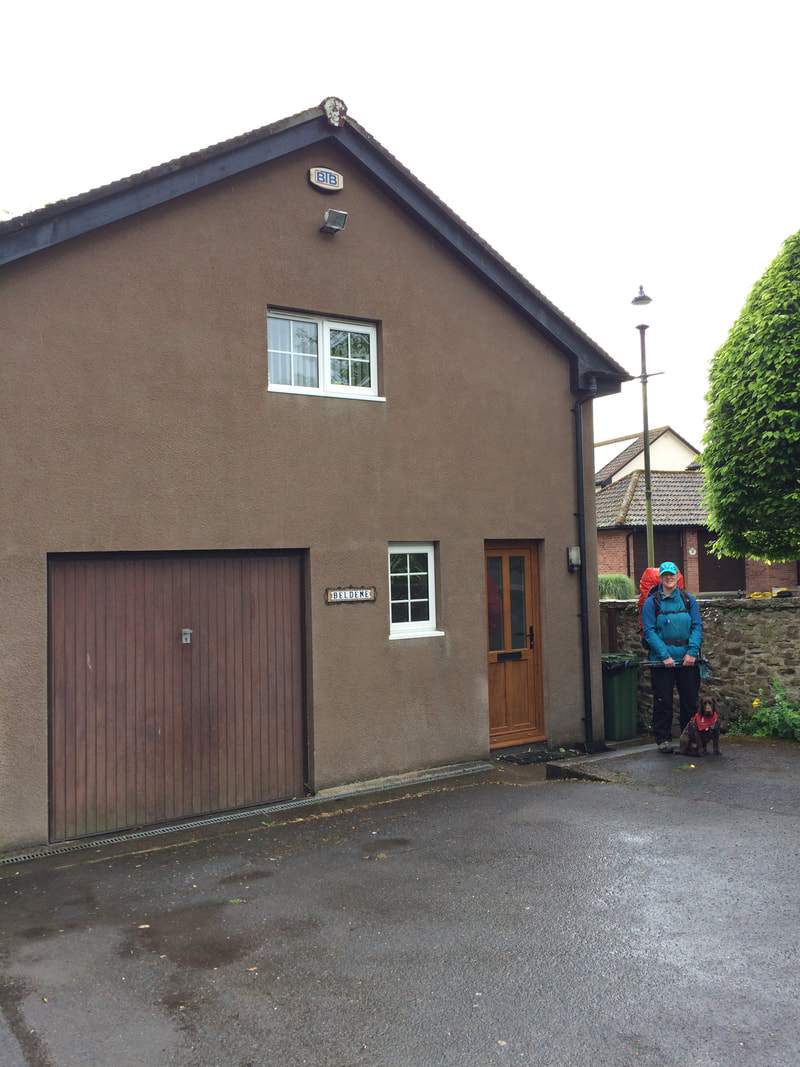