Woodland, field and forest paths some of which were extremely icy requiring care to be taken. 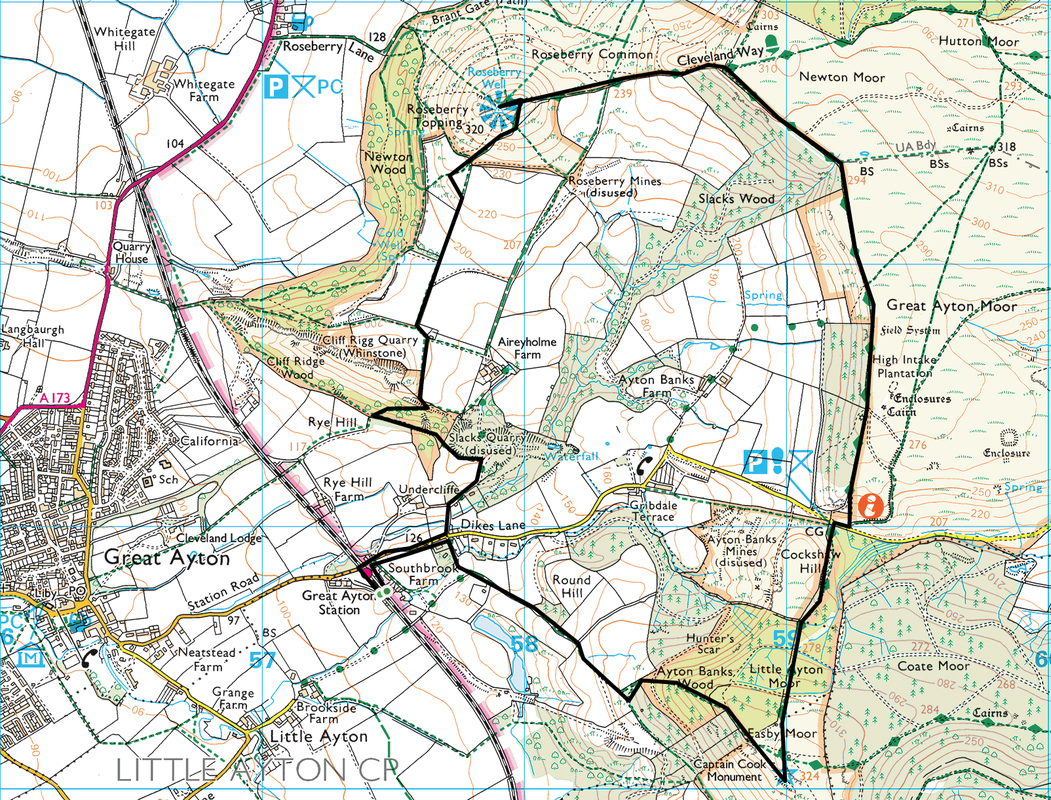 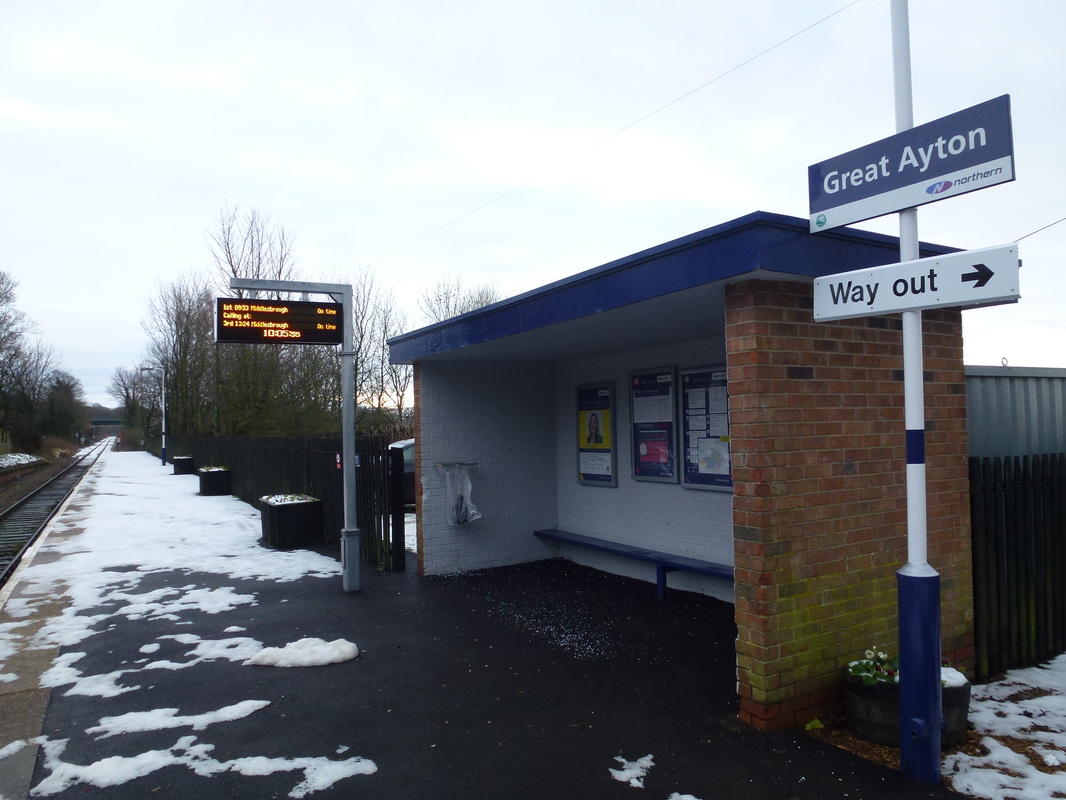 There is a small Car Park at Great Ayton Station which is where we started today's walk. 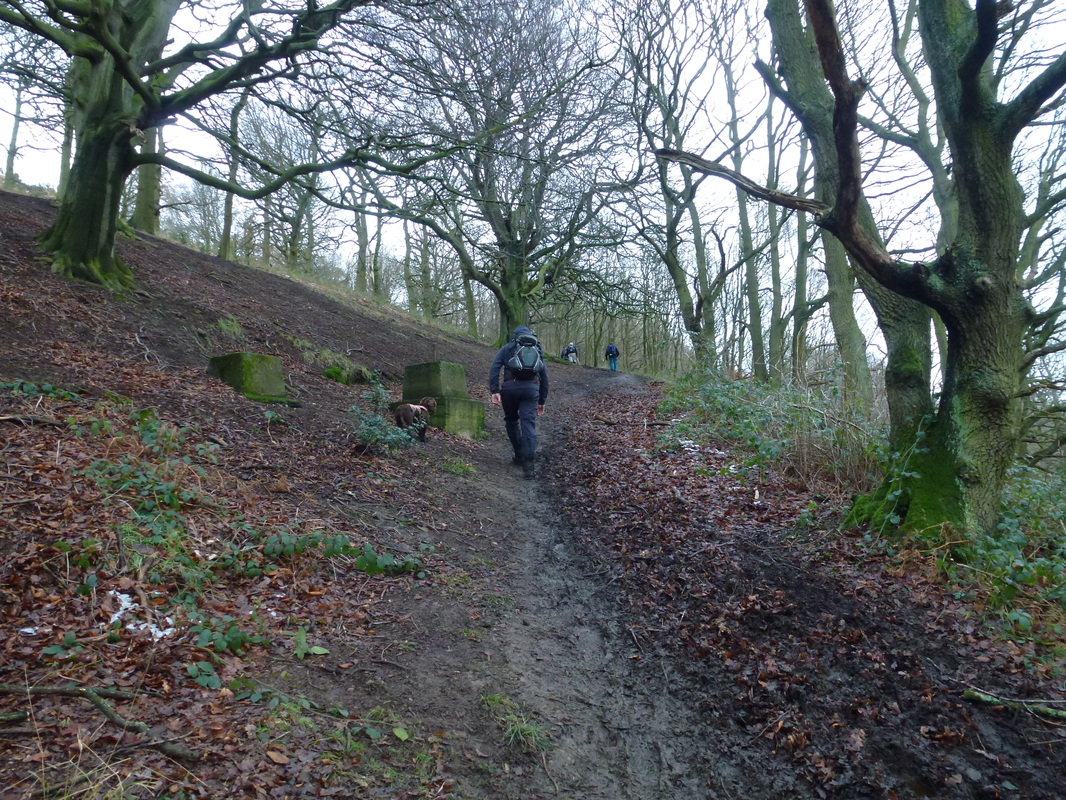 The route climbs a muddy ascent of Cliff Ridge Wood 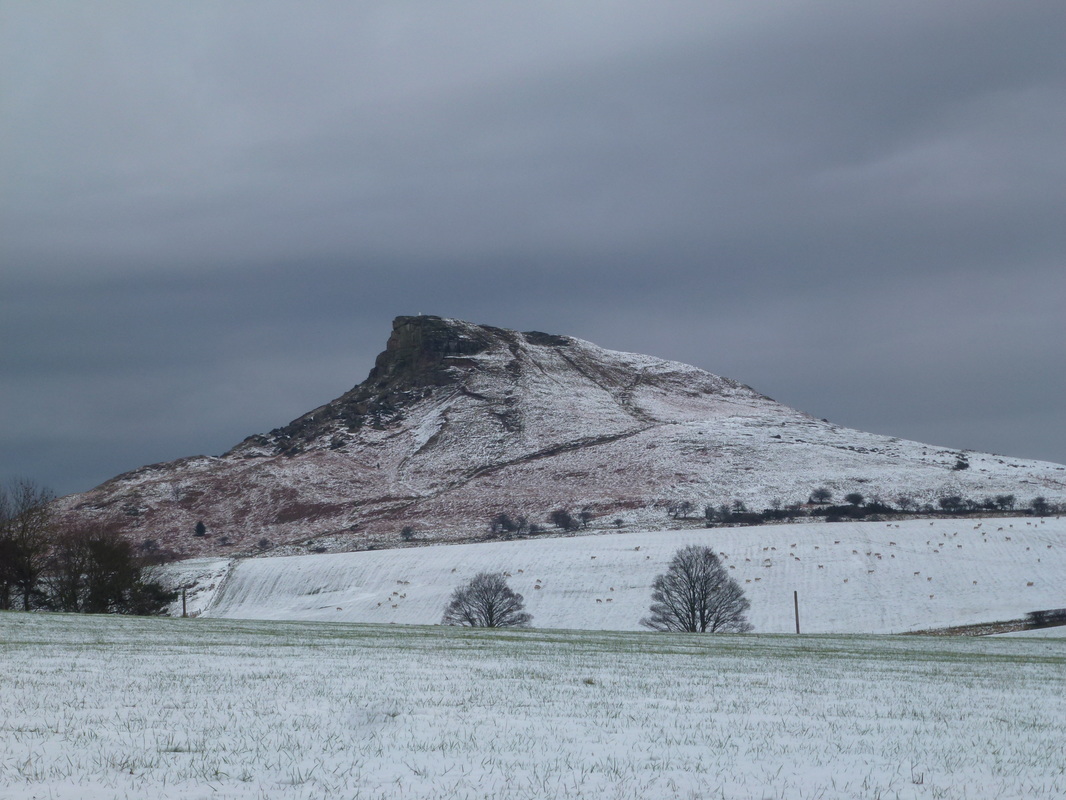 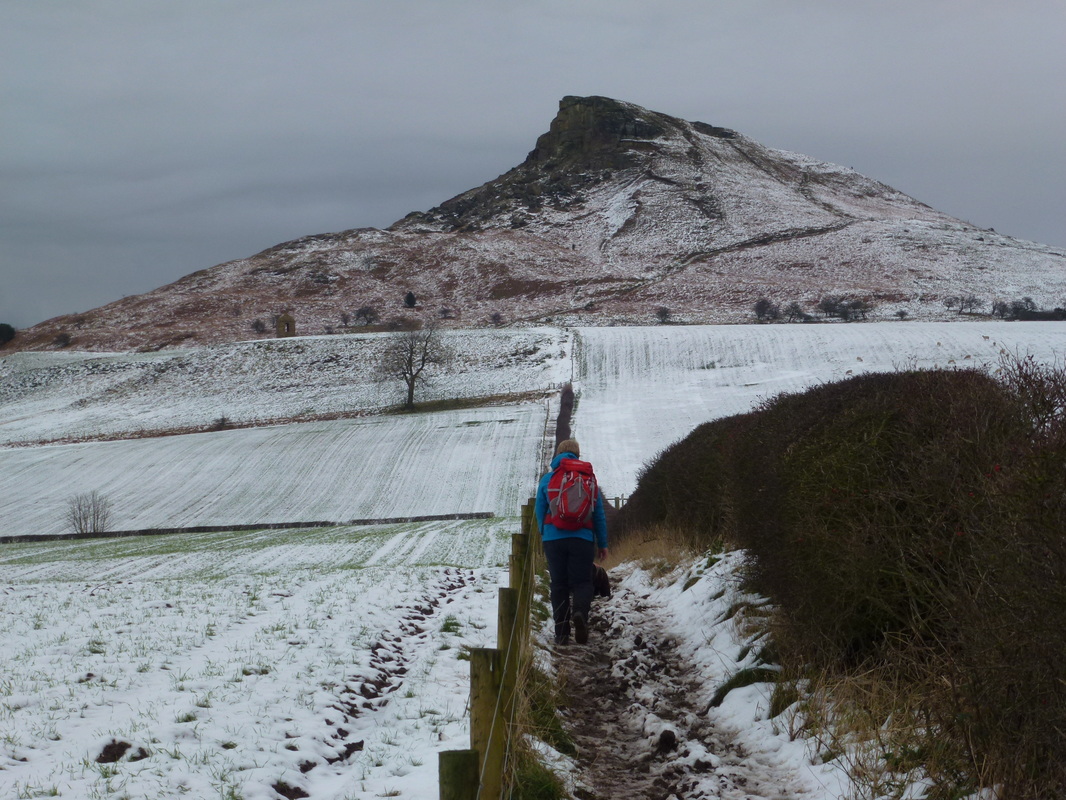 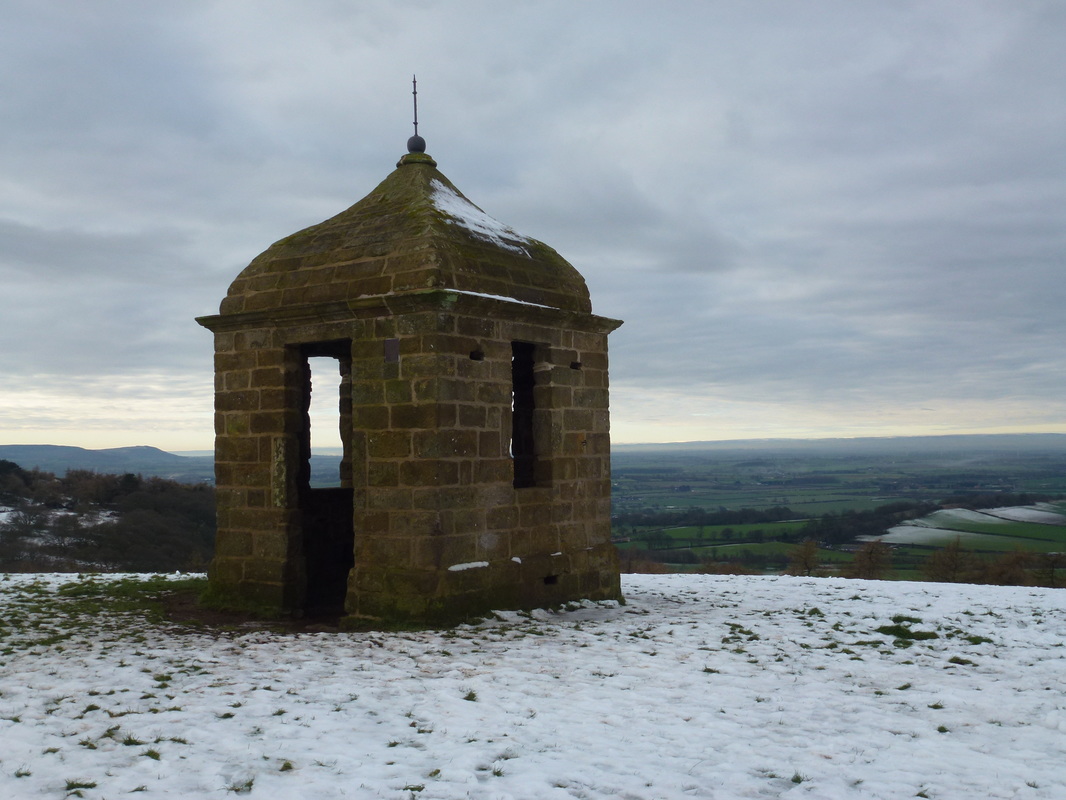 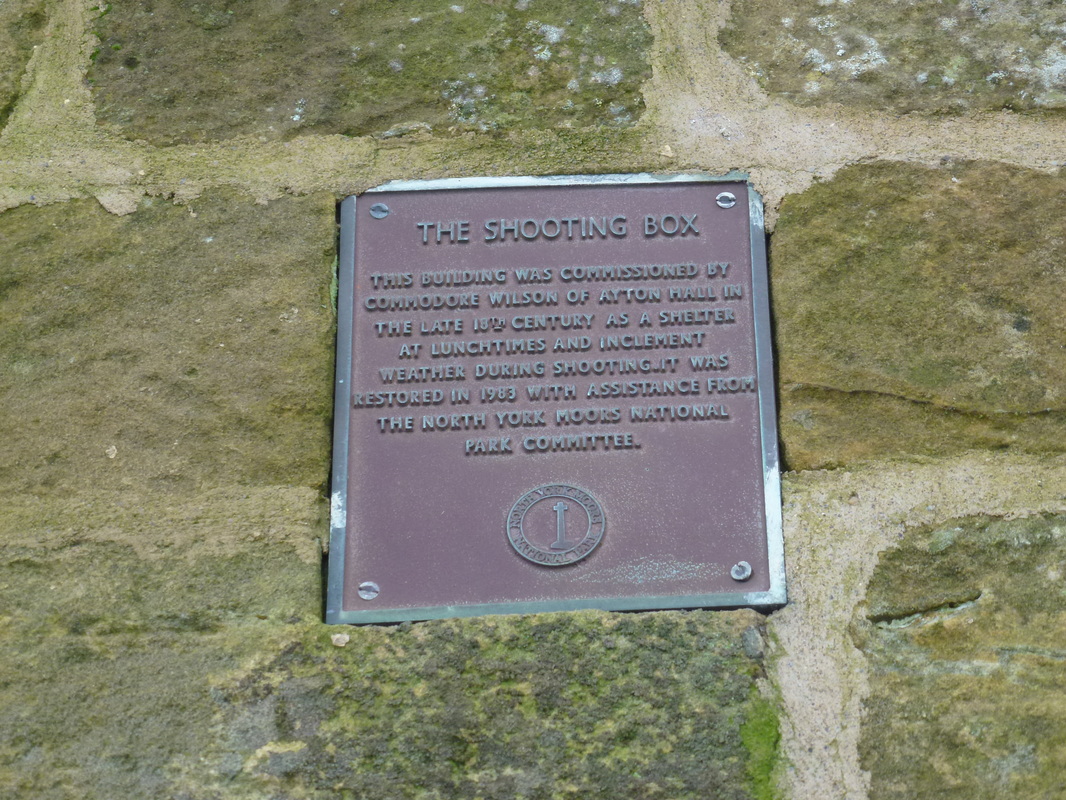 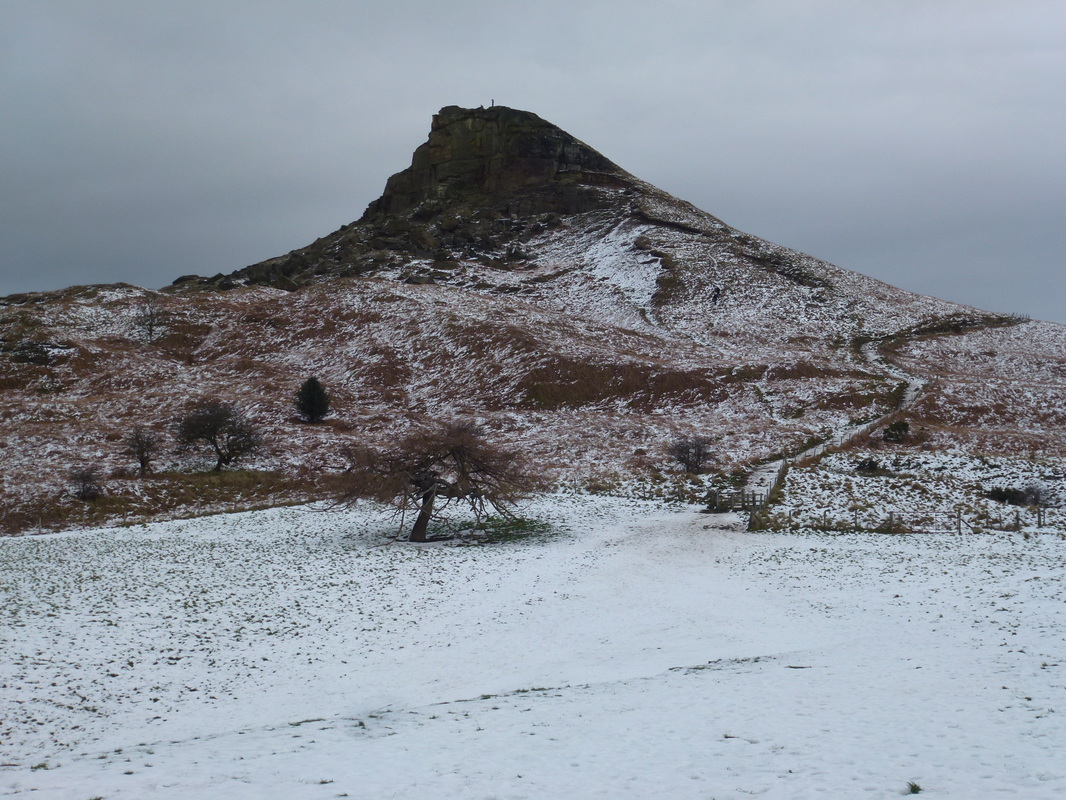 From The Shooting Box a good path leads to the summit of Roseberry Topping.
​The going underfoot was beginning to get pretty icy therefore it would be interesting to see what conditions would be like on the top. 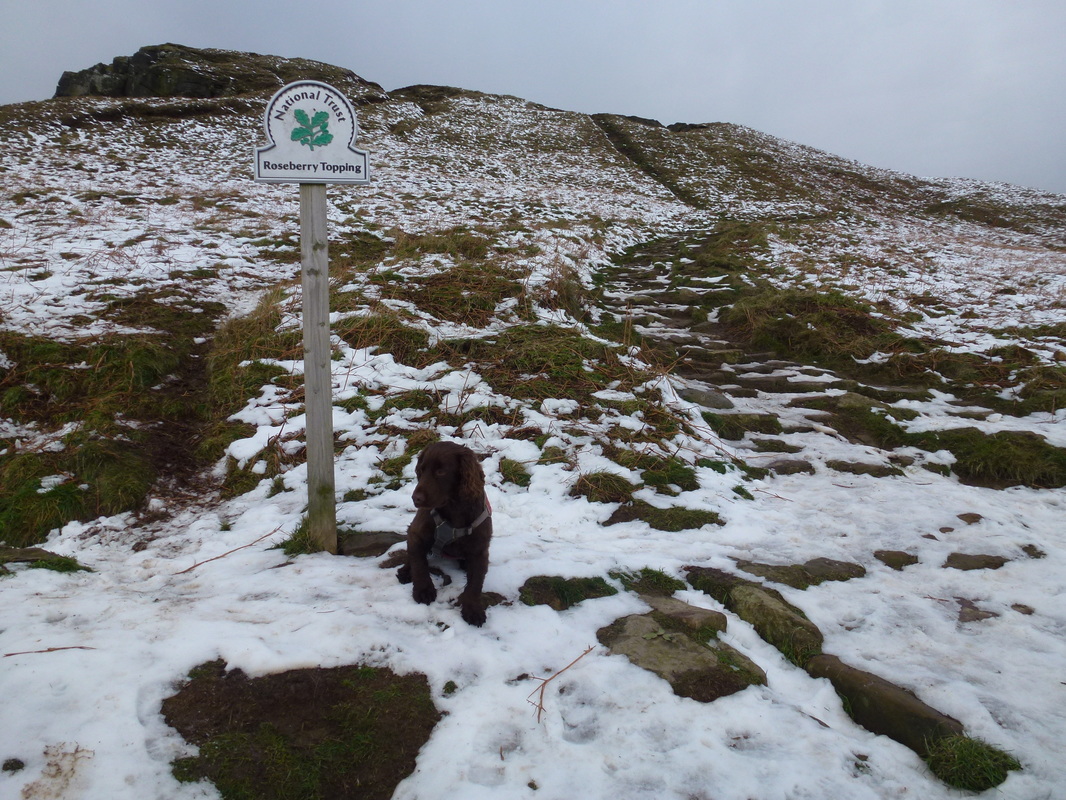 If we didn't know where we were then we did now! 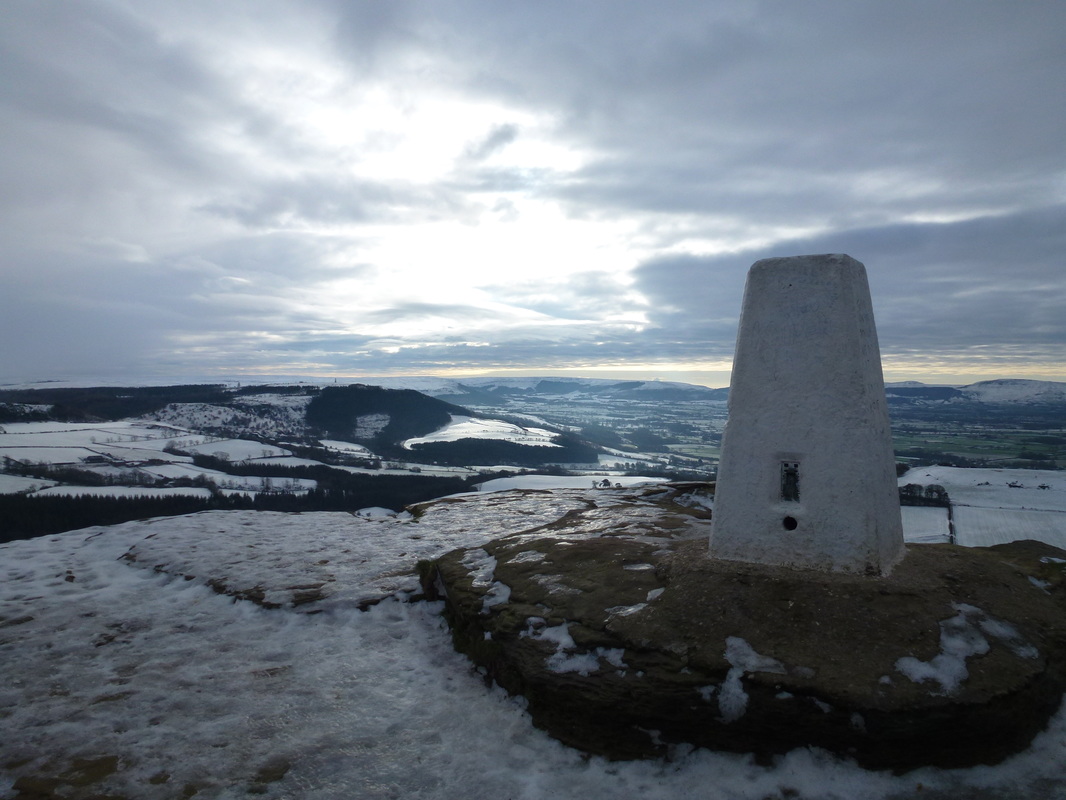 The summit of Roseberry Topping looking to Captain Cook's Monument - as can be seen it was pretty icy up here.

It is safe to say the conditions today were very wintry 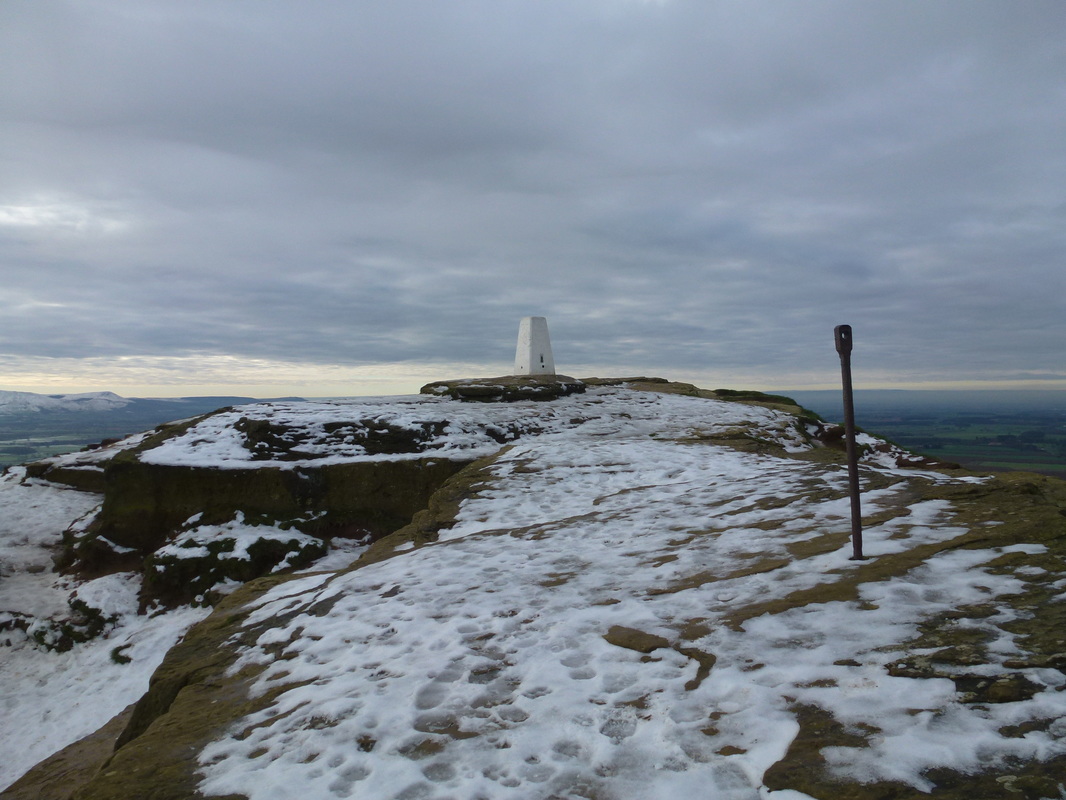 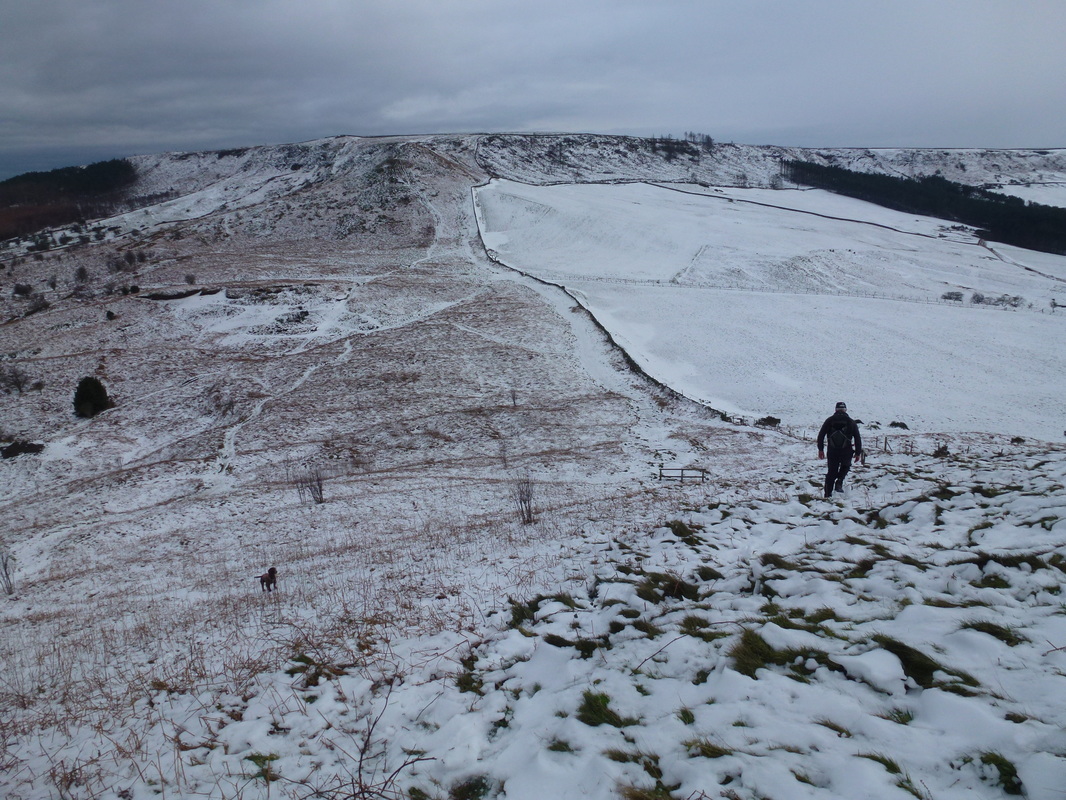 Dropping down off the summit of Roseberry Topping.
We were now on The Cleveland Way and heading up on to Newton Moor which is ahead. 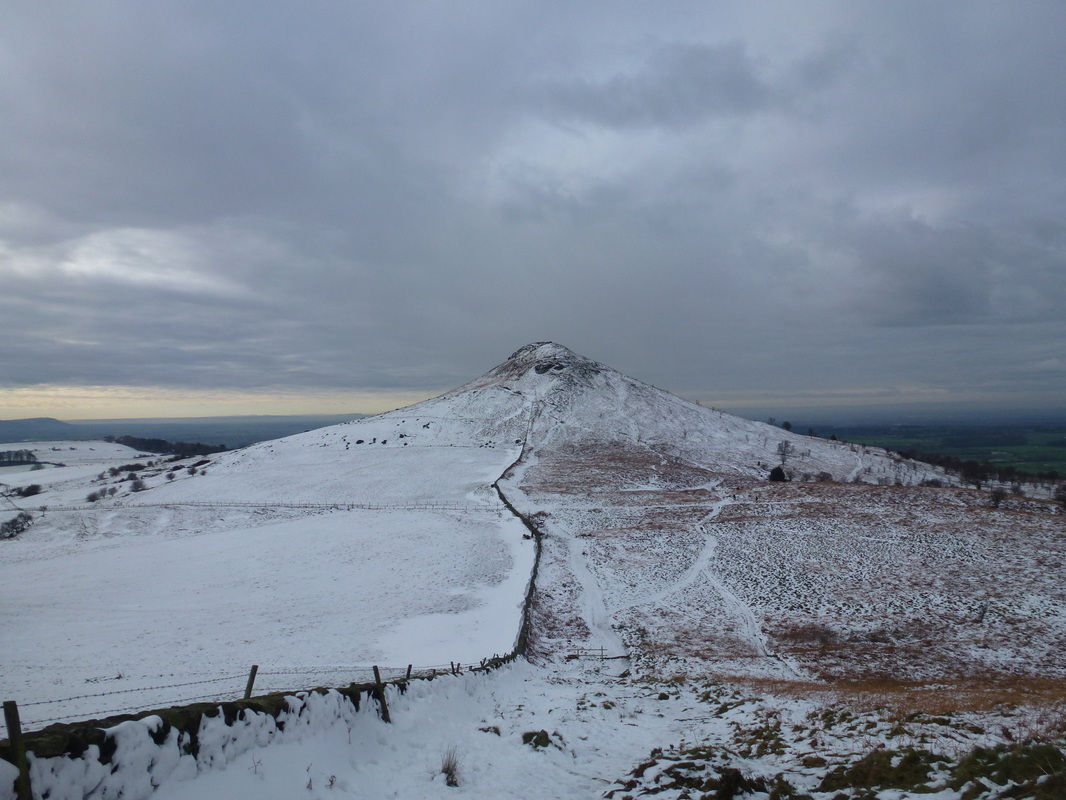 Looking back to Roseberry Topping from the ascent of Newton Moor 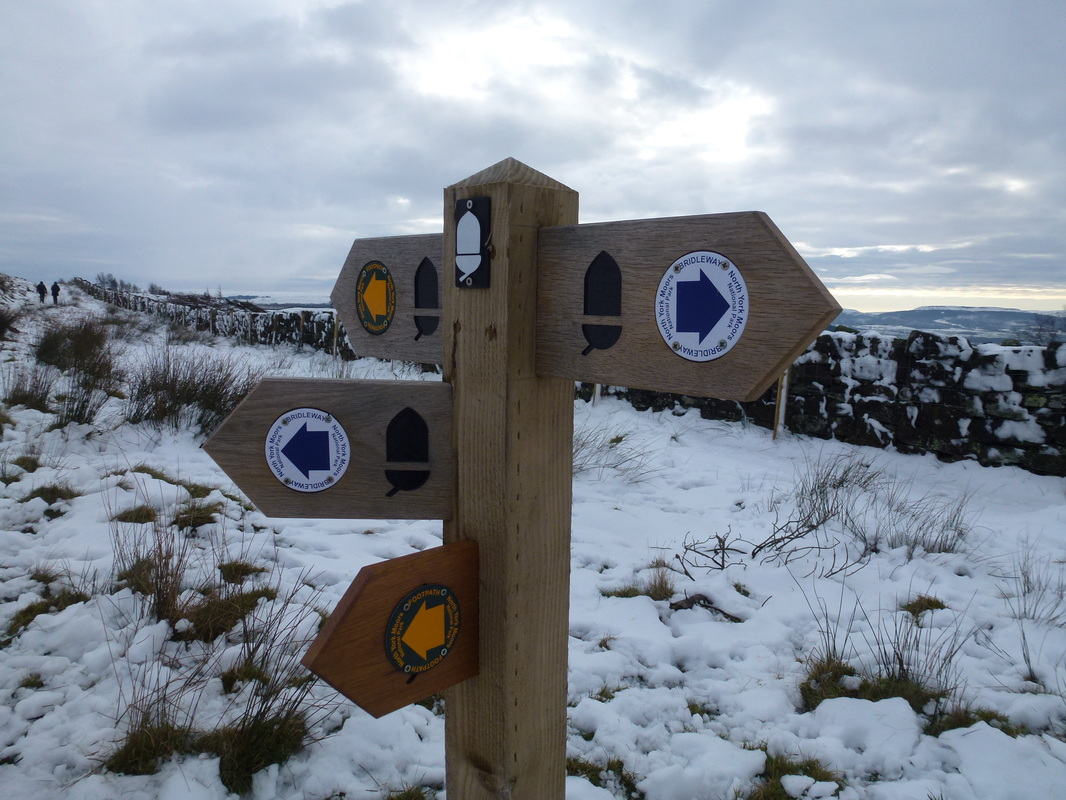 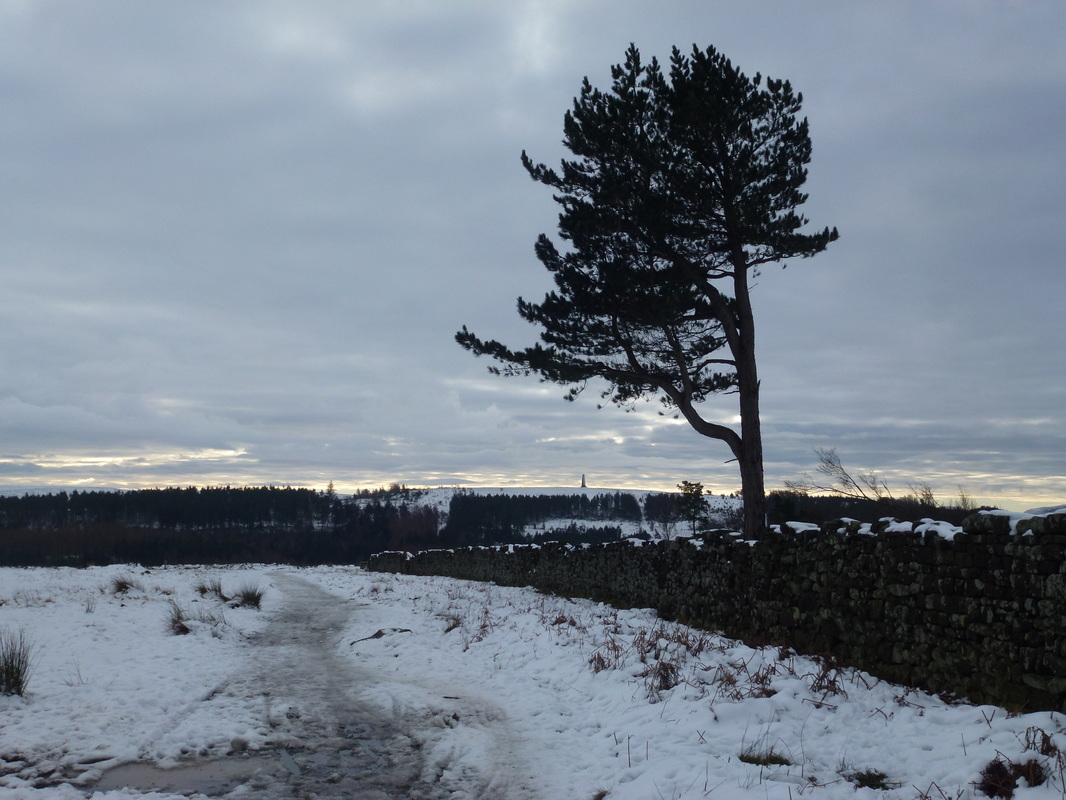 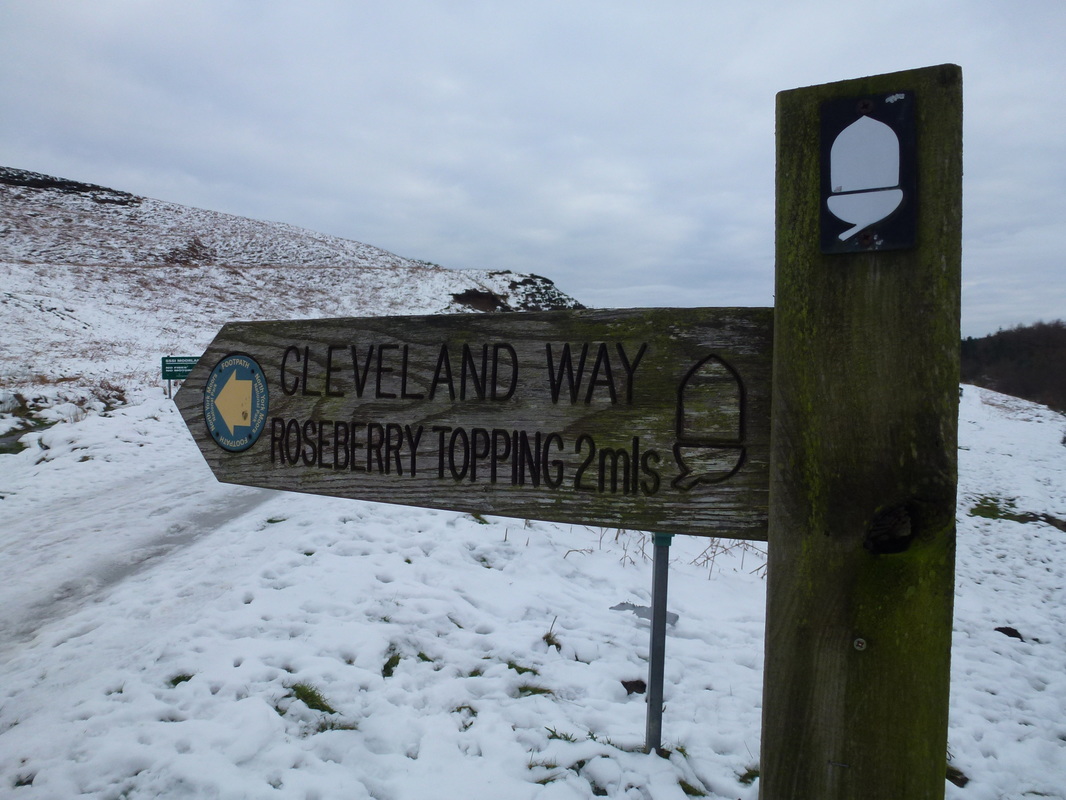 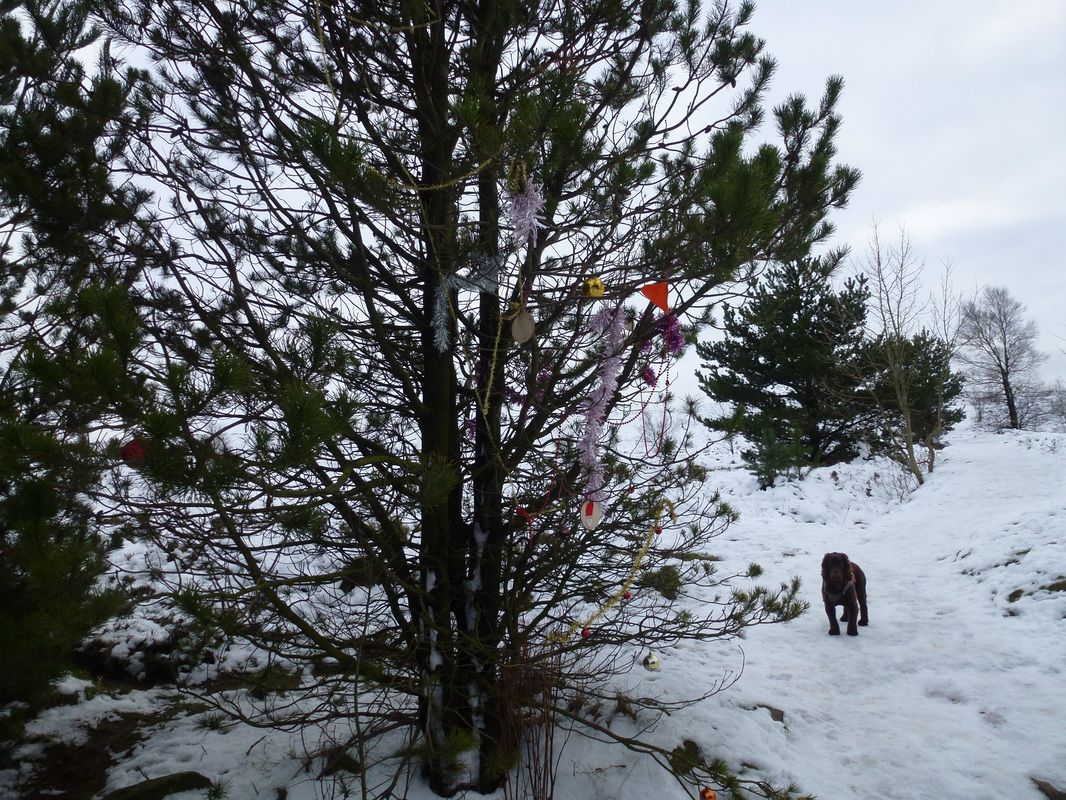 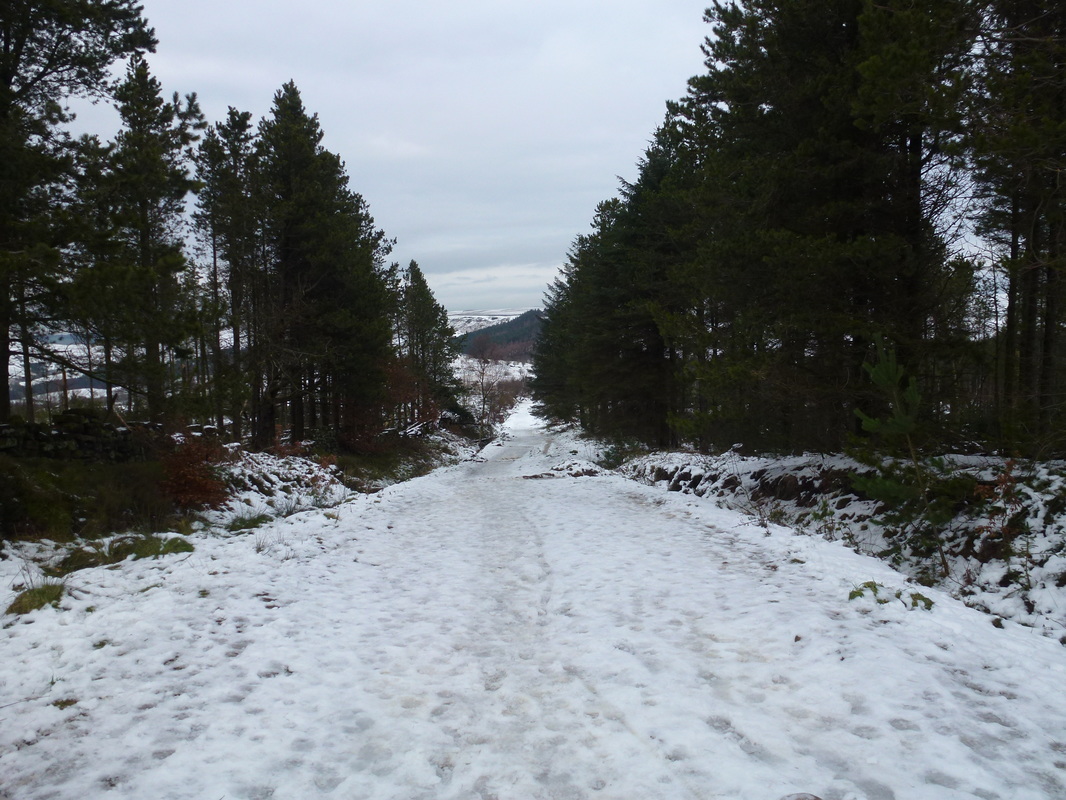 The ascent of Cockshaw Hill from Gribdale Gate - glad we were not walking down this as it was pretty icy.
It was near here that Angie lost her favourite hat - this gave us an excuse to drive to Go Outdoors in Stockton and buy her a new one - and more kit. 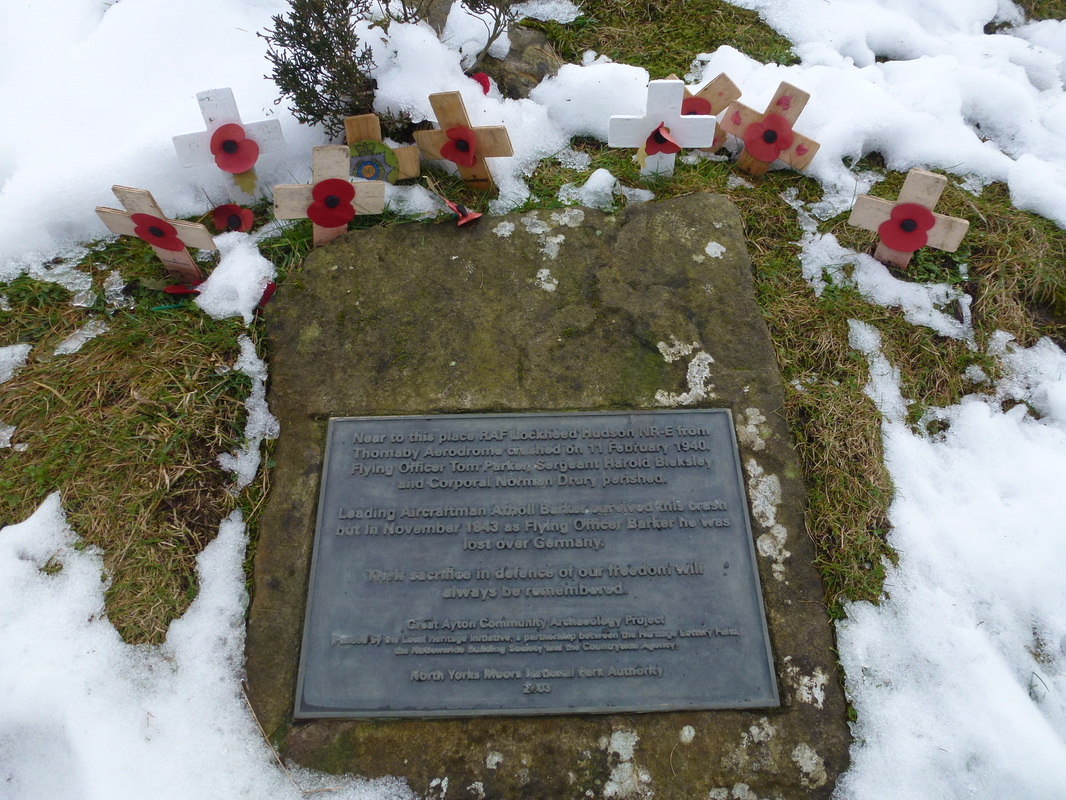 The memorial near Captain Cook's Monument to the RAF Lockheed Hudson that crashed here in February 1940 - never forgotten. 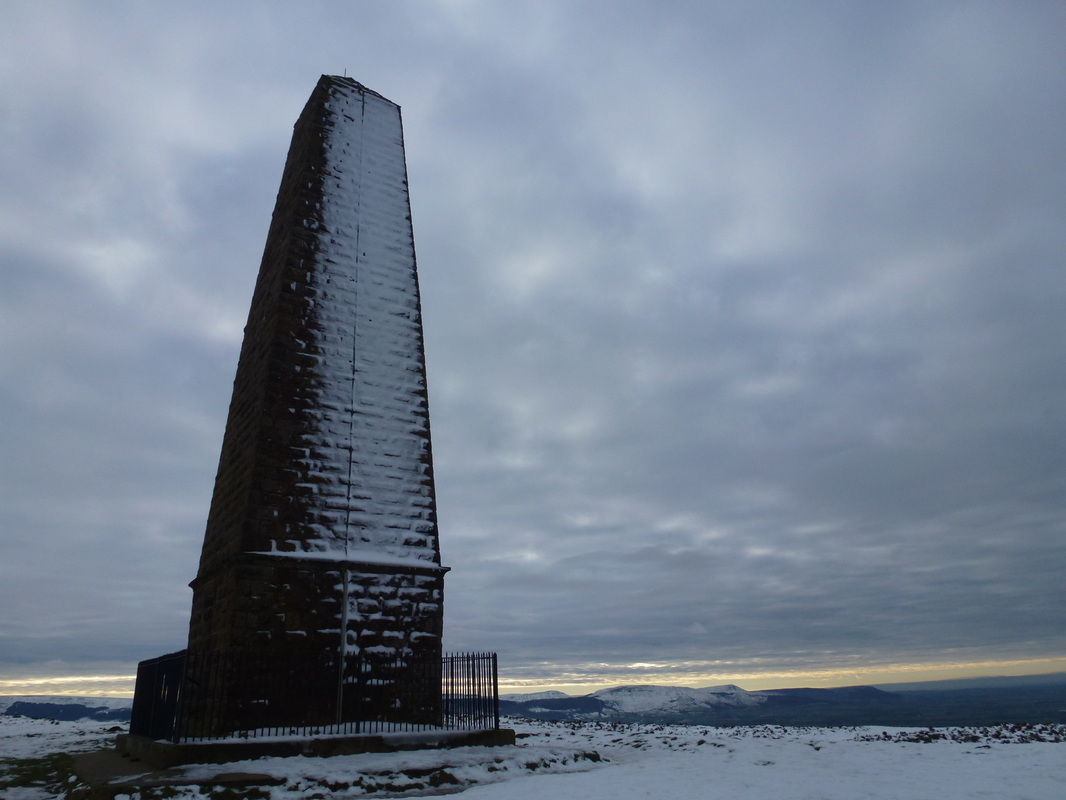 Captain Cook's Monument
​The monument was erected in 1827 by Robert Campion, a Whitby Banker.  A plaque on the monument reads:

In memory of the celebrated circumnavigator Captain James Cook F.R.S.  A man of nautical knowledge inferior to none, in zeal, prudence and energy, superior to most.  Regardless of danger he opened an intercourse with the Friendly Isles and other parts of the Southern Hemisphere. He was born at Marton Oct. 27th 1728 and massacred at Owythee Feb. 14th 1779 to the inexpressible grief of his countrymen.  While the art of navigation shall be cultivated among men, whilst the spirit of enterprise, commerce and philanthropy shall animate the sons of Britain, while it shall be deemed the honour of a Christian Nation to spread civilisation and the blessings of the Christian faith among pagan and savage tribes, so long will the name of Captain Cook stand out amongst the most celebrated and most admired benefactors of the human race. 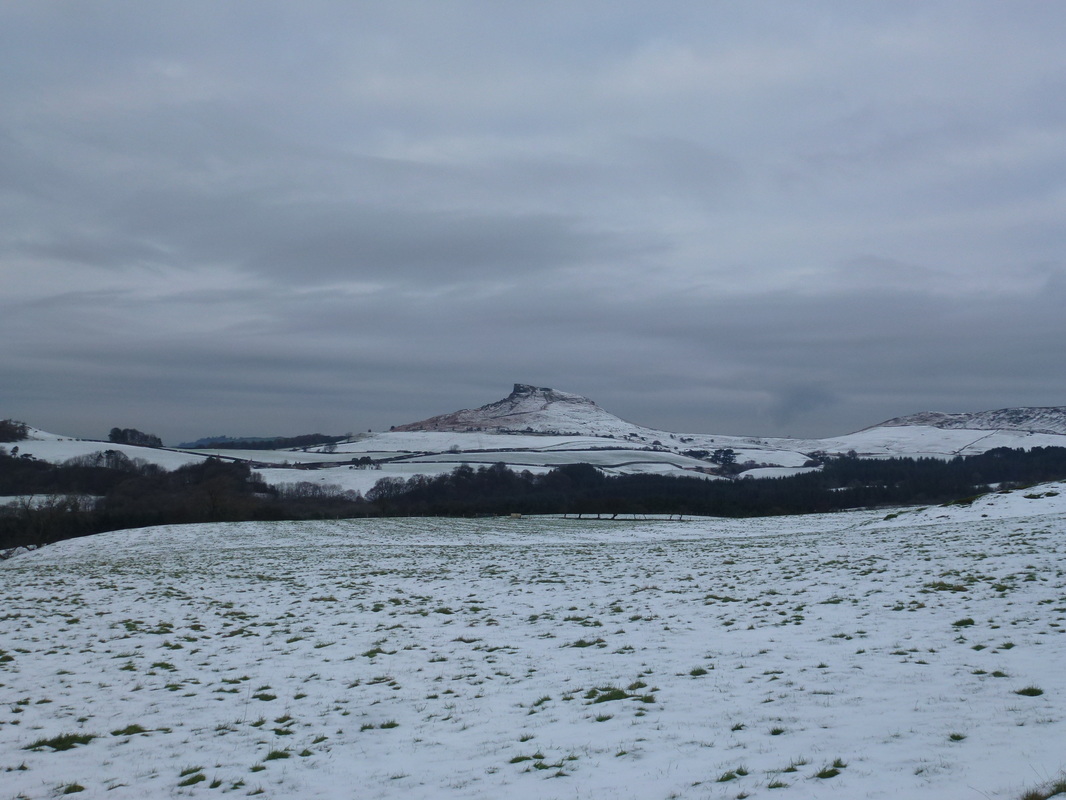