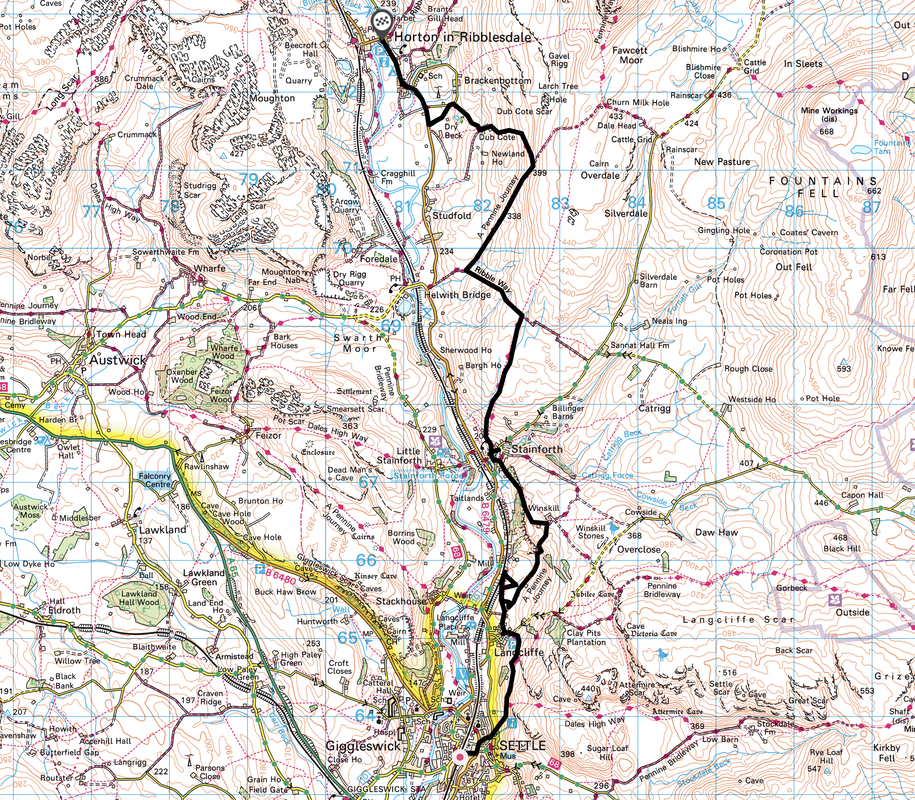 Awoke to an awful weather day - it was absolutely honking it down and with the added strong winds would unfortunately remain so for the rest of the day. No matter - it was a short 8 mile day over to Horton-in-Ribblesdale therefore after breakfast we walked the short journey to the start of The Pennine Journey at Settle Station. We had arranged to meet up with Denise and her dog Bertie who had been in touch via Spaniel Aid and very kindly waved us off plus gave a very kind donation to the Charity coffers.

The route headed through the town and soon enough was on open hillside passing through the stunning villages of Langcliffe & Stainforth although the descent into the latter was very precarious due to extremely shiny & wet rock. Once out of Stainforth the walking was over moorland and farm tracks to reach Dub Cote Pasture and then the main road into Horton. After a quick visit to the Church we bypassed The Golden Lion to arrive at the famous Pen-y-Ghent Cafe which was unfortunately closed due to family circumstances. With a couple of hours to kill we headed for The Crown Inn near the station but to our dismay the pub was not dog friendly. With morale dented we washed Fudge off in the River Ribble before making the short walk to the Station Waiting Room where we got talking to one of the railway volunteers - a lovely old boy who "what he didn't know, wasn't worth knowing".

The 1620 to Settle duly arrived and we enjoyed a "free" 8 minute train journey back to the town. Once back in Settle we purchased a carpet picnic from the local Co-op and had a sort out of our kit ready for the first of our baggage pick-ups by Trail Magic tomorrow. 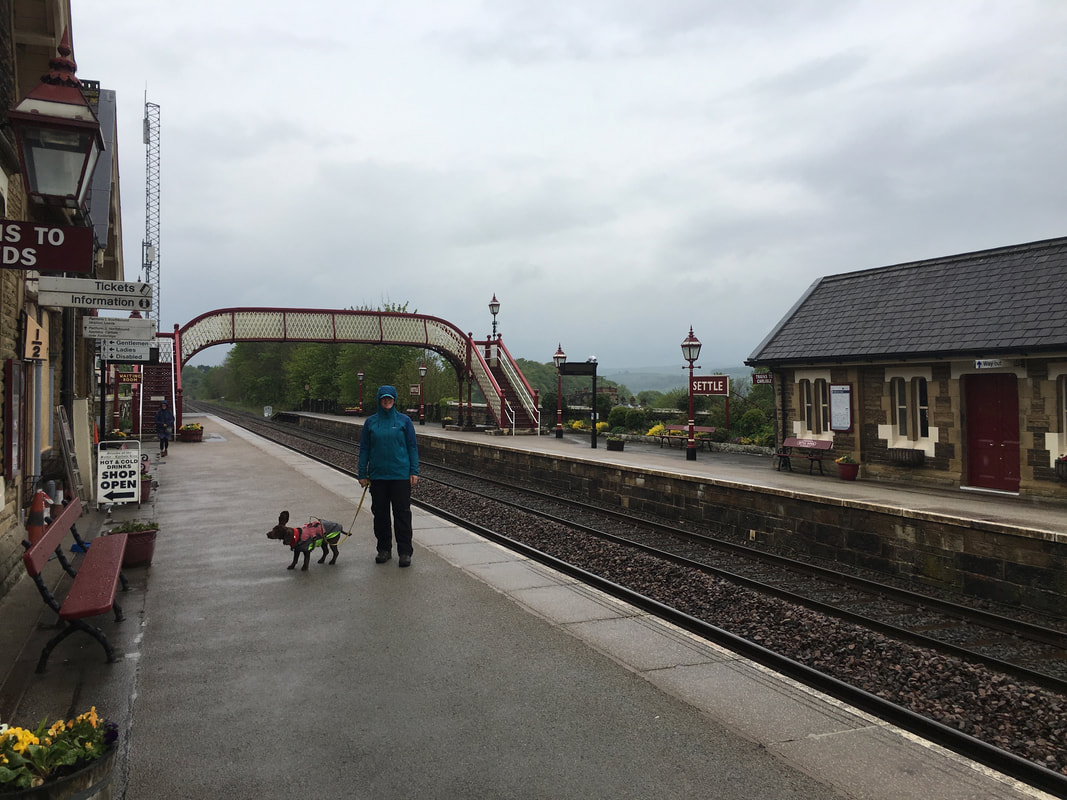 Not the greatest of starts - the weather was just plain miserable at Settle Station.  Fudge has a good old shake in doggy protest. 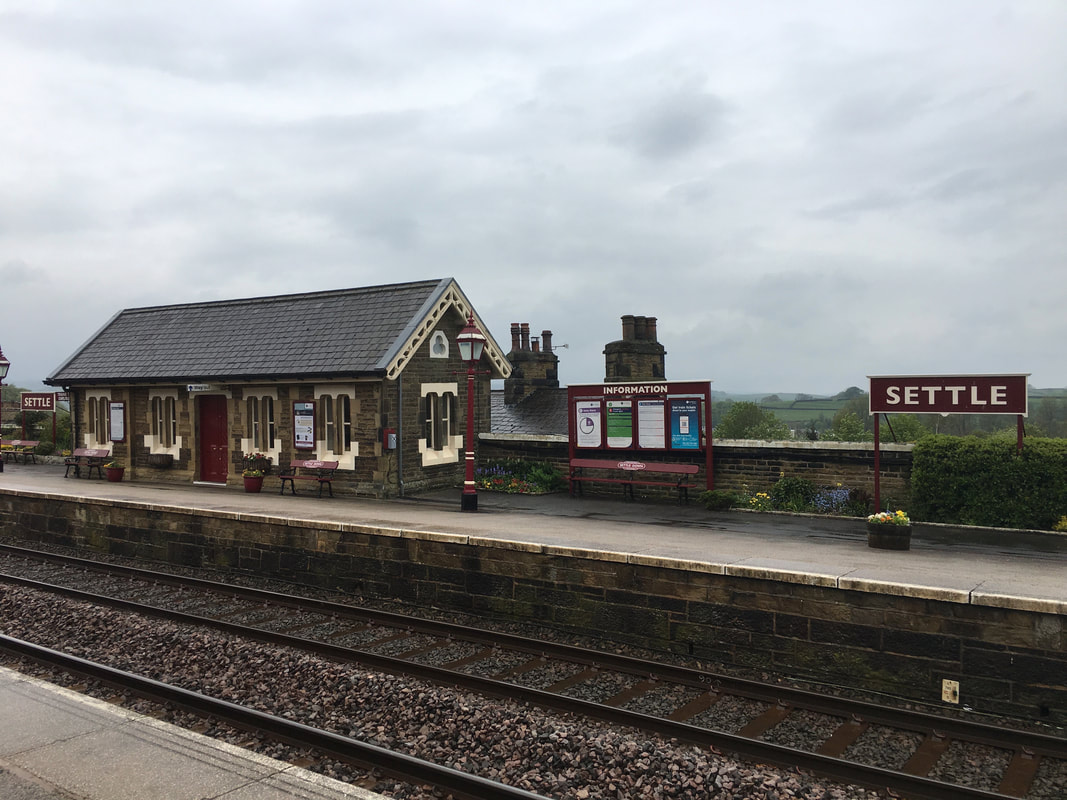 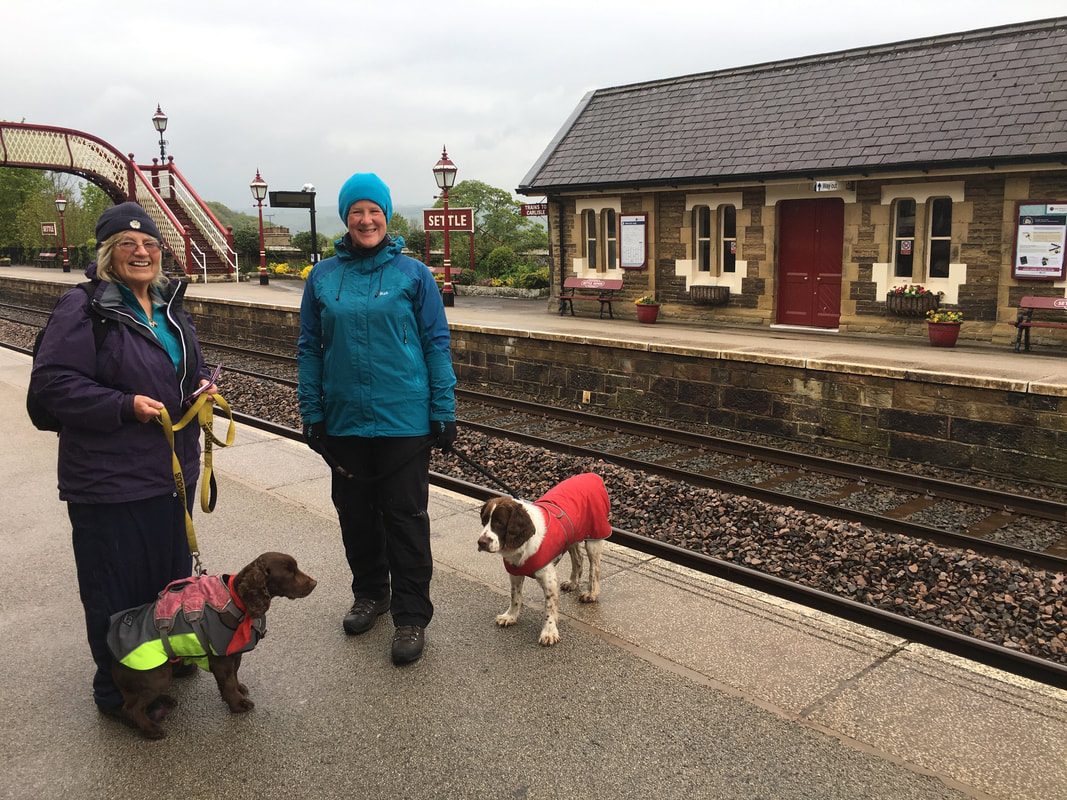 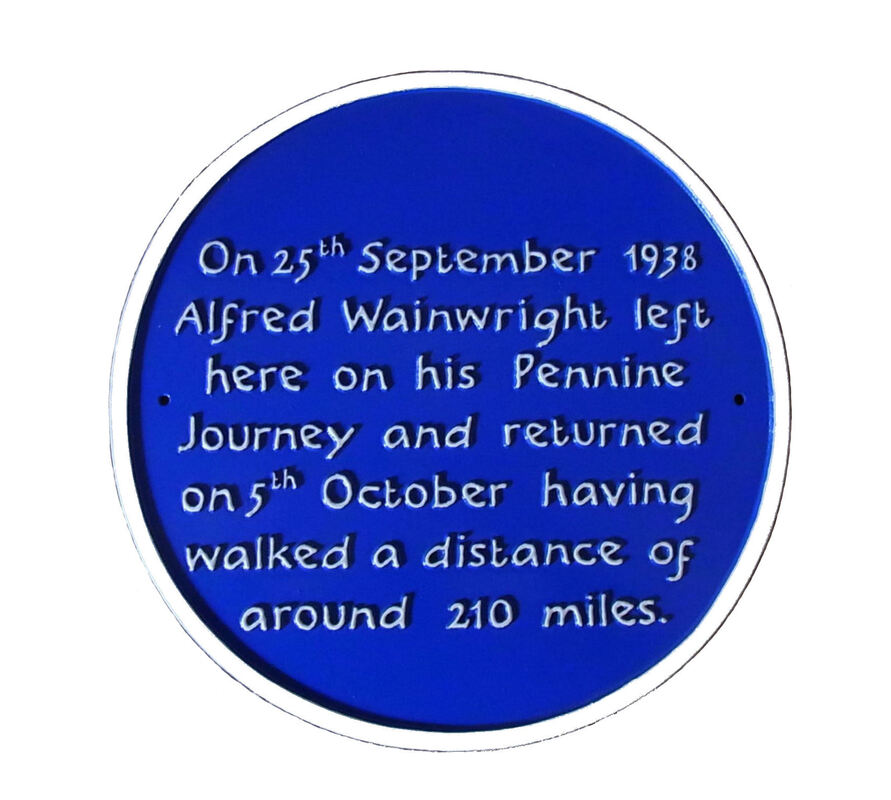 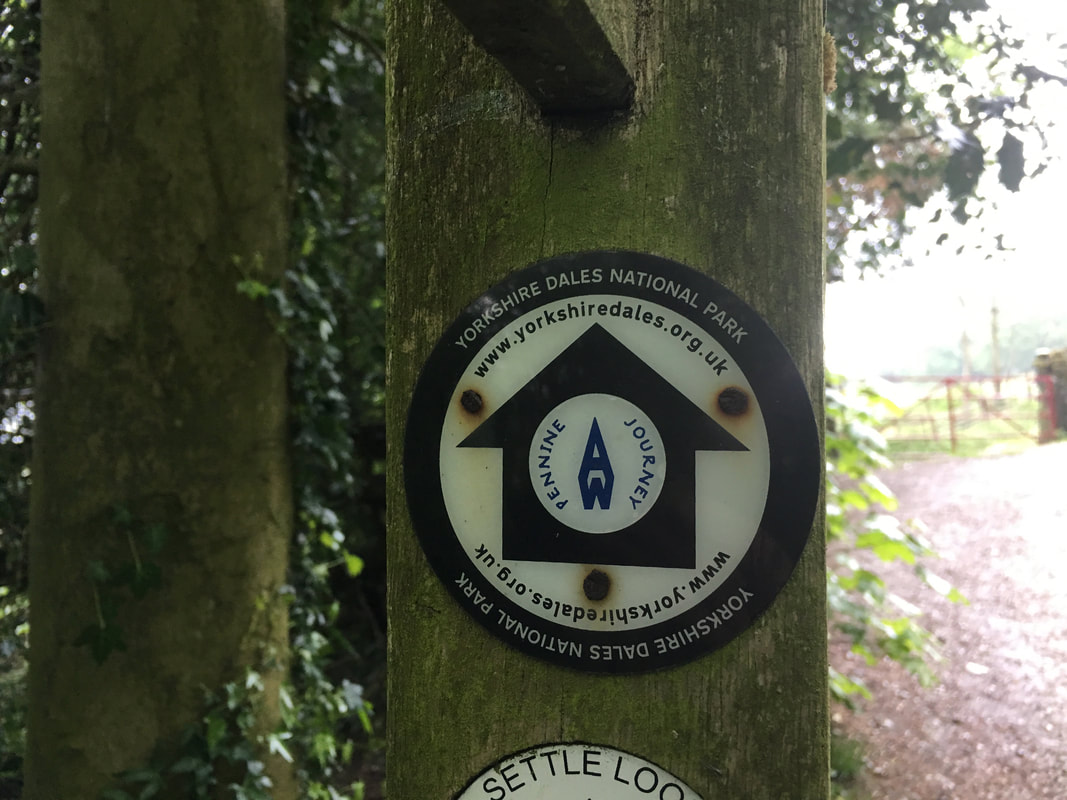 And away we go.  Just follow these signs and we should be ok - if only it were that simple 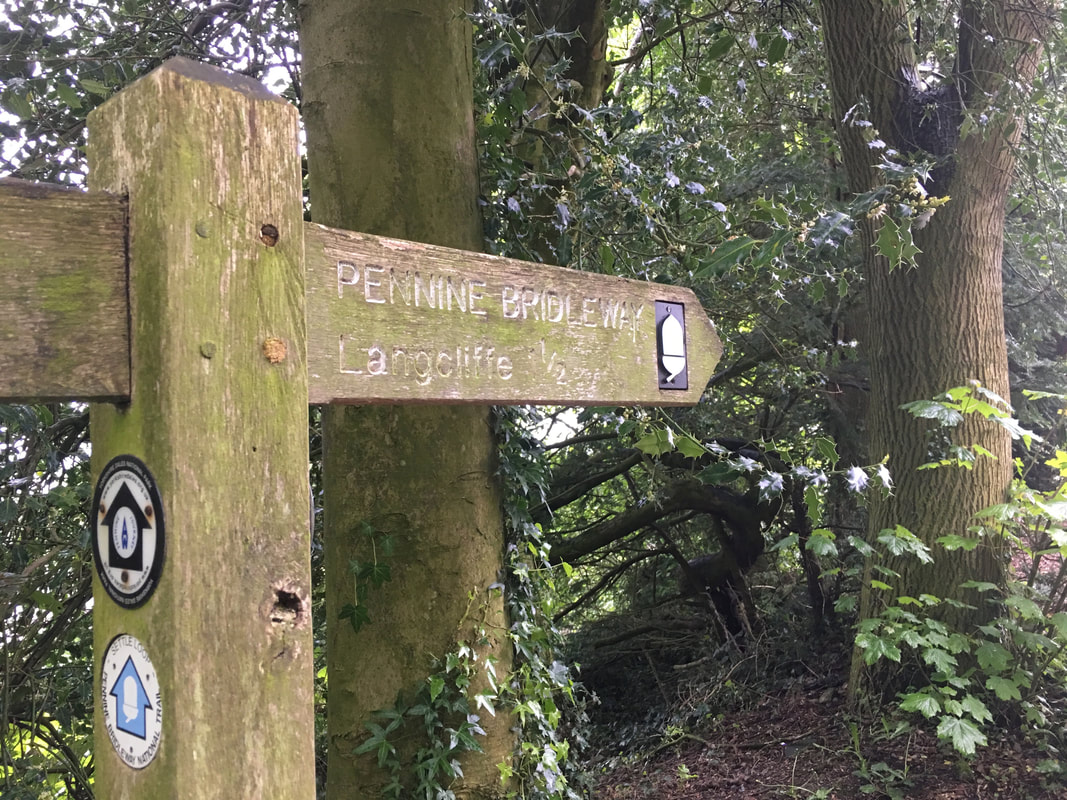 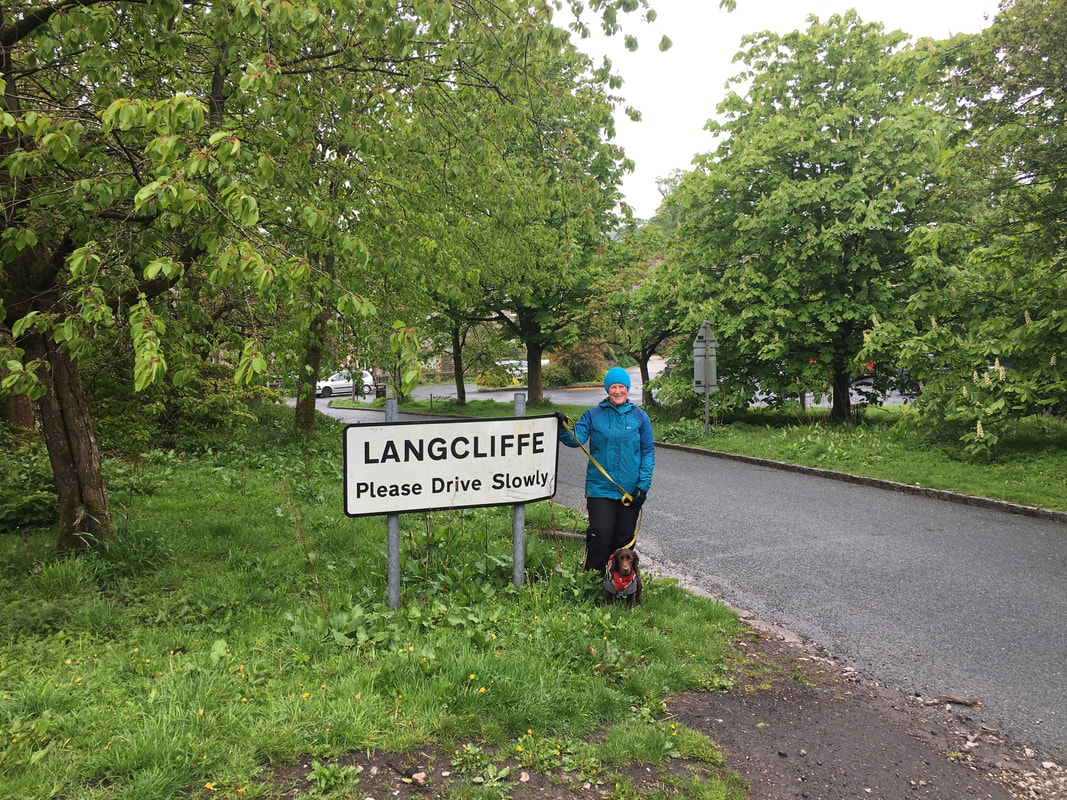 Here we are - and a very lovely place it was too. 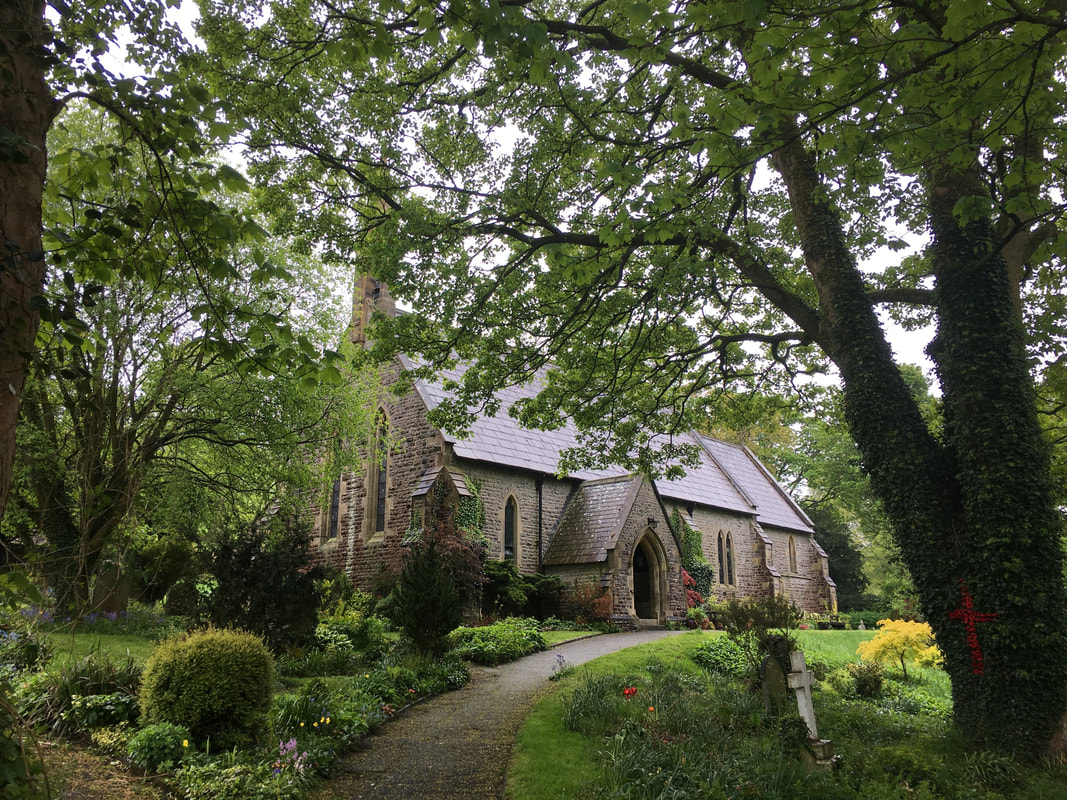 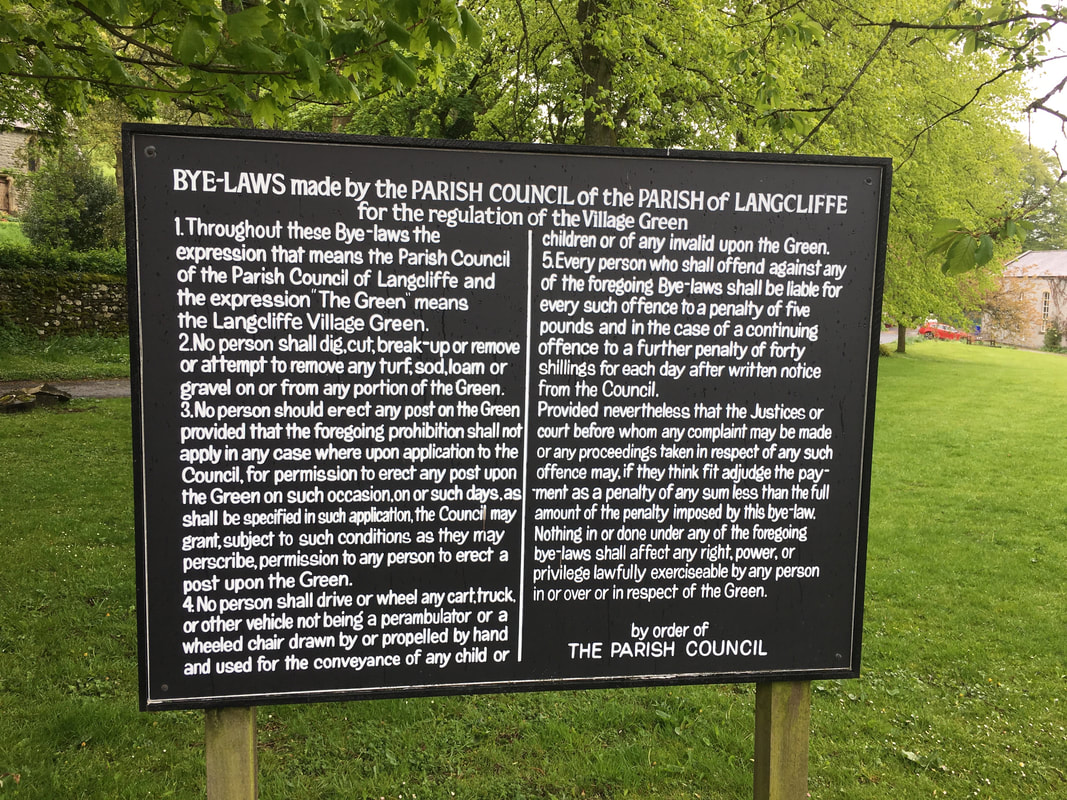 Clearly inflation and decimilisation has not reached Langcliffe yet 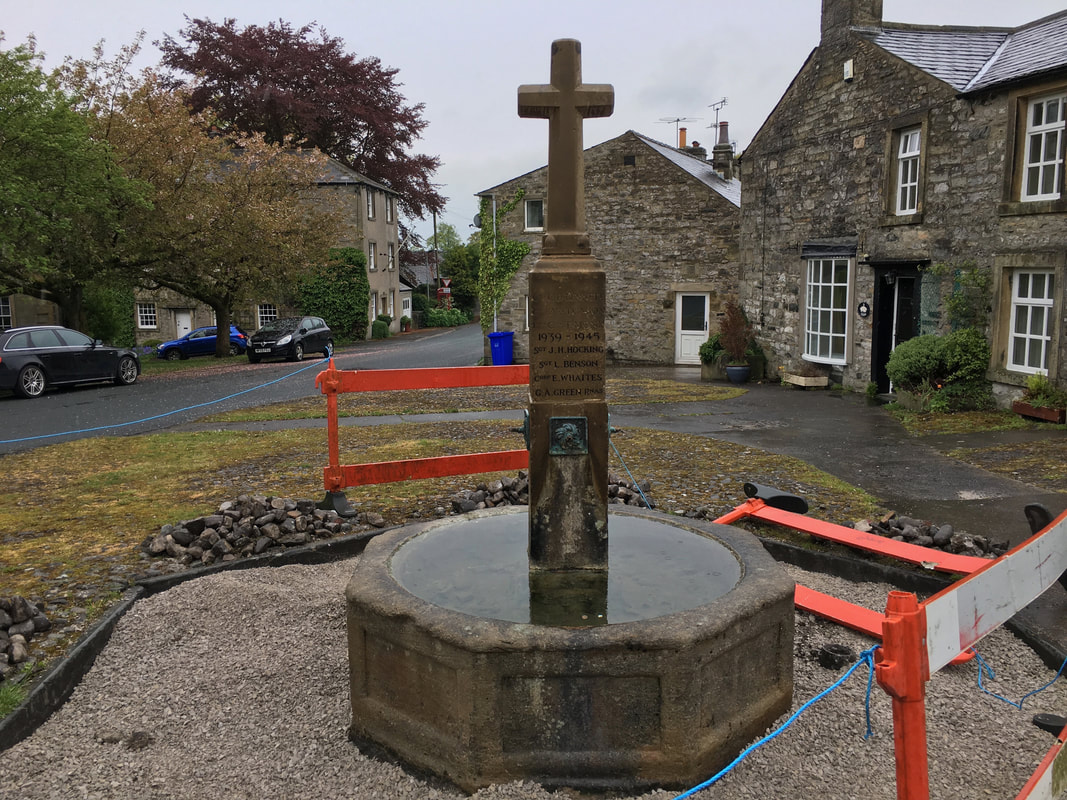 The War Memorial in Langcliffe 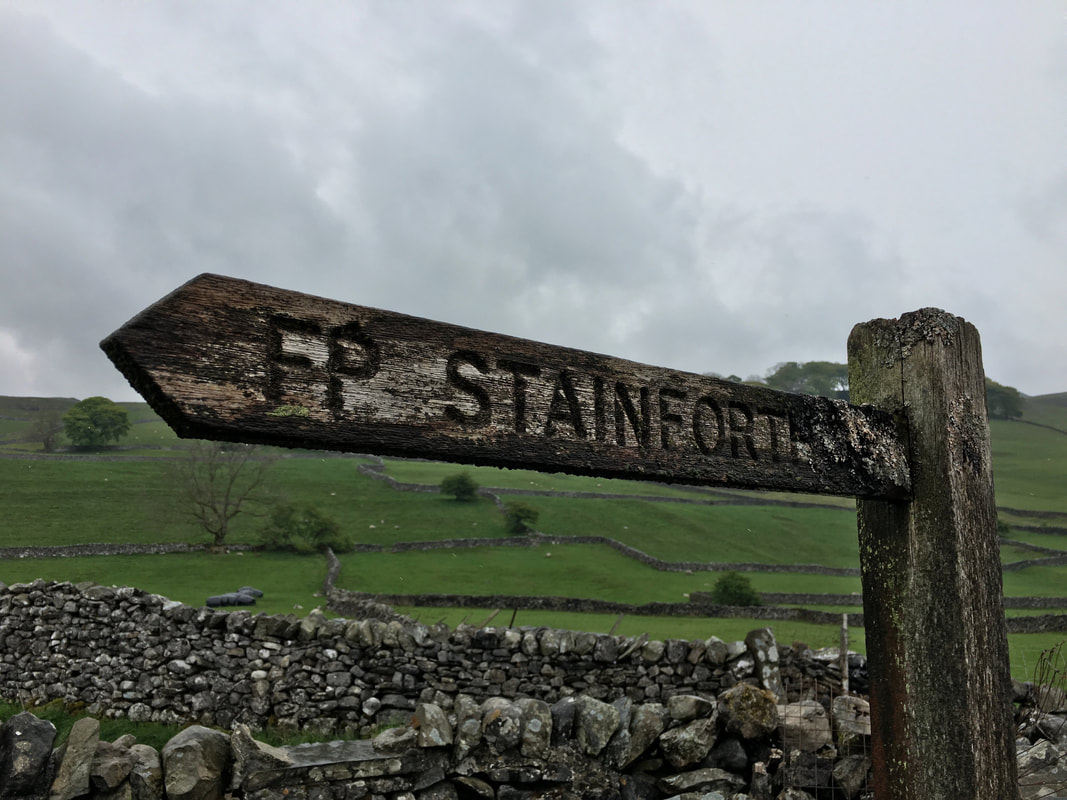 Next stop Stainforth - there is a pub there apparently 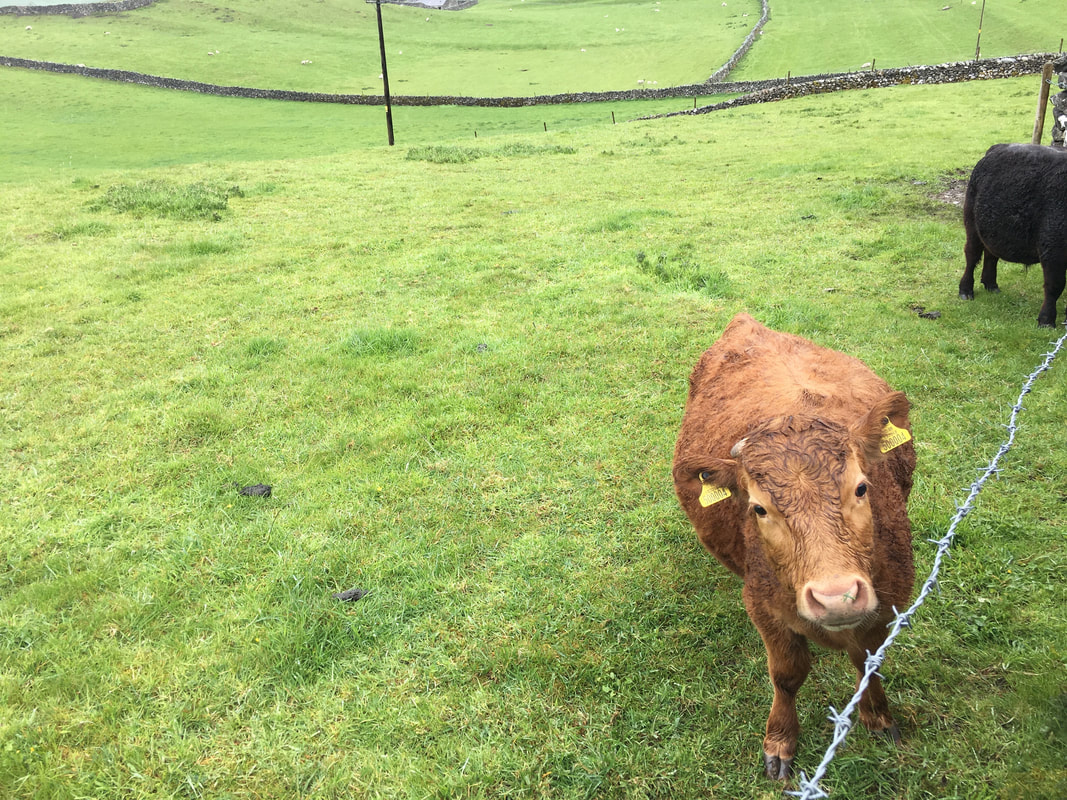 These little chaps were extremely inquisitive 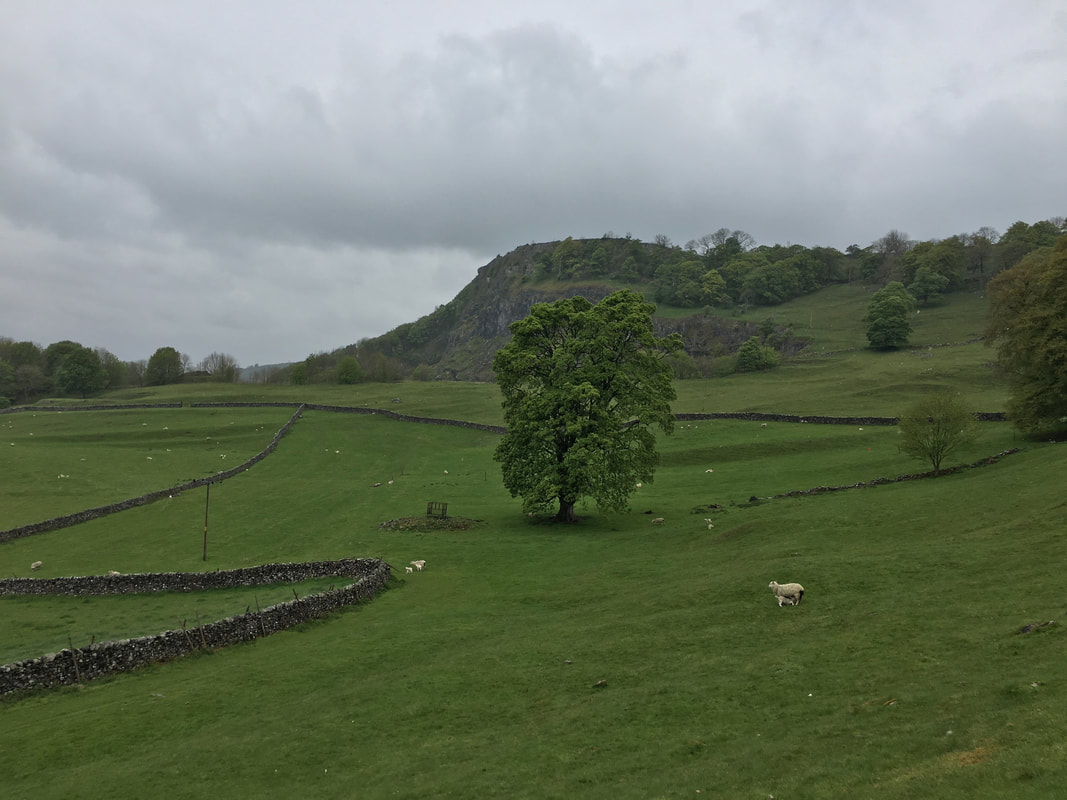 The transit between Langcliffe & Stainforth - Stainforth Scar dominates the view ahead 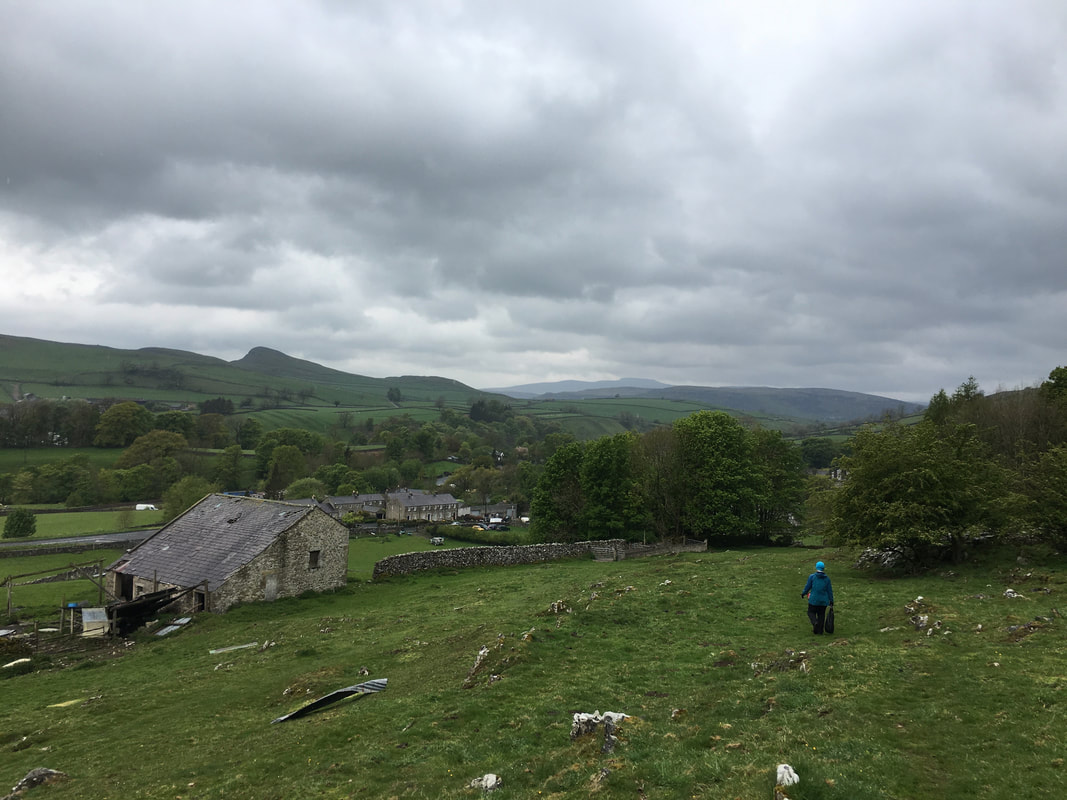 Heading down into Stainforth 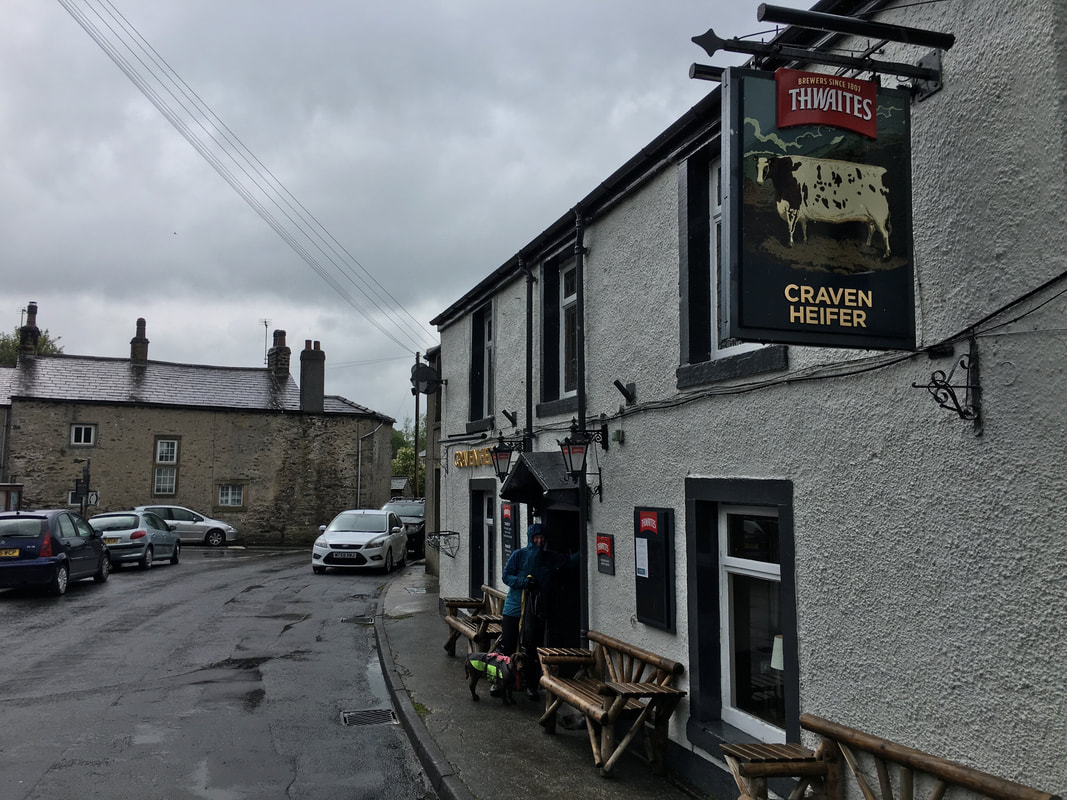 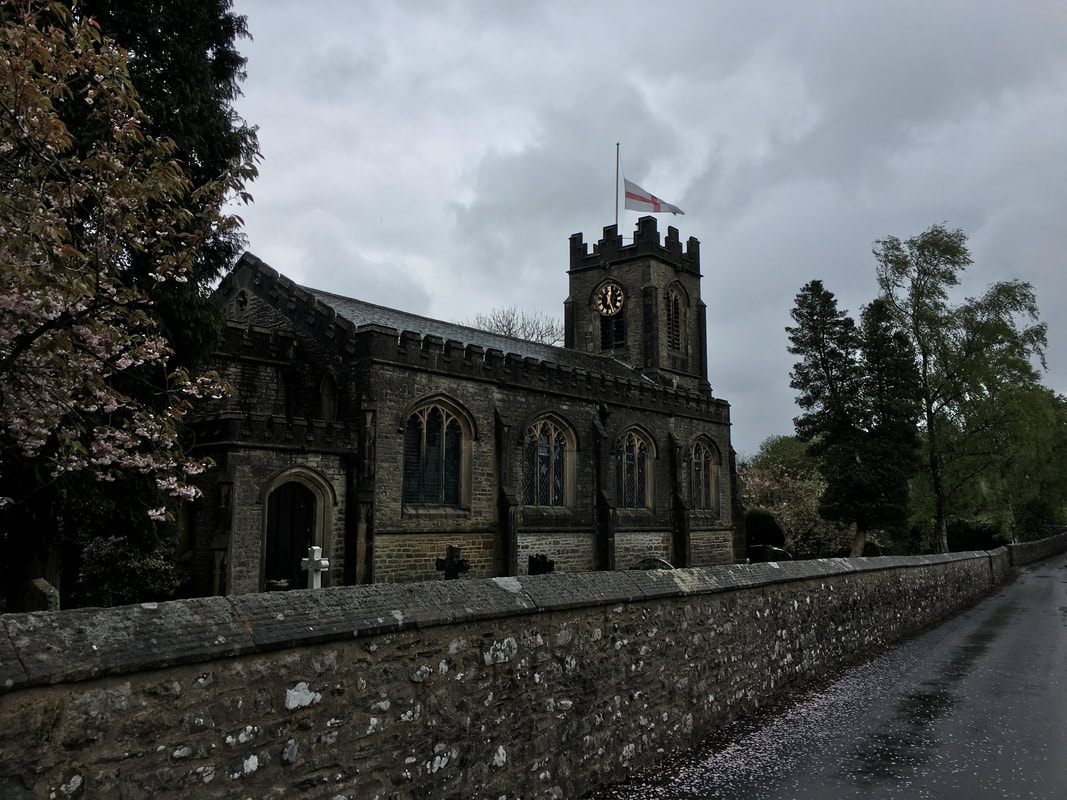 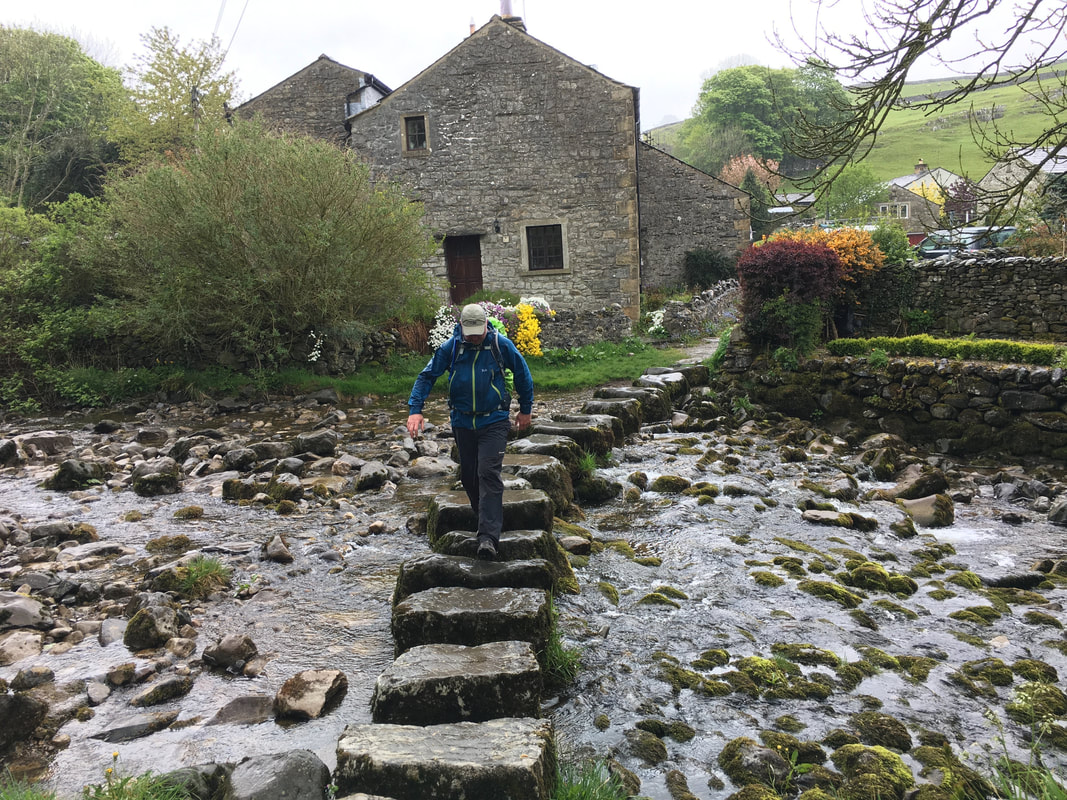 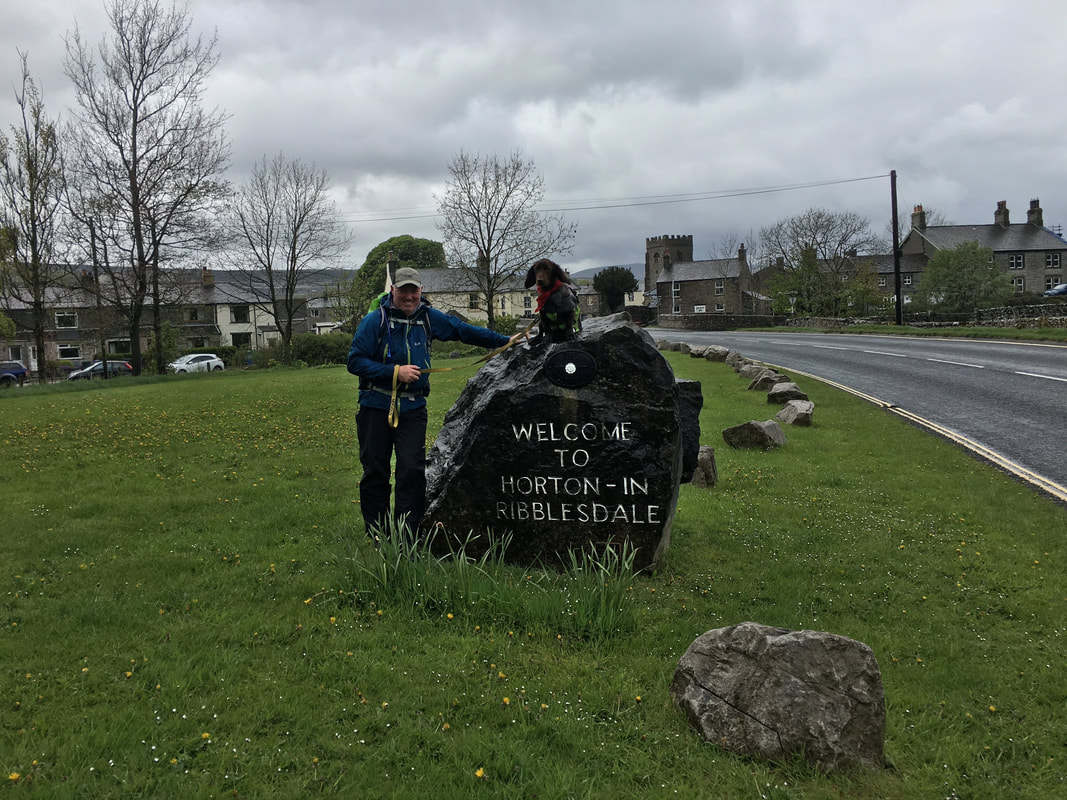 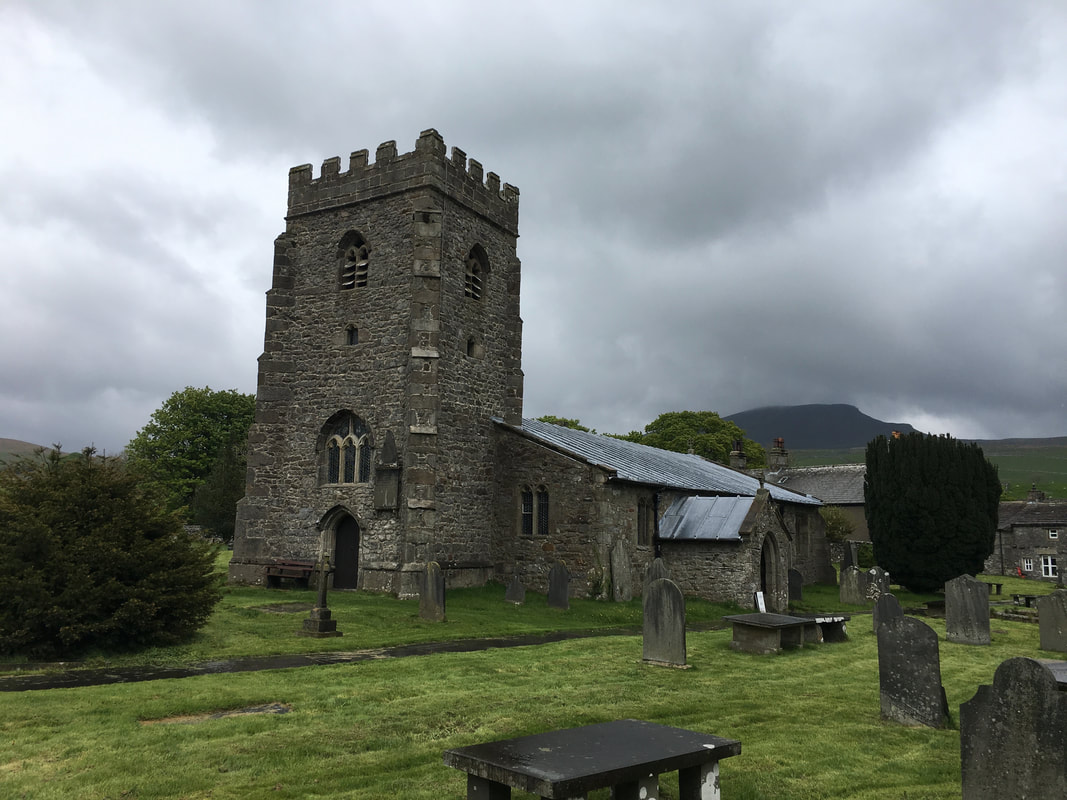 St Oswald's Church, Horton-in-Ribblesdale
This ancient church built in the early 12th Century stands in the shadow of Penyghent, one of the Yorkshire 3 Peaks.
The building has many interesting features, particularly the Norman doorway and tub font with herringbone decoration. 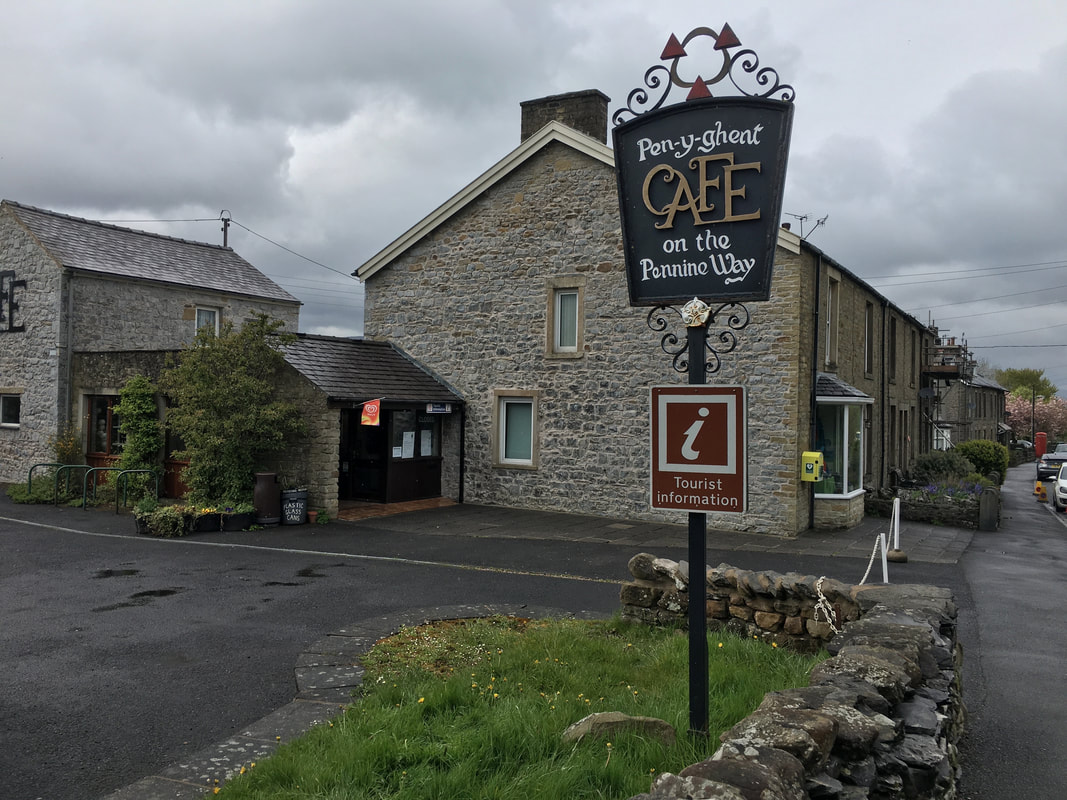 The famous Pen y Ghent Cafe in Horton-in-Ribblesdale - the cafe used to be the registration point for those attempting the Yorkshire 3 Peaks (Y3P) but is sadly now closed for the foreseeable future.  A link to my own attempt on the Y3P in 2013 is here 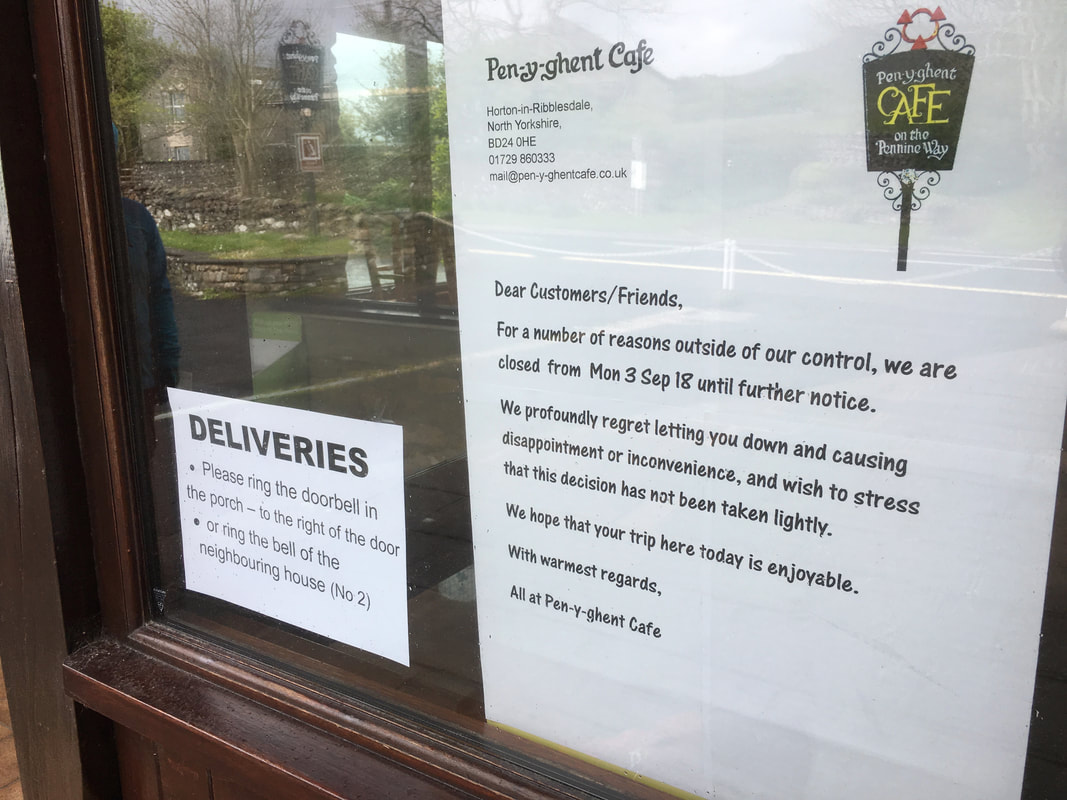 Here is why it is shut - such a shame 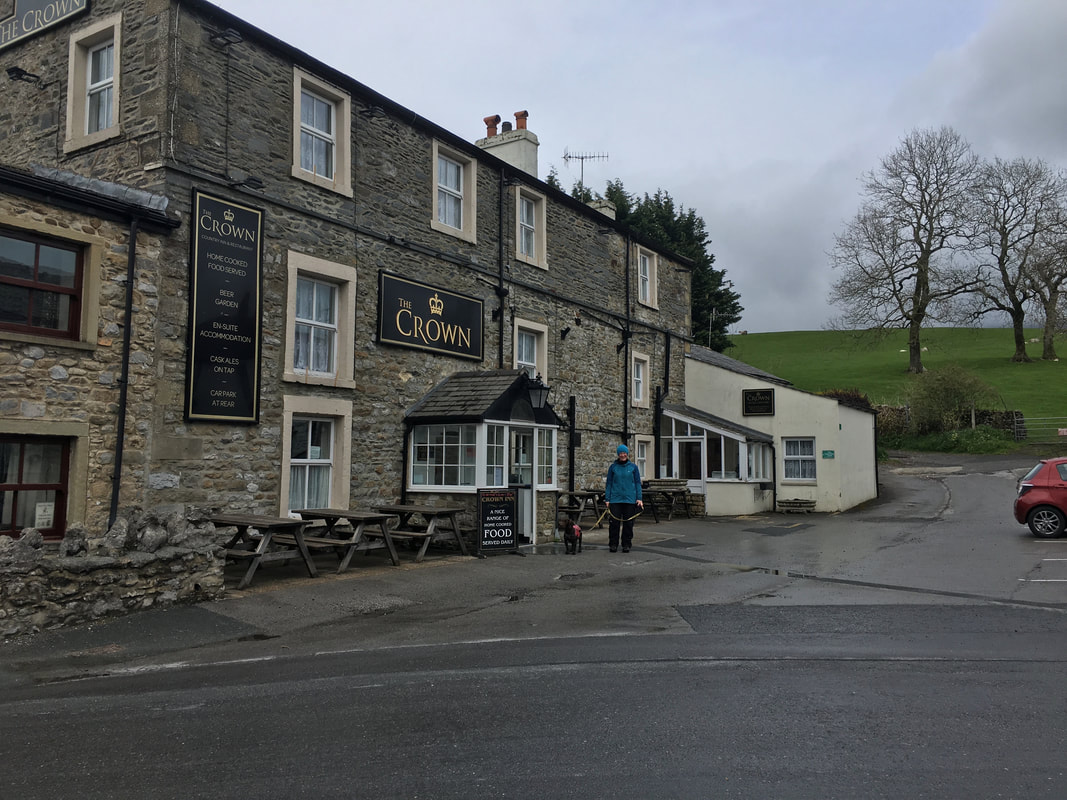 There are two pubs in Horton - this is the better of the two (in my opinion).
We were disappointed to see that it was not dog friendly and as it was still chucking it down we adjourned to the station waiting room 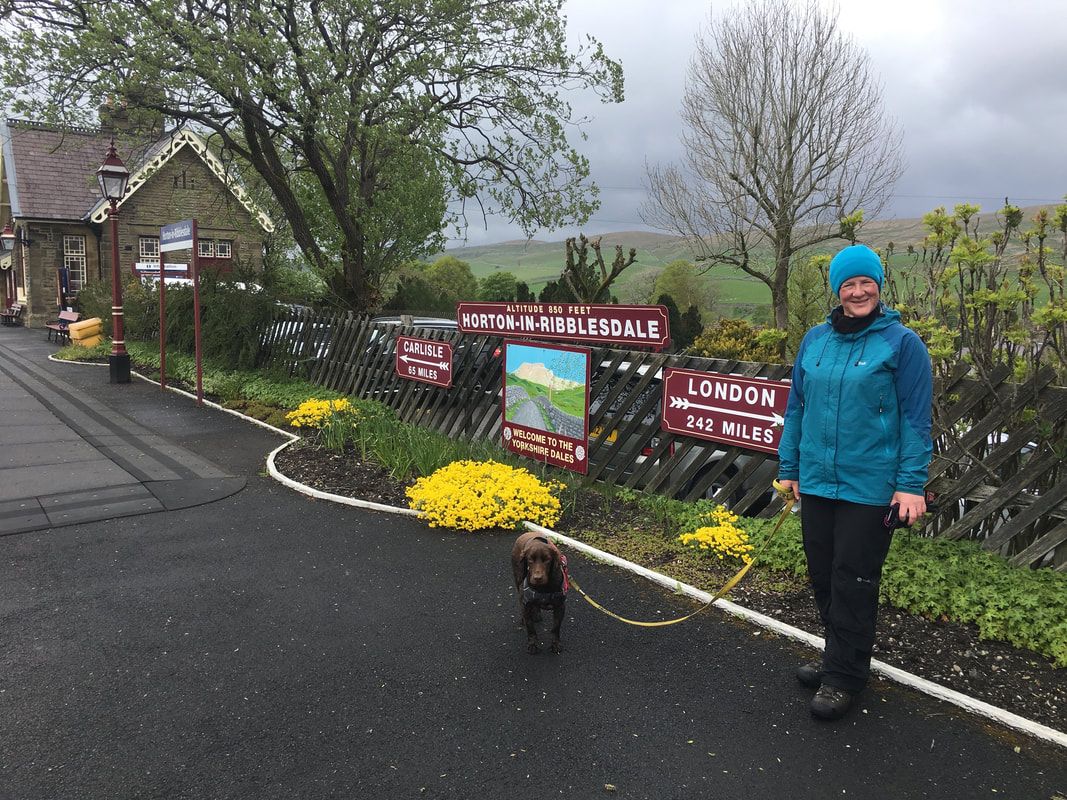 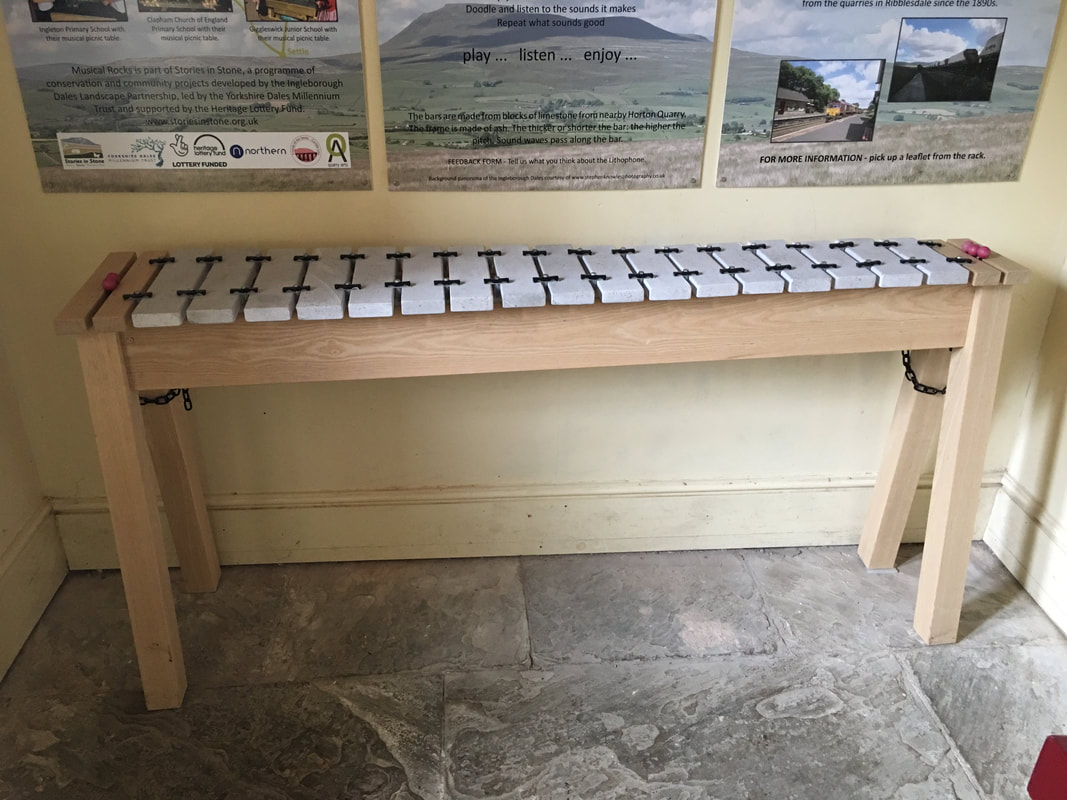 The Lithophone at Horton-in-Ribblesdale Station.
The bars are made of Limestone from nearby Horton Quarry and the frame is made of Ash 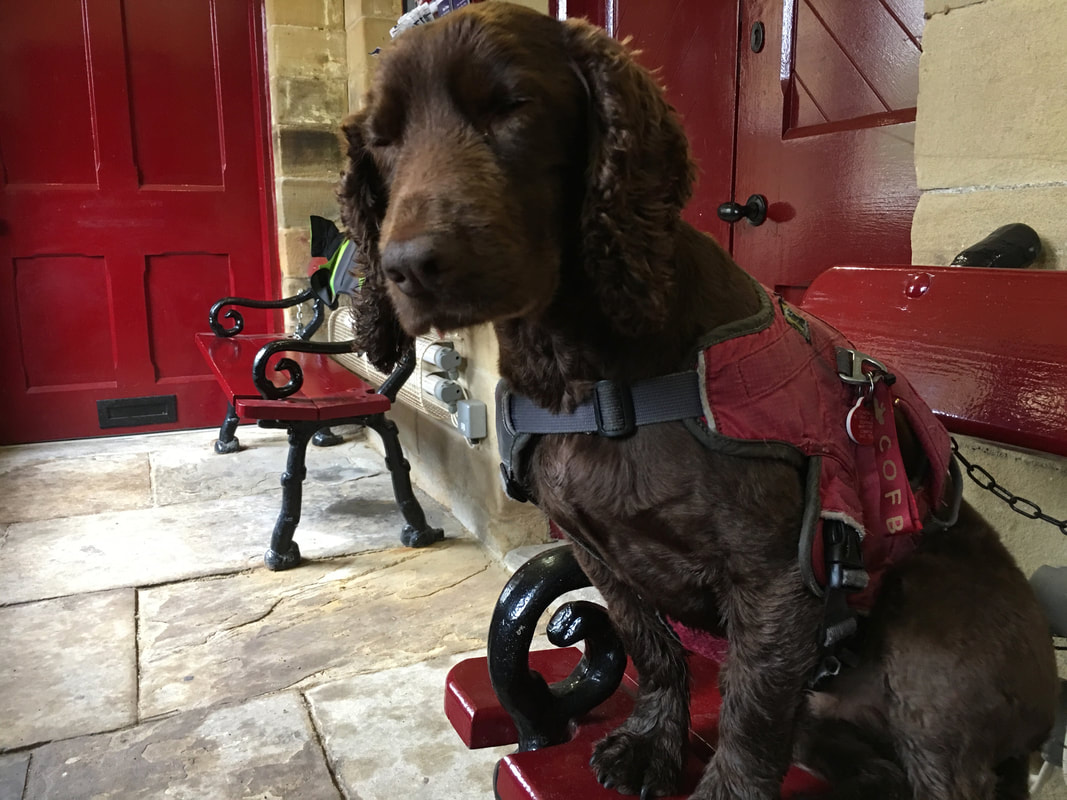 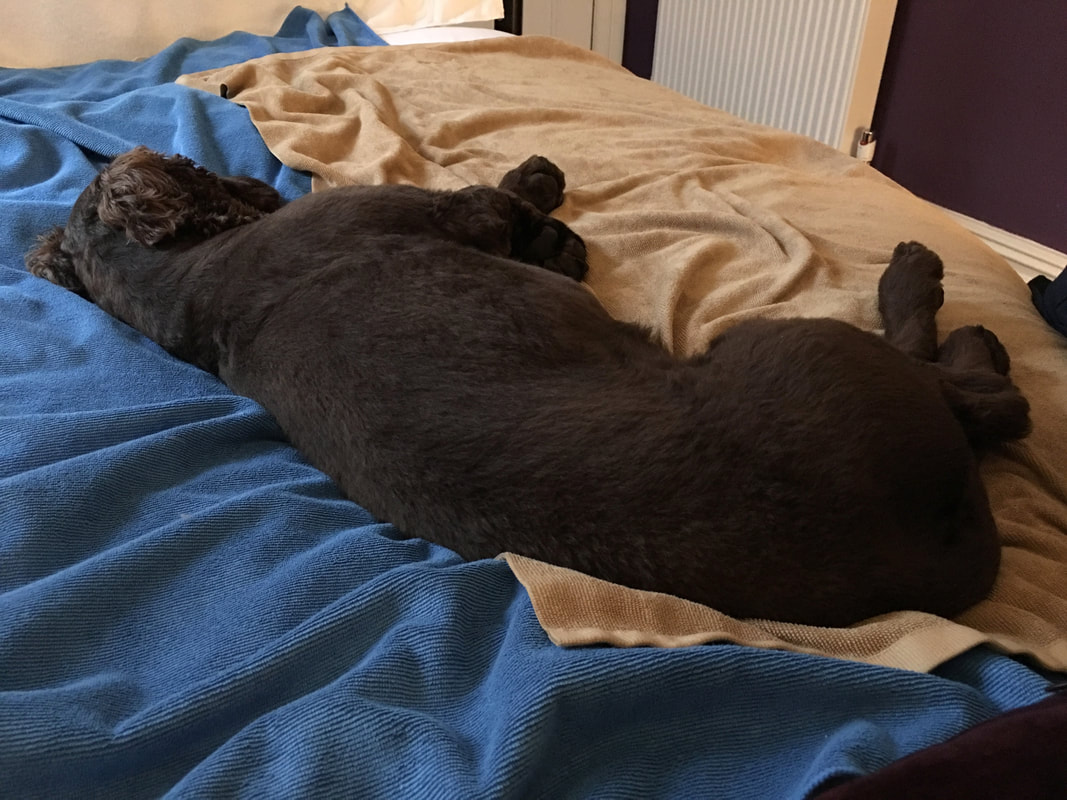