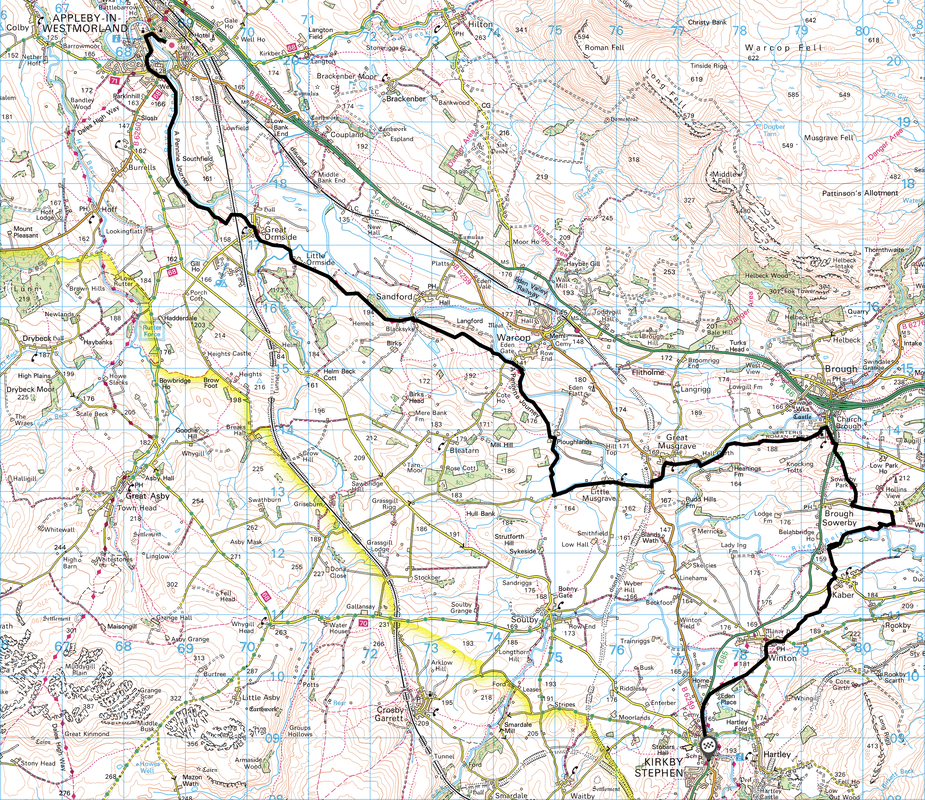 Lovely 2 day stay at Bongate House - Anne & Mick have not been there that long but are doing a cracking job. We left to another glorious weather day - would it hold out? We shall see!!. Today’s leg at just over 17 miles would be the longest of the entire walk and we were therefore hoping for cool breezes to alleviate the heat and cloudless sky.

From Low Cross the route made its way up through Boroughgate to High Cross via the Alms Houses and its lovely Chapel. From the castle walls we dropped down to the River Eden to handrail the water on a delightful stretch of farmland. After crossing underneath the railway we made our way through the lovely village of Great Ormside and after about a mile or so had to negotiate a very overgrown section of the path near a bungalow at Sanford Bridge.

After a quick lunch break west of Warcop we passed through another two delightful villages, namely Little & Great Musgrave and stopped for a very nice chat with one of the locals. The route then passes to the right of Brough Castle to reach Church Brough at which point we started to head south towards Kirkby Stephen. We both remarked how beautiful the Eden Valley is and at Sowerby Park Farm chatted to the owner who reiterated the point that this part of Cumbria is simply a delightful place to live.

All was going well until we we approached Belah Bridge. We could see in the distance that a large group of cows were blocking the exit on to the ​road towards Kaber. Rather than disturb the cows we looked for an alternative route and therefore climbed above them and exited on to the road a little further up. We encountered more cows near Winton but this time they were quite placid. Passing through Winton and noticing its very, very shut Pub we tolerated the long trudge into Kirkby Stephen knowing that soon we would finish for the day.

Sat outside The Black Bull we called Carol at our B&B to say we had arrived and were having a quick drink before checking in and whilst we were there had the pleasure of meeting a lovely Cocker Spaniel pup called Ozzie. Showered and changed we bimbled back into town for some supplies and had a very pleasant chat with a pair of WPCs who had been seconded to the area to police the forthcoming Appleby Horse Fair - they both made a right old fuss of Fudge. 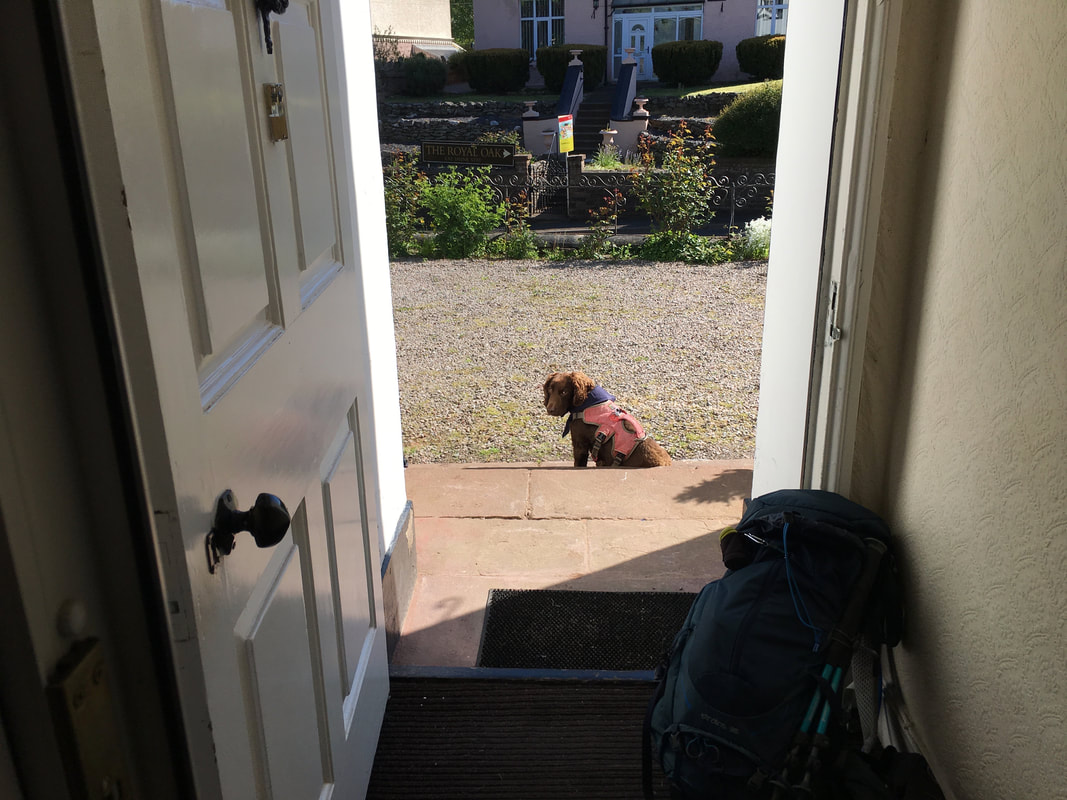 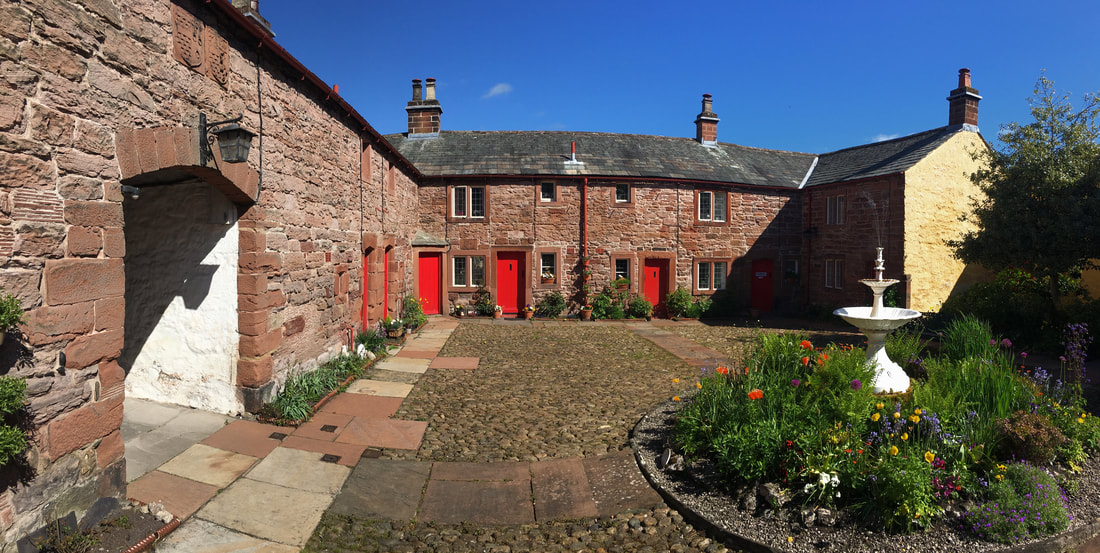 The Alms Houses of the hospital of St Anne

Just off Boroughgate, the Alms Houses were the legacy of Lady Anne Clifford who did so much not only for the restoration of castles and estates in the area, but also for the people of Appleby.  When she was living in the castle during the 17th Century, she became concerned with the welfare of the poor widows of the town. Therefore she had twelve alms houses and a chapel built in 1651. They are still in use today. 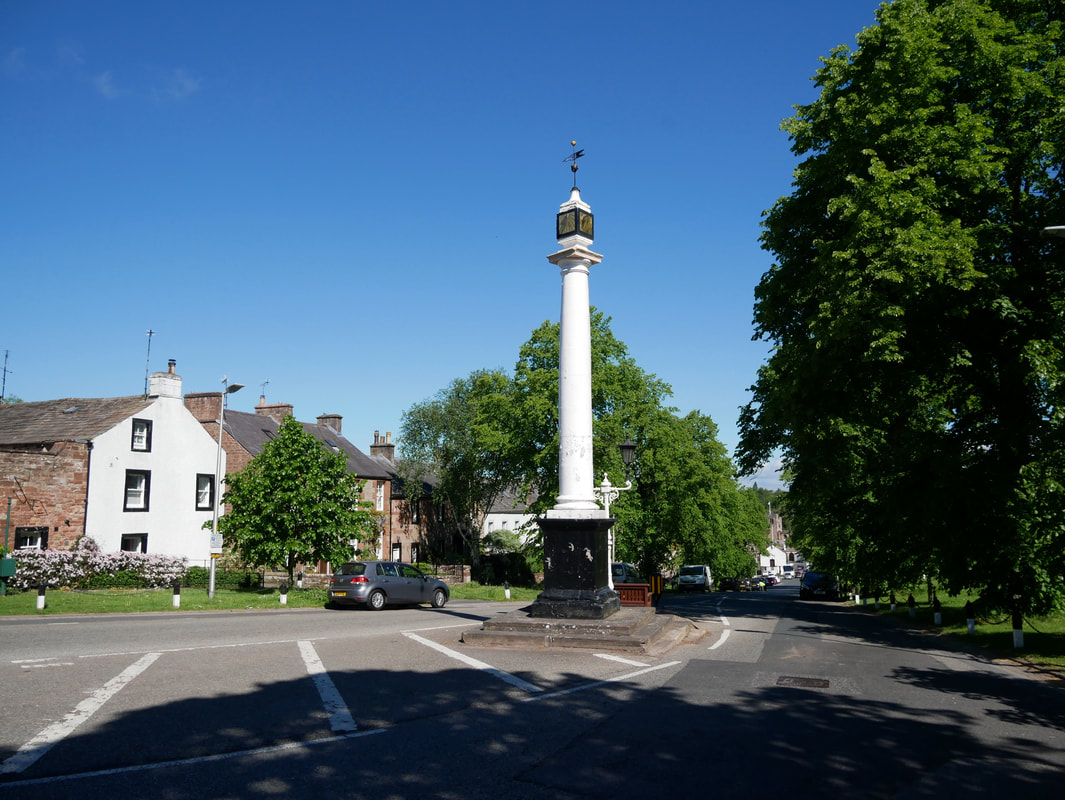 High Cross at the top of Boroughgate near Appleby Castle 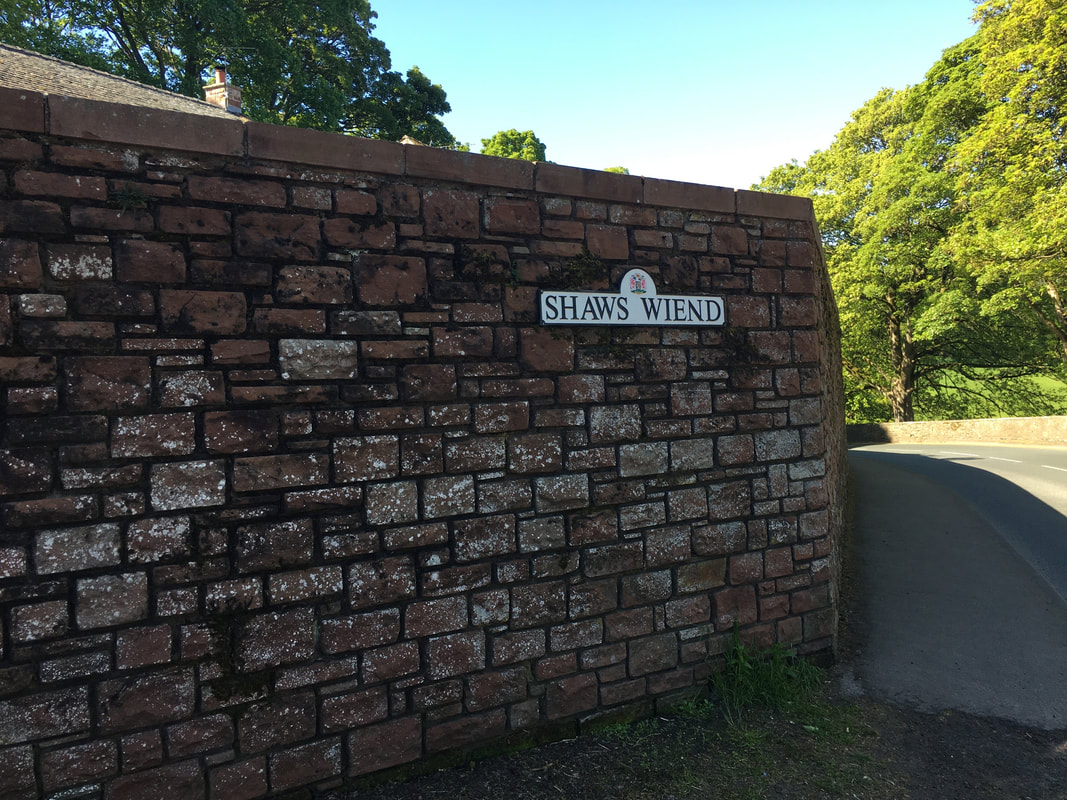 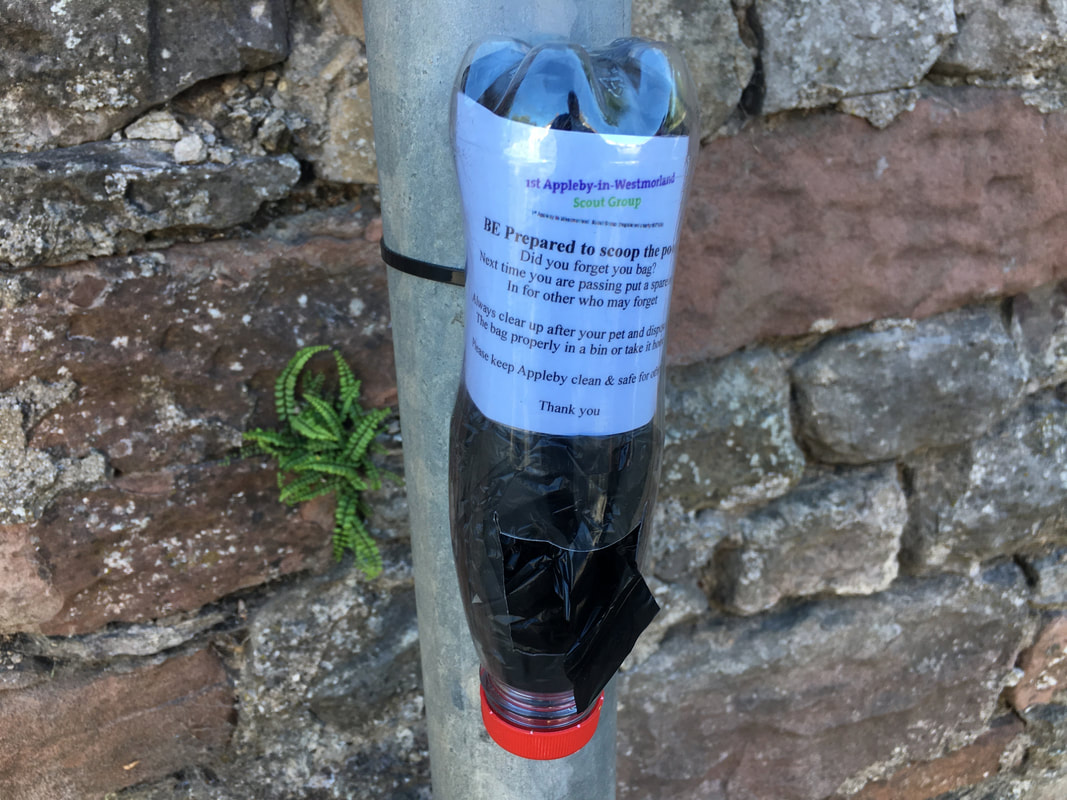 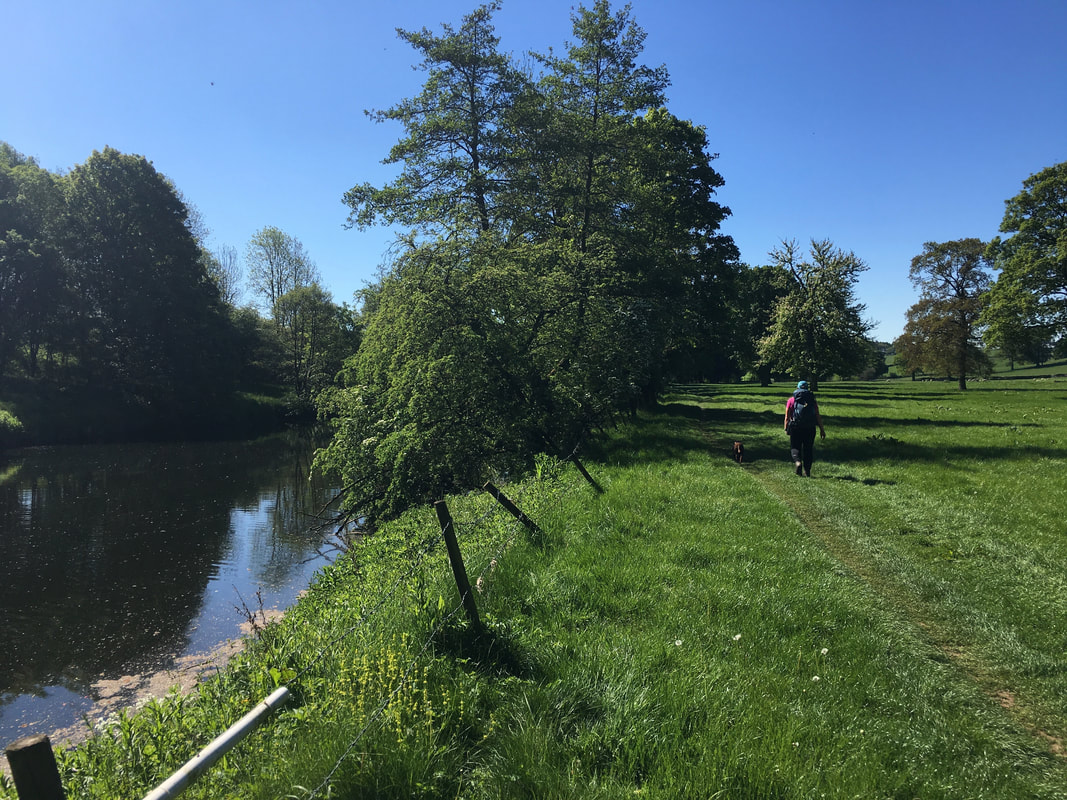 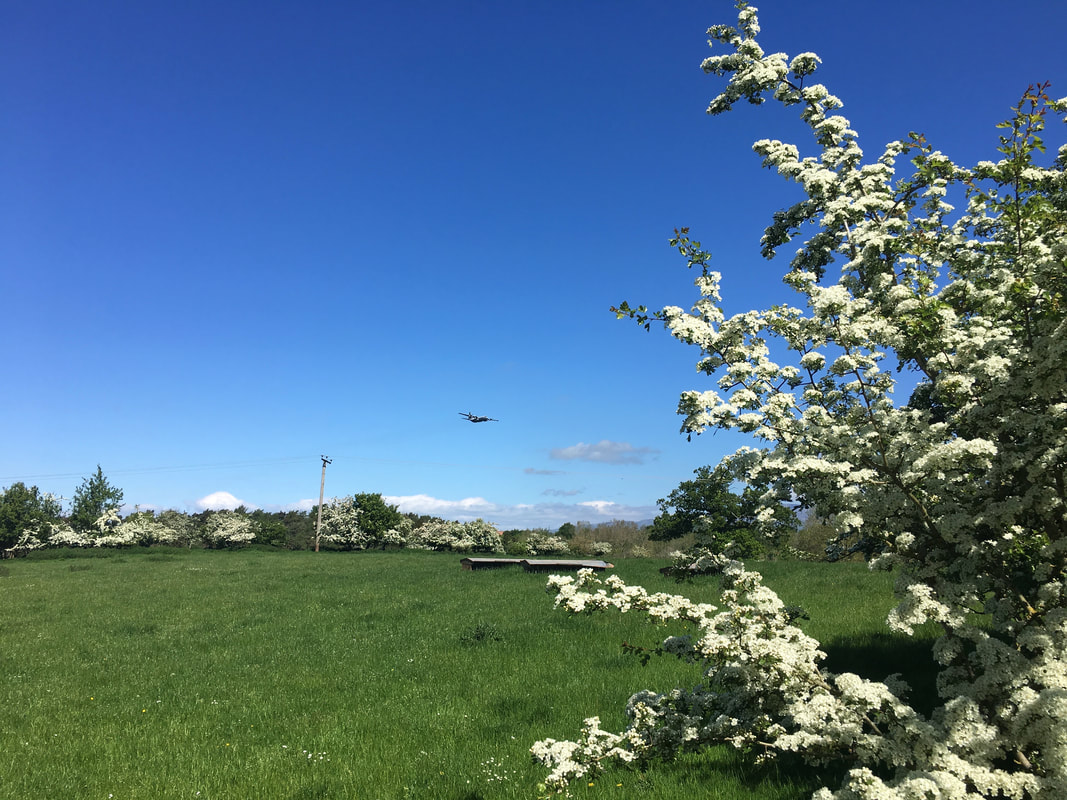 The RAF out and about on a Friday - whatever next?? 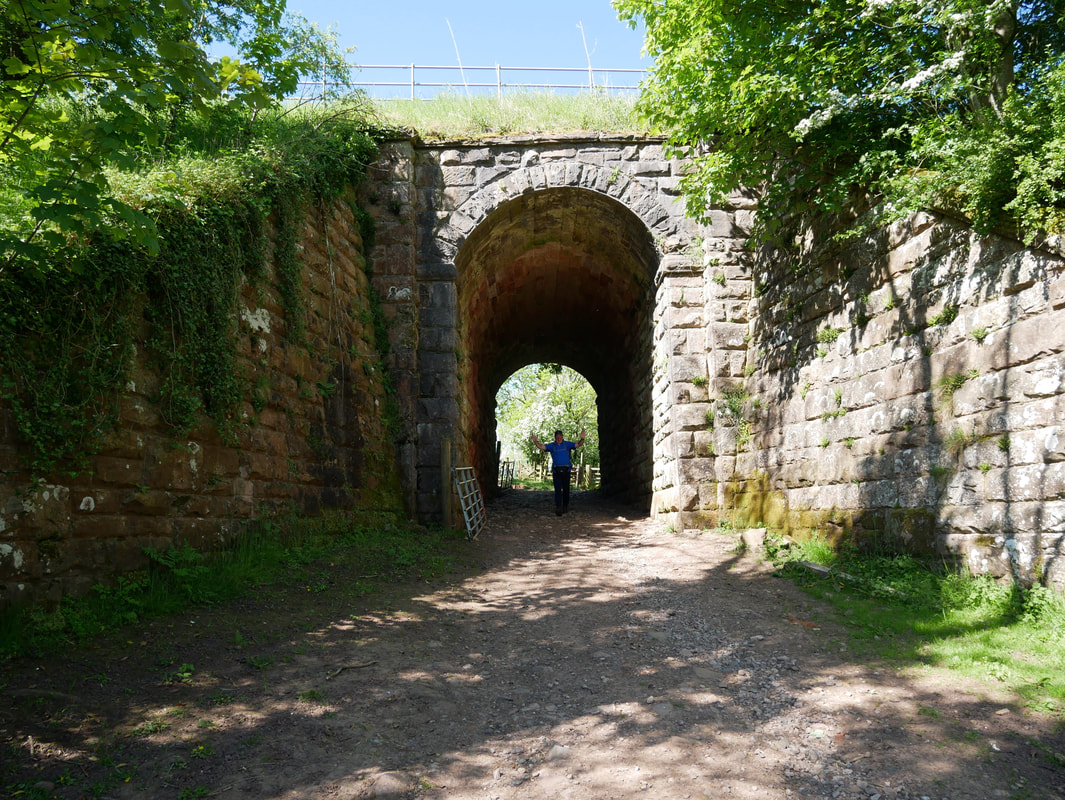 Passing underneath the Settle to Carlisle railway near Great Ormside 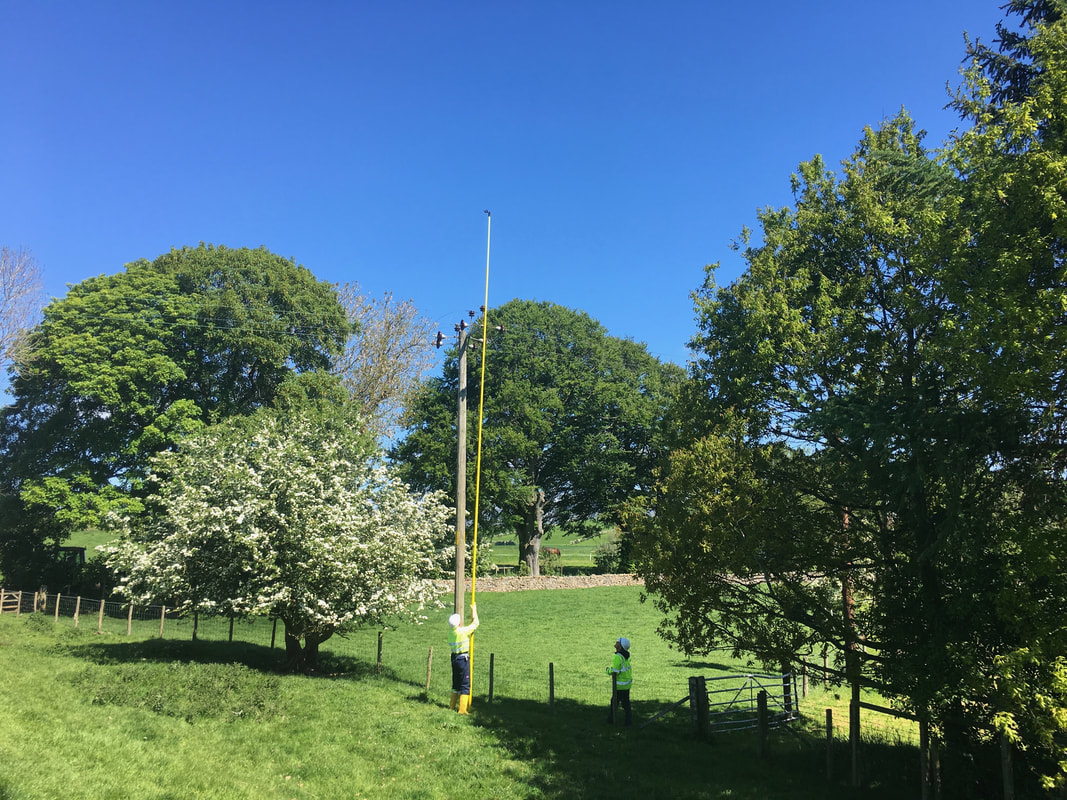 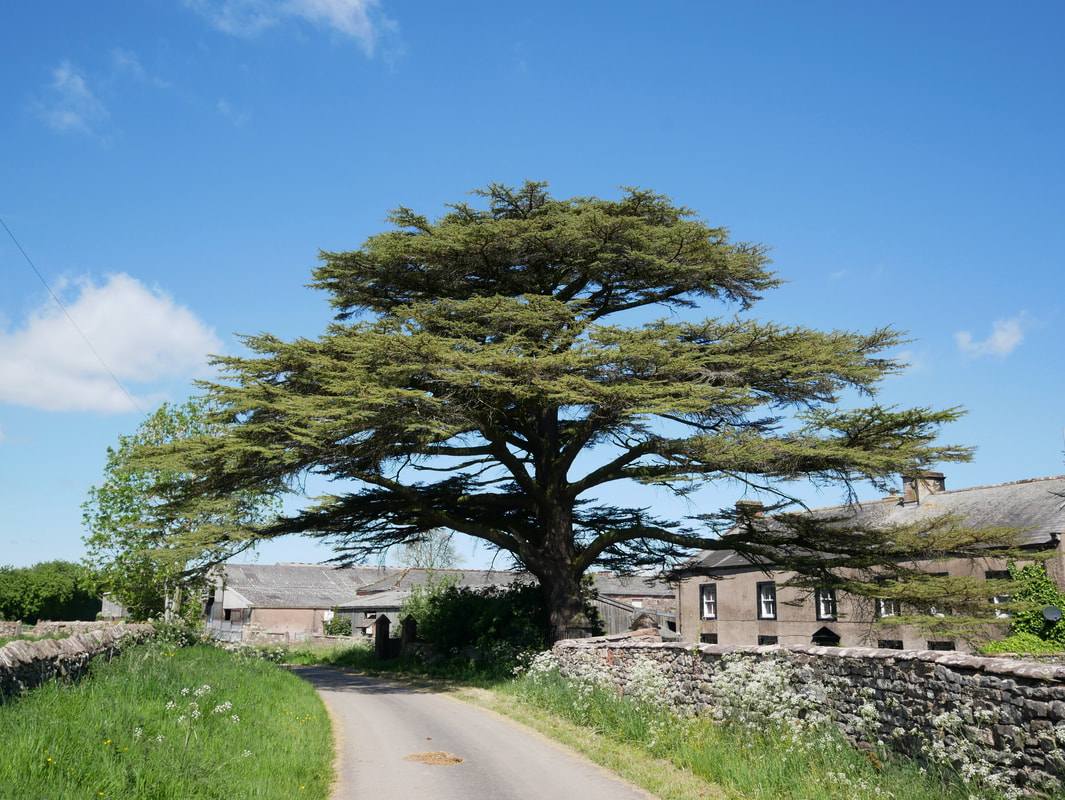 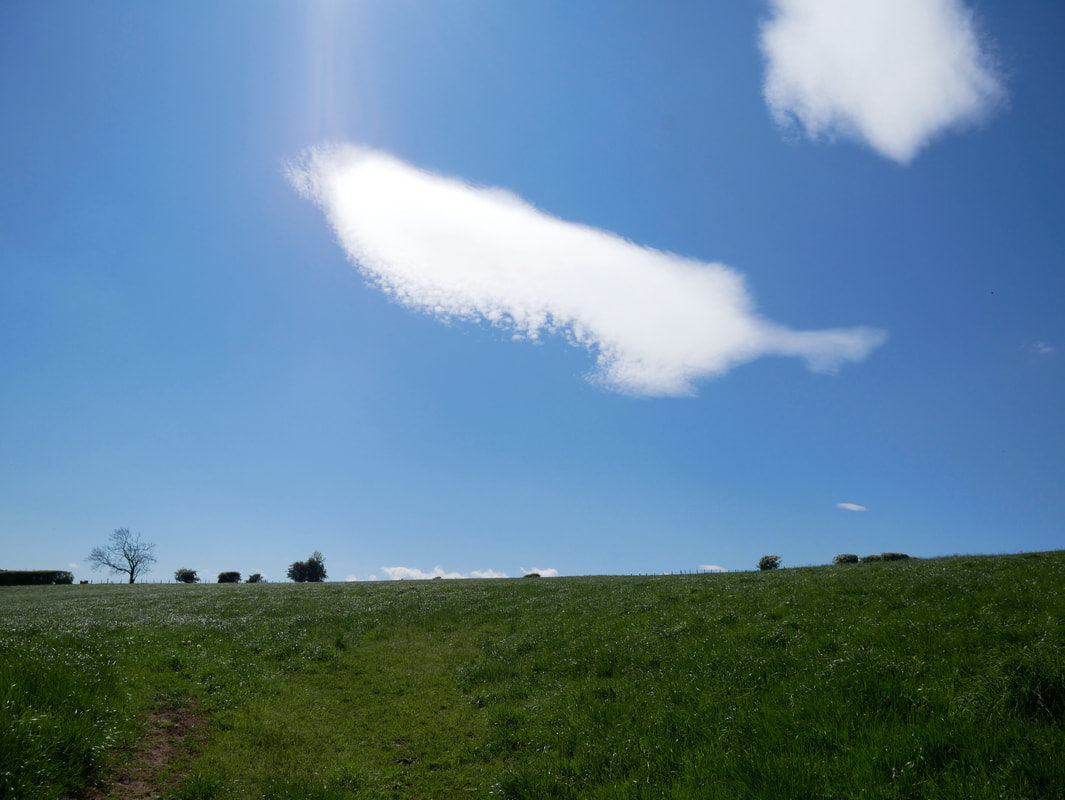 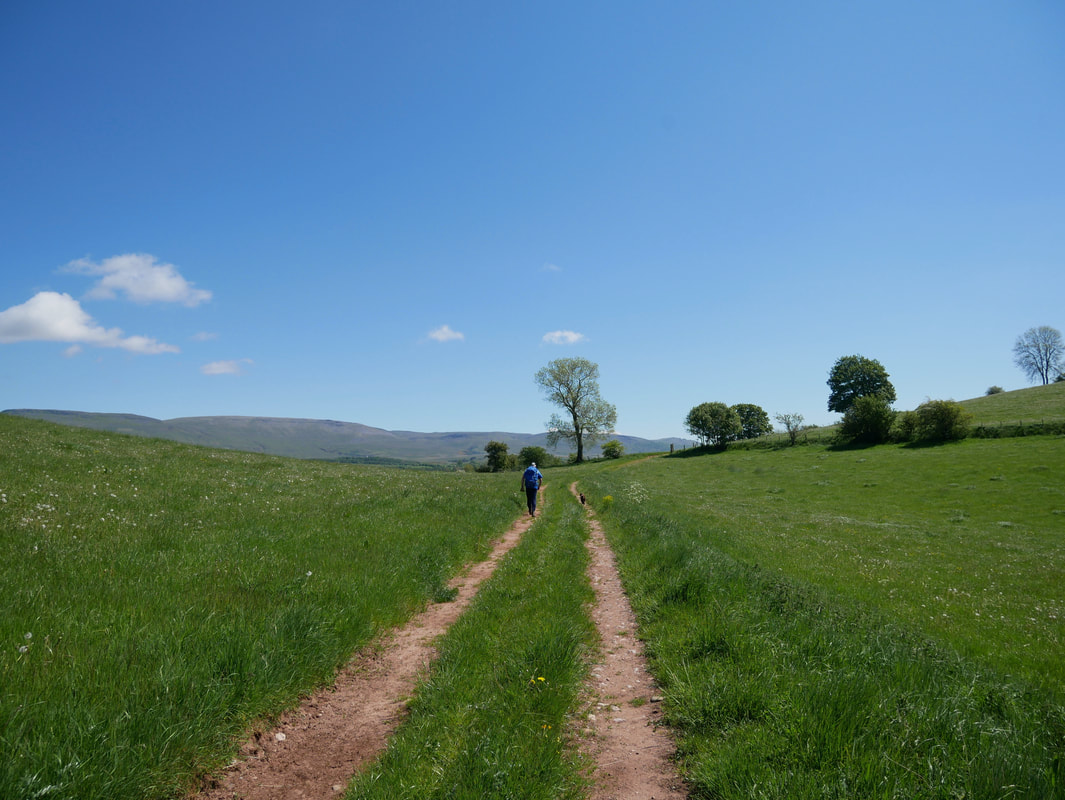 Heading for Warcop - what a glorious day 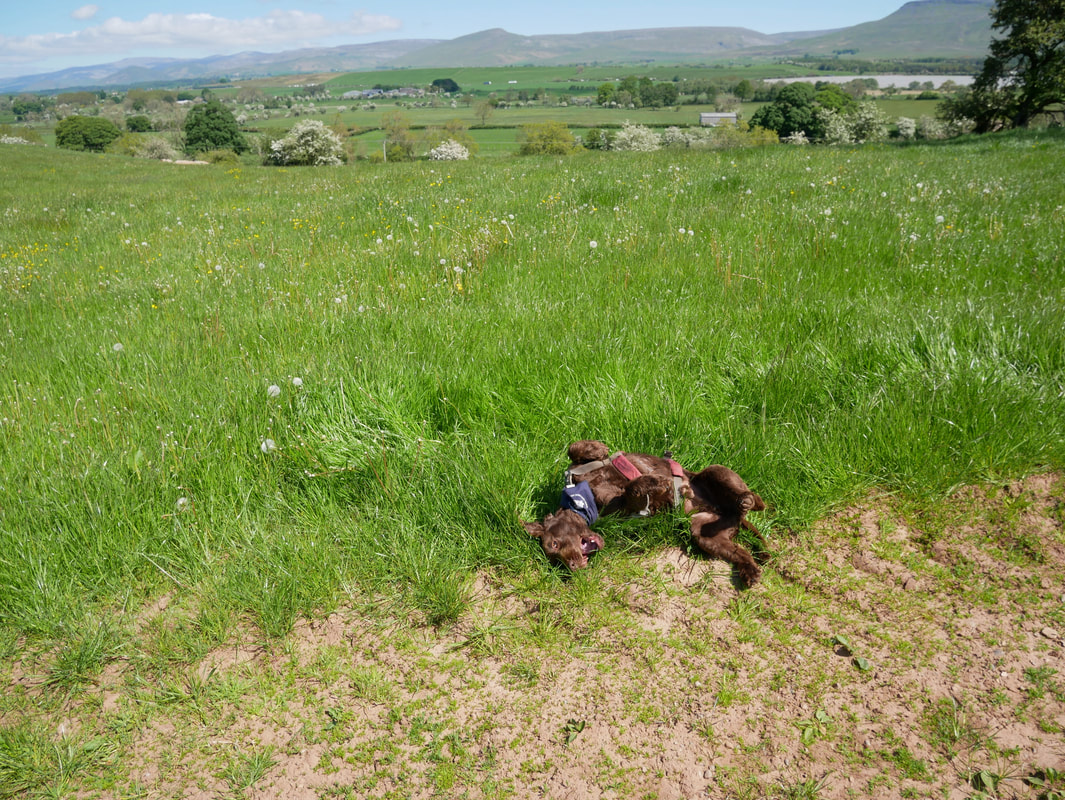 Fudge always has time for a quick 'arse about' 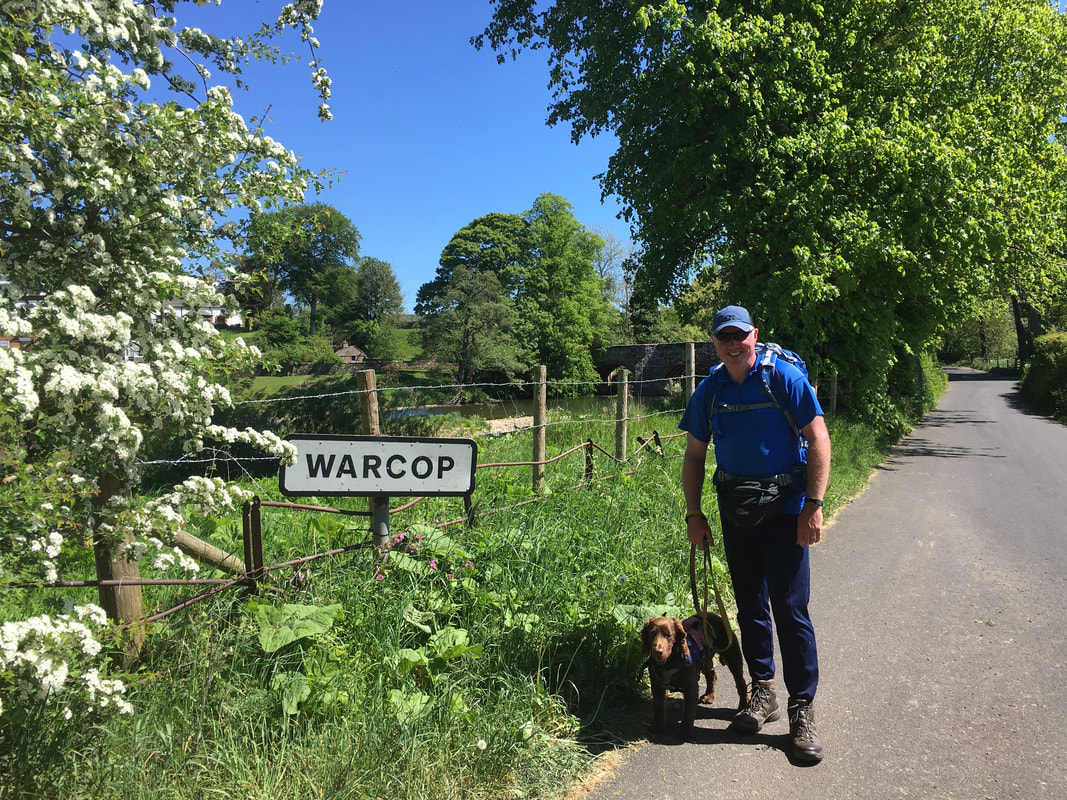 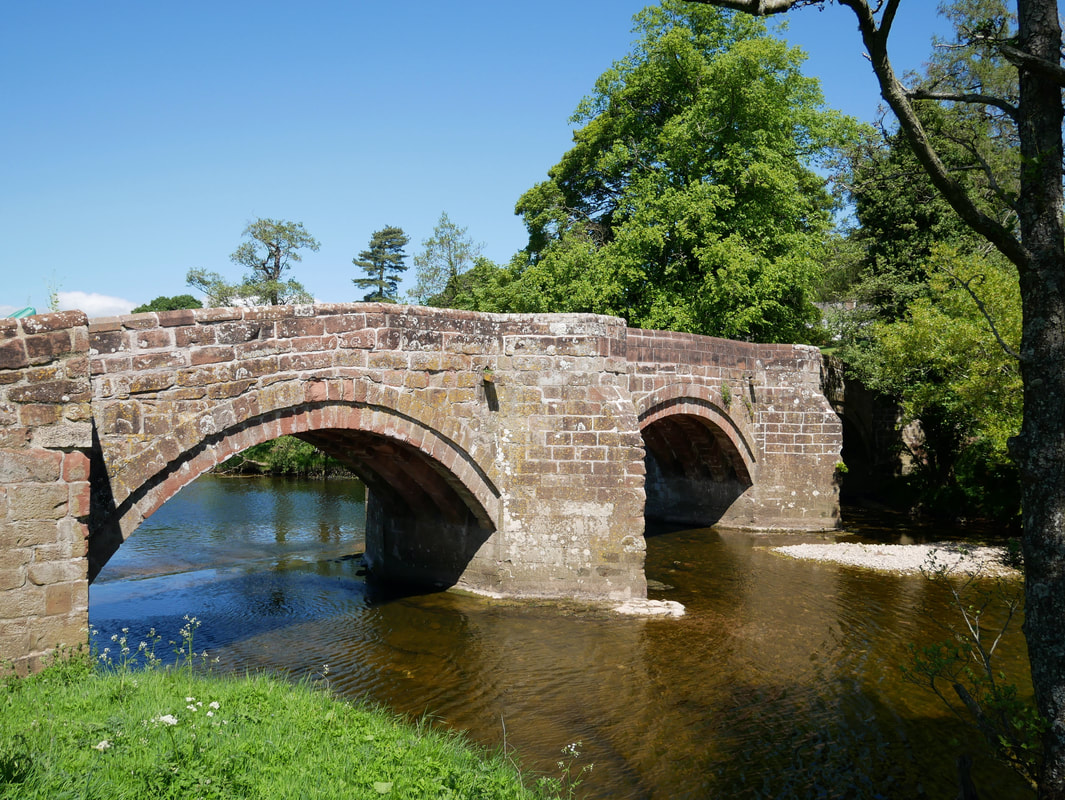 The bridge is said to be the only surviving medieval bridge over the Eden although it was quite likely modified considerably or at least substantially repaired, in the 16th and 17th centuries. 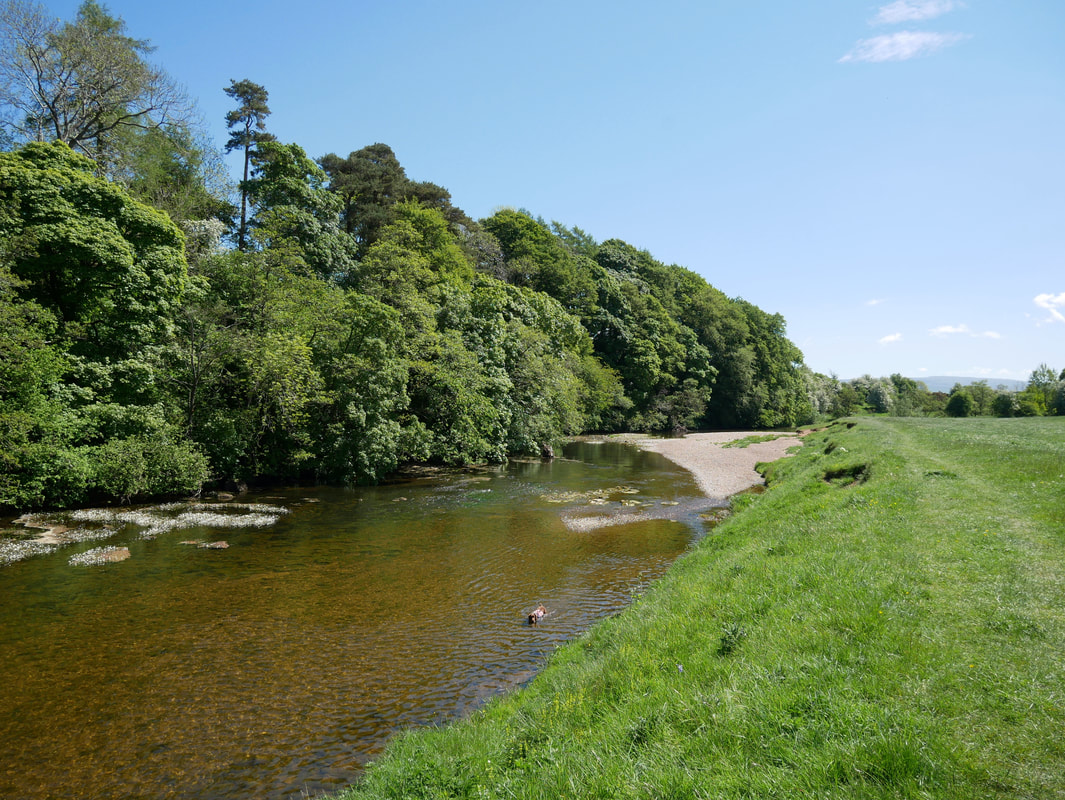 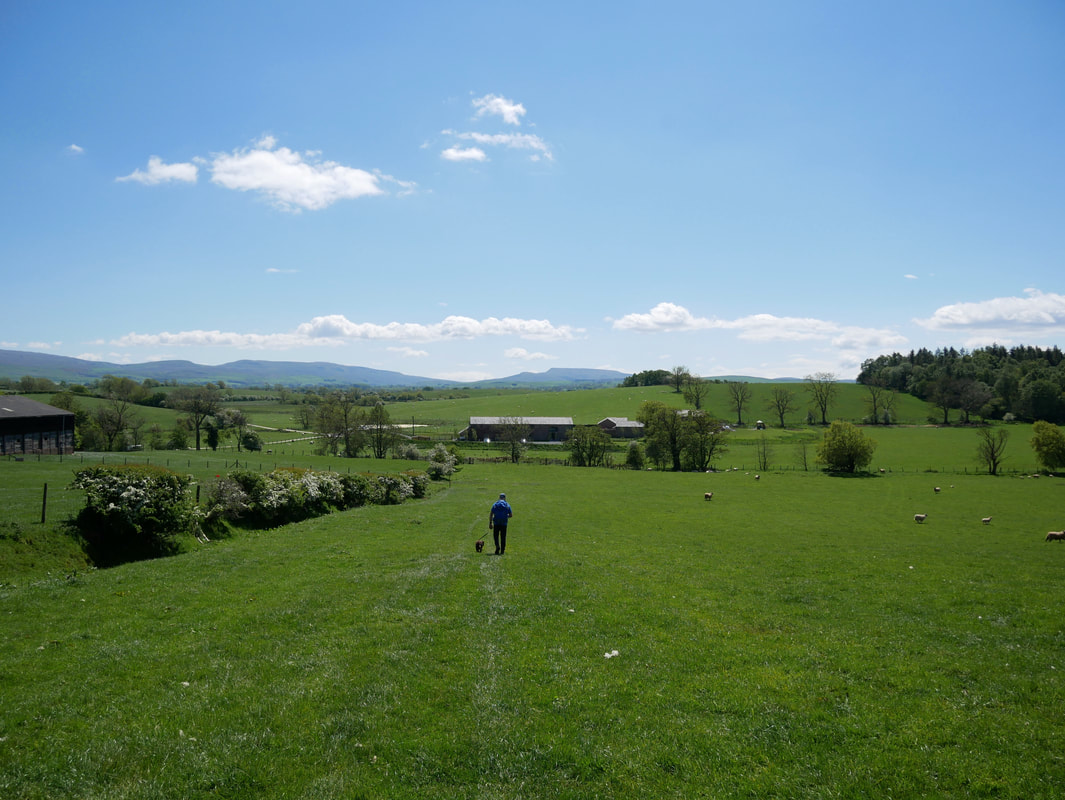 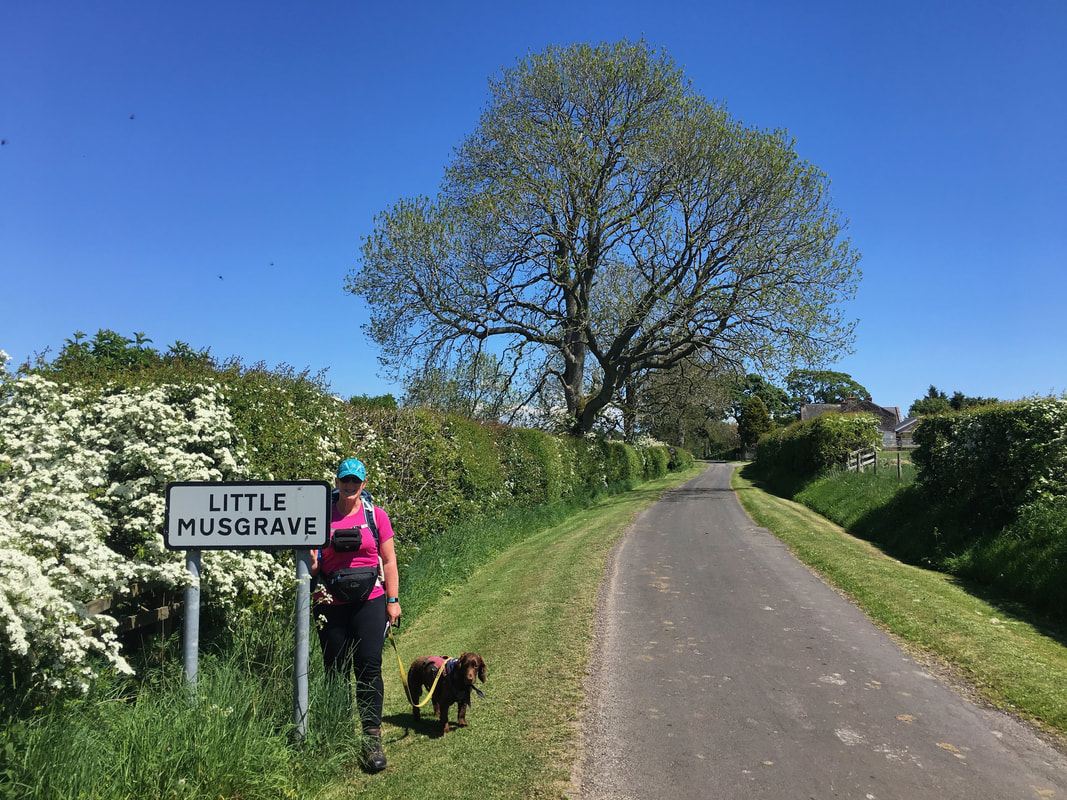 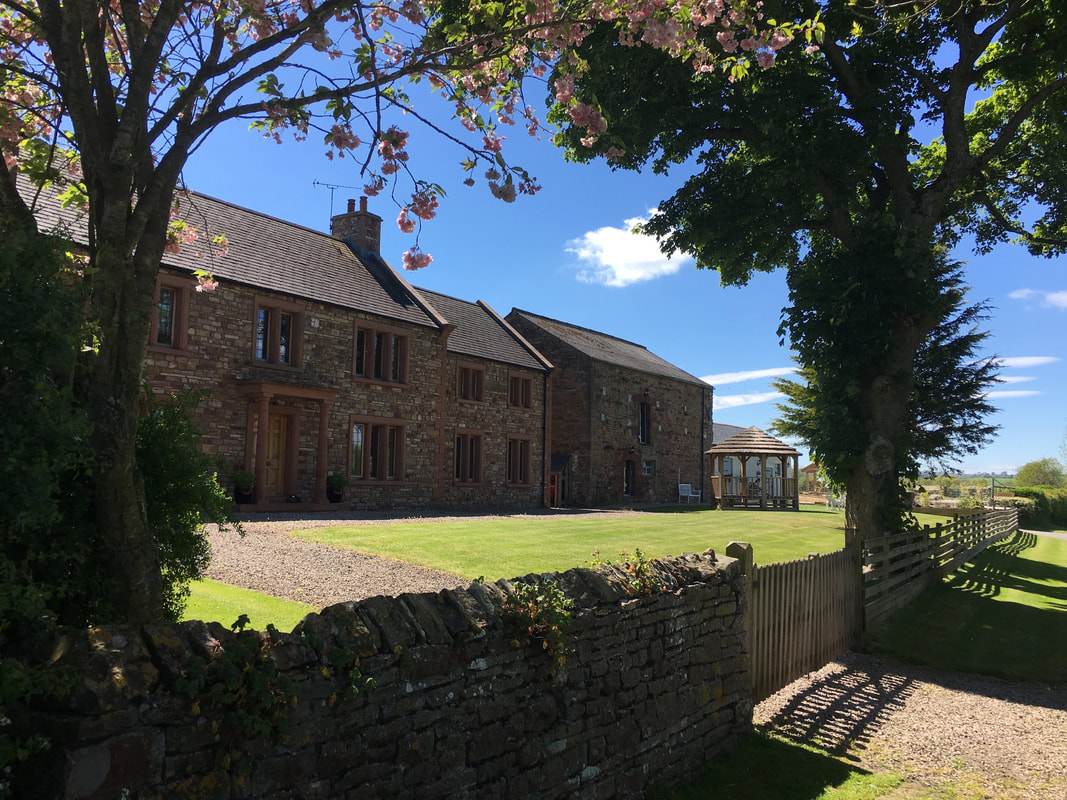 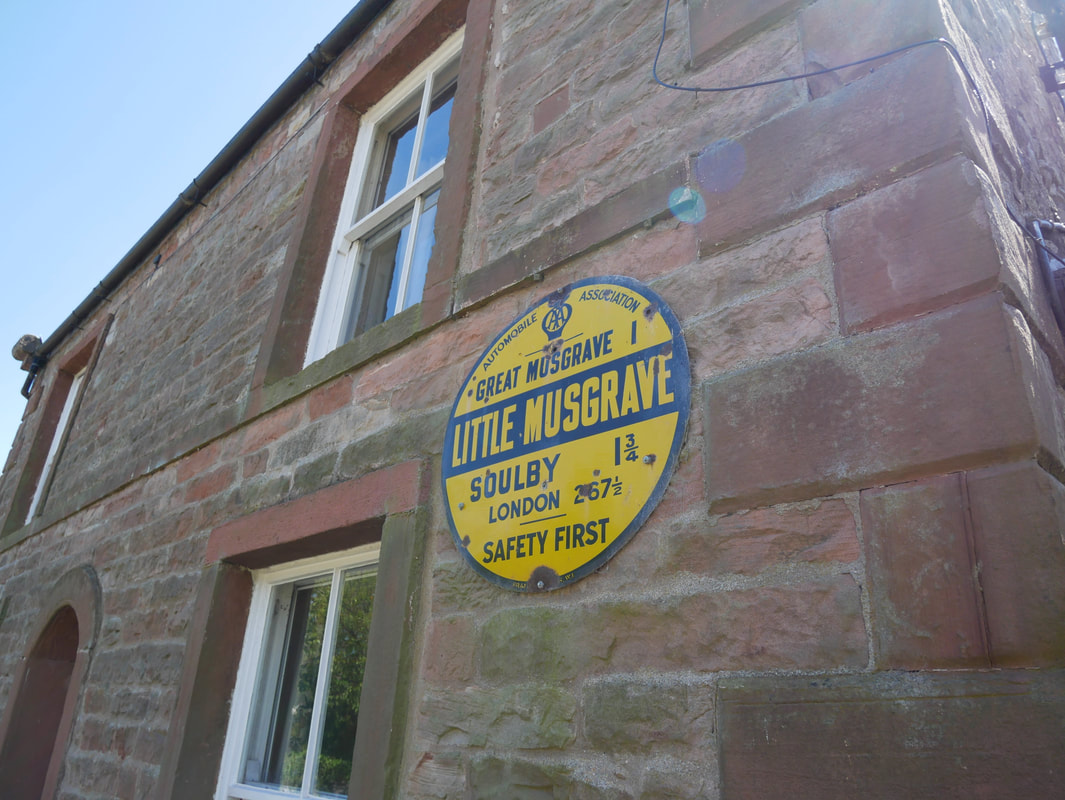 We see these popping up now and then - lovely old signs 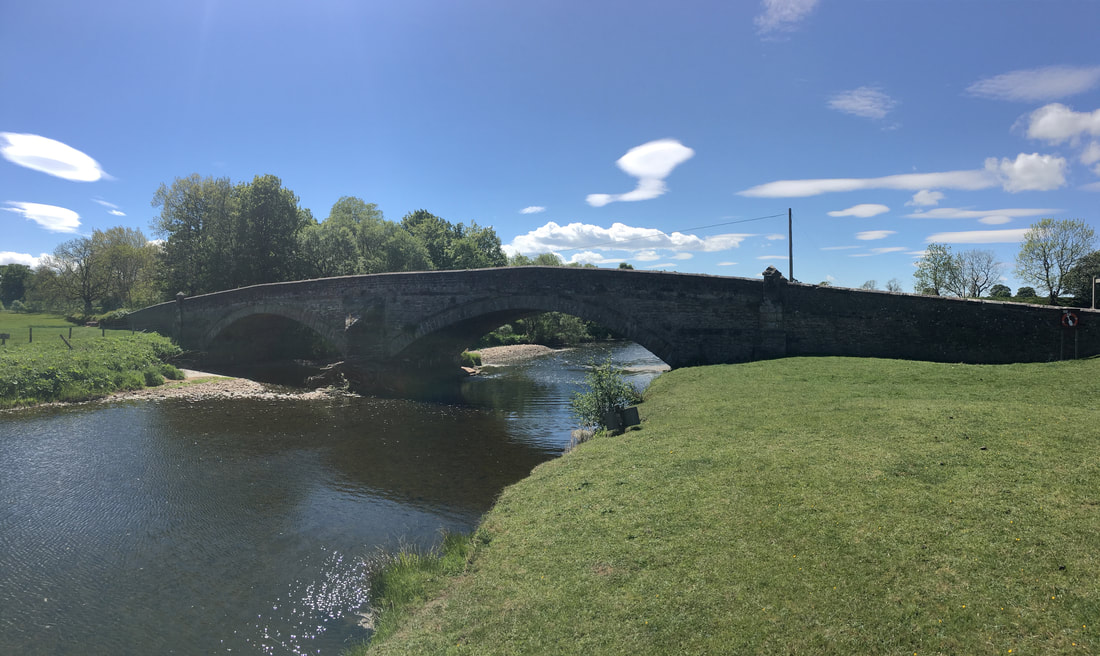 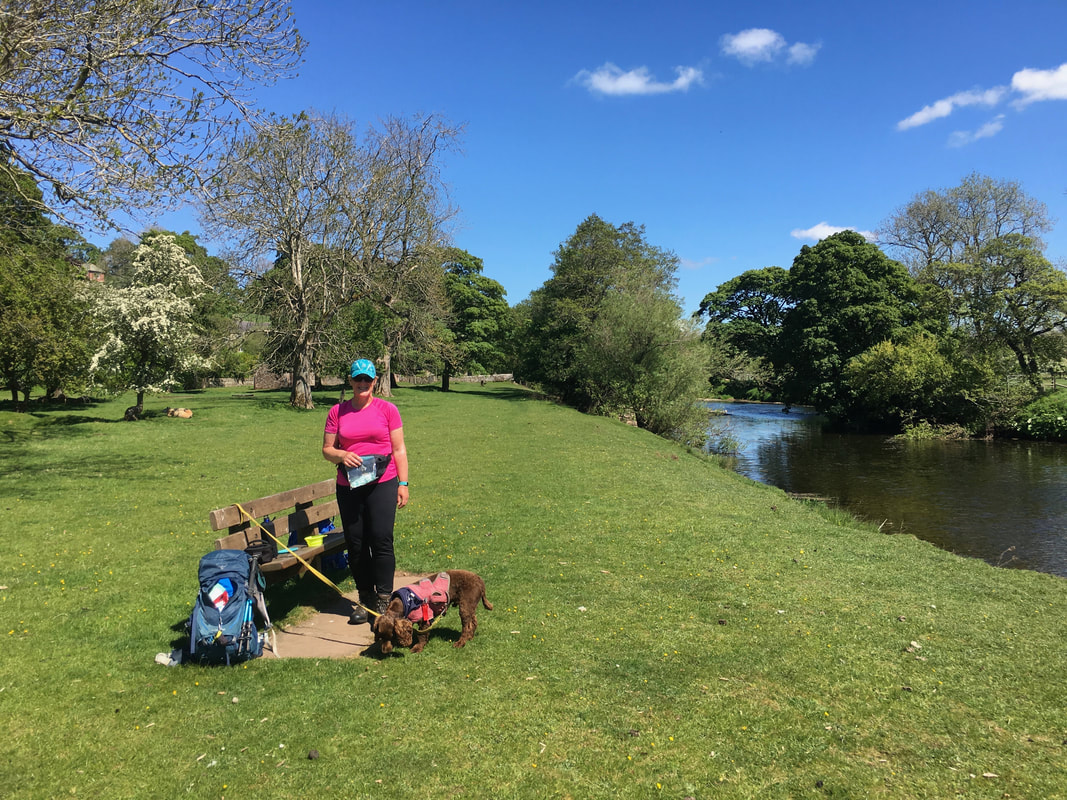 Time for a little break at Great Musgrave near the bridge 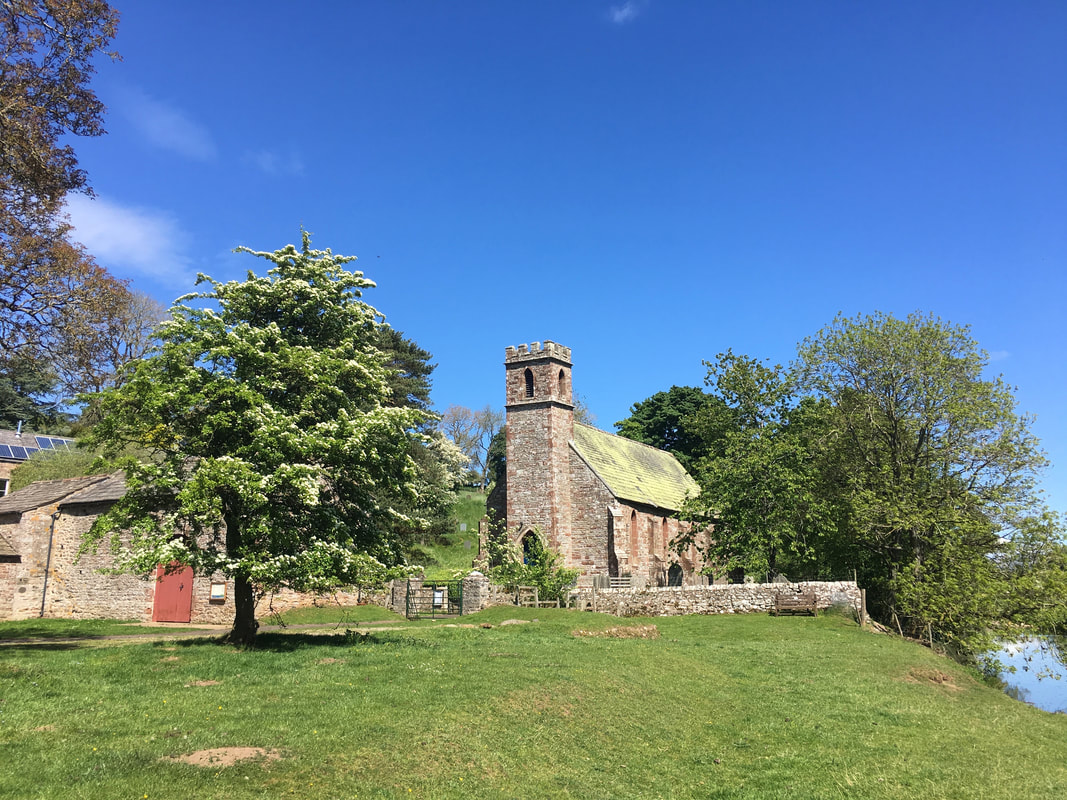 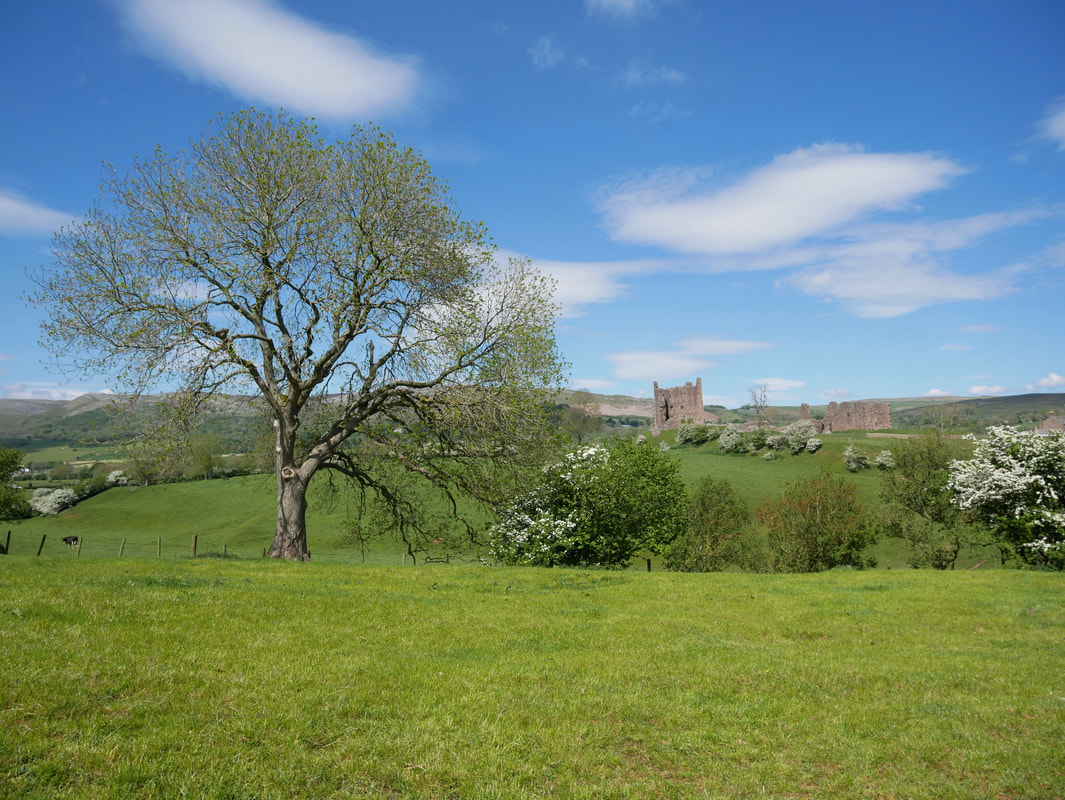 The castle was built by William Rufus around 1092 within the old Roman Fort of Verterae to protect a key route through the Pennines. The initial motte & bailey castle was attacked and destroyed by the Scots in 1174 during the Great Revolt against Henry II. Rebuilt after the war, a square keep was constructed and the rest of the castle converted to stone. 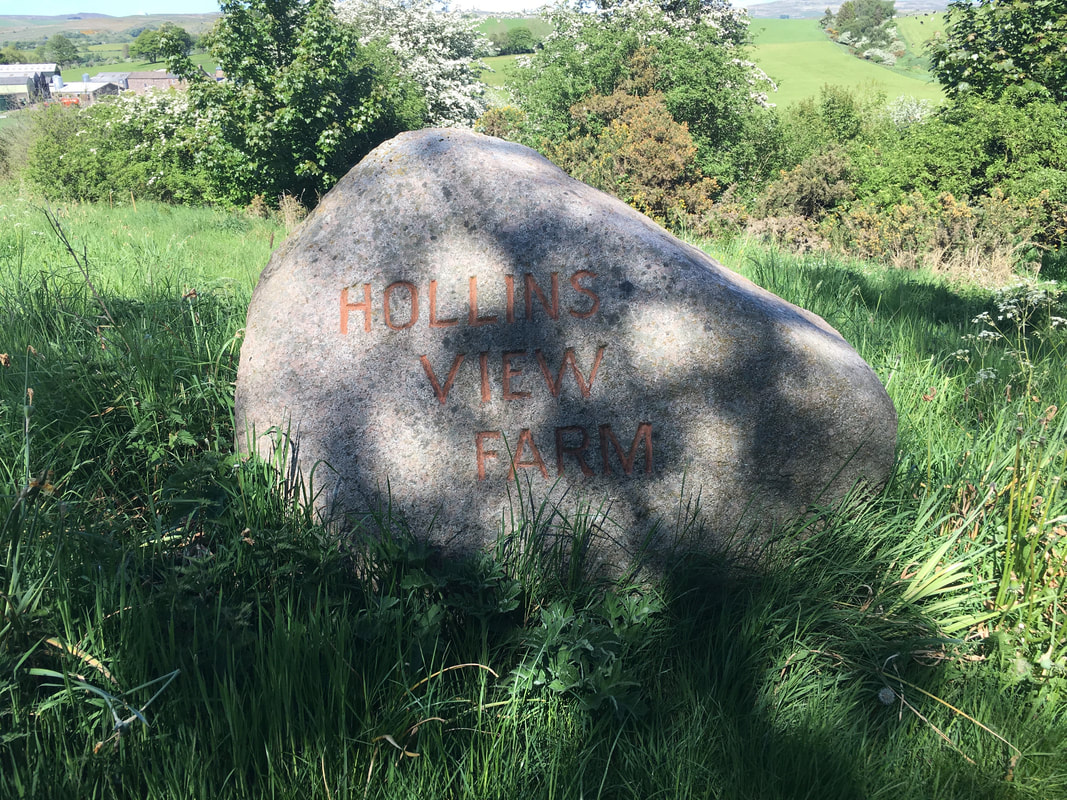 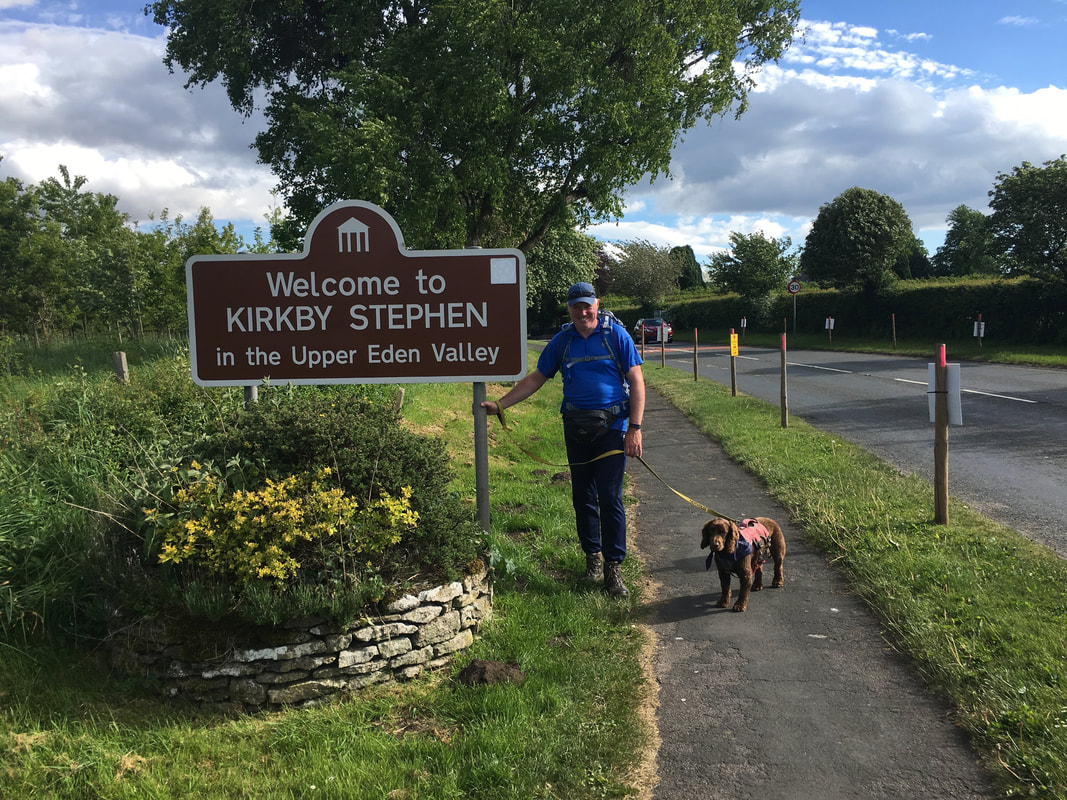 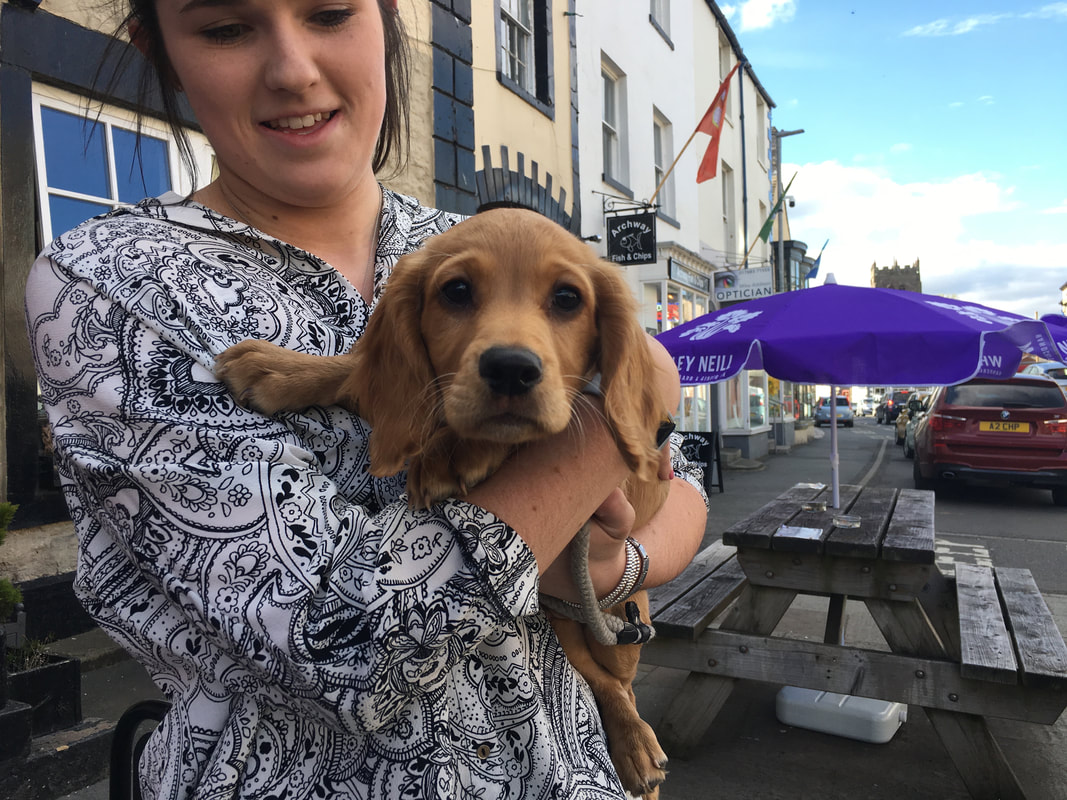 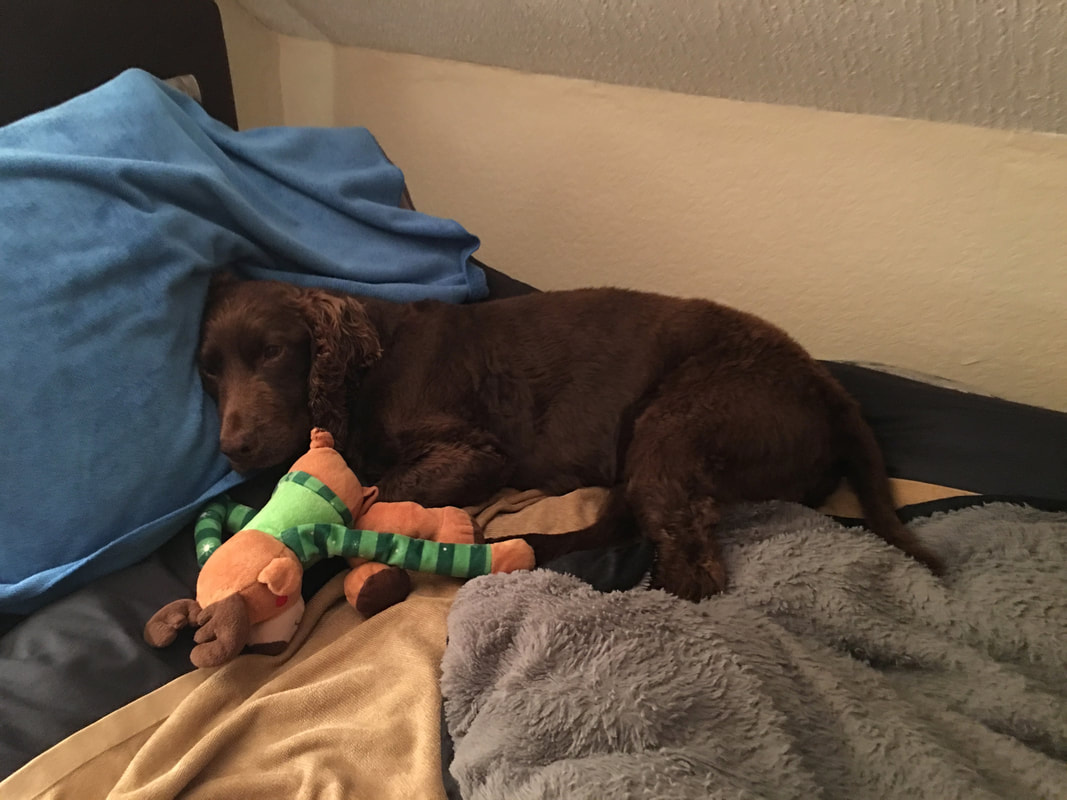 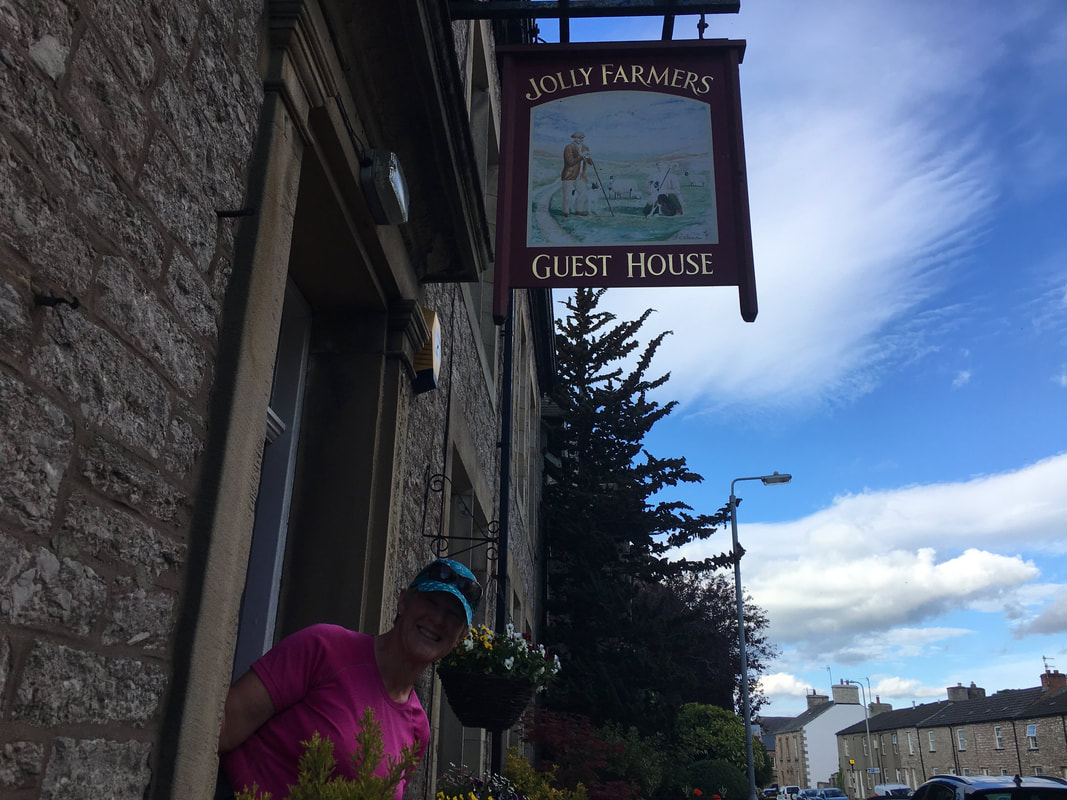