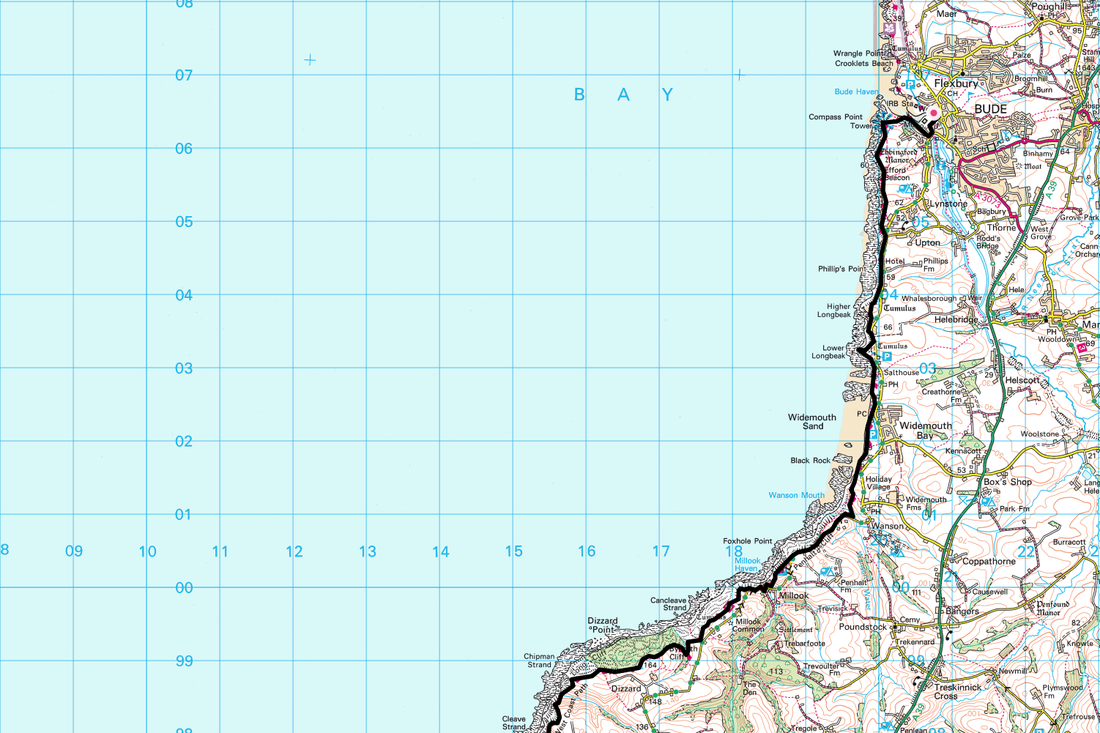 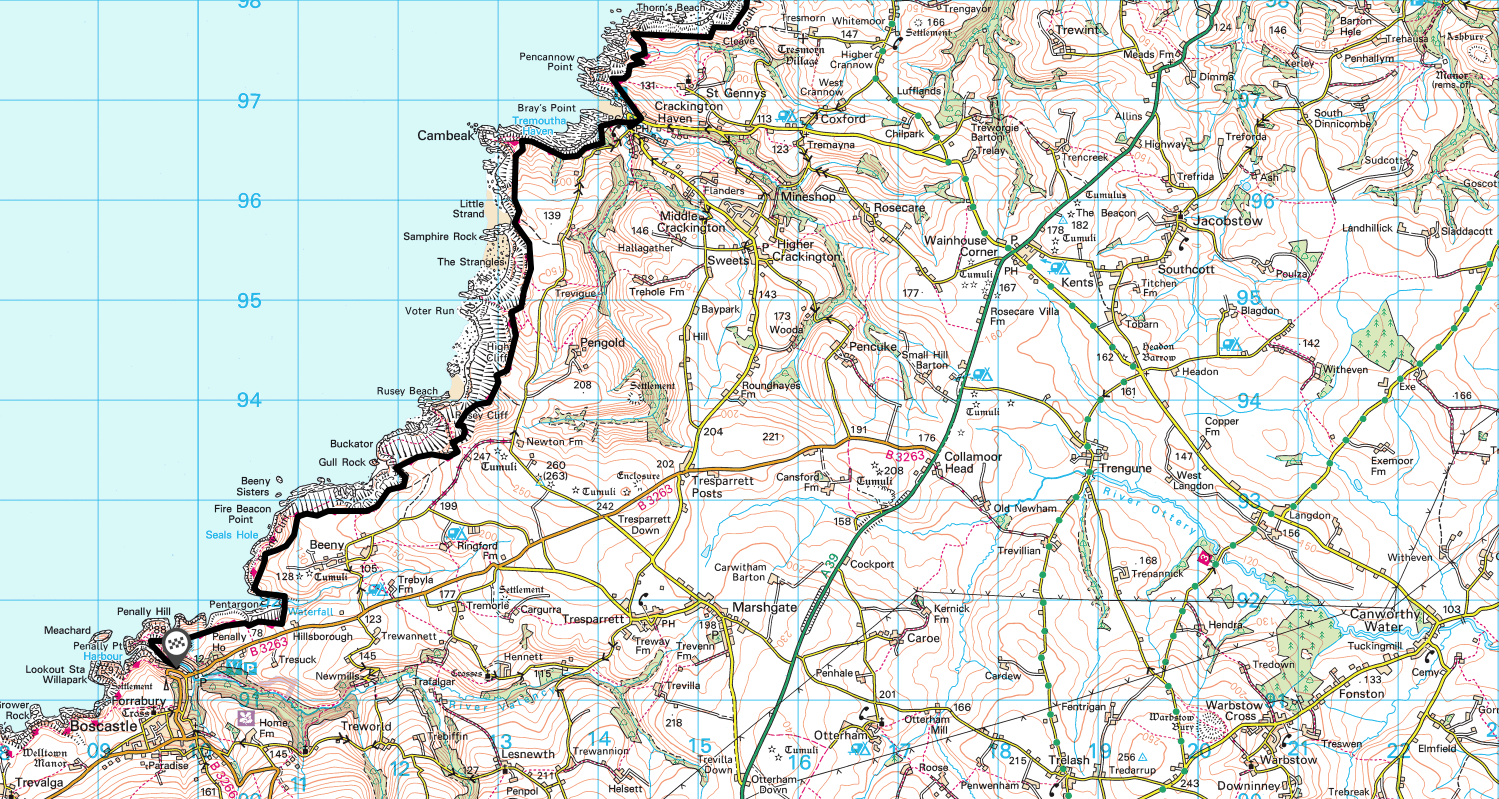 We had heard today was going to be a tough day and so it proved. Anna's husband Jon dropped us off at Bude and we thanked him for a super 4 days - such a lovely family. Before starting the walk we added to our supplies with a top up in Bude as we would not see a large town or village until Padstow in a couple of days. The weather was overcast for the first couple of hours but soon warmed up around lunchtime, however for the majority of the walk today we were either walking into a headwind or a crosswind.

The first stop out of Bude was Widemouth and as is probably usual for a windy Saturday it was packed to the rafters with surf dudes. After a tough ascent along the road both in and out of Millock tragedy struck - Angie lost her sunglasses! Notwithstanding this logistical nightmare we pressed on and had lunch in a lovely spot above Concleave Strand - Anna's pasties were superb. Reaching Crackington Haven the place was busy - not just with visitors but it was also one of the Checkpoints for the 40 mile Coast Path Ultra Marathon therefore there were a fair few runners mingling about.

After a cool drink in one of the cafes in Crackington we were off again. It is safe to say that after having already walked 12 miles, the next 6 to Boscastle were probably amongst the hardest we have ever walked. The ascents and descents were relentless and just kept coming, one after the other. Additionally, as if the terrain were tough we were constantly put out of our rhythm by having to give way to the procession of runners heading both ways along the path - this must have added at least 45 minutes to our journey. We were both tiring towards the end and we had one of those moments where we thought we had cracked the last ascent only to be faced with one more - I saw it before Angie and when I went back to tell her of this fact her face was priceless!

We finally arrived in beautiful Boscastle about 1900 and caught a taxi to our B&B in Trebarwith Strand. After a quick change we had a pricey but nice meal from a rather pretentious menu but we didn't care -  a fantastic days walking but we were both well and truly knackered.​ 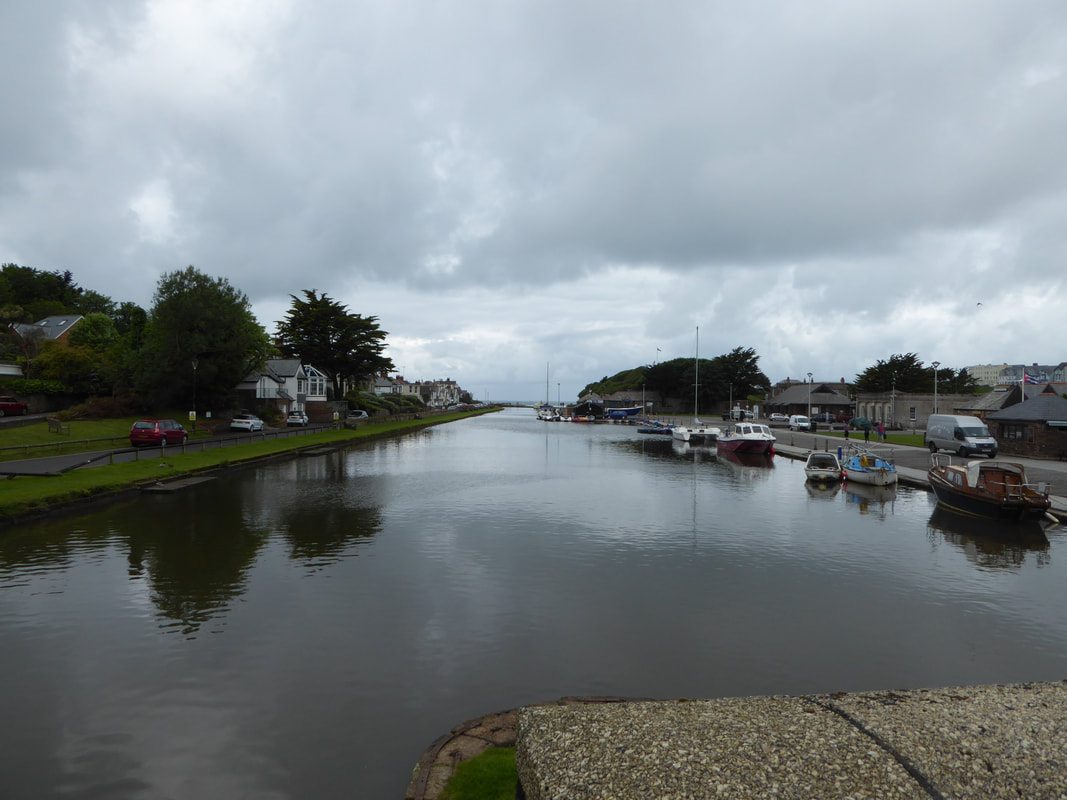 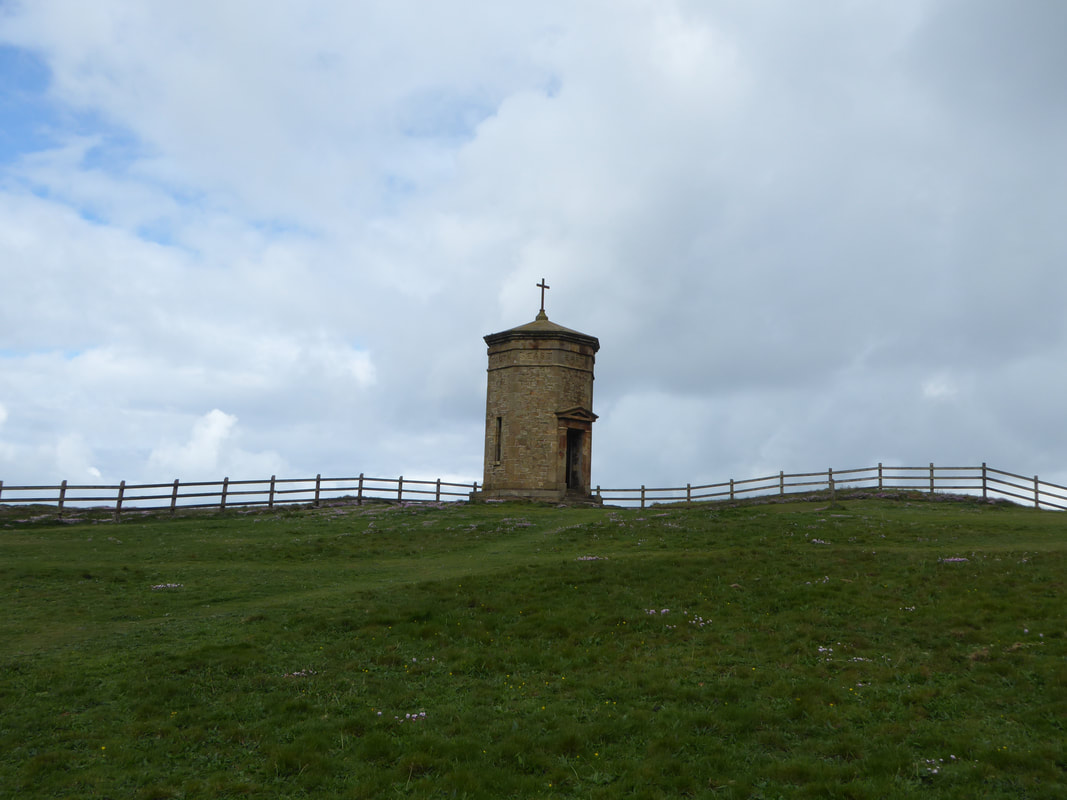 The "tower of the winds" above Compass Point 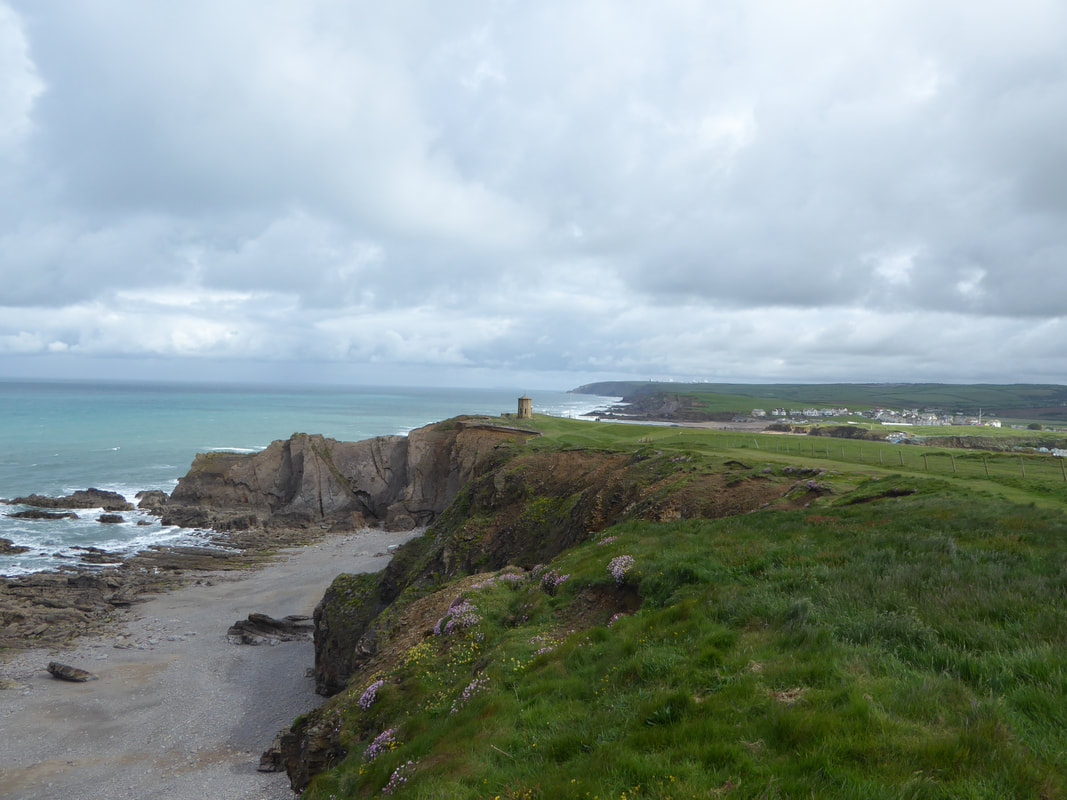 ​Looking back to Compass Point 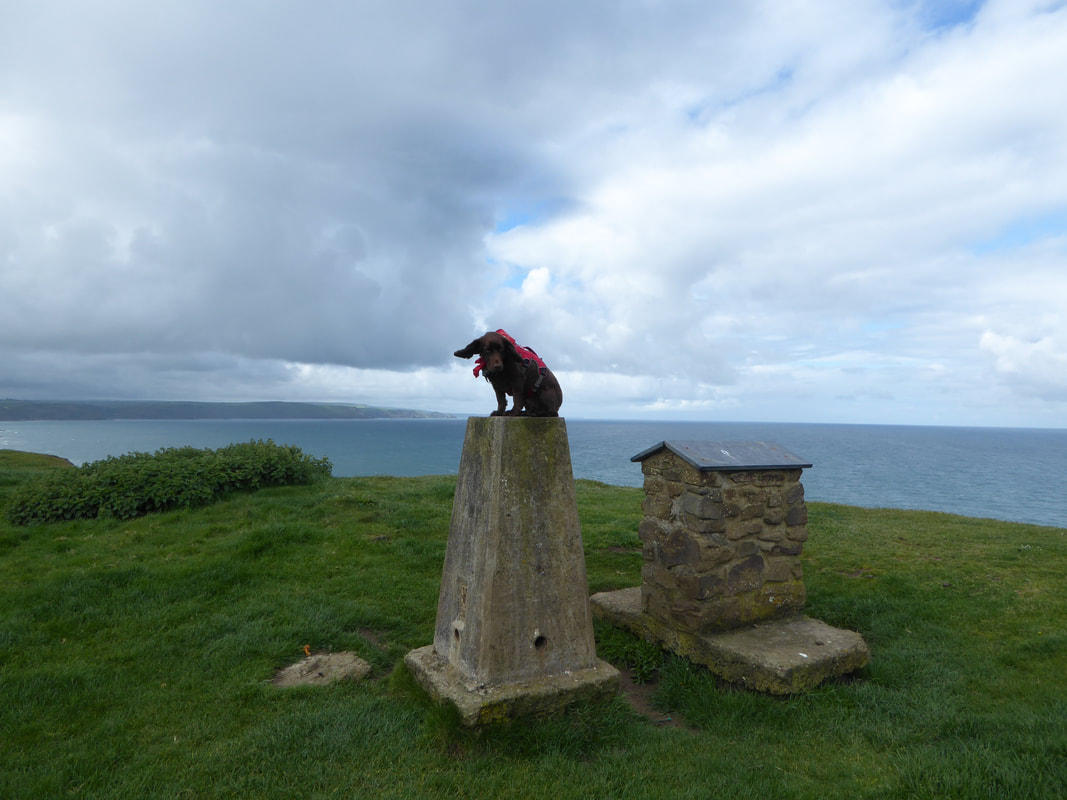 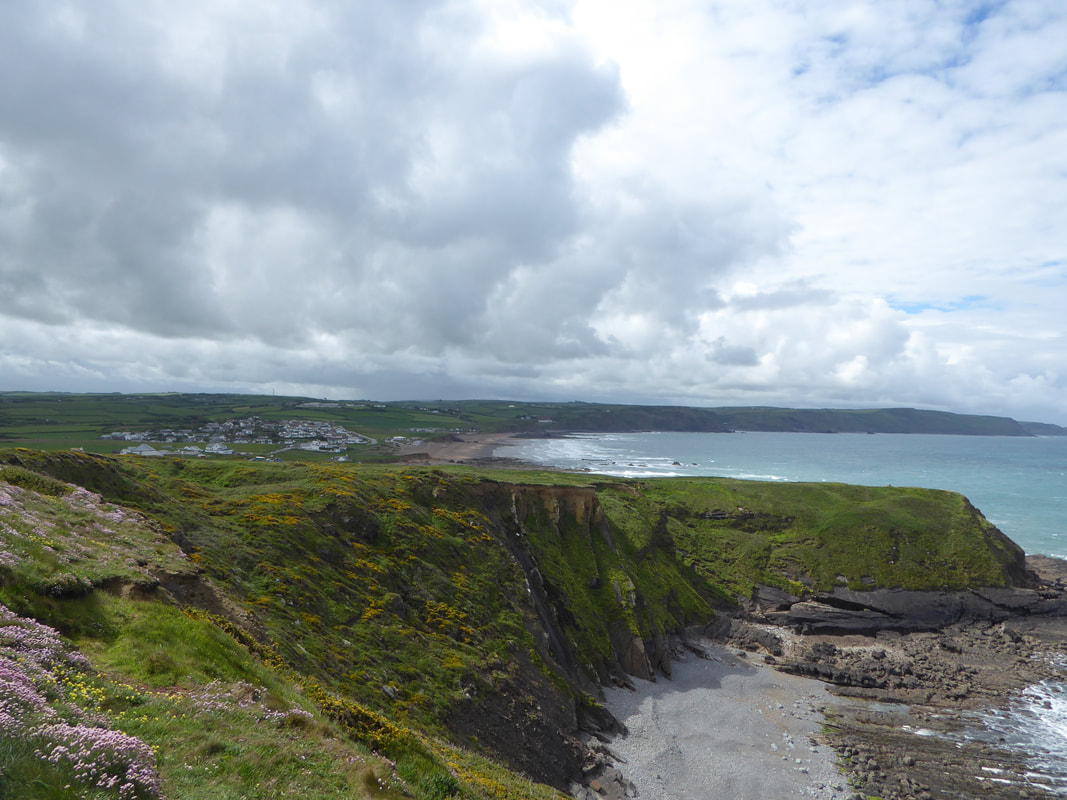 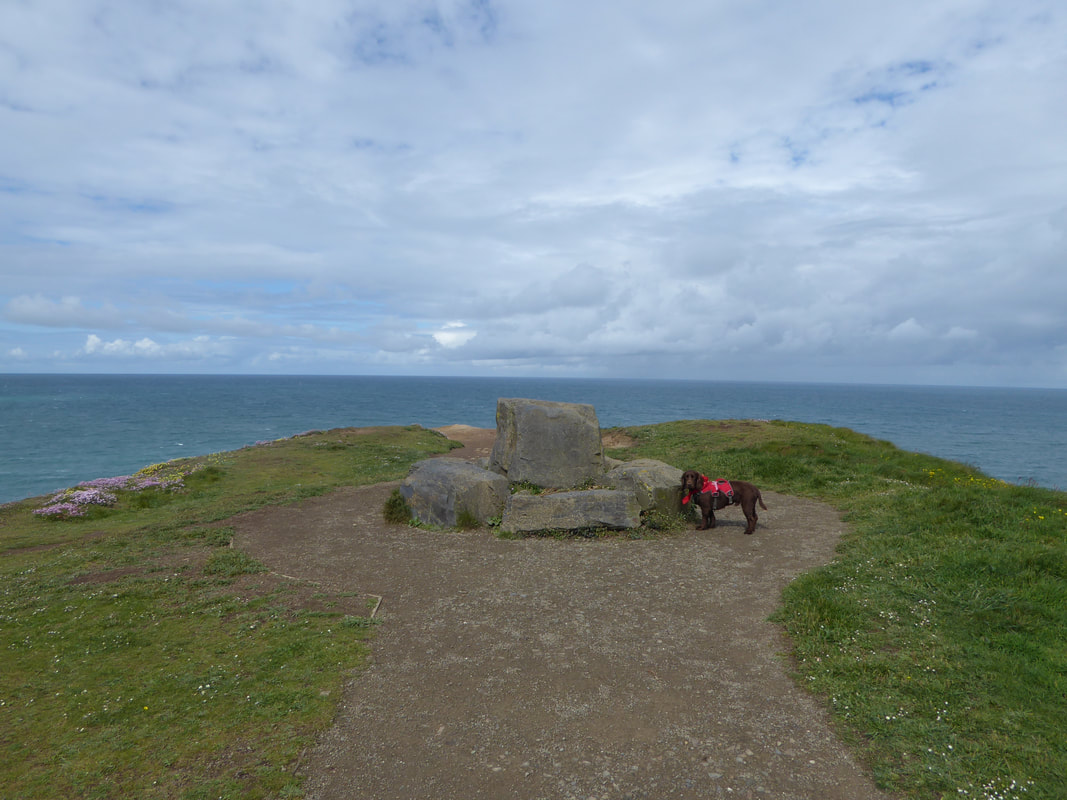 The Stone Seat on Lower Longbeak 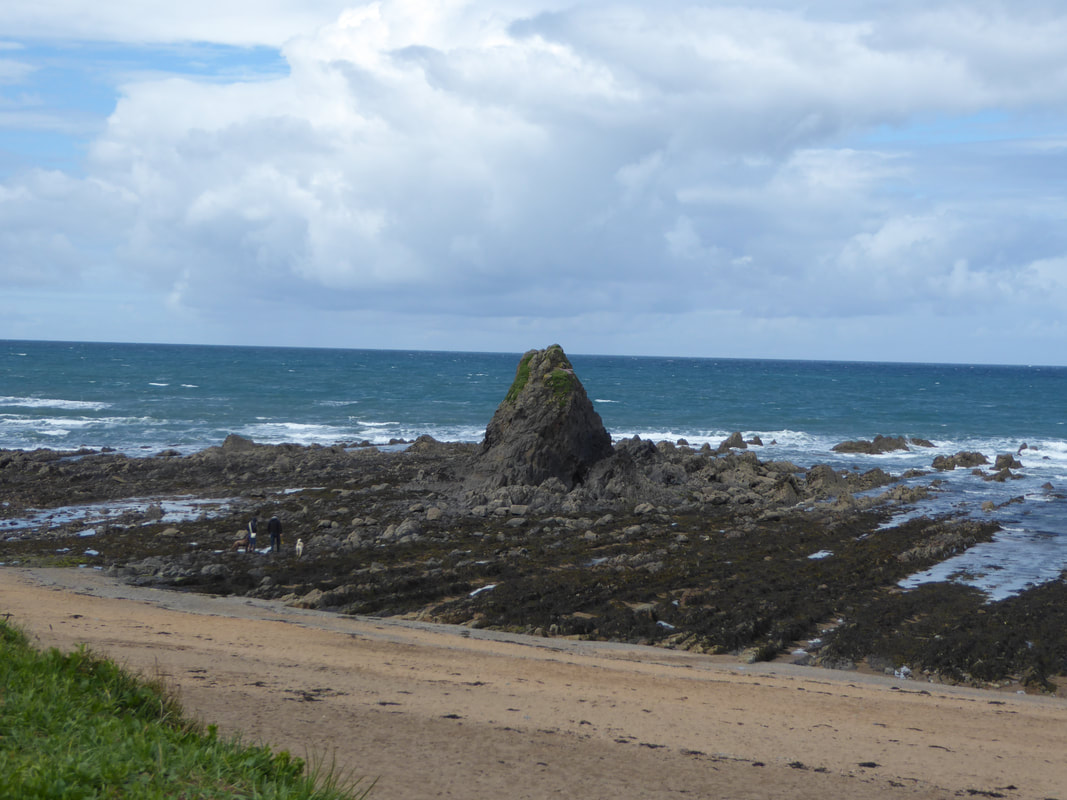 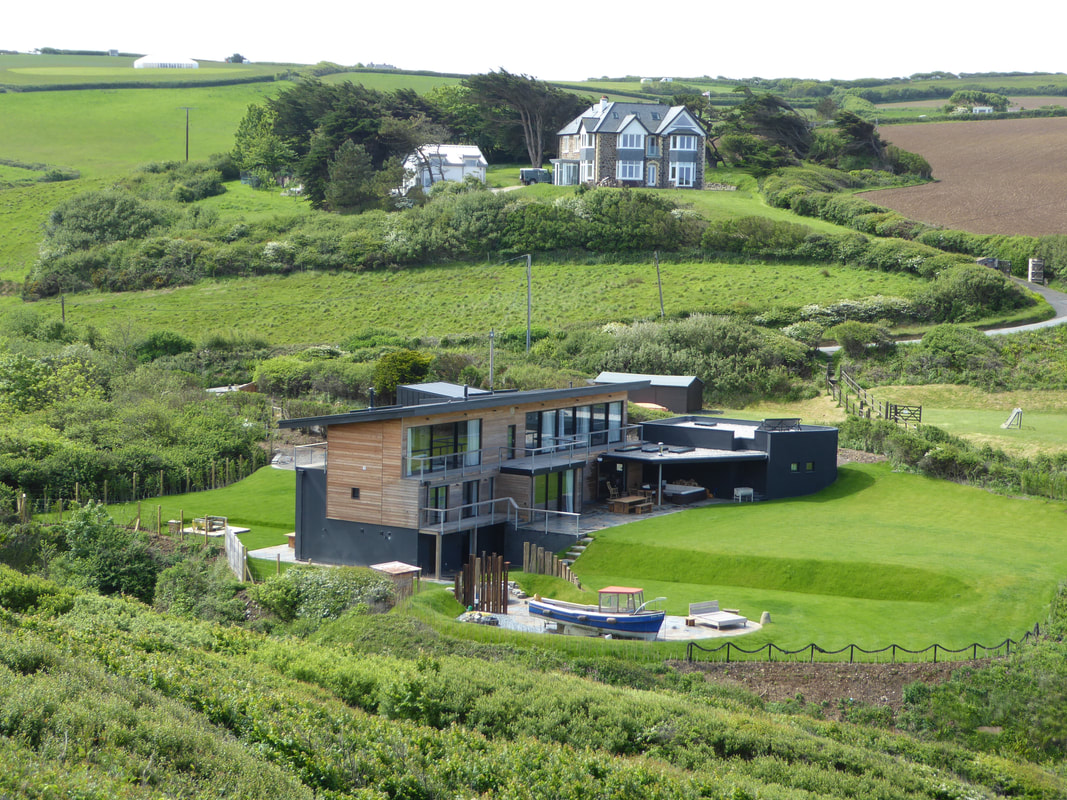 Leaving Widemouth Bay we happened upon this gorgeous property - if only!! 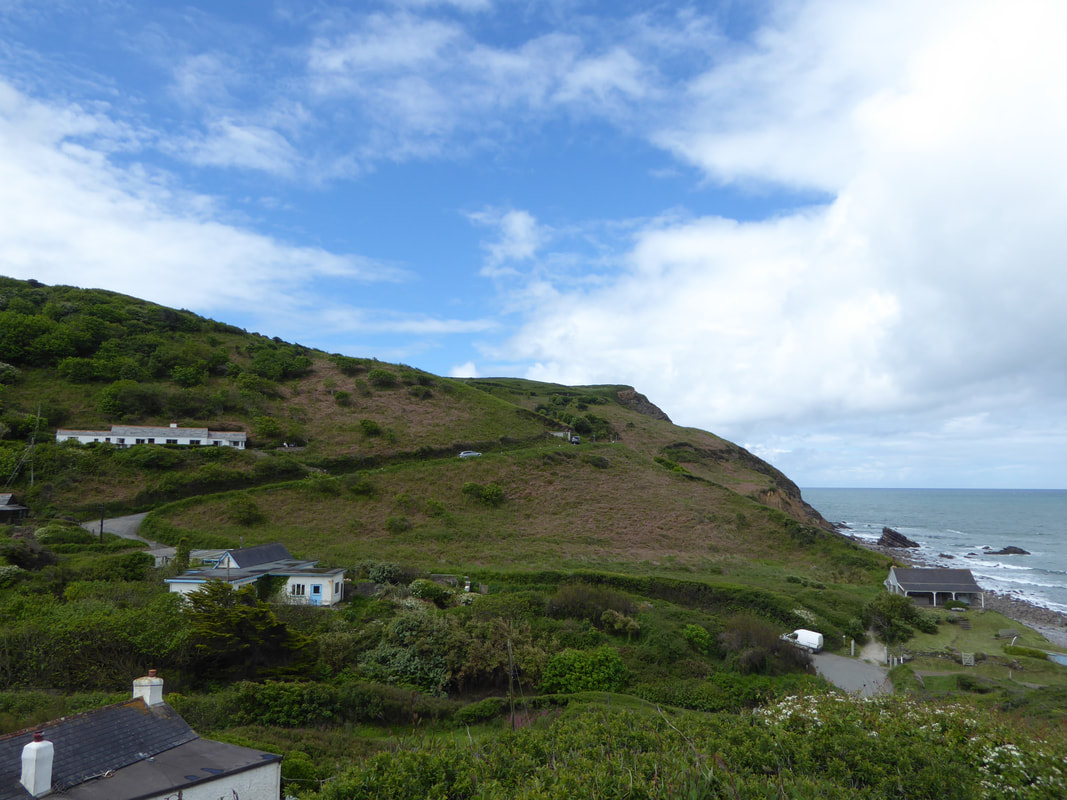 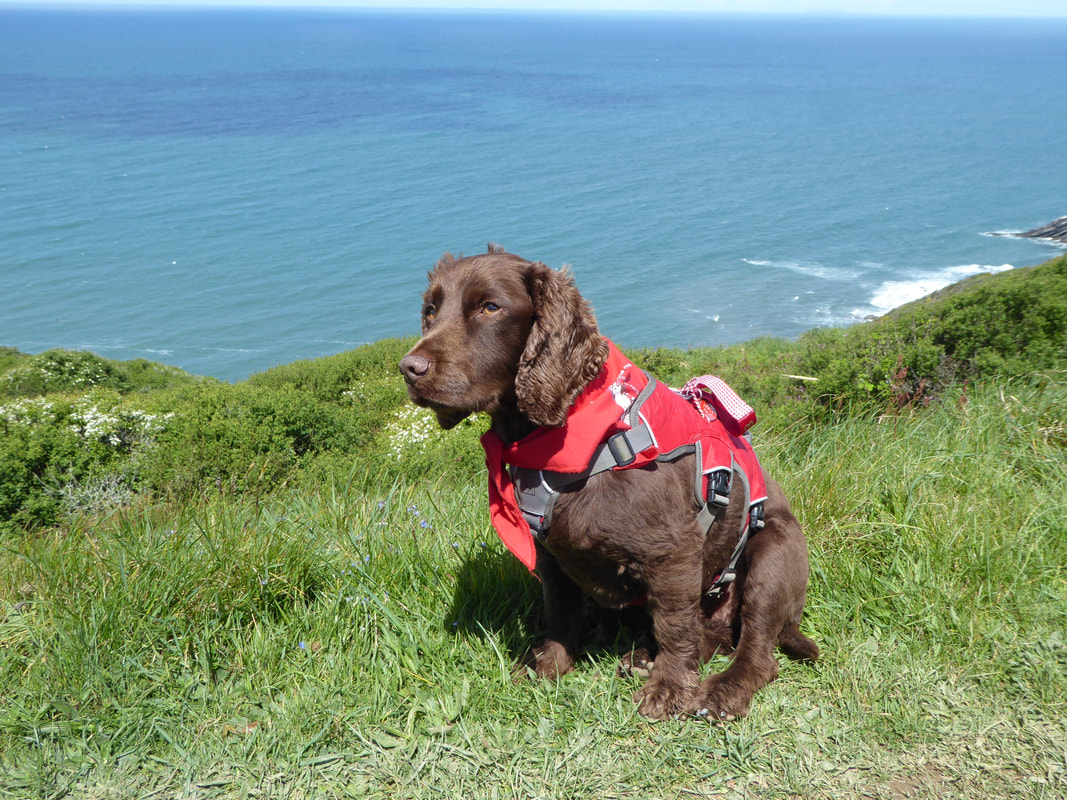 ​Despite the gob on him Fudge was having a fantastic time 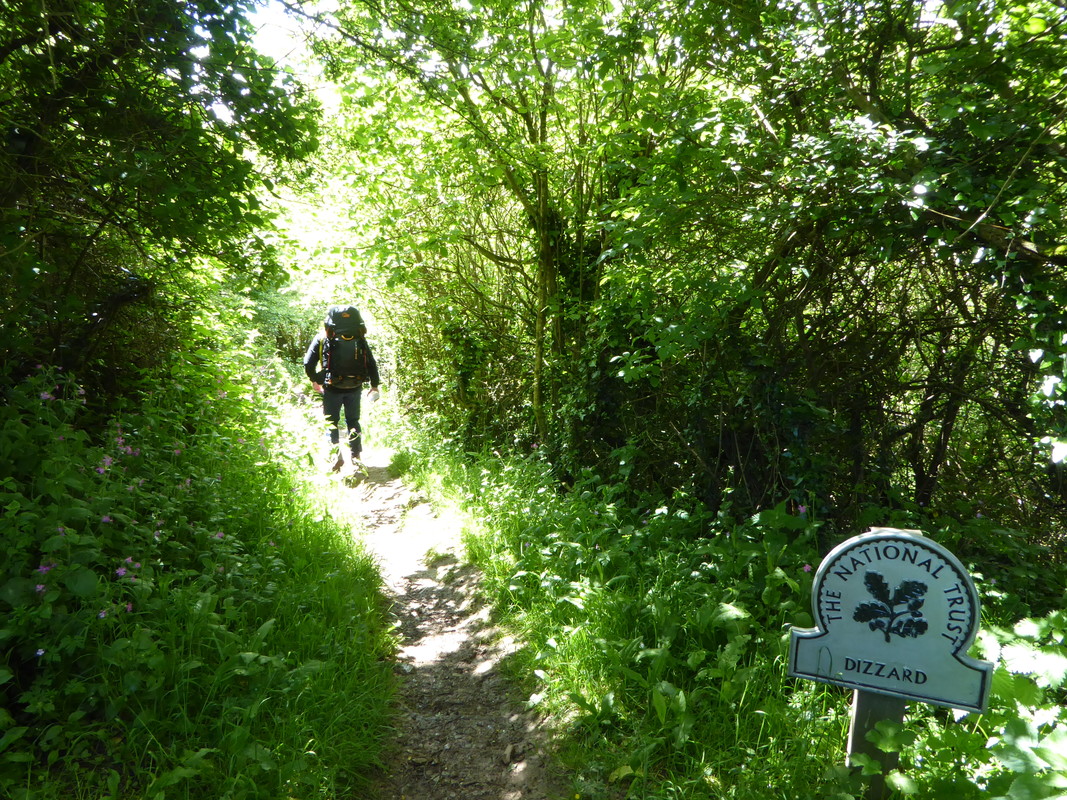 The sun shines through the trees as we approach Dizzard 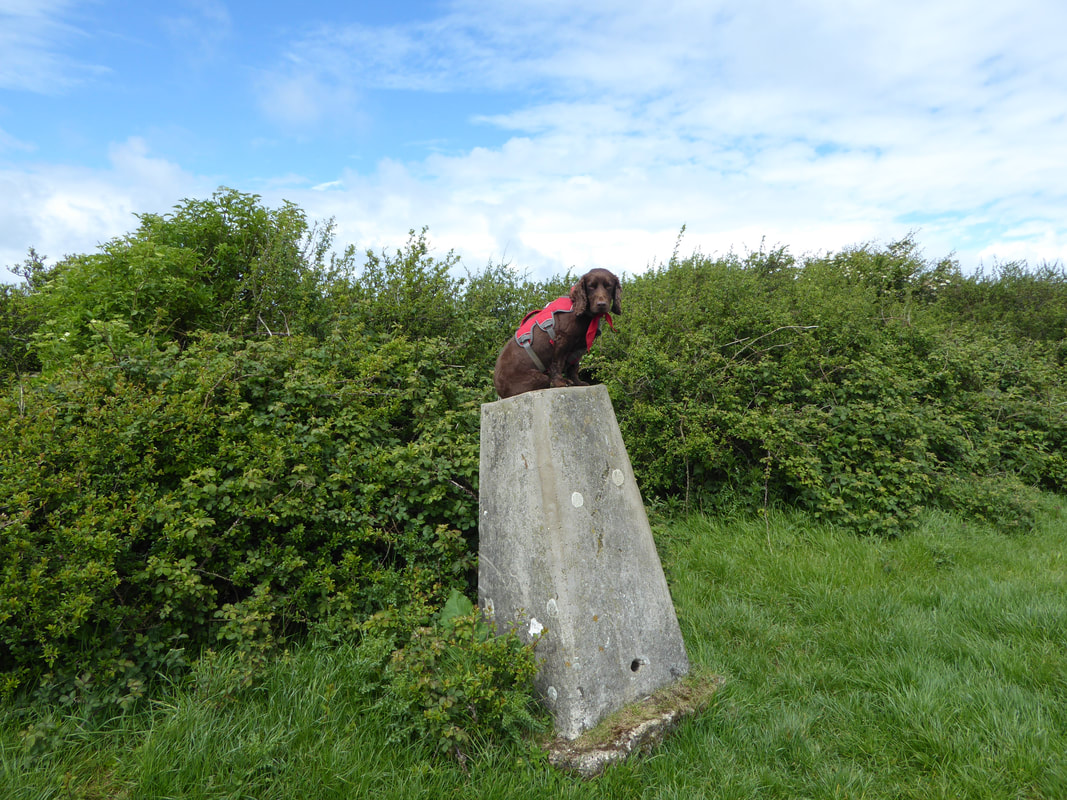 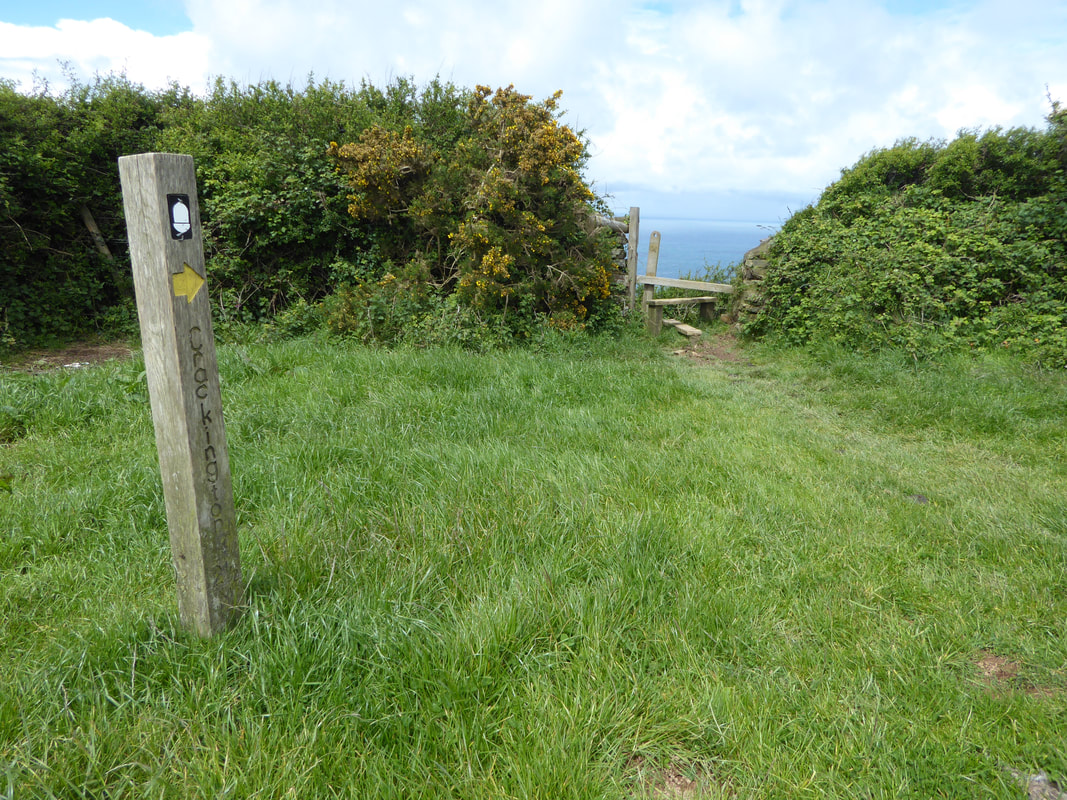 The signpost to Crackington Haven - it felt a bit further than 2.5 miles
A break for a pastie lunch above Concleave Strand - Fudge is sulking because he has wolfed down his kibble and cannot have any of ours 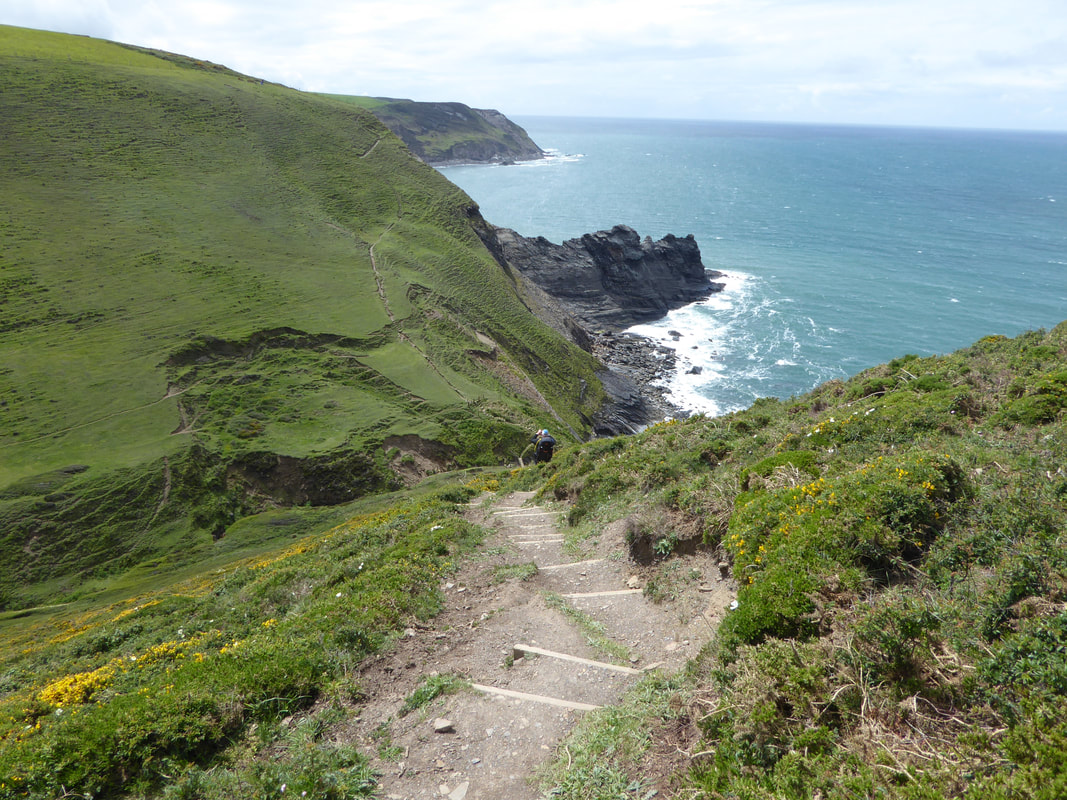 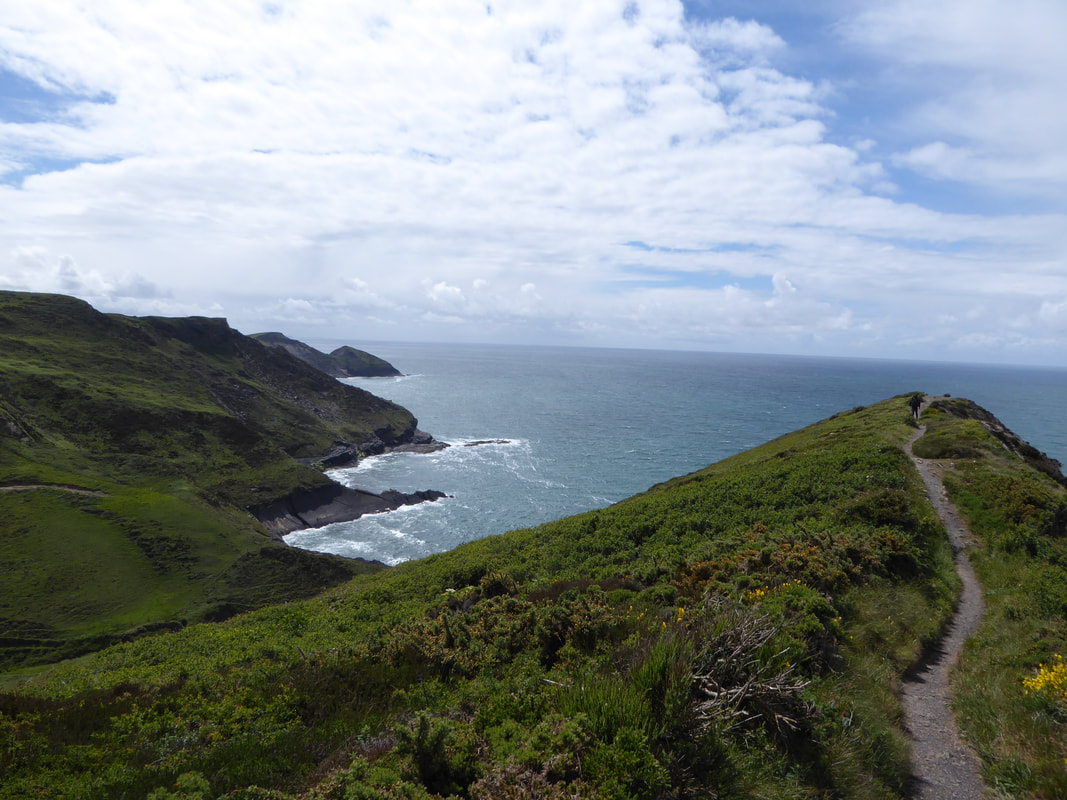 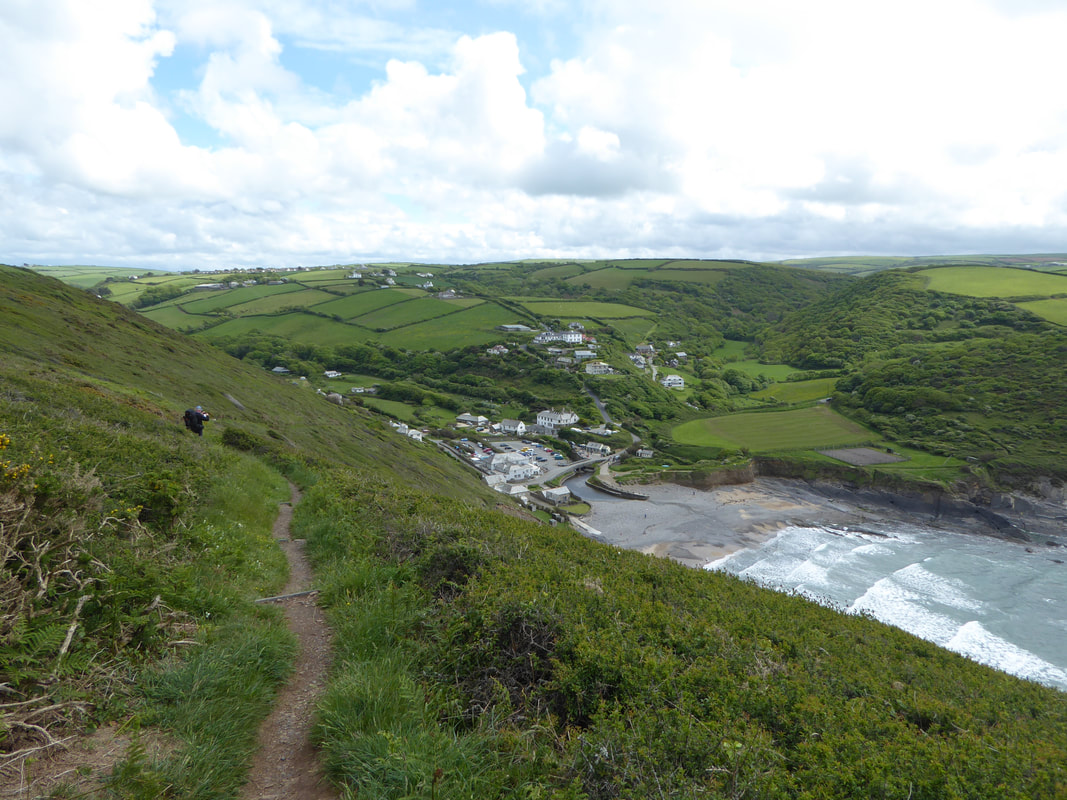 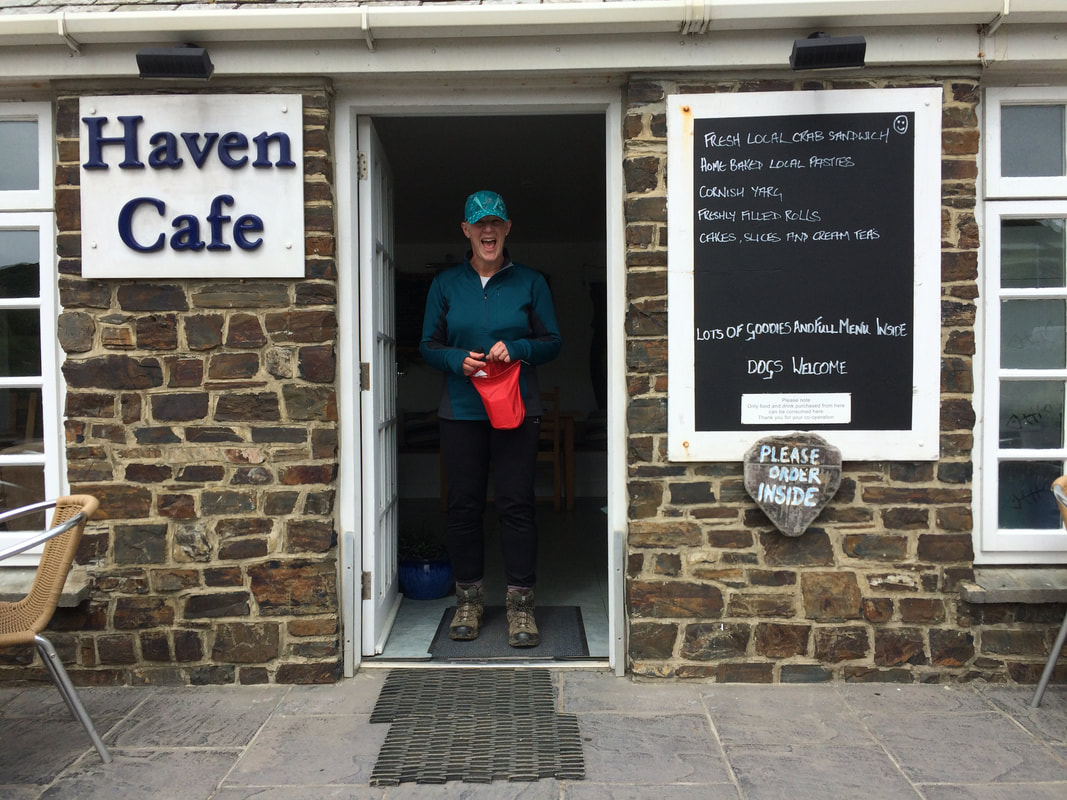 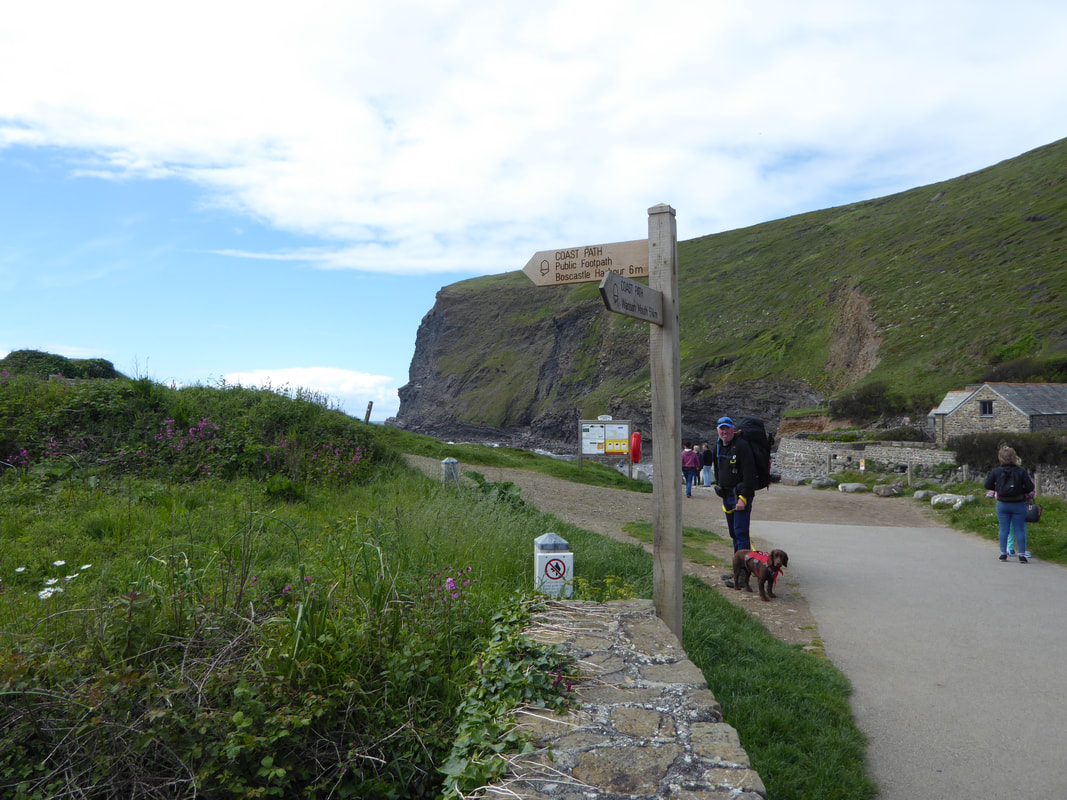 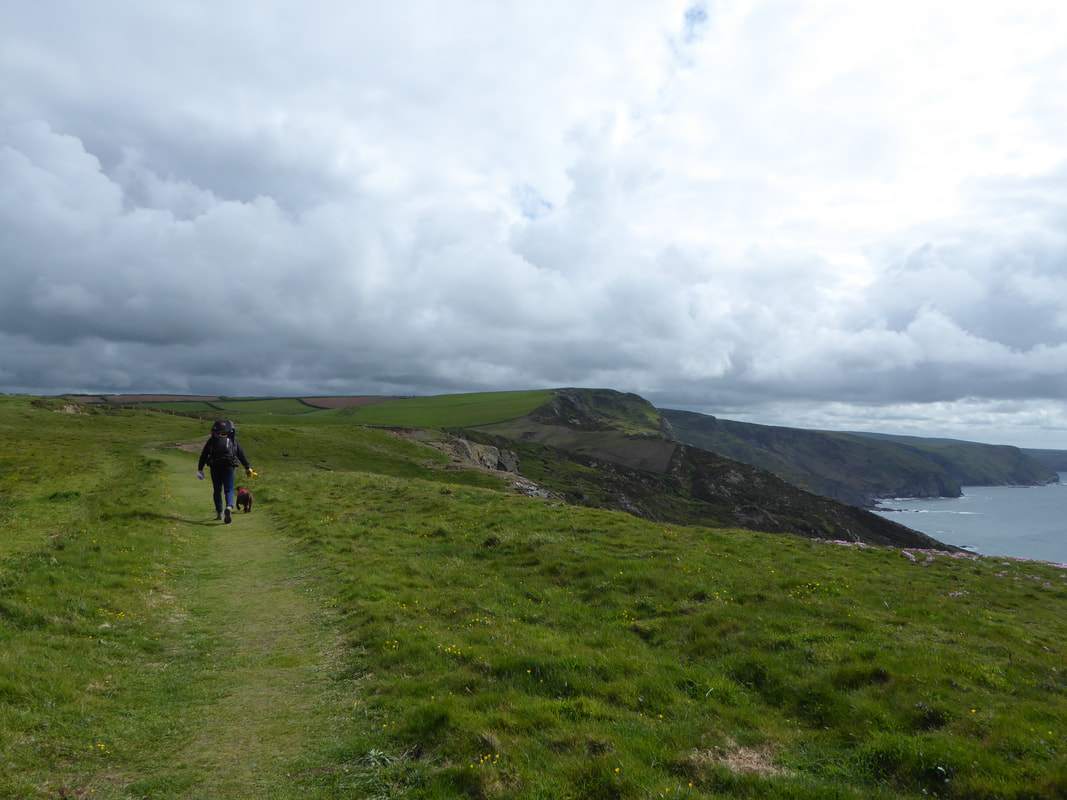 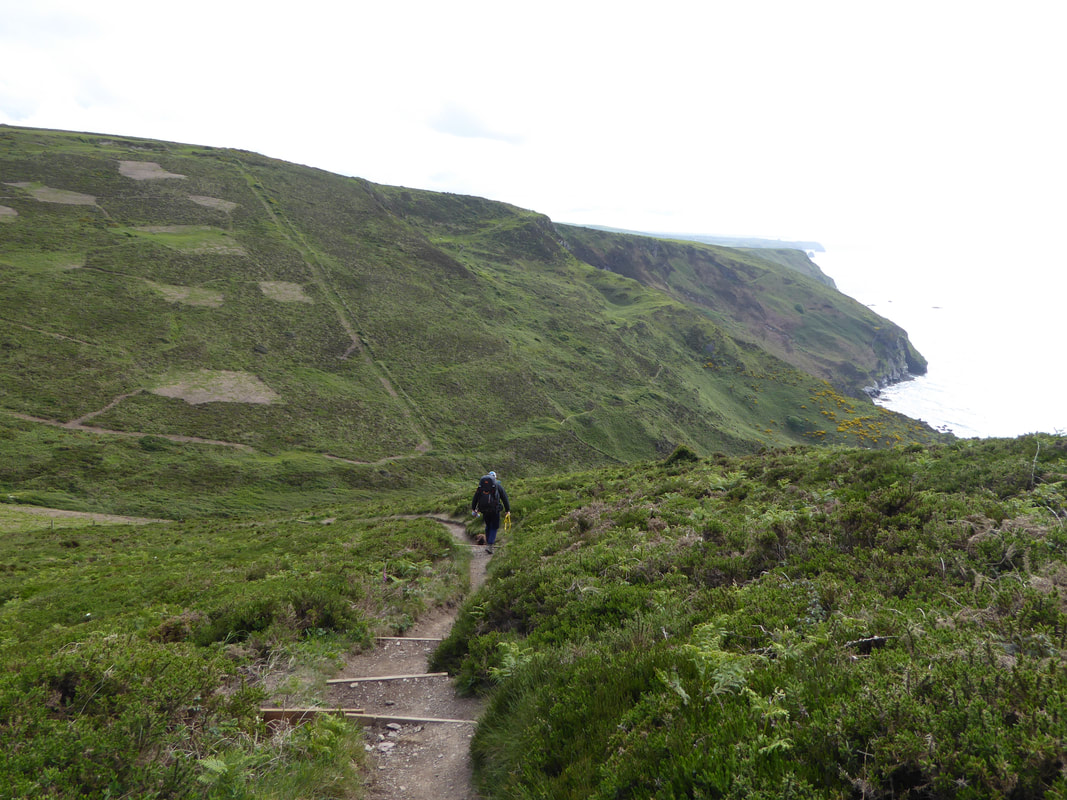 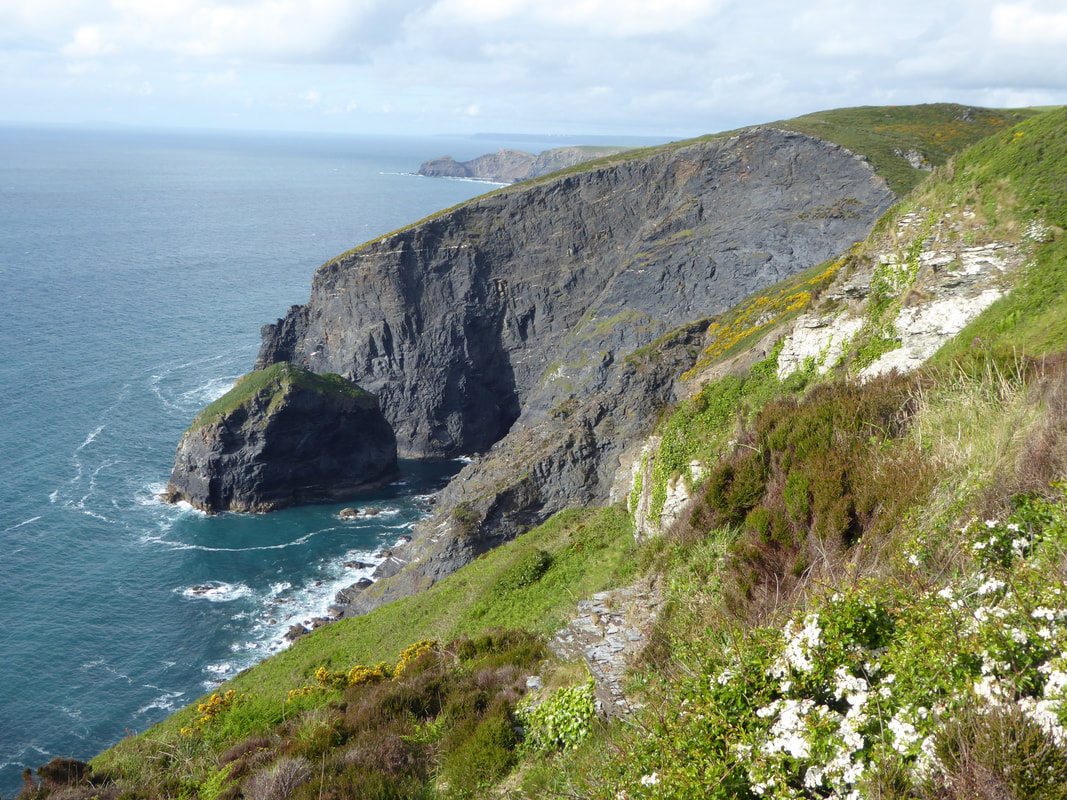 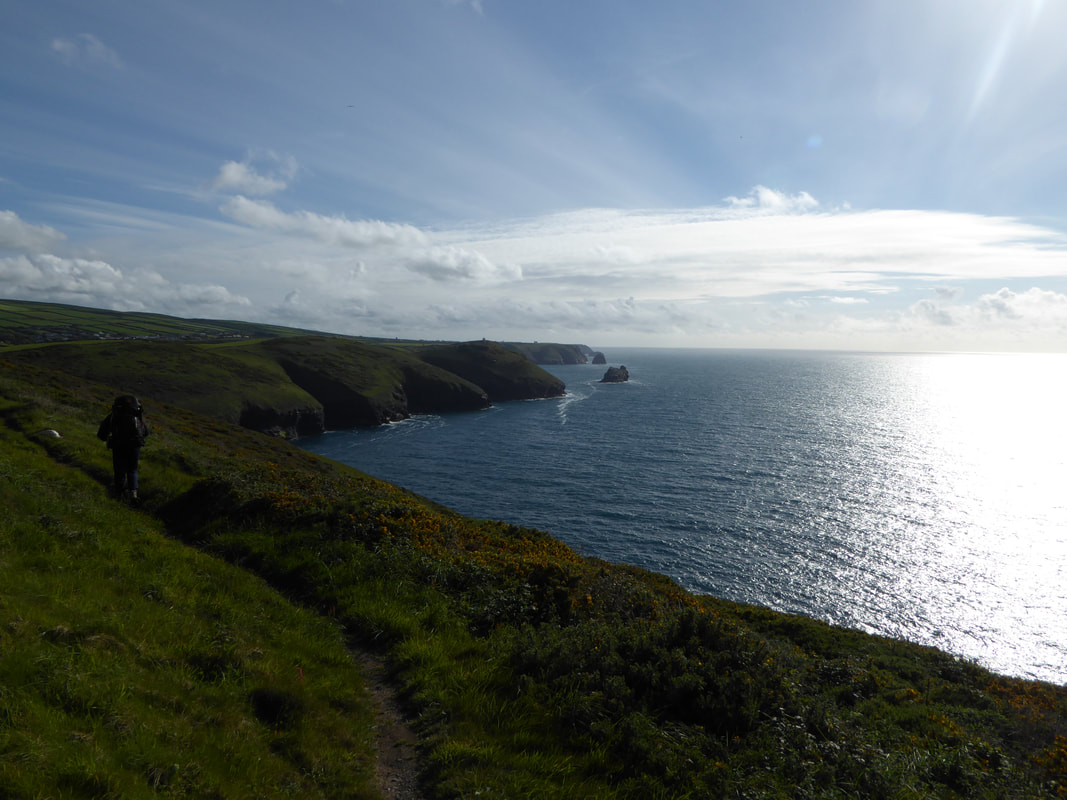 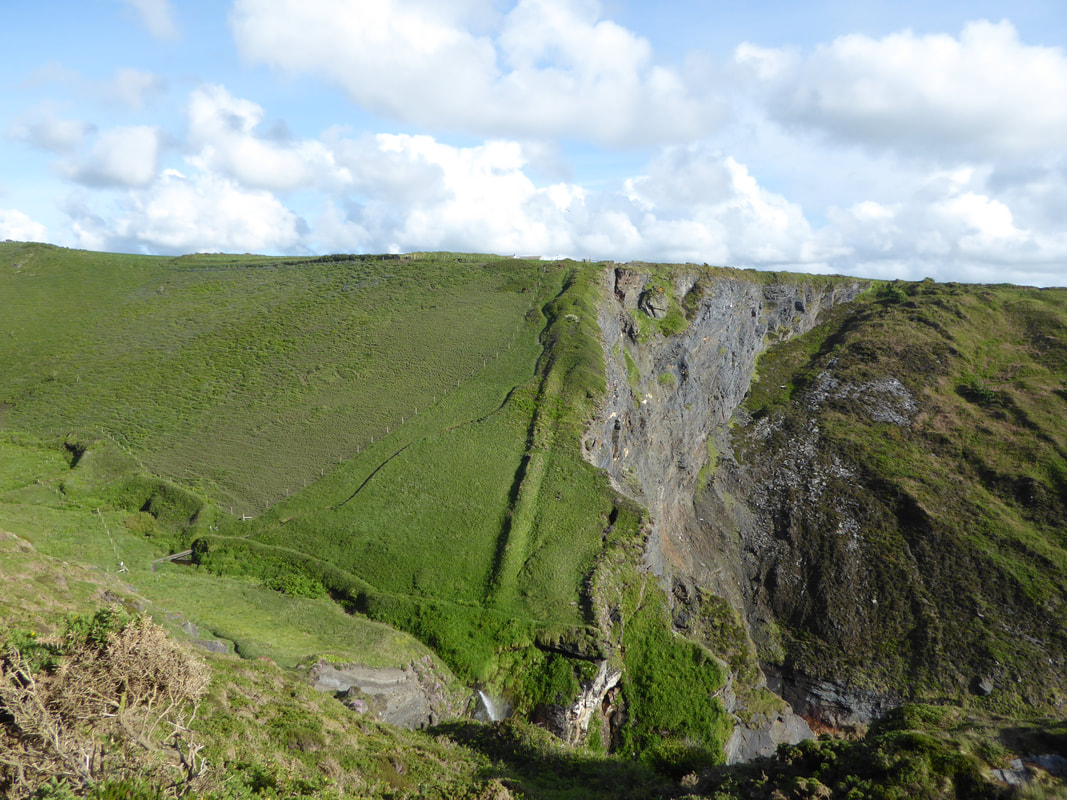 The last steep up & down before Boscastle at Pentargon - by this point we were absolutely knackered - seeing this almost finished us off, particularly as we thought its predecessor was the last one! 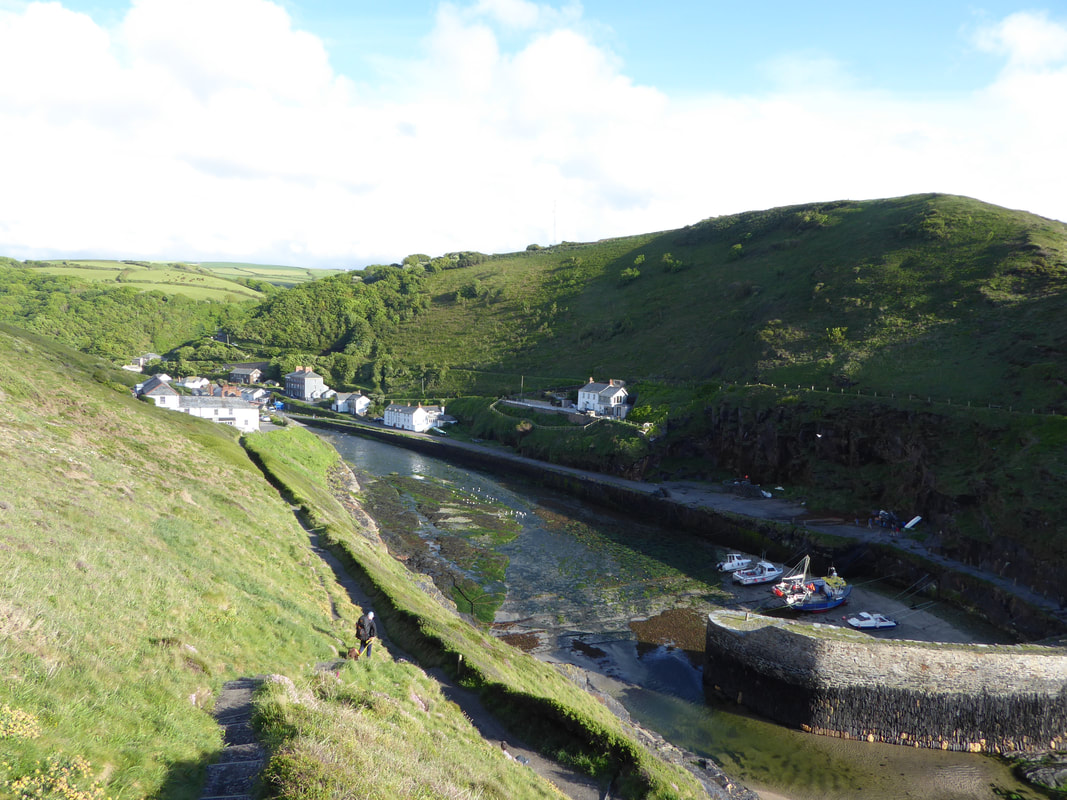 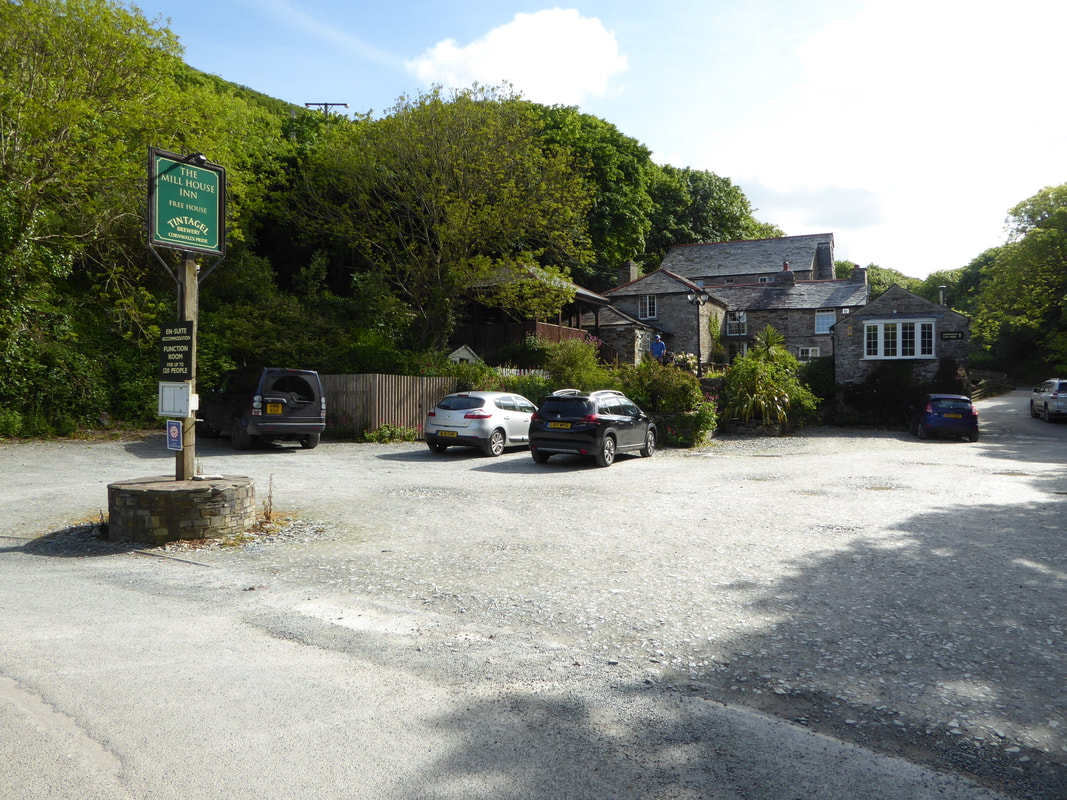