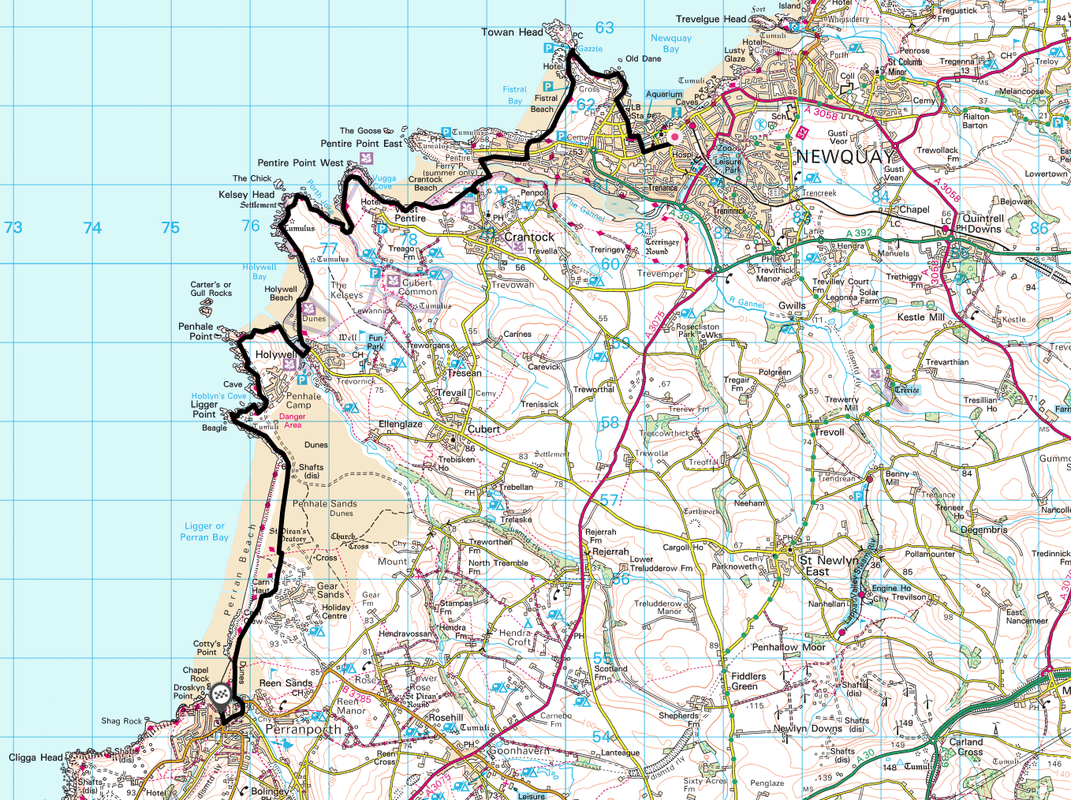 We really enjoyed staying at St Bernard's in Newquay - John & Louise are a lovely couple who provide excellent value for money. We breakfasted with Pam again - she was catching the bus to Perranporth and walking to Portreath. After saying our goodbyes we headed out of Newquay via the Pastie Shop (again) - well, we are in Cornwall so why not!!

The route seemed to take an age to get out of Newquay to The Gannel and although we knew a short cut to get us to the river crossing quicker, we had our purist heads on today. Checking the tide times during our planning a few months ago, we knew we would be able to cross the Gannel at Low Tide on foot via the bridge at Fern Pit. Crossing the rickety bridge we were now on Crantock Beach and there were lots of people about enjoying the glorious weather today. By the time we reached Porth Joke it was lunchtime and we enjoyed a pastie looking over the inlet which was just idyllic.

​More glorious walking followed and on reaching Holywell Bay we stopped at the St Pirans Inn for a cold drink. Got chatting to a couple from Ilkeston who were on holiday and couldn't believe we were walking the entire Coast Path. The intensity of the heat continued as we rounded the coast at Penhale Point whereby a Merlin Aircraft appeared and kept us company for a couple of hours. From Penhale all the way to Perranporth we were blessed with a fresh breeze as we remained high above Perran Beach.

We were staying on the southern side of Perranport at The Seiners Arms and before checking in it was only fair that we sat outside with a nice pint of Cider to watch people enjoying themselves on the beach. After freshening up we had dinner downstairs in the pub before adjourning before the Thursday Night Quiz got going. Once more the path just kept on giving - such a fantastic days walking.​ 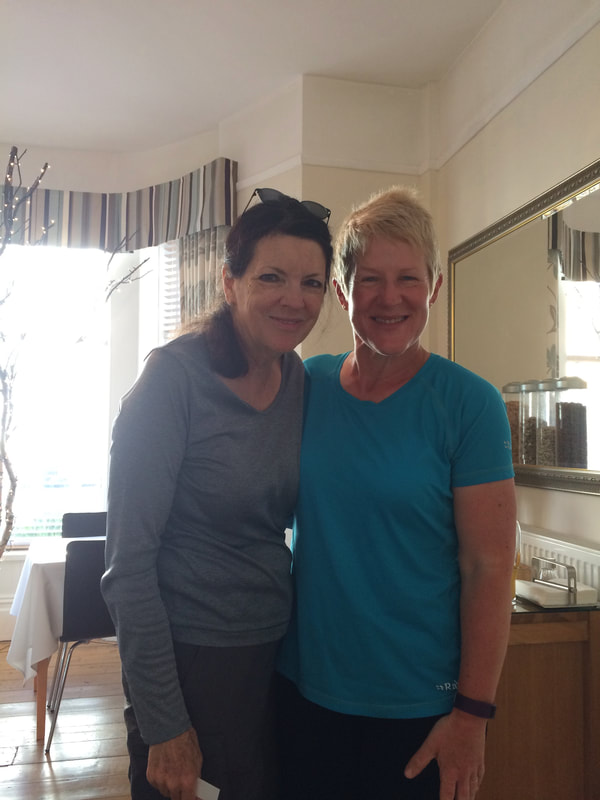 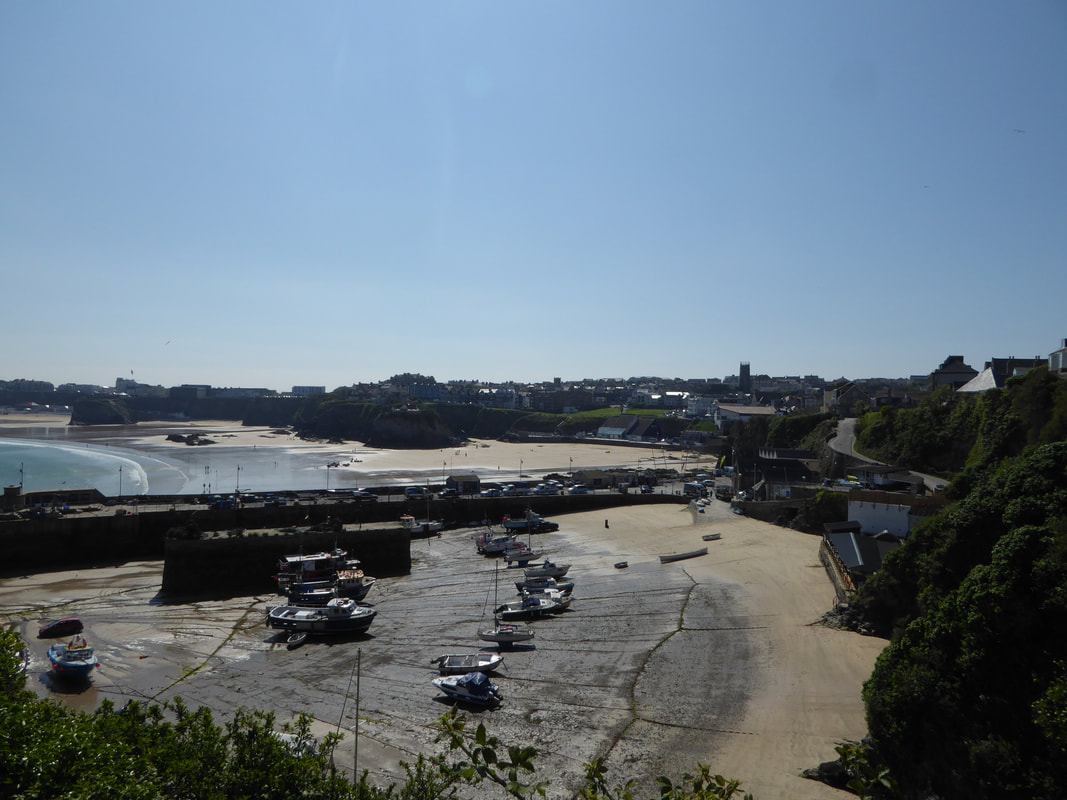 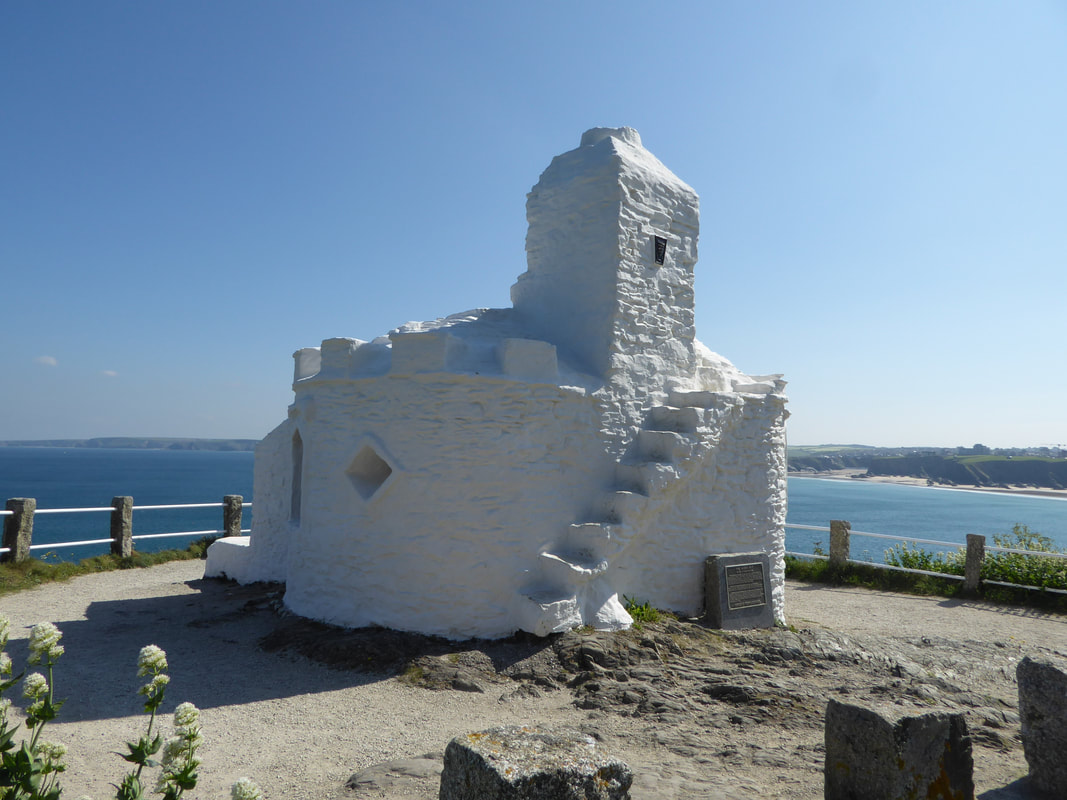 The Huer's Hut on the Towan Headland, Newquay.
The Huer would watch out to sea all day, and even on moon lit nights, looking out for the giant shoals of glinting pilchards or other fish passing by – the distinctive ripple and colour of the pilchard shoals were called Shirming locally.  Once a shoal was spotted the Huer would use a giant megaphone-like trumpet to announce their prescence, shouting out ‘Hubba, Hubba’ or ‘Heva, Heva’. On hearing this distinctive cry fisherman would drop whatever they were doing and man the main type of fishing boat, called a ‘Seine’, along with the smaller Volyer’s and Lurkar’s and launch them at the pilchard shoals. The Seine boats would be guided to where the fish were by the Huer from his high vantage point using two branches or gorse bushes covered in cloth acting as an early form of semaphore.  This was one of two Huer's Huts we saw on the path - the other one was near St Ives. 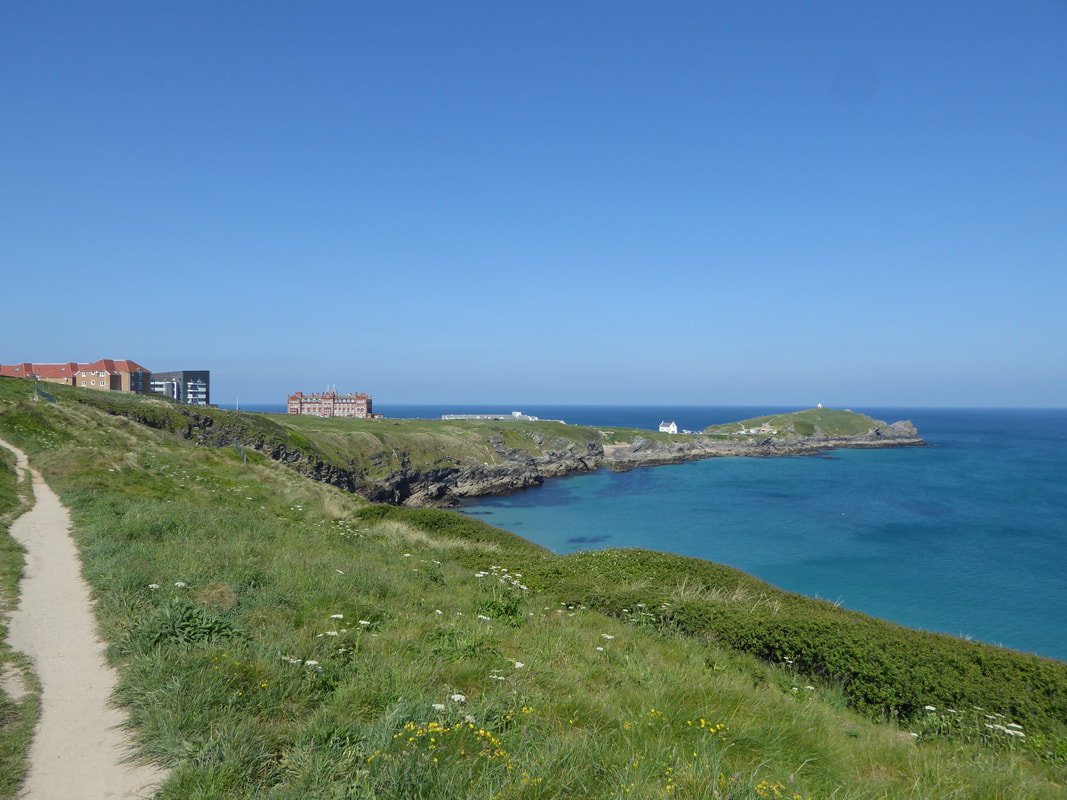 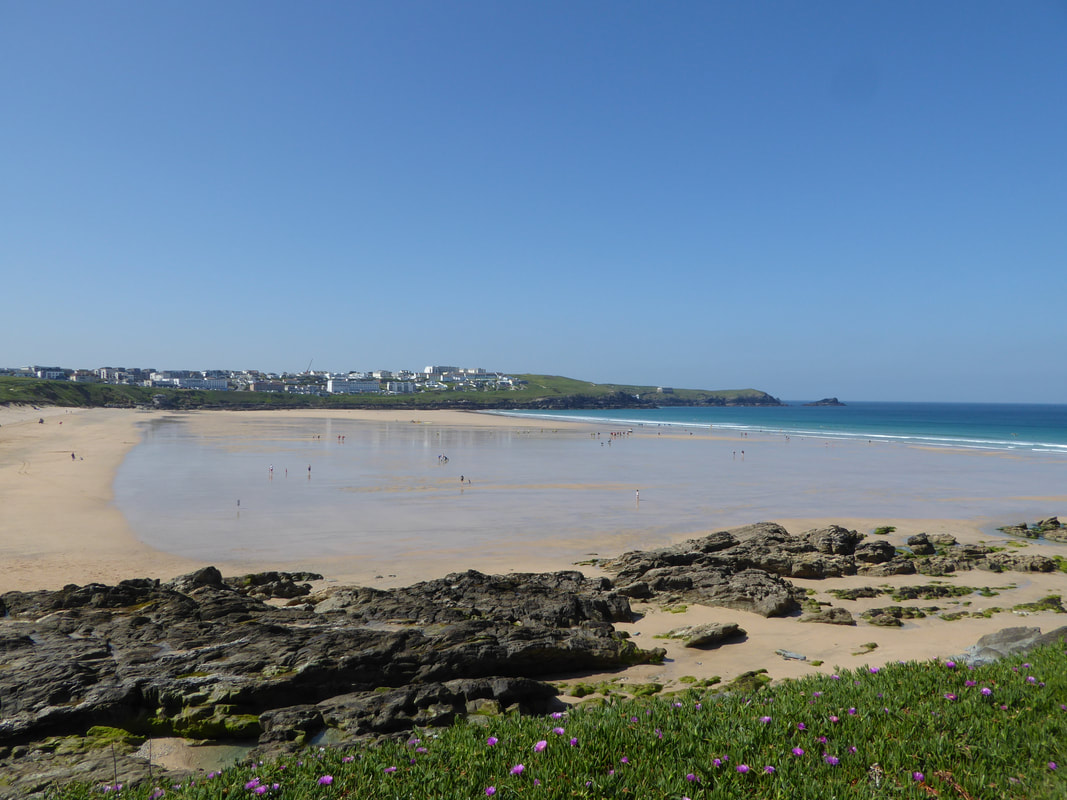 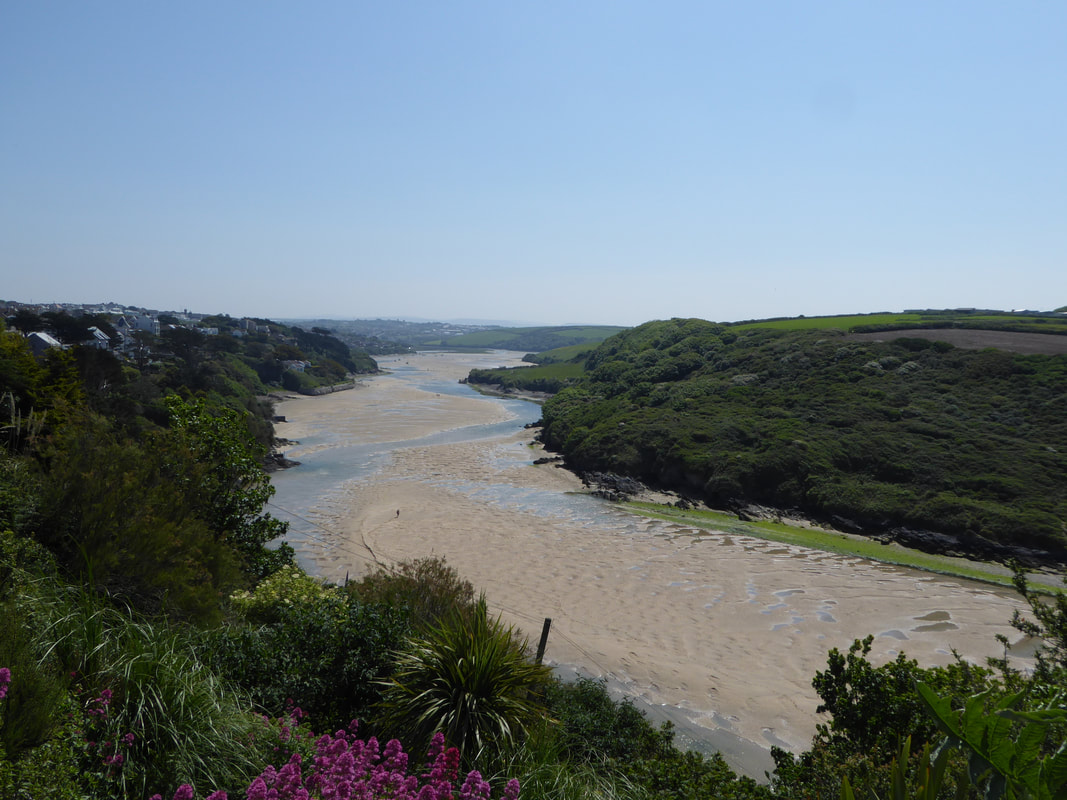 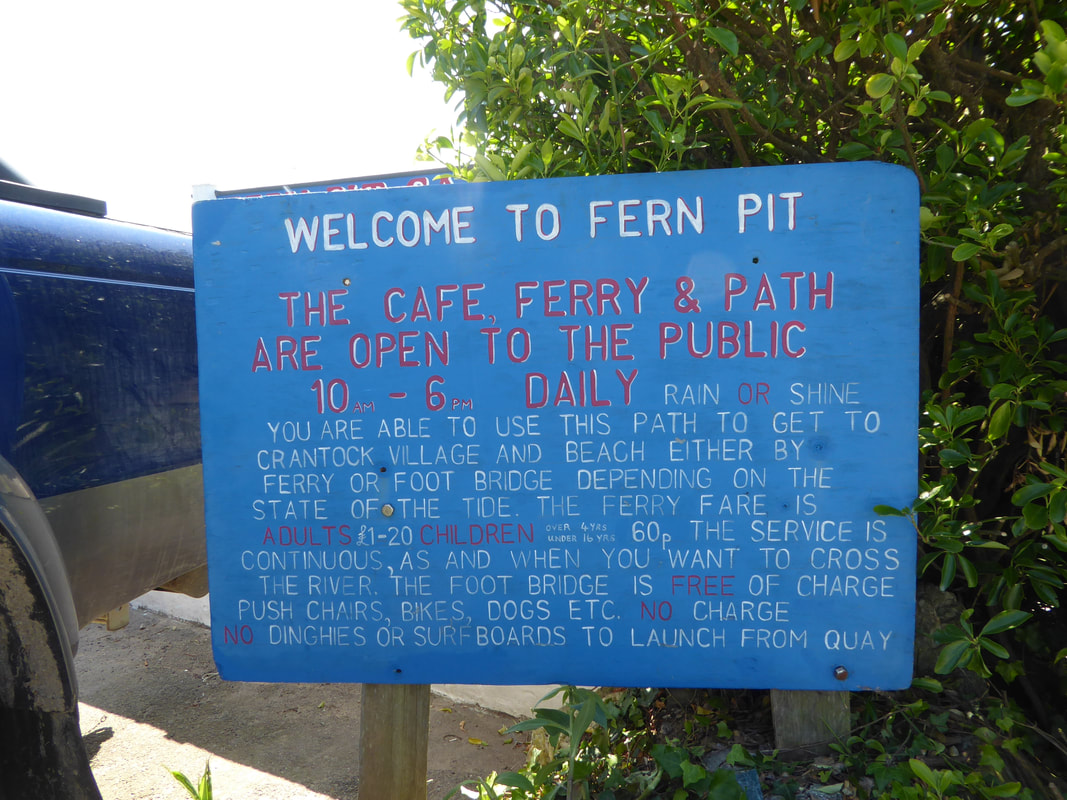 If the tide is in then this is the mode of transport across The Gannel..... 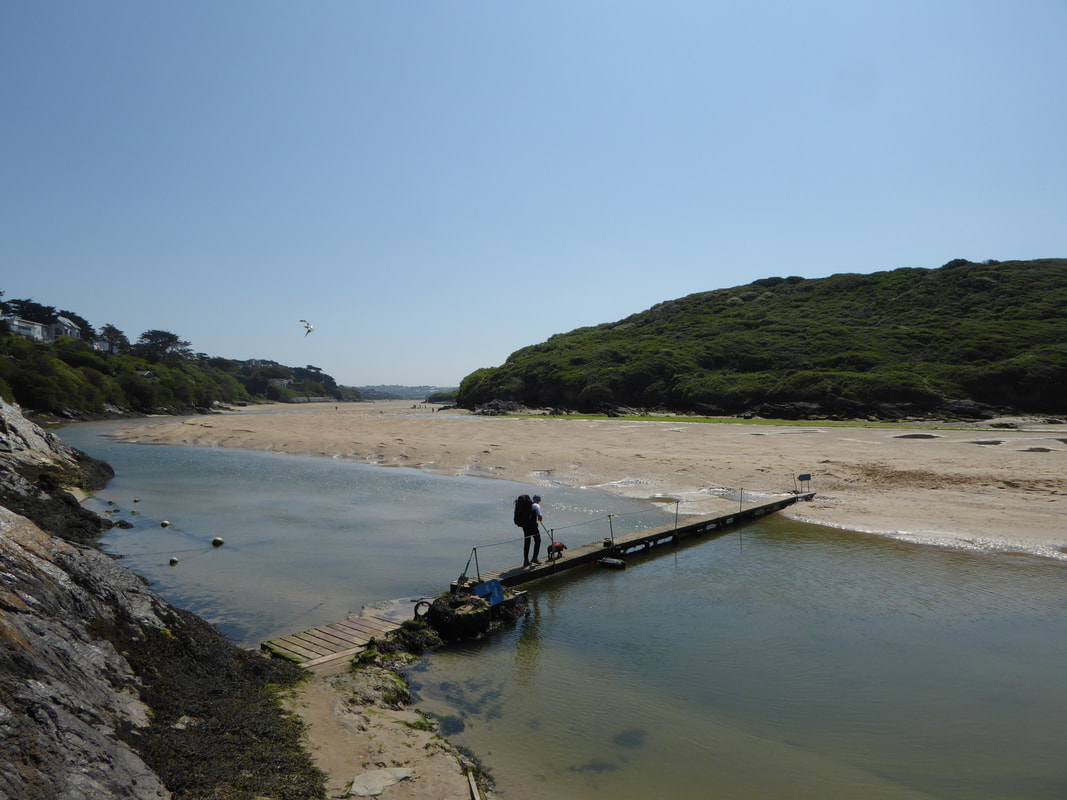 ​..... we crossed over the footbridge 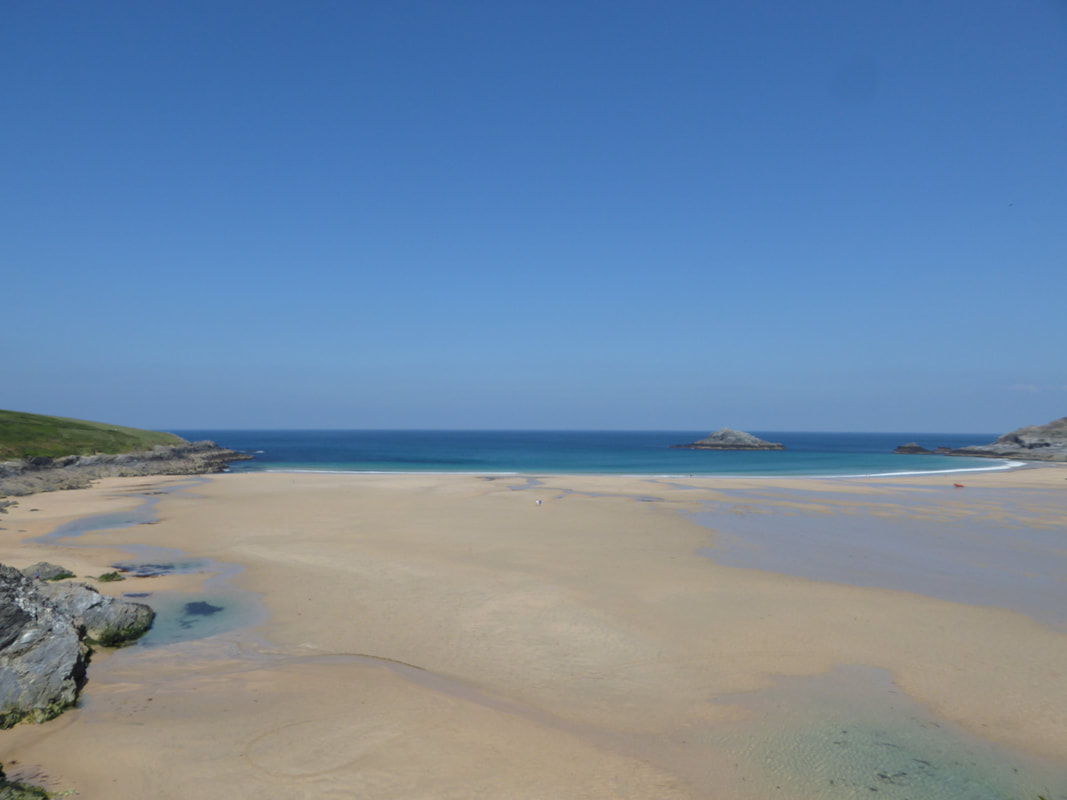 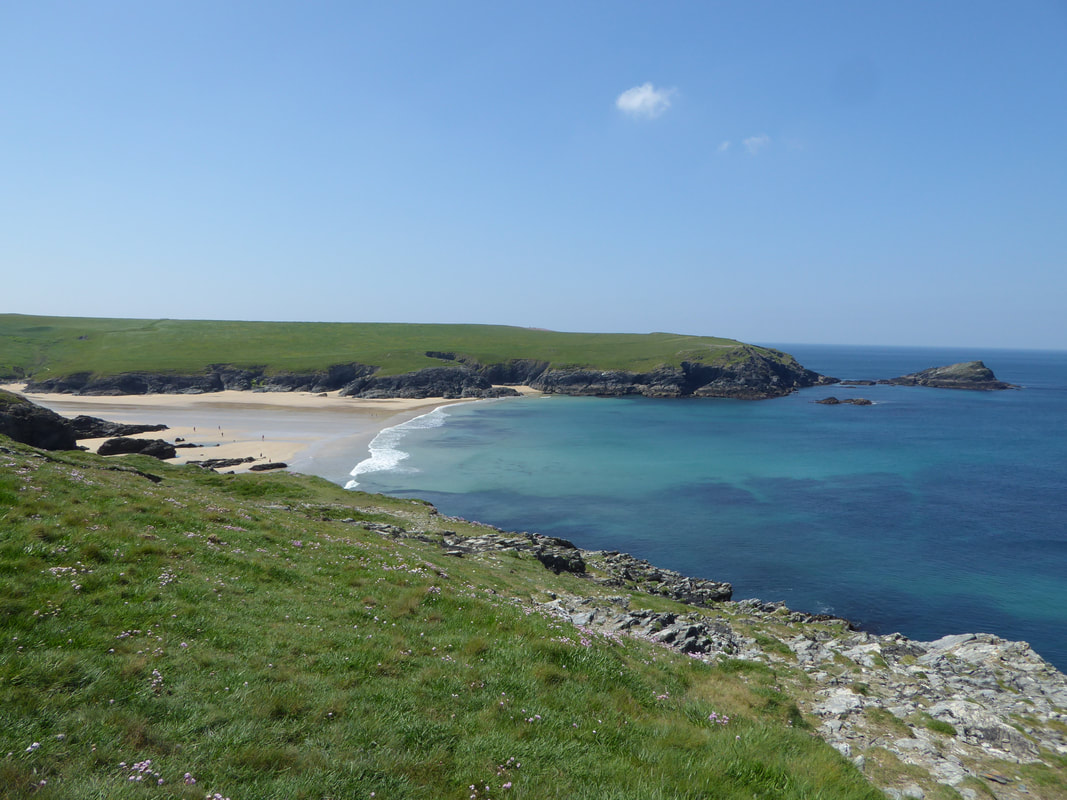 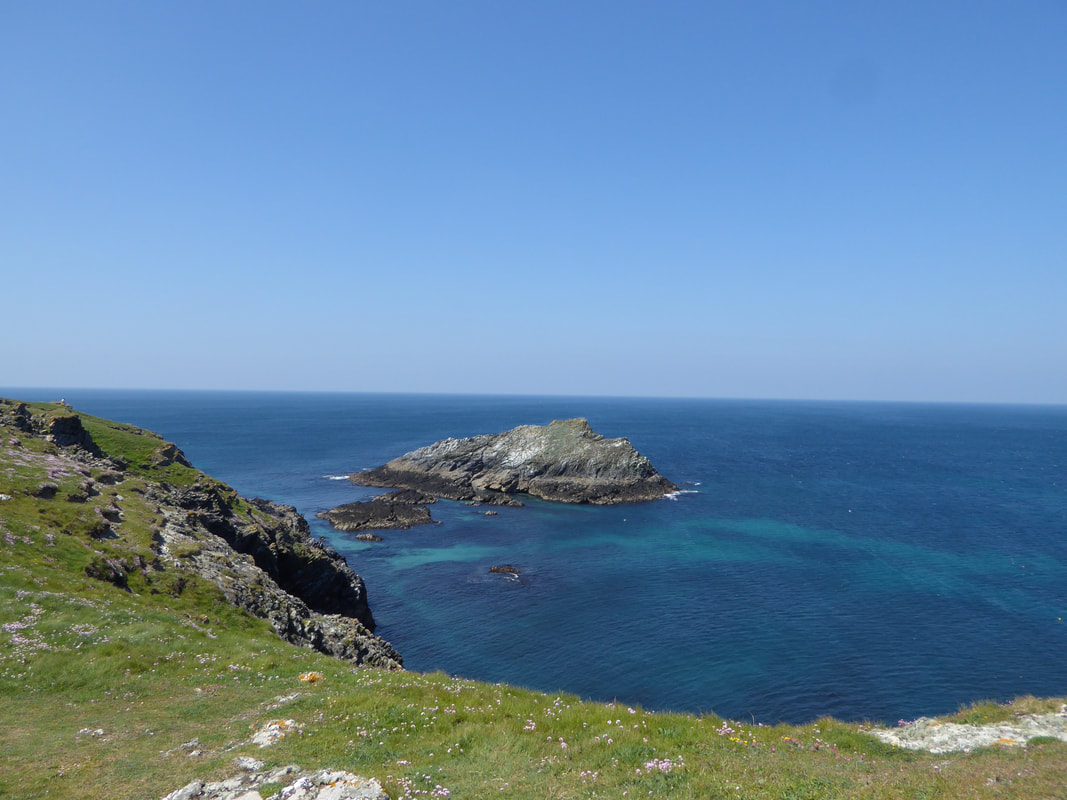 A closer view of The Chick 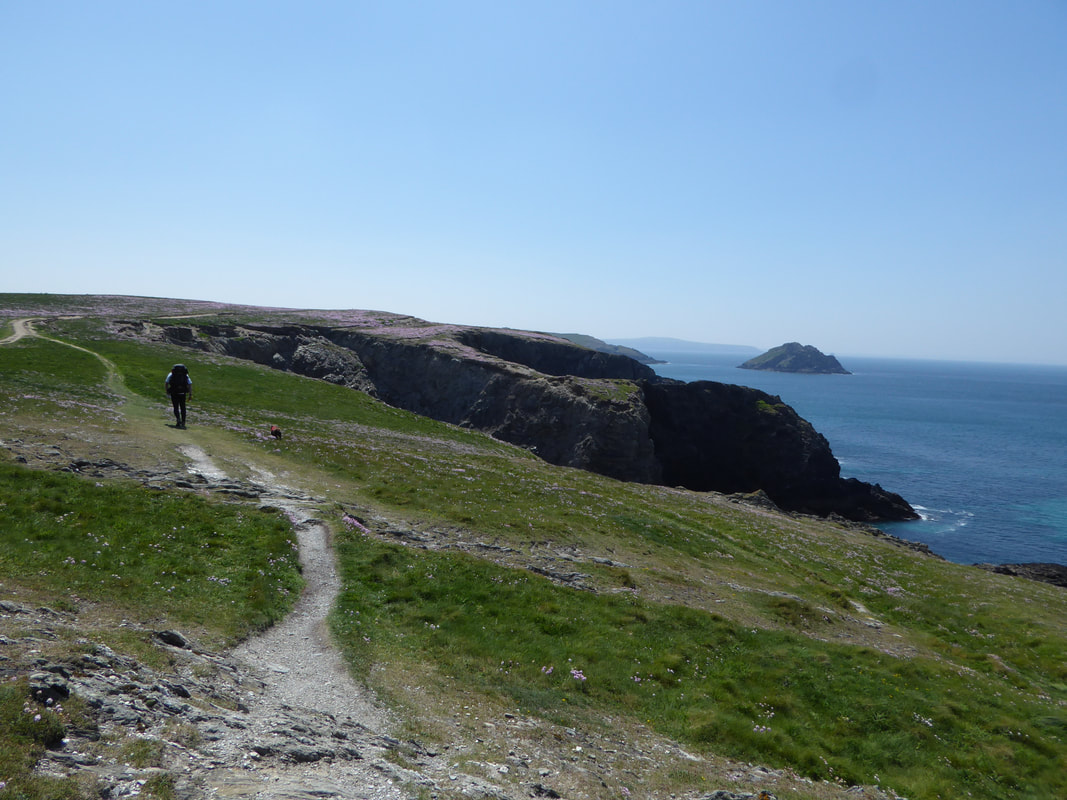 Approaching Holywell Bay - Gull Rocks are to the right 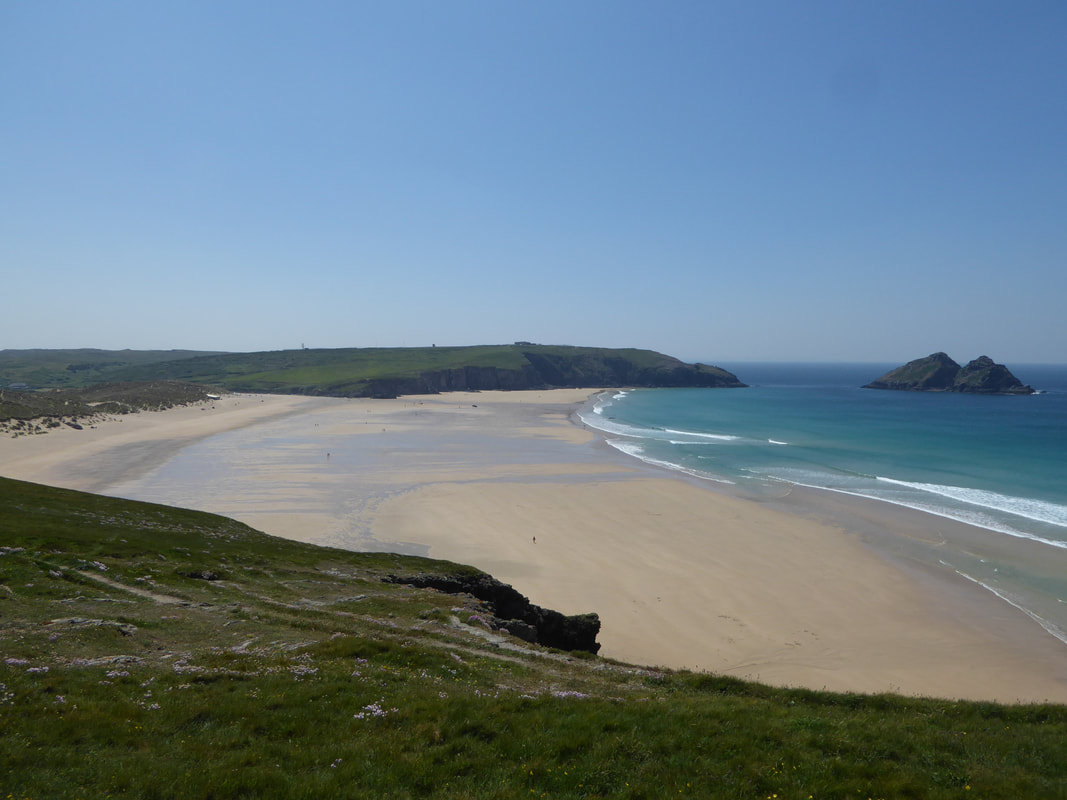 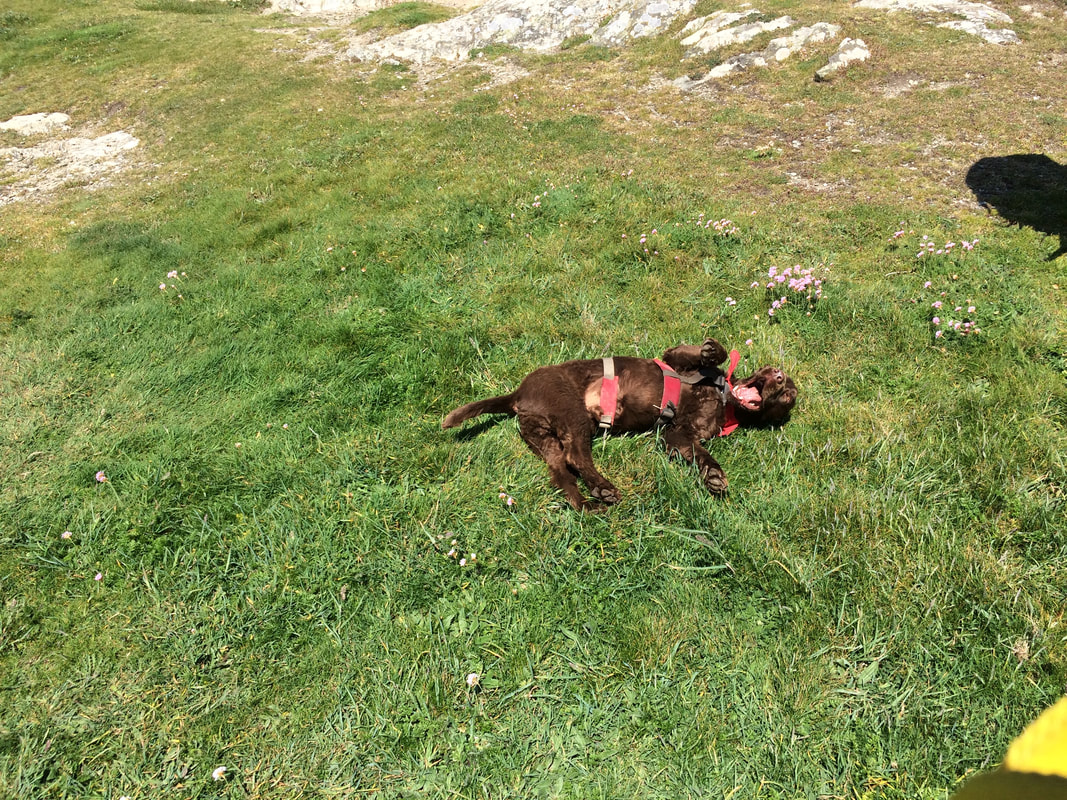 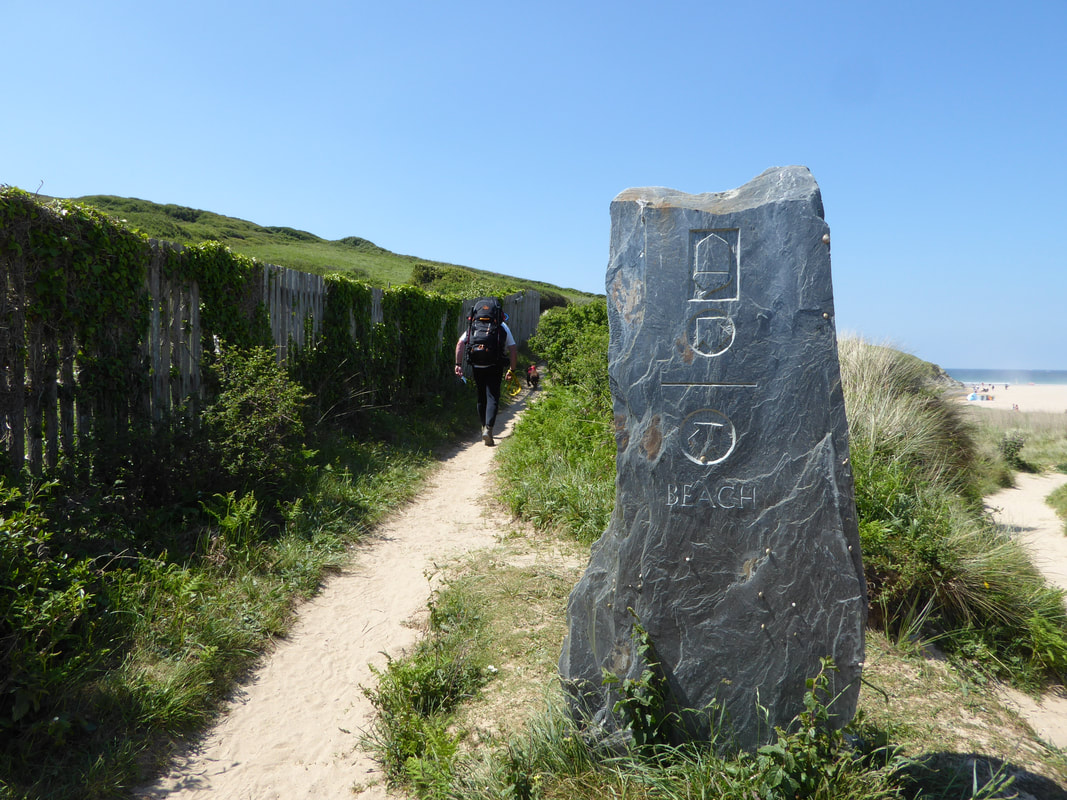 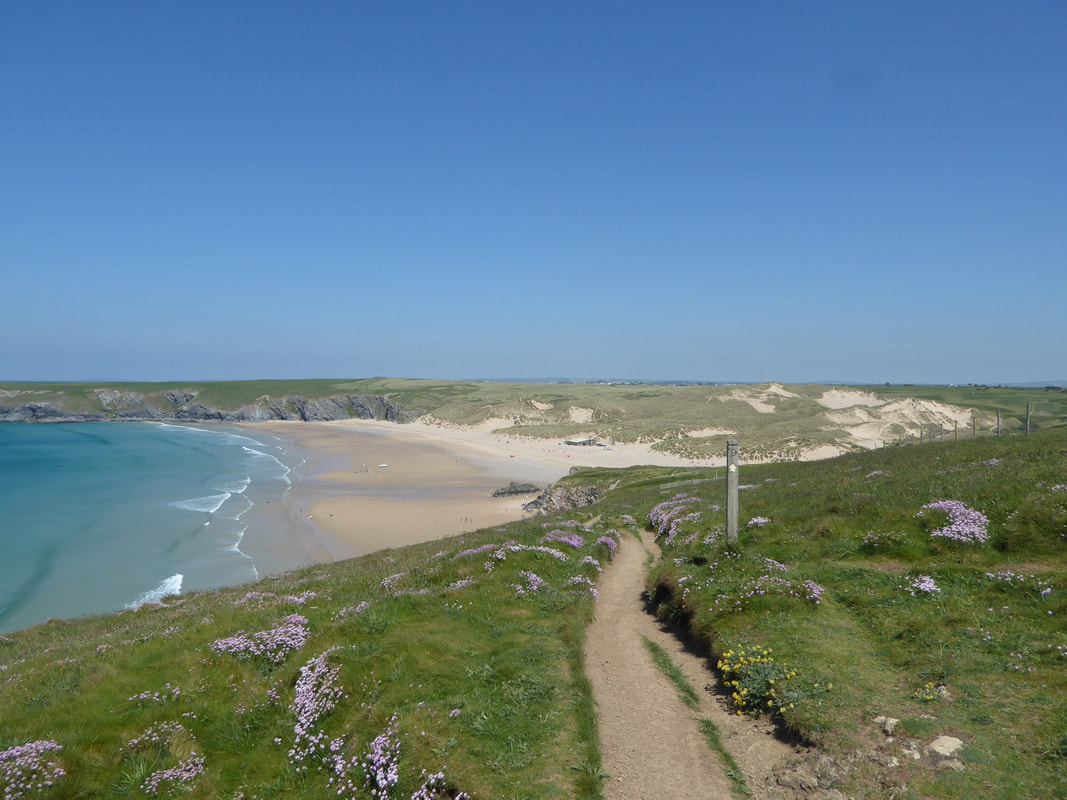 ​Looking back to Holywell Bay from Penhale Point 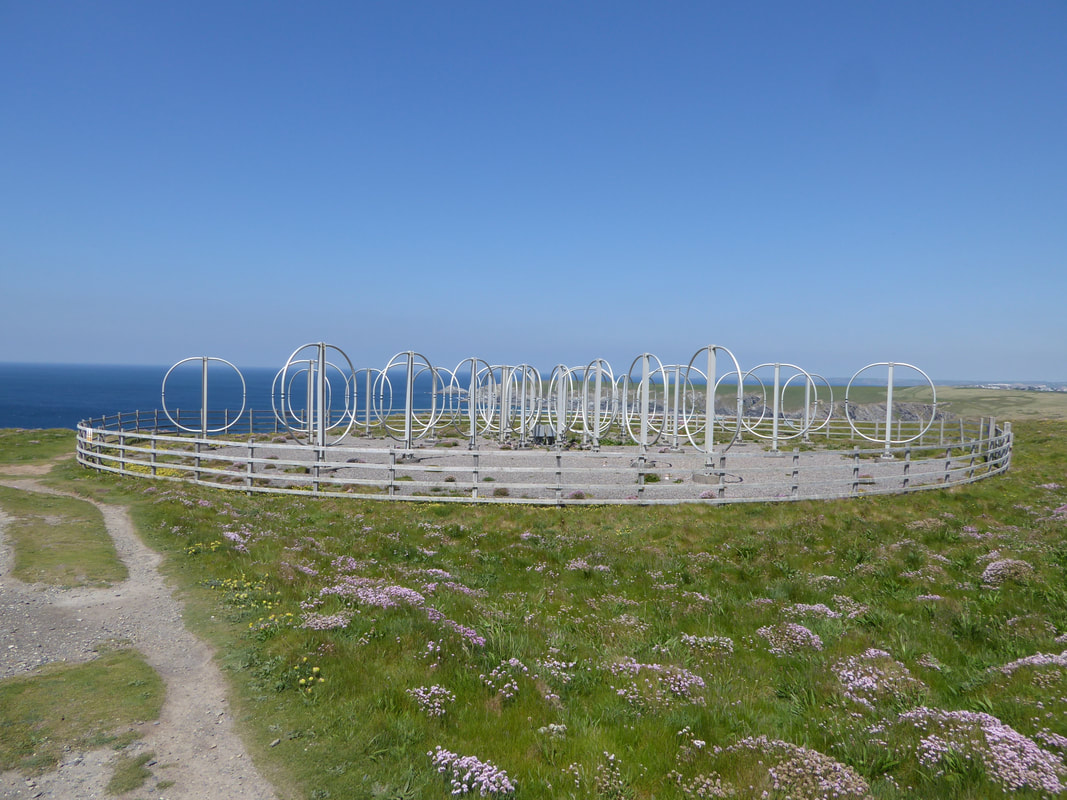 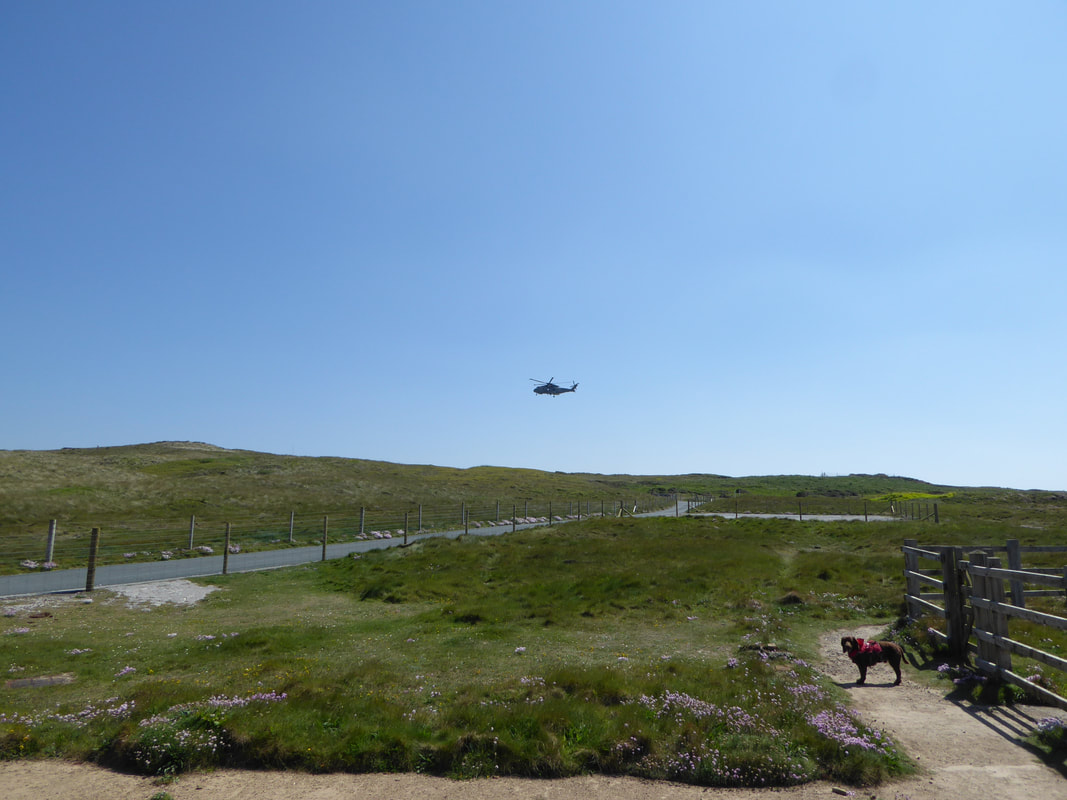 Fudge enquiring - "What's that Petrol Budgie doing here Dad?"  A Merlin Aircraft from the Royal Naval Air Station at Culdrose.
​Logistically, these aircraft gave me lots of headaches in the latter part of my Naval Service. 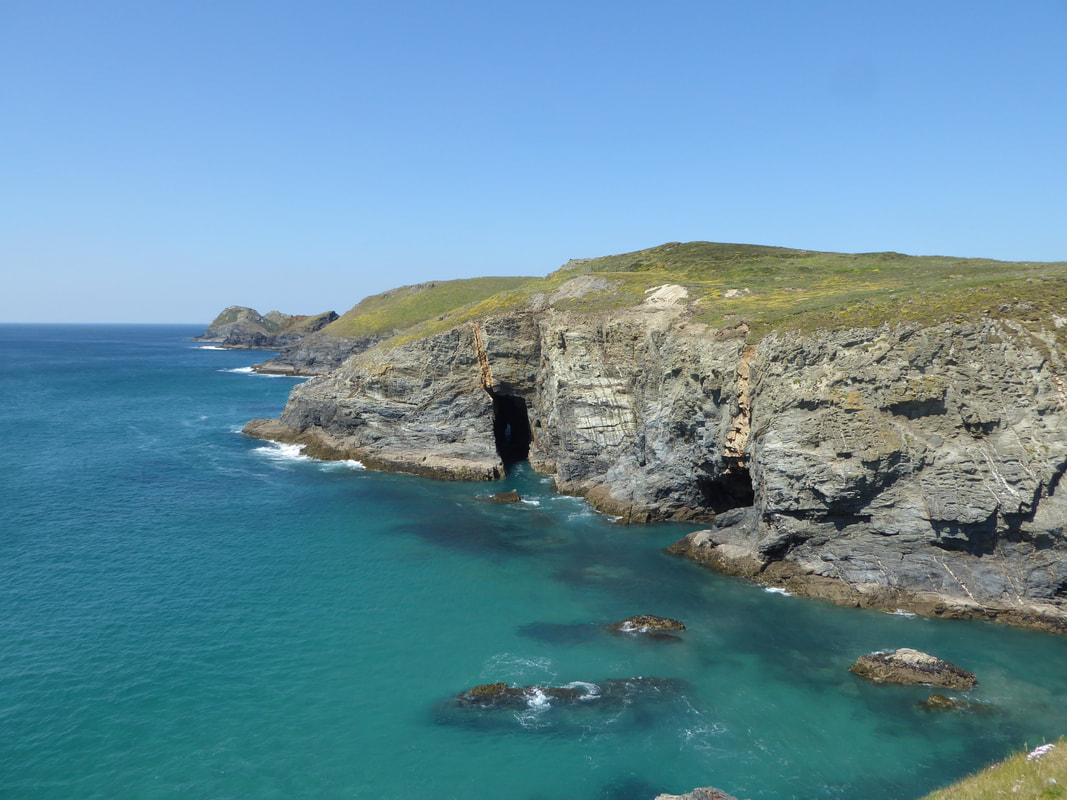 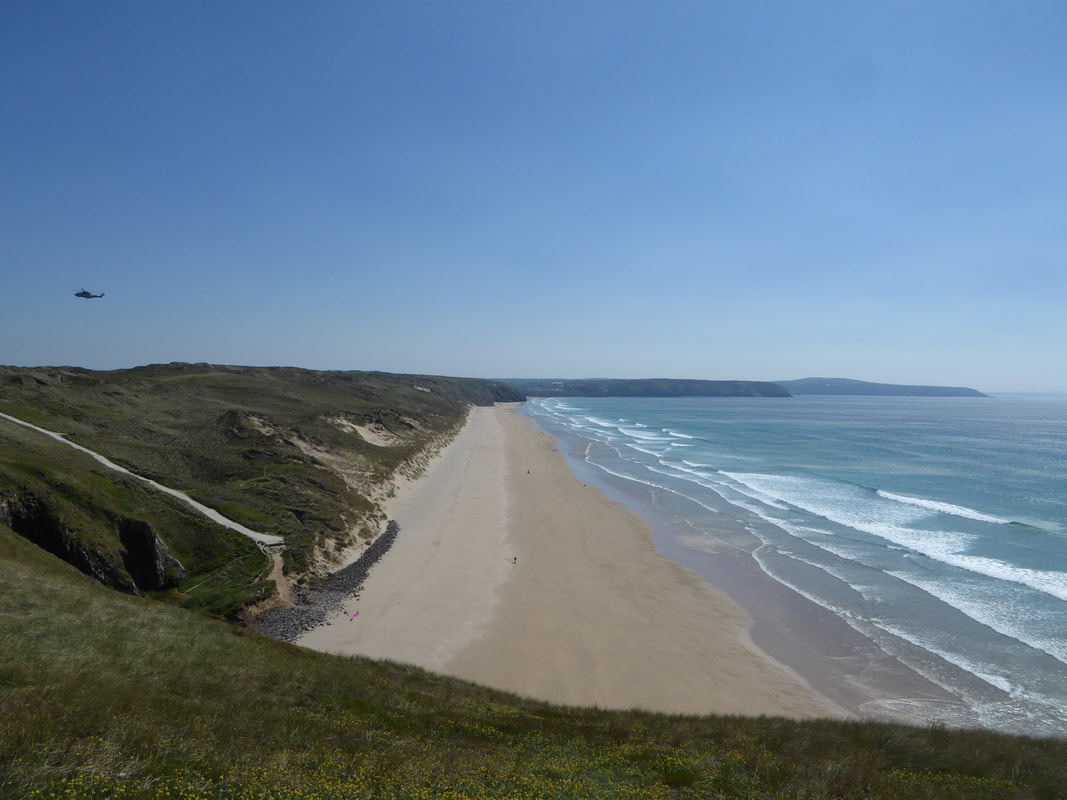 ​Perran Beach - the Merlin Aircraft is still about 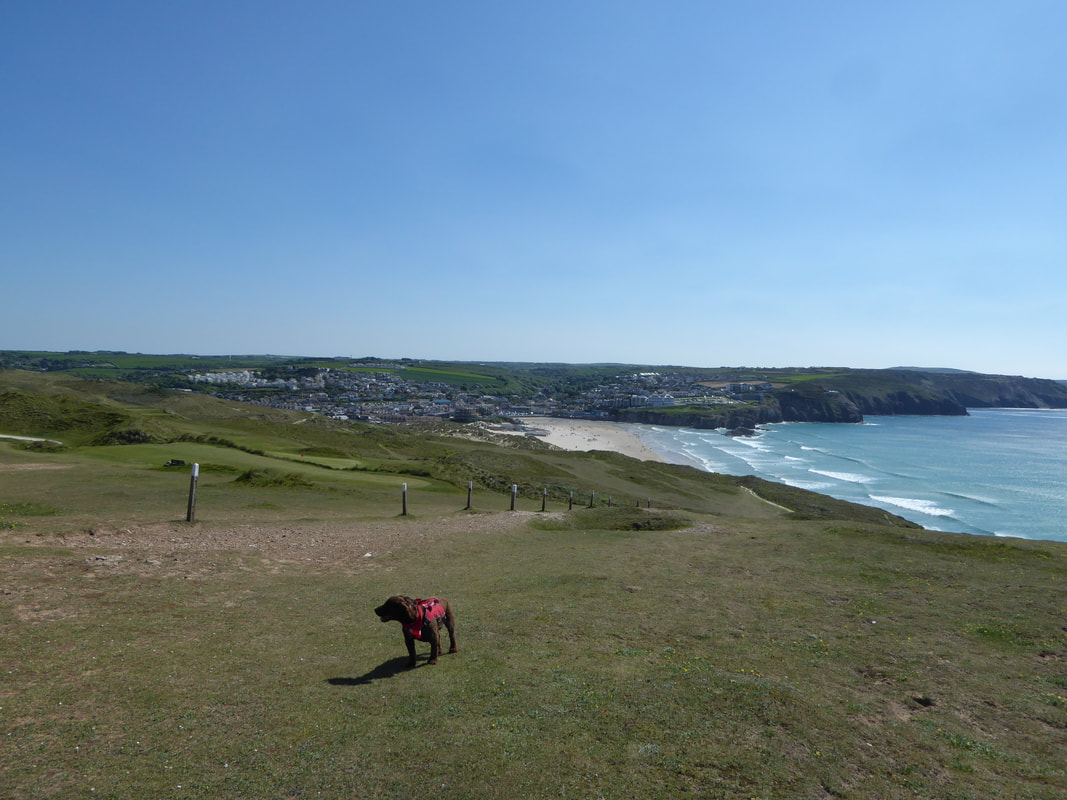 Perranporth ahead - time for a pint eh Fudge?
Overnight Accommodation 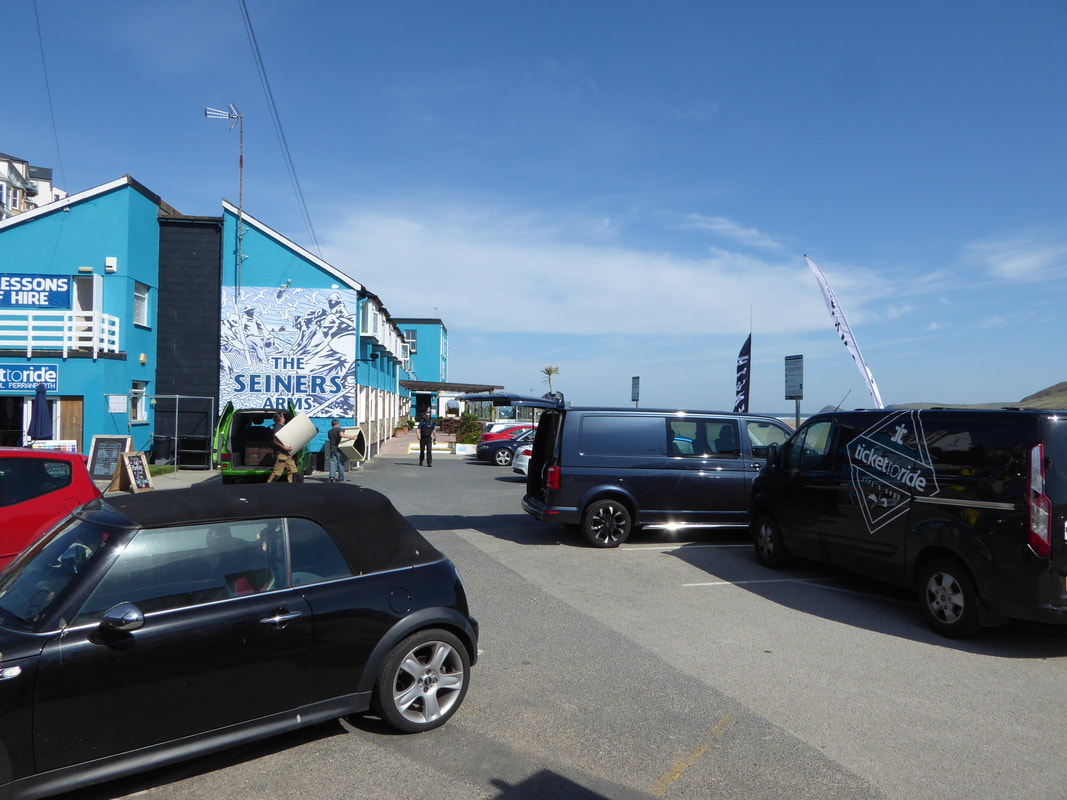