We started the walk directly from our accommodation in Barber Booth however the Car Park (free) is nearby at Grid Ref SK 1077 8474.  The nearest Postcode is S33 7ZJ.

Good moorland paths however Kinder has the reputation of being boggy and today was no exception.

Overcast with some sunny spells.

​Dave & Angie
If the above GPX file fails to download or presents itself as an XML file once downloaded then please feel free to contact me and I will send you the GPX file via e-mail. 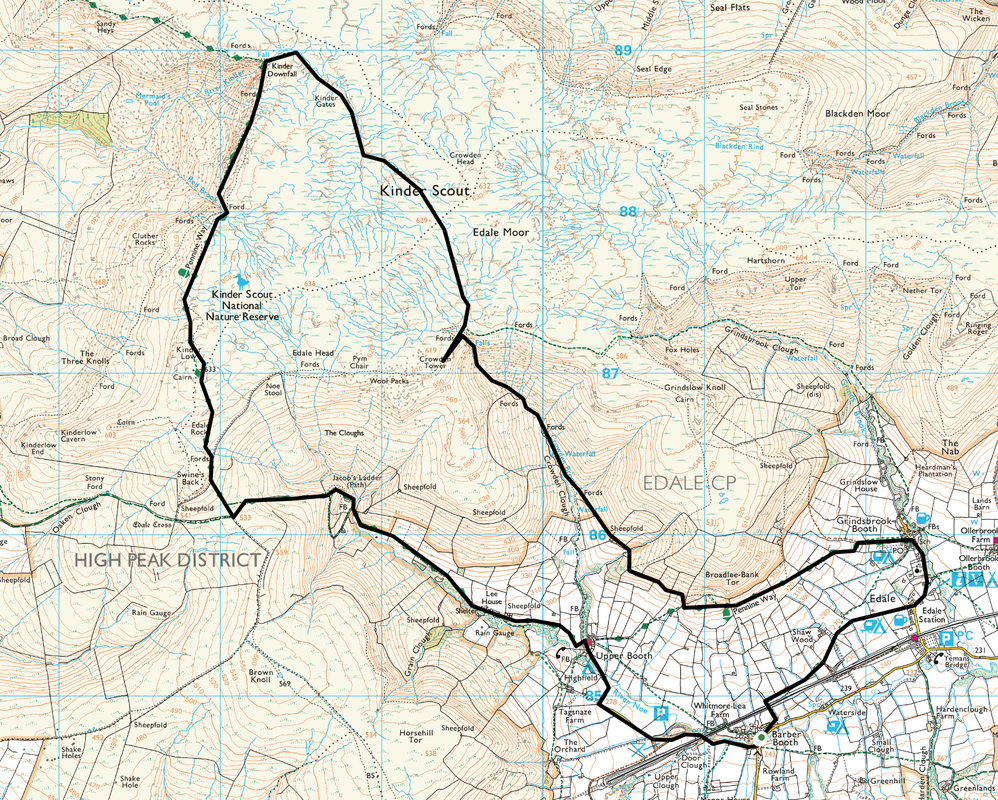 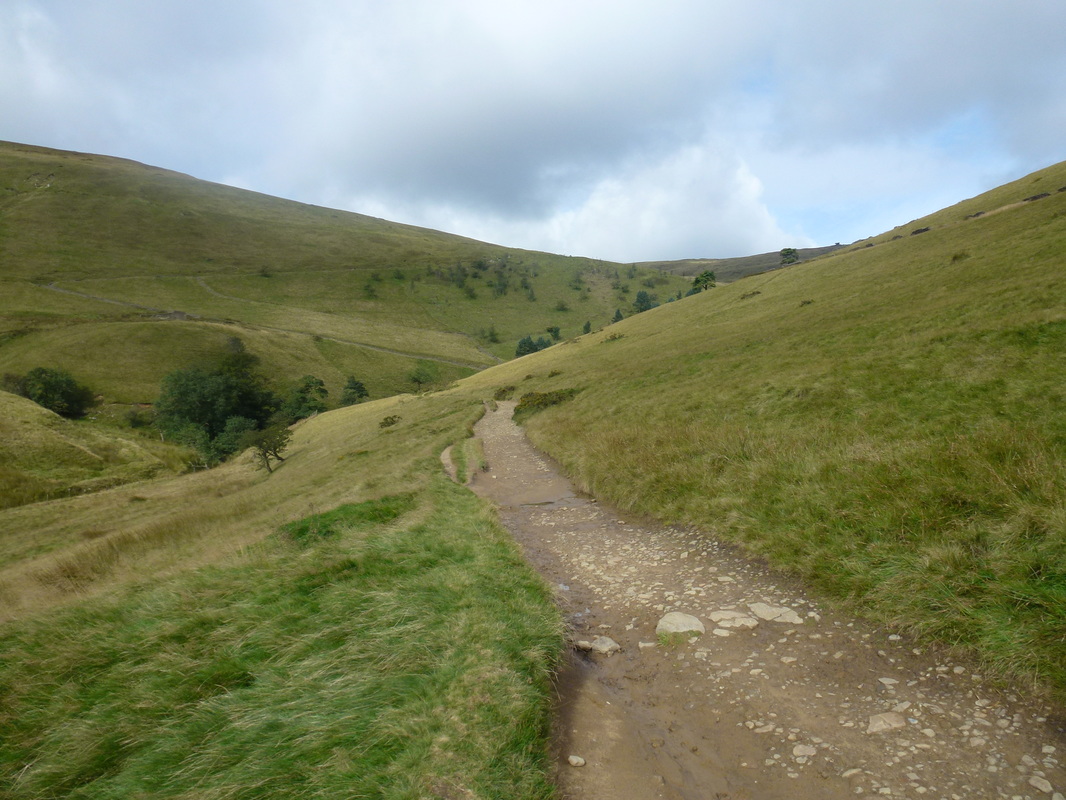 From Upper Booth we followed The Pennine Way towards Jacob's Ladder 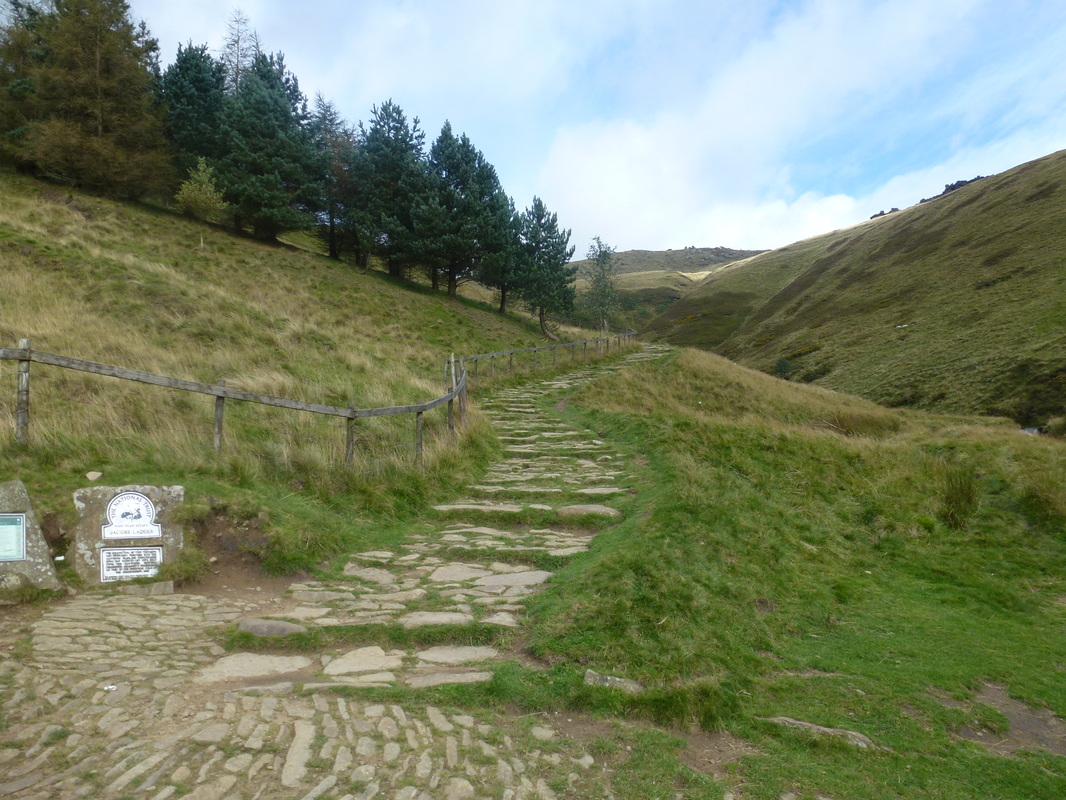 The start of Jacob's Ladder at the Packhorse Bridge crossing the River Noe.
Jacob's Ladder is a bridleway between the plateau of Kinder Scout and the hamlet of Upper Booth in the Vale of Edale.  In the 18th century Jacob Marshall farmed the land at Edale Head, at the top of what became known as Jacob's Ladder. He cut steps into this steep section of the route up to the Kinder plateau.  Jacob's Ladder is also a biblical term referring to the ladder to heaven which Jacob dreamt about in the Old Testament Book of Genesis. 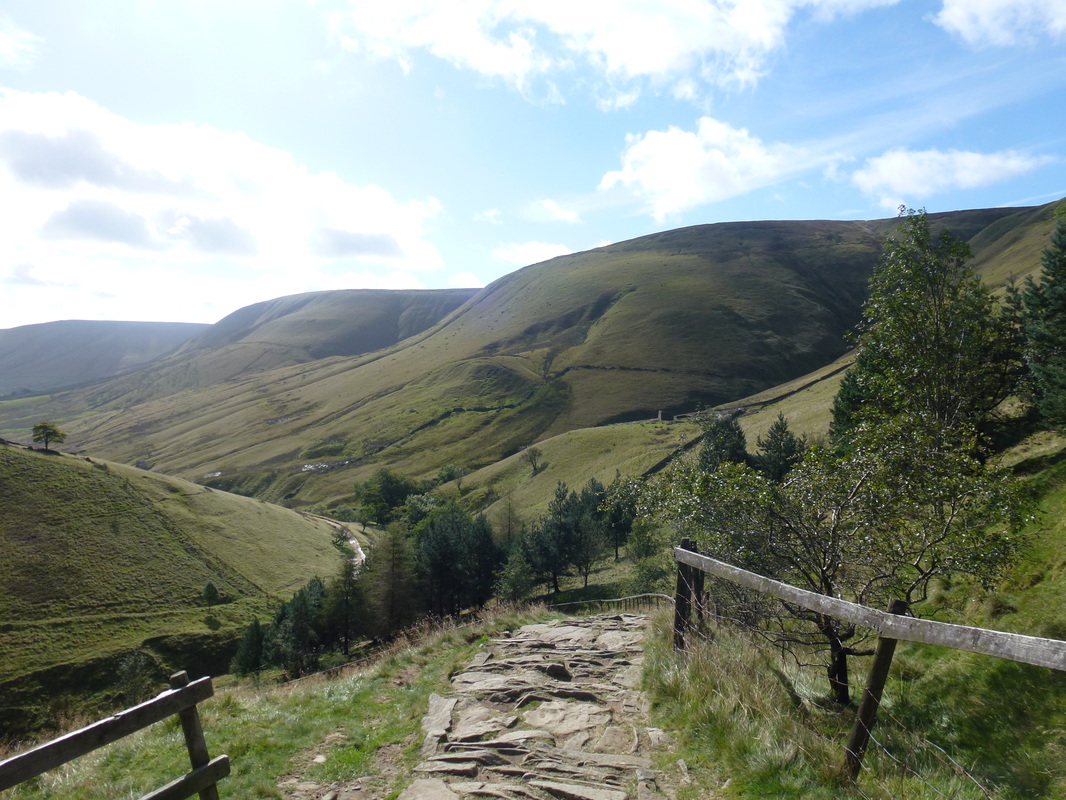 Looking back down to the River Noe from Jacob's Ladder.  Brown Knoll is to the right with Rushup Edge in the distance. 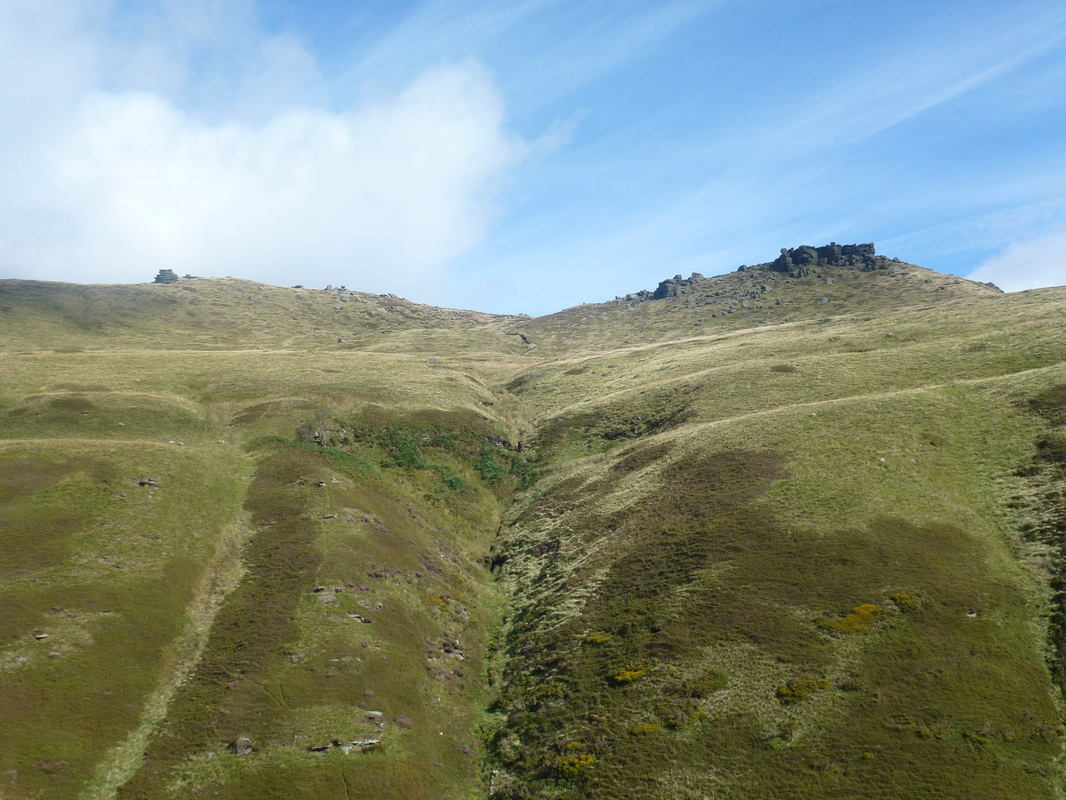 Looking over The Cloughs to Pym Chair & Crowden Tower 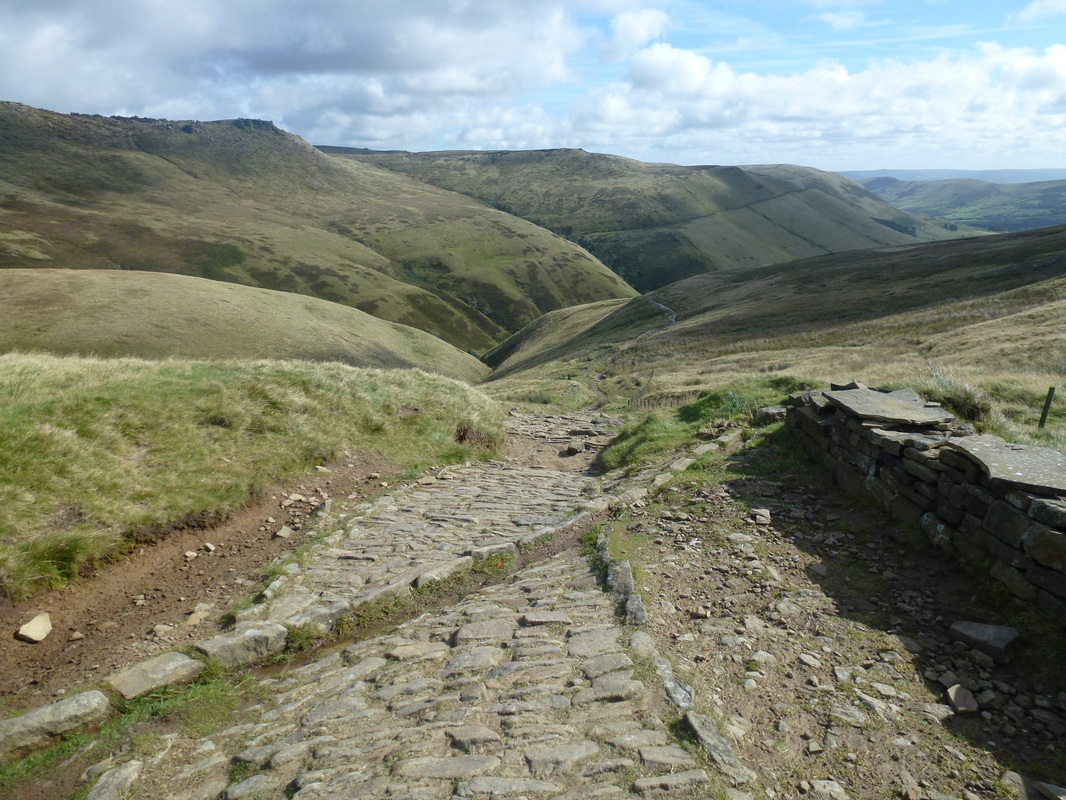 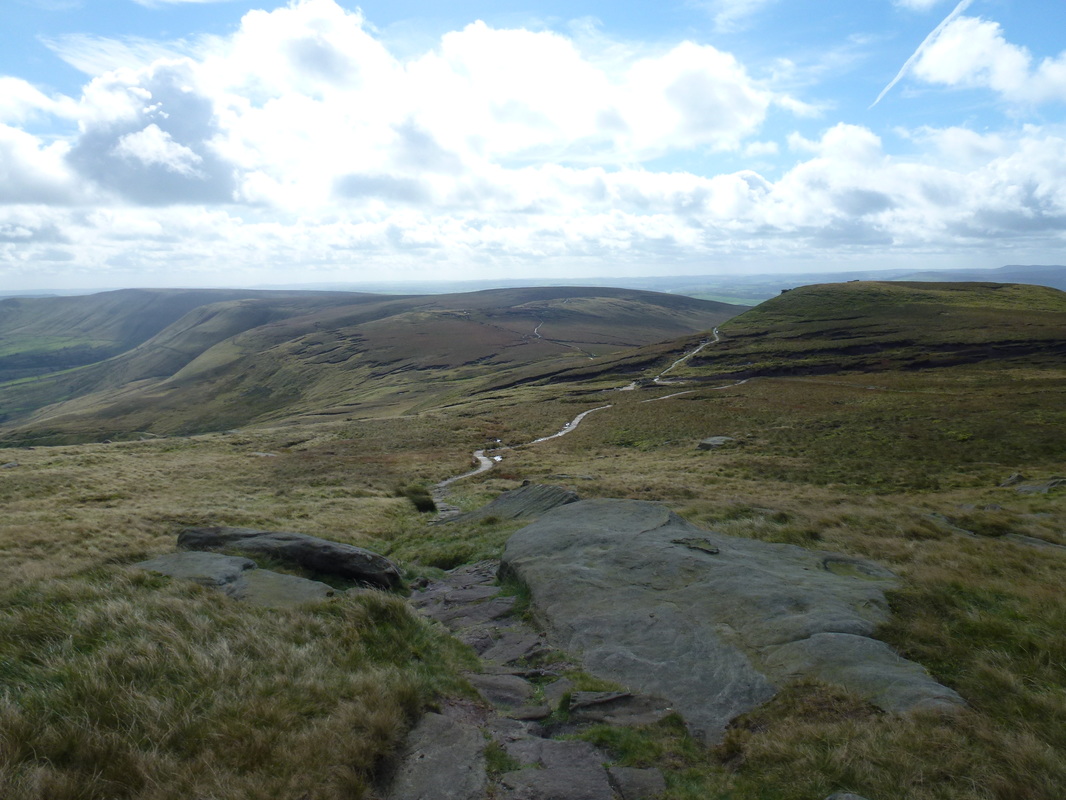 Our route to Kinder Downfall stretches out in front of us 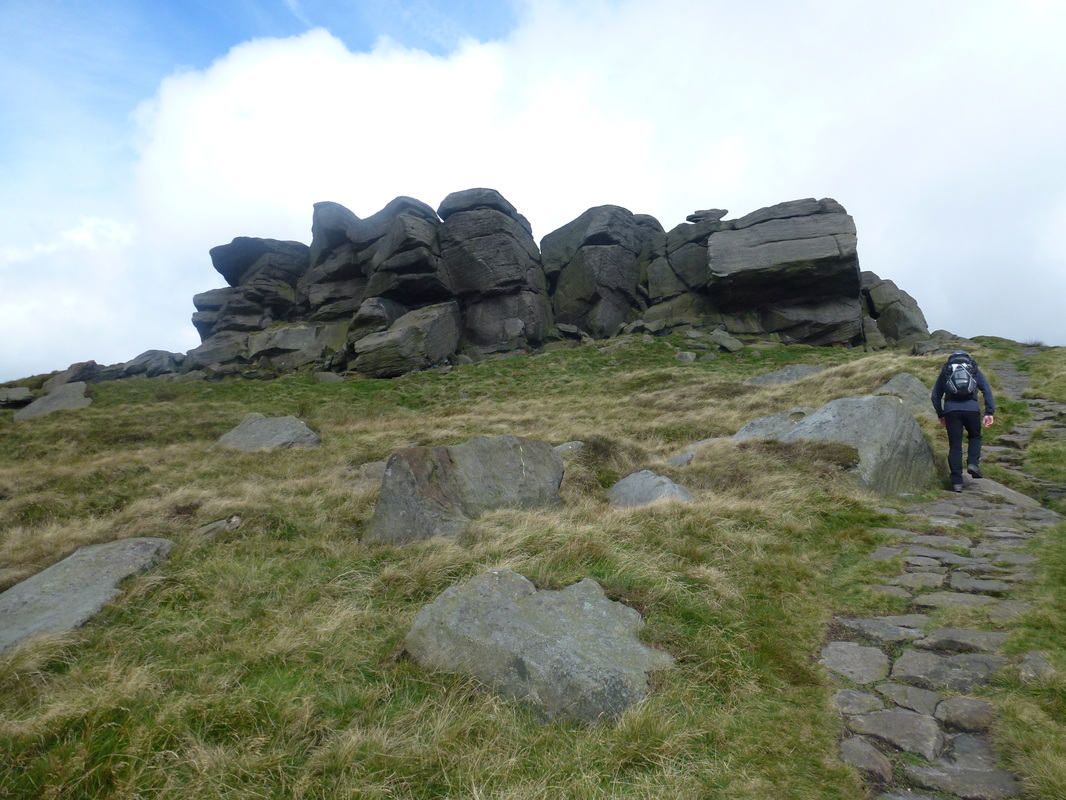 Approaching the summit of Kinder Low 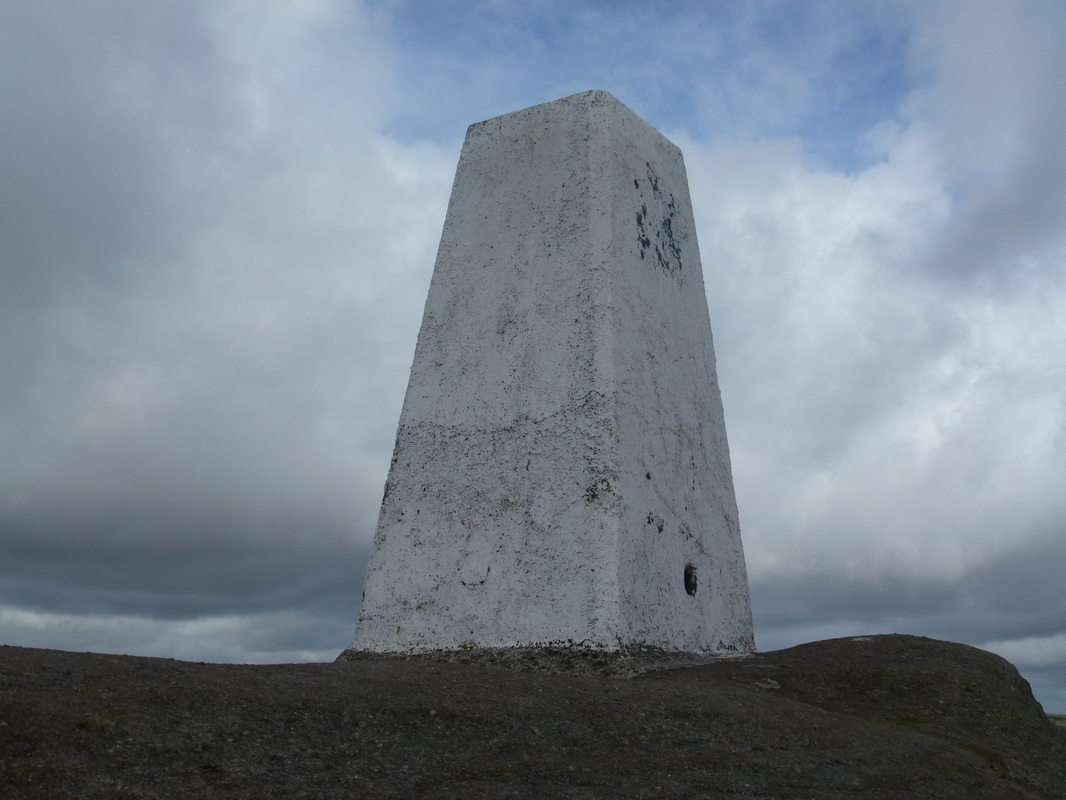 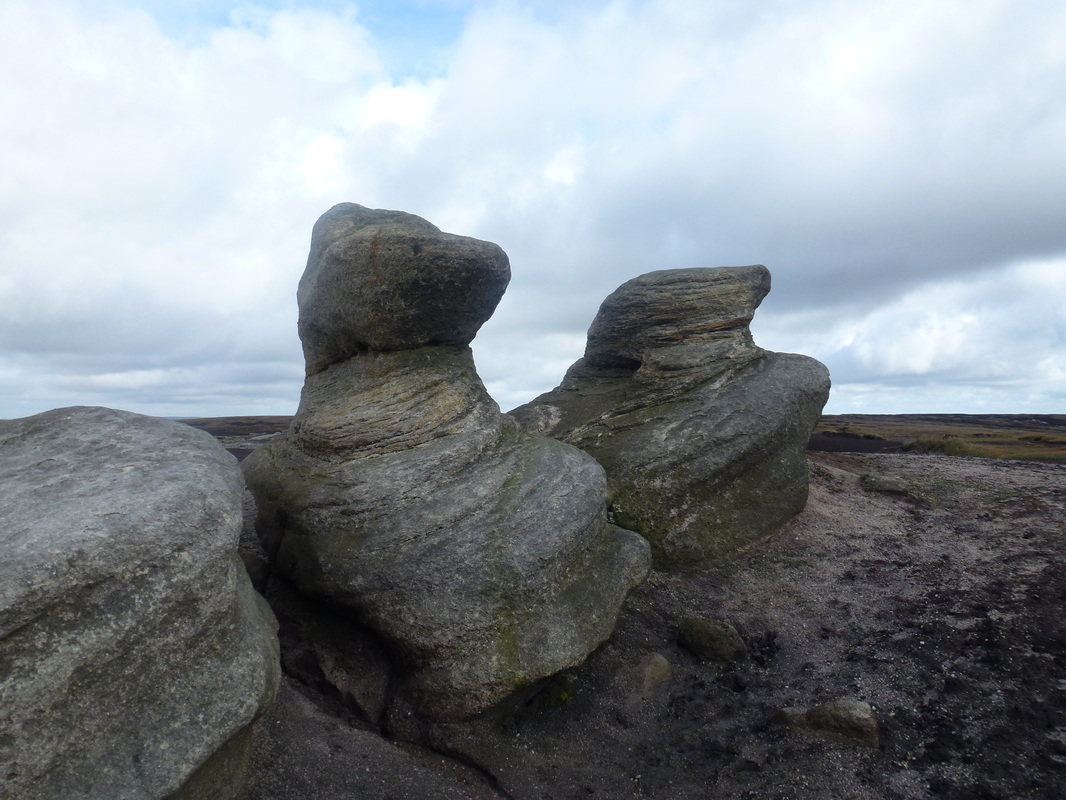 The weathered gritstone outcrops in and around Kinder Low 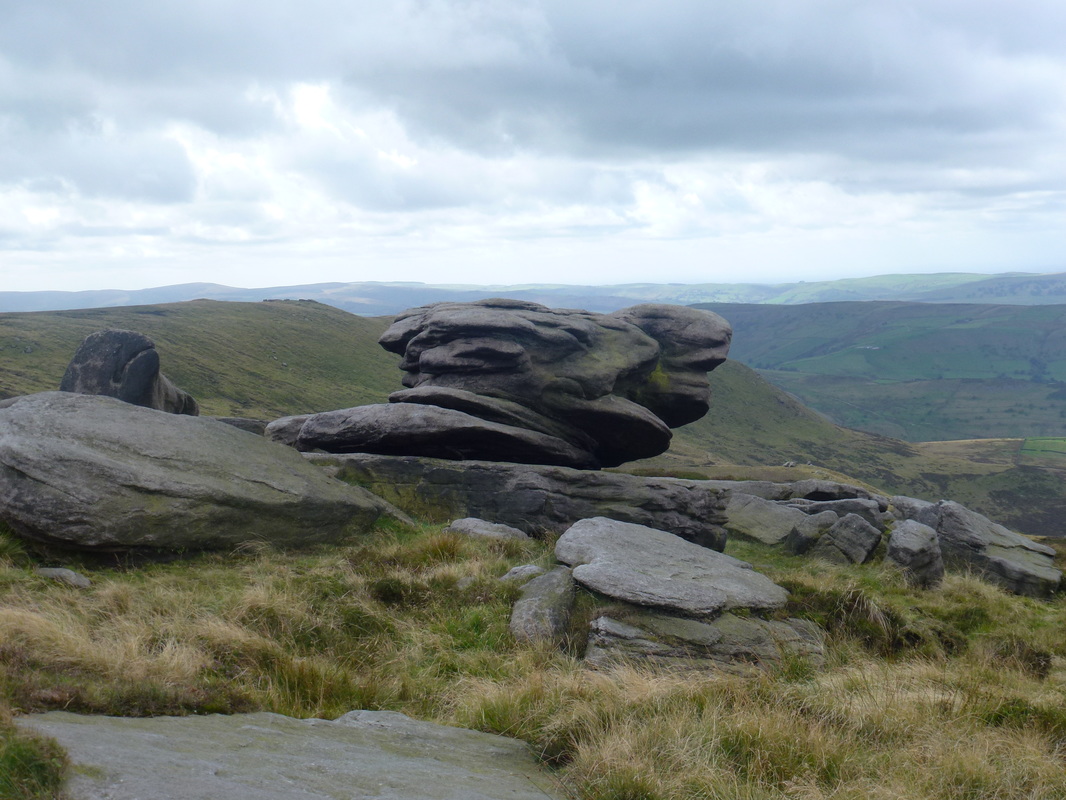 There were plenty of weathered gritstone about these parts 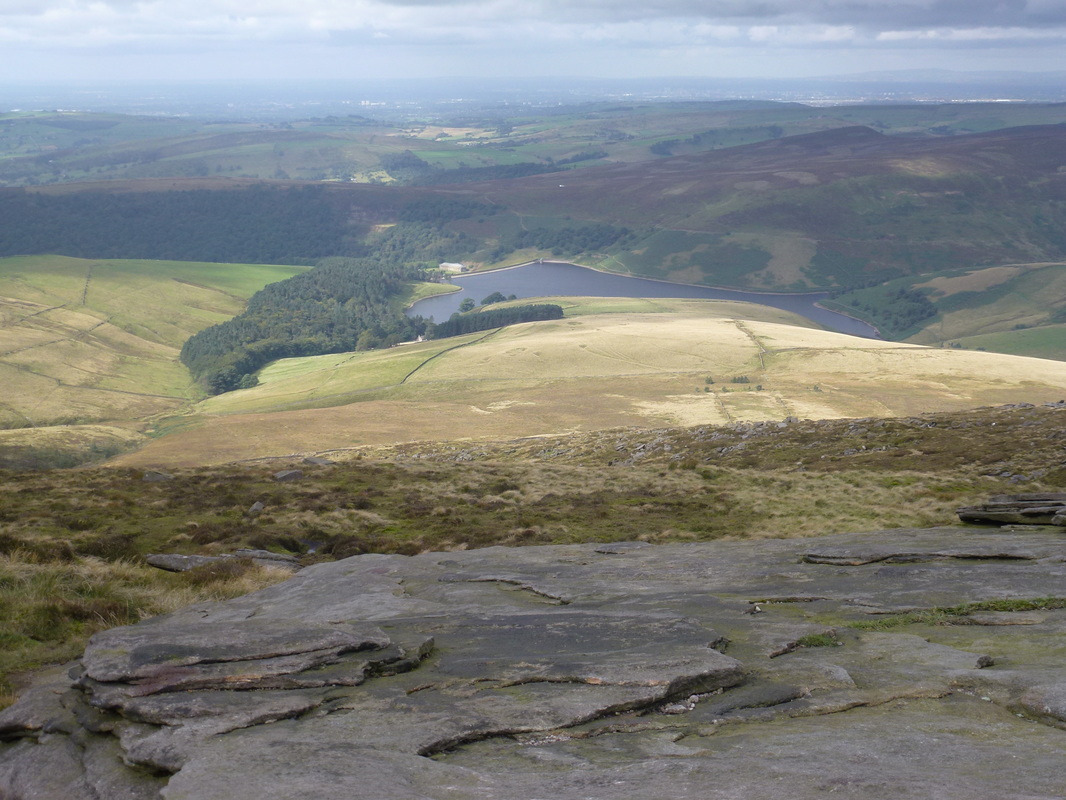 Kinder Reservoir from near Kinder Downfall 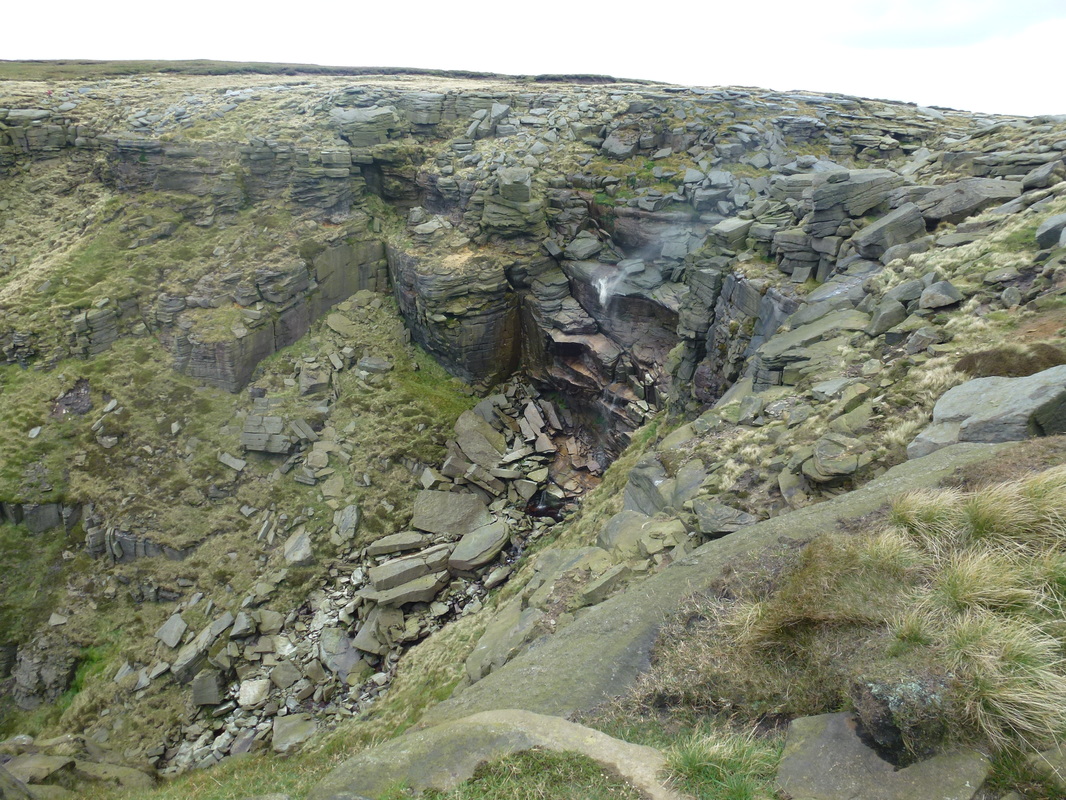 Kinder Downfall
Not much water flows off the downfall however in strong winds the water blows back on itself, creating a steam cloud that can be seen from miles around. 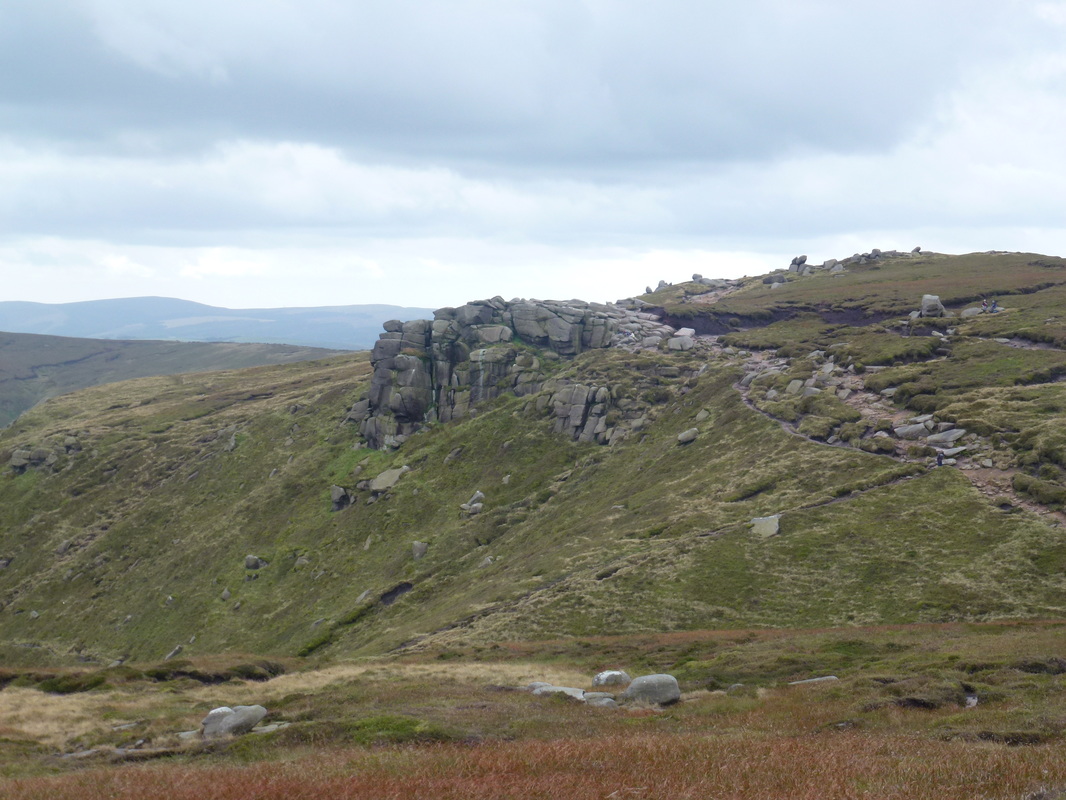 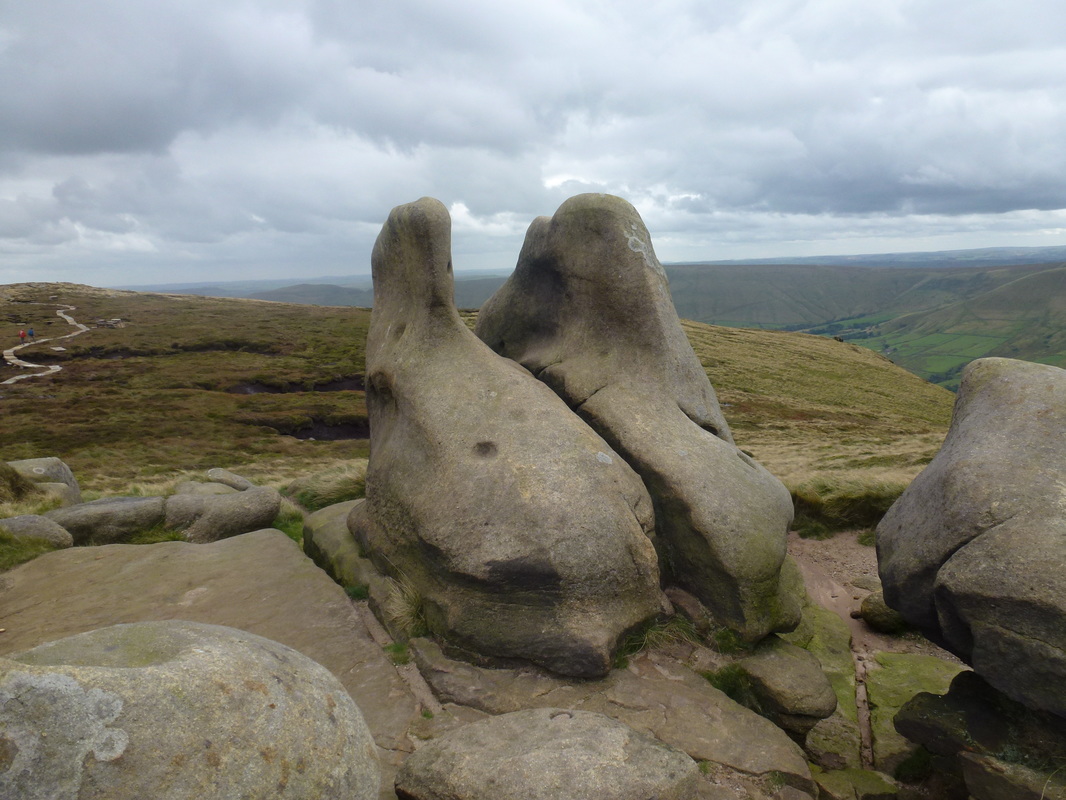 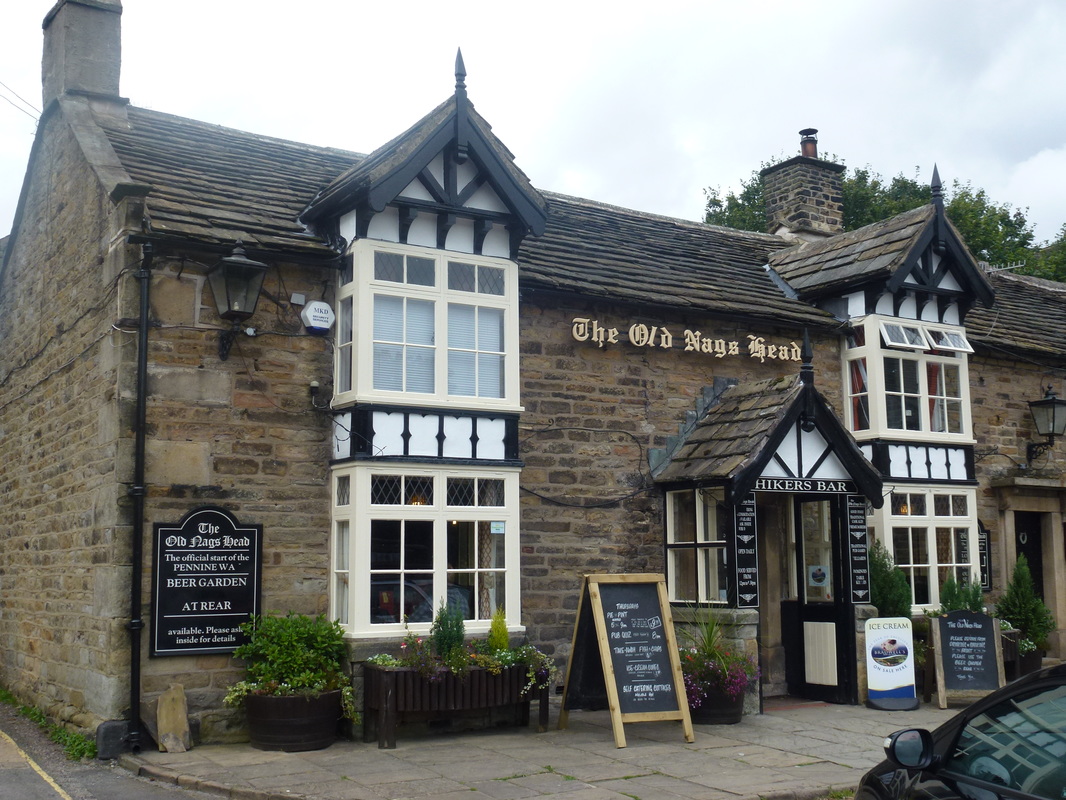