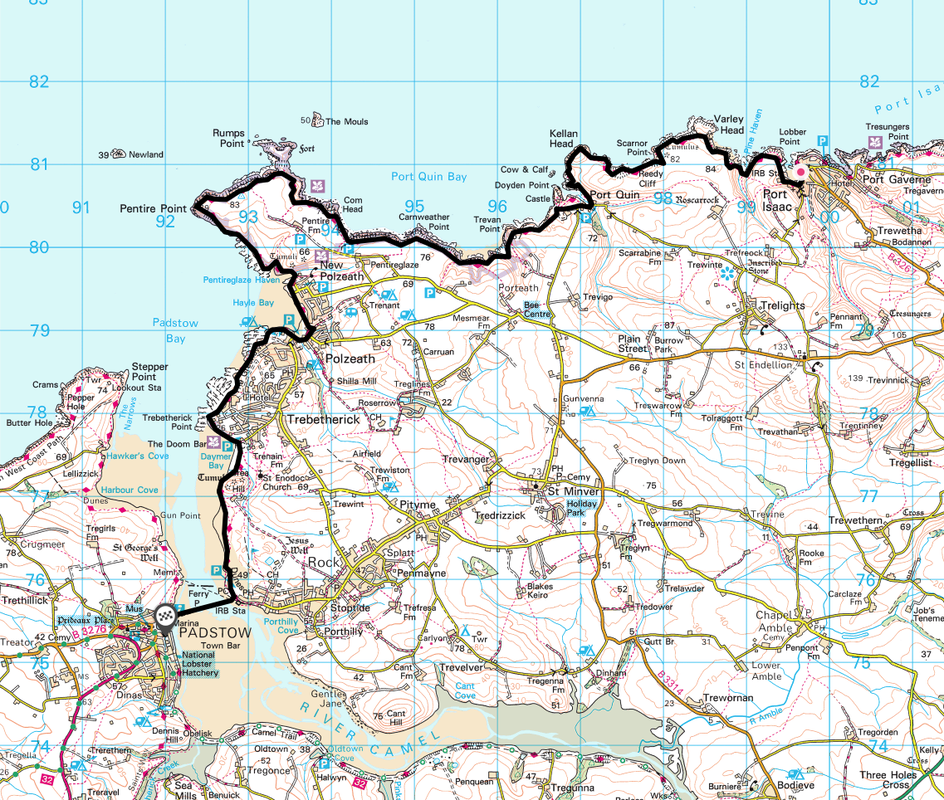 Breakfast at The Old School was a chaotic affair - poor old waitress was clearly overworked and under pressure. An eclectic mix of guests dined and we were the only Brits and we noticed that 4 of the Austrian Party were in to - apparently, like us they were also off to Padstow. Leaving Port Isaac we were greeted by overcast skies but this would improve later. For the first few miles we walked in the wake of the 16 strong Austrian female party who we eventually passed at Port Quin.

One thing we did notice throughout the walk is that when people see you walking along the path with large rucksacks and a cute dog in tow is that they want to chat - we spent many happy times actually talking to people - something in society that seems to be disappearing. So it was at Rumps where we got chatting to 4 people from London who were extremely interested in what we were doing - really nice people. Rumps and Pentire Point were just stunning.

Next stop was Polzeath - again very busy and it was here the weather brightened up and stayed sunny until Padstow. Reaching the ferry point at Rock we just managed to miss the boat however we sat in the sun for half an hour and waited for the next one to take us to Padstow. There is no getting away from it - Padstow in our opinion is an assault on the senses. Way too busy, litter everywhere and just not our thing. One bonus here is that Angie replaced her sunglasses for the princely sum of £1.99 and we were also able to top up on supplies.

We wandered over to our B&B which was a short walk from the ferry and dropped our gear off before eating out at The Shipwrights on the harbour. Had a pleasant chat with the Austrian ladies before going back to our room - to say it was small was an understatement. Poor old Fudge's bed was housed in the fire grate - at least we were able to turn on all amenities (including the shower) from the comfort of the bed. No toilet in the room - more about that tomorrow!​ 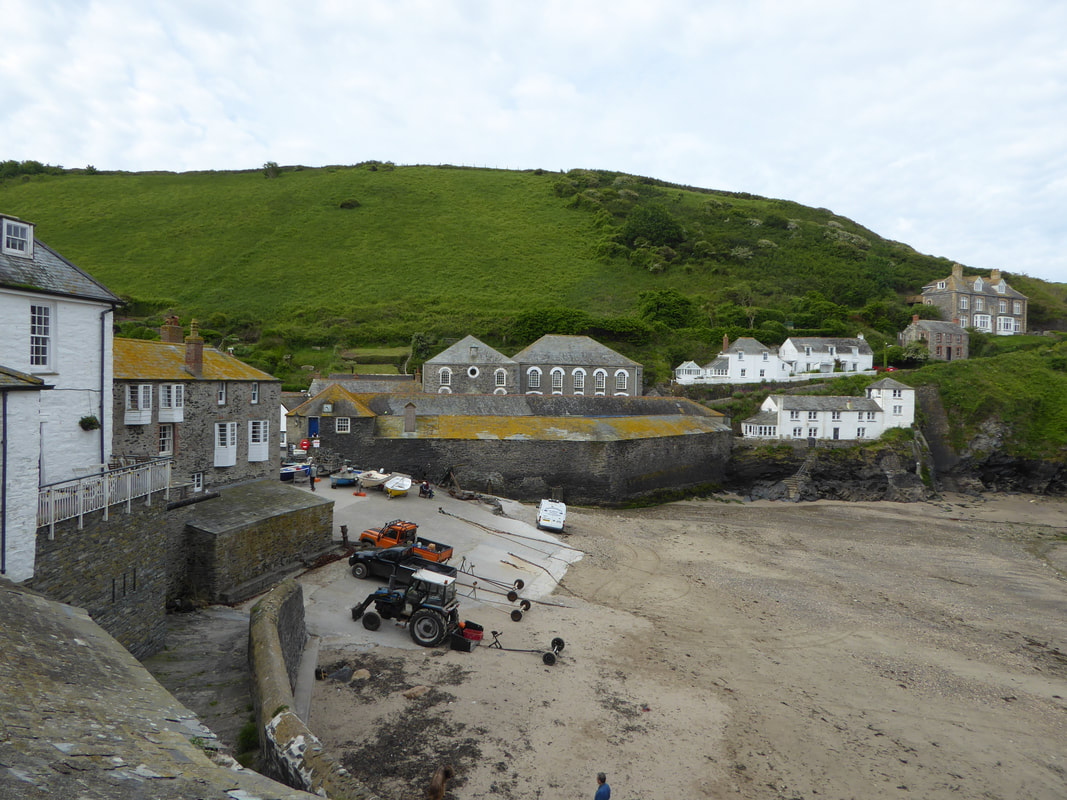 The harbour at Port Isaac 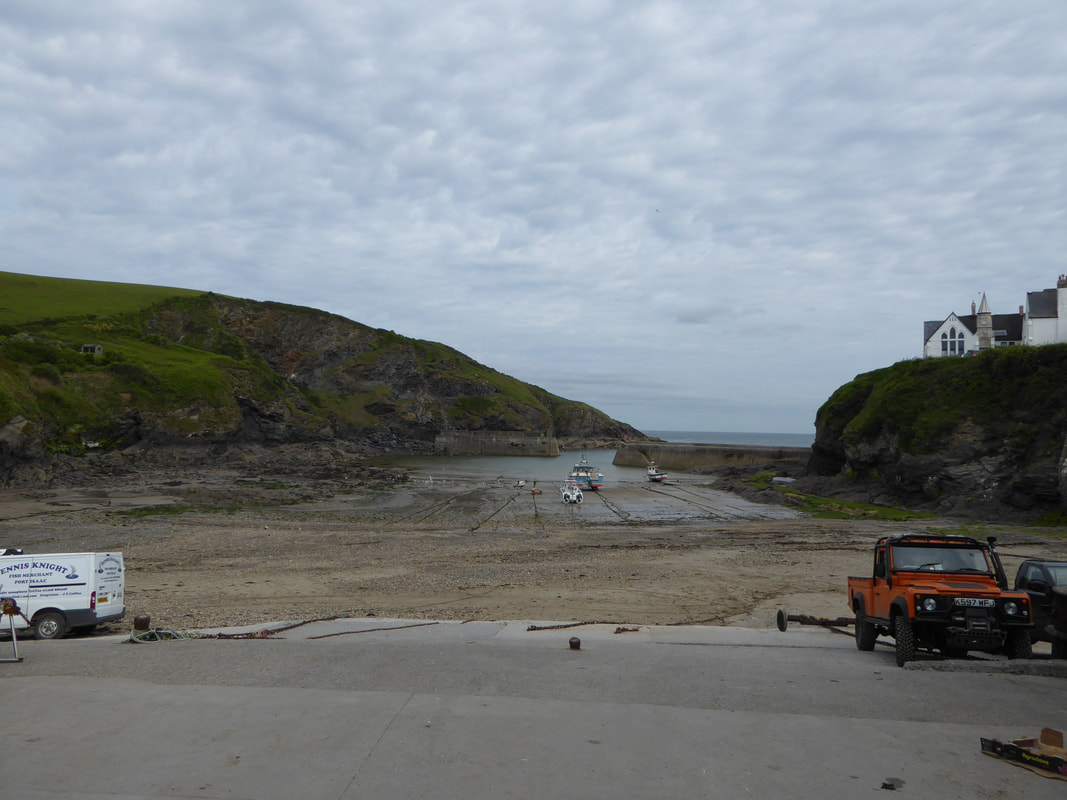 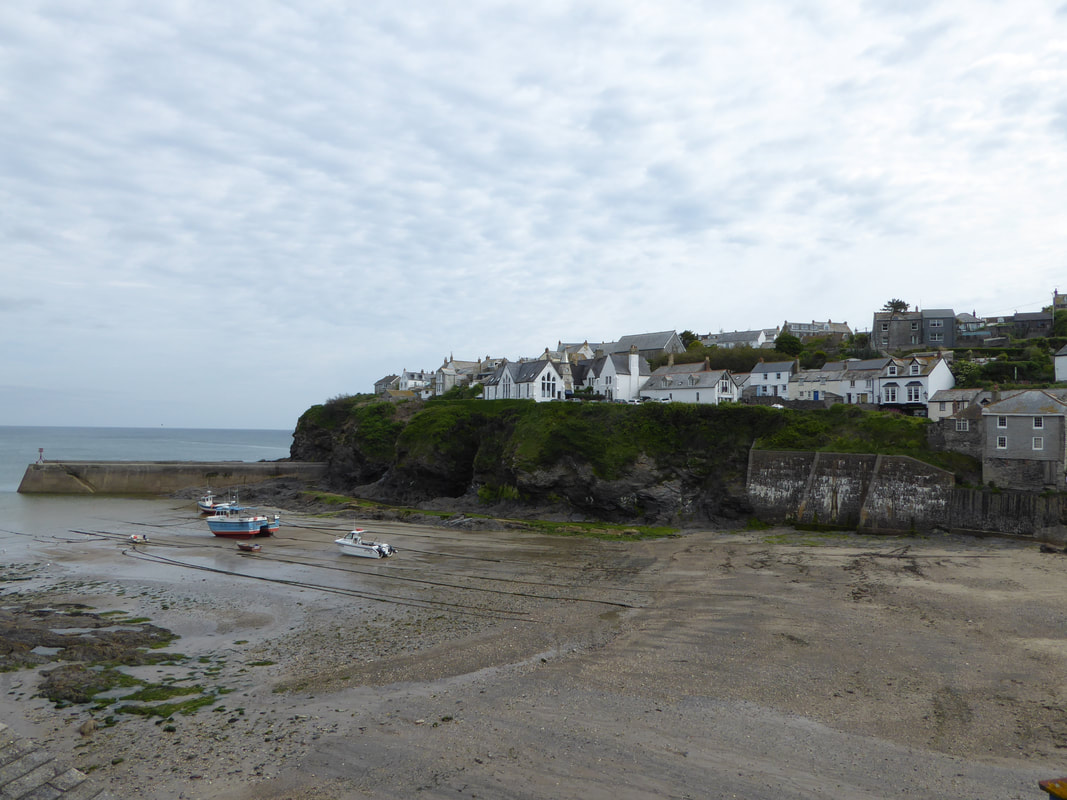 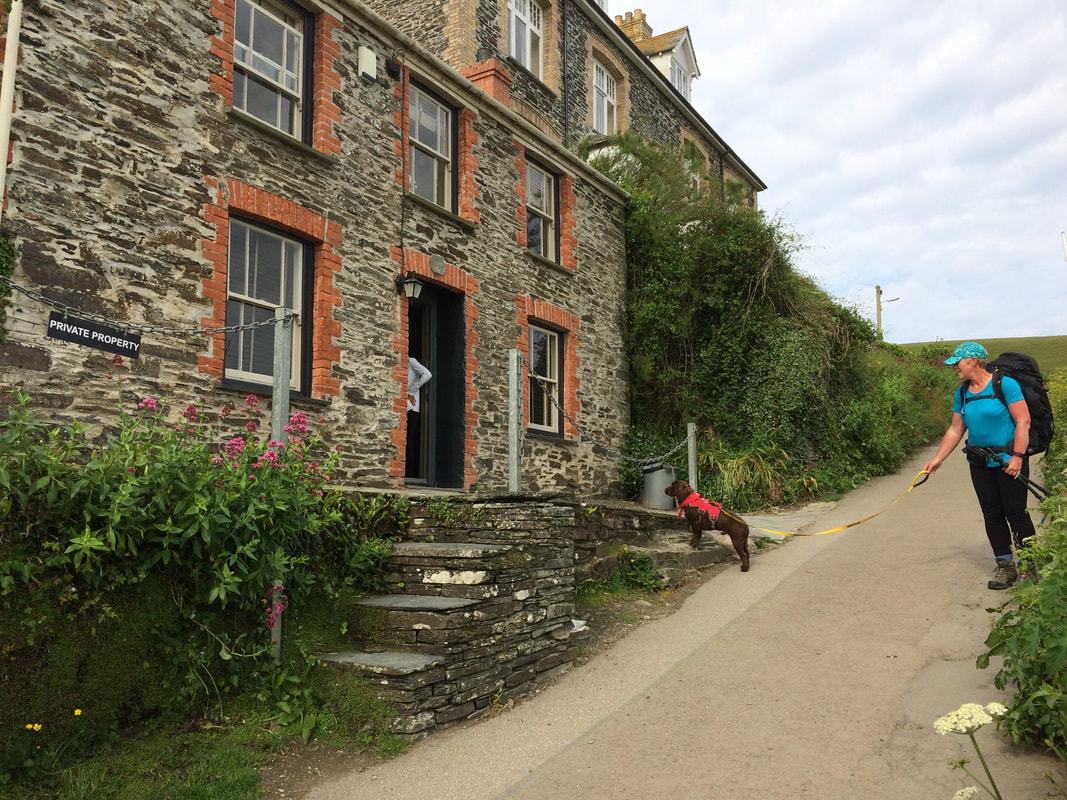 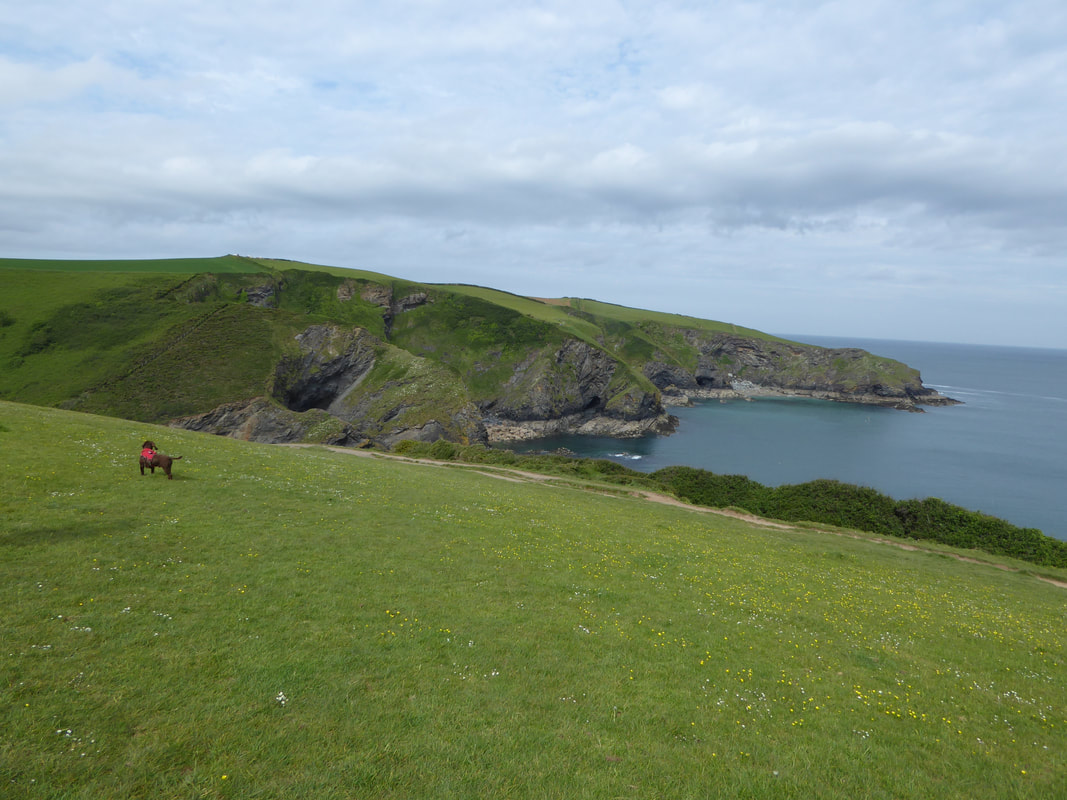 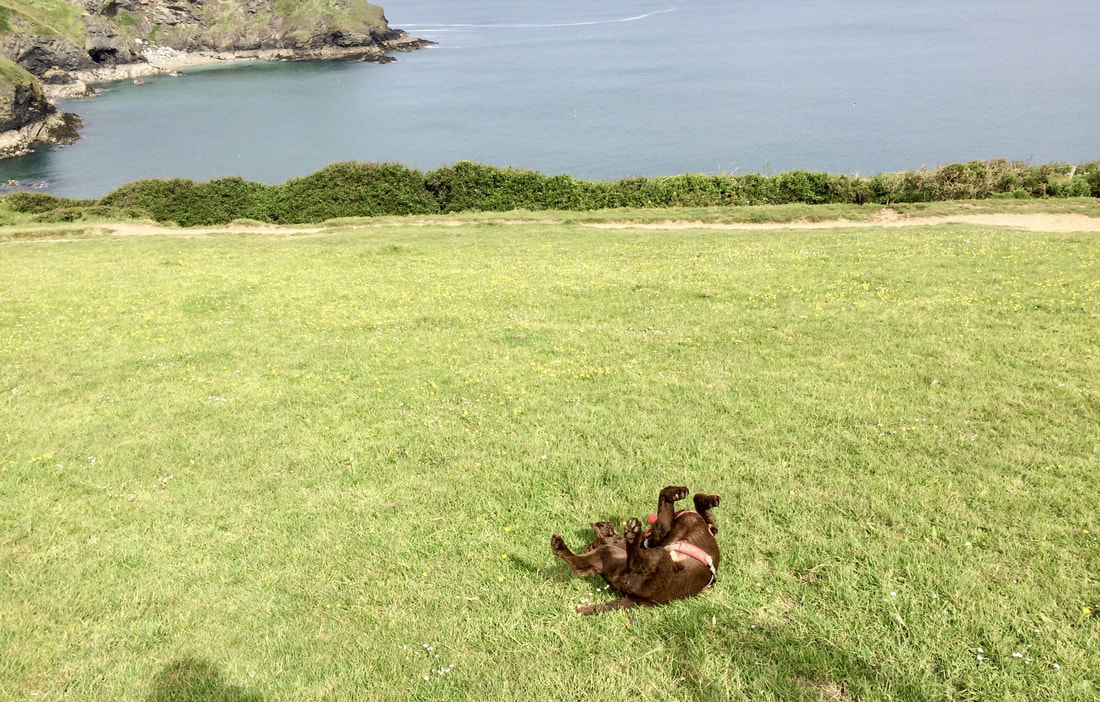 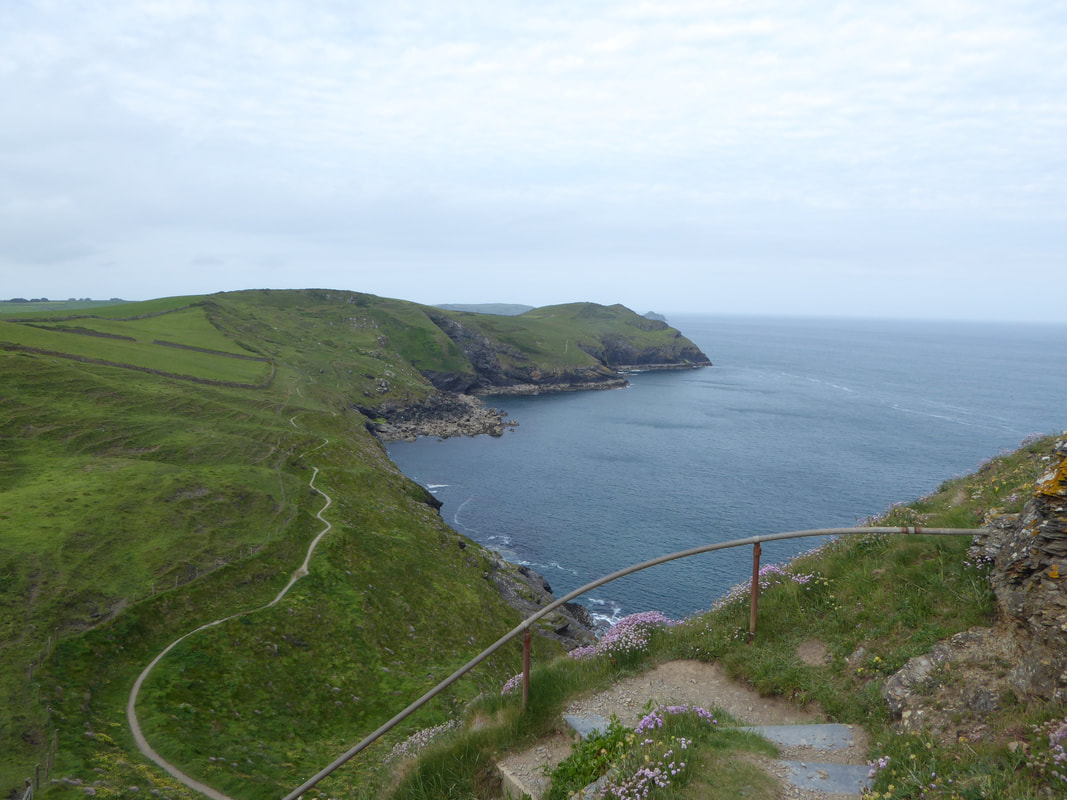 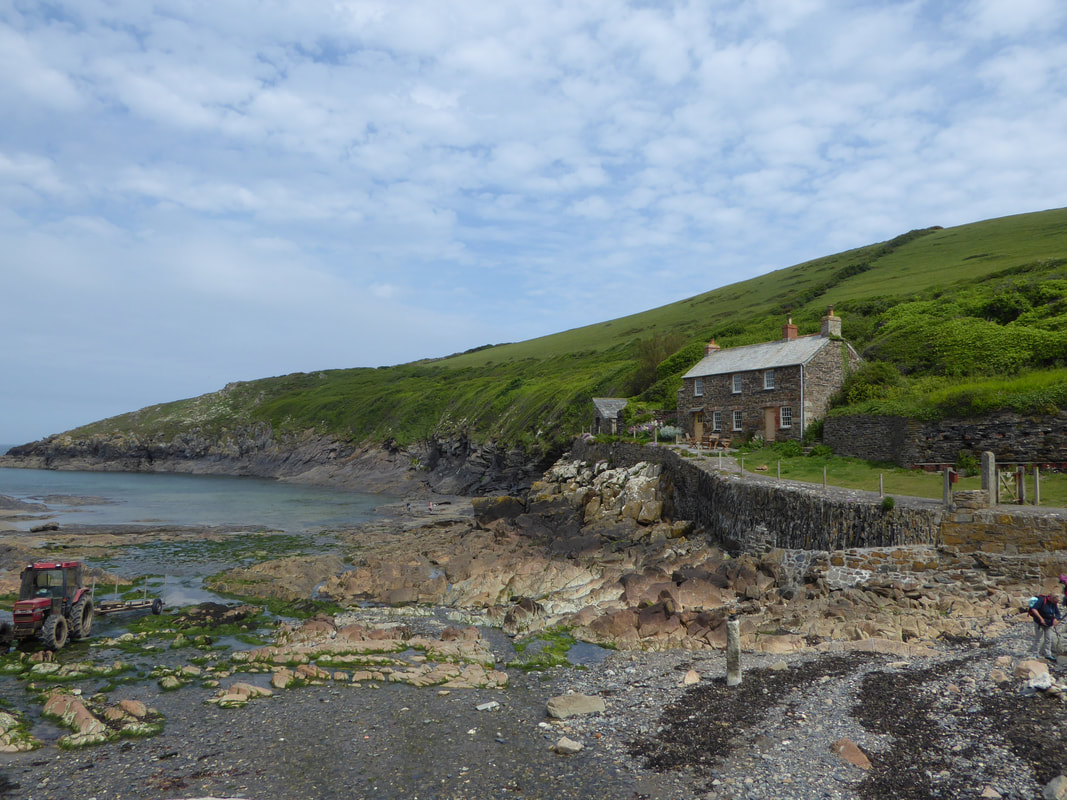 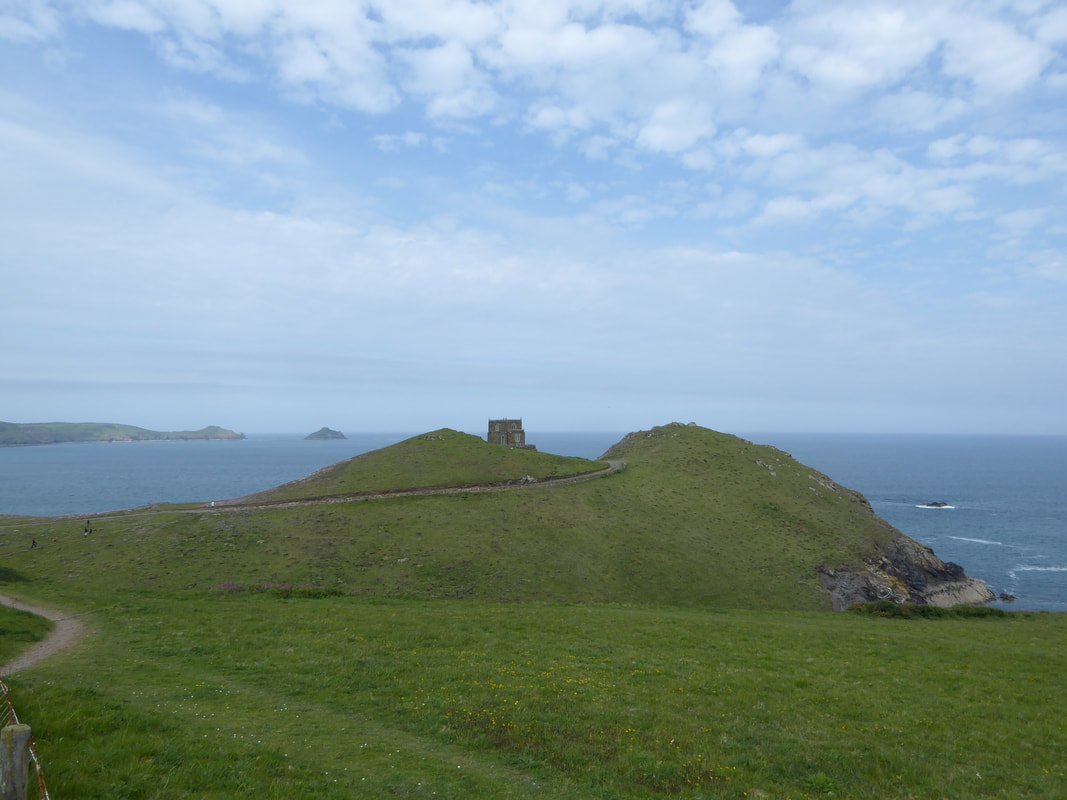 The panoramic view stretching out towards The Rumps 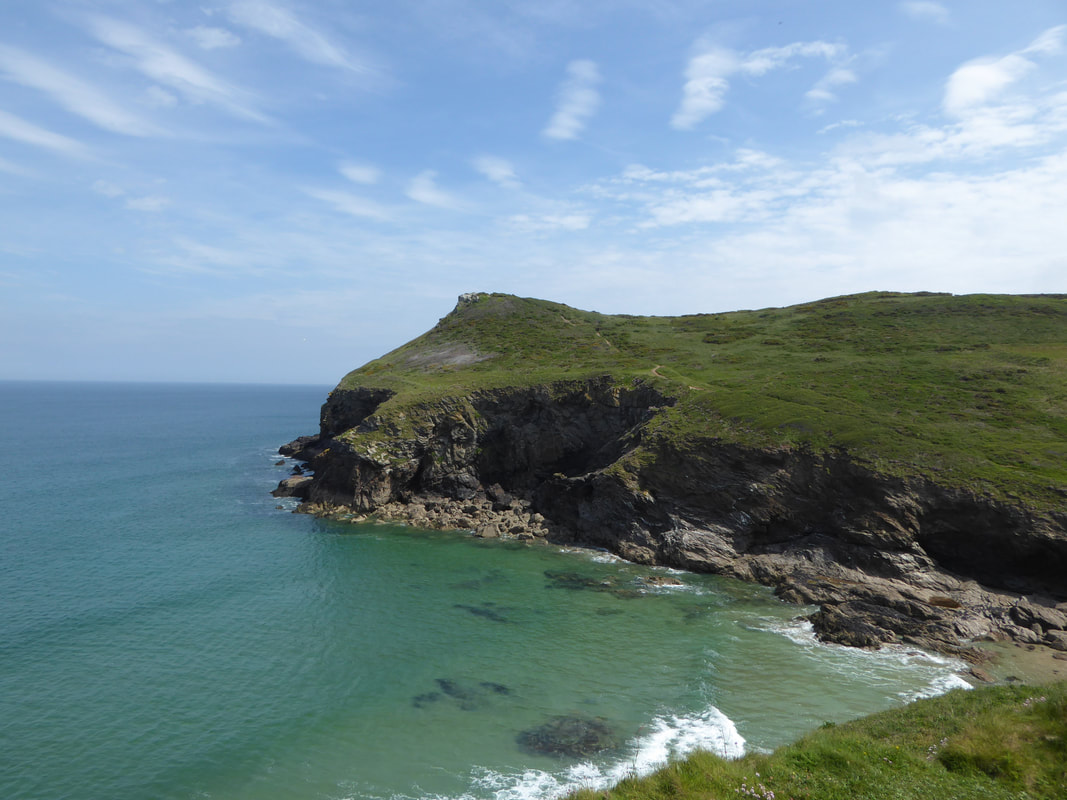 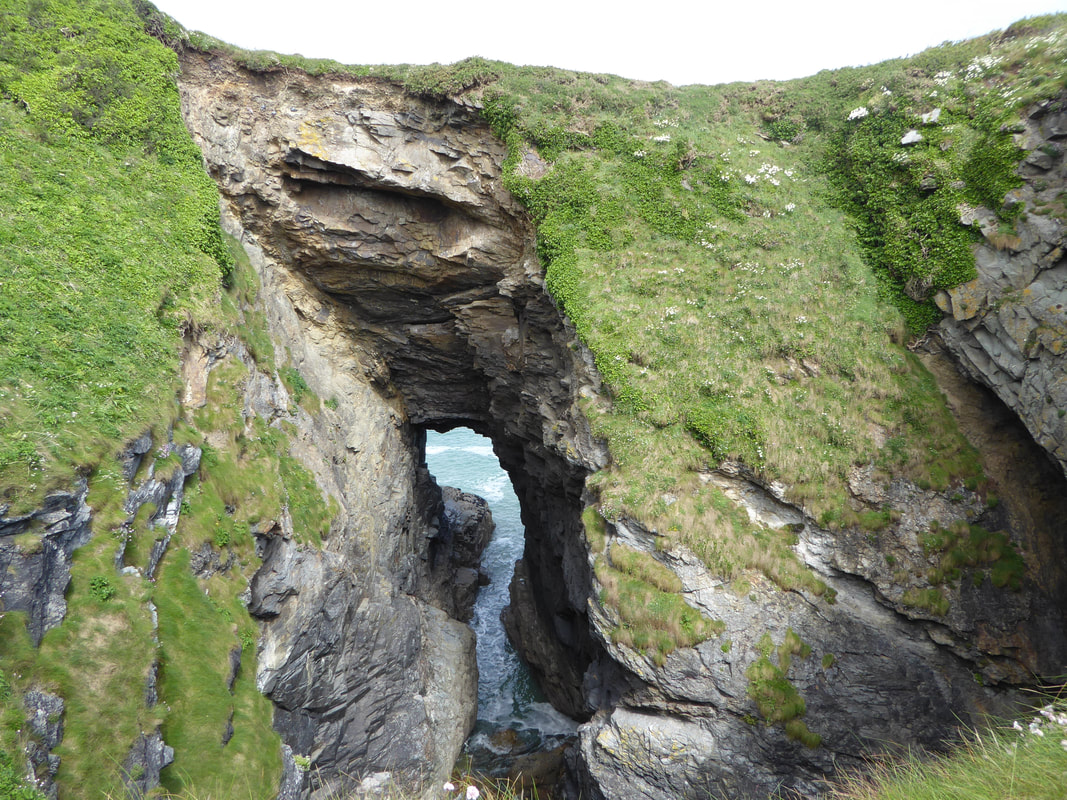 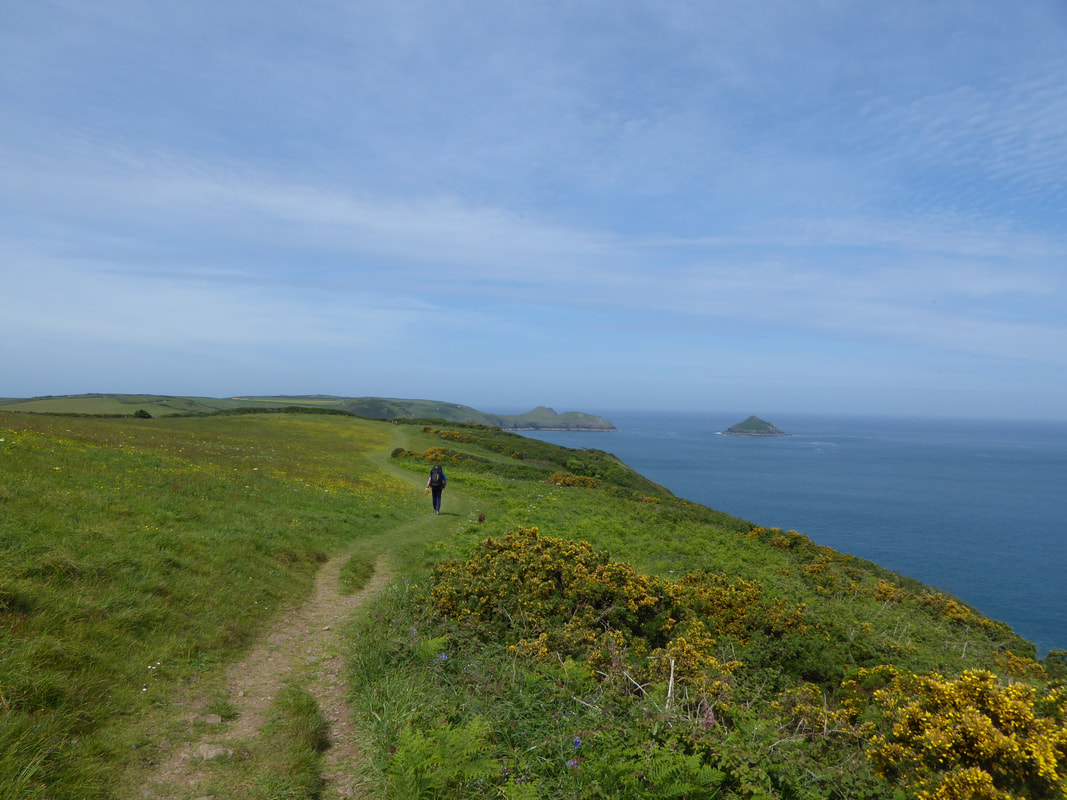 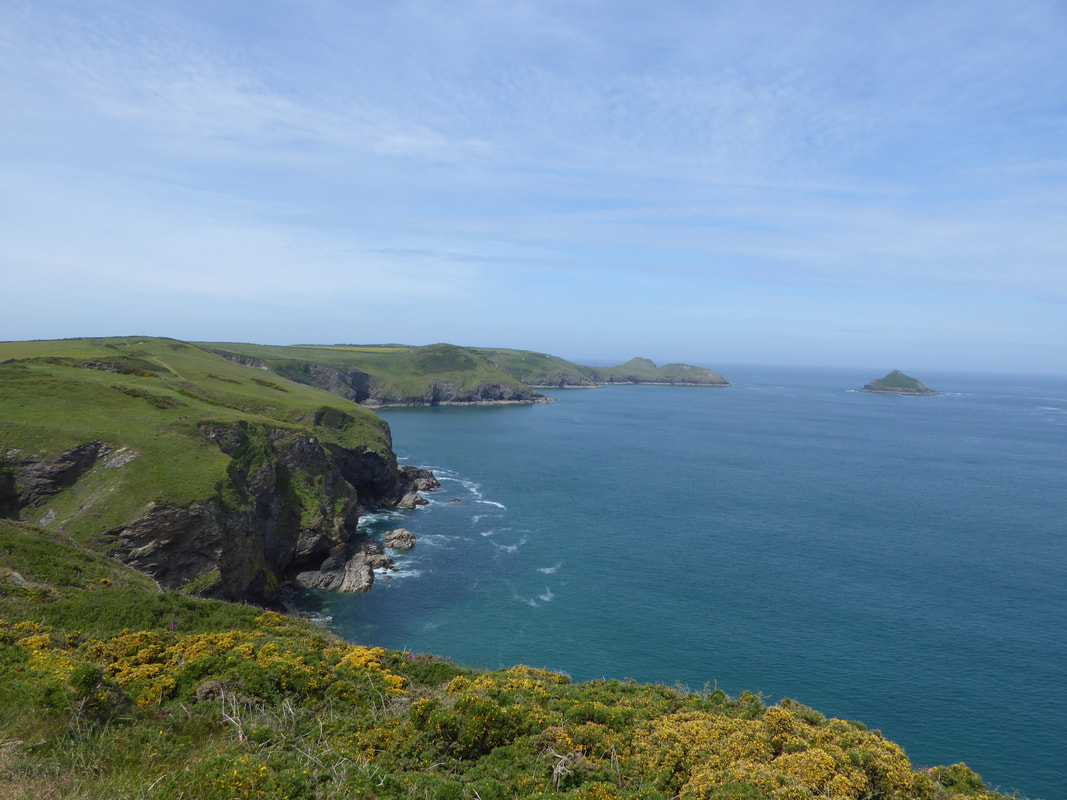 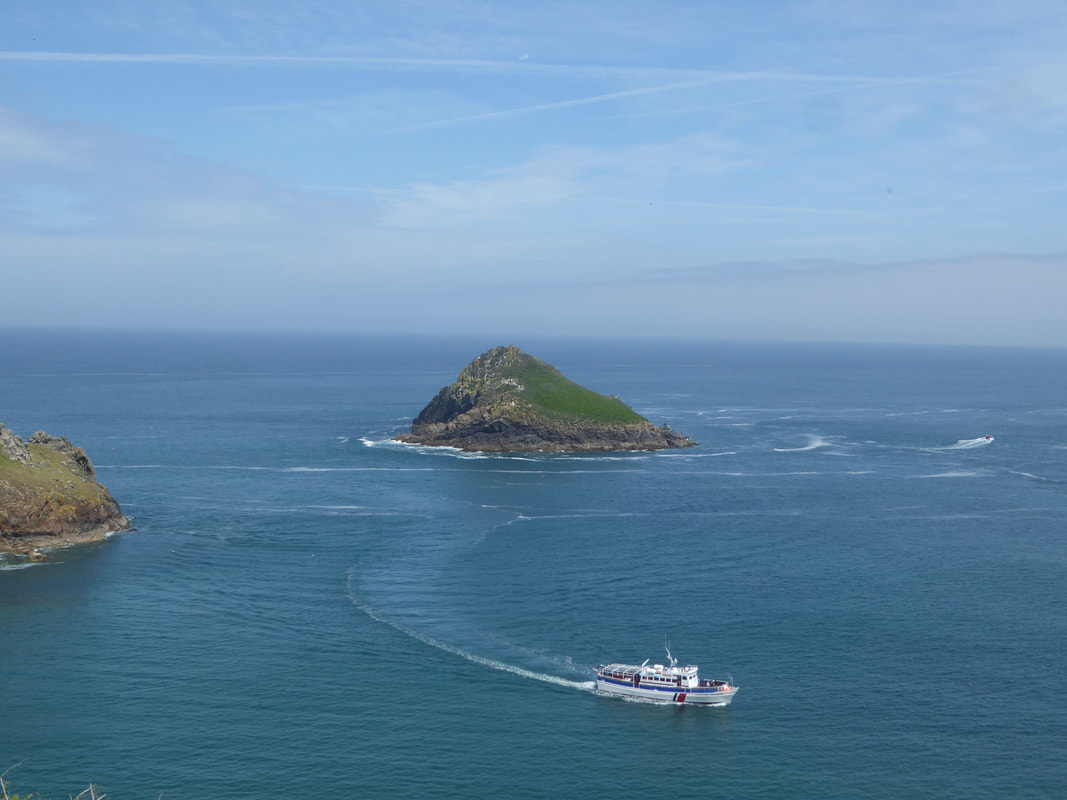 The Mouls and The Jubilee Queen which is based in Padstow 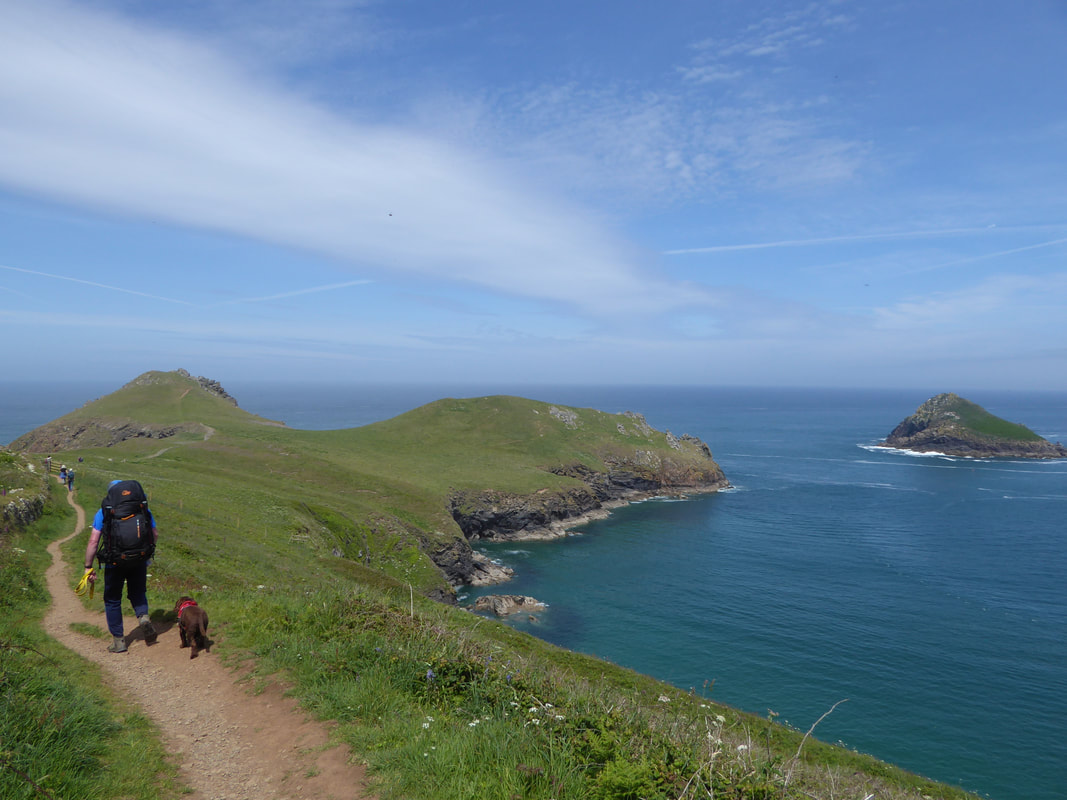 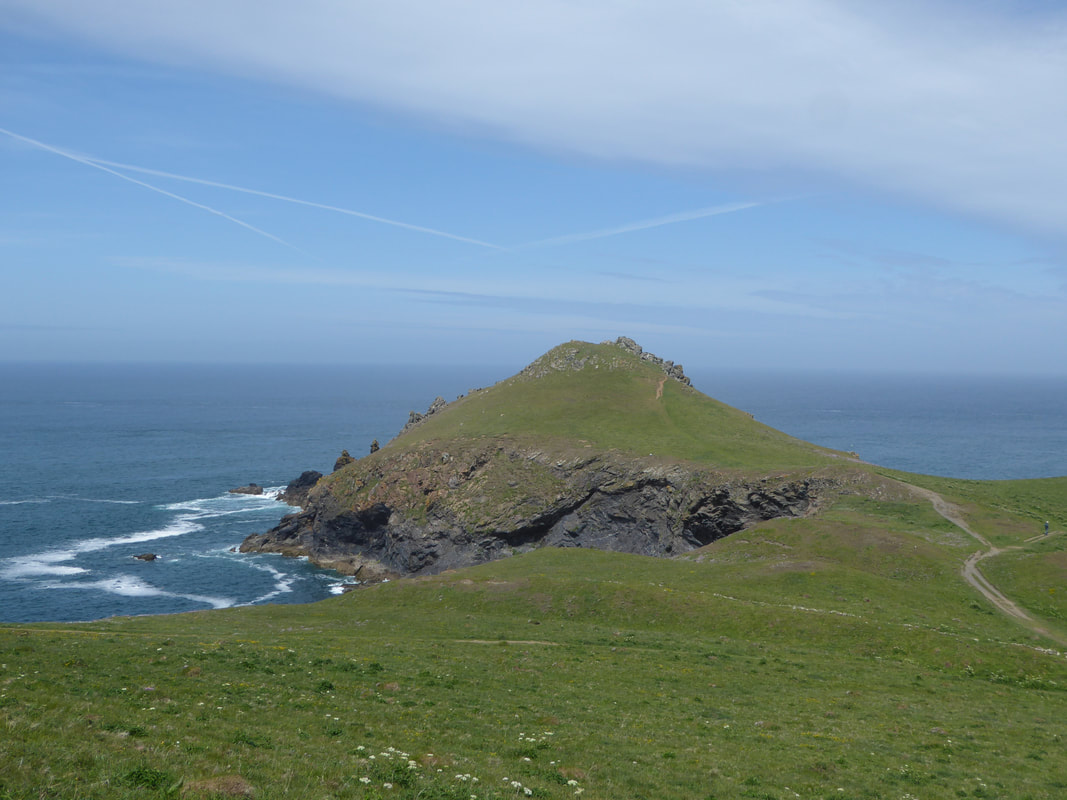 The Rumps from the west 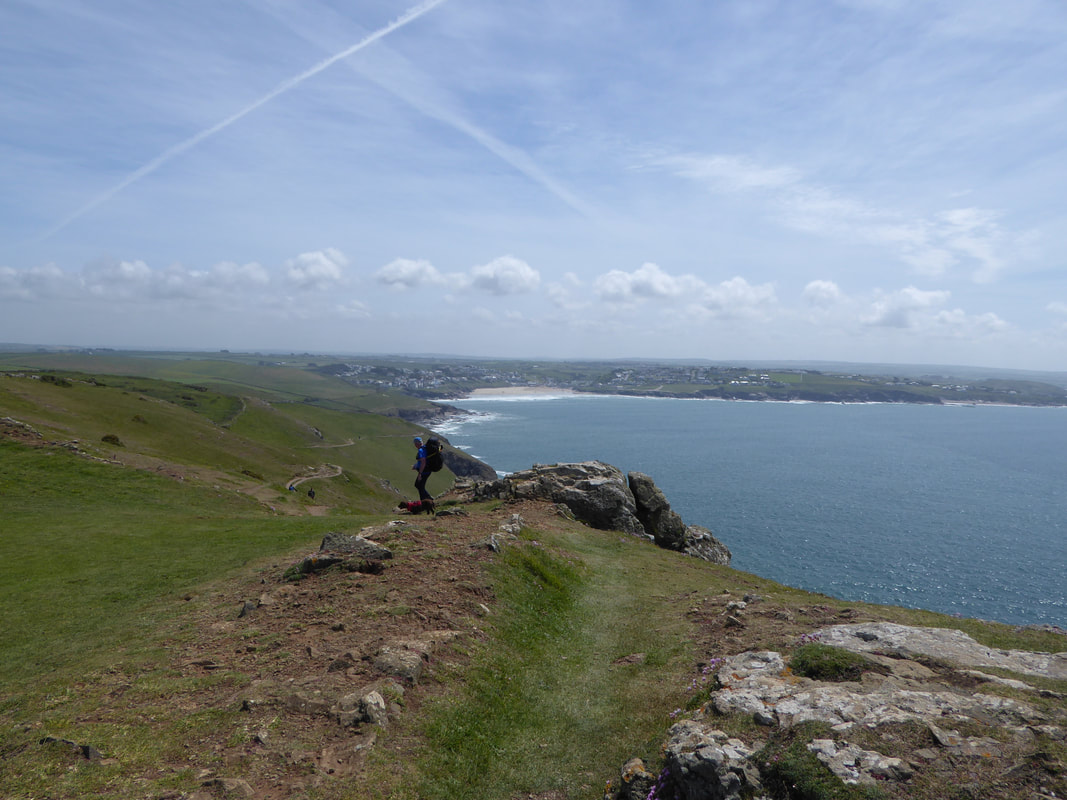 Looking to Polzeath from Pentire Point 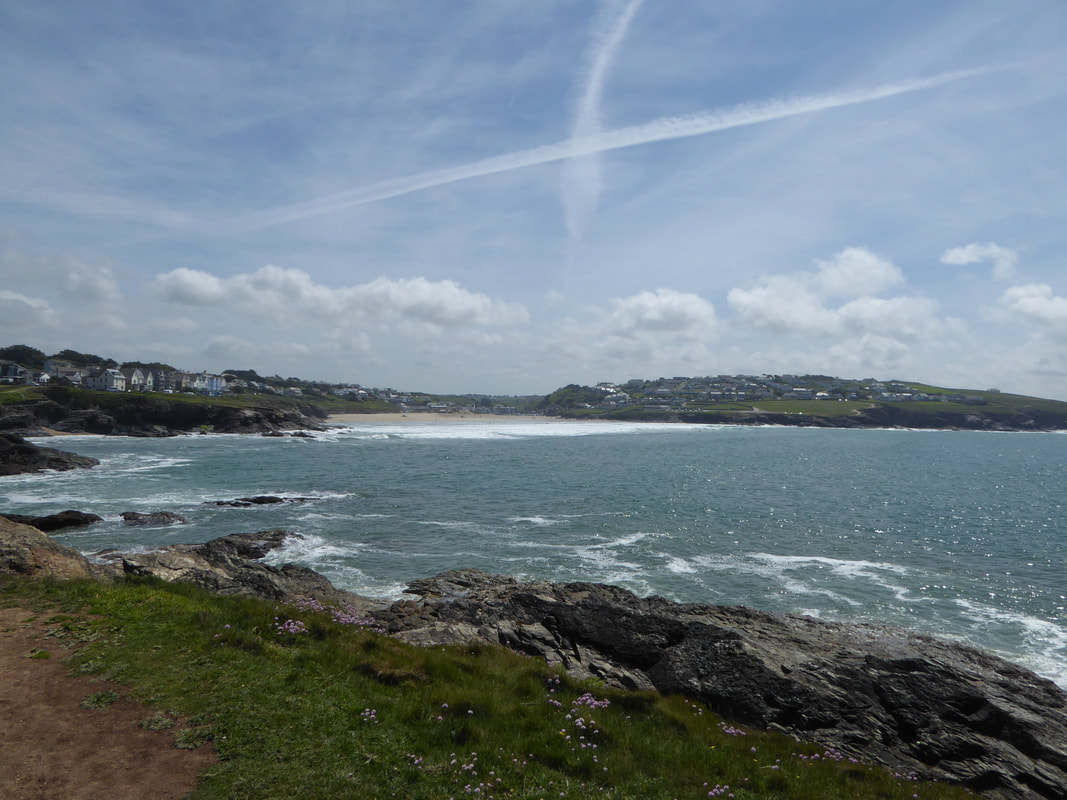 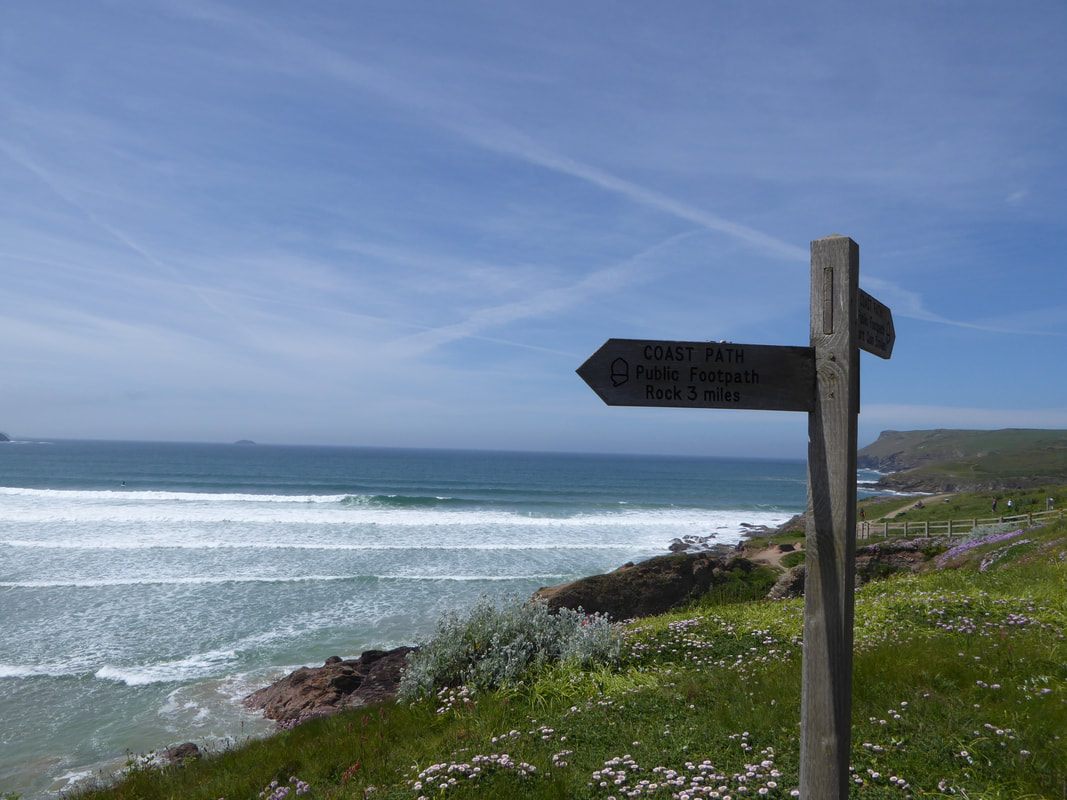 .. and a very pleasant 3 miles it was too 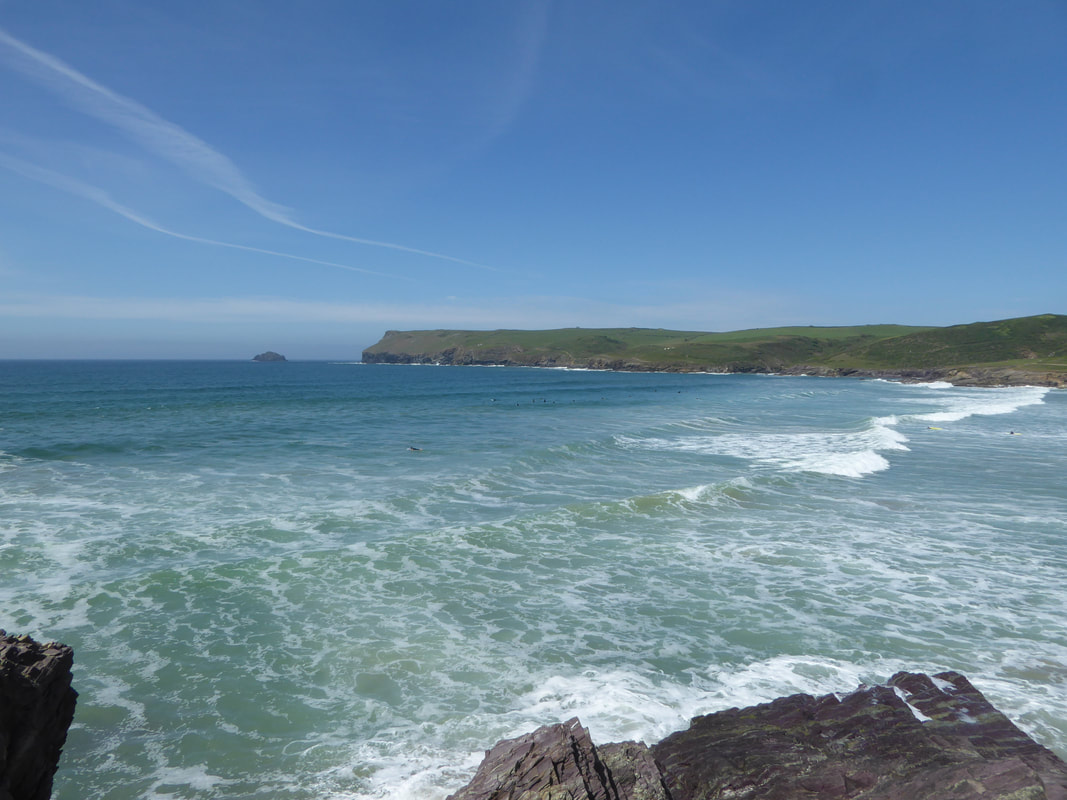 Looking back to Pentire Point & The Mouls from Polzeath 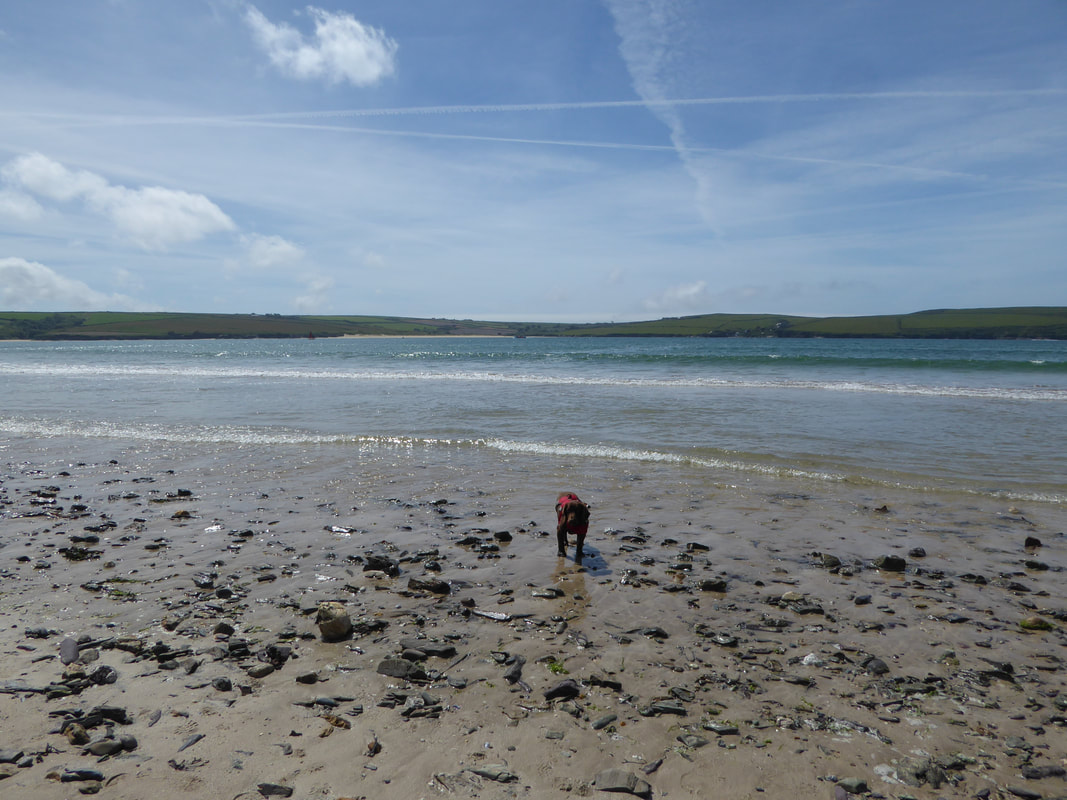 Another cooling down session for Fudge in Daymer Bay 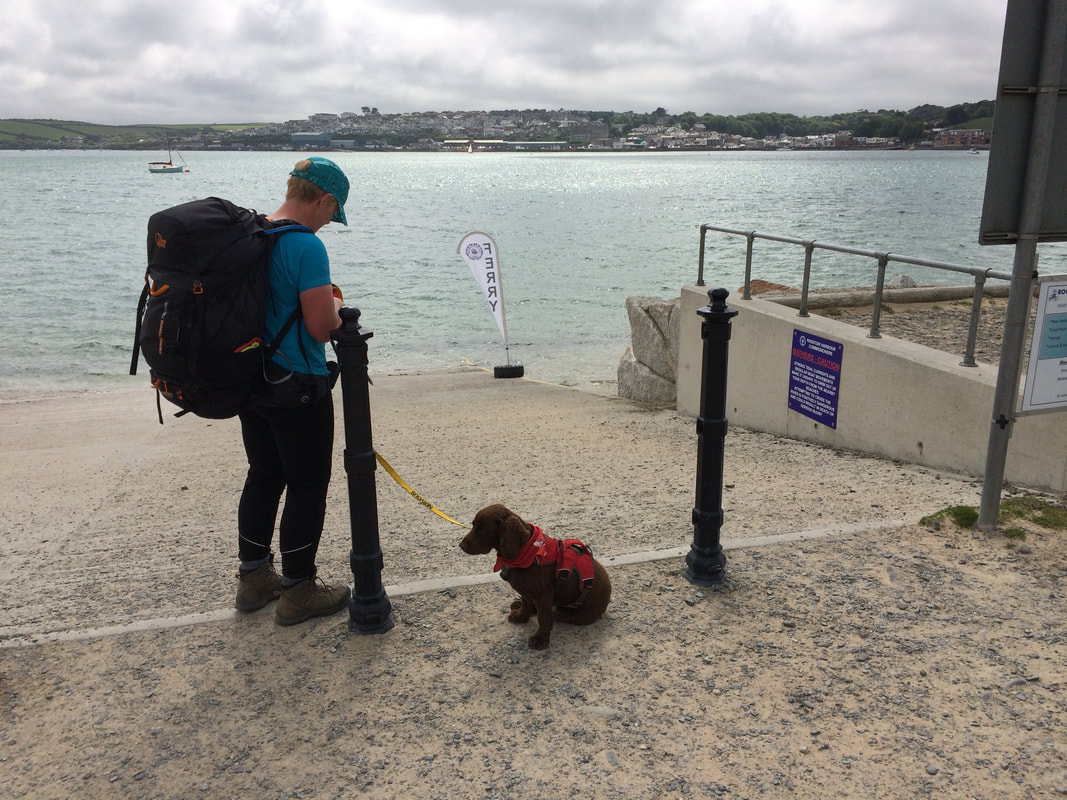 Angie keeps in touch with the outside world at Rock - the buzzing metropolis of Padstow awaits.
​Fudge is in contemplative mood and is probably wondering how long it is until tea time
The ferry at Rock 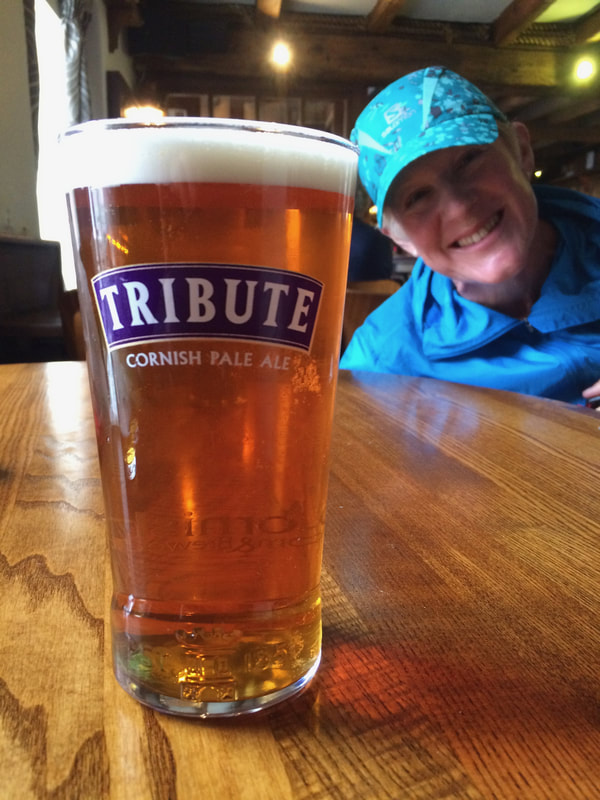 Yum, yum as we sample the local ale at The Shipwrights in Padstow 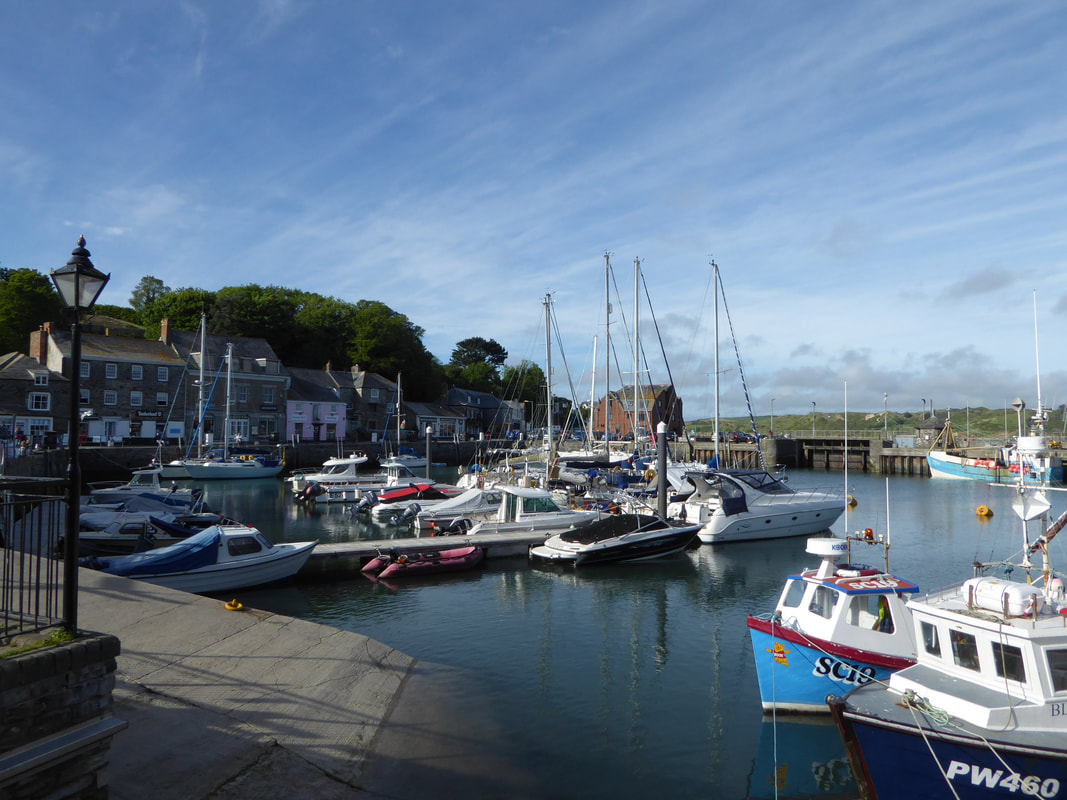 The Harbour at Padstow 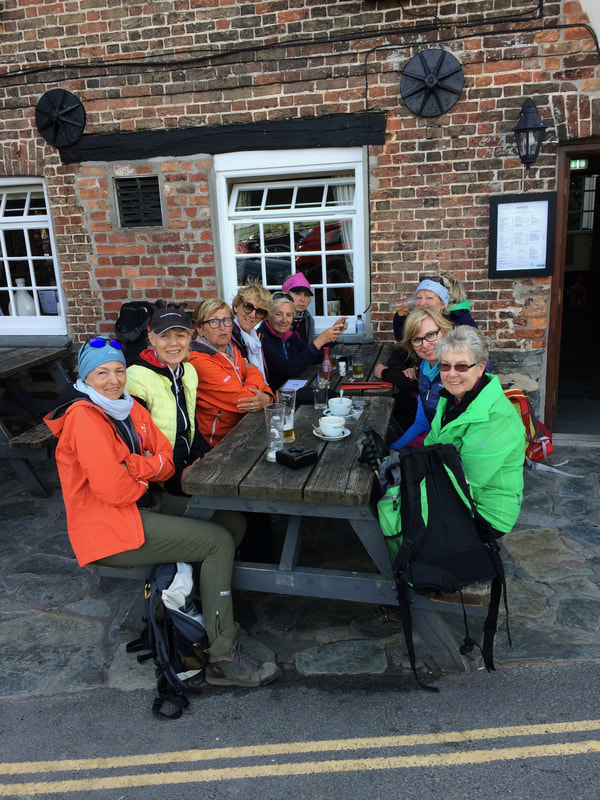