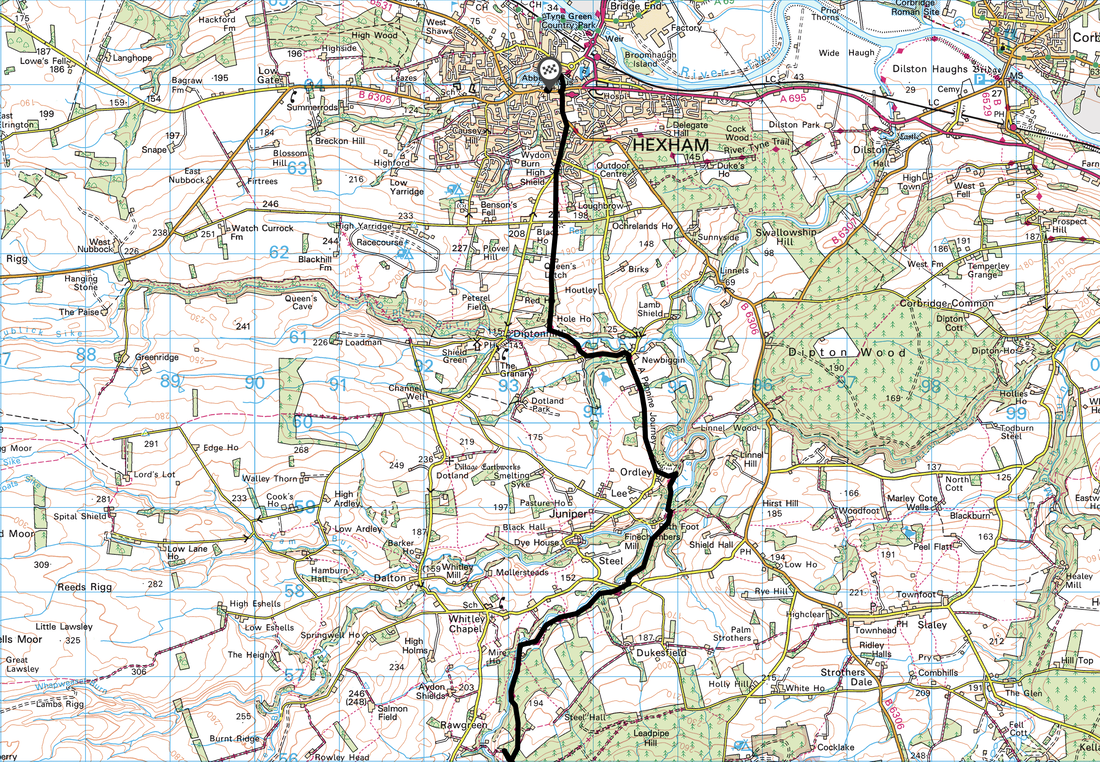 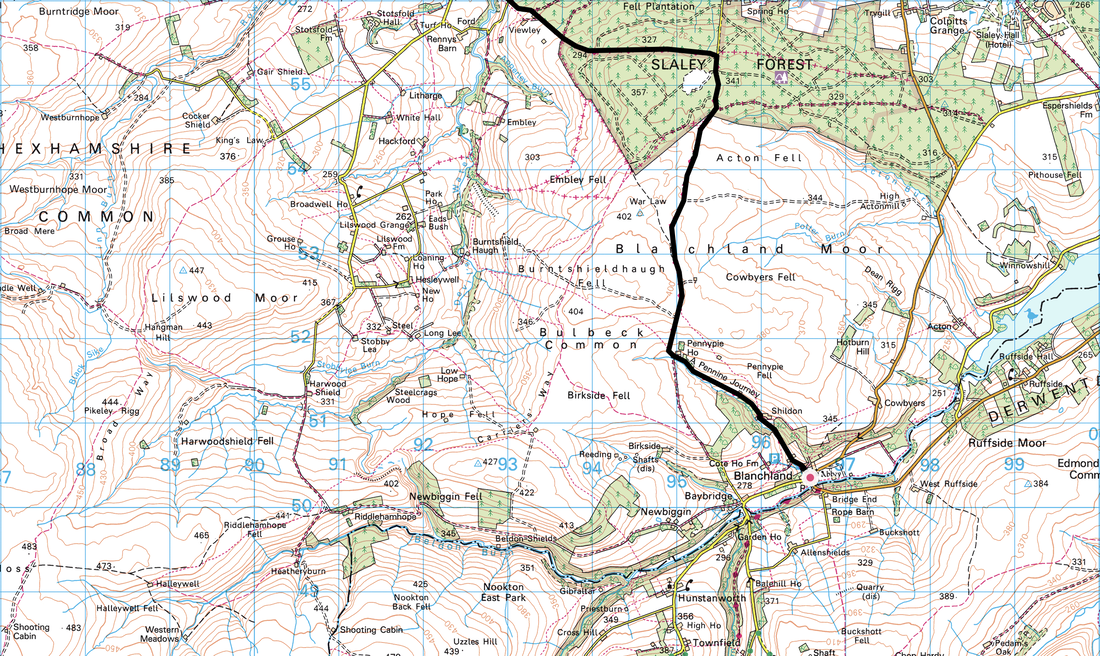 We felt our stay at The Punchbowl to be quite disappointing. Food & room were ok but Breakfast was delivered as though we were a bit of an inconvenience - never mind, it served its purpose. Had another chat with John from Trail Magic who arrived to collect our bag whilst we were having Breakfast. Caught the 1041 bus from Edmundbyers to Blanchland and purchased a bit of lunch from the Post Office before heading off.

The route today was mainly forest and moorland tracks as well as some road walking therefore we got our heads down and the miles ticked over nicely. Saw 2 walkers on the very arid Blanchland Moor and subsequently nobody else all day. Reaching the gated entrance to Slaley Forest we ambled along the forest tracks in the welcome shade and out the other side. From the forest edge the scenery was just lovely as we passed firstly the ruined arches at Dukesfield Smelt Mill and then meandered along Devils Water.

​From the cluster of buildings at Ordley the route headed along the minor road to Newbiggin then reverted back to open fields all the way to Hexham. After a quick post walk drink sat outside the swanky Beaumont Hotel we then settled into our B&B at Hexham Town and looked forward to our rest day tomorrow. Carpet picnic from Tesco and a very pleasant lazy night in topped off a fine days walking. 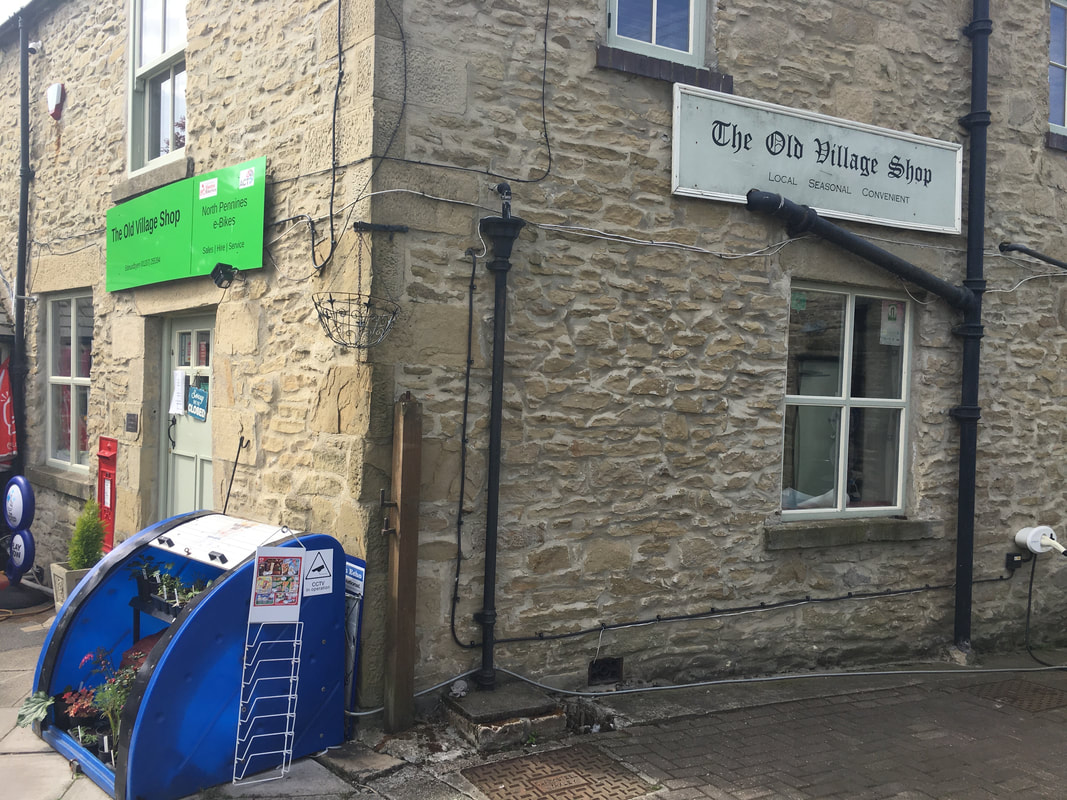 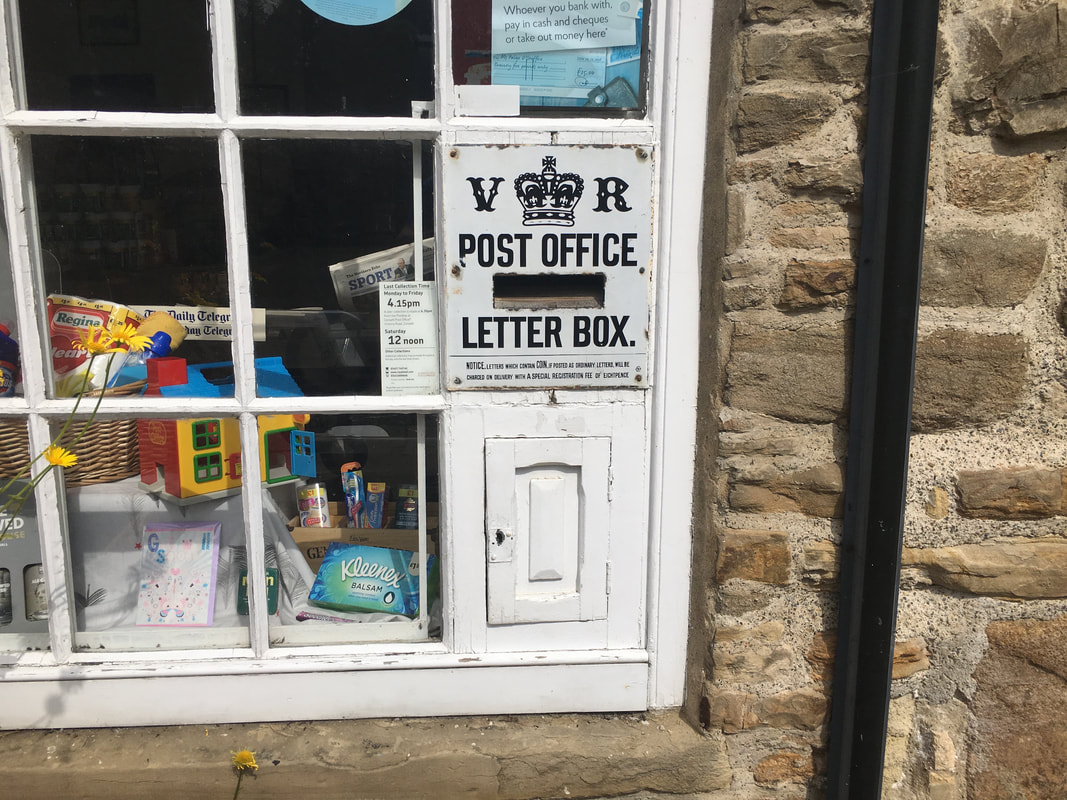 ...... however we knew the Post Office in Blanchland would be open. 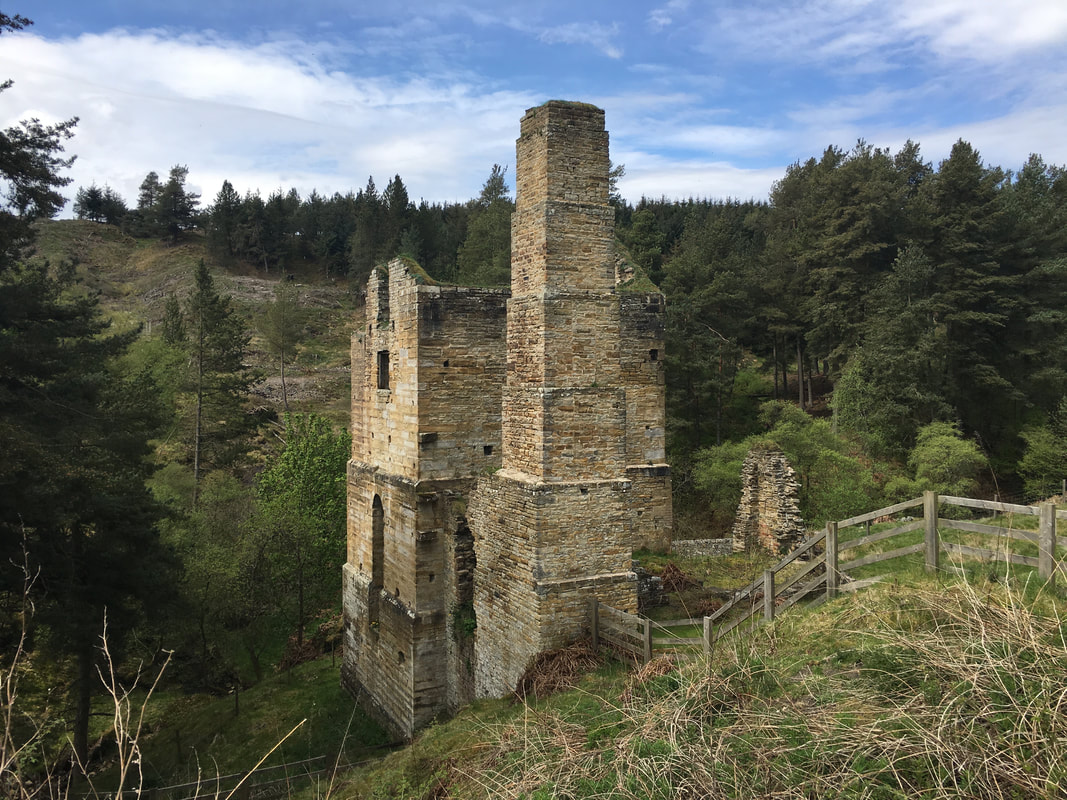 Shildon Engine House was built around 1805 to house a Cornish pumping engine, which kept the network of lead mines operating underneath from flooding. Towards the end of its industrial life in the 1840s, an enormous steam engine was installed in a final attempt to keep the mines dry enough to work. Following decommissioning, the engine house was converted to a series of flats for mining families. It was finally abandoned around 100 years ago and has been derelict ever since. 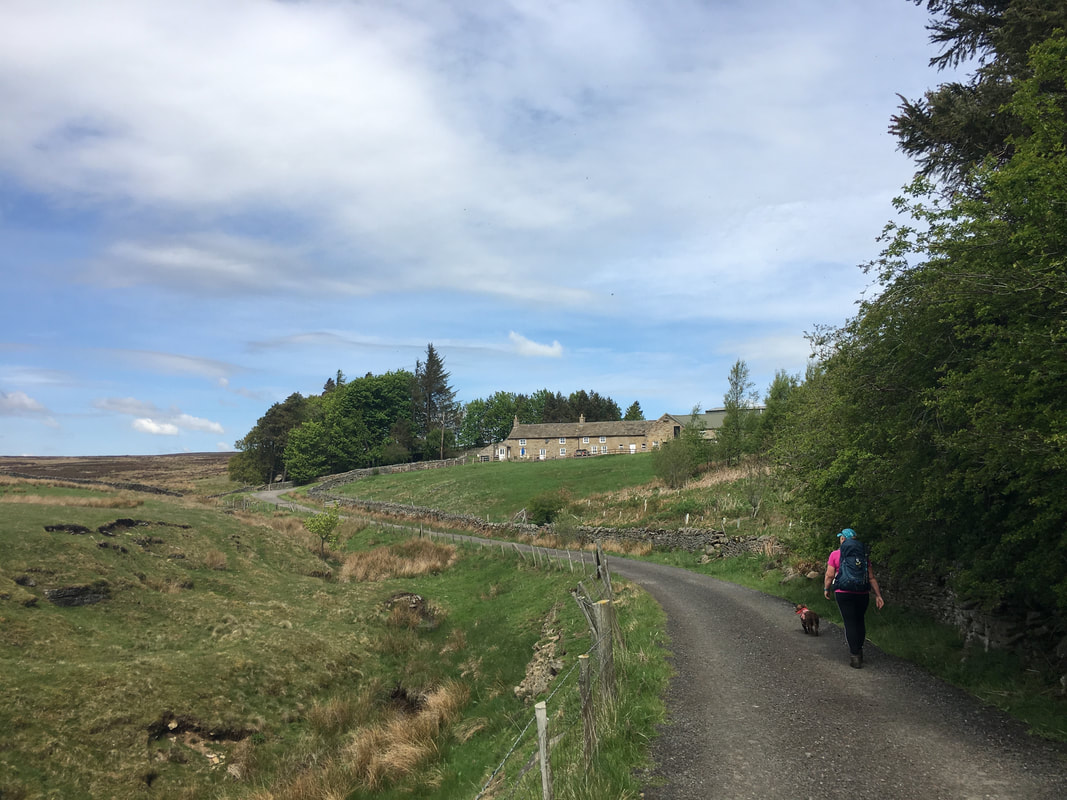 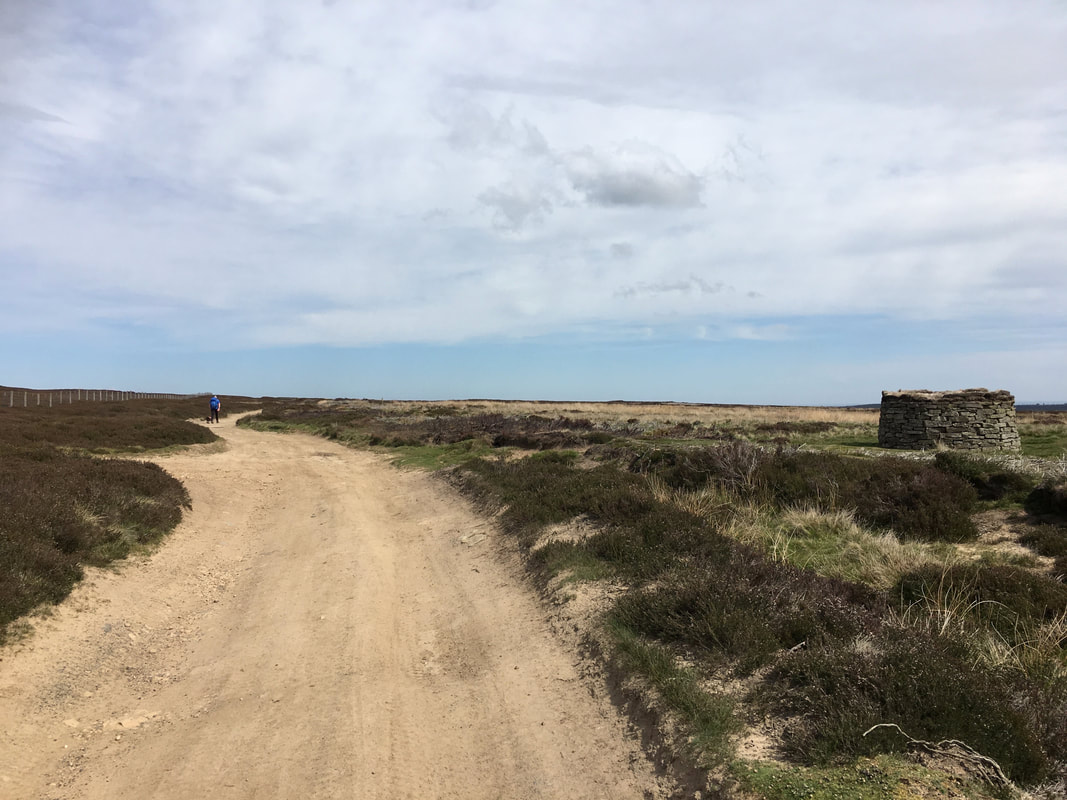 Once past Pennypie House the walk entered Blanchland Moor which is nesting bird country.
Whilst we know that Fudge will keep to the path, on the lead he went. 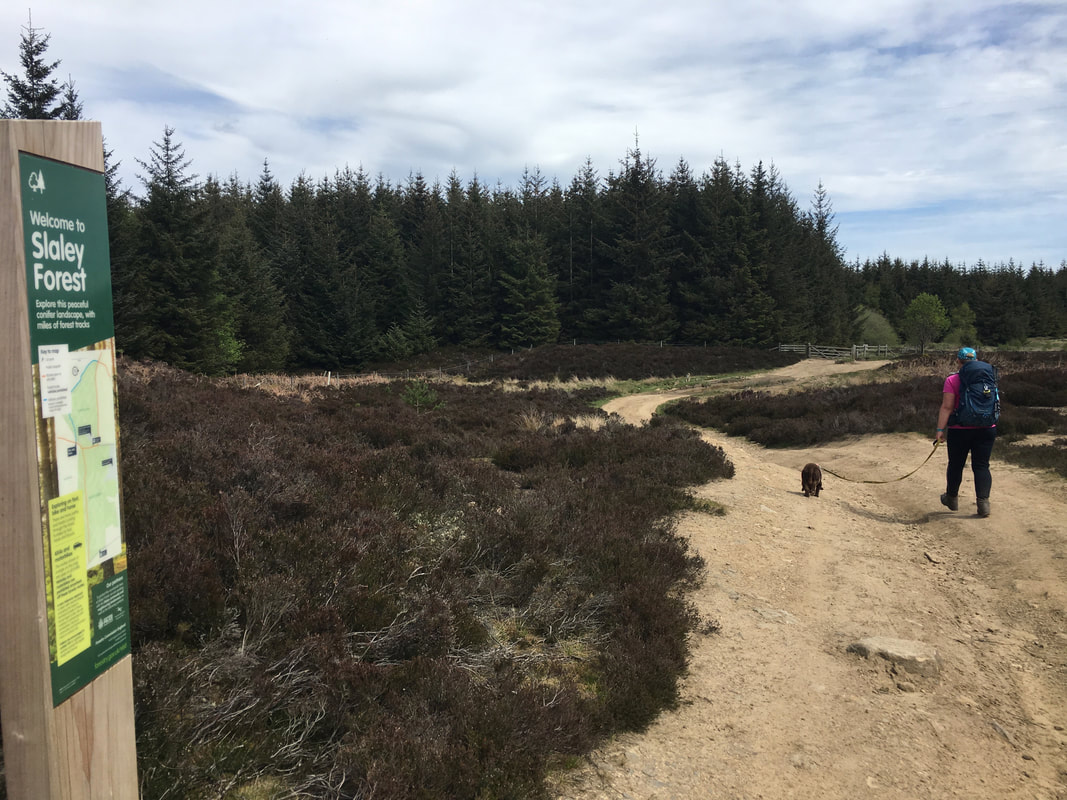 The long flat transit lead to the edge of Slaley Forest 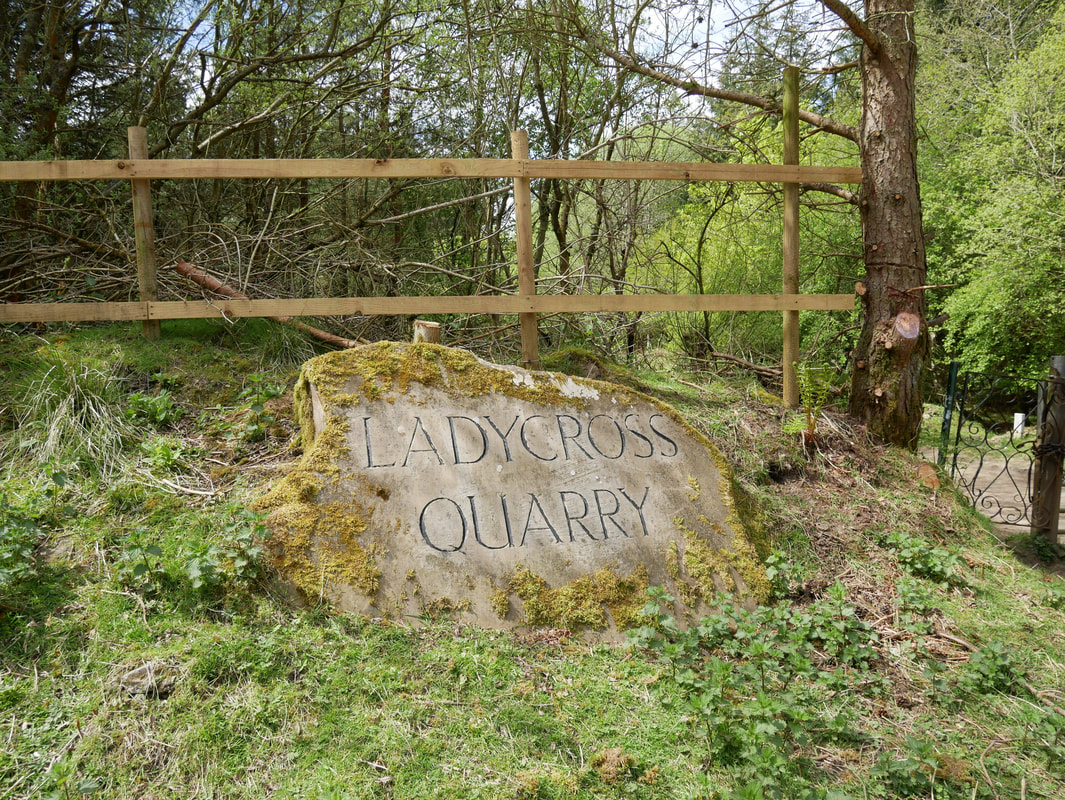 Ladycross Stone is a sedimentary sandstone, soft enough to be worked when first quarried but then starts to harden making it very durable. This durability is what makes organisations like English Heritage recommend Ladycross Stone for listed buildings in many parts of Britain. Ladycross Stone has been quarried by hand at Ladycross Quarry for at least 300 years (no explosives are used) and is one of the few remaining quarries where stone is won by hammer and wedge. Anyway, moving on.............. 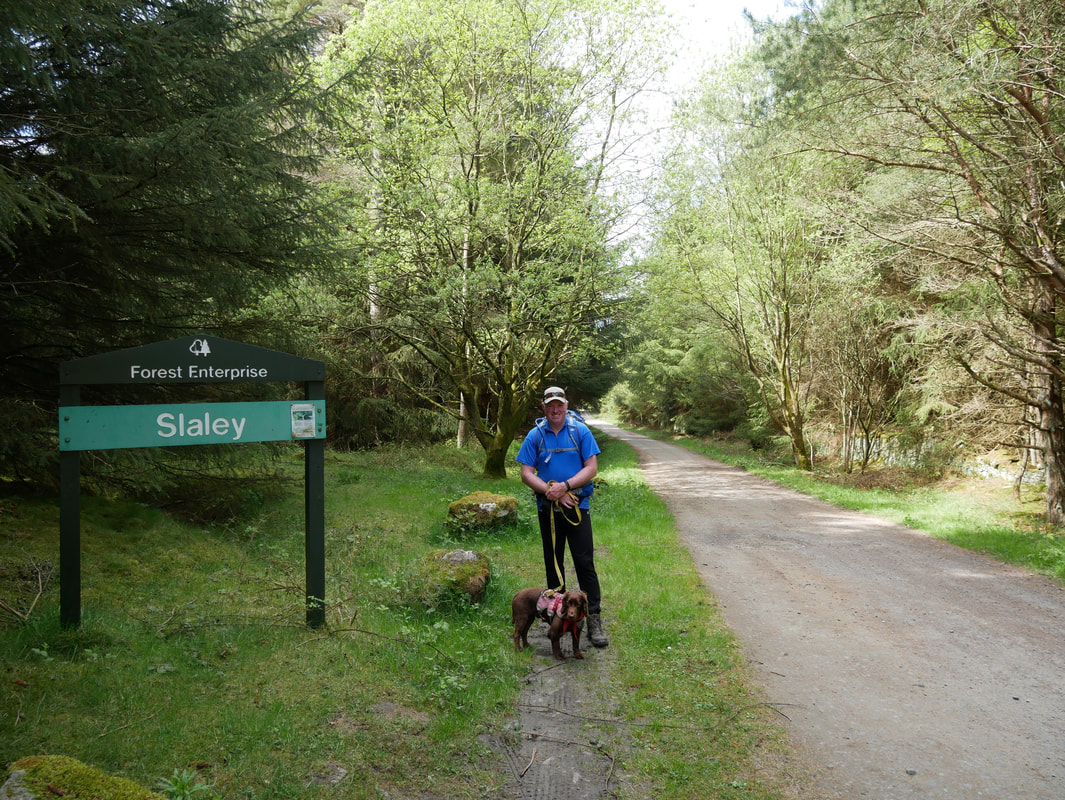 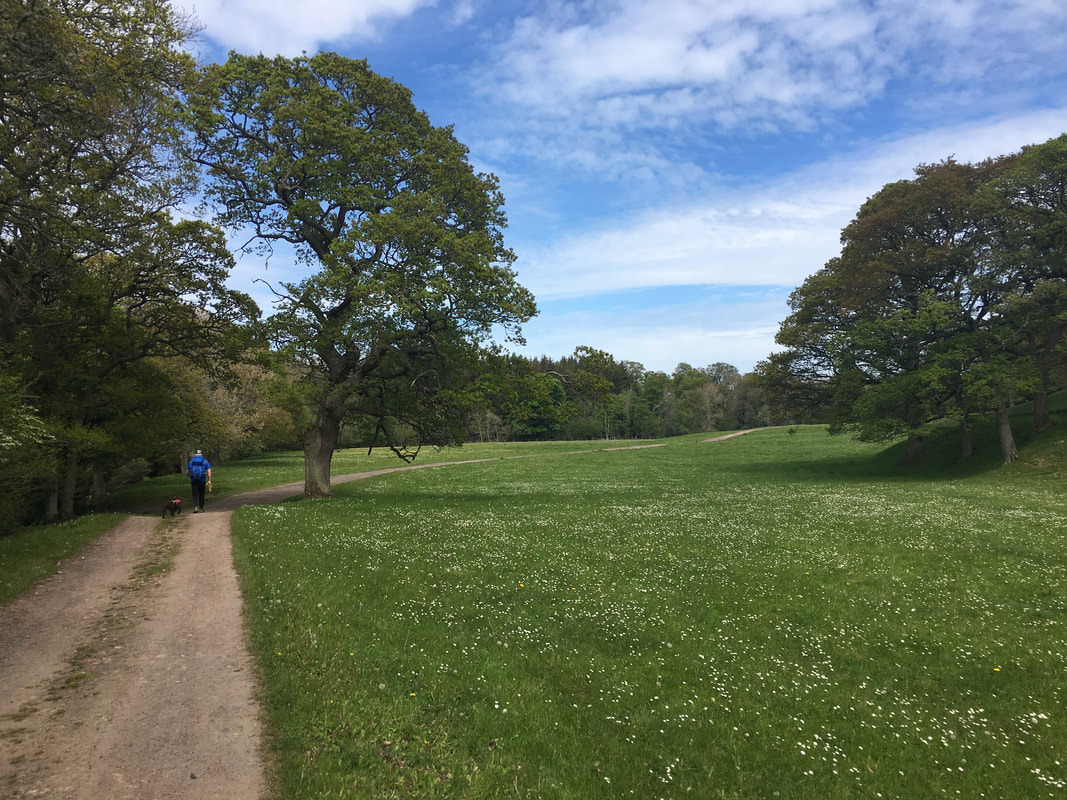 This was a lovely section of the walk near Redlead Mill 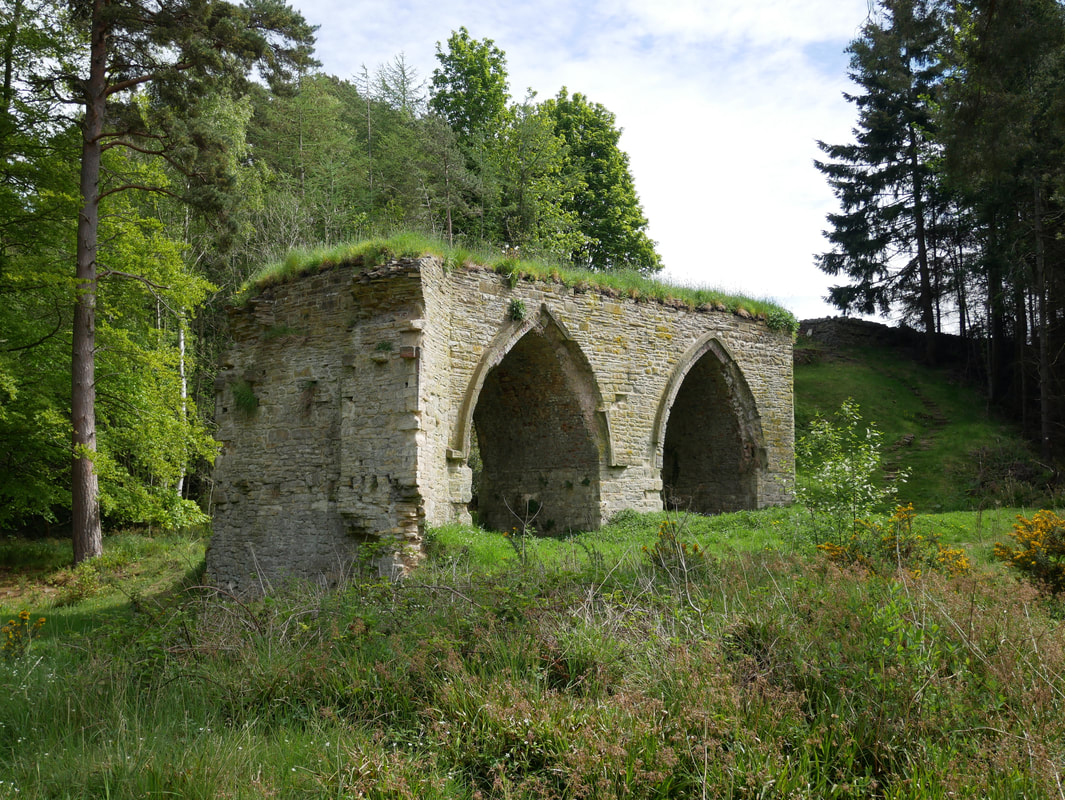 The remains of the Dukesfield Smelt Mill

The Dukesfield lead smelting mill was in operation from around 1666 until 1835. Located between the lead veins of the high Pennine hills and the markets and wharves of Newcastle, it was central to the lead mining, smelting and trading business owned by generations of the Blackett and Beaumont families. 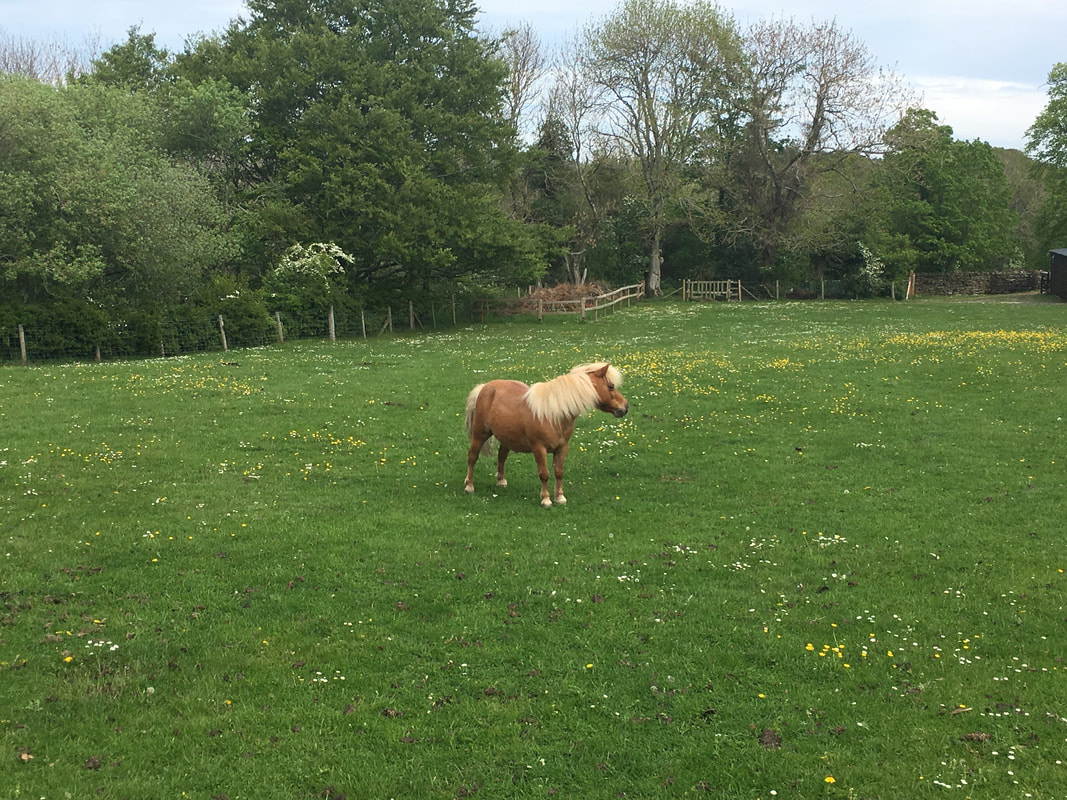 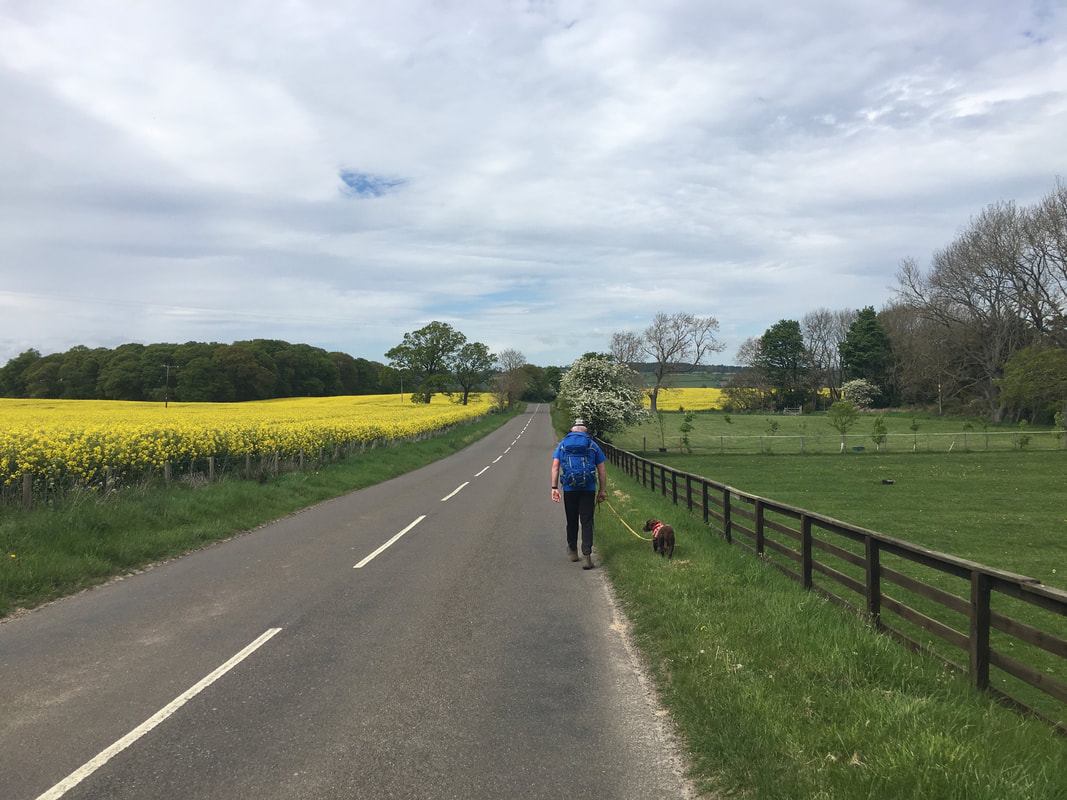 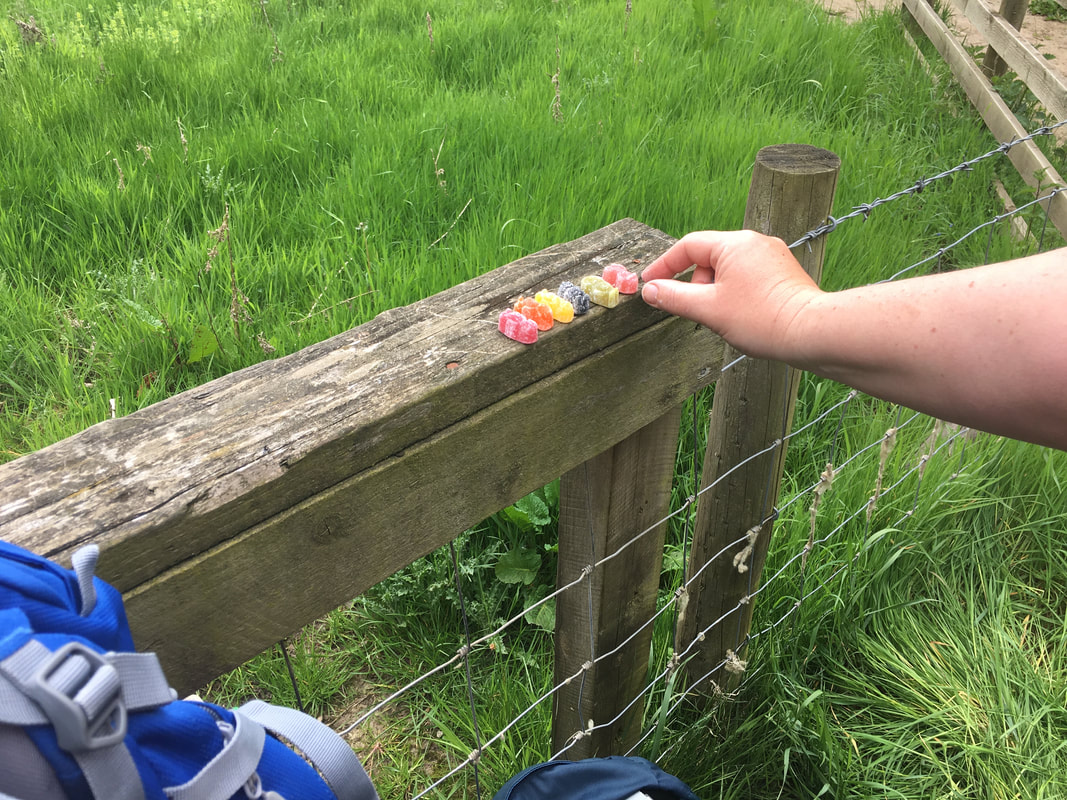 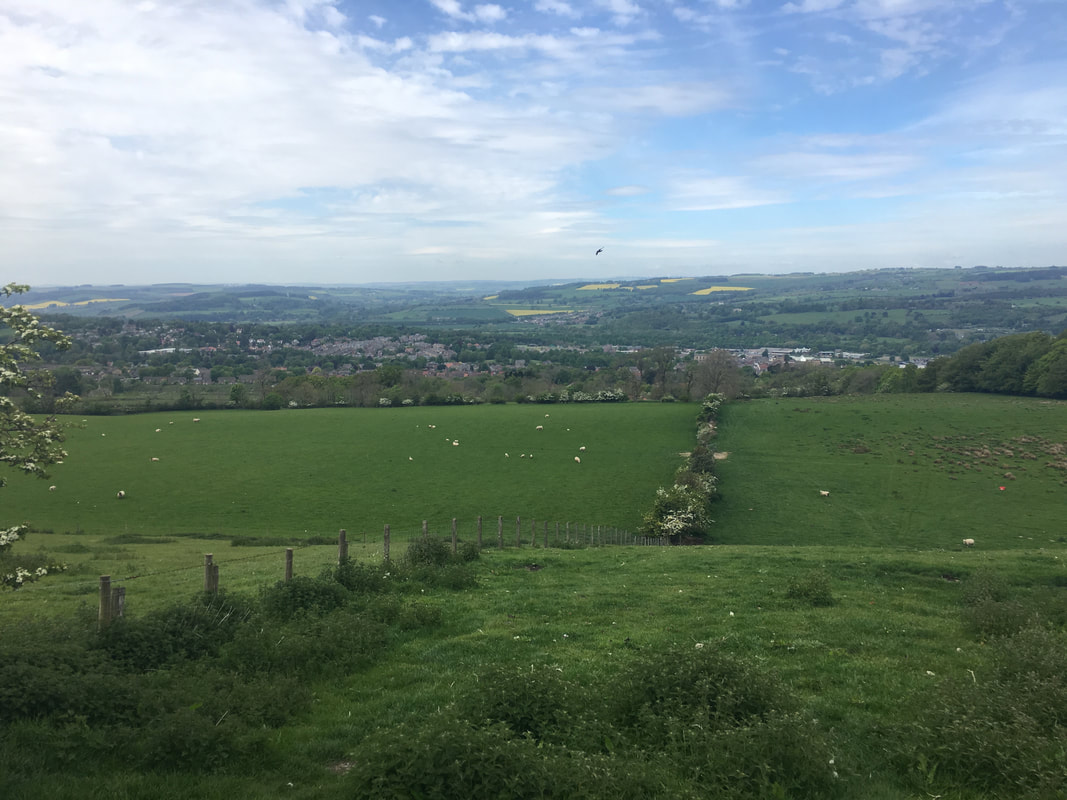 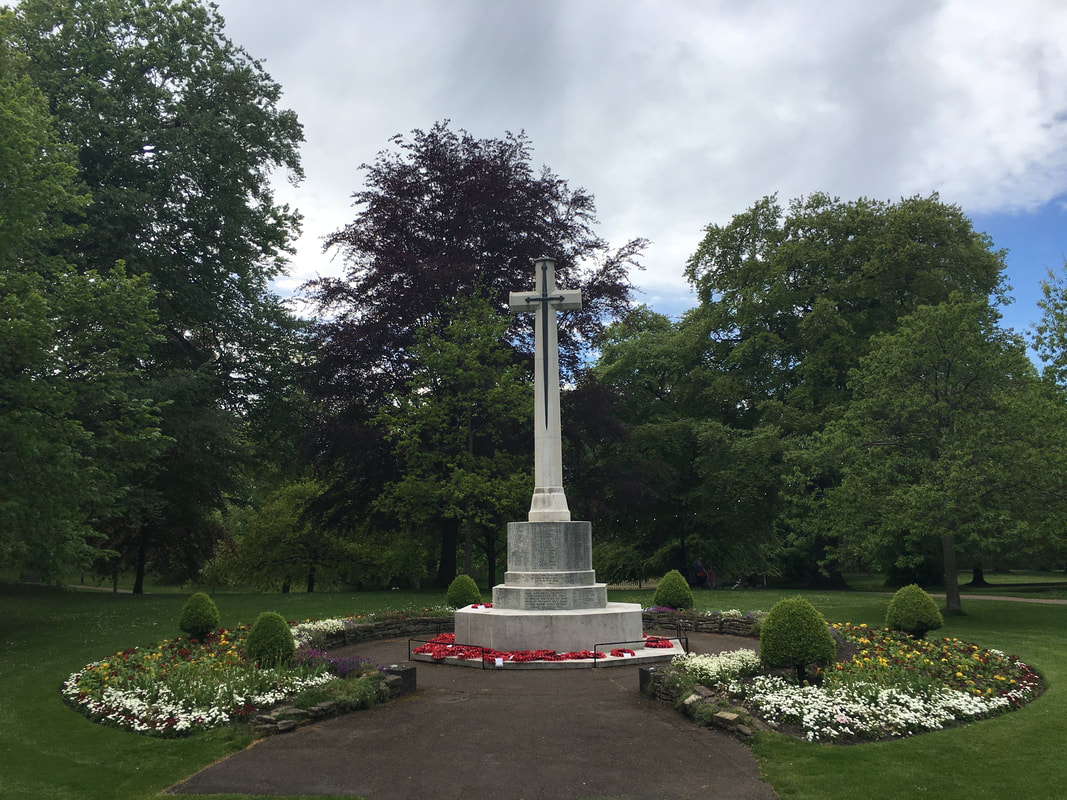 The War Memorial in Hexham 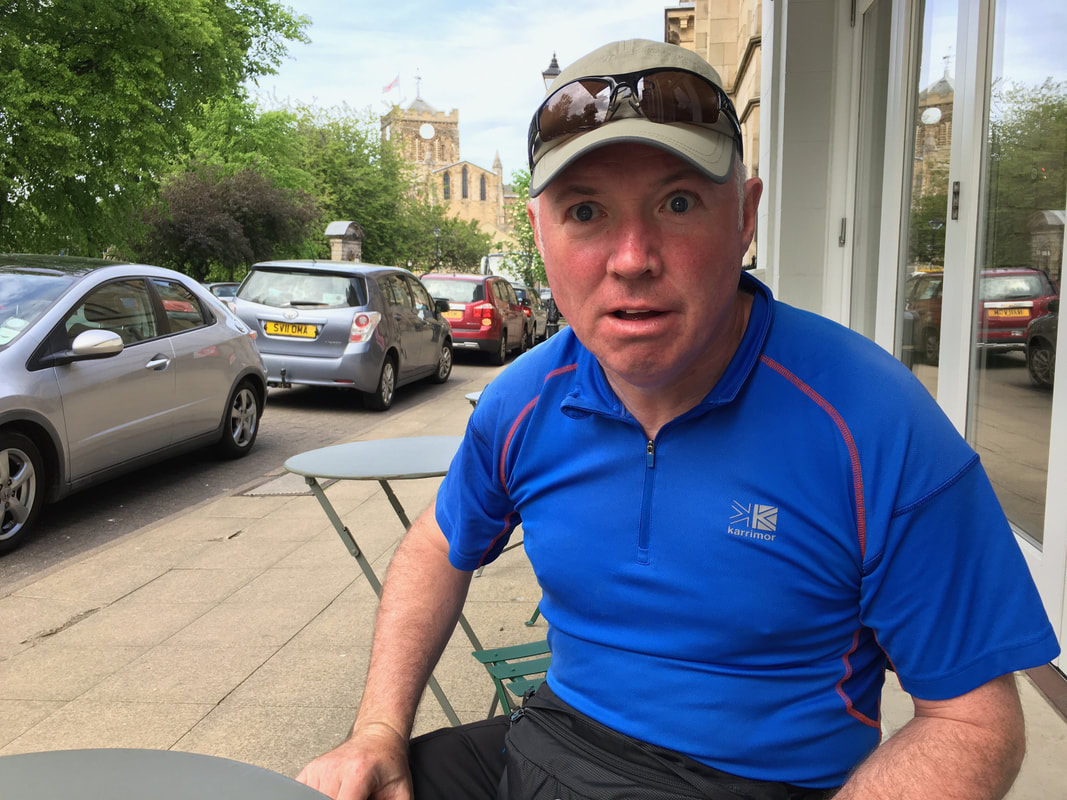 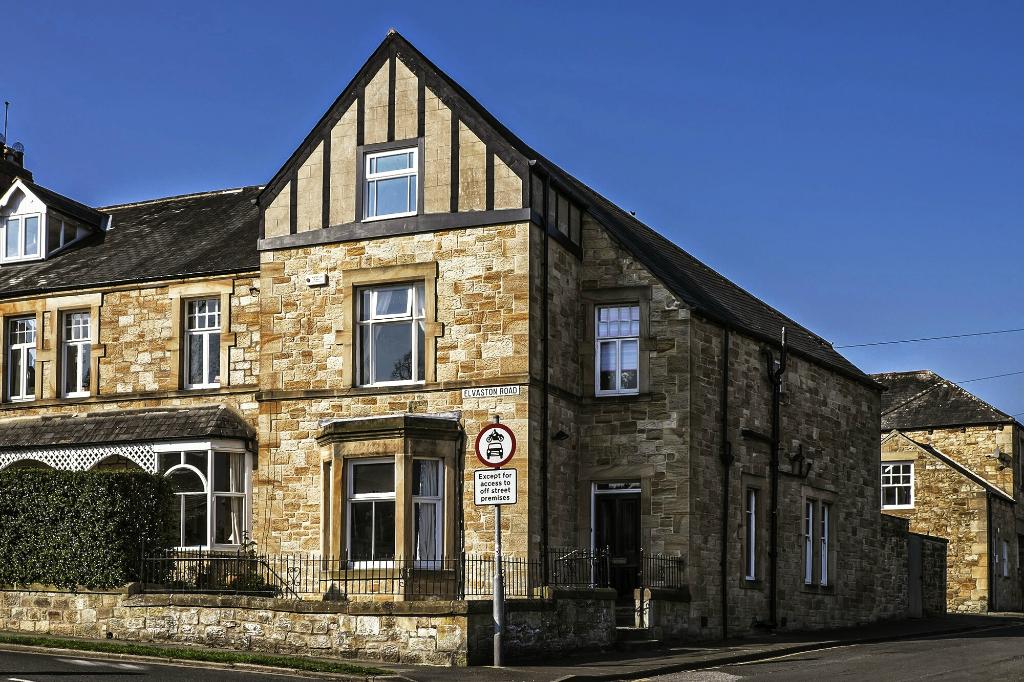