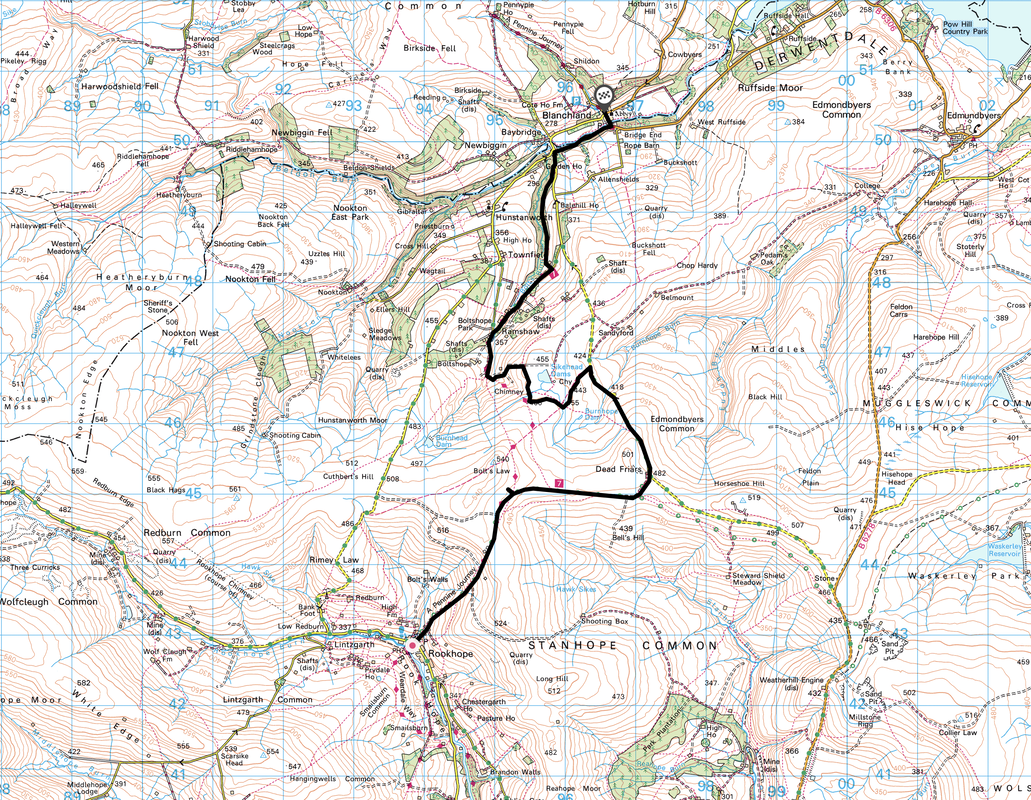 Breakfast at The Rookhope Inn was either cooked or nowt - we couldn't be bothered to ask why as what we were given from the kitchen was very tasty & plentiful. Whilst we were waiting to set off we met and had a chat with the Trail Magic Baggage Transfer geezer whose name was John. Heading outside it was clear the day was sunny but thankfully a bit cooler than yesterday.

We left the village via the Sustrans cycle track up to the smelting Engine building. As we turned off the main track to ascend Bolt's Law, a Gamekeeper came bounding over and informed us we could not continue on the route we were heading on due to the fact we had a dog. He stated that we had to divert via Dead Friars due to a local ruling reference nesting birds on Bolts Law. Fudge was on his lead when we chatted and I informed him that I was pretty sure he was wrong - we were on an official National Trail, our dog was on a lead and we were moving along a clearly defined path. I added that there appeared to be no local restriction posted anywhere but decided that arguing my point with him was futile - his blank expression confirmed that. Therefore to avoid any unpleasantness I had a quick look at the map and ascertained that the detour was achievable and would probably add another 2 or so miles on to the day, providing we could get back on to the route somewhere near Sikehead.

Therefore we headed for Dead Friars to join a road that made its way towards Sikehead where sure enough there was a turning off to the left. Winding around various paths we managed to rejoin the route near West Farm. The remaining descent into Blanchland was via track and woodland and was a lovely stretch that delivered us at the bridge over the Derwent. We arrived at about 1330 and not wanting to be fleeced in The Lord Crewe Arms we headed for the Tea Shop. Unfortunately they were under staffed and rather than wait about we headed for the village Post Office and sat outside on their benches and had a sandwich. Blanchland is lovely, however, we were not enamoured with it and even an American couple we chatted to thought it a tad artificial.
​
Lunch over we caught the 1420 bus to our digs in Edmundbyers – only £1 each and a 10 min journey. We would be staying in The Punchbowl pub in the village which was much cheaper than any accommodation we could find in Blanchland. We had a pleasant meal and a nice room but other events during our stay unfortunately made us feel very unsettled and suffice to say we will not darken their doors again. 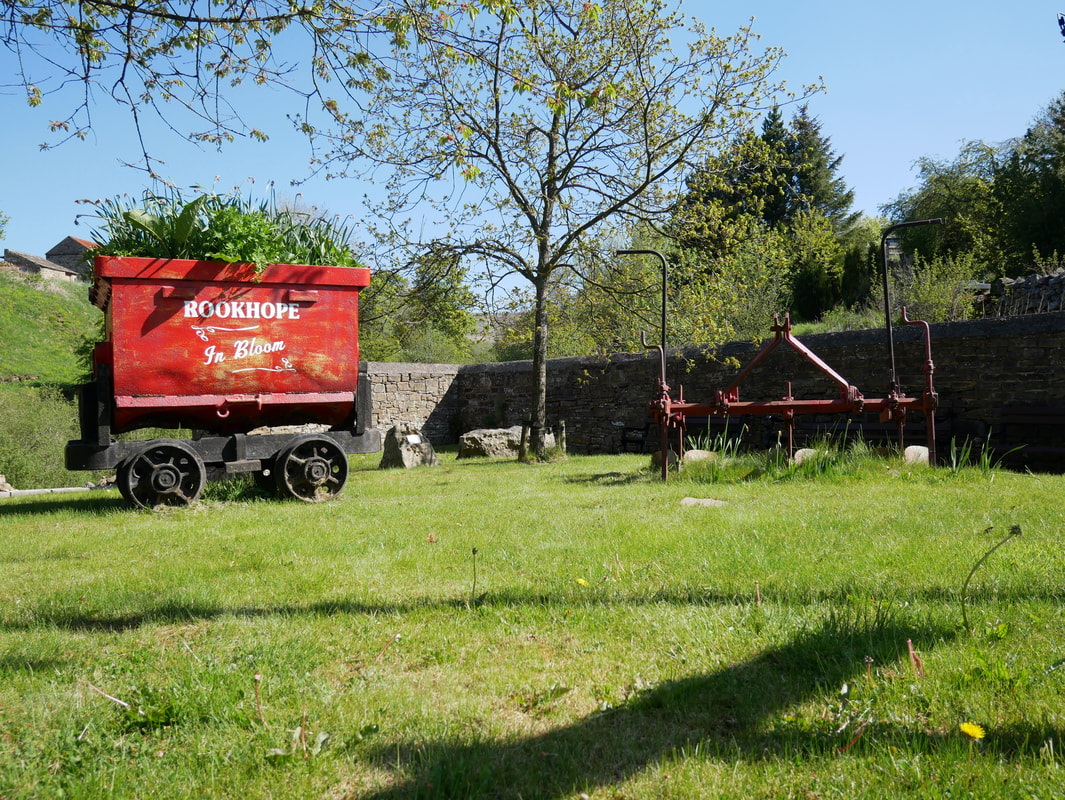 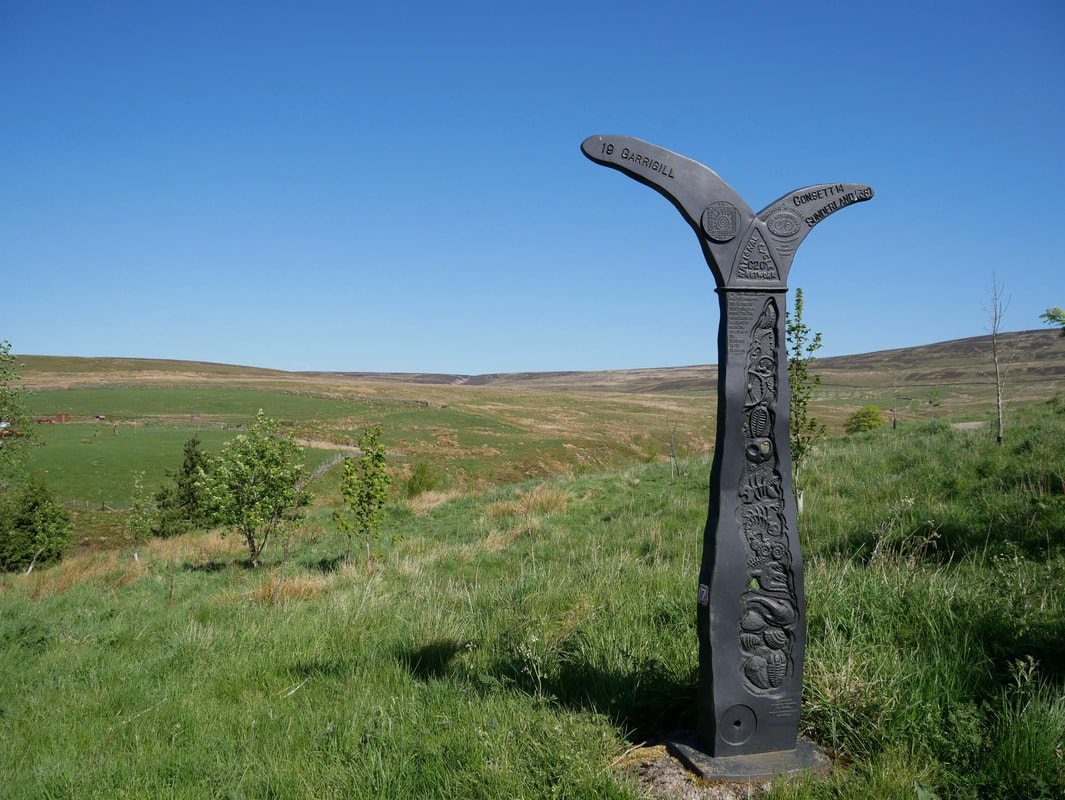 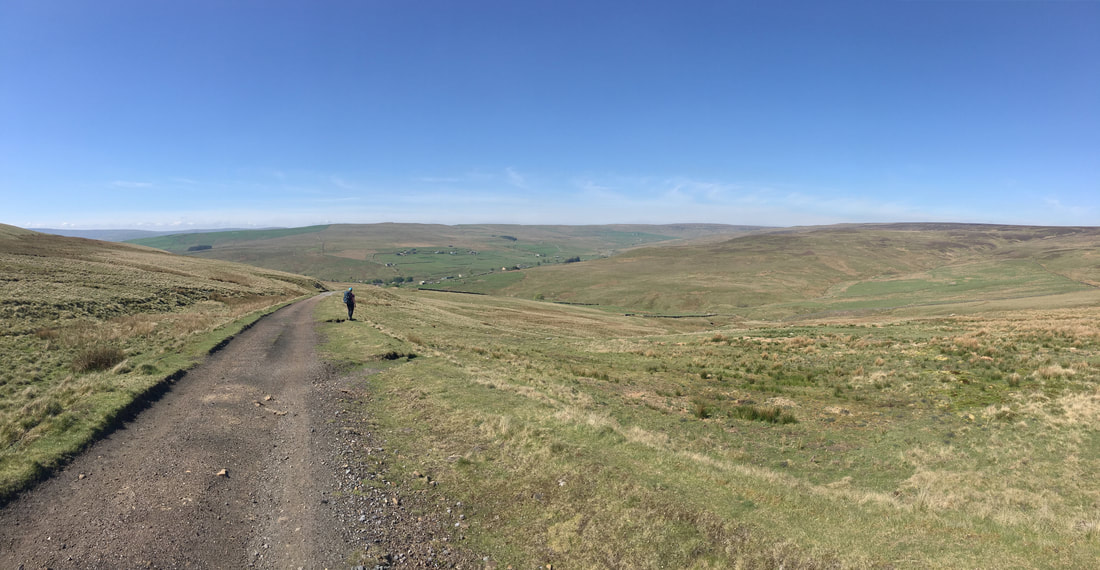 Looking back to Rookhope from the old Bolt's Law railway incline 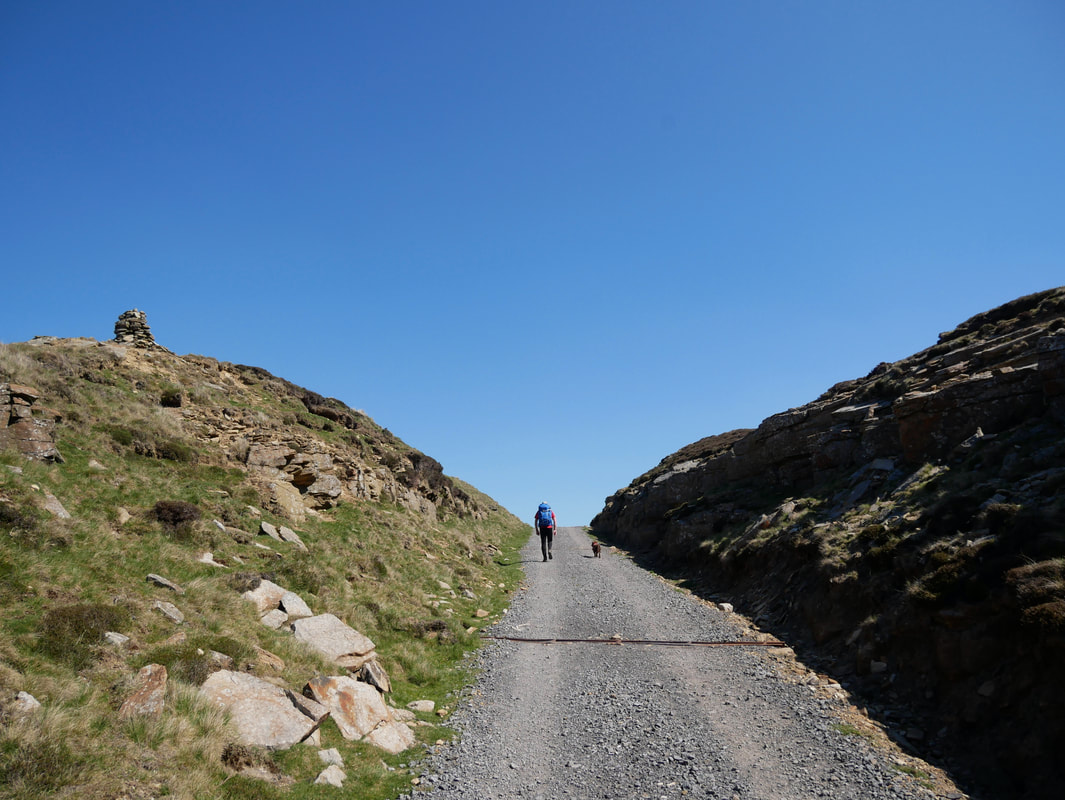 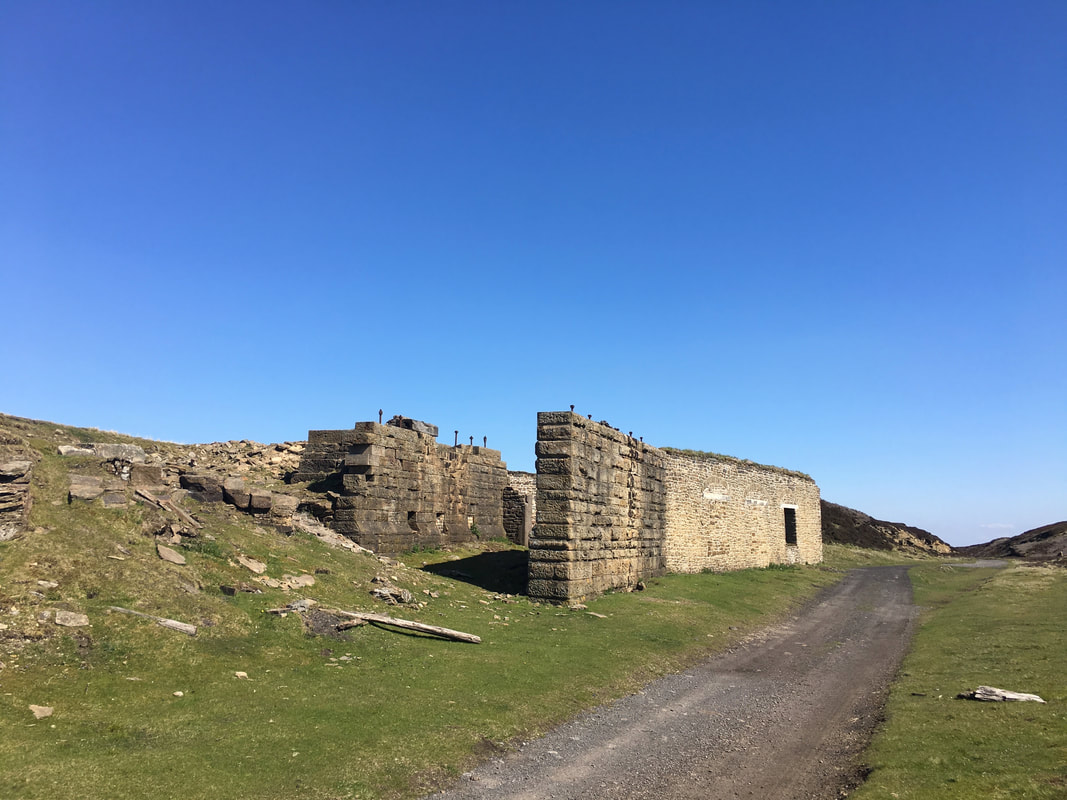 All that remains of the Bolt's Law Engine House

The old mine railway between Rookhope and the works at Tow Law was once the highest standard gauge railway track in Britain. The Standing Engine provided the power to haul trucks, full up with either iron ore or limestone up and down the incline on the end of a cable. 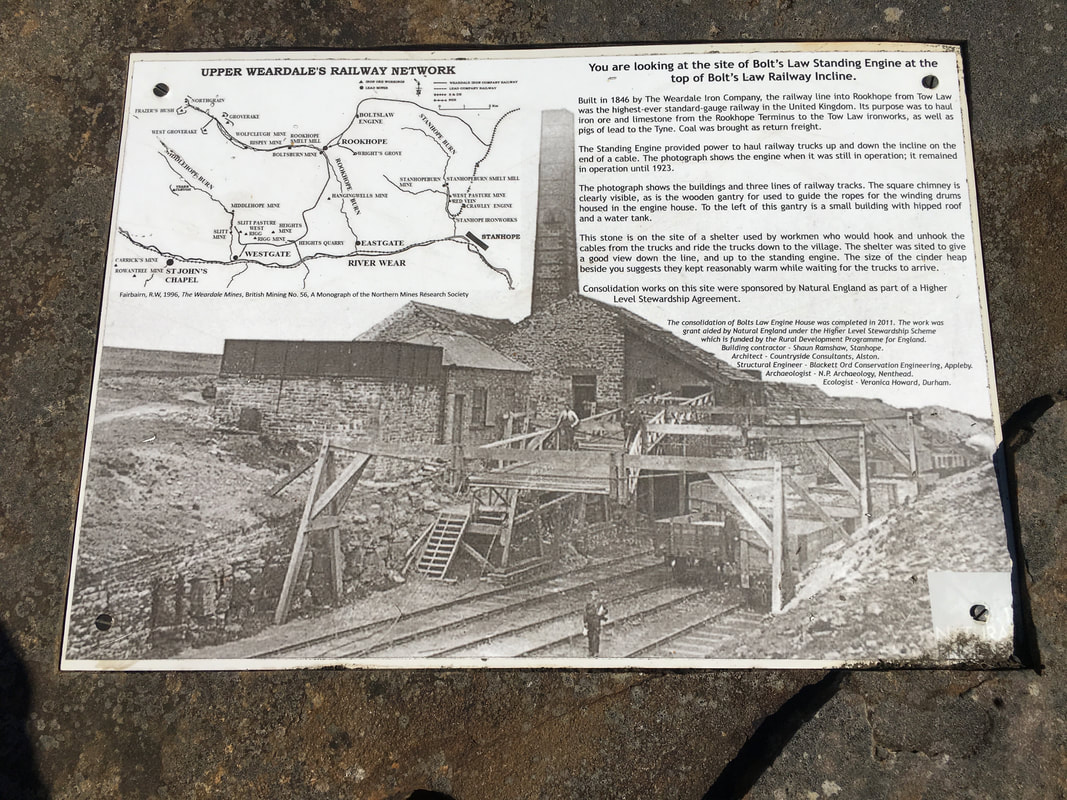 Here is how the Engine House used to look 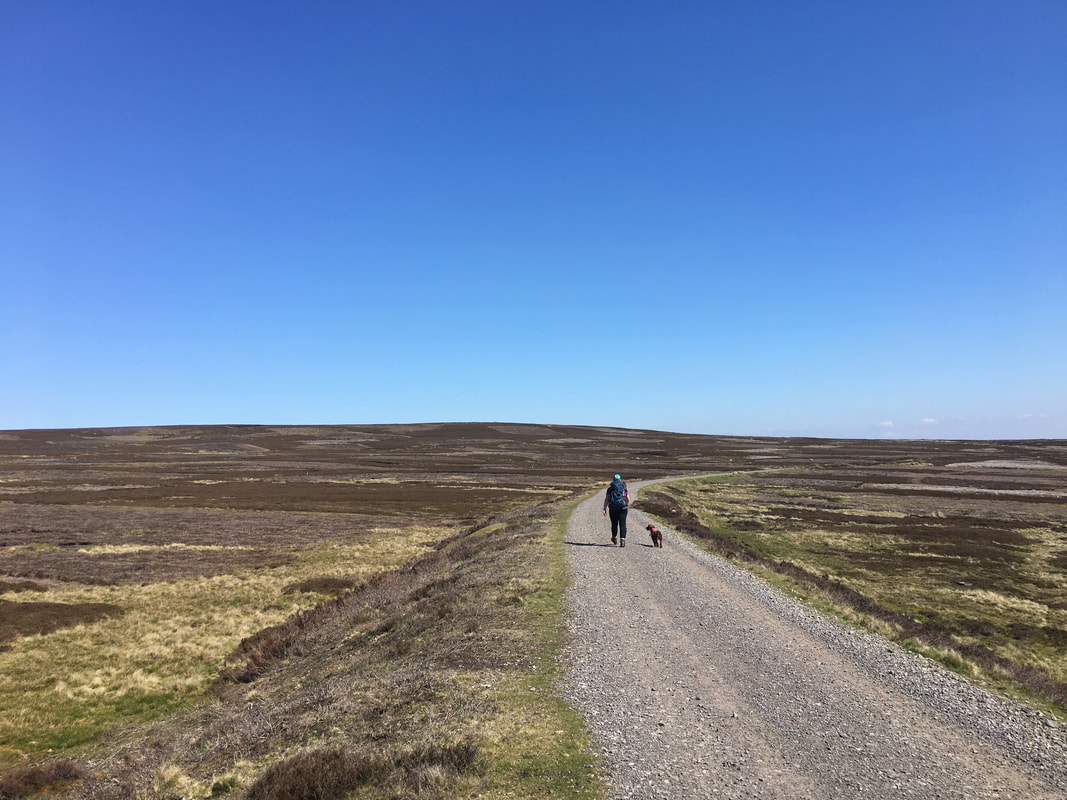 Making our way towards Dead Friars instead of Bolt's Law.
​It was infuriating to find out later that we were well within our rights to proceed over Bolt's Law in accordance with our original route. 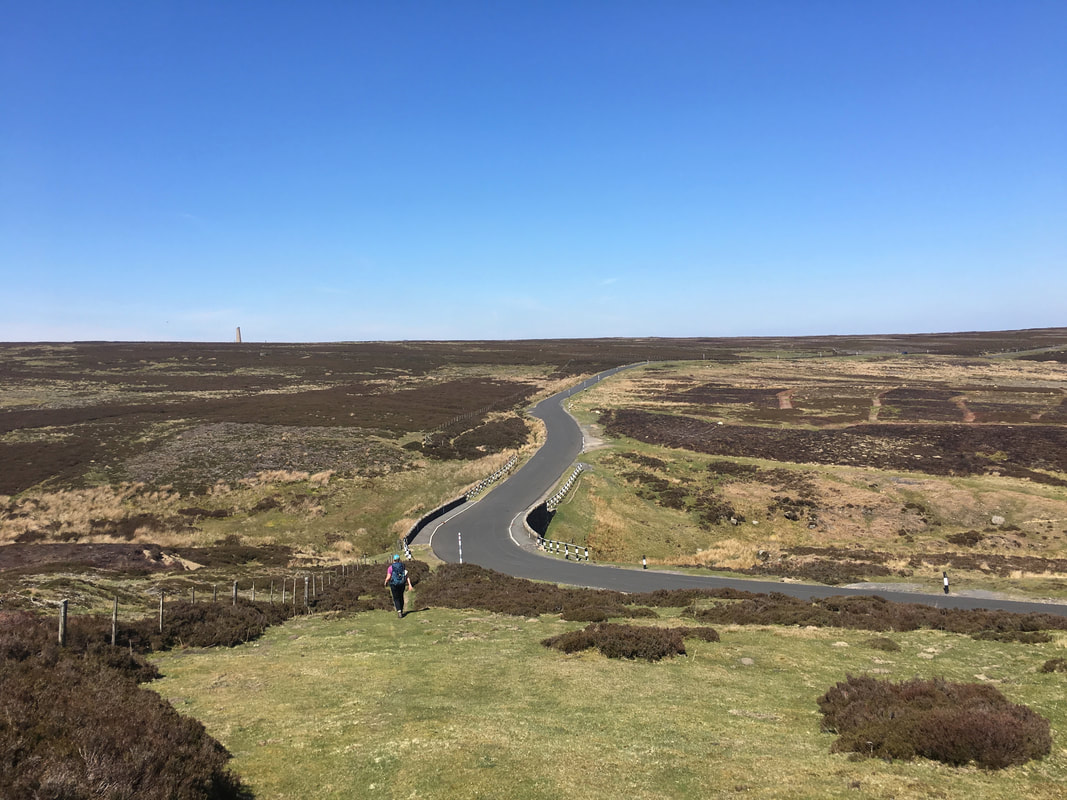 At Dead Friars the track became a tarmac road. We could have stayed on this road all the way to Blanchland but were determined to get back on the Pennine Journey as soon as possible. As it happens we would soon be able to head off to the left and rejoin the route not too far from the chimney in the distance. 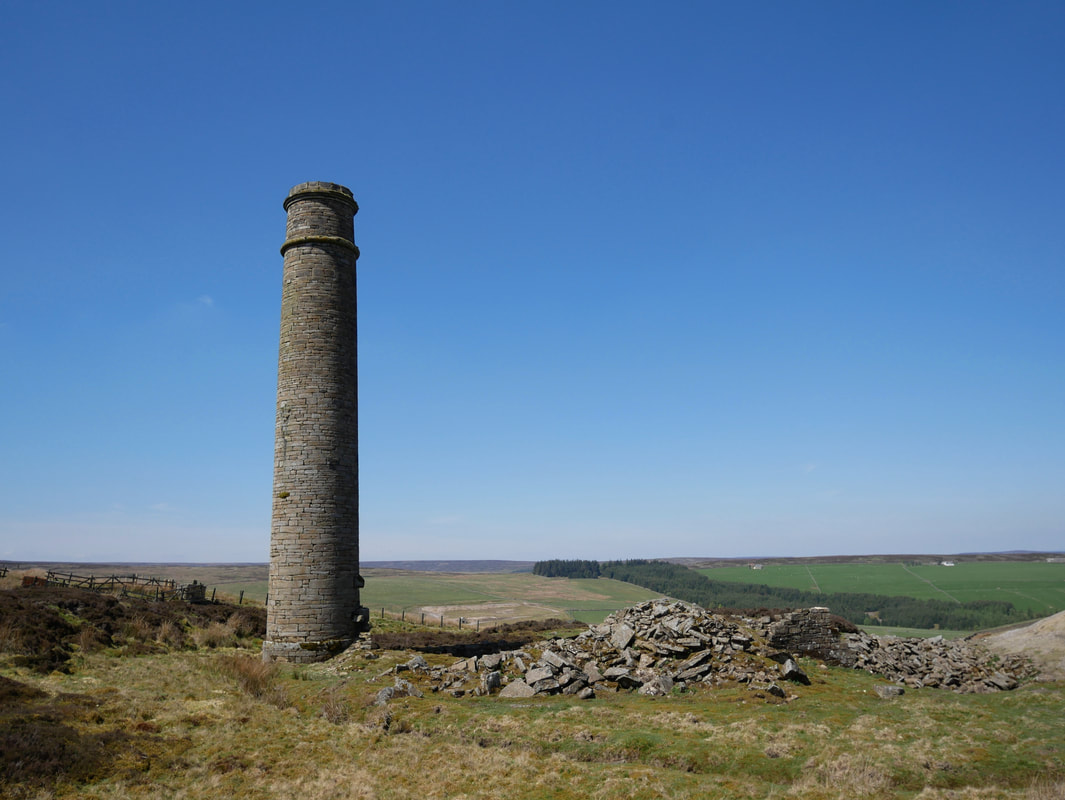 The lead mine chimney at Sikehead 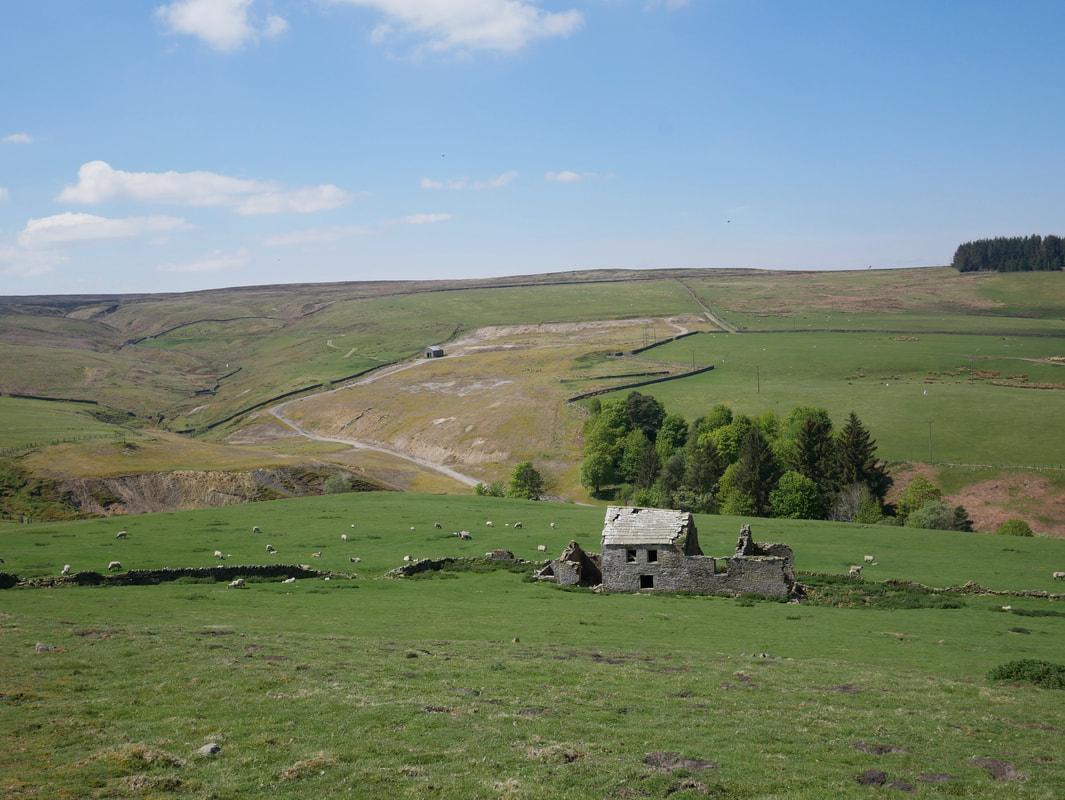 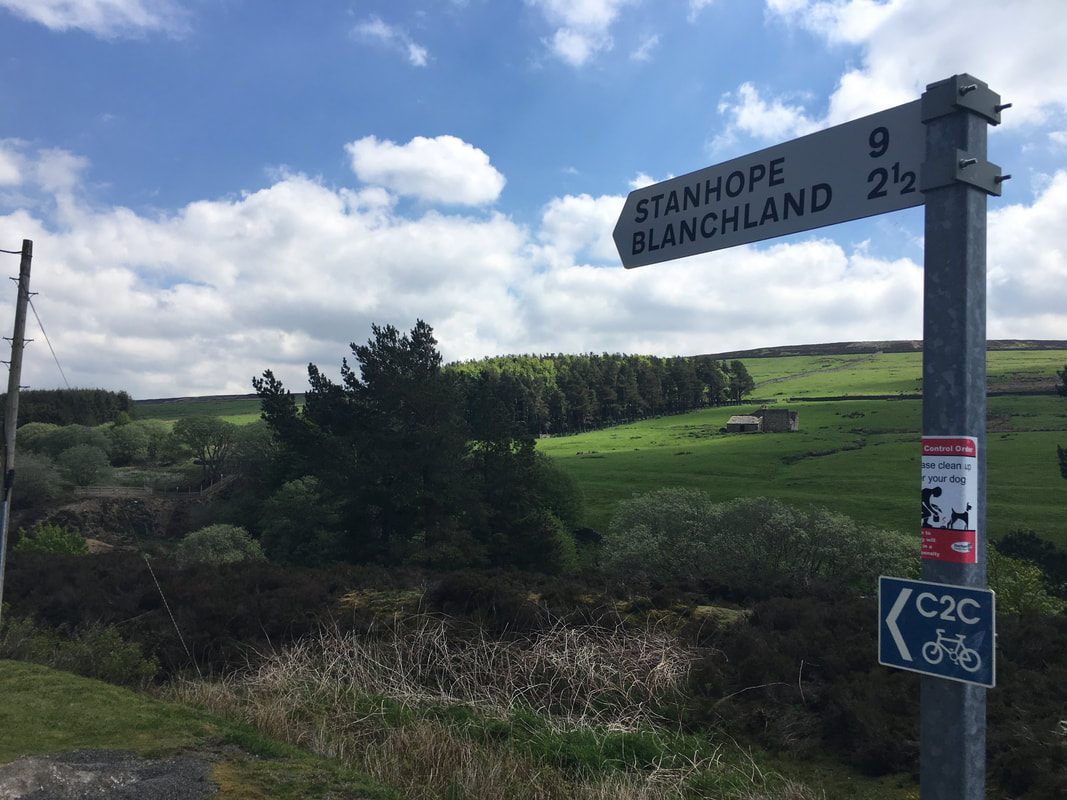 Back on track near Ramshaw - the detour eventually cost us an extra 3 miles. Thankfully it was a short day anyway. 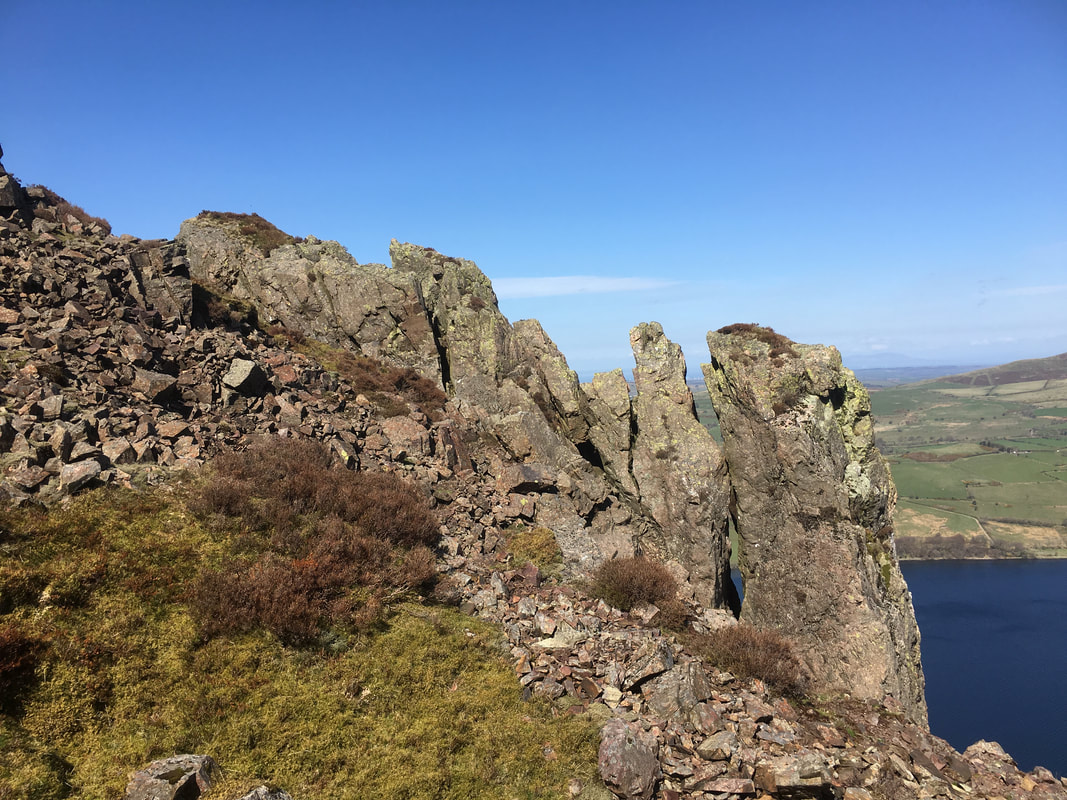 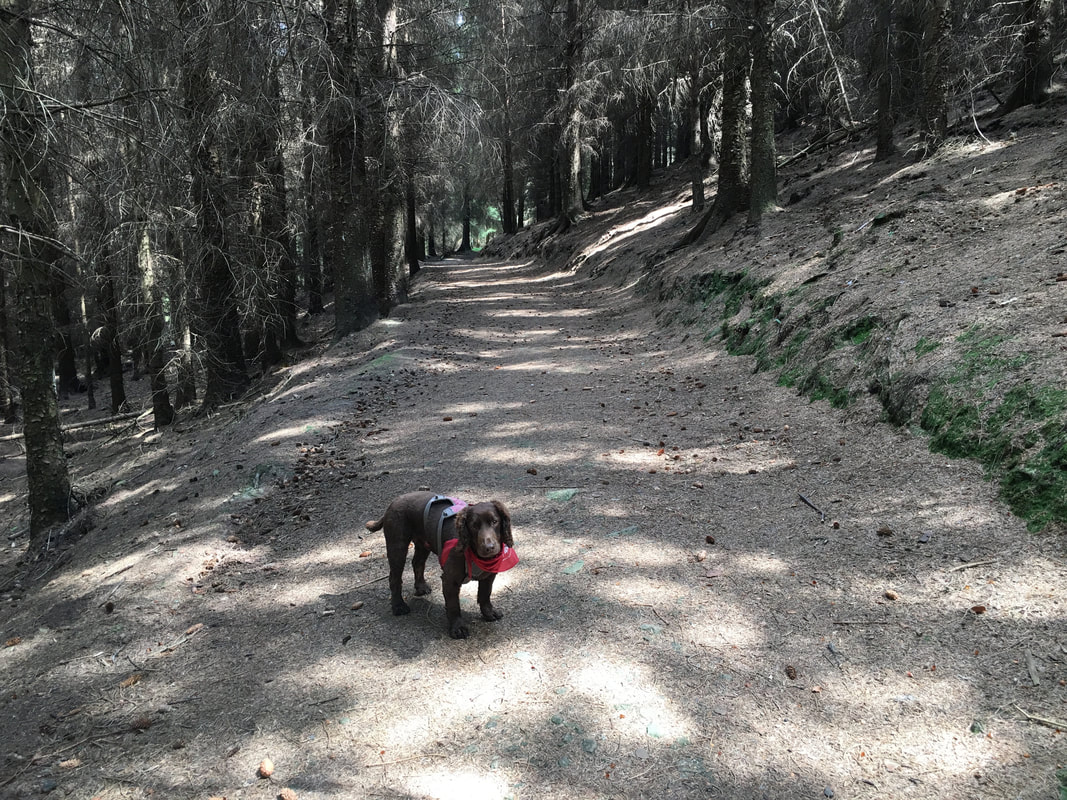 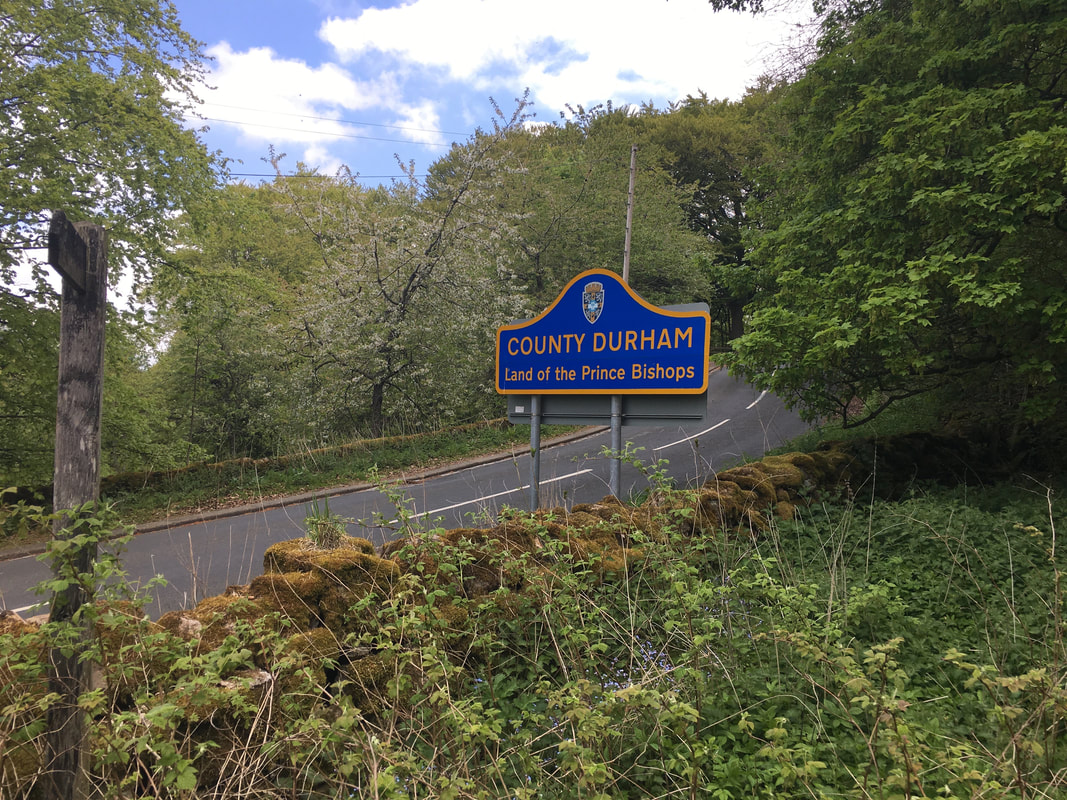 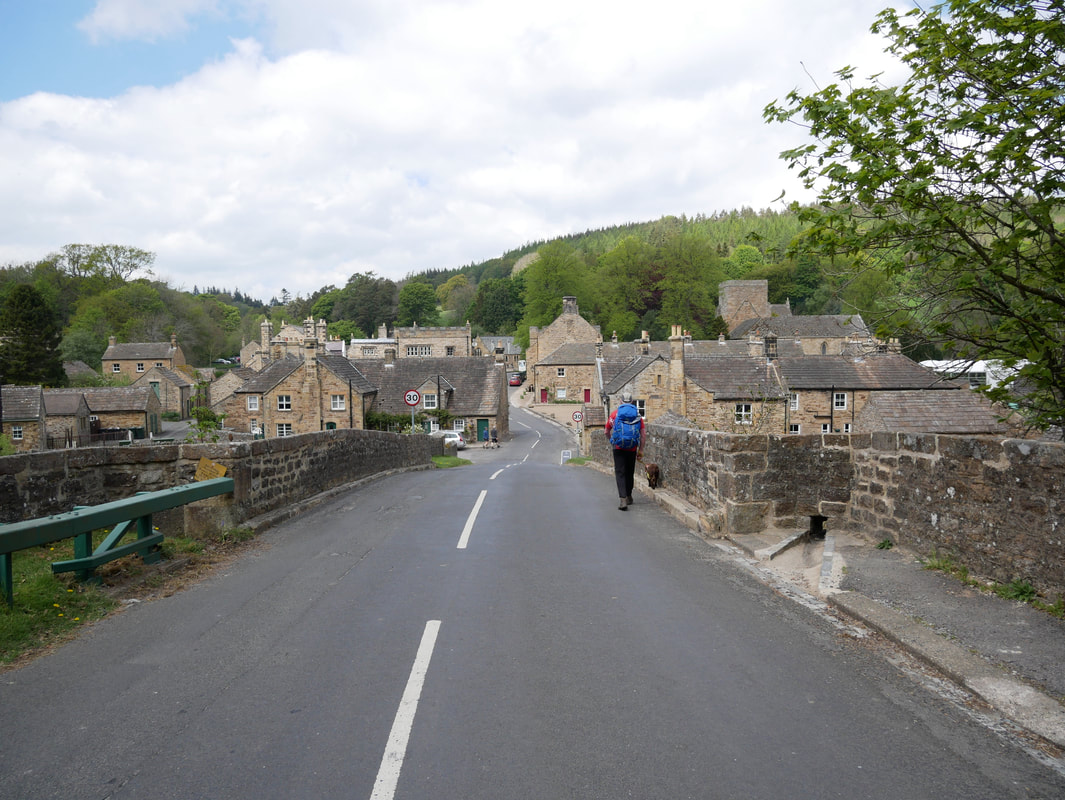 Crossing the River Derwent into Blanchland 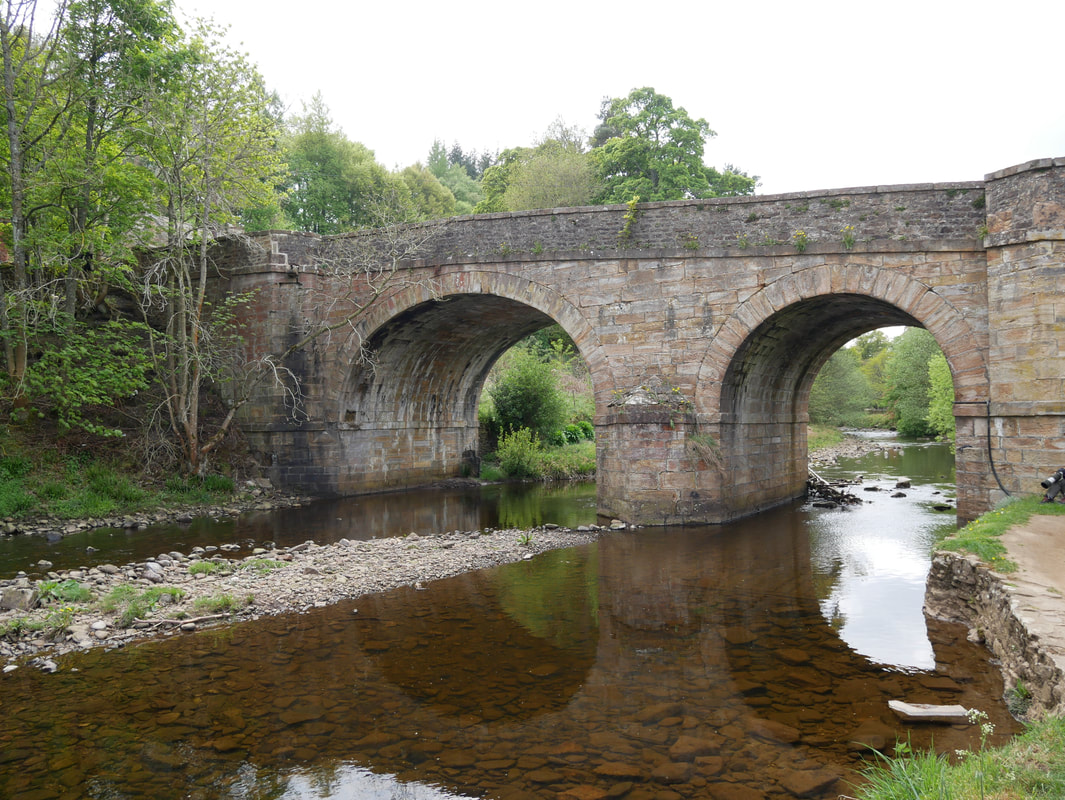 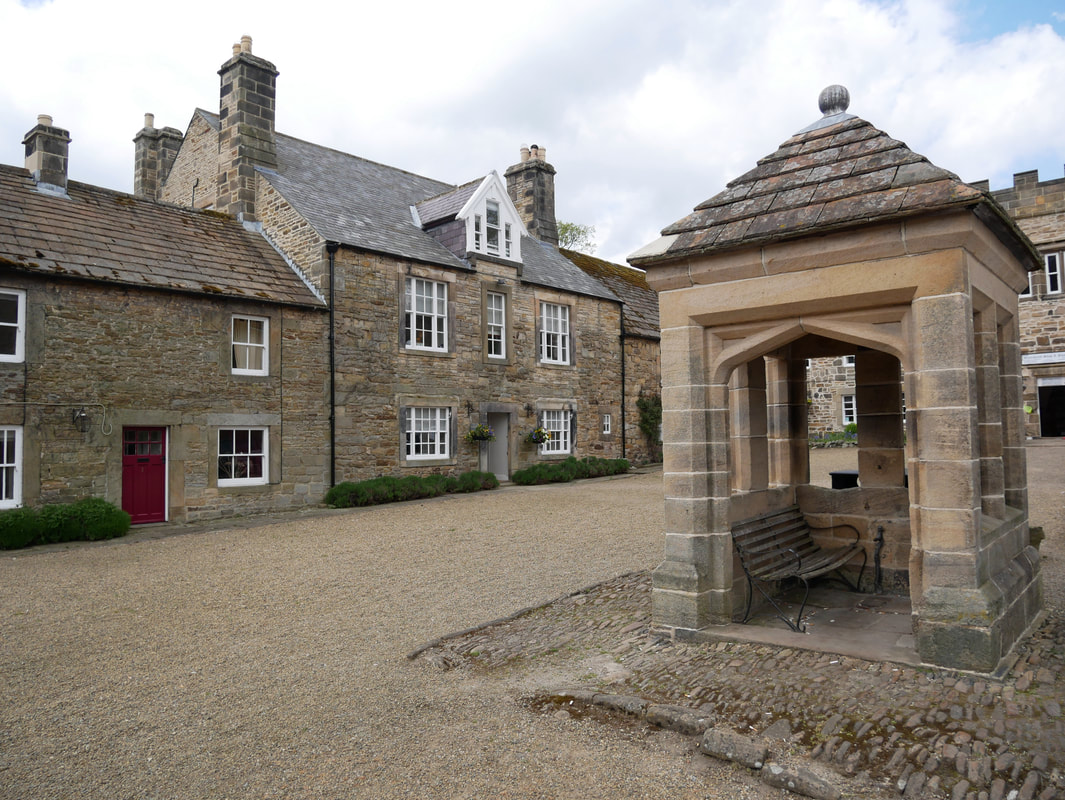 The pretty square in Blanchland

Blanchland is a conservation village built of stone from the remains of the 12th century Abbey, part of which remains as the parish church. After the dissolution of the monasteries the estate passed into the hands of Lord Crewe, who was Bishop of Durham at the time. On his death, the estate was administered as a trust managed by the Cathedral Chapter. 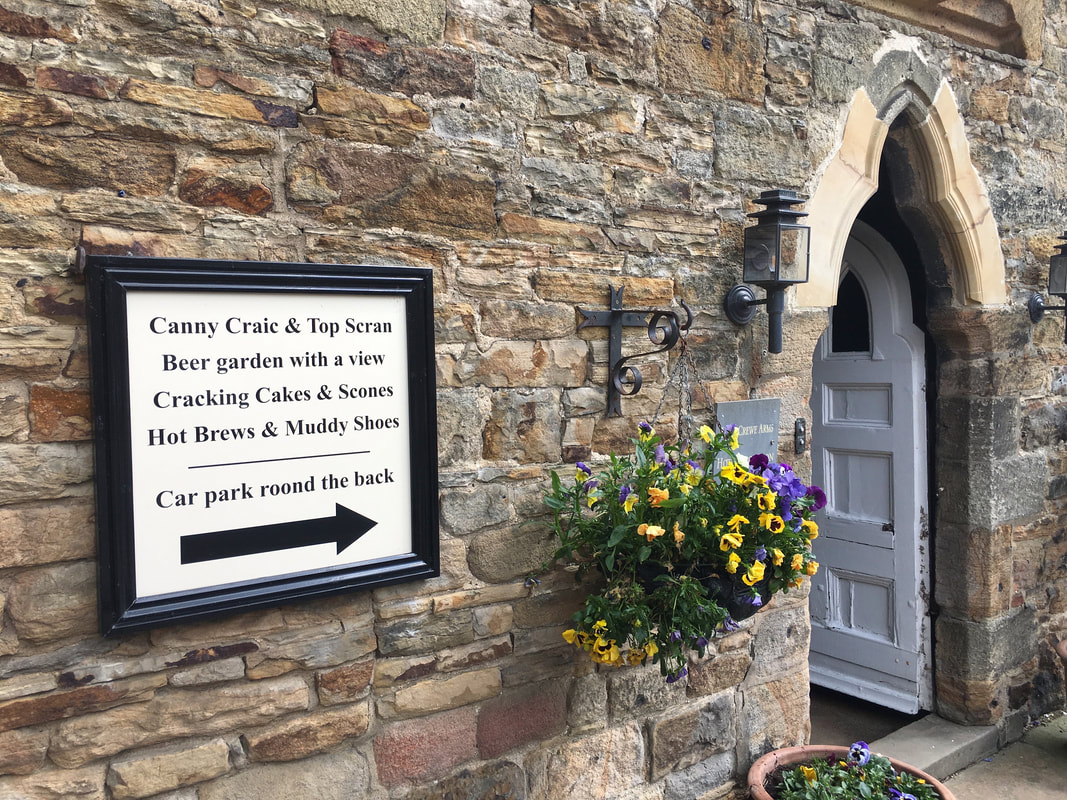 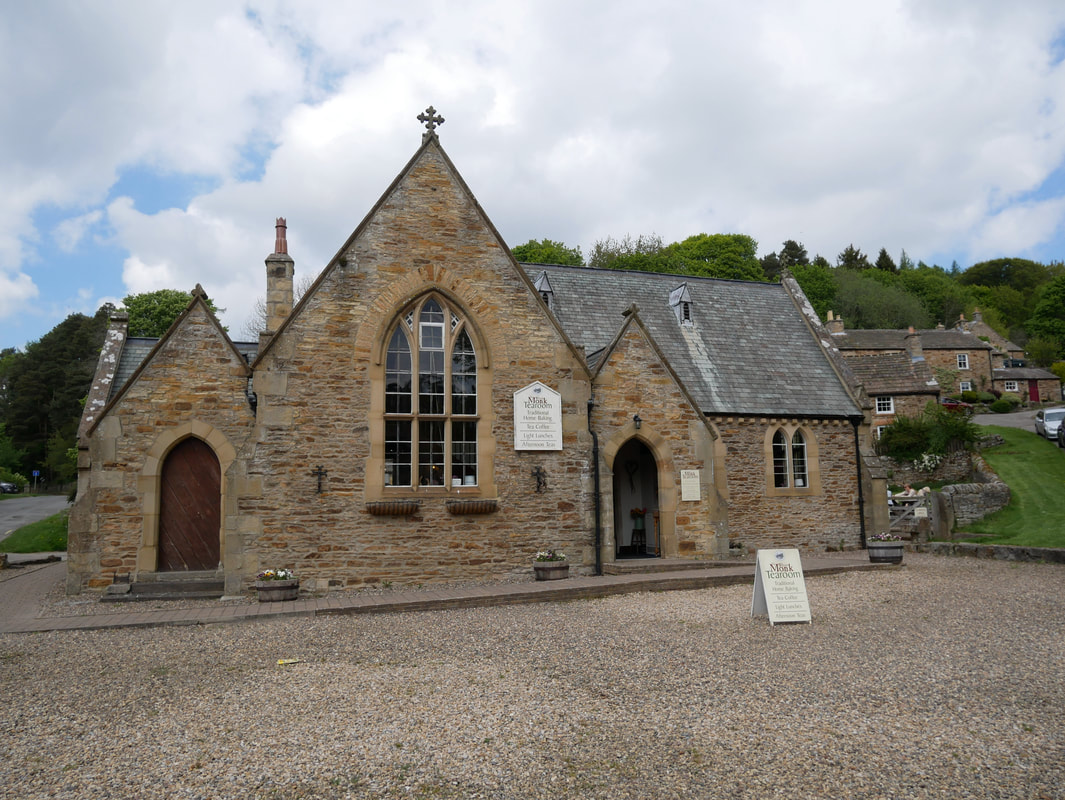 The Monk Tea Room in Blanchland.
Under staffed and very busy when we popped in. Needless to say we went to the Post Office for our lunch. 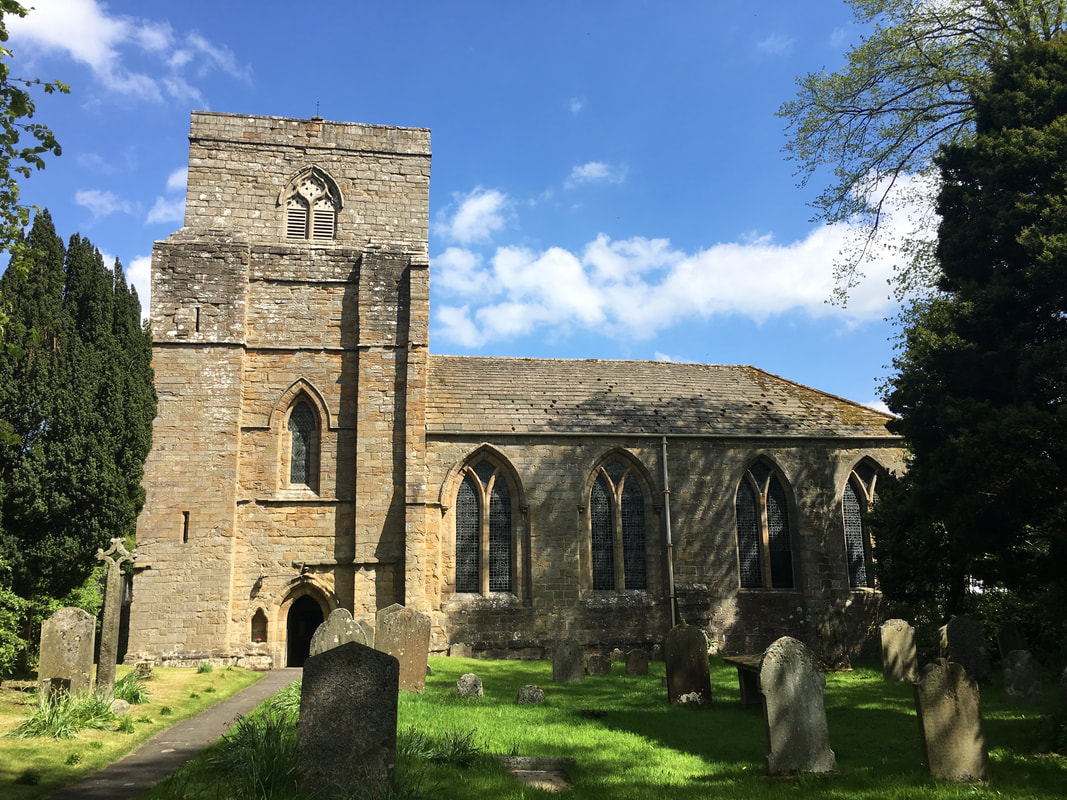 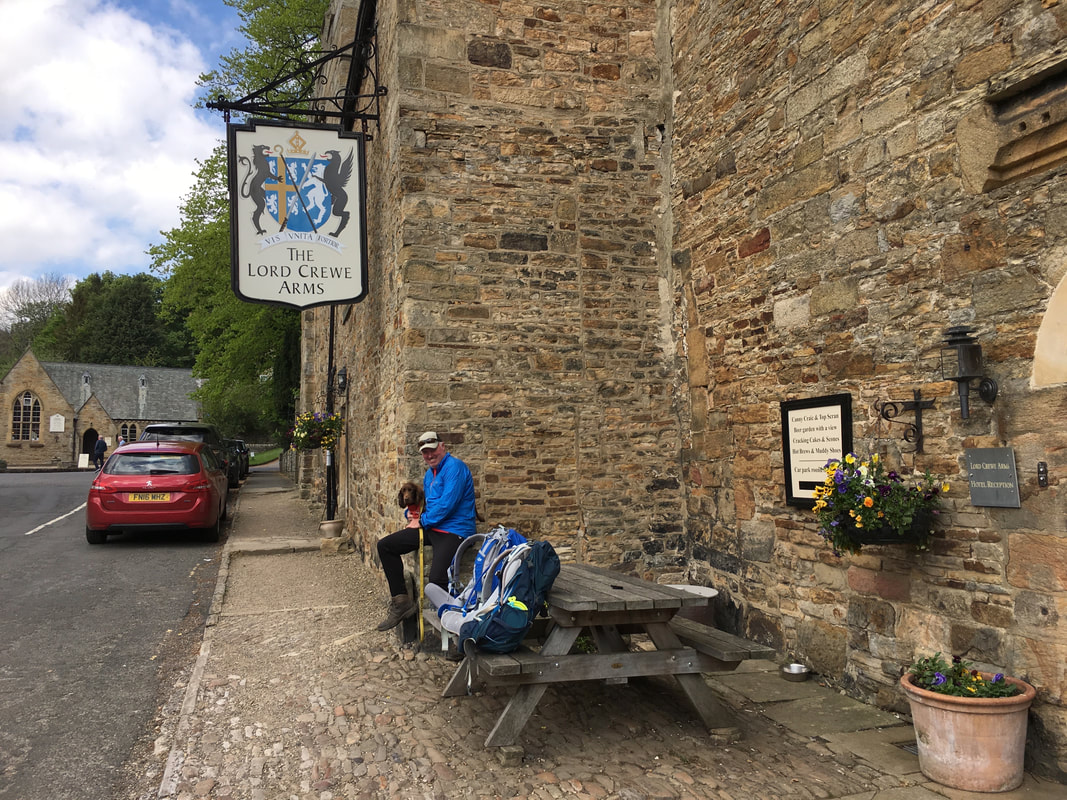 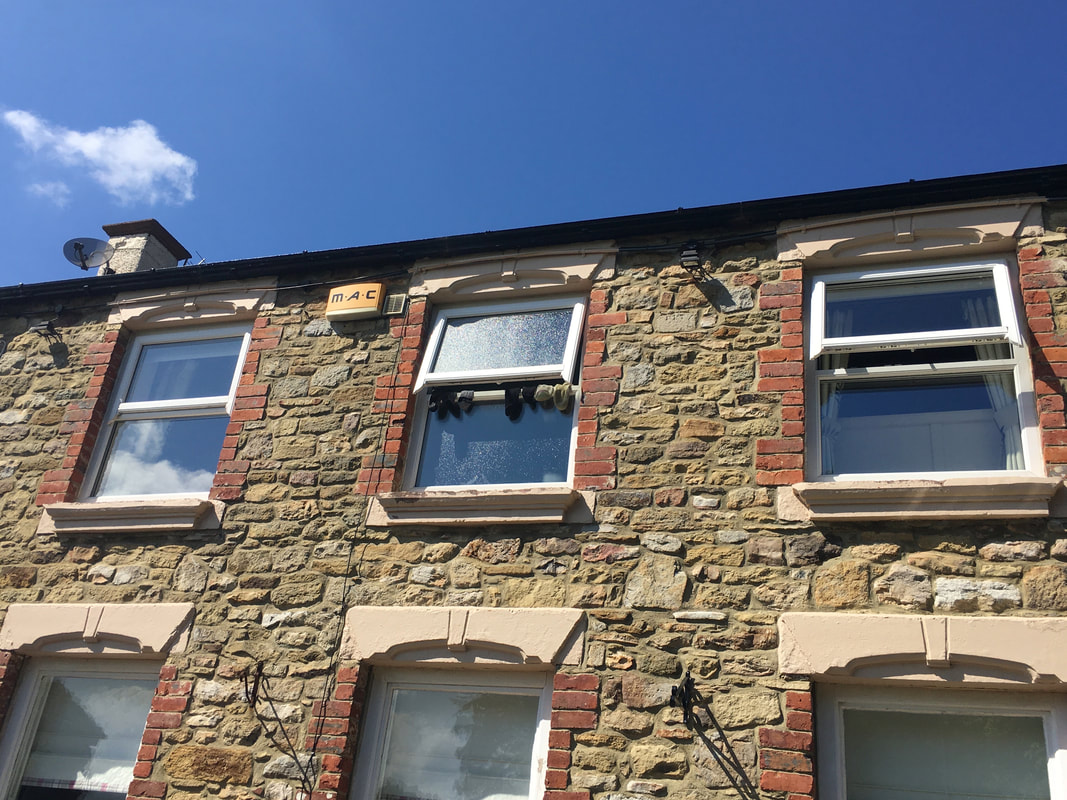 Anyone guess which room we are in??
Overnight Accommodation 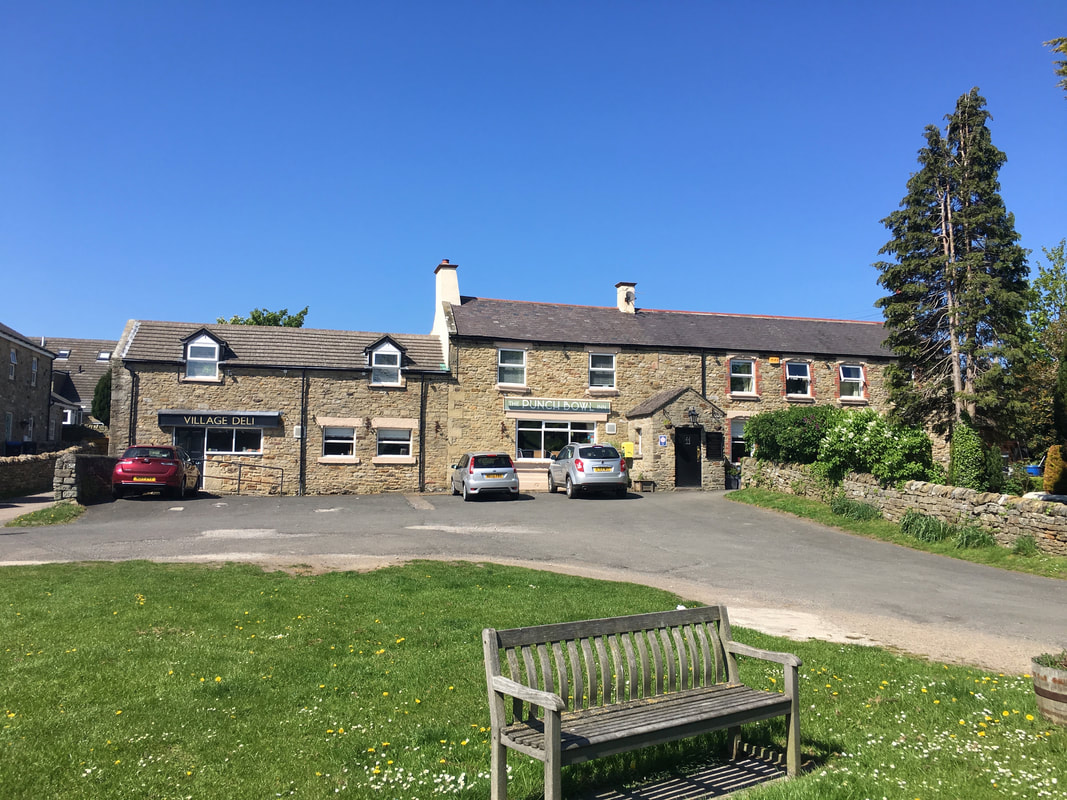