Good mountain paths for the most part, some of which were covered in snow. The path on the ascent of Sergeant Man from Stickle Tarn is difficult to follow with snow on the ground. It is just a question of taking bearings at relevant points in order to gain the ridge to the summit. 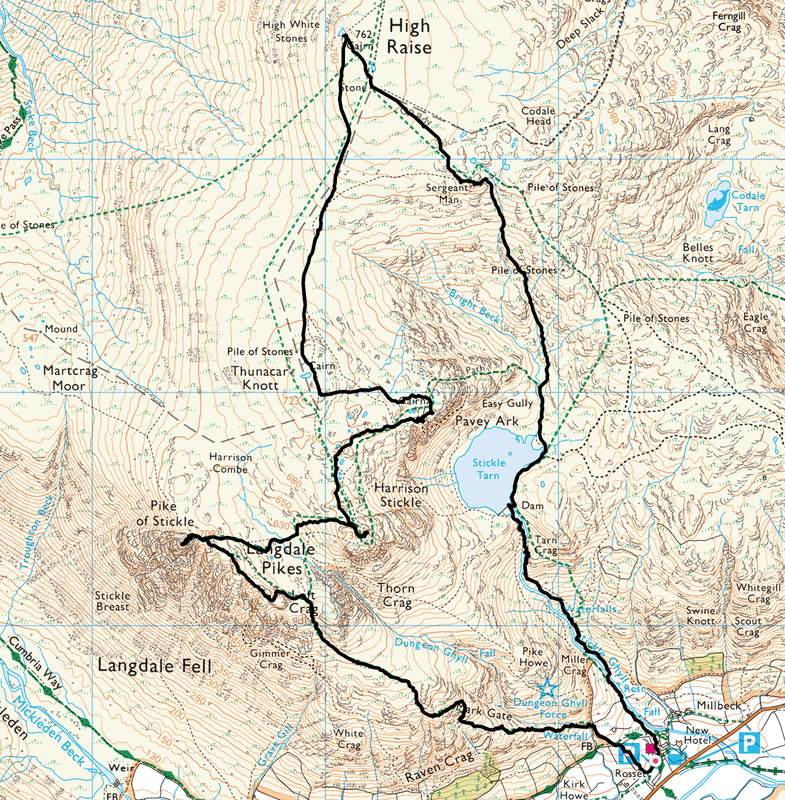 A walk I led for Lakeland Meet Ups - one of our favourite routes. Although to be fair, any walk in Langdale is always beautiful. 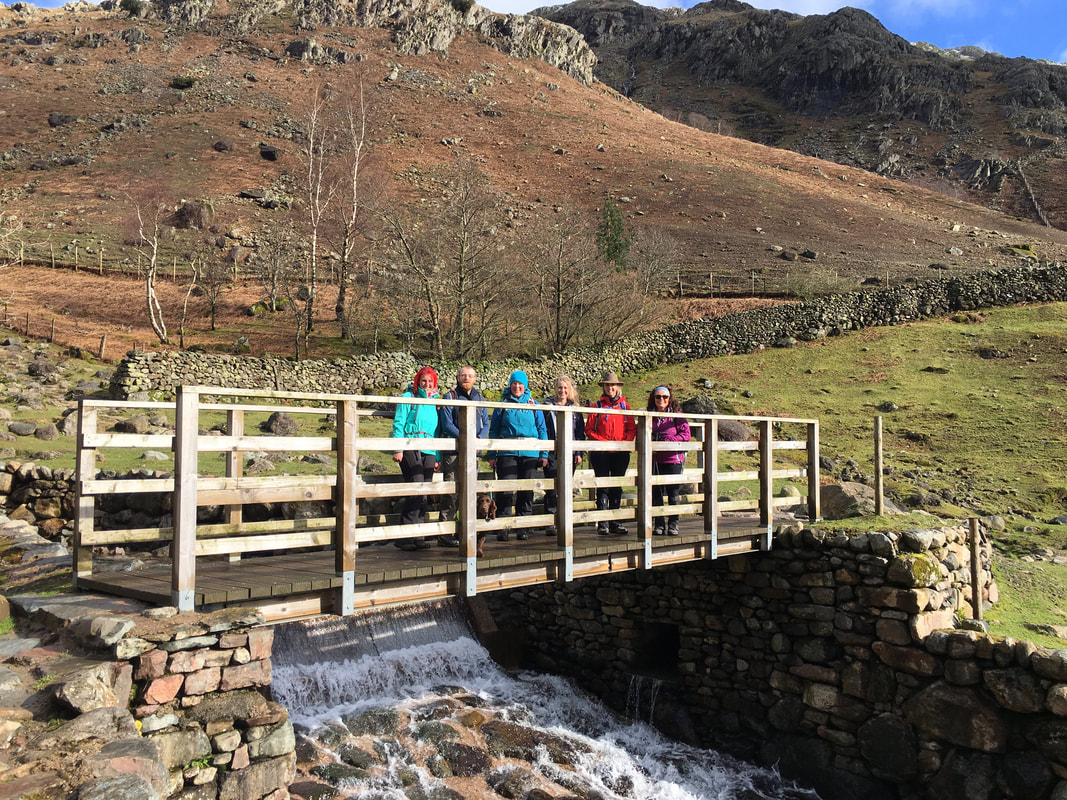 The bridge over Stickle Ghyll.
​There are two options of route from here. Both paths handrail the ghyll and converge further up the ghyll - in my opinion the right hand path is the easier. 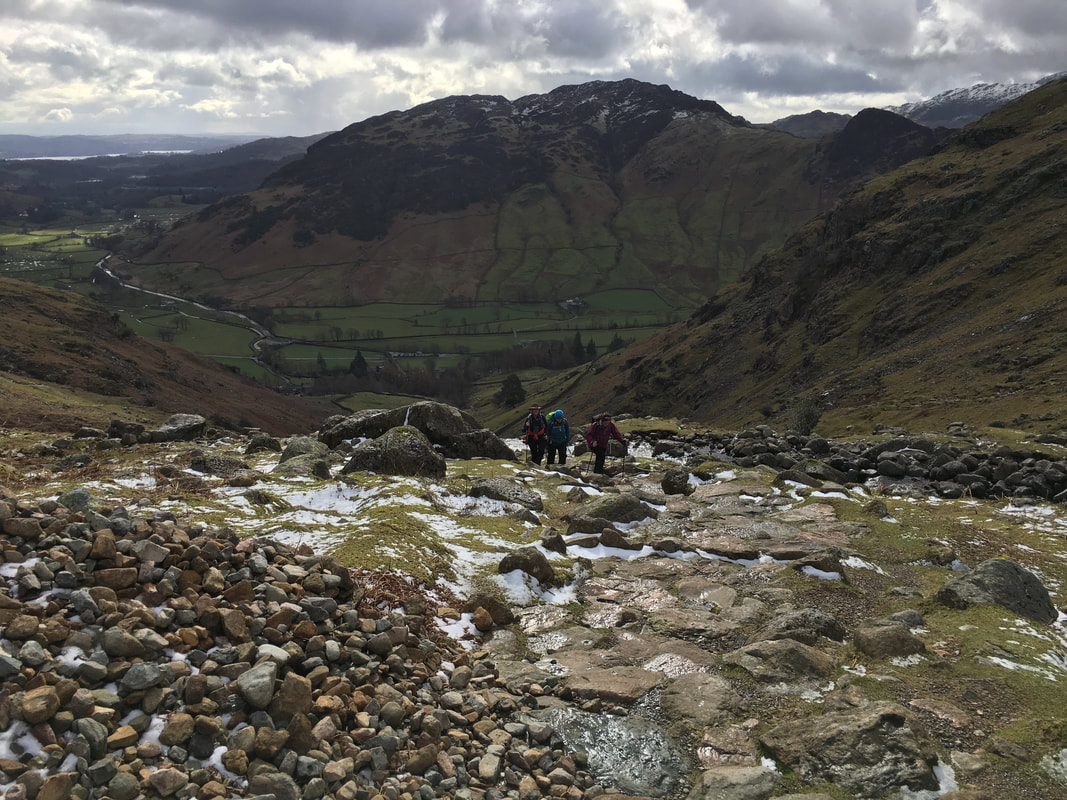 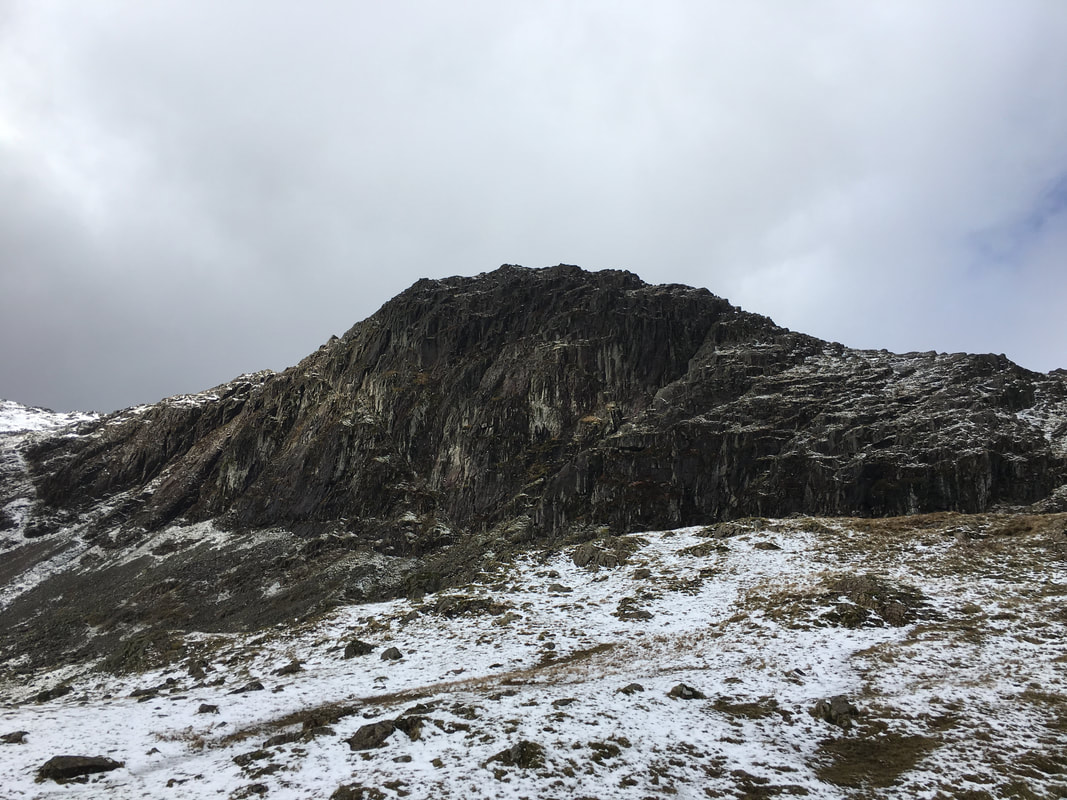 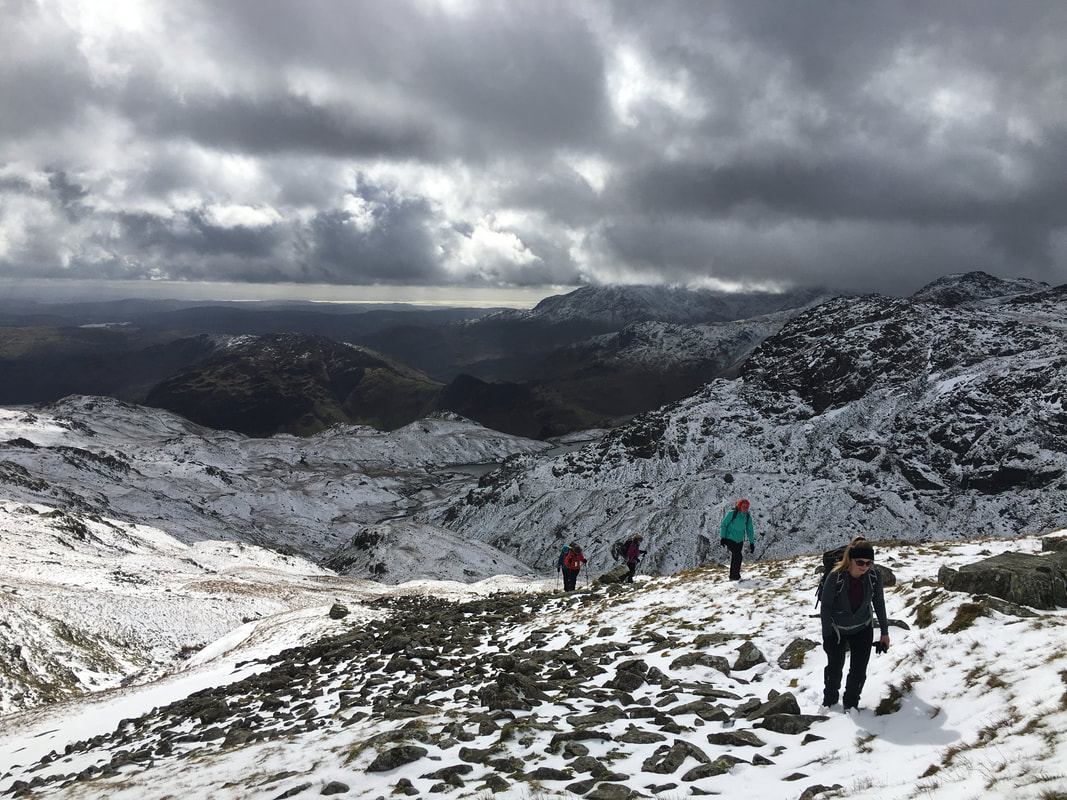 Once we had left Stickle Tarn we were out on our own and saw hardly a soul from here on in.
This is on the path to Sergeant Man with Stickle Tarn below - Wetherlam is to the rear with the Langdale Pikes on the right.

The summit of Sergeant Man 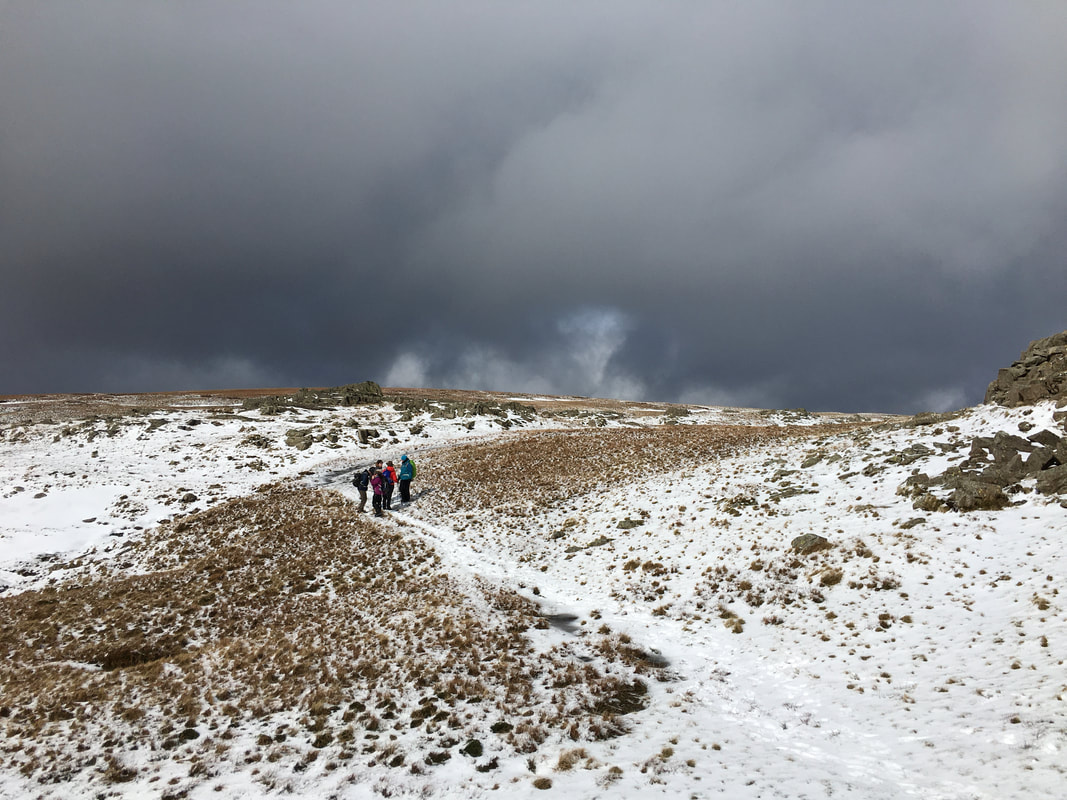 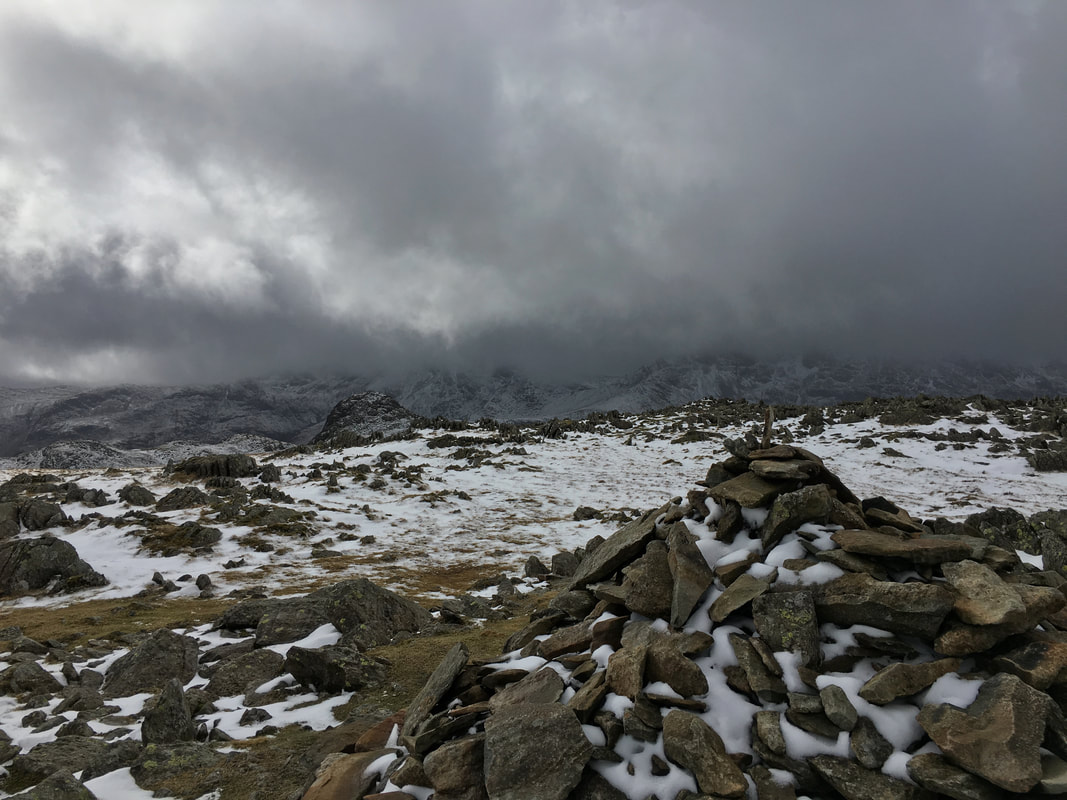 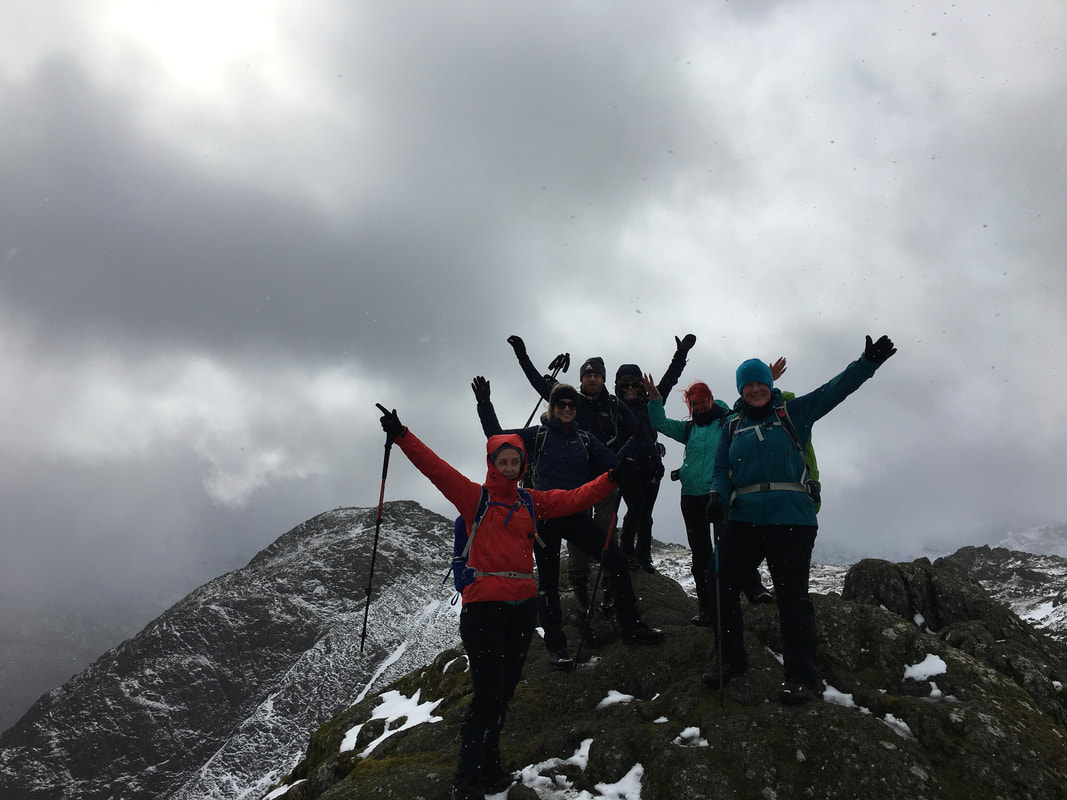 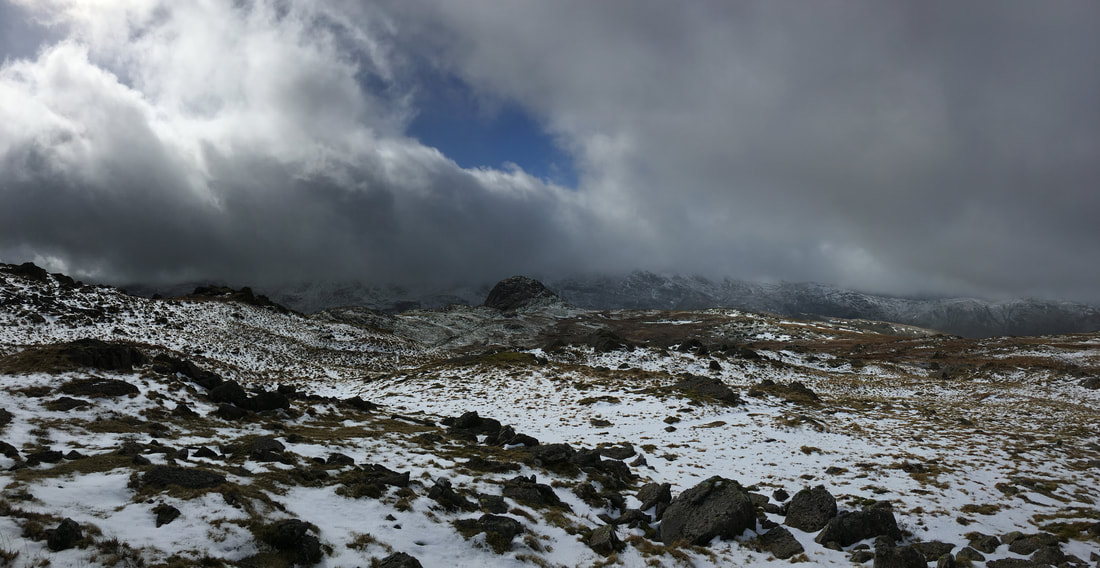 Pike O'Stickle from the transit to Harrison Stickle. It is a shame the view to the rear is in cloud as it is superb. Never mind. 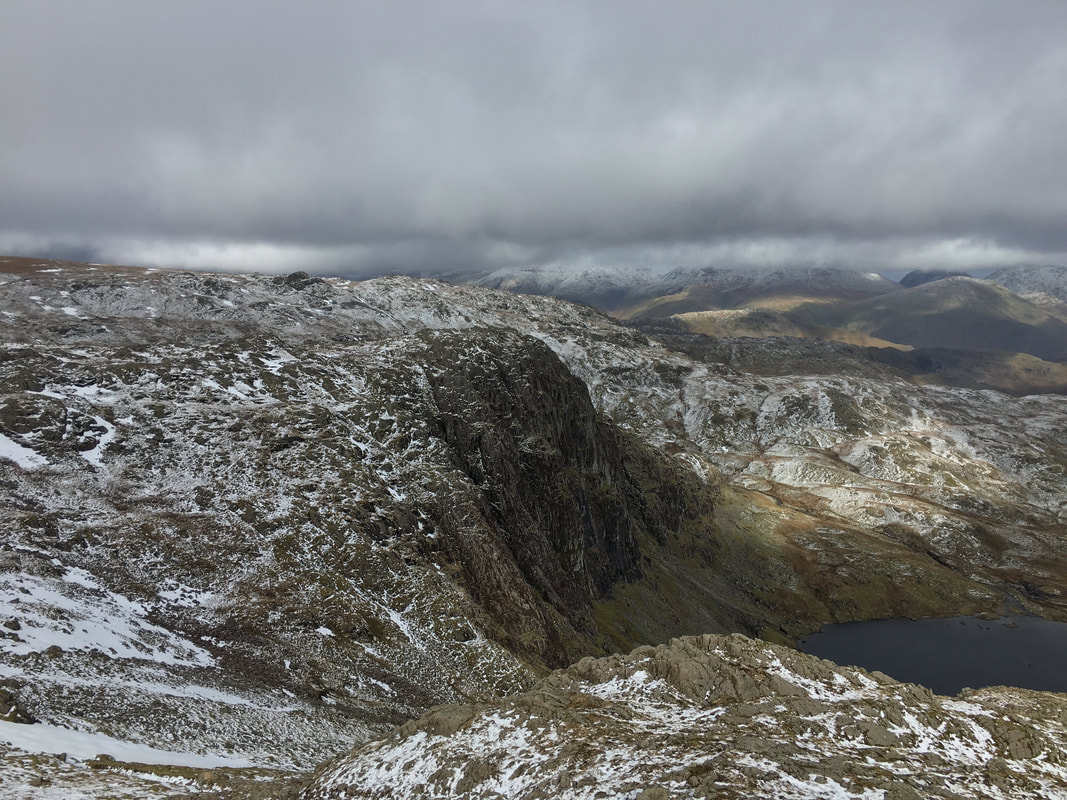 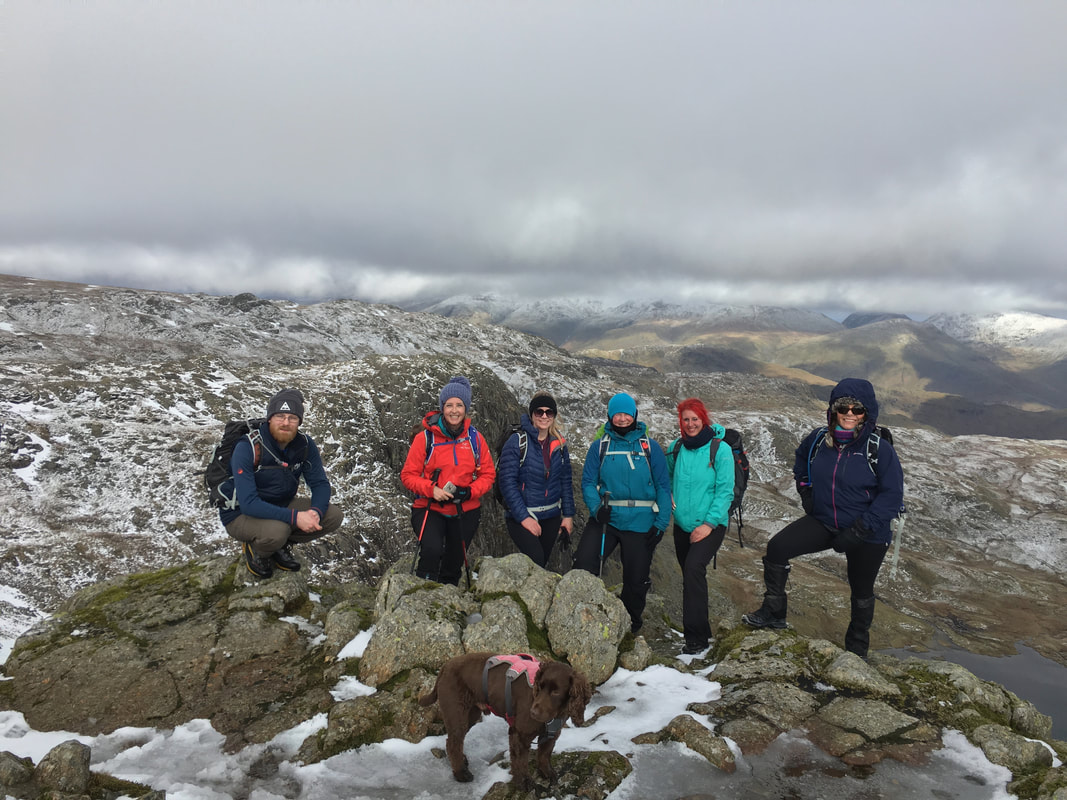 The summit of Harrison Stickle 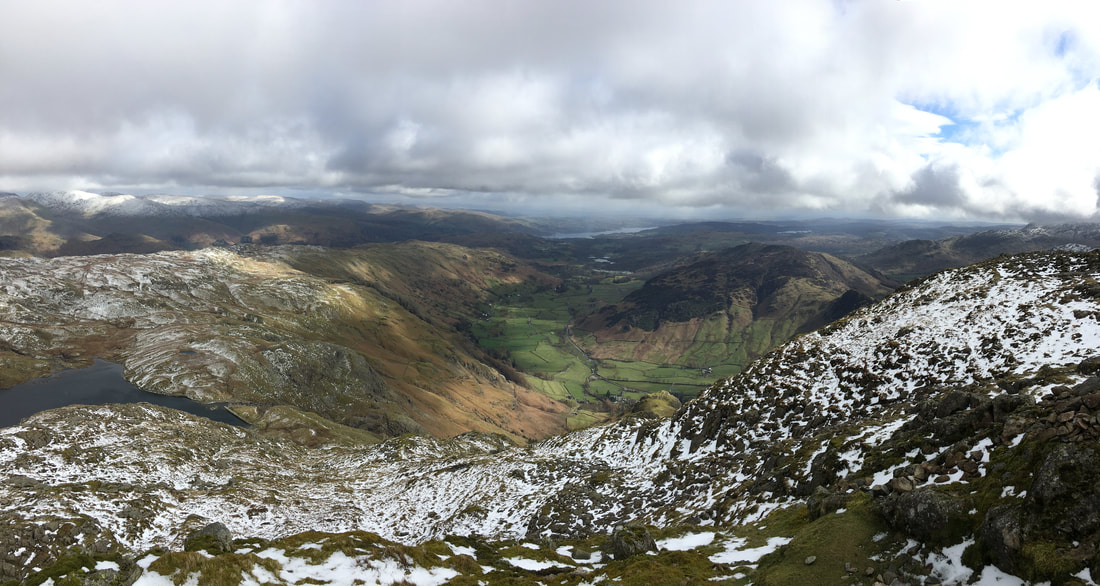 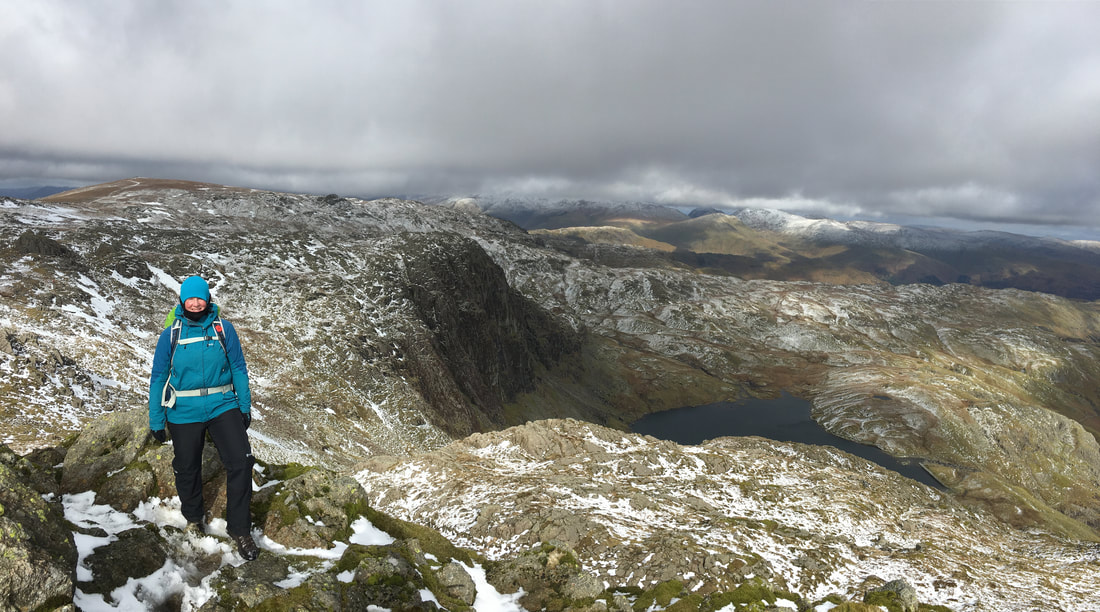 Angie on the summit of Harrison Stickle 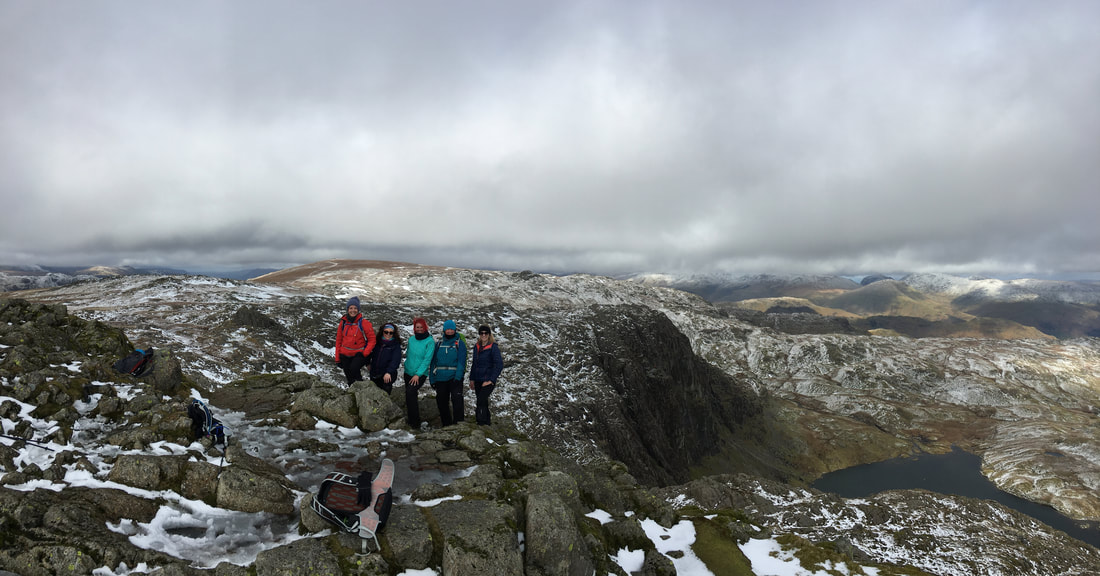 The Golden Girls on Harrison Stickle 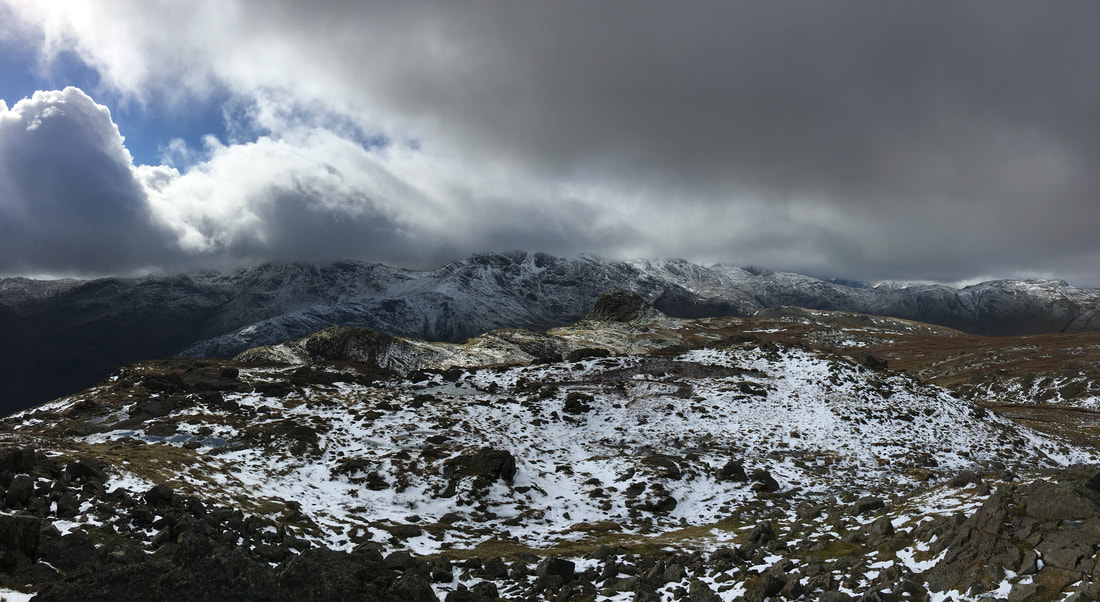 The route over to Pike O'Stickle from Harrison Stickle. There are a couple of routes over and both converge in Harrison Combe at a cairn. Today we took the route over to the right although with snow on the ground it cannot be seen. Bowfell, Ore Gap & Esk Pike are to the rear. 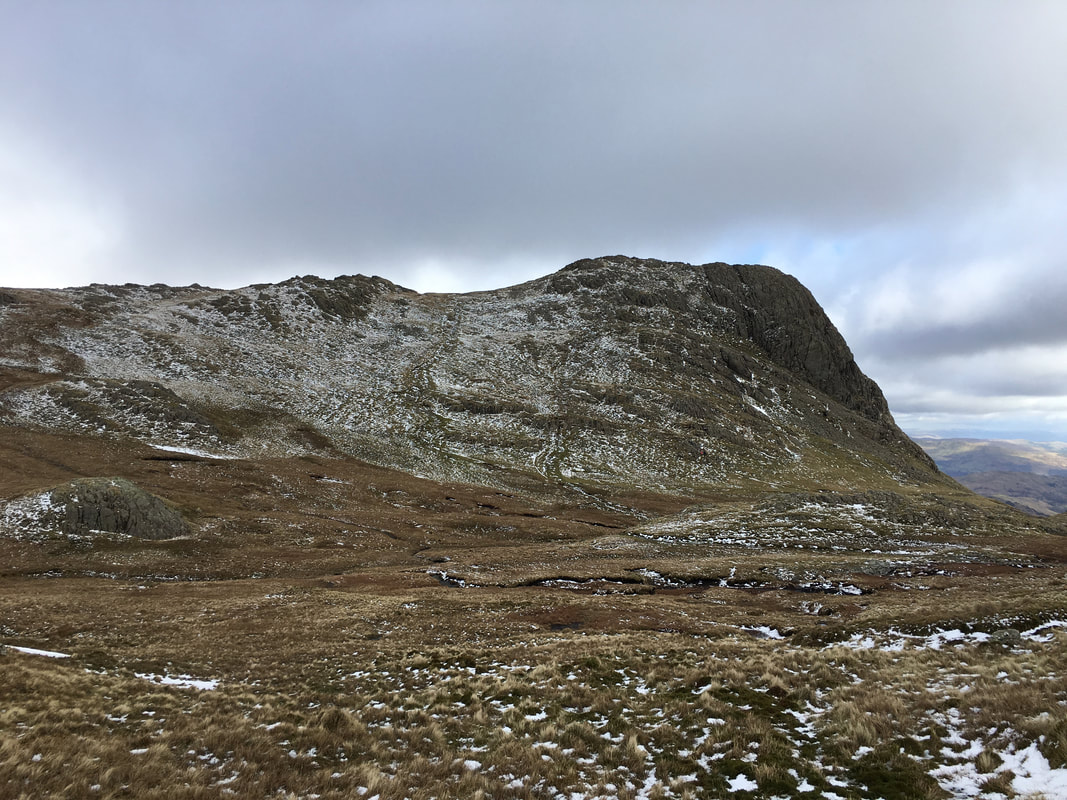 Harrison Stickle
The two routes off the mountain can now be seen. We took the one over to the left which was easier in today's conditions. 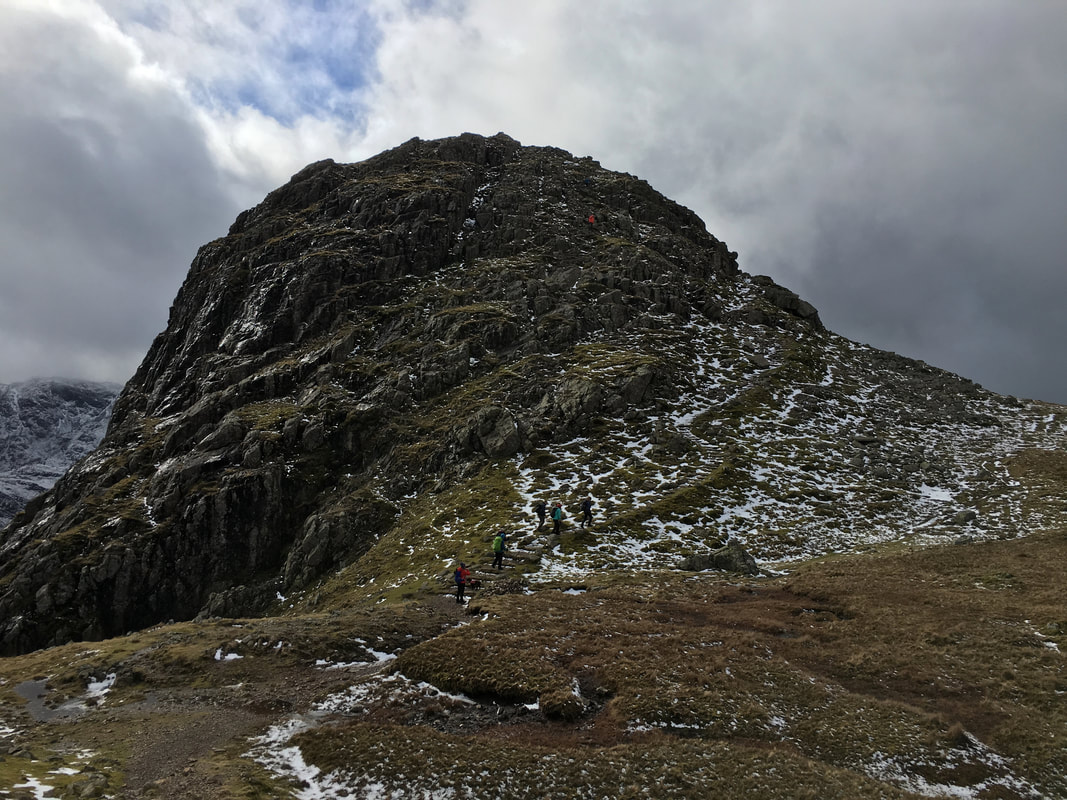 The ascent of Pike O'Stickle - whilst it looks daunting from here there is nothing to be afraid of.
​The summit is gained via one of two paths which are both around to the right hand side and are fairly easy scrambles. 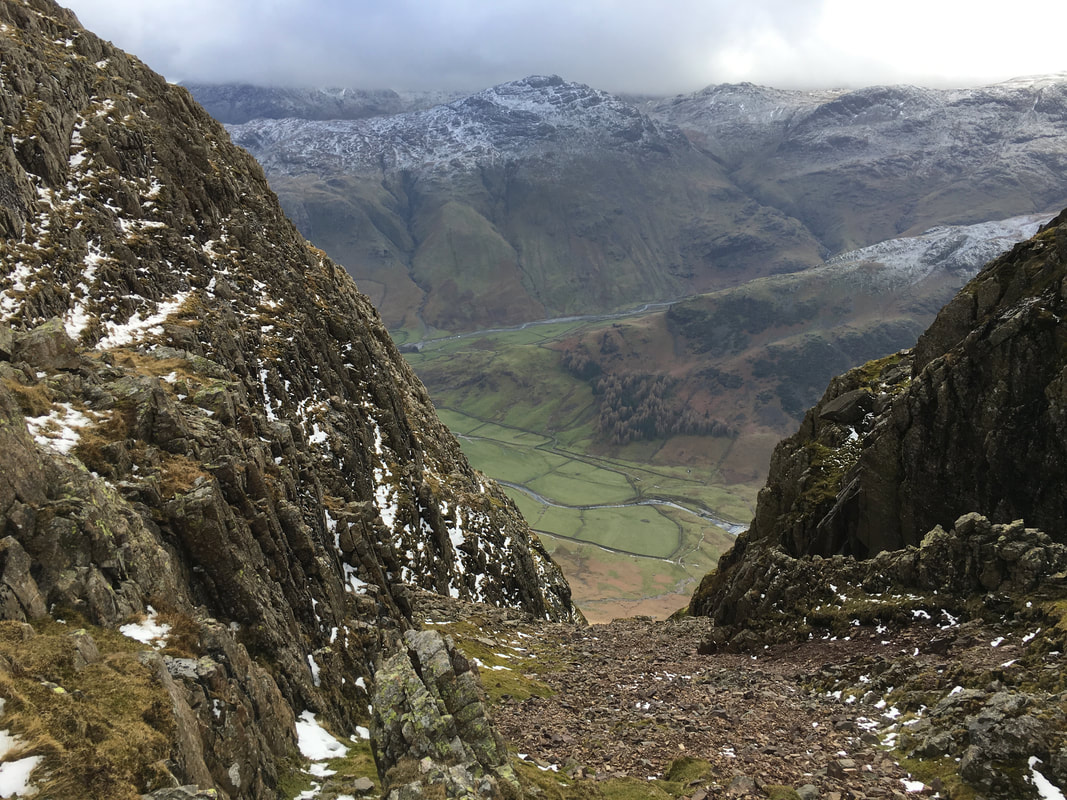 The more direct route to Pike O'Stickle with Mickleden below 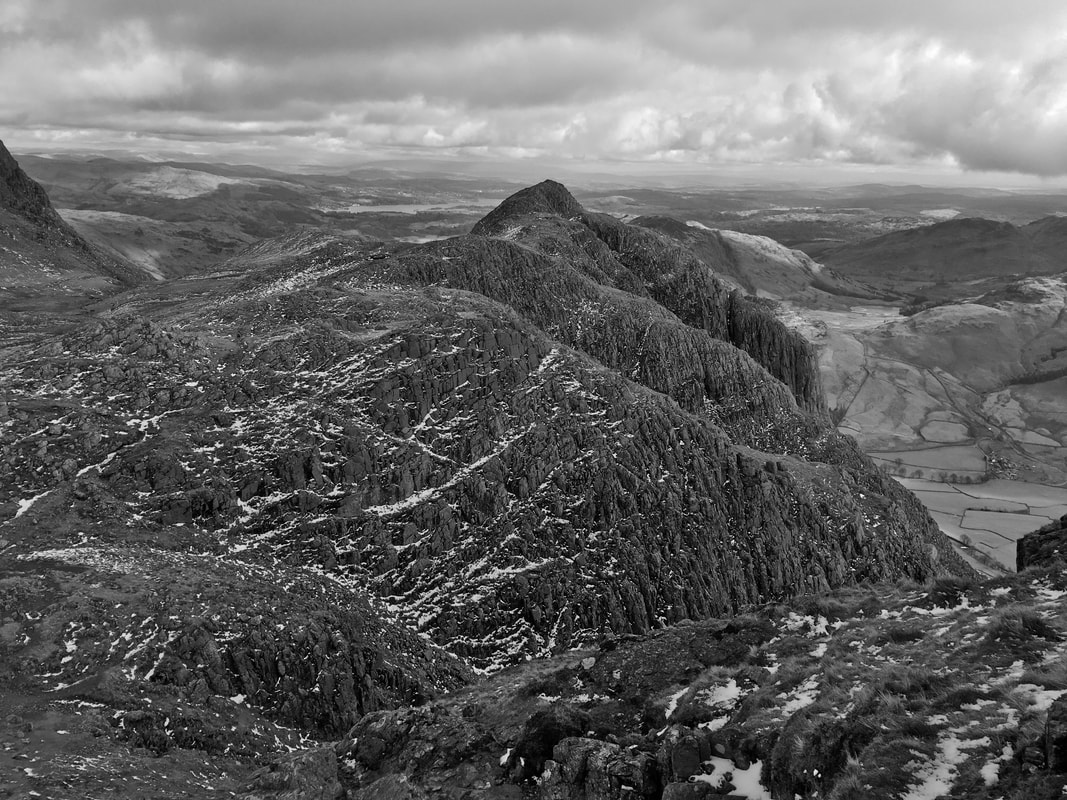 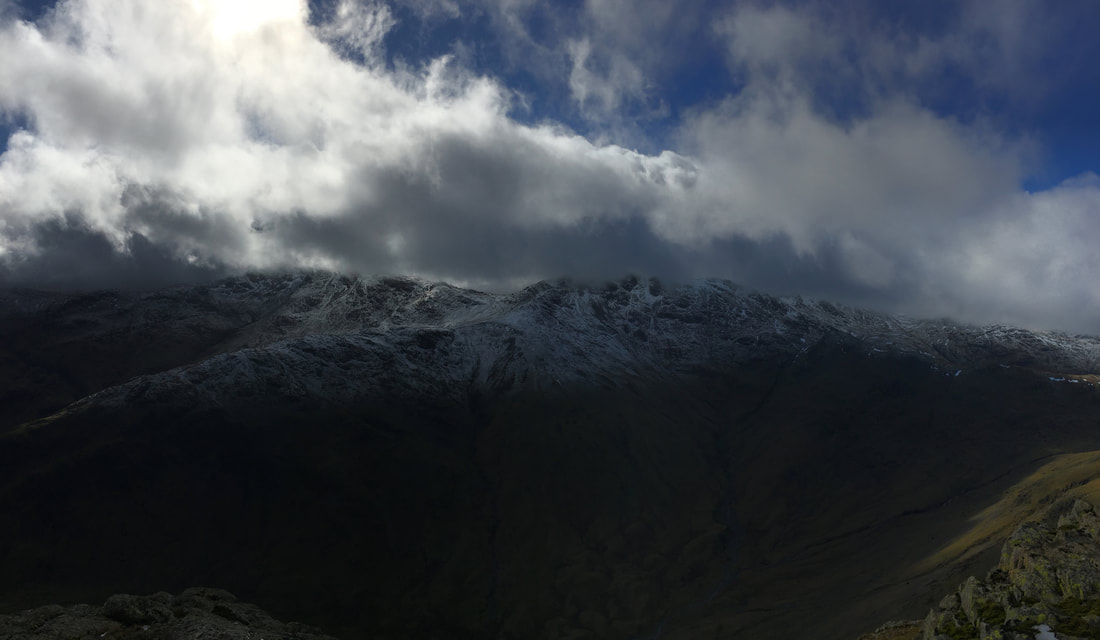 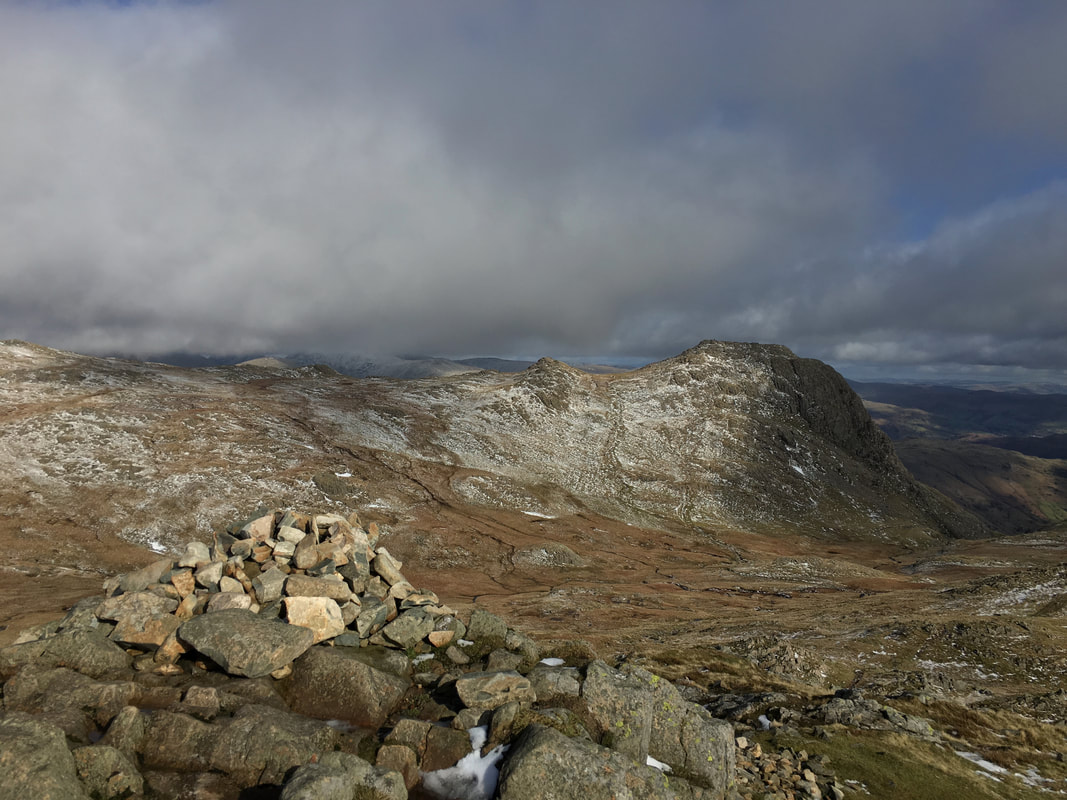 The summit of Pike O'Stickle looking to Harrison Stickle 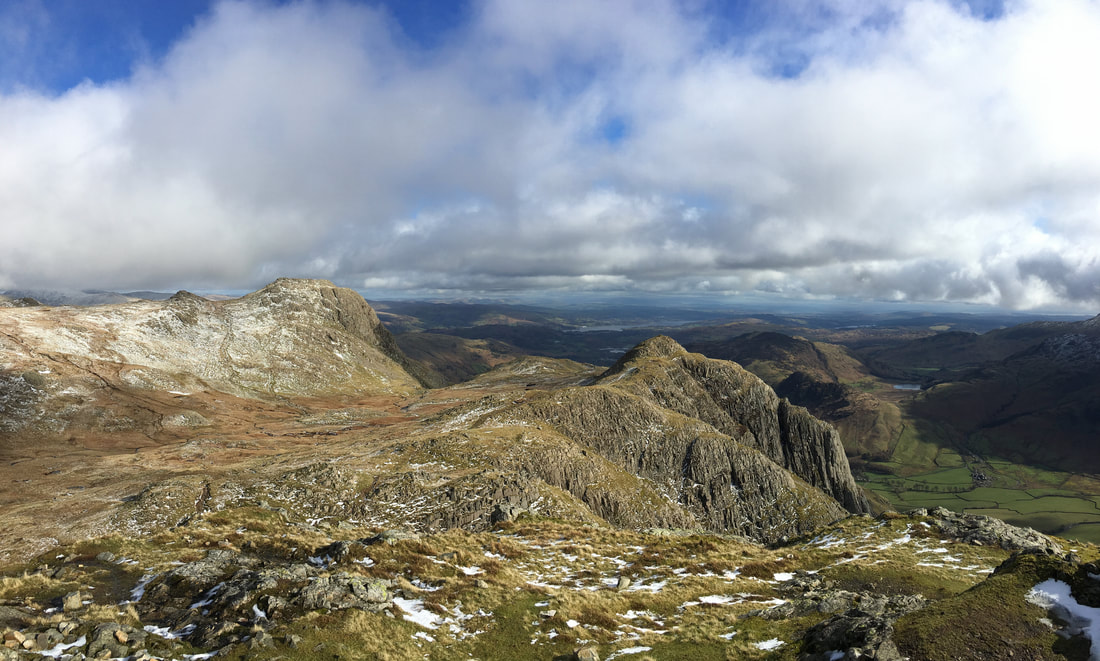 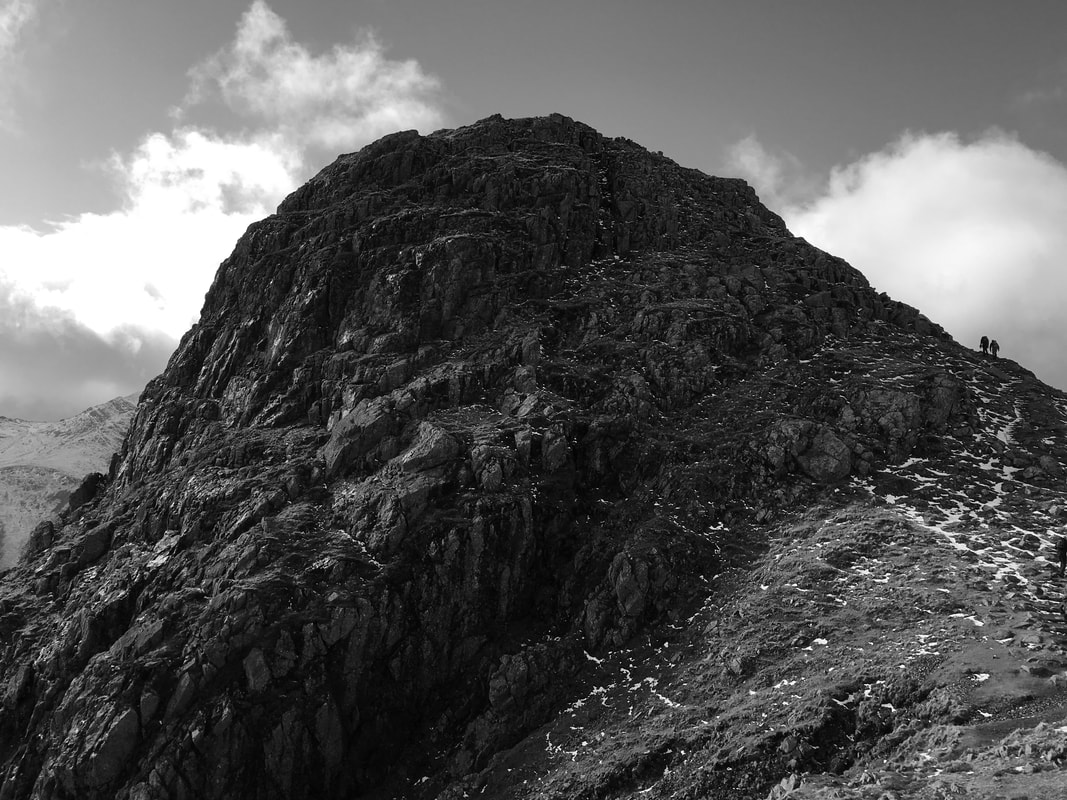 One of my favourite photographs of Pike O'Stickle 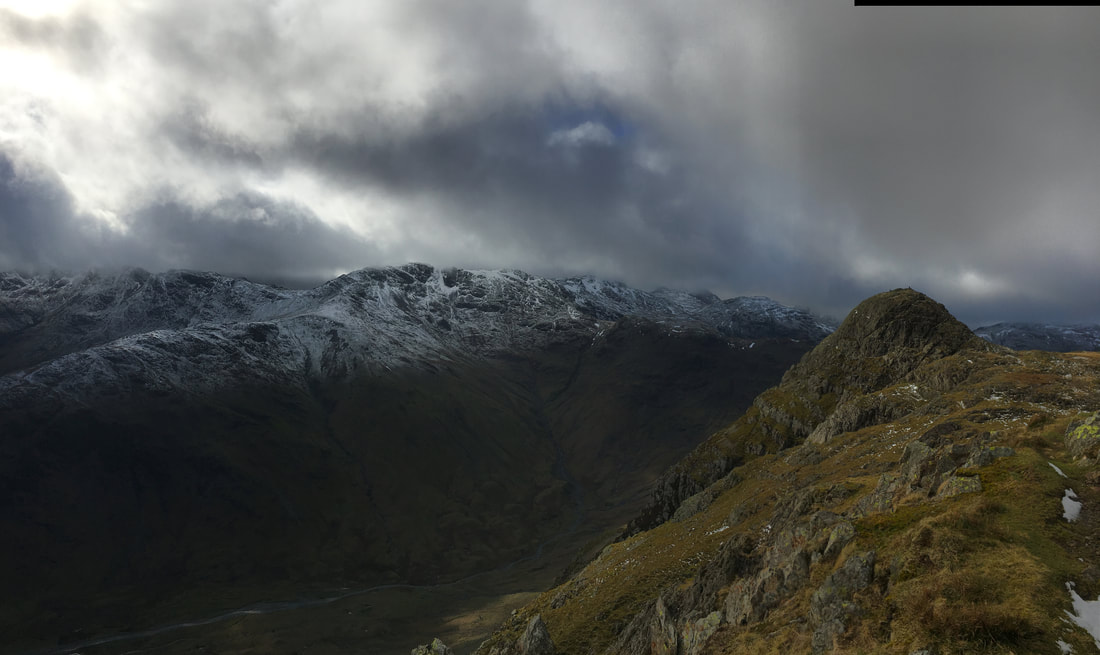 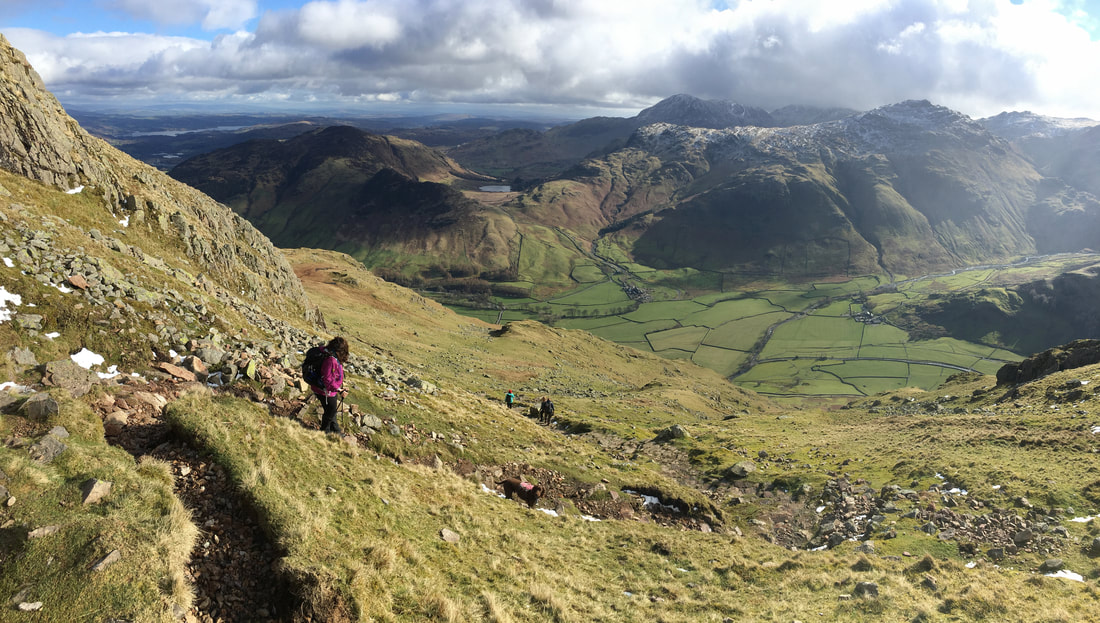 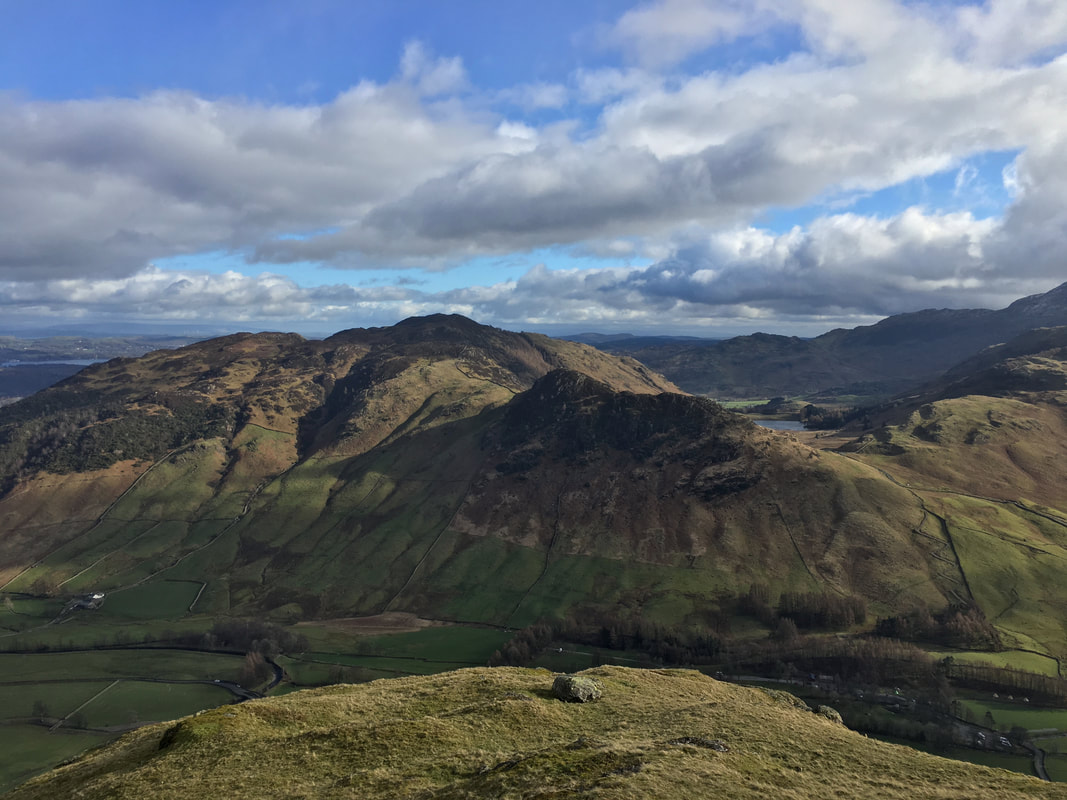 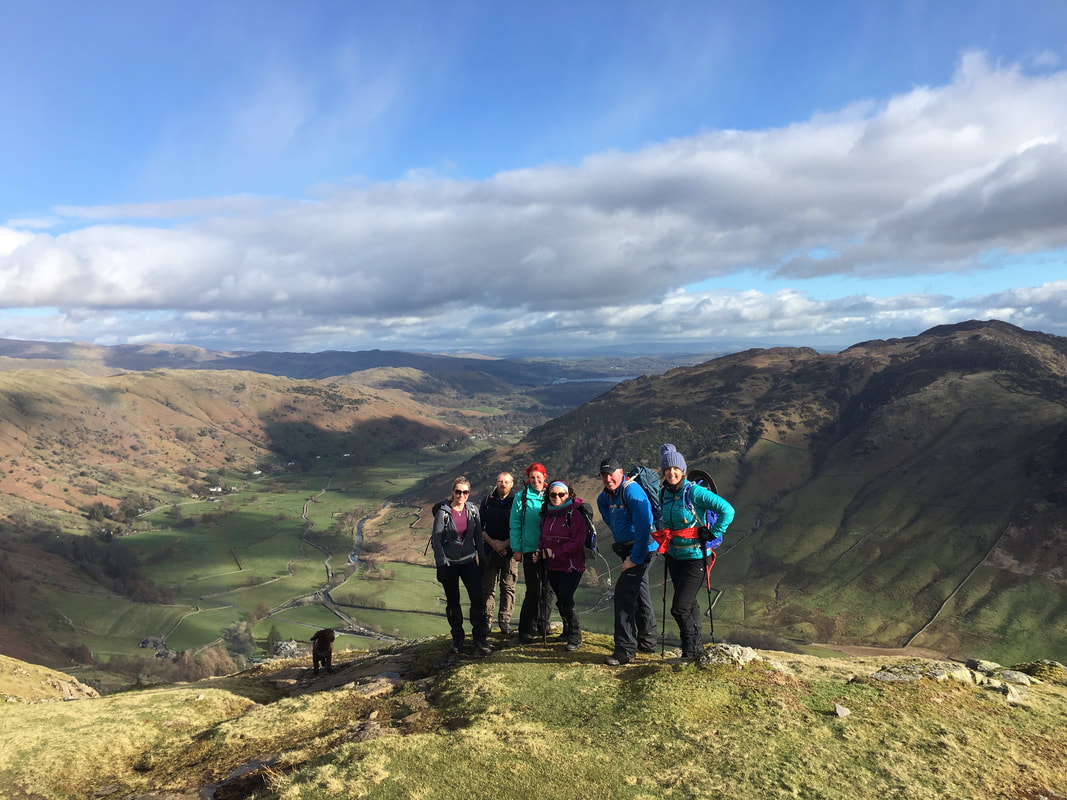 Right then - who is ready for a beer? 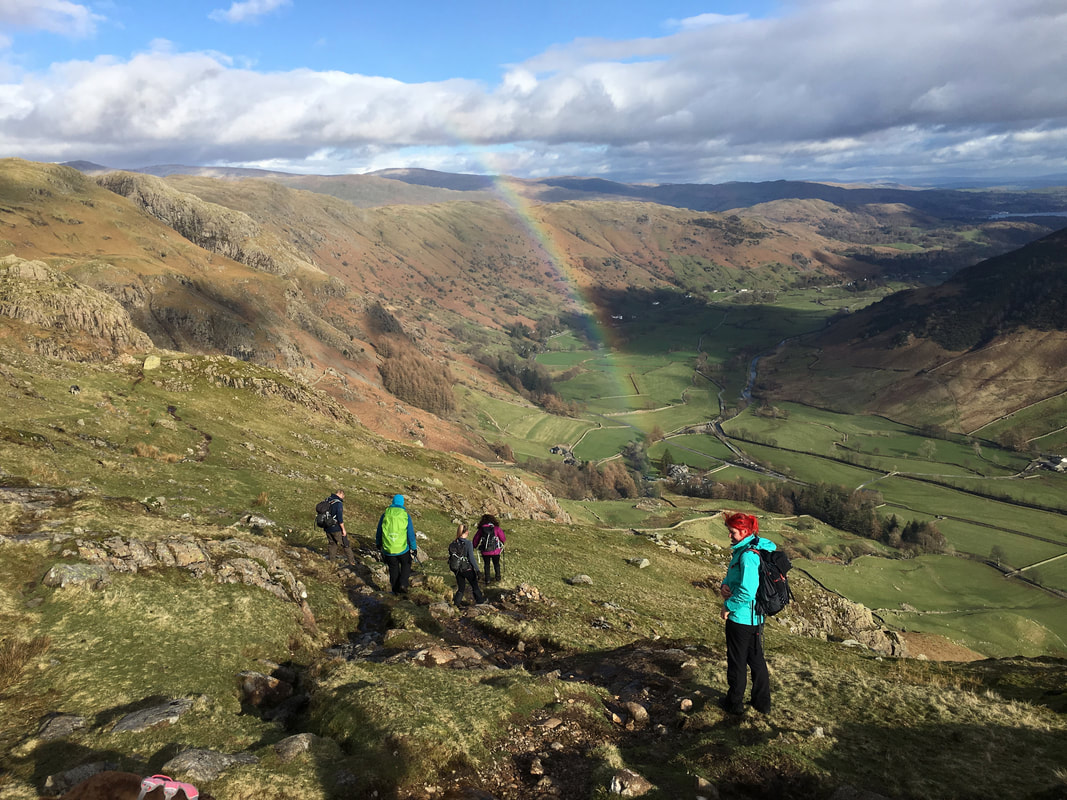 Continuing the descent via Mark Gate with an accompanying rainbow - just about summed up a fantastic day on the fells........ 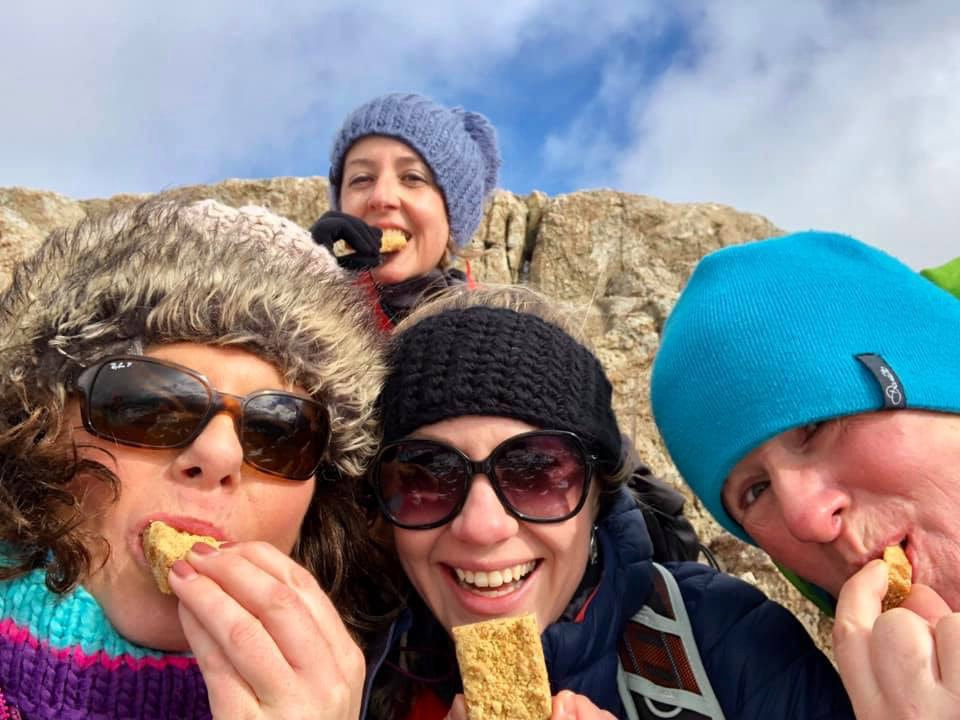 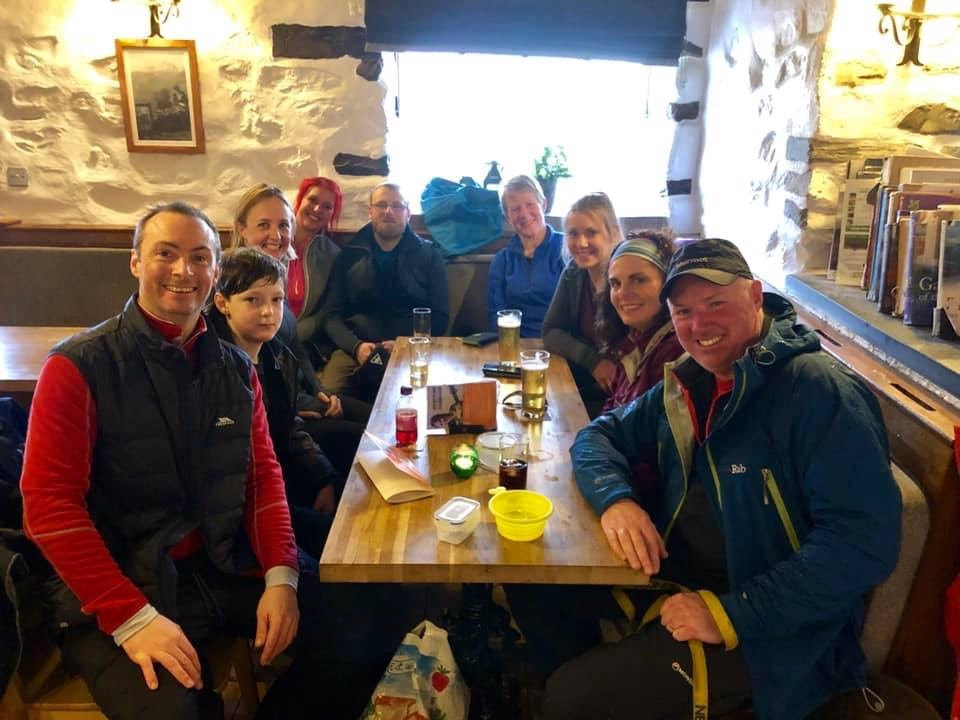 Cheers - always great to have a debrief, this time in The Sticklebarn in Great Langdale
Home
© Copyright Dave Walsh 2013 - 2021 All Rights Reserved