Generally good mountain paths throughout - the terrain between Thunacar Knott and Harrison Stickle is boggy in places.

For those people wishing to climb Pavey Ark via Jack's Rake please be aware that this route is a Grade 1 Scramble and is dangerous in the wet, ice and high winds.  The grooves of the Rake form a natural drainage channel and will therefore be extremely wet after rain.  On a dry day it is a challenging scramble of about 100m up a narrow rock trench, cutting diagonally across one of England’s most imposing cliff faces.  It is a mountain route with just about everything: spiky rock, exposure, superb views and a fair amount of adrenaline.

Sunny for the most part with light breezes

OL6 - The English Lakes (South Western Area)
If the above GPX file fails to download or presents itself as an XML file once downloaded then please feel free to contact me and I will send you the GPX file via e-mail.  ​ 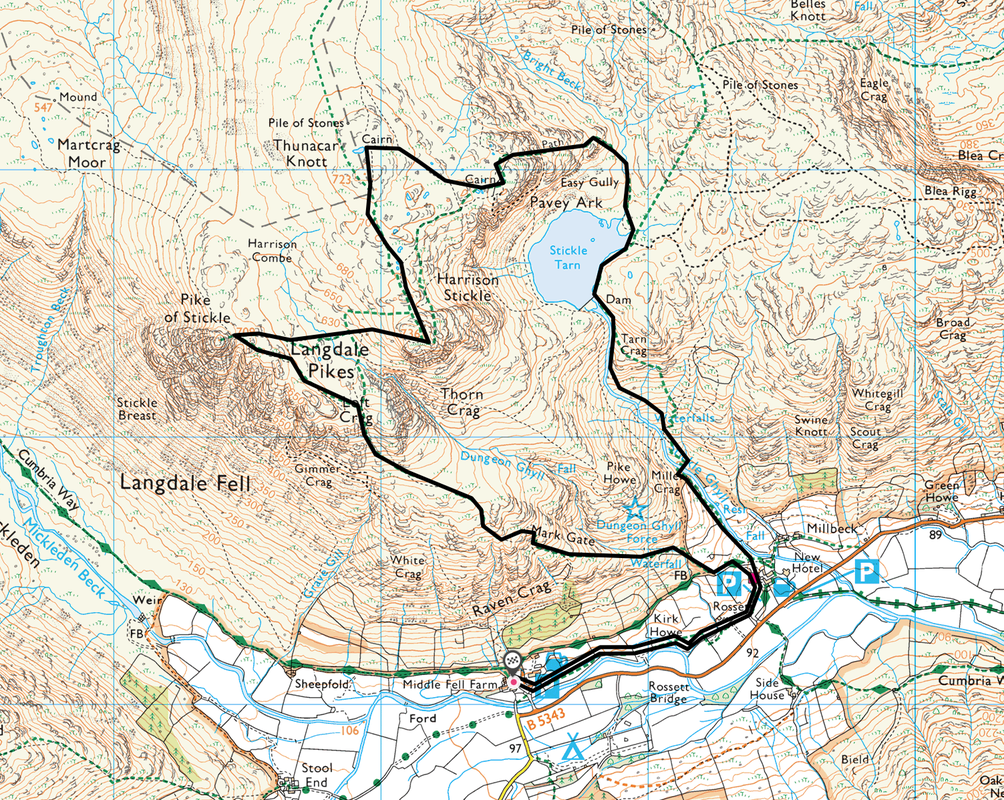 Just me (Dave) out today with Fudge for company as we travelled out to beautiful Langdale to join up with Lakeland Meet Ups for a walk over the Langdale Pikes. This was the first time I had met up with the group therefore I was looking forward to meeting like minded people and making new friends along the way. There were two options to todays walk - either summit Pavey Ark via Jack's Rake or transit around the more easier Eastern side via North Rake. Jack's Rake is no place for a dog therefore today Fudge & I chose the easier option as did a few others within the group. I have been up and around the Langdale Pikes many times and never tire of them. They have lots to offer - exciting climbing and scrambling, superb views and they tend not to get as busy as some of the other Lakeland hotspots.

The group were meeting up at New Dungeon Ghyll, however I parked a little further up the valley at Old Dungeon Ghyll and, in company with Heidi and her dog Elise walked the 1/2 mile or so across the fields to meet up with everybody else outside The Sticklebarn. Introductions made it was time for the off and we headed to the Stickle Ghyll path which is accessed via the gate to the rear of the Sticklebarn. For the first half mile or so the path rose gently along the left hand side of the Ghyll before crossing at a footbridge. With the impressive sight of Tarn Crag towering above, the path then started to increase in gradient as we ascended to Stickle Tarn. Nearing the Tarn, Pavey Ark the first of today's peaks came into view - the spectacular rock face is a magnificent sight as it towers above the waters of Stickle Tarn.

A little further on to the north of Stickle Tarn it was time for the group to split up - those with four legged friends plus a few others headed off to North Rake whilst the remainder made their way over to Jack's Rake with the intention of regrouping on the summit of Pavey Ark. The route up via North Rake is fairly straightforward and gains the summit via a steep path through a breach in the crags. Once on the rocky summit there is a fantastic panoramic view in all directions and after a short stop we transited around the top to locate the exit point from Jack's Rake where soon enough the rest of the group appeared. After a bit of lunch we decided to add in another fell in for good measure therefore made the short journey over to the Wainwright summit of Thunacar Knott

Leaving Thunacar it was about a half a mile transit over sometimes boggy ground to reach the base of Harrison Stickle from where there is a short, steep but nevertheless easy scramble to gain the summit. From here there is a superb view over to Pike O'Stickle - a rounded, rocky protuberance which looks inviting from this spot. Descending steeply, the walk over to the foot of Pike O'Stickle is a delight and reaching this point there then begins a short scramble via several paths to finally attain the summit which gives superb views back to Harrison Stickle and over the valley to Bowfell, The Crinkles and The Scafell Range. It is worth lingering for a while on Pike O'Stickle and we did just that before descending carefully from the summit to join the path over to our final summit of the day, Loft Crag. All that remained was to negotiate the long but enjoyable descent down Mark Gate back to the Sticklebarn.

​I really enjoyed today - the Langdale Pikes never disappoint and provide wonderful and interesting walking that is best saved for a day where the views can be enjoyed in good visibility. Many thanks to my walking companions for making this a day to remember. 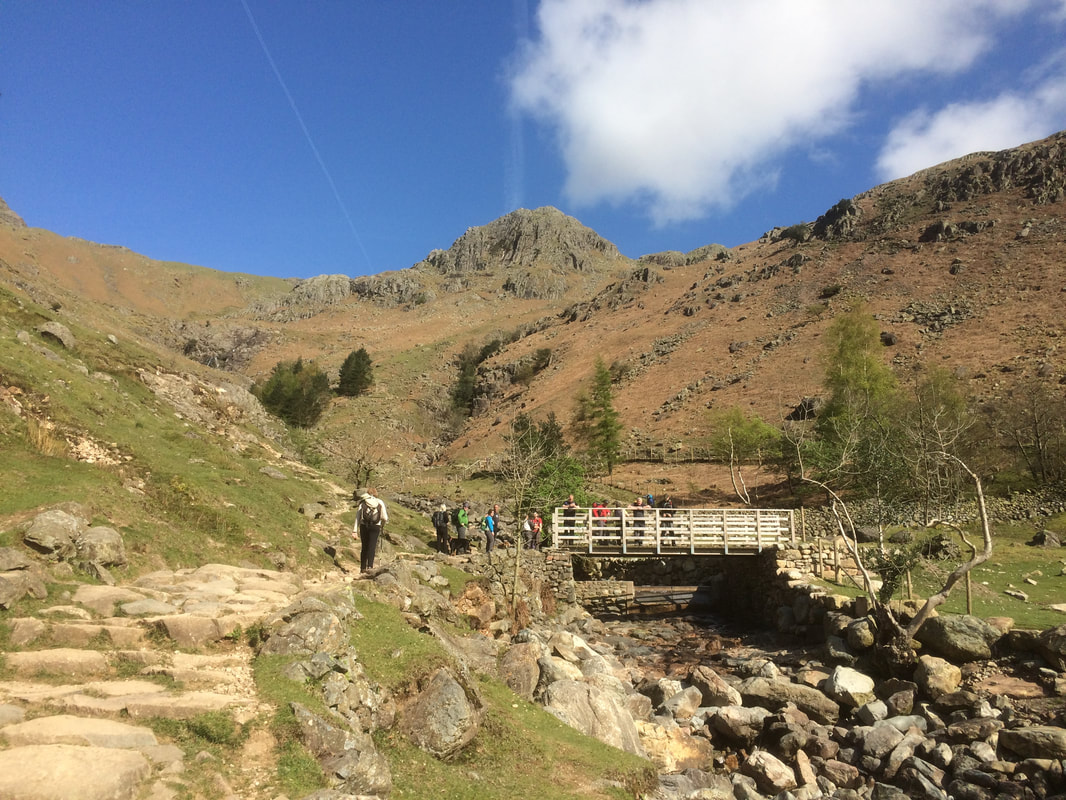 The footbridge crossing Stickle Ghyll with Tarn Crag ahead 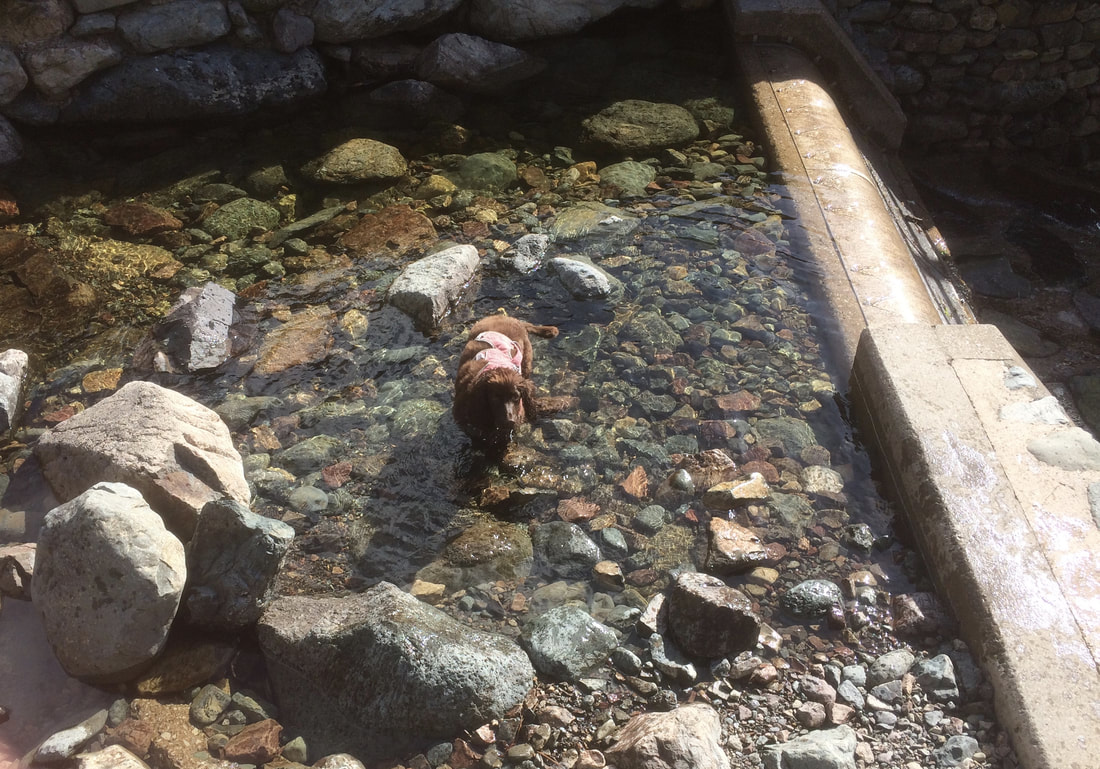 Any chance and he is in - Fudge in Stickle Ghyll 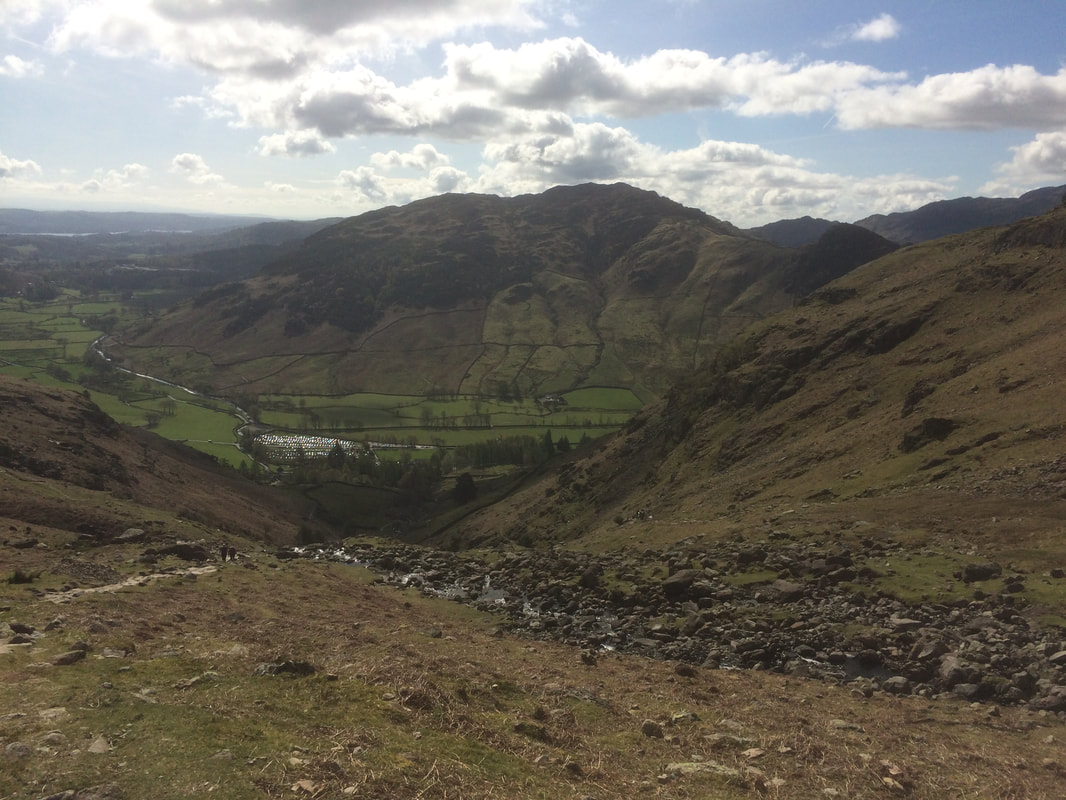 An overcast view looking back into Langdale from the Stickle Tarn path.  Lingmoor Fell is centre with Side Pike to the right 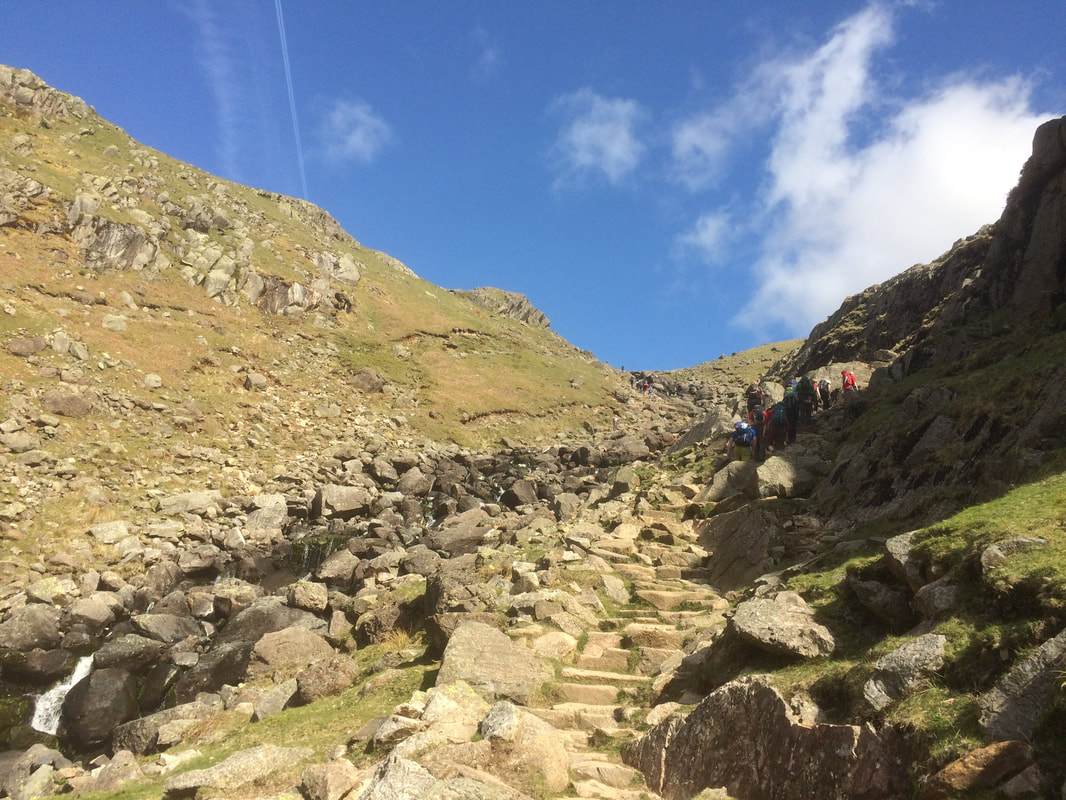 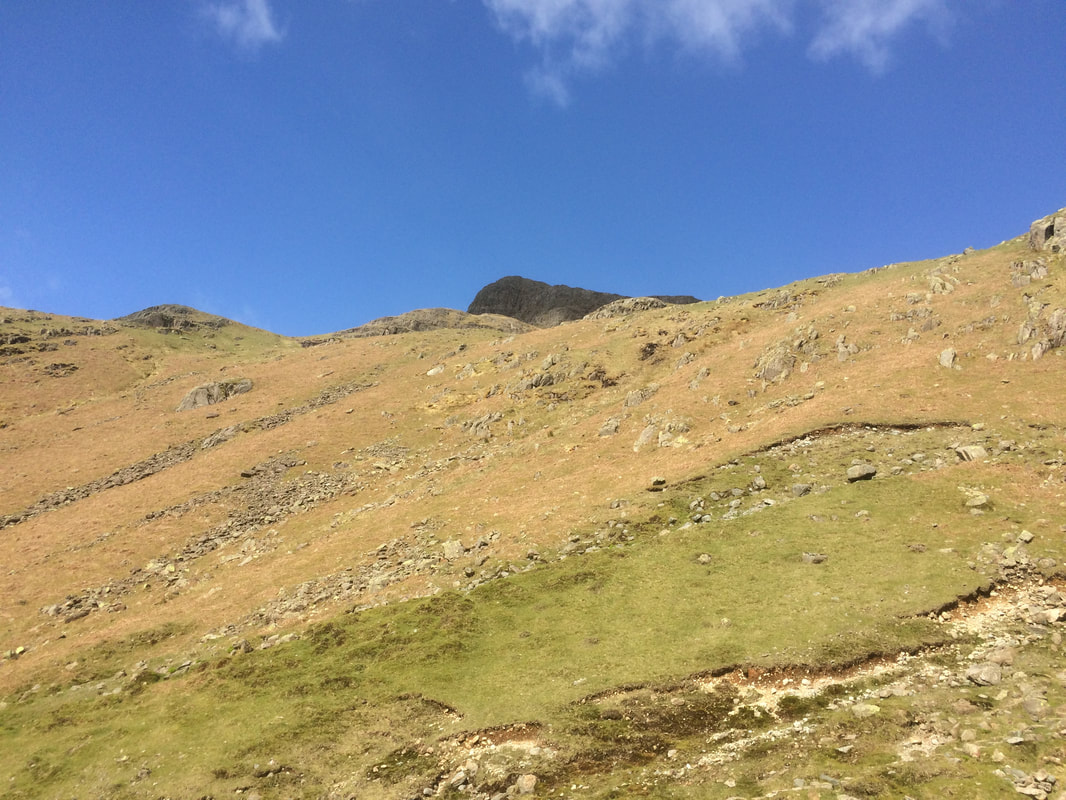 Harrison Stickle peeping out as we near Stickle Tarn 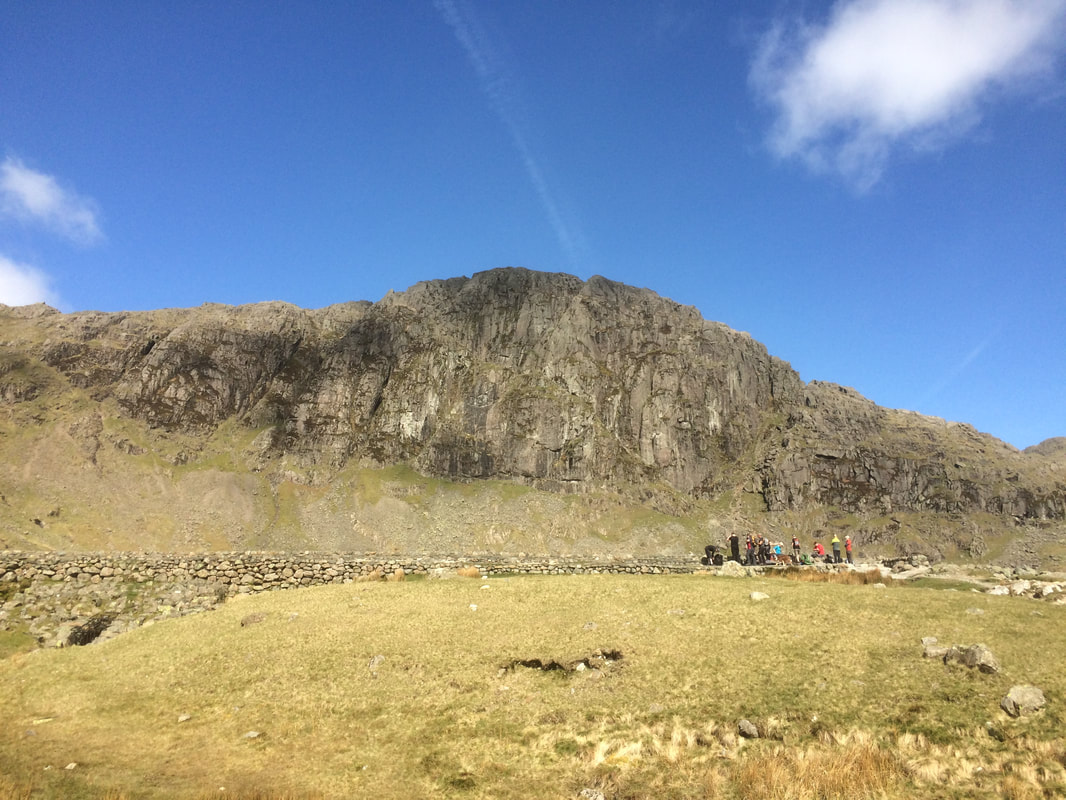 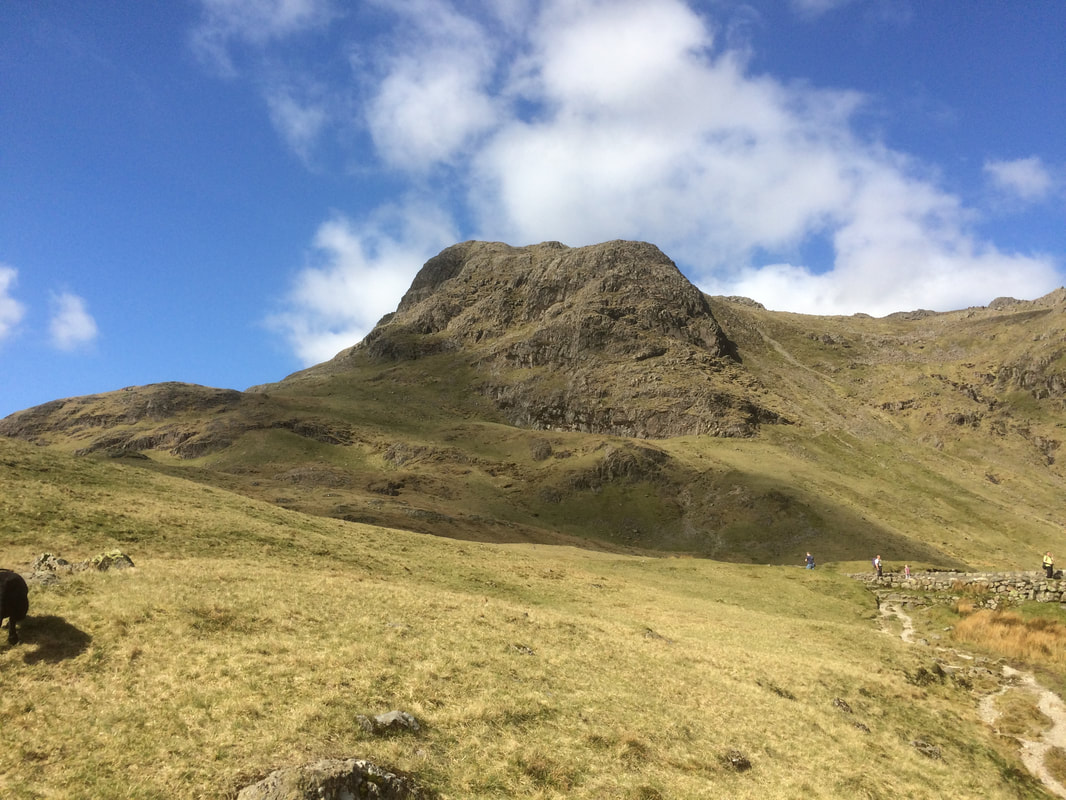 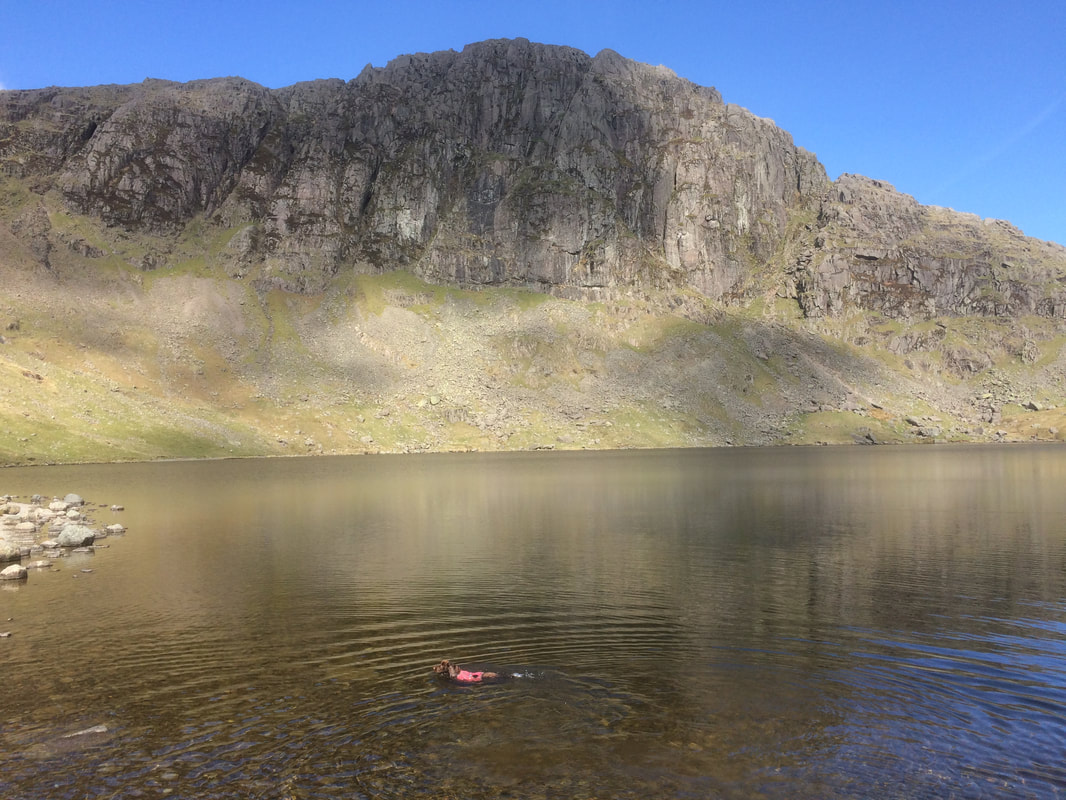 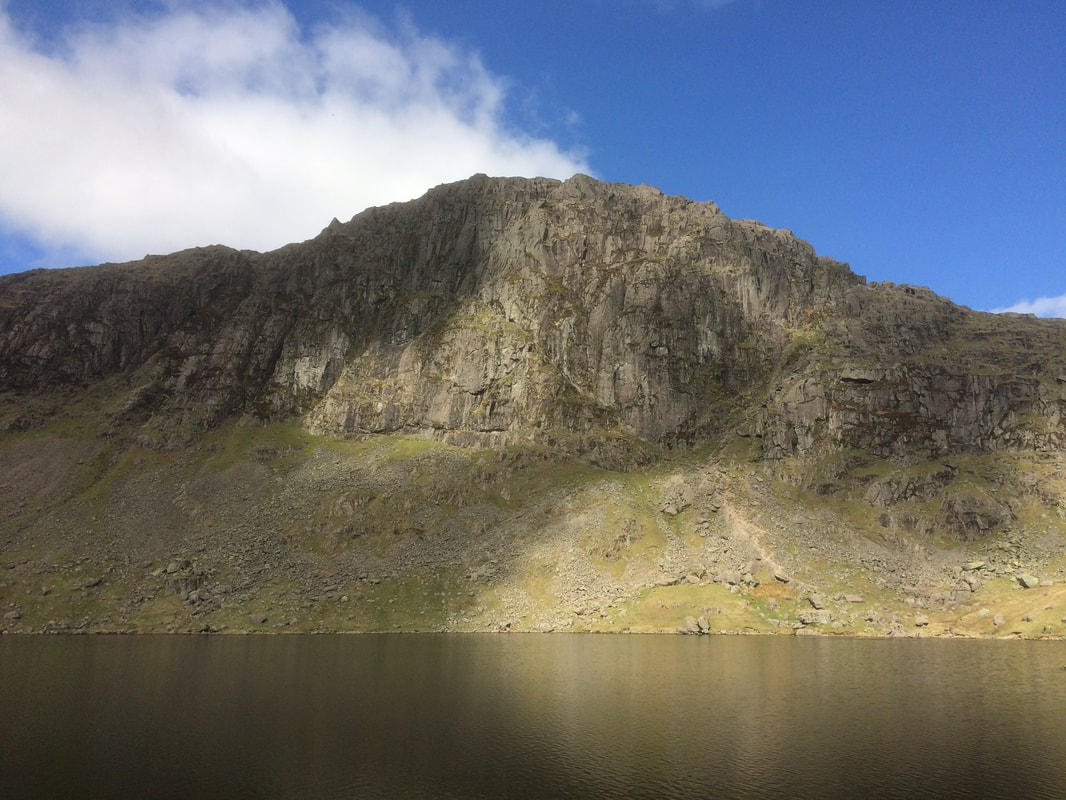 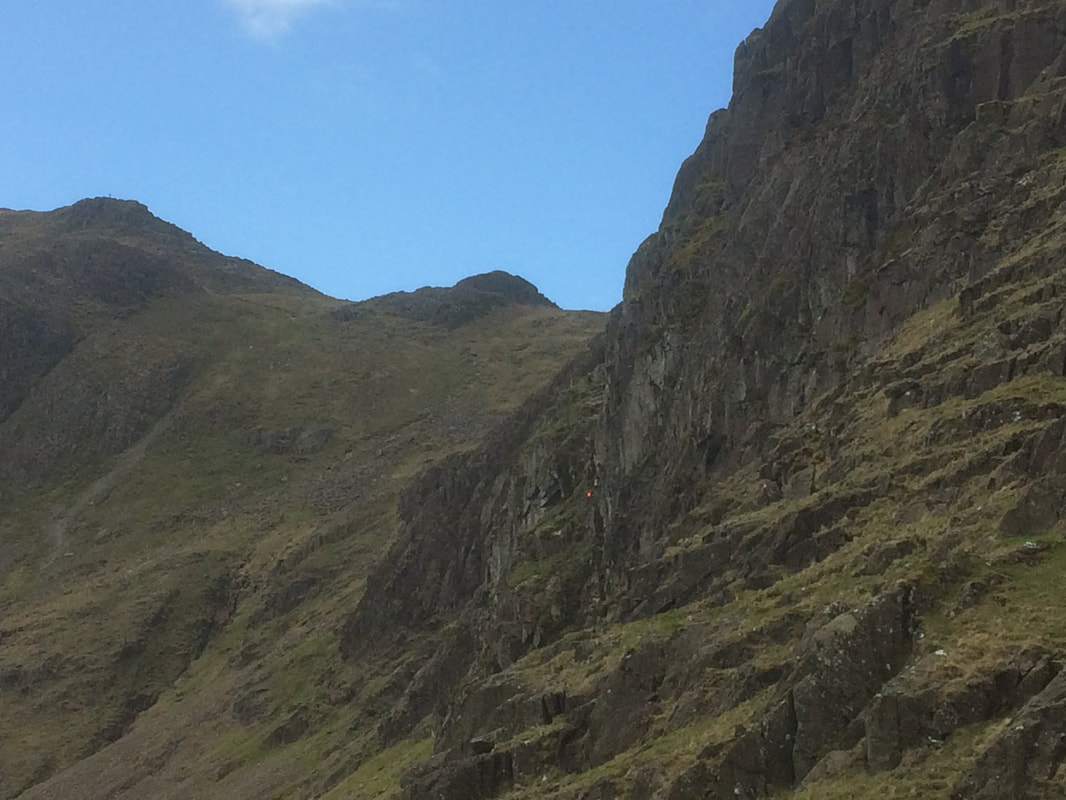 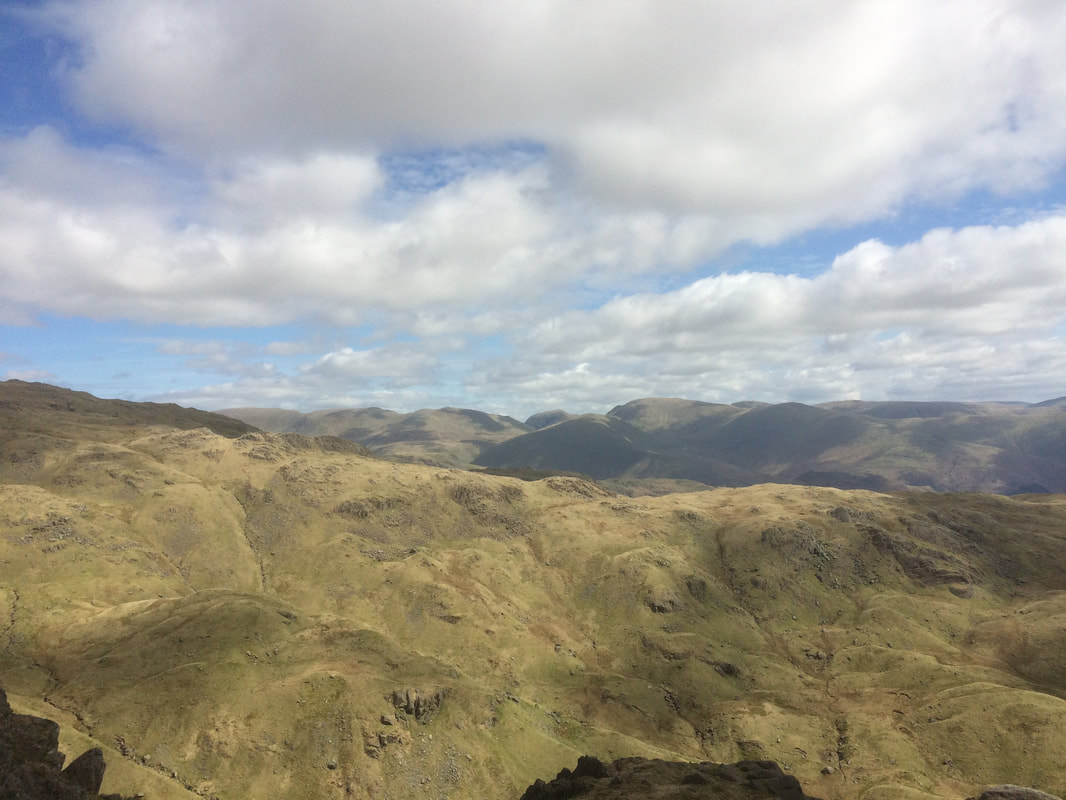 Looking to the Fairfield & Helvellyn ranges from Pavey Ark 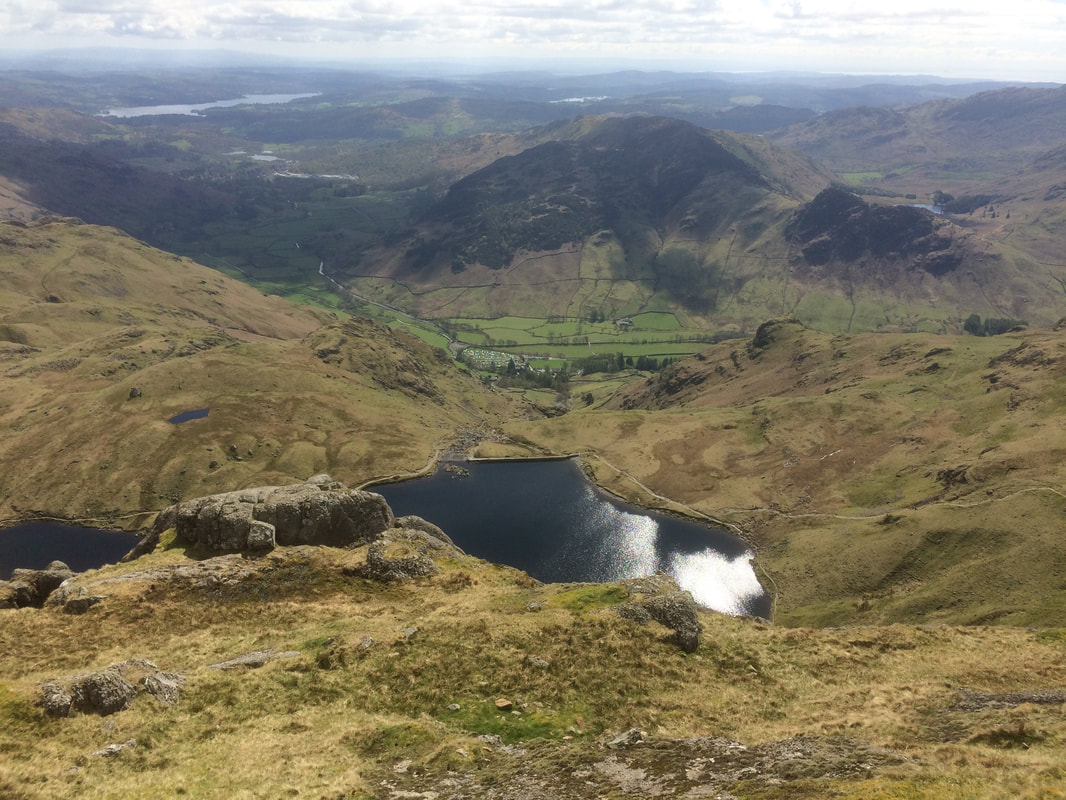 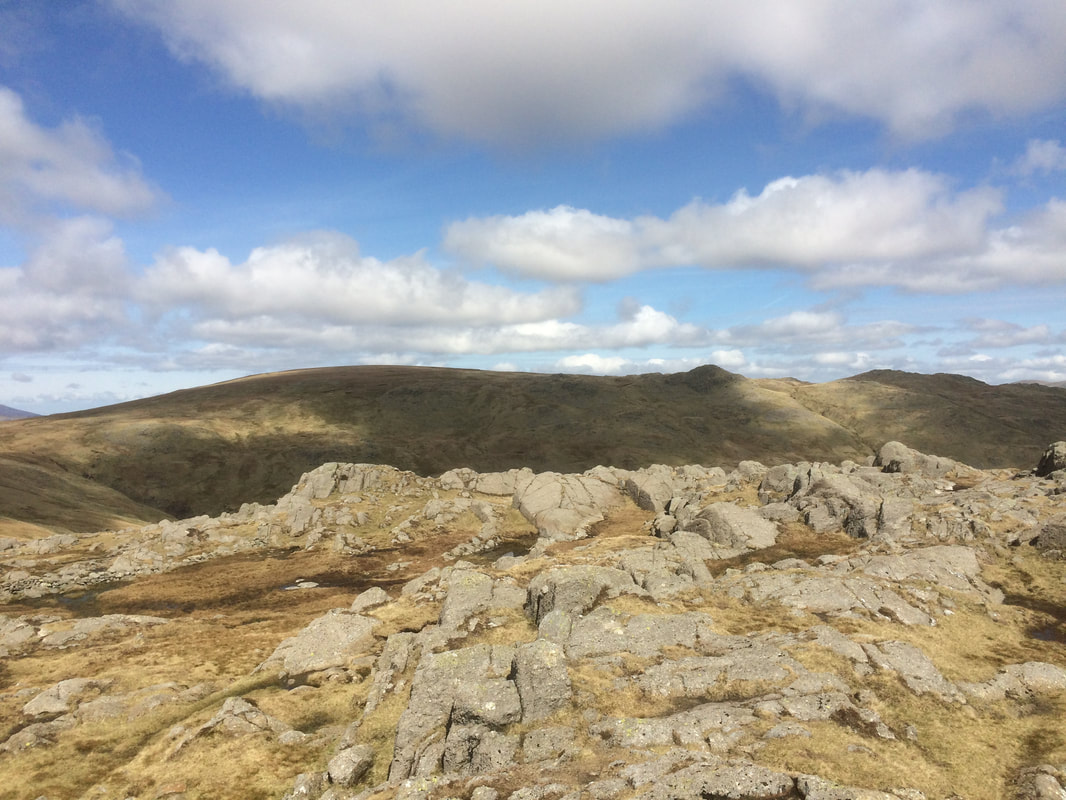 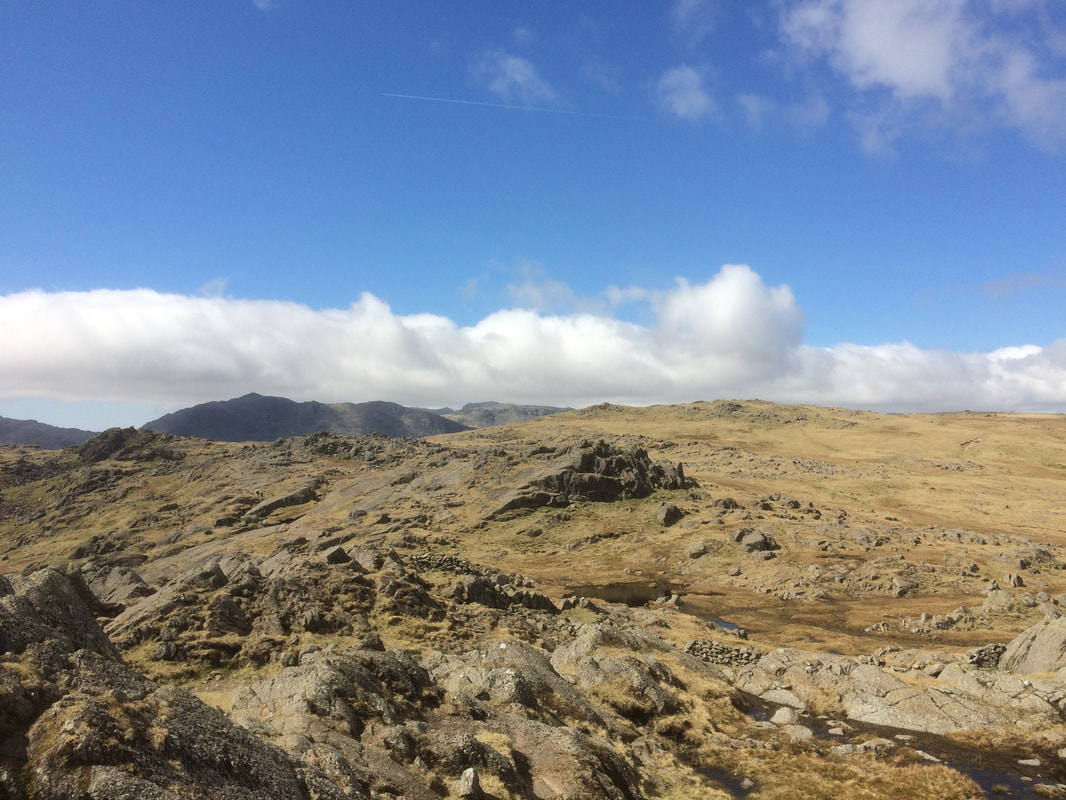 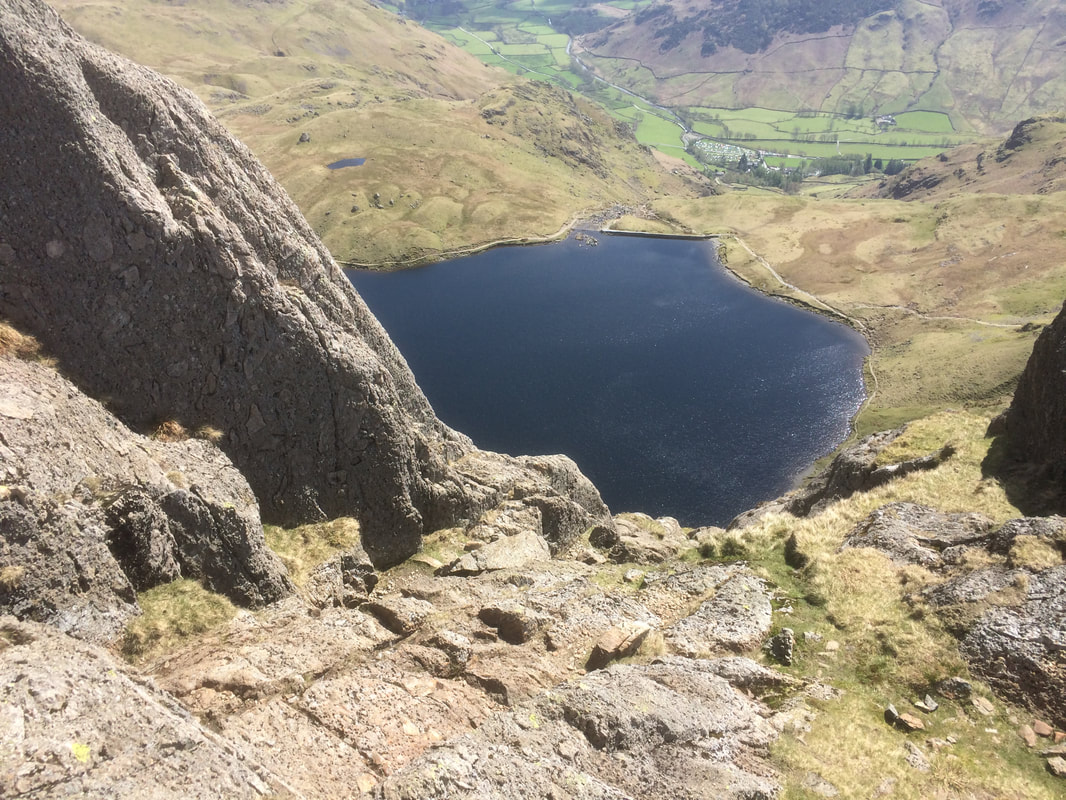 The top of Jack's Rake looking down to Stickle Tarn - people from the meet up should pop out any minute..... 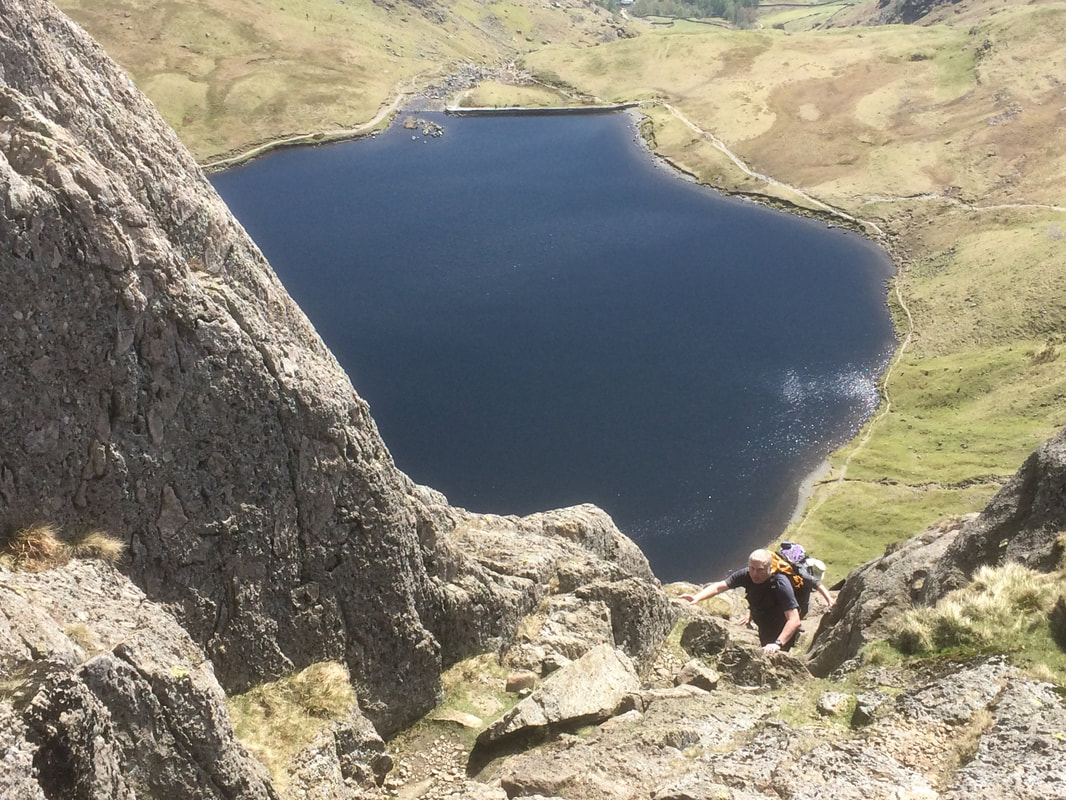 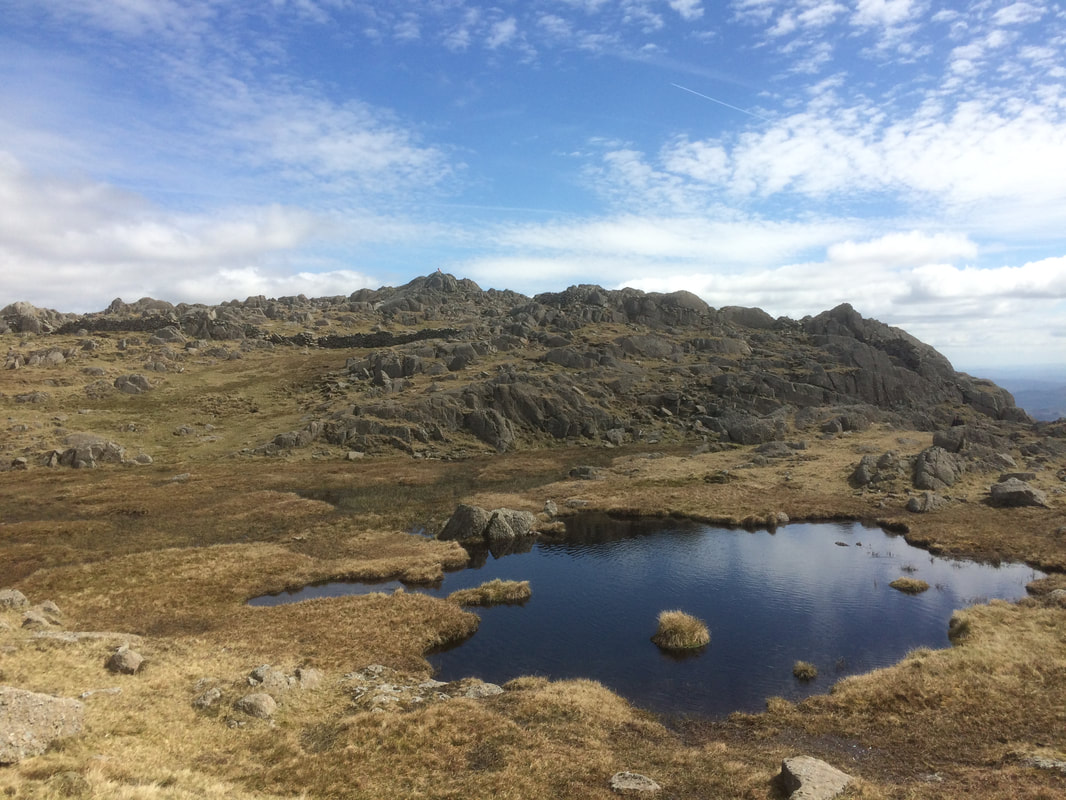 Looking back to Pavey Ark from the path to Thunacar Knott

Just a great panorama over towards Bowfell & The Scafells 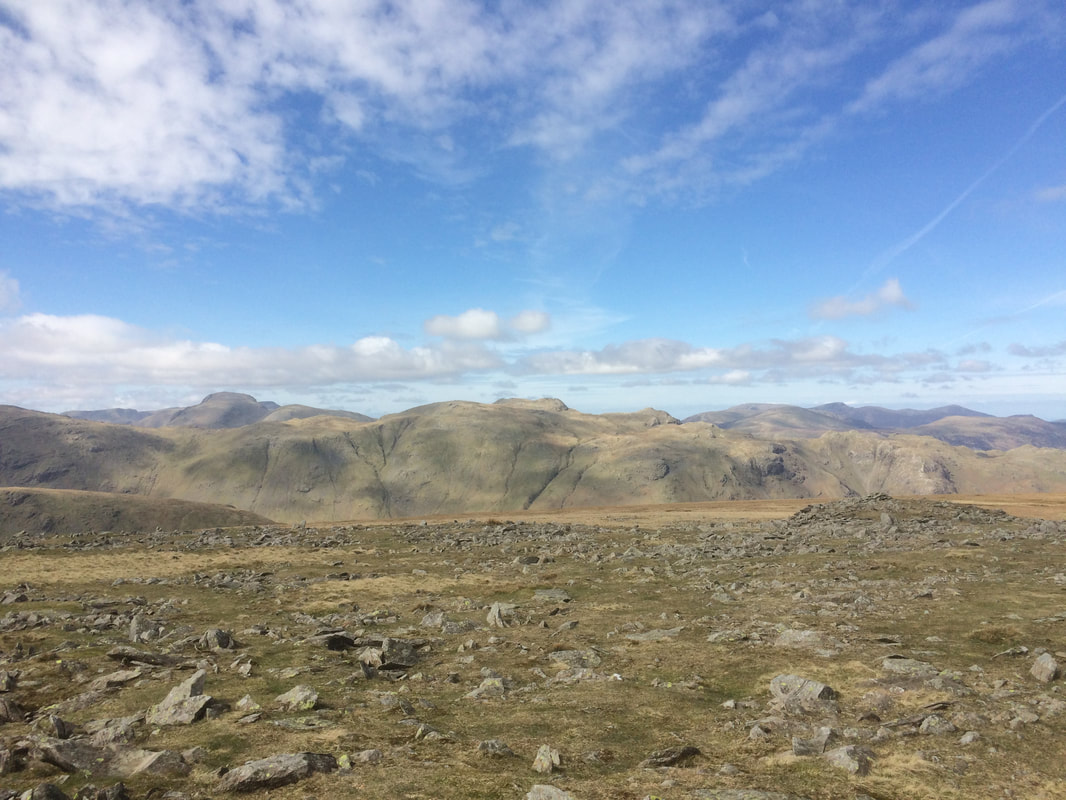 Looking to Great Gable, Glaramara, Pillar & High Stile amongst others 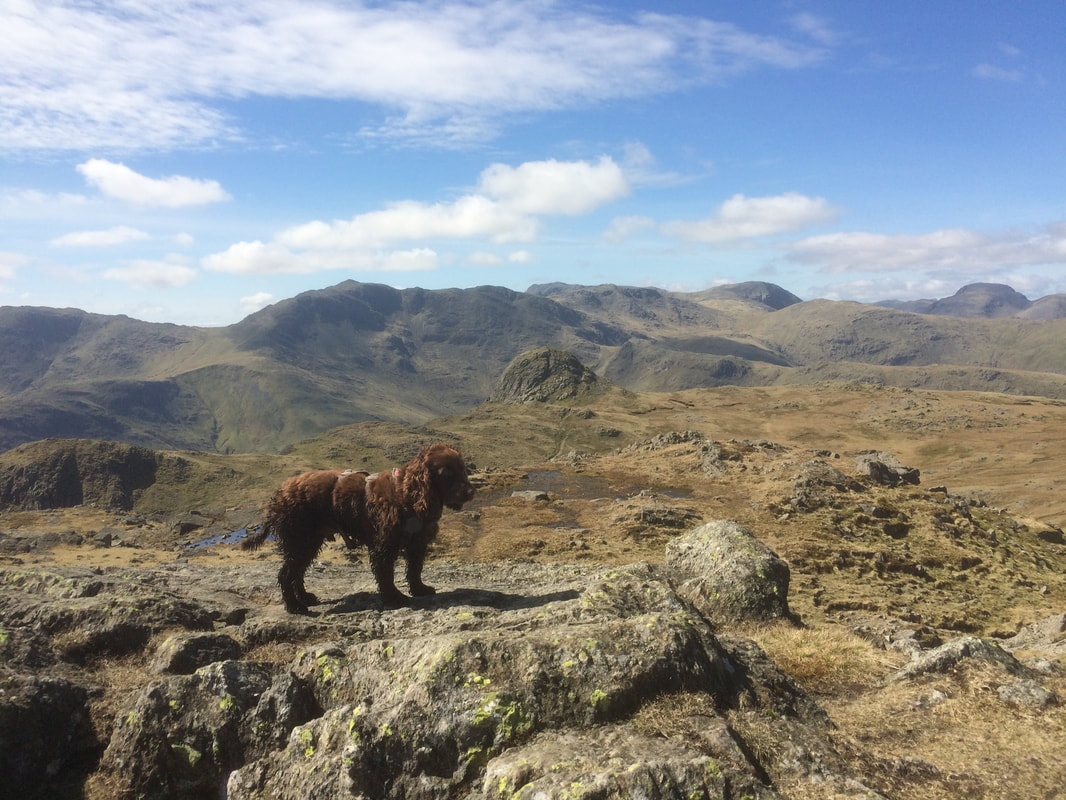 The summit of Harrison Stickle.  Pike O'Stickle is the lump in the centre with the majesty of Bowfell for company - the col to the left of Bowfell is Three Tarns leading to The Band.  The familiar pudding shape of Great Gable is to the right 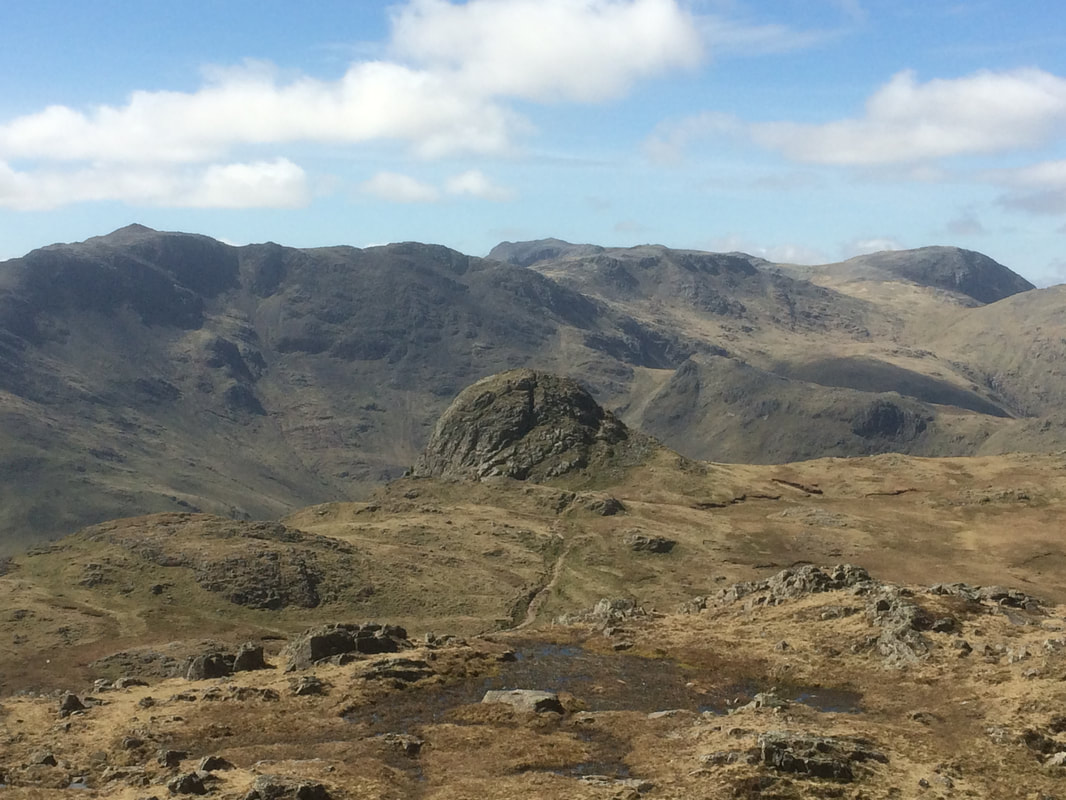 A closer look at Pike O'Stickle - we were off there next 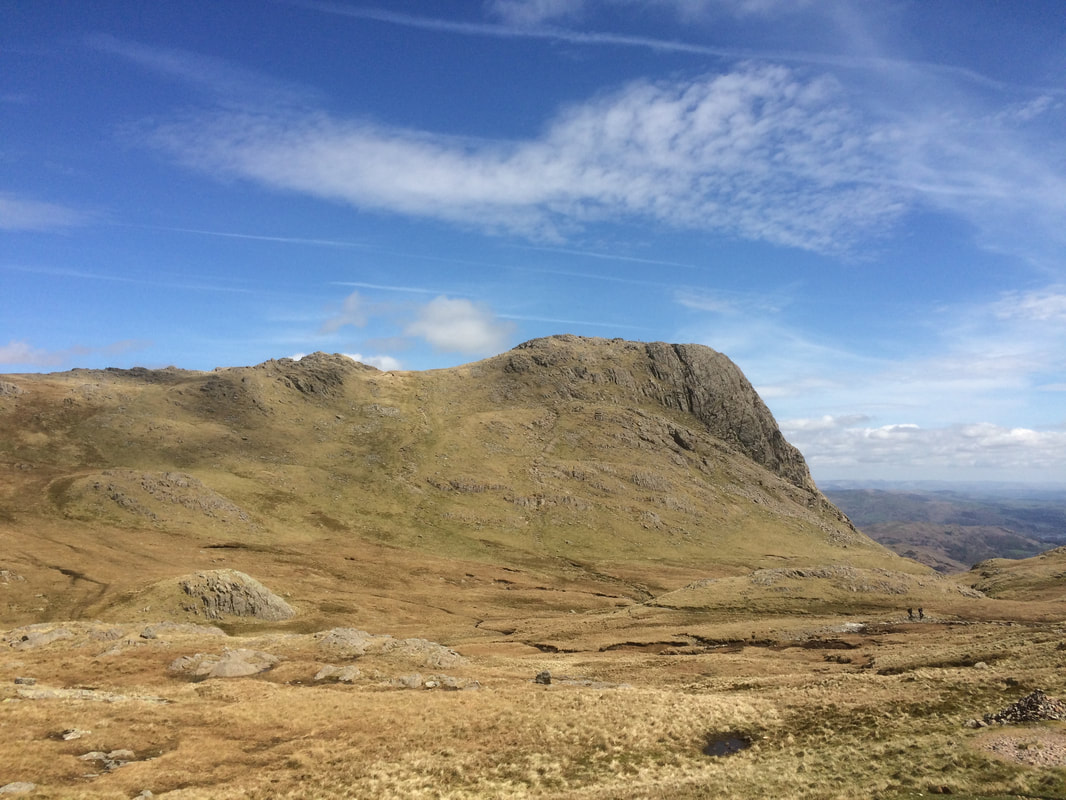 Looking back at Harrison Stickle from the approach to Pike O'Stickle 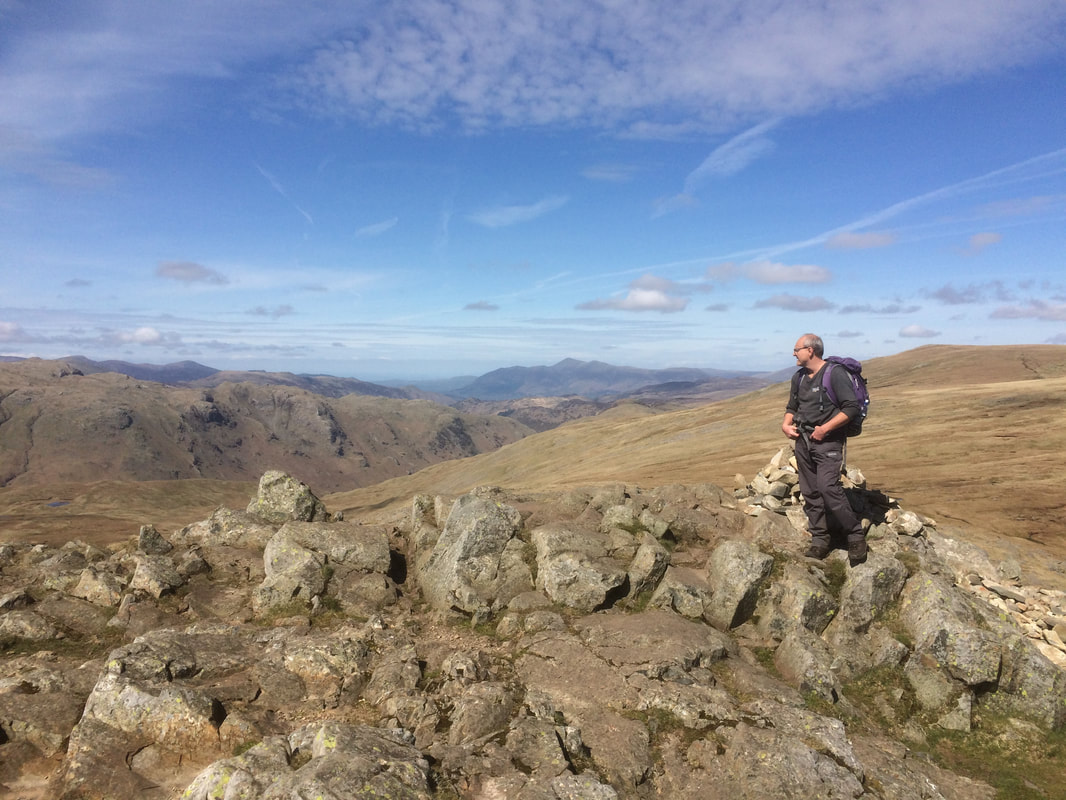 The summit of Pike O'Stickle 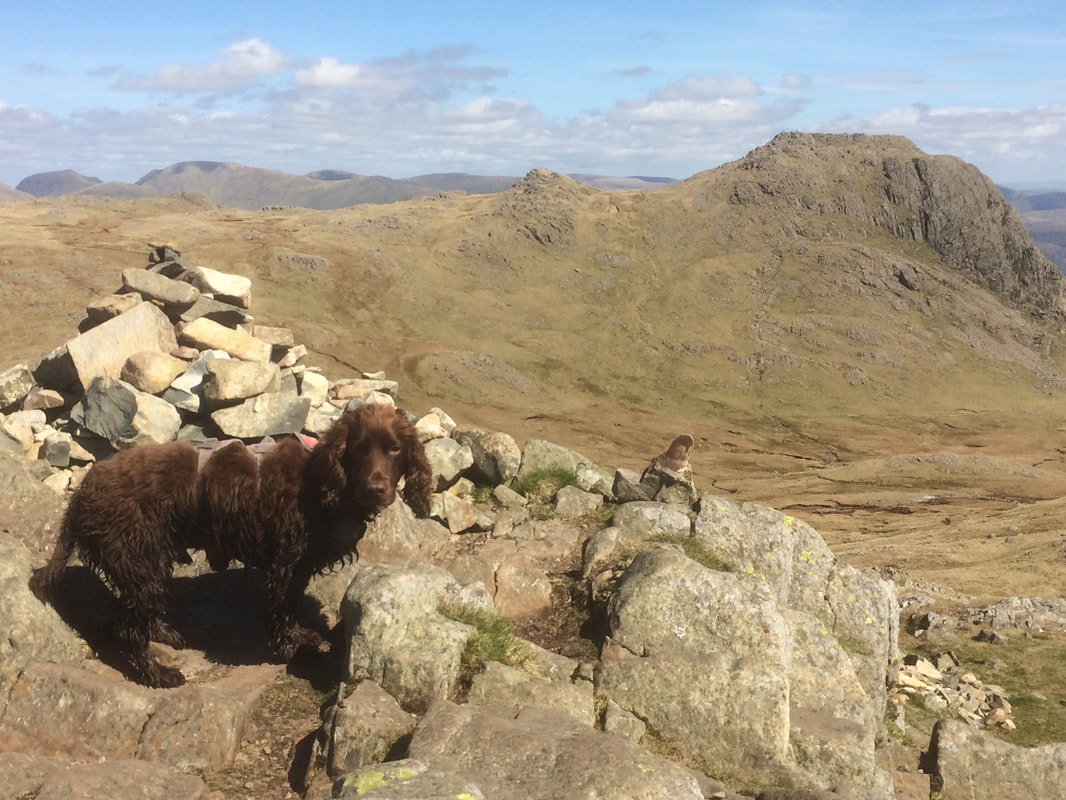 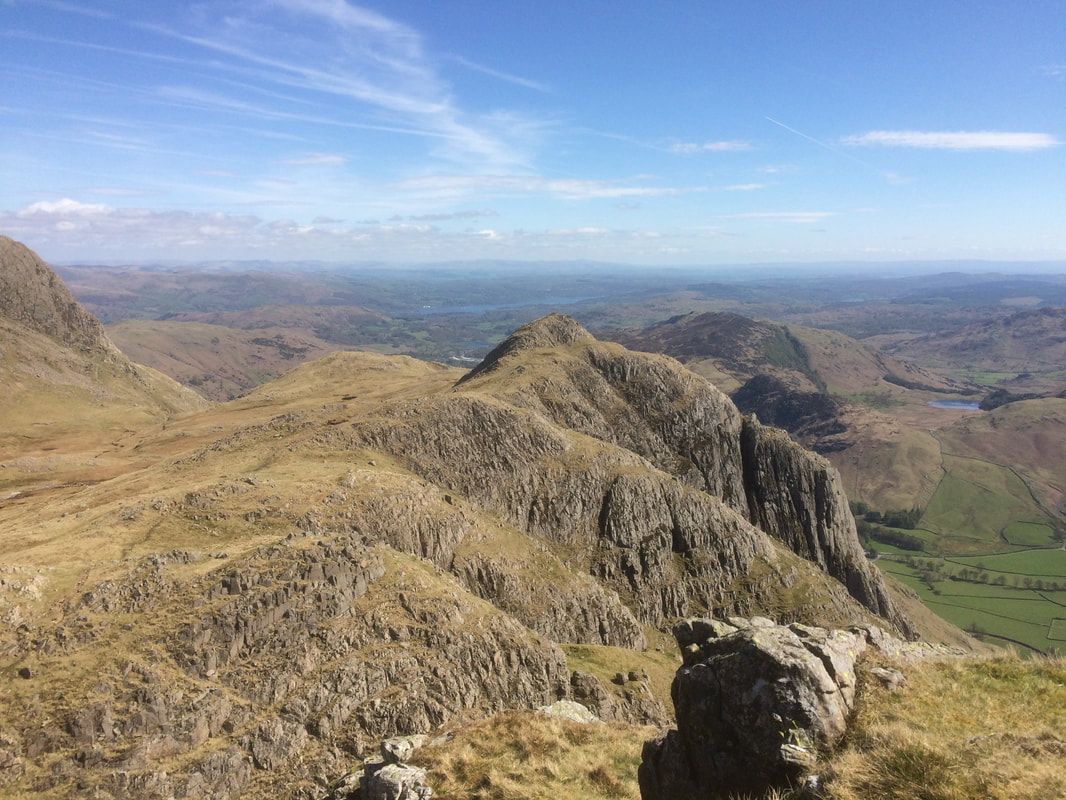