A bit of a mixed bag. Cold on the ridges and whilst the visibility was poor for the most part, we did get some decent breaks in the cloud cover.

Dave, Angie & Fudge with Ian & Chester the Sprocker
​If the above GPX file fails to download or presents itself as an XML file once downloaded then please feel free to contact me and I will send you the GPX file via e-mail.  ​ 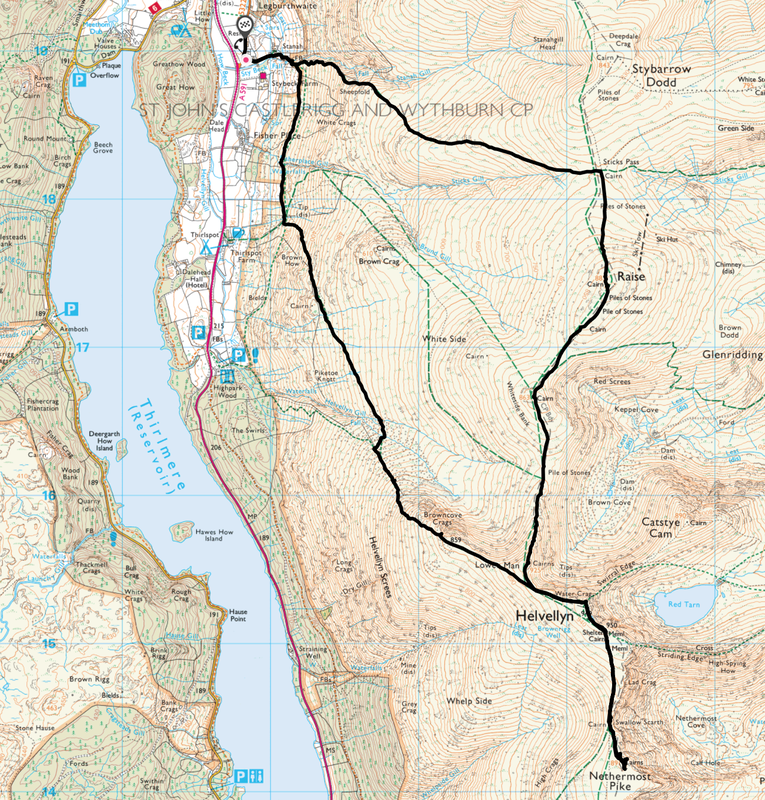 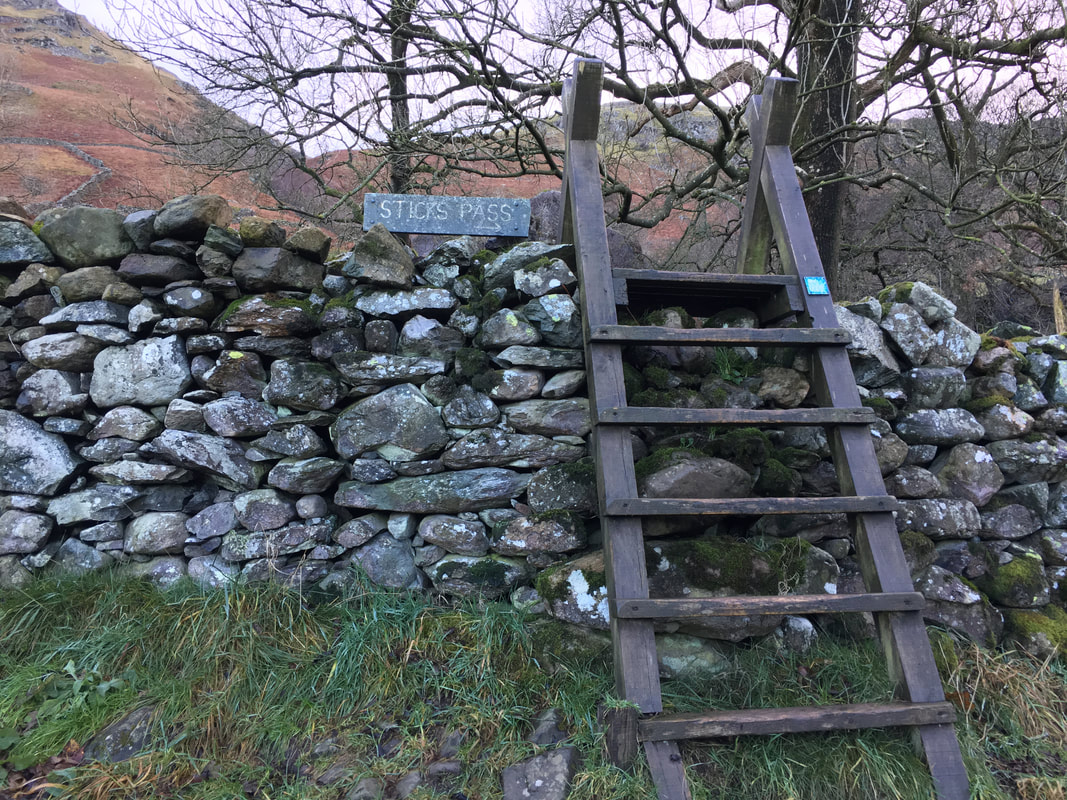 Near Stanah Farm the route crosses a ladder stile to join the Sticks Pass.
The Sticks Pass runs from near Legburthwaite in the west to the shores of Ullswater near Glenridding in the east. It is an ancient packhorse route which was used to cross the Helvellyn Range. A fence once ran along some of the route which served as a guide to the traveller, particularly in deep snow. In time the fence rotted and only the fence posts remained - the name "Sticks Pass" originates from when the wooden stakes or 'sticks' remained in situ and continued to serve as a guide until eventually disappearing. 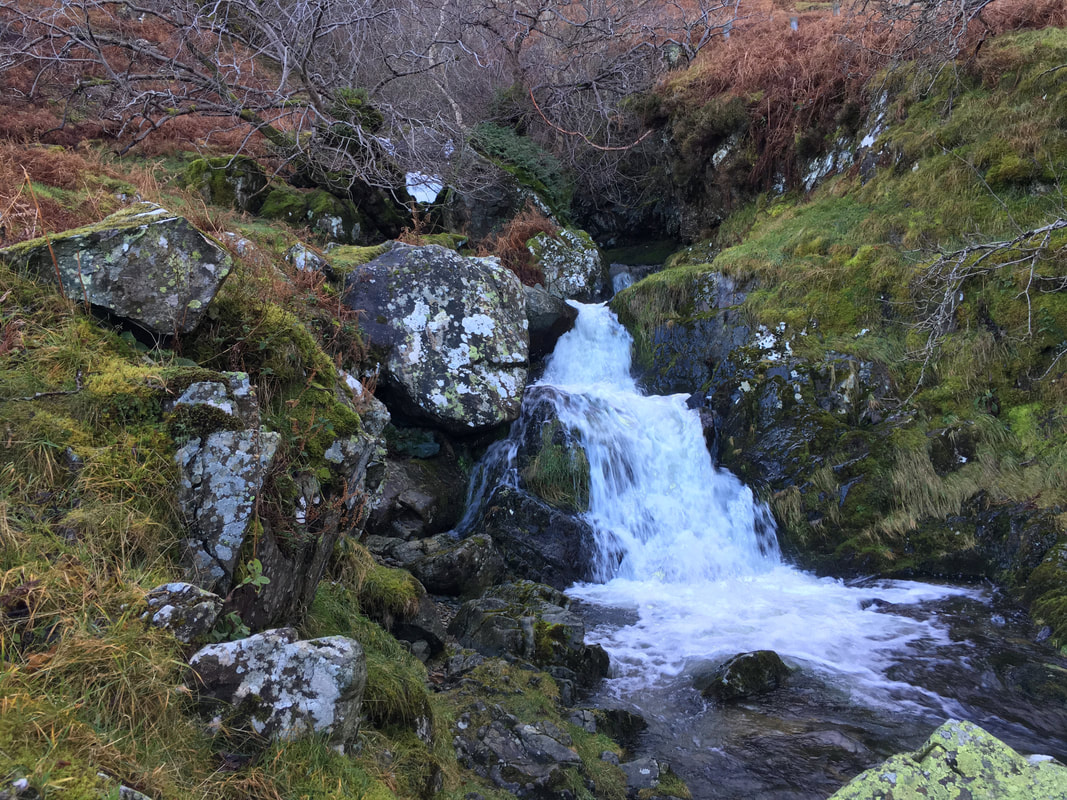 The lower waterfall of Stanah Gill 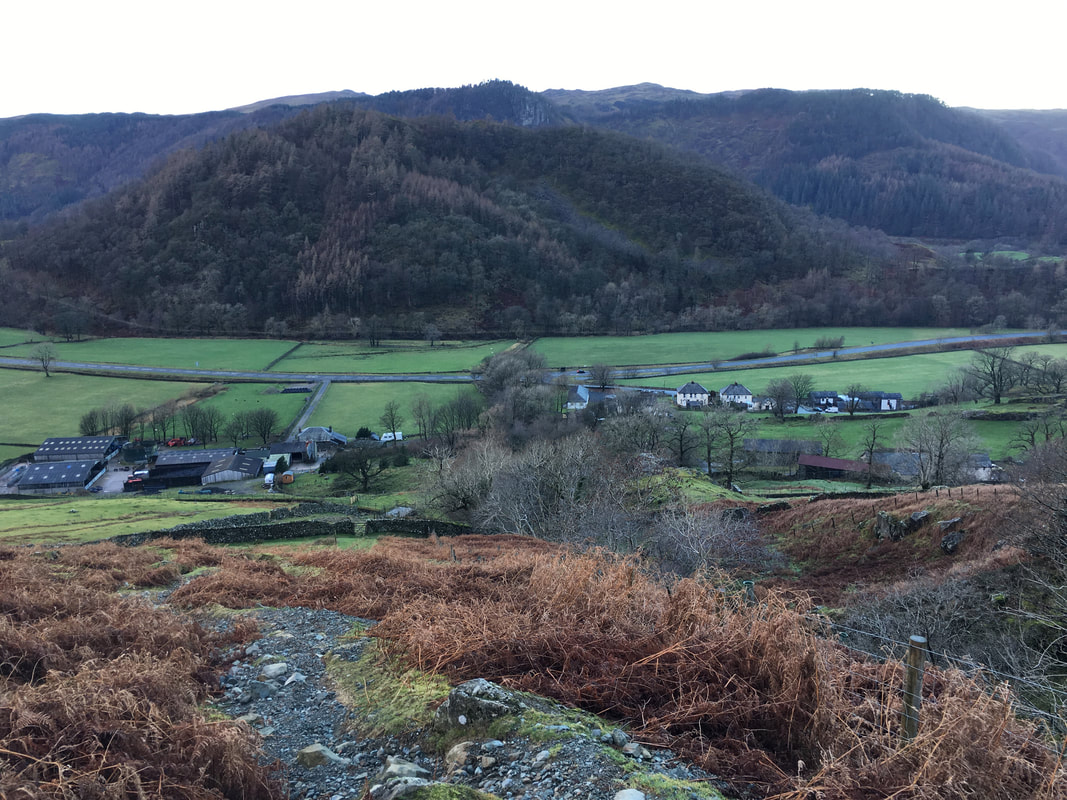 Looking back to Stanah & Legburthwaite from the ascent via Stanah Gill.
Great How is in the foreground with Raven Crag behind and The Benn to the right. In the far distance to the left is High Seat with Bleaberrry Fell to the right. 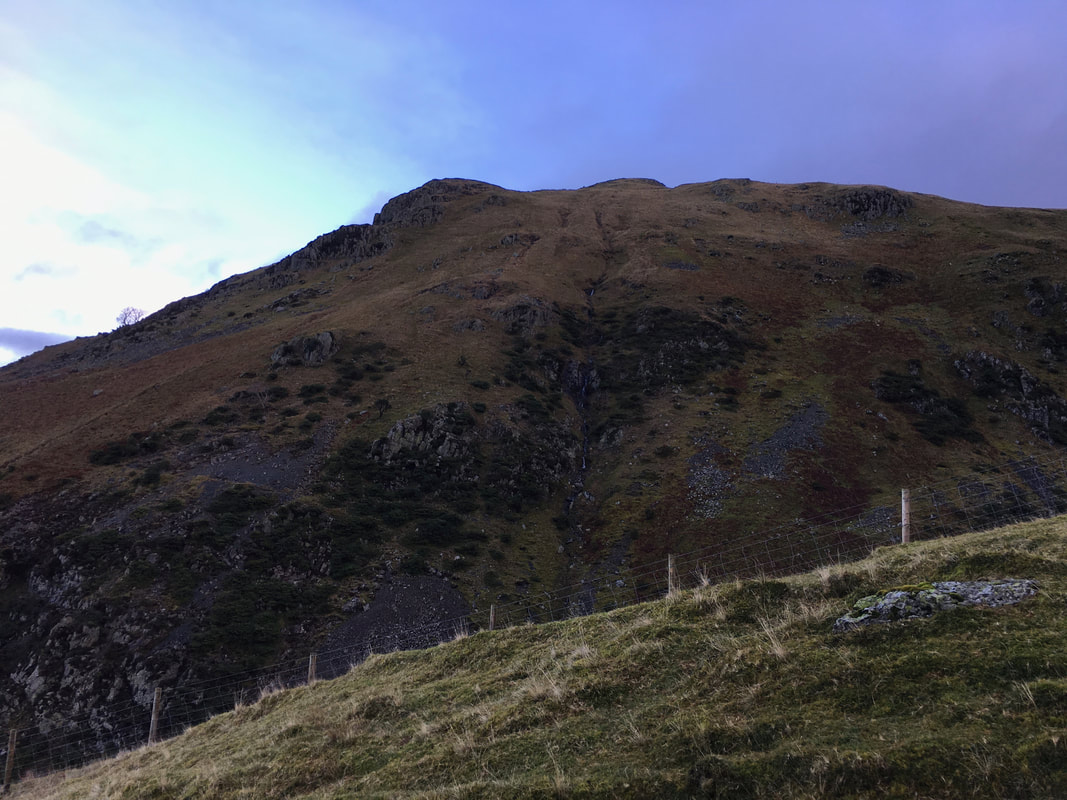 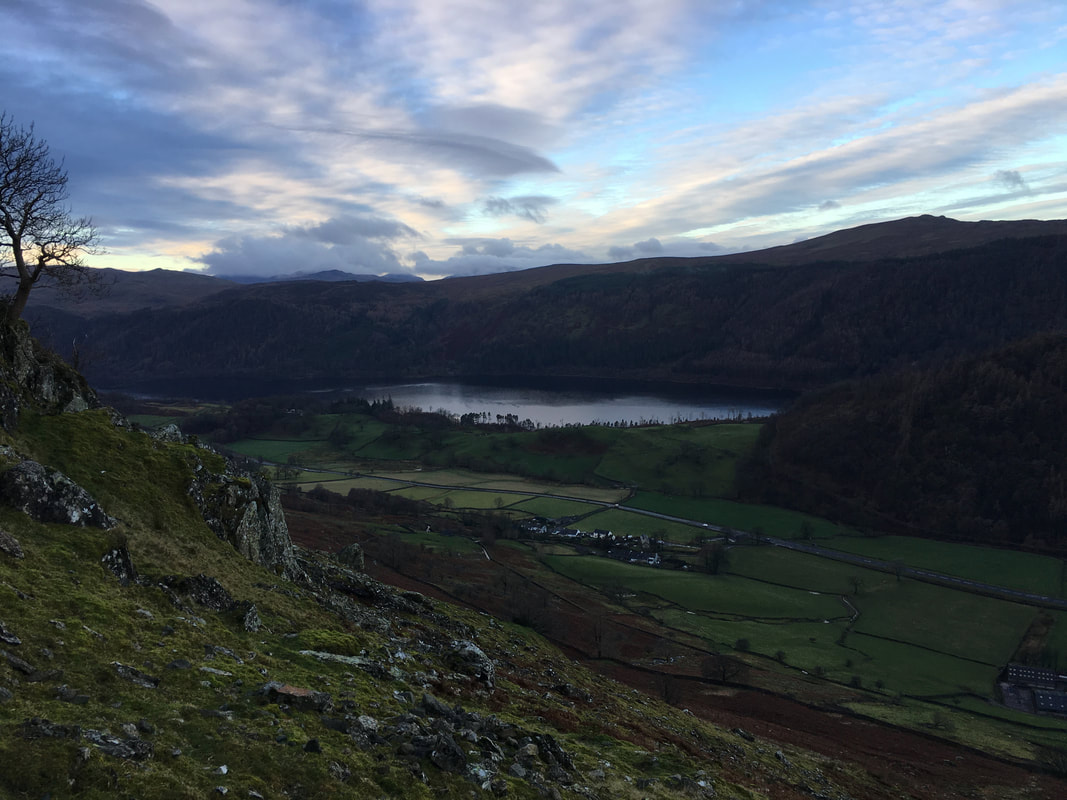 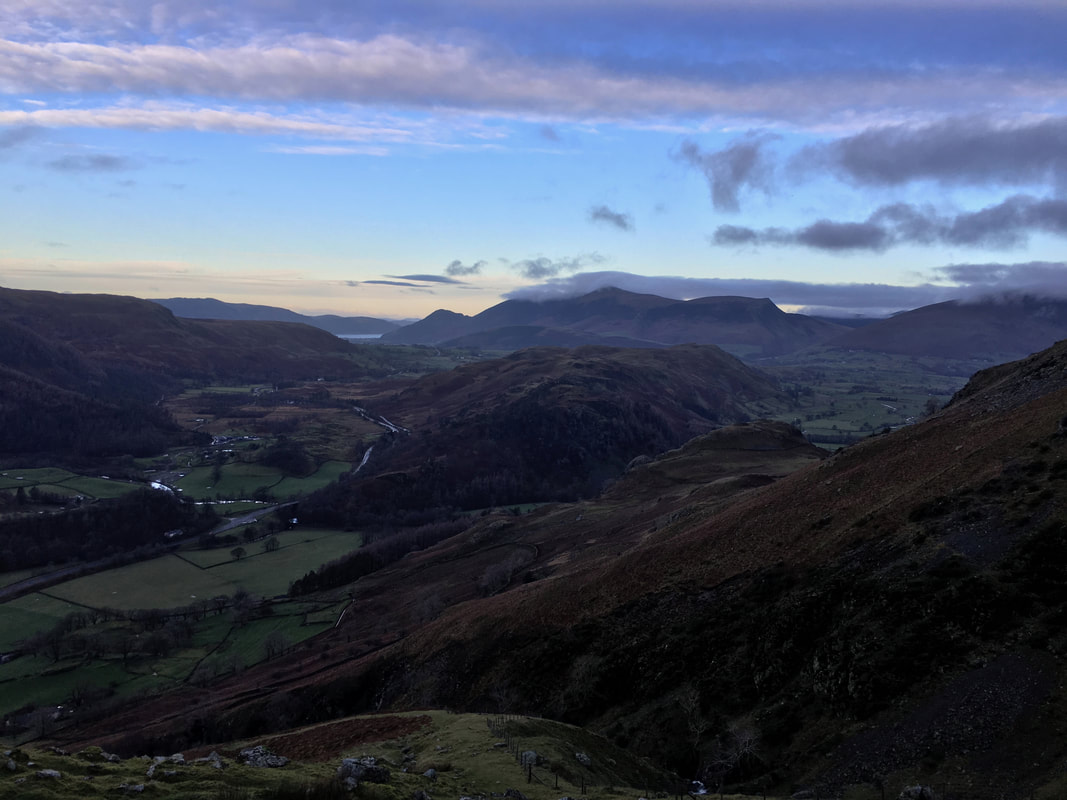 Moody skies as we continue the ascent to the top of the Sticks Pass.
Bassenthwaite Lake can be seen in the far distance with the Skiddaw Range to its right. The lump in the middle of shot is Wren Crag & High Rigg with St John's in the Vale to the right. 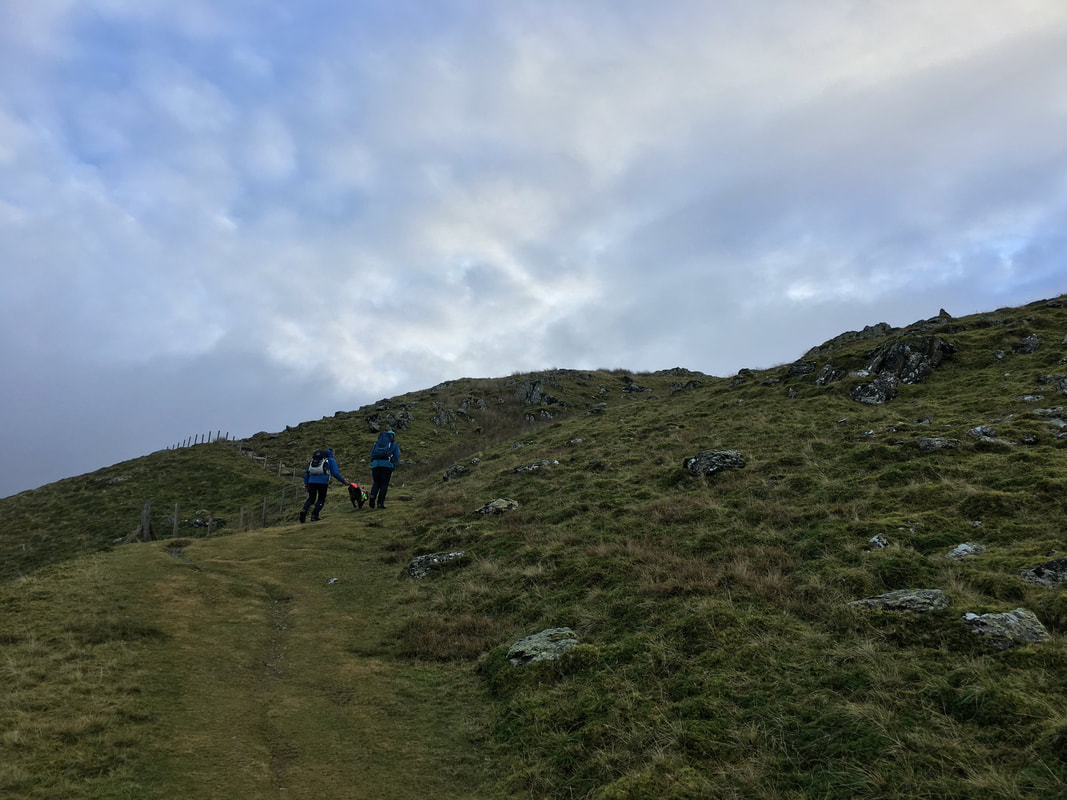 Continuing the ascent on what is a very good path up the fell side.
​By now the weather was starting to close in a bit and we would be lucky if we would get any sort of view once we reached the top of the pass. 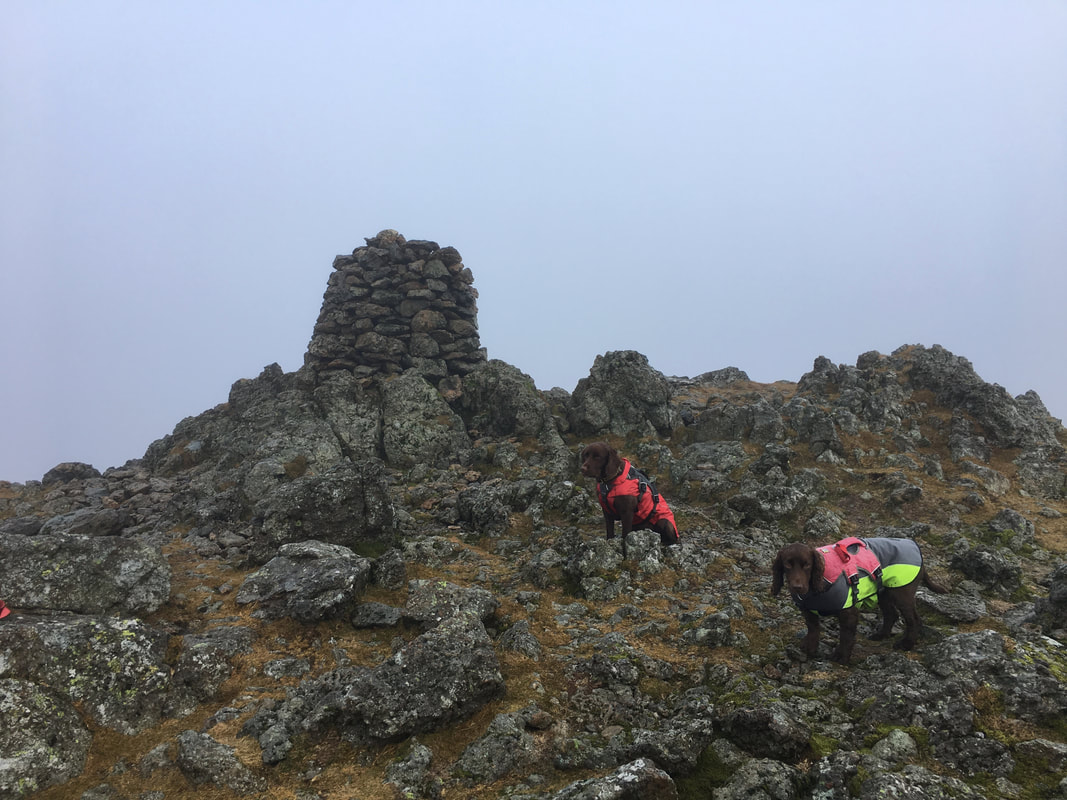 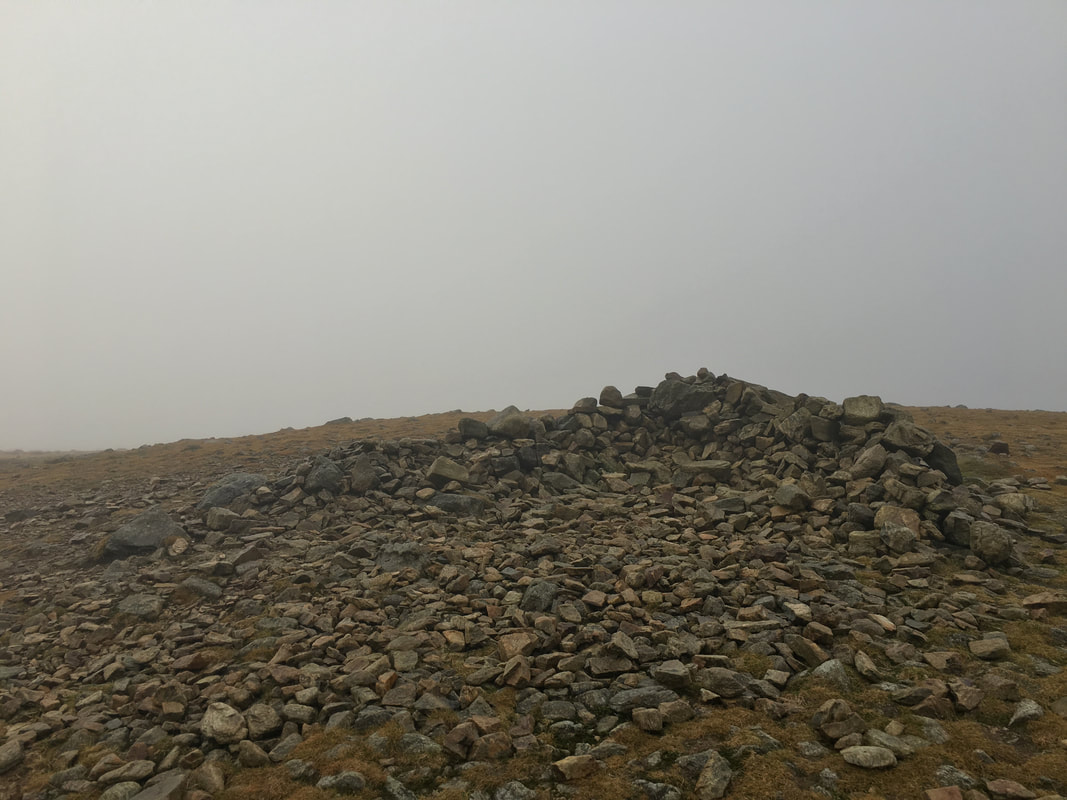 The summit of White Side - just a thick grey soup today 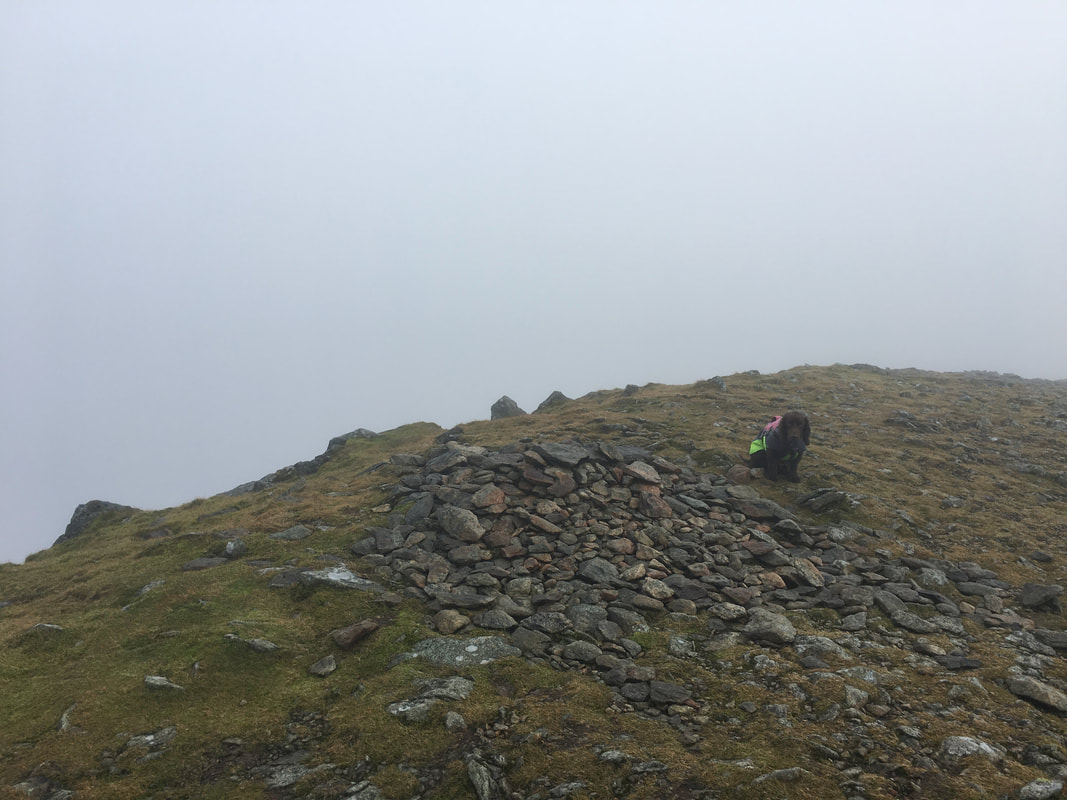 The summit of Helvellyn Lower Man 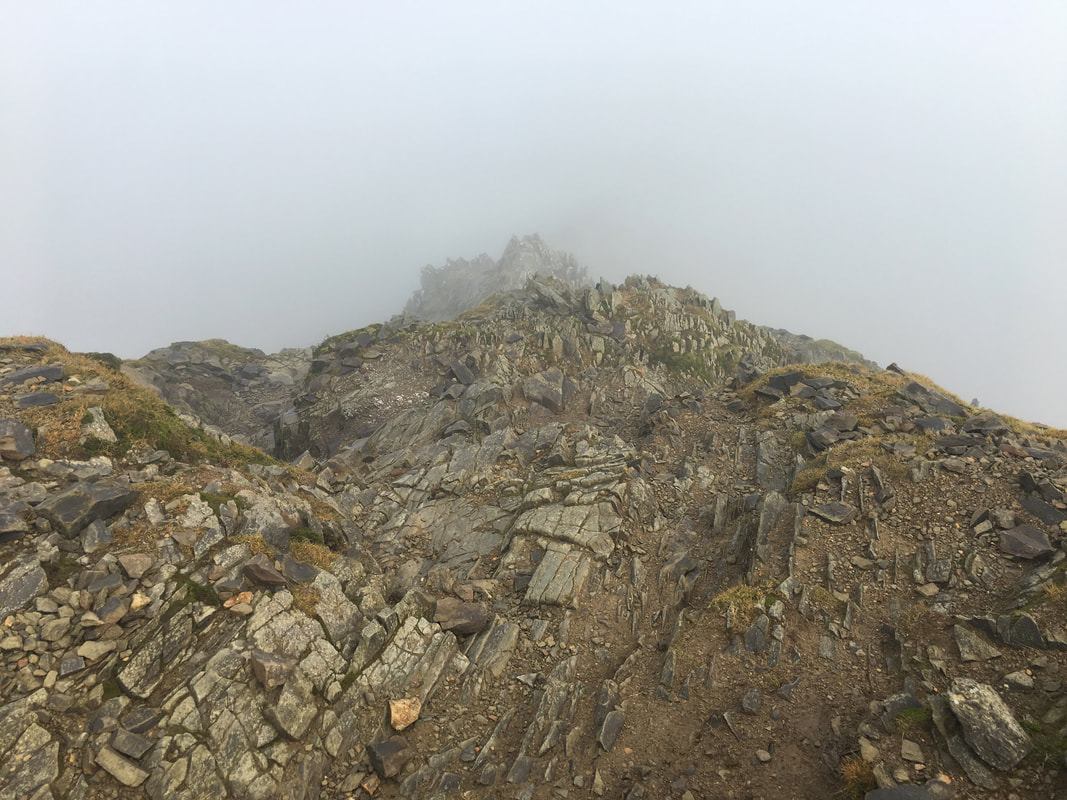 Not much of a view from the top of either Swirral or Striding Edge today - would the viz get better? Read on to find out! 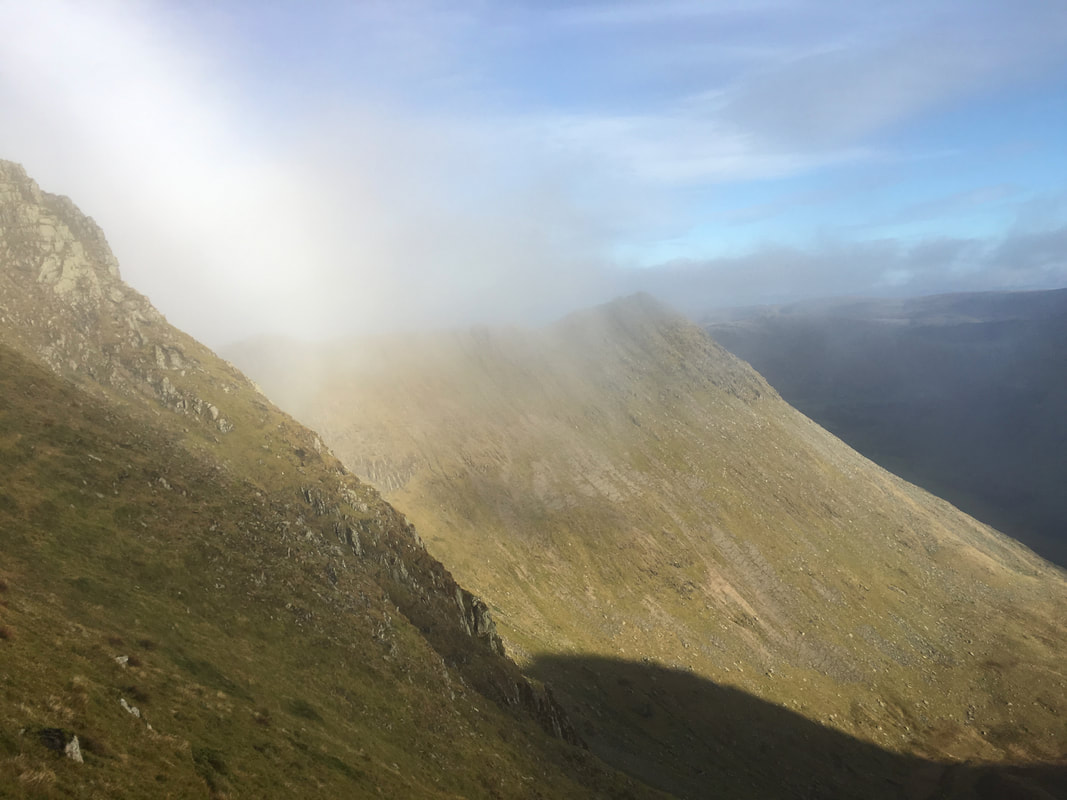 Whey hey! Sometimes it pays to persevere.
When we arrived on Helvellyn's summit we pressed on over the top as we knew that a break in the cloud was about to happen and we would be going back that way anyway. This is a view of Striding Edge and High Spying How from just below the path to Nethermost Pike. 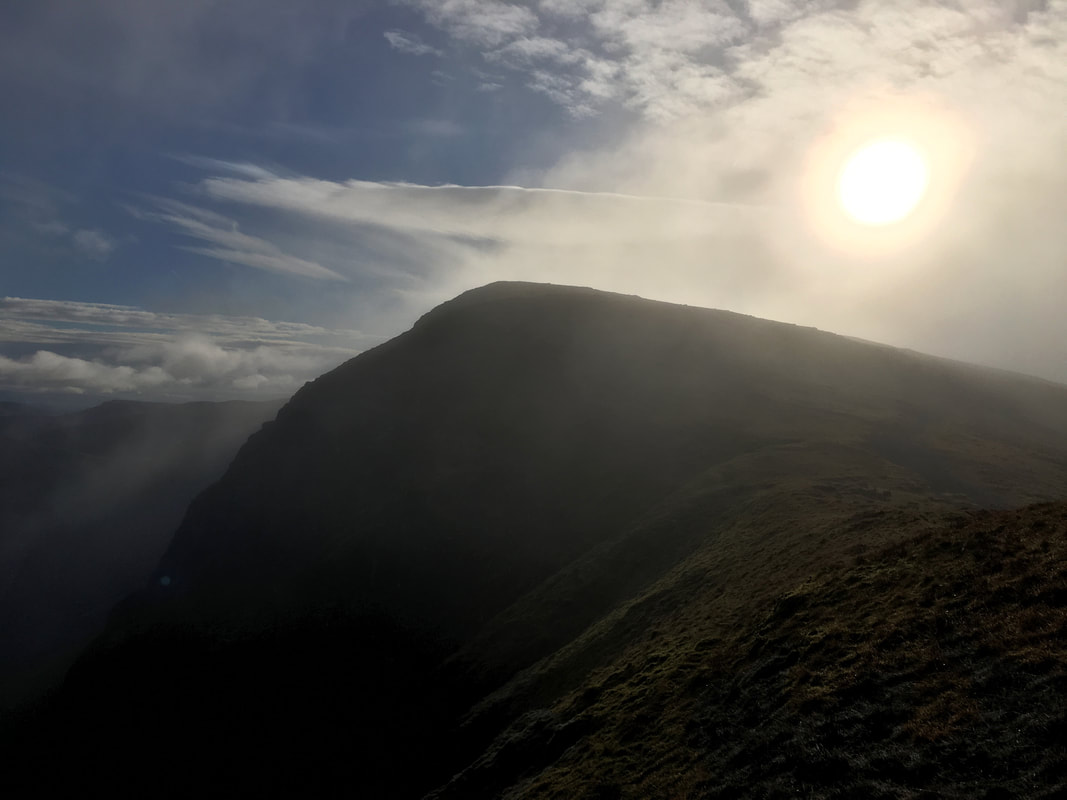 Looking into the sun to Nethermost Pike 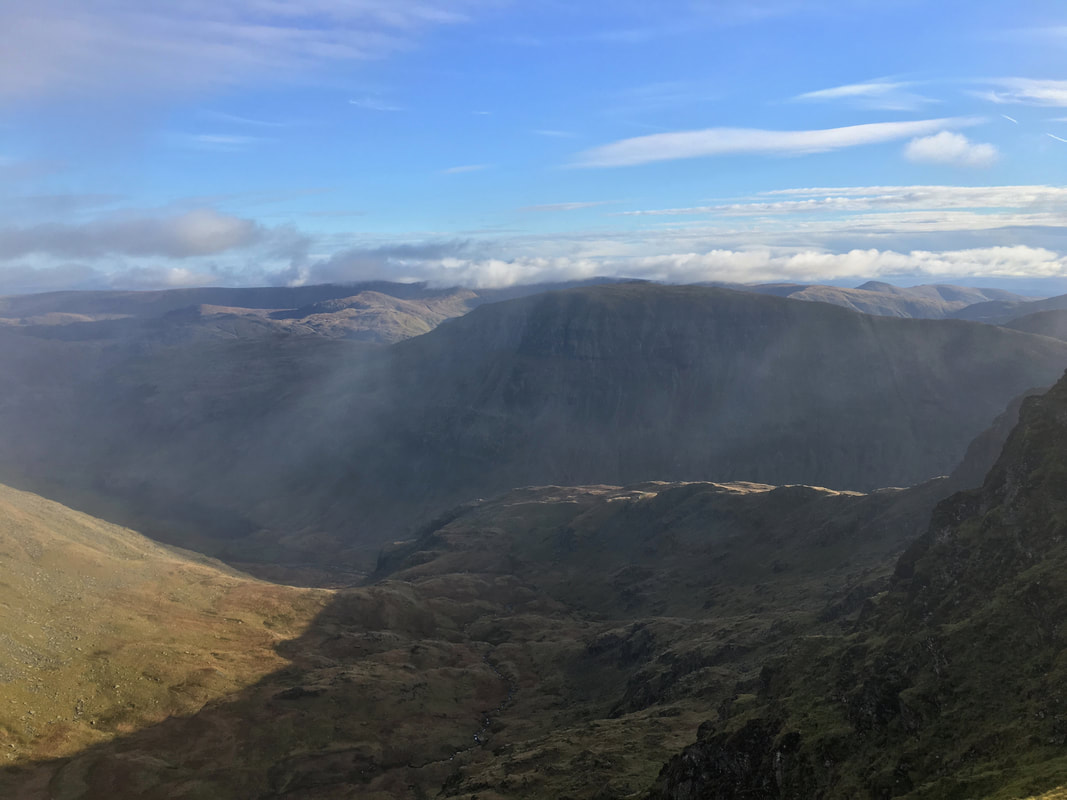 St Sunday Crag through the remains of the cloud 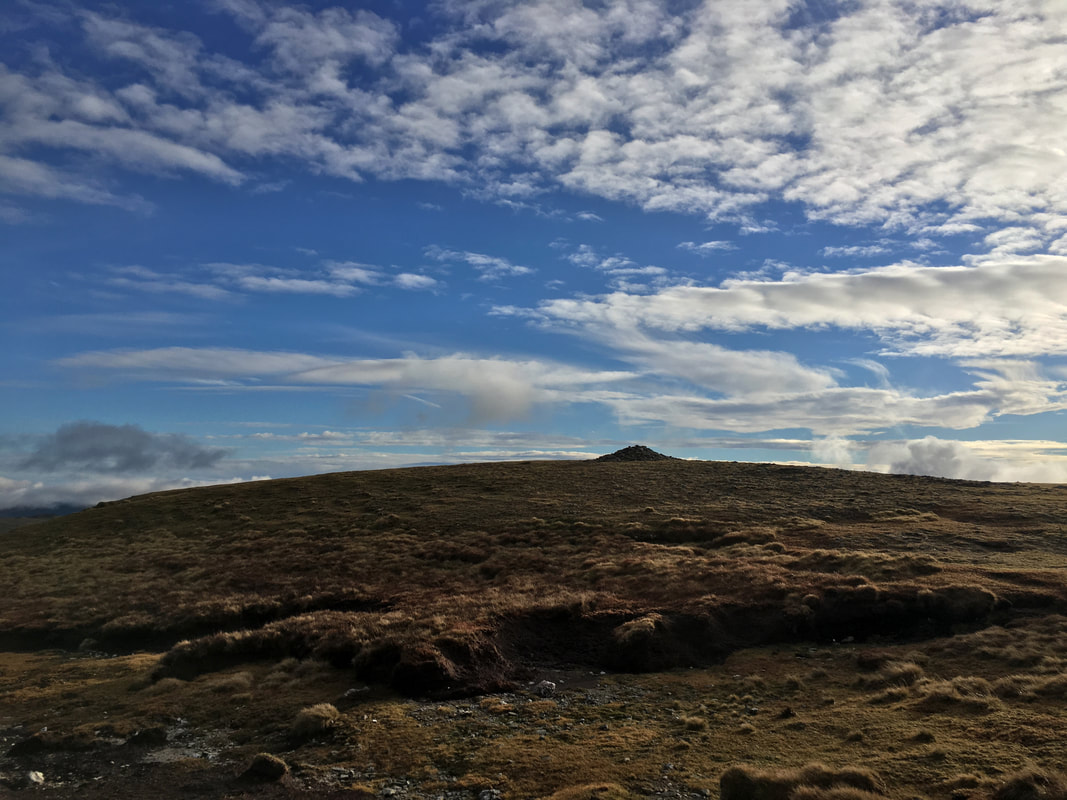 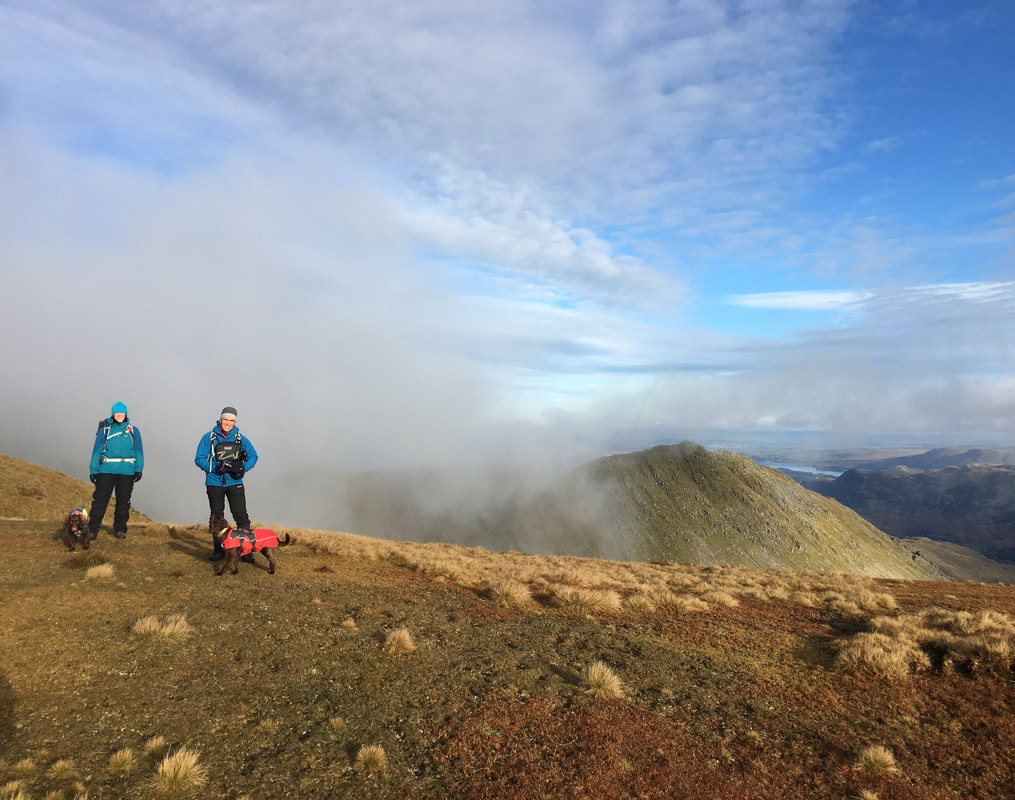 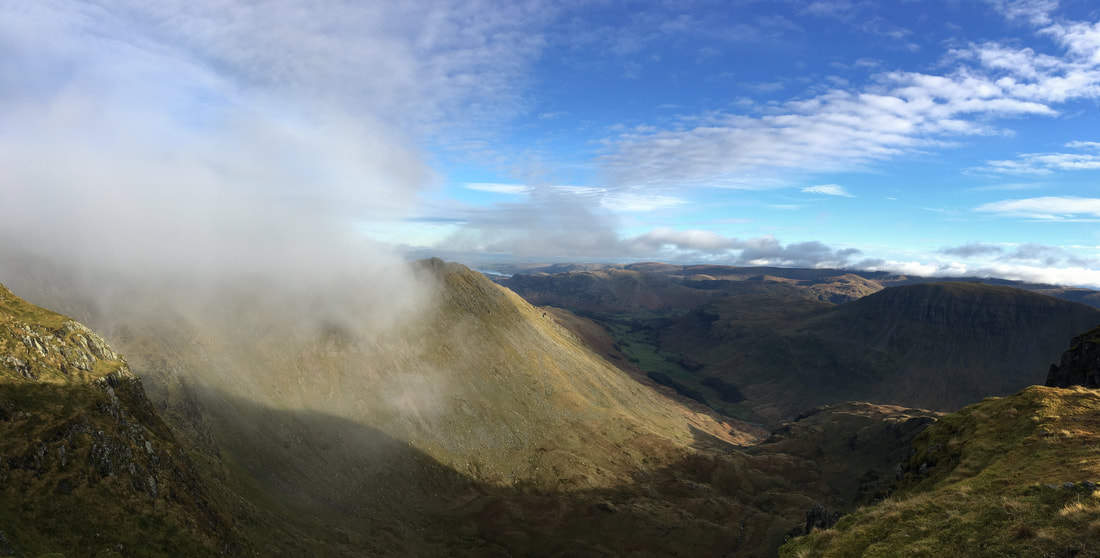 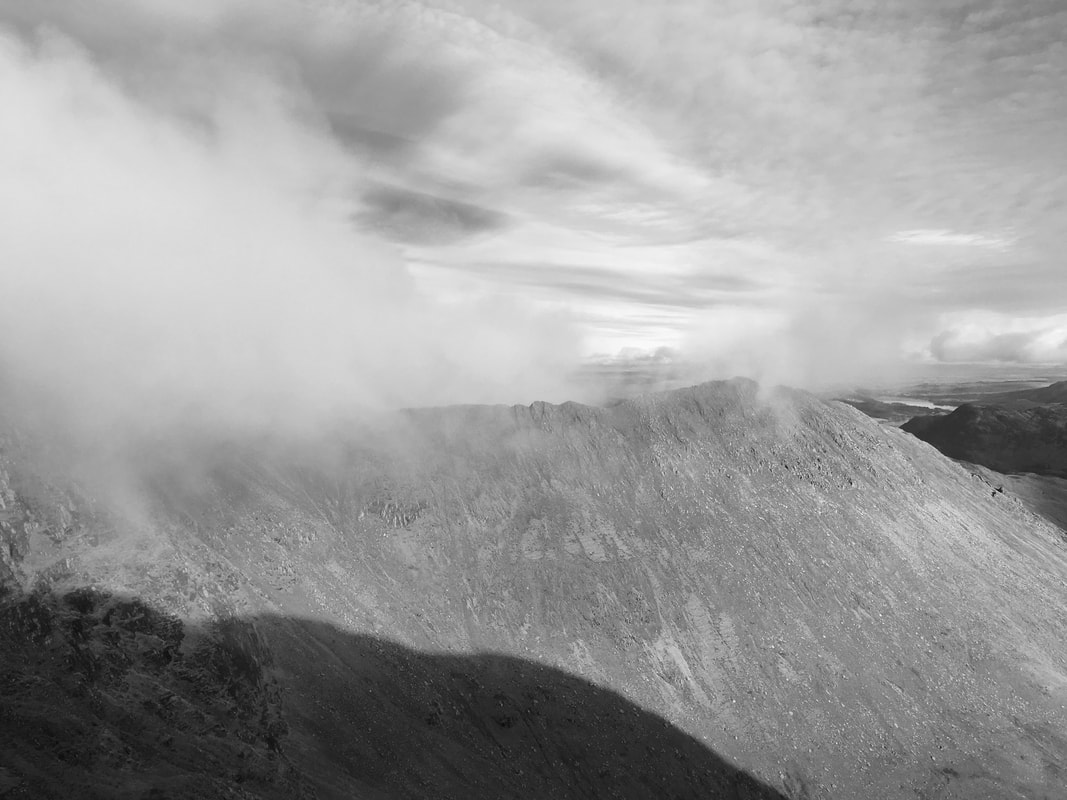 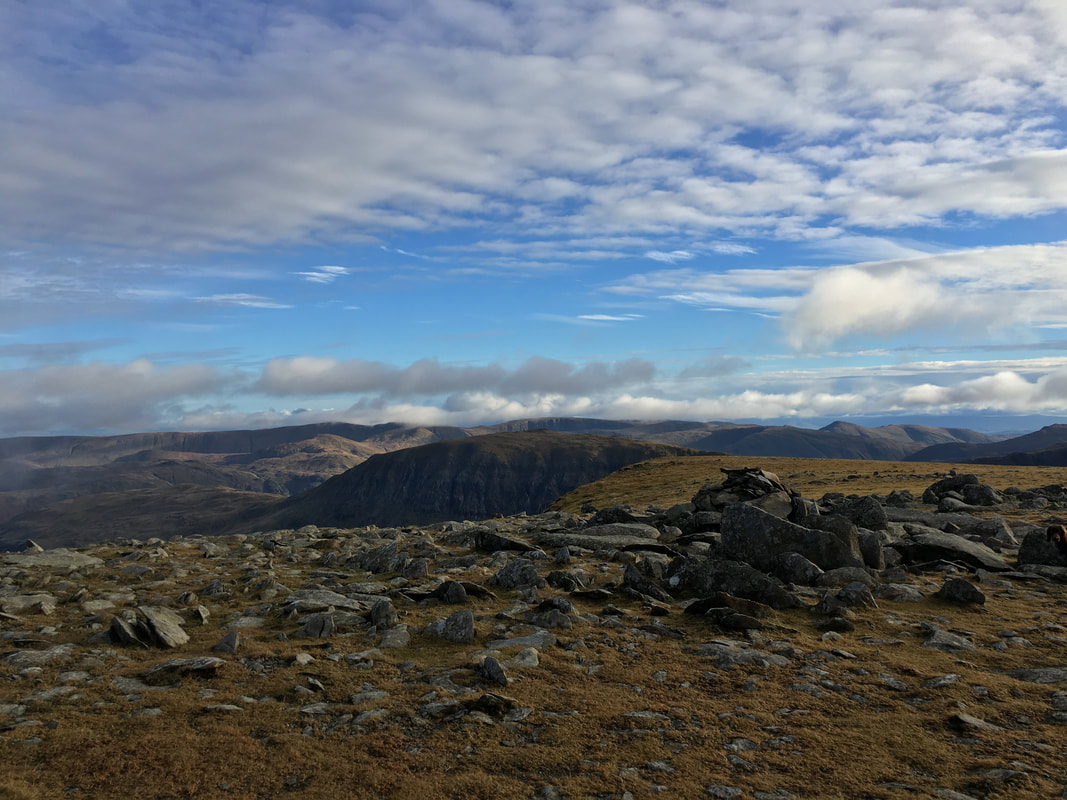 The summit of Nethermost Pike 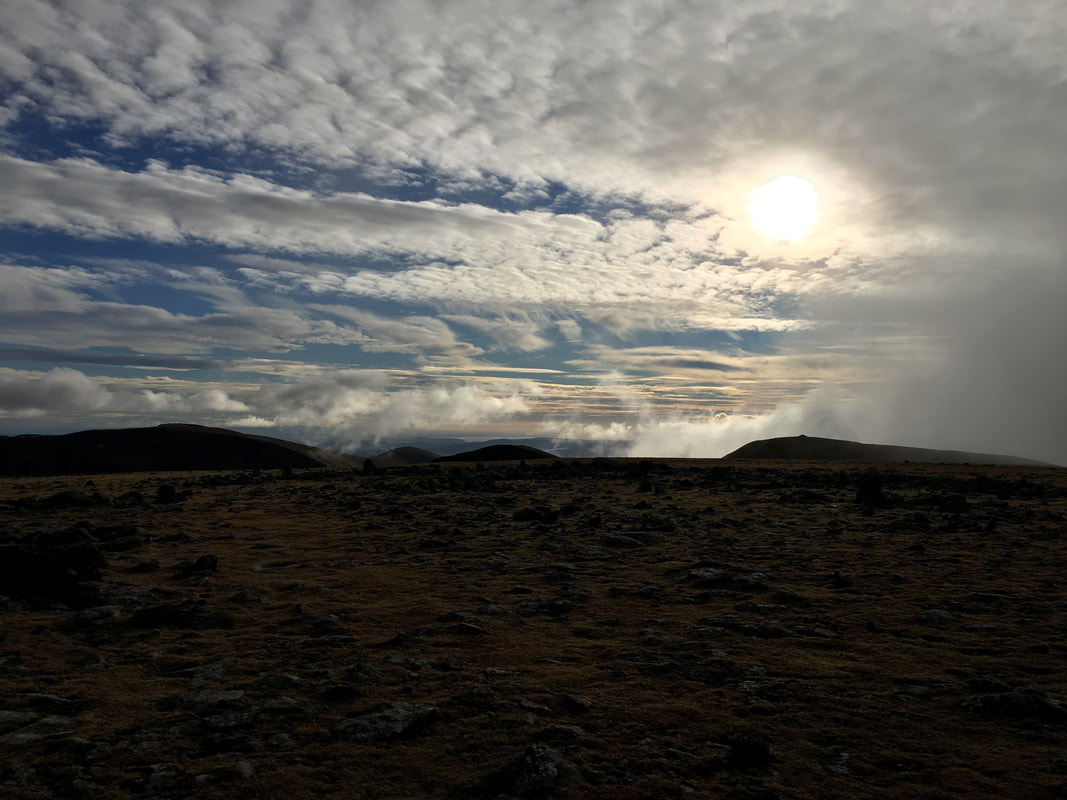 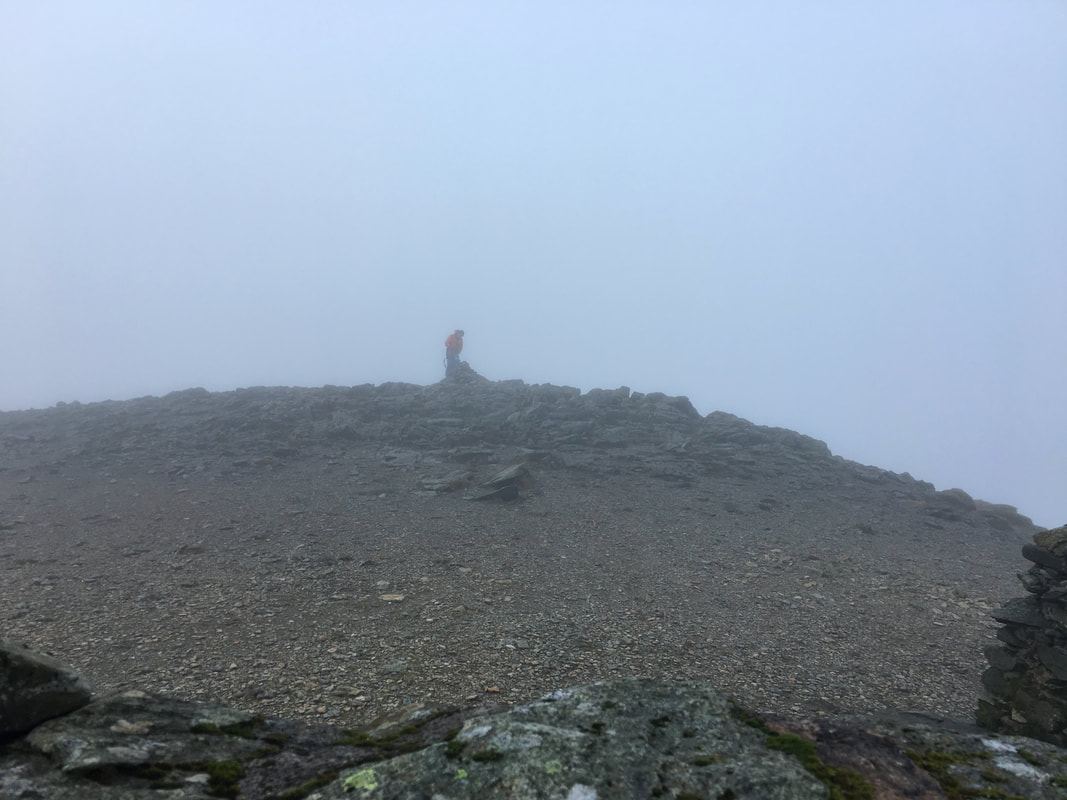 Back at Helvellyn looking to the summit cairn from the cross shelter.
The figure in the mist is the Helvellyn Fell Top Assessor who climbs the fell every day, usually between December & March in order to provide weather updates and data. The link to the Fell Top Assessors weather report can be found here - it is a useful tool to have, particularly in the winter months. 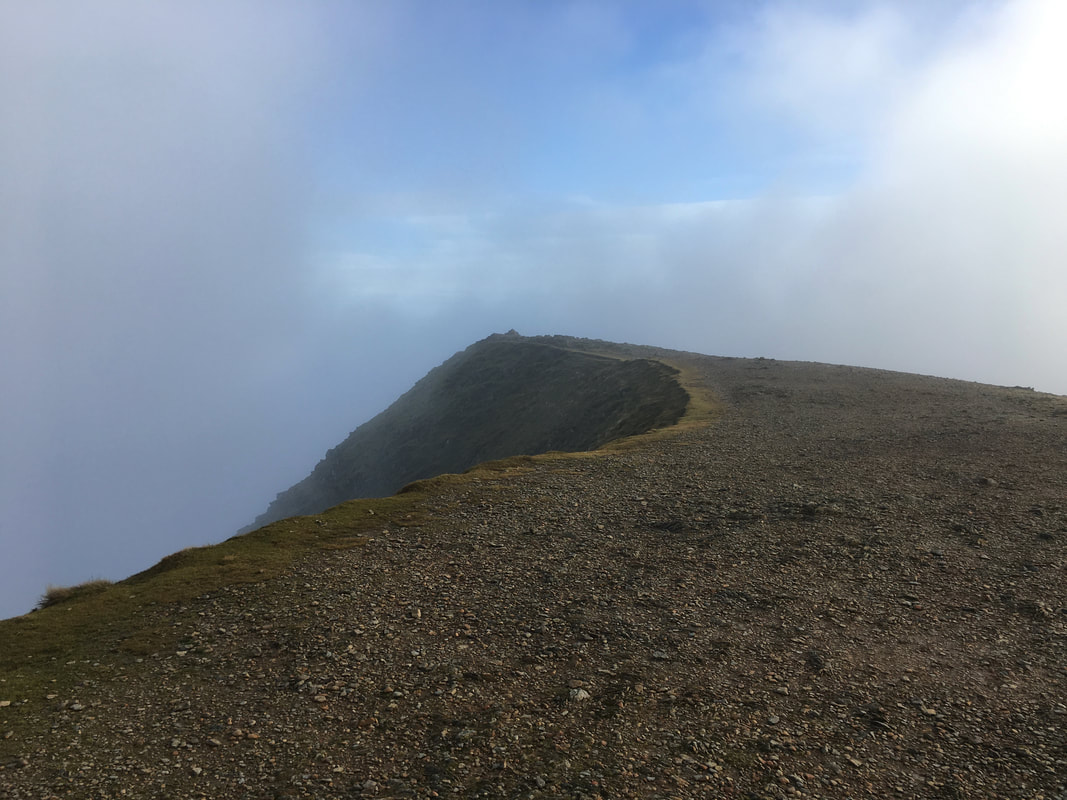 Looking to Helvellyn's summit cairn from near the Trig Point 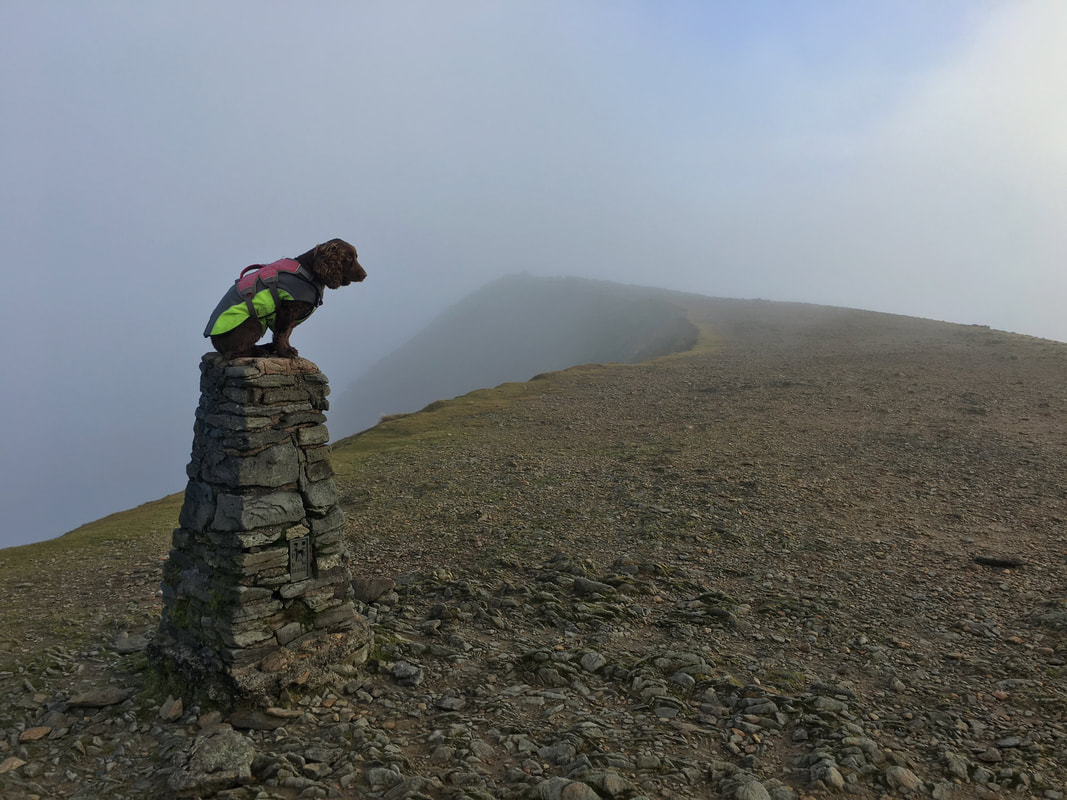 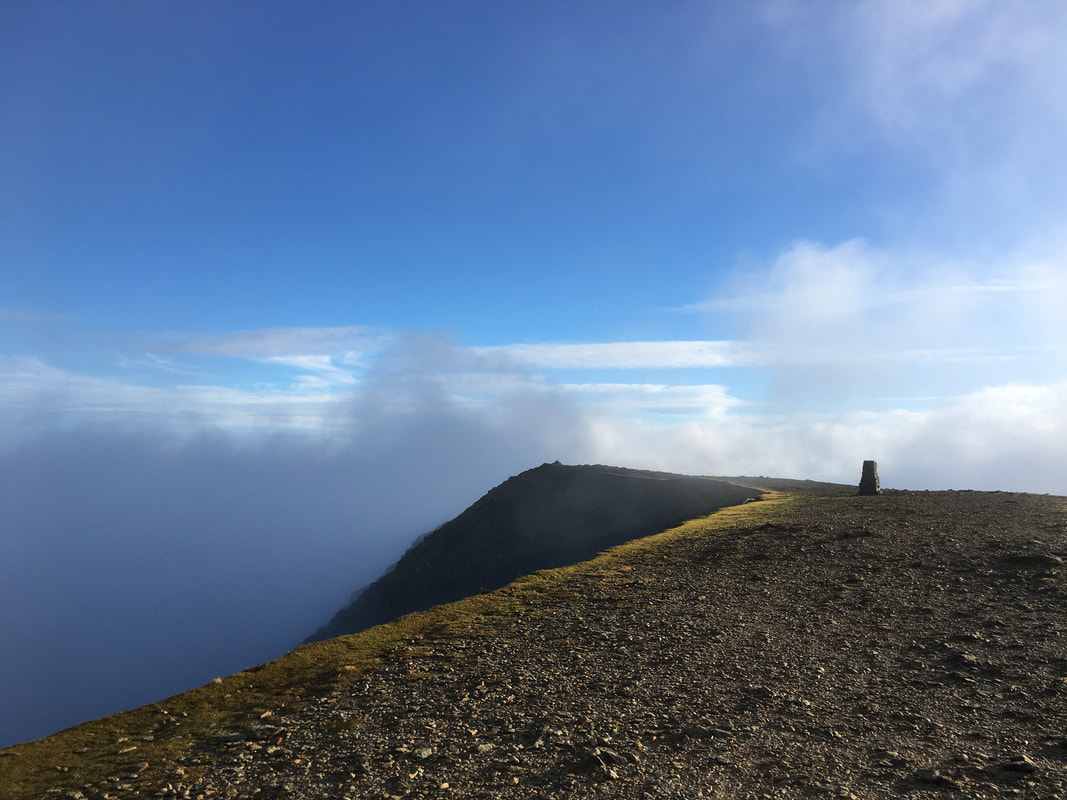 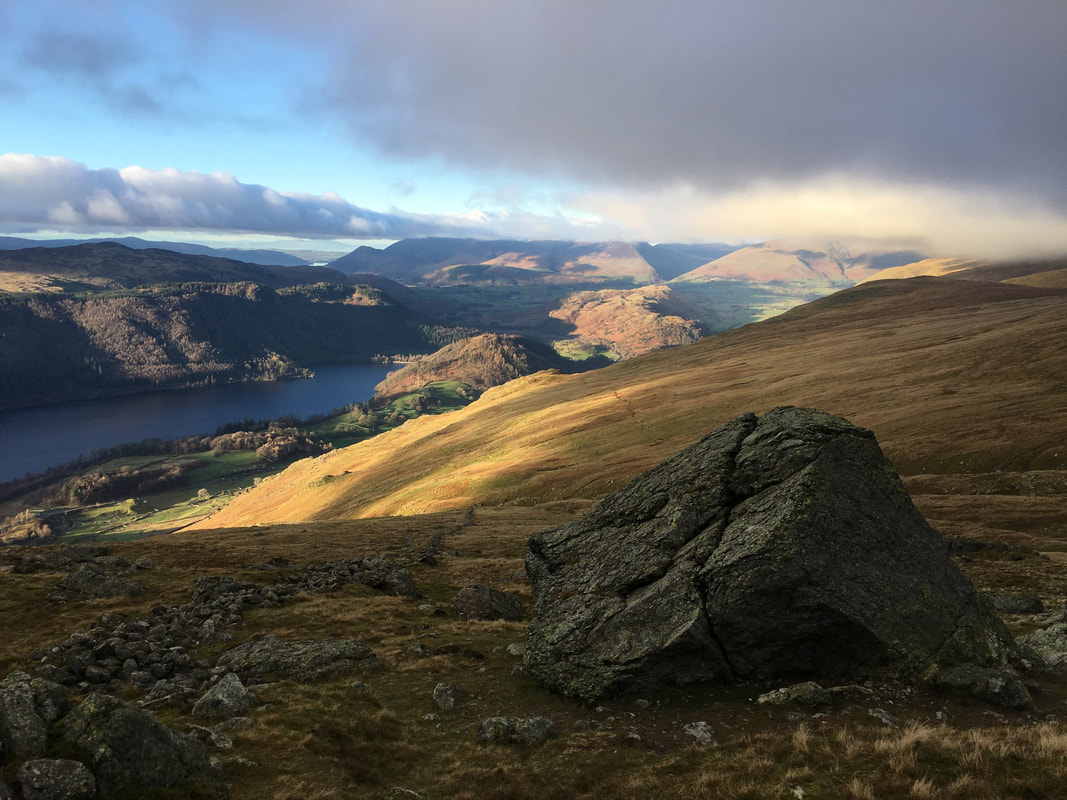 Descending back to Stanah via the White Stones route.
Definitely a game of two halves today with regard to the weather - AM poor, PM superb. That's fell walking!
Home
© Copyright Dave Walsh 2013 - 2022 All Rights Reserved