Mild & overcast with some sunny spells

Dave, Angie & Fudge
If the above GPX file fails to download or presents itself as an XML file once downloaded then please feel free to contact me and I will send you the GPX file via e-mail.  ​​ 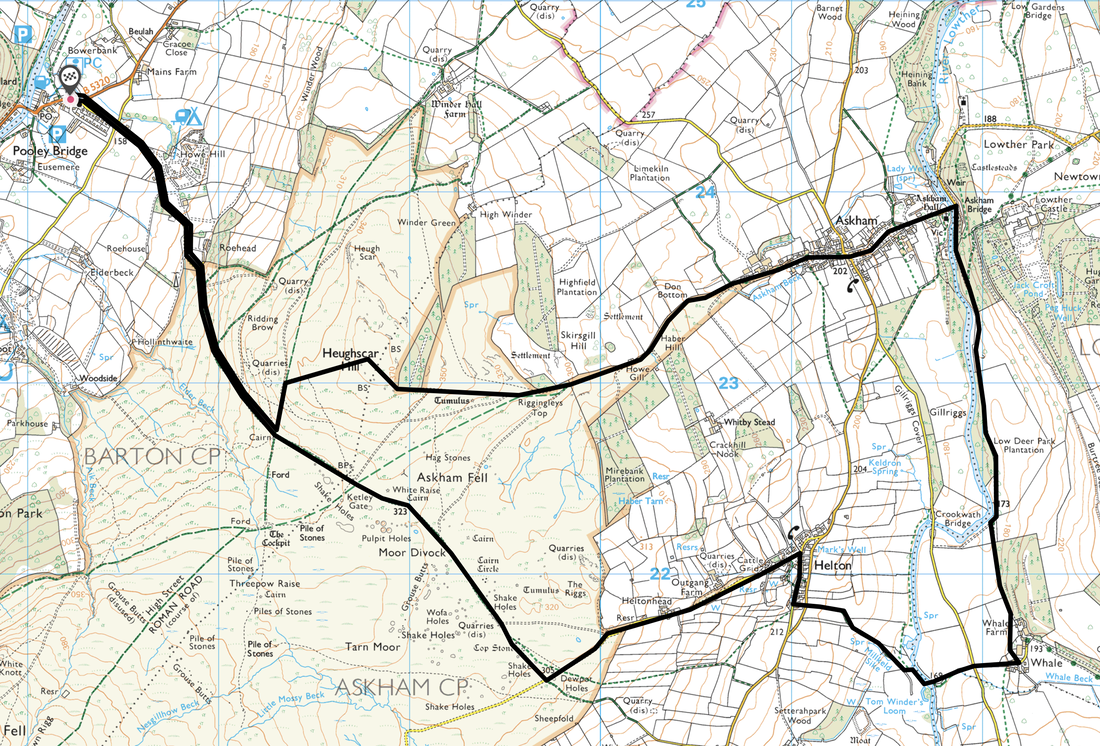 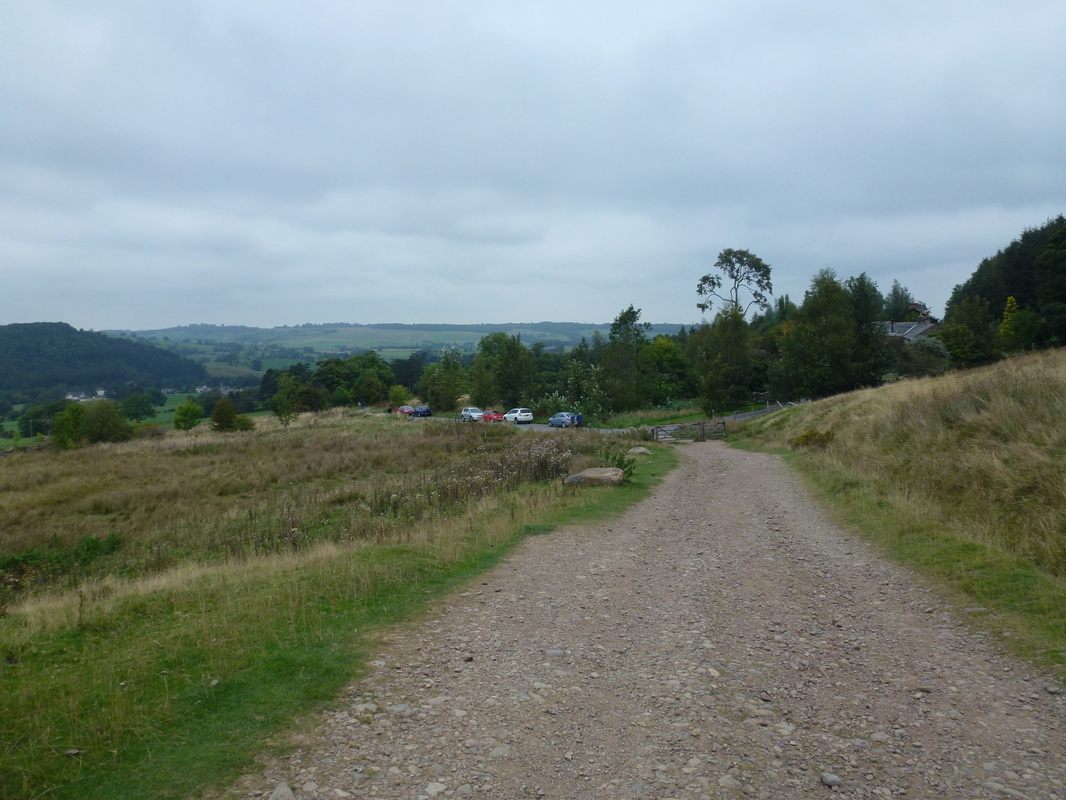 The Car Parking Area at Roehead 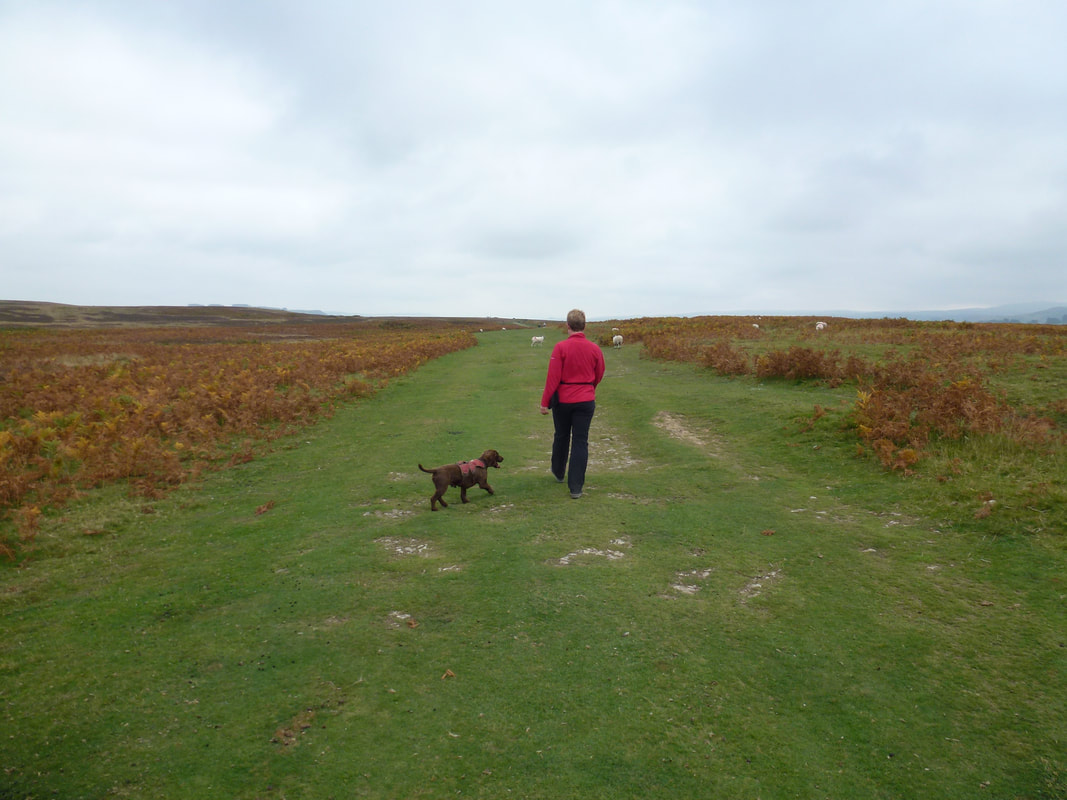 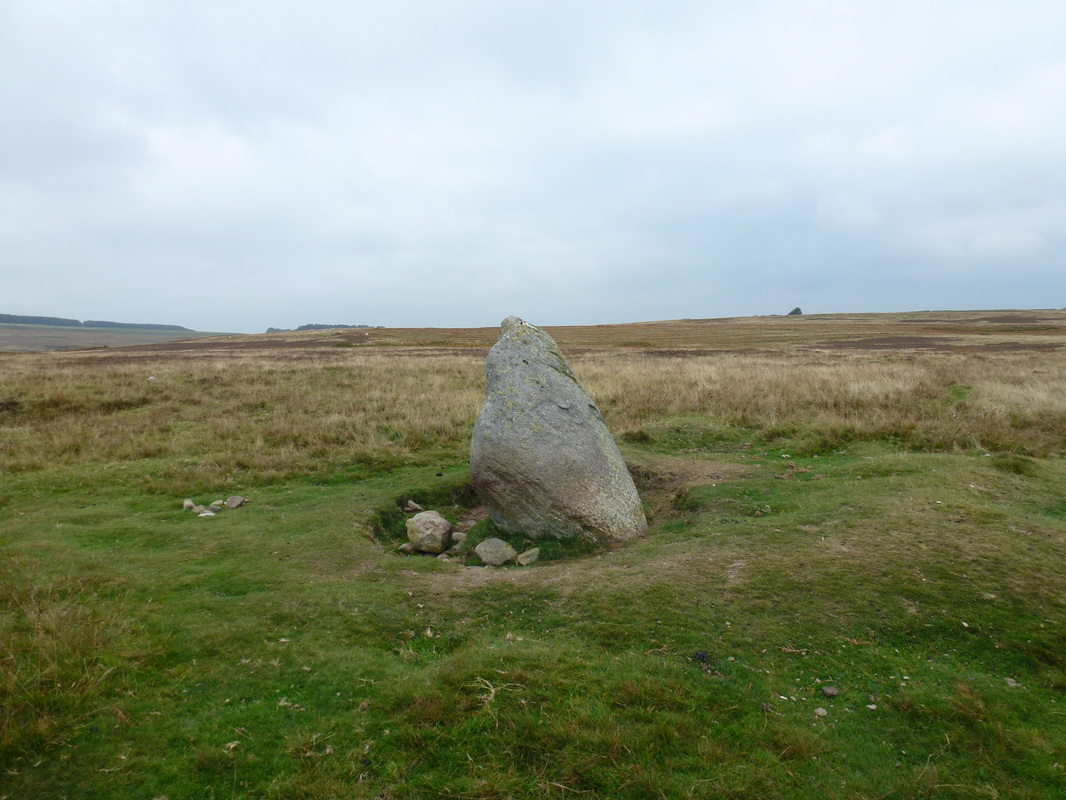 The Cop Stone
Although the stone is solitary, it is thought that the Cop Stone was one of several at the margins of a ring cairn.  In the 1880's there were records of at least 10 standing and recumbent stones nearby, but these have largely disappeared. The stone is 1.7m in height. 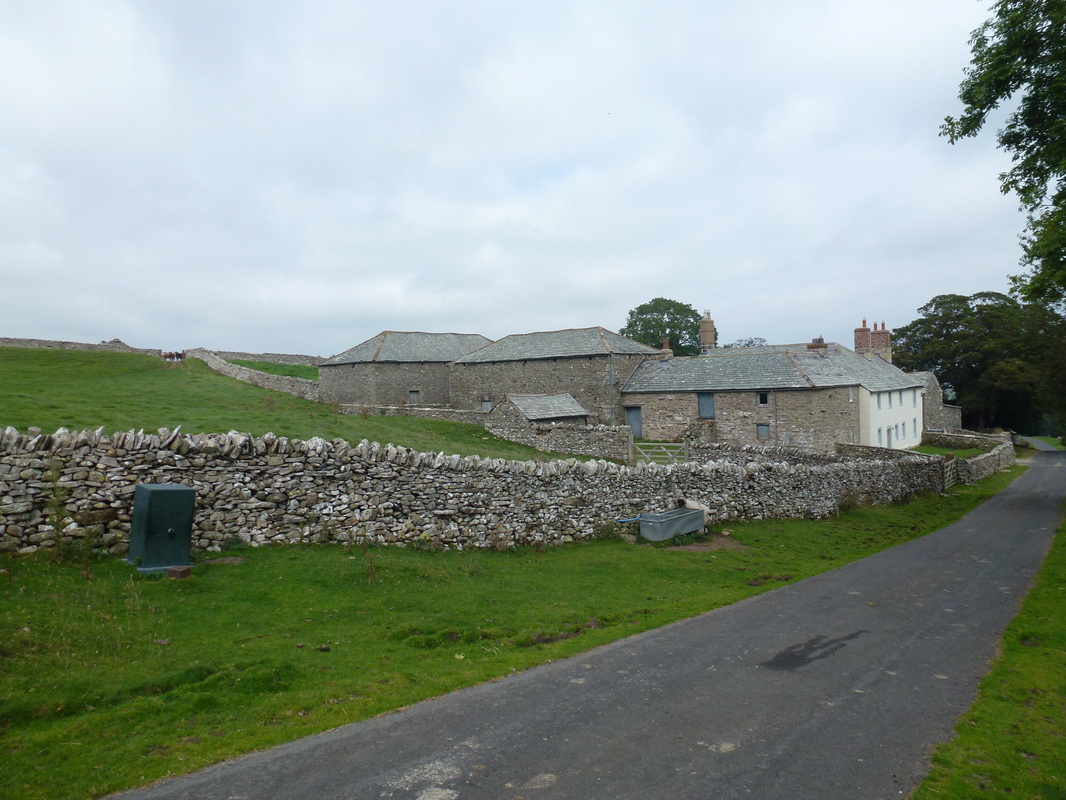 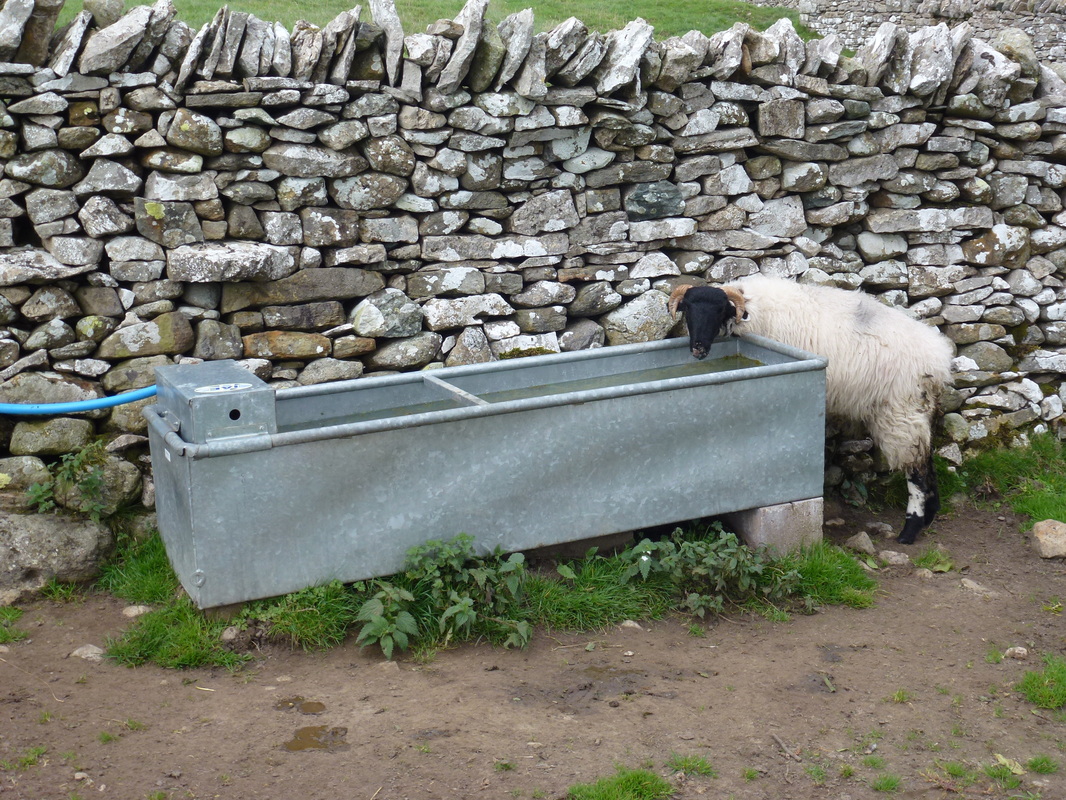 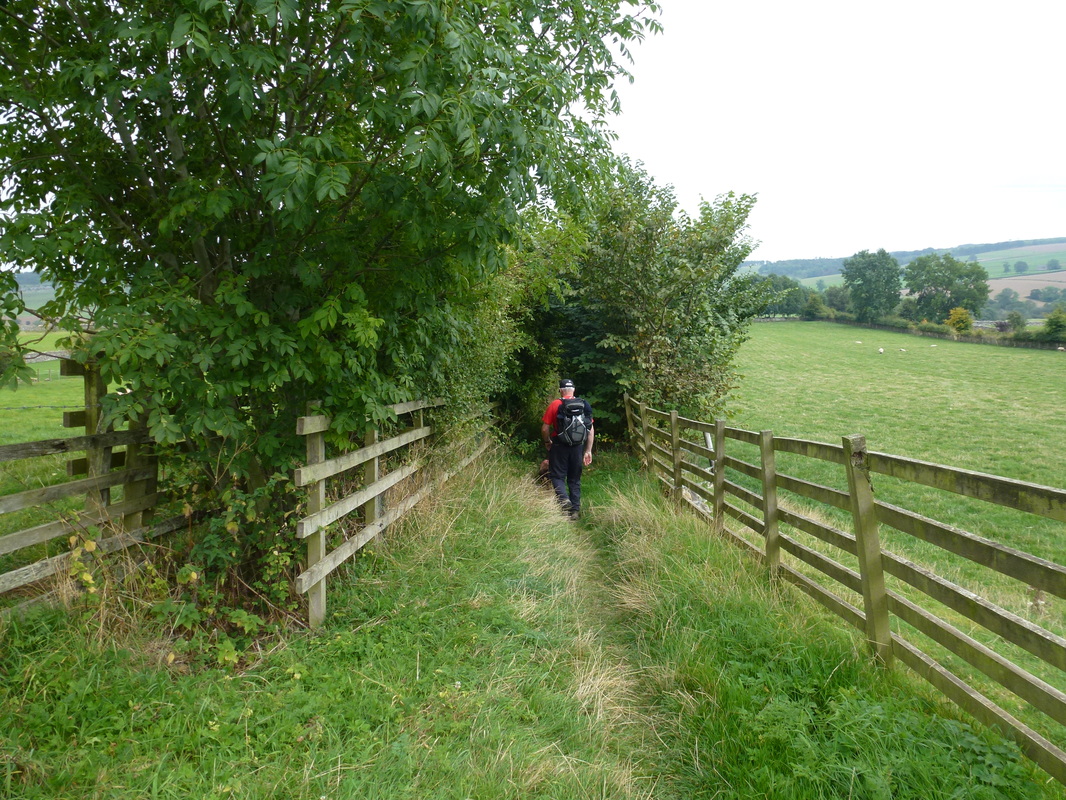 Leaving Helton and heading for Whale 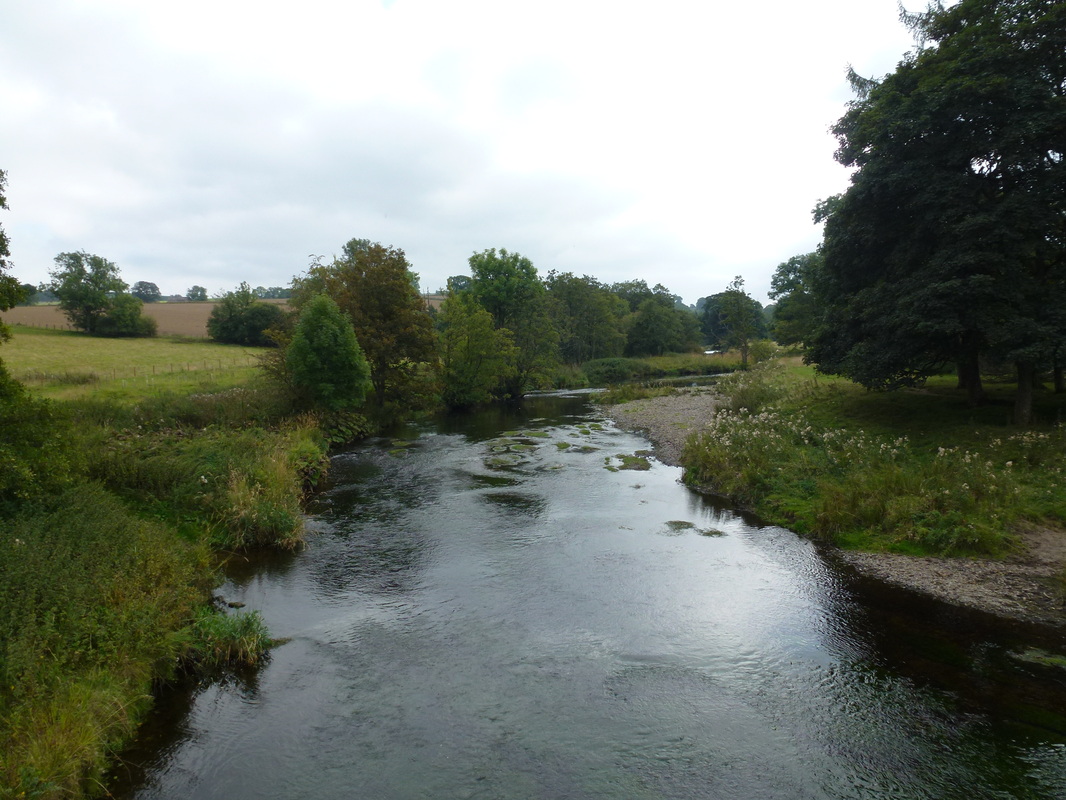 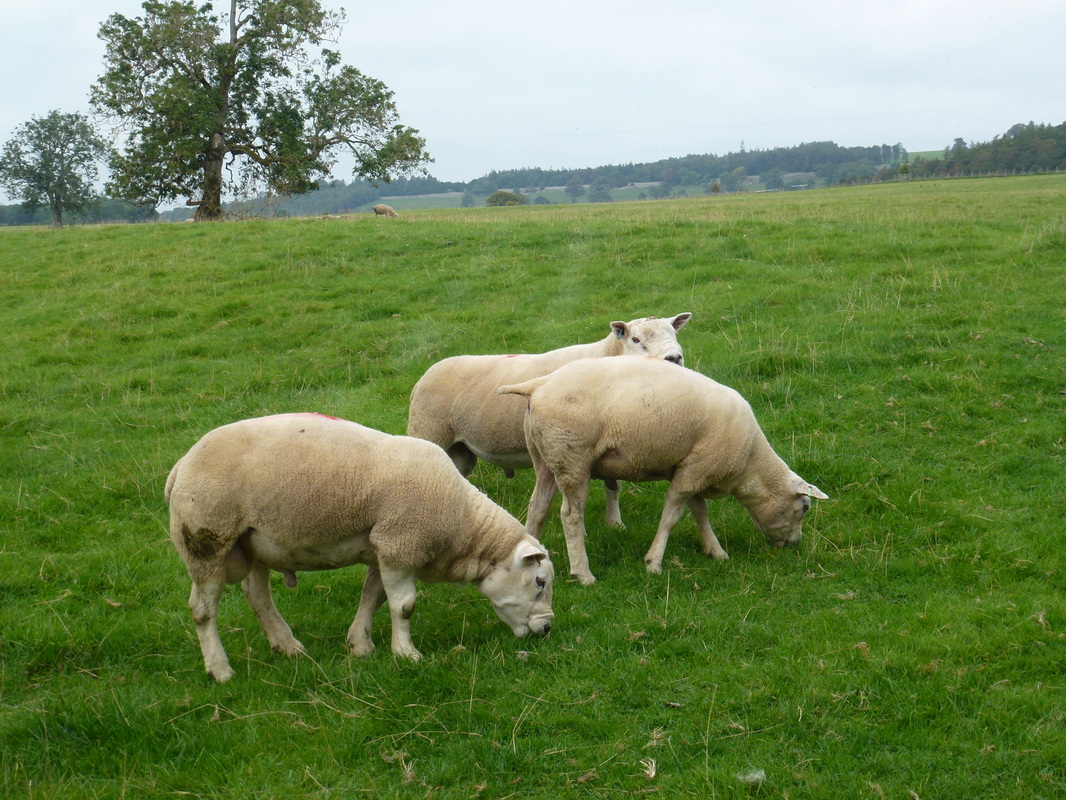 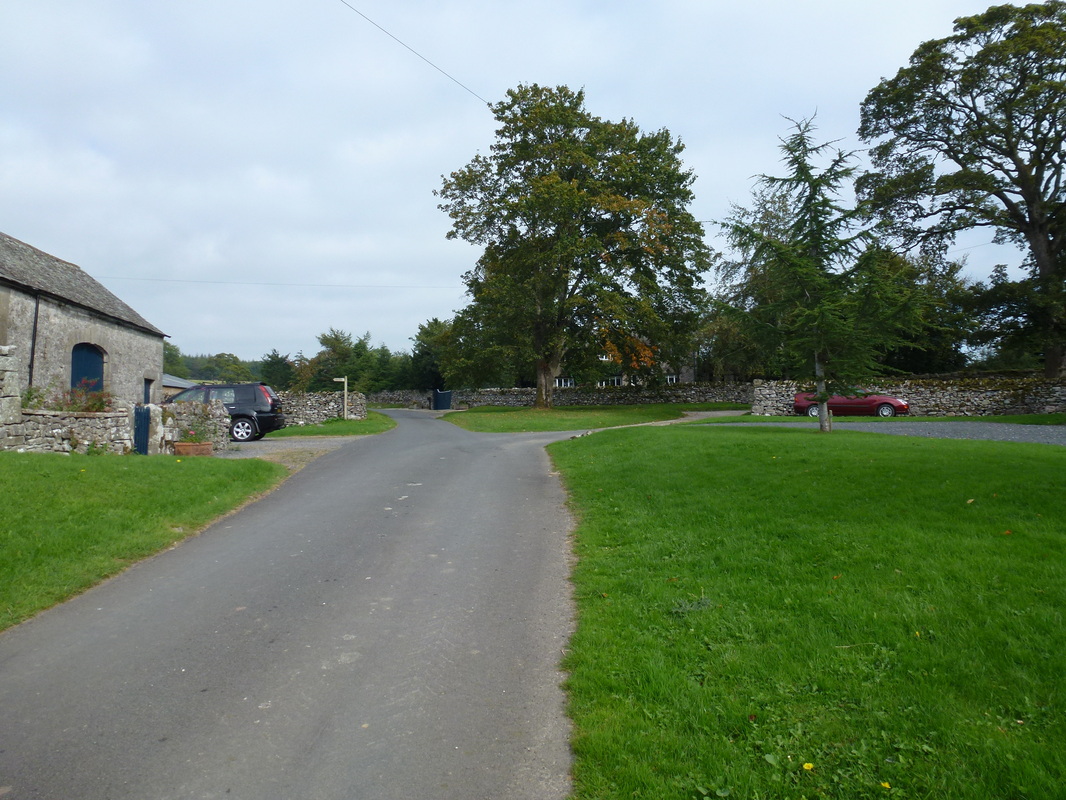 The tiny hamlet of Whale 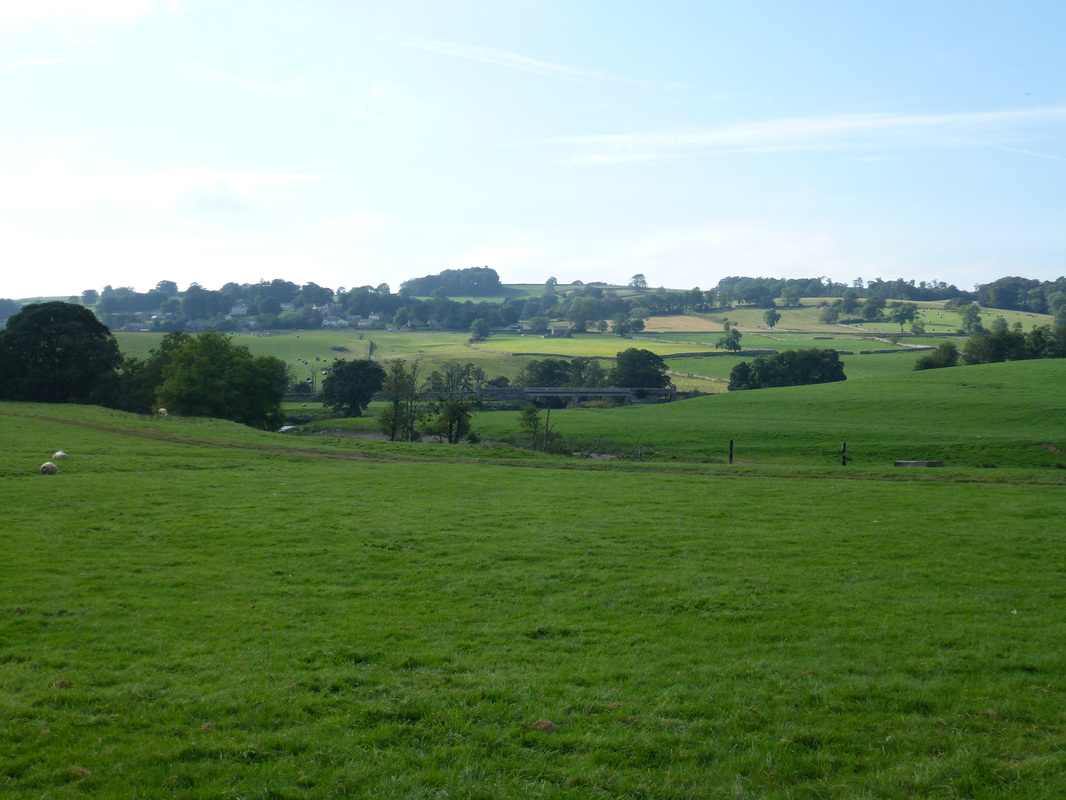 Looking back to Helton from Whale 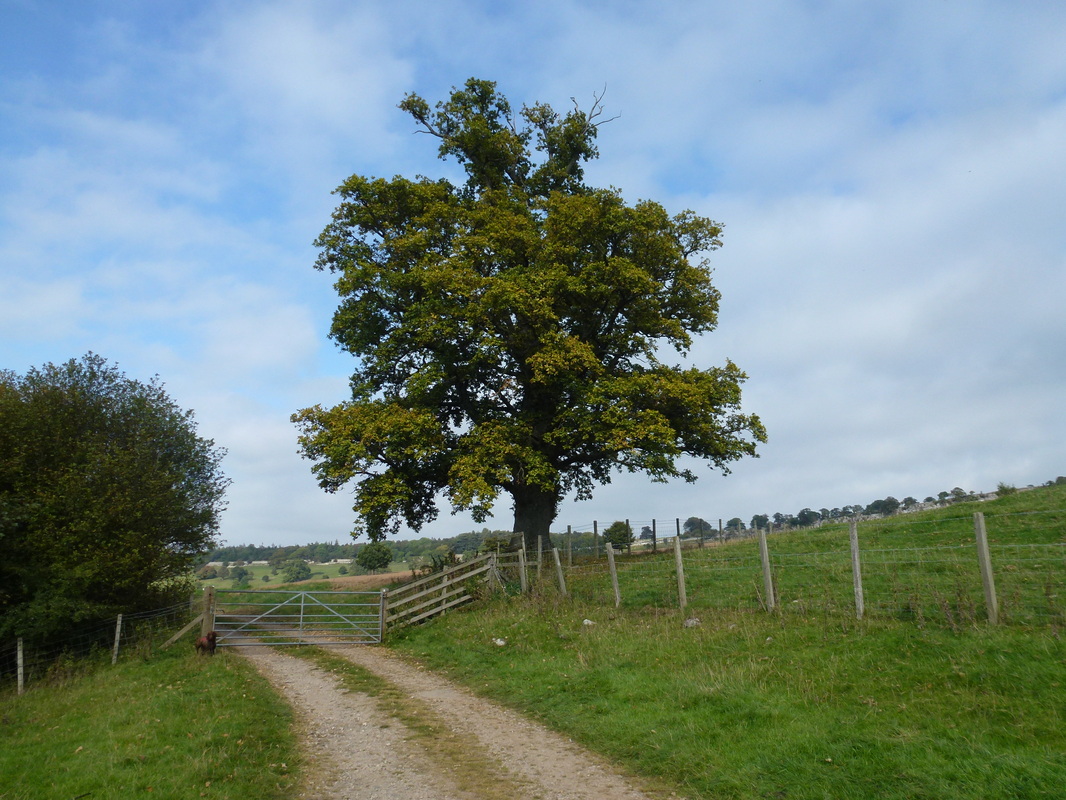 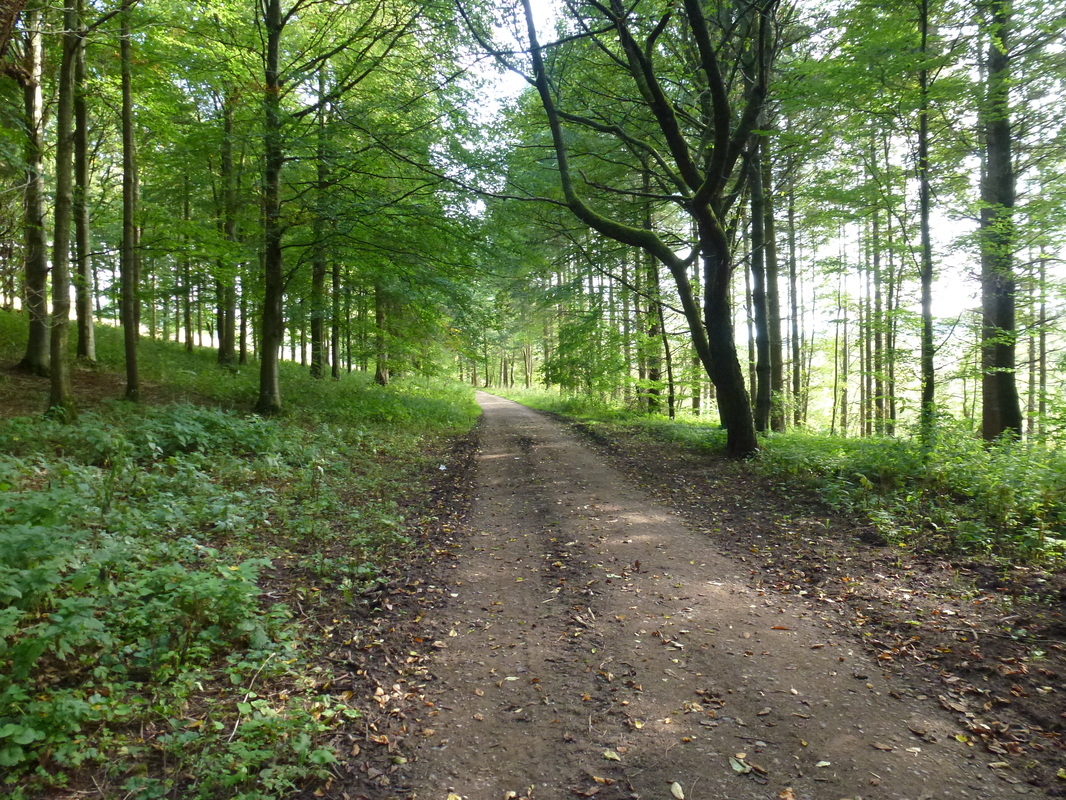 This was a really delightful path through the plantation 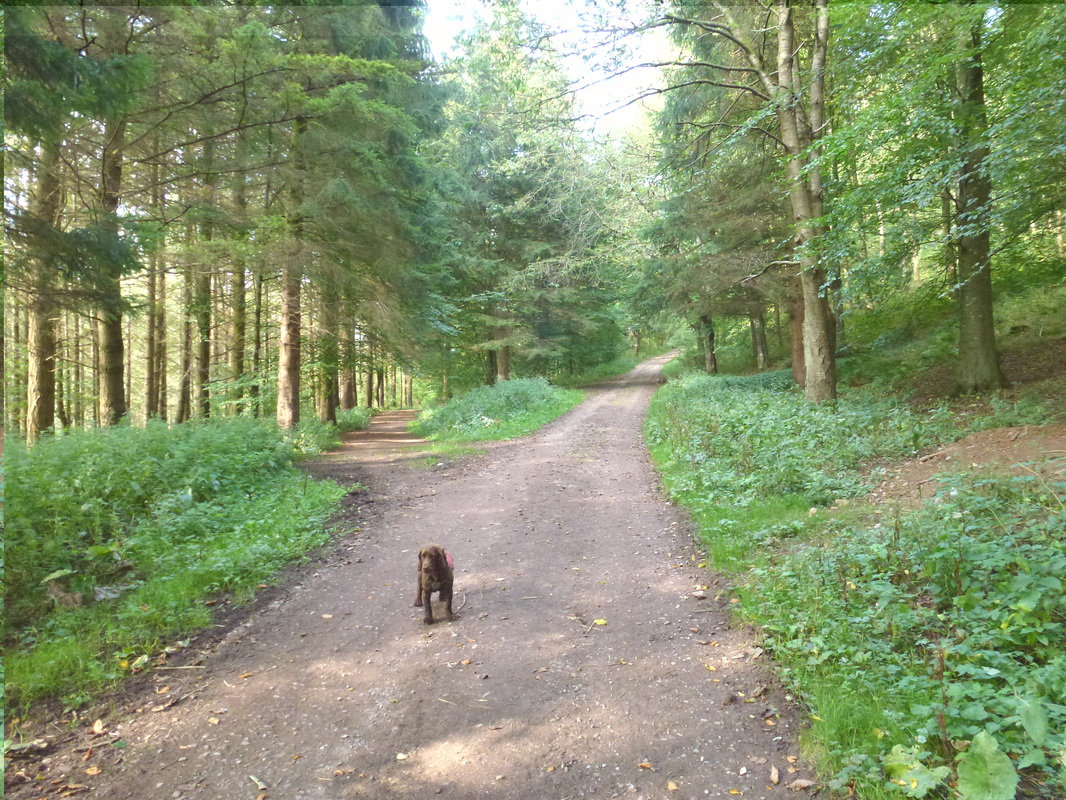 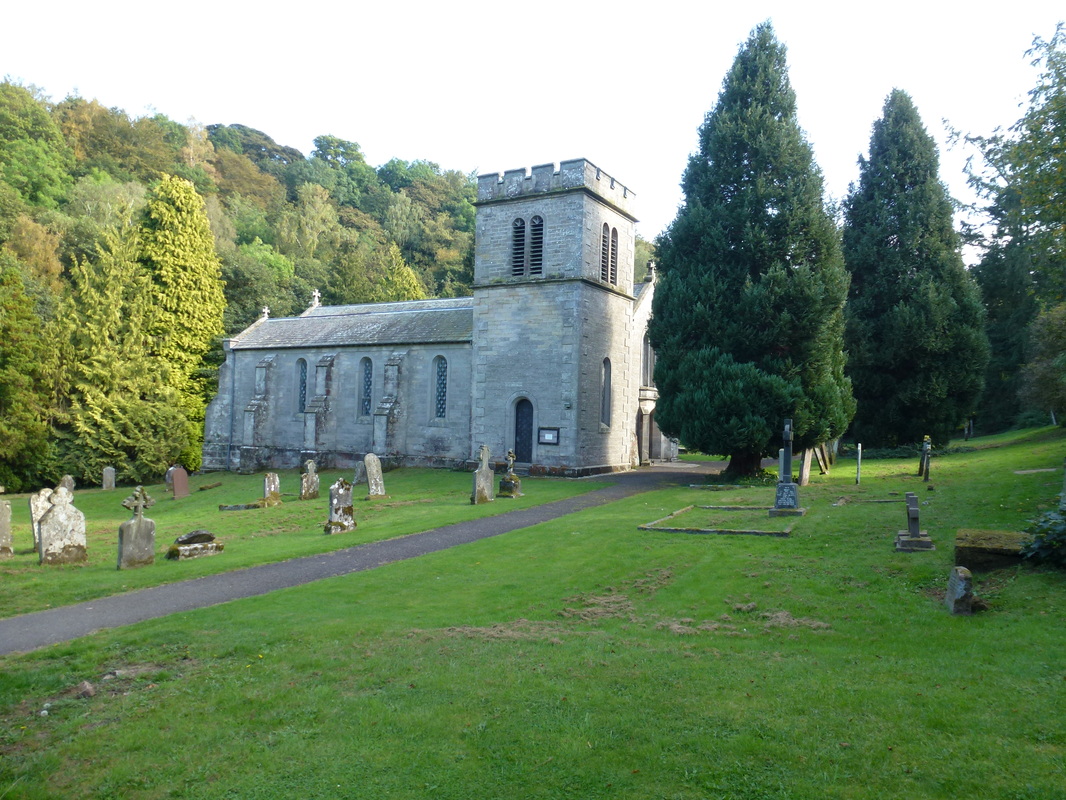 St Peter's Church, Askham
The church was built by Sir Robert Smirke who was working on the design for Lowther Castle and the foundation stone is dated 28th June 1832.  Records show that a church dedicated to St Kentigern existed on the site in 1240 and remained until the present church was built. 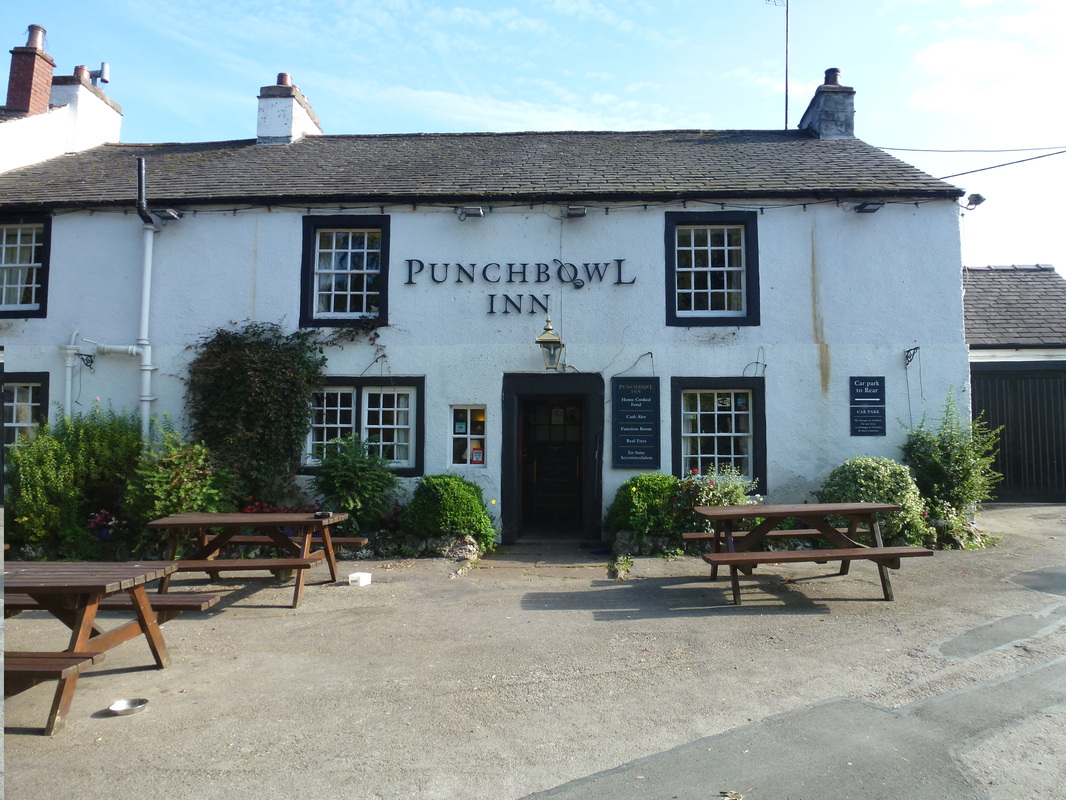 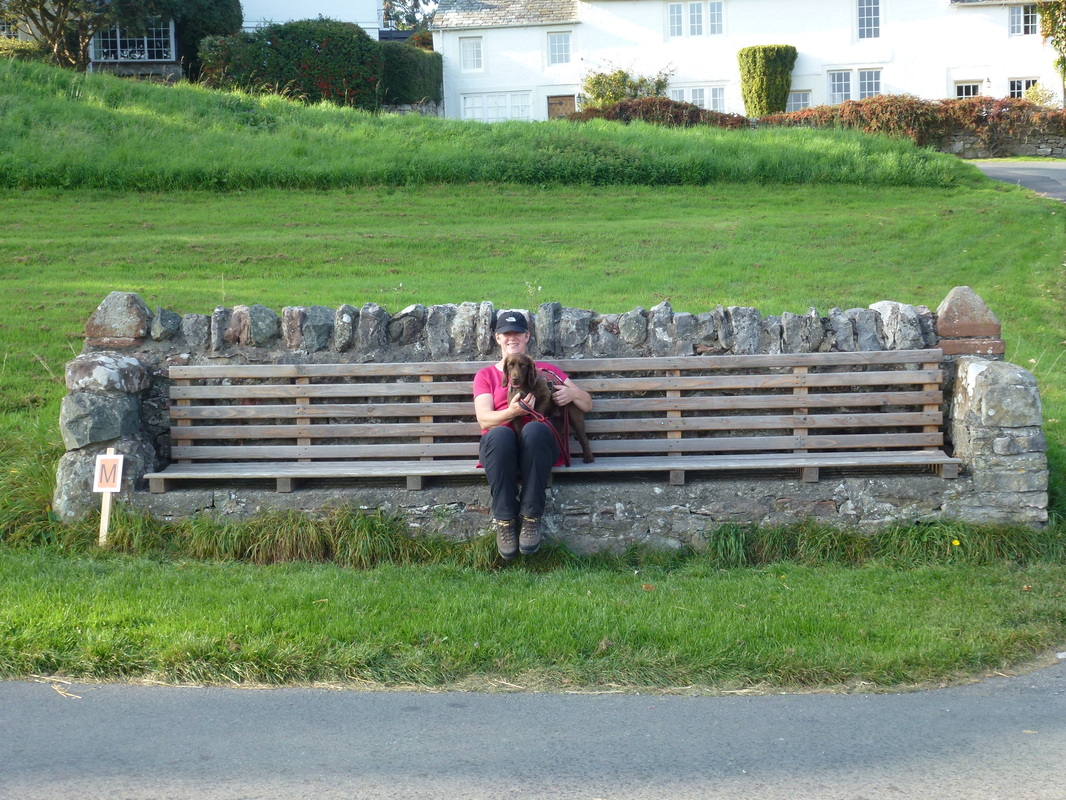 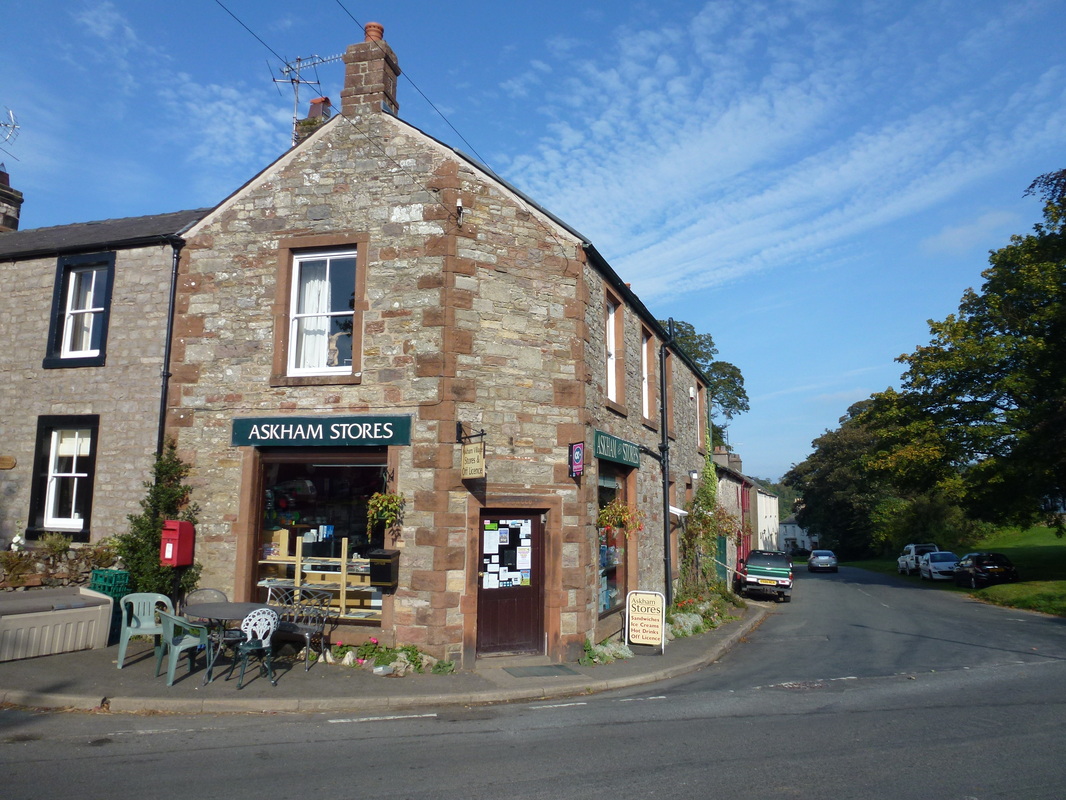 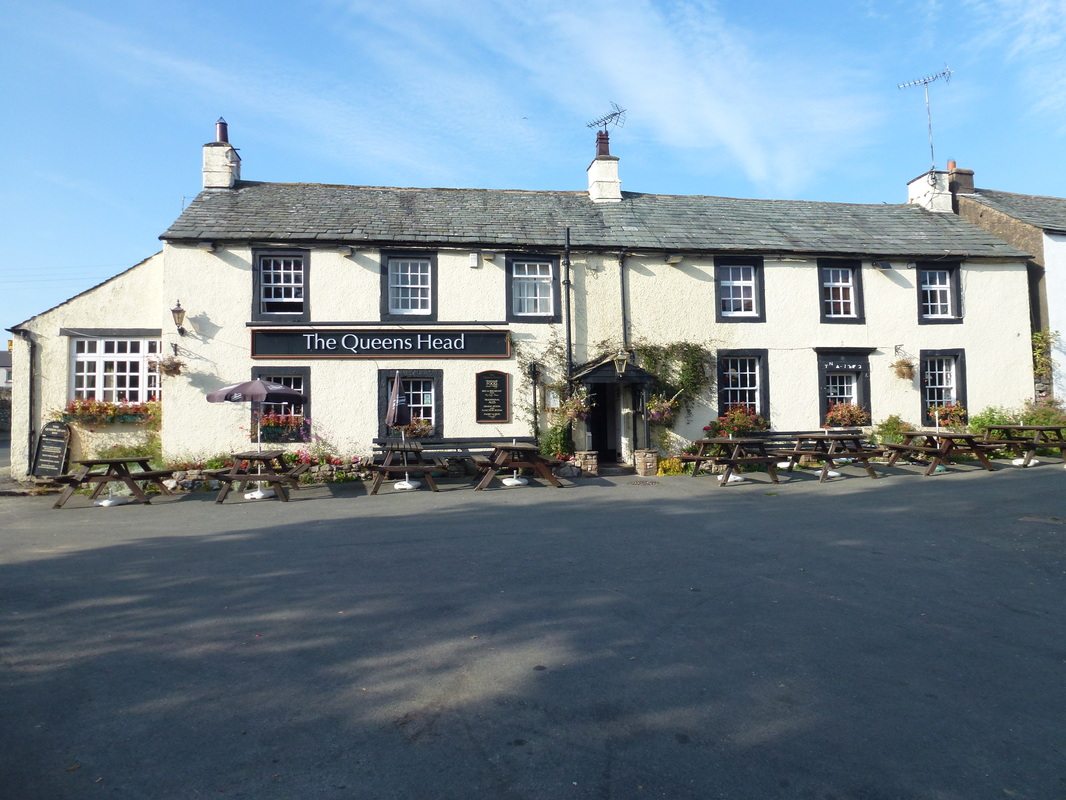 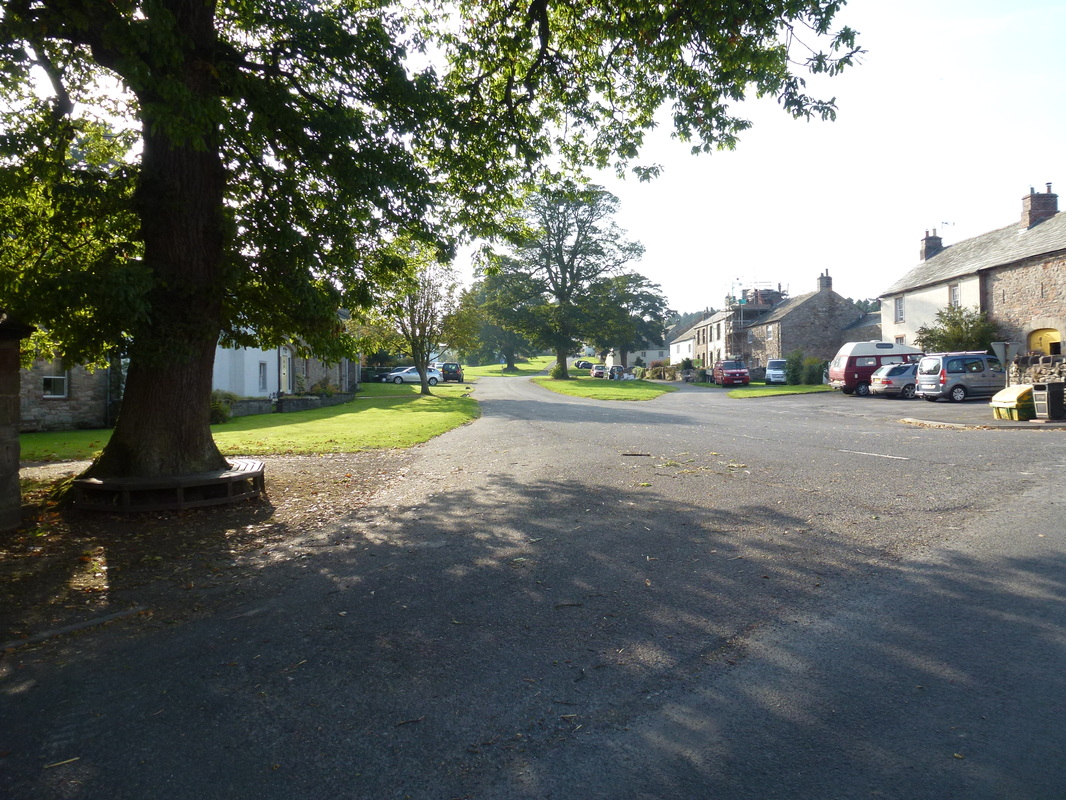 The route continues thorough the lovely village of Askham 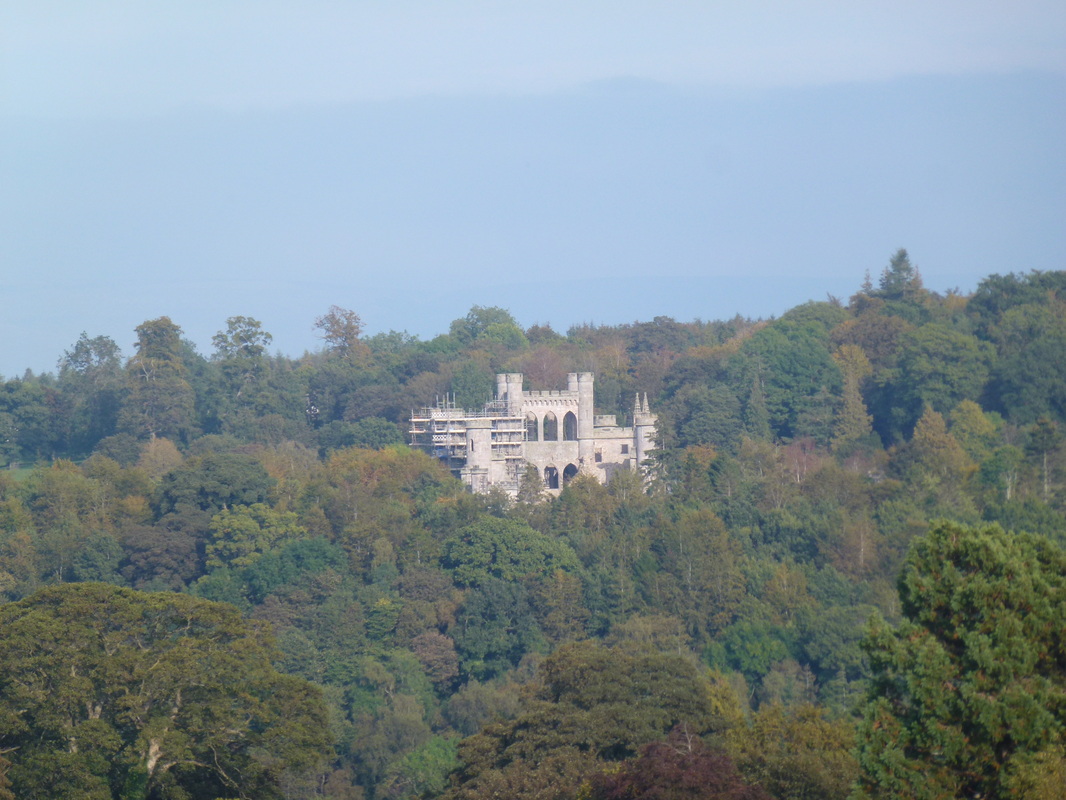 Lowther Castle
​
The castle has an interesting background and was built between 1806 & 1814 for the First Earl of Lonsdale, William Lowther. Due to financial issues the castle closed in 1937 and during the Second Word War was utilised by a tank regiment.  In the late 1940s the castles contents were removed and the roof was dismantled in 1957. After an initial £9 million restoration, the castle and some gardens opened for public visits in 2011, for the first time since 1938. In 2016, the Lowther family again began to manage the property in advance of the official reopening for the 2017 season. A report in October 2018, summarized the situation at that time as: "The part-demolished castle shell and the wrecked garden have been resurrected with impressive energy and conviction. Lowther is now once again one of the leading showplaces of Cumbria". 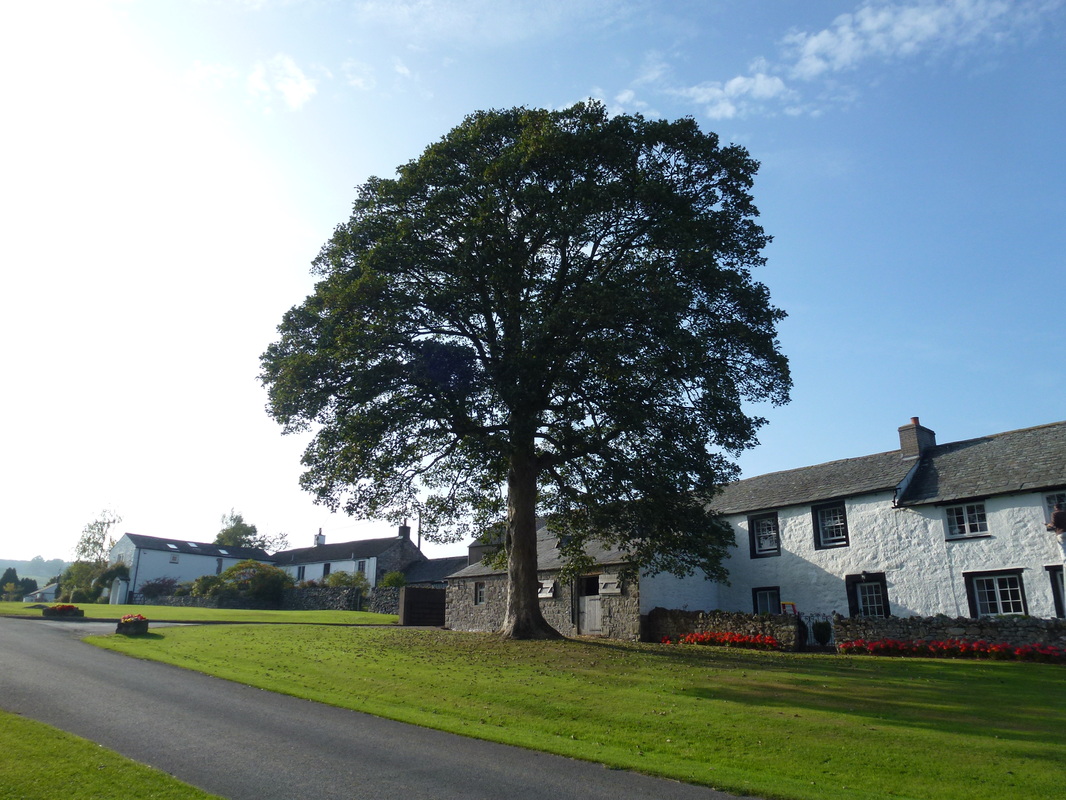 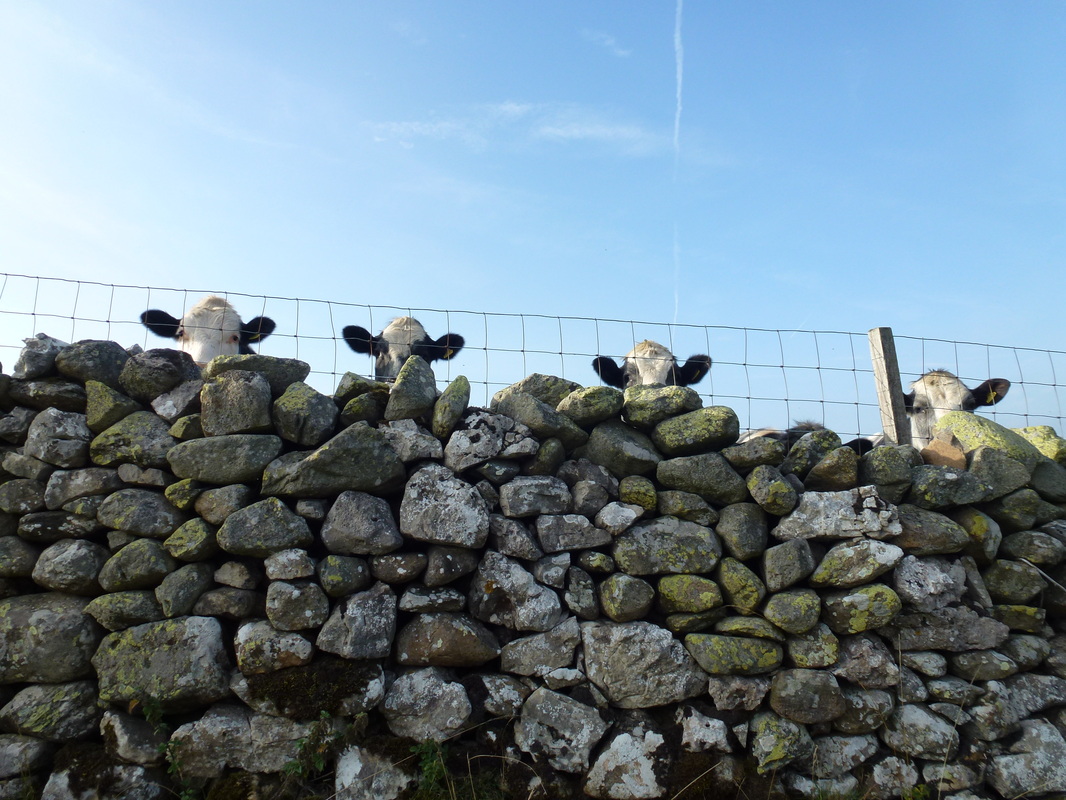 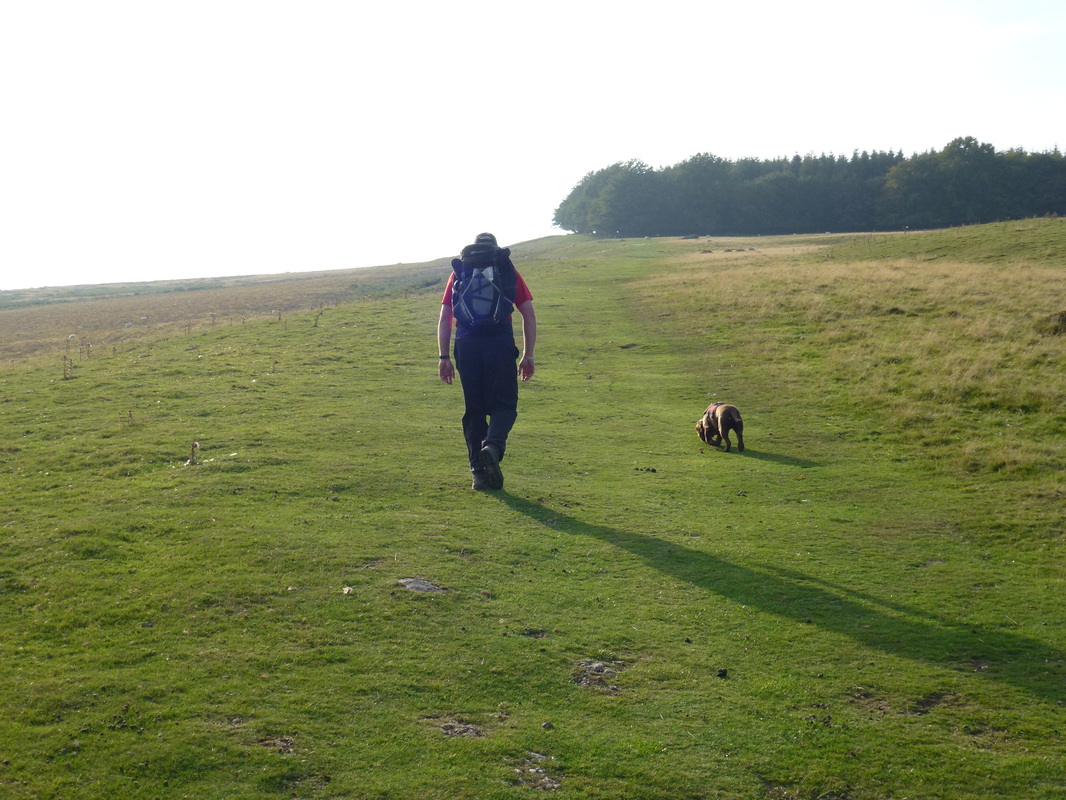 Heading out of Askham towards Heughscar Hill 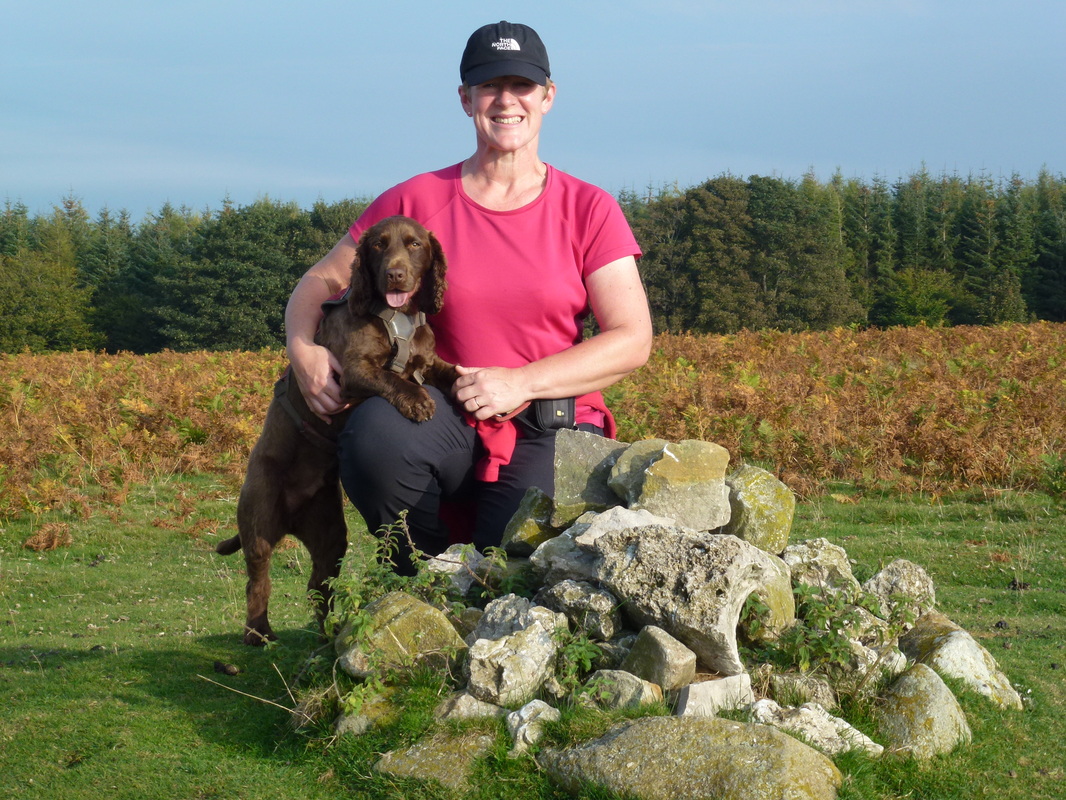 Angie & Fudge on the summit of Heughscar Hill 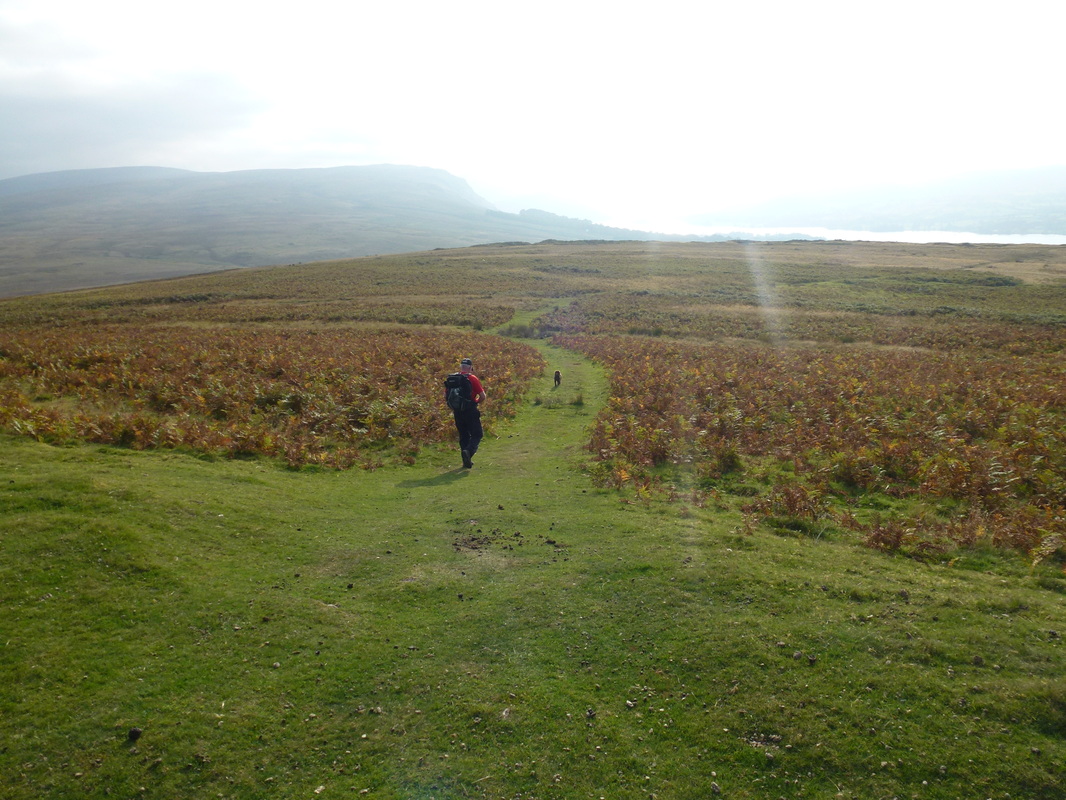 Heading back to Roehead
Home