Plenty of parking in Braemar

A mixed bag of overcast and sunny spells.  It was extremely windy on the summit of Morrone.

​OL58 - Braemar, Tomintoul & Glen Avon
​If the above GPX file fails to download or presents itself as an XML file once downloaded then please feel free to contact me and I will send you the GPX file via e-mail.  ​​ 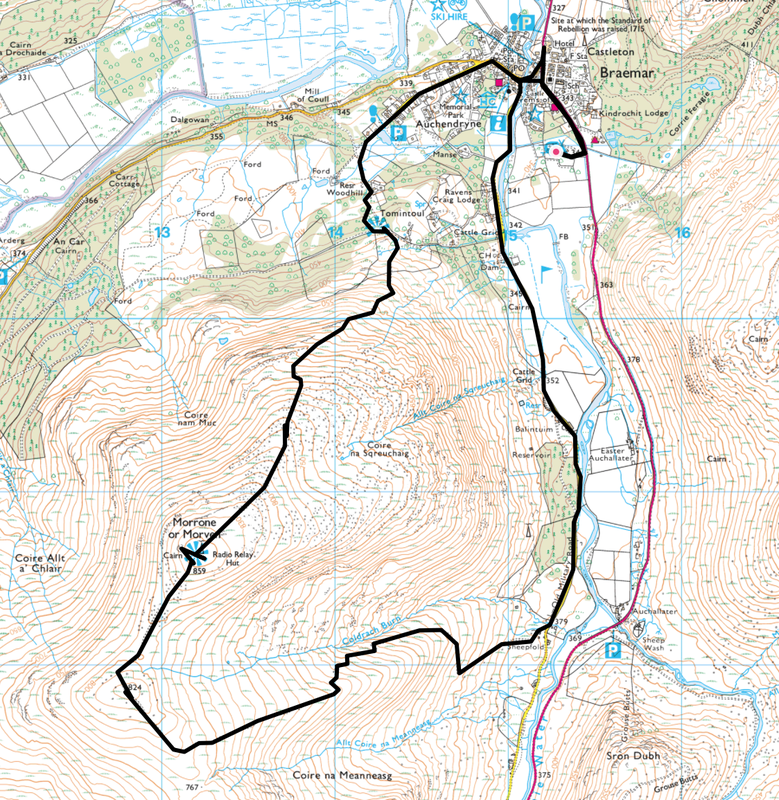 Morrone (meaning Big Hill or Big Nose) is a Corbett (a Scottish mountain between 2500 & 2999 feet) just outside the Scottish town of Braemar.
​ 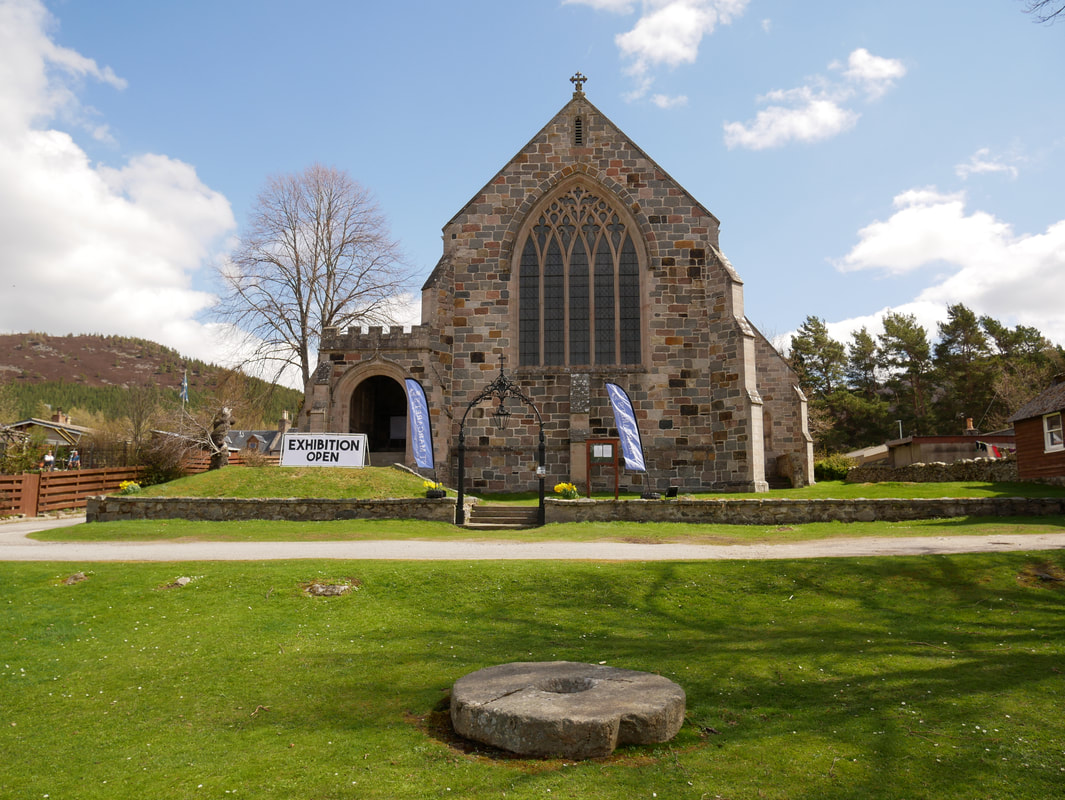 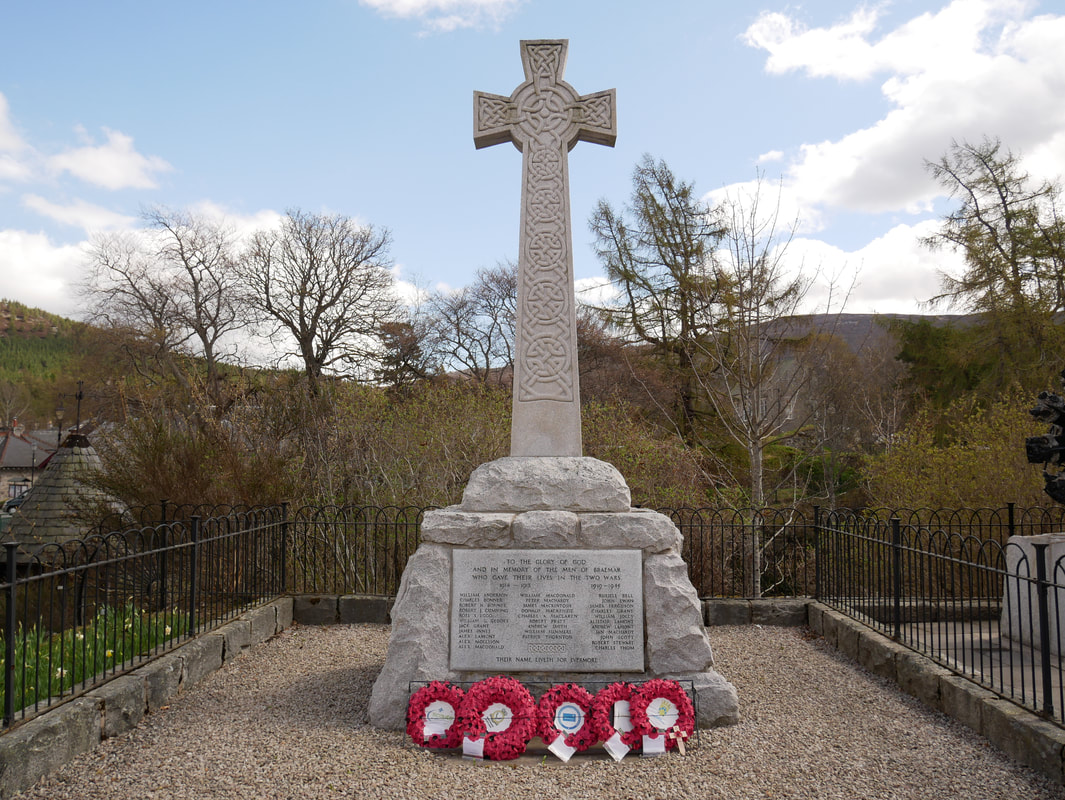 The Braemar War Memorial stands just off Braemar's main street above the gorge containing the Clunie River and lists the Men of the village who gave their lives in the service of their country during the First and Second World Wars. The Fife Arms Hotel, across the road, was taken over by the War Department in 1940 and turned into an army barracks. The hotel was used by the newly formed Commandos, who were being trained in mountain warfare. 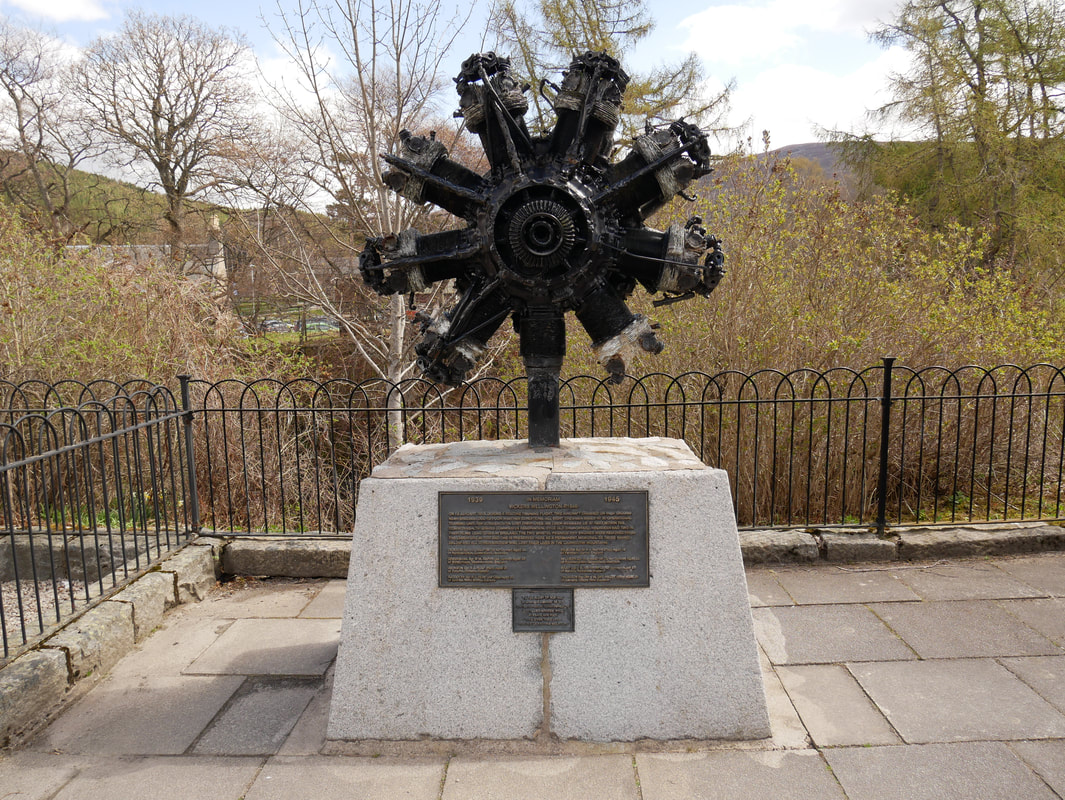 This aero engine sits alongside the War Memorial - it is a Pegasus engine recovered from the remains of an RAF Vickers Wellington.  The WW2 twin-engined bomber, serial number R1646 which crashed in early 1942, is just one of many military aircraft that came to grief on the Scottish hills over the years - whether on combat, transport or training missions. 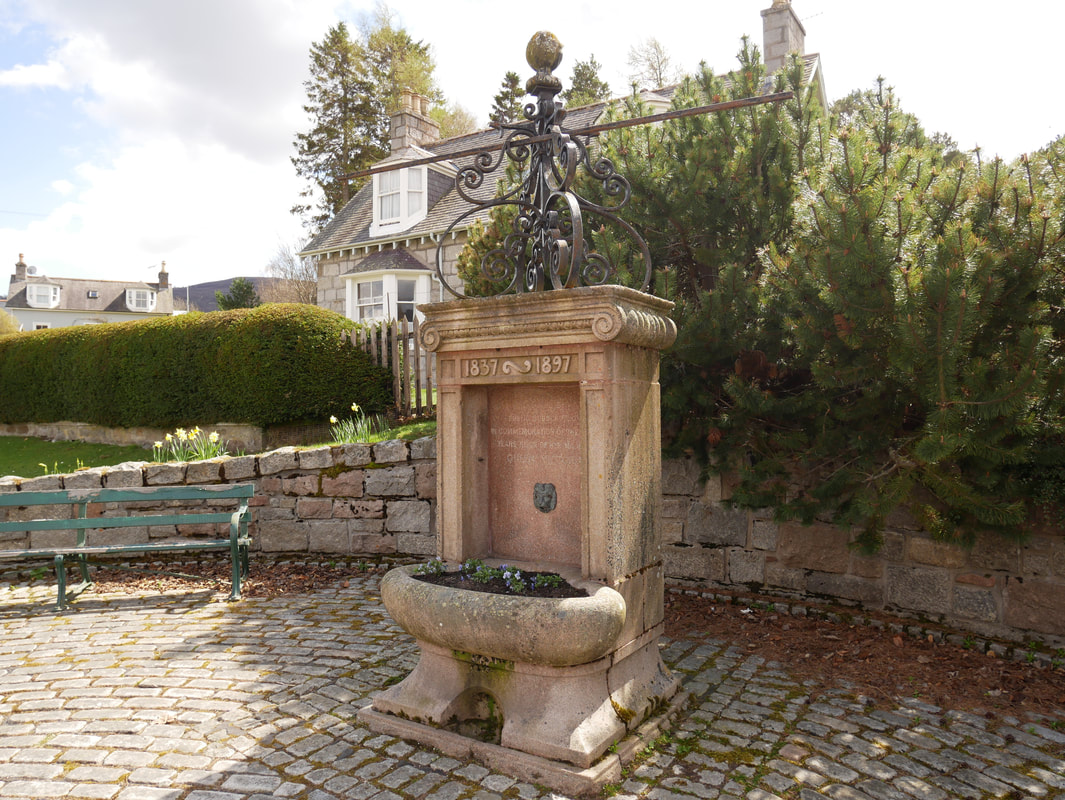 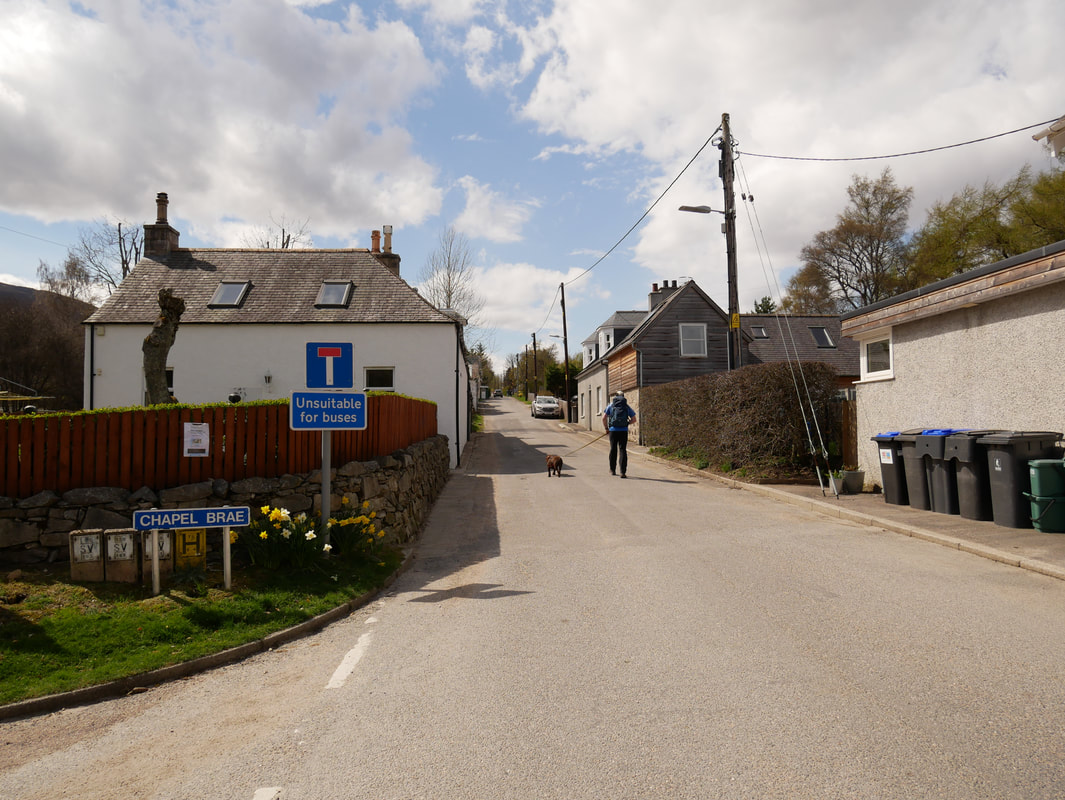 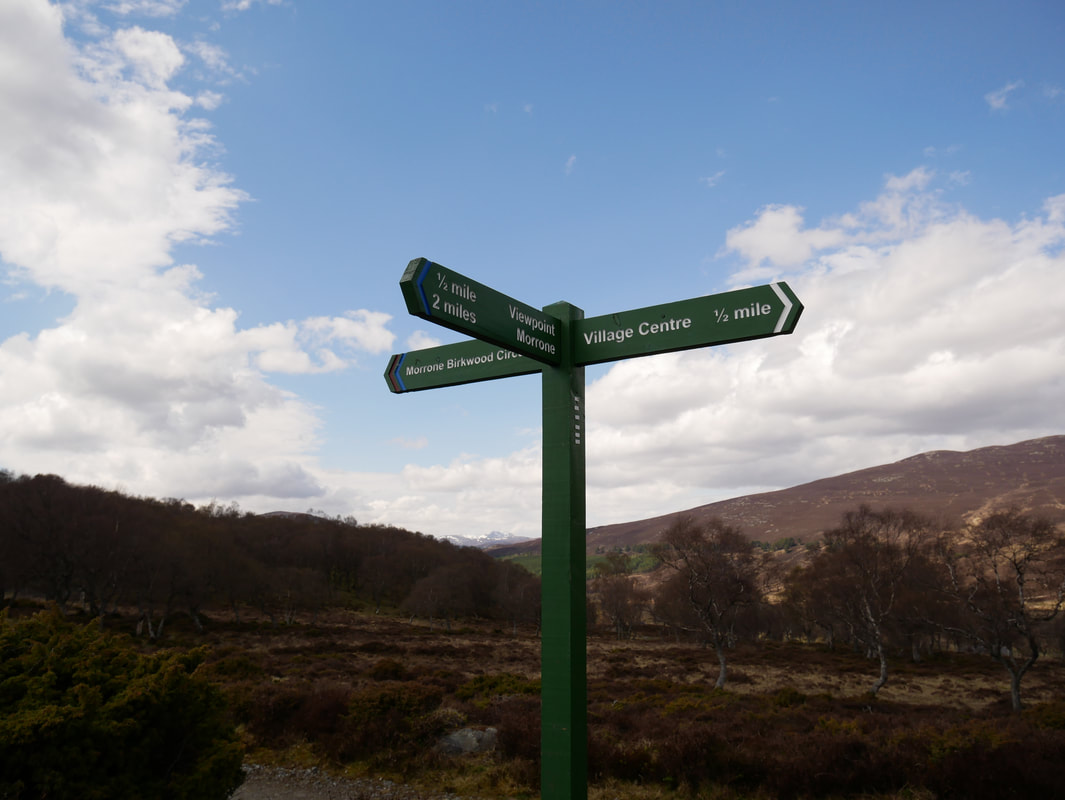 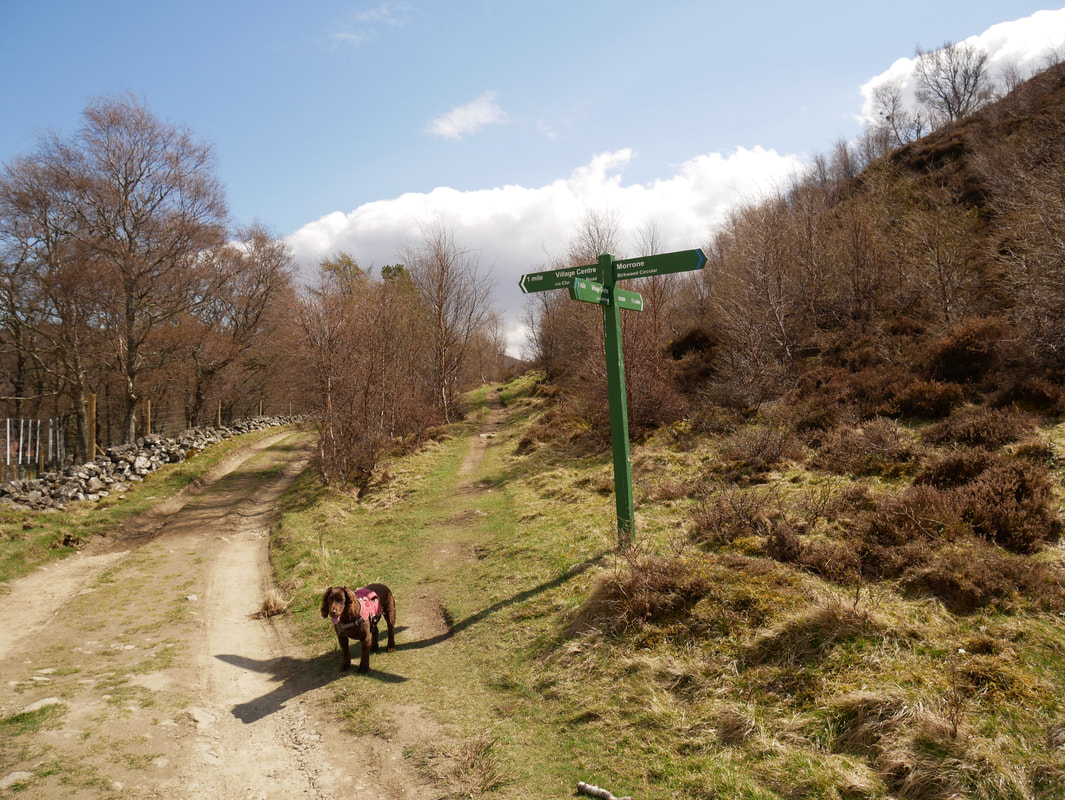 At the crossroads of tracks is where the climbing began - we were taking the path to the right. 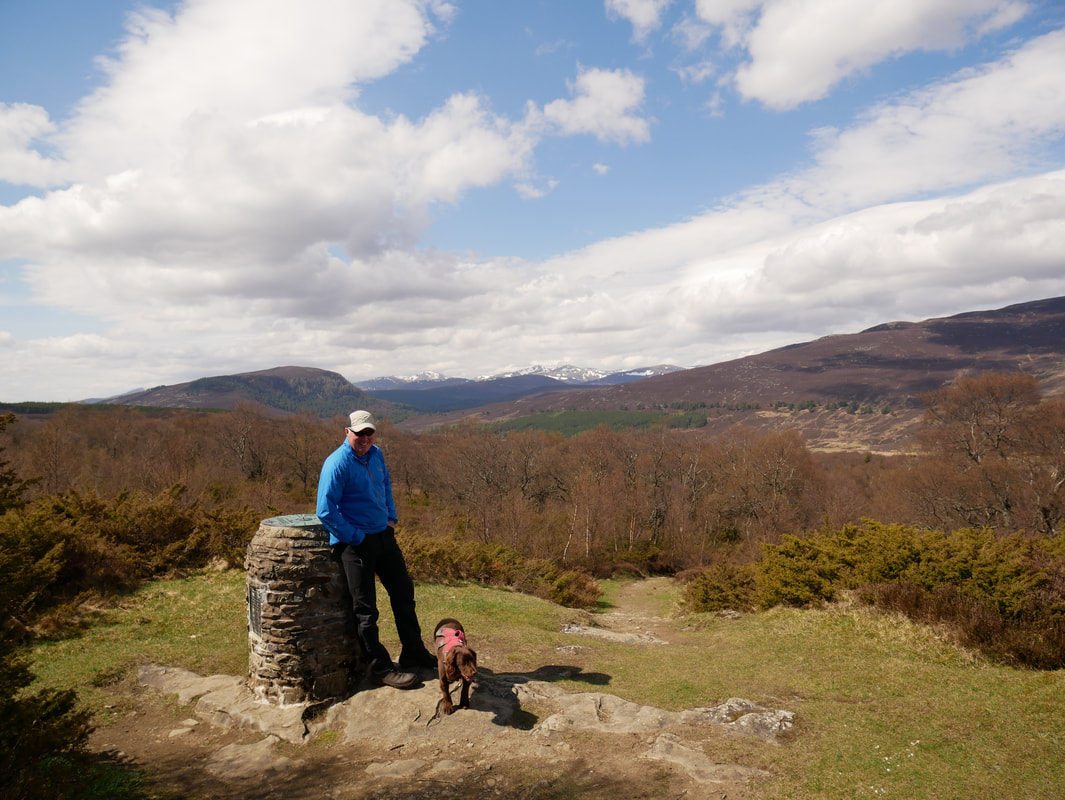 This was a lovely spot above Tomintoul at the Toposcope erected by The Deeside Field Club. As you can see it gives a superb view. 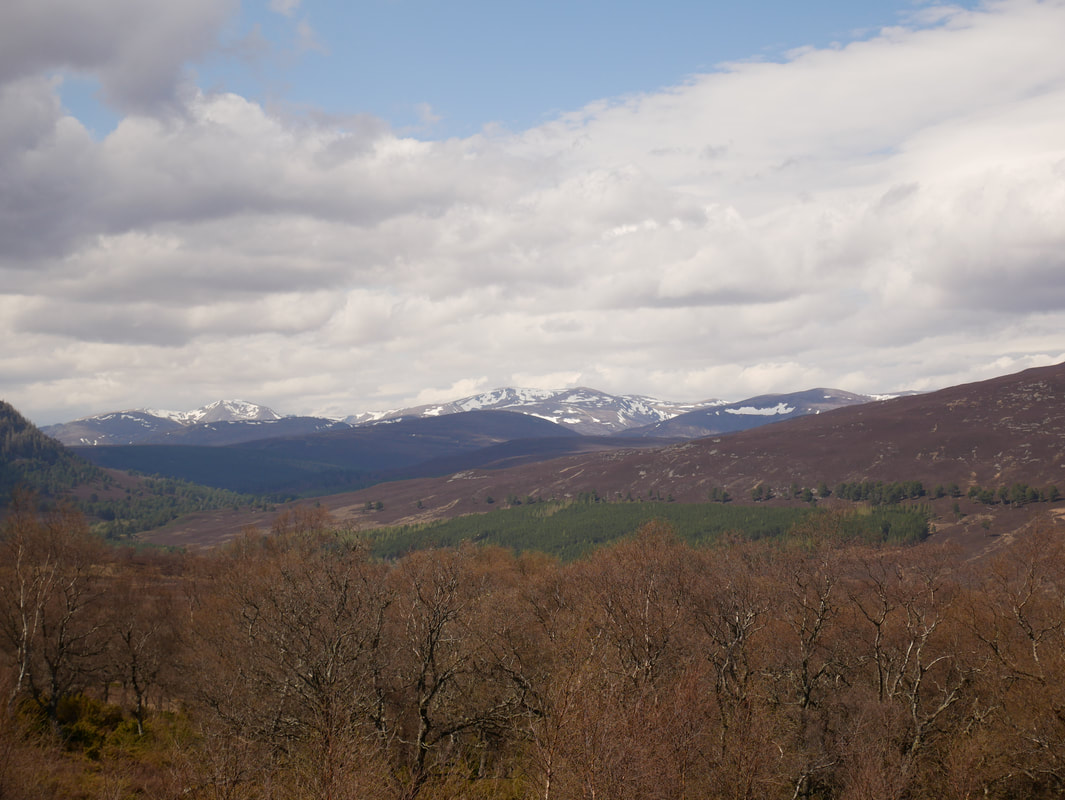 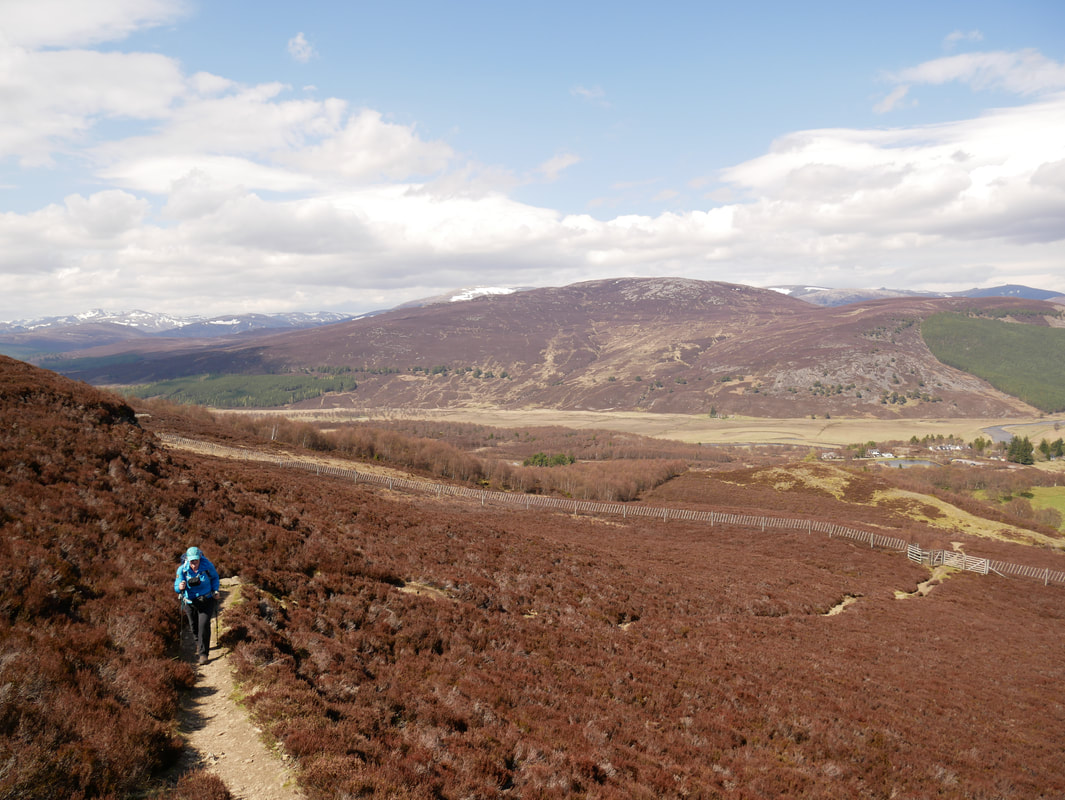 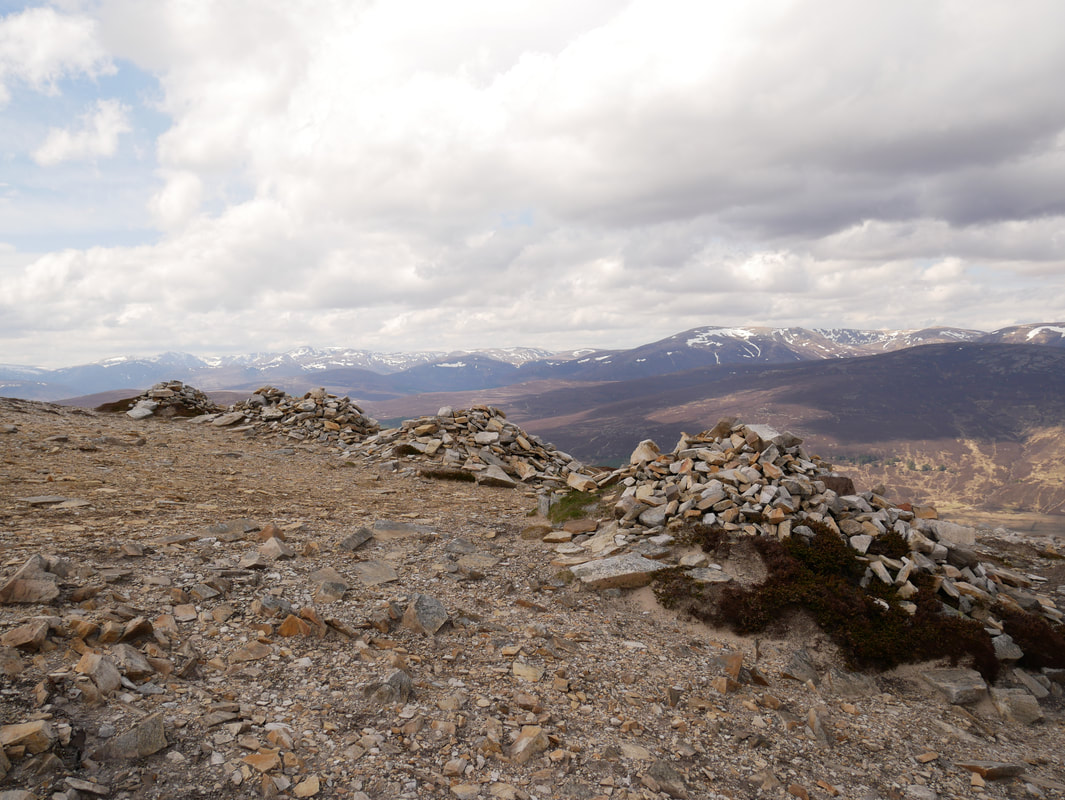 The 5 Cairns on the north side of Morrone 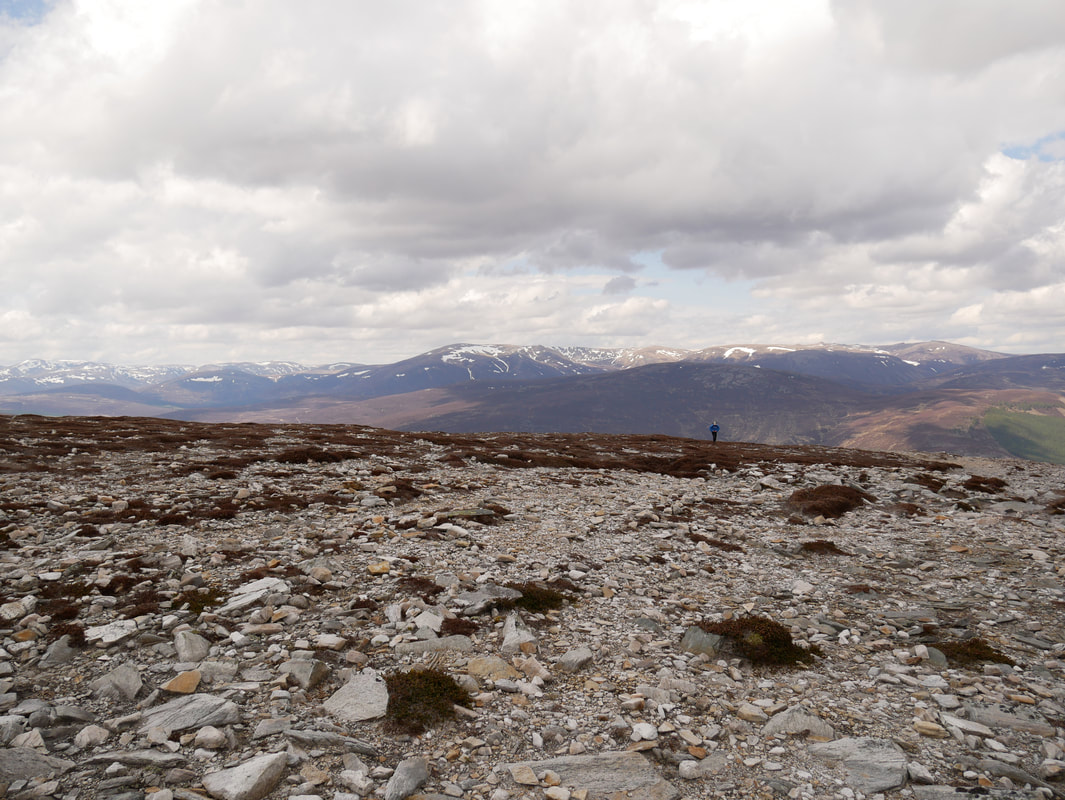 Approaching the summit of Morrone 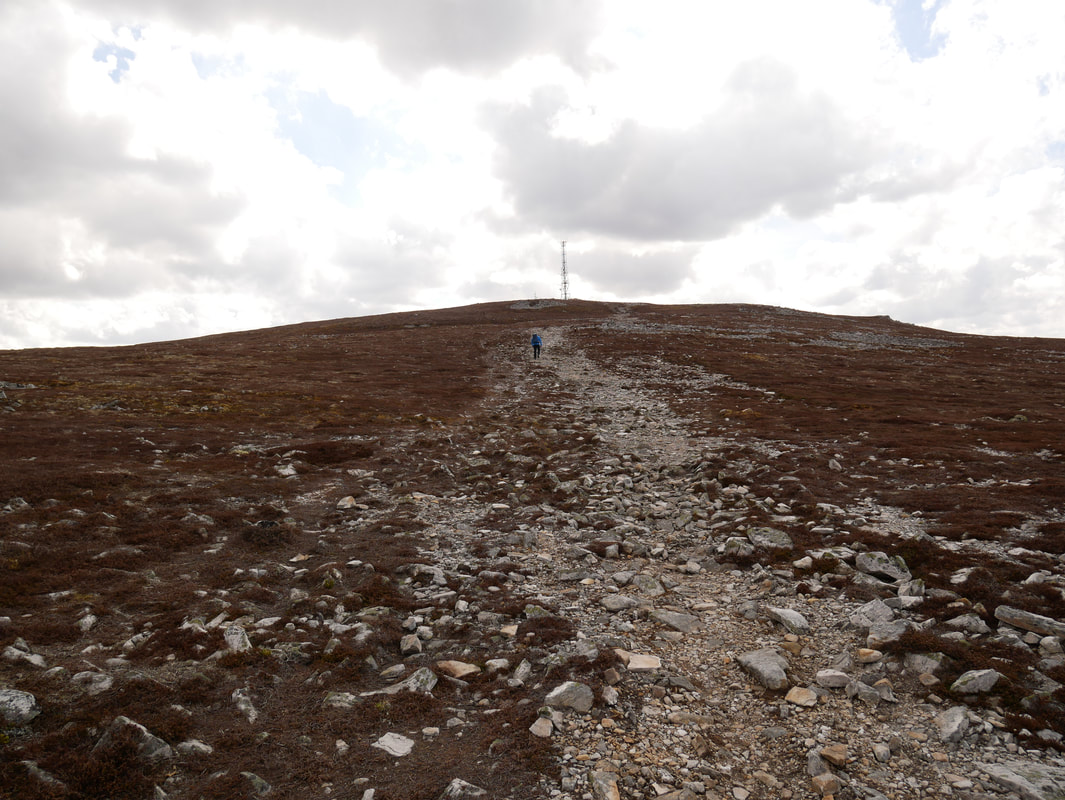 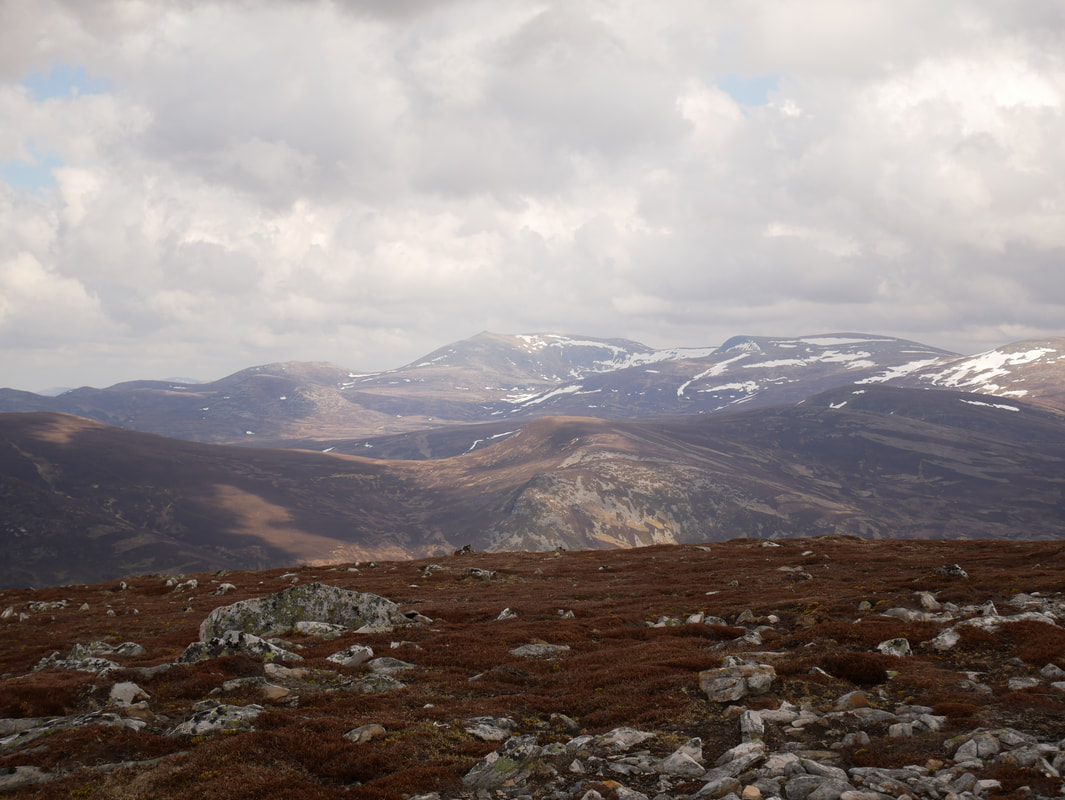 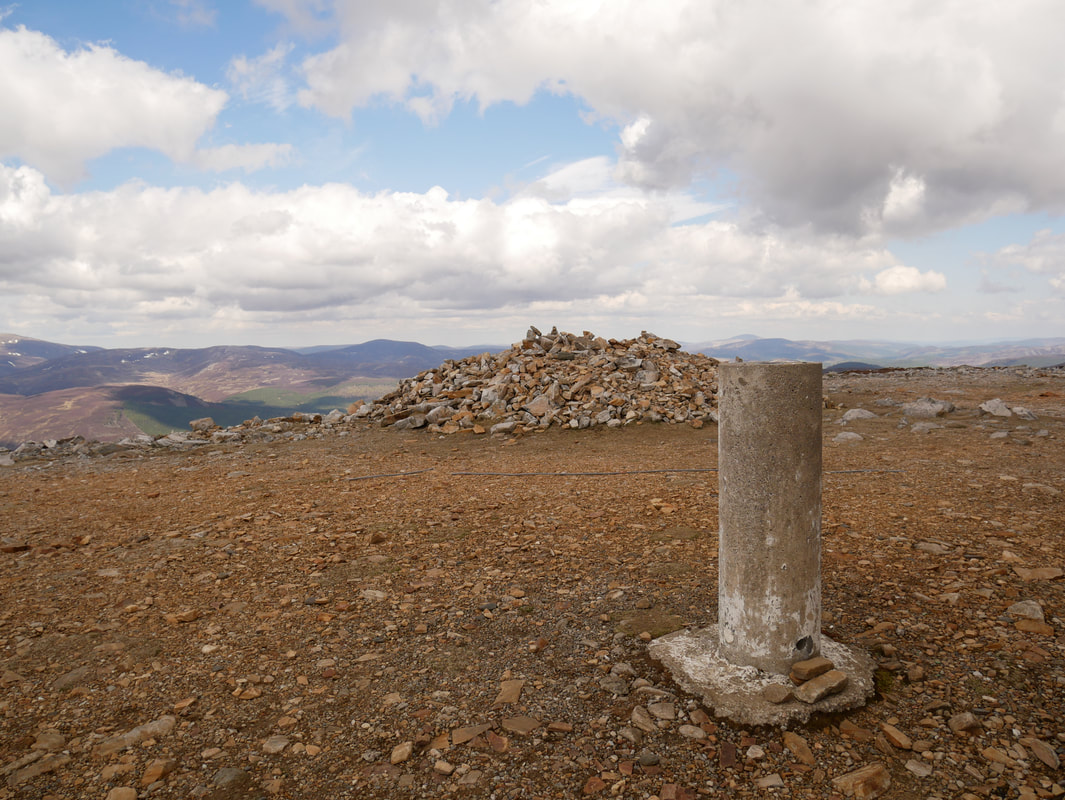 The summit of Morrone 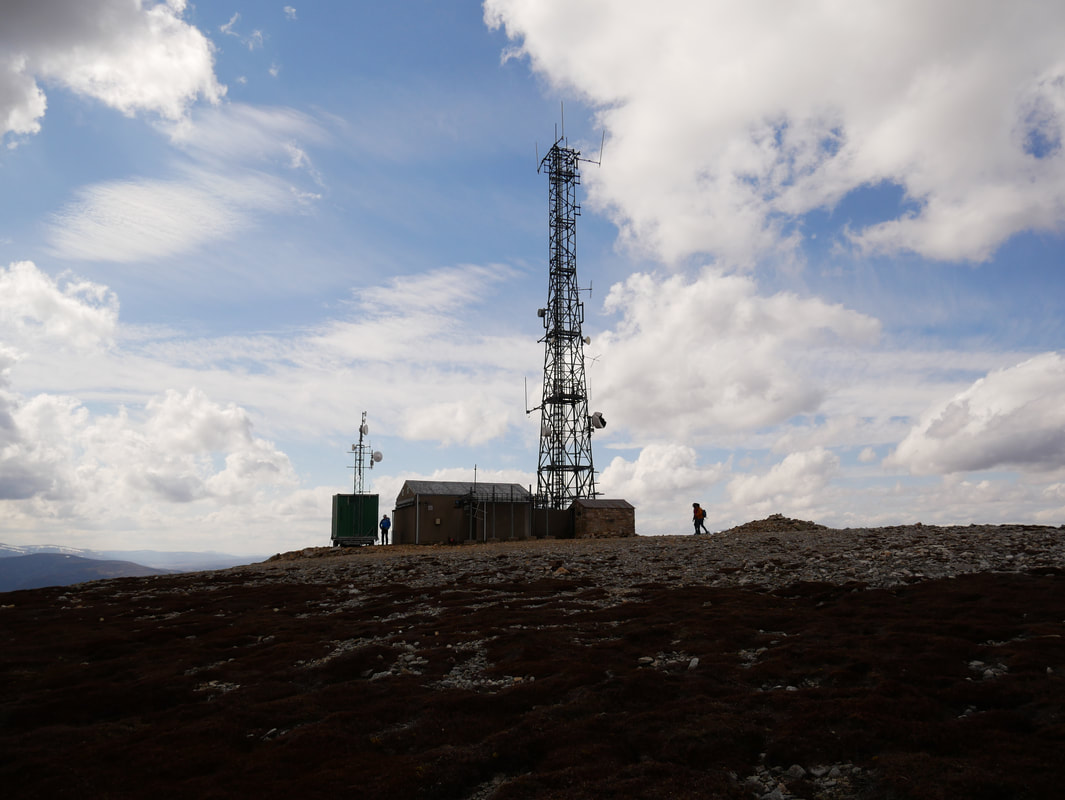 Our route of descent from Morrone heading south along the track 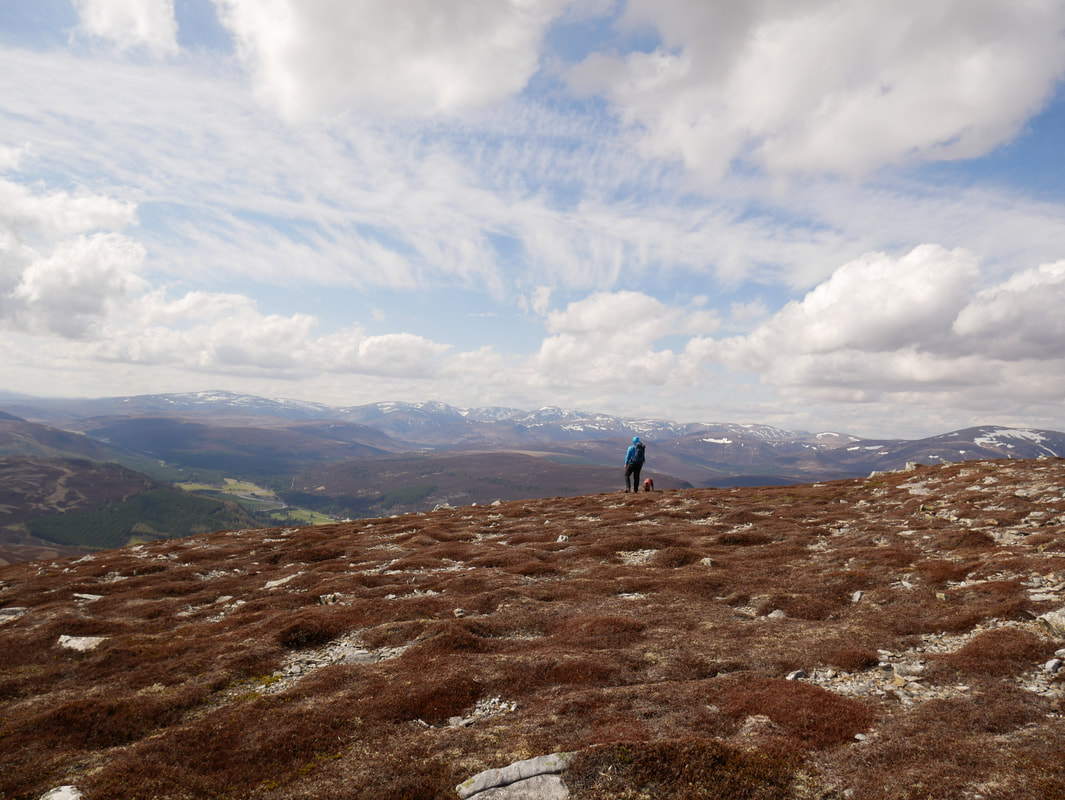 Not bad visibility today - just look at that view 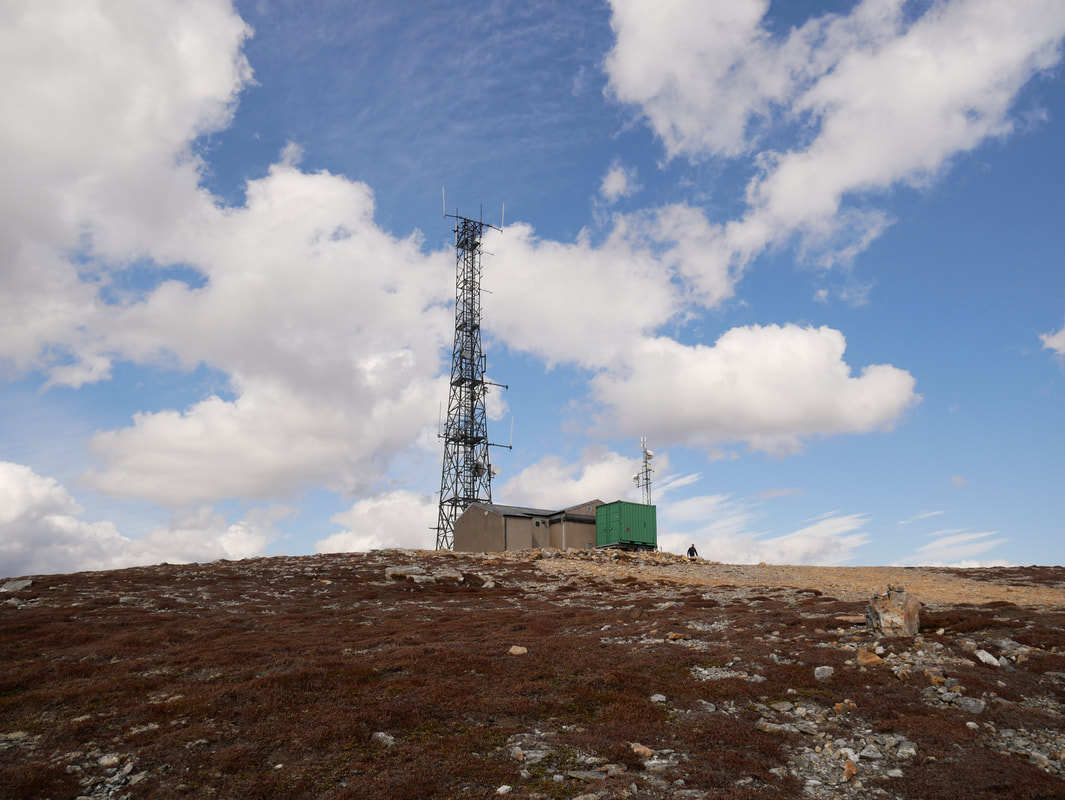 Time to leave the summit and head down 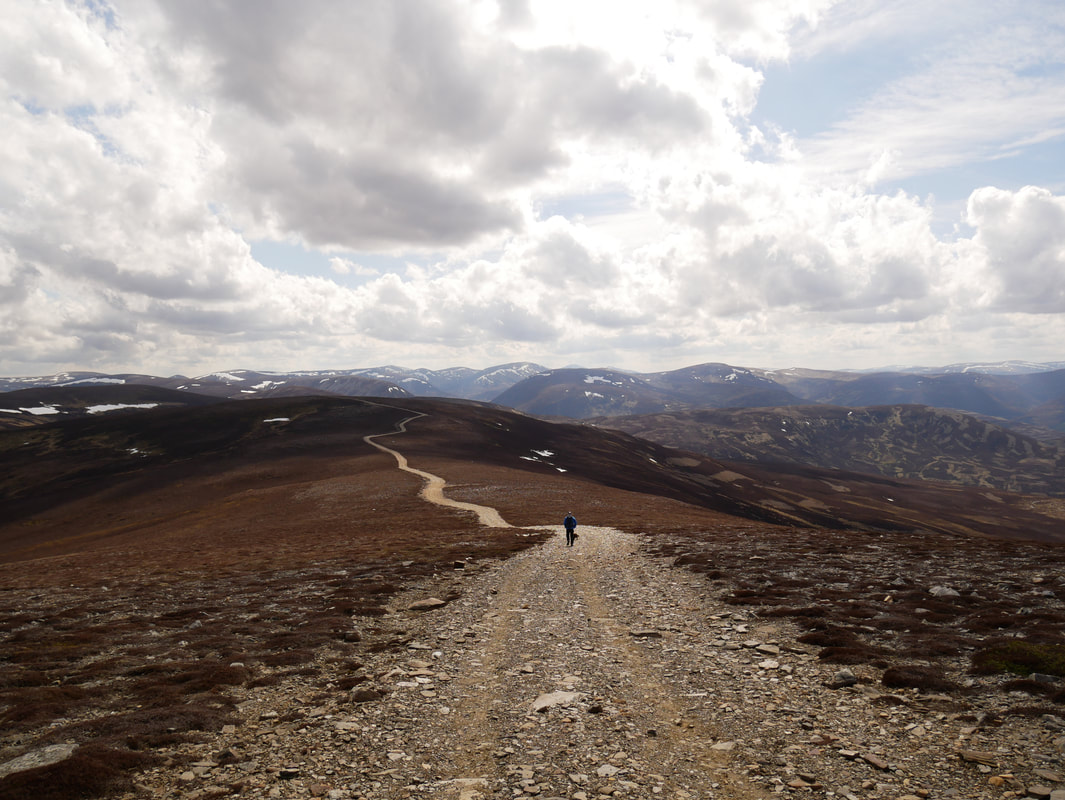 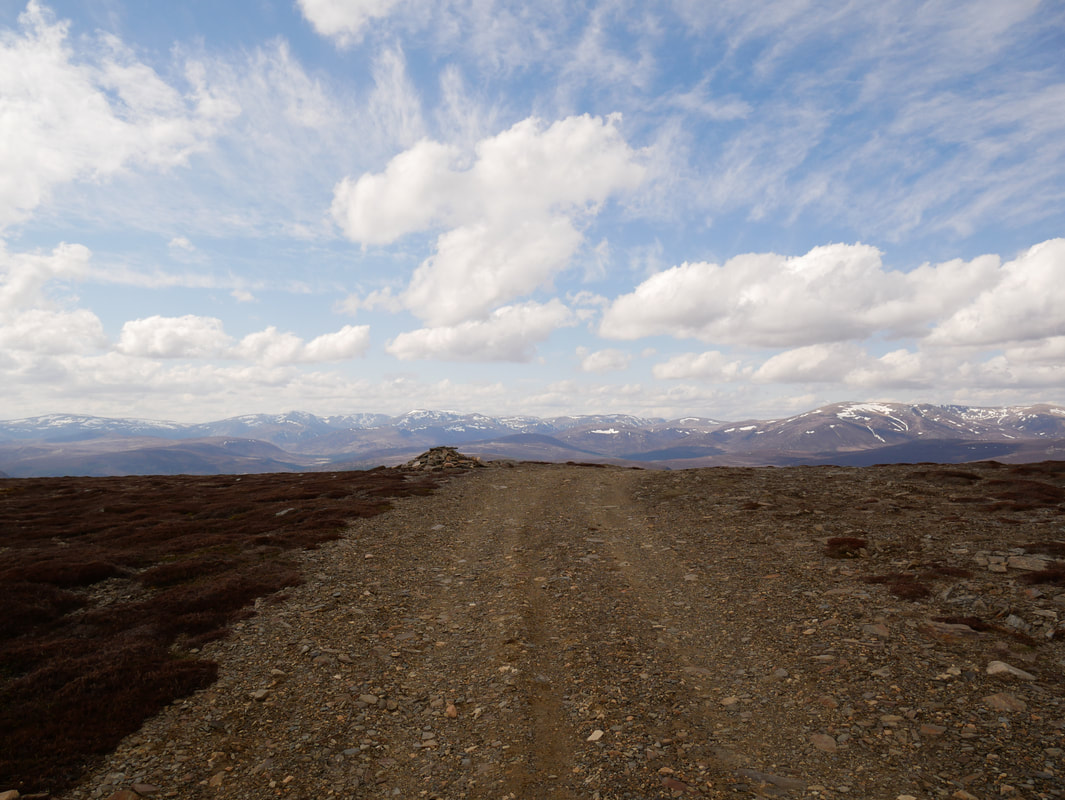 Passing the cairn on the 824m spot height 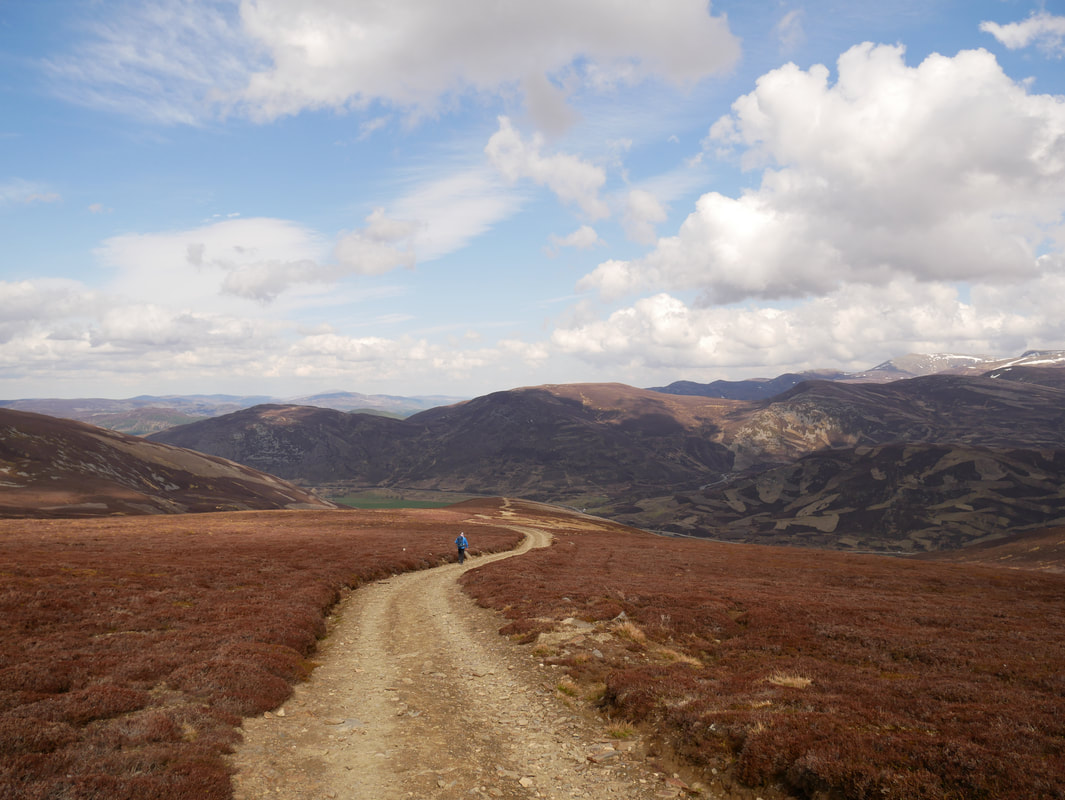 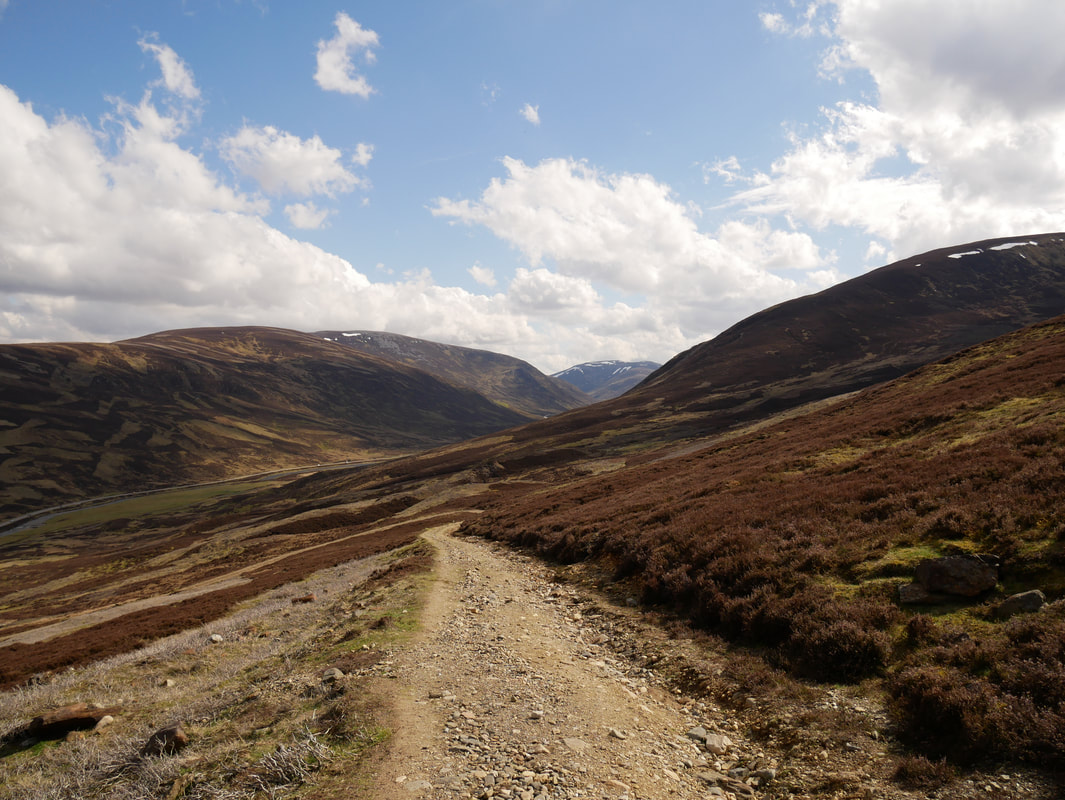 Still descending, the path takes a sharp left to handrail the Coldrach Burn which leads to the valley floor near Auchallater 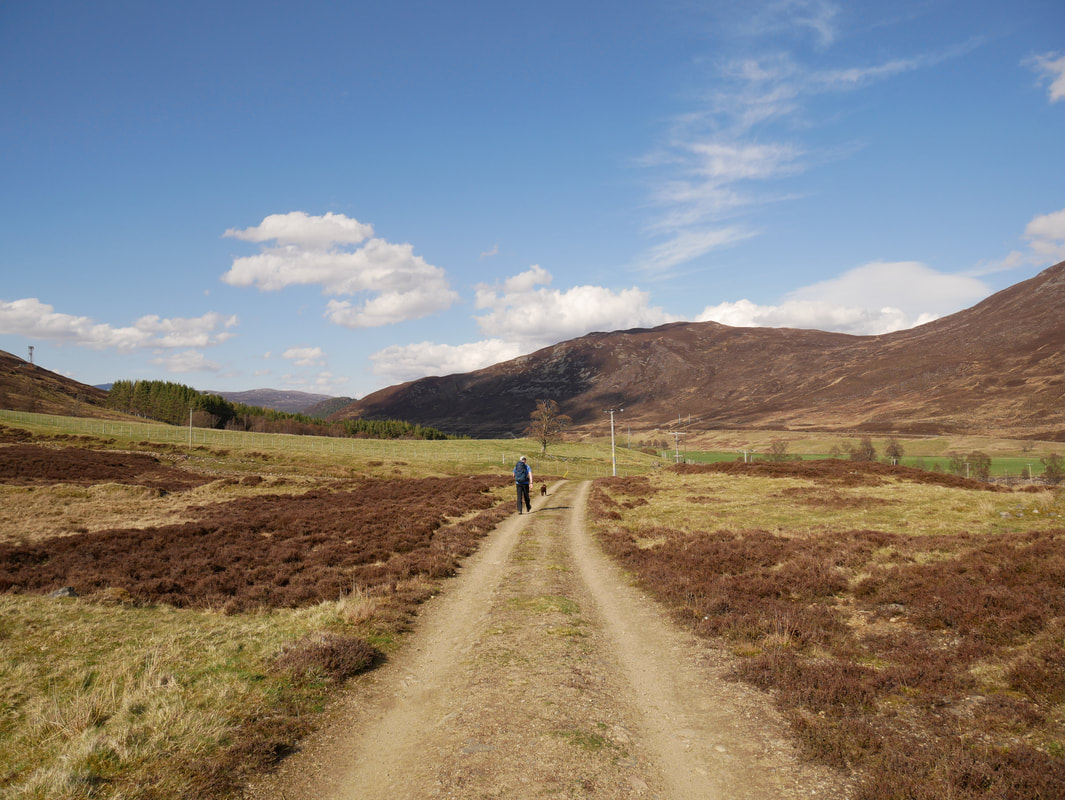 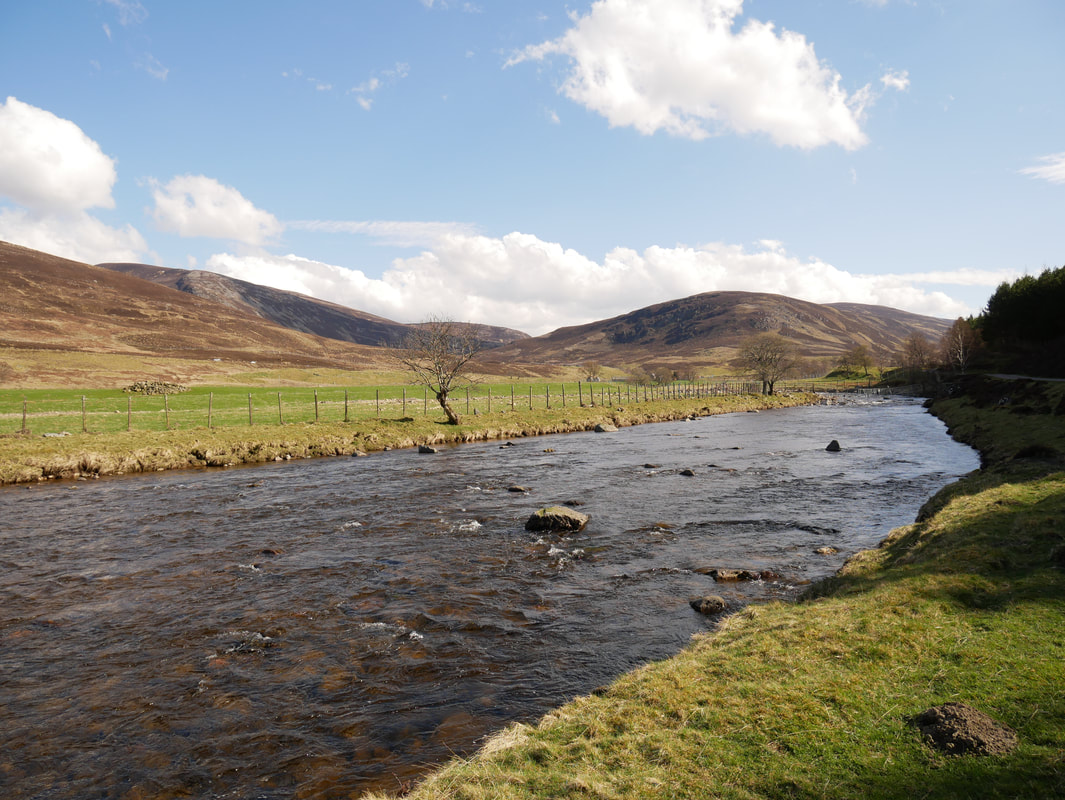 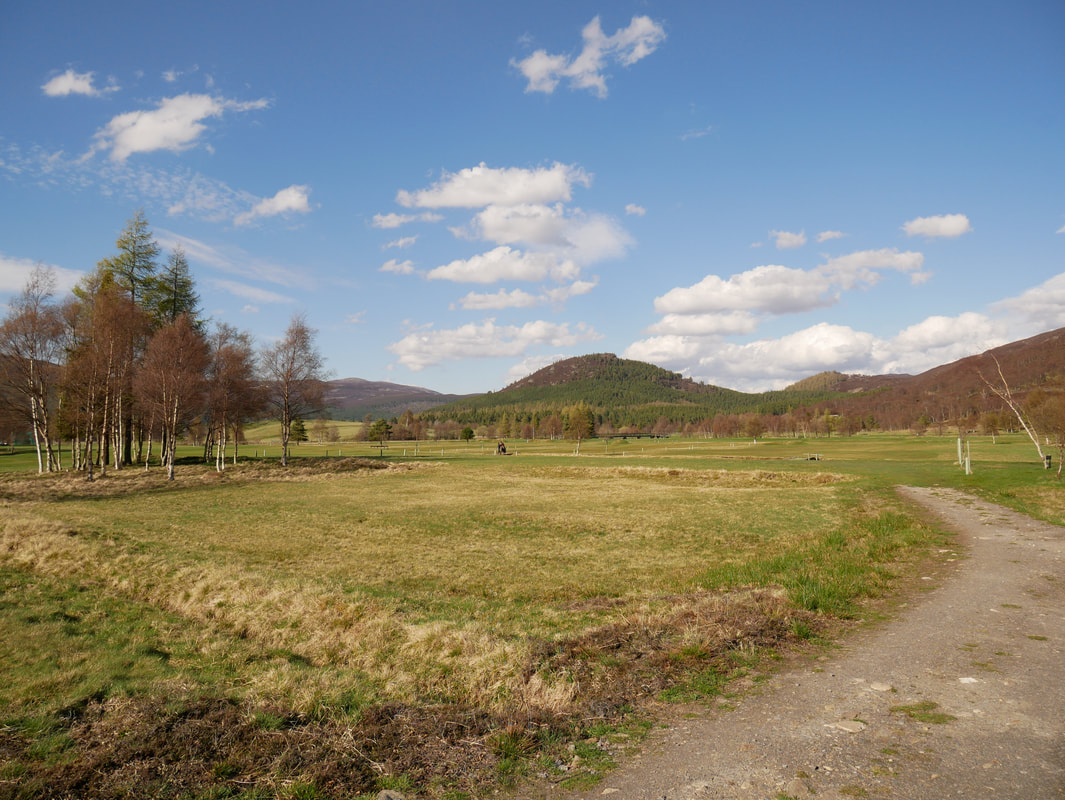 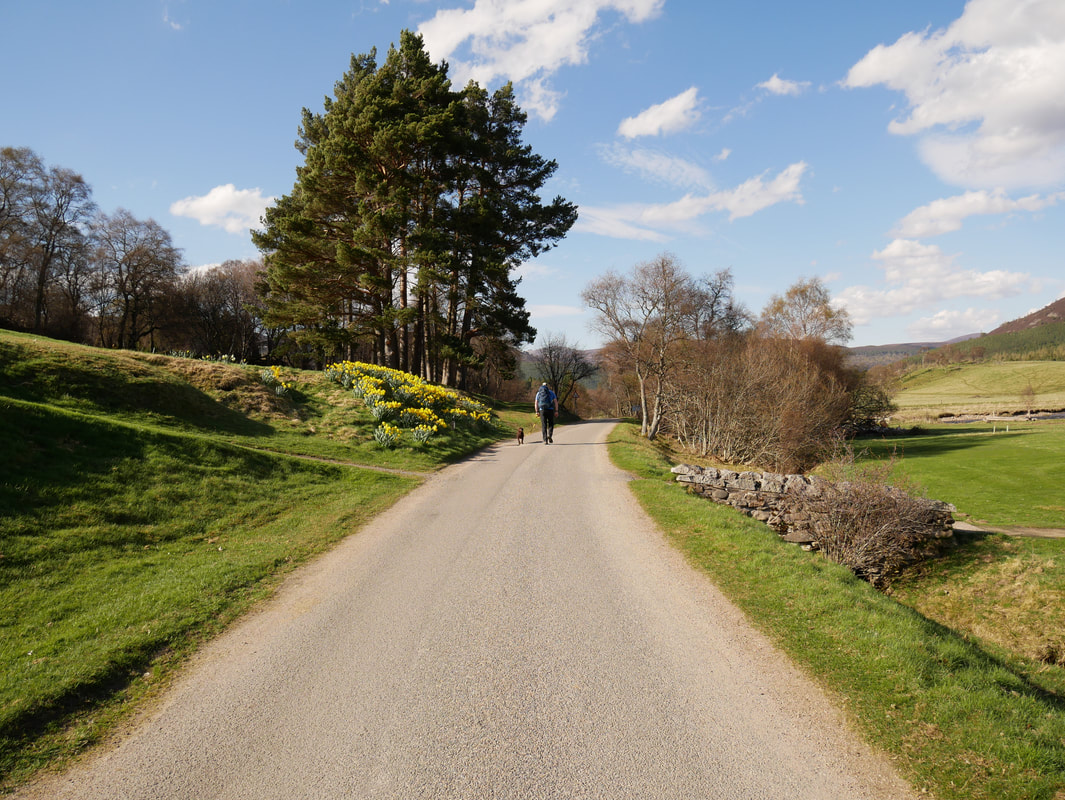