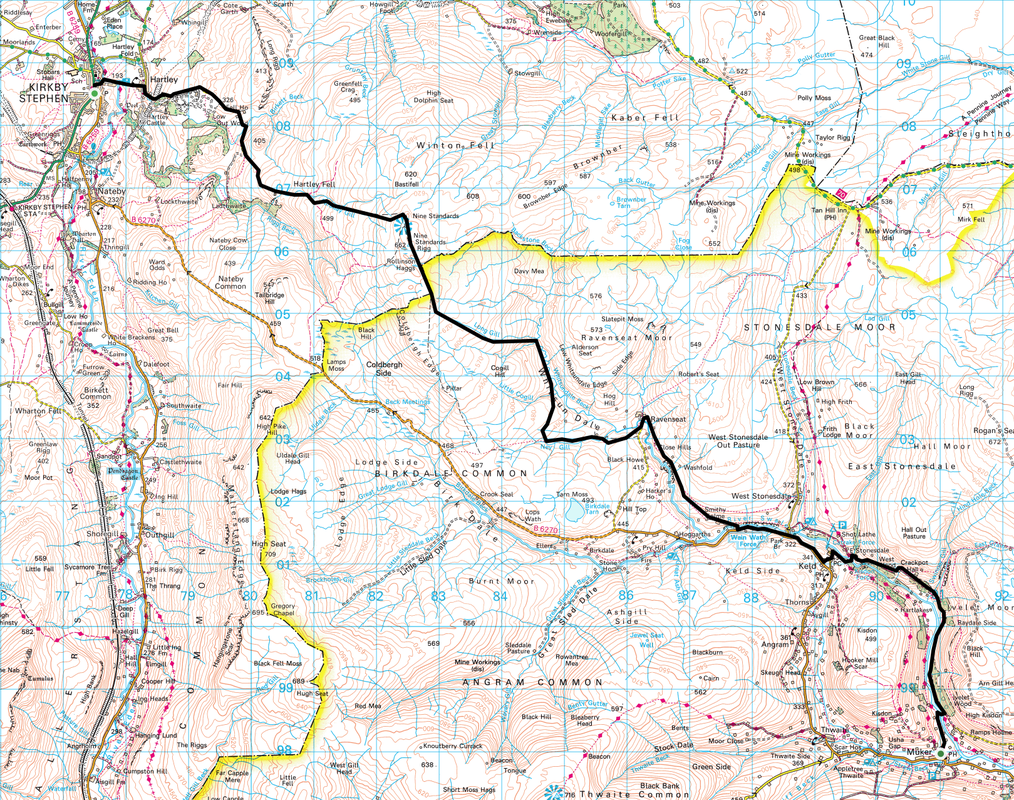 The day dawned overcast and rain was promised on high ground today – not ideal weather for the walk over Nine Standards Rigg to Muker. Following minor surgery on Dave’s blister and an application of Compeed, we faced a leg of the walk we were really looking forward to.

After a hearty breakfast at The Old Croft House in the company of Mark & Irene we left Kirkby Stephen just before 0900 having stocked up on food from the local Co-op. With the promise of rain there was no option but to get the gaiters deployed for the first time and the waterproofs at the ready for the tramp through the bogs after Nine Standards Rigg.​ 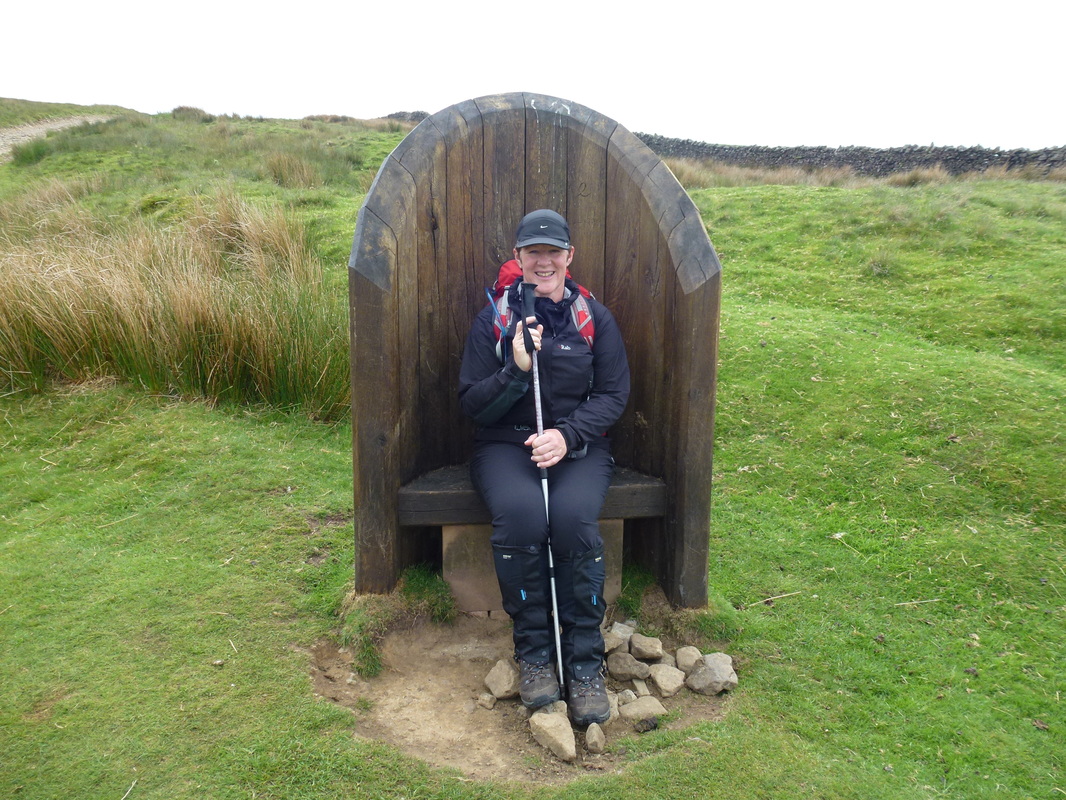 Any excuse for a rest
The walk out of Kirkby Stephen heads through Hartley and up past the quarry. Just after Birkett Hill you are faced with a choice of route depending on the time of year. Taking a chance on the renowned boggy area after Nine Standards Rigg we stuck with our designated “Red” Route and therefore made the gradual climb up to the Rigg in overcast but dry weather. ​ 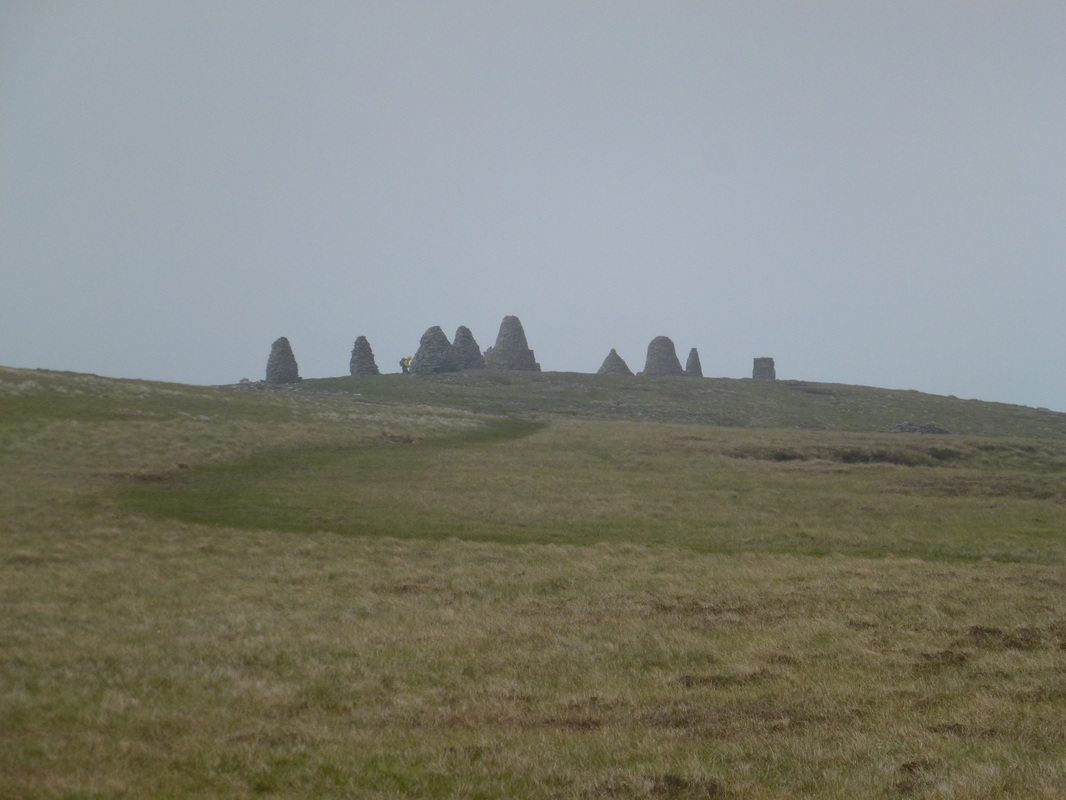 Nine Standards Rigg
It was at this impressive viewpoint where we bumped into Archie again plus a couple of Kiwis, Chris and Rosemary who we were to see quite a lot of over the next few days. Just prior to leaving Nine Standards the heavens opened and therefore waterproofs were adorned. This weather was to last for most of the day. After a couple of miles we passed a large pillar of stones as we dropped down to Ney Gill. The route through the bogs was not as bad as we thought although navigation was sometimes challenging with reduced visibility.​ 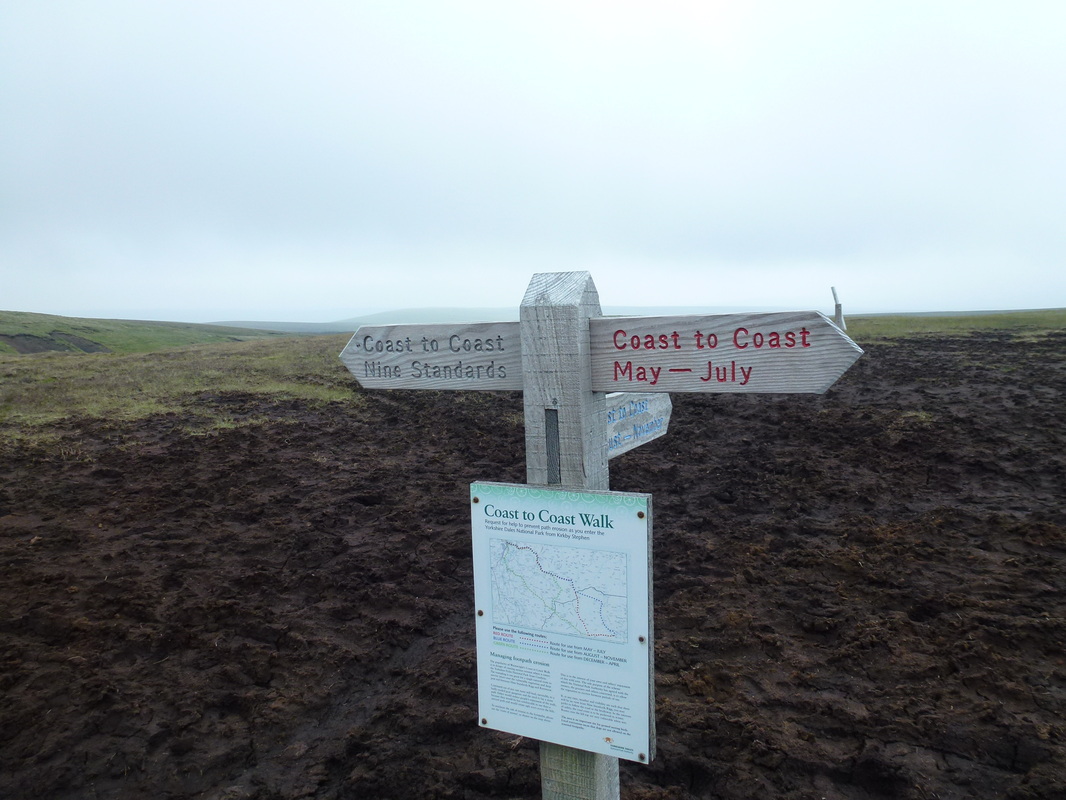 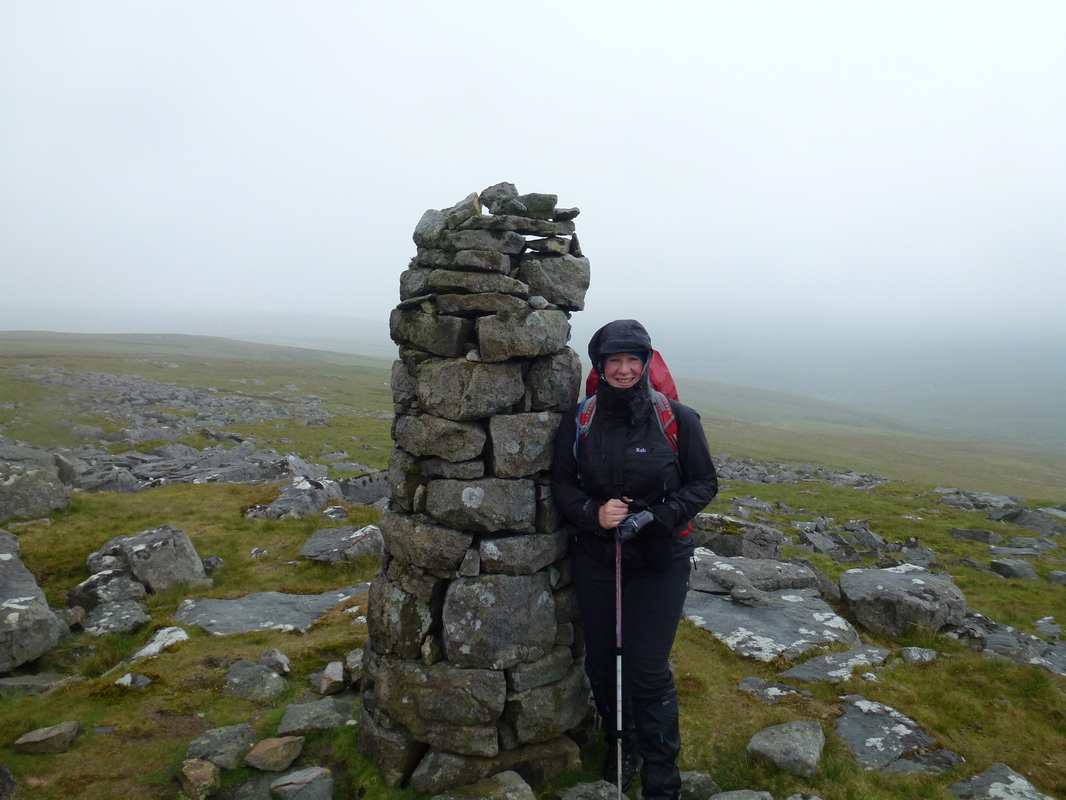 On we went to Ravenseat where we had our lunch just past the farm and it was really hard not to succumb to tea and cake although on arrival in Keld we stopped at Park View Farm for exactly that. We had been here before and the lure of a nice drink and a piece of cake was too much. We then made our way along the low level of the Swale via Swinner Gill into Muker, which in itself is a truly delightful walk.

We were greeted at Swale Farm by the owner John and his wife Joyce and were immediately relieved of our wet gear and boots. Whilst we were slightly off route we were glad we stayed at Swale Farm, as Muker is such a delightful village. After sorting our gear out for tomorrow we made our way to The Farmers Arms for a lovely evening meal and some super Black Sheep beer. We bumped into Archie and his wife who were also staying at Swale Farm.

Tomorrow sees a short walk to Reeth of about 10 miles and we will make a decision in the morning as to whether we take the high or low route although the visibility and the weather are not looking promising.
Overnight Accommodation 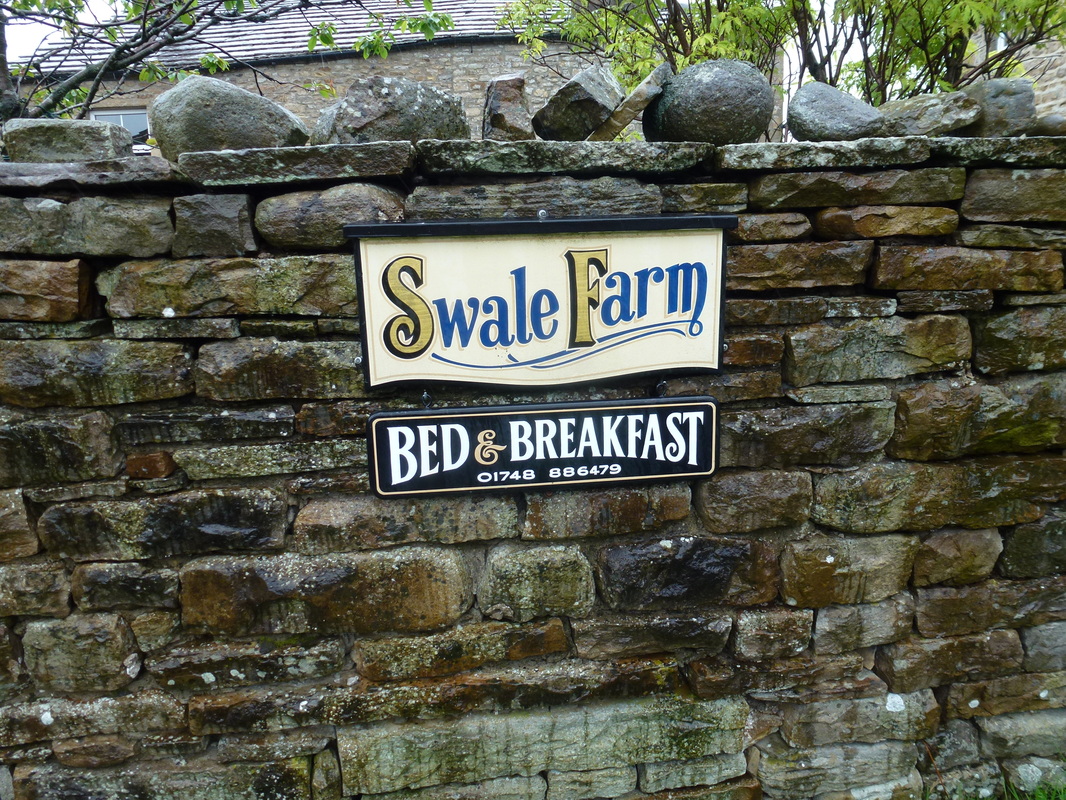 In an absolutely lovely Dales village, this B&B was very comfortable and homely. Nothing was too much trouble for John & Joyce and we had a really great stay with them. The Farmers Arms pub in Muker is staggering distance away and does excellent food and beer.​
Day 7 Data