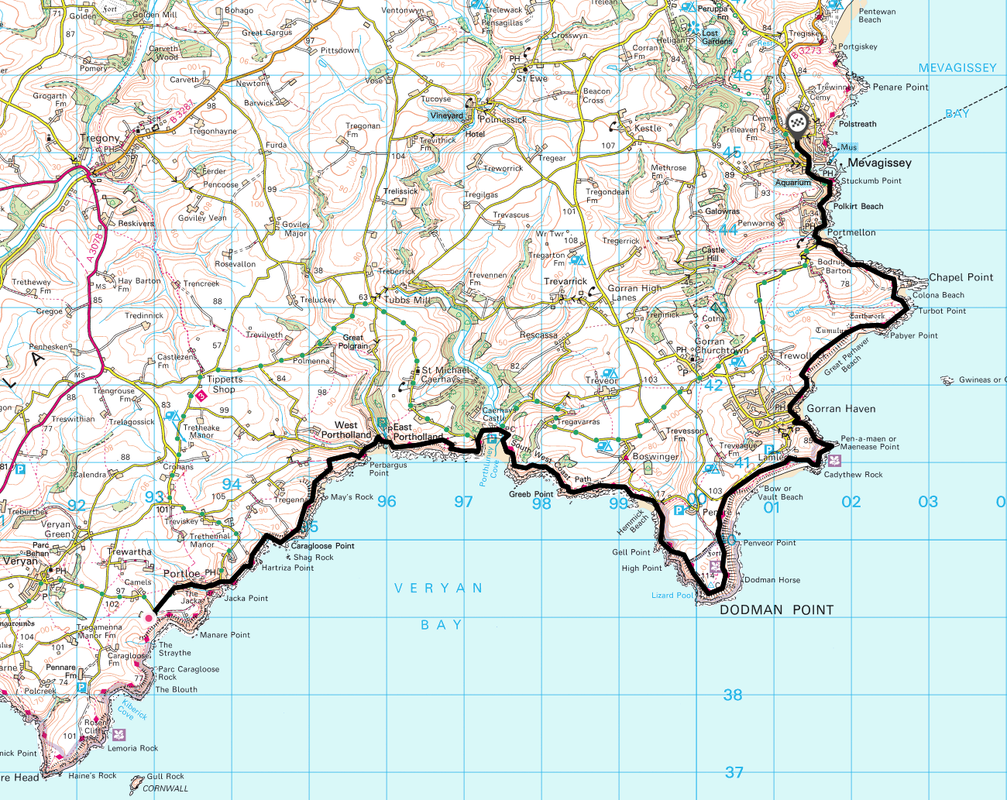 As B&B's go, Broom Parc had it all. The house was the setting for the popular TV series "The Camomile Lawn" and Lindsay told us all about how the series was filmed - she and the family were all extras but had to vacate the house for 3 months whilst filming took place. It was a really interesting stay and it would be nice to return at some stage and explore the area more. We were off to Mevagissey today and the weather was overcast as we said goodbye to our hosts. We would have some sunny spells later however drizzle and winds were on & off for the most part today.

Our legs felt heavy today as we left Broom Parc - we did not fancy walking down to meet the path as that section yesterday was very overgrown therefore we walked to Portloe via the road. From Portloe we were passed by a couple who had a holiday cottage in Veryan - we met them again a bit further along the path and had a chat. Leaving them resting up, we headed for East Portholland and stopped at Pebbles Cafe for a pre-arranged meet up with Jane and her Working Cocker Bramble. They very kindly gave us Tea & Chocolate and we sat outside chatting when we were joined by the Veryan couple.

At Porthluney Cove there is an excellent cafe and we therefore stopped for lunch - here we met Jennie, Alan & Benji from Dursley who very kindly gave us £5 for Spaniel Aid. We then pressed on and the remainder of the walk was over undulating terrain however we made good progress in the murk with a nice passage through Gorran Haven. Once we passed through Portmellon we were at last in Mevagissey and before checking in we topped up with supplies from Boots and the local shop. Just as we arrived at The Old Parsonage the rain started and we were ushered inside by our host Izzy. The remainder of the evening was spent drying out a bit of kit, catching up on admin and a Carpet Picnic for supper. 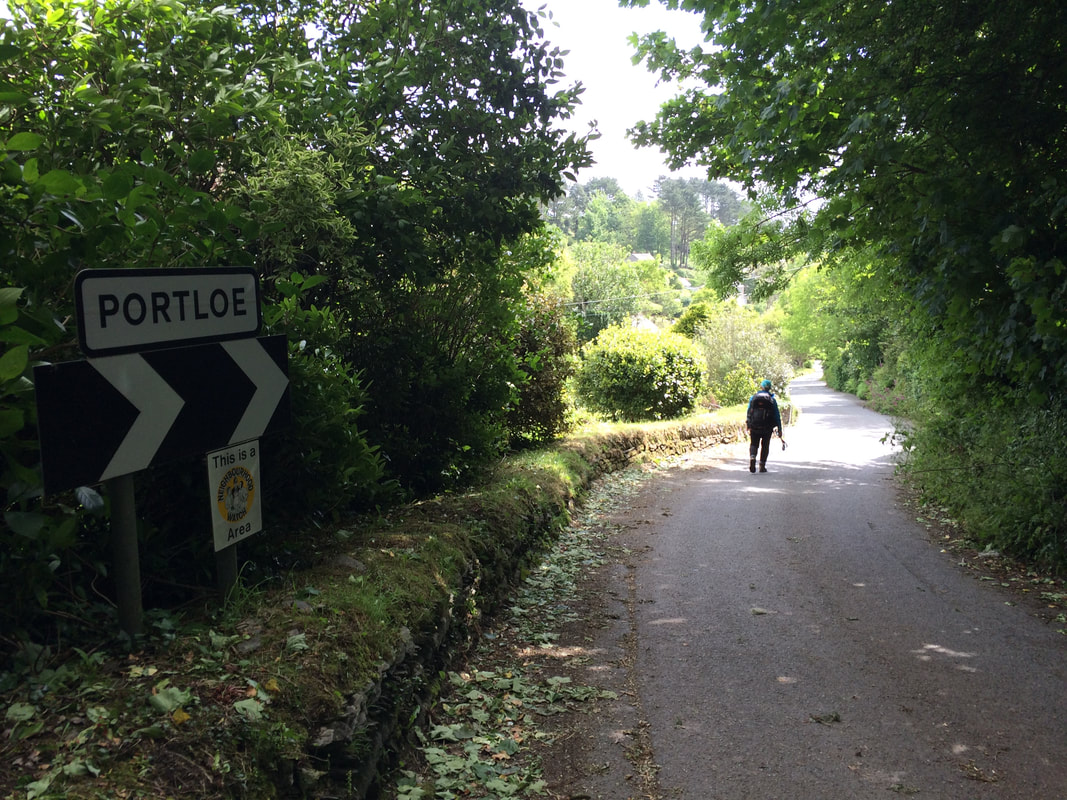 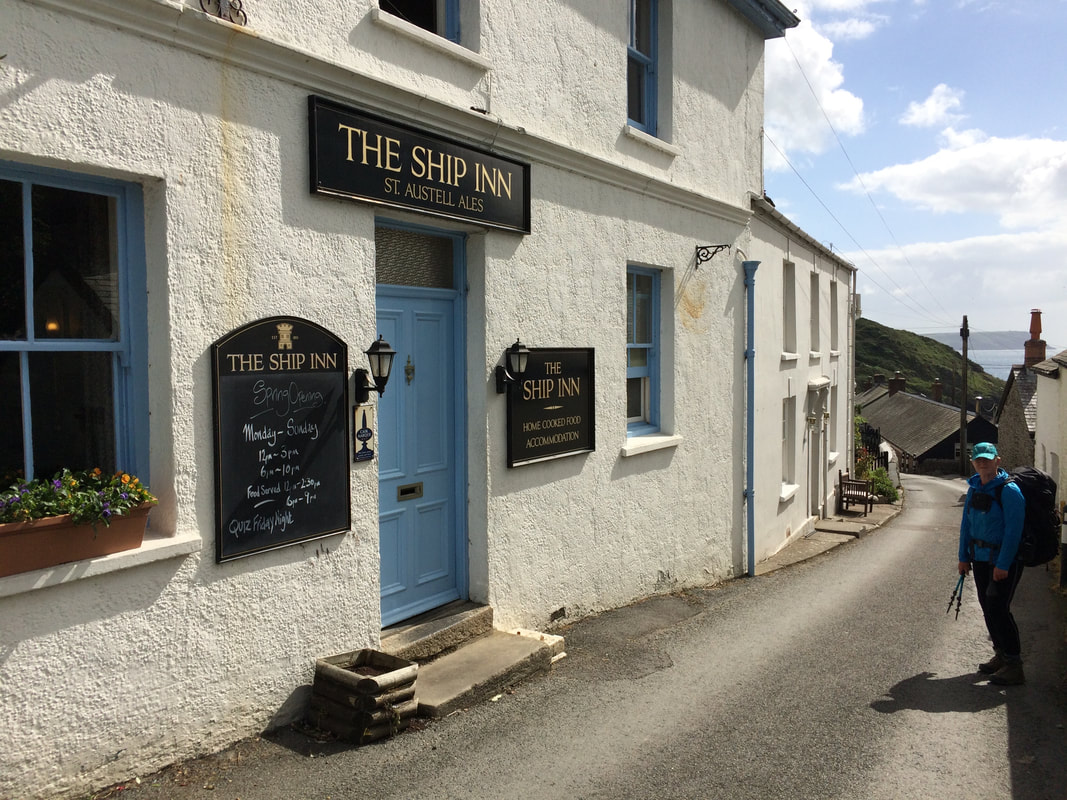 A bit early for a swift half in Portloe 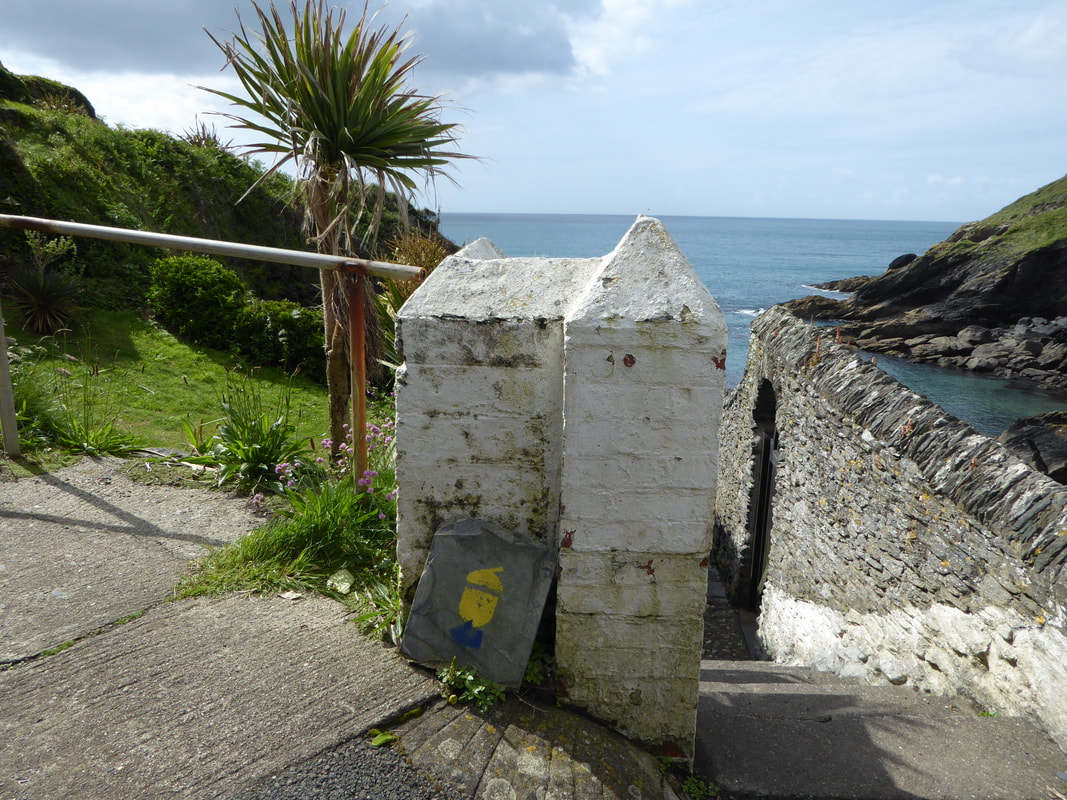 The path out of Portloe - and an upside down Acorn 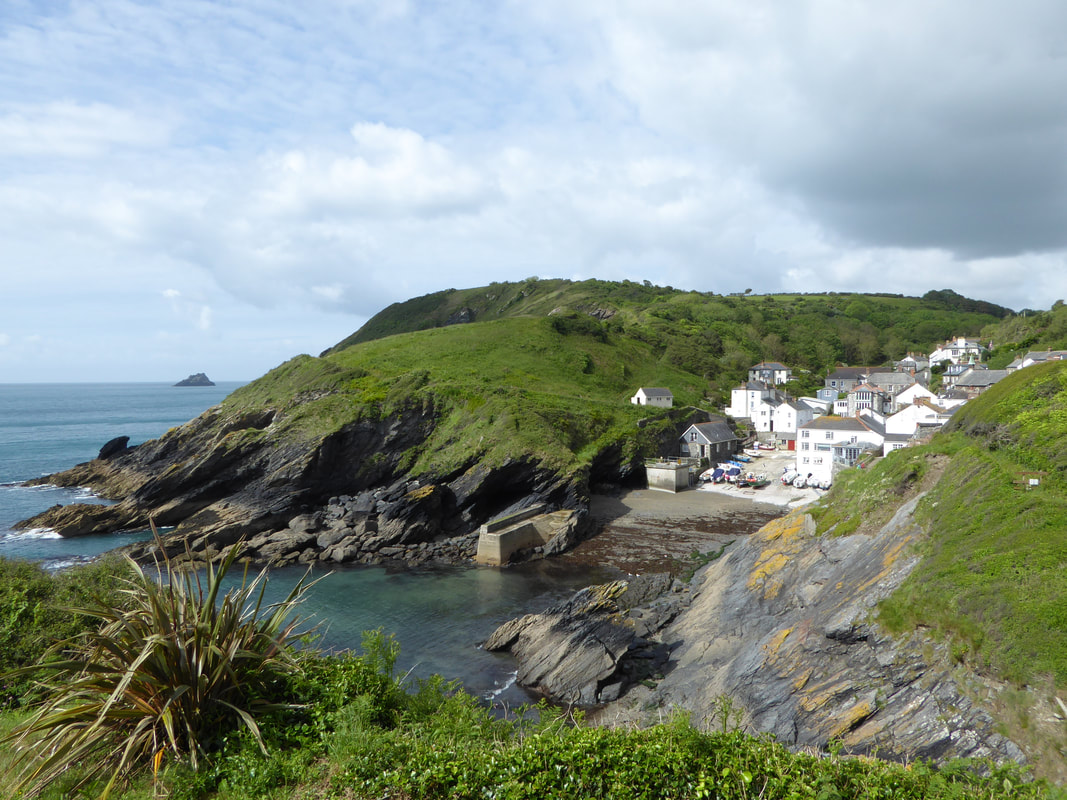 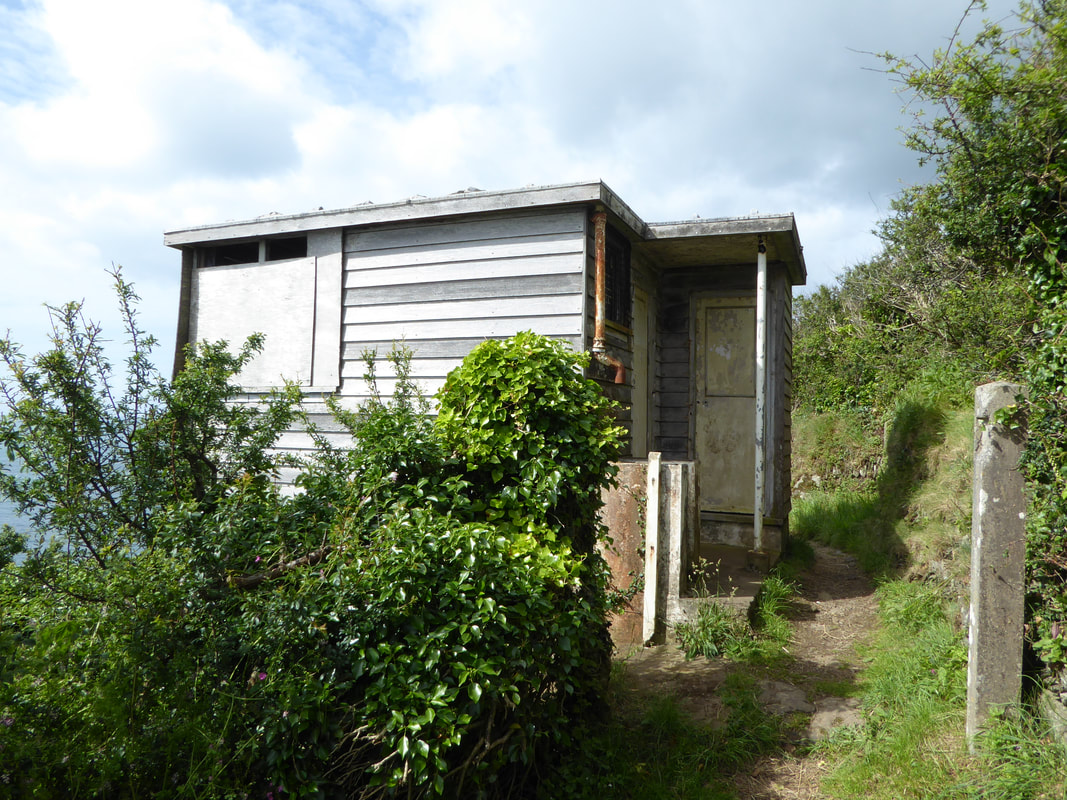 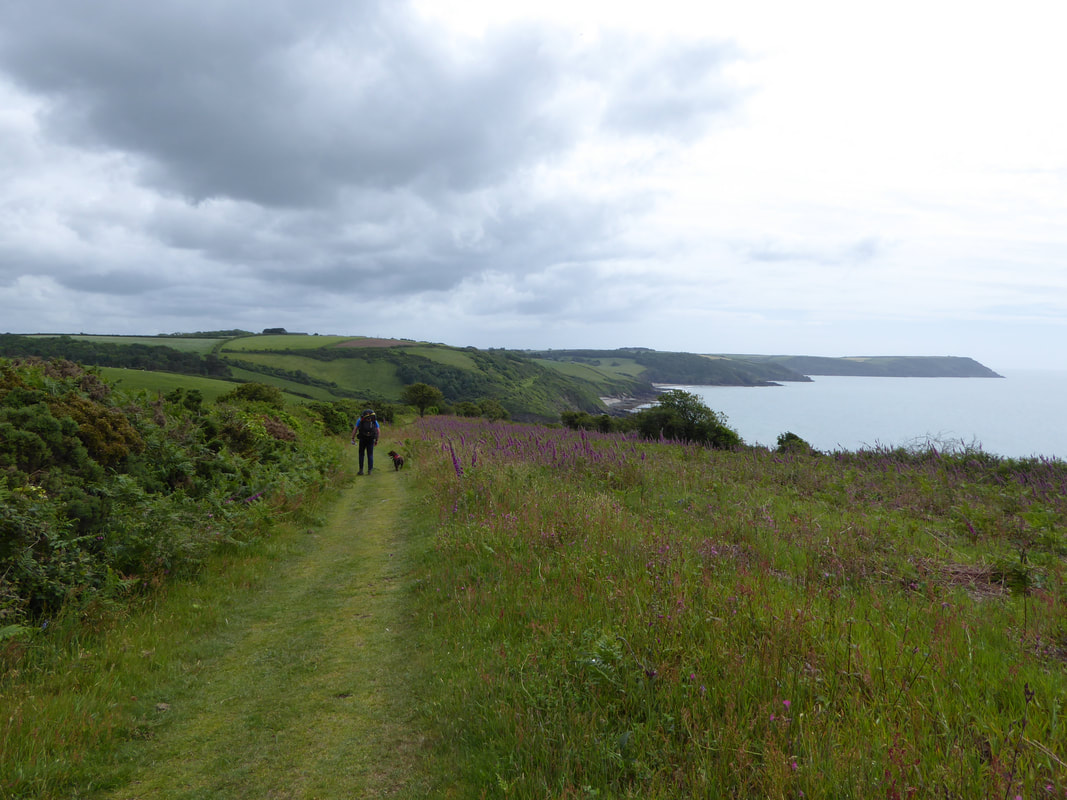 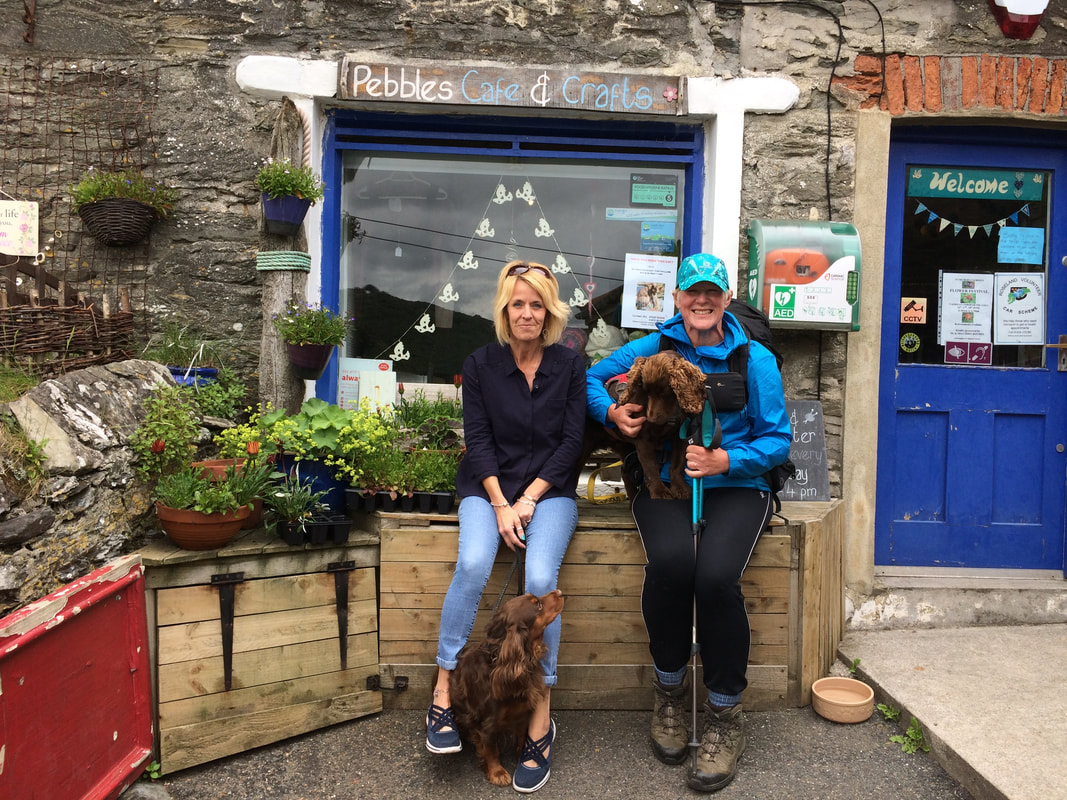 Jane & Bramble at East Portholland - I think Fudge is in love 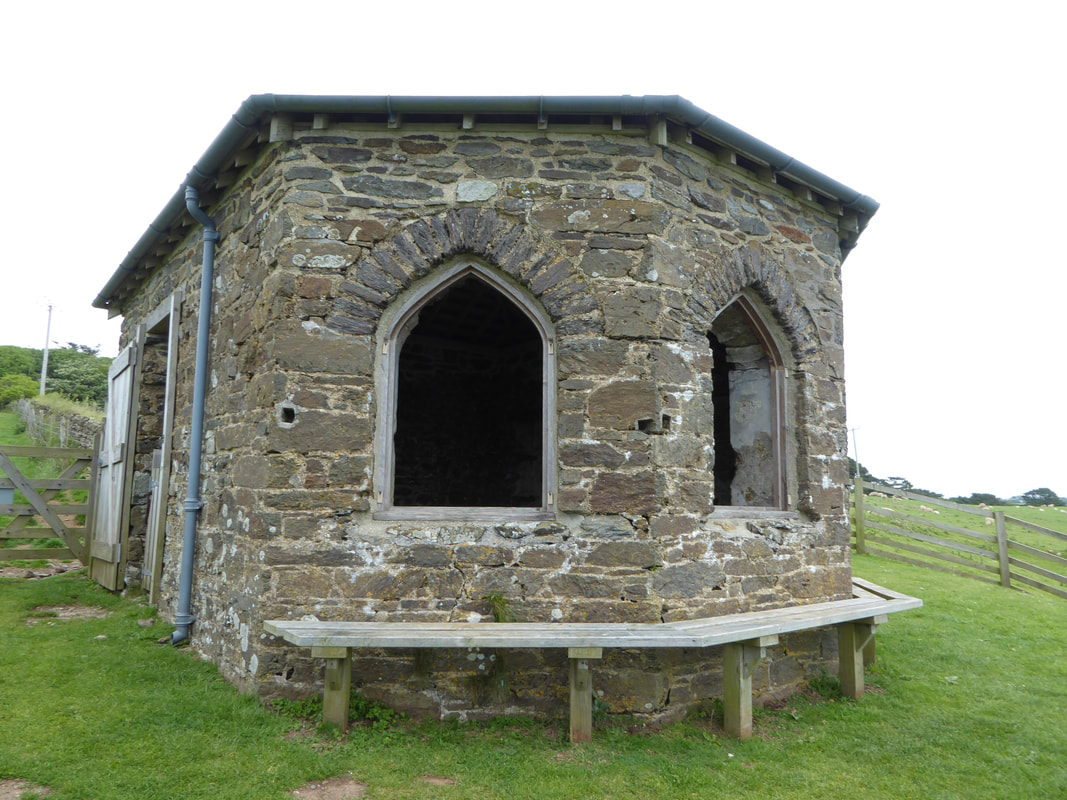 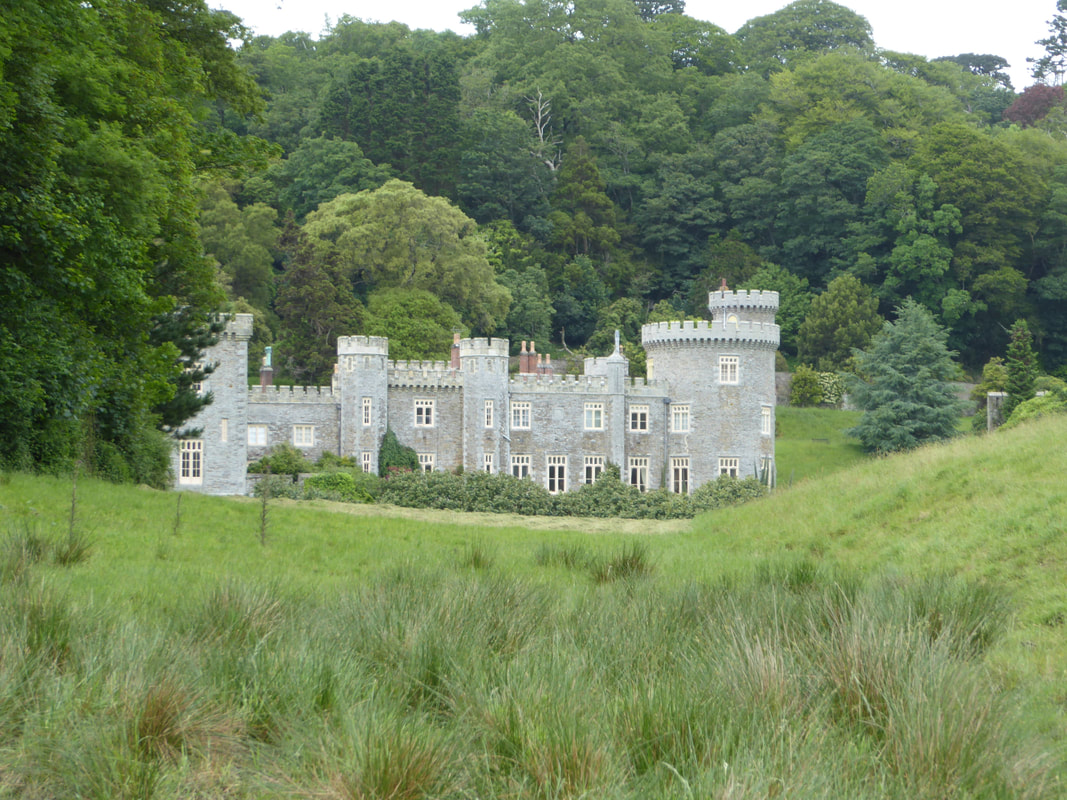 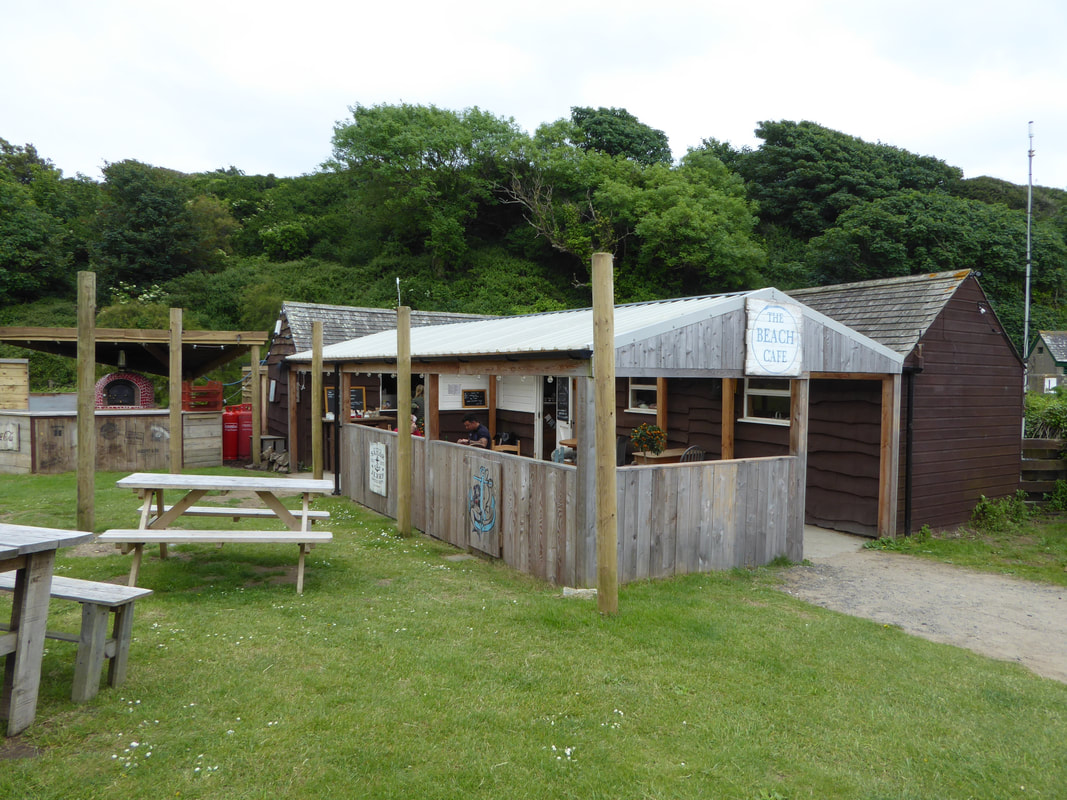 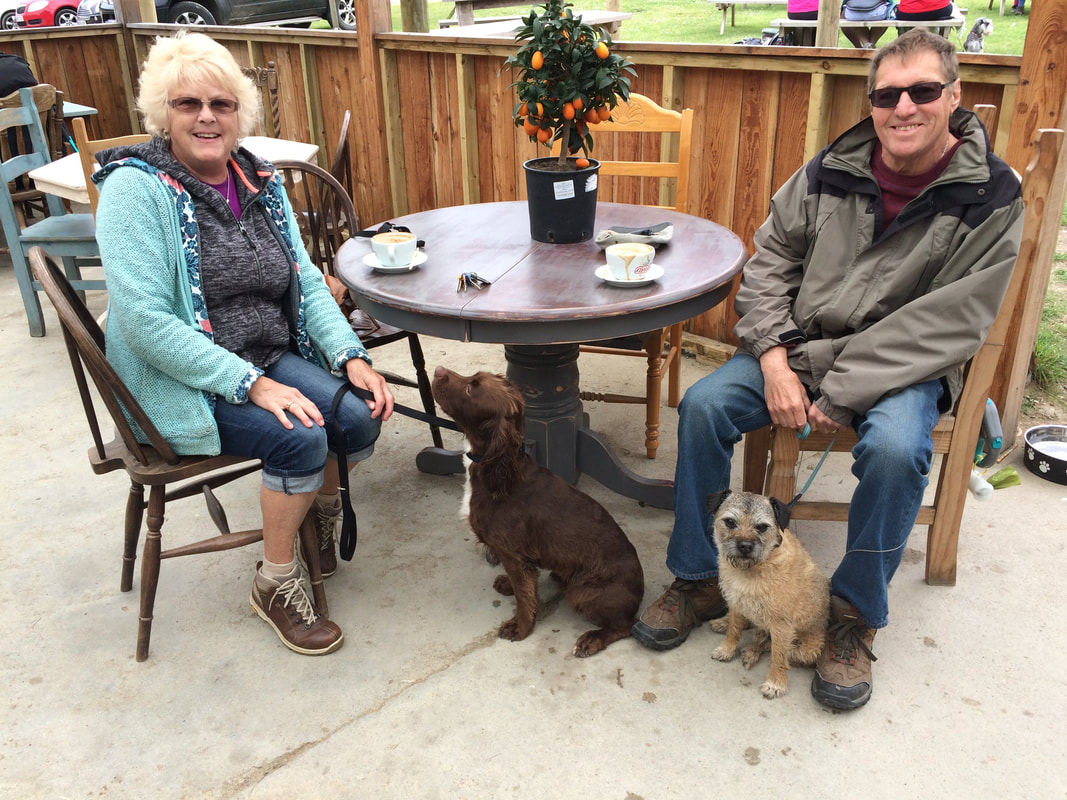 Jennie, Alan & Benji - I can't remember the name of the Border Terrorist! 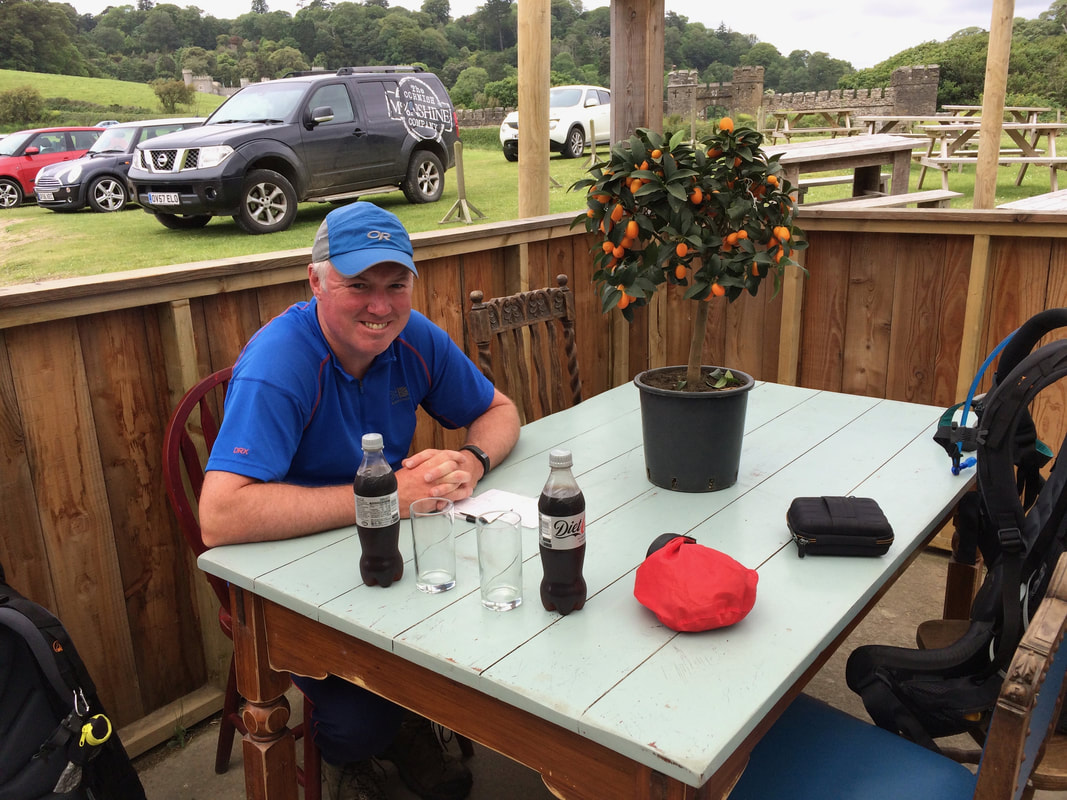 ​Waiting for food at Porthluney Cove - it was worth waiting for 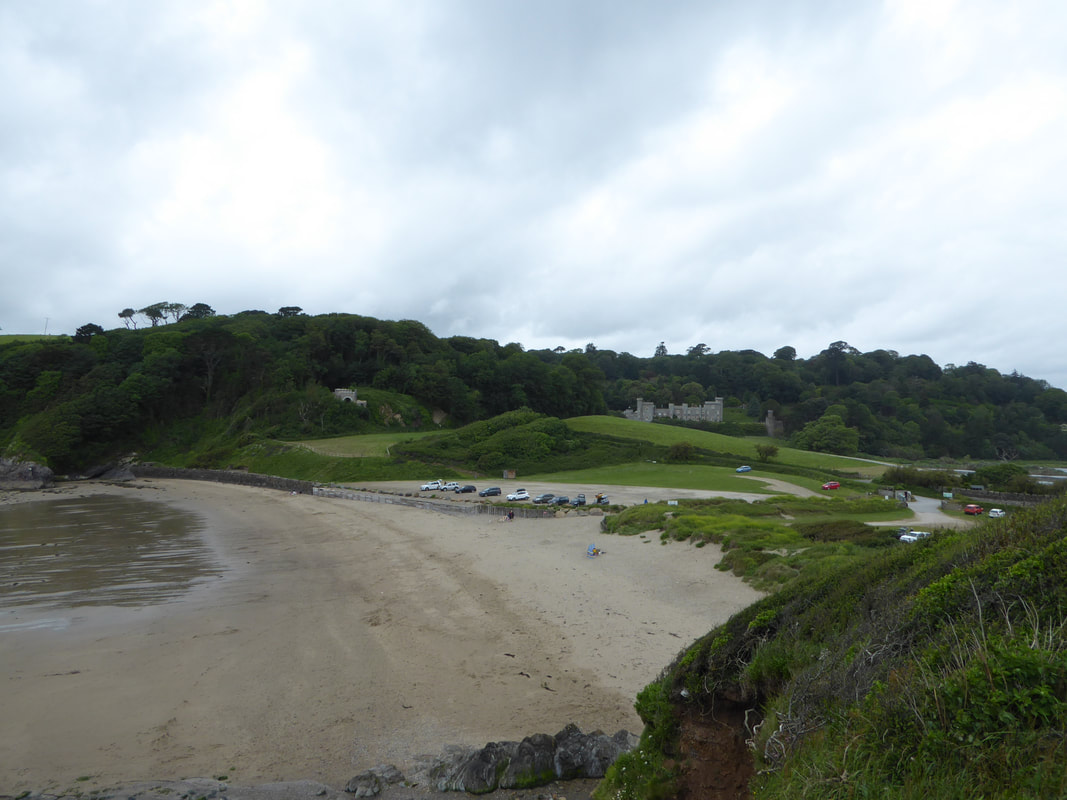 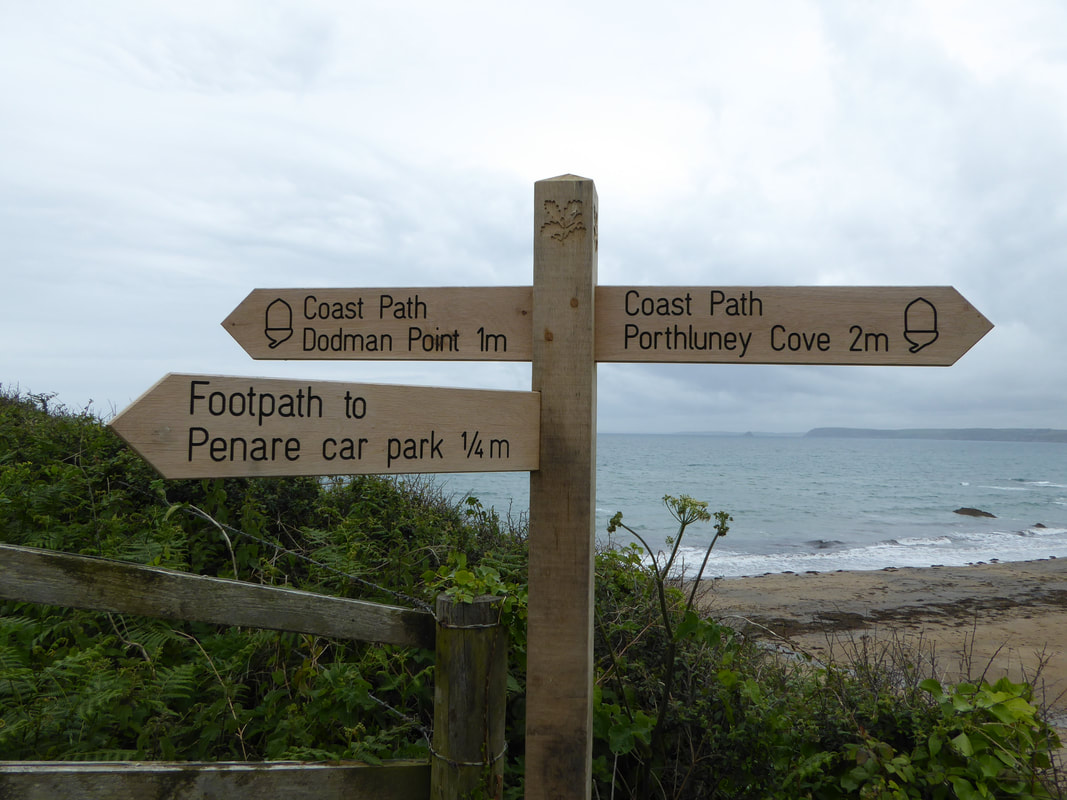 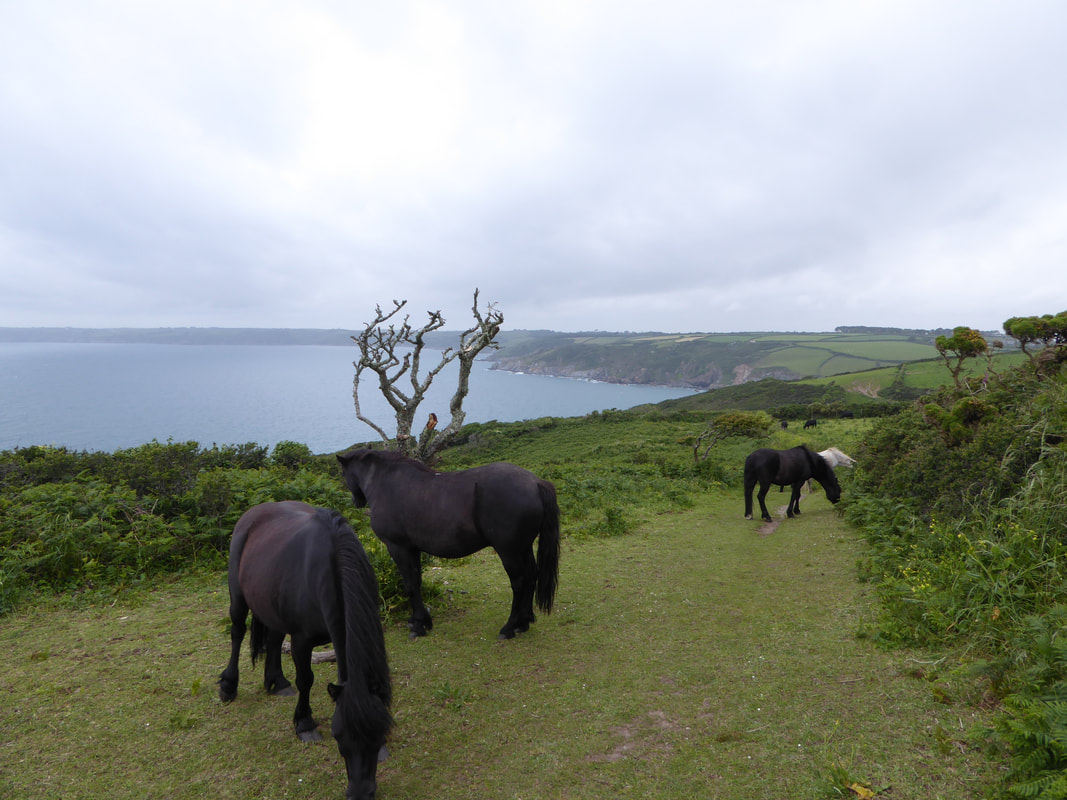 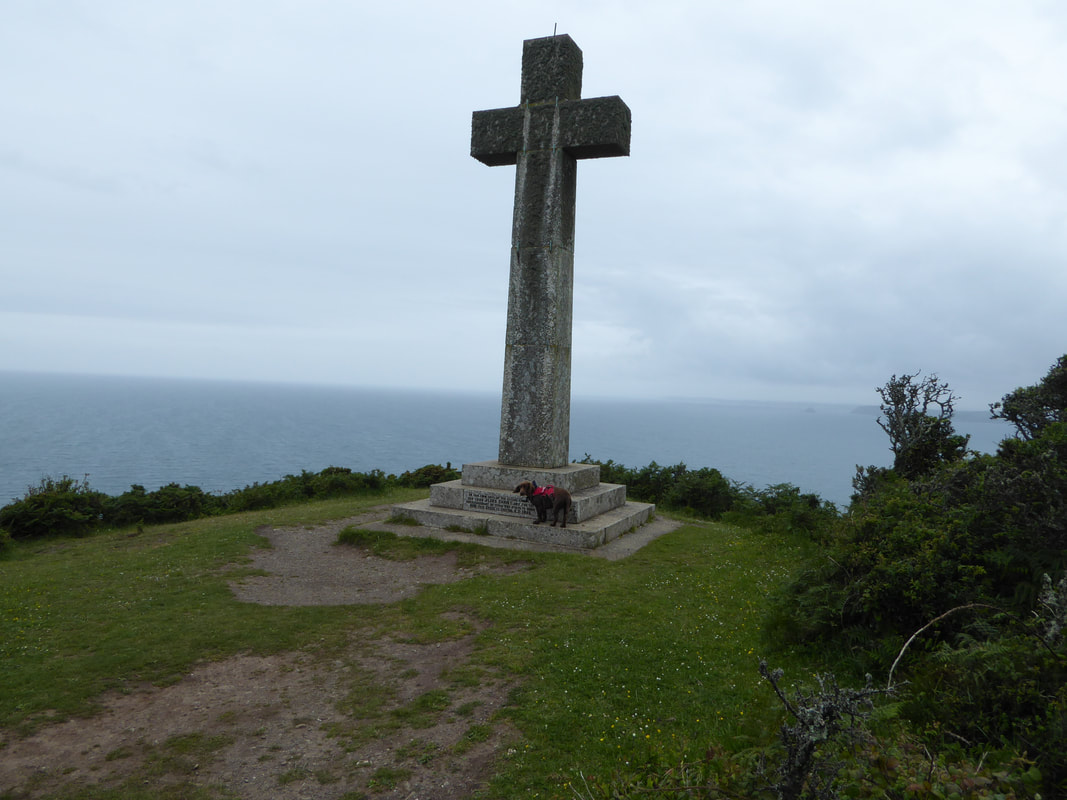 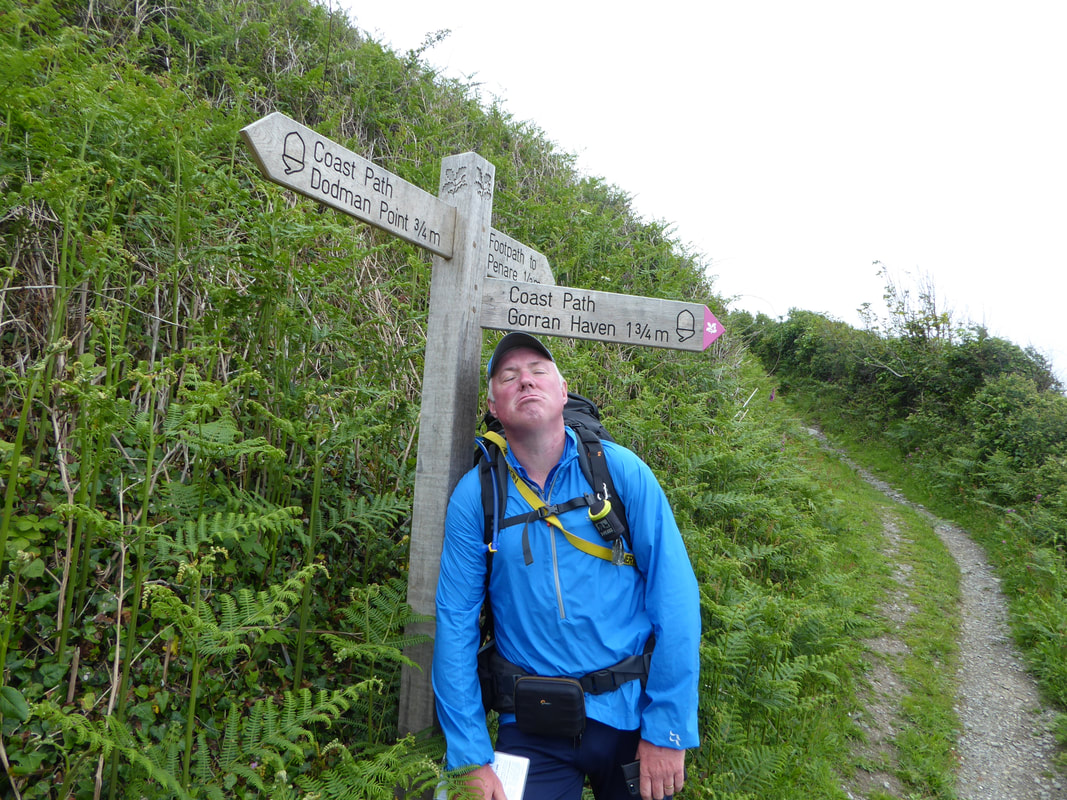 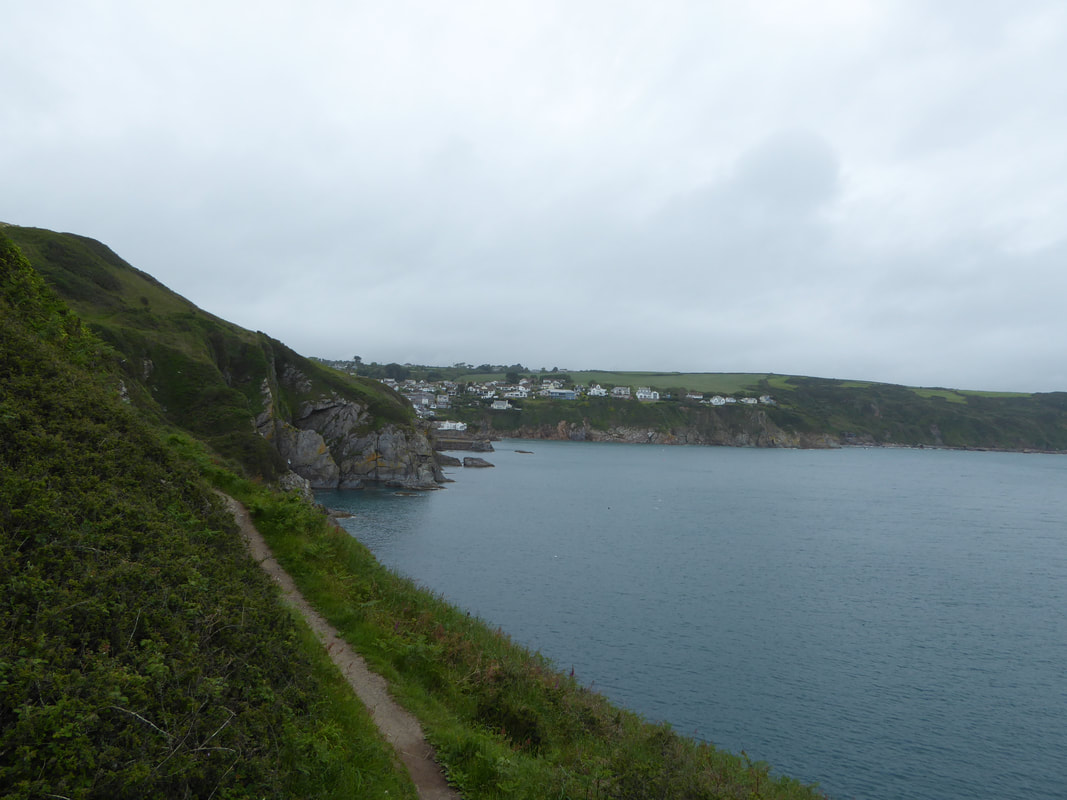 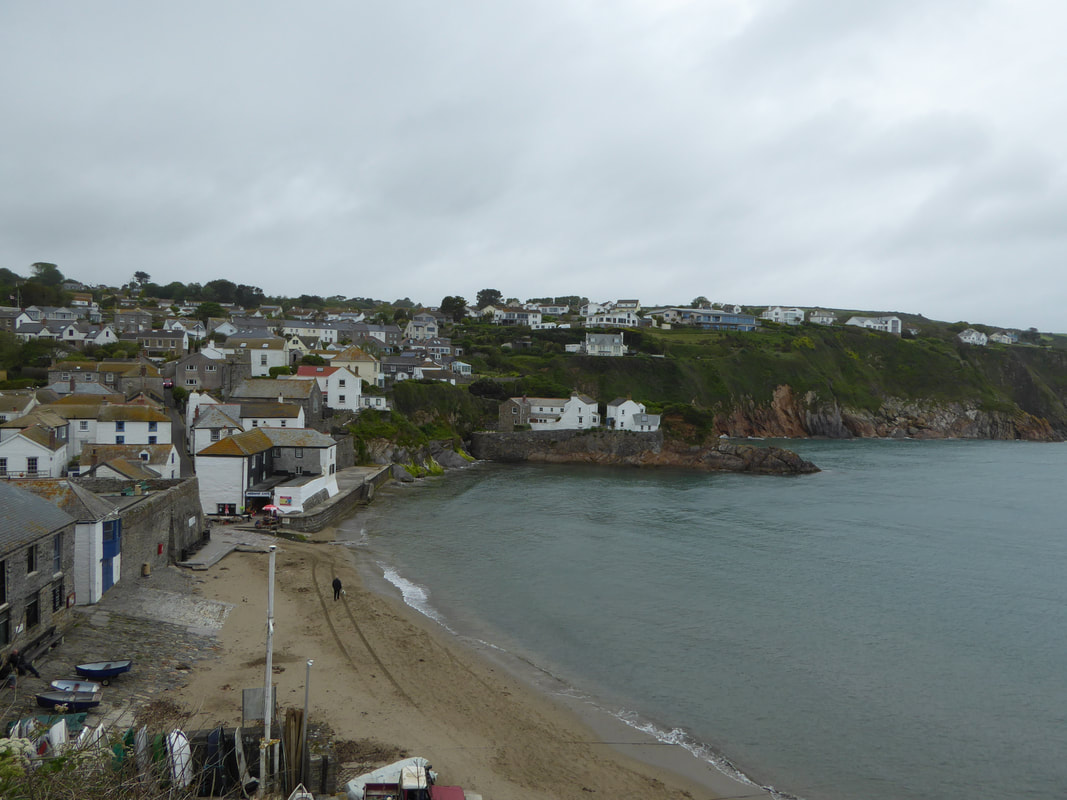 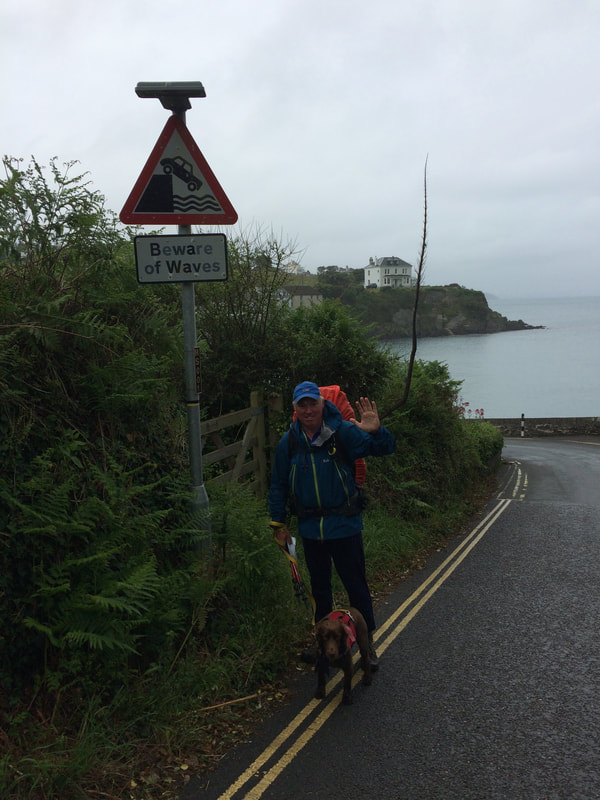 This was a particularly scary one 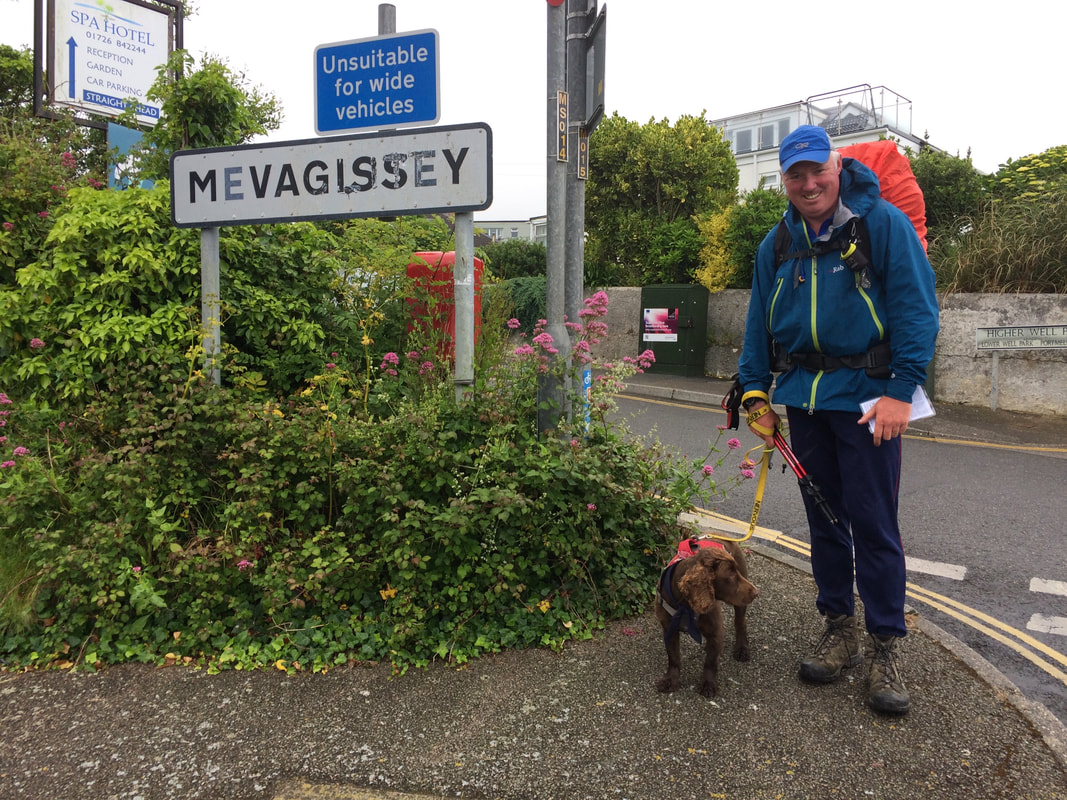 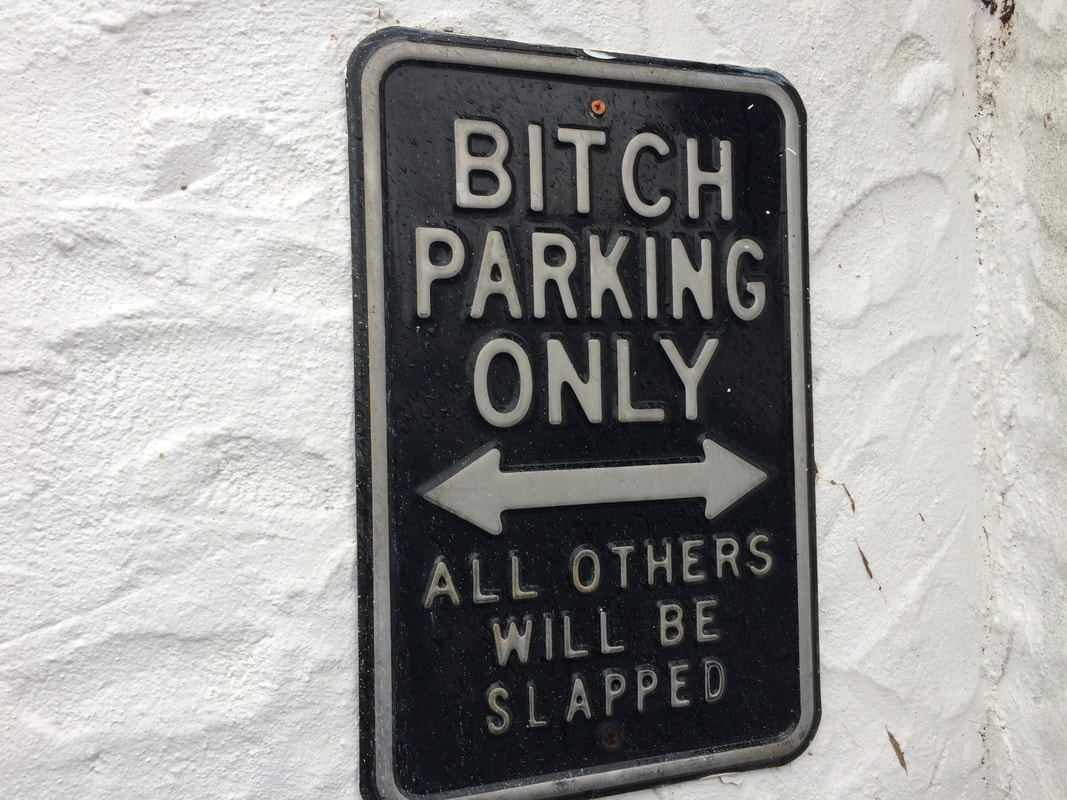 Not too PC here apparently 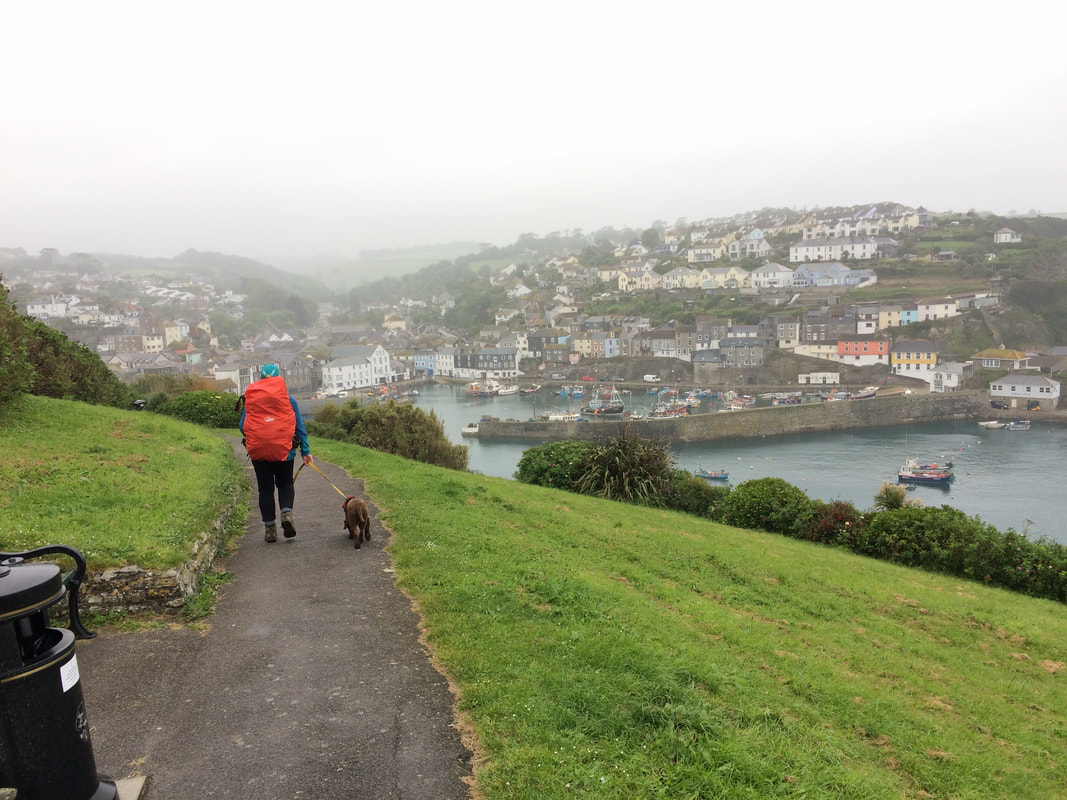 Heading down into Mevagissey
Overnight Accommodation 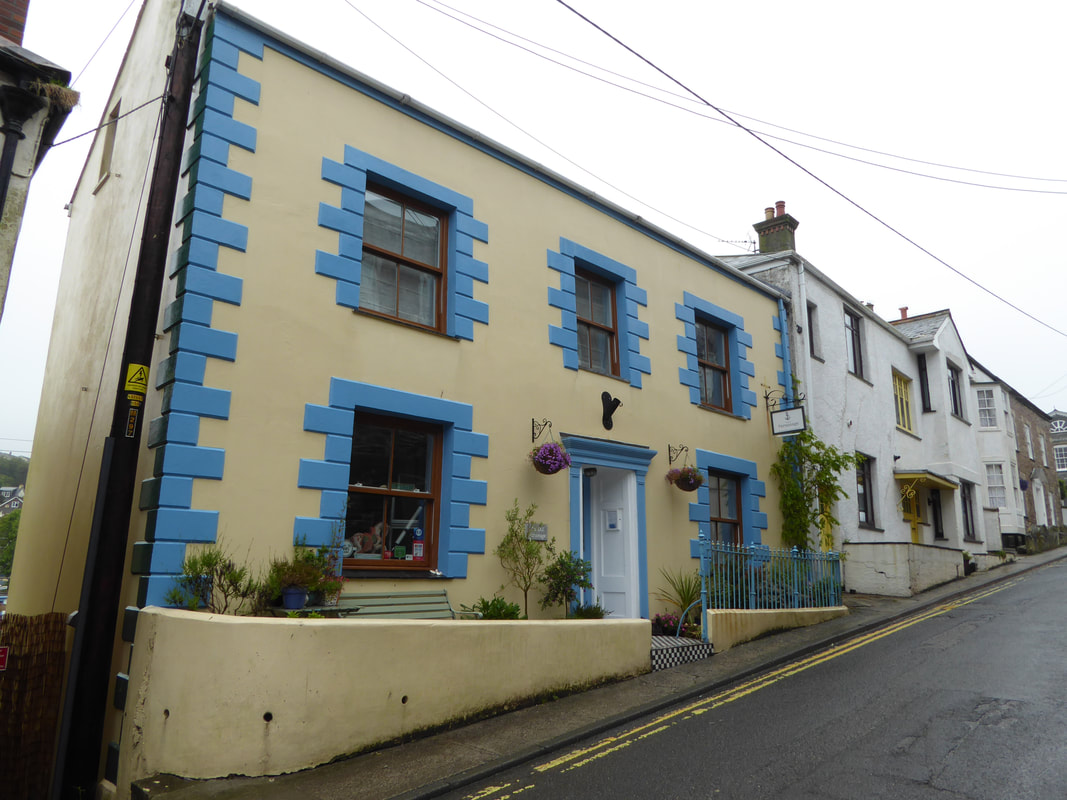