Valley paths & grassy tracks throughout with some minor road walking on very quiet lanes. The section of the Pennine Way between Keld & Muker on the flanks of Kidson is rough going in part therefore just take your time.

Overcast with the odd sunny spell

Walkers
​
Dave & Angie
​If the above GPX file fails to download or presents itself as an XML file once downloaded then please feel free to contact me and I will send you the GPX file via e-mail.  ​​ 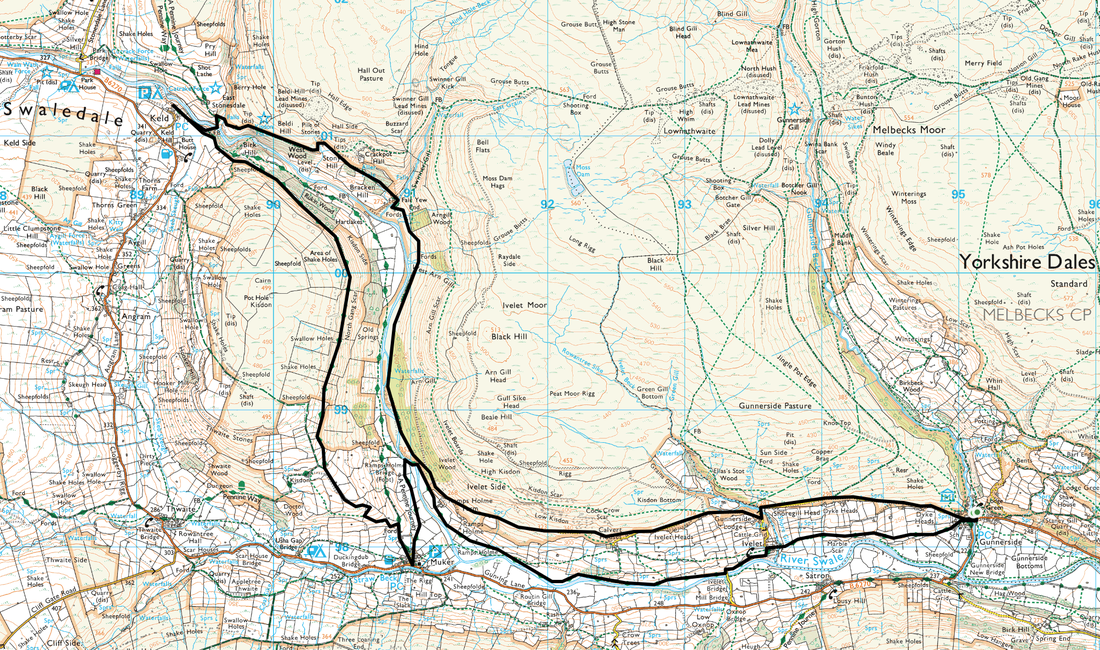 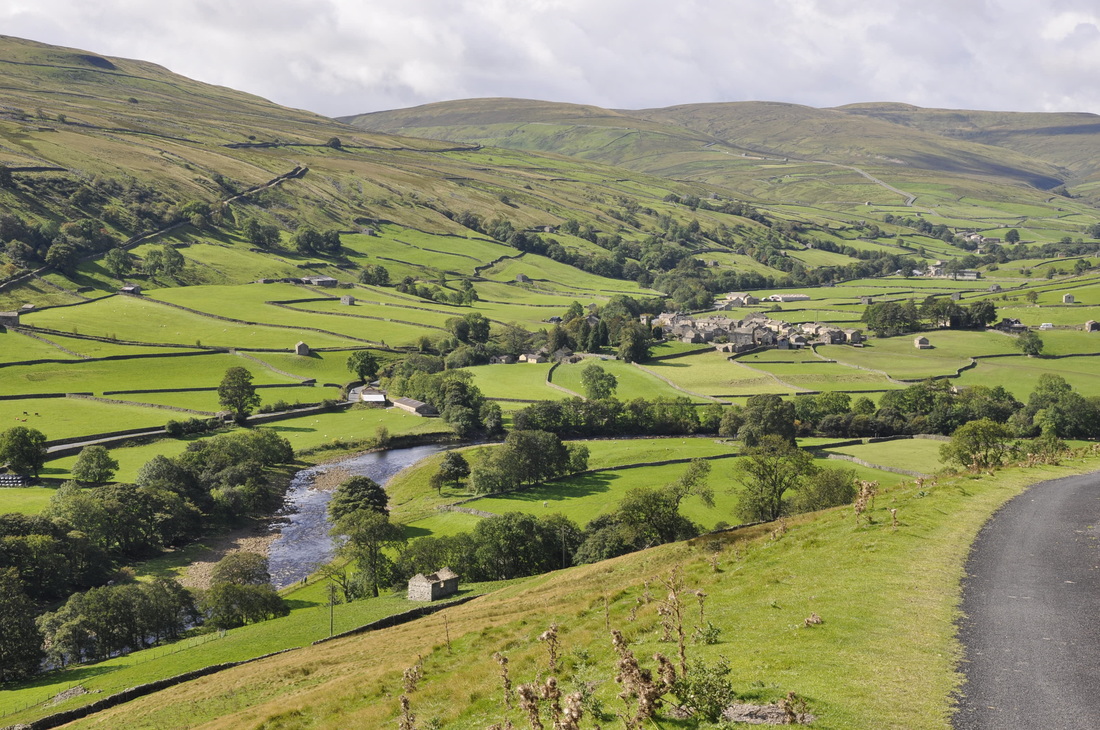 The River Swale & Muker from the track above Ivelet 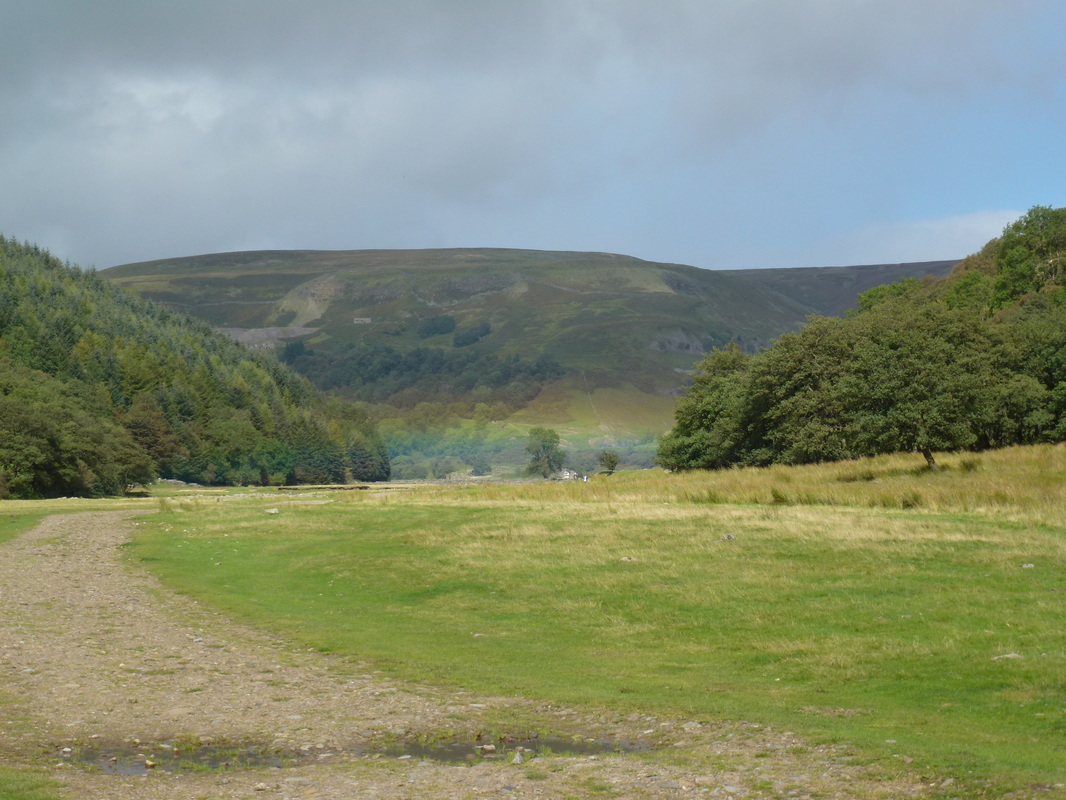 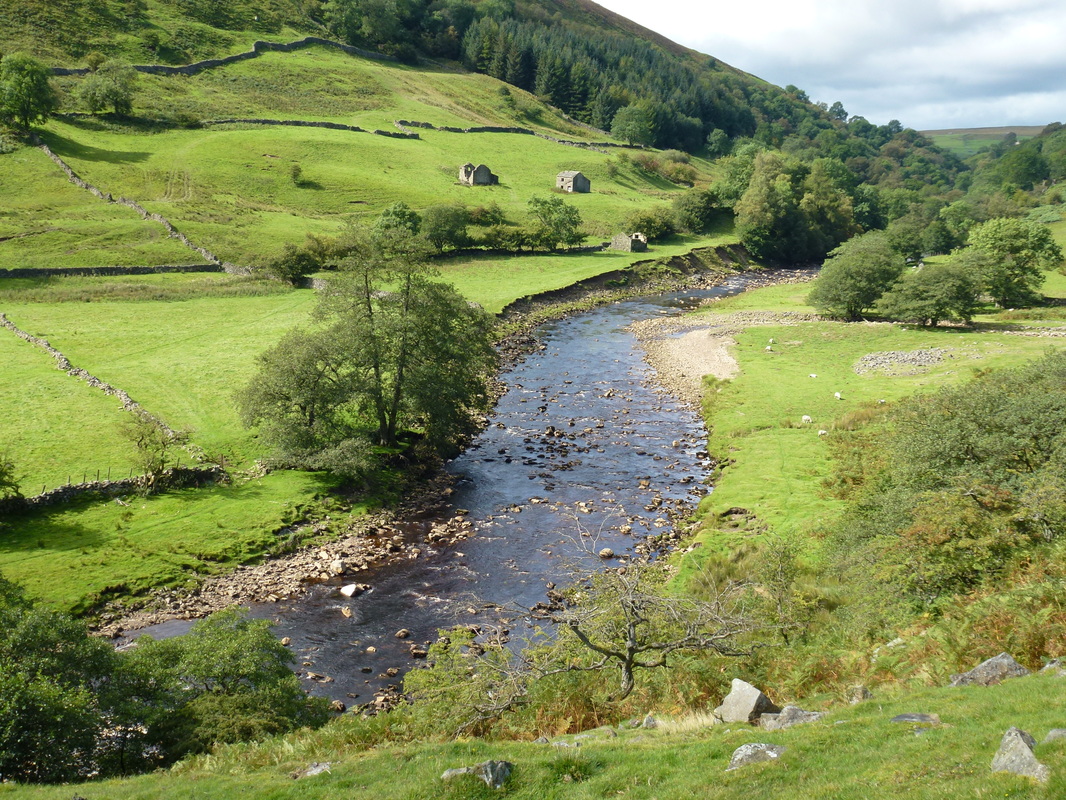 Continuing above the Swale as we head to Swinner Gill 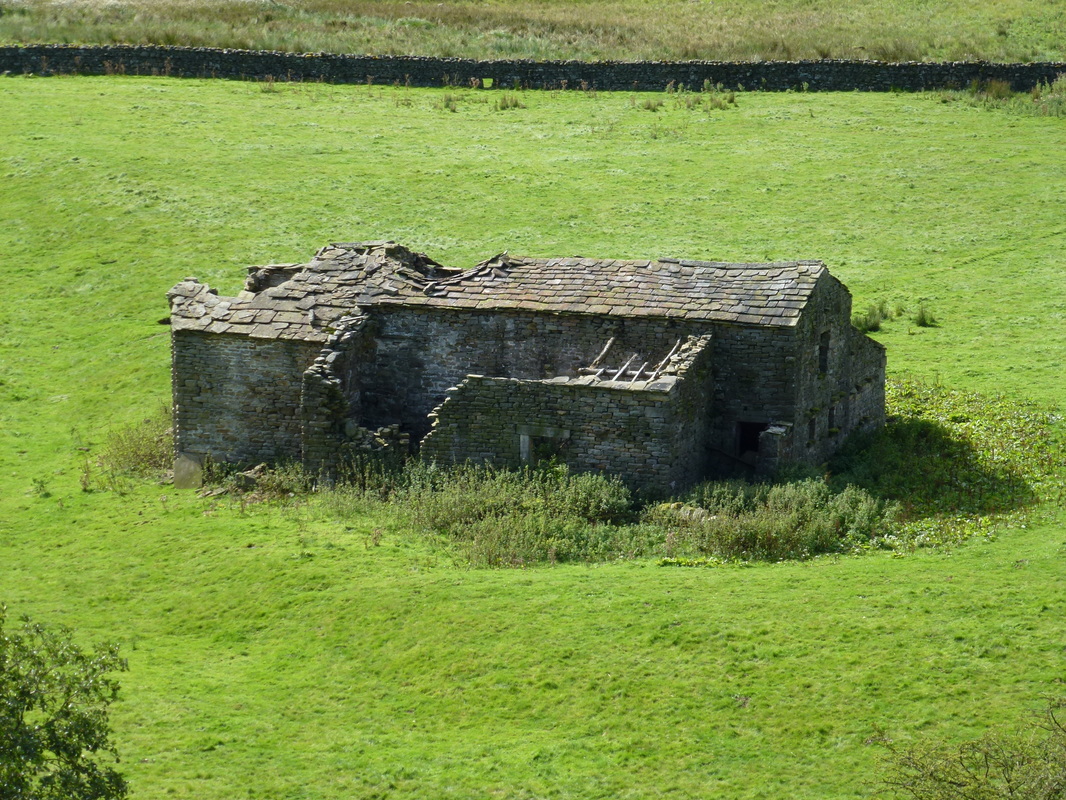 Lots of ruined farmhouses and feed barns scattered about 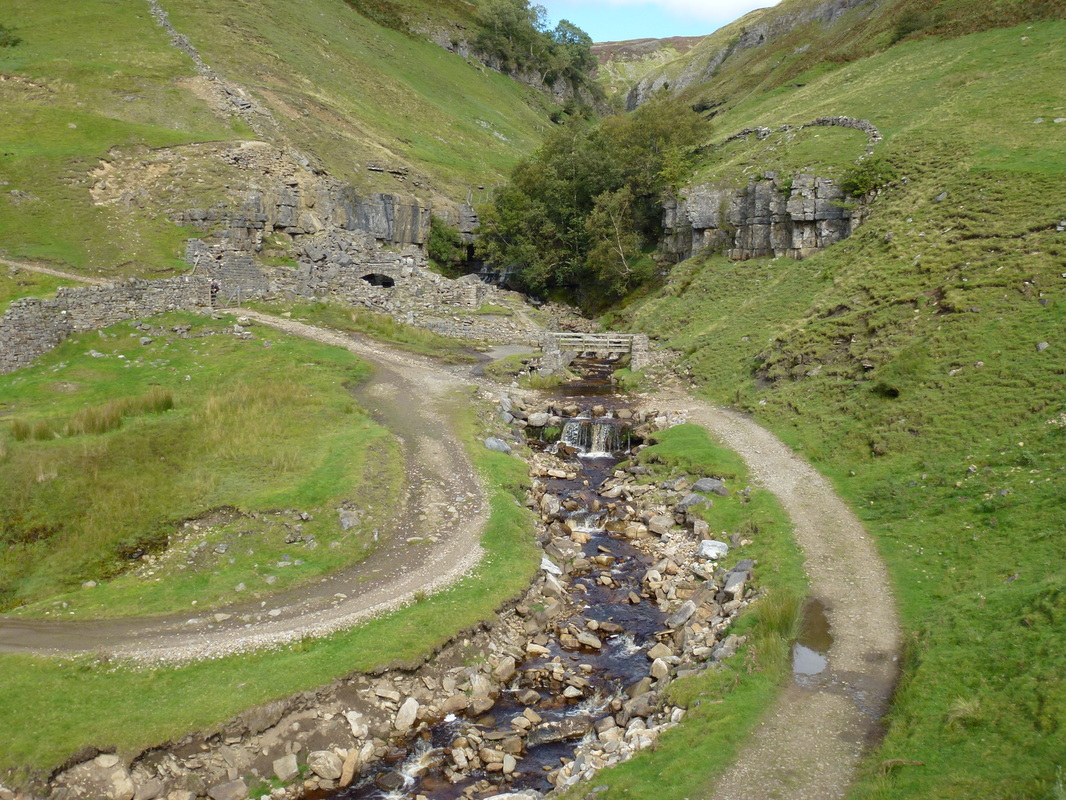 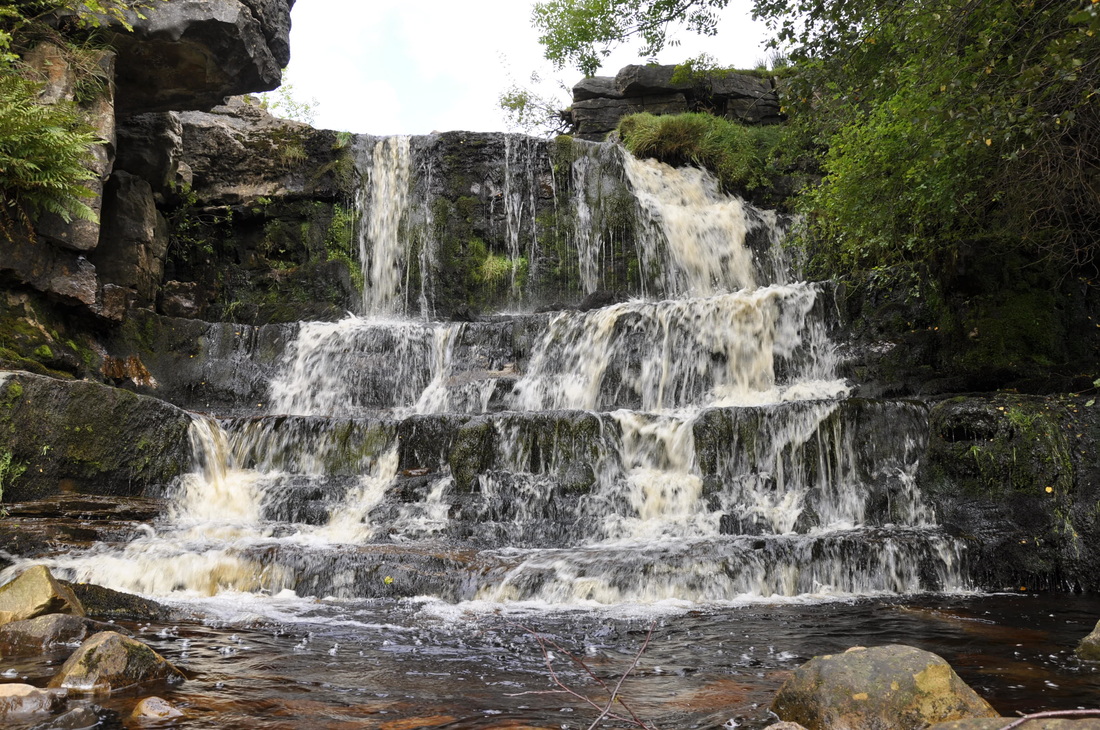 A lovely cascade of falls at Swinner Gill 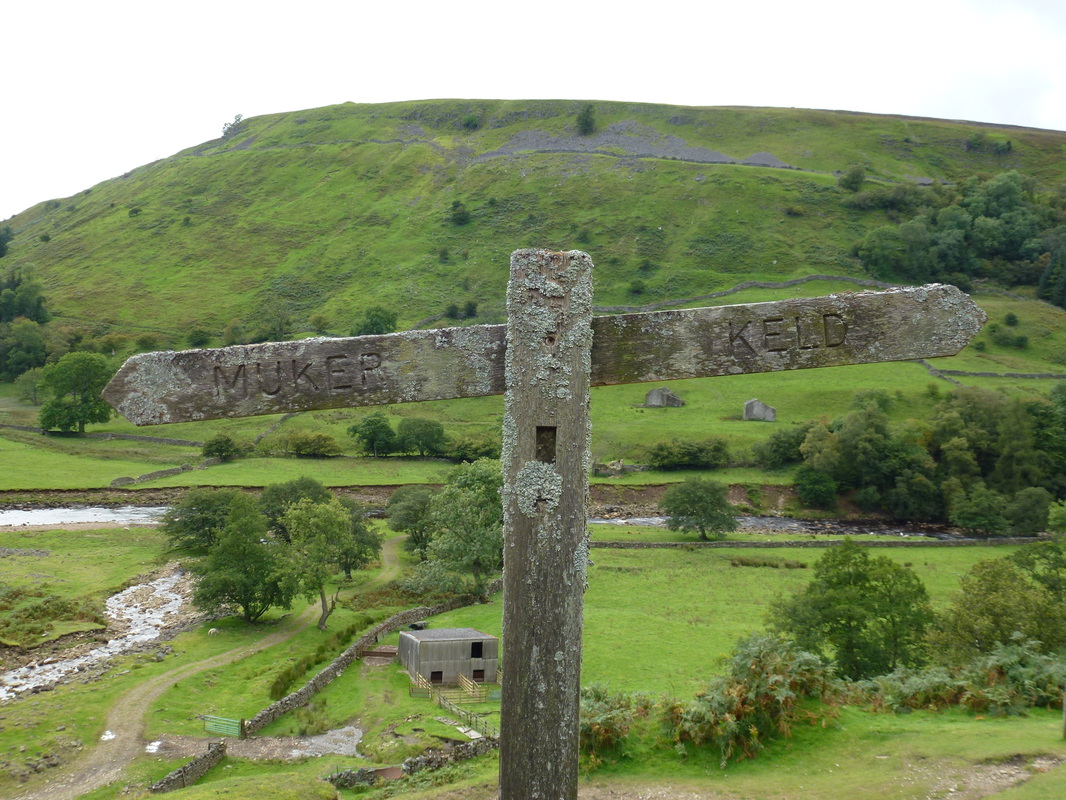 Looking to Kisdon - not far now to Keld 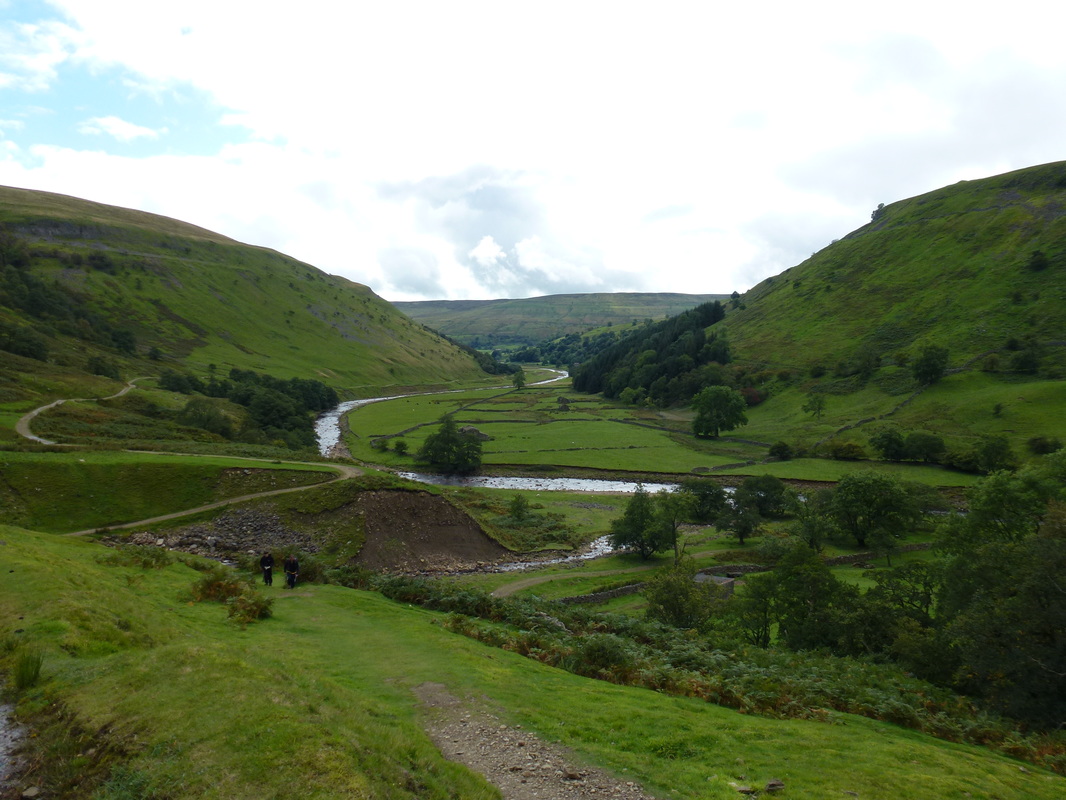 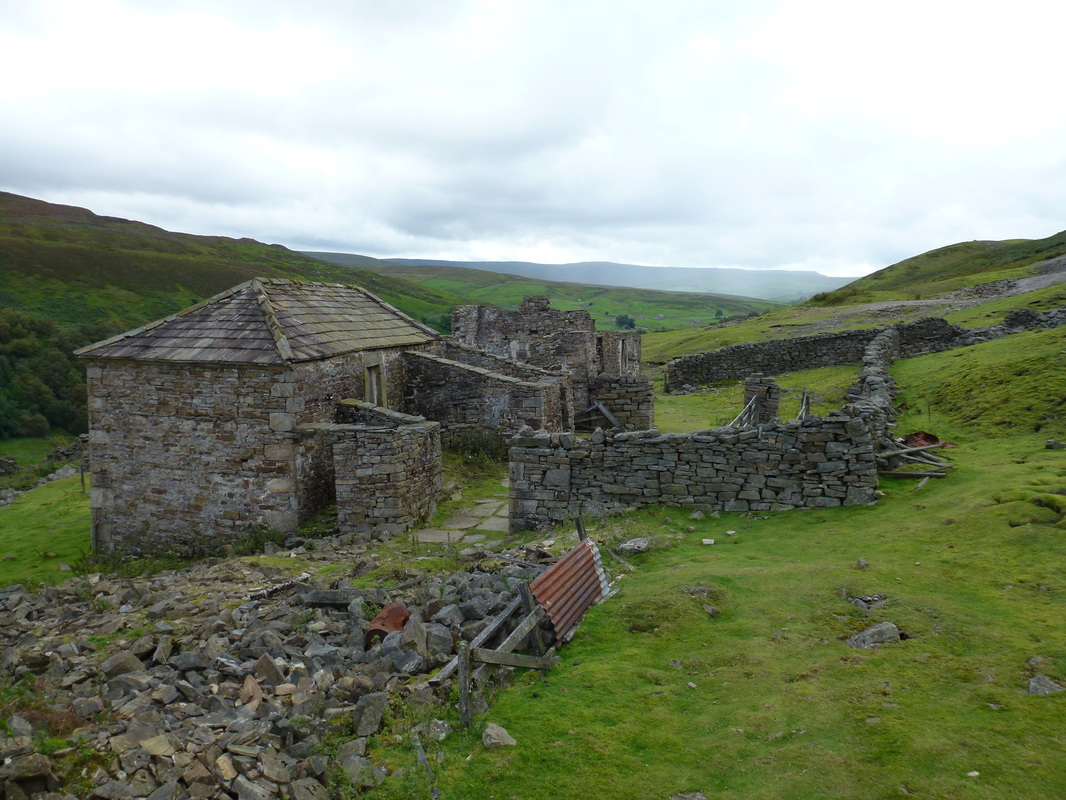 The amusingly named Crackpot Hall
The 18th-century smallholding was abandoned in 1953, when lead mining subsidence rendered it uninhabitable. It is thought that the building may also have been used as offices for the mining companies in the area. 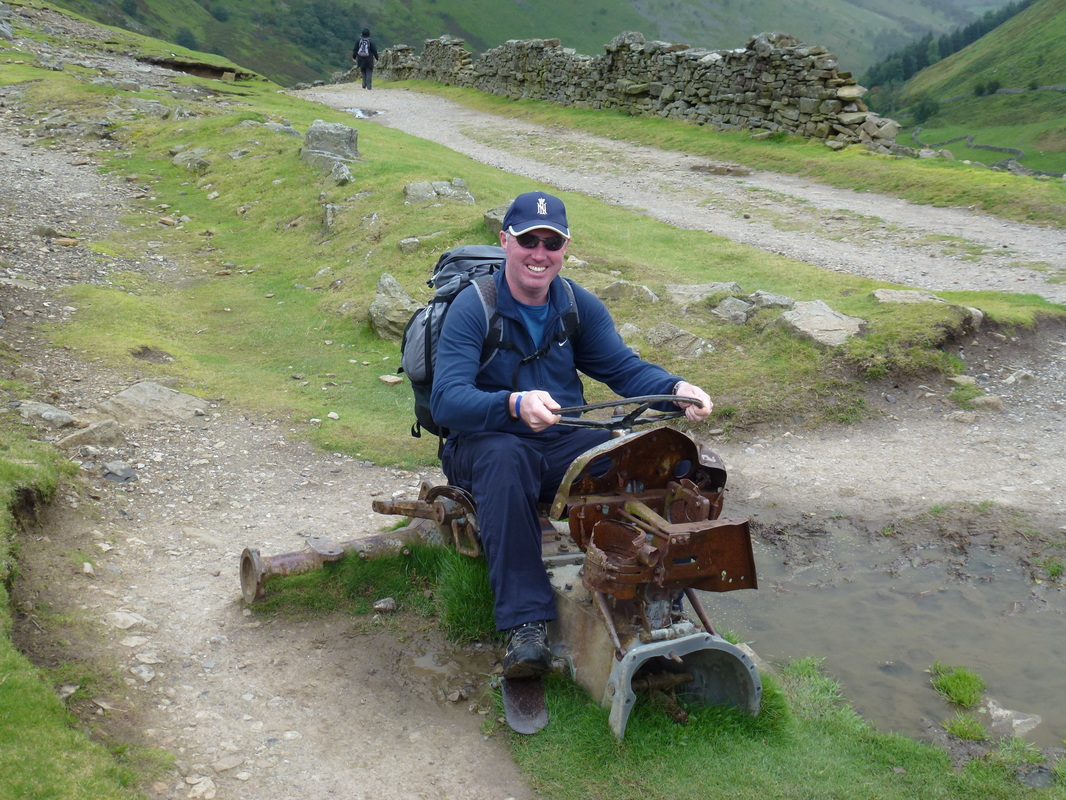 Couldn't get it started 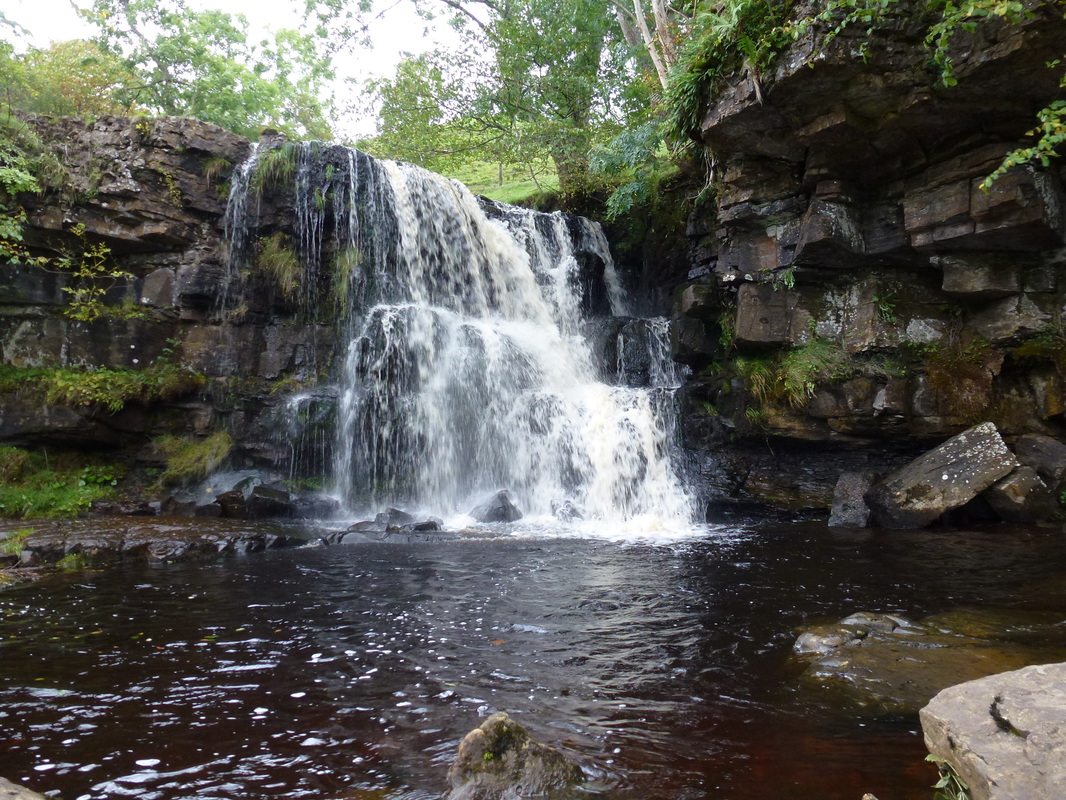 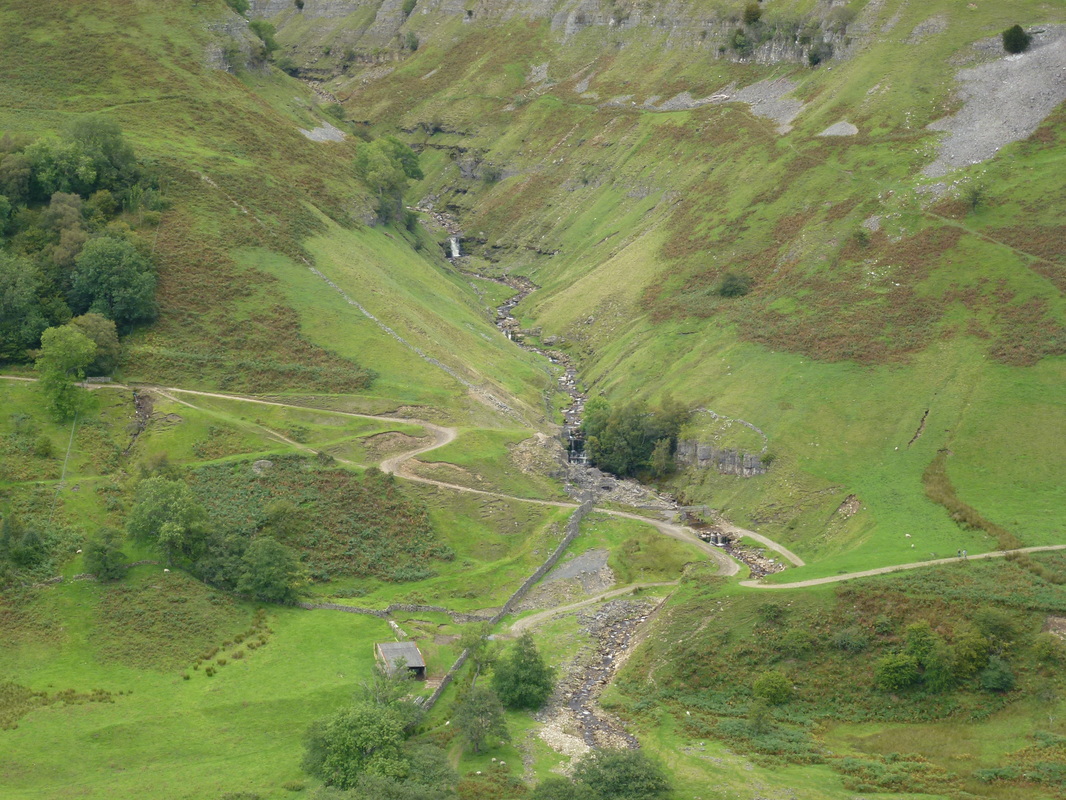 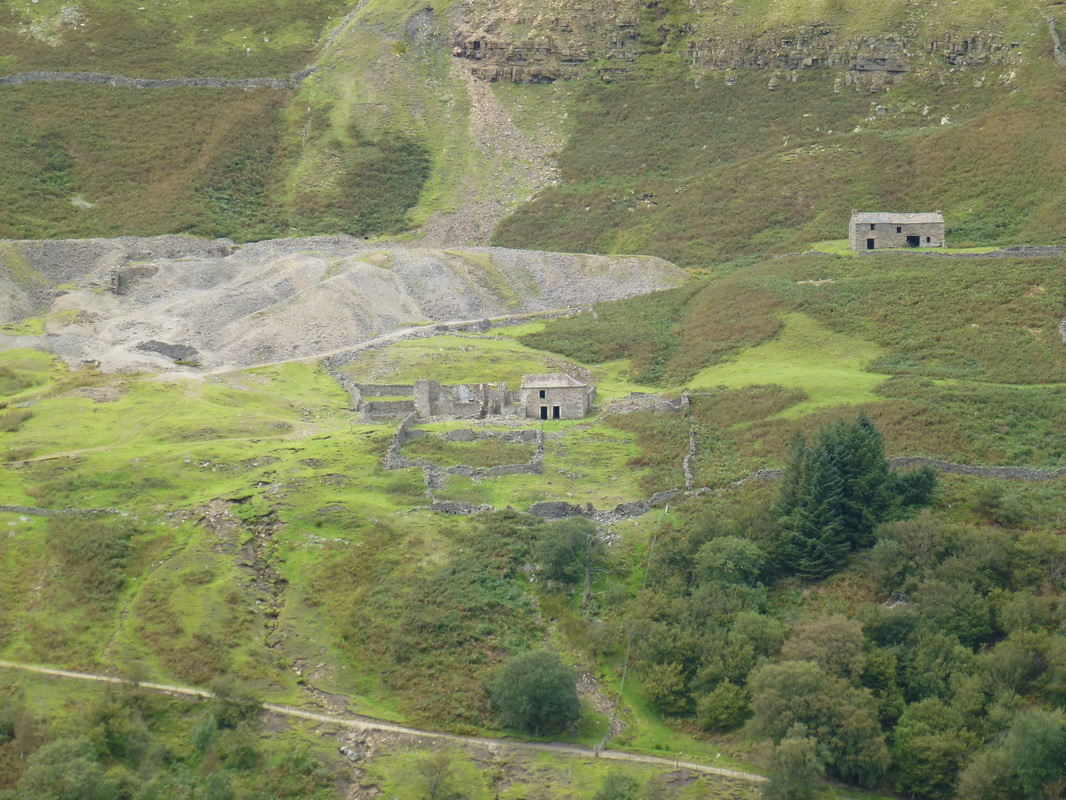 Crackpot Hall from the flanks of Kisdon 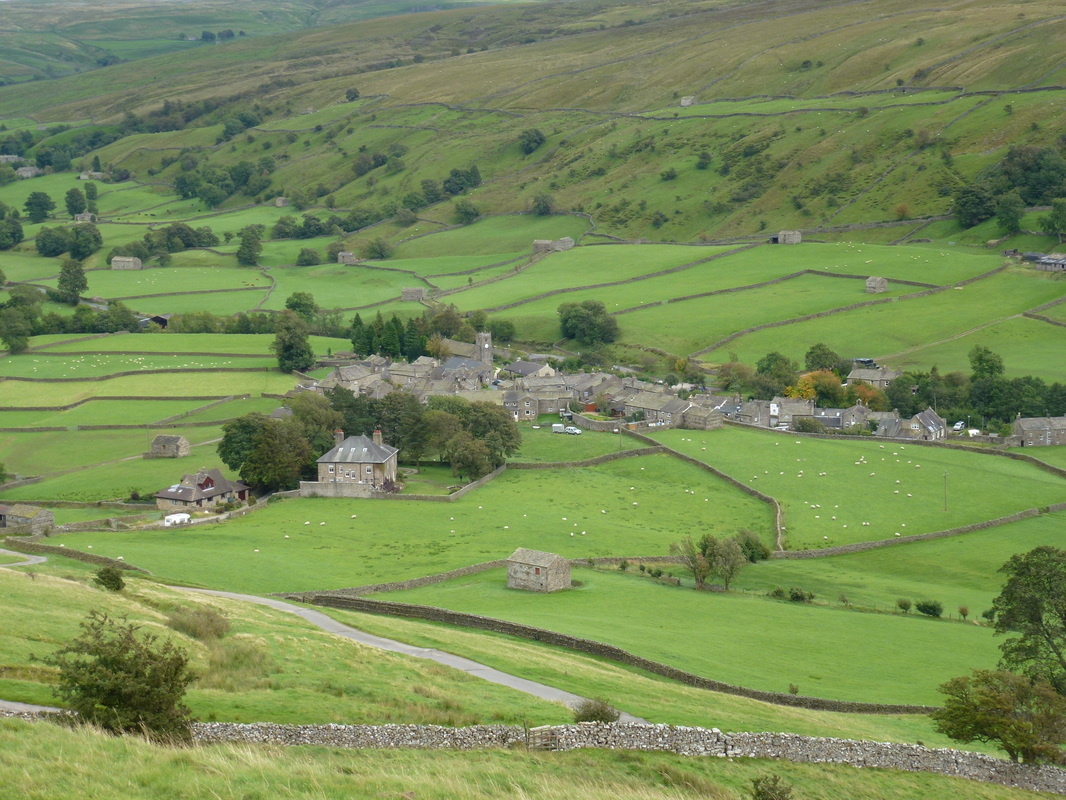 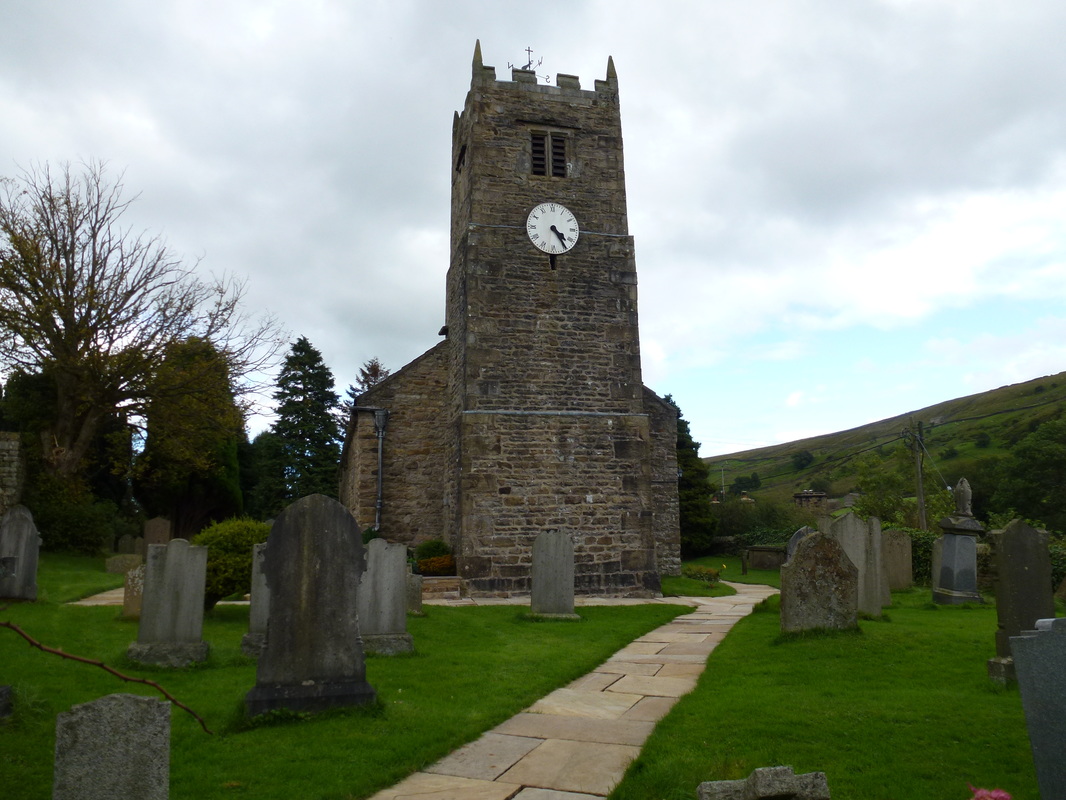 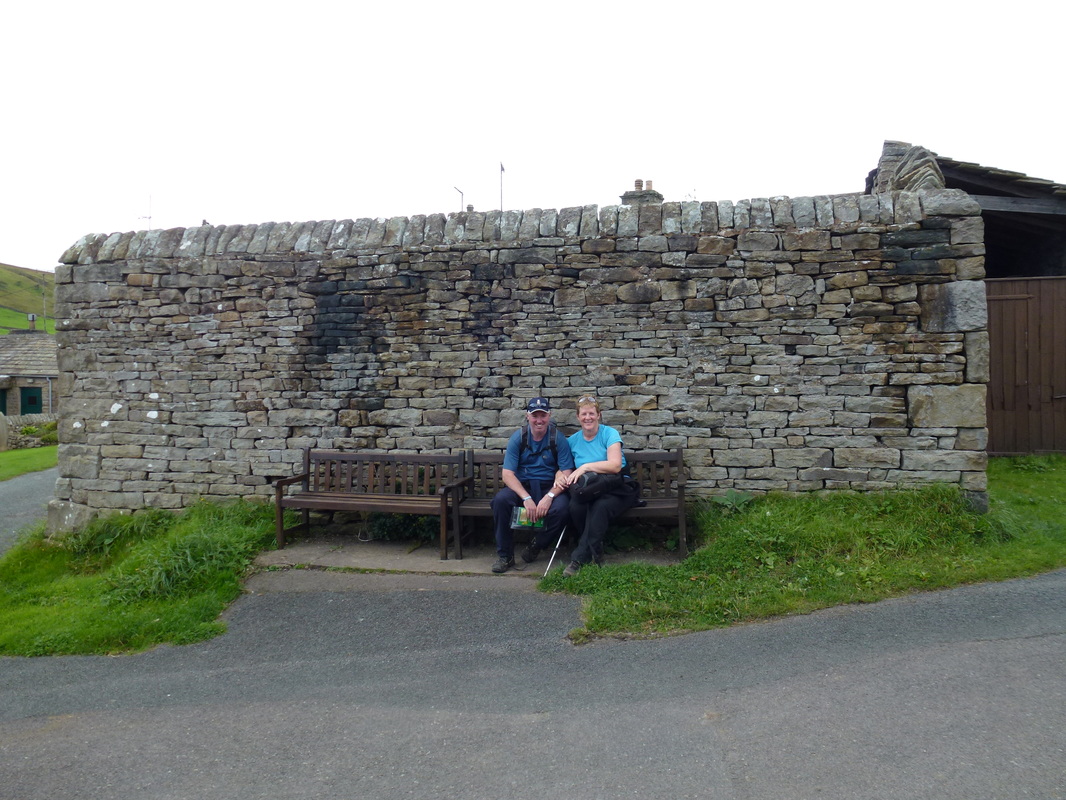 A family photo near Muker Church.
​Fudge would come along just over a year later in October 2012. 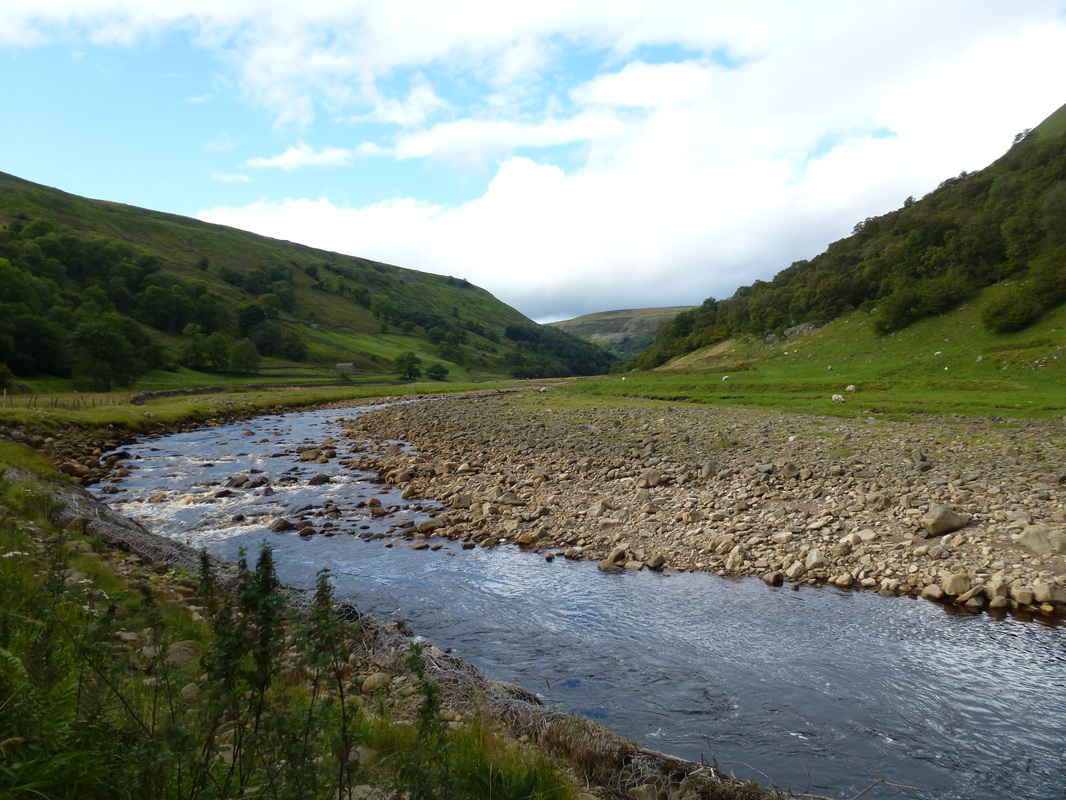 The River Swale near Rampsholme Bridge 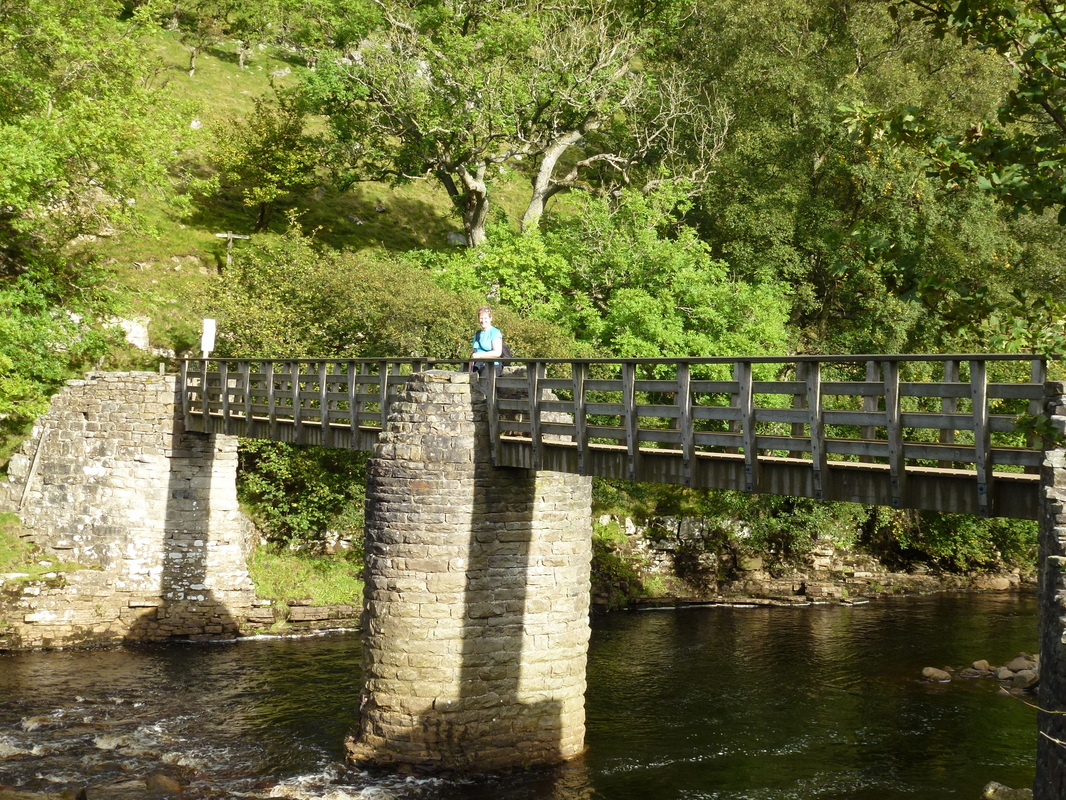 Rampsholme Bridge over the River Swale 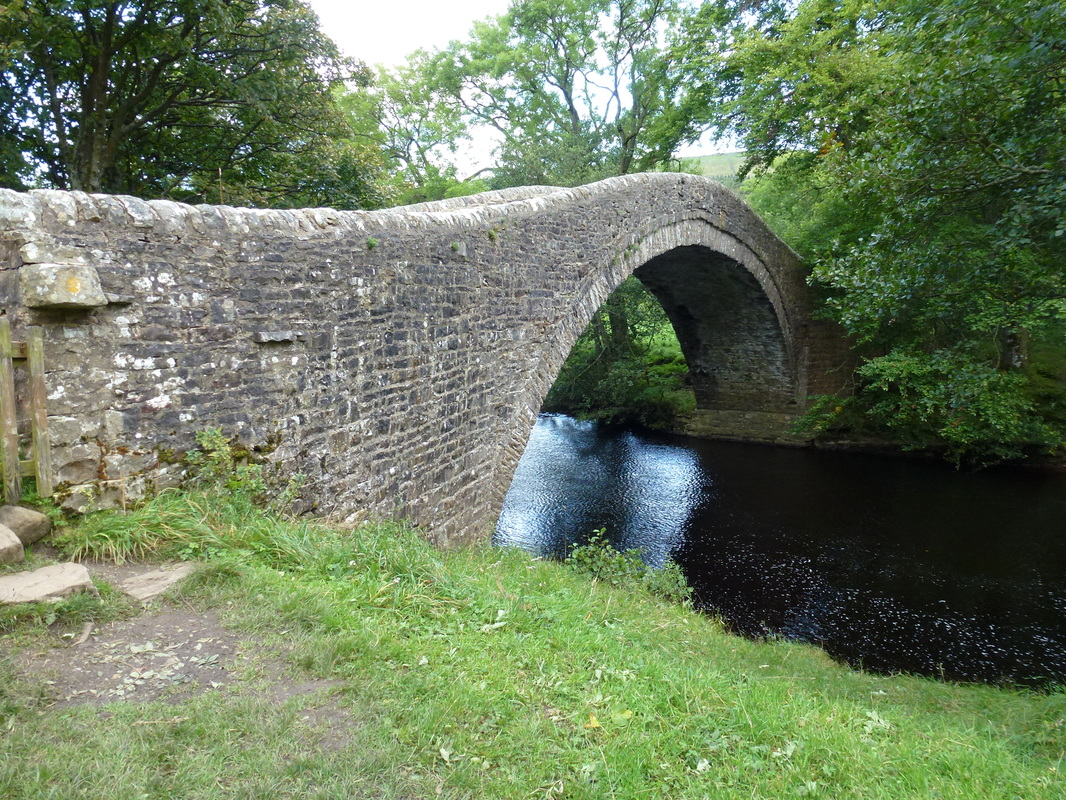