Mild and sunny with good visibility.

​​​​​​Map
​​
​OL30 (Yorkshire Dales Northern & Central Area)
​If the above GPX file fails to download or presents itself as an XML file once downloaded then please feel free to contact me and I will send you the GPX file via e-mail.  ​​ 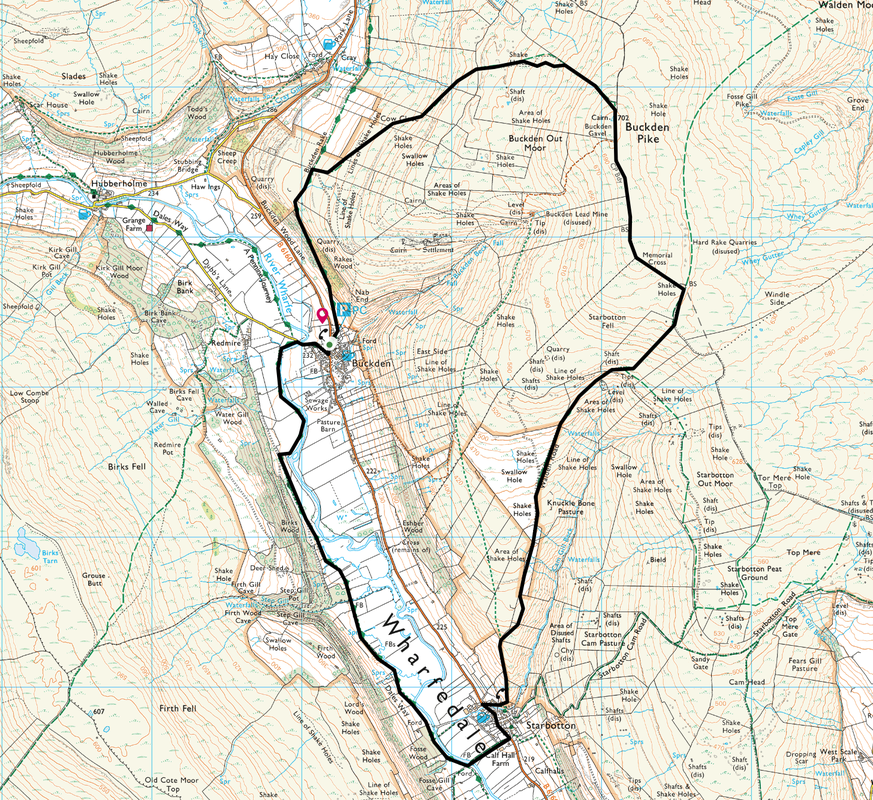 Just myself & Fudge out today as Angie was under the weather and remained in Hawes where we were staying. The walk starts from the village of Buckden which sits at the northern end of Wharfedale and is a very pretty spot blessed with a good pub. There is a large car park in Buckden and from here the route heads through a gate and on to Buckden Rake - an old Roman Road which climbs steadily to reach a signpost where the route to Buckden Pike strikes off to the right.

From the signpost the walk heads steadily upward. It was just after this point that I met an old chap who clearly did not have a clue where he was - an all too common occurrence unfortunately. I sorted him out with directions for Buckden - he had no map or compass. With my good deed done I continued upwards, the gradient steepening markedly about half a mile from the summit and soon the flat top of Buckden Pike came into view. The summit is adorned with an OS Column, a large cairn plus an eight foot wooden pole.

From the summit the route heads due south to reach the memorial cross before heading down over Starbotton Fell and the curiously named Knuckle Bone Pasture before reaching the village of Starbotton and The Fox & Hounds - which annoyingly was shut! Heading along the B6160 for 200 yards or so, there is a path on the right which heads down to the footbridge over the Wharfe and then joins The Dales Way path coming in from the left. There is now a lovely walk alongside the Wharfe back to Buckden and a nice pint in The Buck Inn. ​ 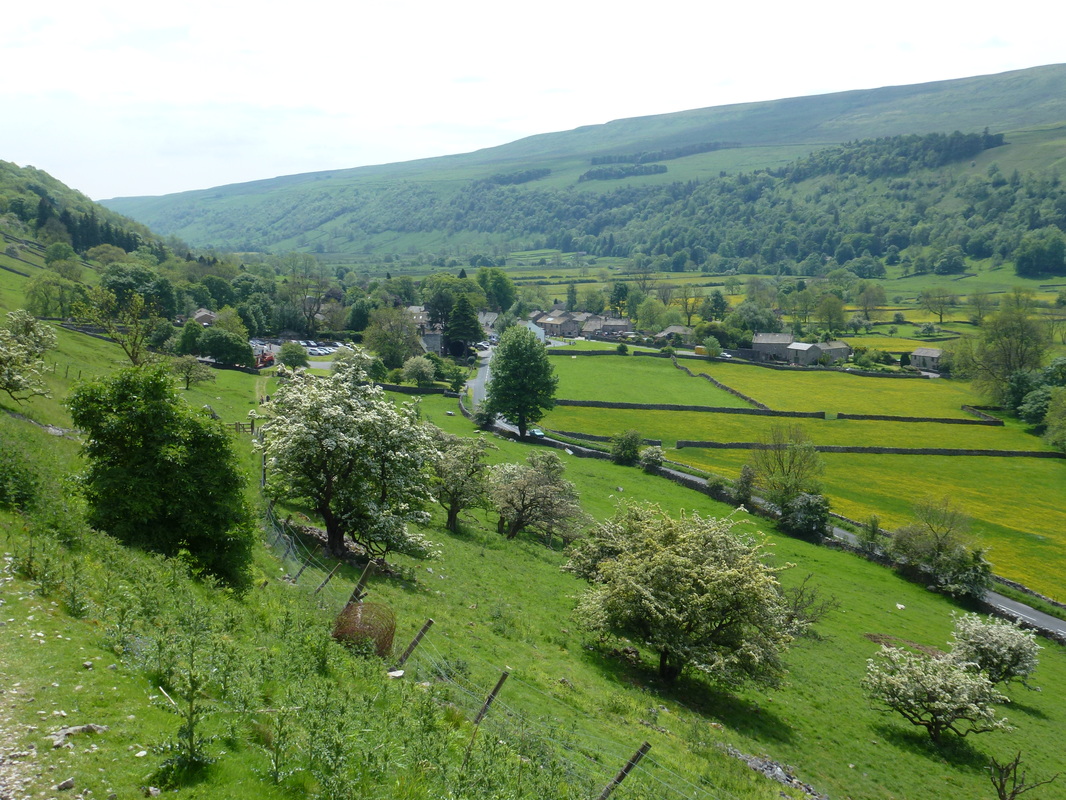 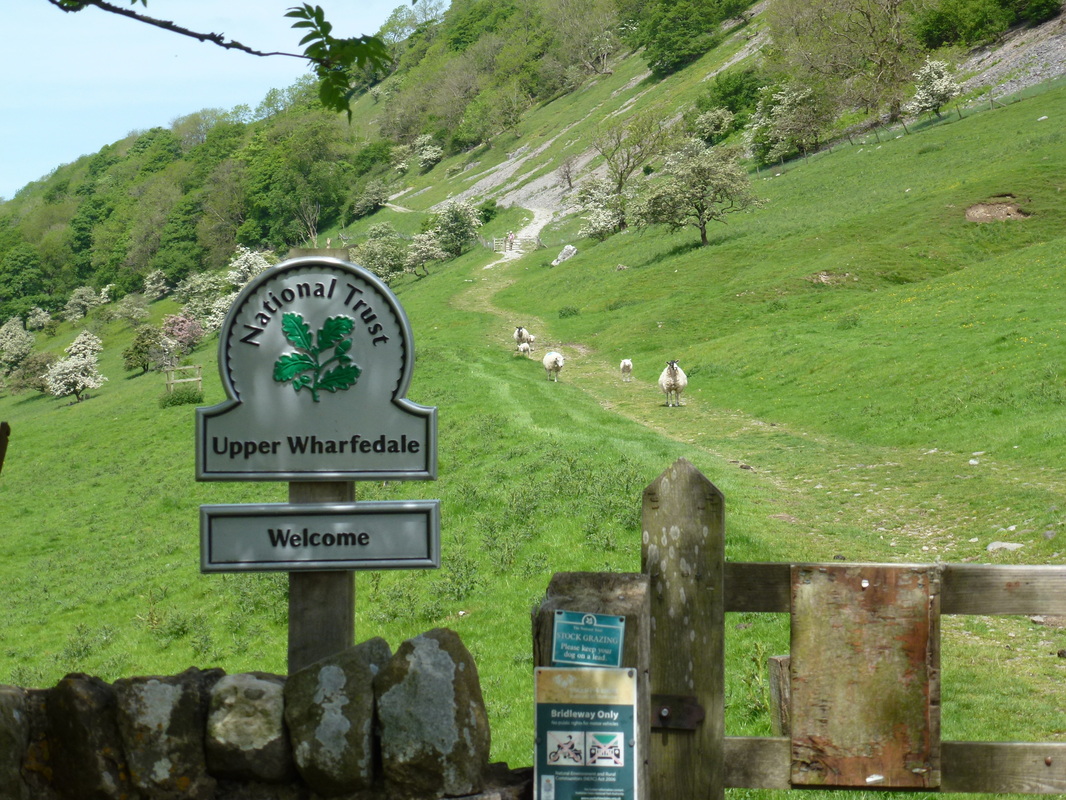 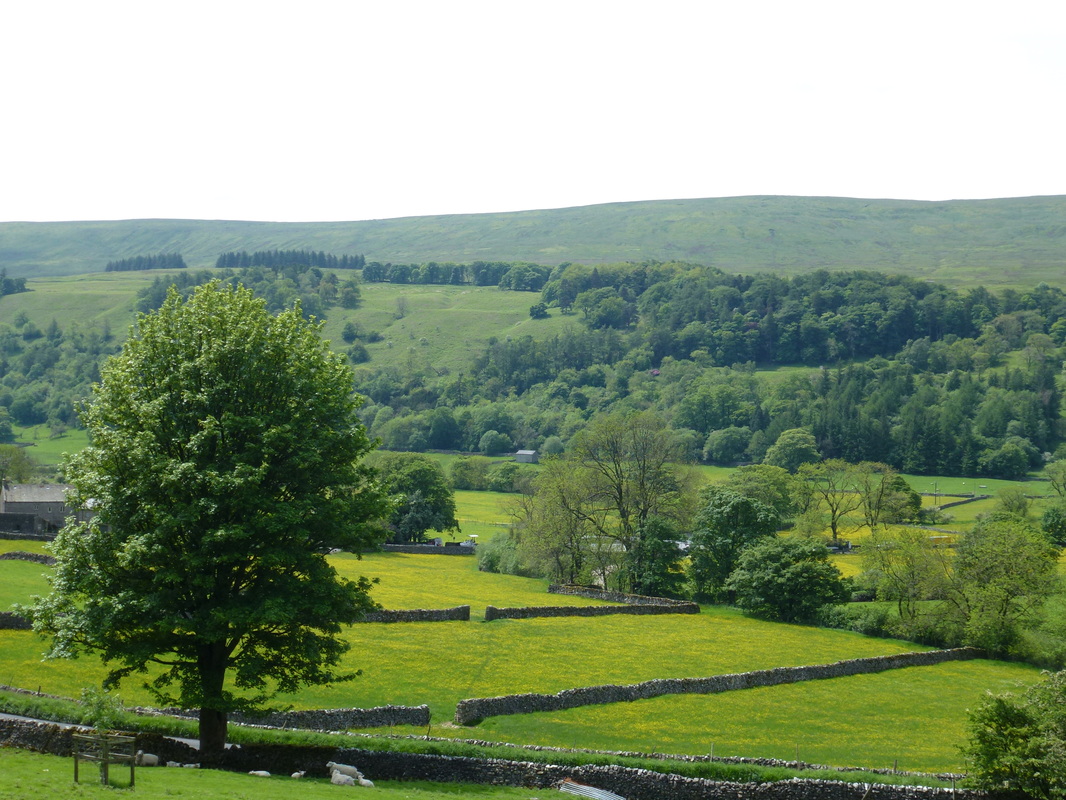 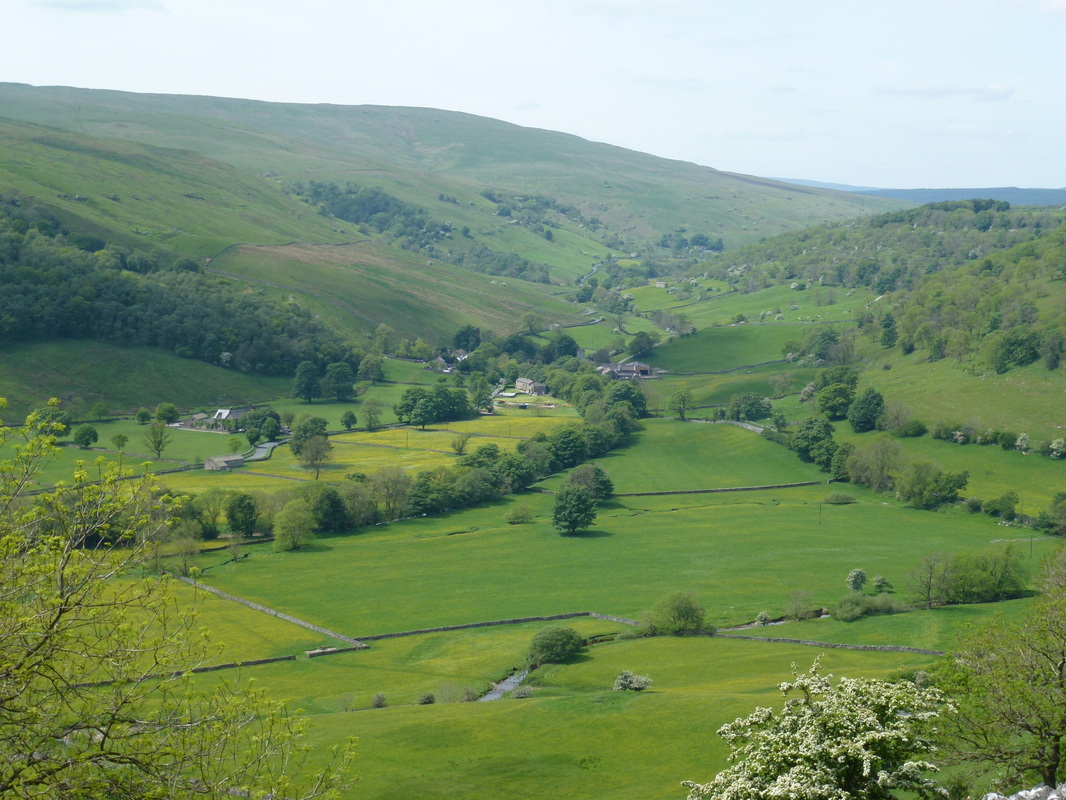 Looking down to the hamlet of Hubberholme, Upper Wharfedale & Langstrothdale 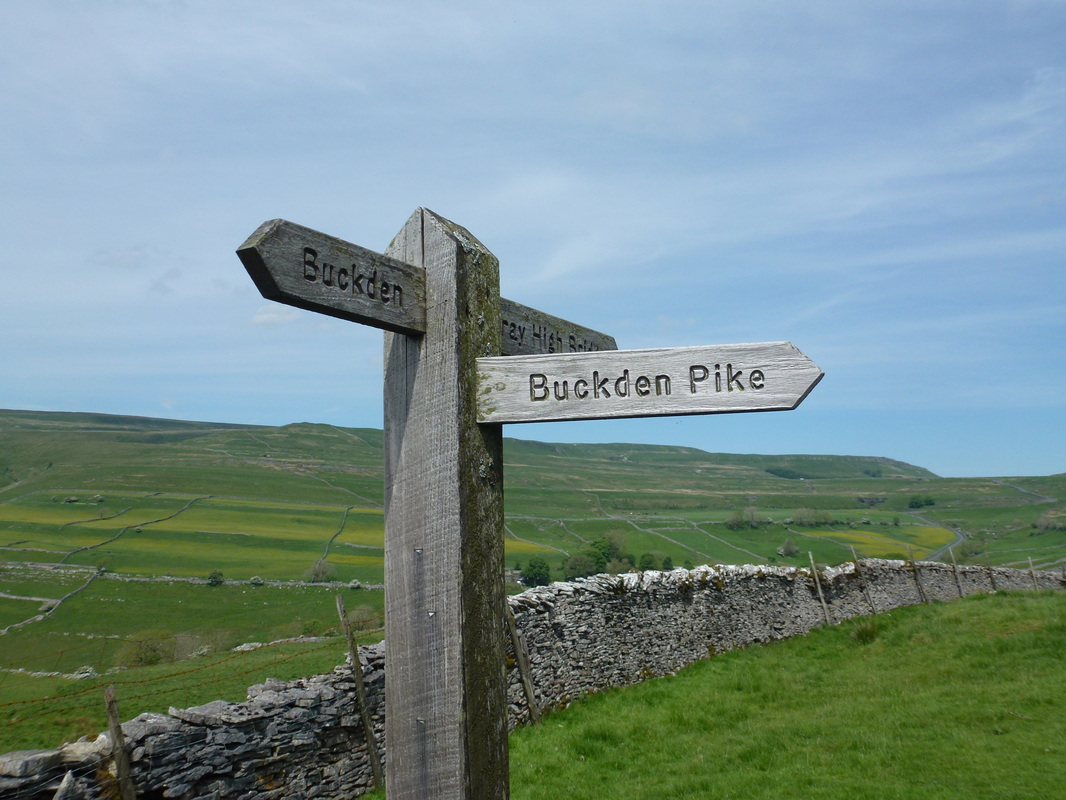 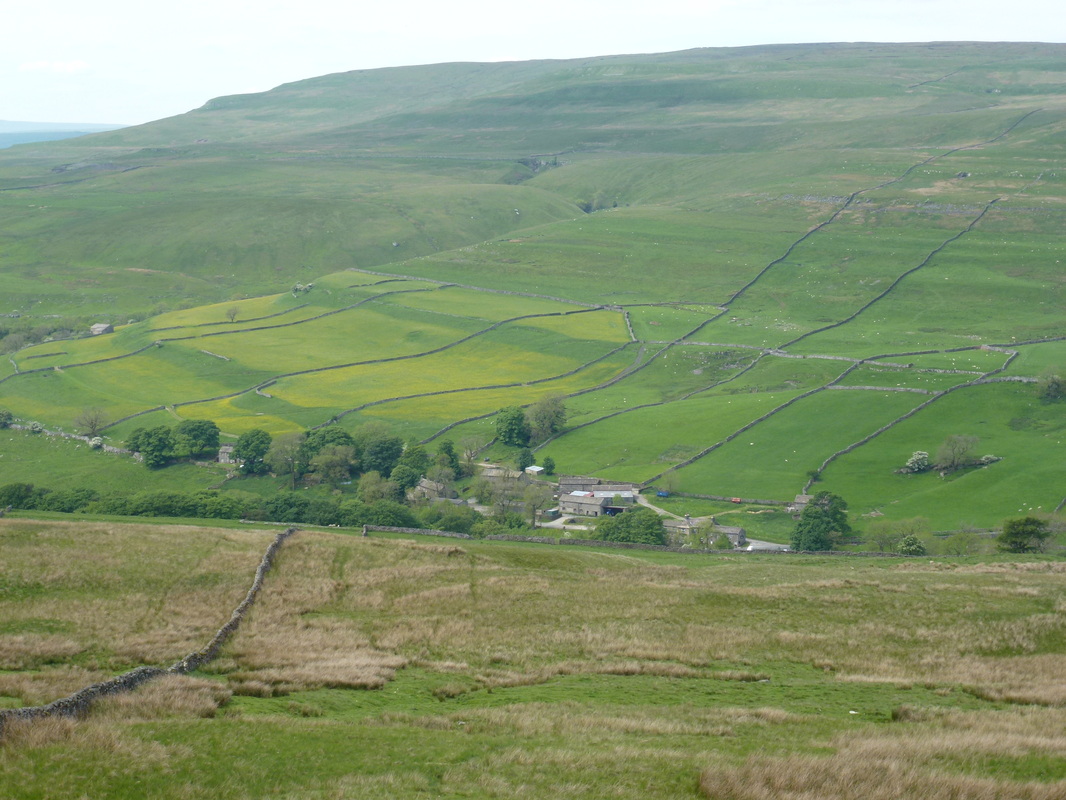 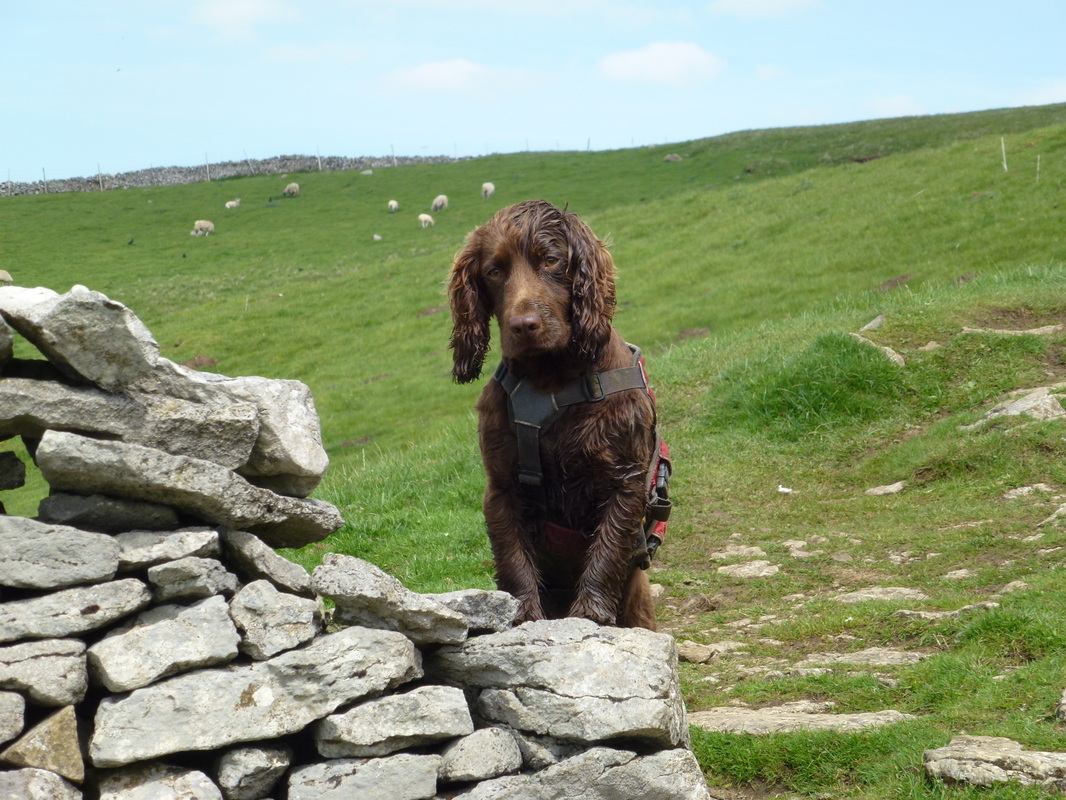 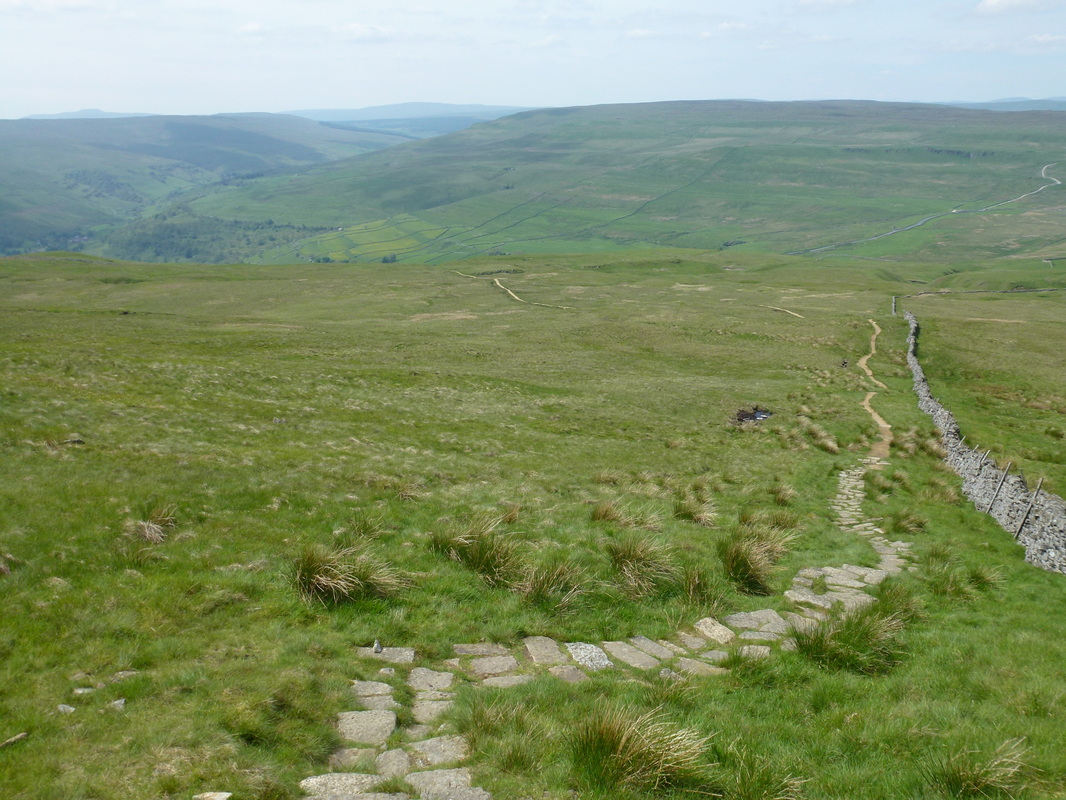 Looking back down the path towards Buckden Rake 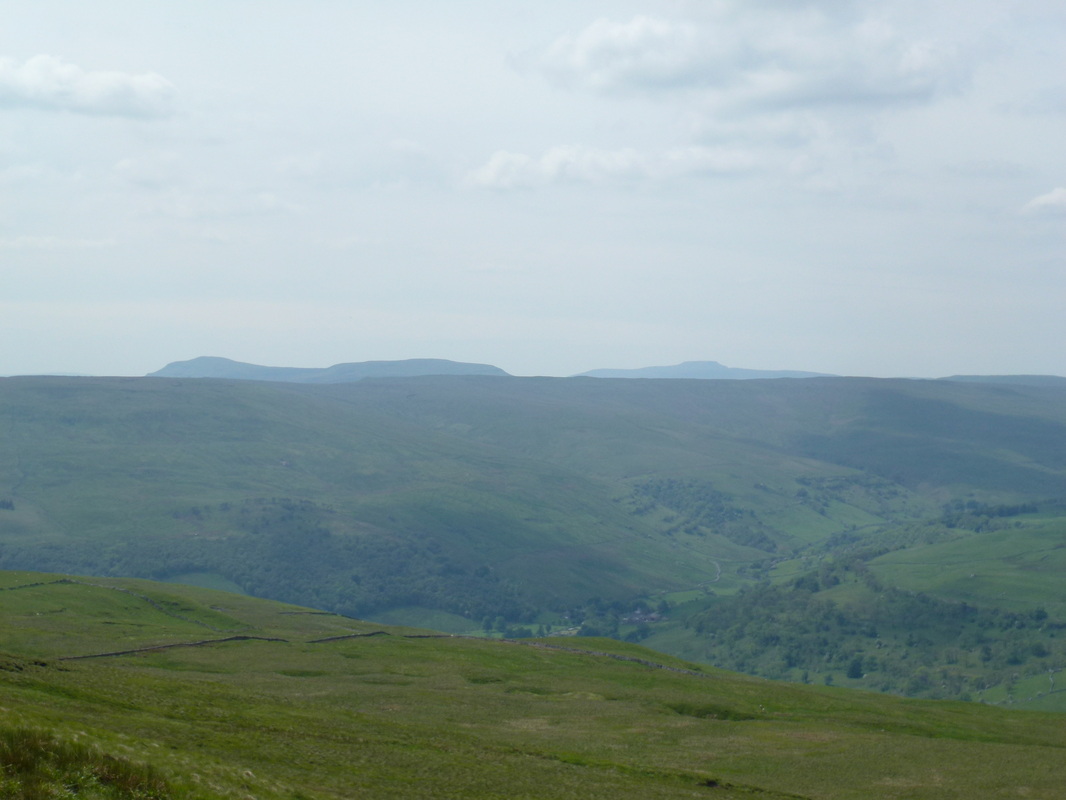 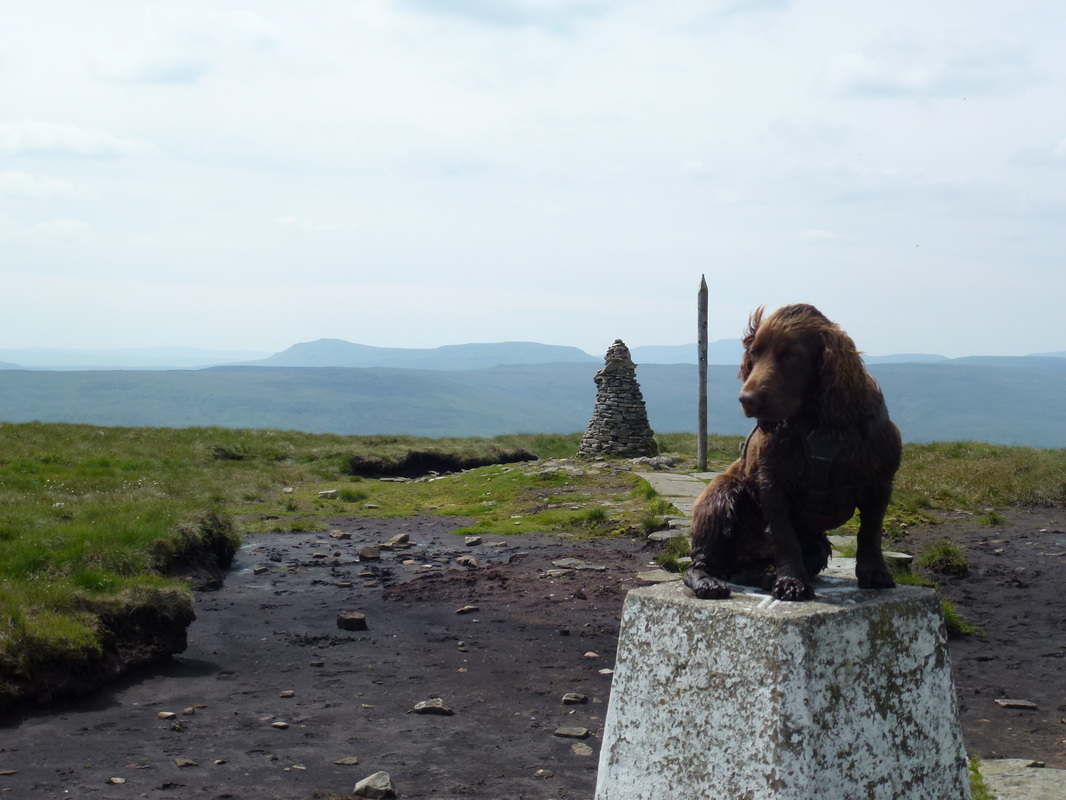 The summit of Buckden Pike 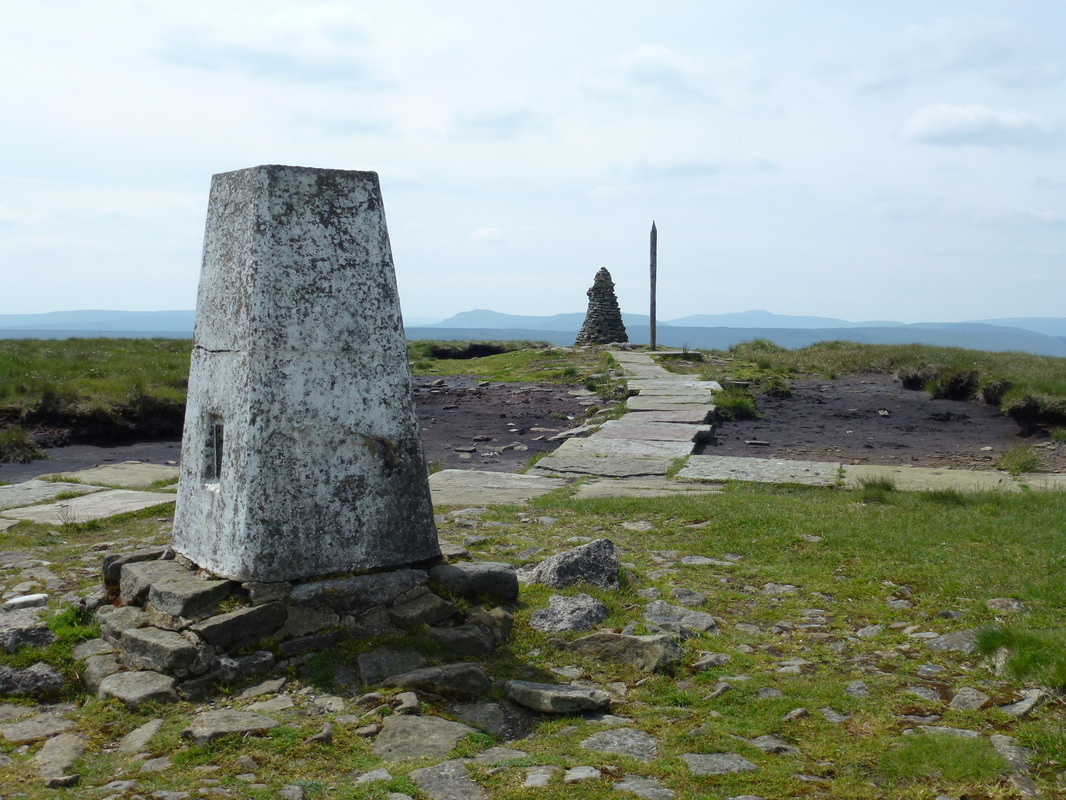 Another shot of the summit minus dog 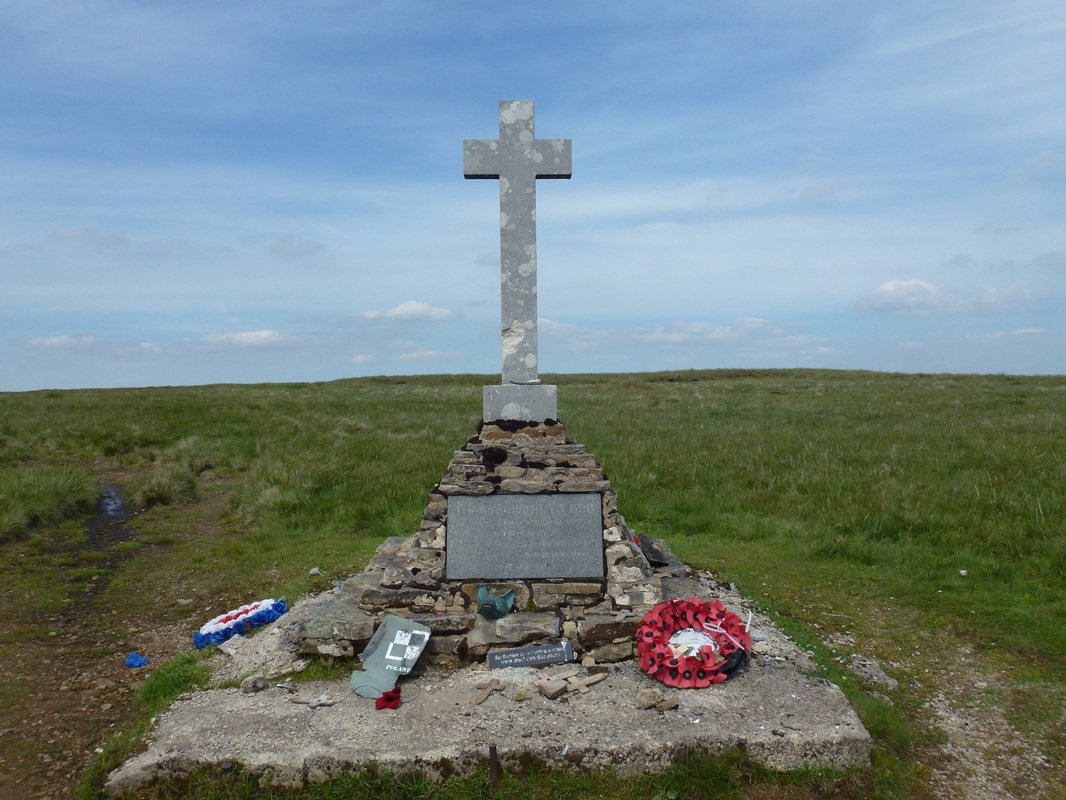 The Memorial Cross near the summit of Buckden Pike to commemorate the Wellington Bomber crash here in 1942 during a snowstorm.
The crew consisted of 6 Polish Airmen - only 1 survived.  The stone plinth has fragments of the bomber contained within the brickwork 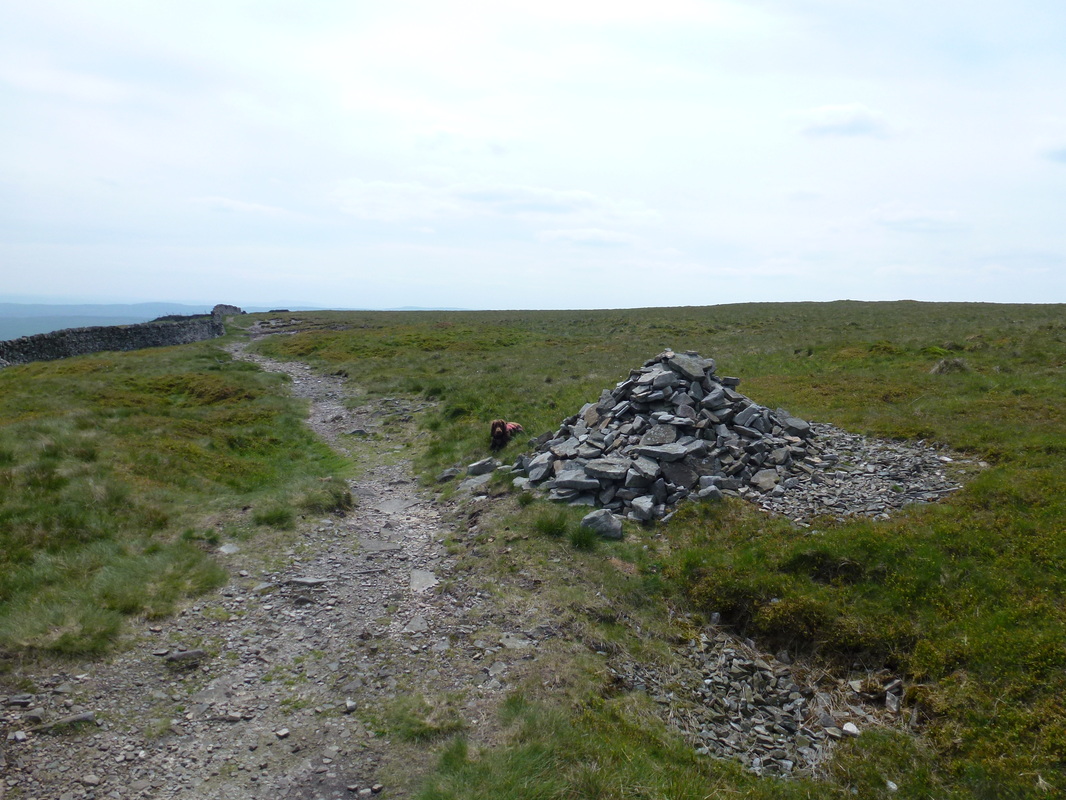 The cairn on Starbotton Fell 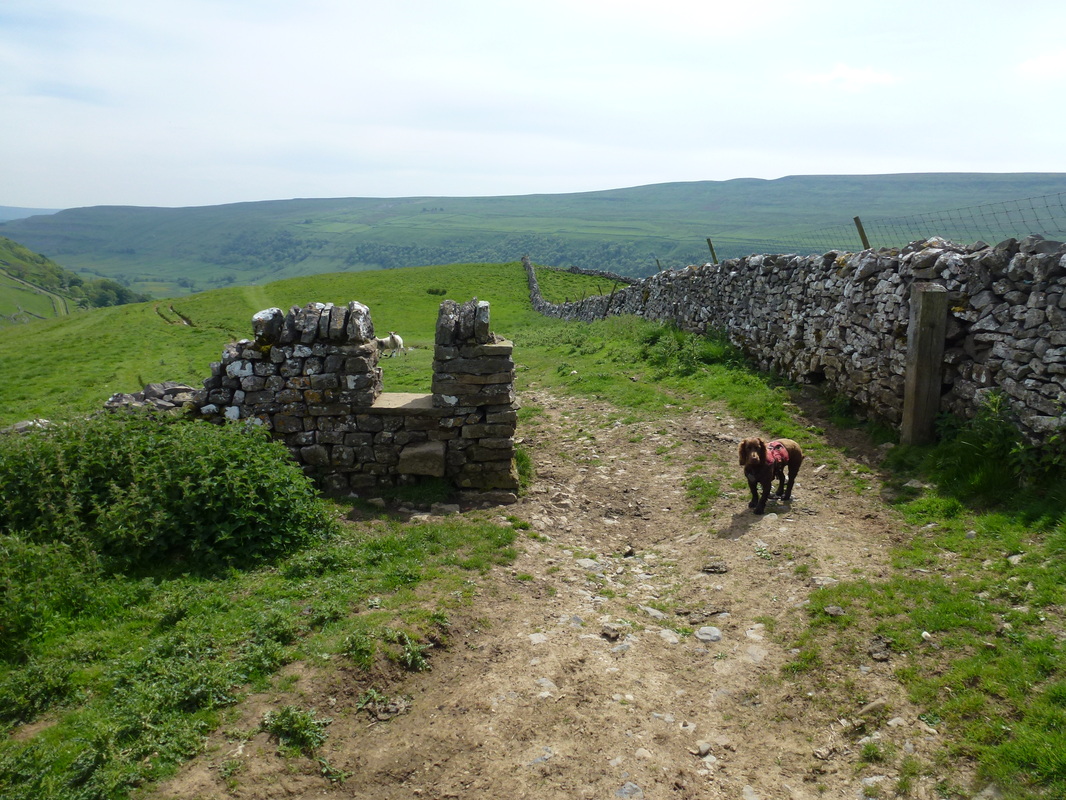 Heading down the path to Starbotton 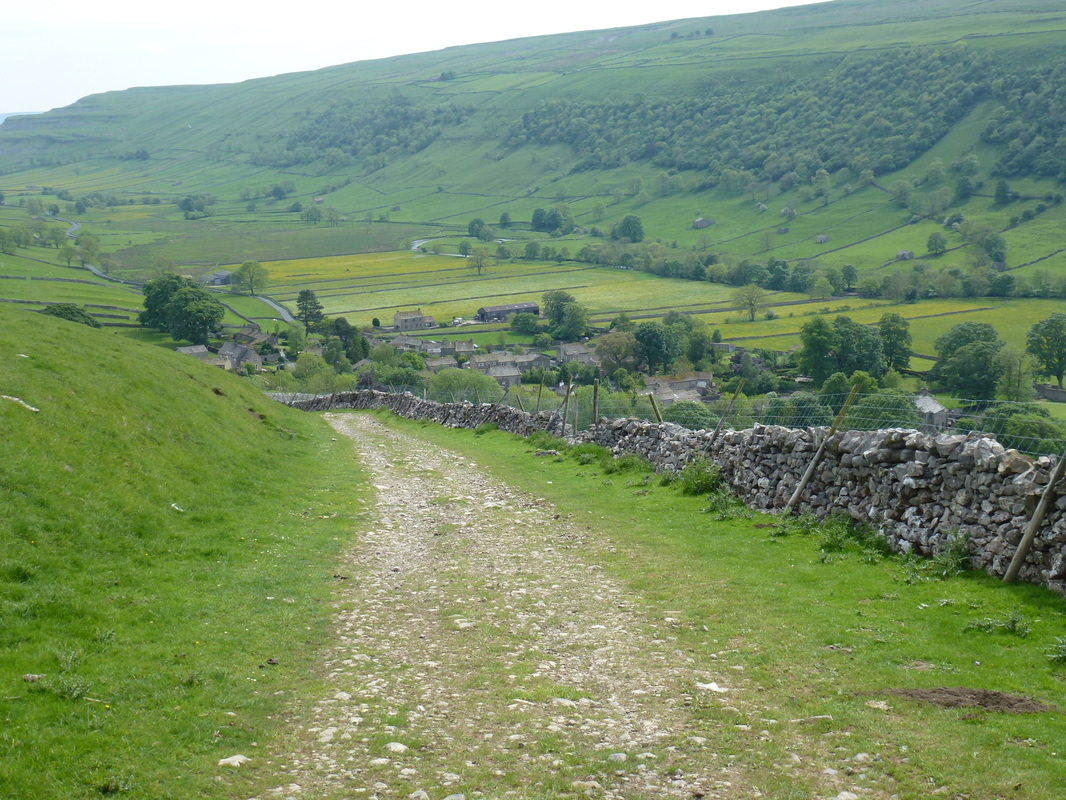 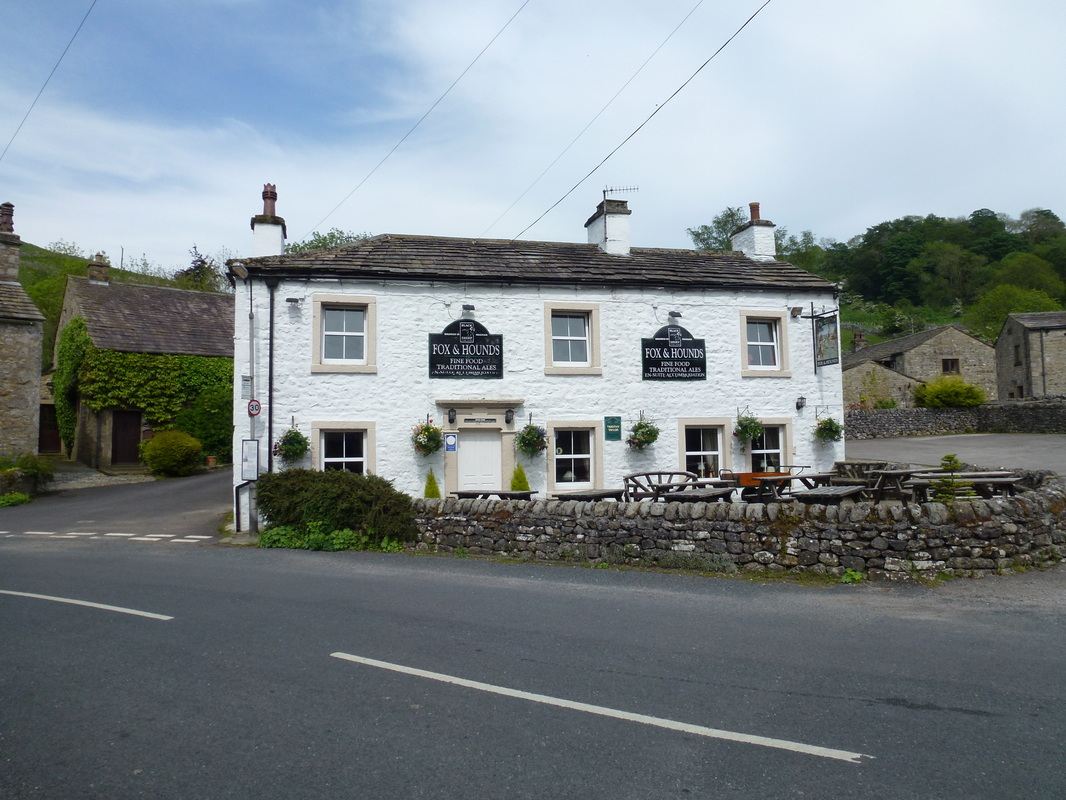 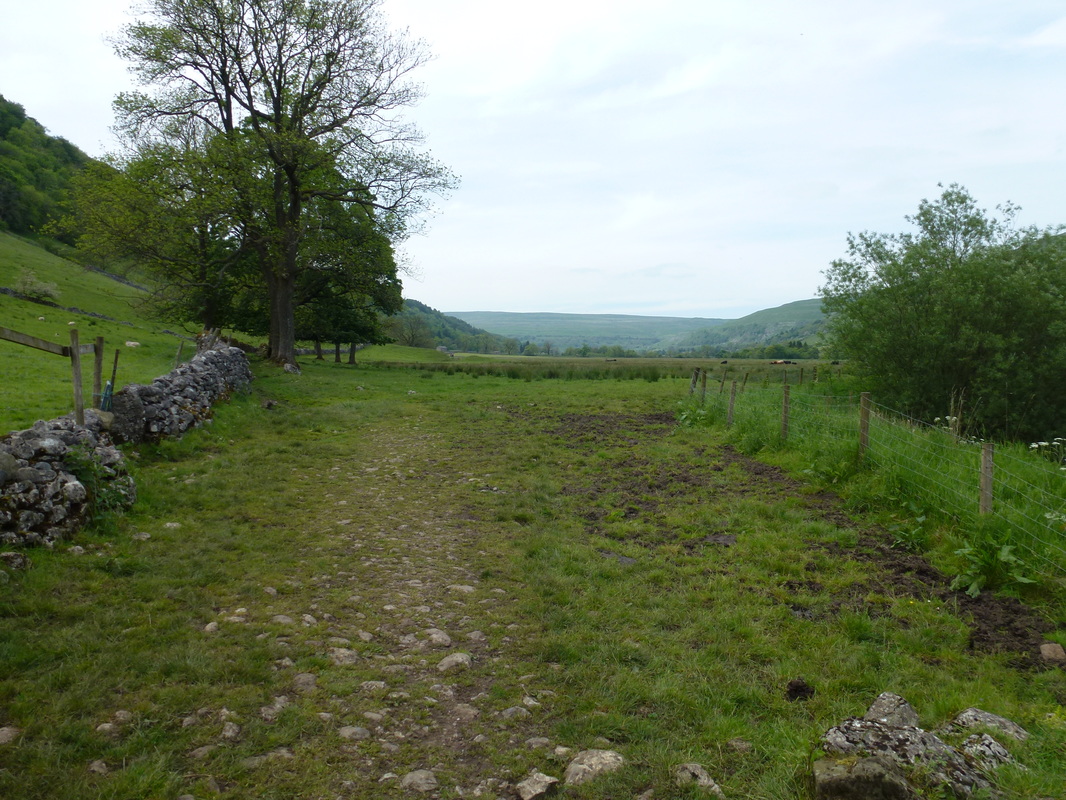 Heading along The Dales Way back to Buckden
Home