Plenty of parking in Barnard Castle both free & Pay & Display

A mixture of sunny spells, fresh breezes plus a light rain shower. 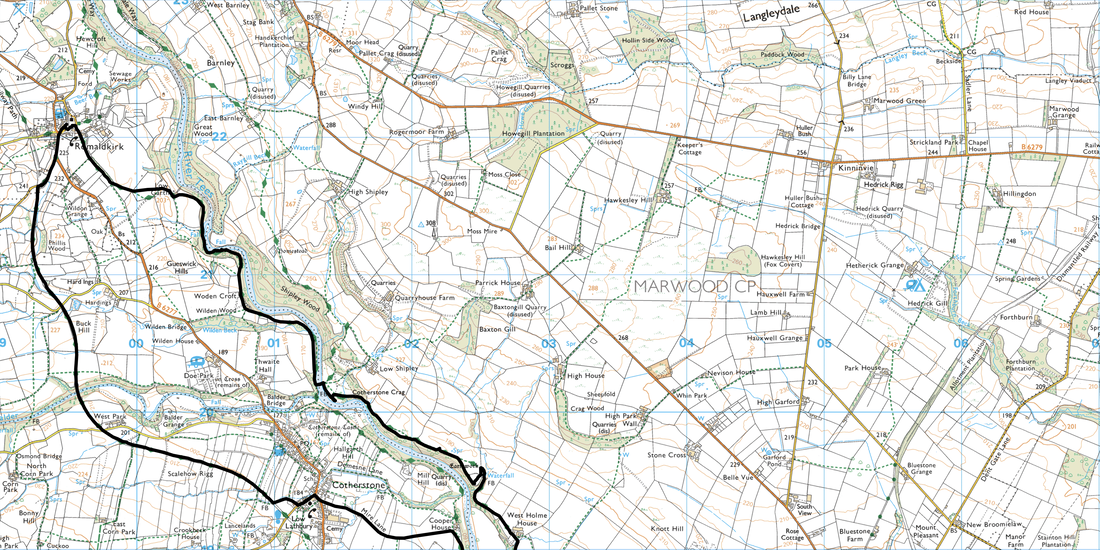 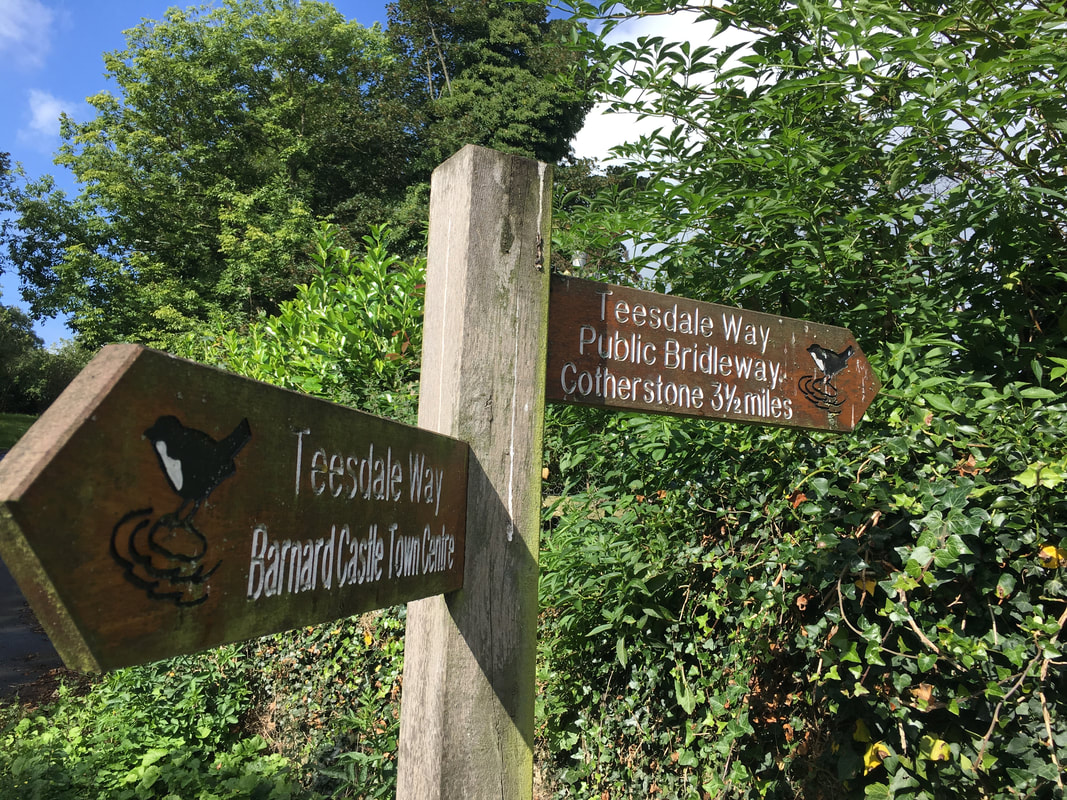 The direction sign at the Deepdale Aqueduct.
We started from our Caravan Site west of Barnard Castle however the walk can also be commenced from the town where there is plenty of parking.
We were off in the direction of Cotherstone which follows a good track on The Teesdale Way along the western shore of the River Tees. 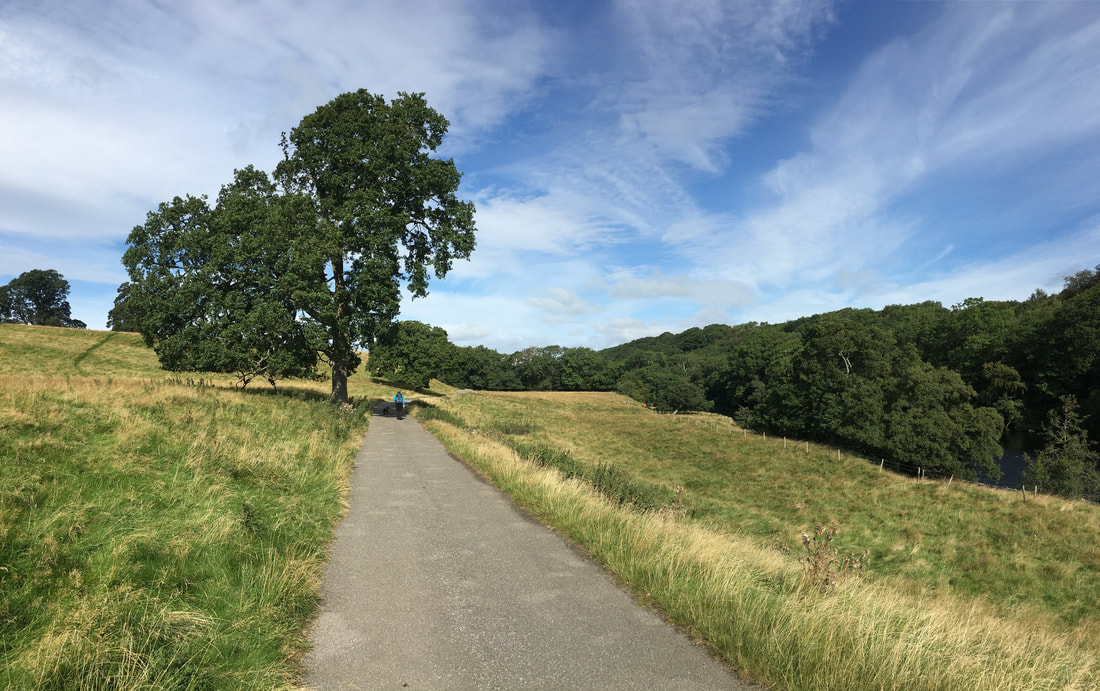 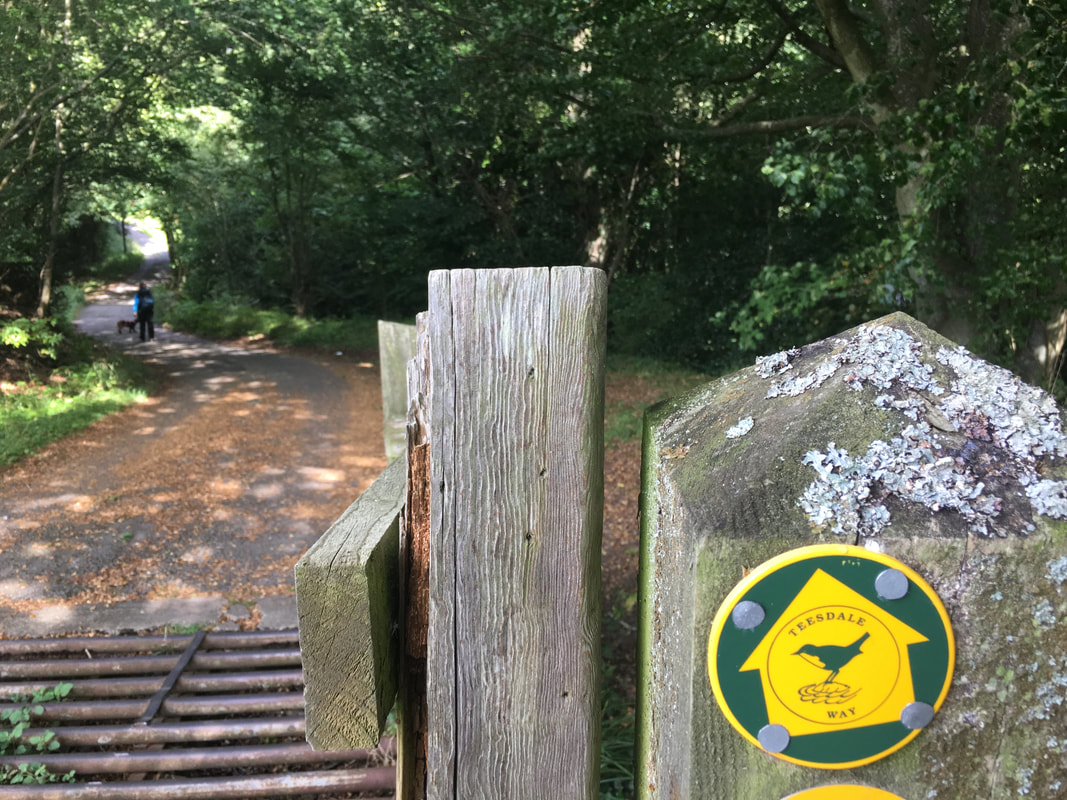 Still on the track the route heads through Pecknell Wood 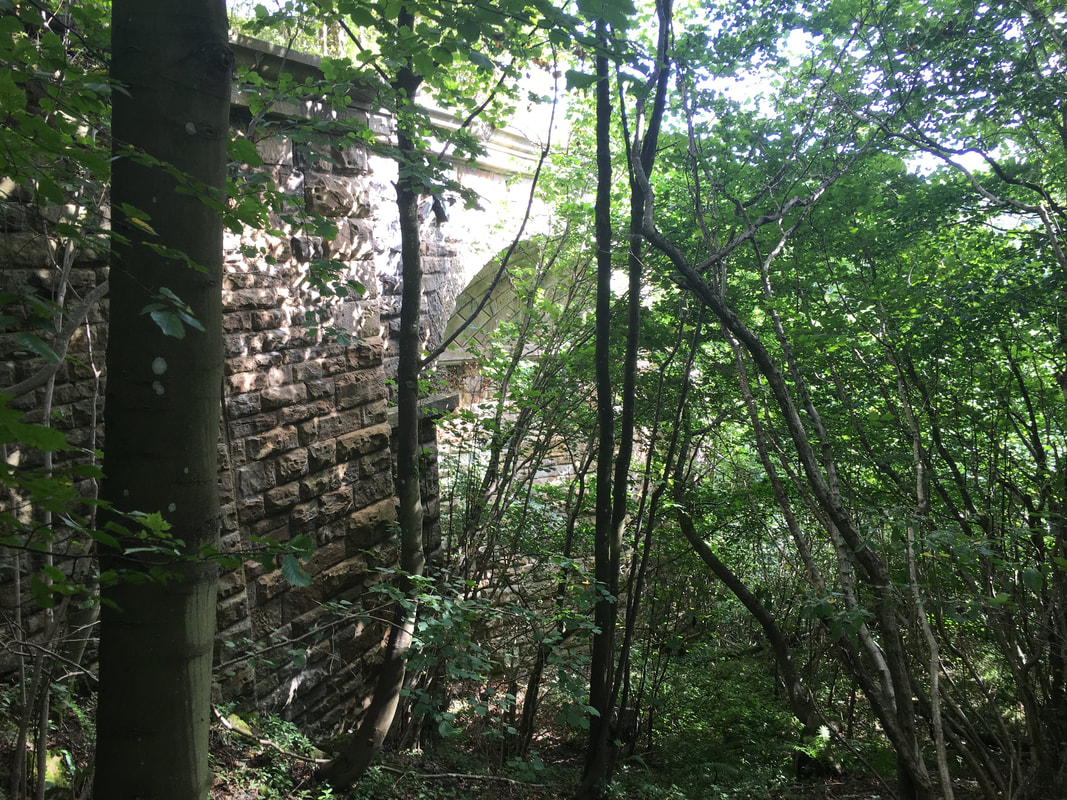 The track is soon left and we then continued on through the woodland.
​To the right and partly hidden by the undergrowth, was the large stone structure of the railway viaduct that used to cross the river at this point. 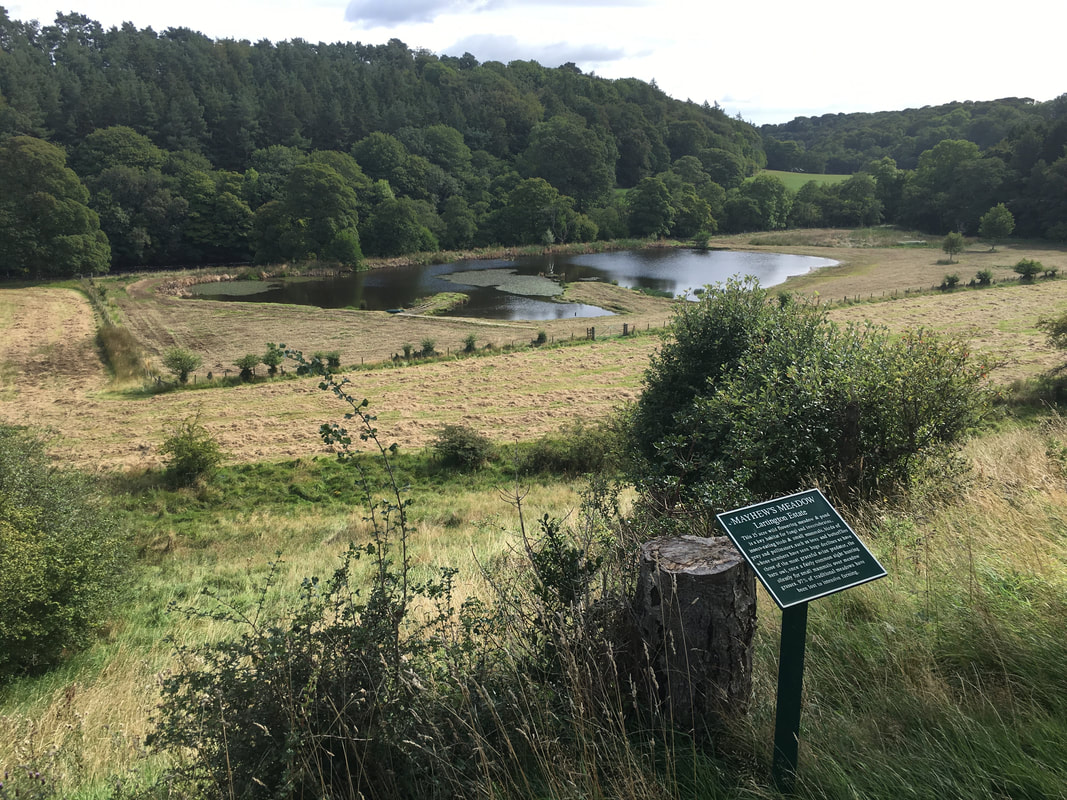 Mayhew's Meadow on the Lartington Estate
The area consists of 15 acres of wild flowering meadow and pond. It is a vital habitat for fungi, invertebrates, insect-eating birds, small mammals, birds of prey, and pollinators such as bees and butterflies. 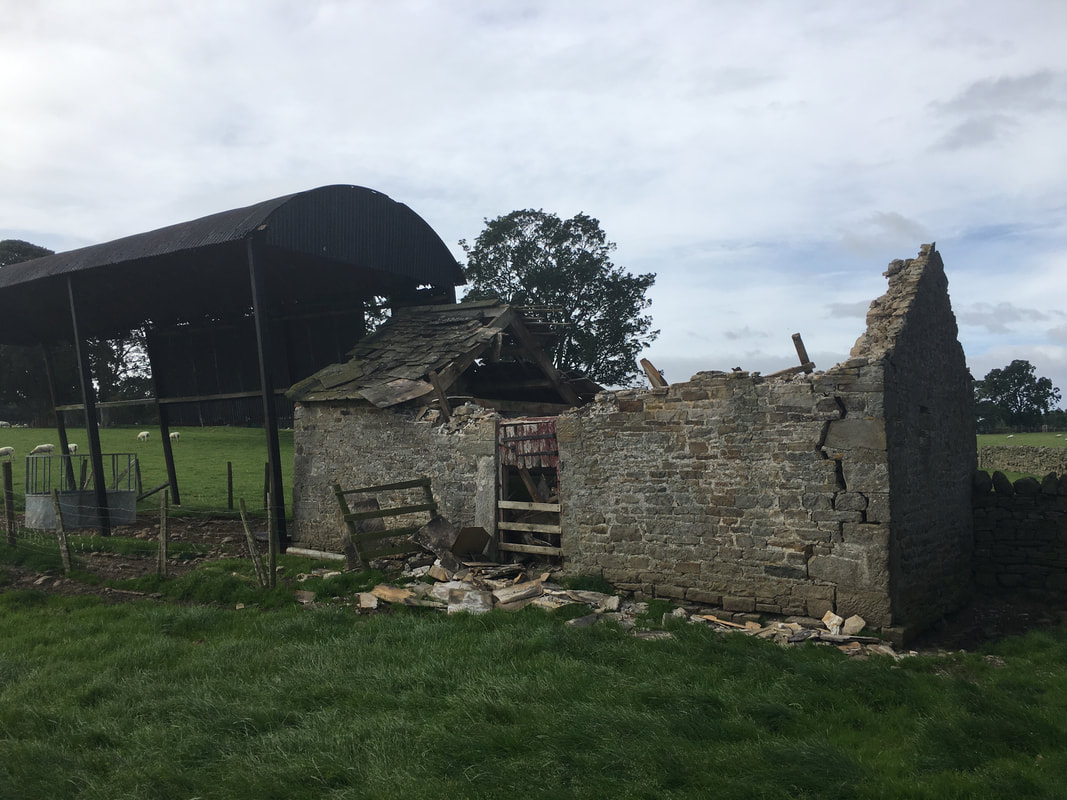 Needs a bit of work 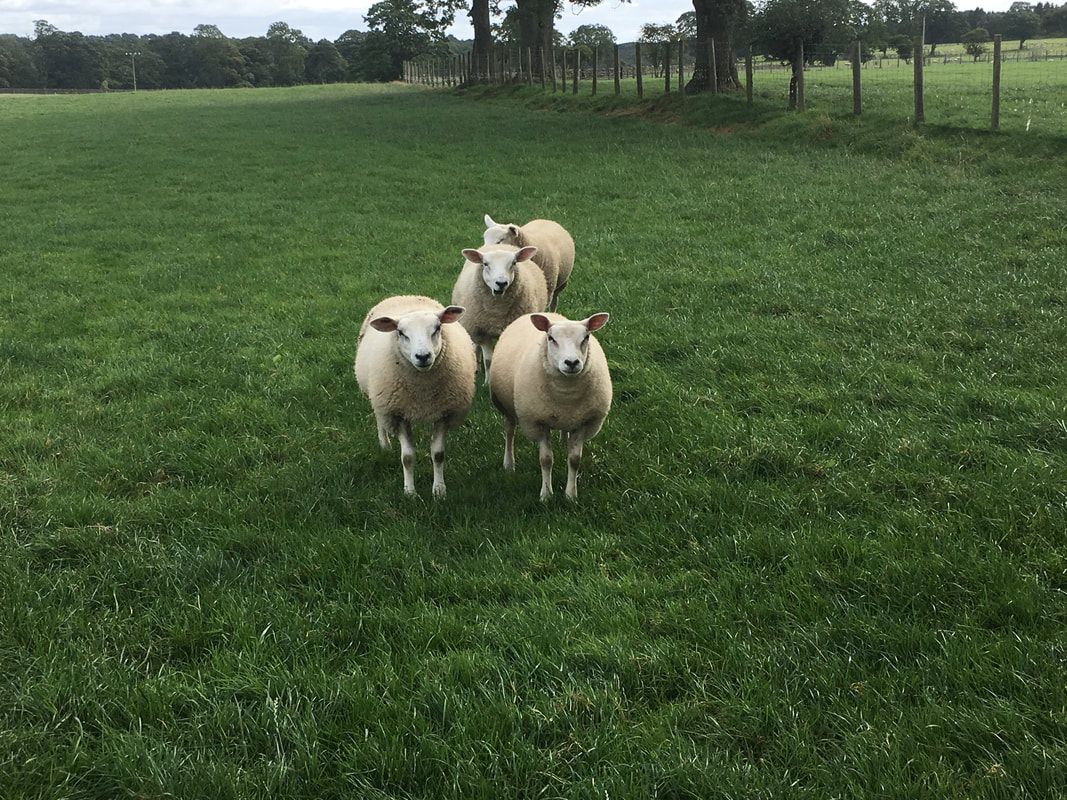 This little mob were very inquisitive 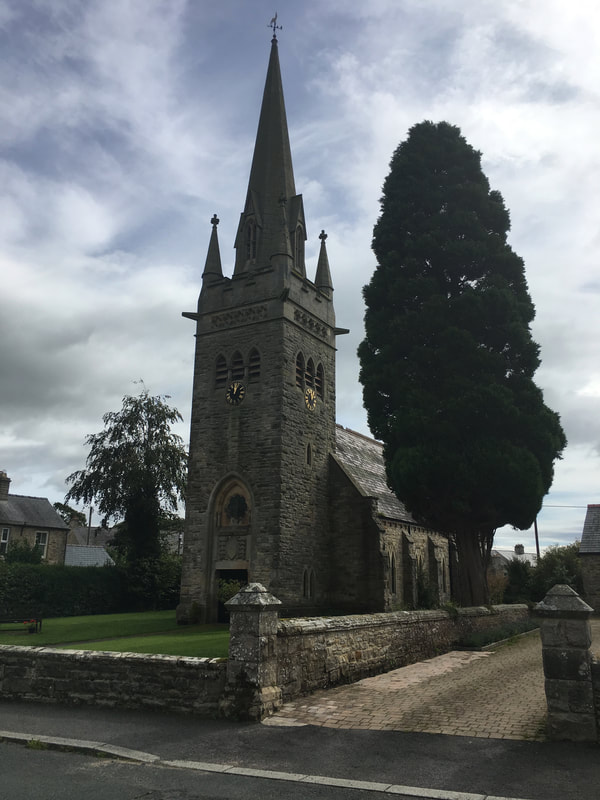 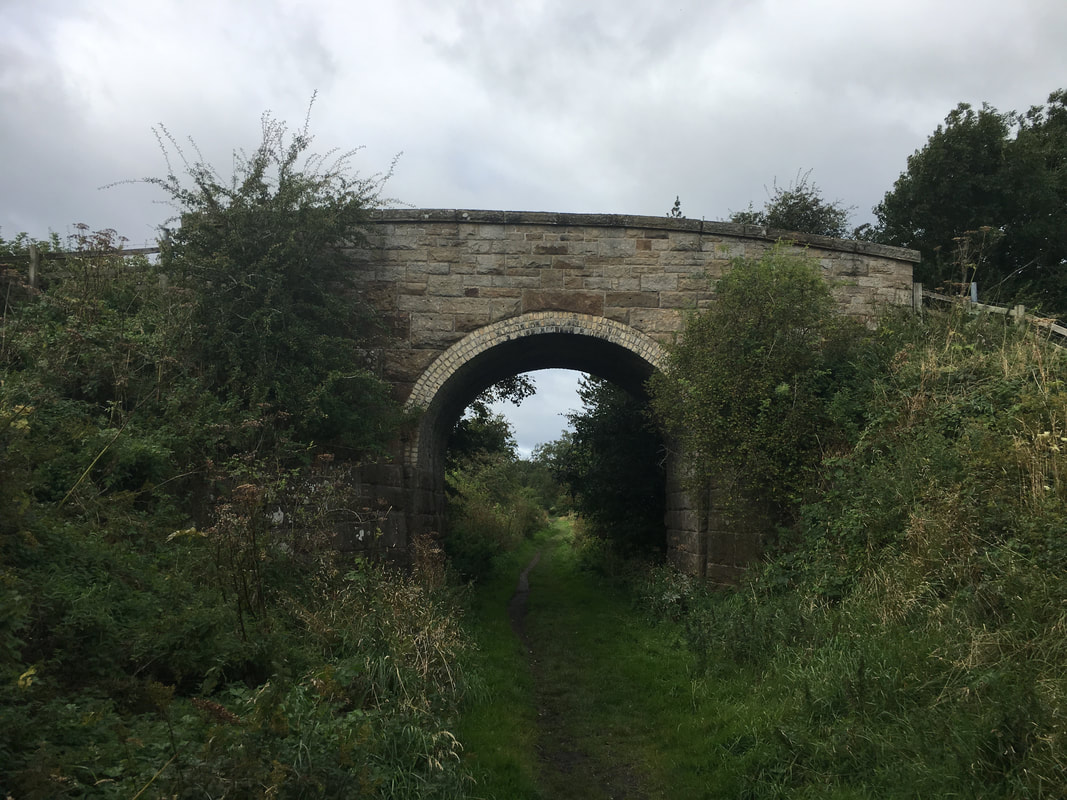 Passing through a lovely old railway bridge near Romaldkirk 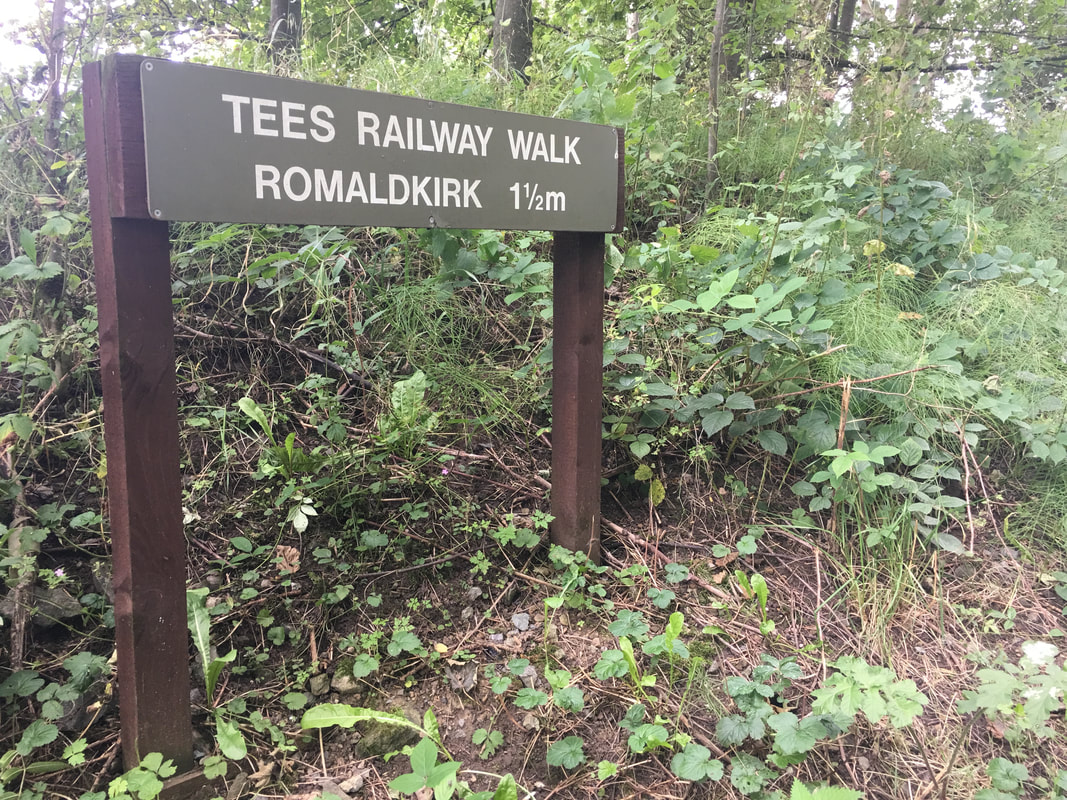 West of Cotherstone we joined the Tees Railway Path
The Tees Valley Railway was the remnant of a scheme for a line from Barnard Castle to Alston. It was opened in 1868 by an independent company and was taken over by the North East Railway in 1882. The line closed in 1964. Part of the line is now a lovely 6 mile walk from Lonton near Middleton-in-Teesdale to Lartington near Barnard Castle. 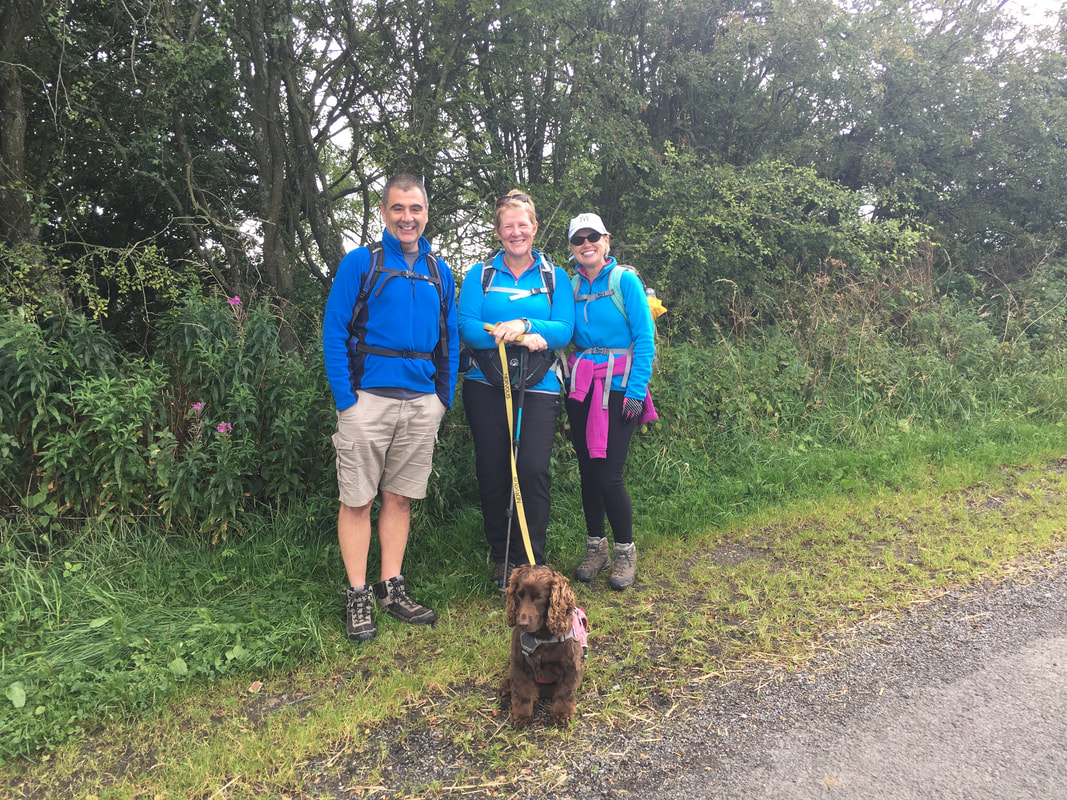 This picture just proves what a small world we live in. Approaching Romaldkirk who should we bump into but Michelle & Andrew who we first met when we walked the Coast to Coast in 2016. 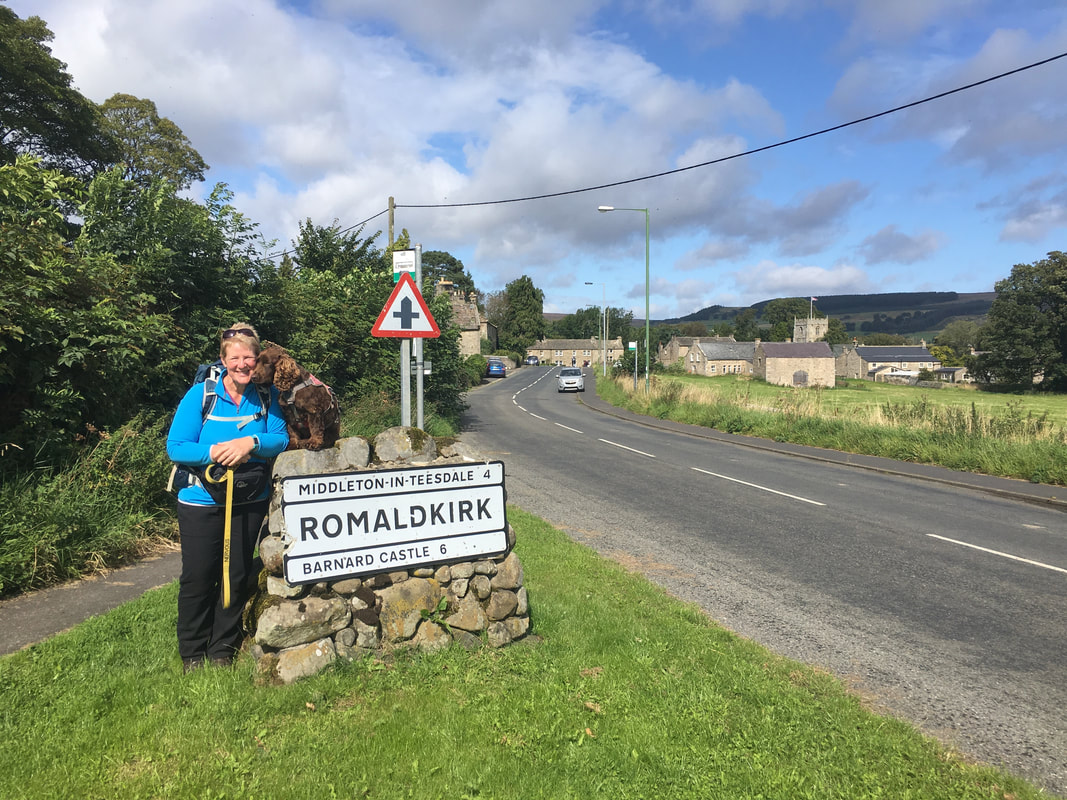 Entering the delightful village of Romaldkirk 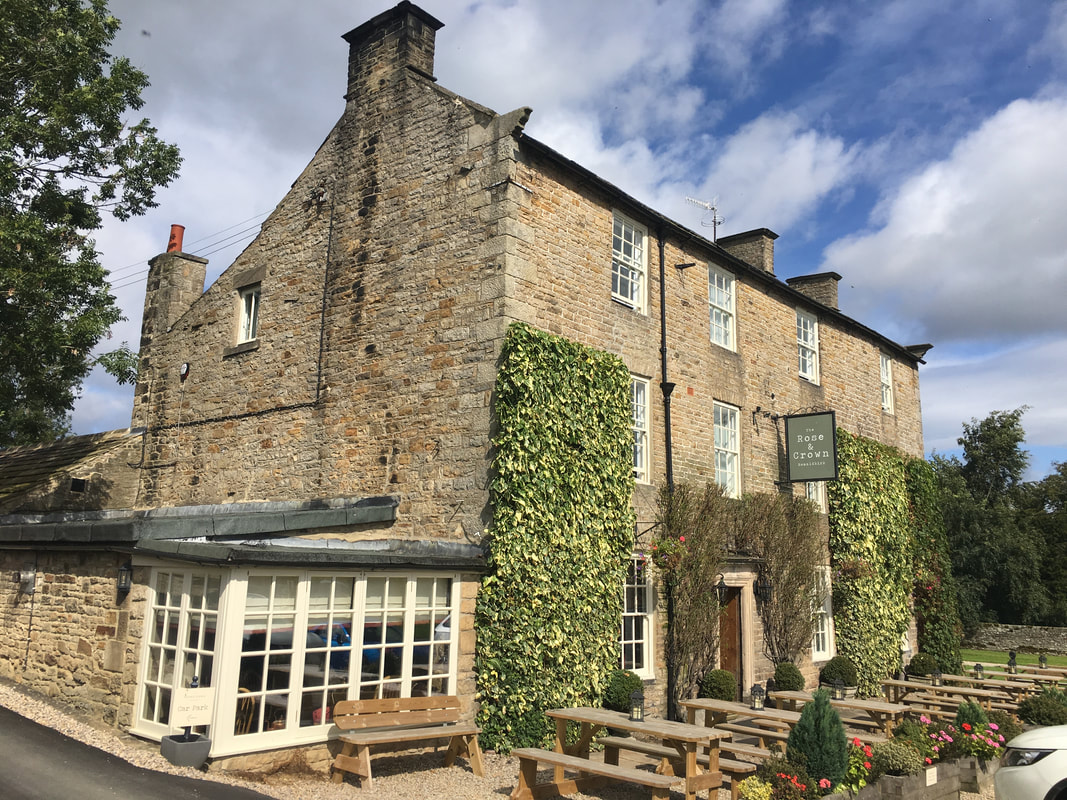 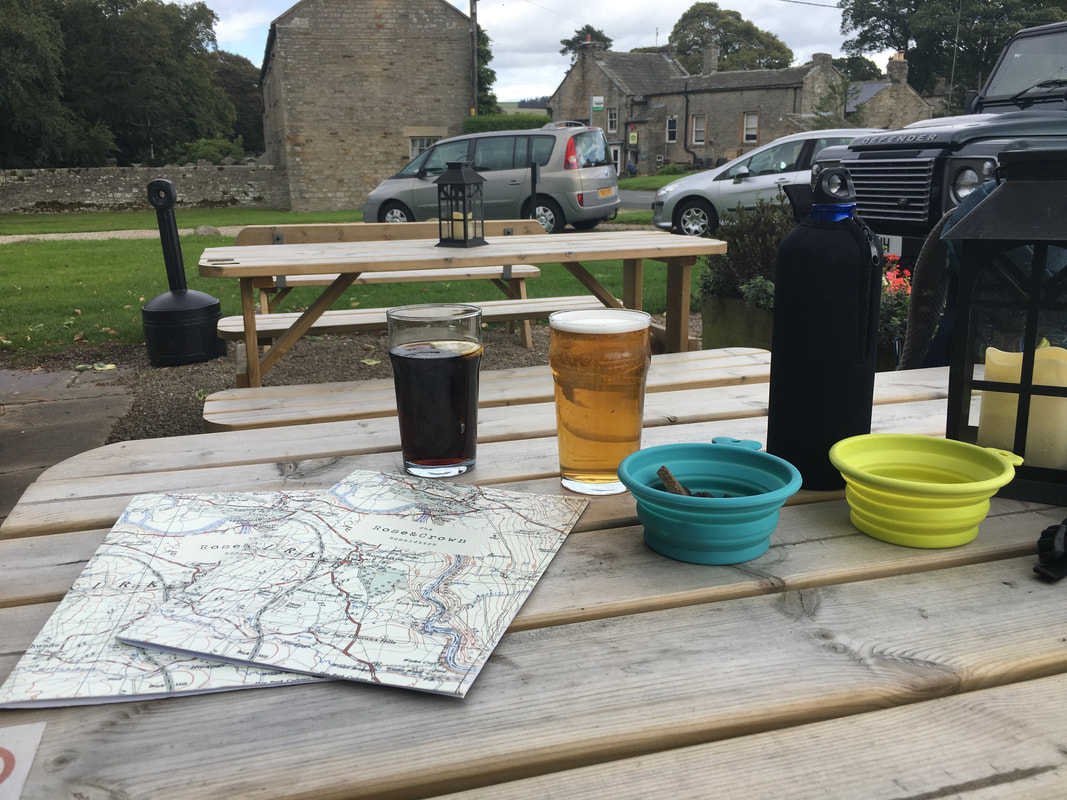 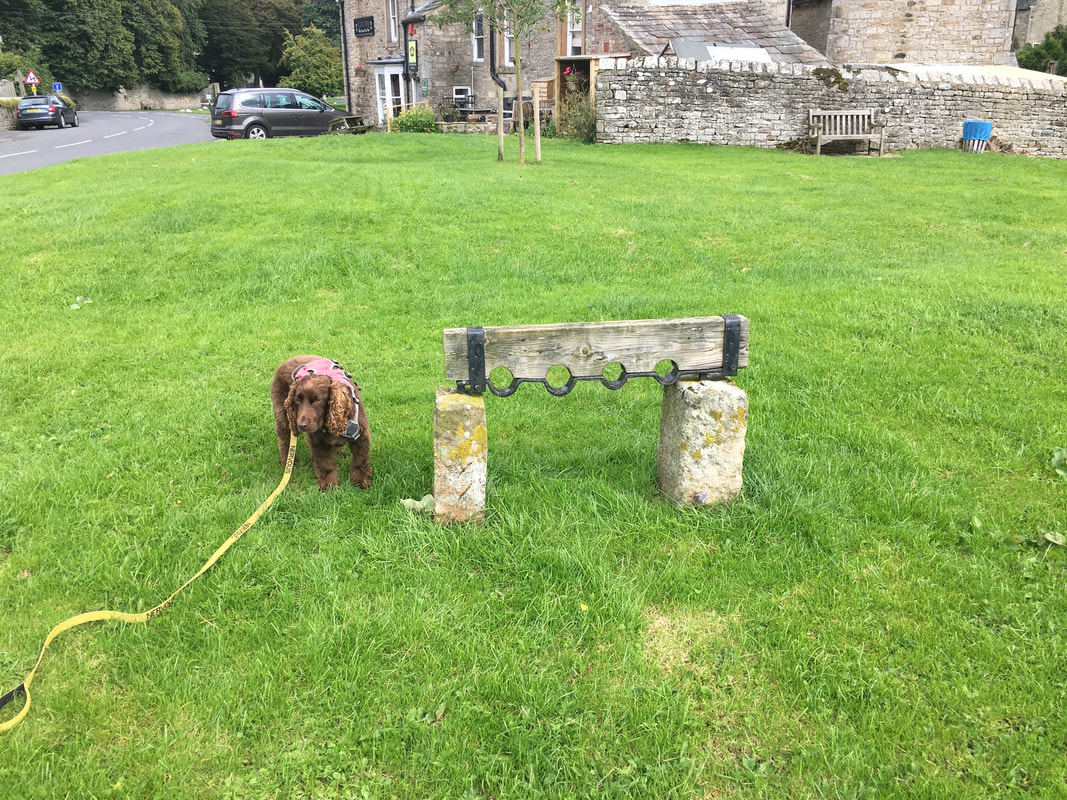 The medieval stocks on the village green in Romaldkirk.
​Fudge had been a good boy today therefore there was no need to put him in them. 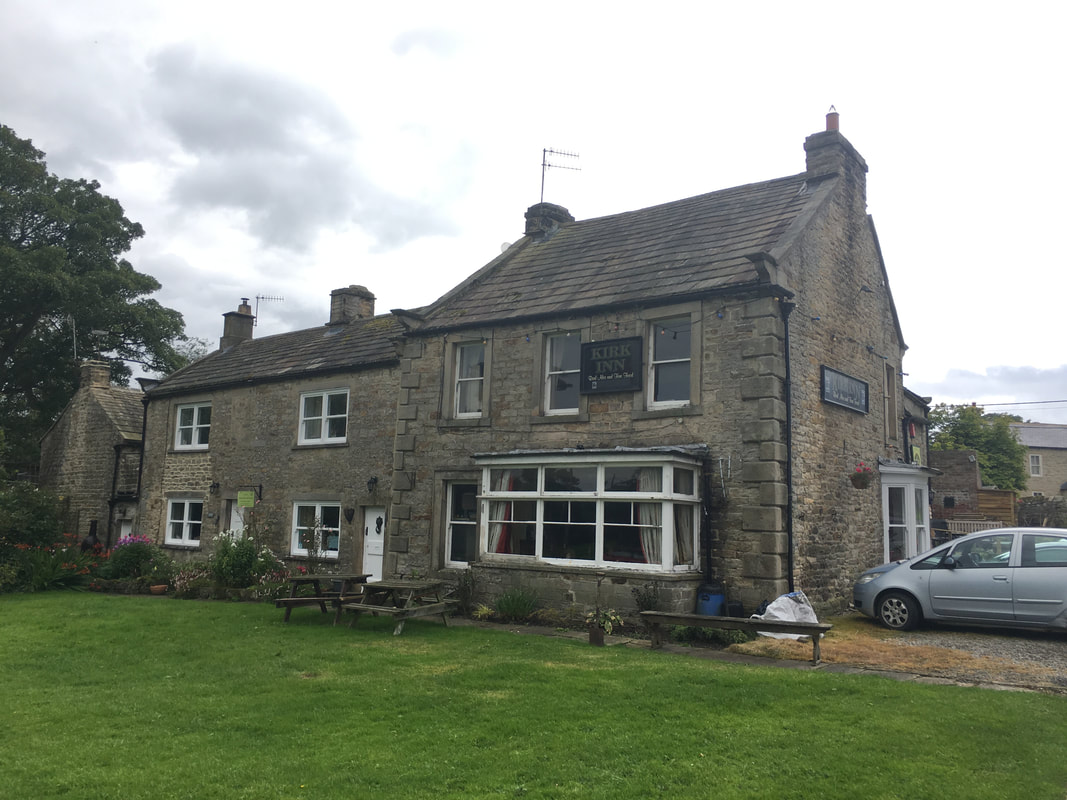 The Kirk Inn at Romaldkirk.
Alfred Wainwright stayed here during his Pennine Journey walk of 1938. 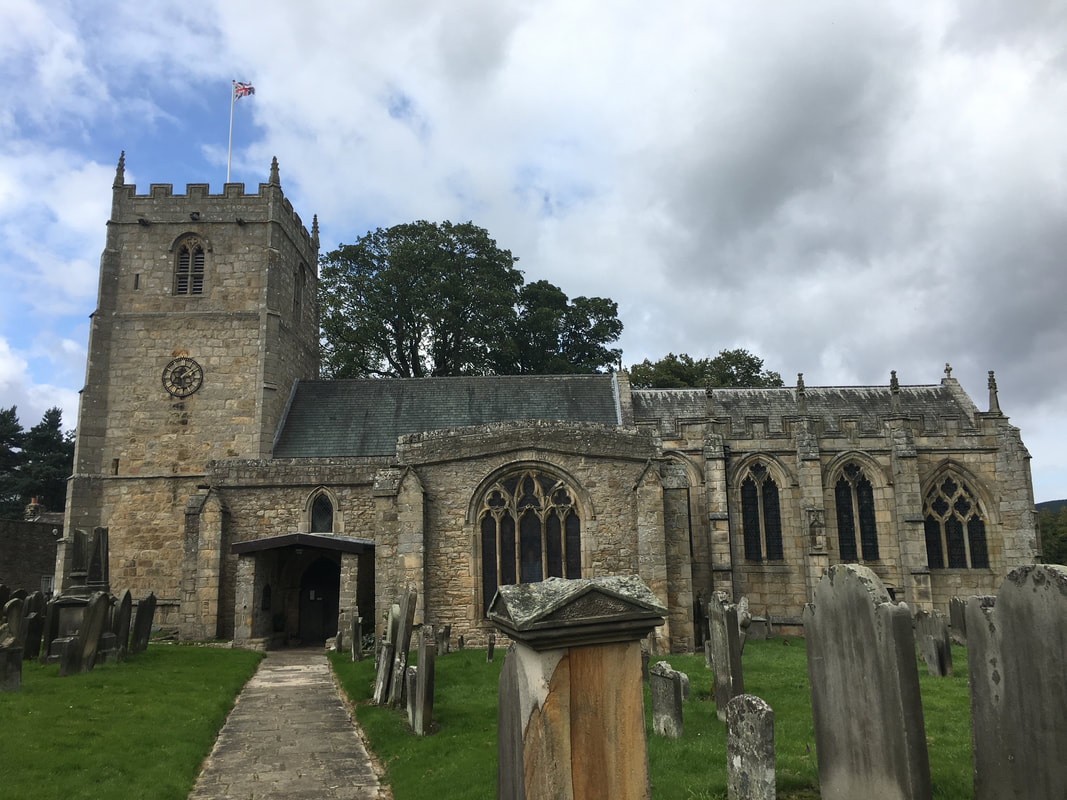 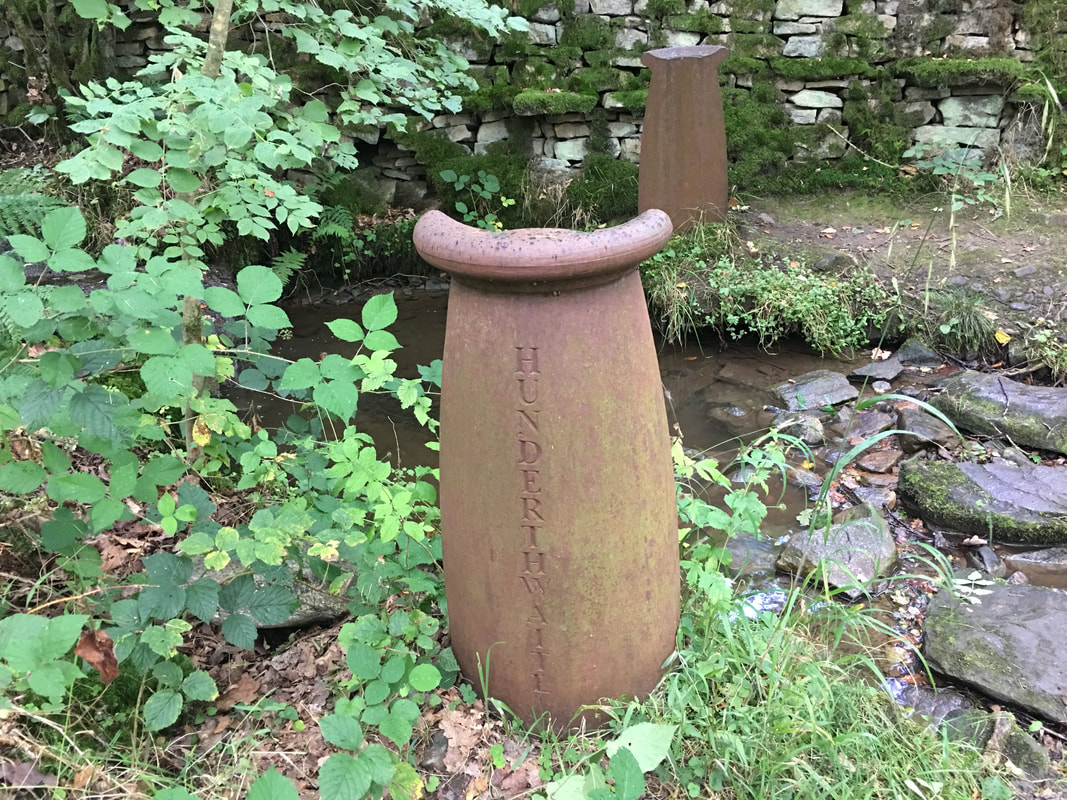 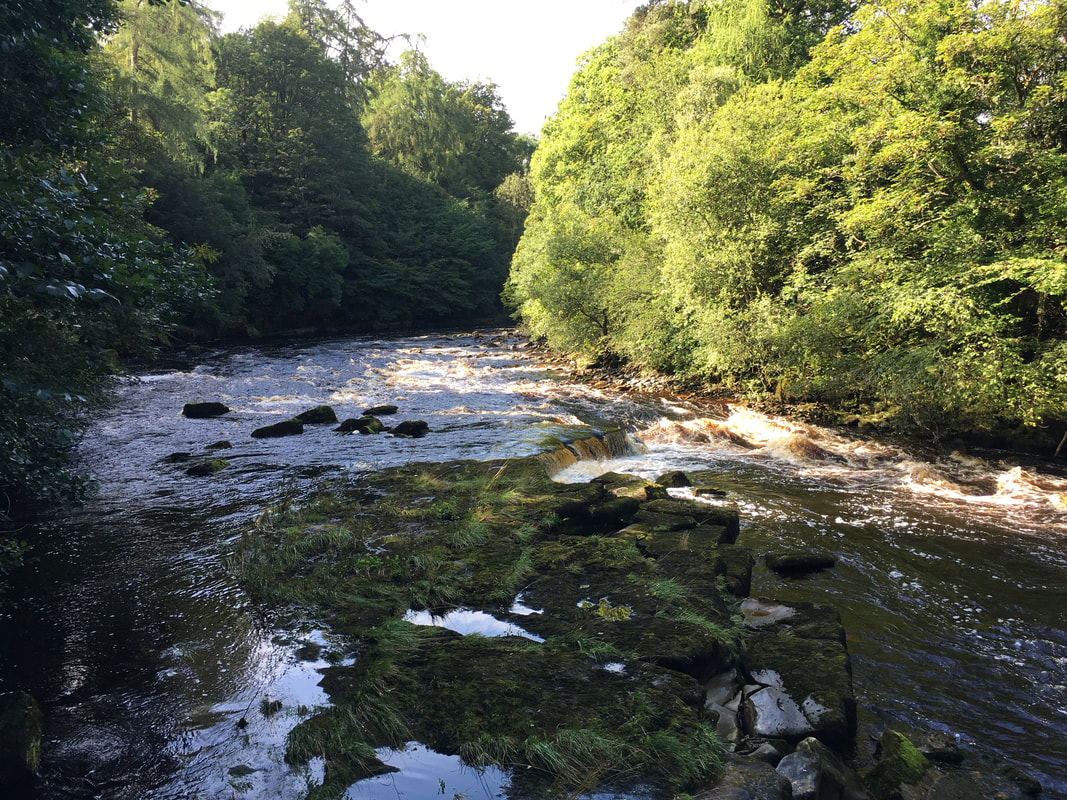 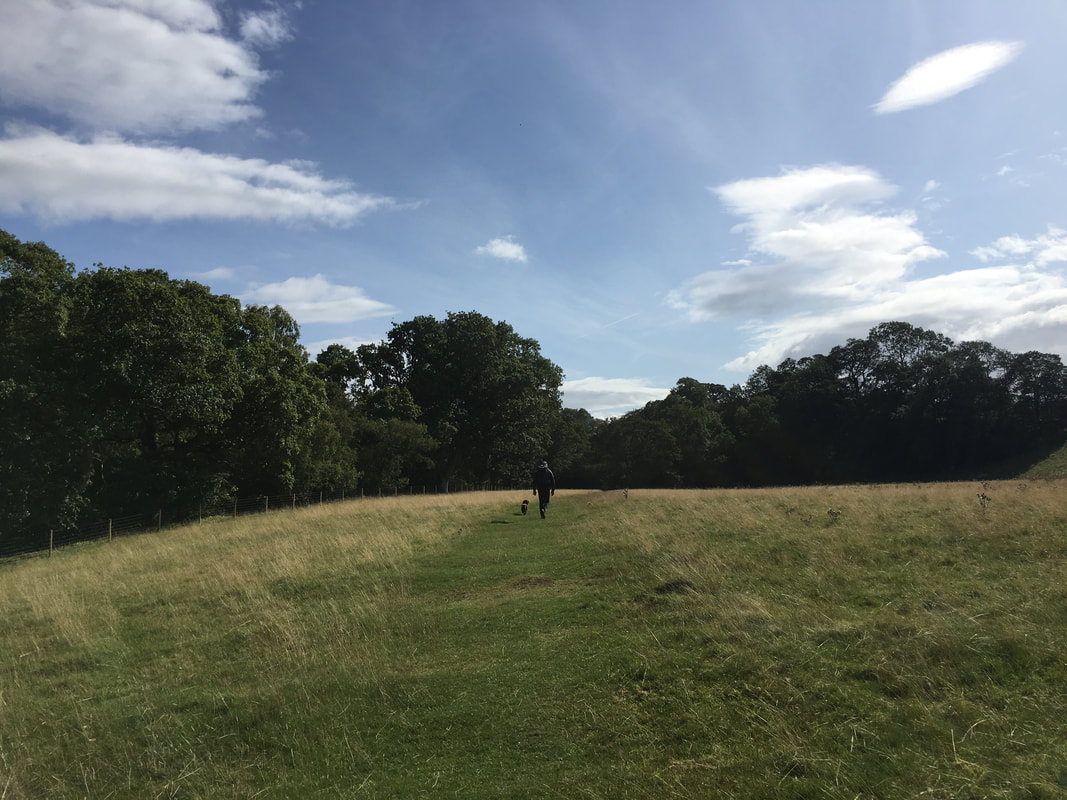 The path continues to hug the western bank of the Tees and we would shortly be crossing over to the eastern side. 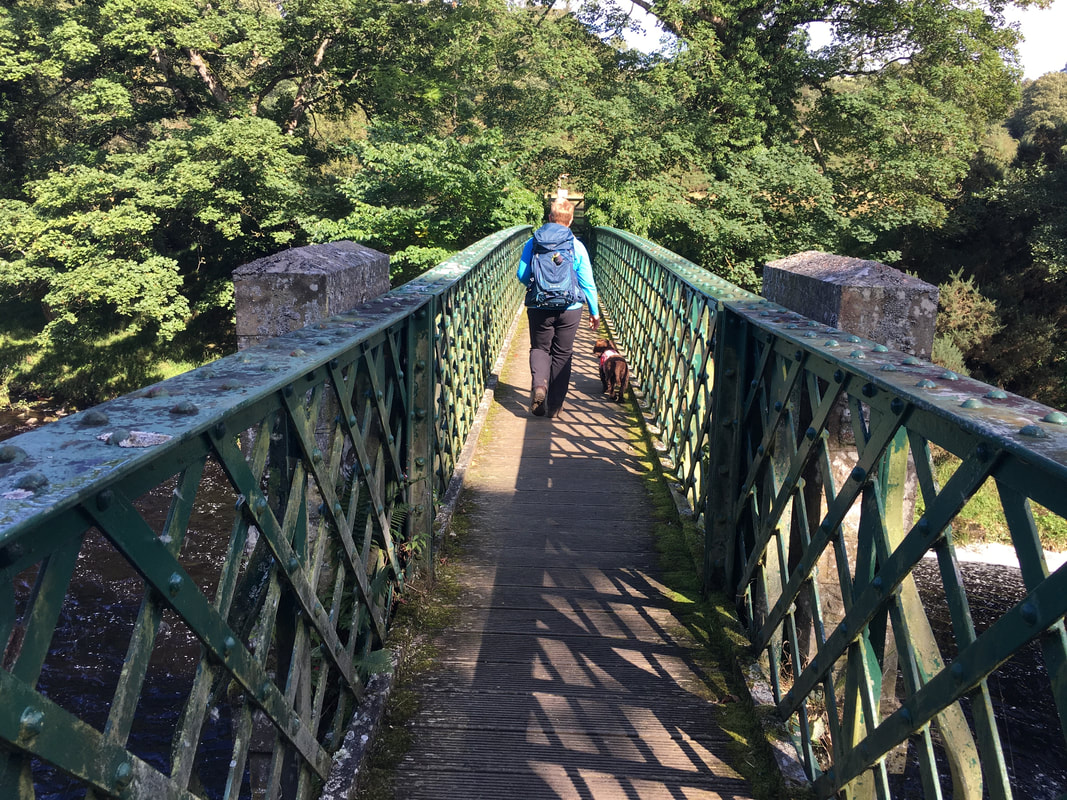 Crossing the Balder Pipe Bridge over the River Tees near Cotherstone 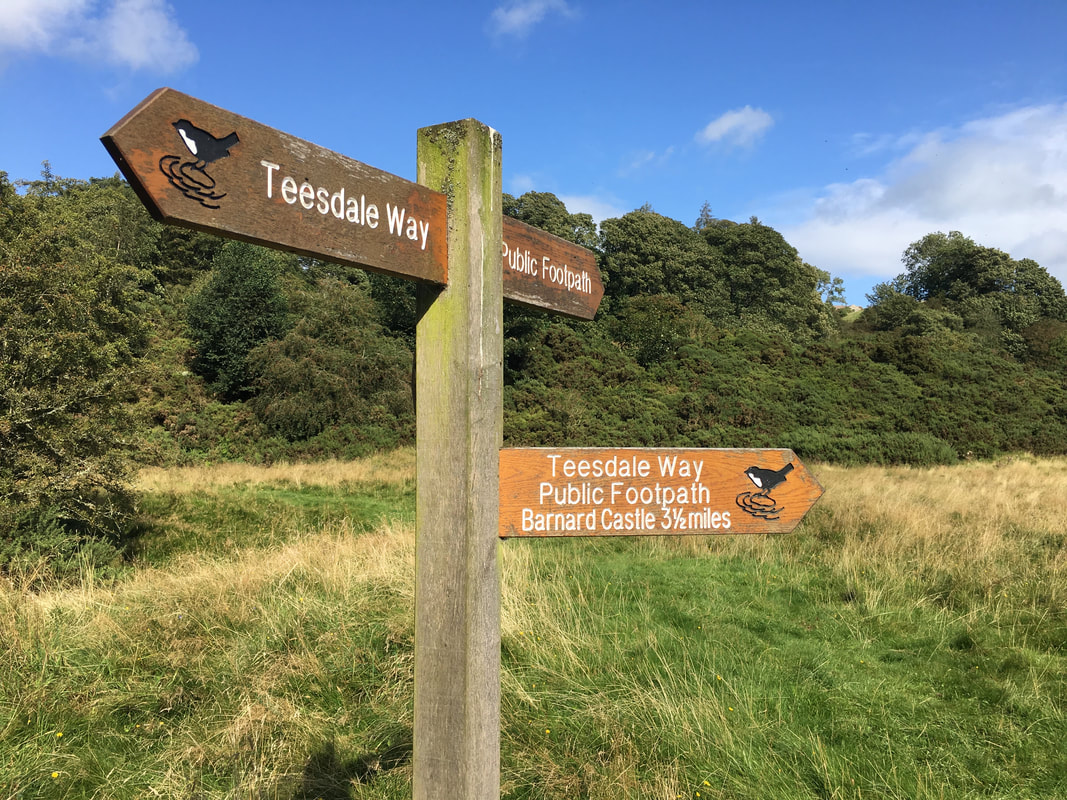 The 3 and a half mile walk from here to Barnard Castle was a pure delight....... 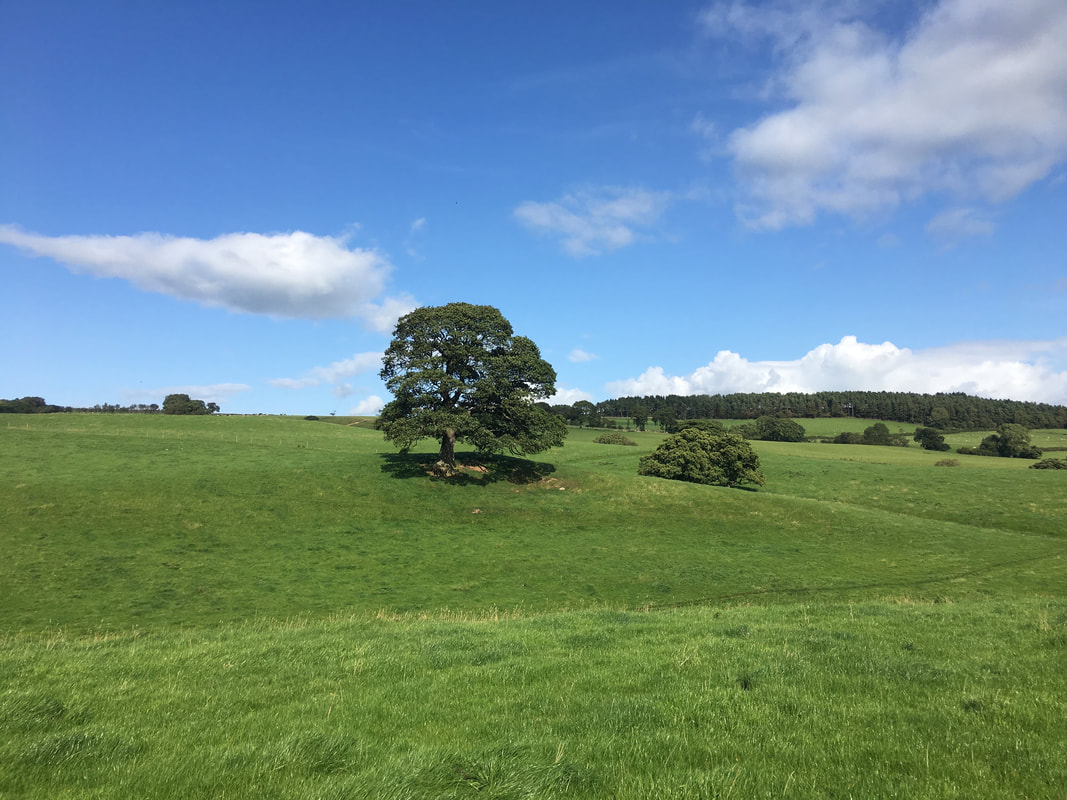 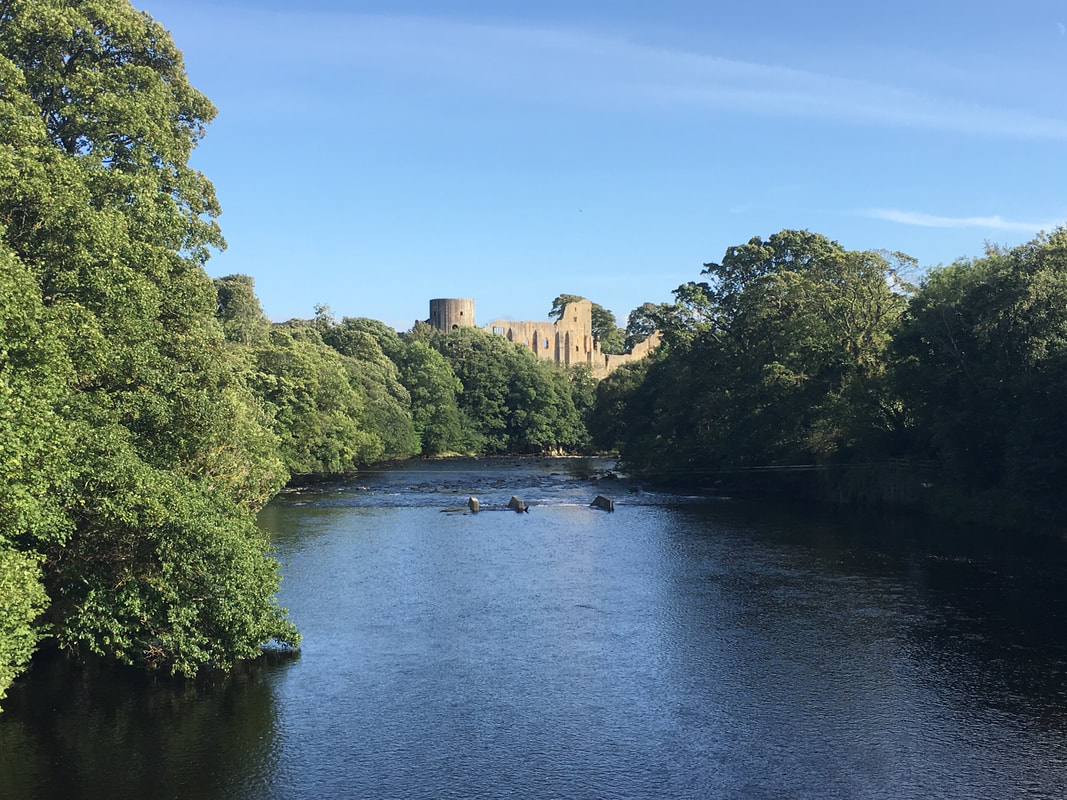 Barnard Castle from the Deepdale Aqueduct 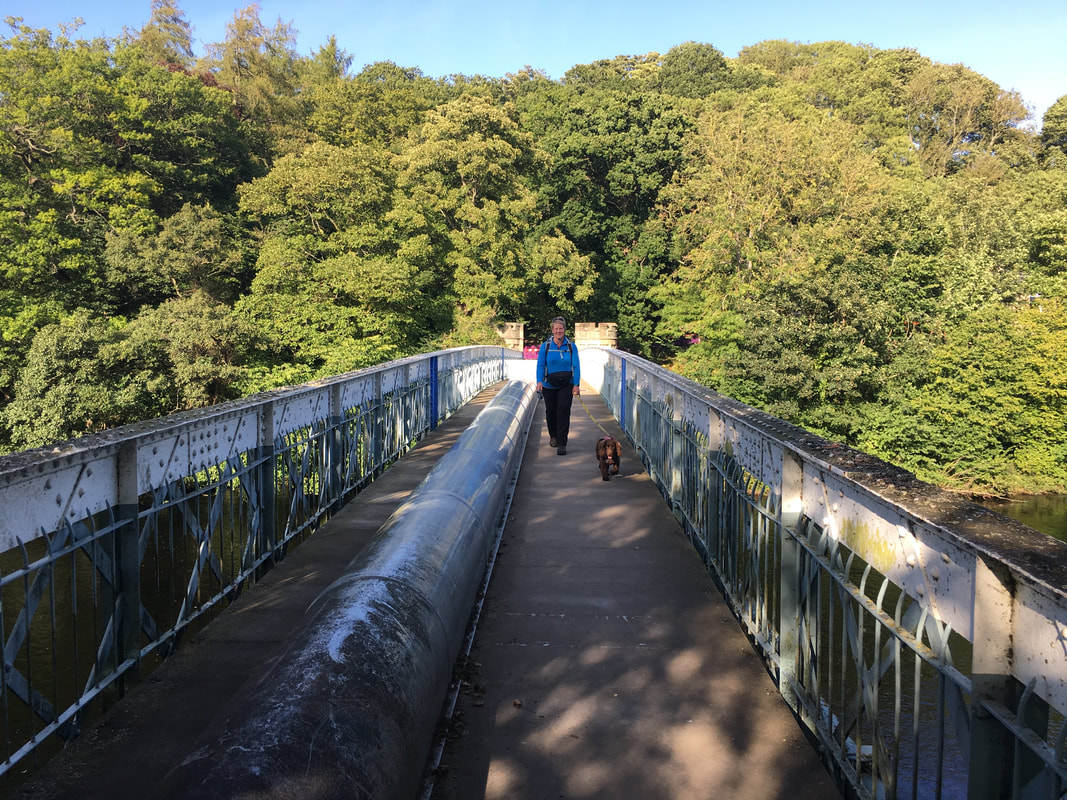 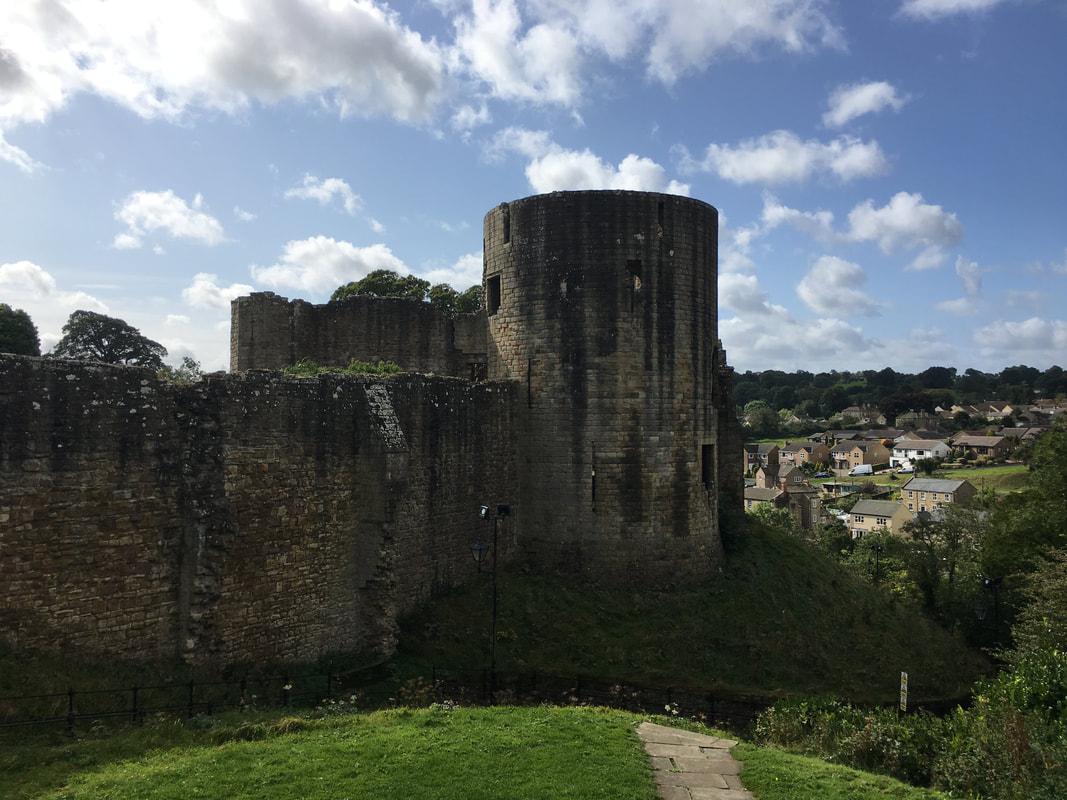 A closer view of Barnard Castle showing the impressive round tower

The castle itself dates back to Norman times and was built by Bernard Balliol between 1112 – 1132. His father, Guy de Balliol, came to England with William the Conqueror’s invading army and, around 1093 was given the land by William Rufus. The fortress – ‘Bernard’s Castle’ – like the Roman forts before it, became a focus for settlement and the town of Barnard Castle developed around it. The Castle remained an important stronghold until 1569 and the ‘Rising of the North’ saw it besieged by the supporters of Mary Queen of Scots. For eleven days Sir George Bowes of Streatlem held the fort for his sovereign, Elizabeth I, before being forced to surrender it.
Home