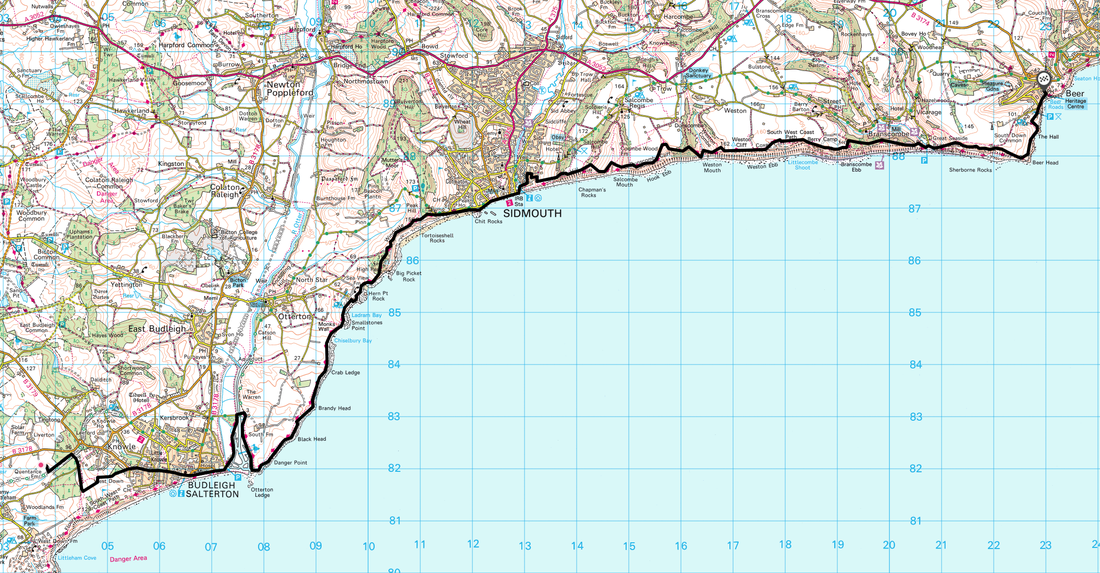 The first of two very long walking days therefore a couple of weeks ago we decided to use a baggage transfer company for the next two legs.  We used www.luggagetransfers.co.uk/south-west.html - a very professional outfit who are well used to transferring baggage along the entire route of the path. Therefore, whilst the next two days were long and undulating, we would have light packs thankfully.

An ok stay at Quentance Farm but the accommodation was less than satisfactory on the cleanliness front unfortunately. Angie woke up with a bit of prickly heat this morning but other than that we were both in fine fettle - even Fudge.  From the farm, rather than regain the path via the Golf Course we headed inland and rejoined the route on the outskirts of Budleigh Salterton which is a pleasant little village and close to East Budleigh which was the birthplace of Sir Walter Raleigh. The cliff top walking between Budleigh and Sidmouth was superb and in complete contrast to yesterday - lovely views both ways.

Sidmouth was very busy and as we were already roughly half way to Beer, we decided to stop for lunch at The Fort Cafe. Lunch over, it was a tough pull out of Sidmouth and along this particular section were constant reminders of how erosion is affecting the path and coastline.  Following a swim in the sea for Fudge at Weston Mouth Beach we met up with a friend of ours Ali and her two Working Cocker Spaniels, Tilly & Pickle. The section from Weston Mouth Beach to Branscombe Mouth is one to savour and we took our time with the dogs having an absolute ball just mucking about.  After a nice drink at The Sea Shanty Cafe there was another lovely section into the beautiful village of Beer where we deposited ourselves at The Dolphin pub for post walk drinks and we were joined by Ali's husband Mike.

After Ali & Mike left for home, we enjoyed one of the best Steaks we have ever had when we dined at The Dolphin. Following our meal we staggered the 50 or so yards over to our B&B at Bank House to check in and meet Bob the owner - thankfully our bag had arrived and after a bit of a sort out of kit etc we would sleep very well tonight! 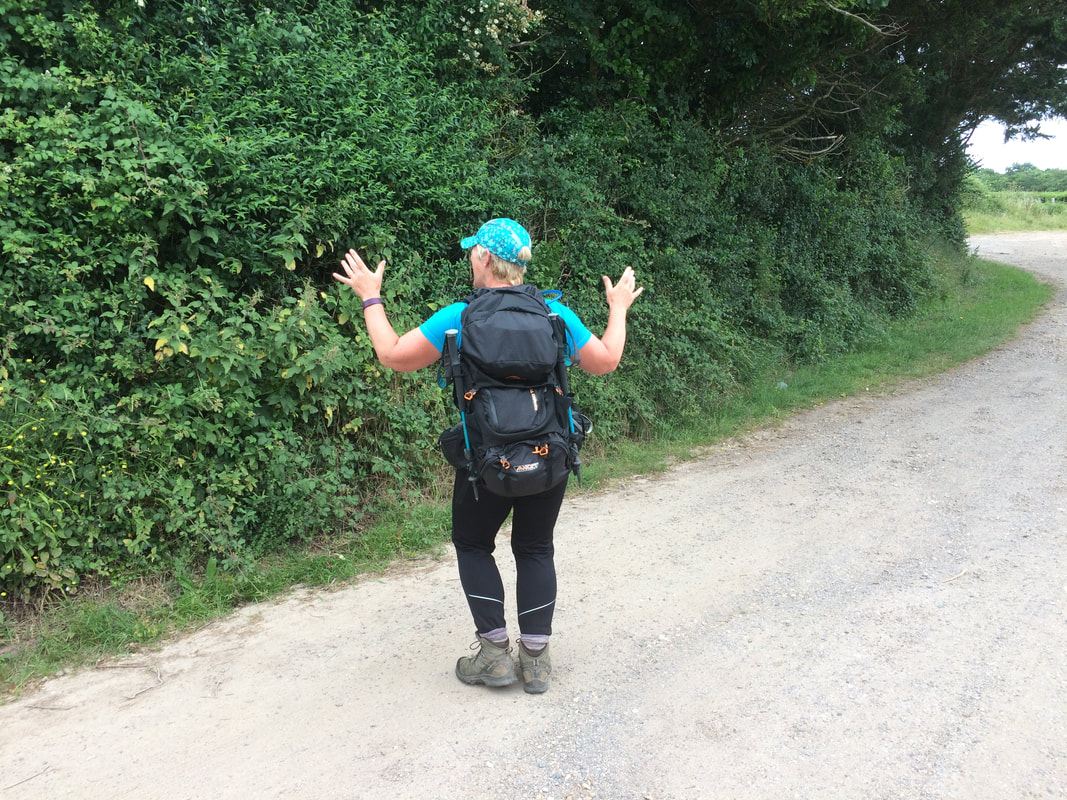 Angie giving us a twirl as she has a light rucksack today (and tomorrow!!) 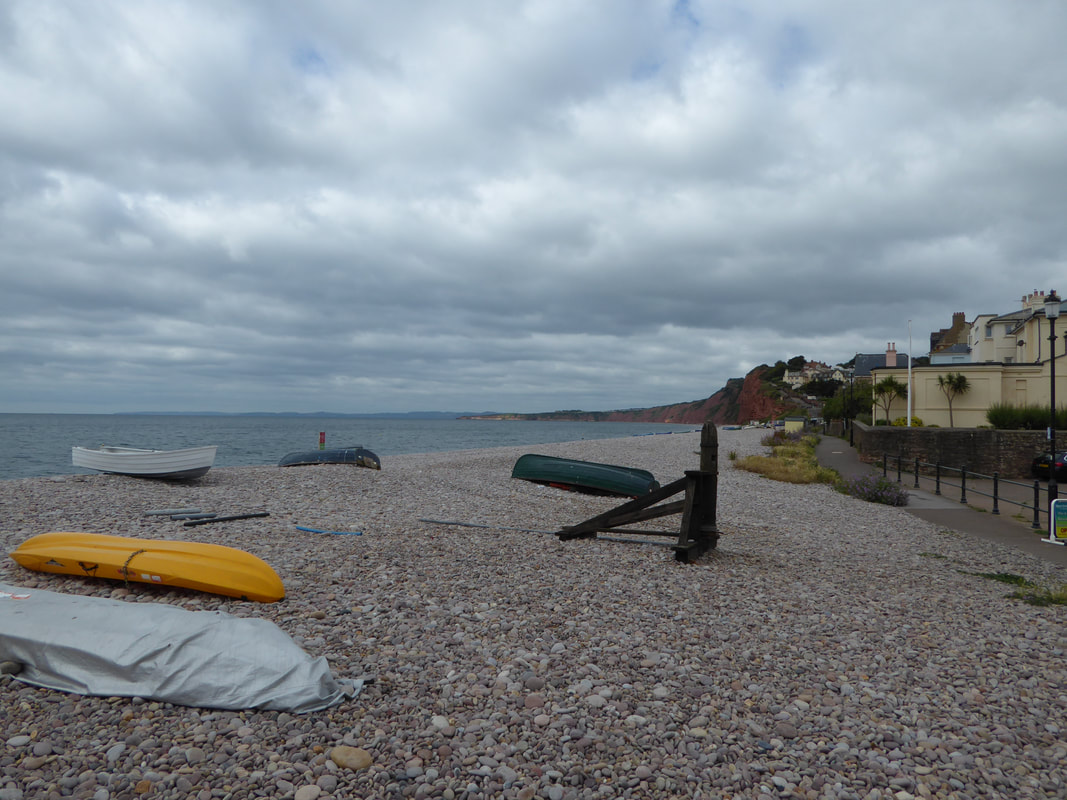 The beach at Budleigh Salterton 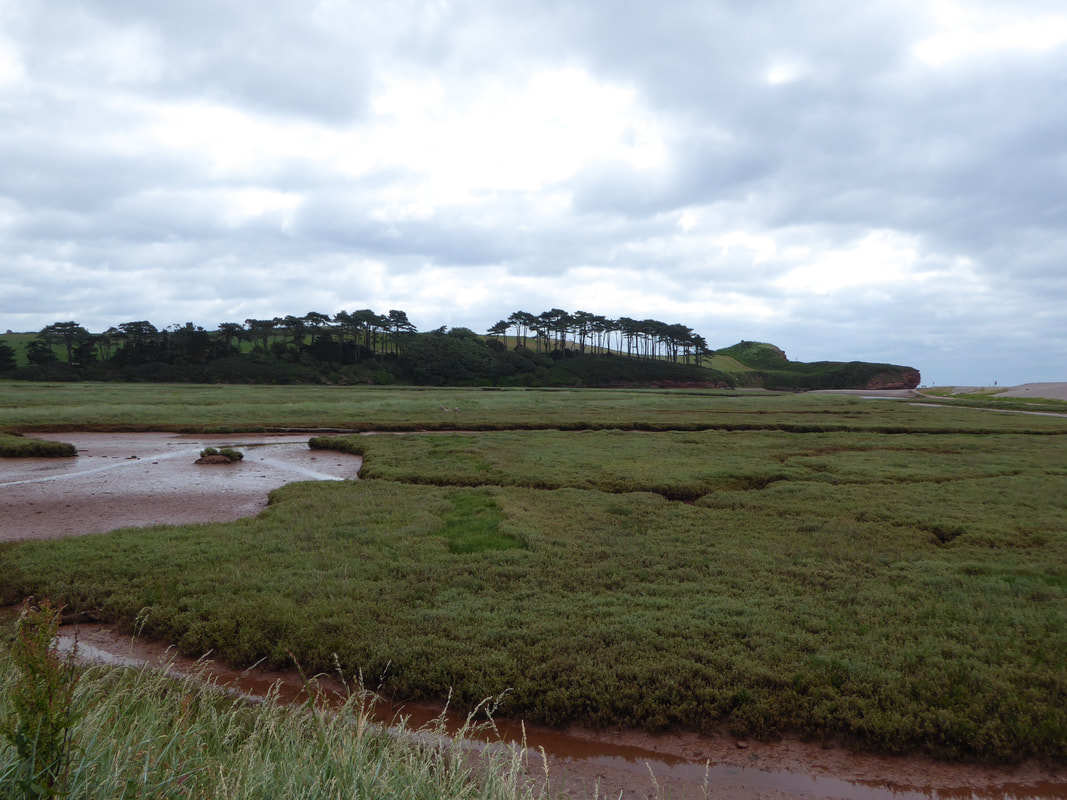 Looking over the Otter Estuary to Otterton Ledge 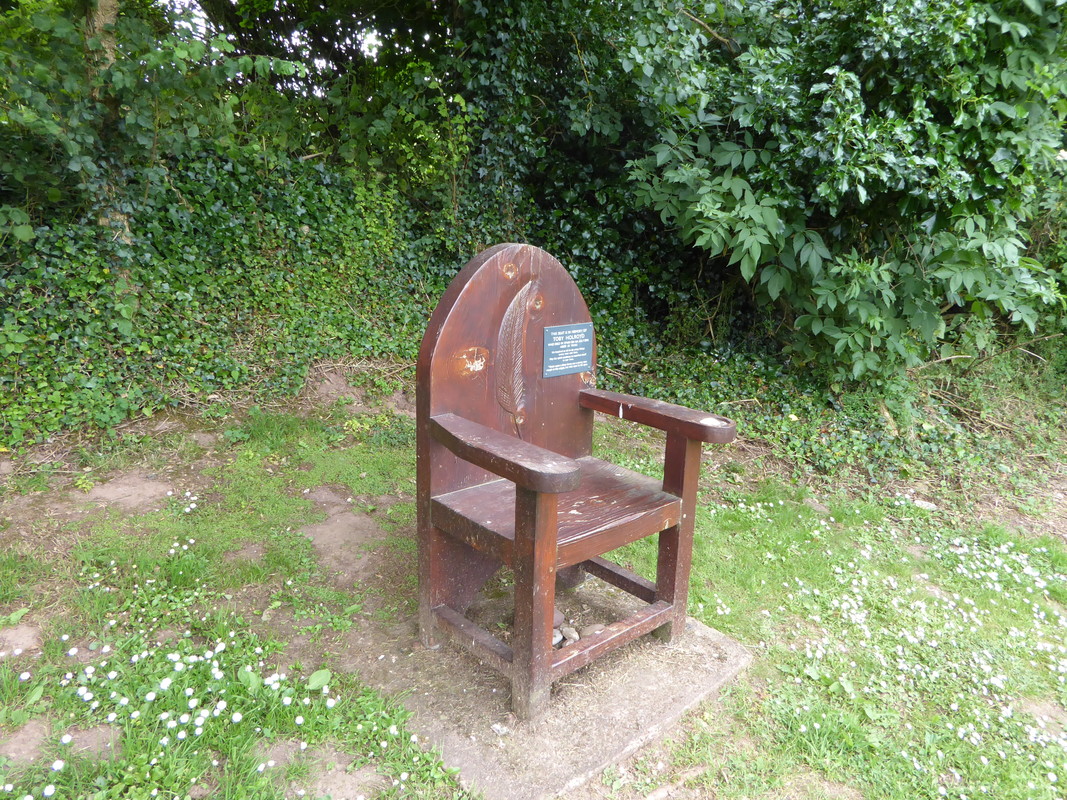 A lovely Memorial Seat to Toby Holroyd near White Bridge. 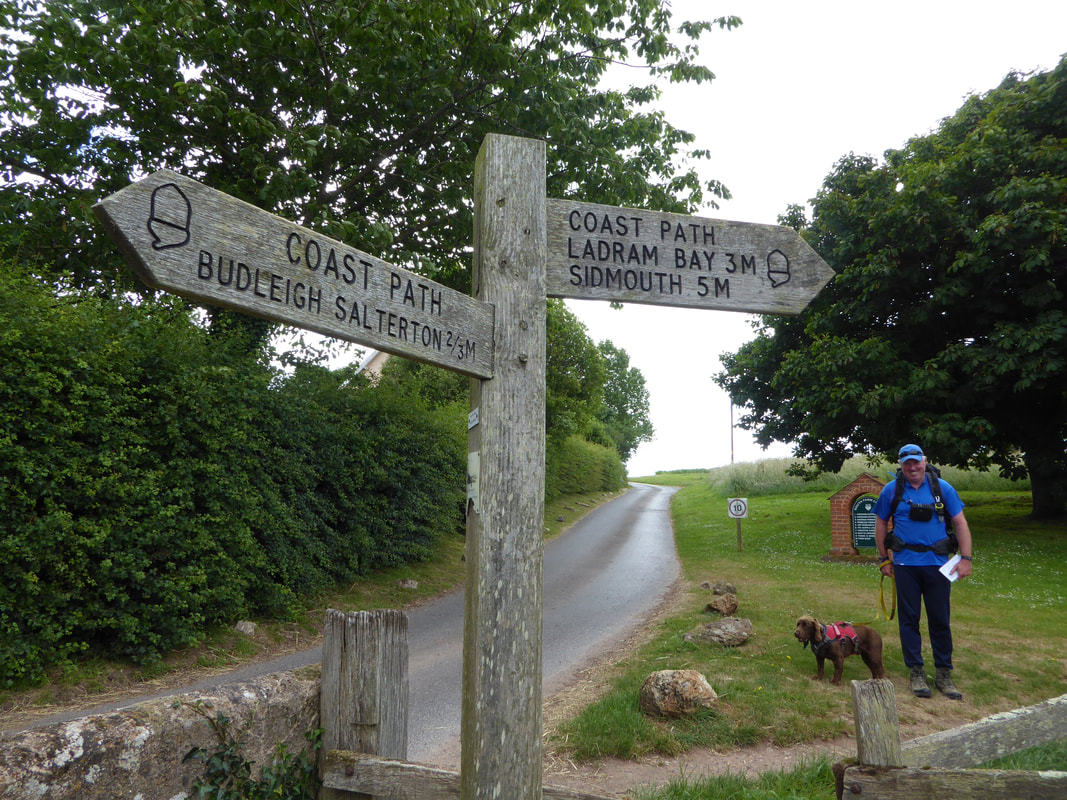 Near White Bridge - next stop Sidmouth for lunch 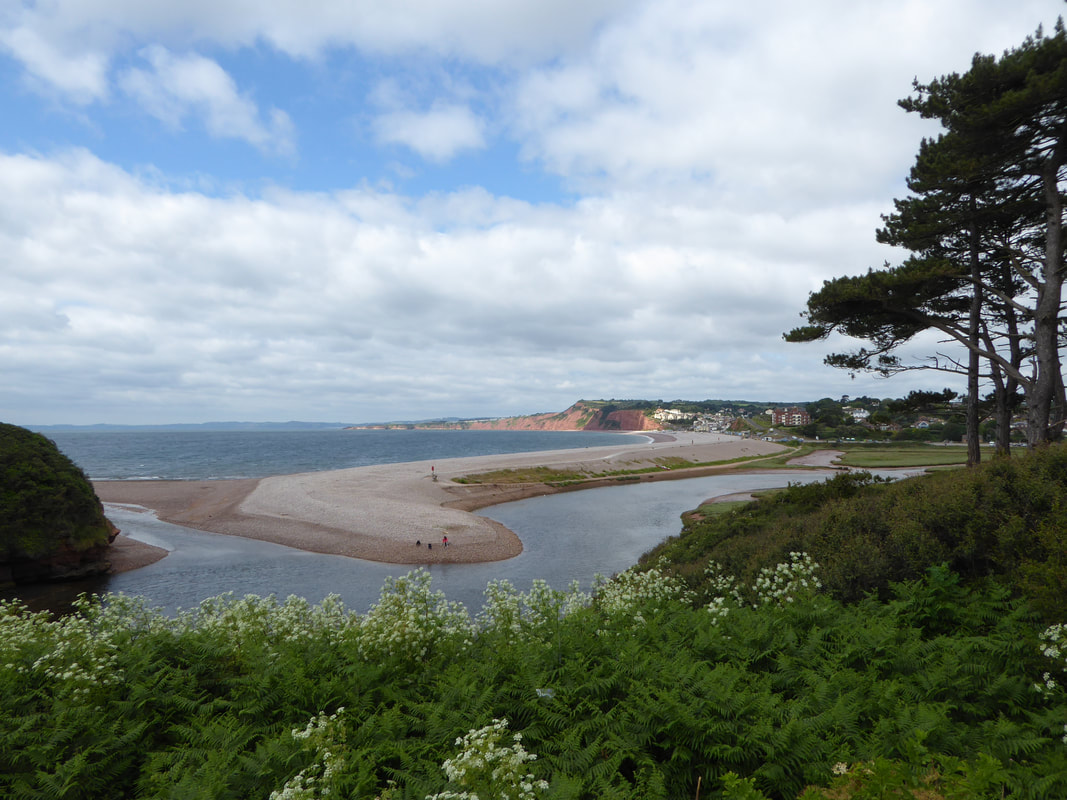 Looking back over to the Otter Estuary & Budleigh Salterton 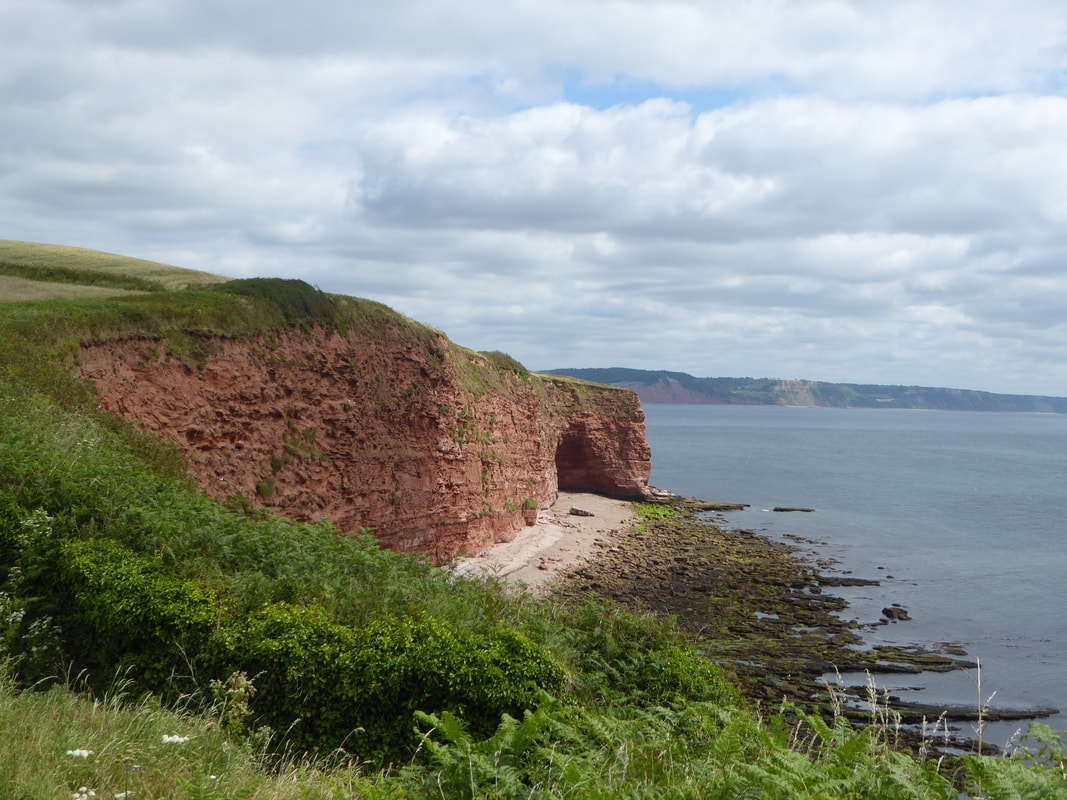 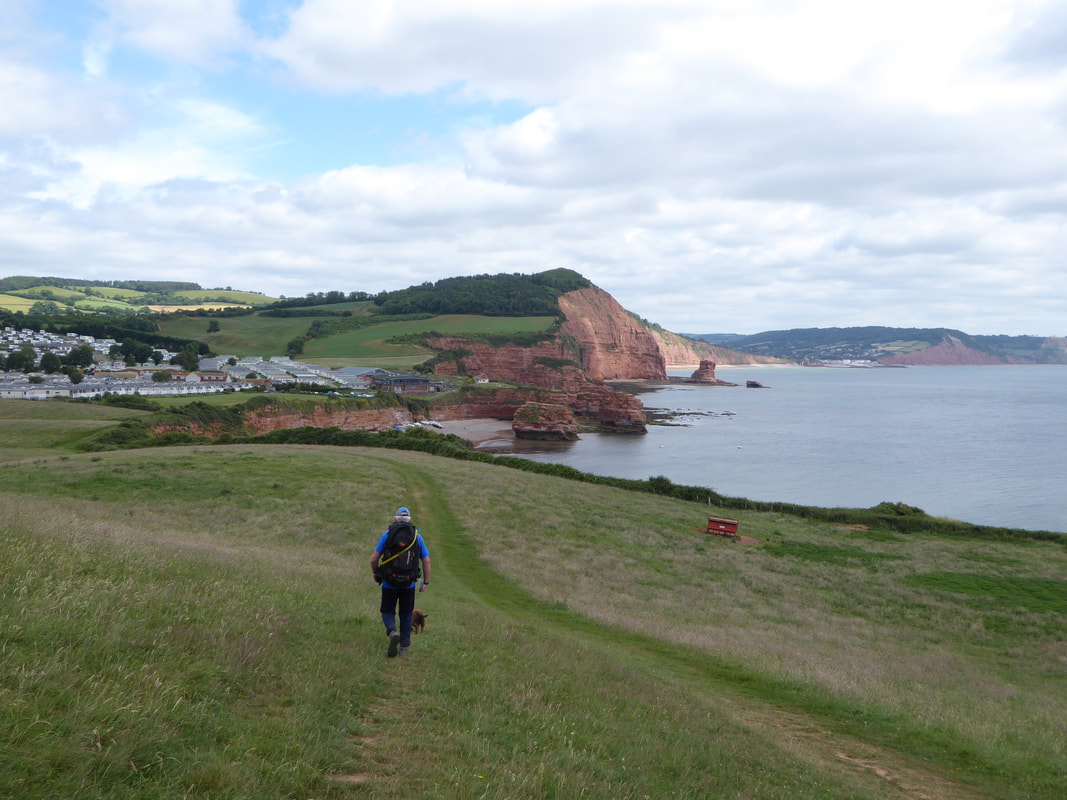 Heading down to Ladram Bay 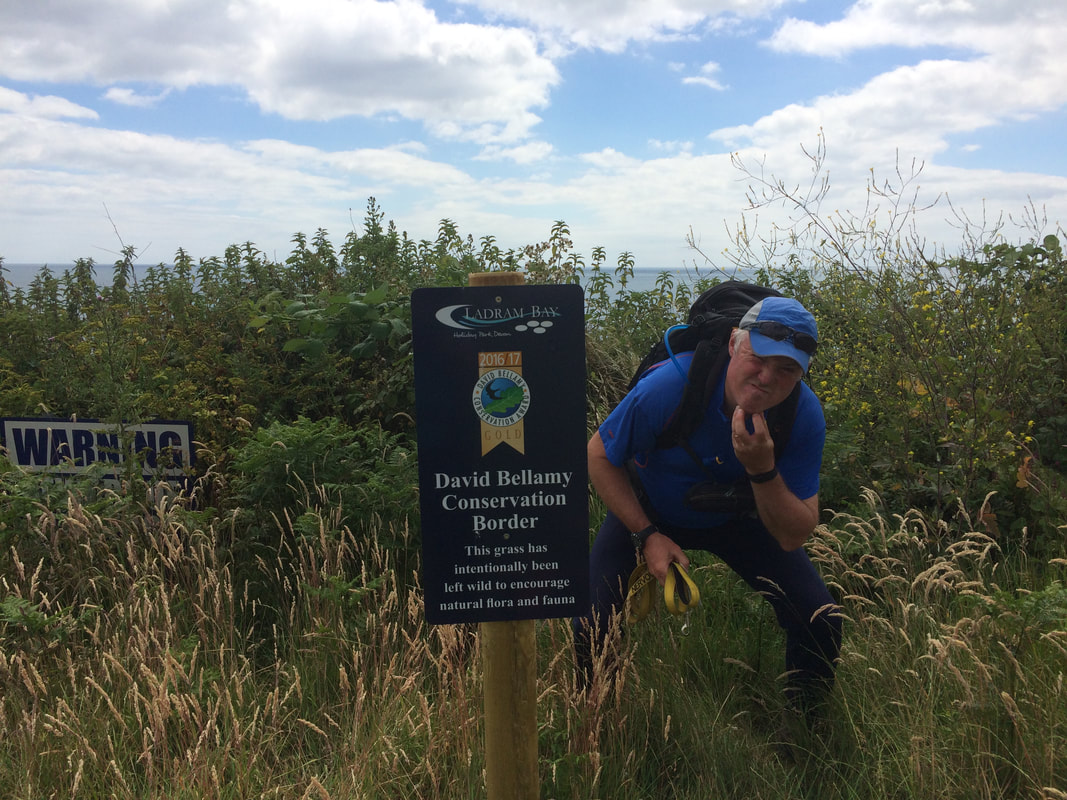 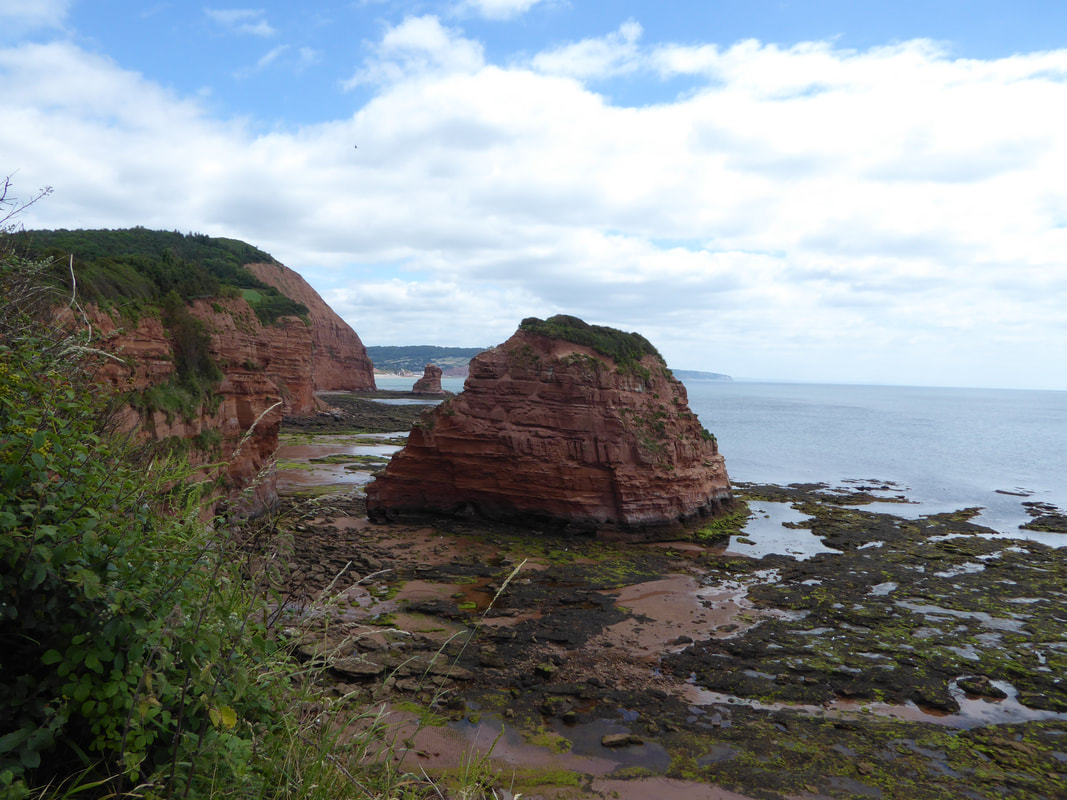 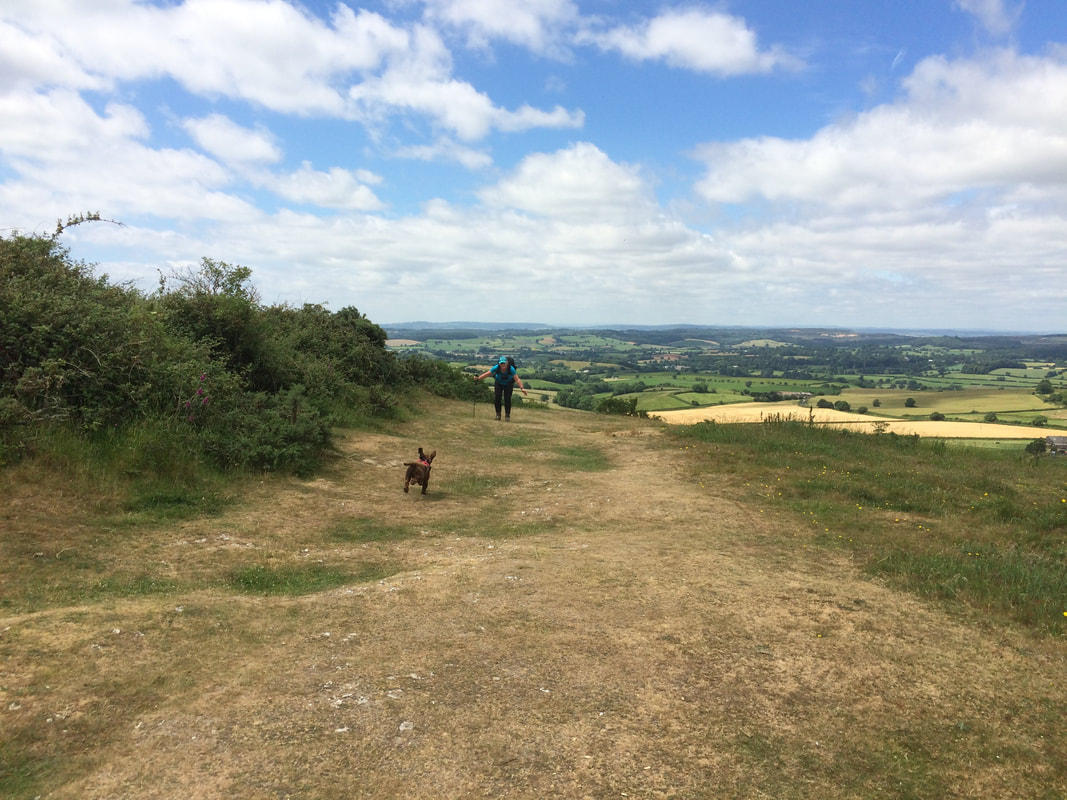 As usual Fudge was having a great time 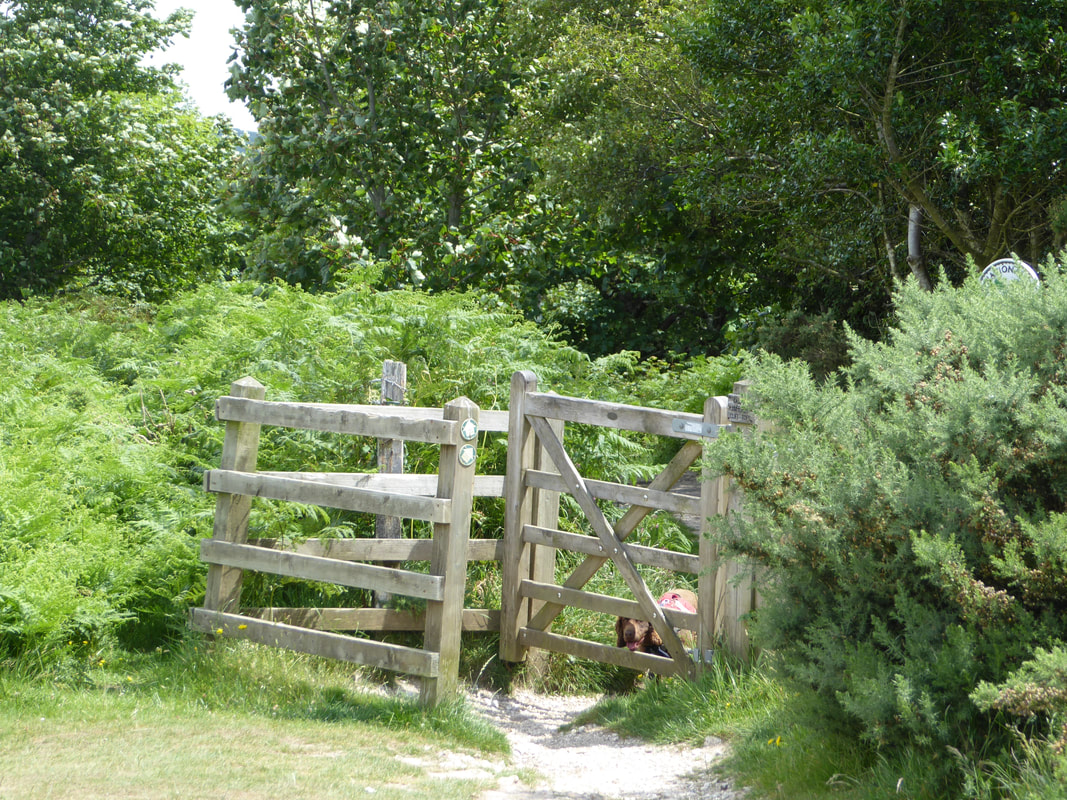 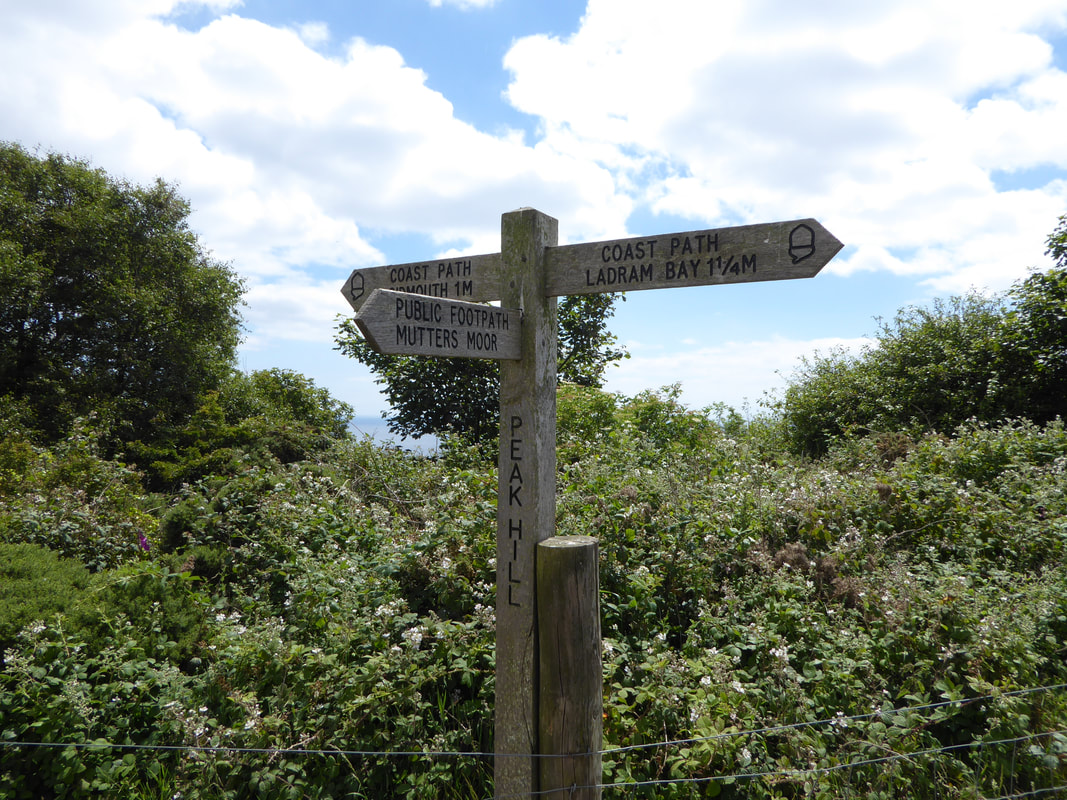 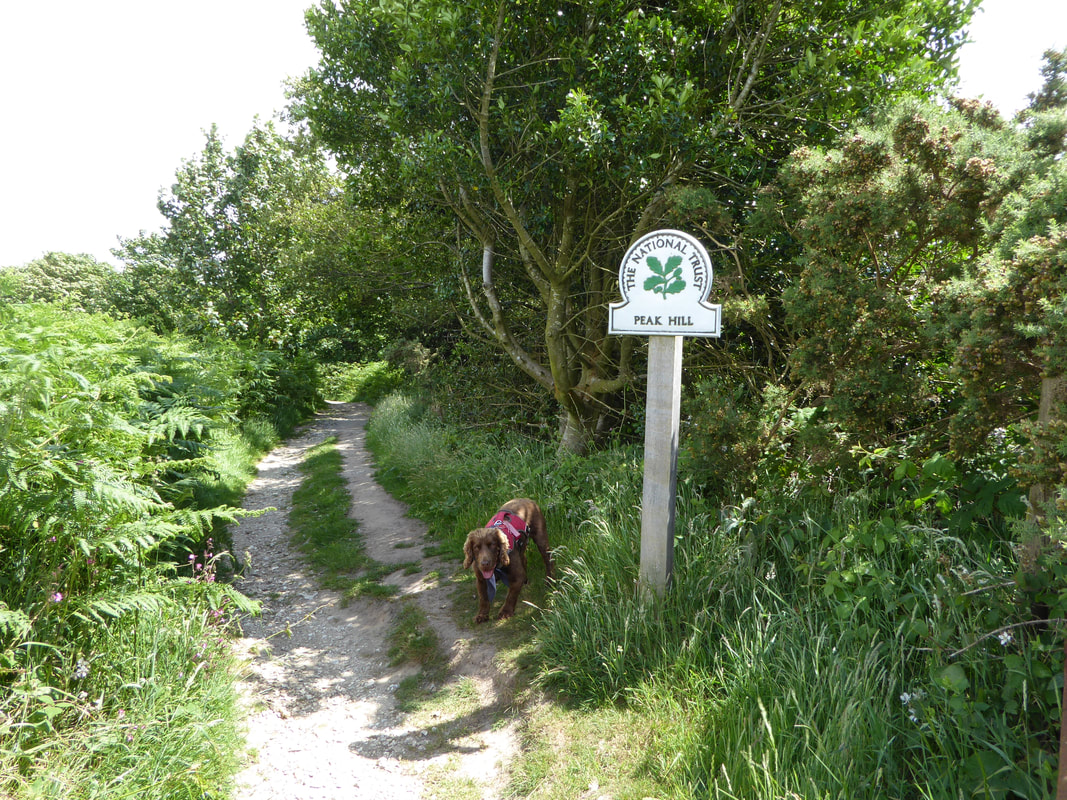 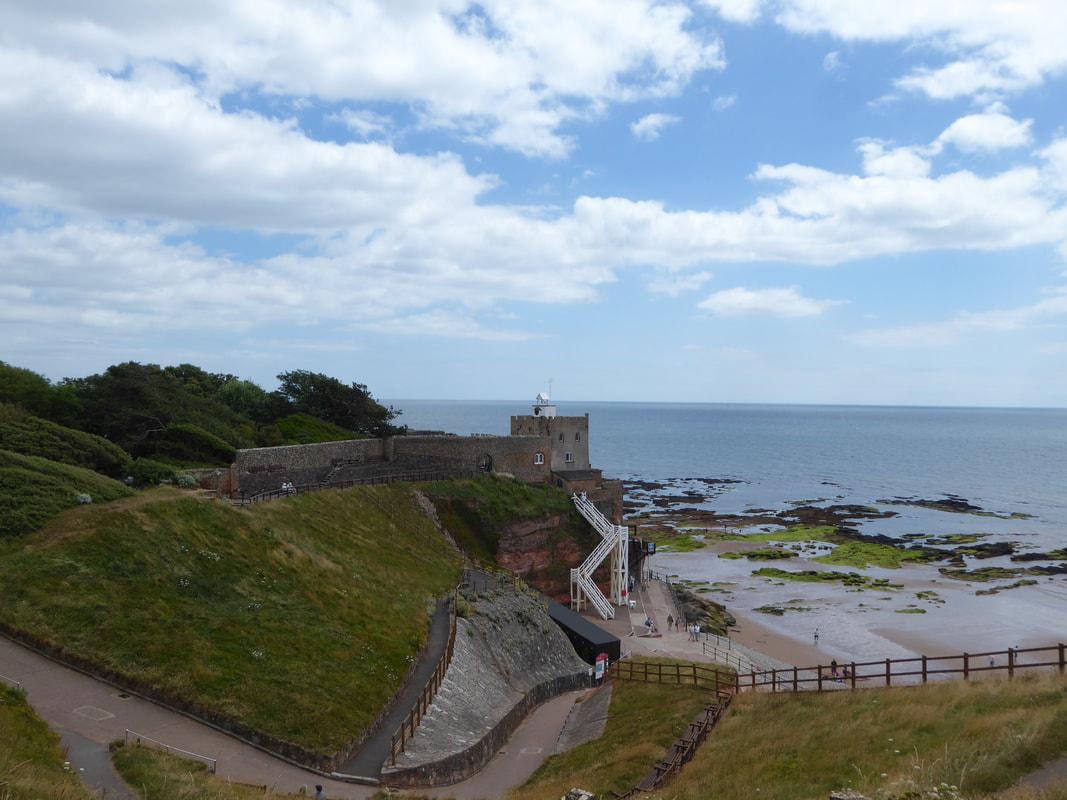 The Clock Tower Cafe & Restaurant in Connaught Gardens Sidmouth.
The Clock Tower was originally a 17th century lime kiln with the lime being brought on to the beach and then transported up the hill by donkey. ​ 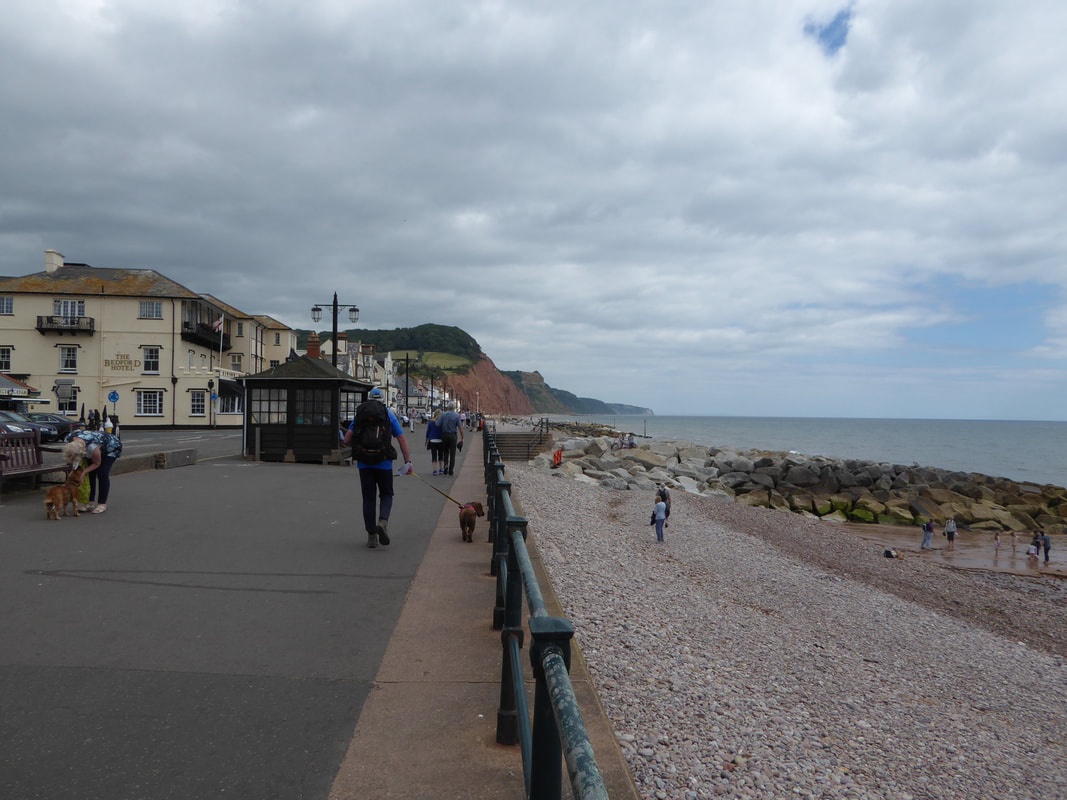 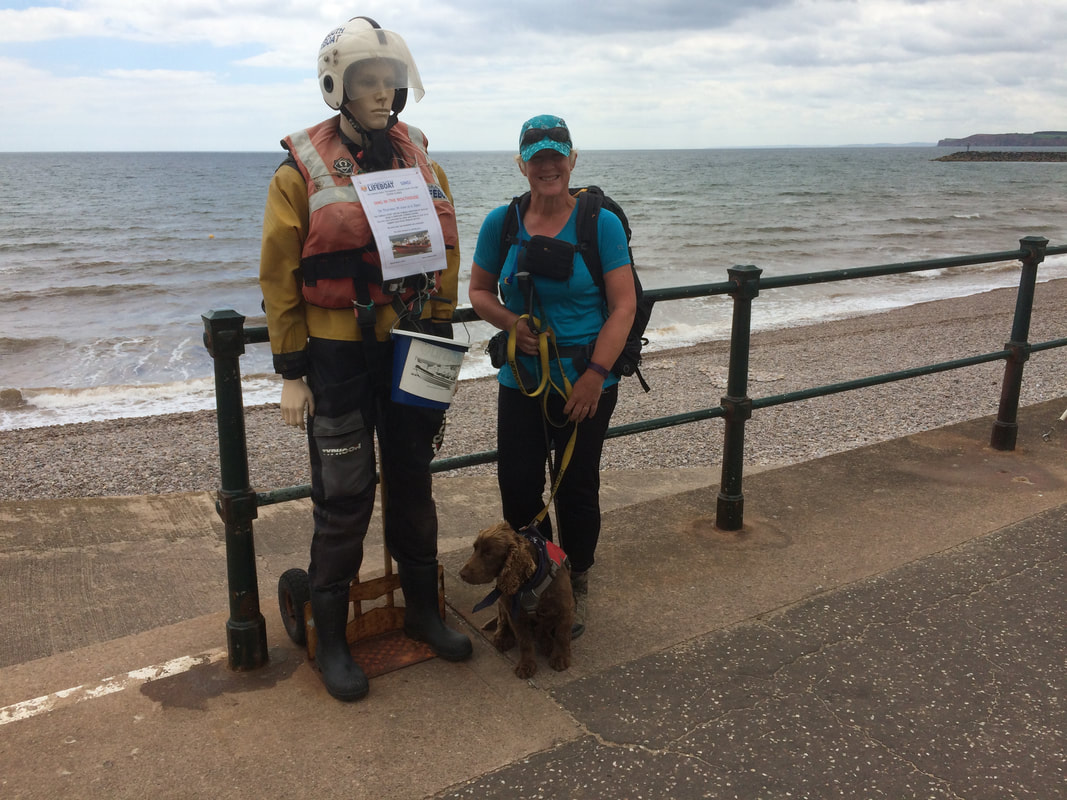 We popped a few quid in his bucket 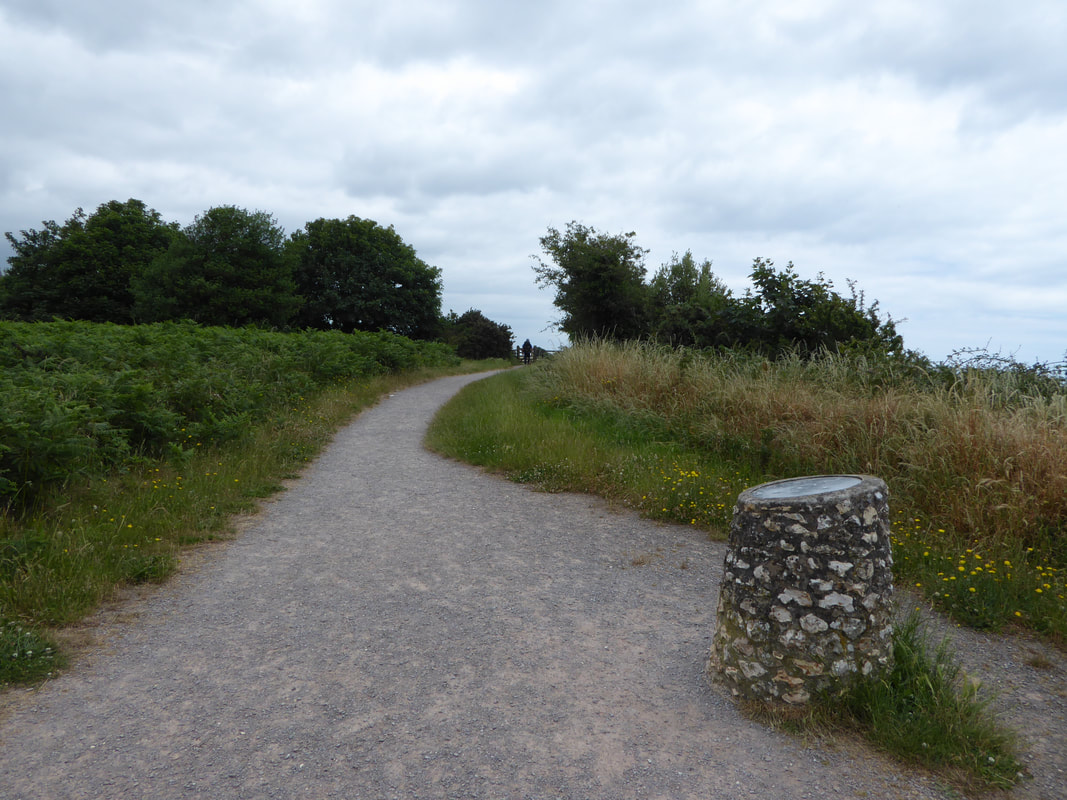 The toposcope on Salcombe Hill Cliff 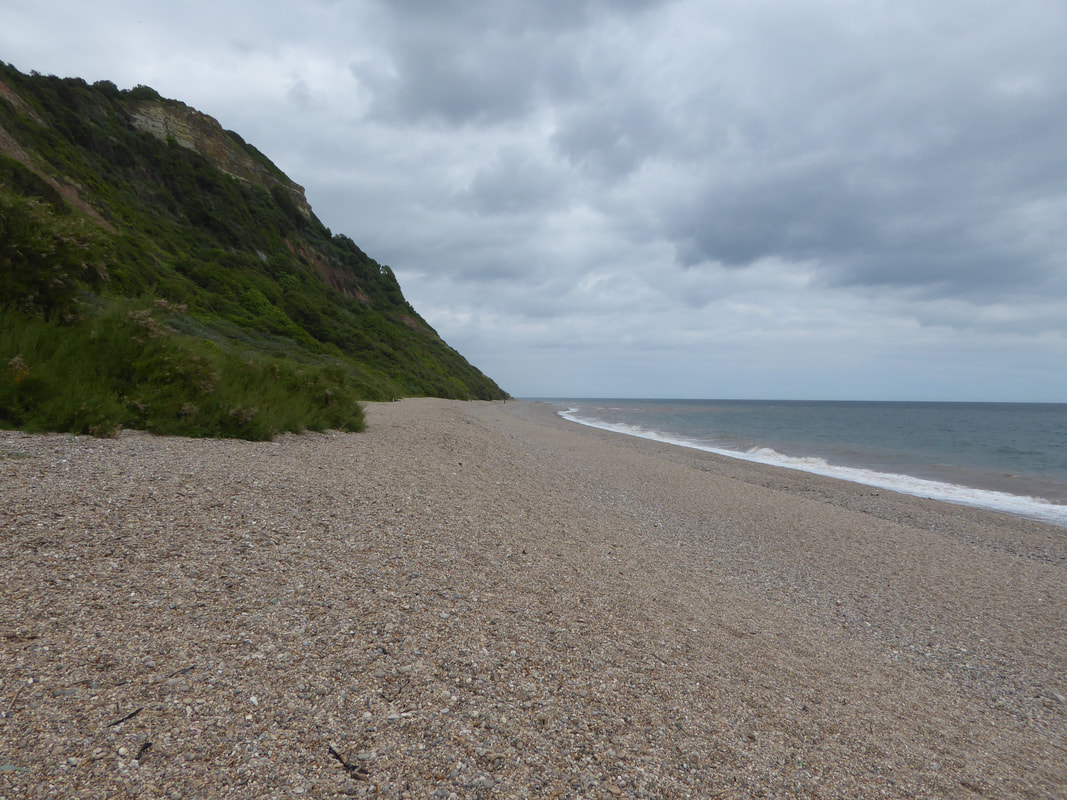 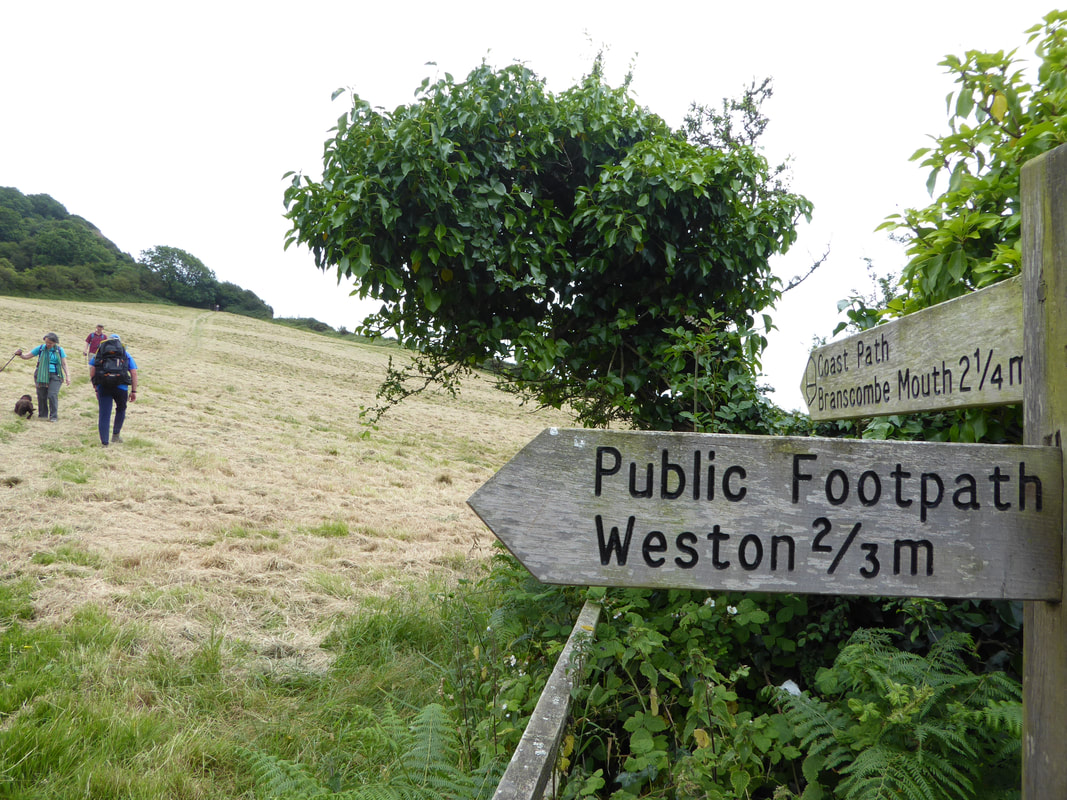 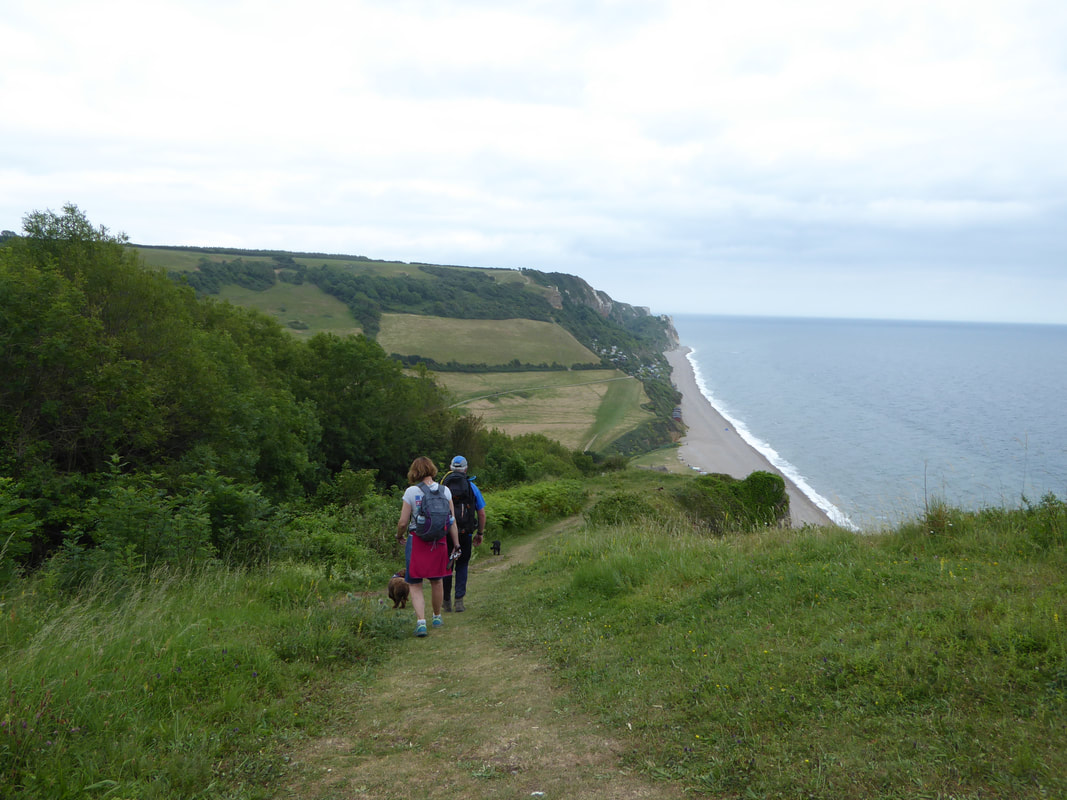 Heading down to Branscombe Mouth 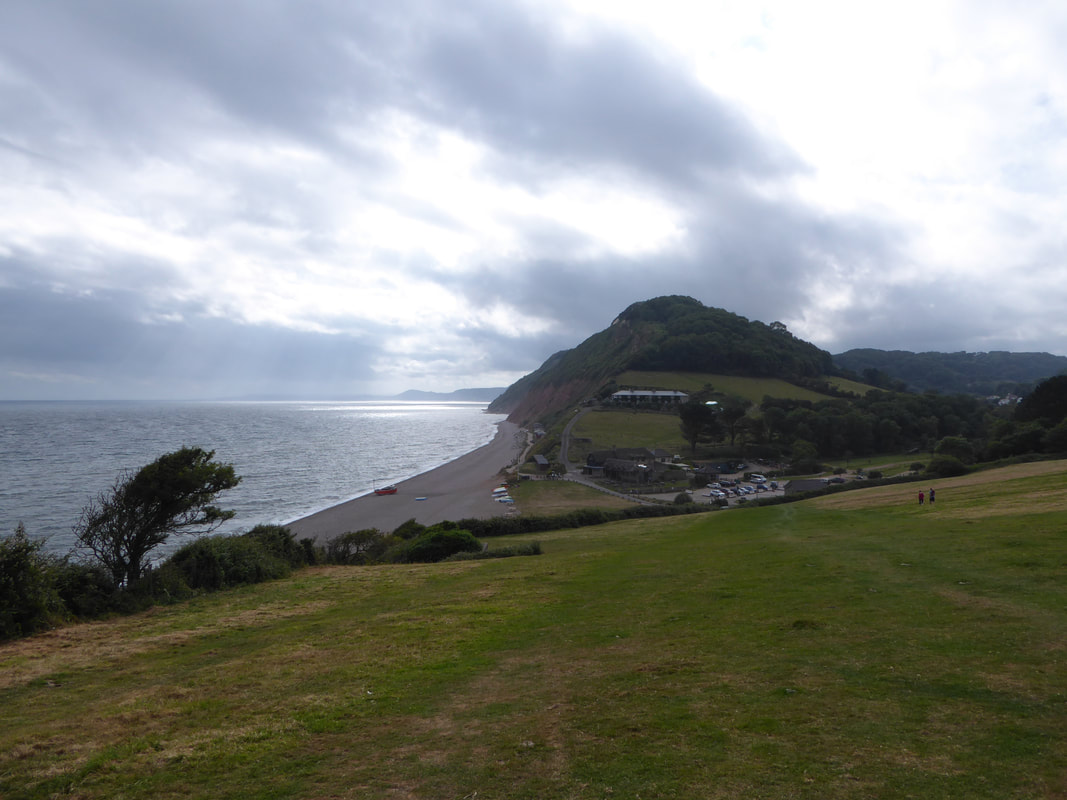 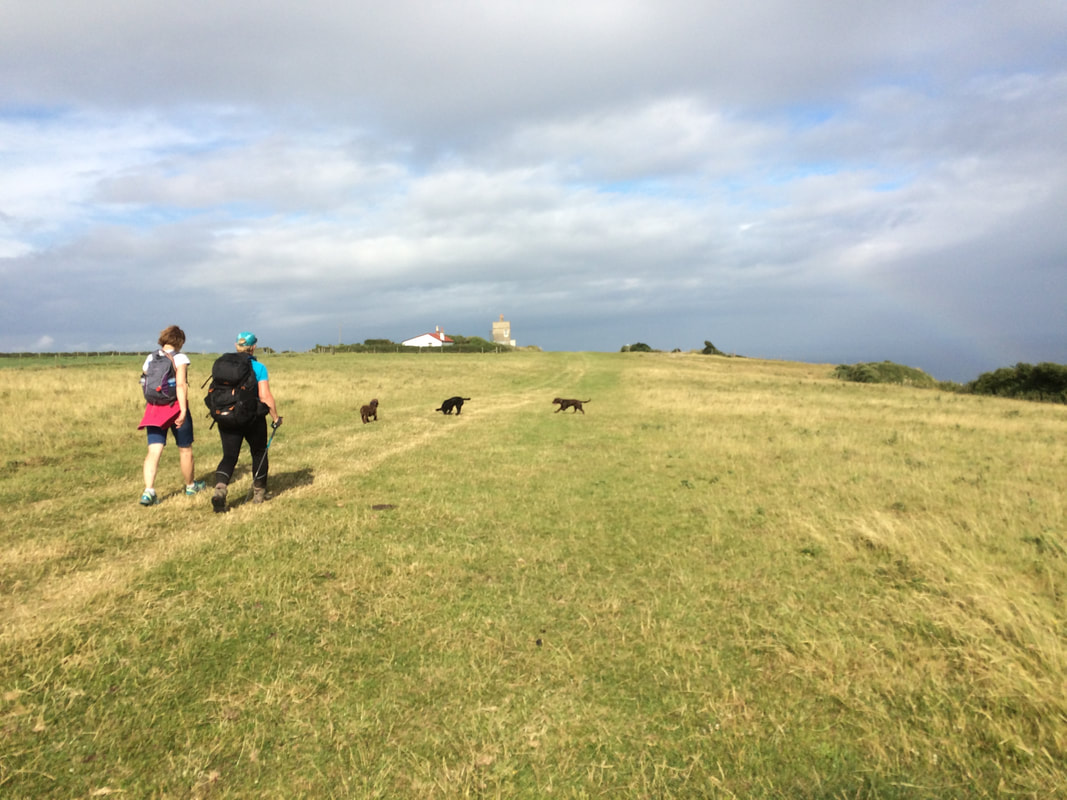 Happy pooches as we head over East Cliff 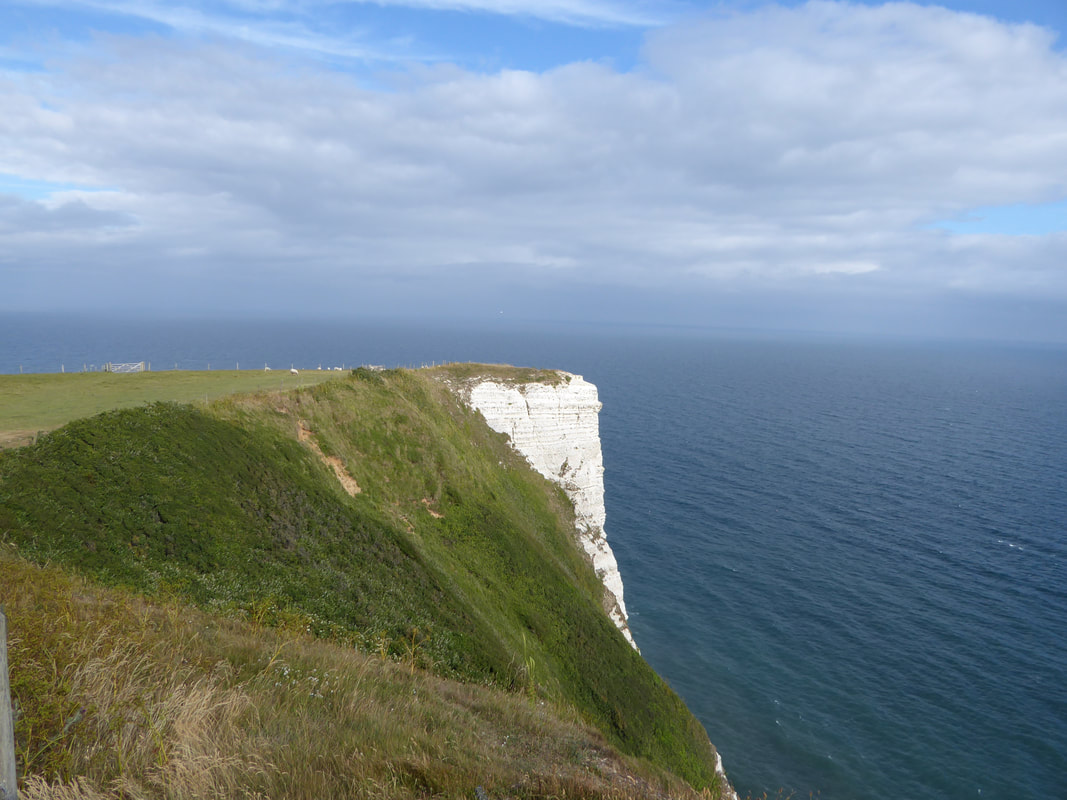 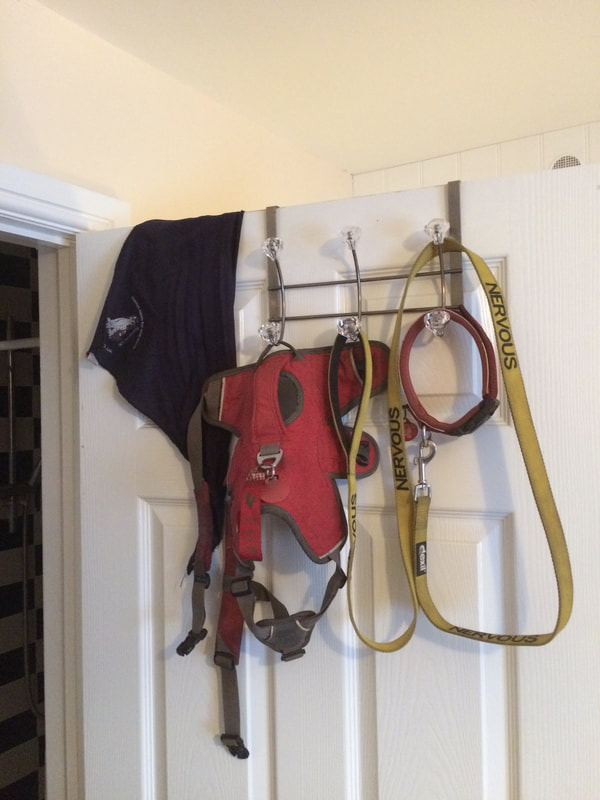 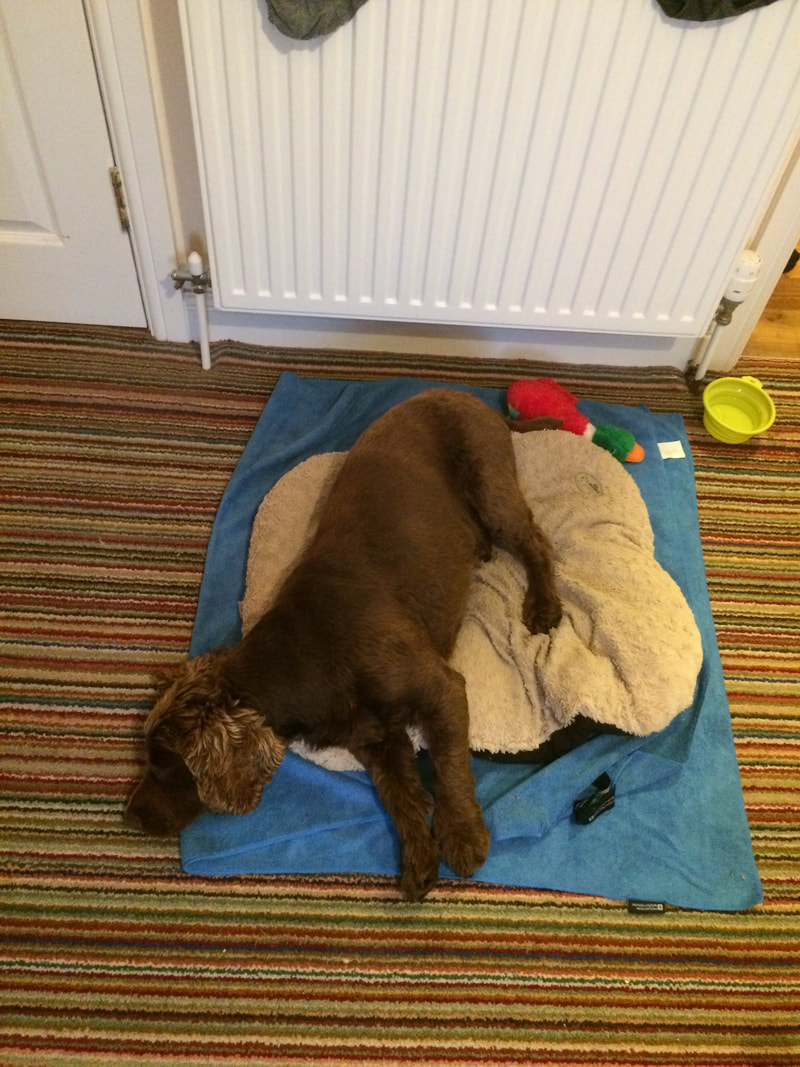 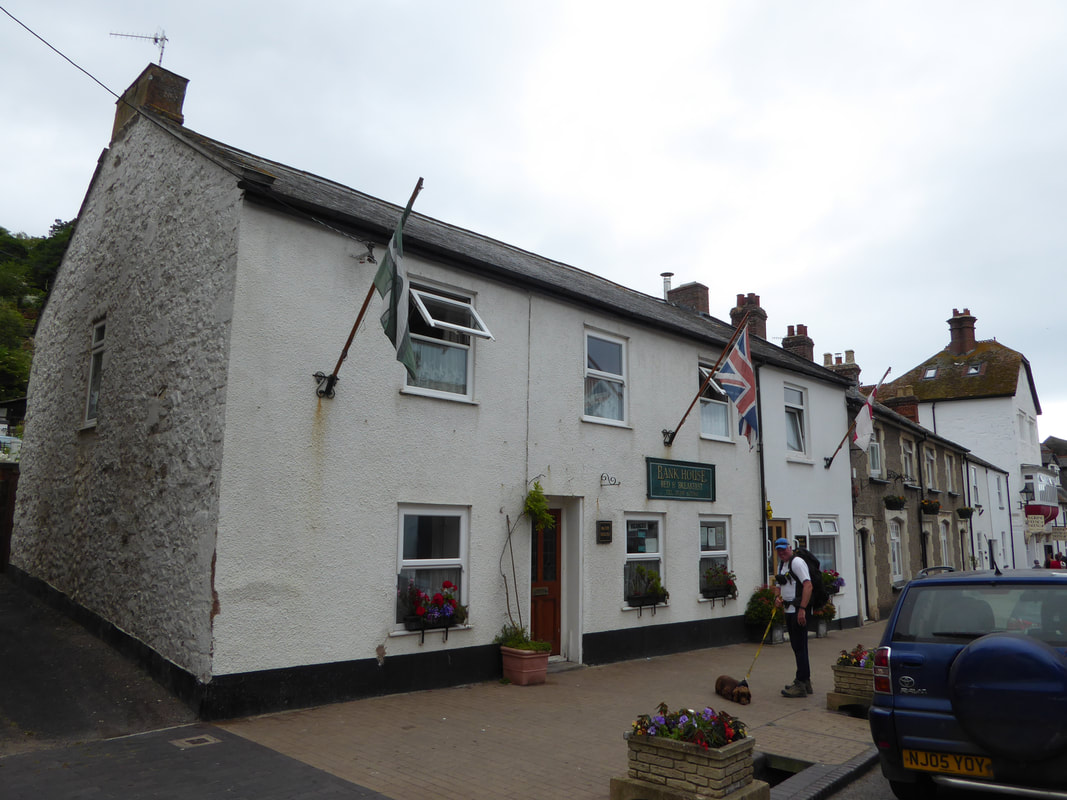