Verge parking approximately 1 mile from the turn off to Arenig from the A4212 near the disused Arenig Quarry. The Grid Reference is SH 830392 and the nearest postcode is LL23 7PB.

Good mountain paths with some scree sections. Care needs to be taken in the wet in and around the summit of Arenig Fawr as the rock is extremely polished therefore slippy.

Dave, Angie & Fudge with Howard Smith
​If the above GPX file fails to download or presents itself as an XML file once downloaded then please feel free to contact me and I will send you the GPX file via e-mail. 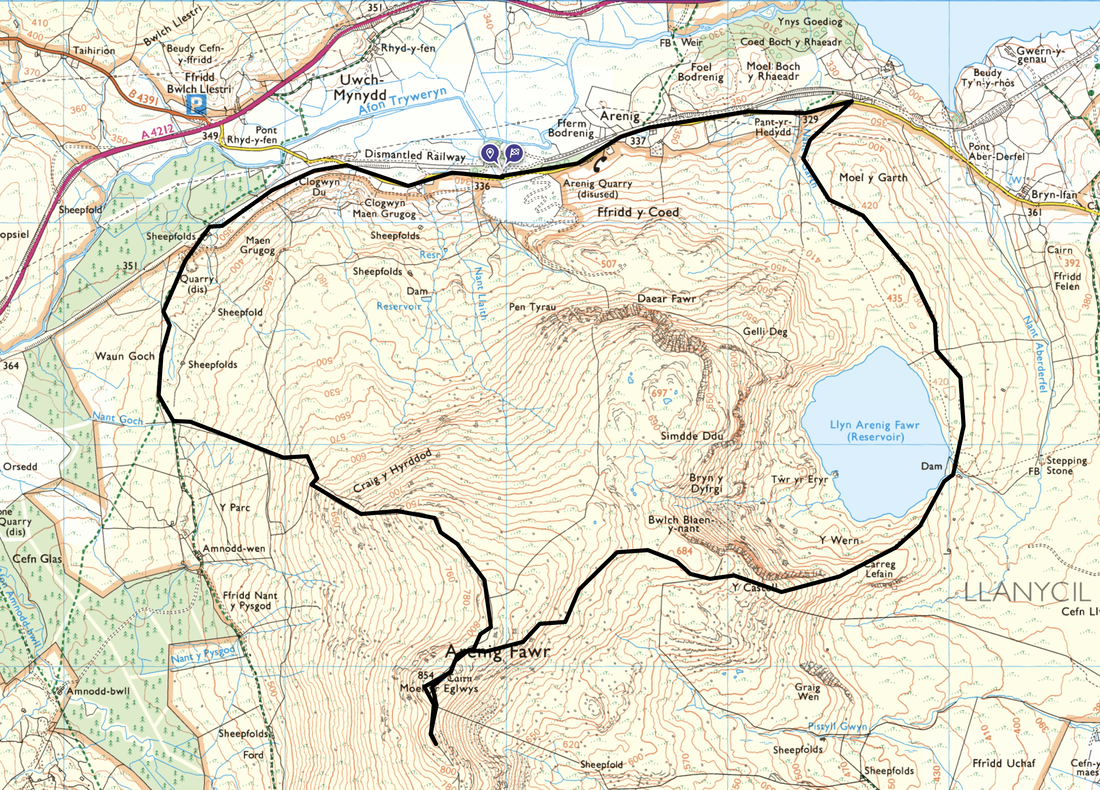 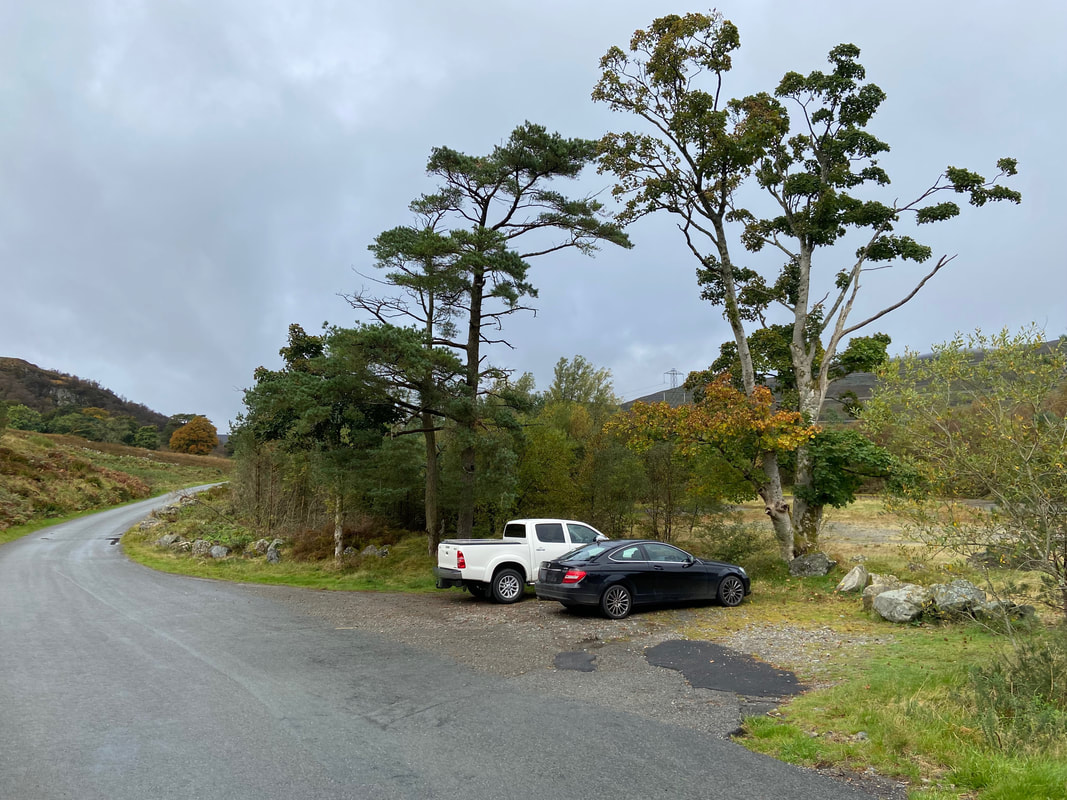 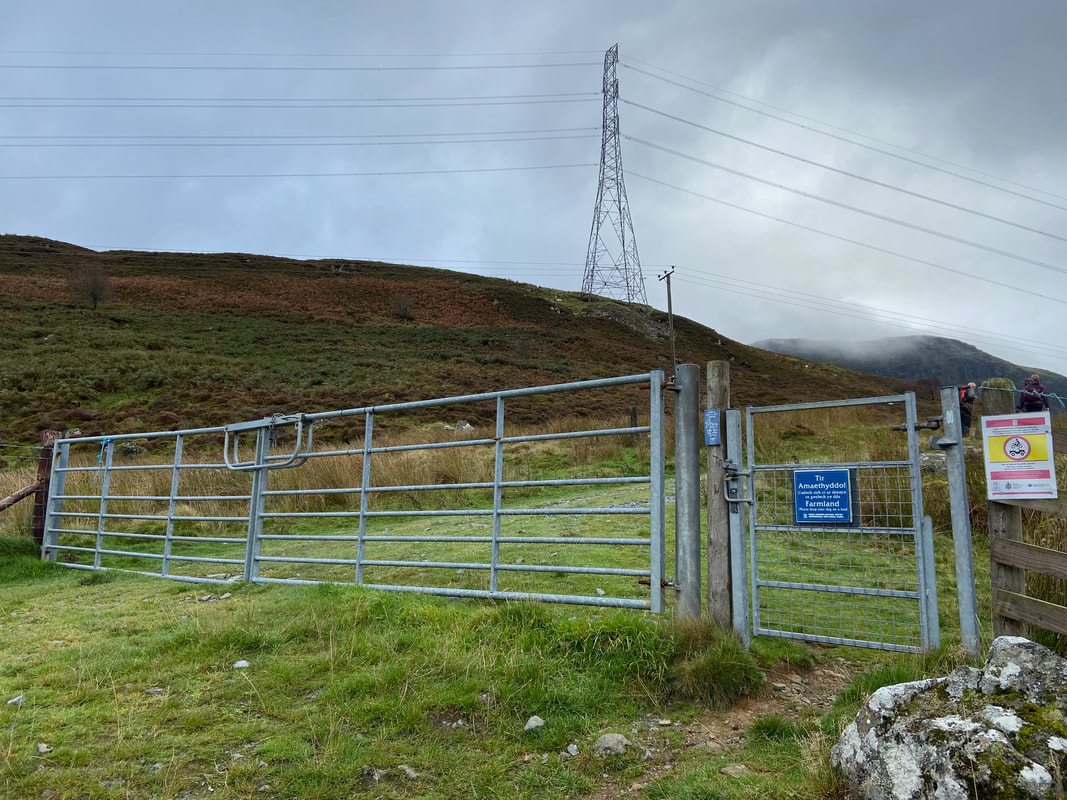 From the parking area the route headed east along the road for a mile until we reached this large double gate with side access. This gate gives entry to the access track to the dam at Llyn Arenig Fawr Reservoir. The gate is located at Grid Reference SH 846 395. 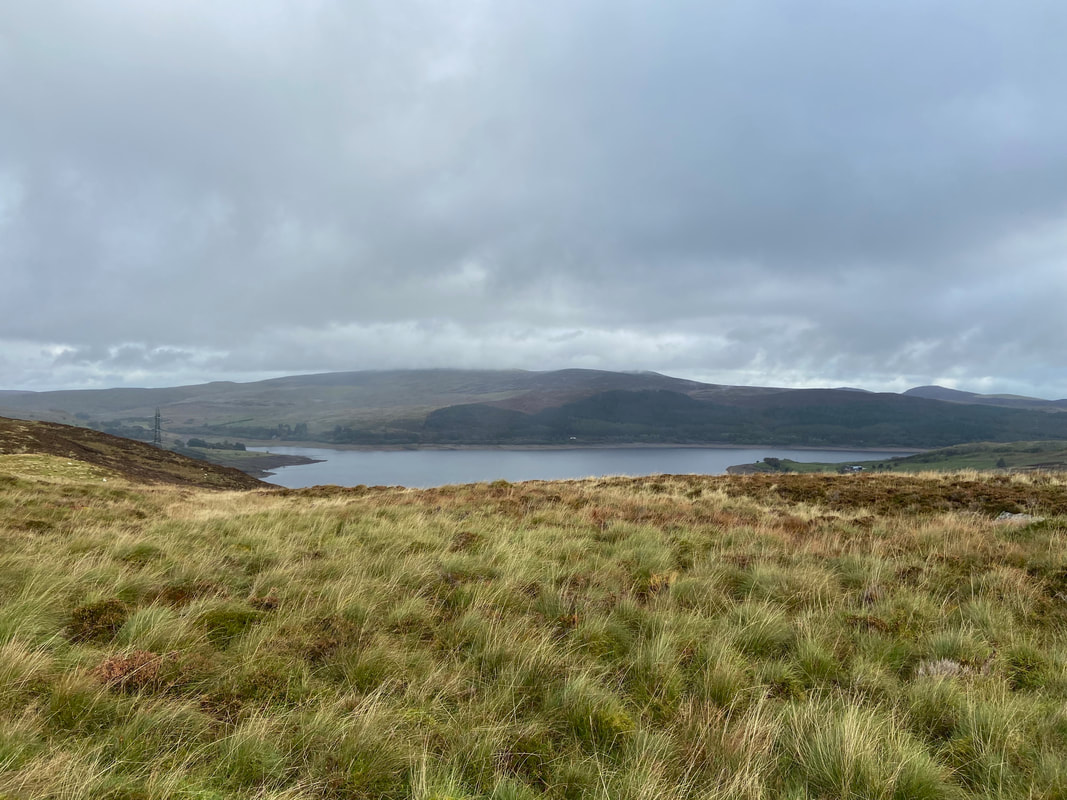 As we ascend gently along the access track, now in view behind us is the reservoir of Llyn Celyn 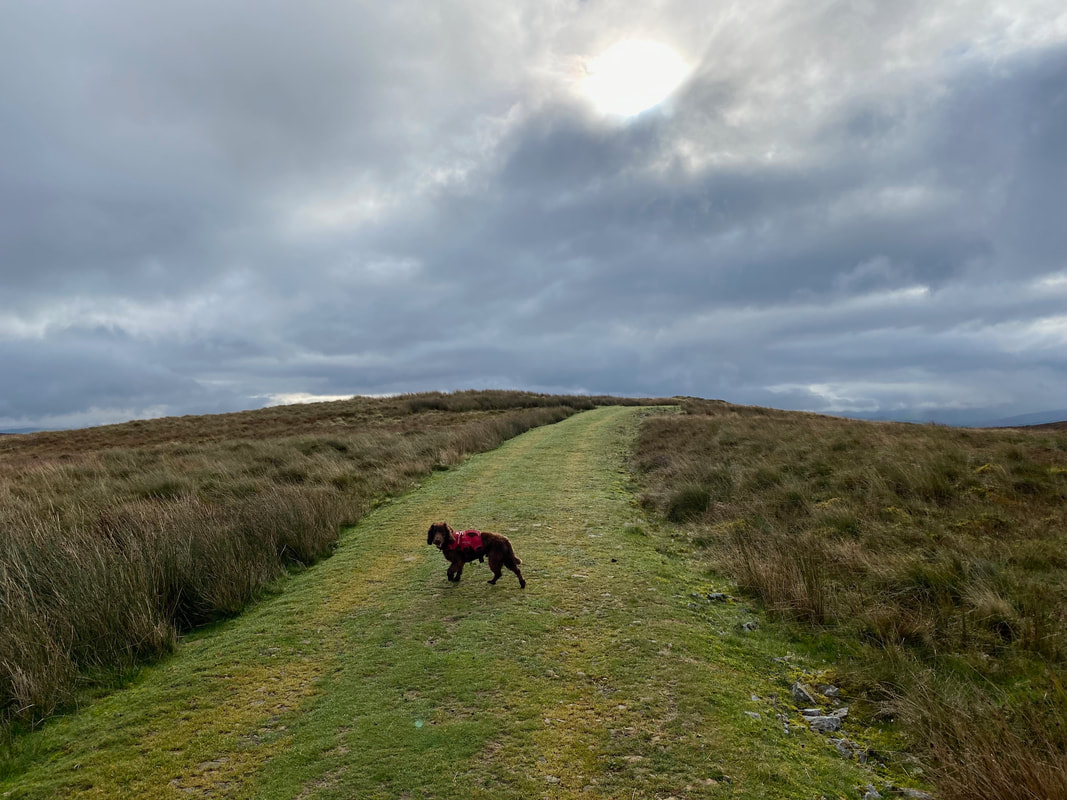 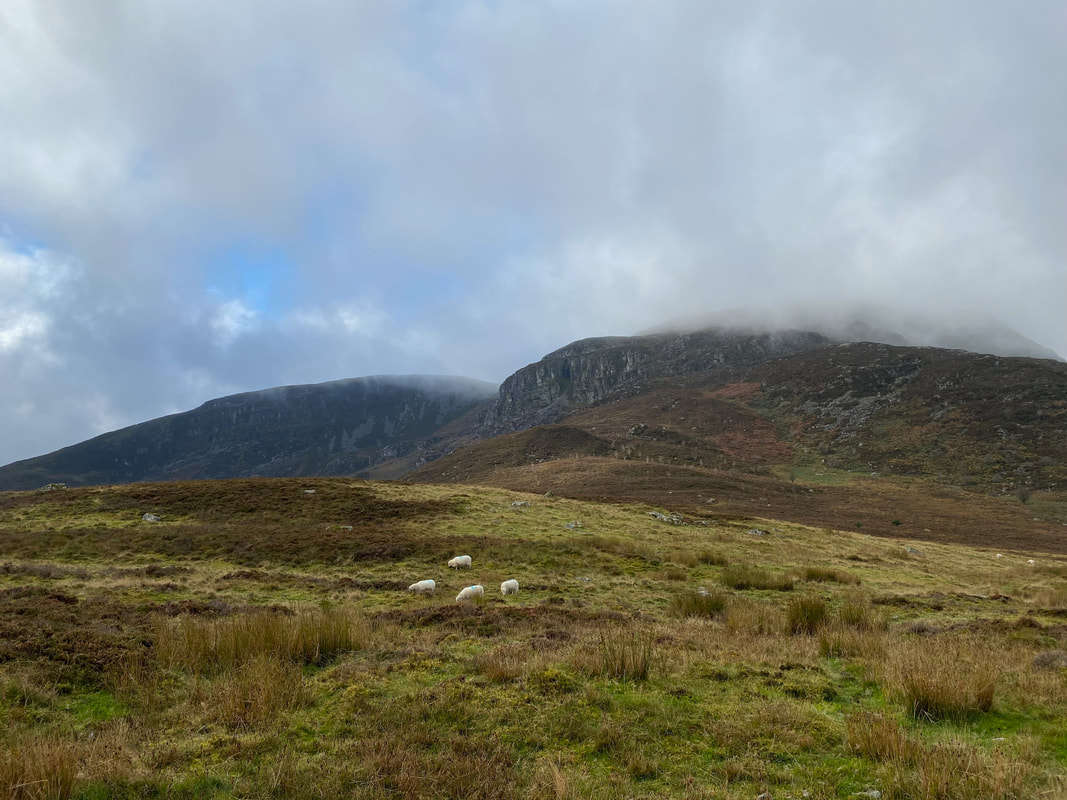 Llyn Arenig Fawr now in full view. The Llyn's primary purpose is to supply water to the nearby town of Bala and the numerous small villages in the surrounding area. Y Castell and Bryn y Dyfrgi provide the backdrop. 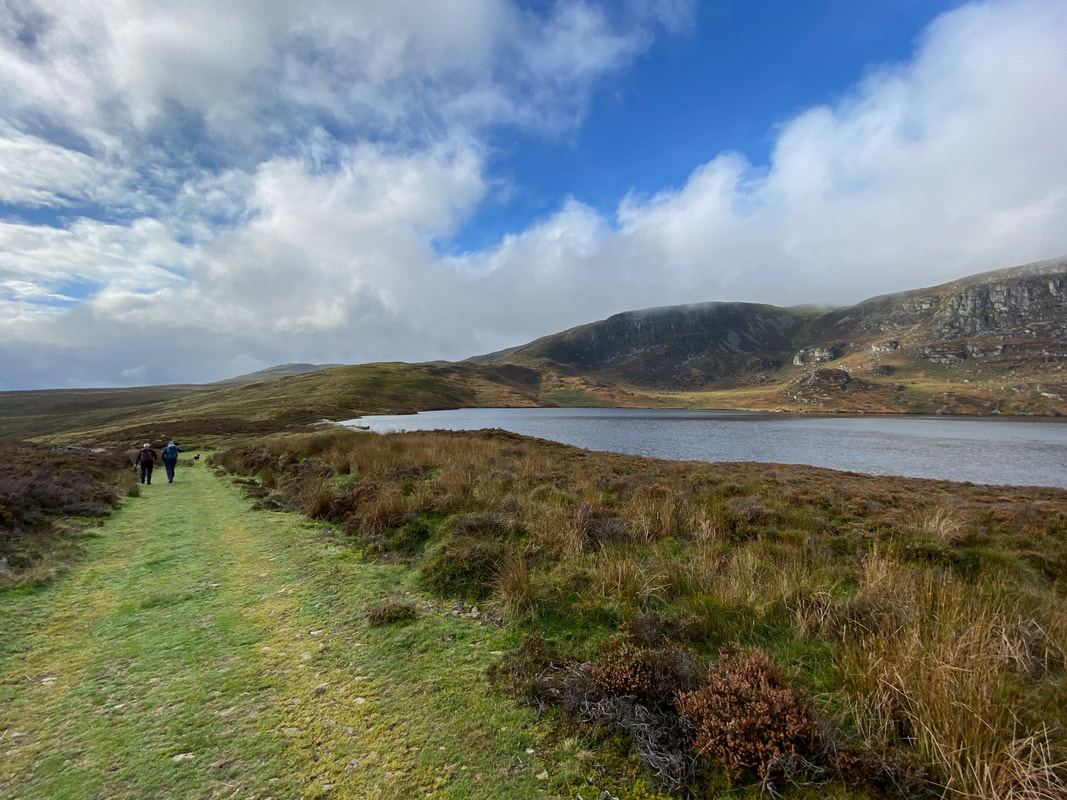 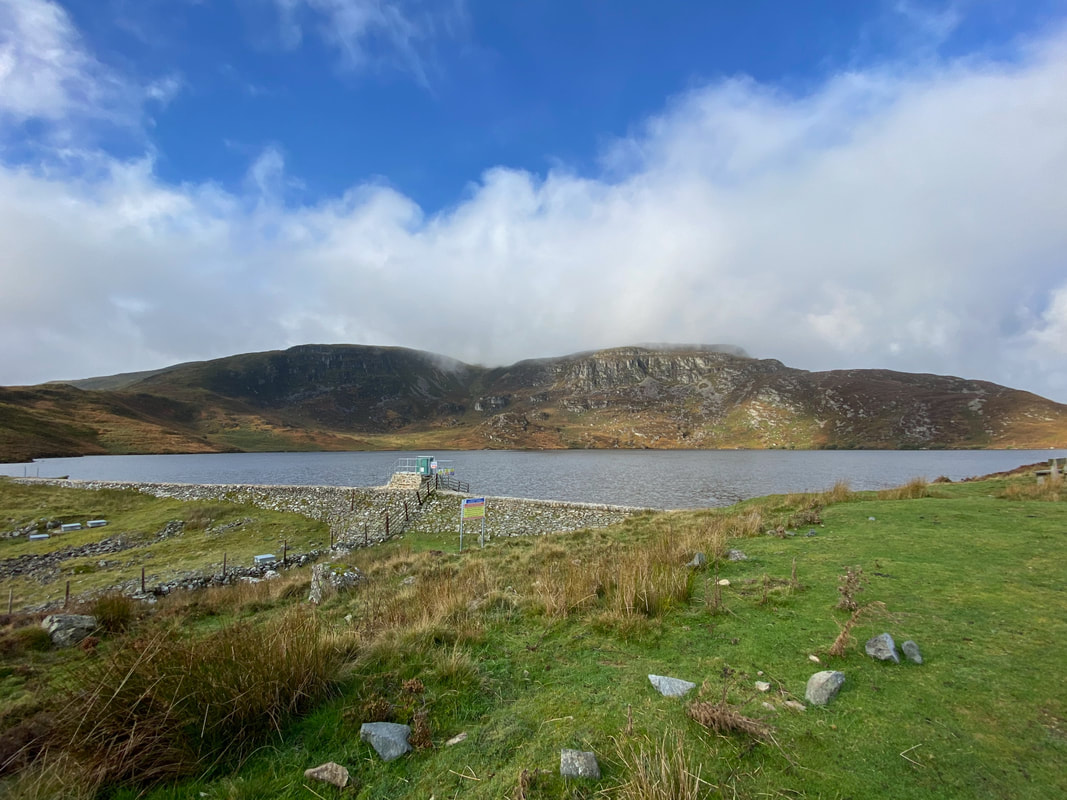 The dam wall of Llyn Arenig Reservoir. At this point, despite the forecast we thought we might be in for a really good weather day up on the summit - how wrong we were. 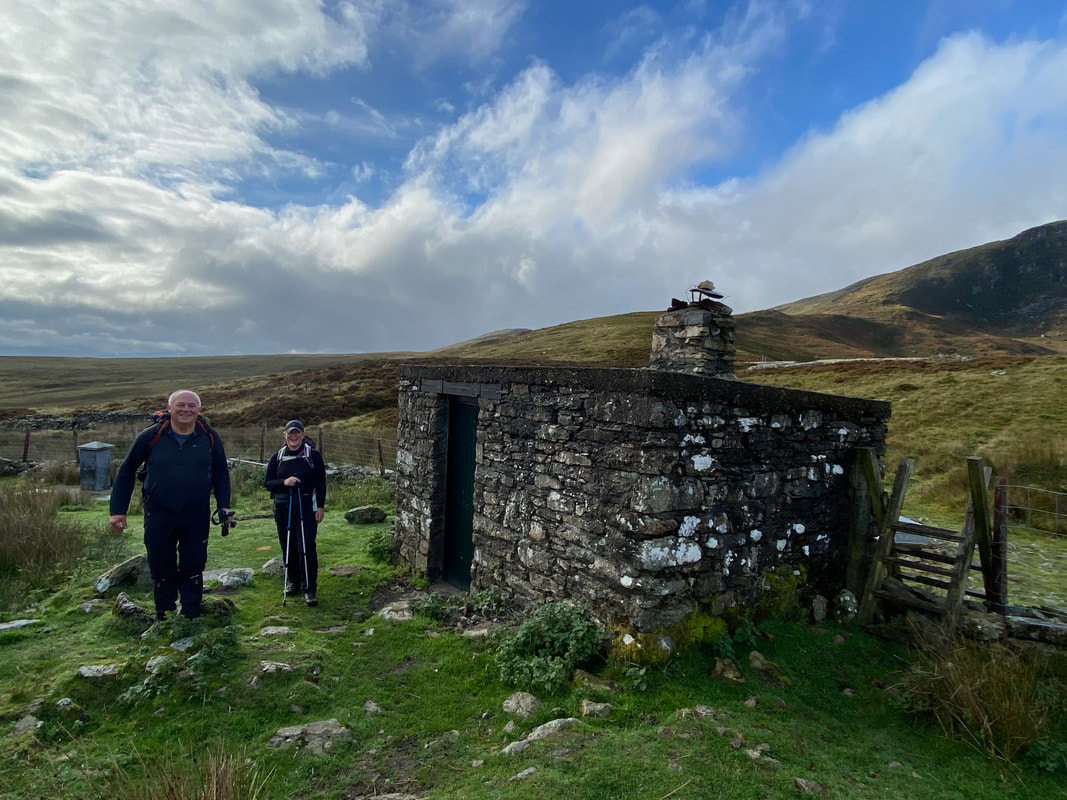 Howie & Angie outside the Llyn Arenig Fawr Bothy. ​The building more than likely originated as a shelter for reservoir construction workmen.  At a push it is suitable for 2 or maybe 3 people to comfortably spend the night in. 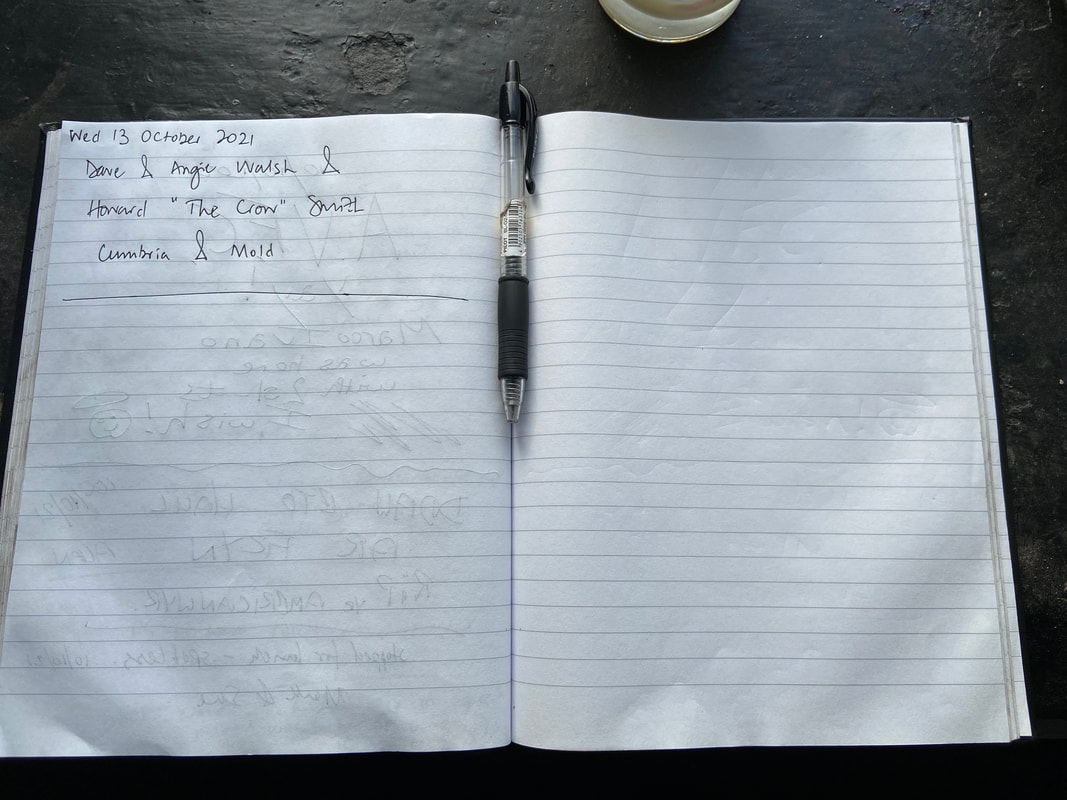 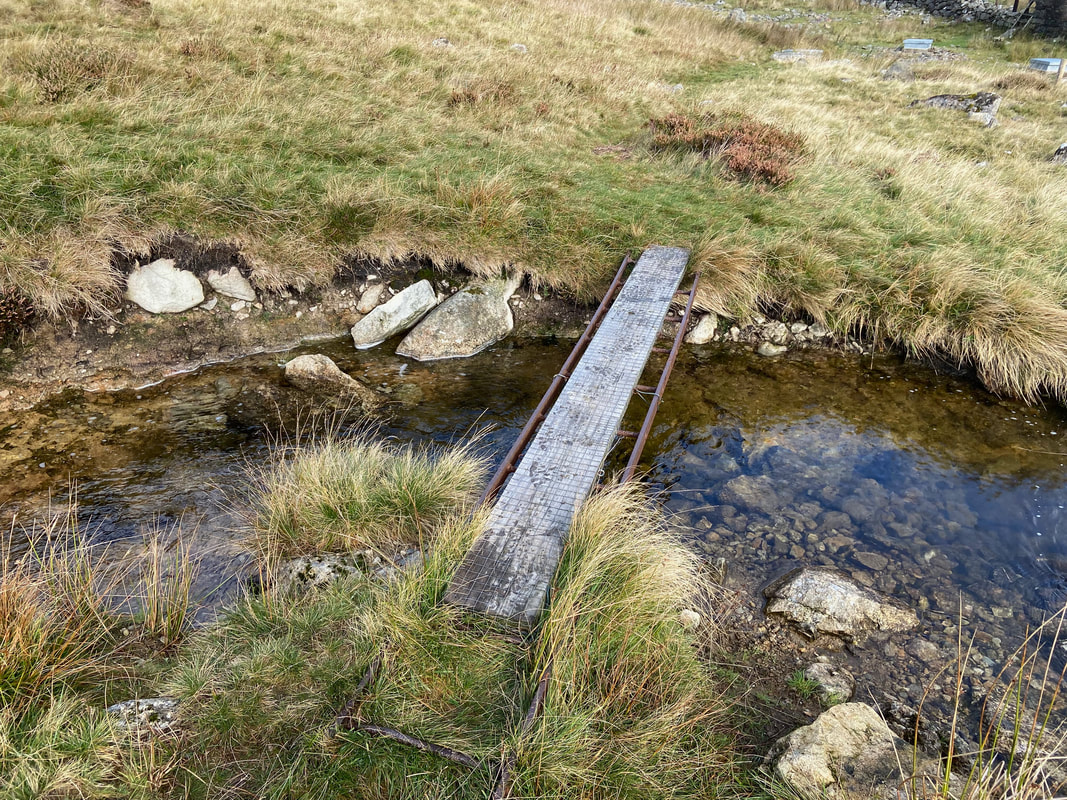 From the Bothy, the route crosses the outflow of the Llyn via this small footbridge 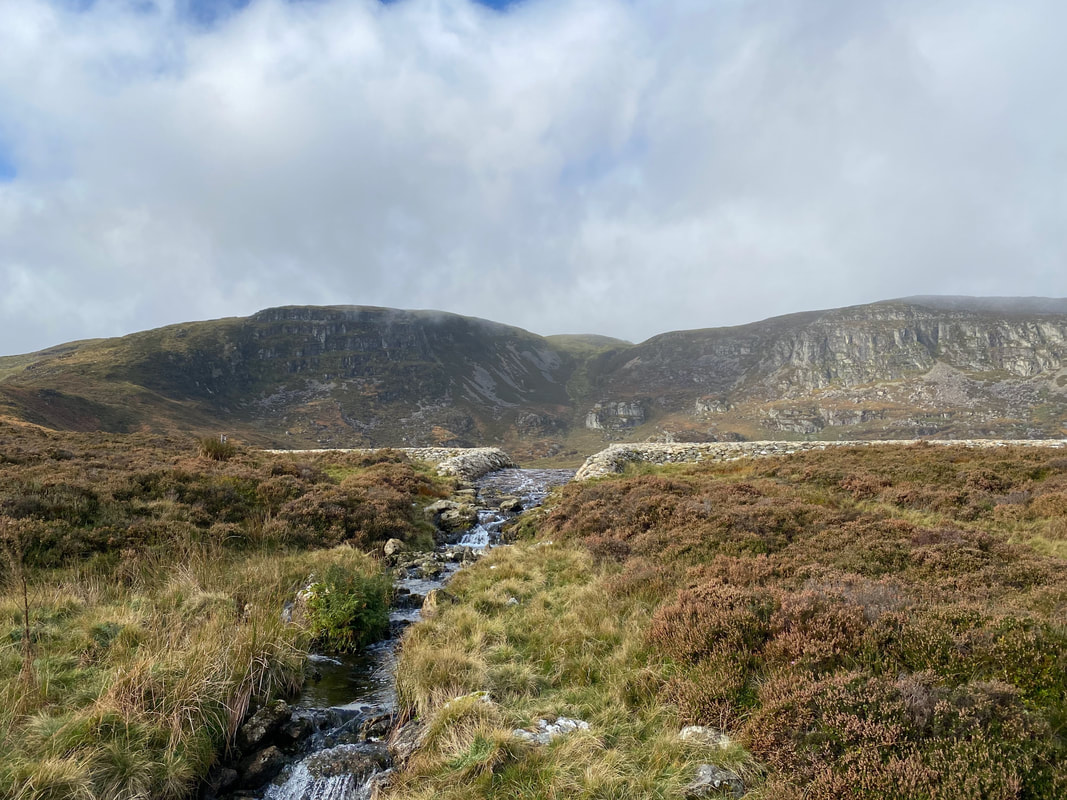 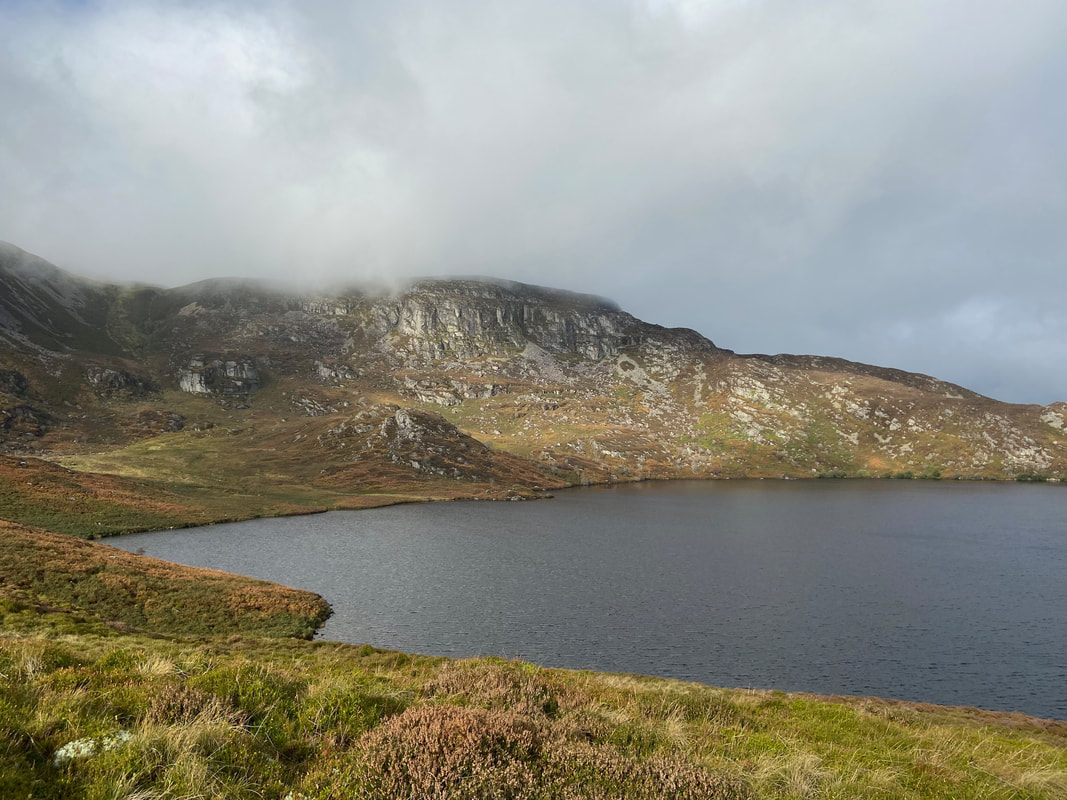 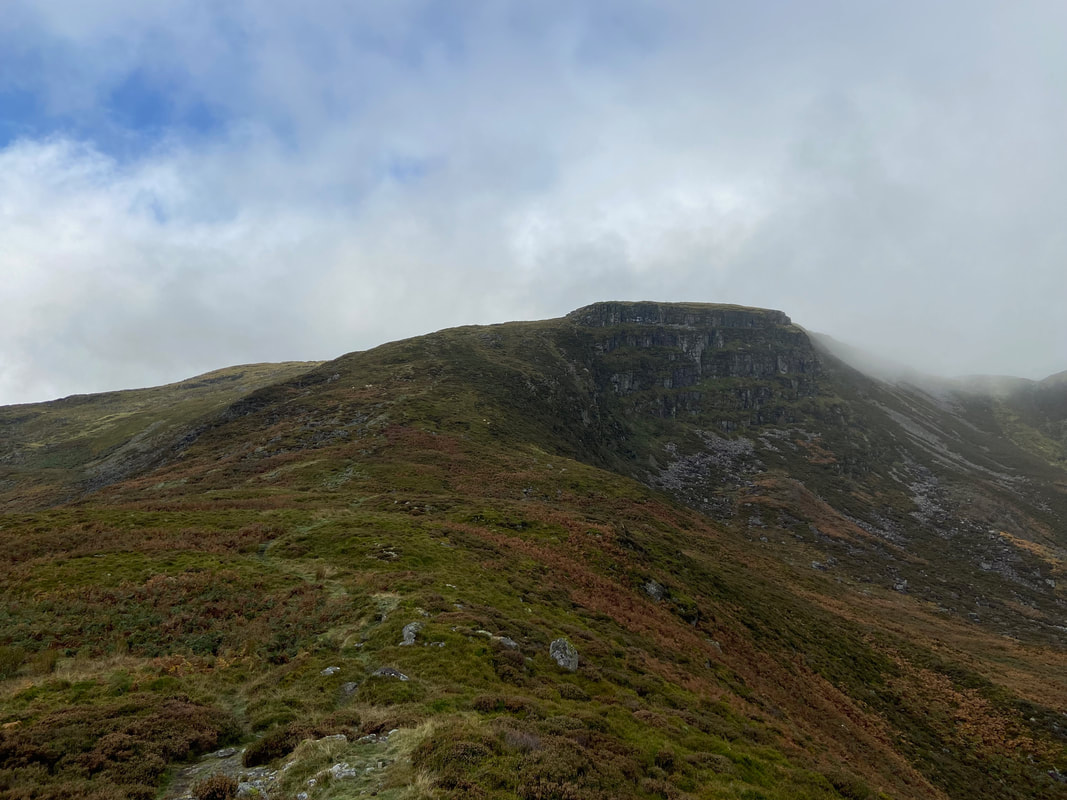 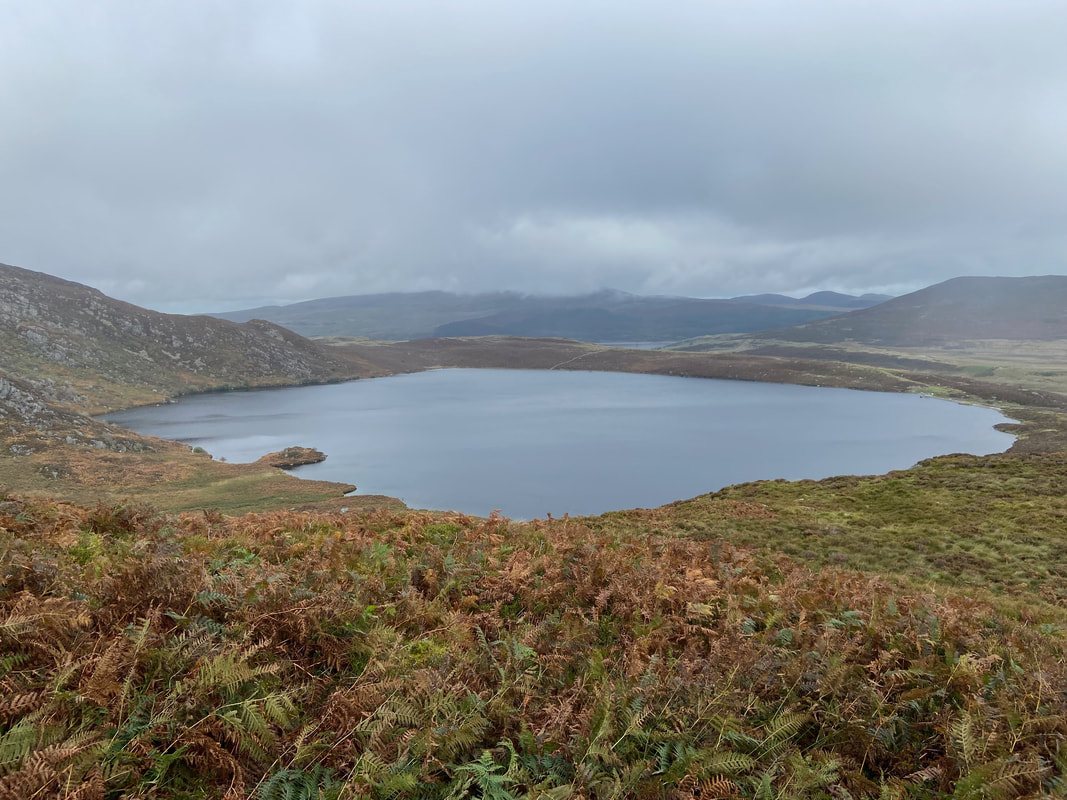 Llyn Arenig Fawr from the ascent to Y Castell 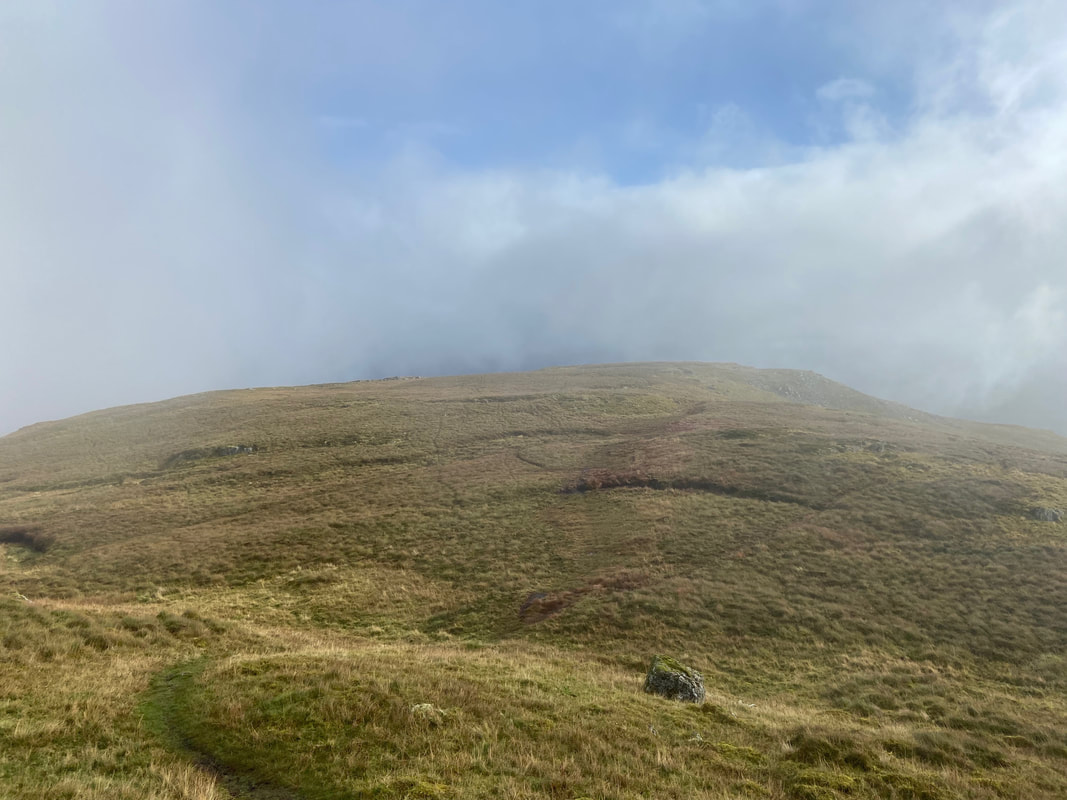 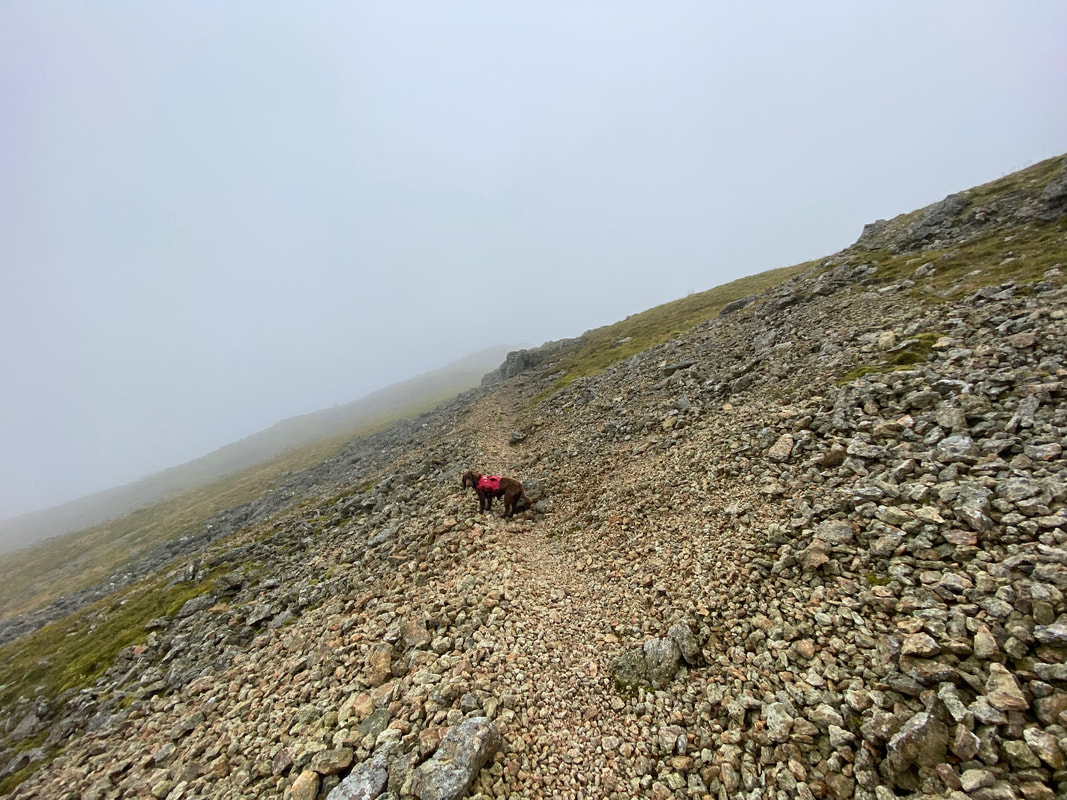 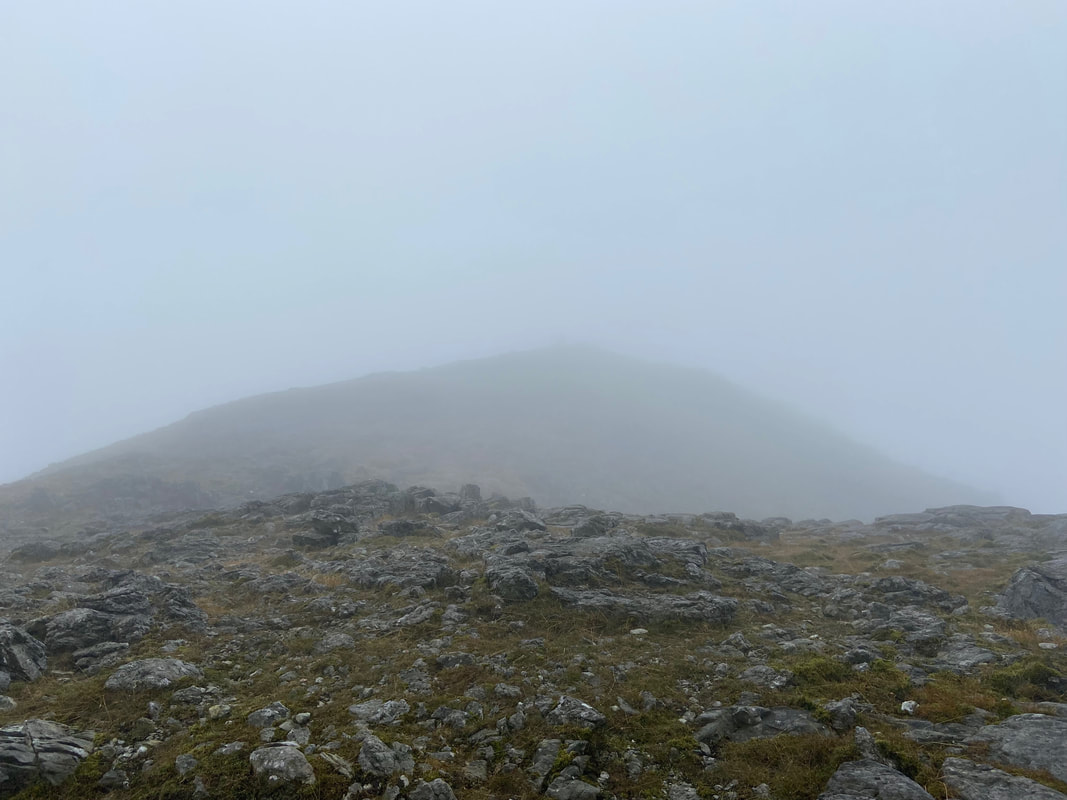 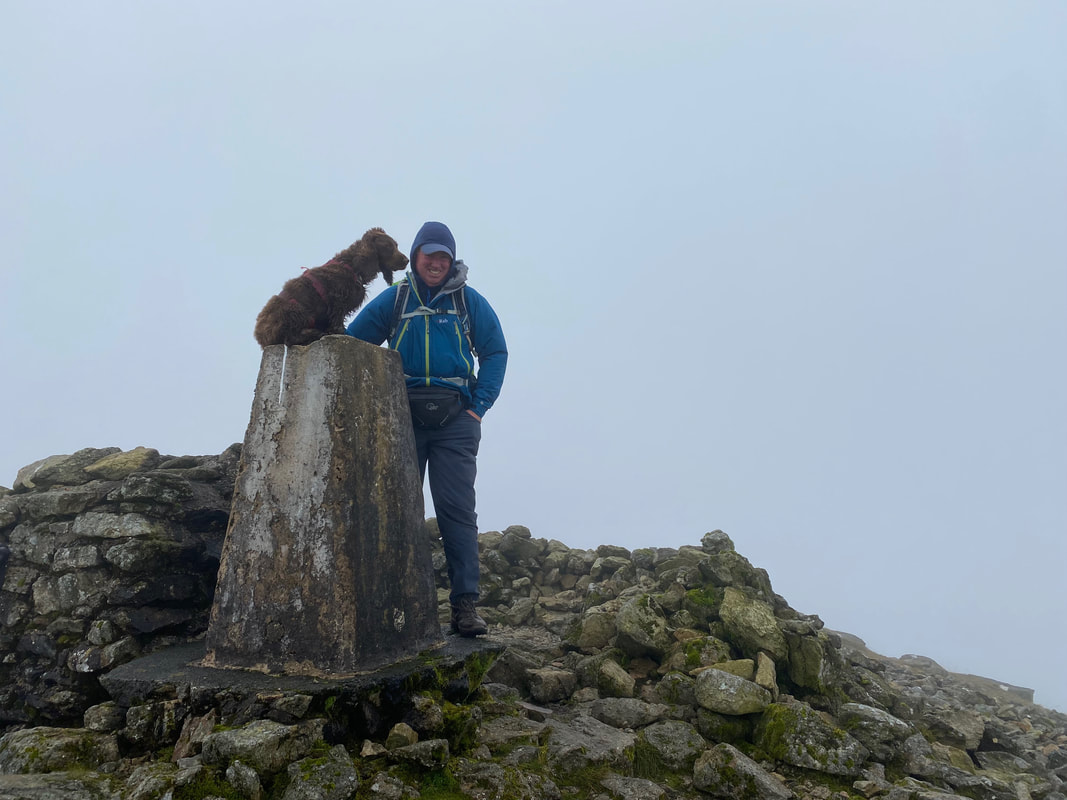 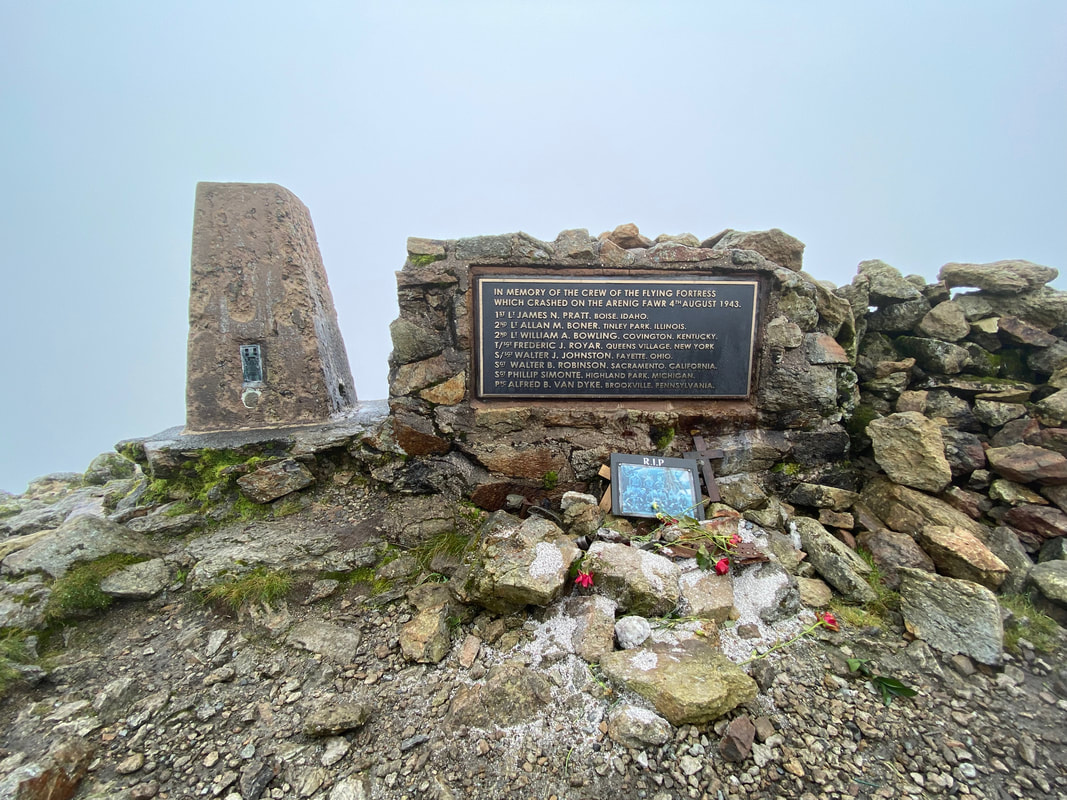 On August 4, 1943, an American B-17 Flying Fortress from RAF Molesworth took flight on a night training mission but tragically crashed into the slopes of Arenig Fawr. All eight American crew members on the aircraft perished that night. In honour of the crew, the local community installed a memorial plaque after the war in 1945. By 2019 the plaque had degraded to the point whereby the names inscribed had faded so badly that they could not be read. Subsequently, Volunteers raised £2,500 for a new plaque which was installed in September 2019. 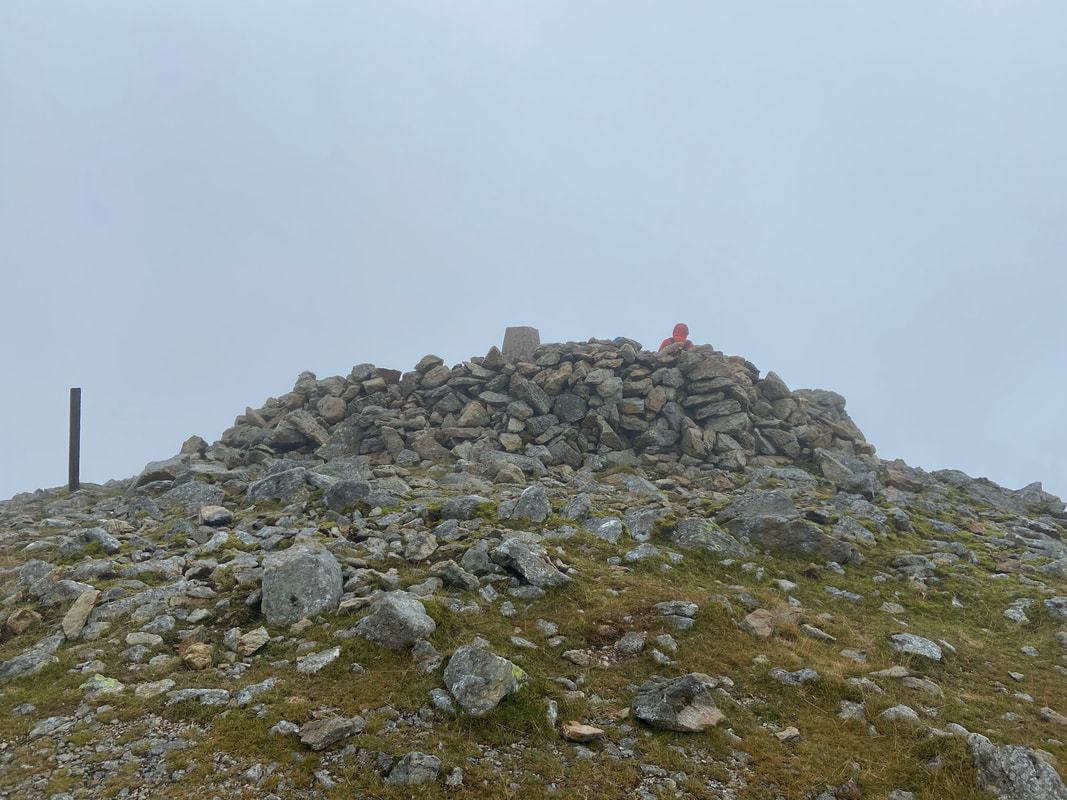 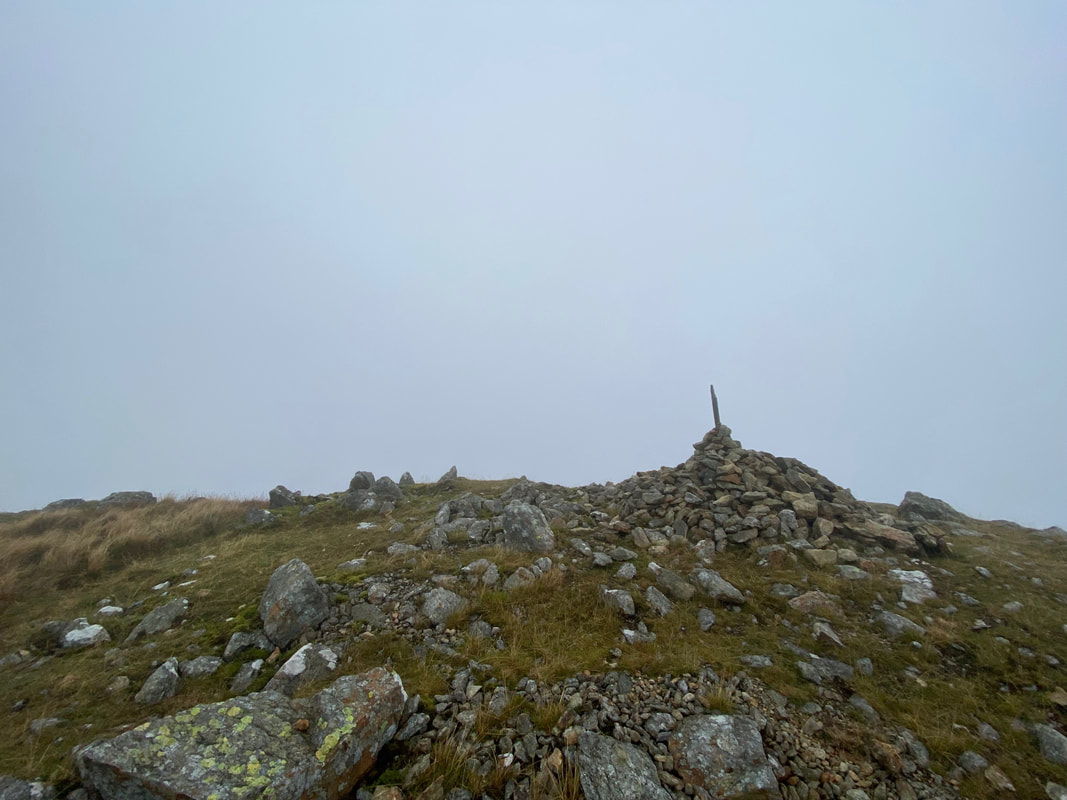 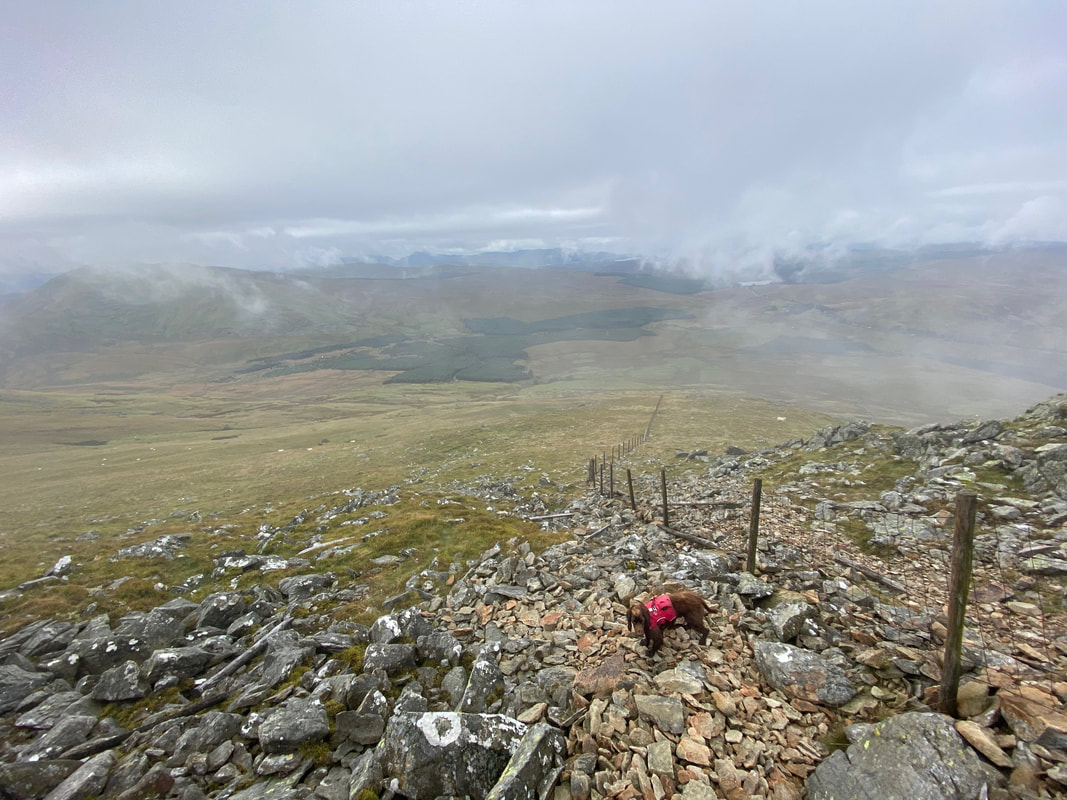 Leaving Arenig Fawr via an initial rocky descent. The way down is easy enough - just follow the fence line. 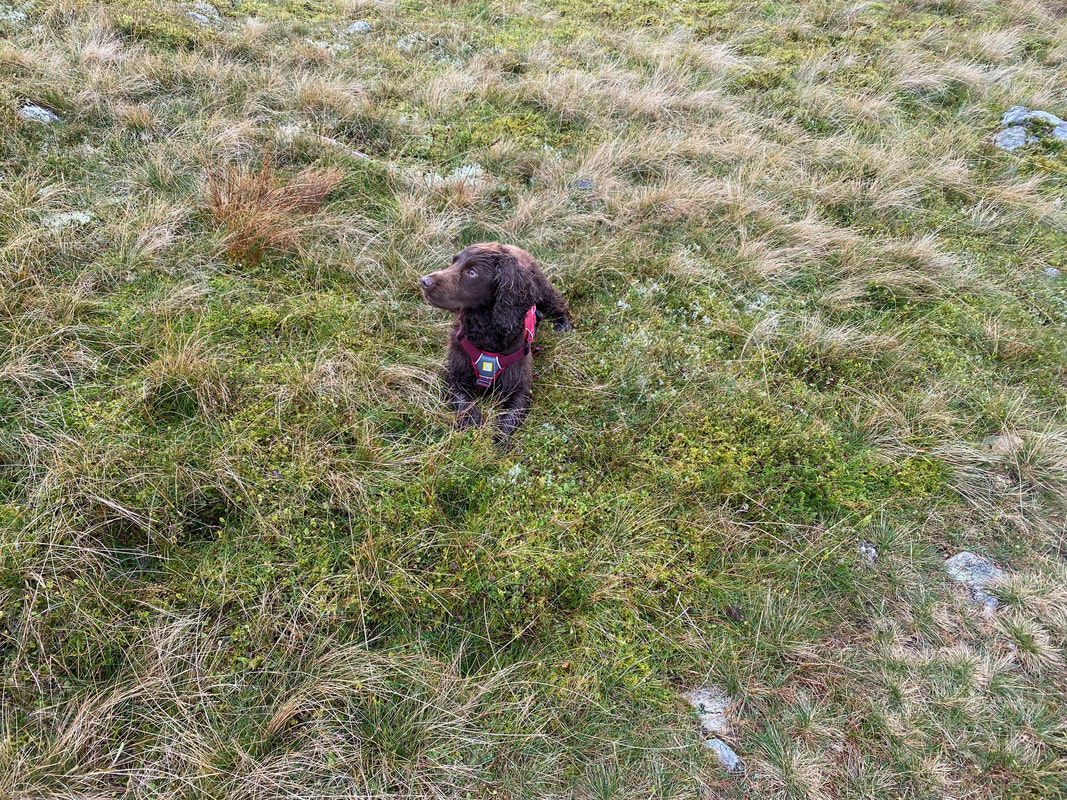 Despite the poor visibility someone had a fun day out 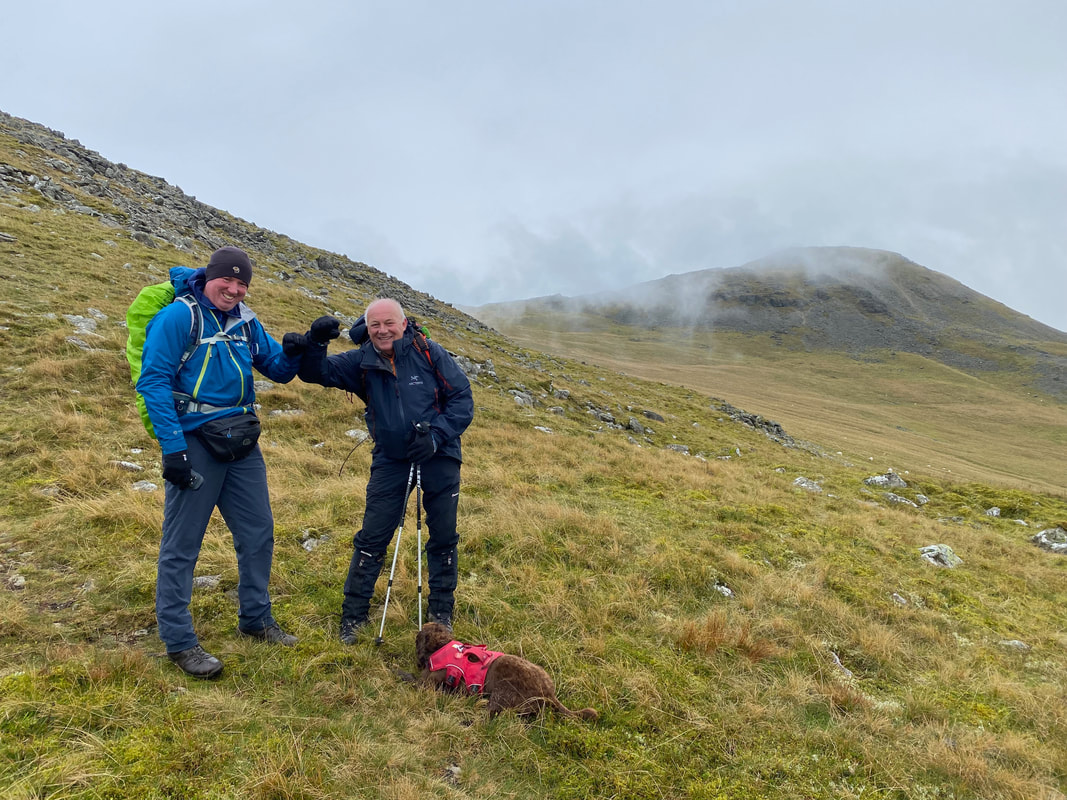 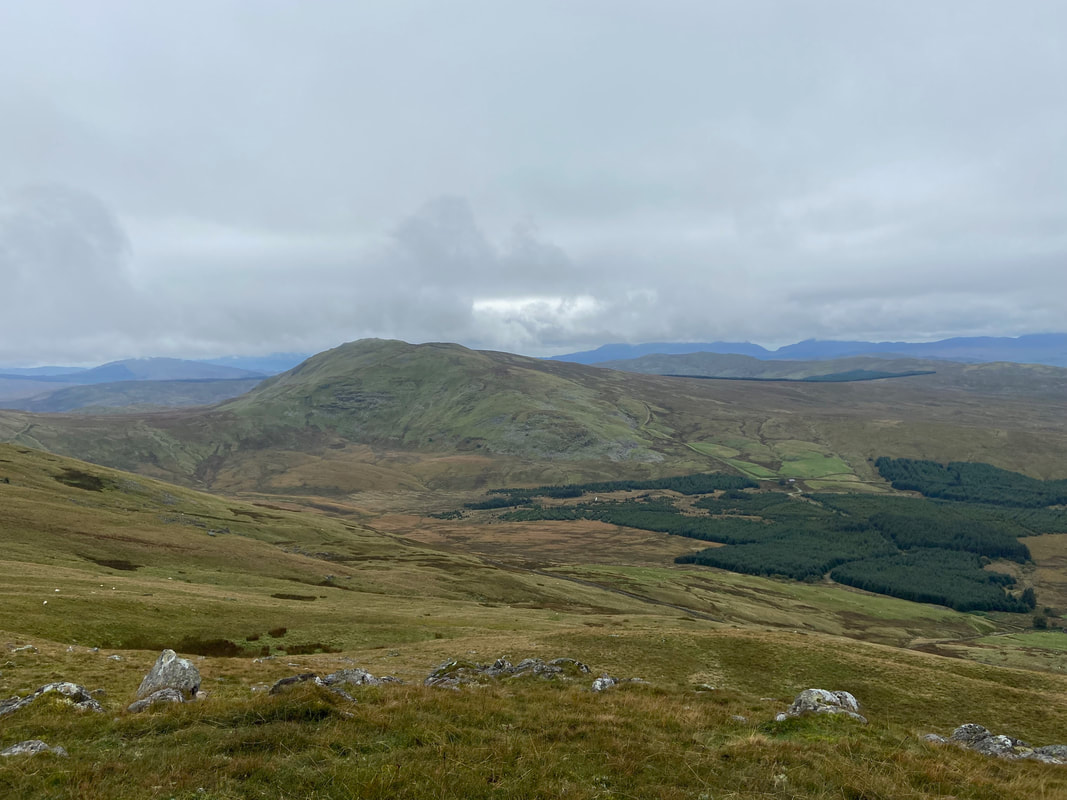 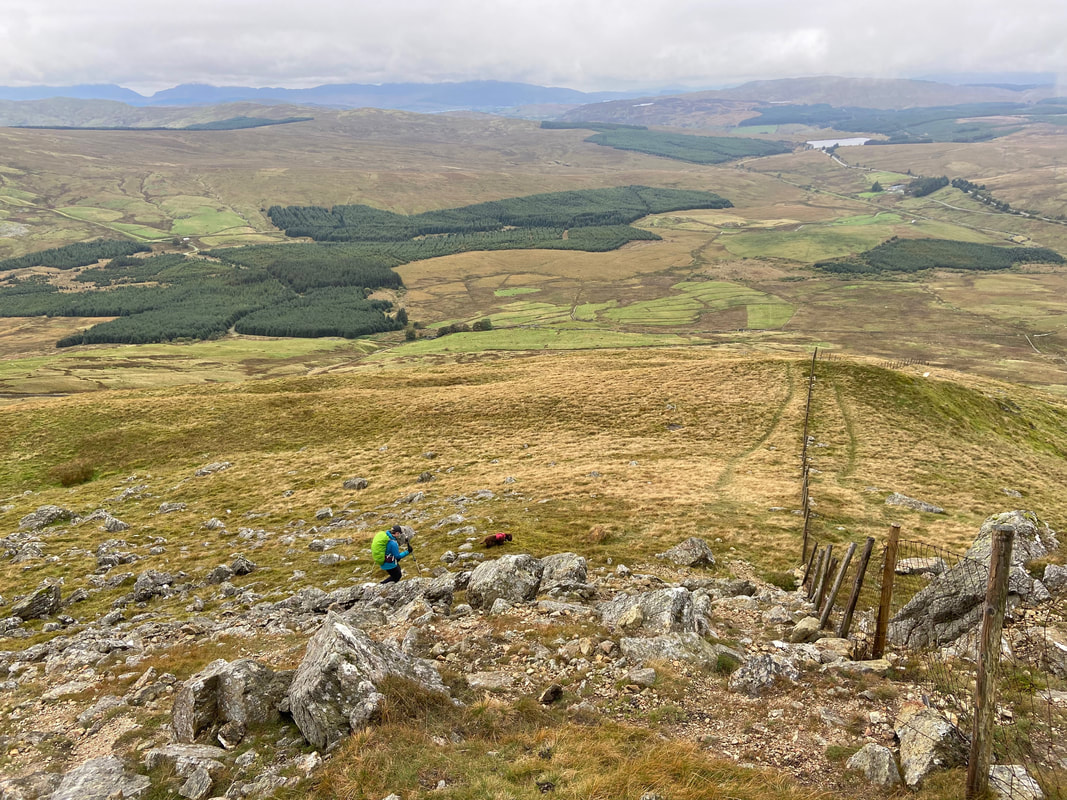 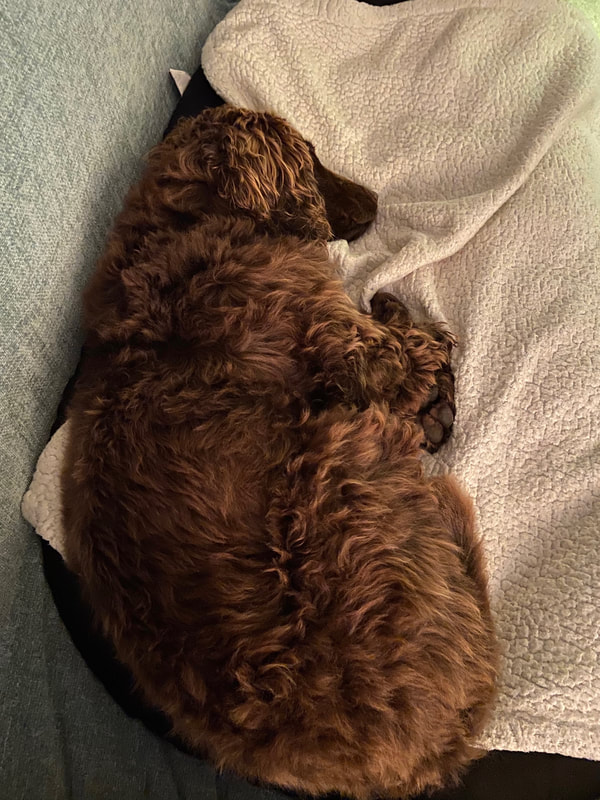