Verge Parking just above Low Newton-by-the-Sea (Free) - Grid Ref NU 2390 2492 (nearest postcode is NE66 3EN). There is also a large Pay & Display Car Park a few yards down the road on the right as you walk into Low Newton. 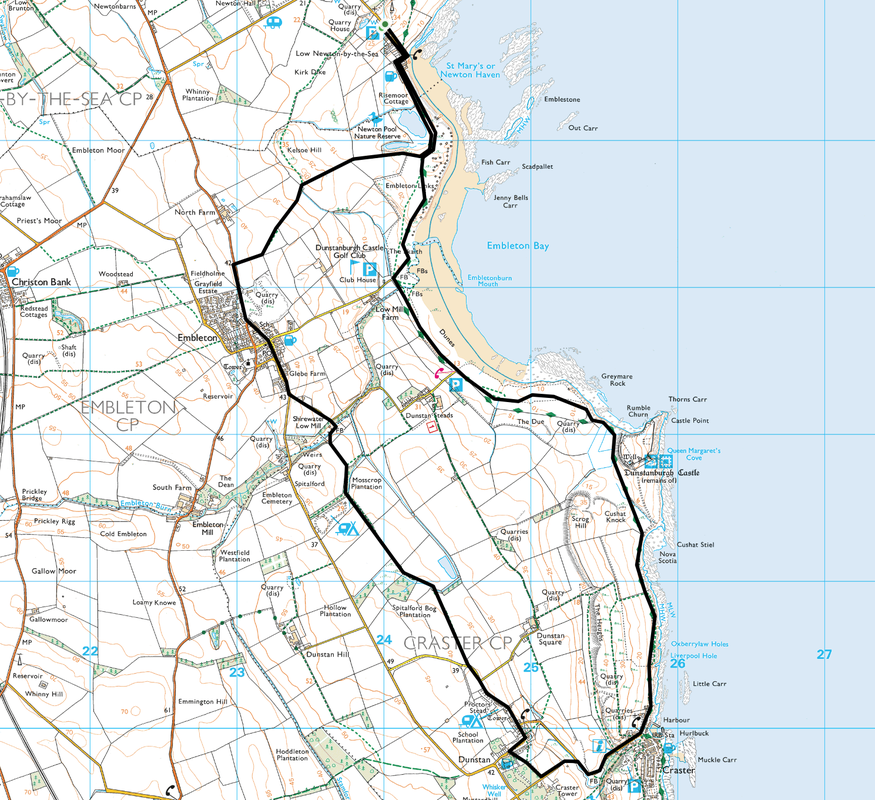 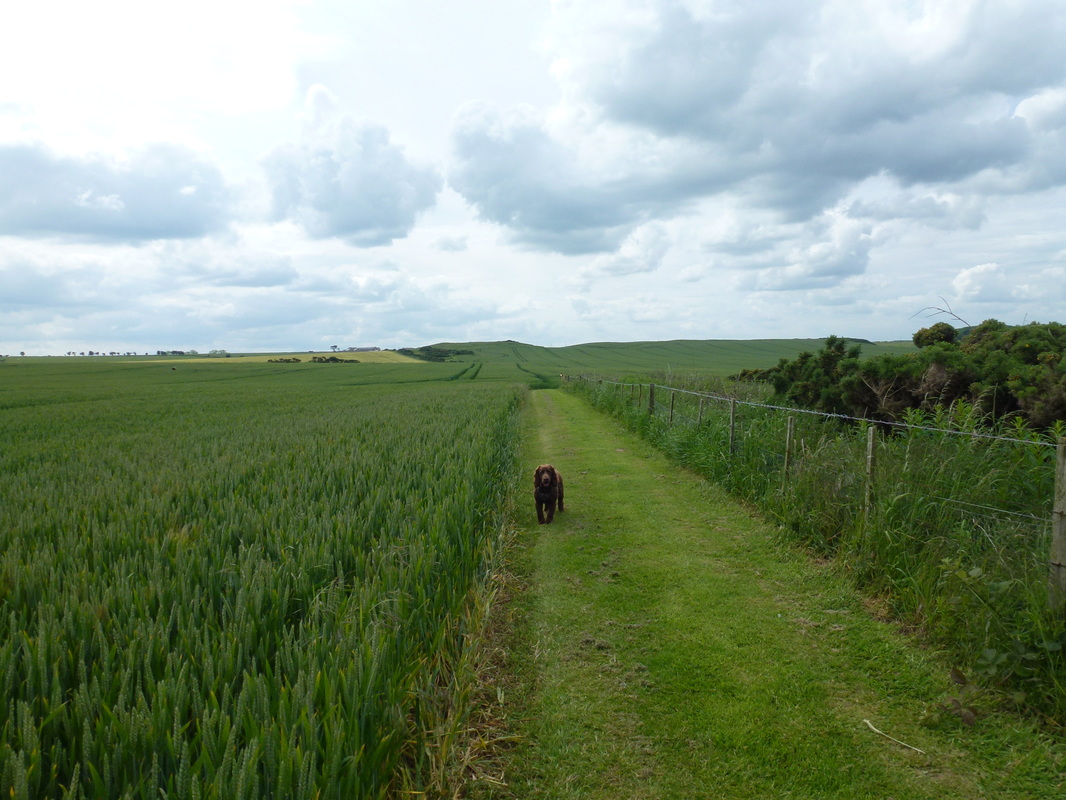 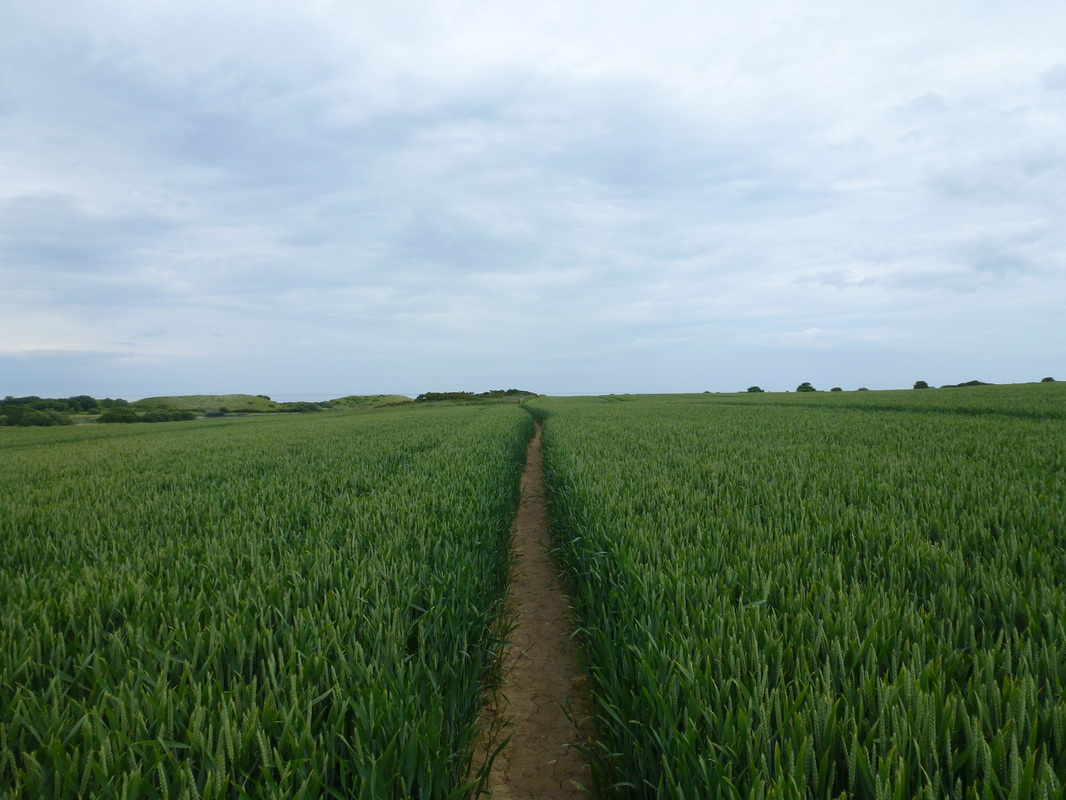 The grassy swathe gave way to a path through the crops - from previous experience when these sort of paths get a tad wet they become pretty slippy. 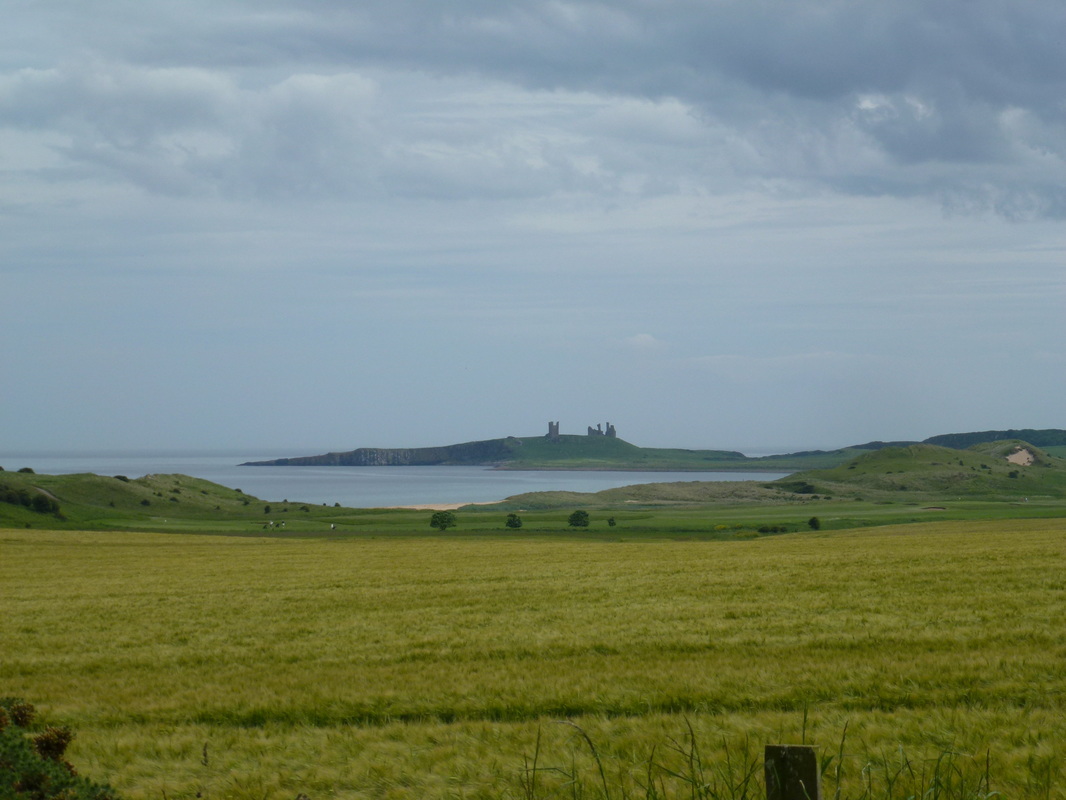 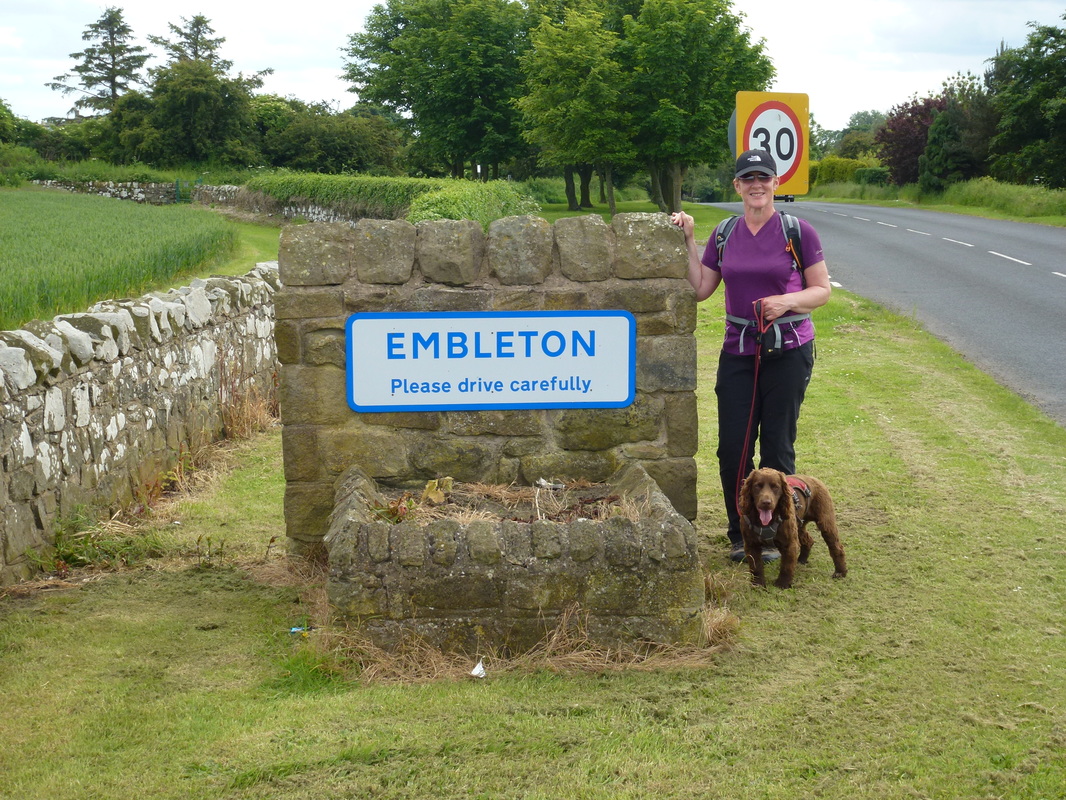 Arriving in the lovely village of Embleton - as can be seen, Fudge has his game face on 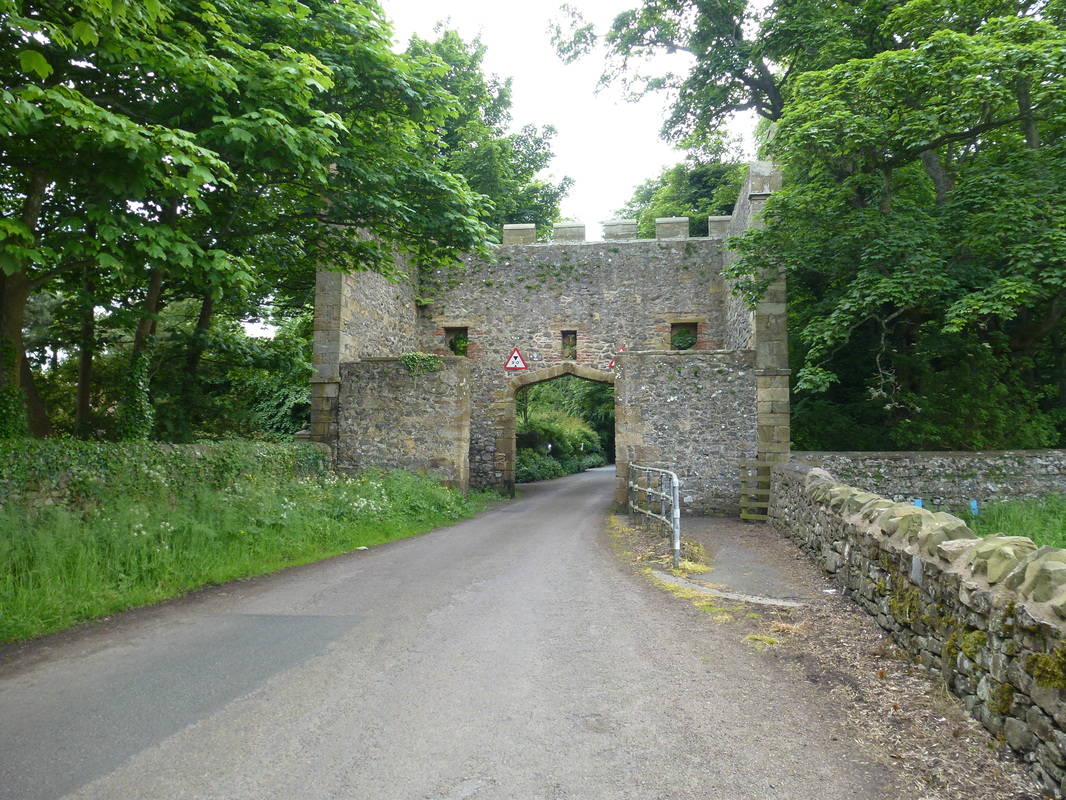 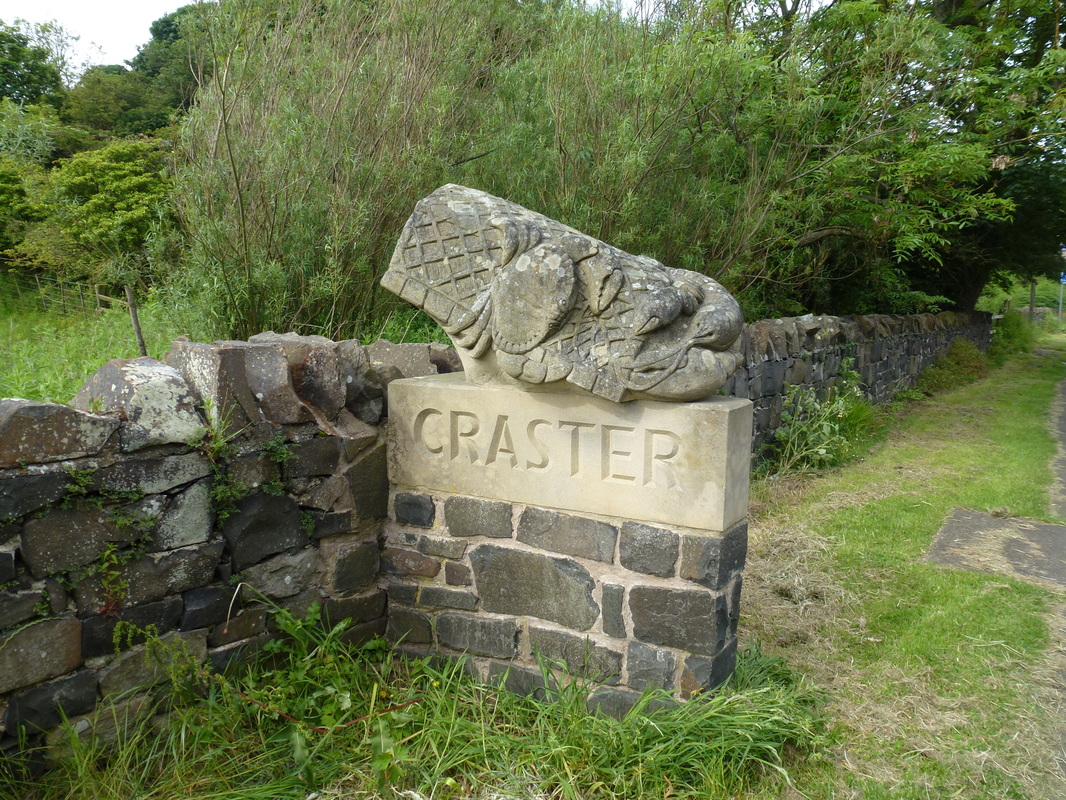 The road sign indicating we had arrived in Craster
The sign is made up of a net, crab & a fish and depicts the villages heritage as a fishing port although there are not many boats in the harbour these days. 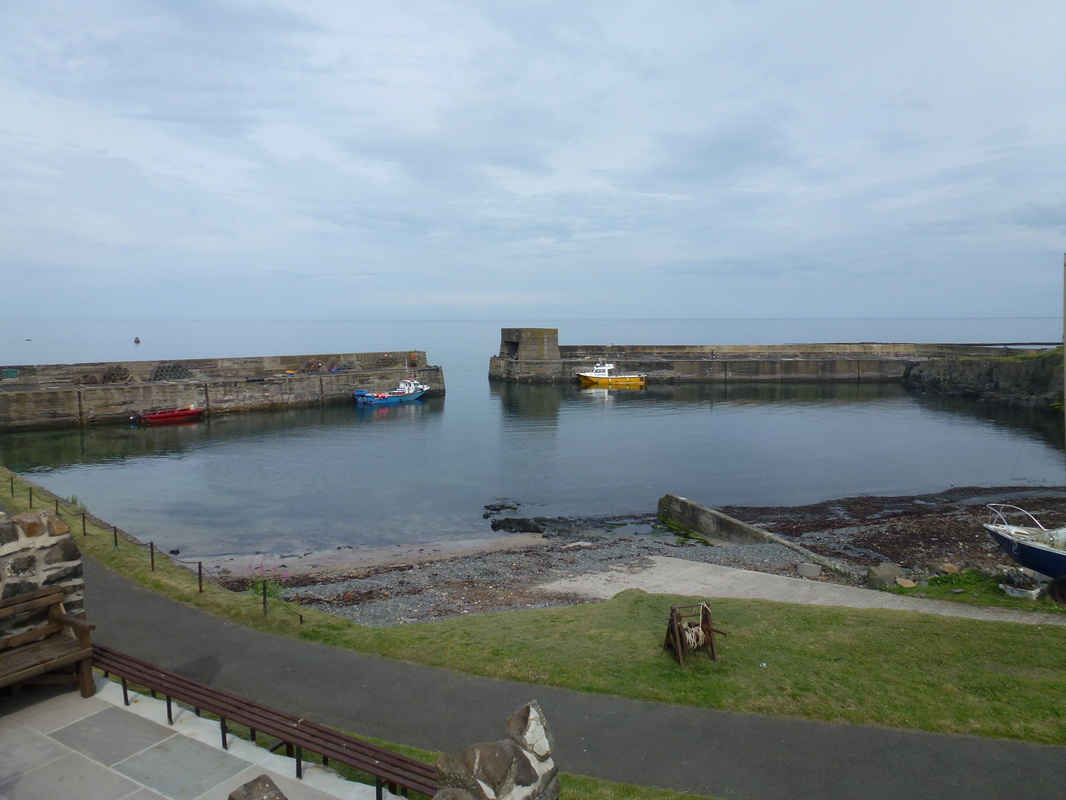 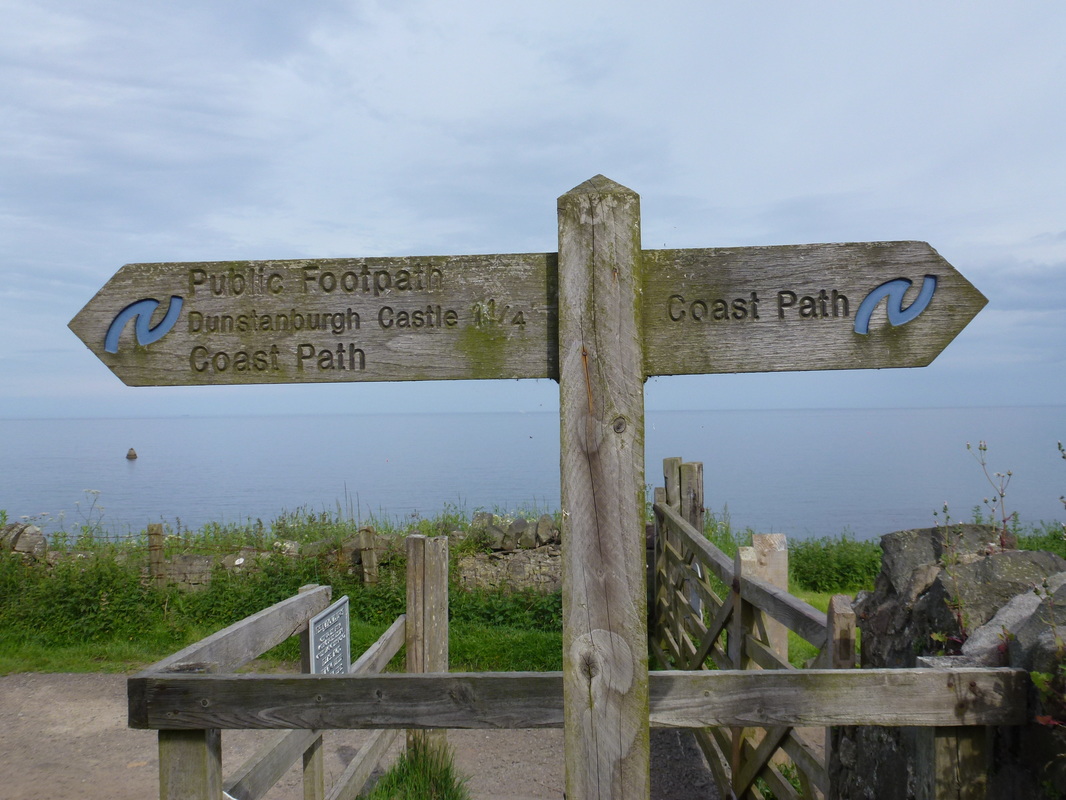 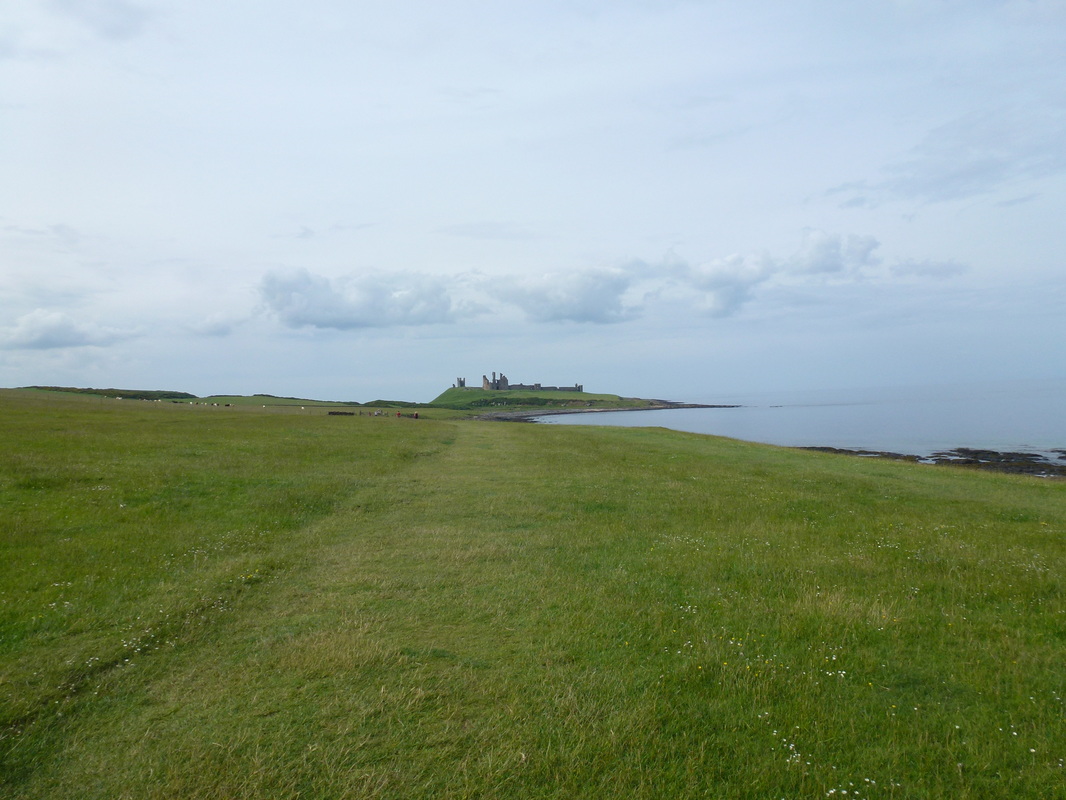 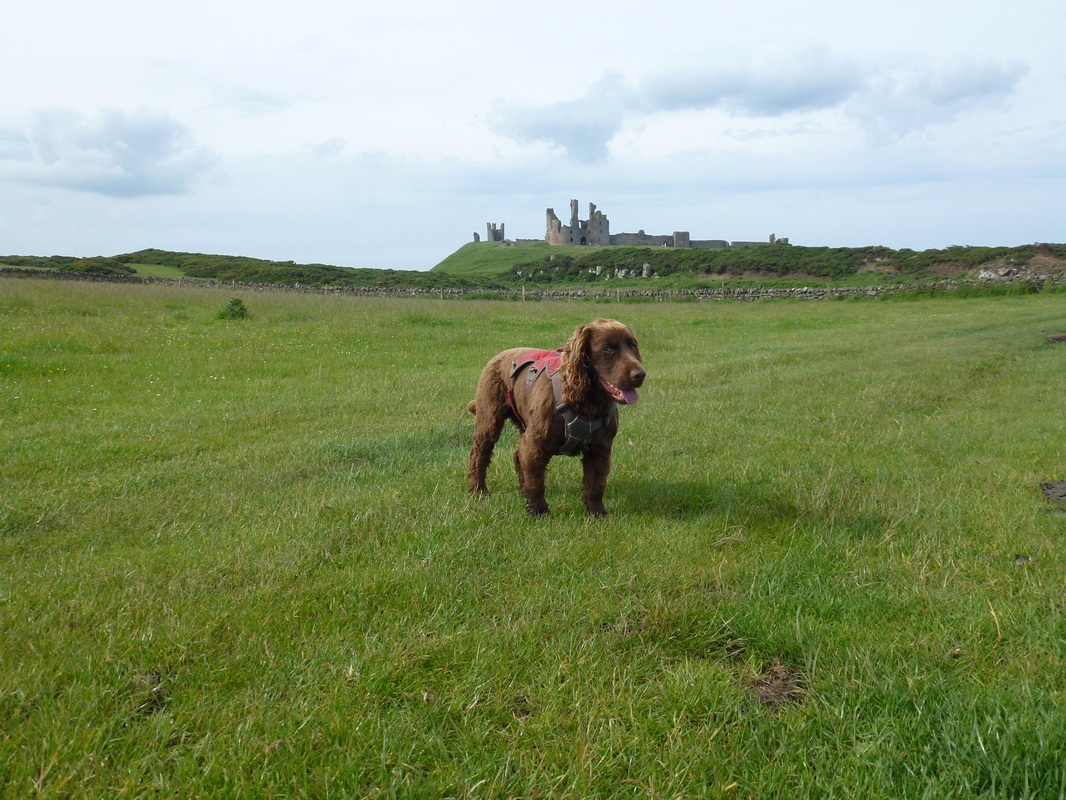 Large grassy swathes are his favourite type of terrain 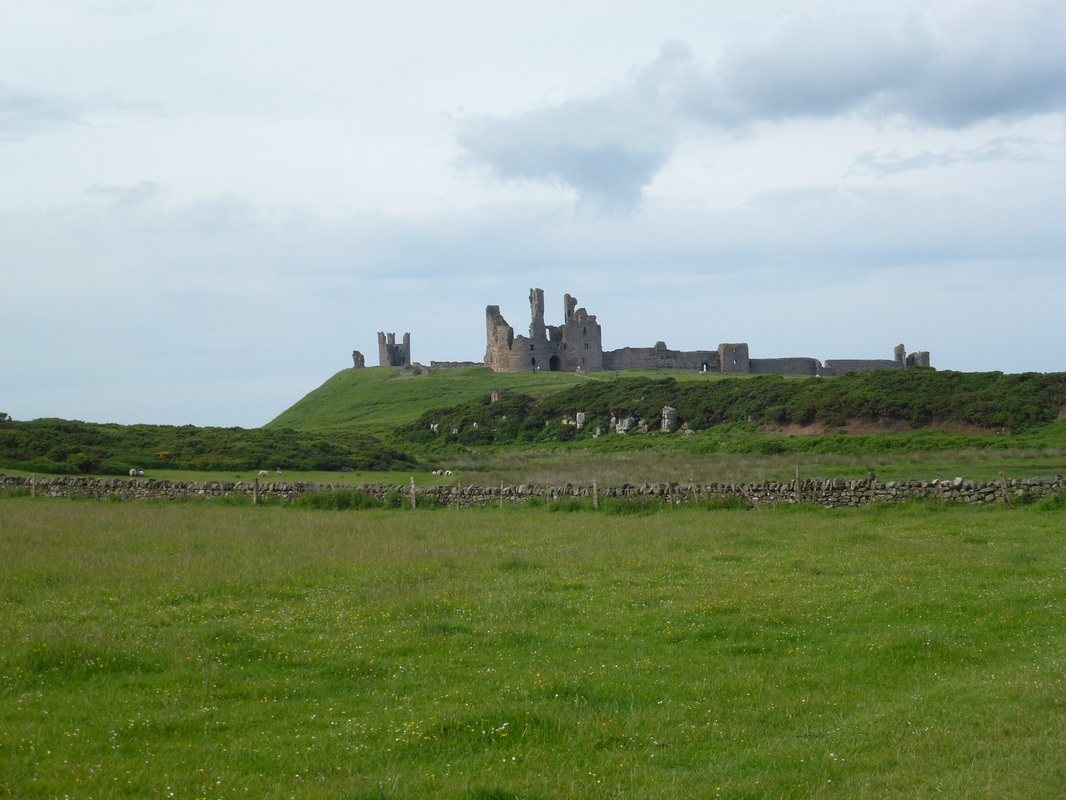 The castle was built at a time when relations between King Edward II and his most powerful baron, Earl Thomas of Lancaster, had become openly hostile. Lancaster began the fortress in 1313, and the latest archaeological research indicates that he built it on a far grander scale than was originally recognised, perhaps more as a symbol of his opposition to the King than as a military stronghold. Unfortunately the earl failed to reach Dunstanburgh when his rebellion was defeated, and was taken and executed in 1322. Thereafter the castle passed eventually to John of Gaunt, who strengthened it against the Scots by converting the great twin towered gatehouse into a keep. The focus of fierce fighting during the Wars of the Roses, it was twice besieged and captured by Yorkist forces, but subsequently fell into decay. 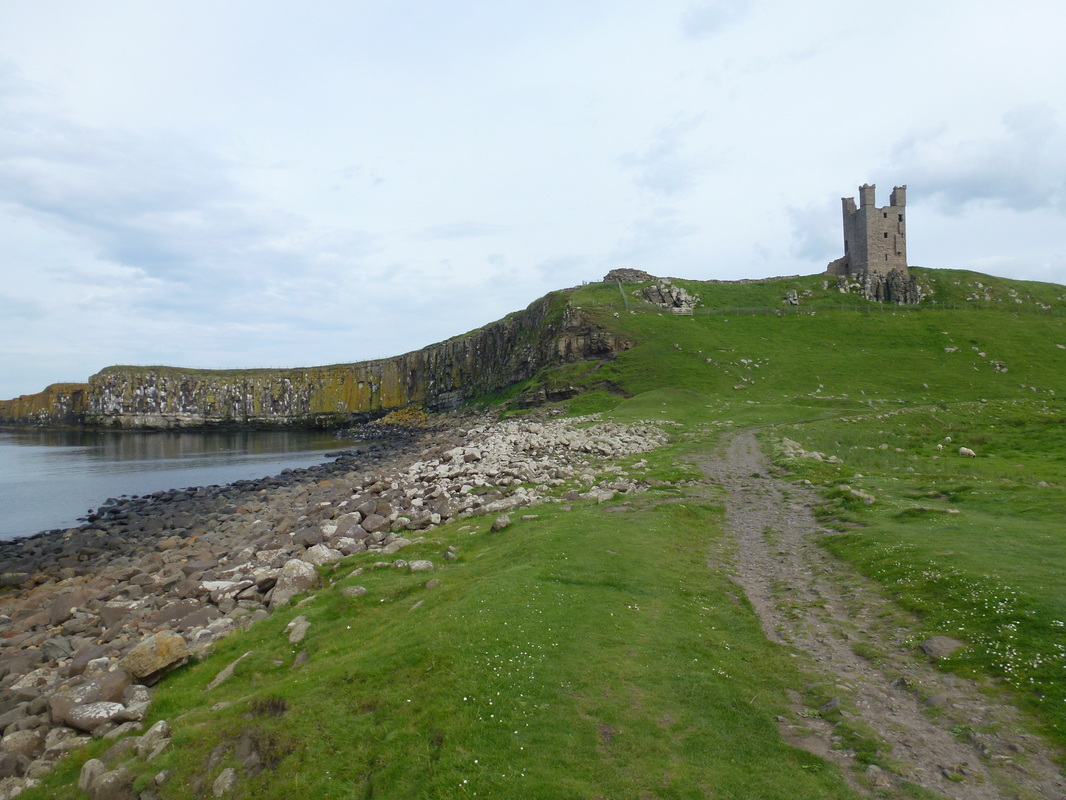 The Lilburn Tower at Dunstanburgh Castle 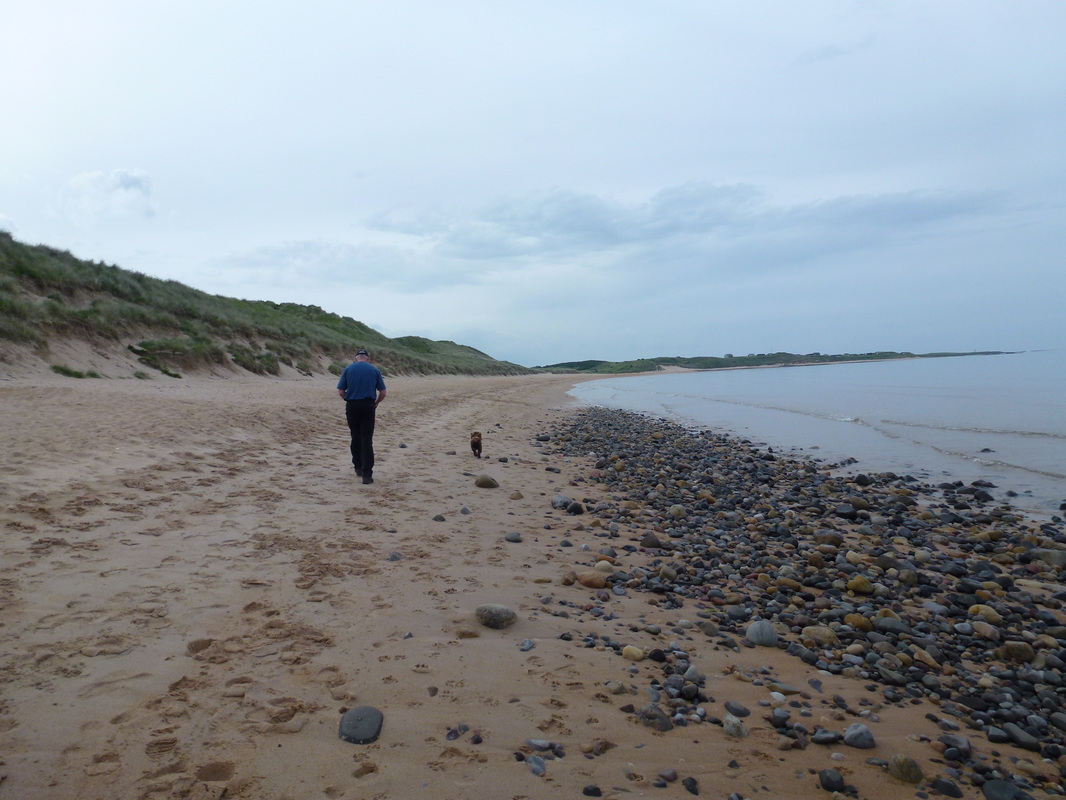 A delightful section of walking as we cross Embleton Bay 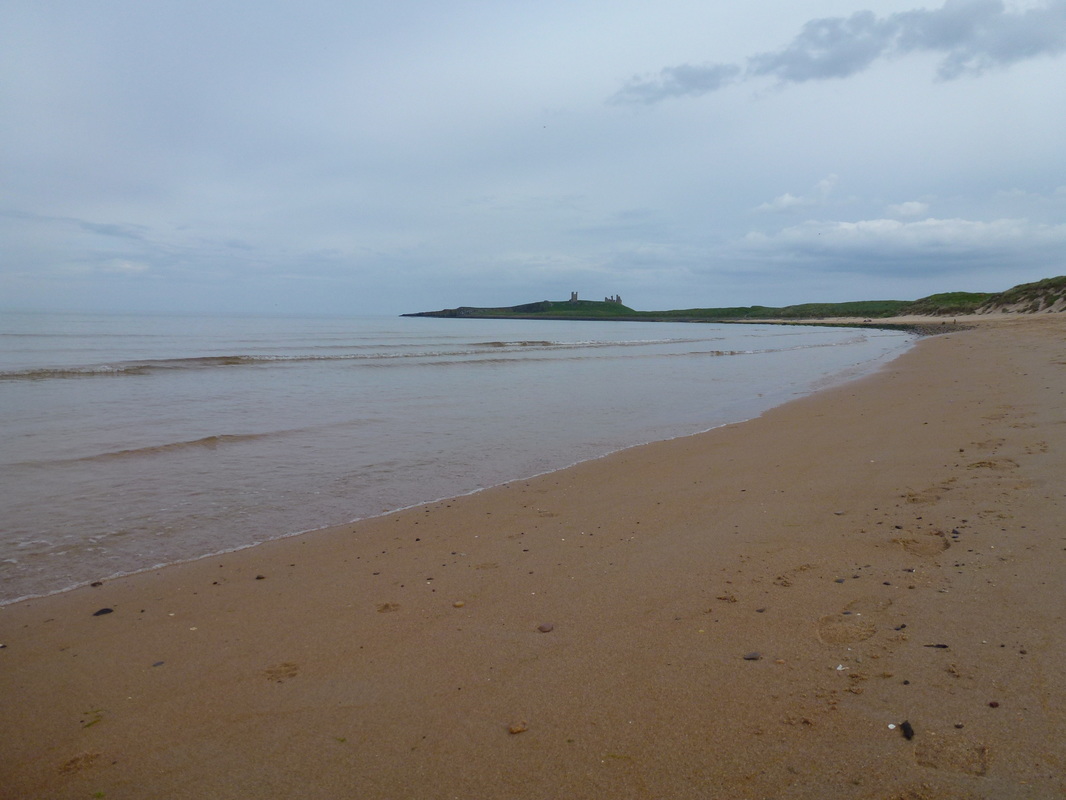 Looking back to the castle from Embleton Bay
Home