Forest tracks with some walking on minor roads
​
​Weather

Mild and overcast with some sunny spells

​Dave, Angie & Fudge
​If the above GPX file fails to download or presents itself as an XML file once downloaded then please feel free to contact me and I will send you the GPX file via e-mail.  ​​ 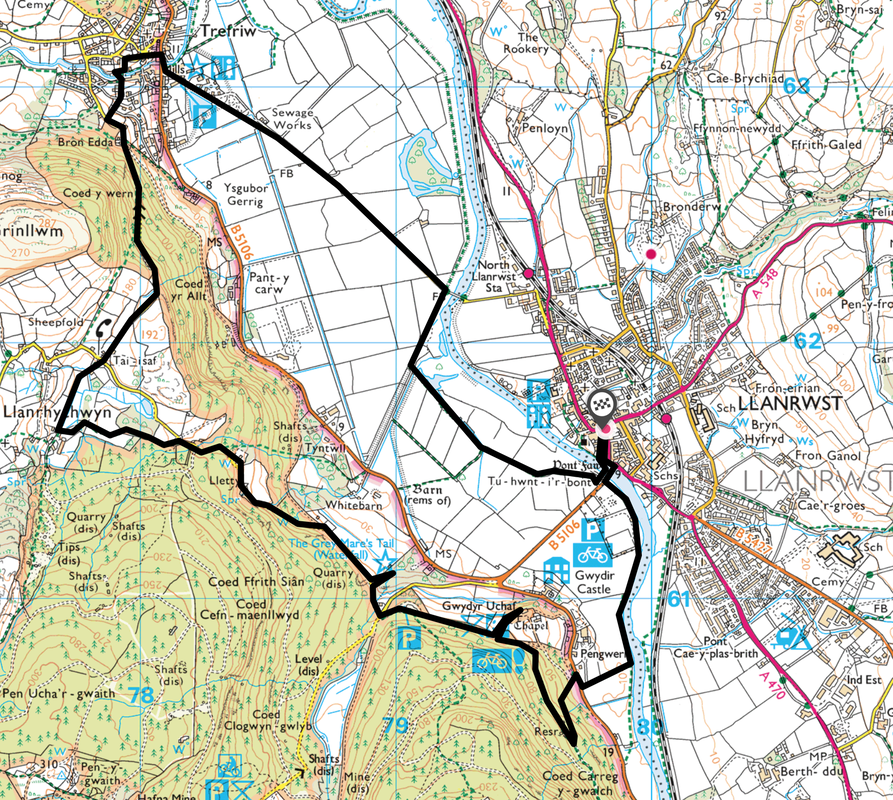 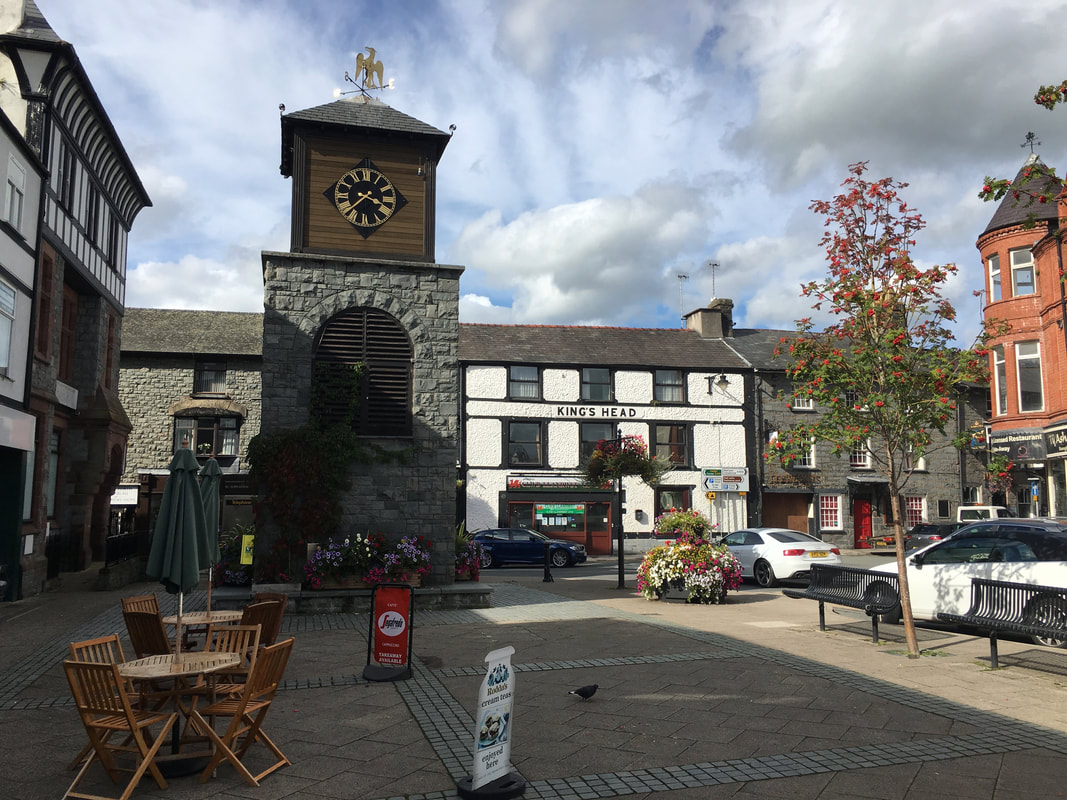 The walk started from the Clock Tower at Ancaster Square in Llanrwst.  The clock in the tower was made by the famous Owen clock making family of Llanrwst. Llanrwst was at one time famed for its clock making. 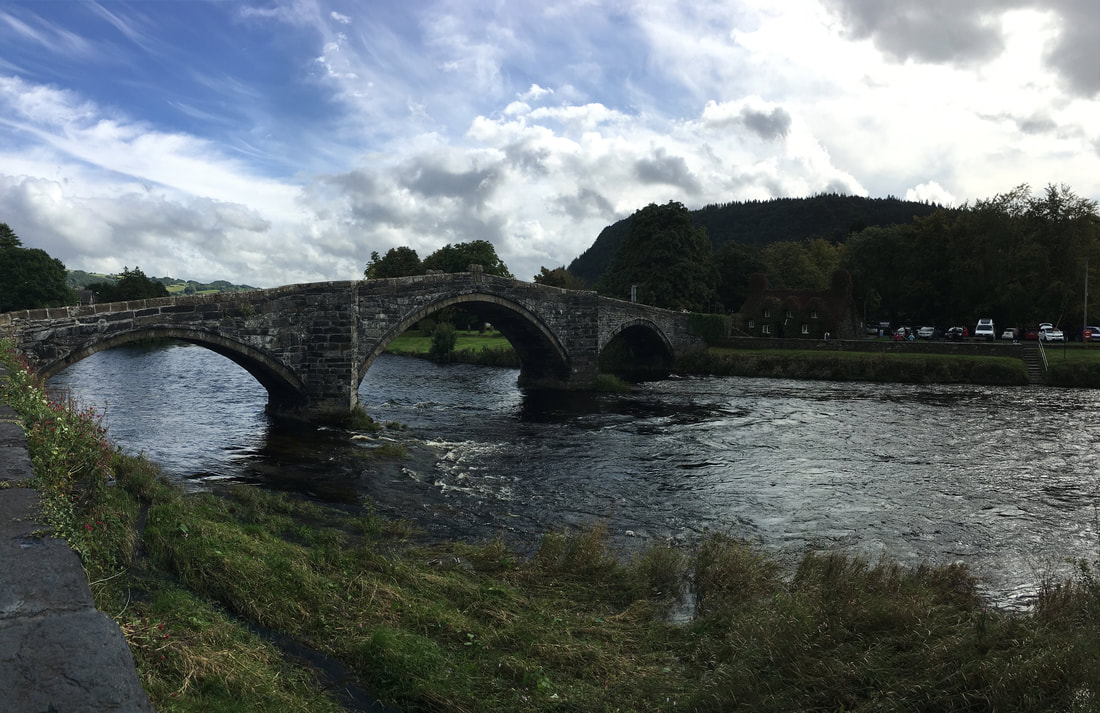 The three spans of Pont Fawr rise elegantly over the River Conwy and carries the B5106 between Llanrwst and Gwydir Castle. Its central arch had the largest span in Wales when built. The bridge’s design is popularly attributed to architect Inigo Jones (1573-1652), though this is not proven. Pont Fawr is also known as the Shaking Bridge, as it vibrates if the parapet is struck above the central arch. It is constructed of local stone. 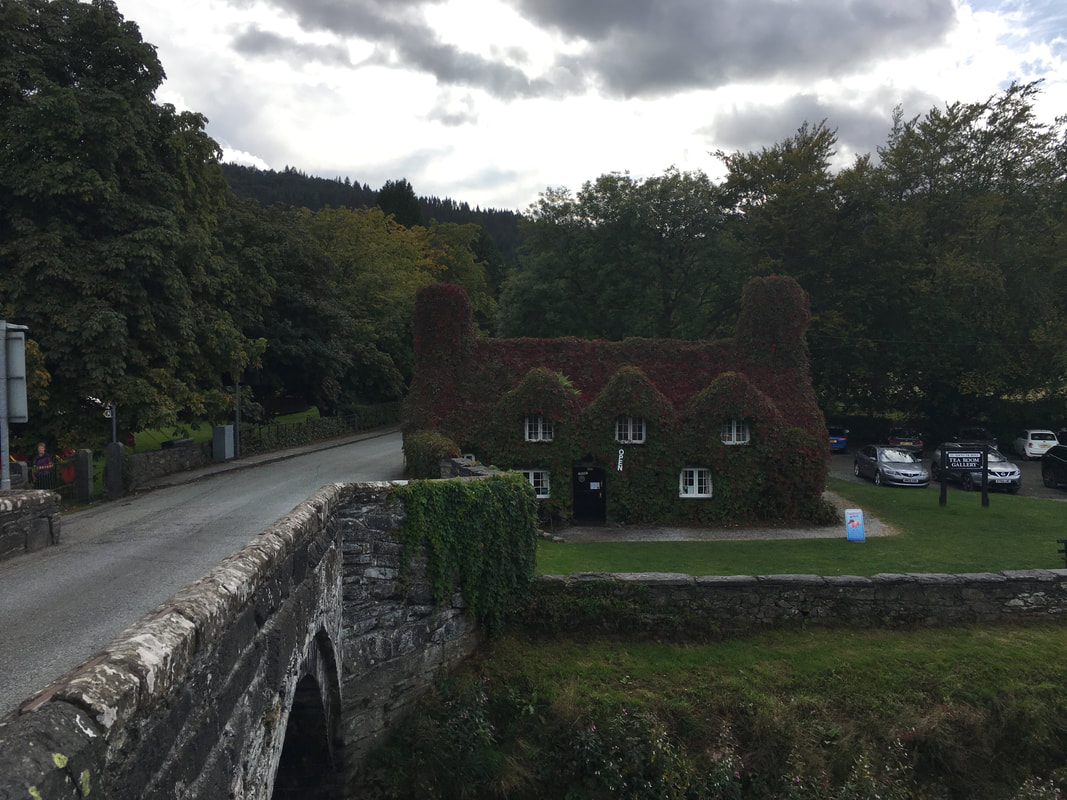 Crossing Pont Fawr looking to Tu Hwnt I'r Bont (Beyond the Bridge).
Built in the 15th Century, the structure was originally erected as a farmhouse. Some years later, during the 16th century the building was used as the Courthouse for the surrounding area. Over the centuries Tu Hwnt i’r Bont fell into disrepair several times and consequently been rebuilt and restored. During the last century the building was acquired by the National Trust who have since leased the building for over 50 years. A decision was made by the original leaseholder, over half a century ago, to turn Tu Hwnt i’r Bont into a traditional Welsh Tea Room. 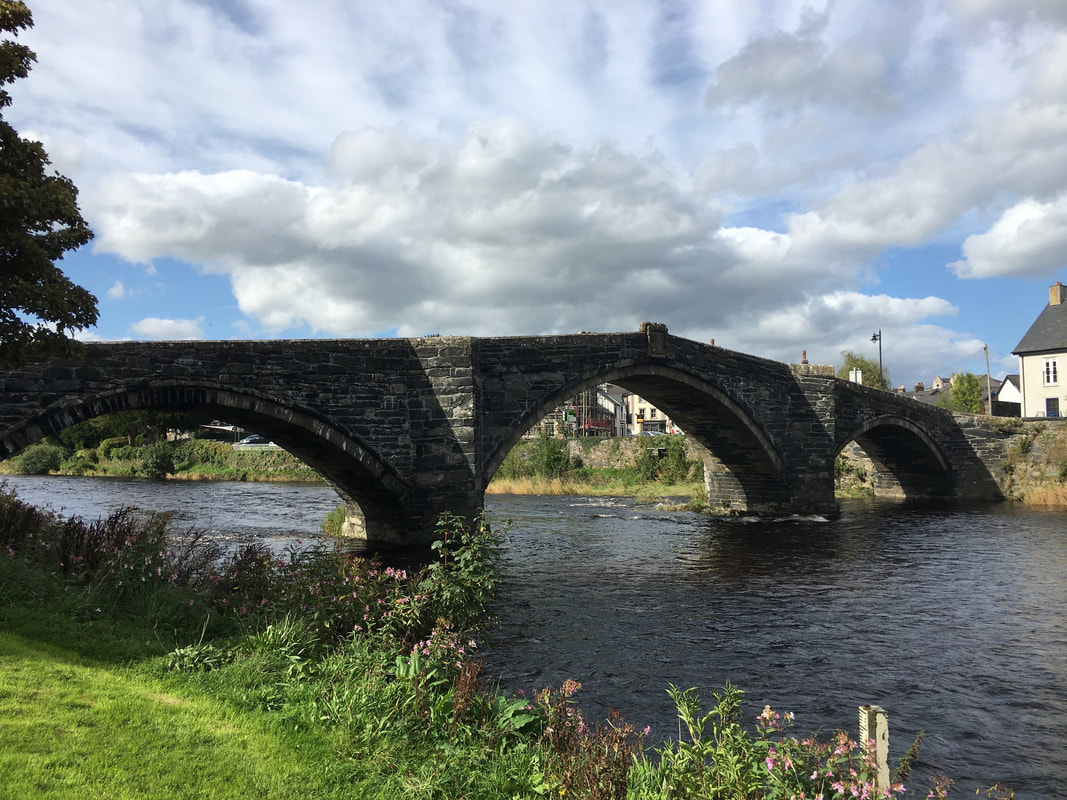 Pont Fawr from the southern bank of the River Conwy 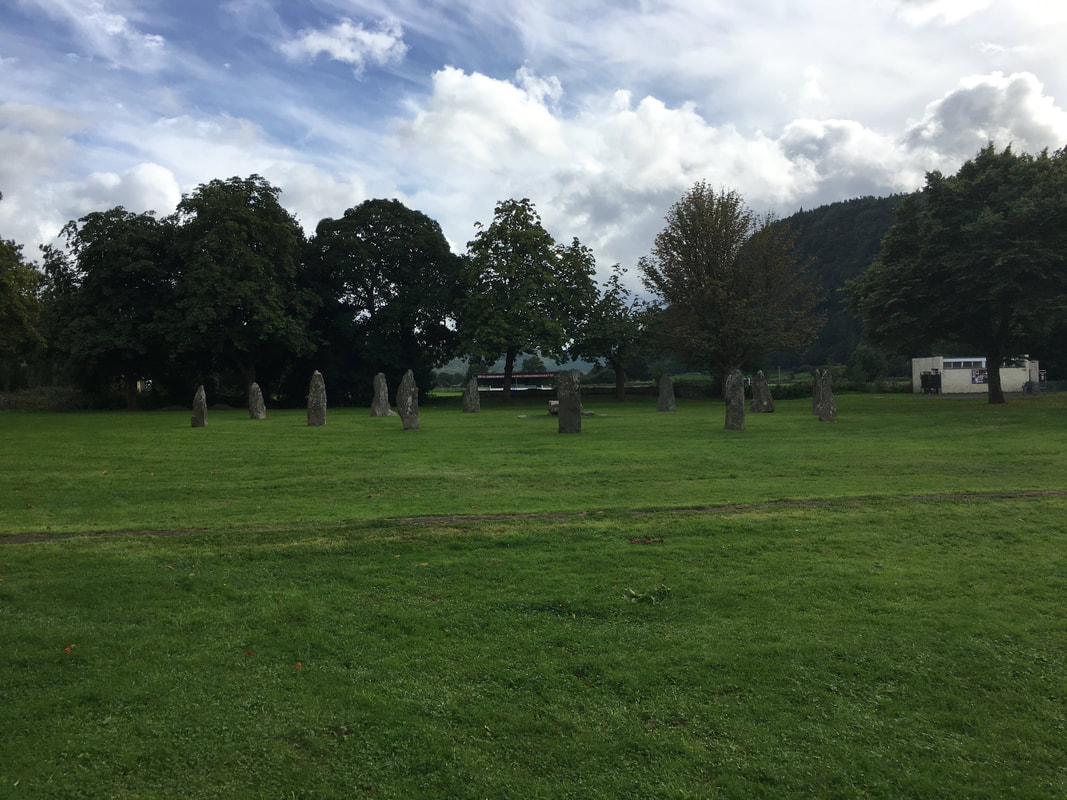 Gorsedd Stone Circle, Llanrwst.  The circle was built in 1951 to commemorate the Eisteddfod (sitting together) held in the town that year. It consists of 14 large stones, twelve in the circle and two outliers to the north east at about 6 feet (1.8 metres) high. 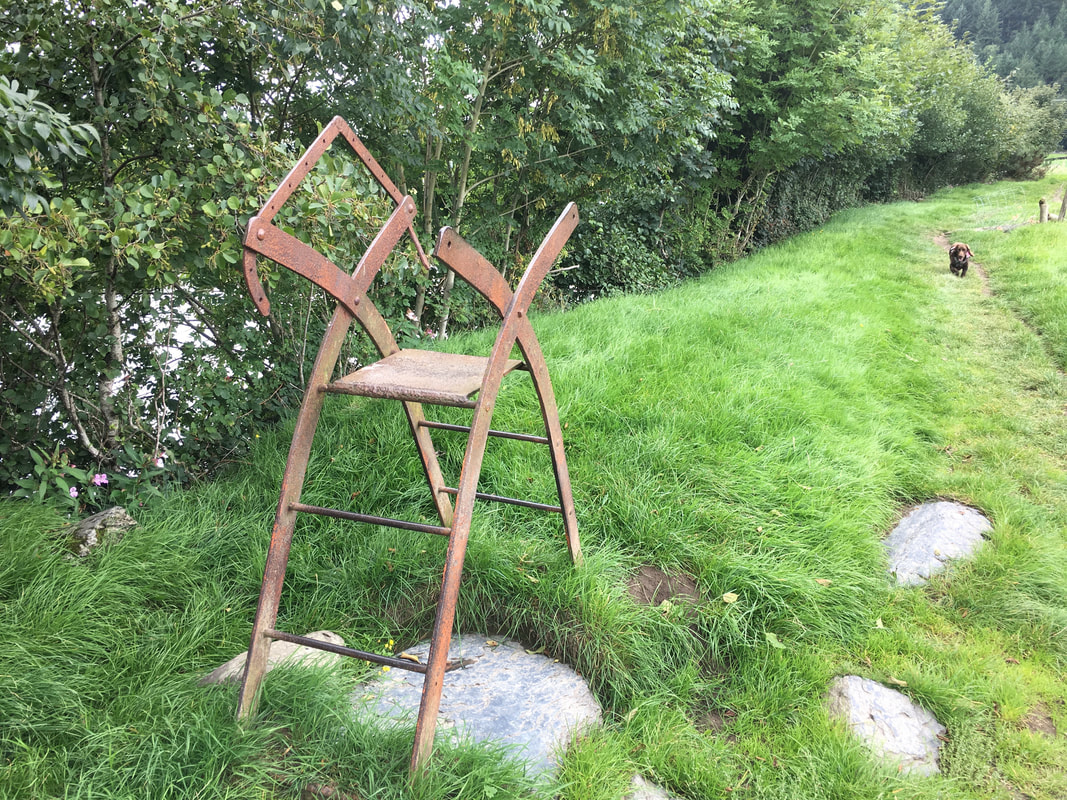 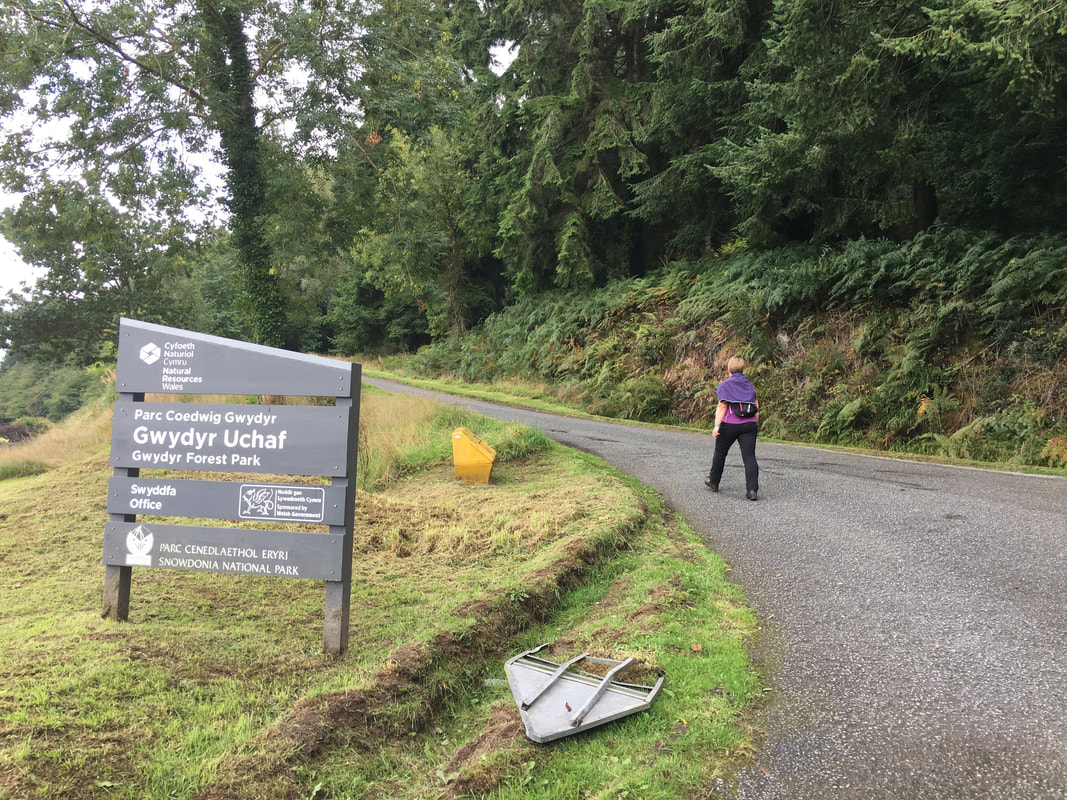 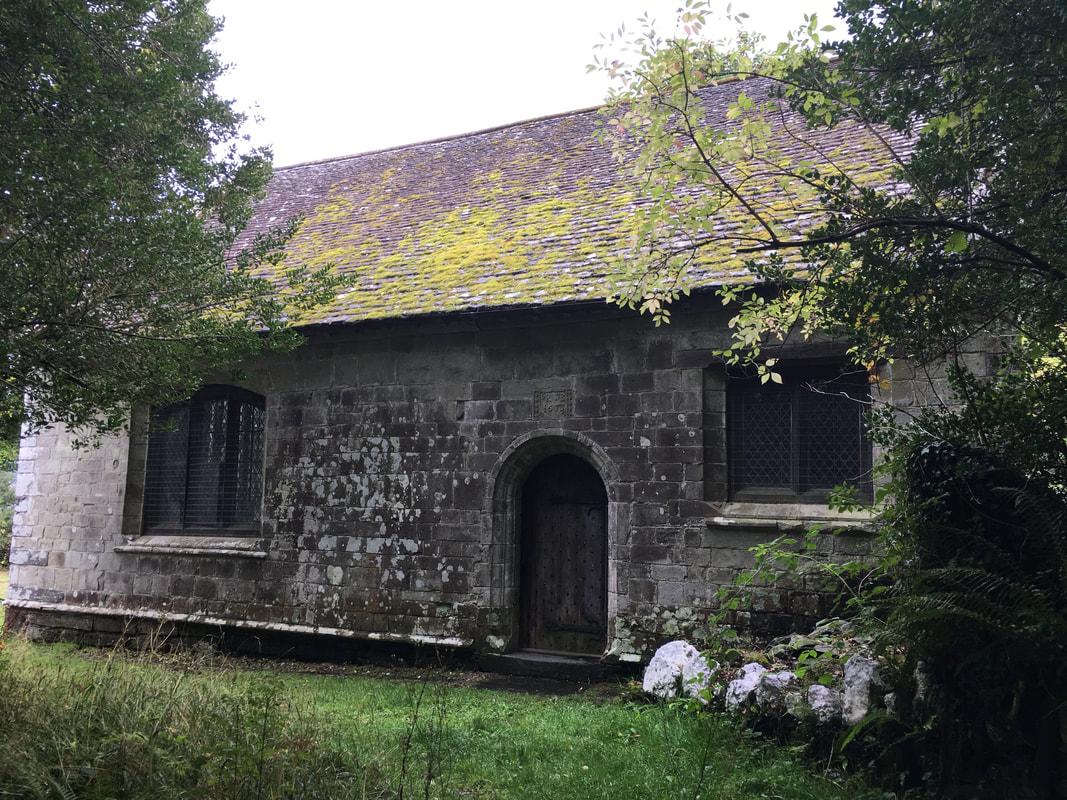 A slight detour can be made to visit the tiny chapel of Gwydyr Uchaf.  When the owner of Gwydir Castle wanted his own place of worship he built his own private chapel. The owner in question was Sir Richard Wynn, a member of the influential Wynn family who also built Plas Mawr (‘The Big House’) in Conwy, one of the finest Elizabethan townhouses in Britain. Begun in 1673, the chapel’s simple stone exterior belies what you find within. It’s a lavish affair blending Gothic and Renaissance styles, with a pulpit embellished by carved figures. But it’s when you gaze upwards that Gwydir’s great glory is revealed: a celestial painted ceiling adorned with angels, doves, cherubs and symbols of the sun, moon and stars. 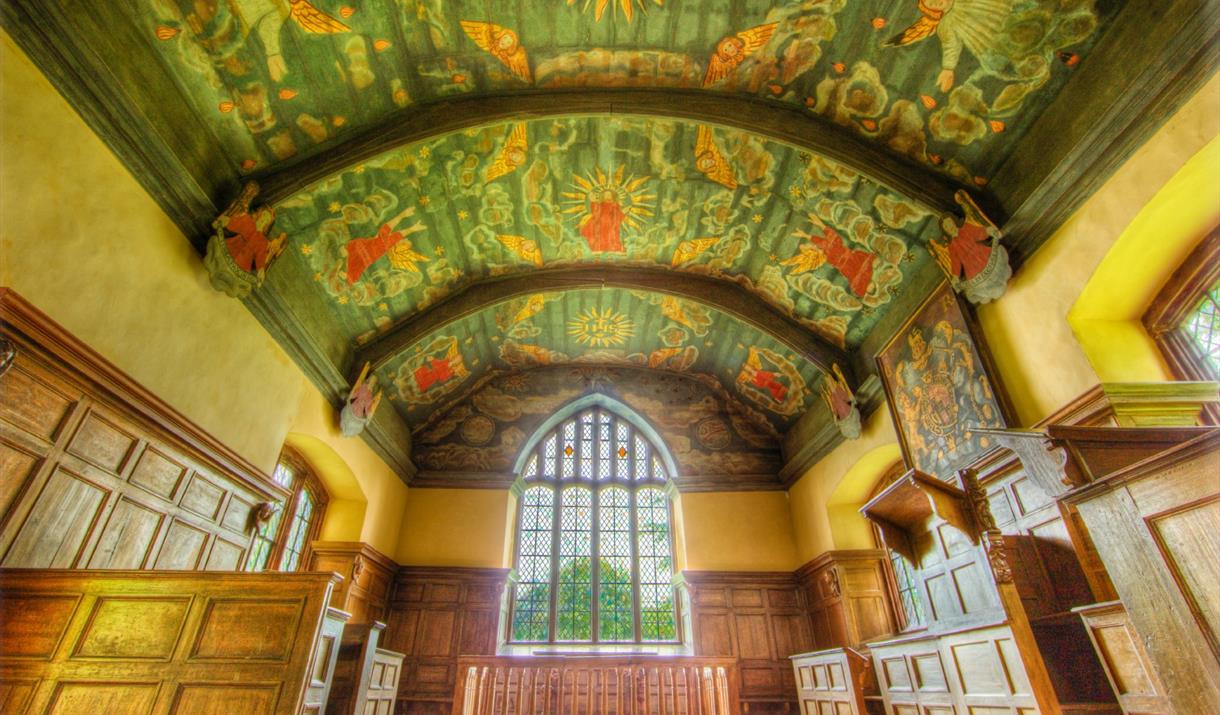 The beautiful interior of the chapel complete with painted ceiling 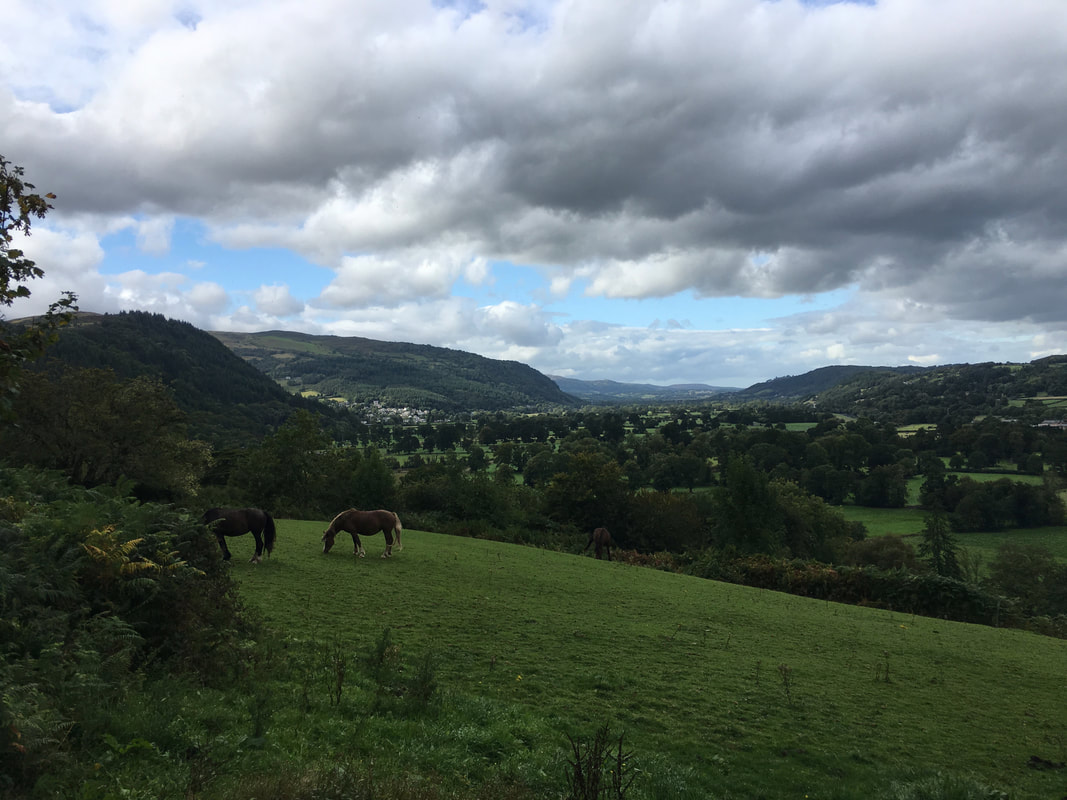 Looking to Llanrwst from the forest road 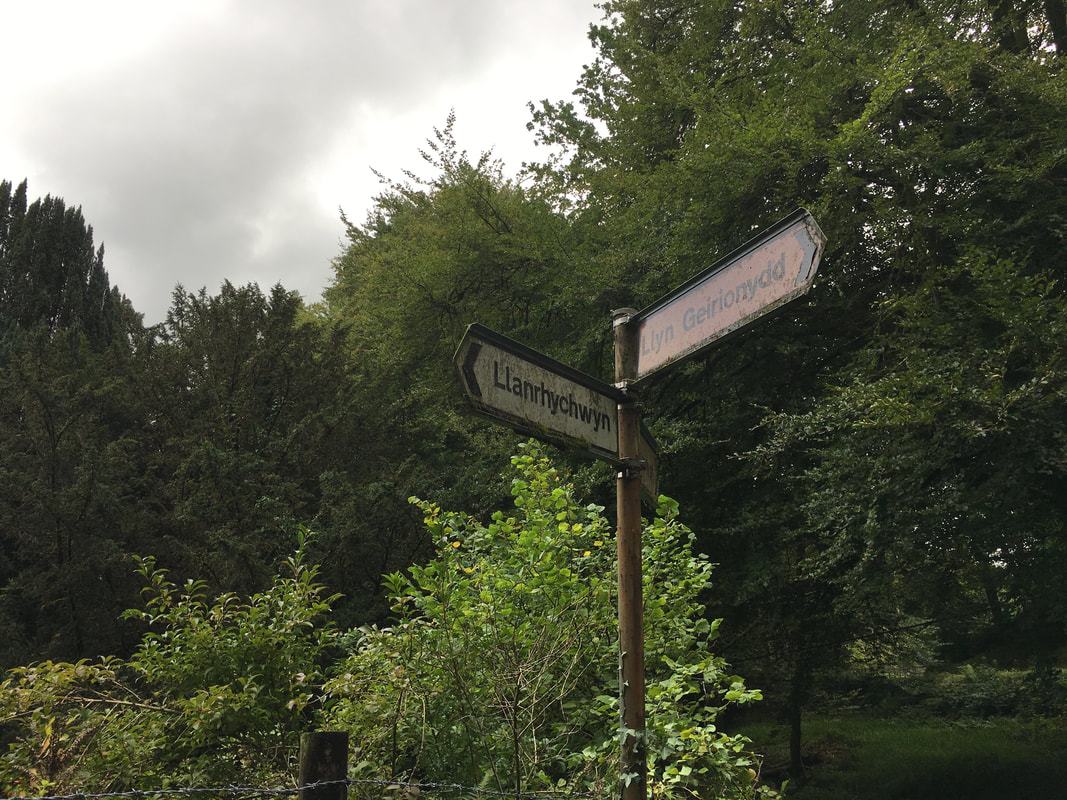 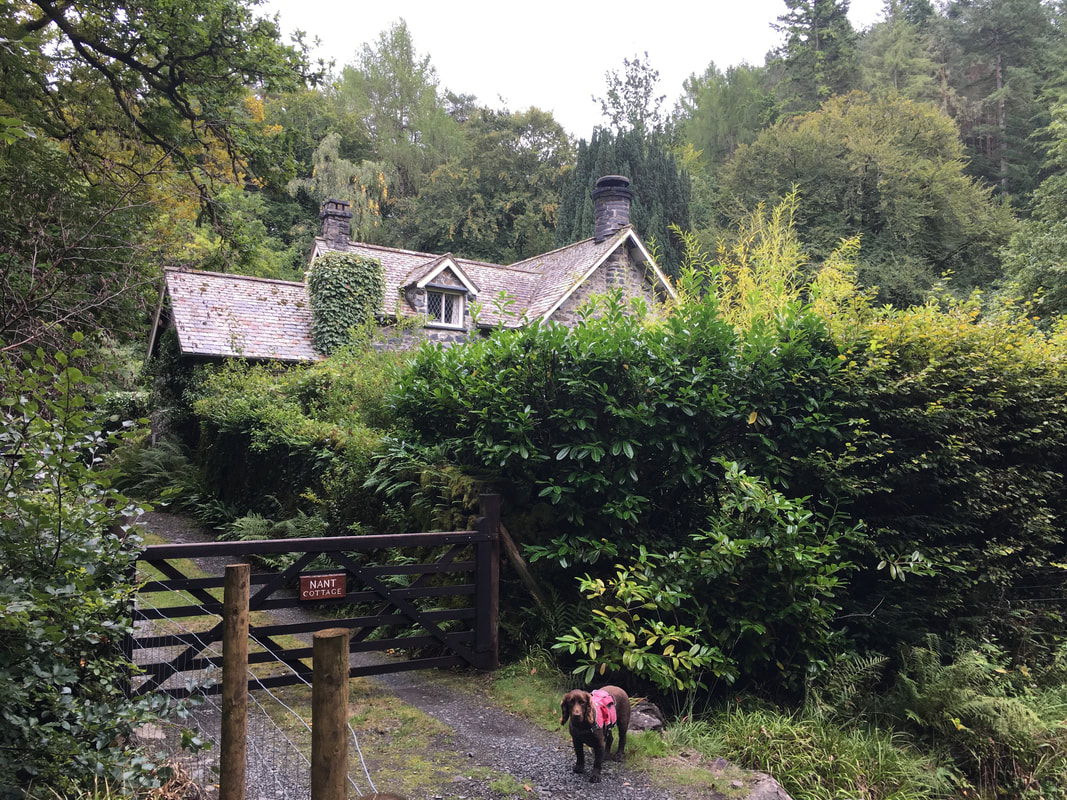 No not that way Fudge - that is a private house 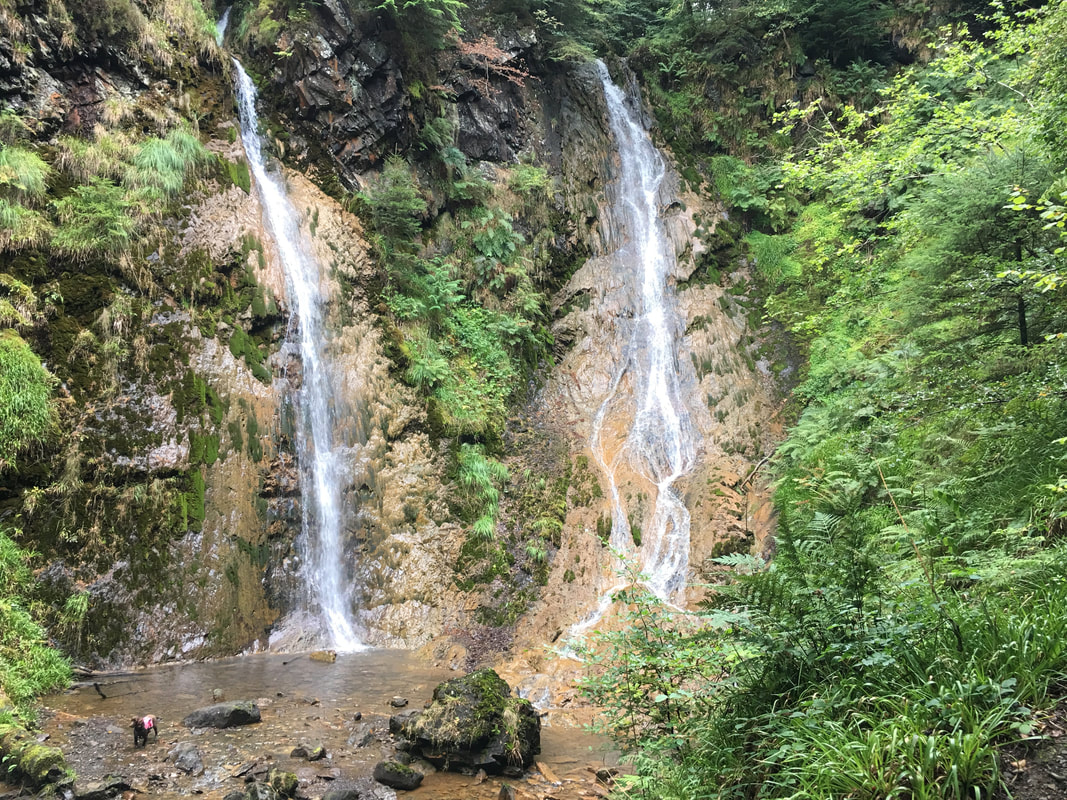 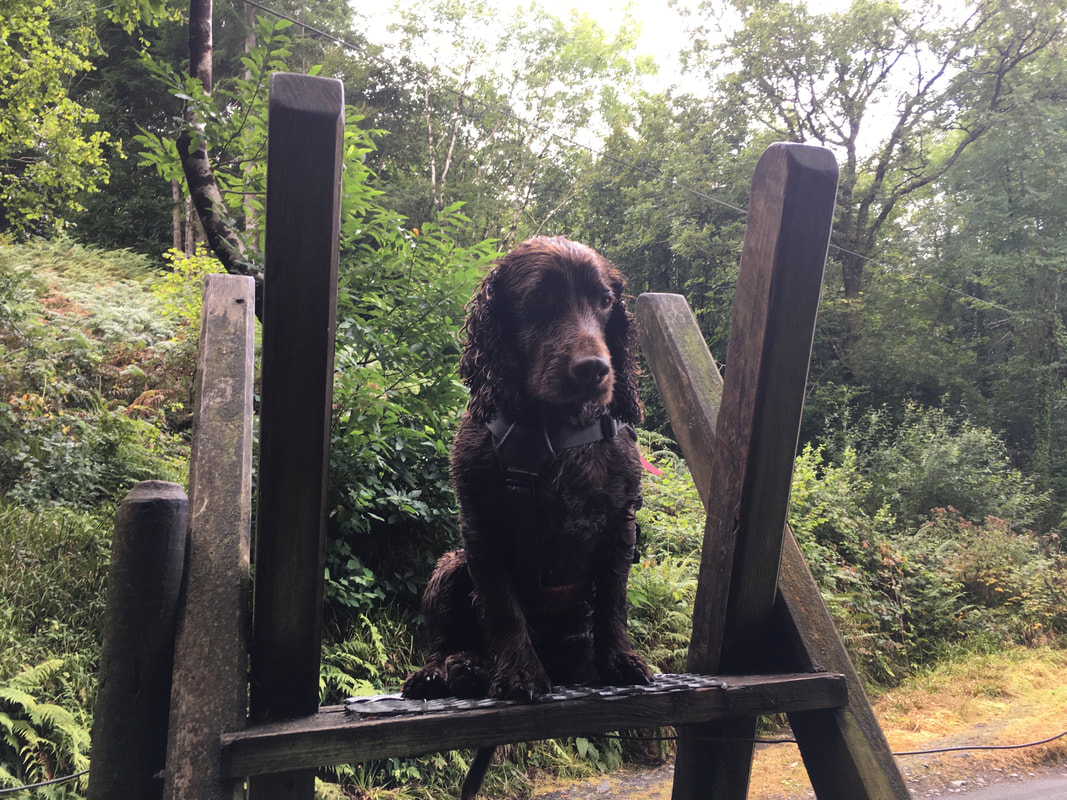 A post arsing about shot of the water nymph 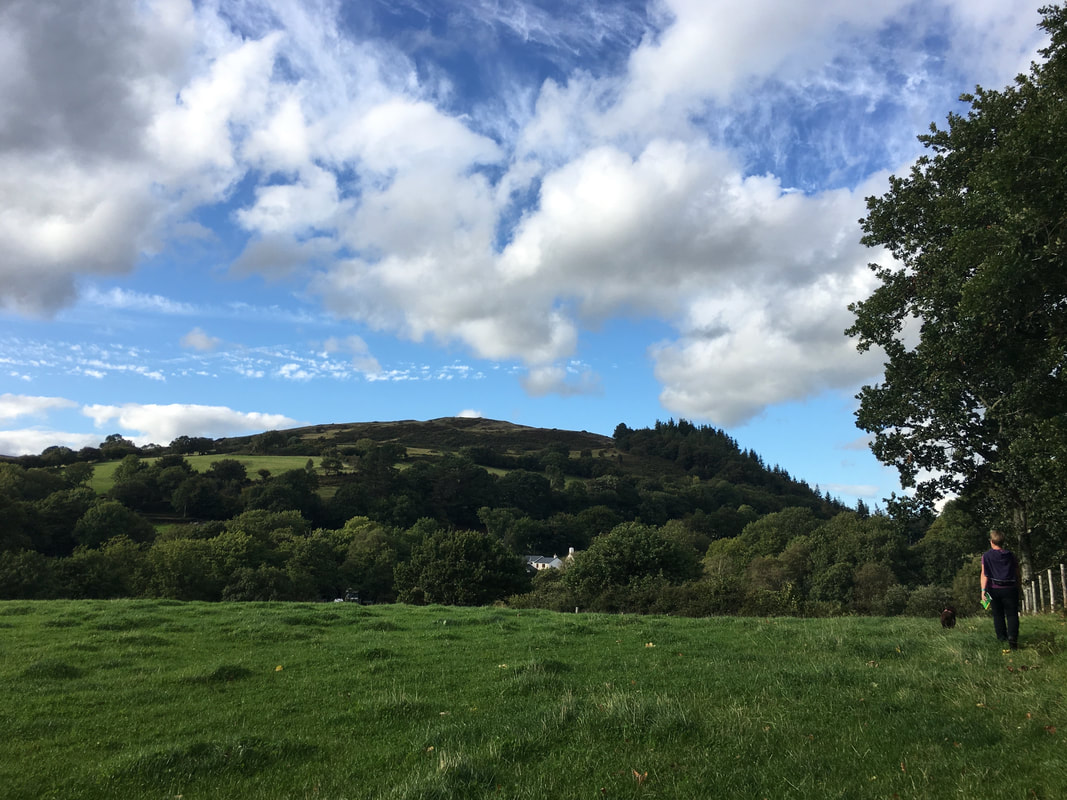 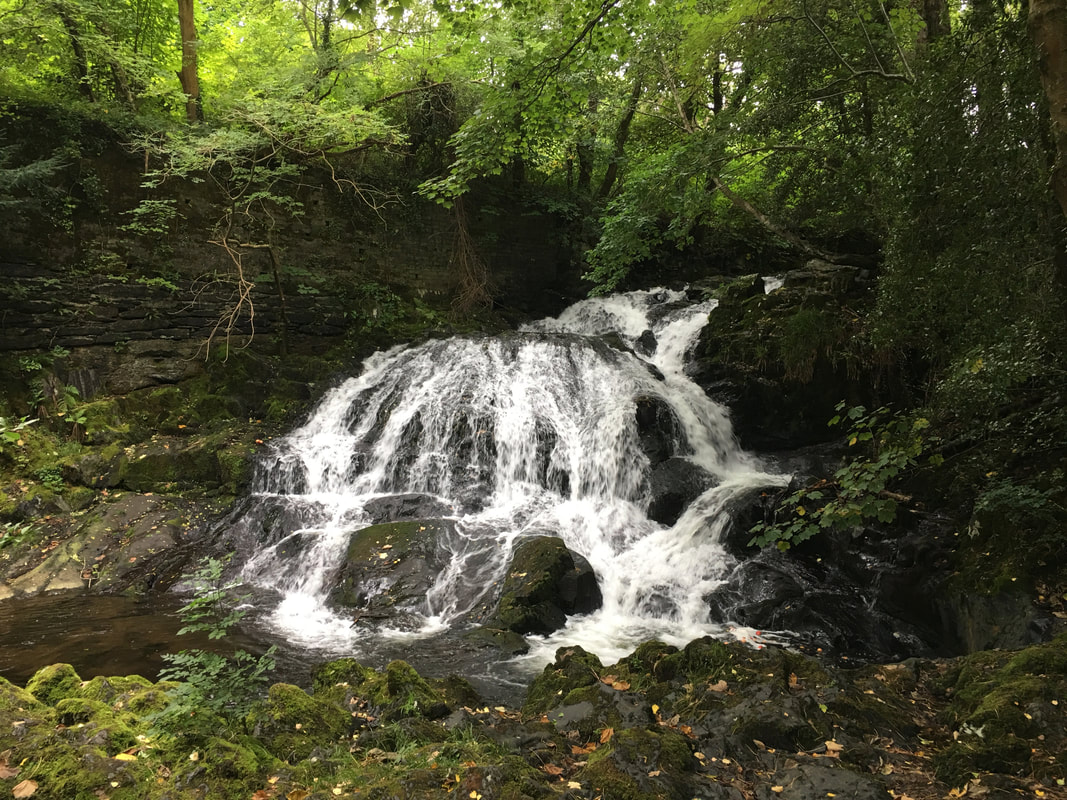 One of the many cascades of the Fairy Falls.  ​The Fairy Falls were so named by the Victorians who were fascinated with fairies and identified many enchanting locations as home to these diminutive, mythical creatures. The falls were formed during the last Ice Age some 20,000 years ago. As the main glacier passed down the Conwy Valley, it truncated the Crafnant valley, leaving a hanging valley and this series of falls. 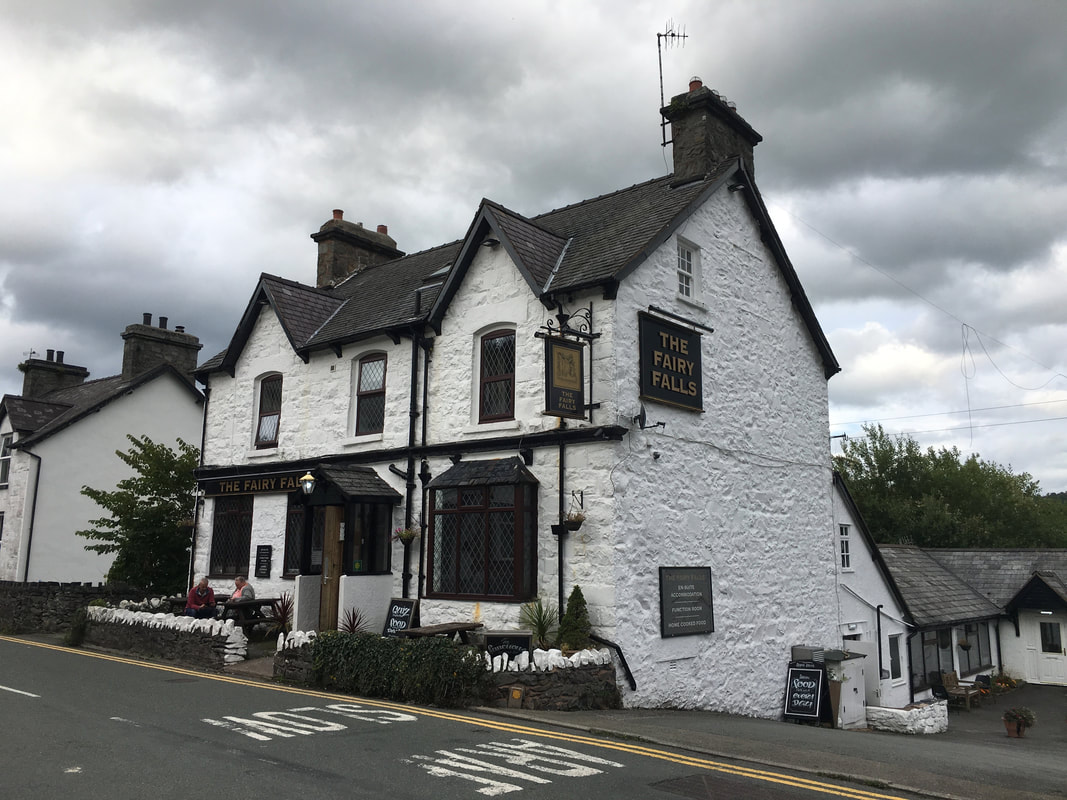 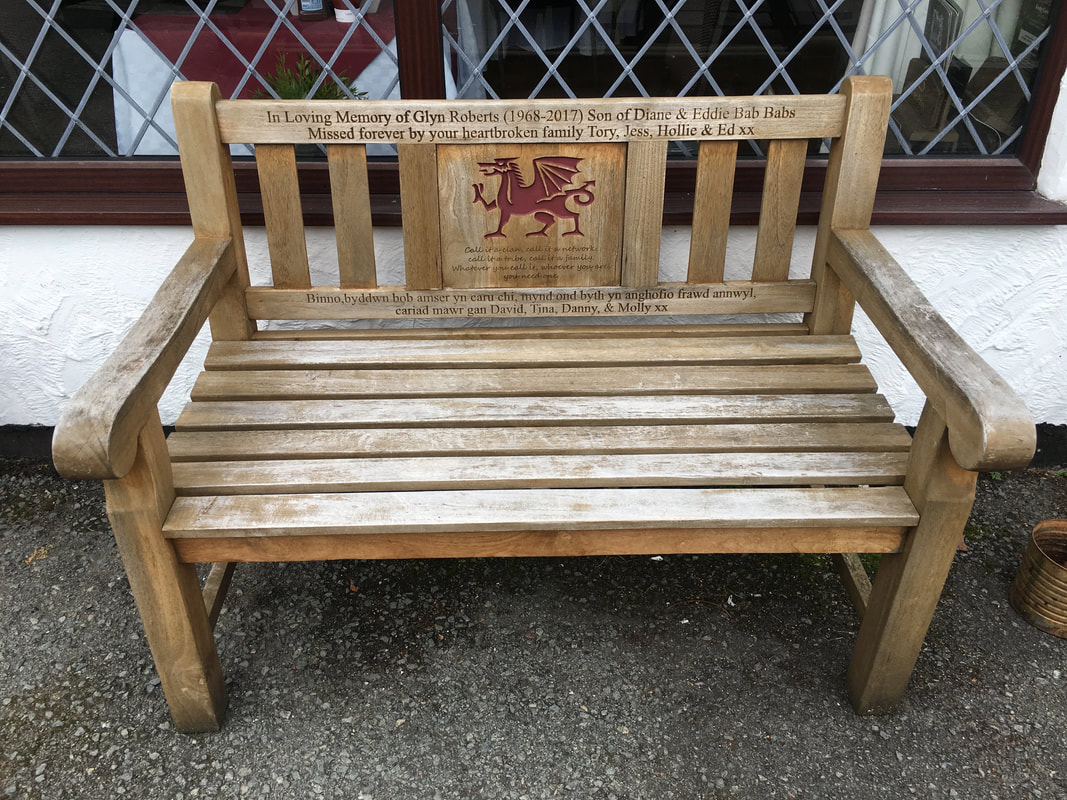 Thanks for the opportunity to sit and enjoy your seat Glyn 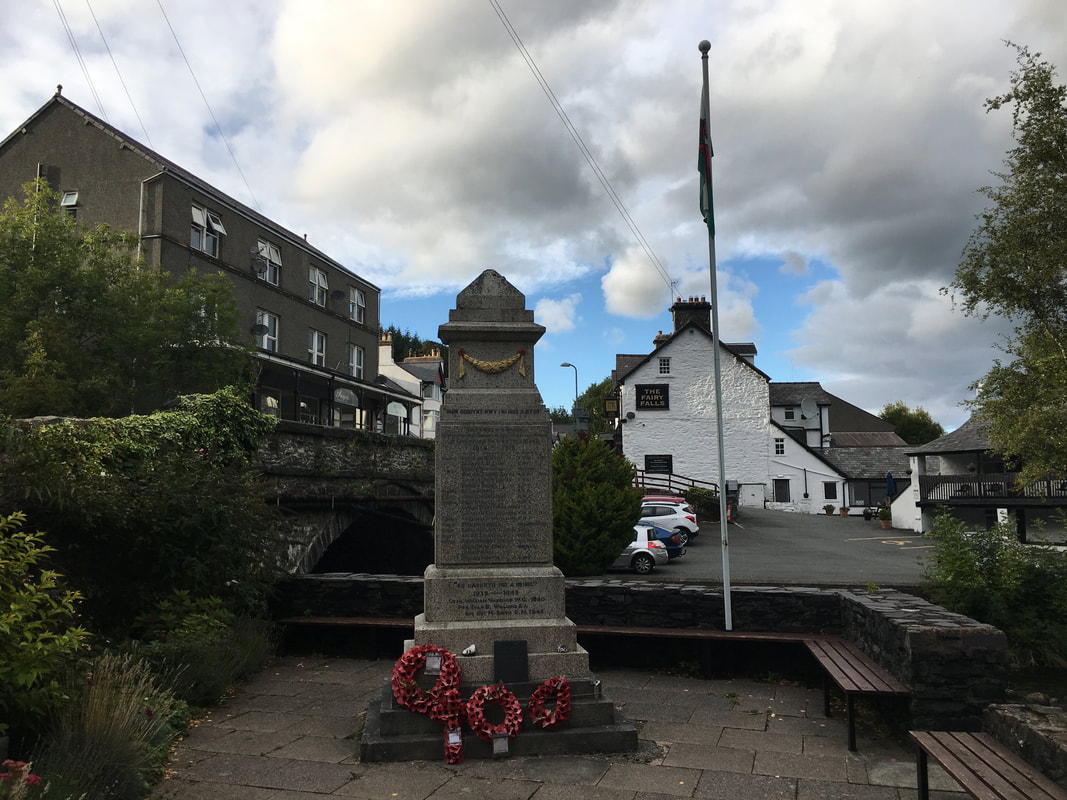 The War Memorial in Trefriw 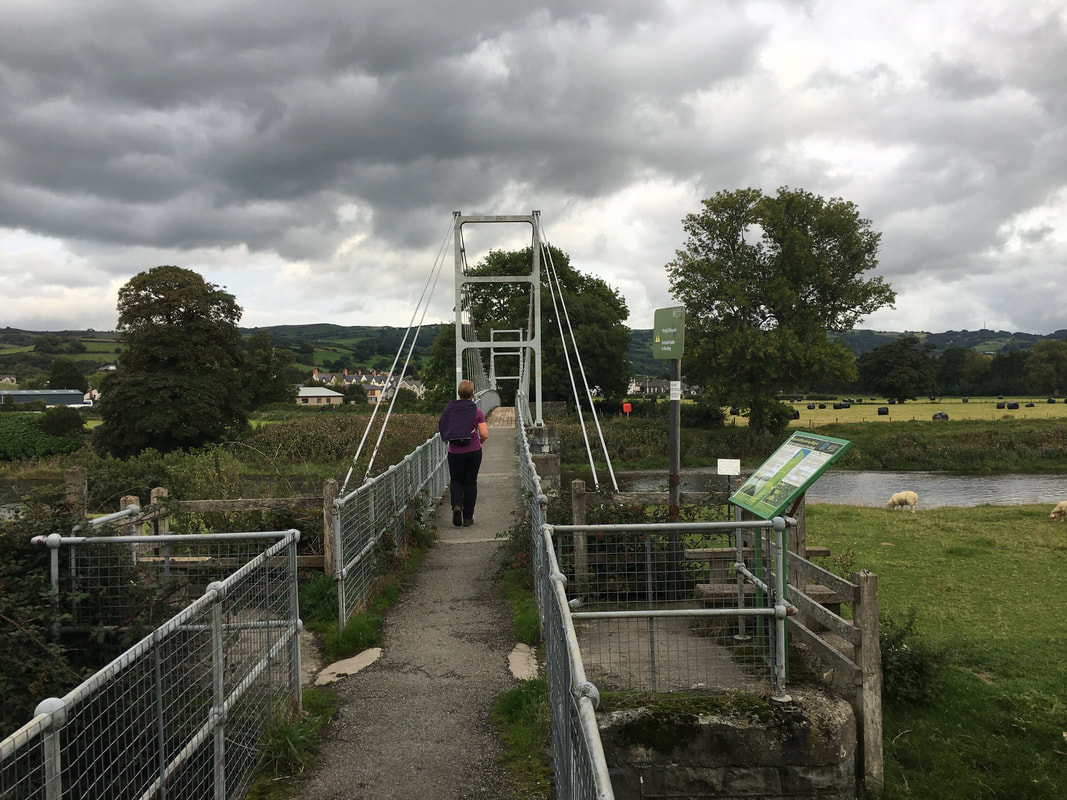