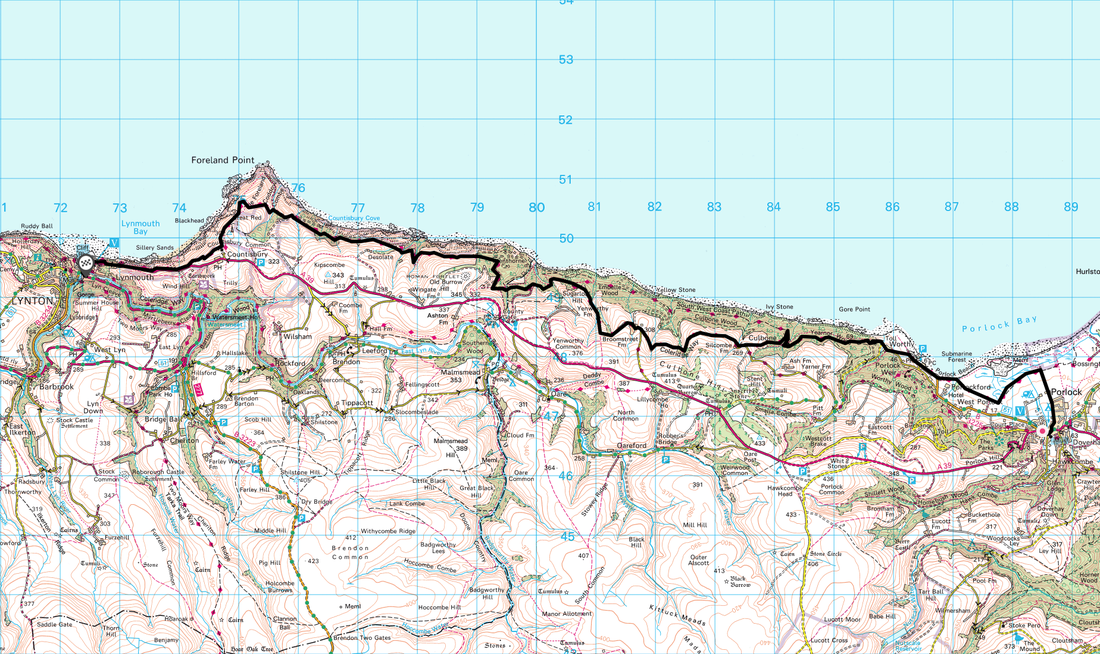 Our 26th Wedding Anniversary - what a lovely way to spend it.

Awoke to an overcast day in Porlock which was to remain like that for most of the days walking. After a good breakfast in company with the only other guest, a very quiet South Korean girl, we were off. ​As B&Bs go Myrtle Cottage was a cracker. Nice big room with plenty of space and a lovely breakfast - Nigel & Janet were fantastic hosts and provide an excellent service to their customers.

An almost 16 mile day over to Lynmouth which would really test our fitness with the heavy packs. From the B&B we headed back down Sparkhayes Lane for half a mile to rejoin the path where we left it yesterday near Porlock Marshes. On leaving Porlock Weir, the path zig zags through the woods to reach the idyllic setting of Culbone Church - we have been here several times and it is always a delight to visit the church which sits in a clearing deep into Culbone Woods. It was here we had a brief chat with a lady from Teignmouth - a place we would visit in the latter stages of the walk. Shortly after leaving the church, the weather started to improve and we had a period of sunny spells & light breezes with a short rain shower thrown in but on the whole the day remained mainly overcast. One thing we did notice on this particular stretch is that the waymarking mileage figures are misleading - we counted at least four "7 mile to go" signs within a distance of 3 miles.

After the long drop into Lynmouth, we had a nice cool drink in The Ancient Mariner before the short journey to our B&B. We were met by Jason who kindly agreed to put on a washing load for us. He also advised us we could use the Hot Tub if we wanted to but as it was right next to the busy pavement and overlooking the village Car Park we thought better of it. After a shower and change we headed for the Bar where we met Roy & Bernie - a lovely couple originally from London who now lived in Ivybridge. We had booked an evening meal at the B&B and also a bottle of Prosecco to celebrate our Anniversary therefore dined in company with Roy & Bernie - Jason's wife Yvonne cooked us a superb meal.  ​ 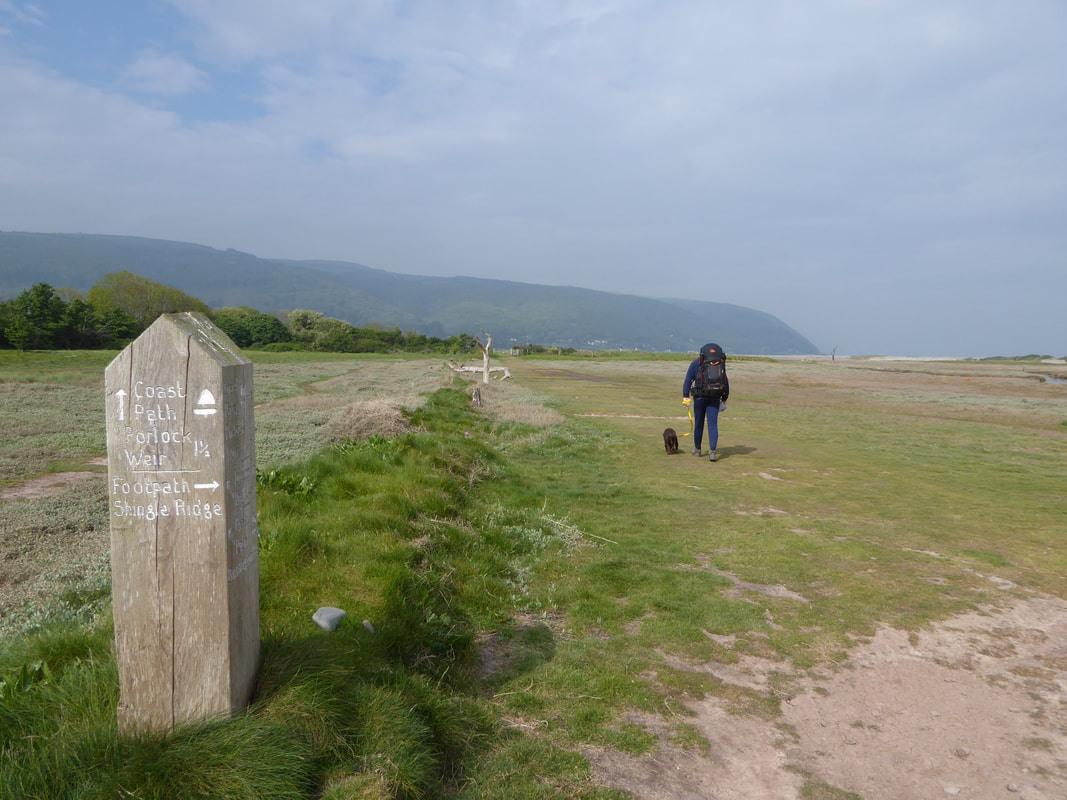 Above Porlock Beach near Shingle Ridge 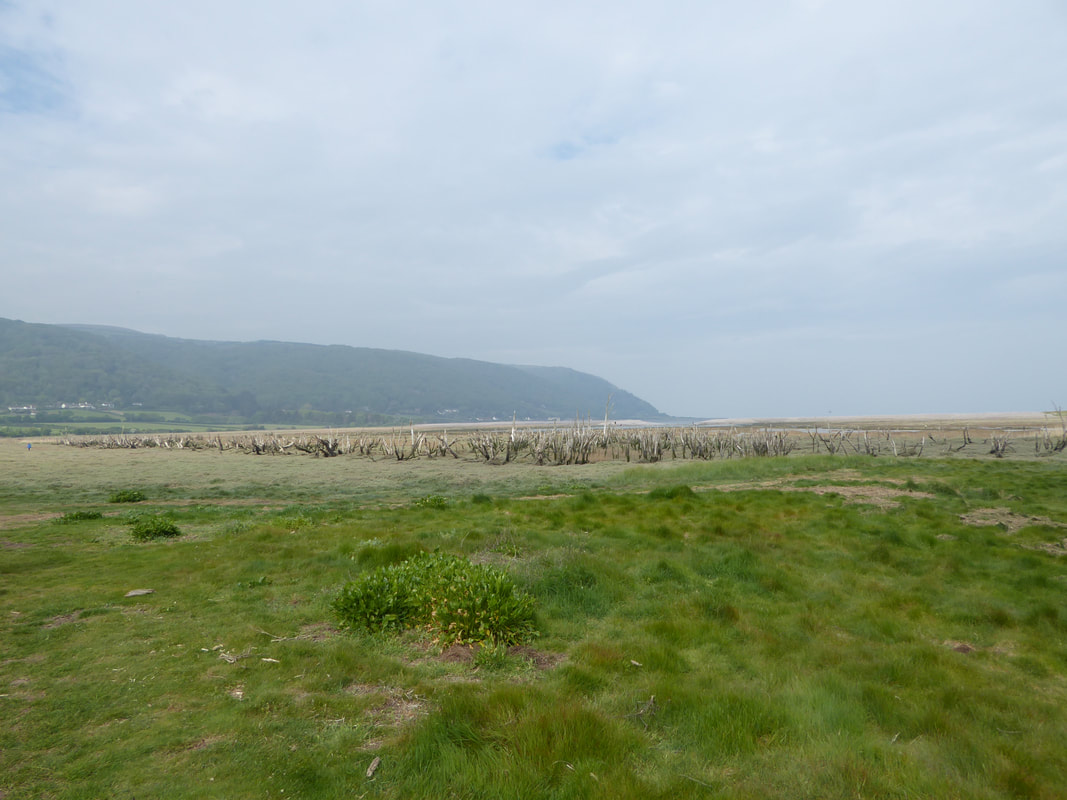 The skeletal trees above Porlock Beach 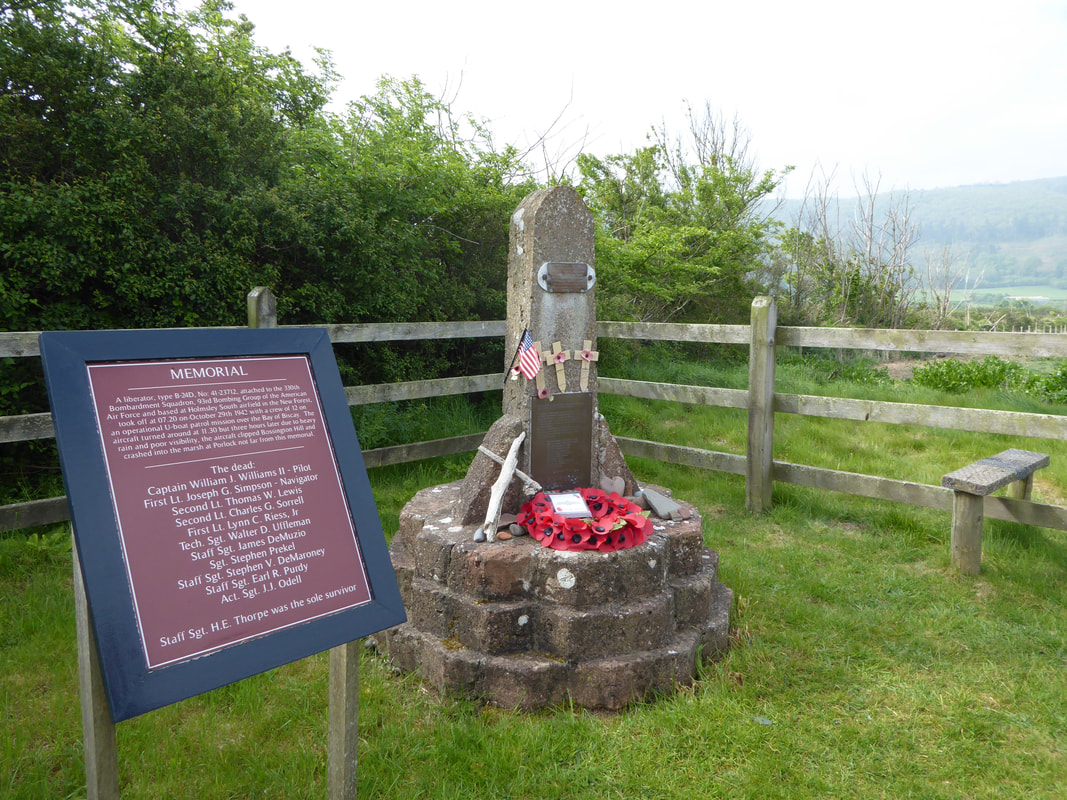 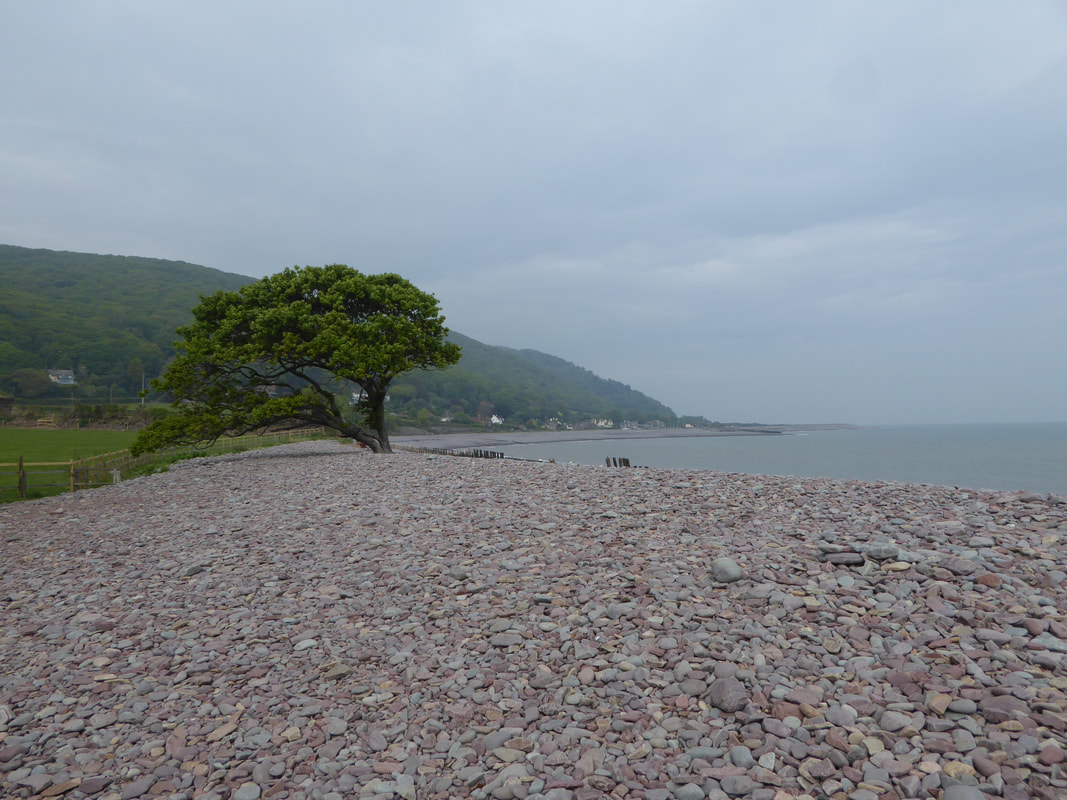 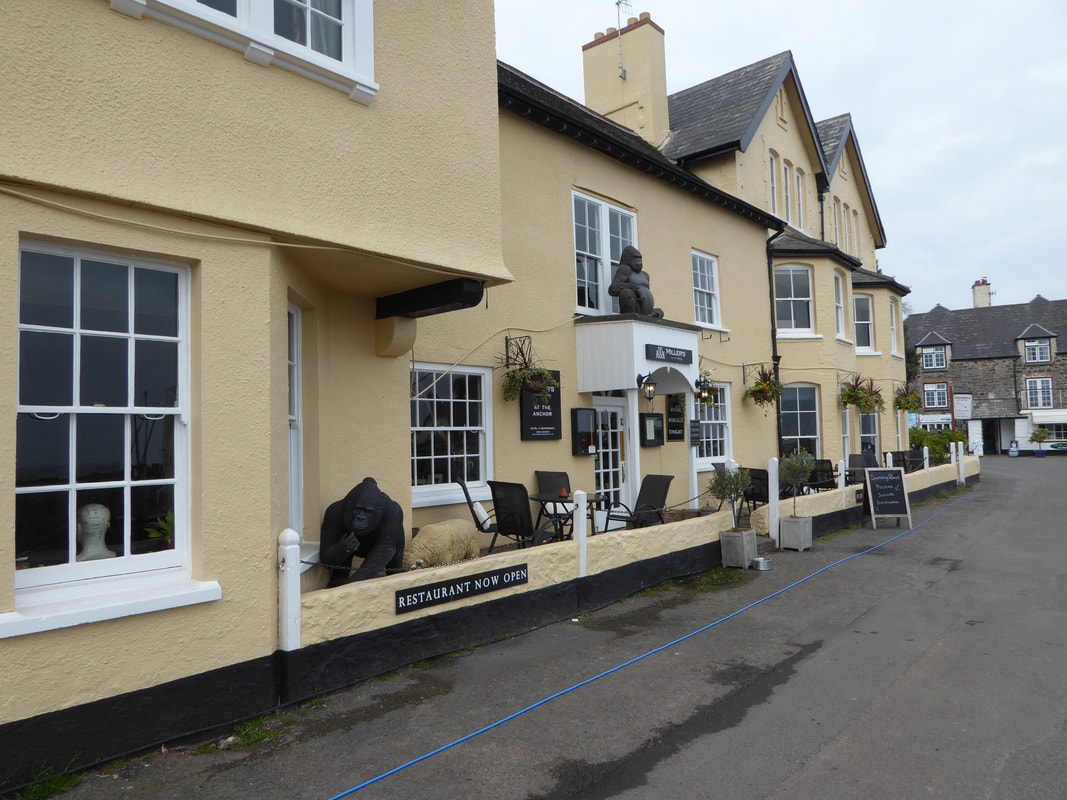 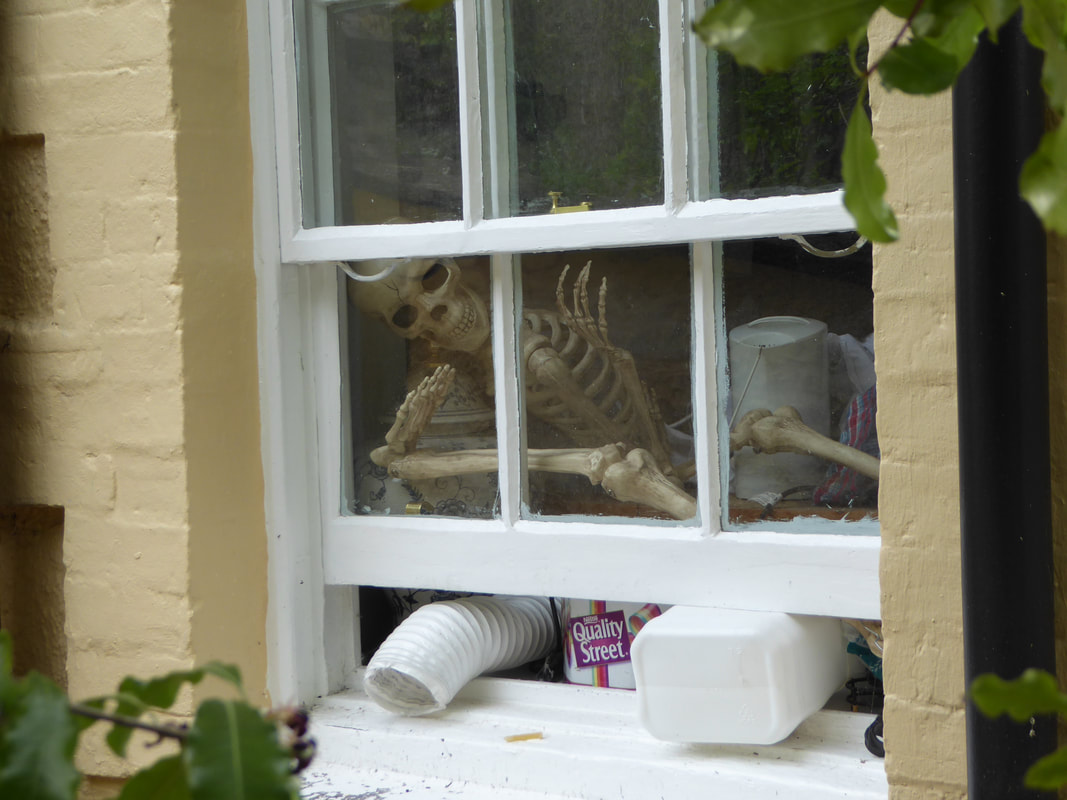 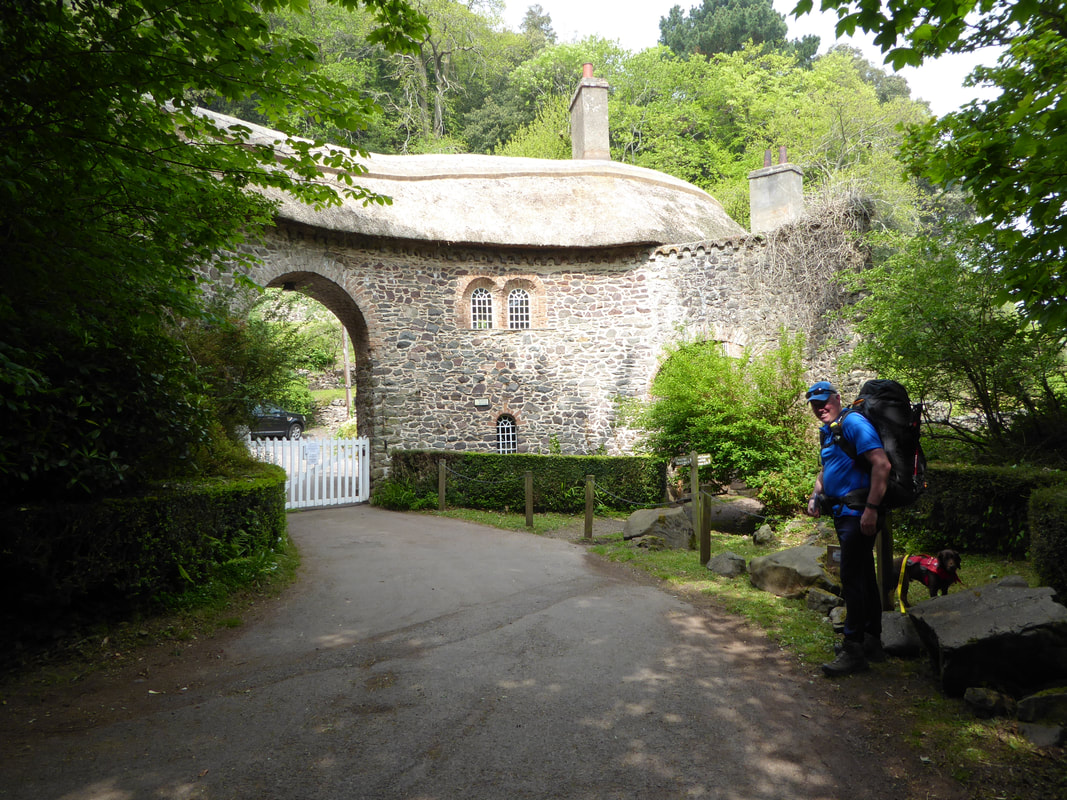 The Worthy Toll - the charge is £2.50 for bikes and cars to travel from Porlock to Lynton avoiding the gear crunching Porlock Hill.
No charge for walkers though.  The SWCP goes to the right of the arch. 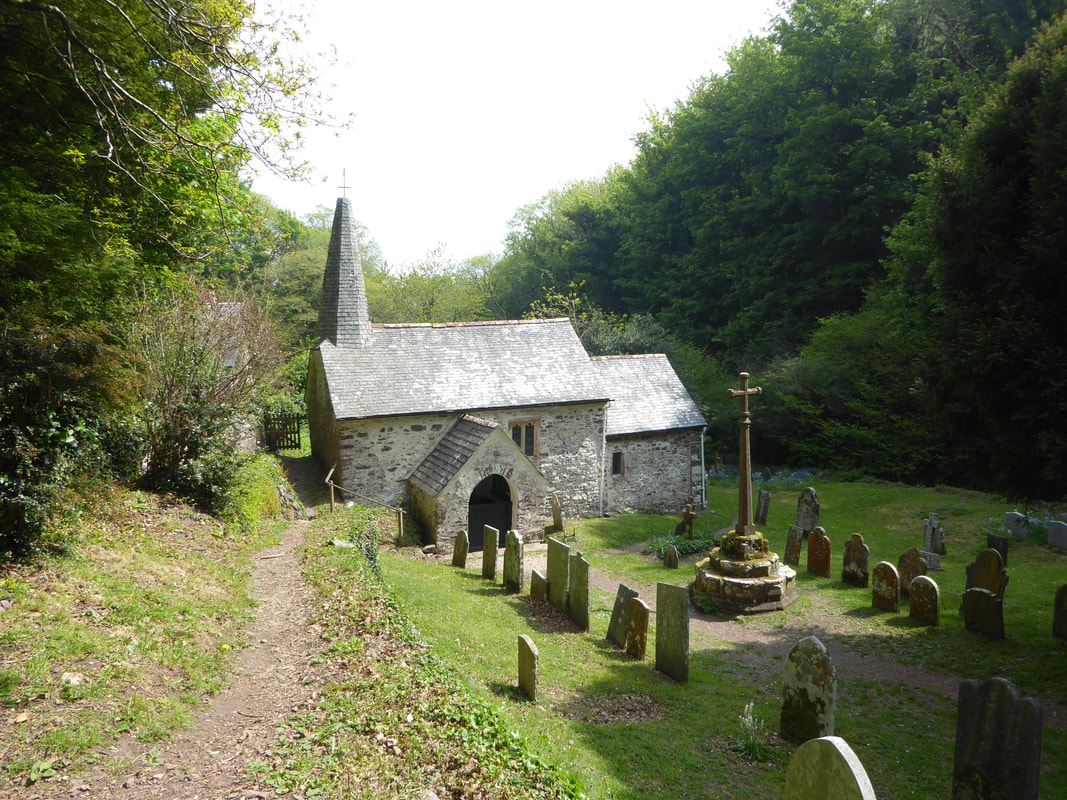 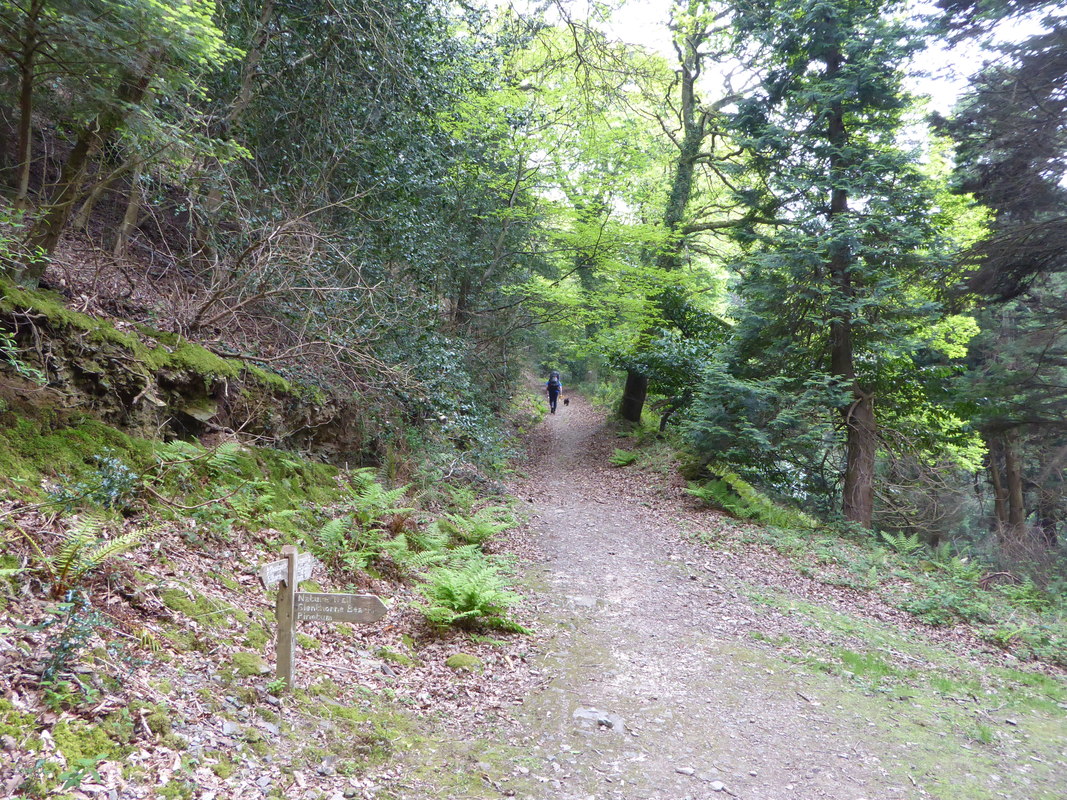 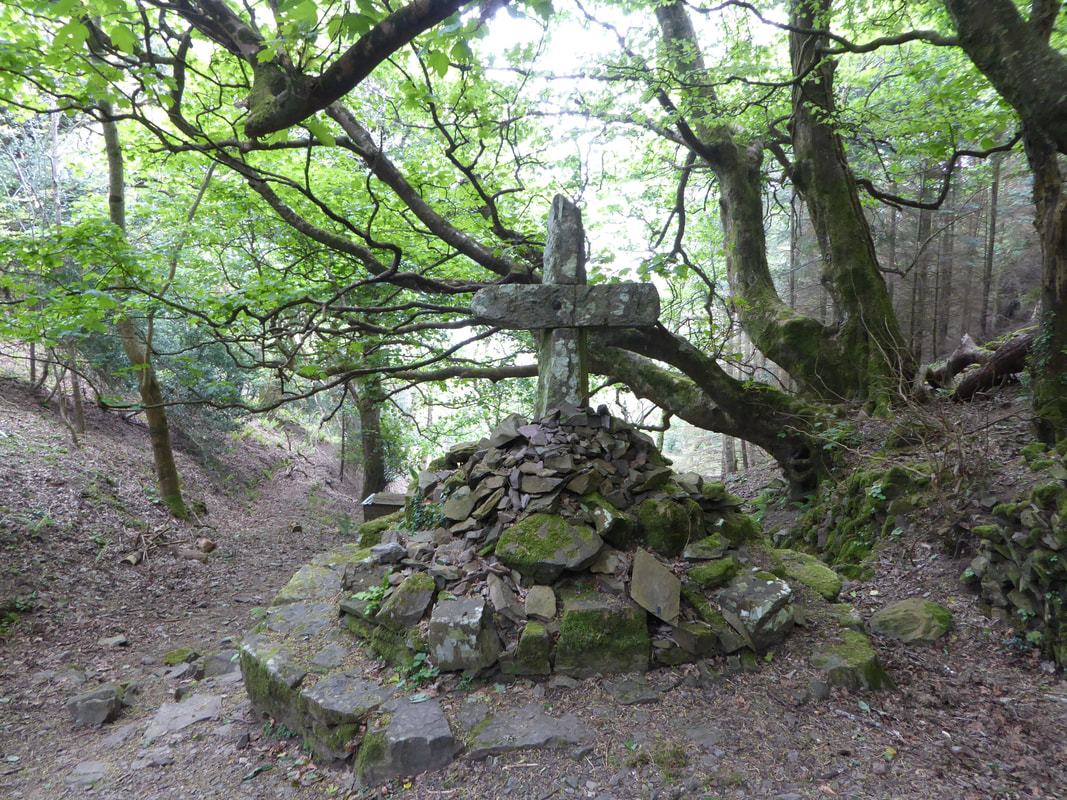 The Sister's Fountain.
This natural spring is among the trees beside the path and was enclosed in the stonework in the nineteenth century.  ​It was named after the daughter of the first owner of the Glenthorne estate.  It is said that Joseph of Arimethea drank from the spring whilst on his way to Glastonbury. 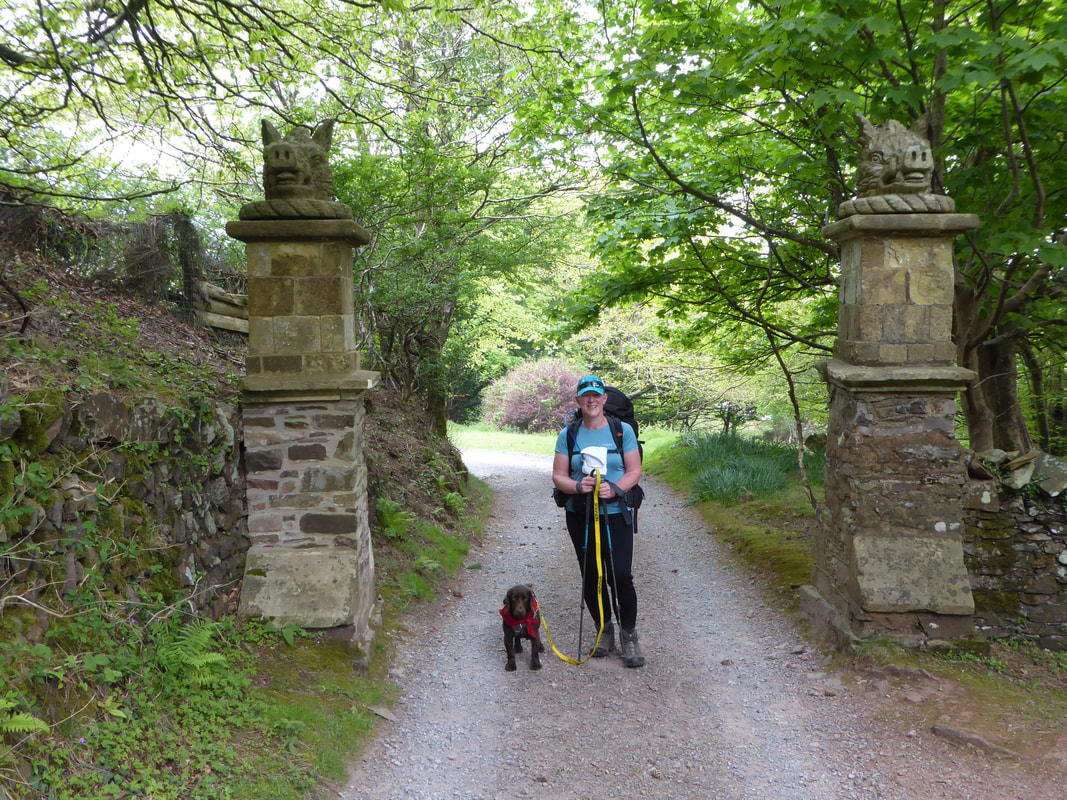 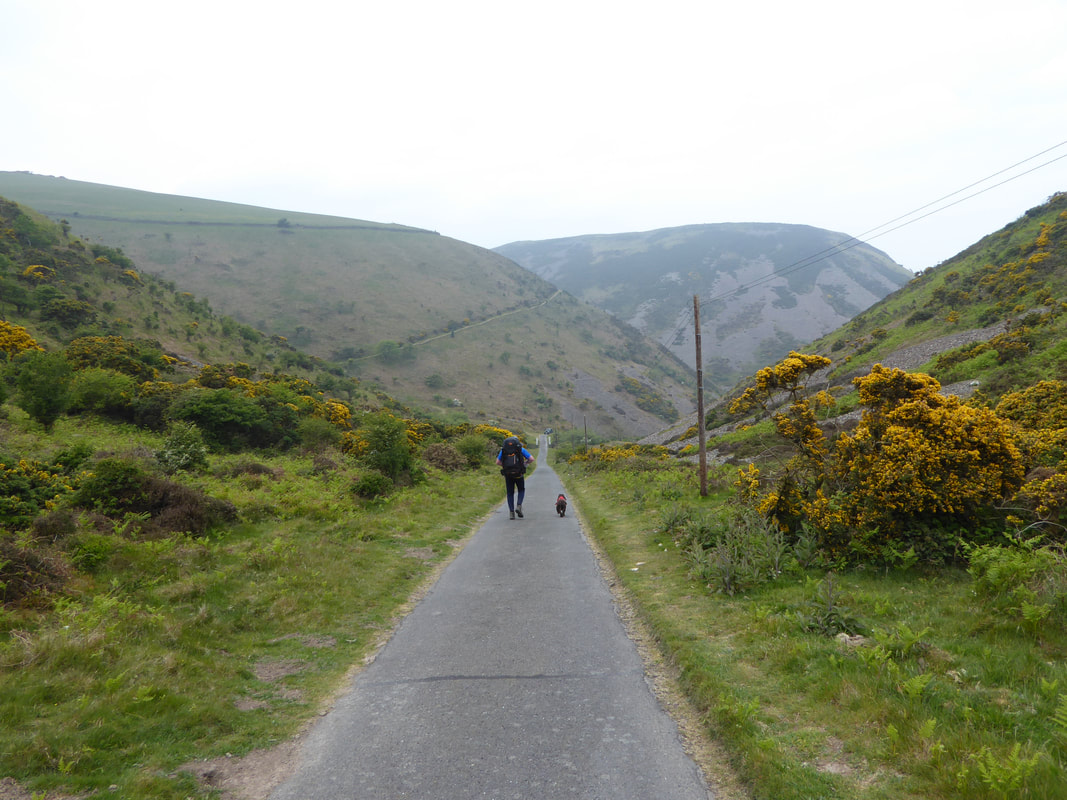 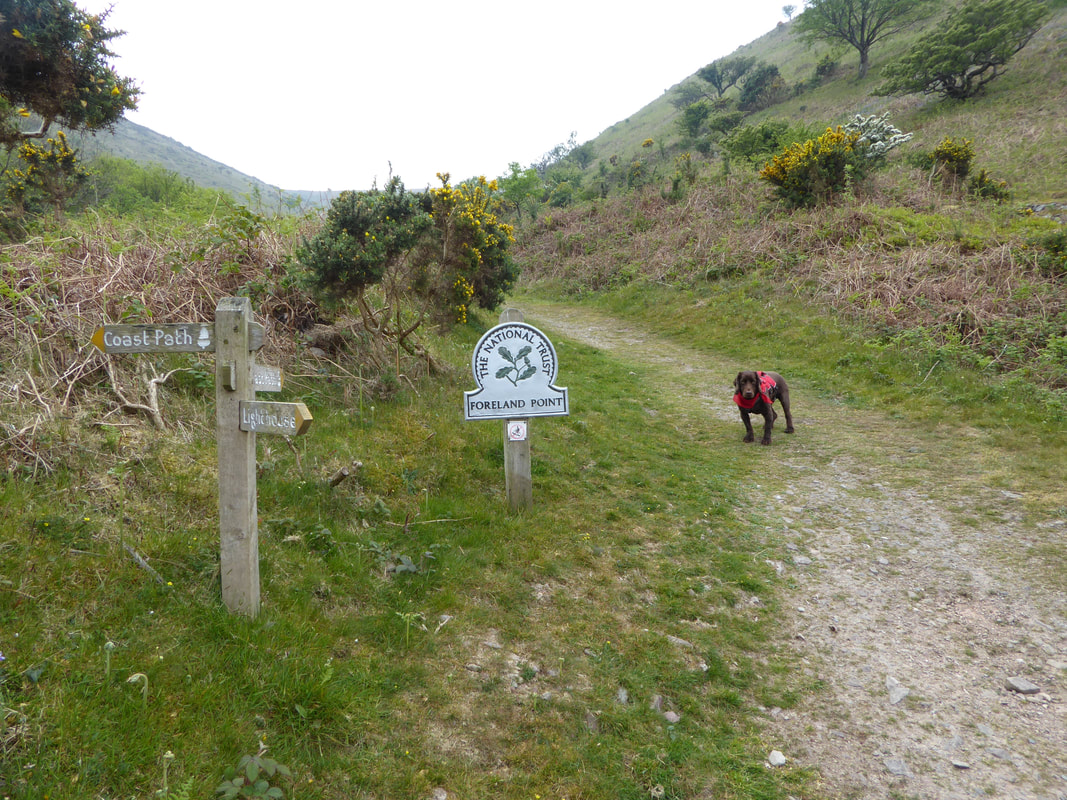 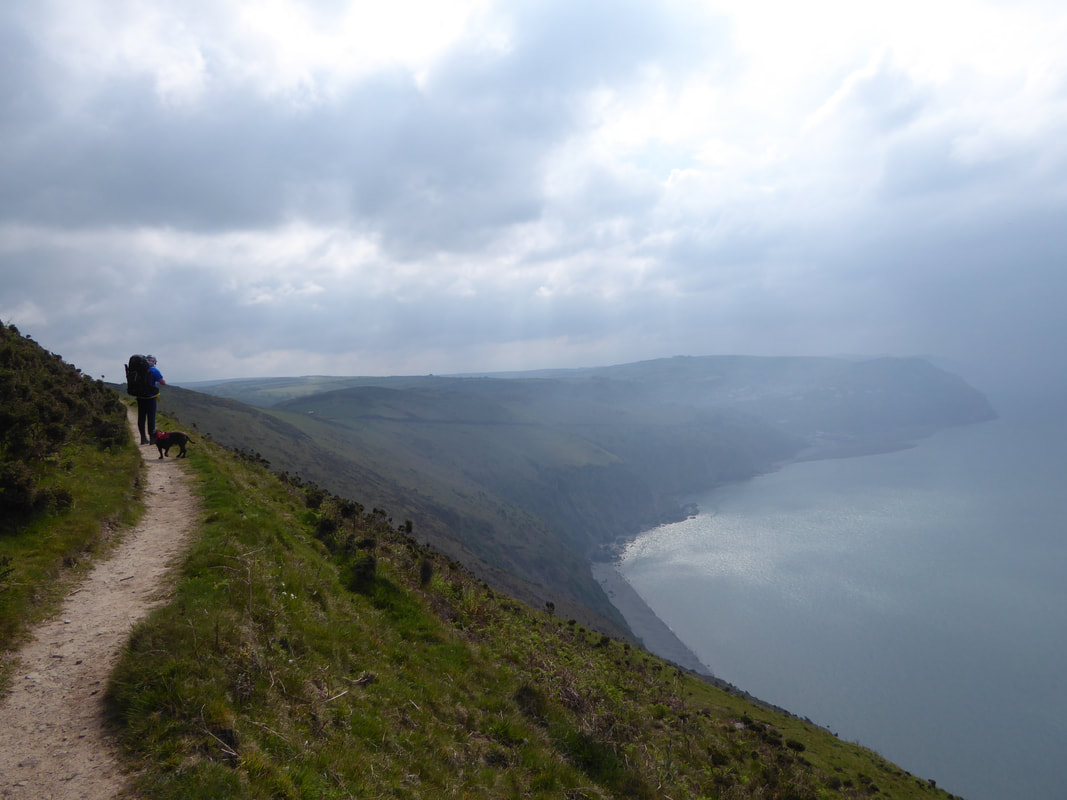 Approaching Countisbury with Lynmouth & Lynton ahead through the haze 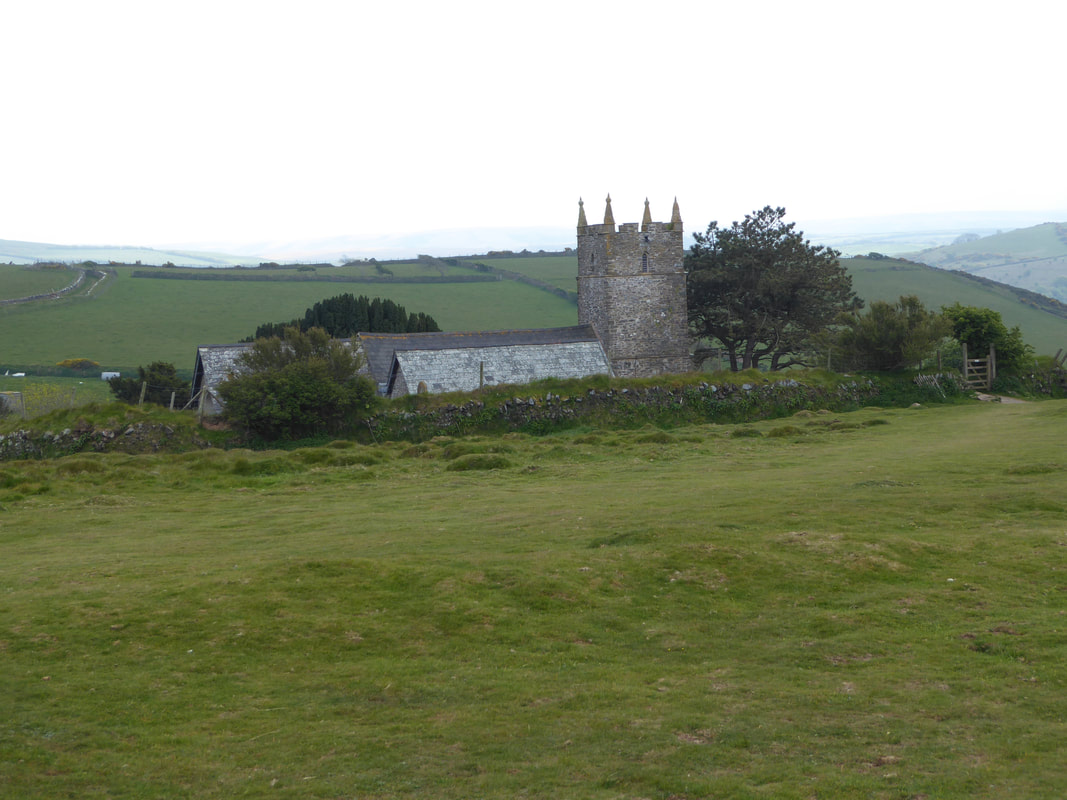 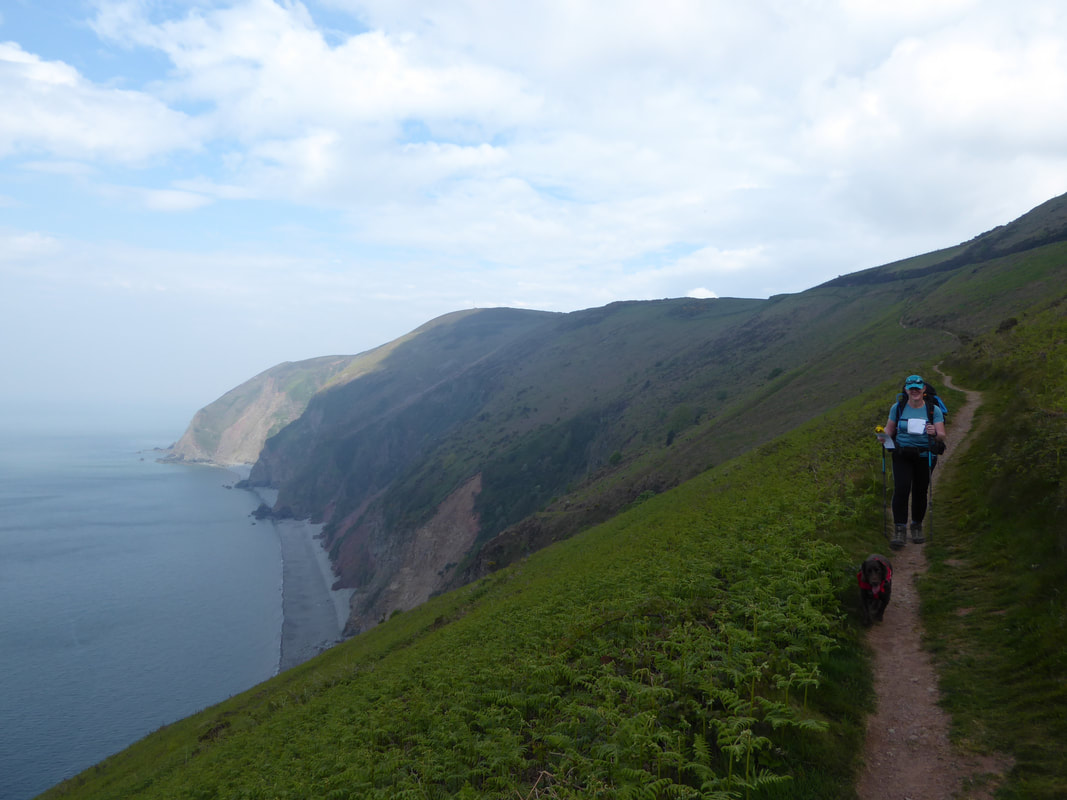 Above Sillery Sands - almost there now 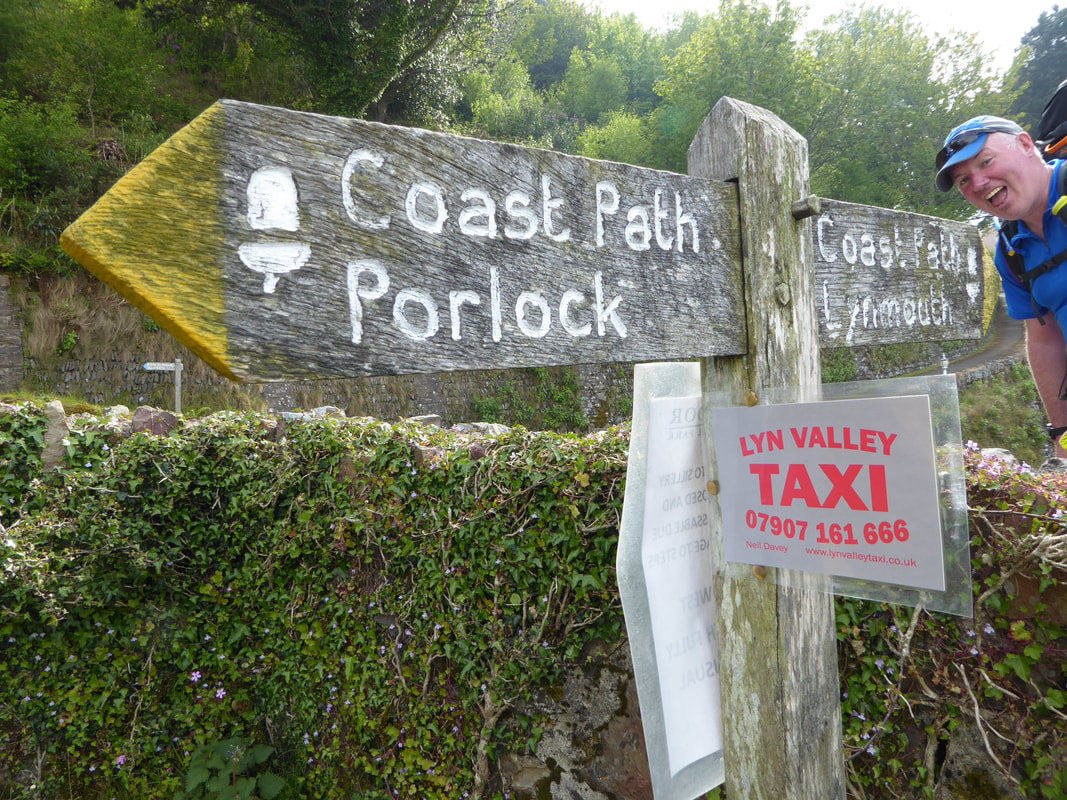 Almost beer o'clock as we arrive in Lynmouth 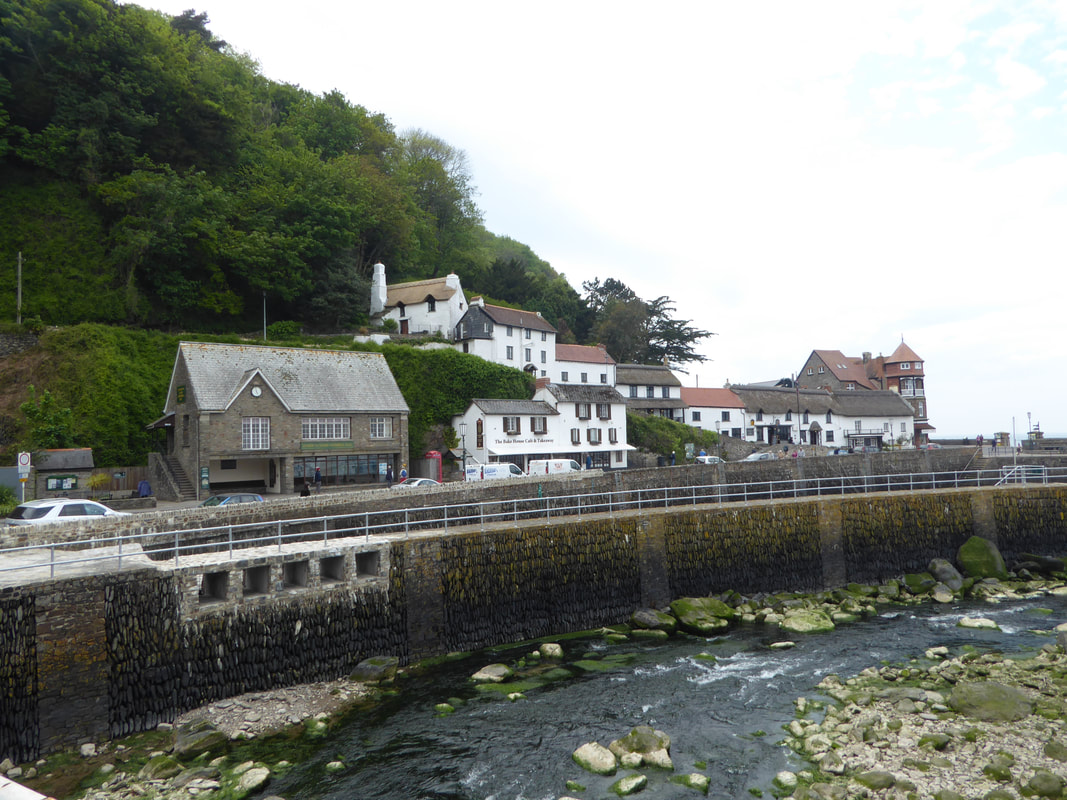 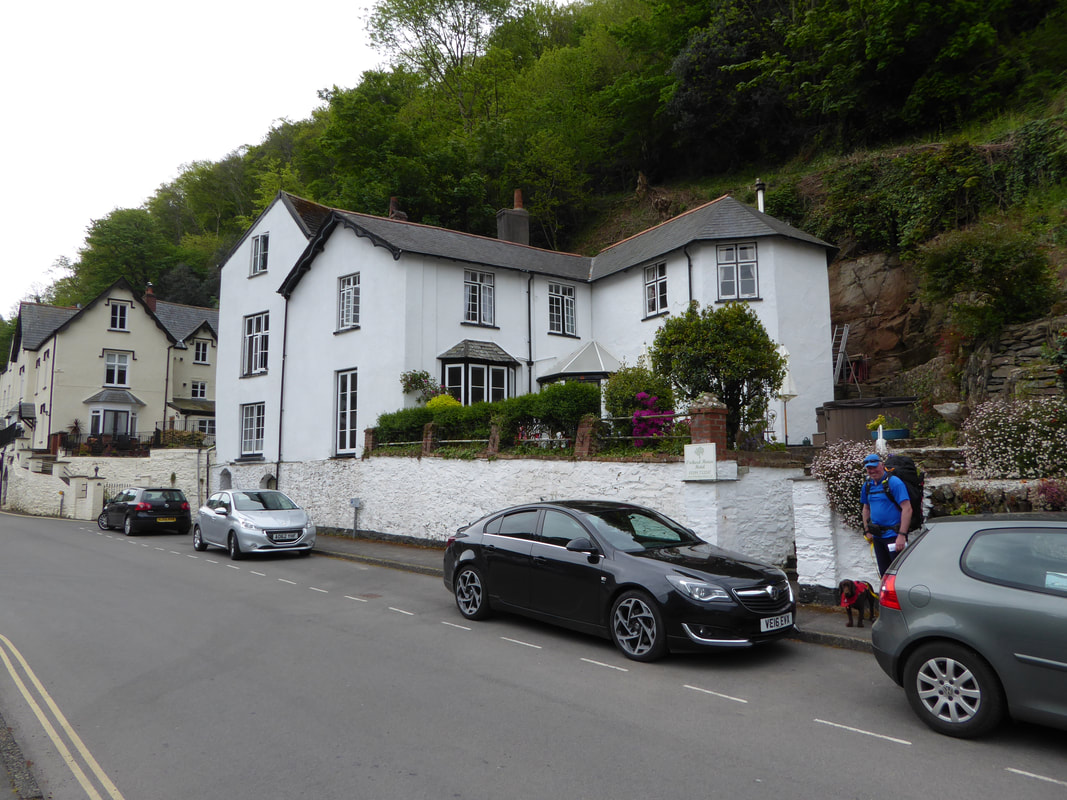