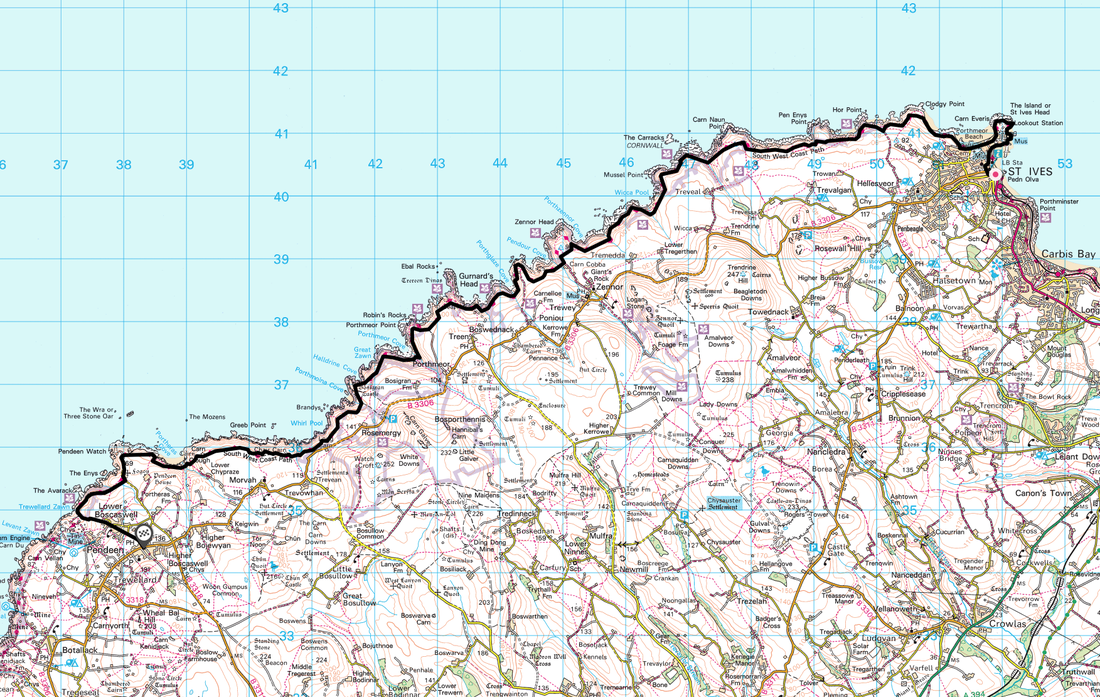 ​Great to be in one spot for a week and to be able to sort ourselves out each night with kit etc. Cottage extremely comfortable and a 5 minute walk to the Bus Station which was ideal. Weather was overcast as we caught the 0905 bus out to St Ives - on arrival the town was already busy as expected on a Bank Holiday Monday.

Despite our walking apparel and demeanour we were asked numerous times whether or not we would like a boat or fishing trip - we politely declined each request. Rounding St Ives Head we walked above the beach to then commence what we had heard was a particular rocky section to Zennor. In all honesty it wasn't that bad and we simply took our time over what was a rising and falling stony path with a few rocky sections.

Today was a day for Seal spotters and we were lucky enough to see a couple today at both Carracks & Economy Cove. Just past Economy Cove we were passed by a German girl who was in a bit of a rush - we didn't speak but would see her later. At Portheras Cove we witnessed what was an extremely surreal scene - a full wedding party in all their finery passed us on the way down to the cove, complete with wellies or walking boots. Apparently, talking to them they had walked down from Morvah Church for photographs on the beach.

​The remainder of the walk to Pendeen Watch Lighthouse was very pleasant and shortly after we headed inland via Lower Boscaswell to Pendeen in order to catch the bus back to Penzance but not before noticing the abandoned and derelict mine workings at Geever. We would walk through the workings tomorrow. Our bus would not arrive for an hour or so therefore we had a couple of drinks in The Radjel Inn. During this time the German girl we saw earlier came in moaning about the fact that a local B&B had charged her £70 for a single room. Leaving her to it we caught the 1900 bus back to Penzance.​ 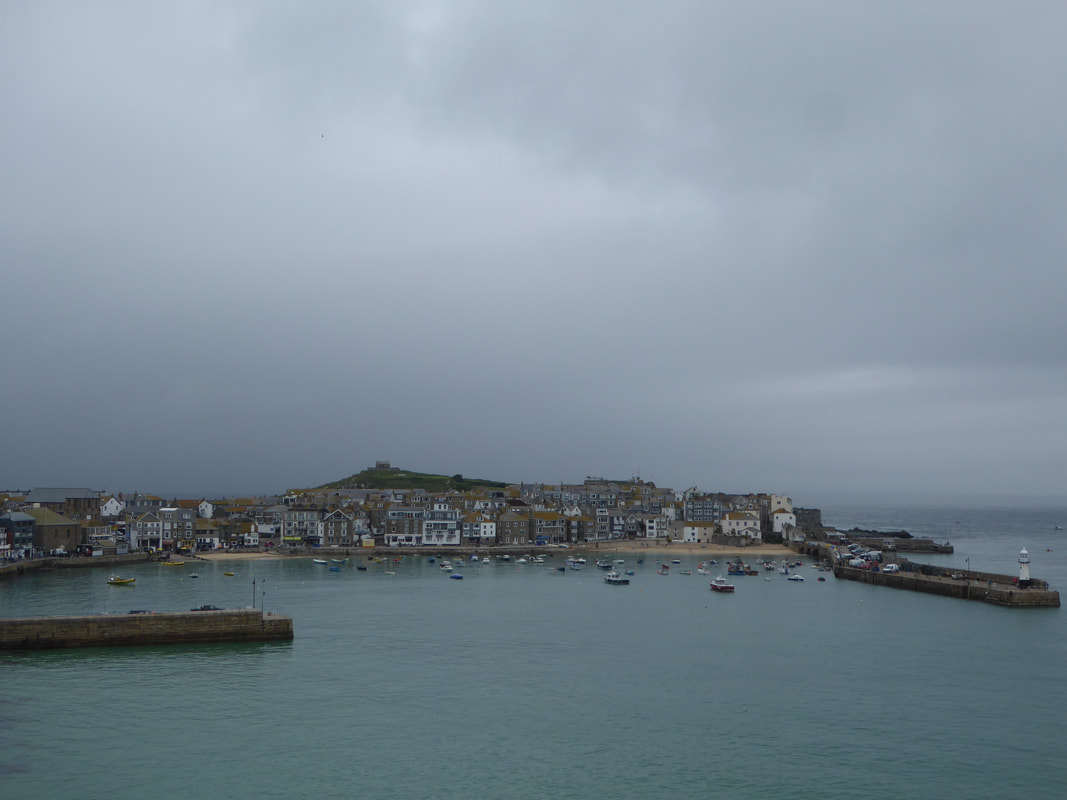 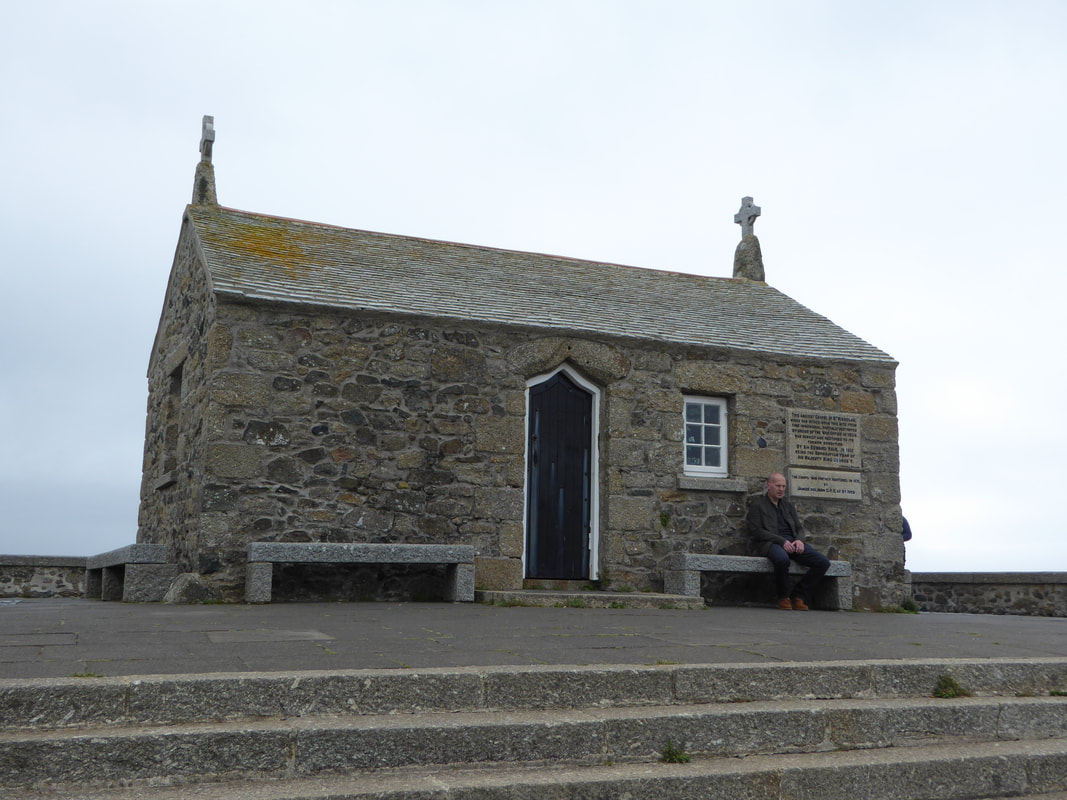 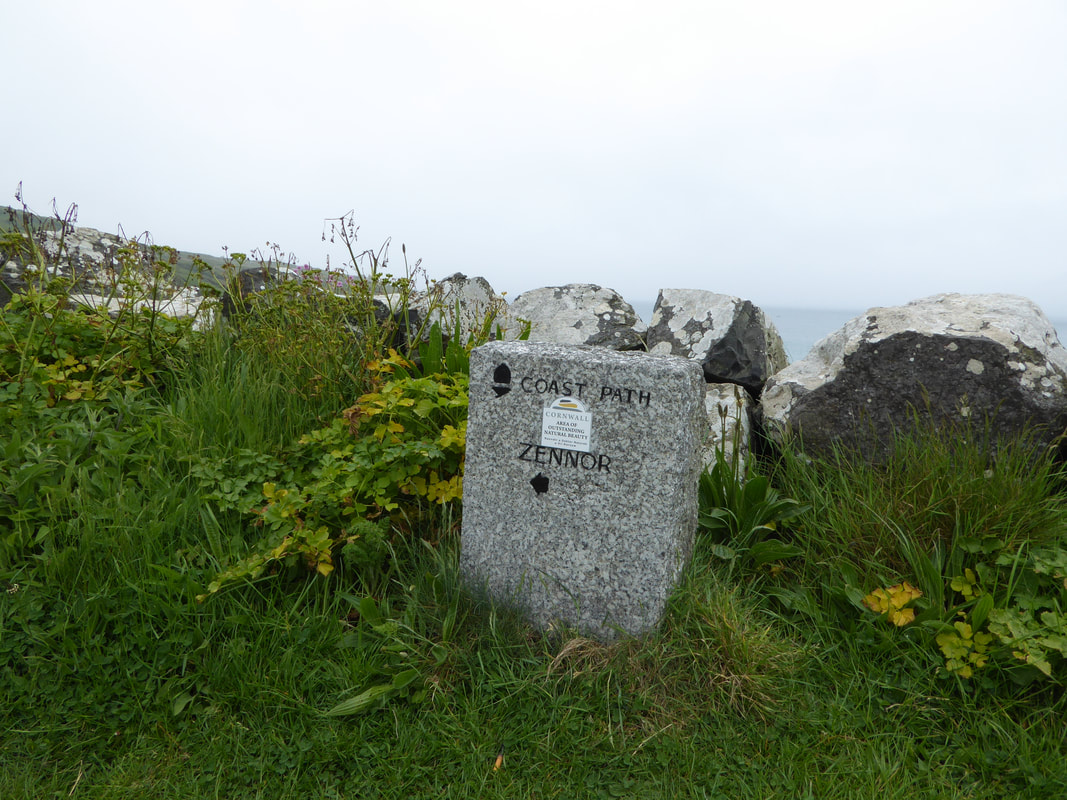 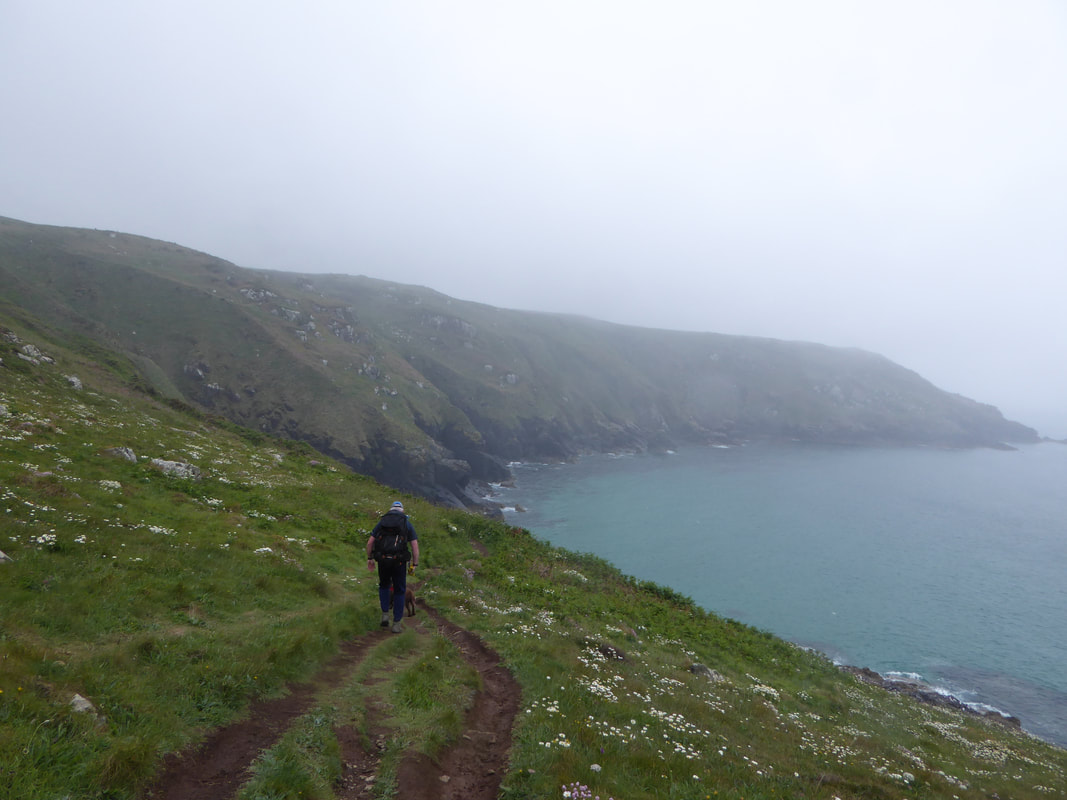 ​Murky dismal as we head to Pen Enys Point 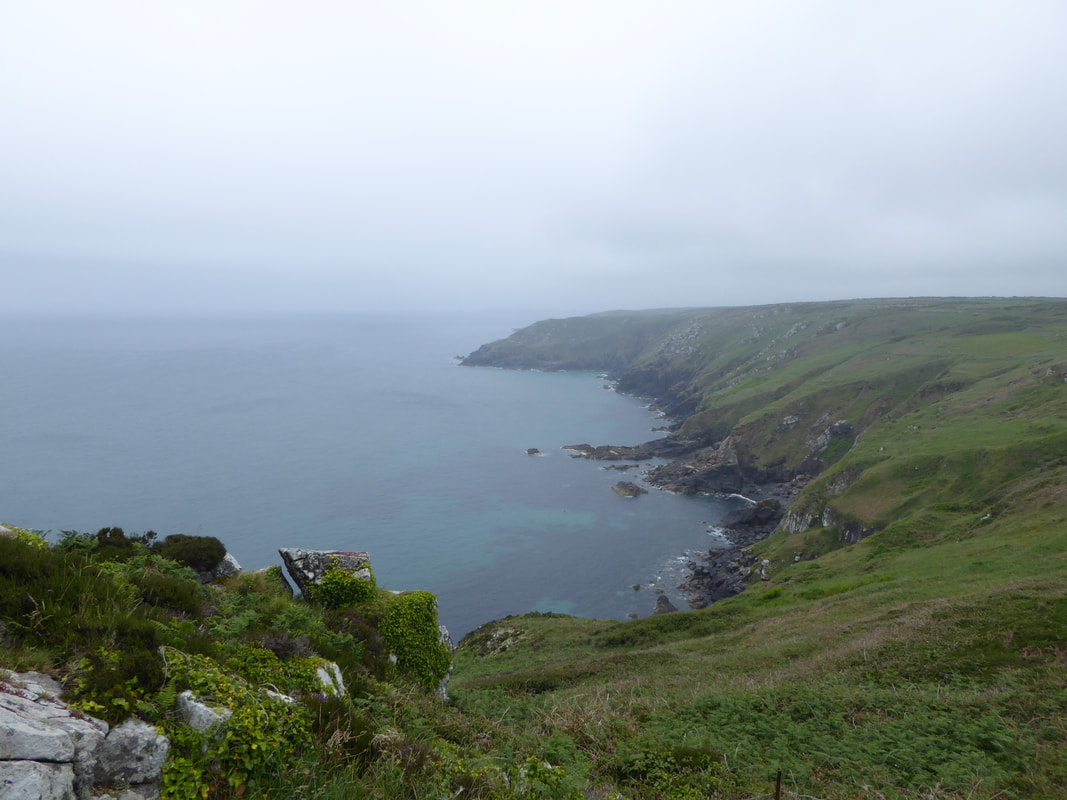 Looking back to Pen Enys Point from near Cars Naun Point 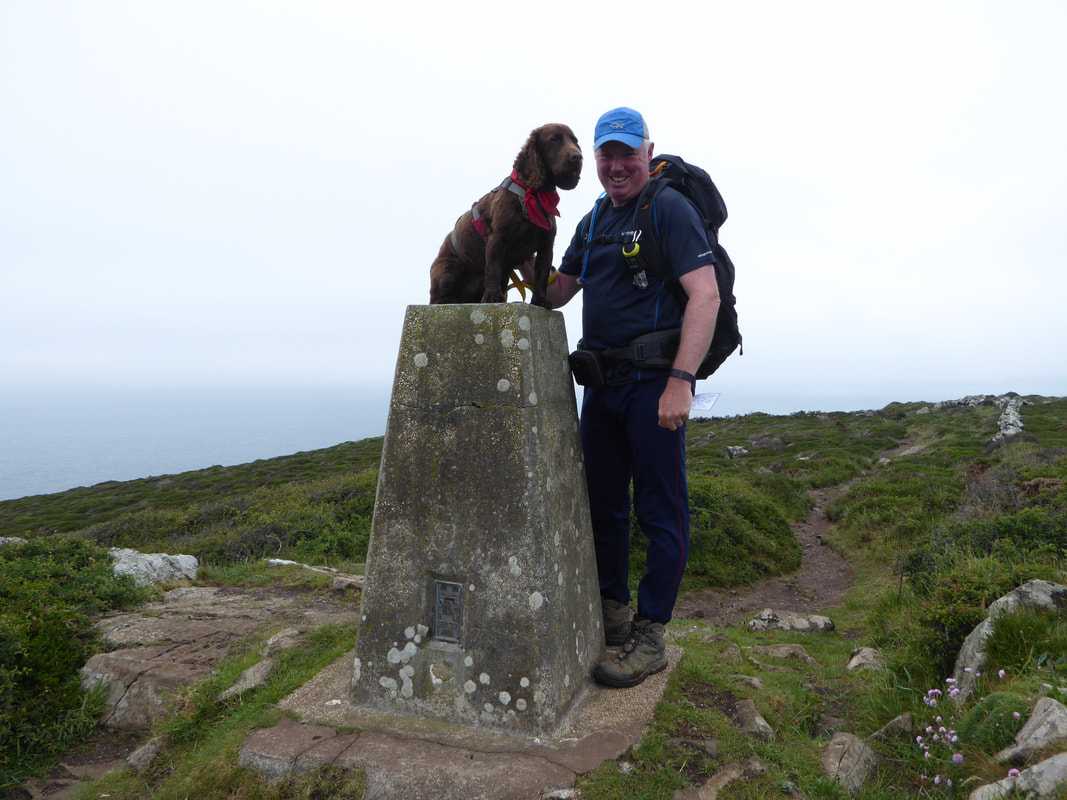 ​The Trig on Carn Naun Point 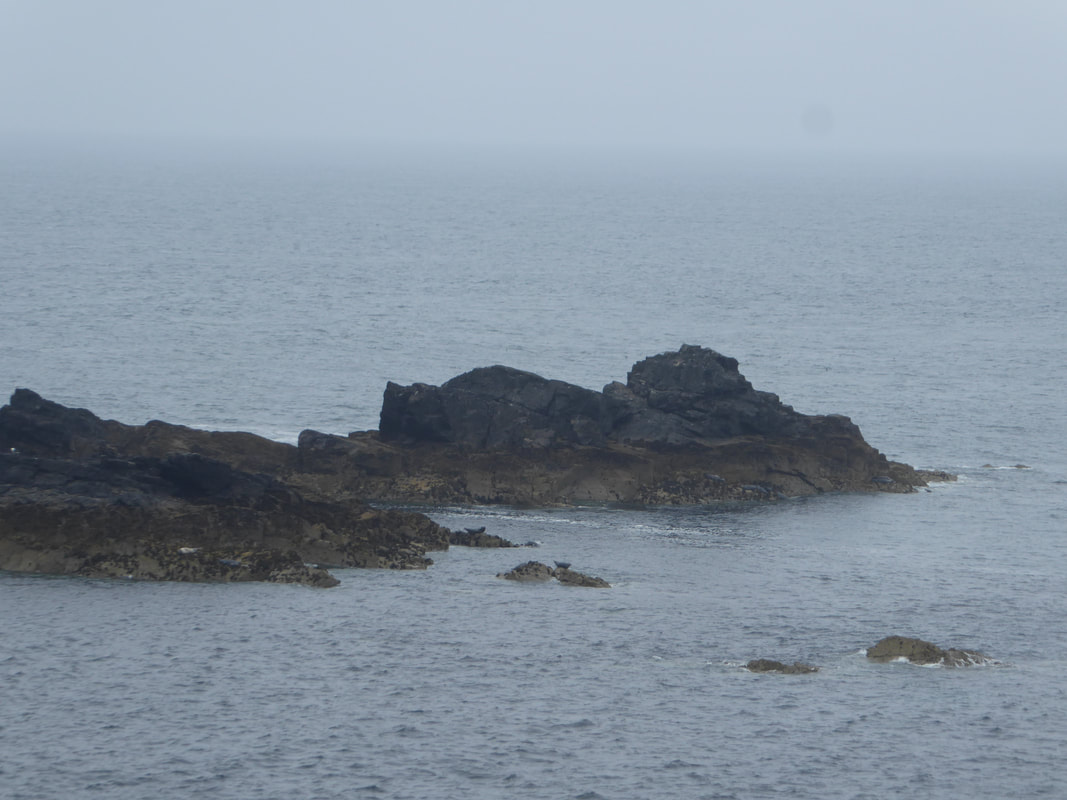 Balancing Seals on The Carracks 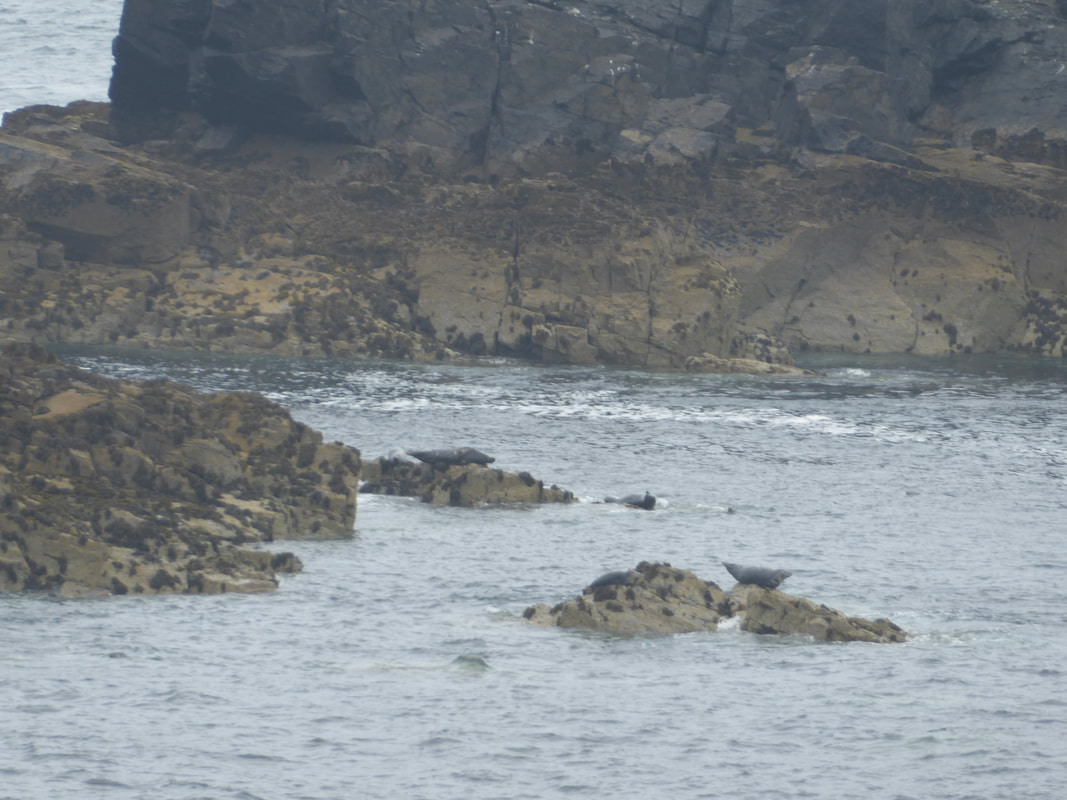 Zooming in on The Carracks 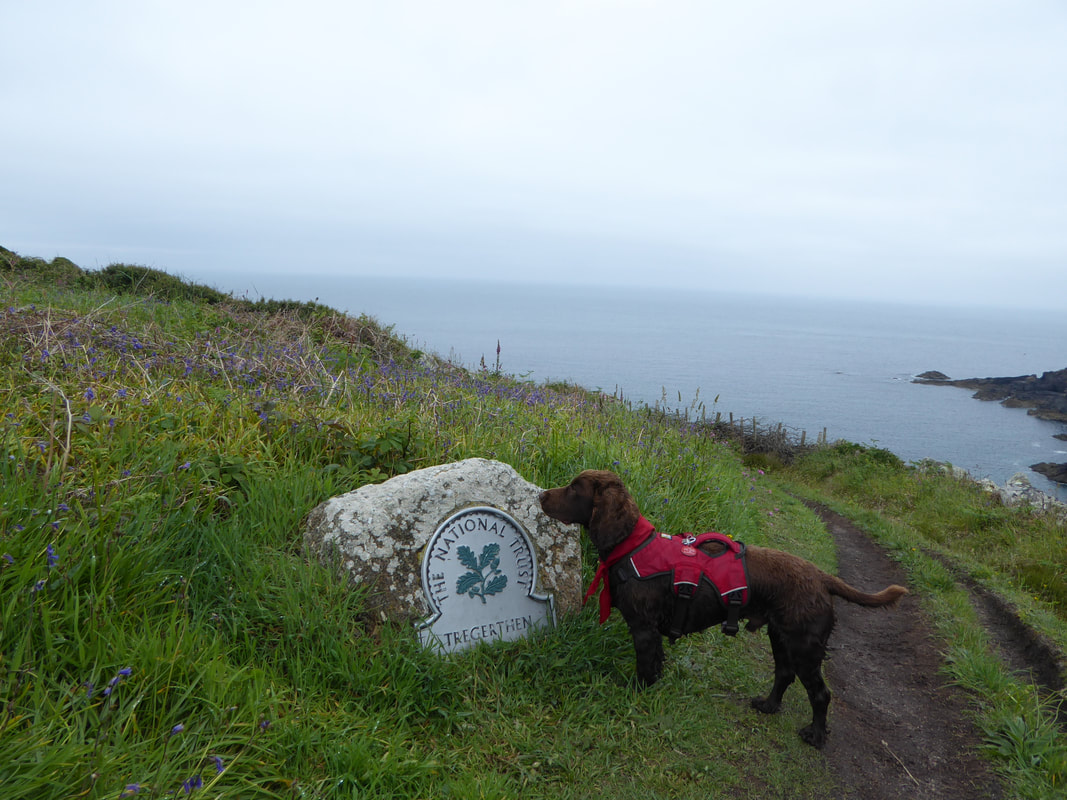 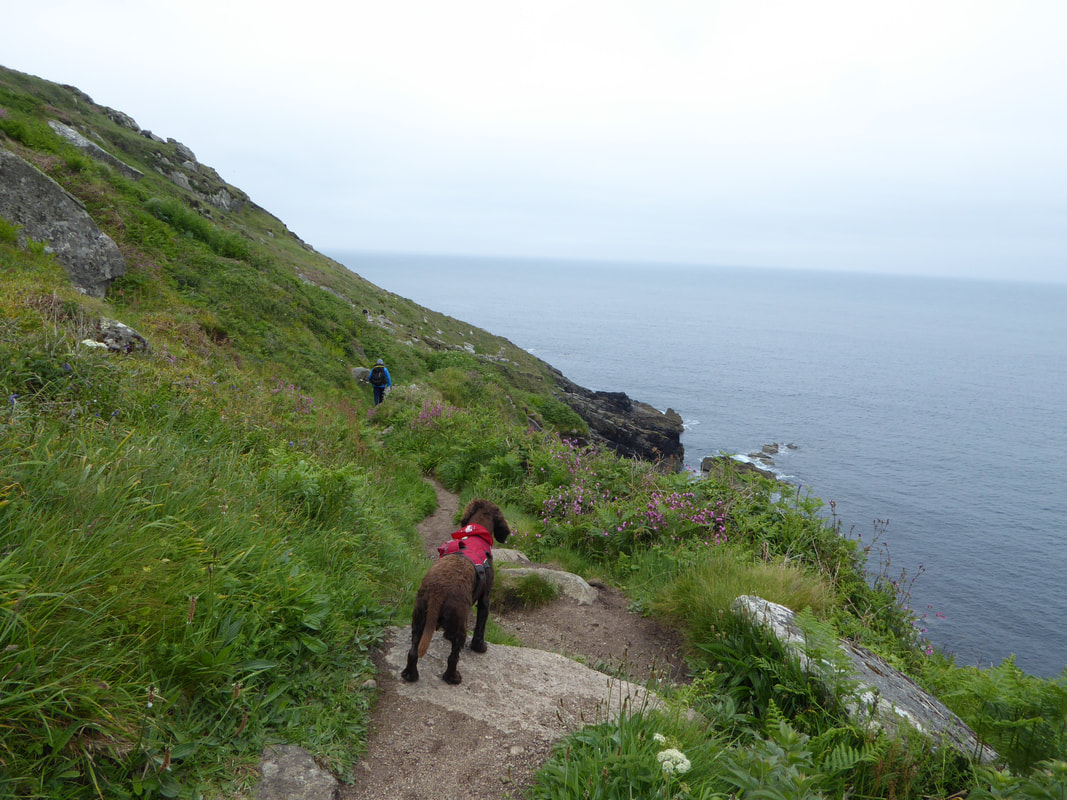 ​Fudge does this a lot - it's as though he is not convinced by my Navigation! 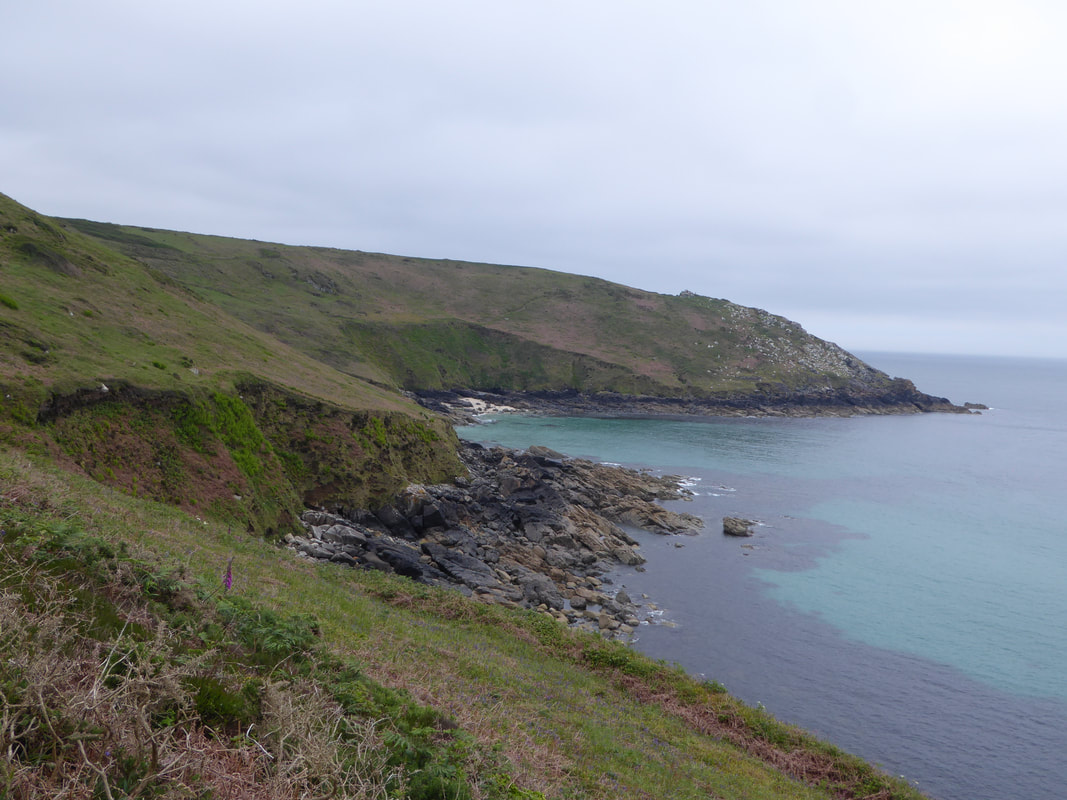 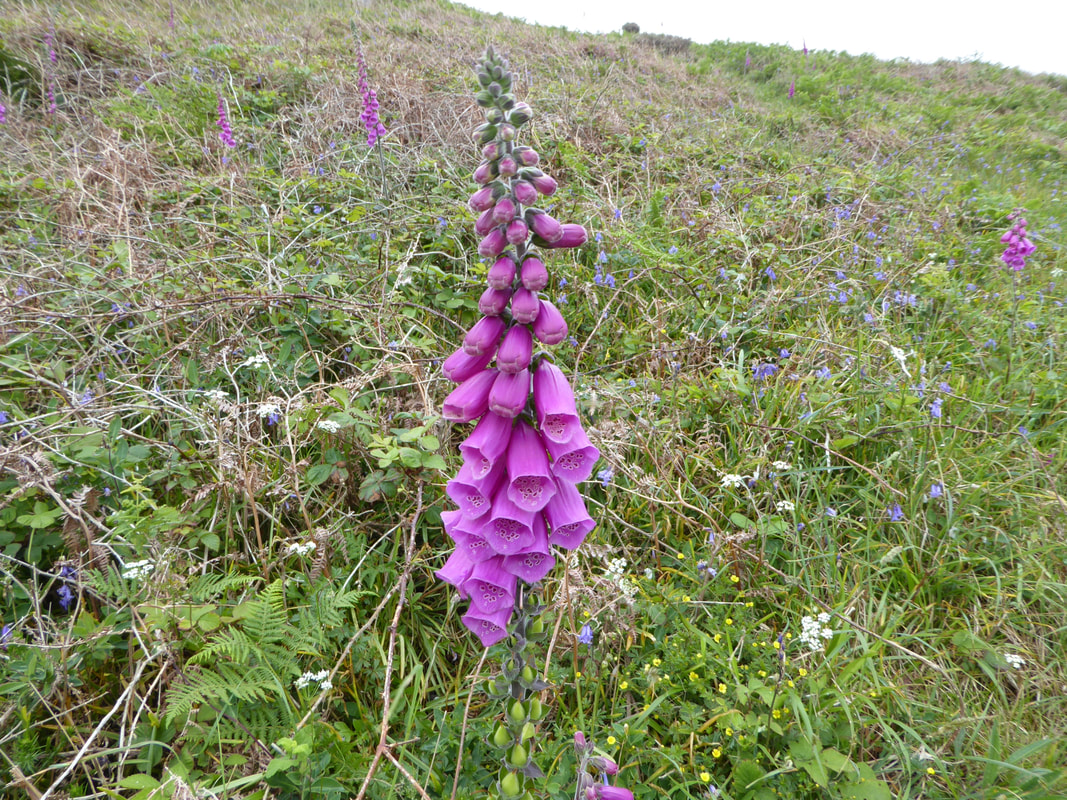 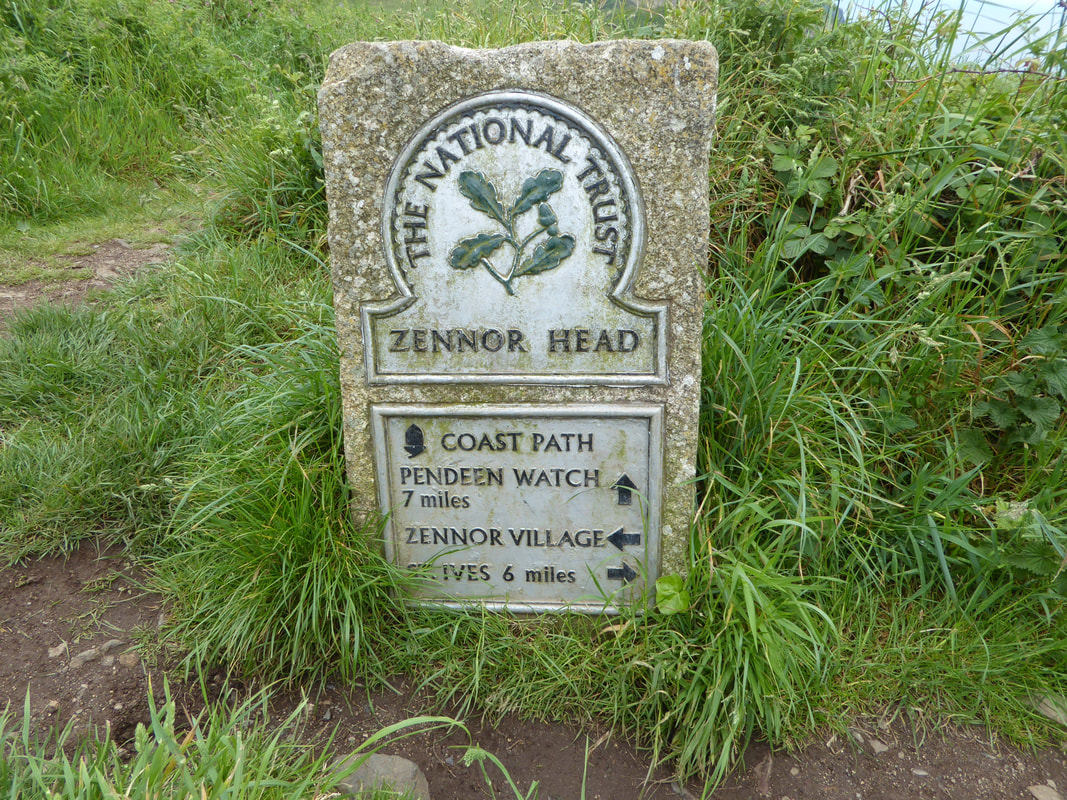 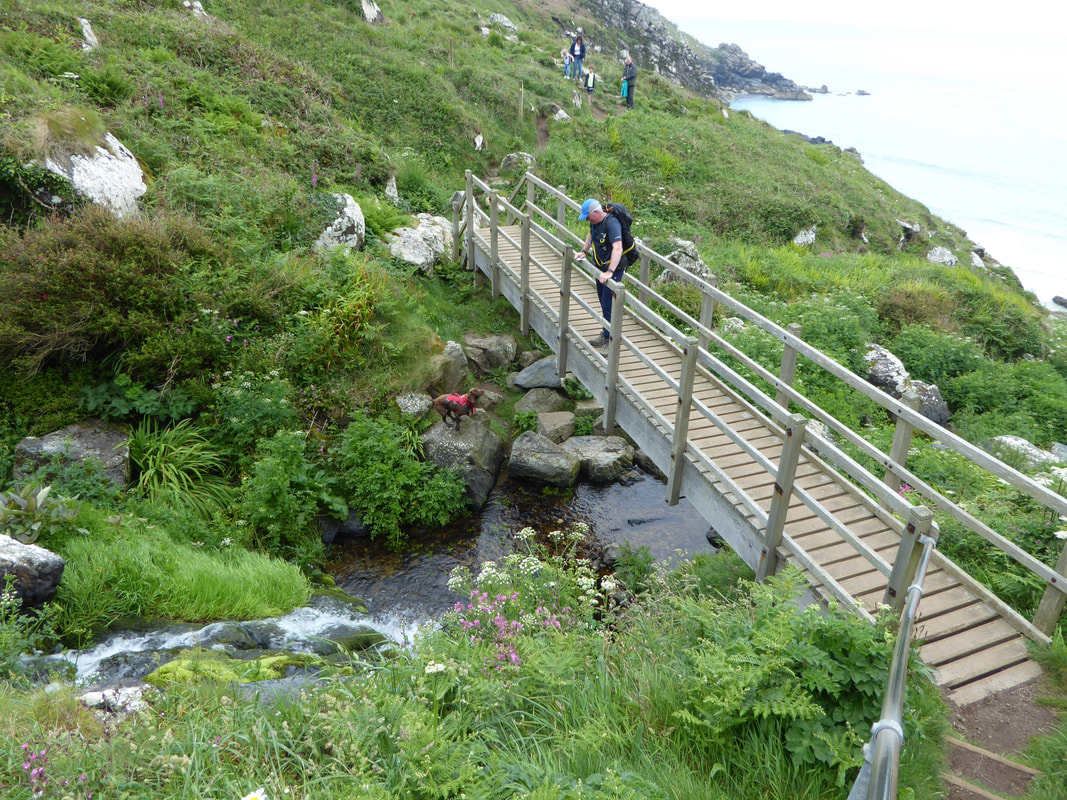 ​The footbridge above Pendour Cove - in you go Fudge 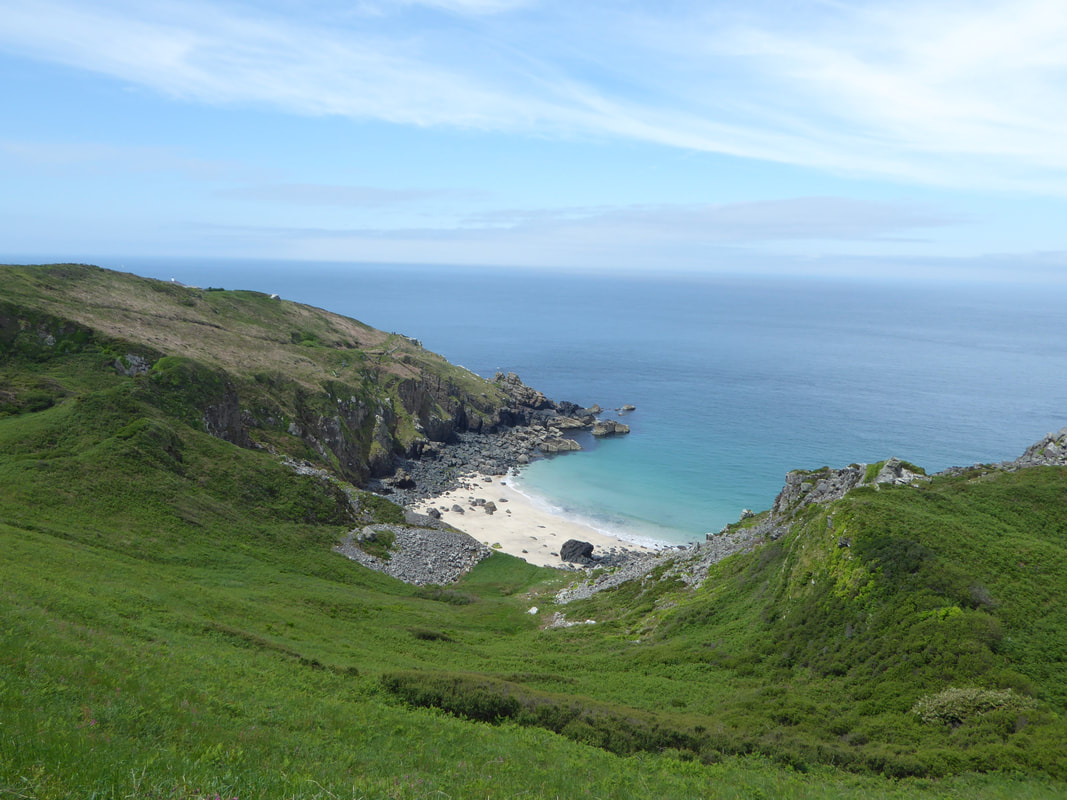 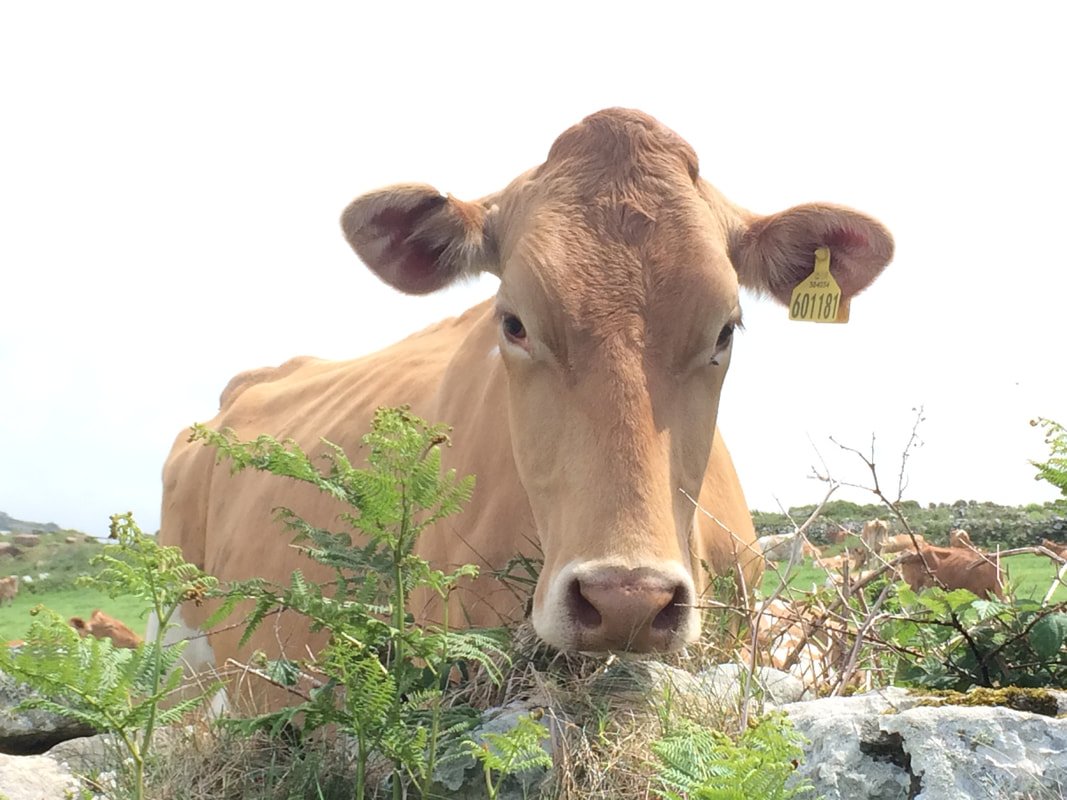 Moo are you looking at? 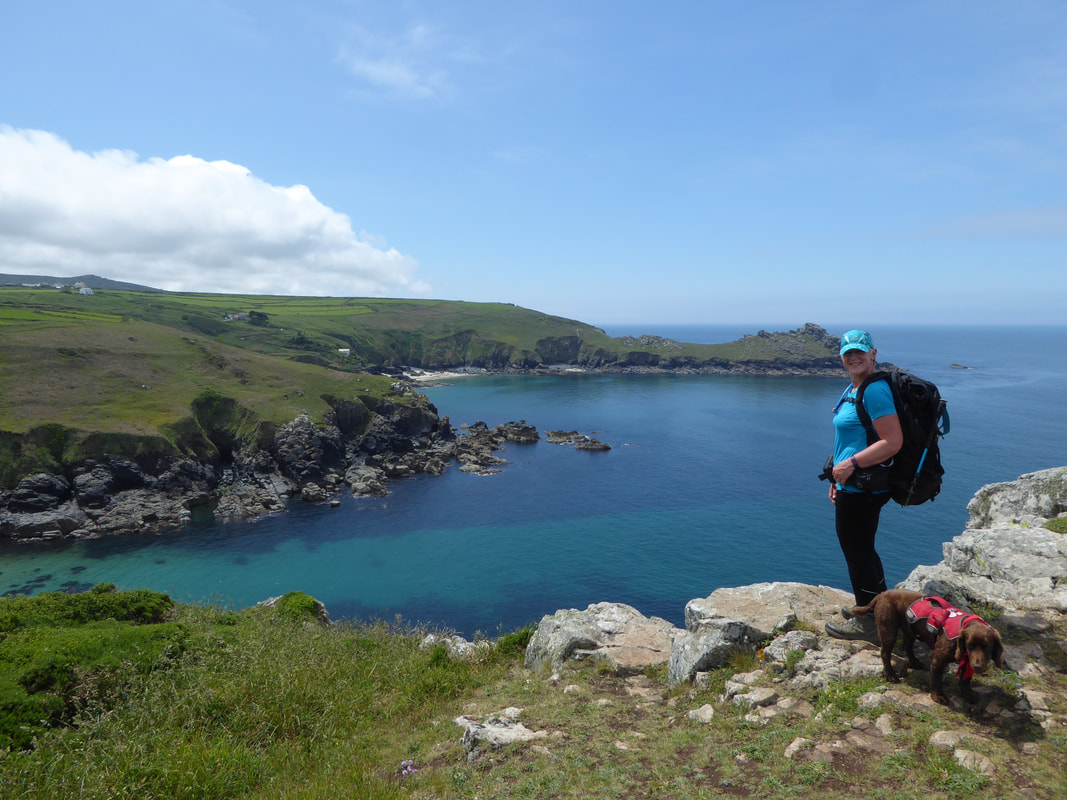 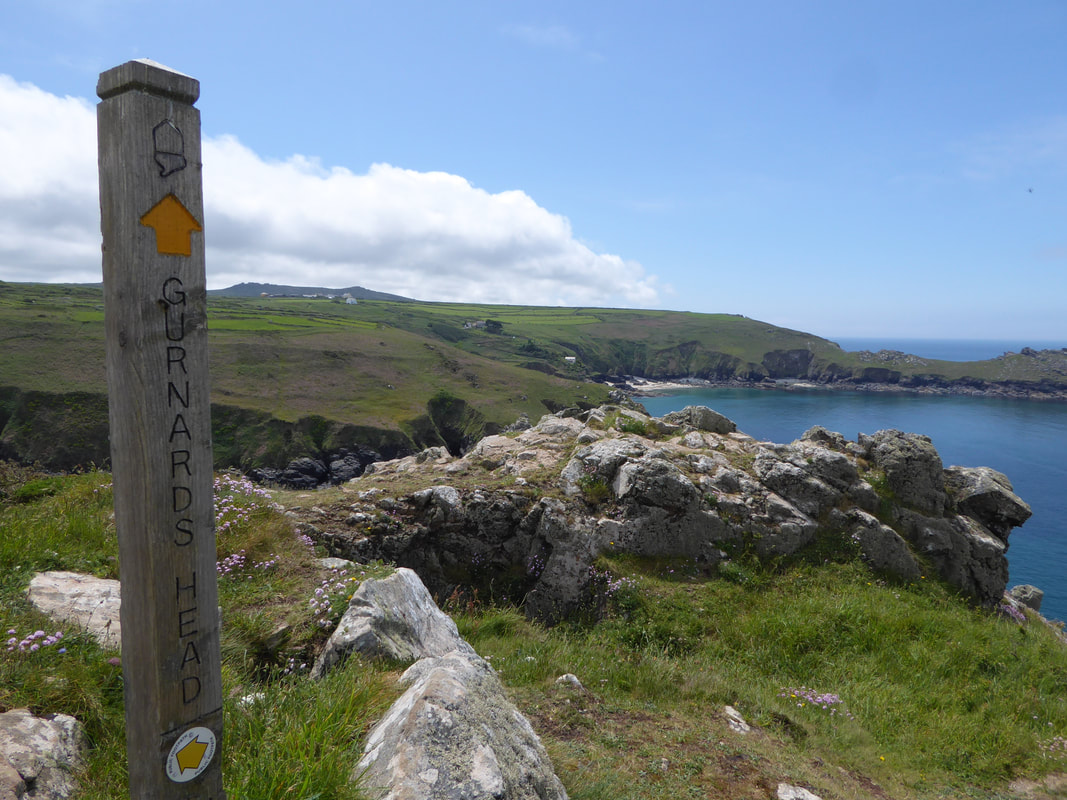 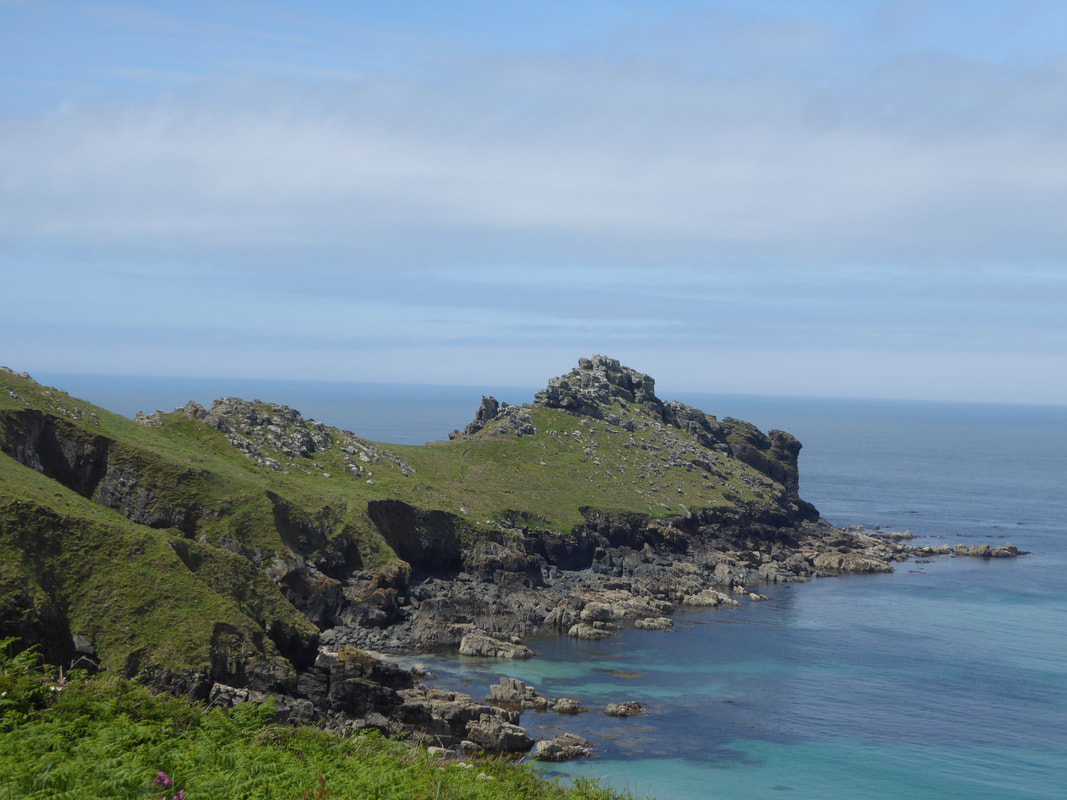 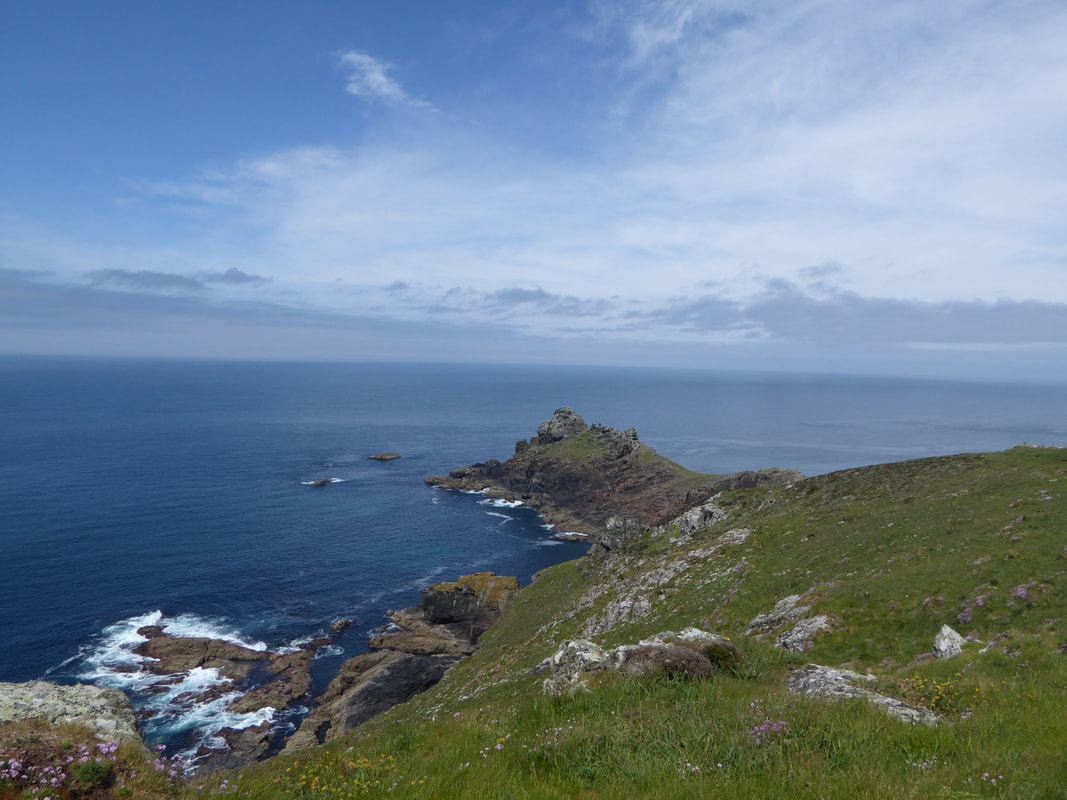 Gurnard's Head from near Treen Cliff 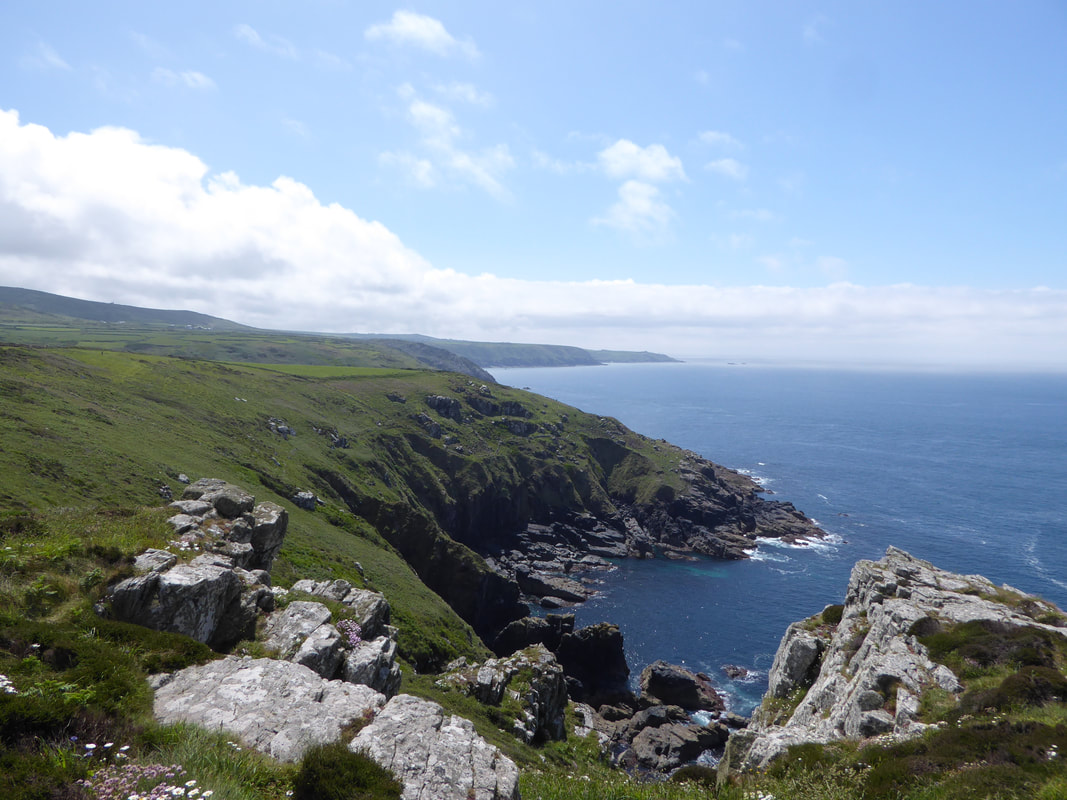 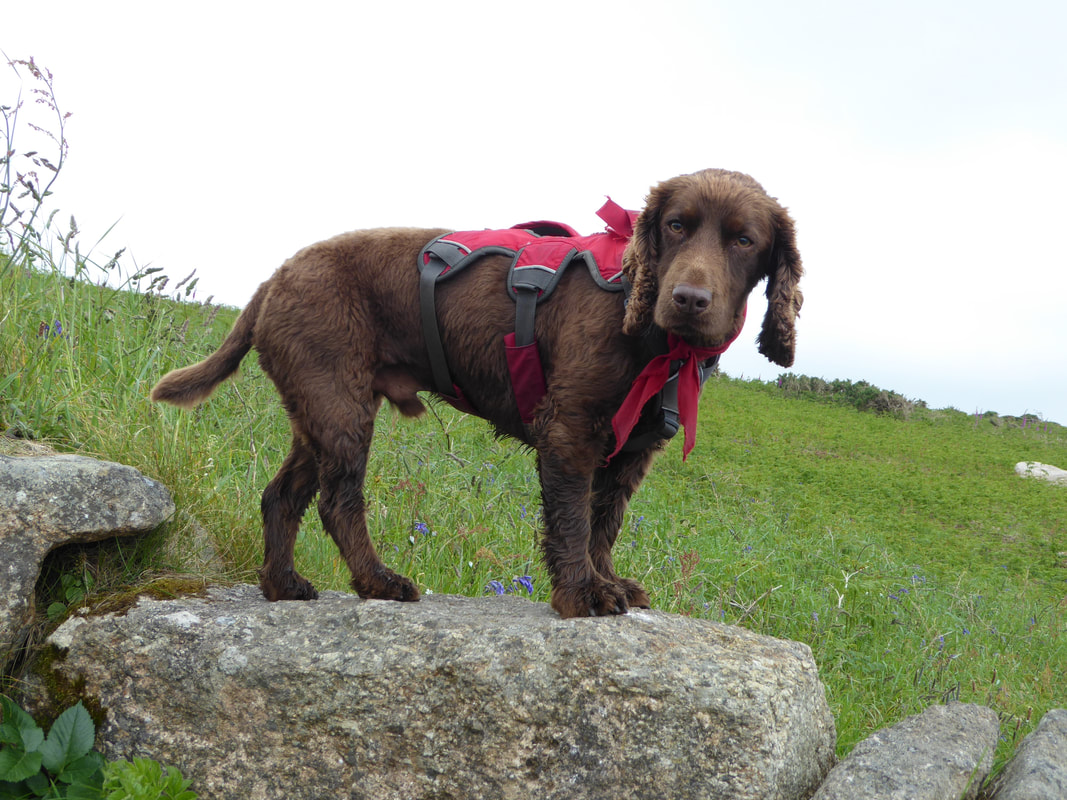 ​Is it tea time yet? 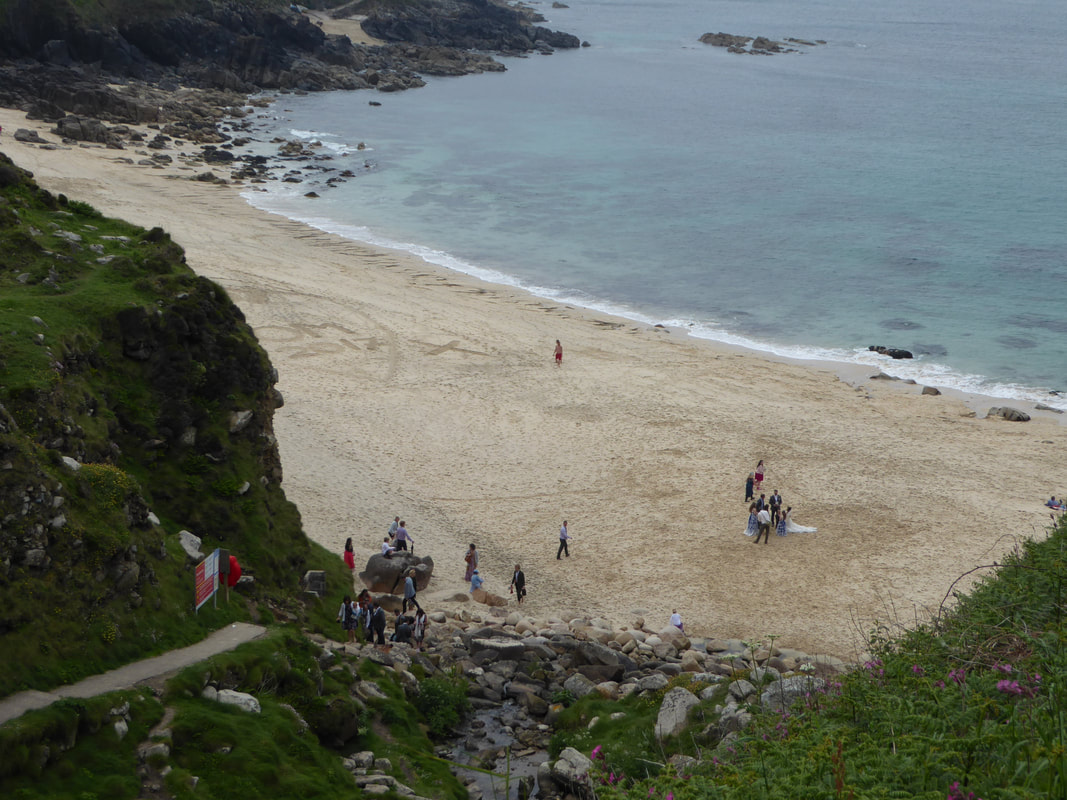 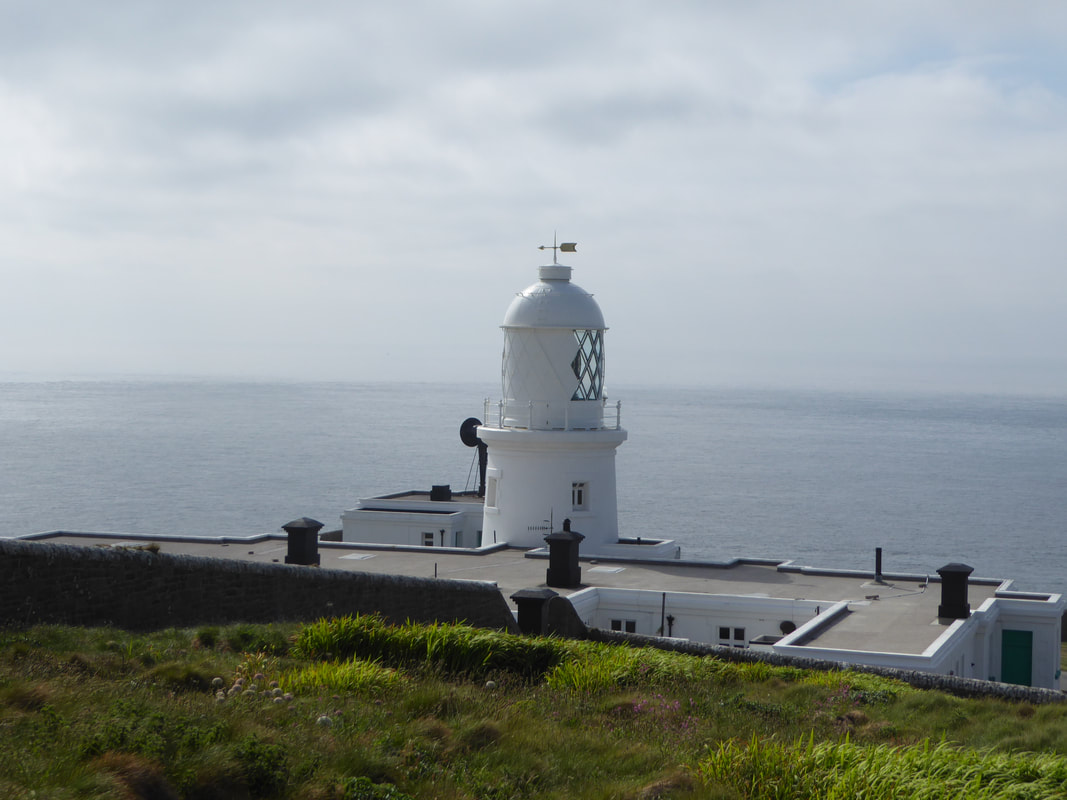 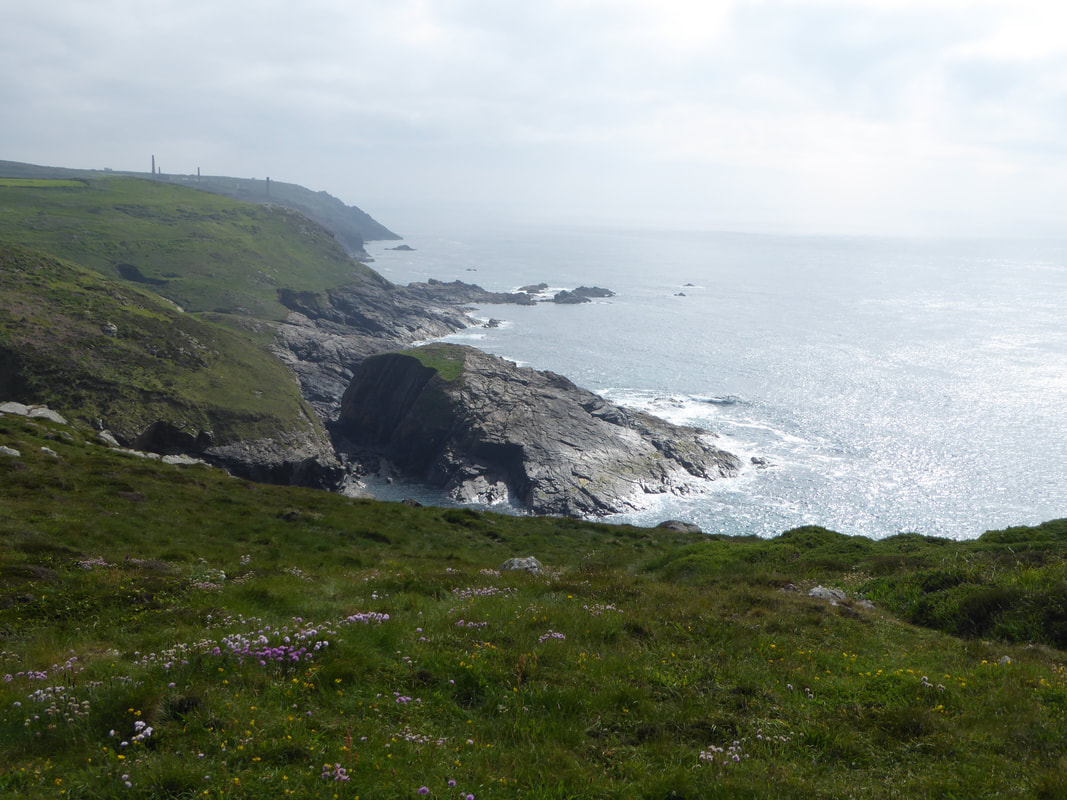 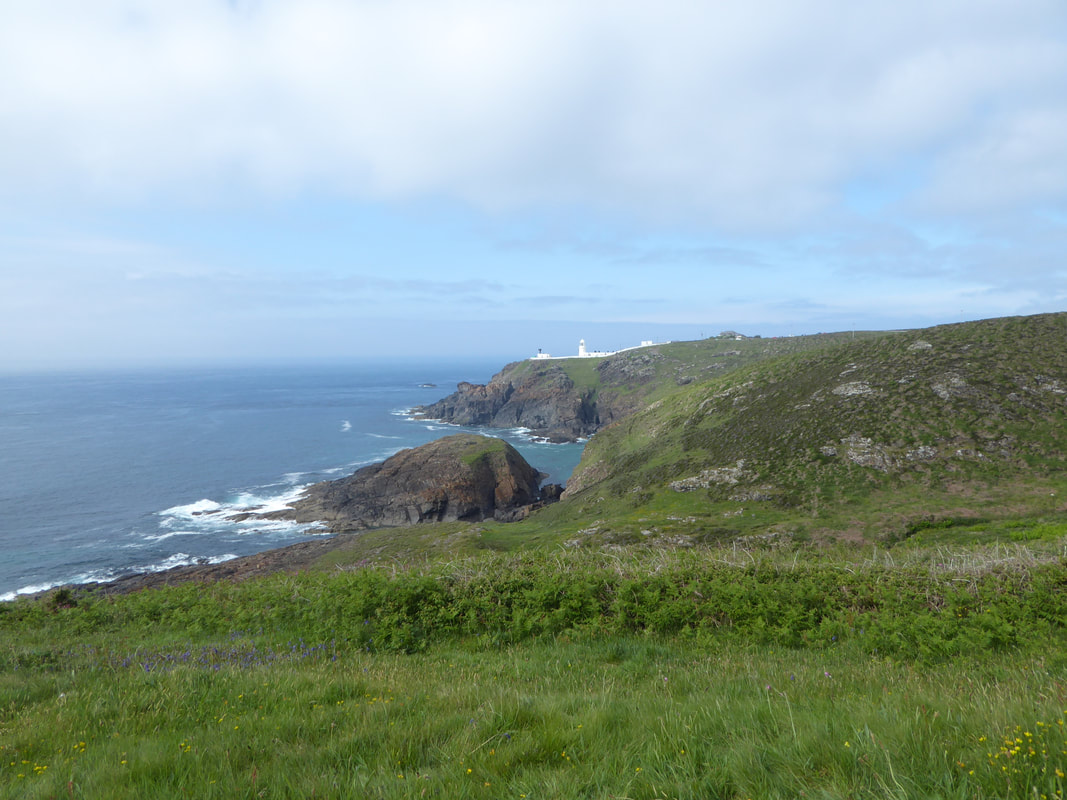 Looking back to The Enys and Pendeen Watch 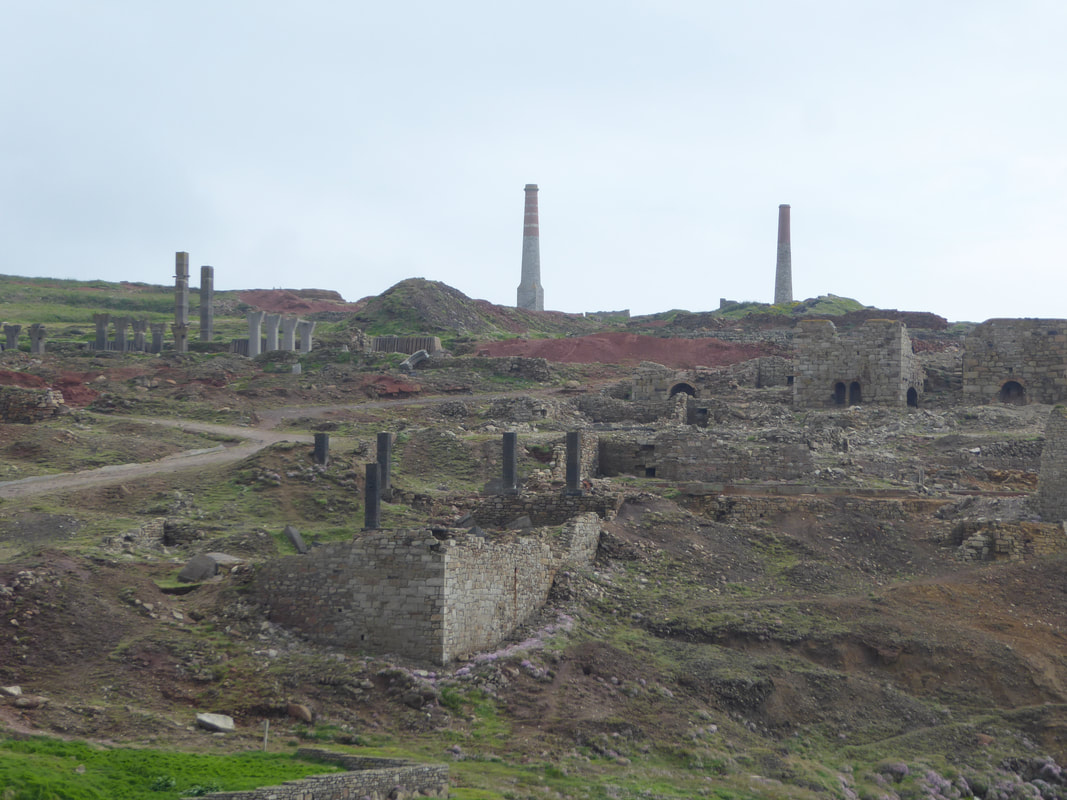 Levant Mine Workings - we would walk through here tomorrow 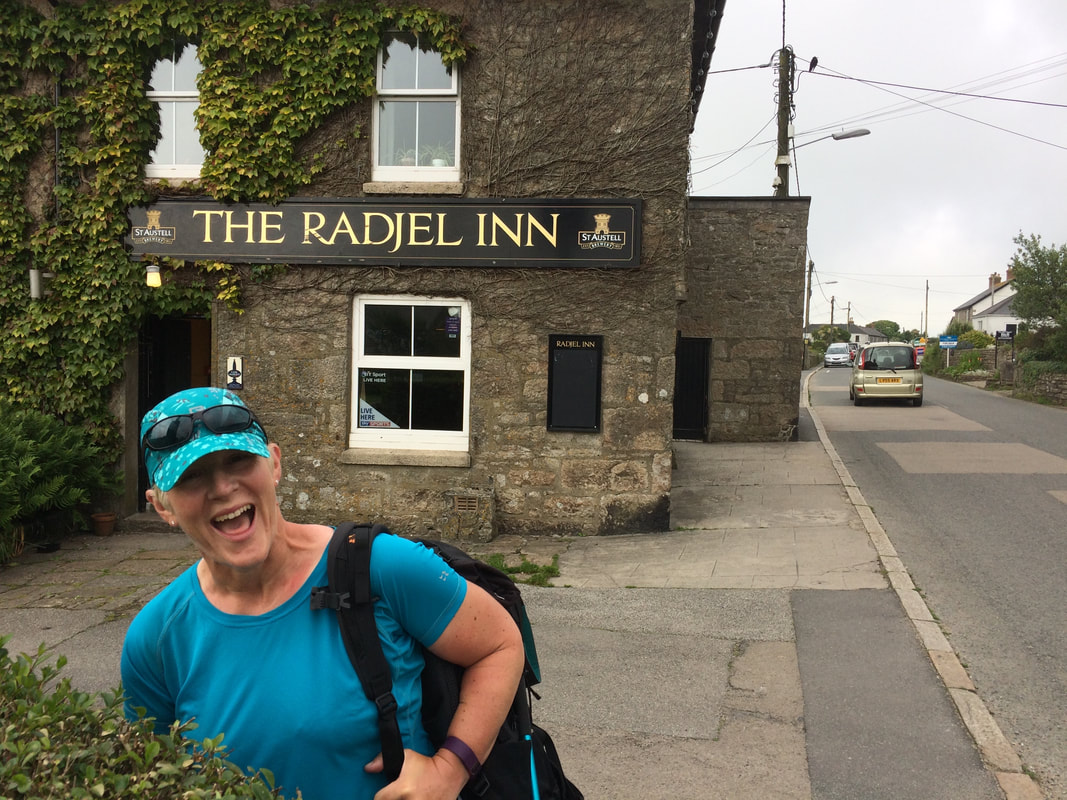 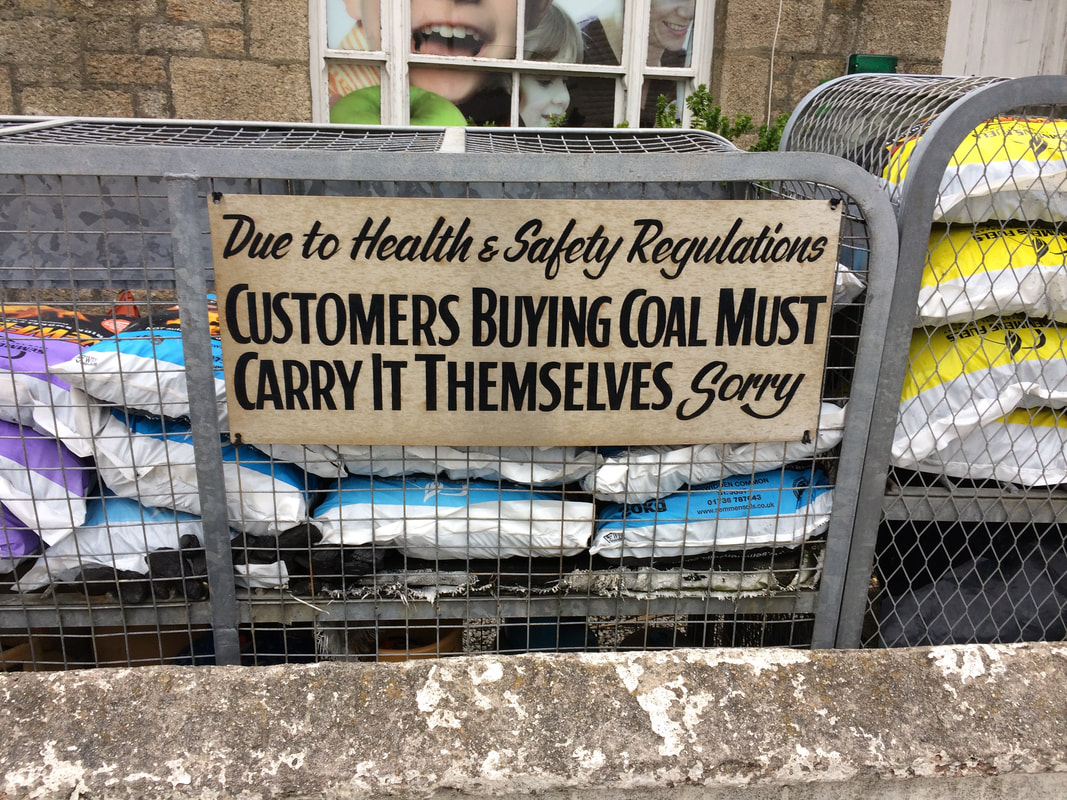