We were staying at Buckatree Hall however there is plenty of free parking at Grid Ref SJ638093.

Generally good paths with some road walking along Spout Lane. Care needs to be taken on the steep descent from Needle's Eye down to Spout Lane, particularly if wet.

Very cold yet sunny. Visibility good but the light was poor.

​​​​​Map
​
OS242 - Telford, Ironbridge & The Wrekin
​If the above GPX file fails to download or presents itself as an XML file once downloaded then please feel free to contact me and I will send you the GPX file via e-mail.  ​​ 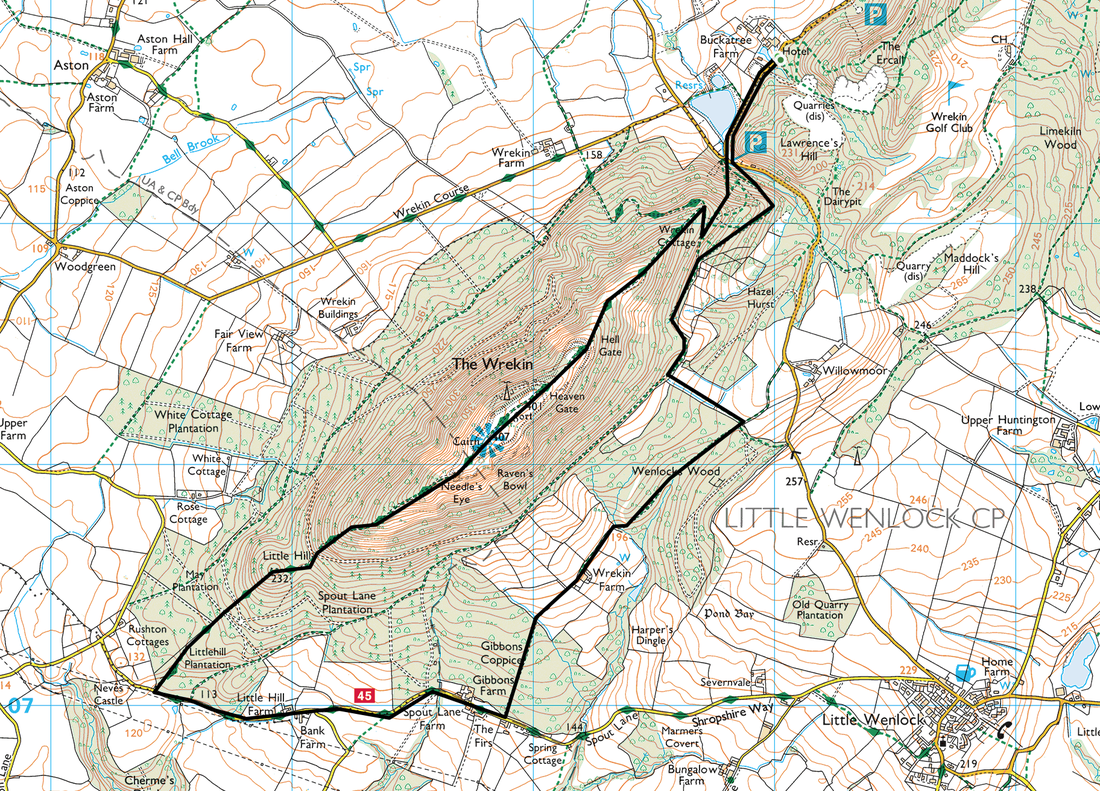 Having walked many times up on The Long Mynd, Caer Caradoc and The Lawley, we have always admired The Wrekin from afar and said that one day we would find the time to climb it. Today we got the chance and it did not disappoint.

The Wrekin is the site of an ancient Iron Age hill fort some 20 acres in size. It is also, sadly, home to a transmitter station. The distinctive outer and inner entrances to the hill fort are known as Hell and Heaven Gates. There is also a cleft in a craggy outcrop near the summit called Needle's Eye and legend has it that it was caused by a Giant wielding a spade to hit his brother - he missed and hit the rock so causing the cleft. Another myth is that if lovers scramble through the Needle together thus 'threading the needle' then they would later enjoy a trouble free marriage. I think the Giant's version is more plausible personally!

The walk starts generally from the large parking area at the foot of The Wrekin where there are plenty of spaces and there are more parking areas on the verges of the road. We headed up the wide muddy path and after passing through Hell Gate and then Heaven Gate we reached the summit. For little effort the summit gives glorious views over the surrounding area with views over to Caer Caradoc, The Lawley and The Long Mynd - Brown Clee Hill is also prominent.

From the summit we made our way South West down a very steep path emerging on Spout Lane. There was some road walking here but the lane was quiet and on reaching Gibbons Farm we made our way through the coppice, over fields and passed through Wenlocks Wood before contouring around the lower slopes of The Wrekin to reach the parking area.

It was good to see lots of people out enjoying The Wrekin today and it is easy to see why it is a much-loved local landmark - we really enjoyed our day on this lovely hill.​ 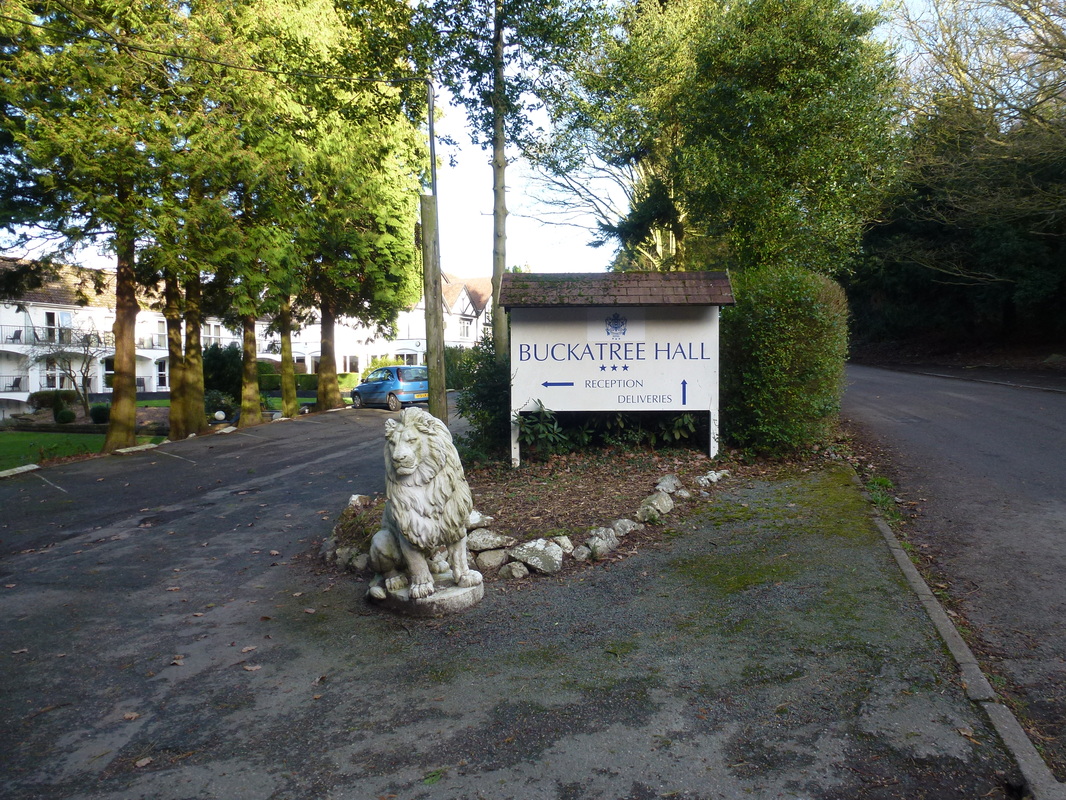 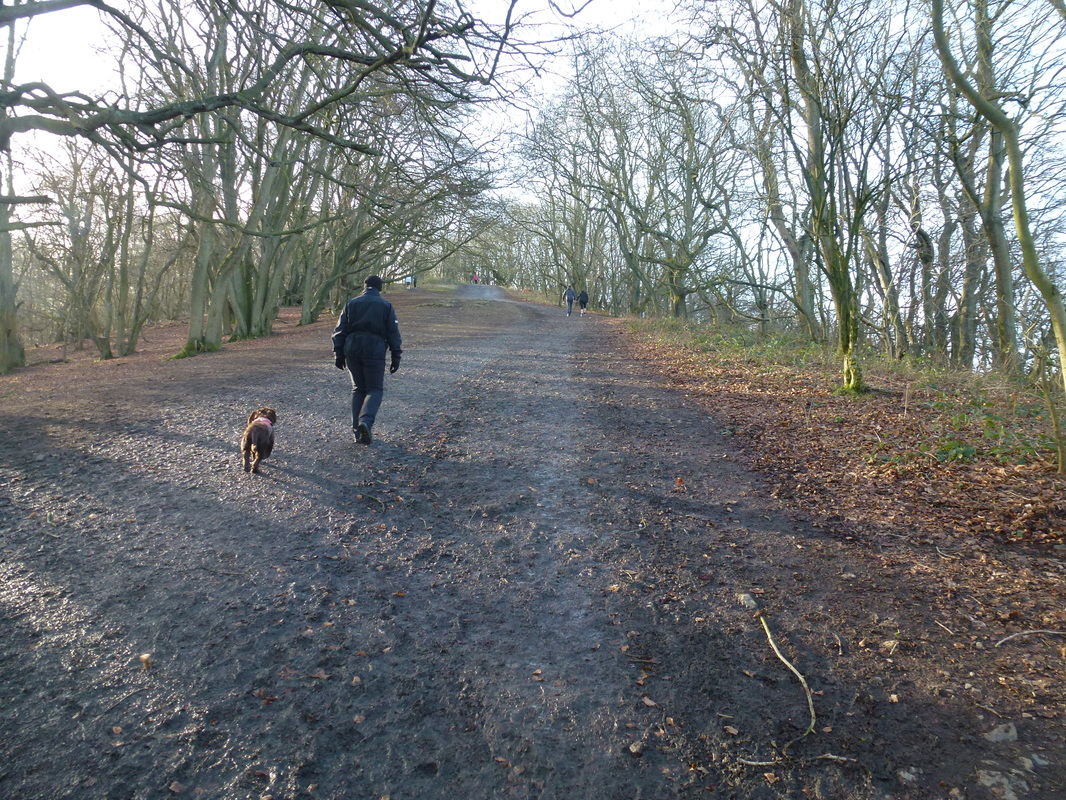 Heading up the wide and muddy path towards Hell Gate 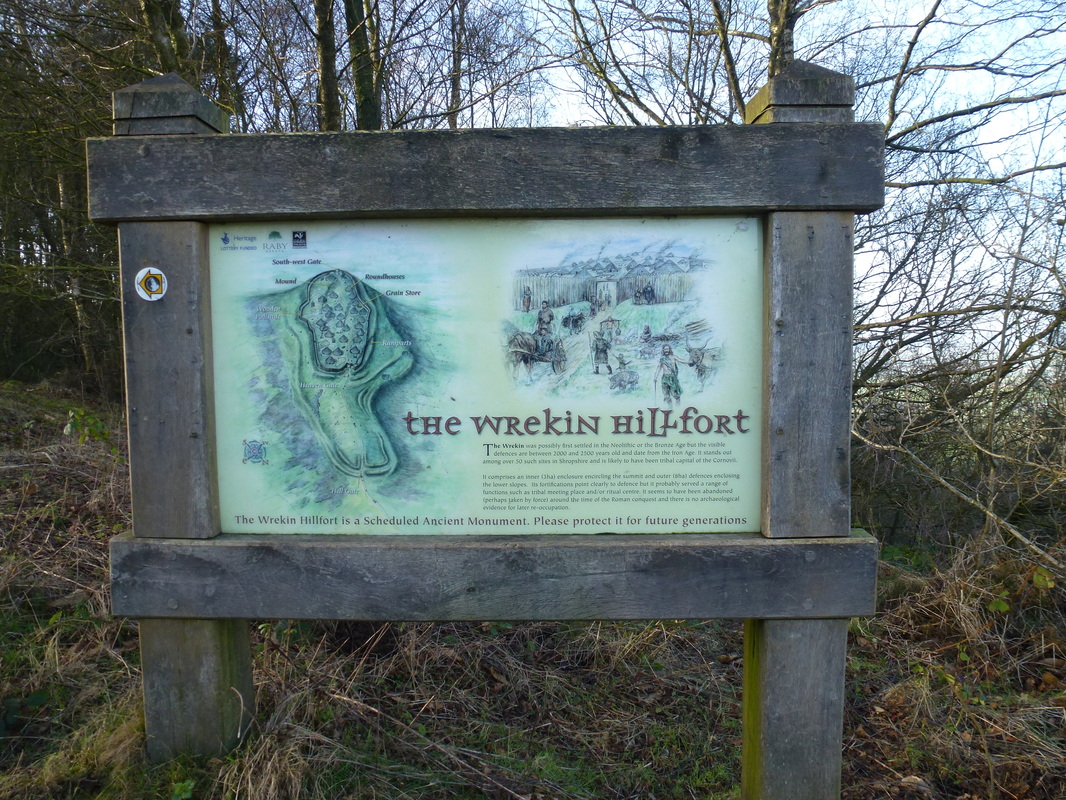 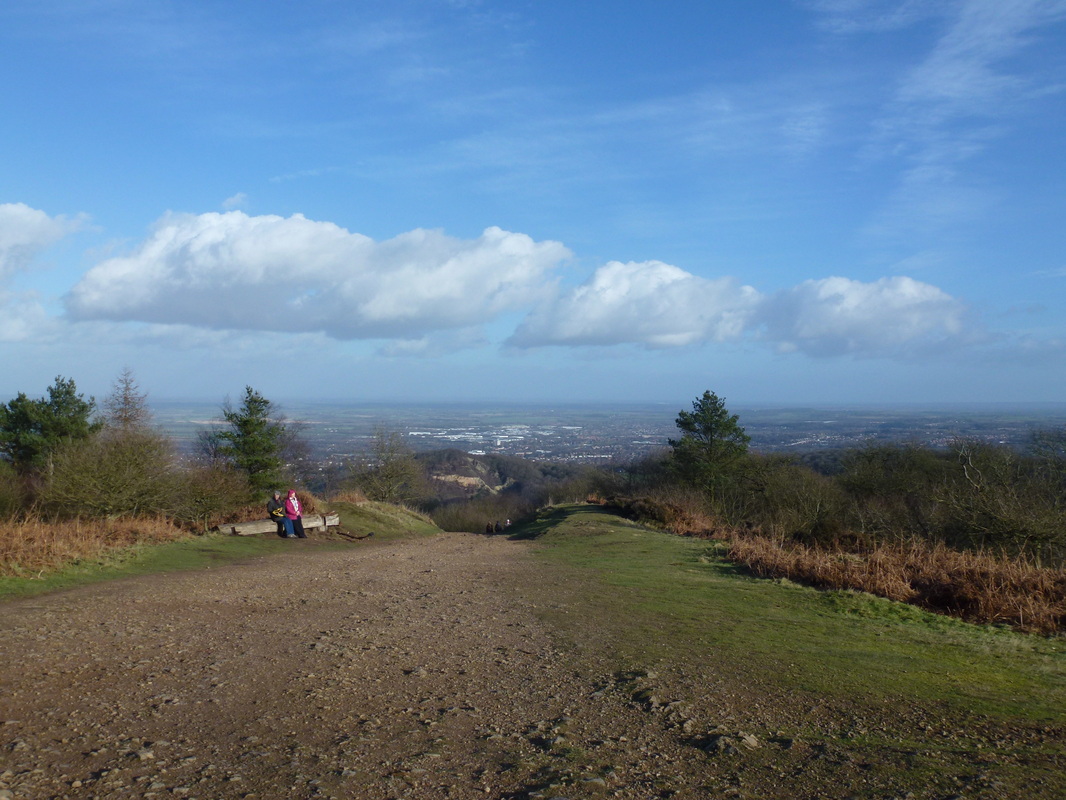 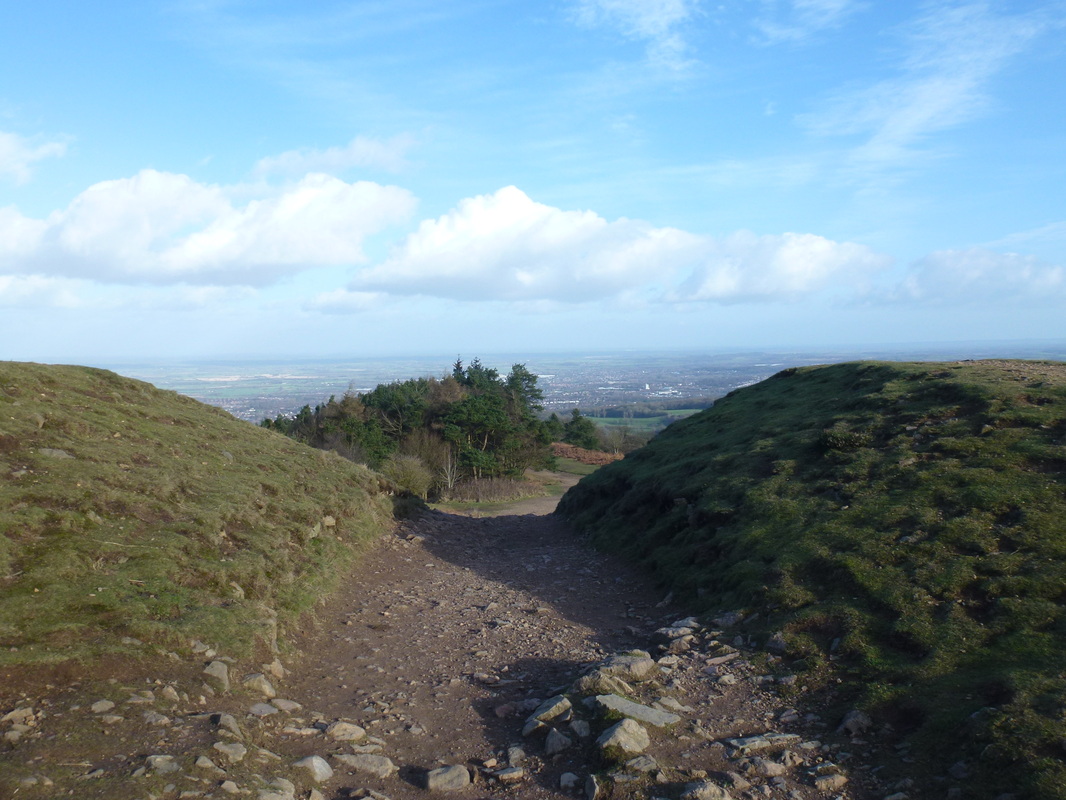 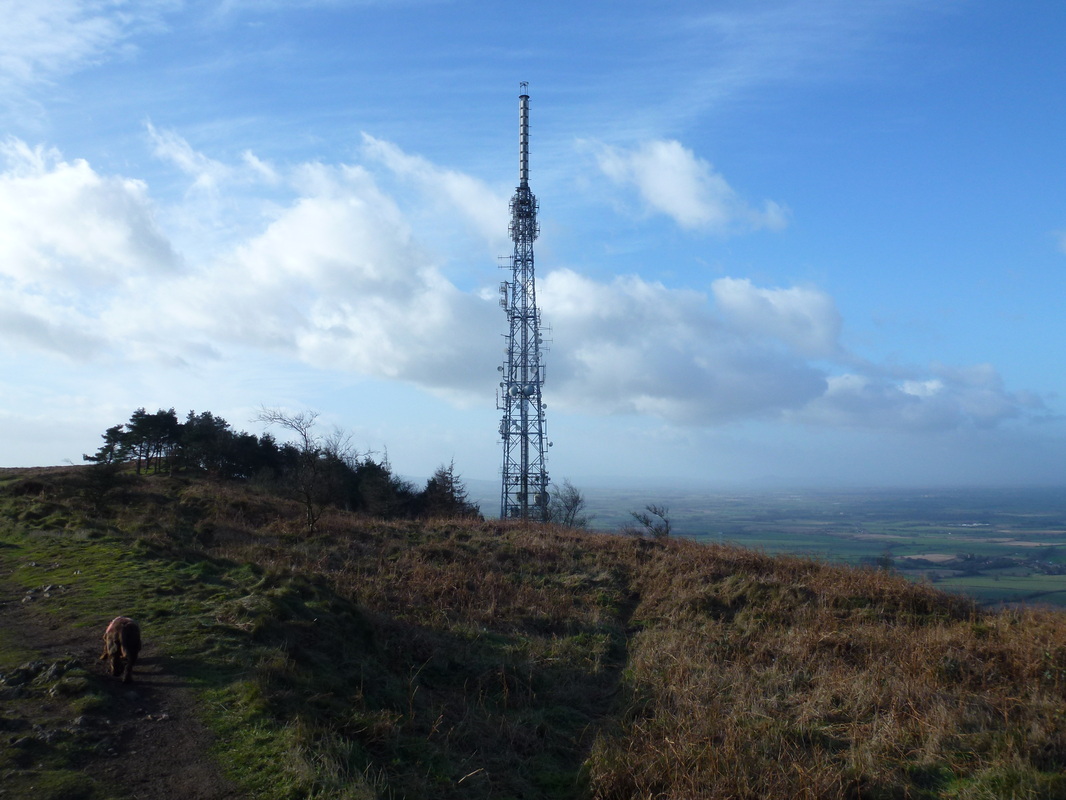 A necessary evil but such an eyesore on this beautiful hill 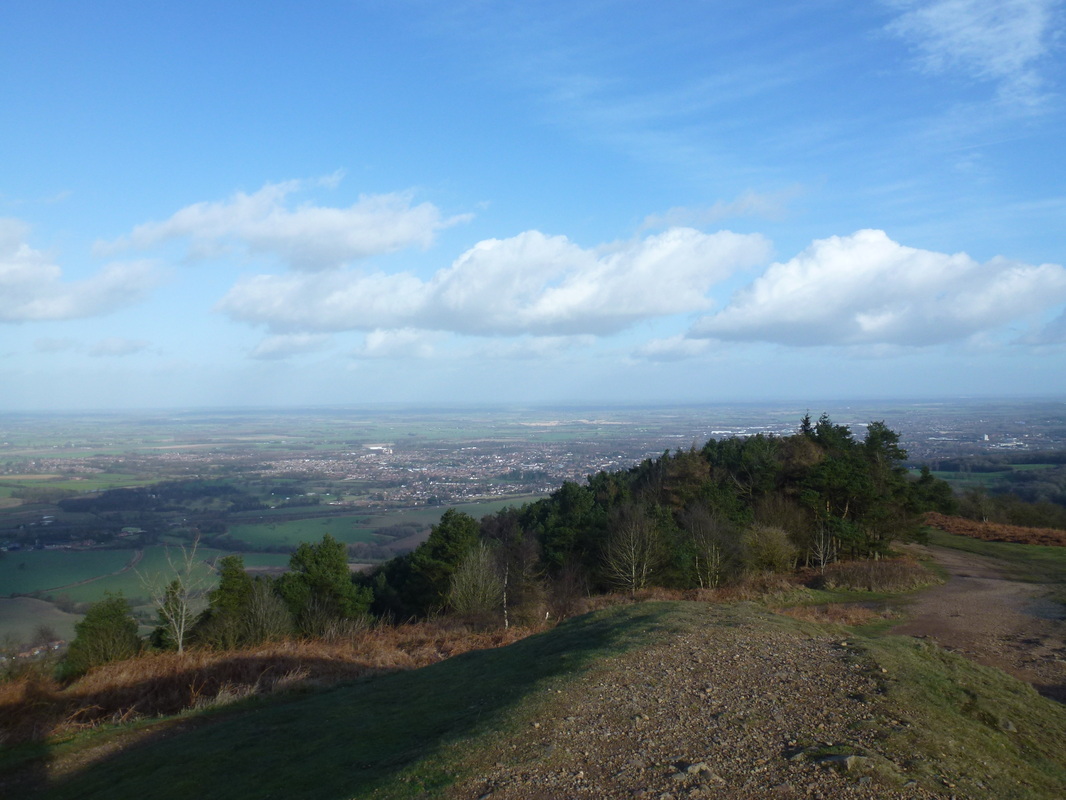 Looking to Wellington over the plantation 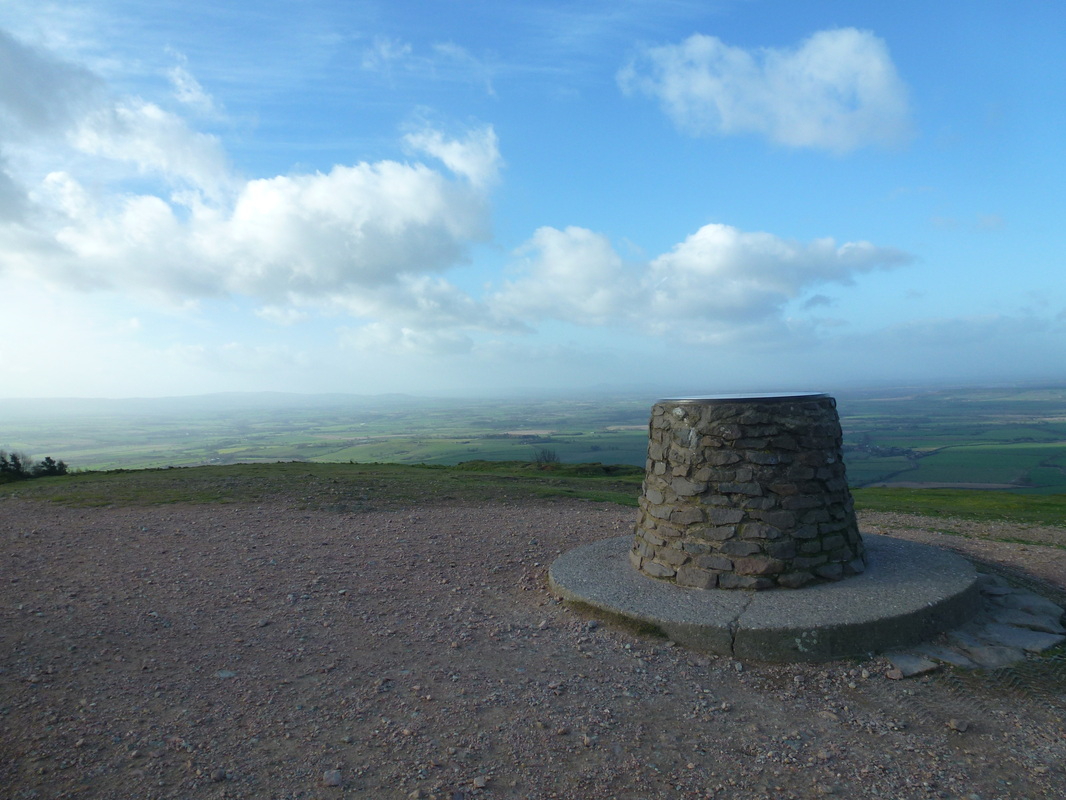 The toposcope on the summit of The Wrekin 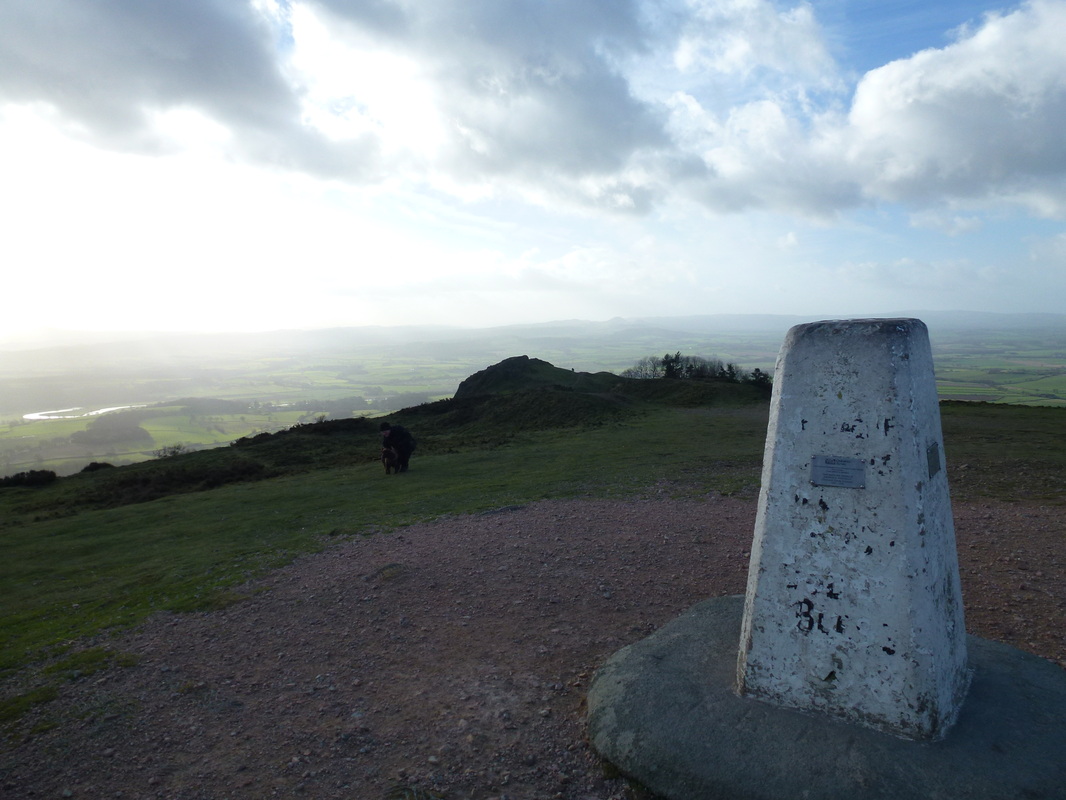 The summit of The Wrekin 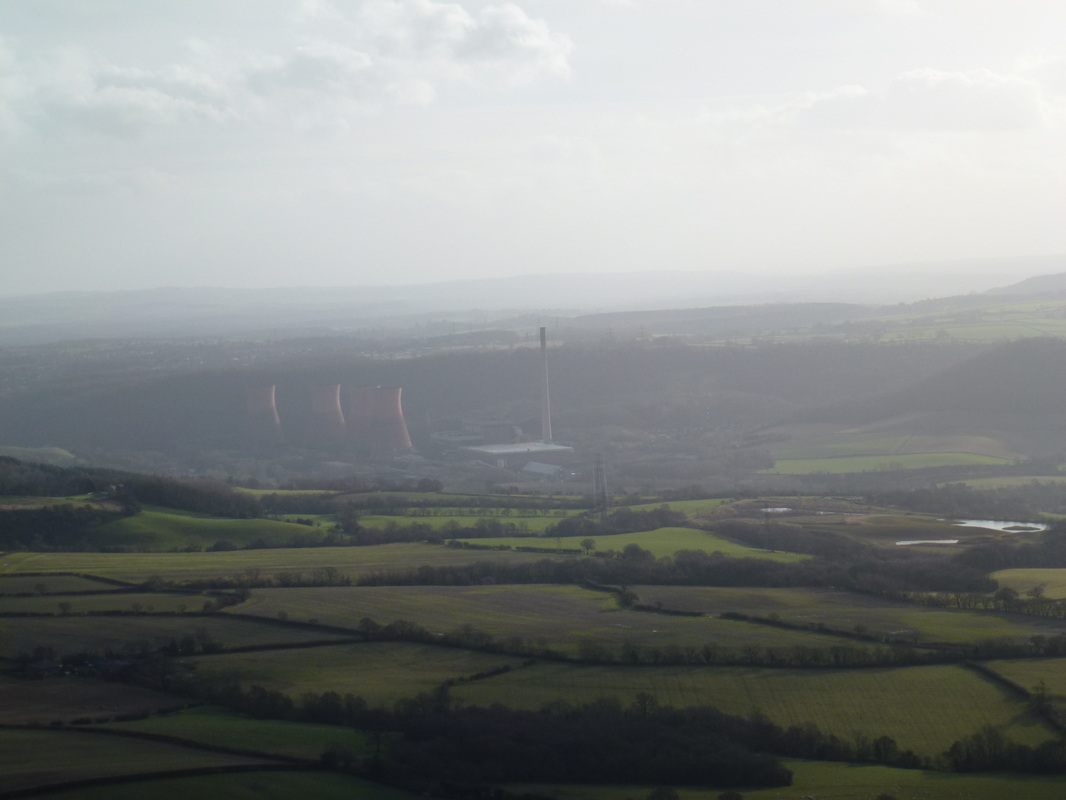 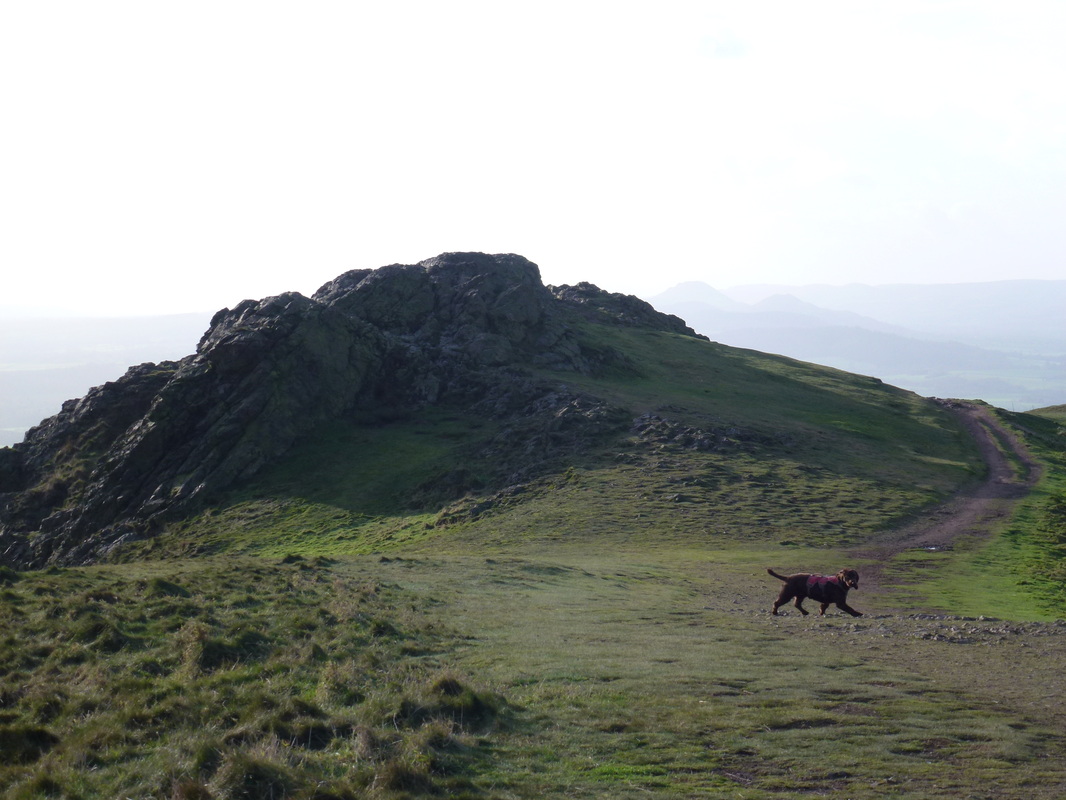 Heading off the summit to the rocky outcrop enclosing Needle's Eye. Fudge tries frantically to get out of shot. 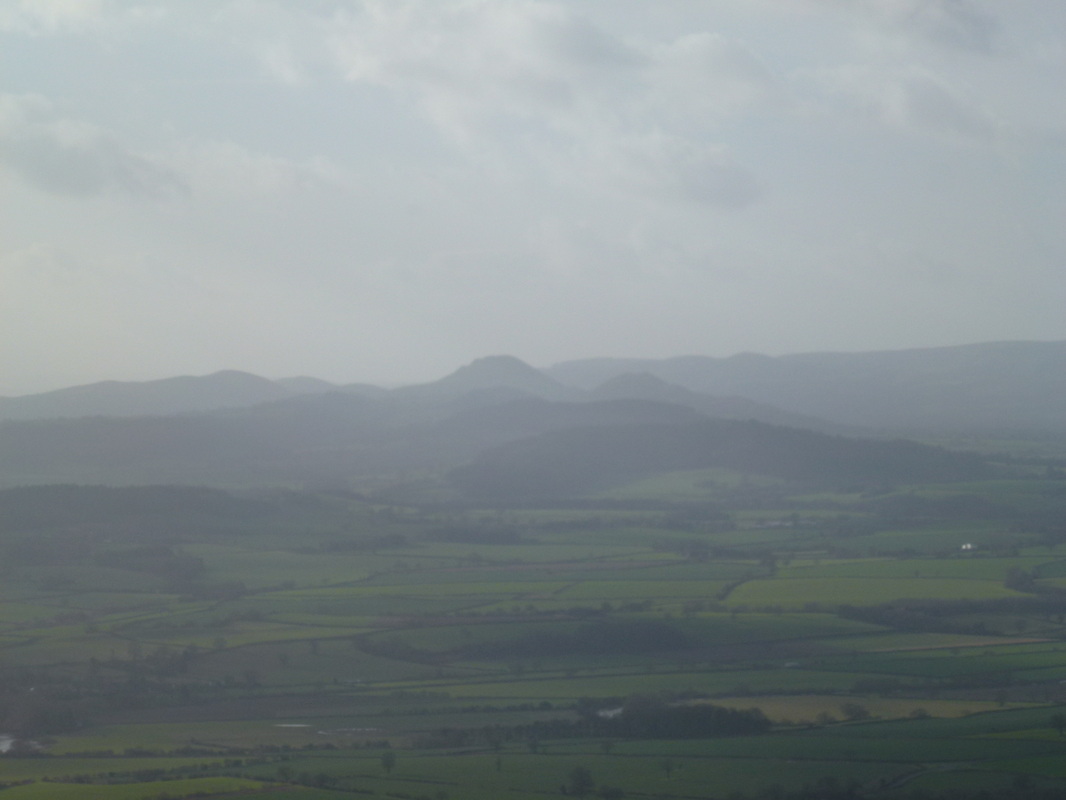 Light starting to go now - zooming in on Caer Caradoc, The Lawley & The Long Mynd 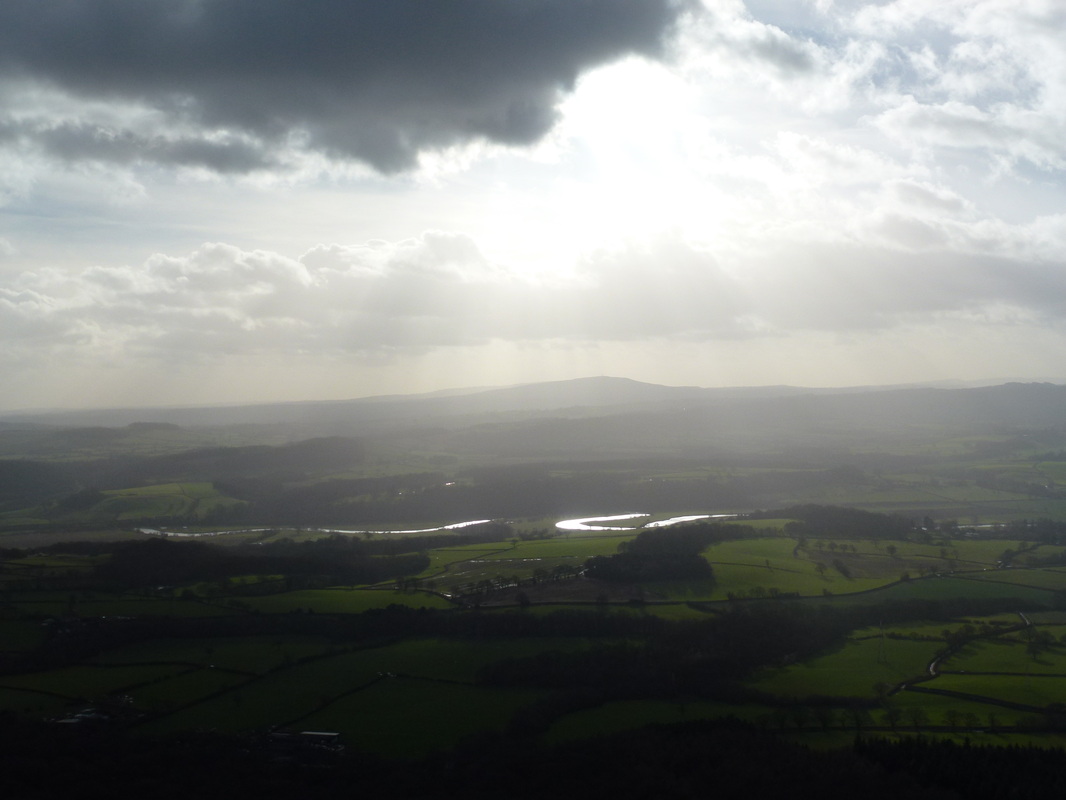 Brown Clee Hill in the distance over the River Severn 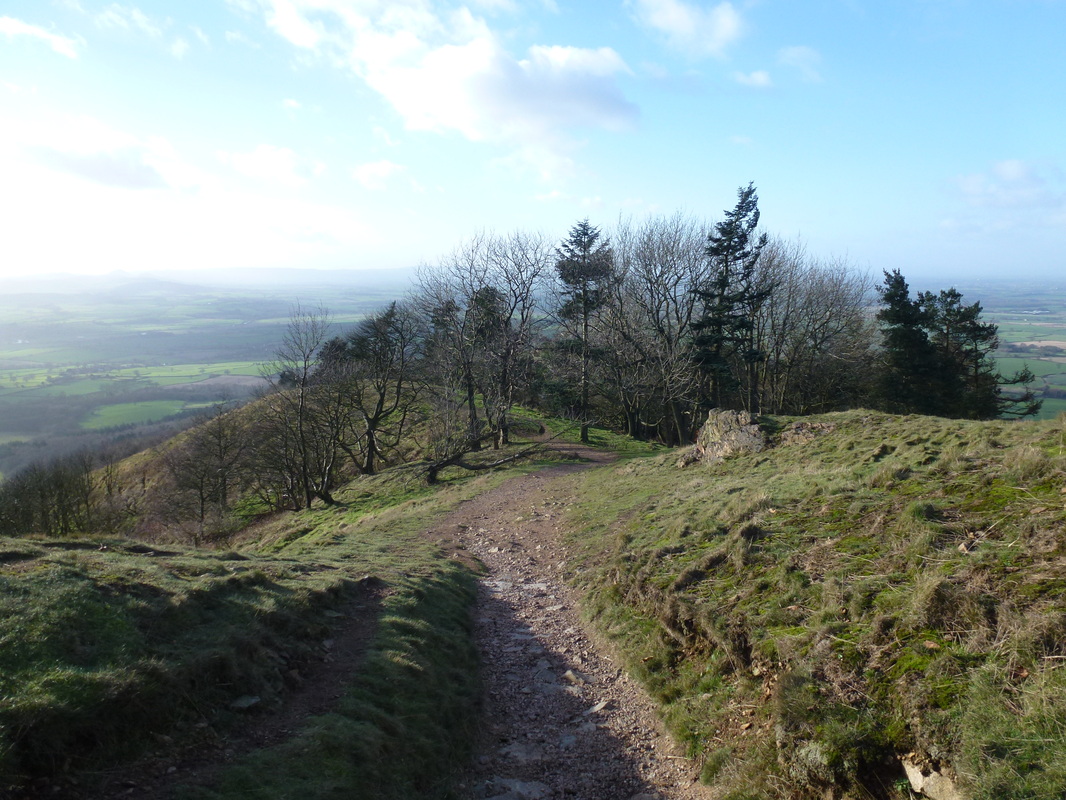 After passing Needle's Eye, the path heads to a plantation - a steep descent awaits 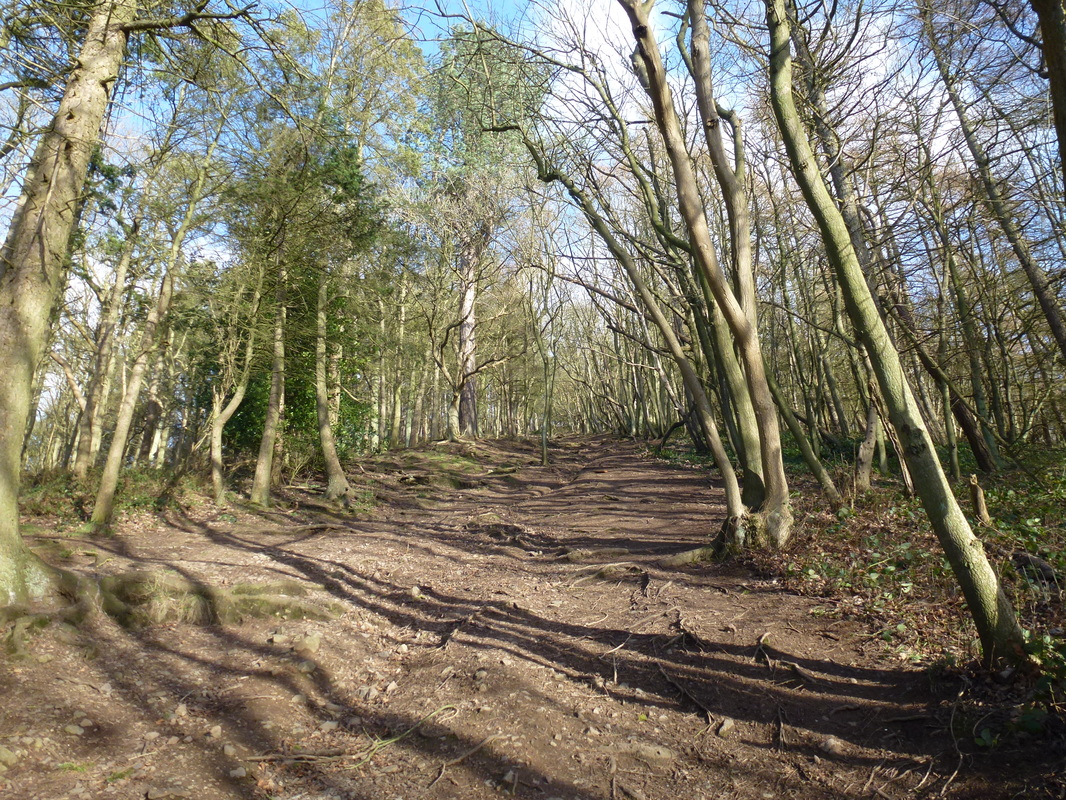 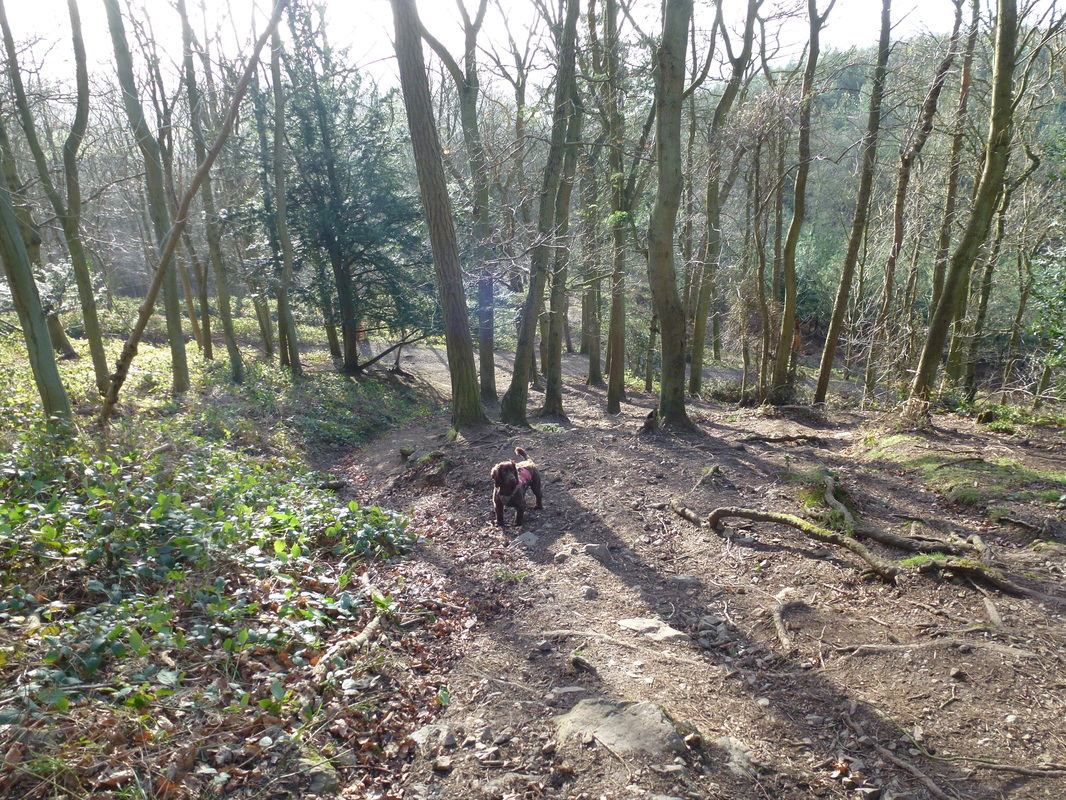 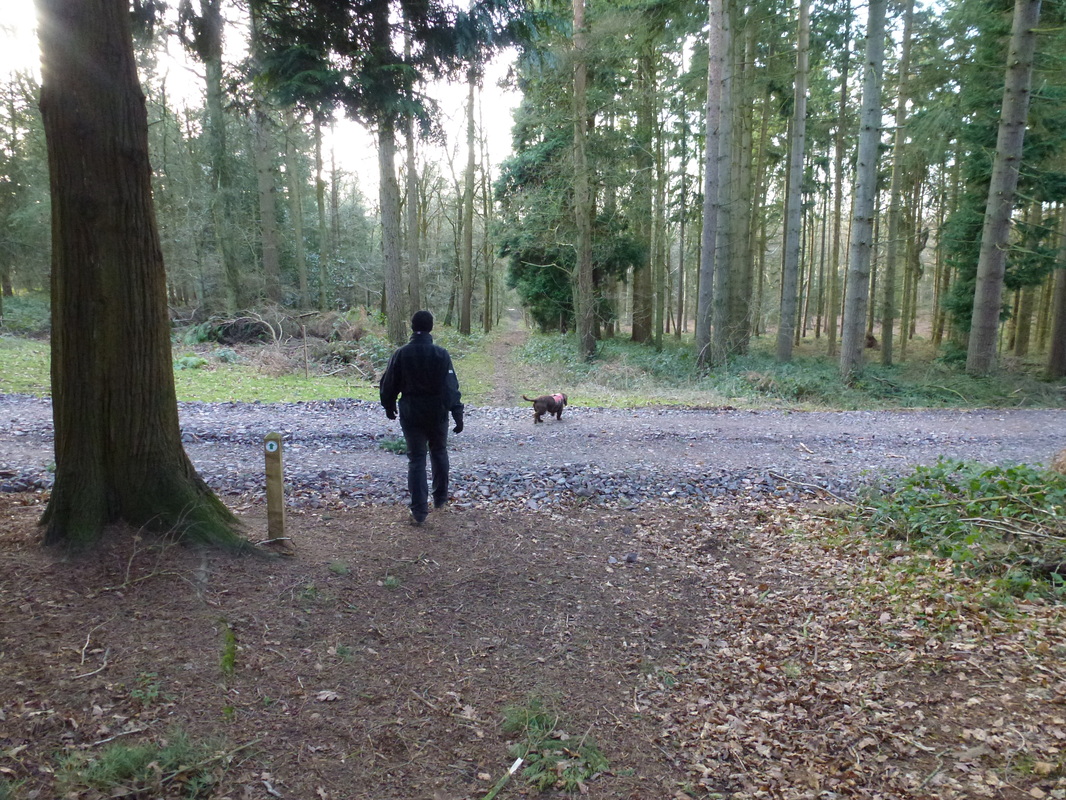 Finally the descent eases and a farm track is reached 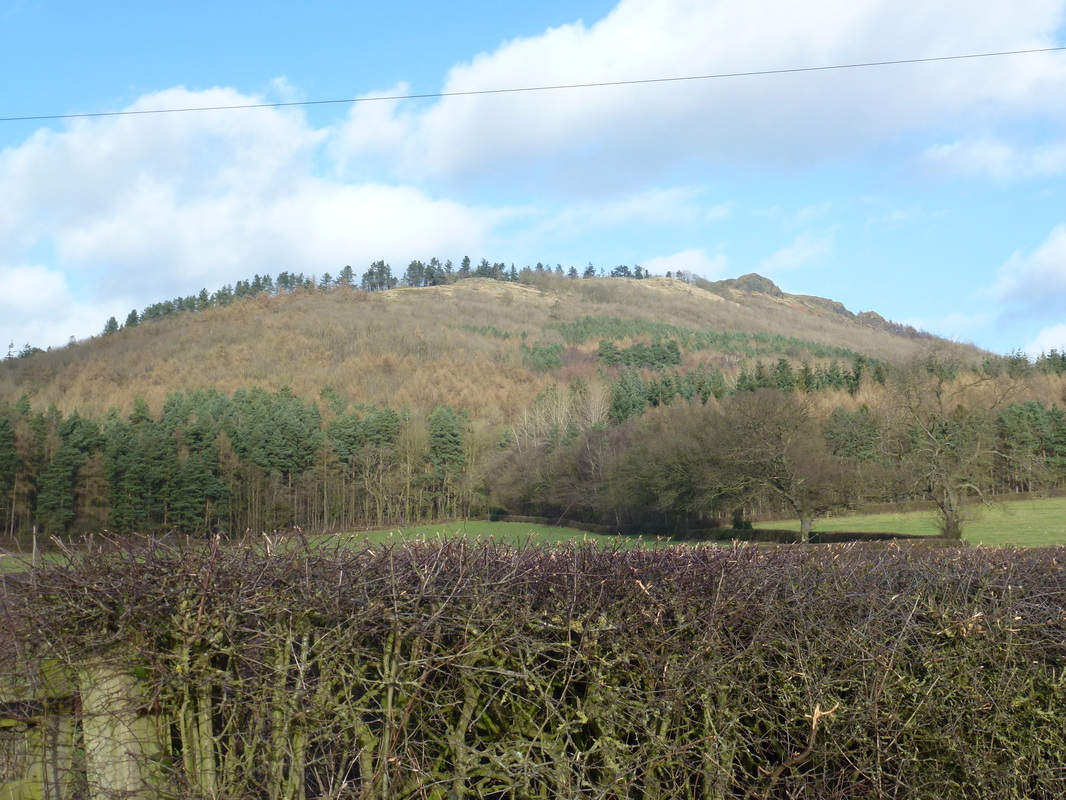 The Wrekin from Spout Lane 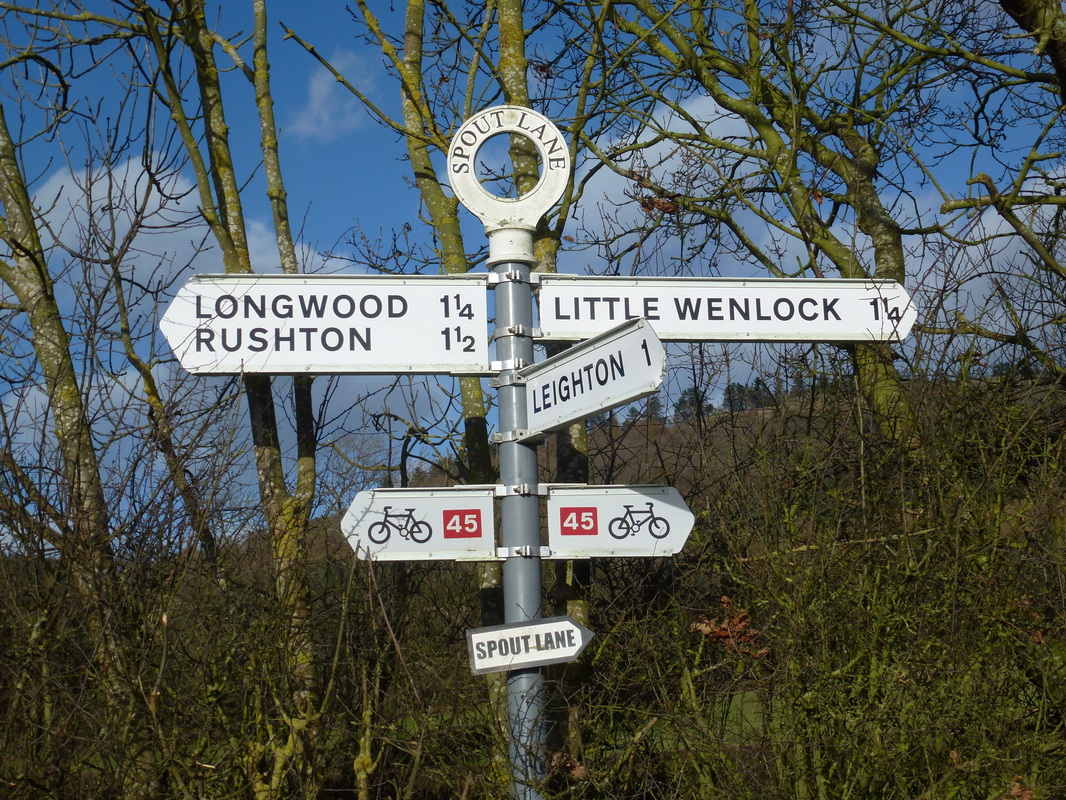 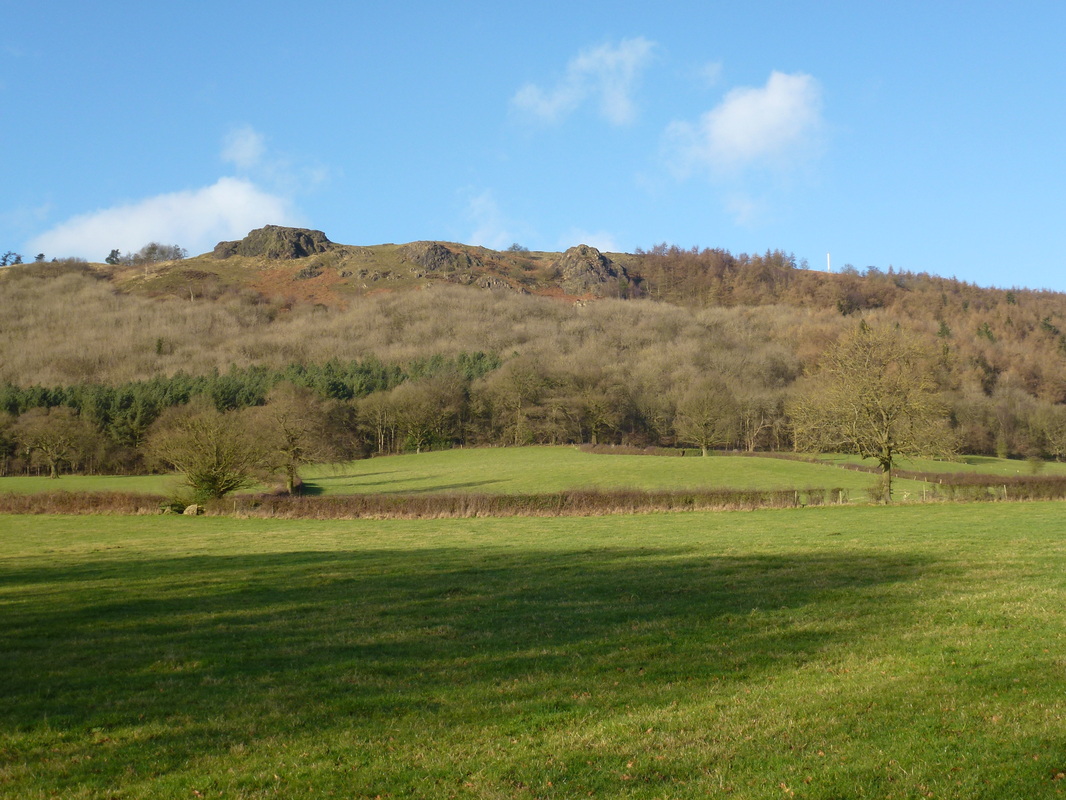 The views of The Wrekin continue 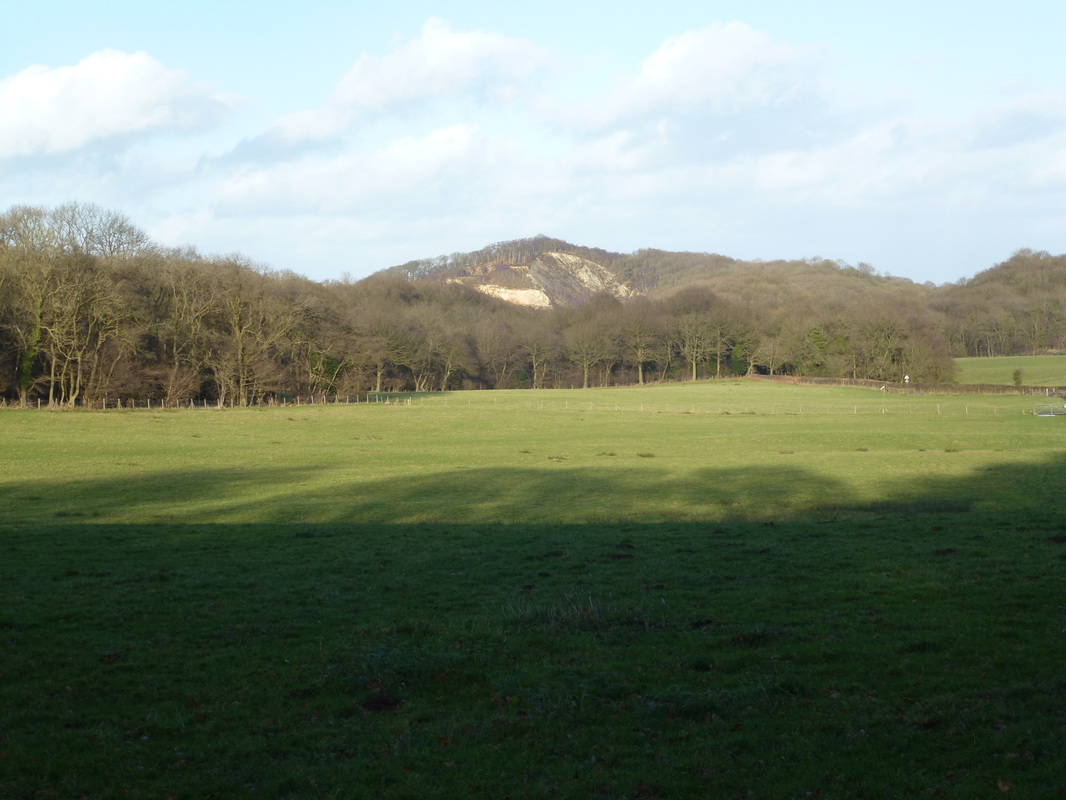