We awoke to glorious weather at Park House. The views across the Vale of Mowbray were as clear as a bell which bode well for the long trip to Blakey Ridge. After a superb breakfast, we set off through Arncliffe Wood on our way to Huthwaite Green and the outskirts of Swainby. We knew this area fairly well having spent two weeks in Swainby in 2011.

After passing through Huthwaite Green we made the short but steep climb on to Live Moor. Once on the moor the path becomes largely paved therefore making it easier to cross should you encounter poor weather. Live Moor shortly becomes Carlton Moor and with it the first view of the North Sea. The weather at this point was holding up and continued to be warm and sunny.​ 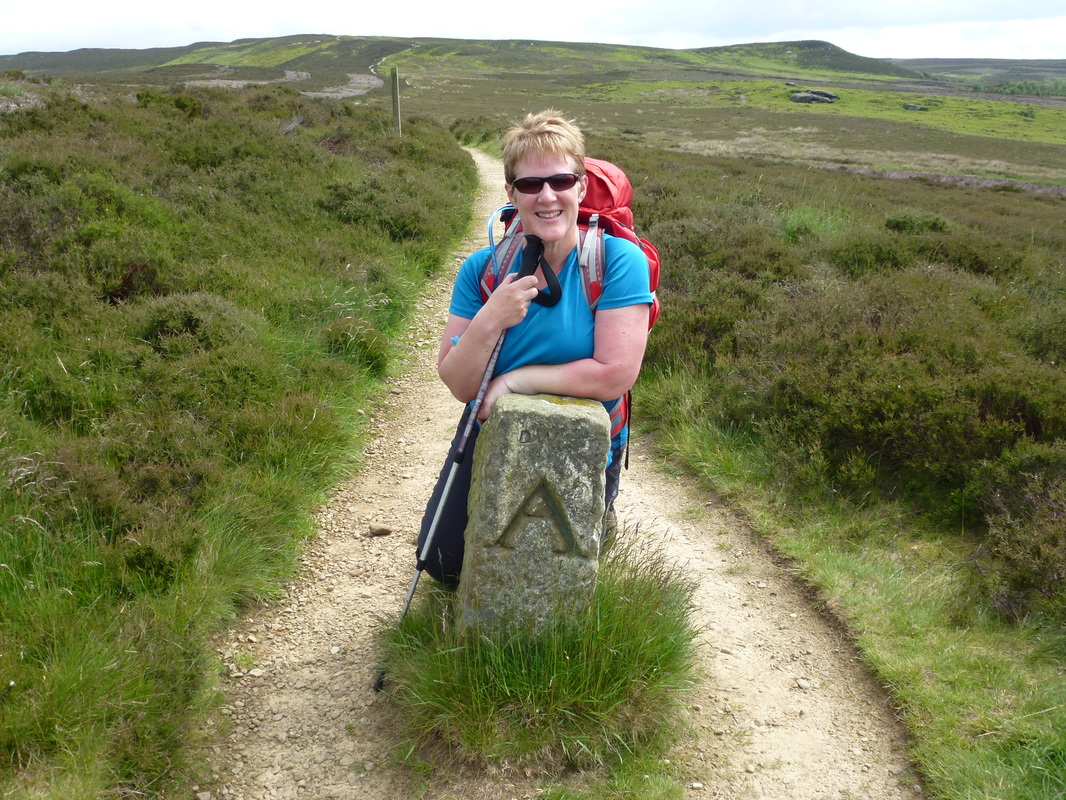 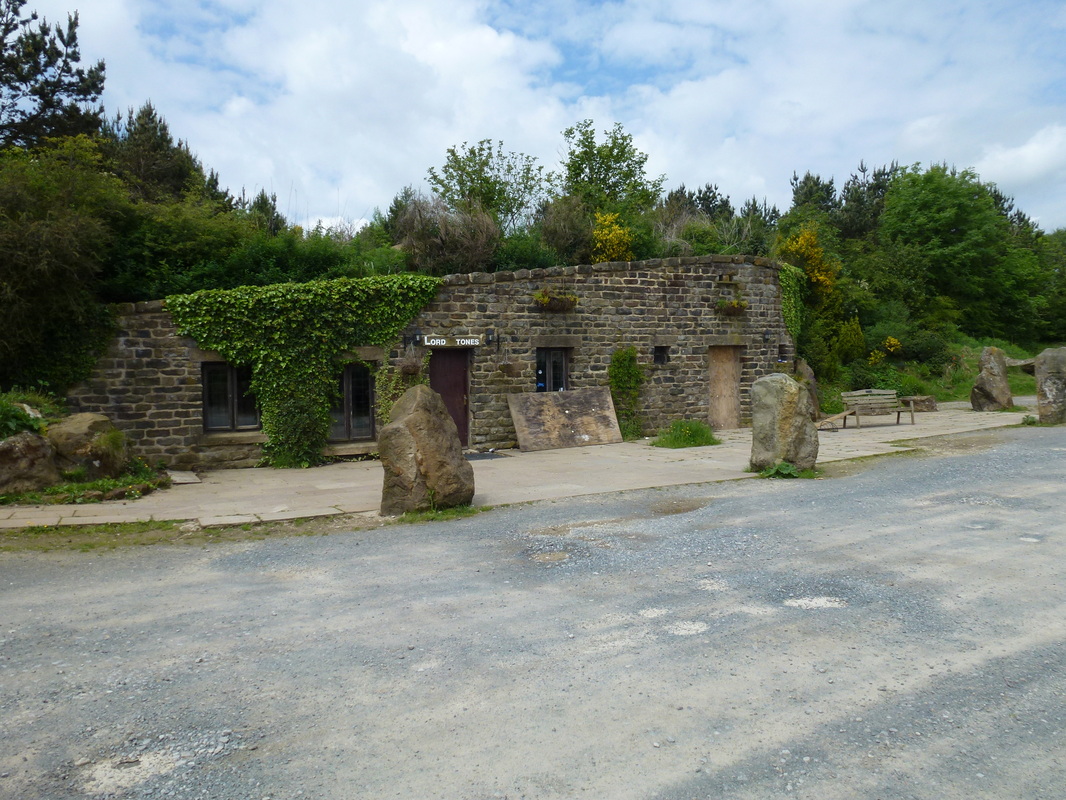 Lord Stones Cafe - very, very shut
We then made our way to Lord Stones Cafe which was unfortunately shut. Undeterred we made the gentle and scenic climb up to the Alec Falconer Memorial. Whilst the views were exceptional, we unfortunately had to share it with a large group of ramblers who insisted on crowding around the top and not giving anyone else a chance to take any photographs or take in the scenery. No matter, we left them to it and made the steep descent down Kirby Bank before ascending again to the Wain Stones. The Stones themselves were busy with a youth climbing group and it was good to see the kids doing something worthwhile in the outdoors – they were clearly enjoying themselves. We also had a very good view of Roseberry Topping.​ 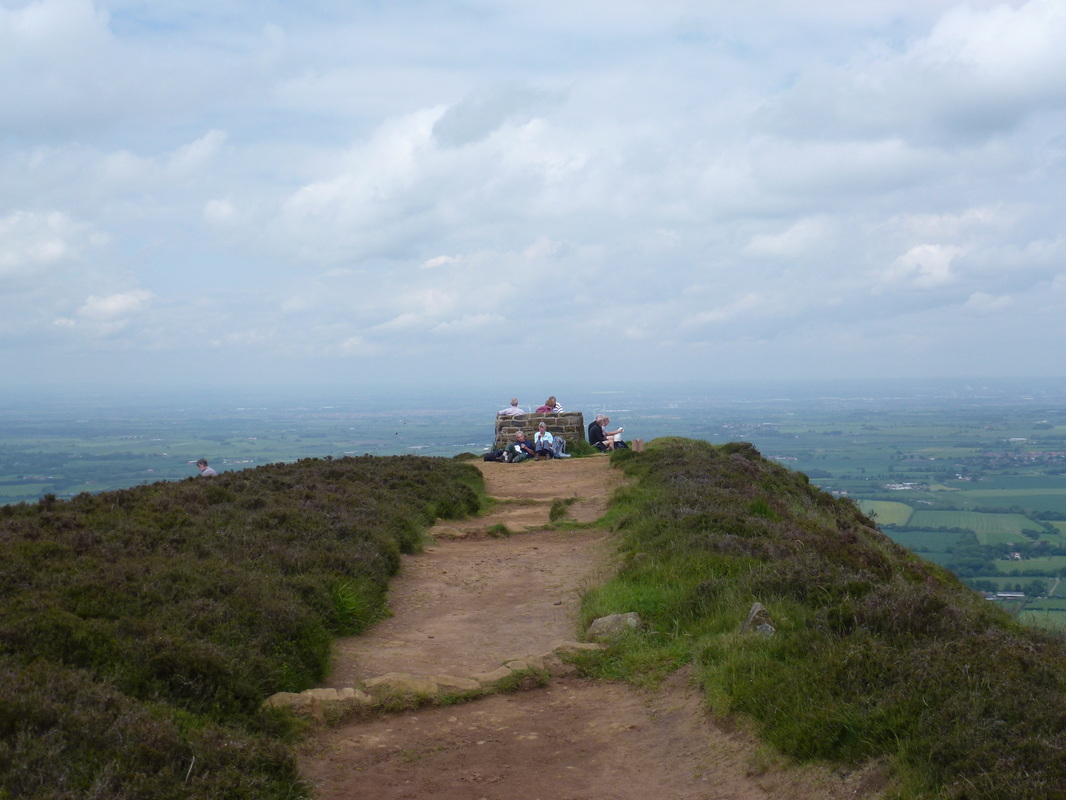 Bugger off!!!  We were here first! 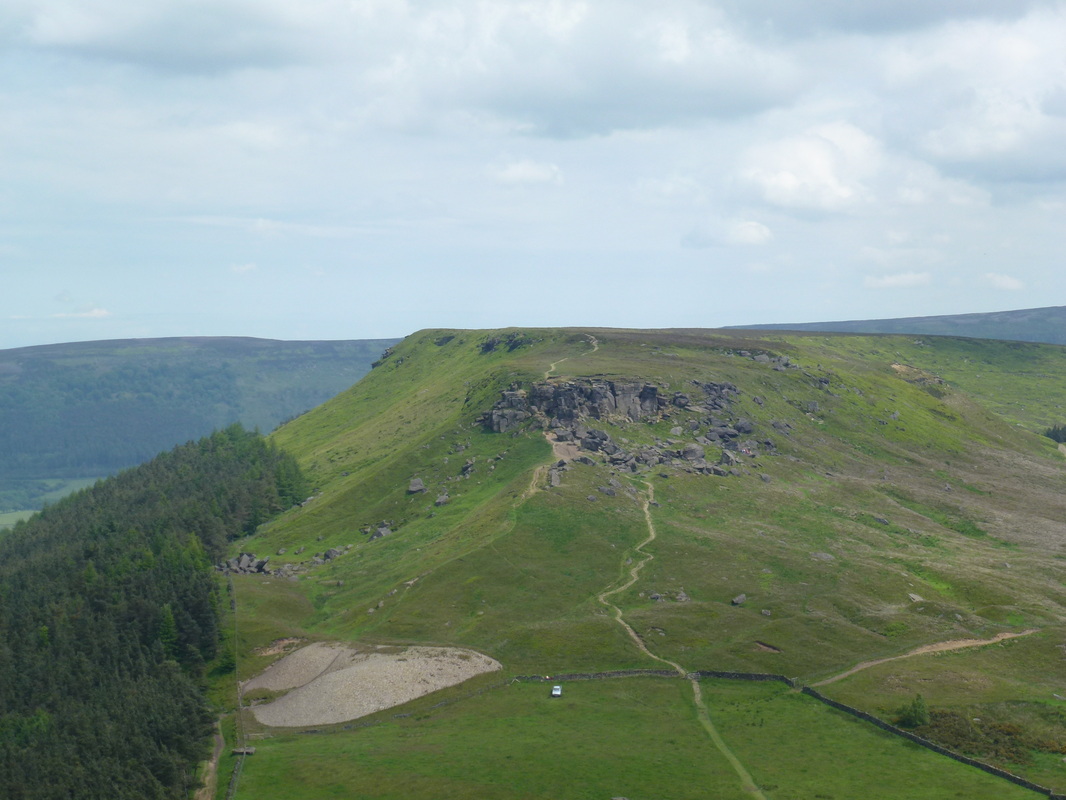 The Wain Stones
It was then nice to enjoy a flat, paved section along Hasty Bank prior to the very steep descent to Clay Bank Top. On the way down we passed a chap who looked as though he was carrying all his worldly possessions with him and the ascent looked extremely testing but he ploughed on regardless. At Clay Bank Top there is a nice seat therefore we enjoyed a late lunch and watched the noisy ramblers group pass us – thankfully they didn’t crowd around and moved on through.

Suitably refreshed, we made another steep ascent on to Carr Ridge and then on to Urra Moor. From here on in we did not see a soul and the feeling of solitude was superb. Whilst only an hour and a half from Clay Bank Top, it seemed to take an age to get to the Bloworth Crossing and it was here that the weather deteriorated and became cloudy with a strong breeze. From the Bloworth Crossing we knew we had at least another 2 hours to go having walked this stretch in 2011 and the old railway line across Farndale Moor just seemed to go on and on and our feet were beginning to feel the miles. We were just wishing to see the view of the Lion Inn from High Blakey Moor as soon as possible as we were beginning to feel pretty tired and sore at this point.​ 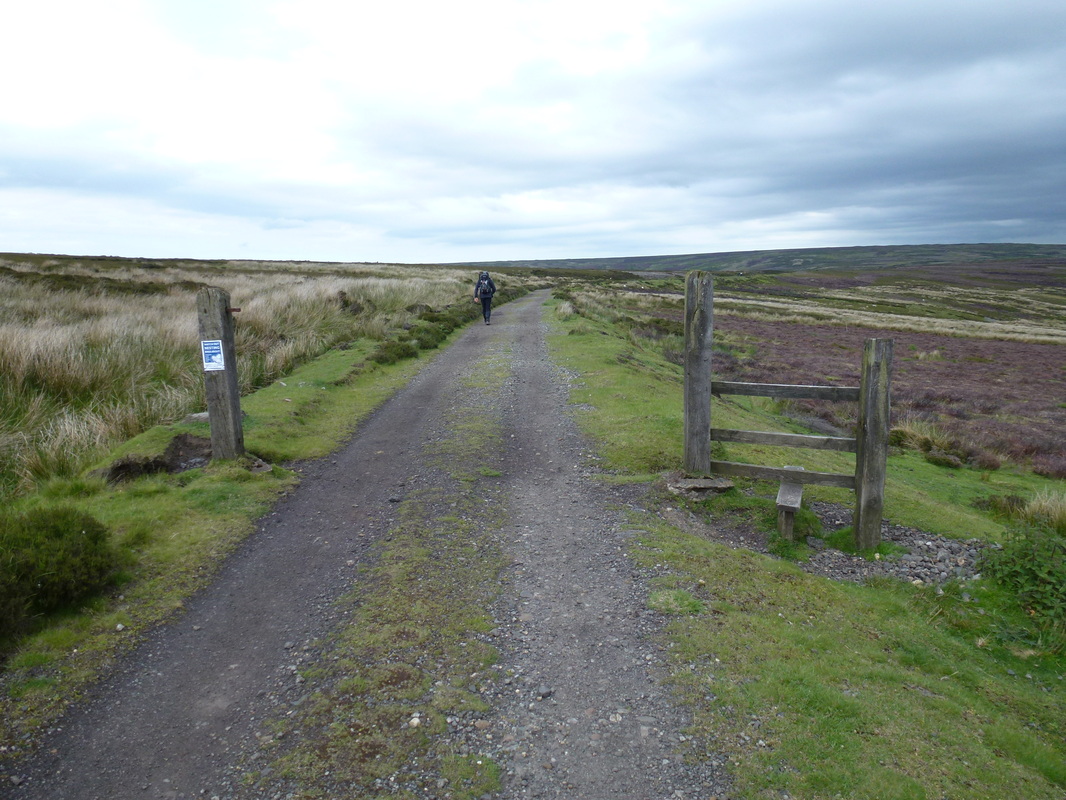 Bloworth Crossing
It was no secret that the last mile was hard work. Although used to fairly long distances in our day to day walking, we were novices at doing 20 miles in a day, particularly having done 142 miles already. Arriving at the Lion Inn, we sat in the bar, ordered some food and drink and took our boots off. A pleasant Dutch couple sat next to us and we were suddenly aware that to them we may pong a bit. However, they either had heavy colds or enjoyed our conversation so much that the smell was immaterial. Whilst the beer in the pub was good the same could not be said about our meal – we simply made the wrong choice unfortunately. We were staying over in Rosedale near the Abbey therefore we called the owner of August Guest House, Michael and he came and picked us up. After a long shower and some feet massaging we had an early night – funny old thing we both slept very well!!​ 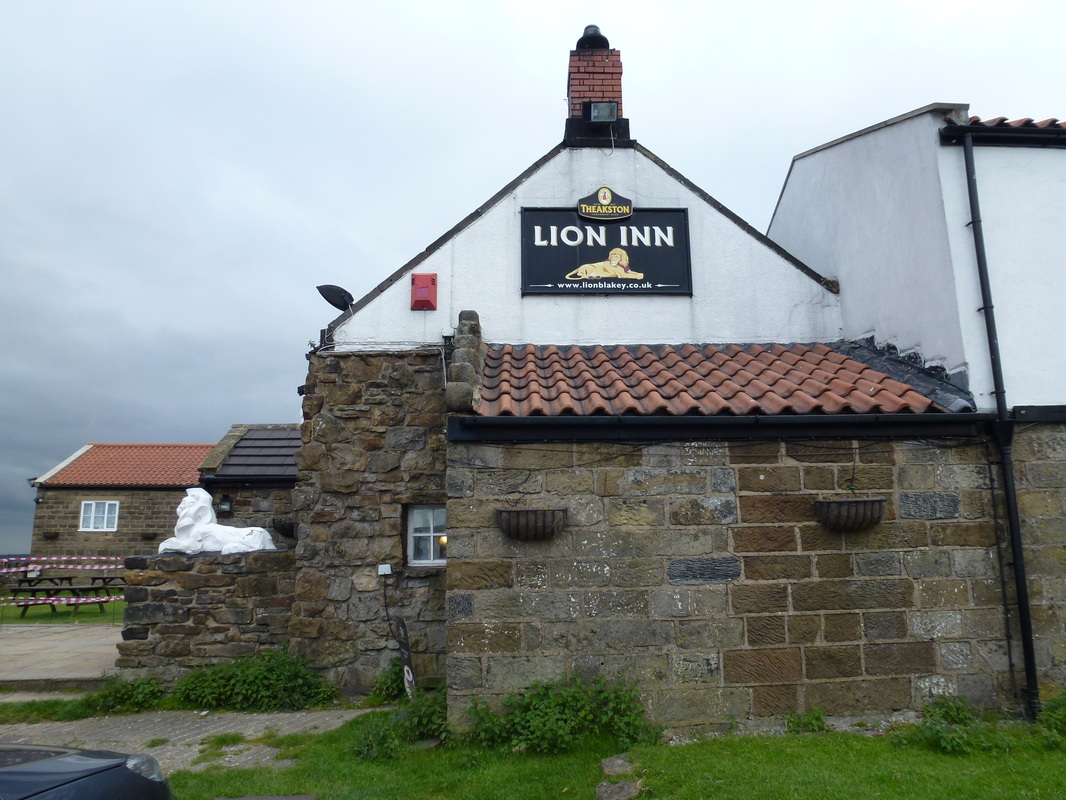 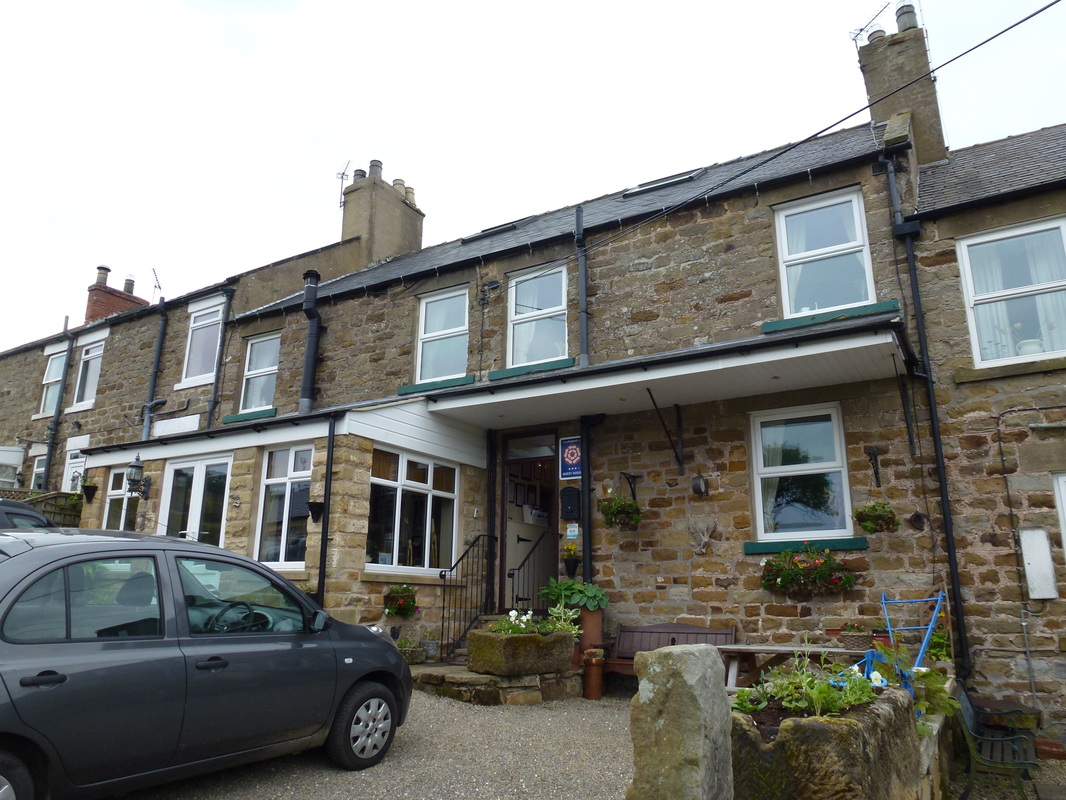 Whilst this B&B is 6 miles off route (by road), Michael provides a very punctual and interesting transfer service collecting us promptly and delivering us back to the Lion Inn the next day. He is clearly very knowledgeable and proud of both his locality and business. A very nice B&B, Michael and Mary are a lovely couple who made us feel very welcome in their home.​
Day 13 Data