Good tracks, open moorland which was sometimes pathless & boggy in places.  The descent down Binks Brow is steep.

OL2 - Yorkshire Dales (Southern & Western areas)
​If the above GPX file fails to download or presents itself as an XML file once downloaded then please feel free to contact me and I will send you the GPX file via e-mail. 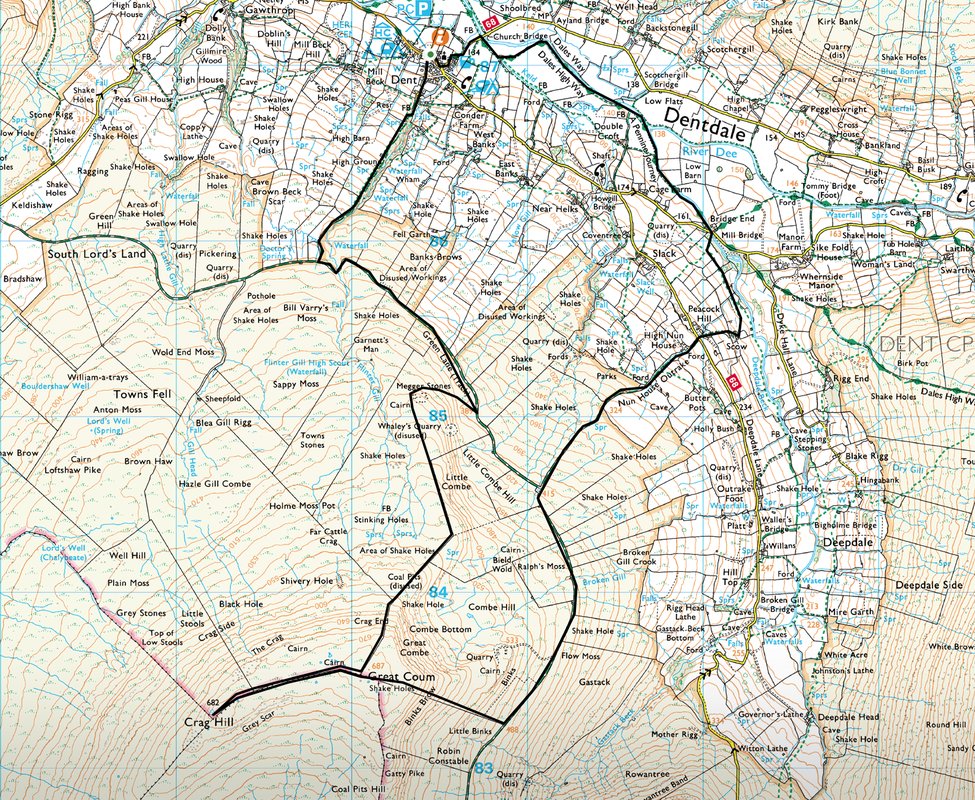 ​The area of Dentdale is in the North West of the Yorkshire Dales National Park but is actually in Cumbria. The dale is the valley of the River Dee but takes its name from the village of Dent, where todays walk started from. Dent is a stunning village and was the birthplace of one of the founders of modern Geology, Adam Sedgwick.  Visiting the village is like going back in time what with its cobbled streets and old buildings. Todays walk would take in Great Coum and Crag Hill, two lesser-known hills but worth venturing out to all the same.

Leaving the village we headed south east on a good path and immediately started climbing, gently at first then a little steeper to reach the toposcope at Flinter Gill. A short time after the toposcope a junction was reached and we then headed left towards High Moss along a good track called Green Lane. Leaving Green Lane, the route headed through a gate and we then doubled back on ourselves to climb quite steeply to the Megger Stones, a rash of gritstone Cairns & outcrops spread across the slopes of the hillside.

On leaving the Stones, the path became irregular and it was a simple question of hand railing the wall that led us all the way to the summit of Great Coum. The summit is pretty nondescript but gives good views over to Whernside & Ingleborough. The weather up to now, whilst dark and overcast was holding and with the visibility fair we decided to make the short hop over to the Trig Point on Crag Hill. A tad boggy on the transit but this was a pleasant out and back although we stayed on the less boggy right hand side of the wall when making our way back to Great Coum.

From Great Coum we had two options - either descend pathless directly east to come down via the quarry or follow the wall down Binks Brow. We decided to follow the wall down and although this descent was extremely steep it was on a stepped path for most of the way down until it levelled out near Green Lane. There now began a pleasant amble for about a mile along the lane before turning right to drop gently down Nun House Outrake before reaching Bridge End and joining the Dales Way, Dales High Way & Pennine Journey path all the way back to Church Bridge and the start of the walk. 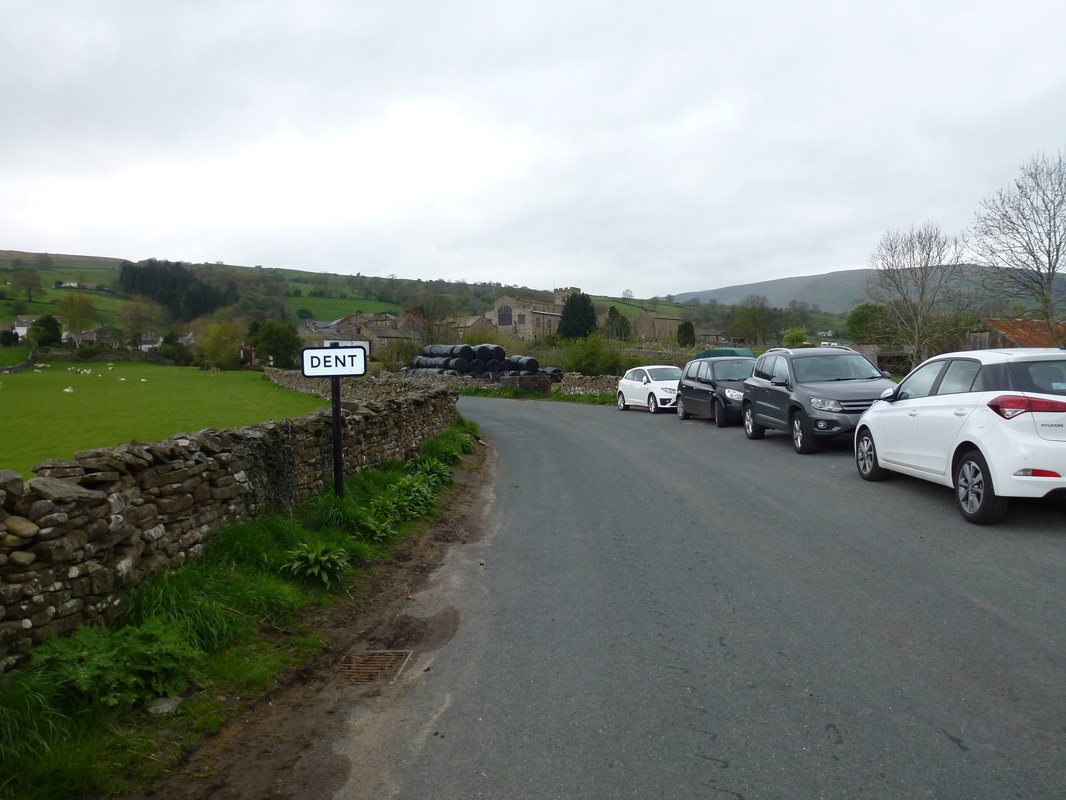 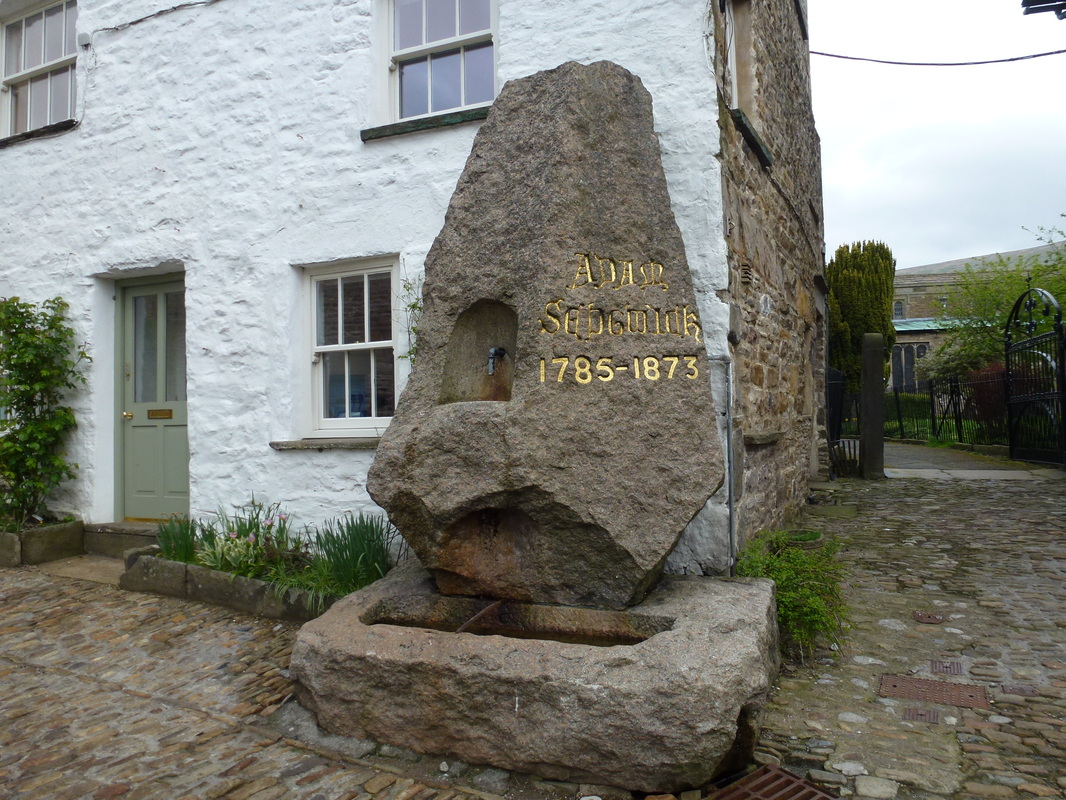 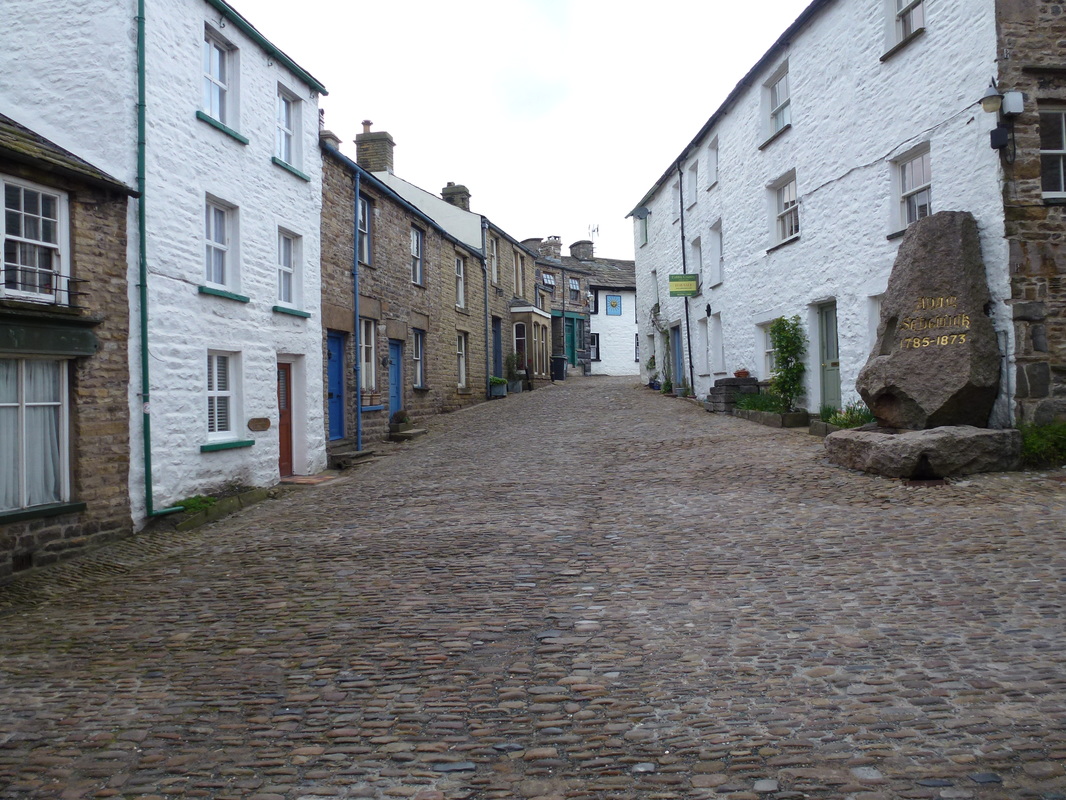 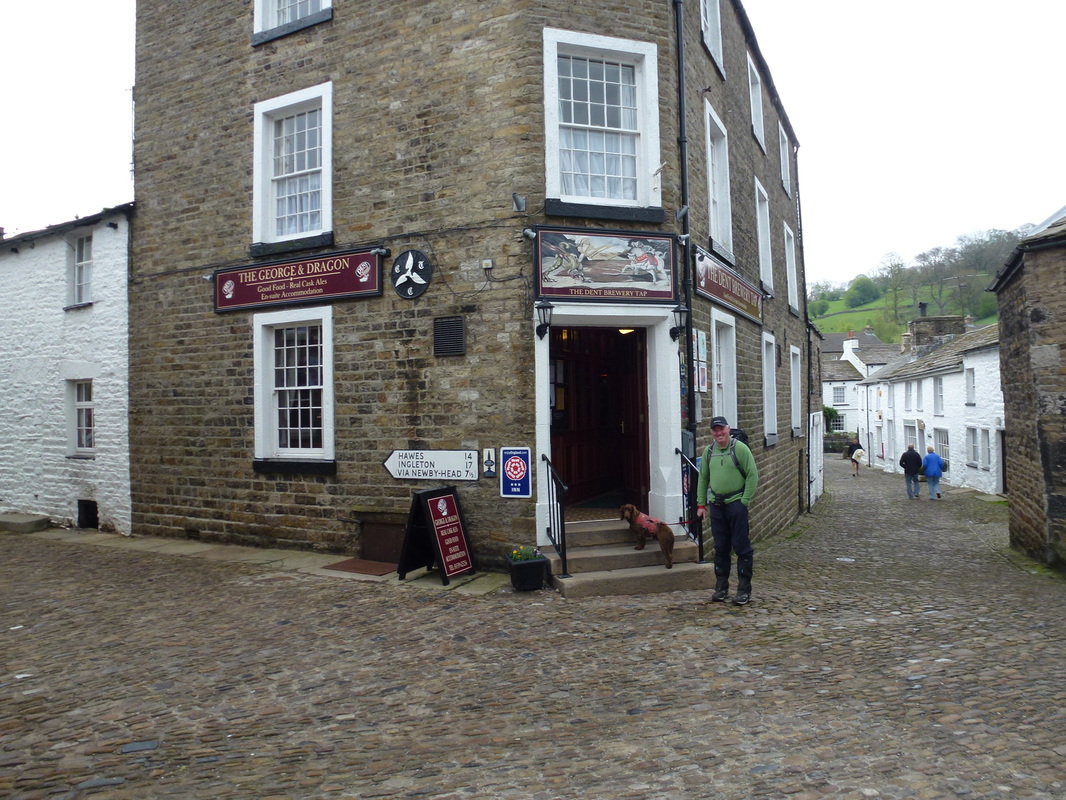 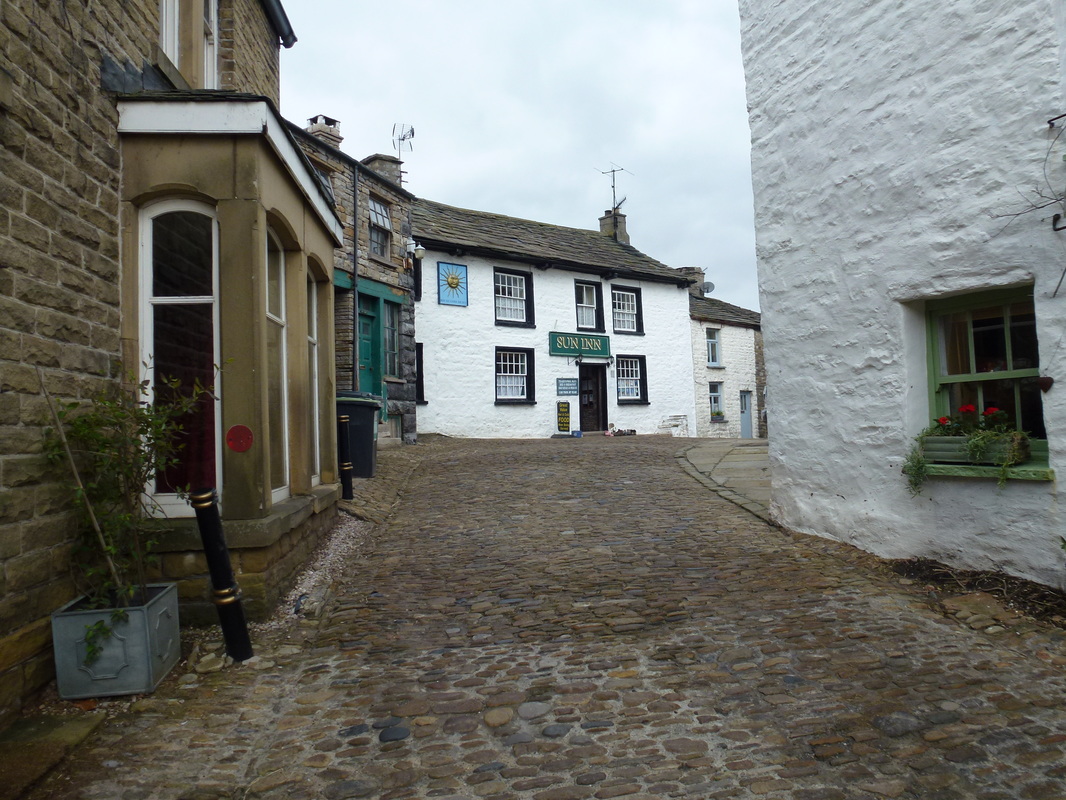 The Sun Inn at Dent - a proper pub with good grub 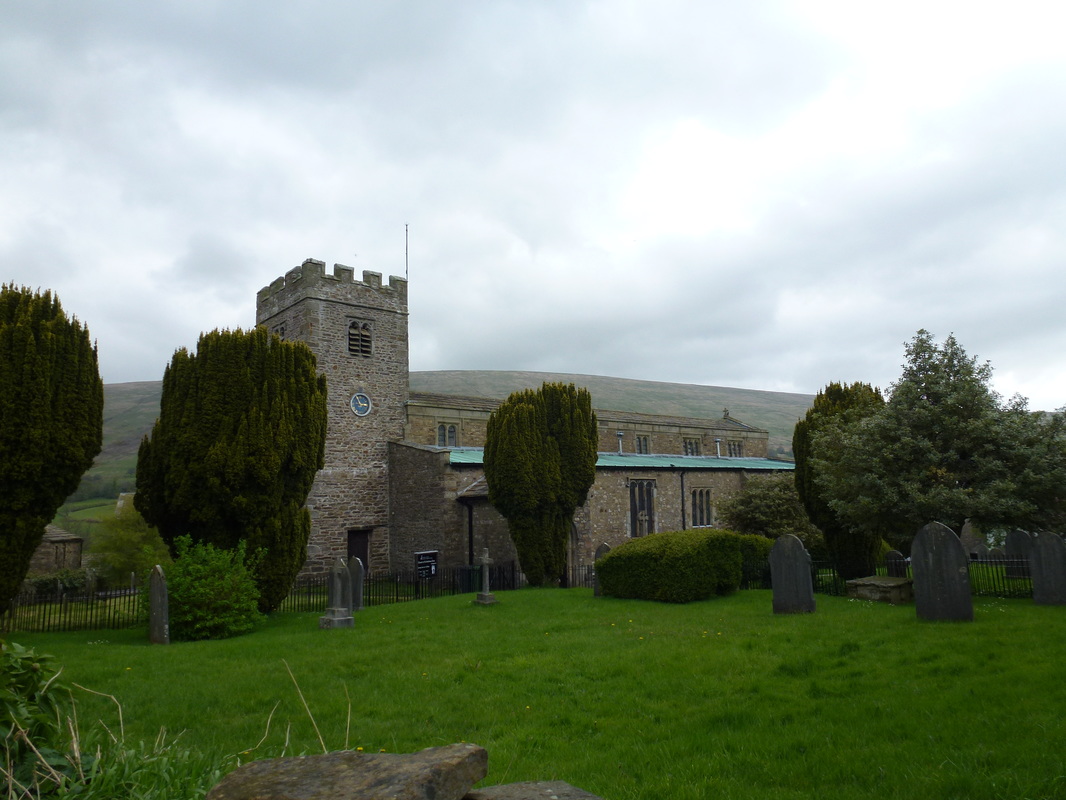 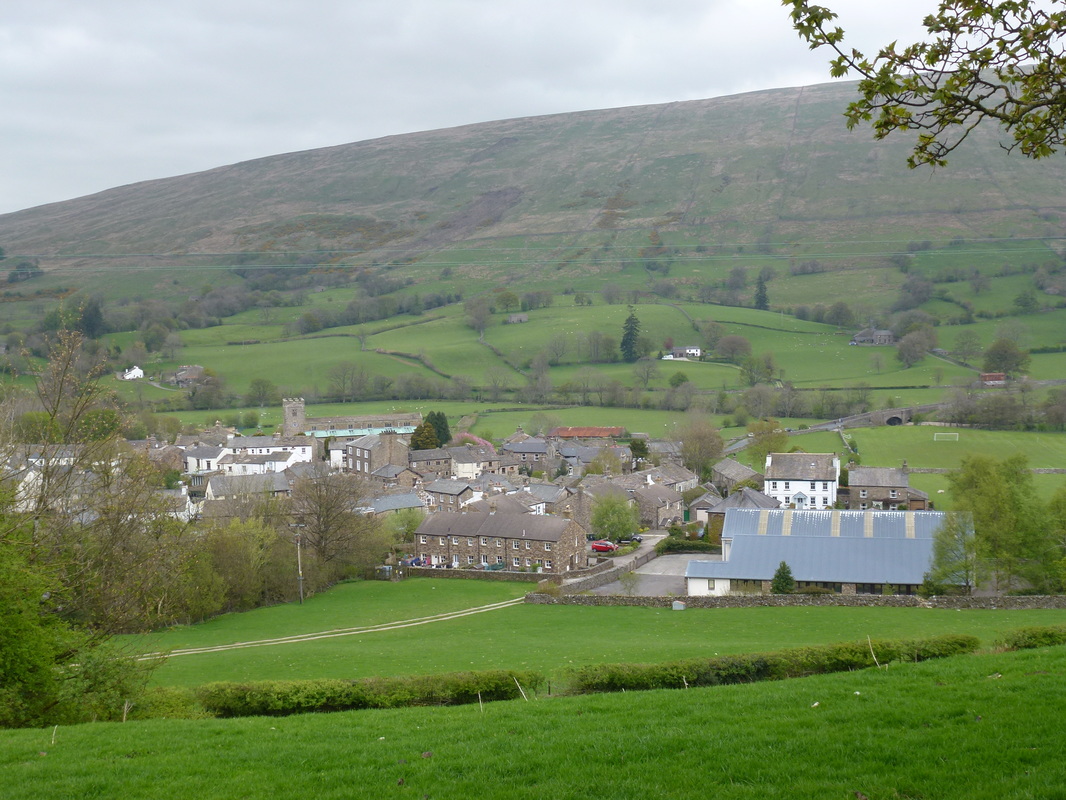 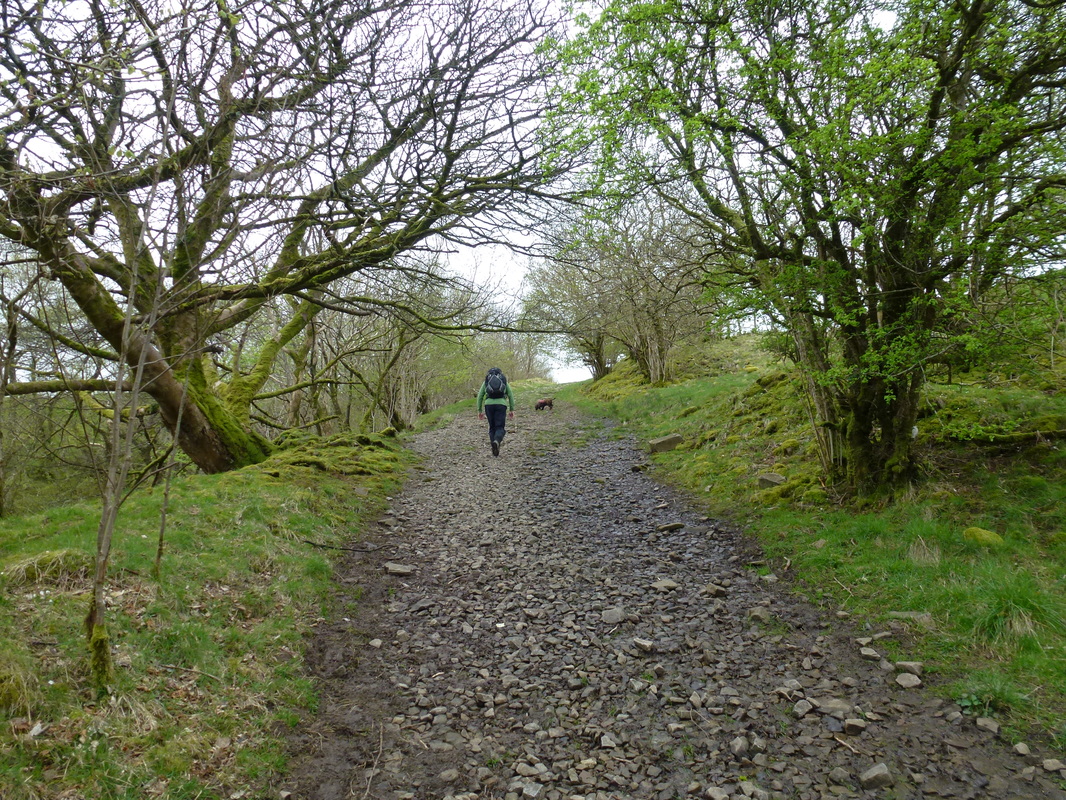 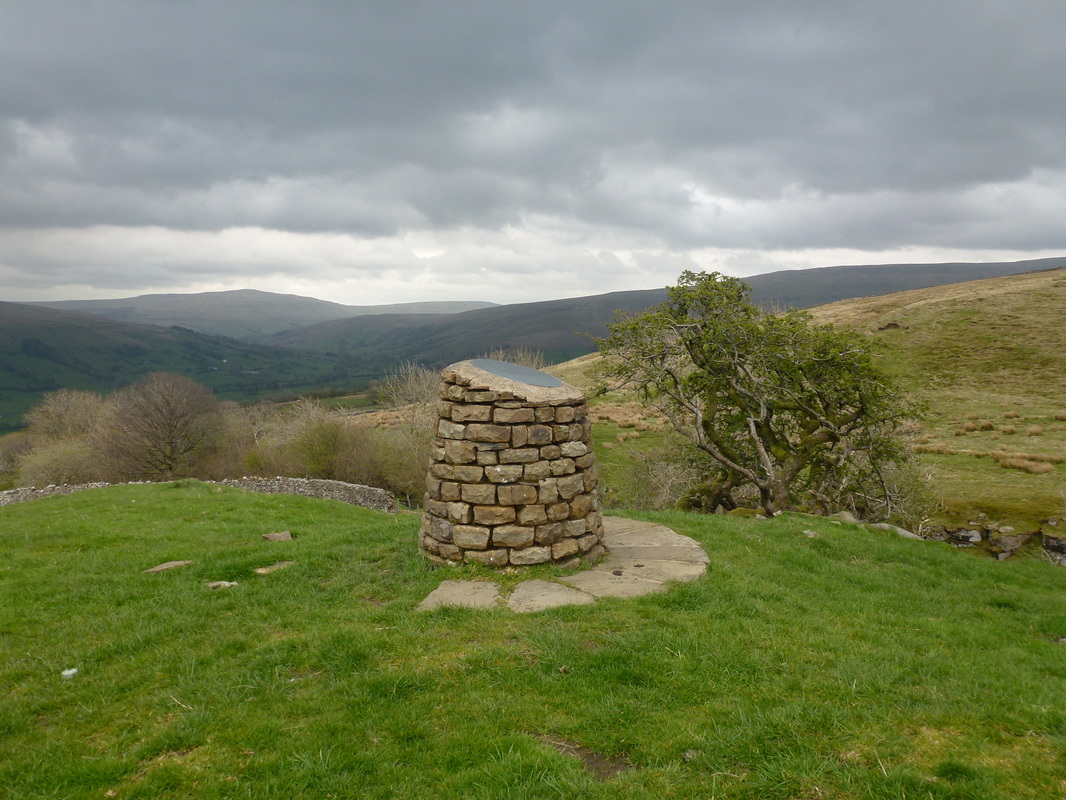 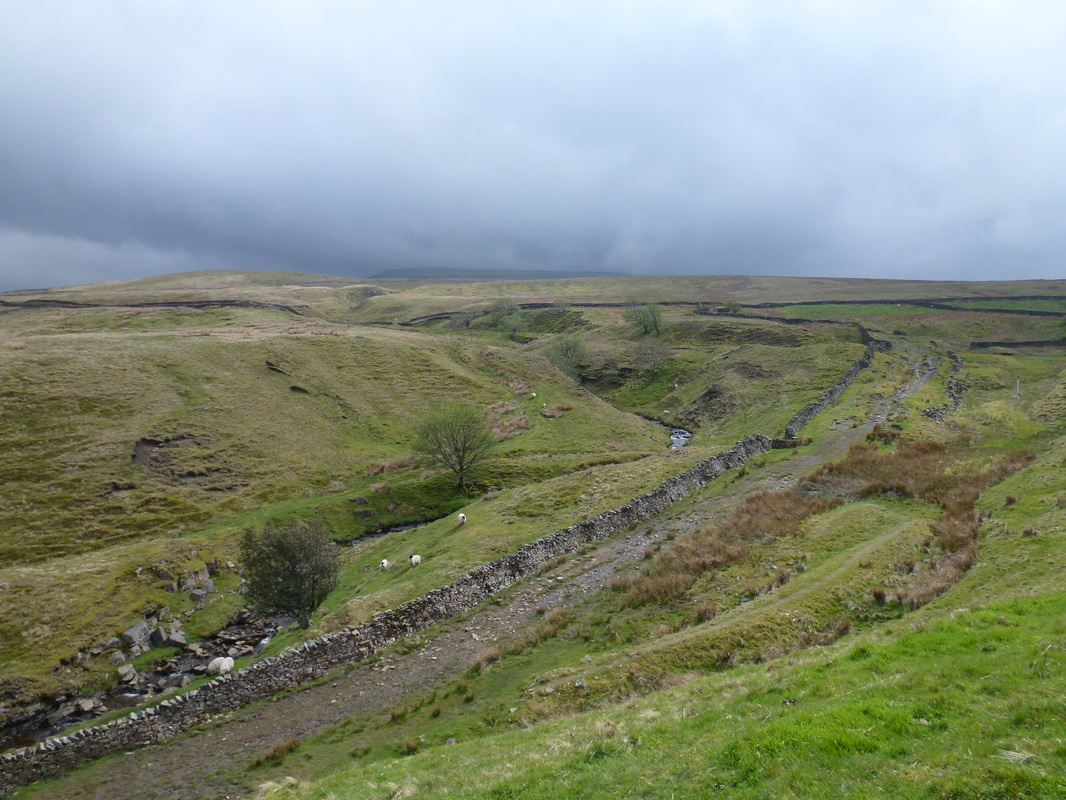 Looking down on Green Lane from the Toposcope 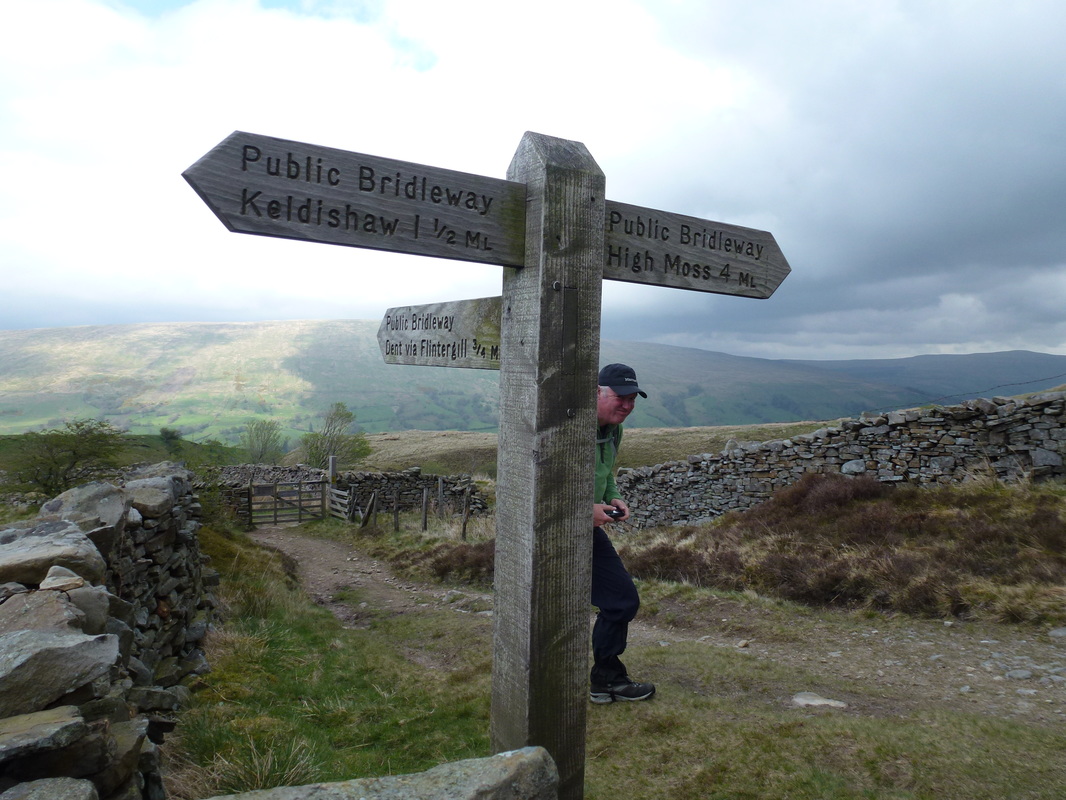 We turned left towards High Moss 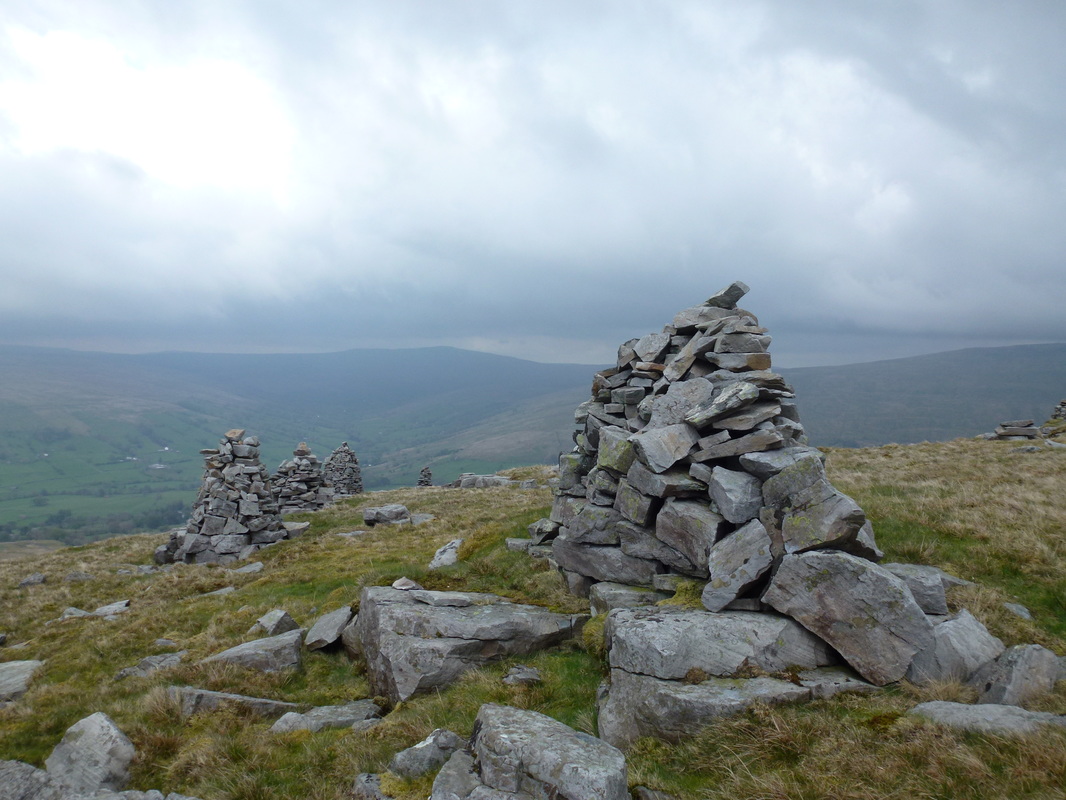 The Megger Stones - a rash of gritstone outcrops 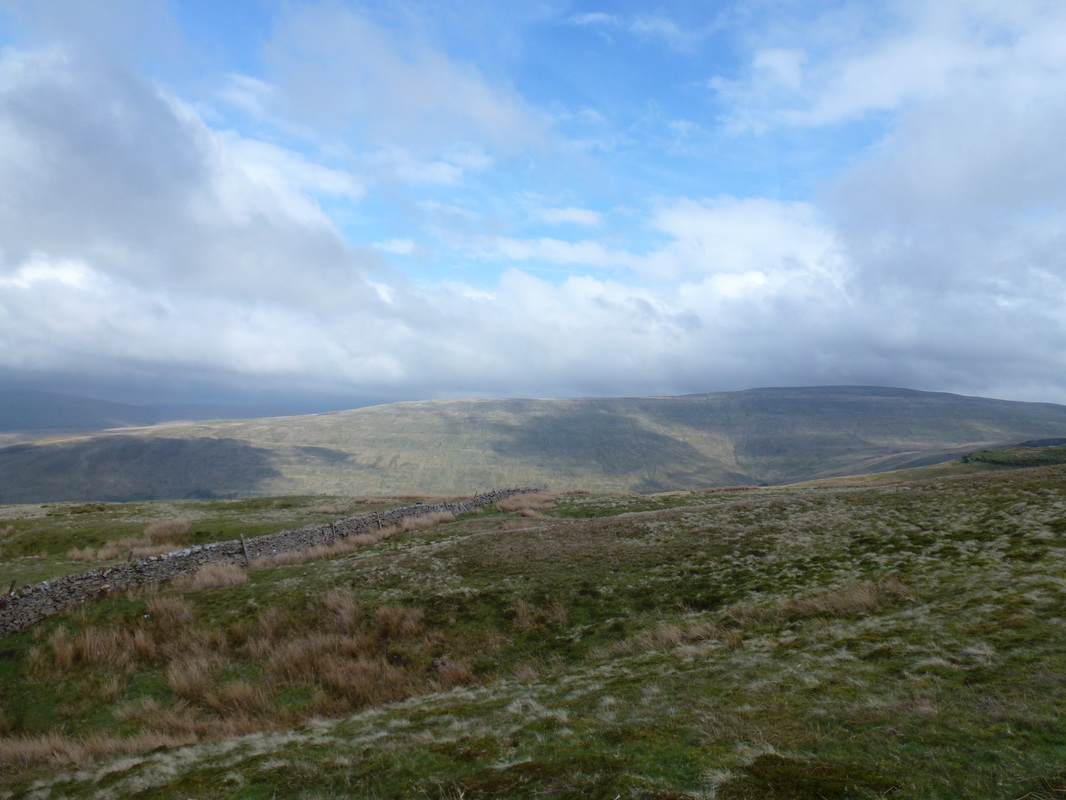 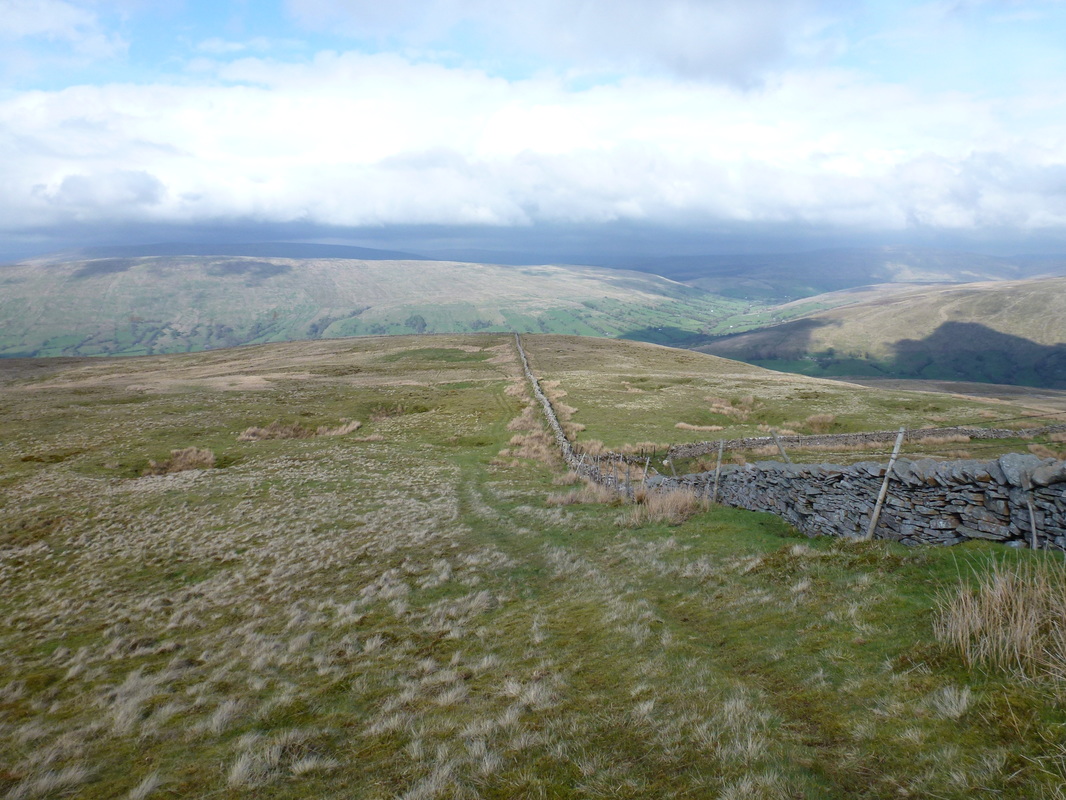 The steep ascent to Great Coum 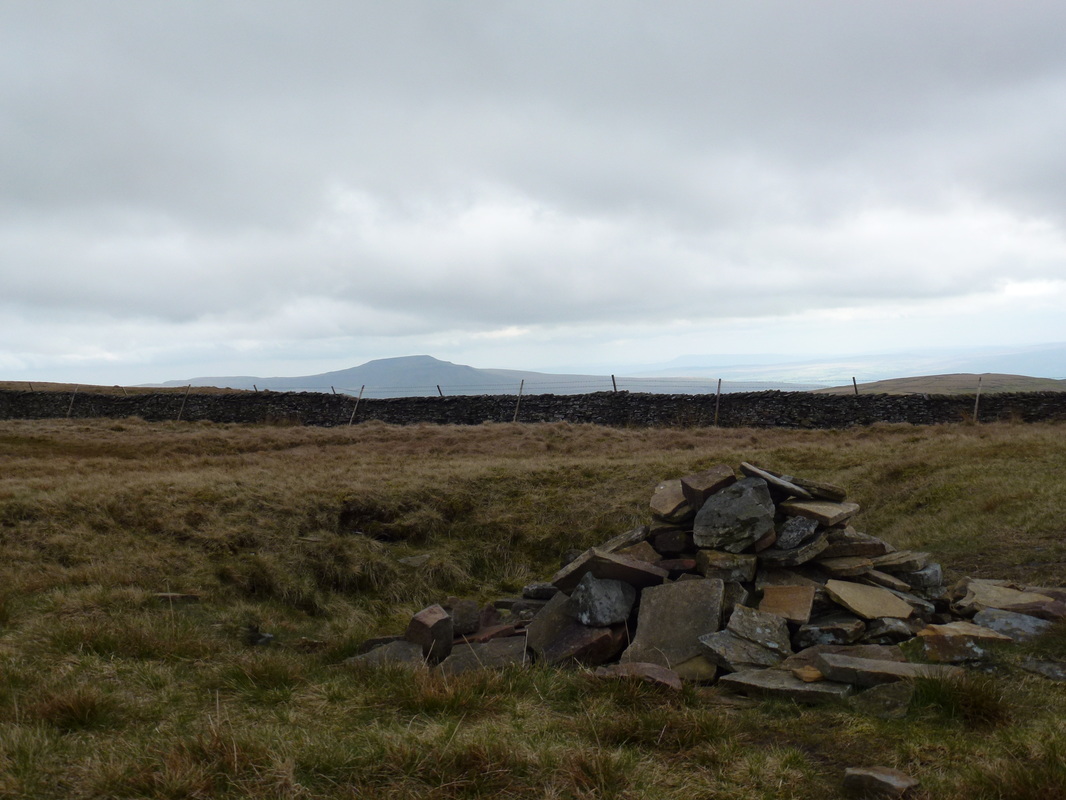 The summit of Great Coum looking to Ingleborough 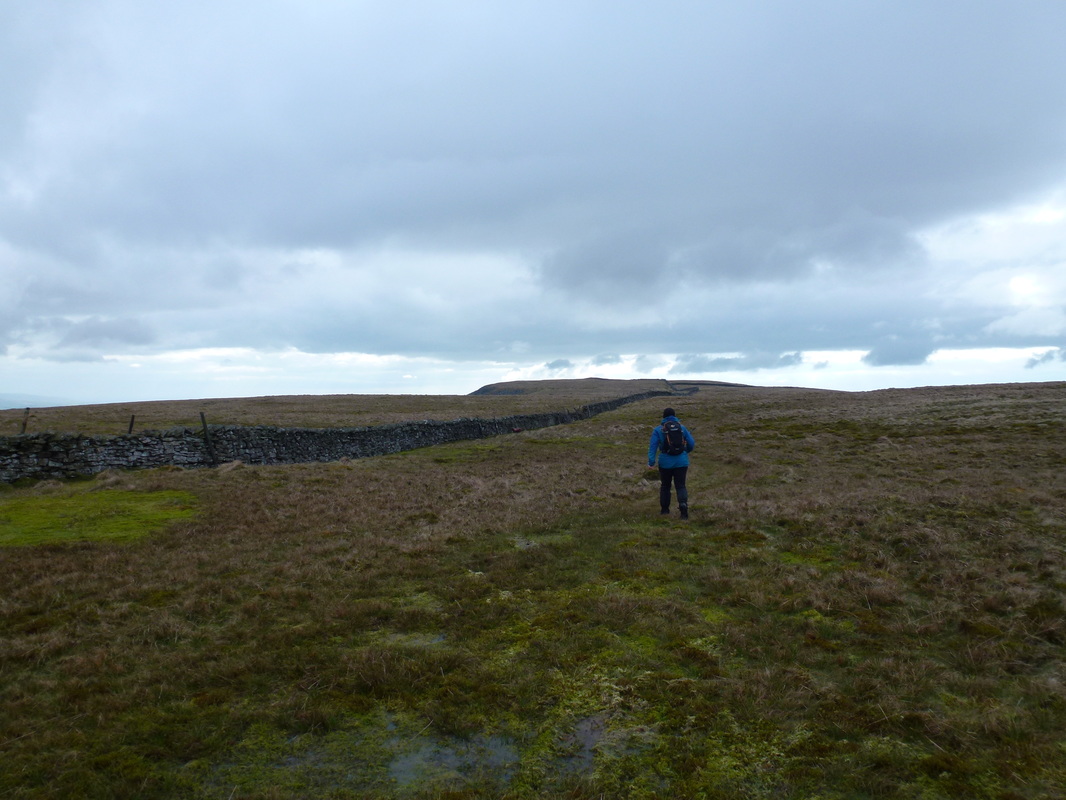 Heading over to Crag Hill from Great Coum 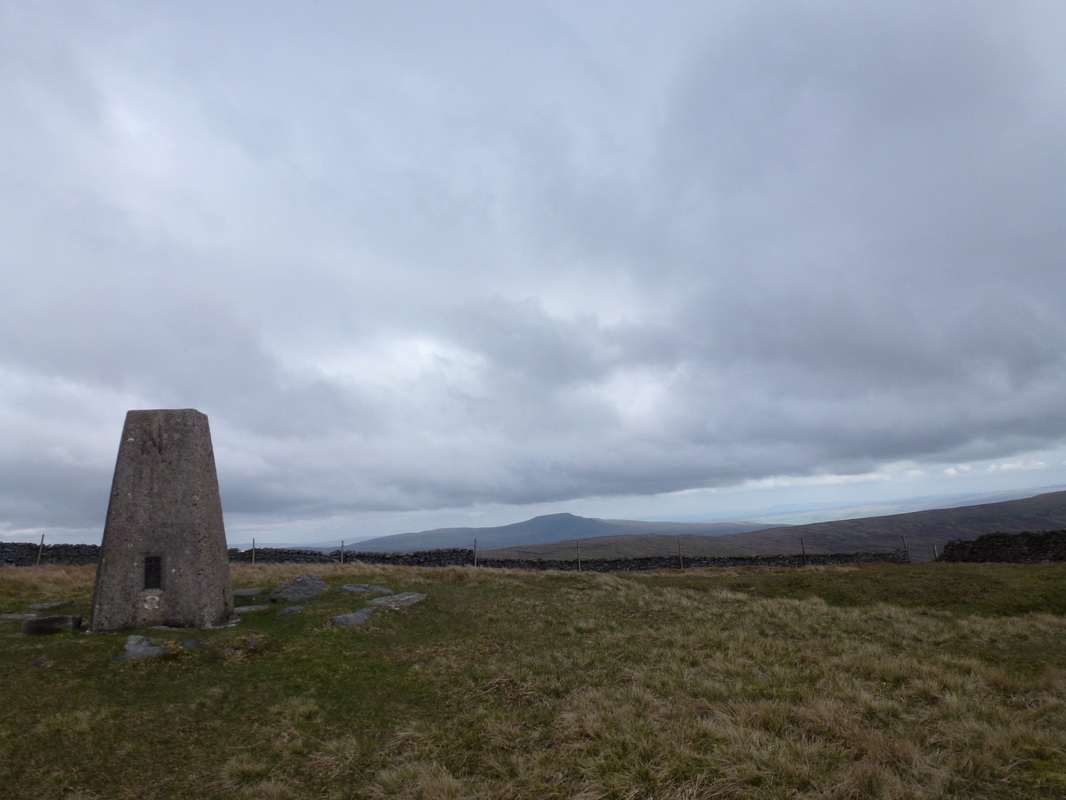 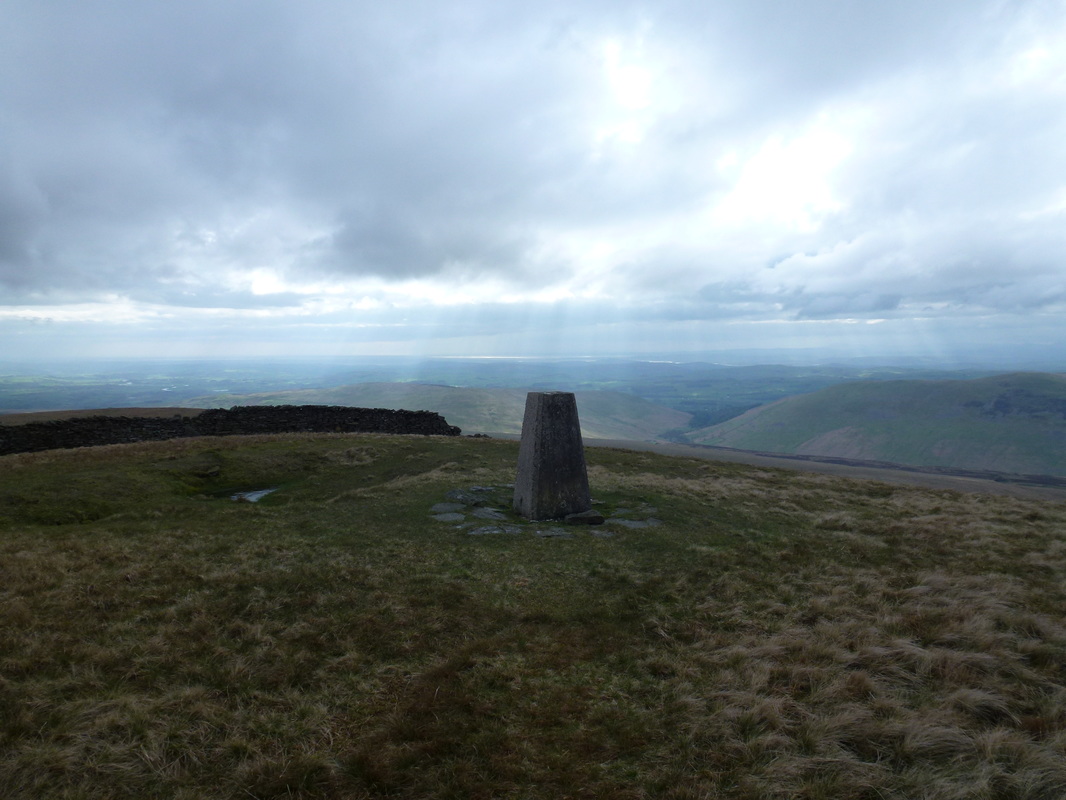 The summit of Crag Hill 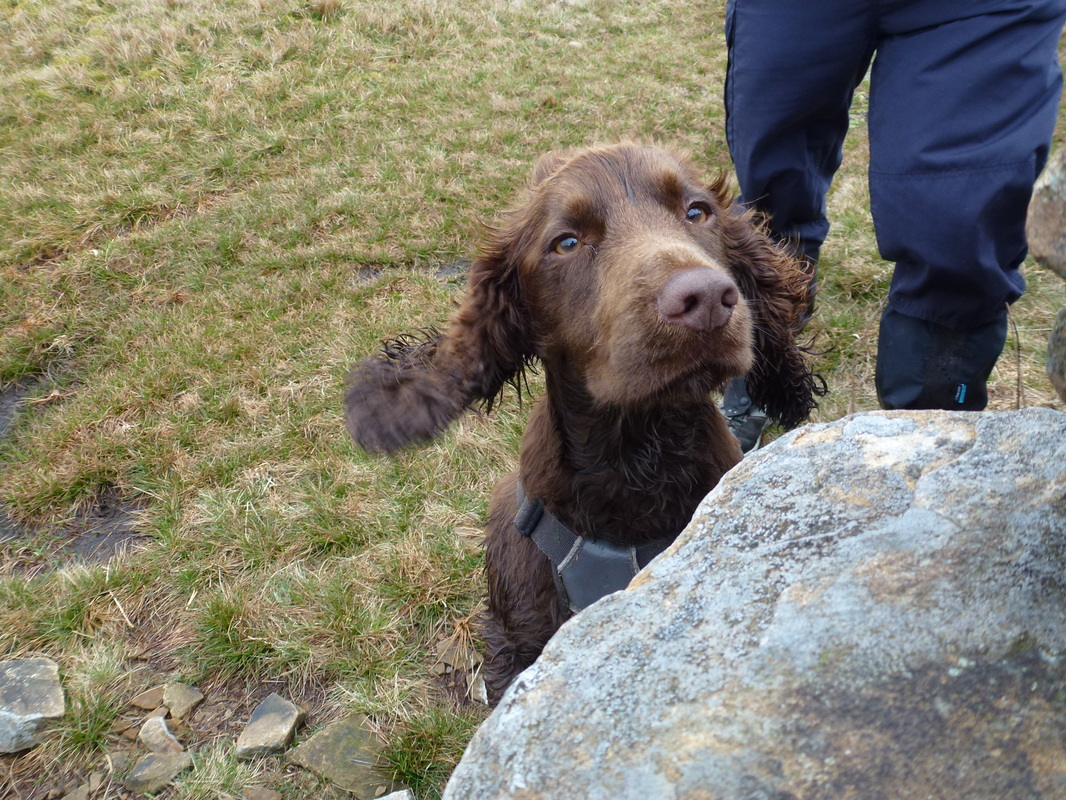 He had a great day out today - lots of wet stuff 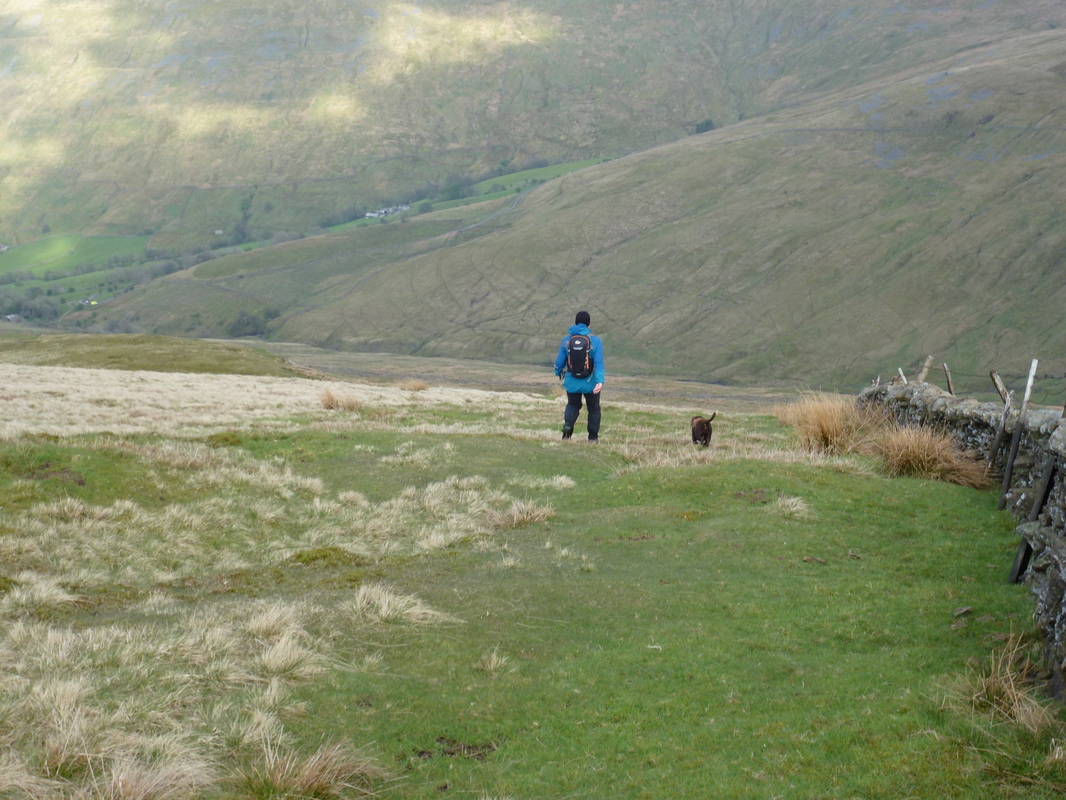 Descending alongside the wall on Binks Brow 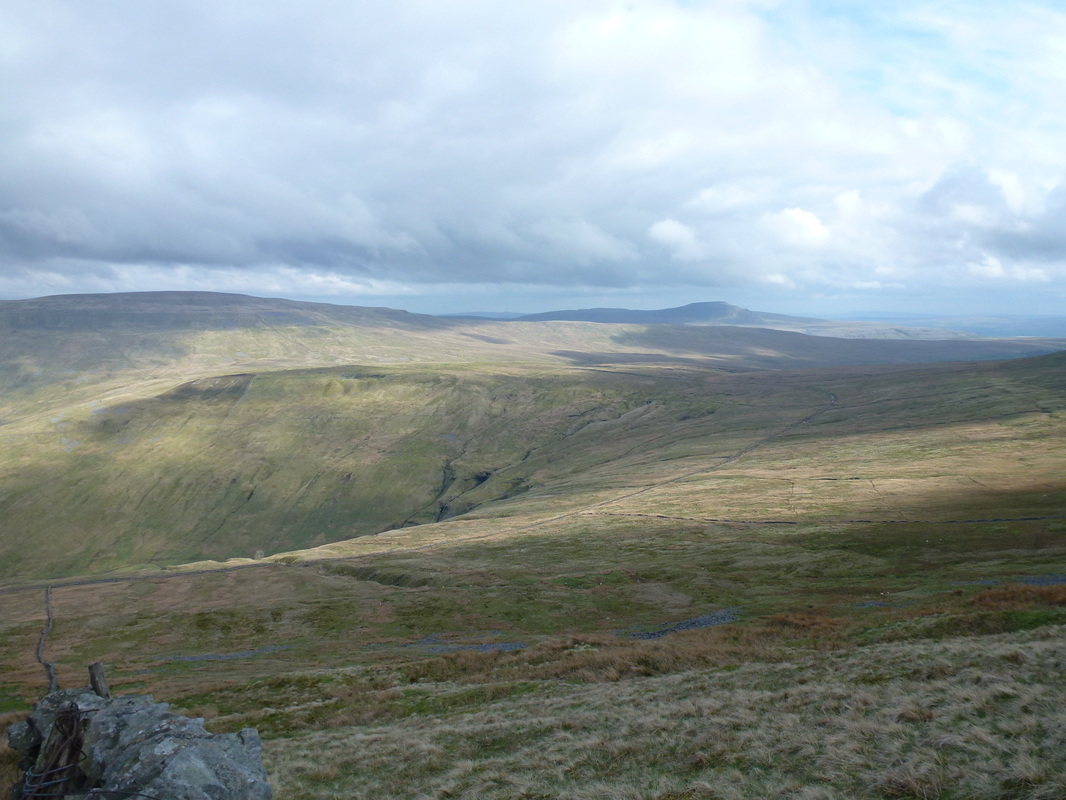 Whernside & Ingleborough from the descent of Great Coum 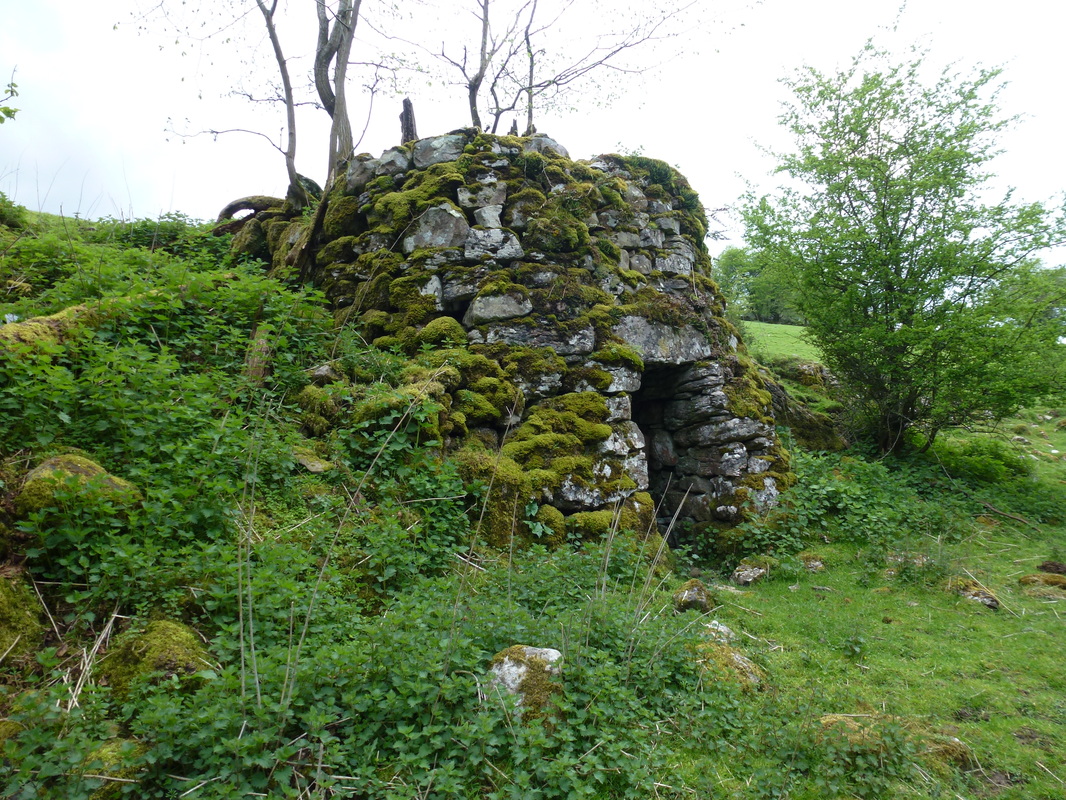 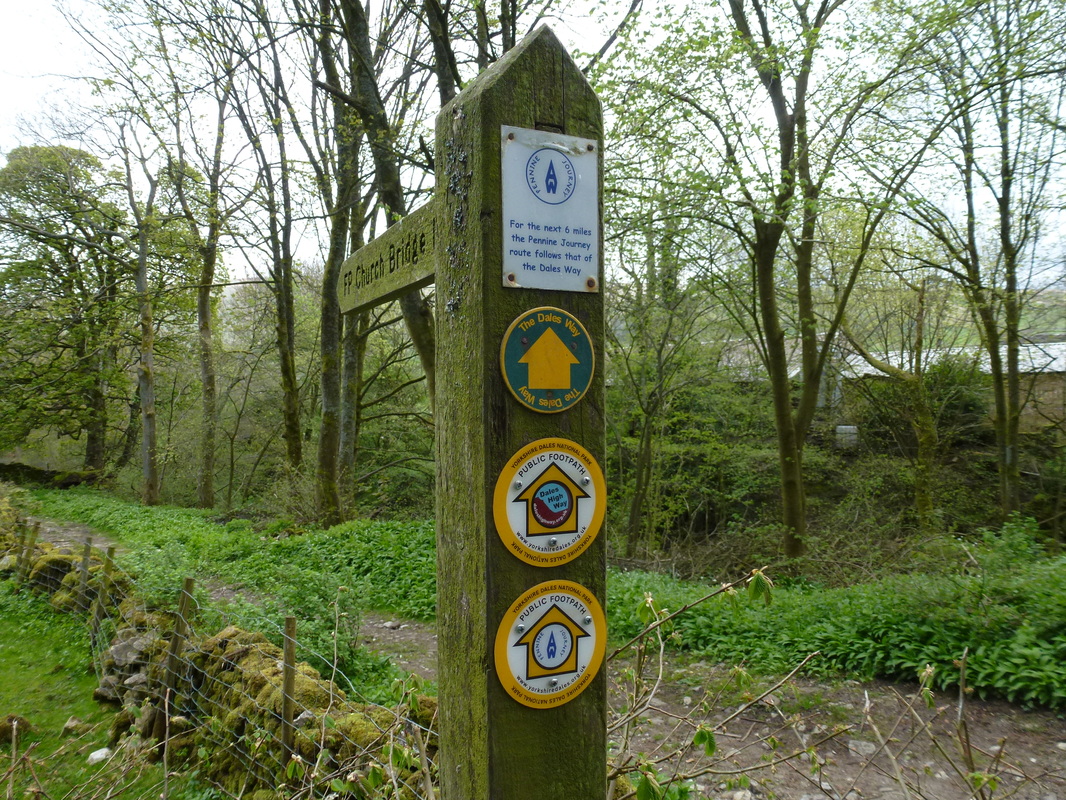 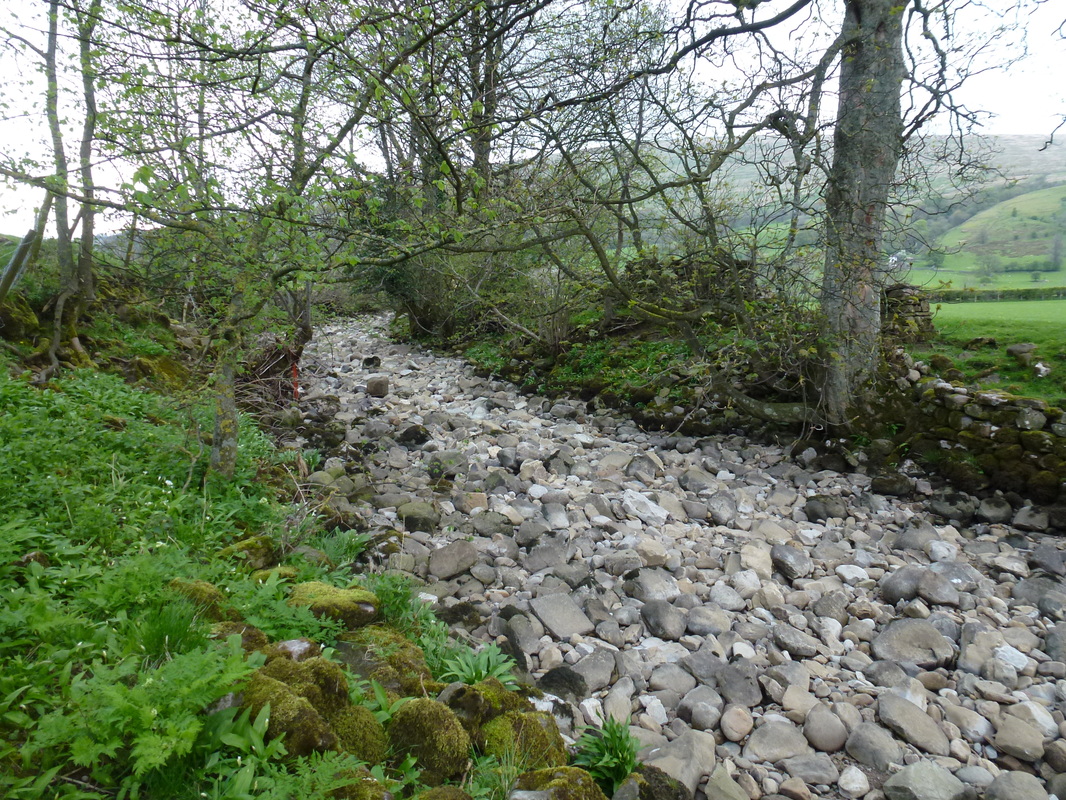 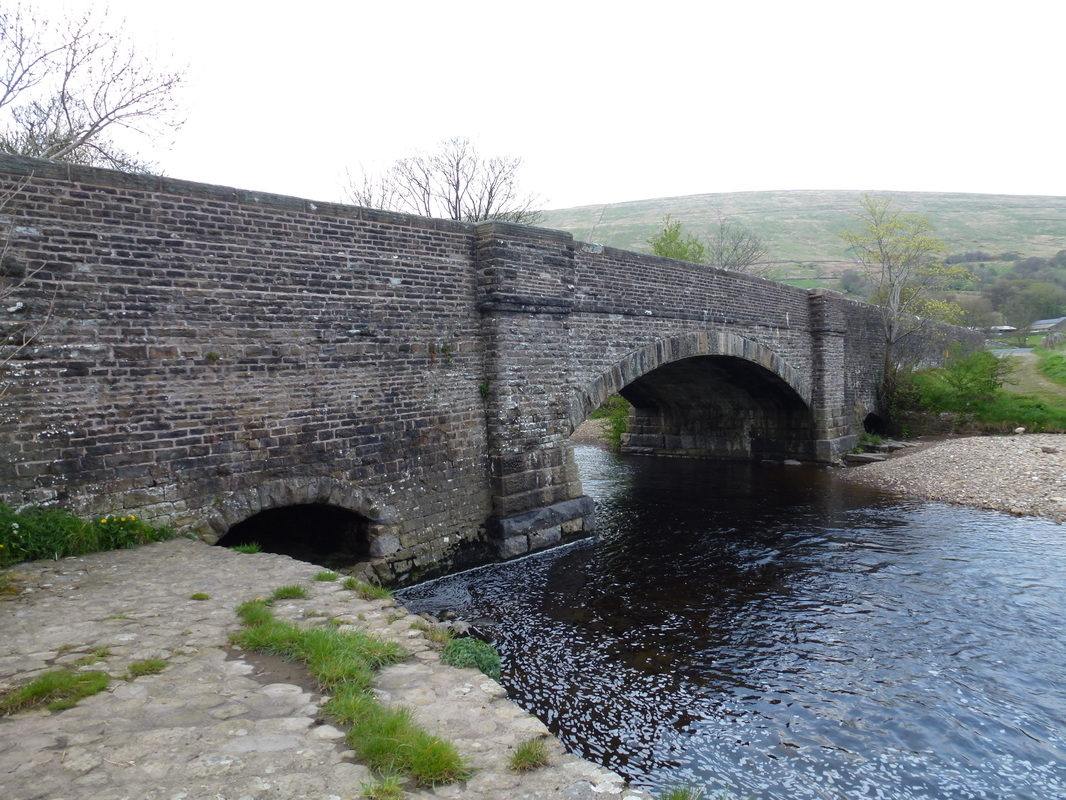