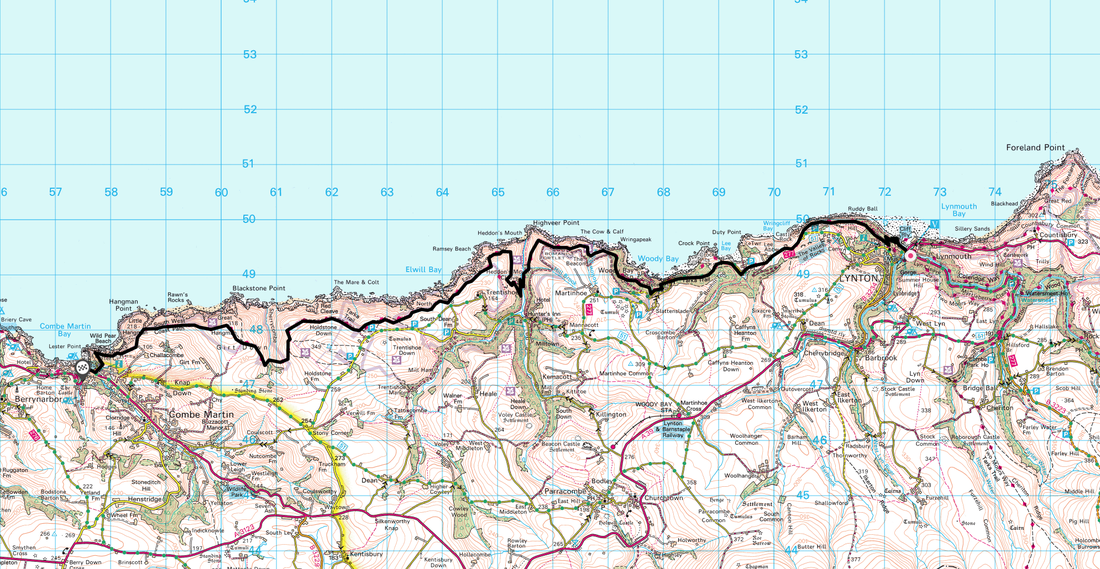 Awoke to a rather ropey looking weather forecast which promised a dull day with the possibility of a bit of a downpour later. Undeterred we headed downstairs for a nice large brekky at Orchard House. Serving us was Kevin who was an eccentric and very loud Welsh bloke - blimey could he talk!! In addition to breakfast with Roy & Bernie, we also met 4 lads walking Minehead to Braunton - second to last outing before completing the entire path.

From Lynmouth the walk to Lynton up North Hill is a really good wake up call for the legs - although you can cheat and catch the railway which can be seen as you make the ascent. At the top of the hill we were both blowing for tugs therefore Angie popped into Lynton for supplies. The section through the Valley of Rocks is just superb cliff walking and a little while later this was followed by a steep descent and ascent in and out of Heddon's Mouth. Before leaving Heddon's Mouth we stopped to sort Angie's foot out as she had developed some rubbing on her heel where the protective micro porous tape had moved.

Tape replaced, we moved on and shortly after met a chap called Bill and his Cocker Spaniel Dylan who were coincidentally from Poole. Above Elwill Bay we were attacked by a swarm of black fly beasties who gave us a good chasing for 5 minutes before buggering off to annoy someone else. Inevitably the rain came just after Trentishoe Down and then left us alone before giving us a really good drenching as we entered Combe Martin. Our B&B at Channel Vista was a short walk from the harbour and on arrival we were given a lovely welcome by one of the owners Colin who served us tea & cake in the Conservatory. After settling in we walked back into the village for a top up of supplies and a nice Pizza in The Dolphin - the locals made a right old fuss of Fudge. 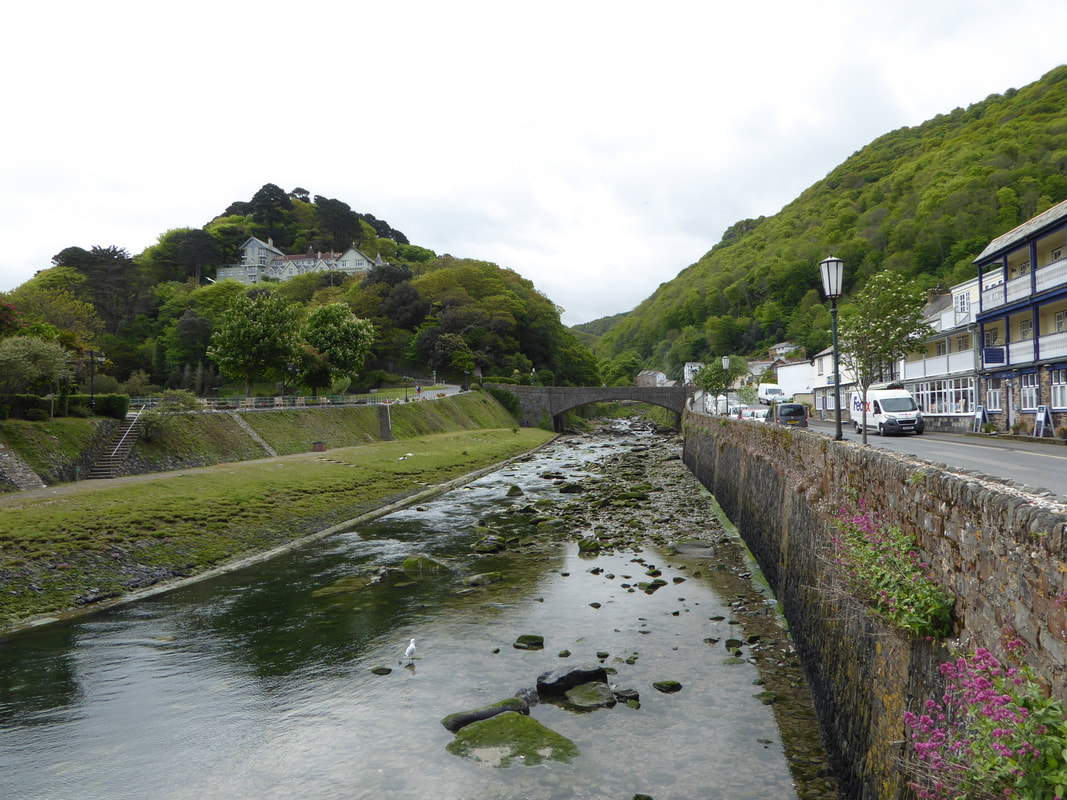 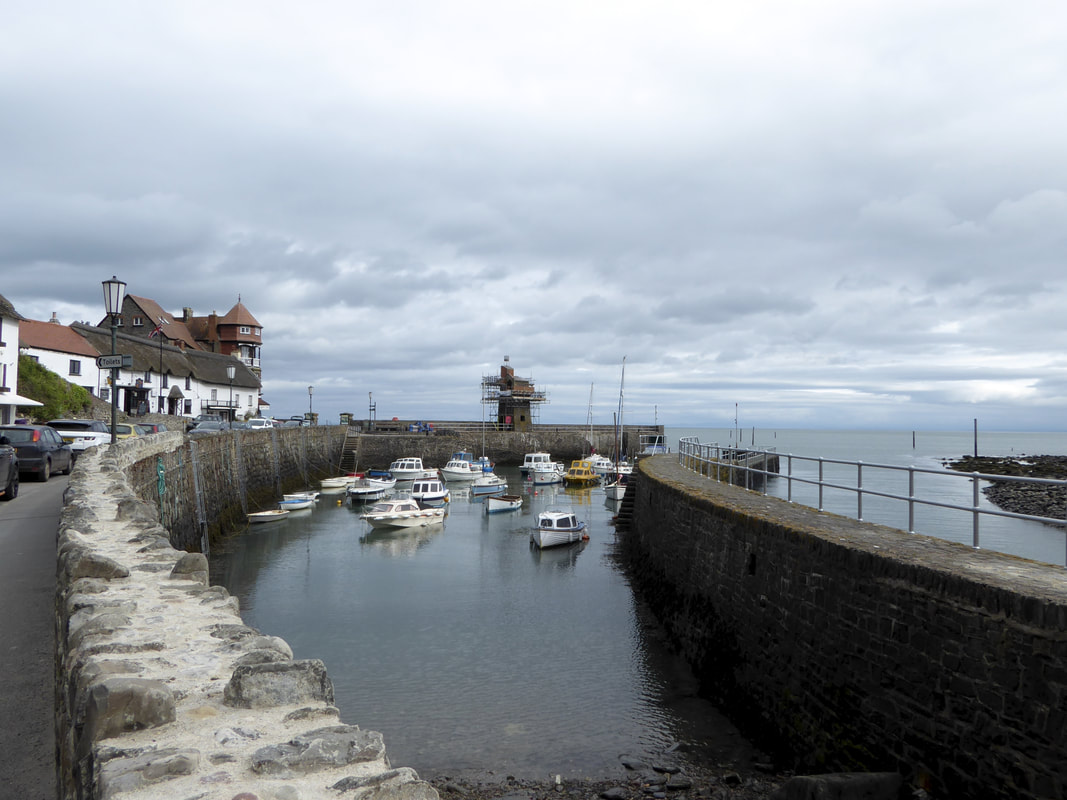 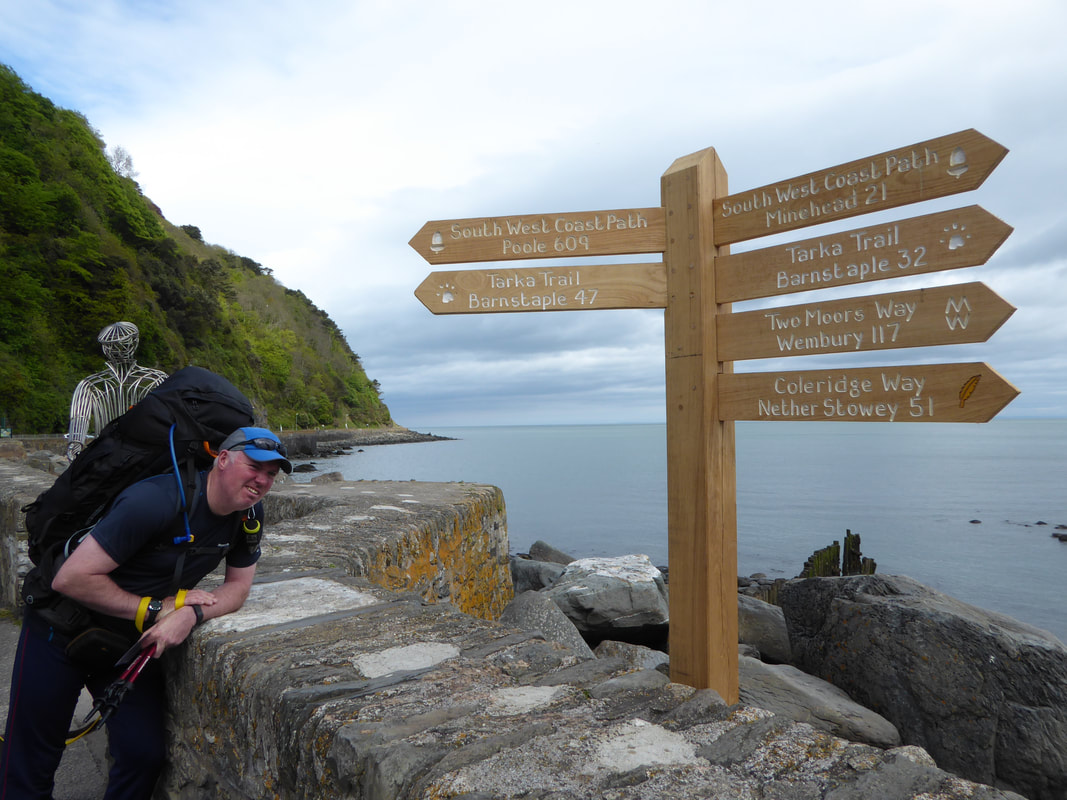 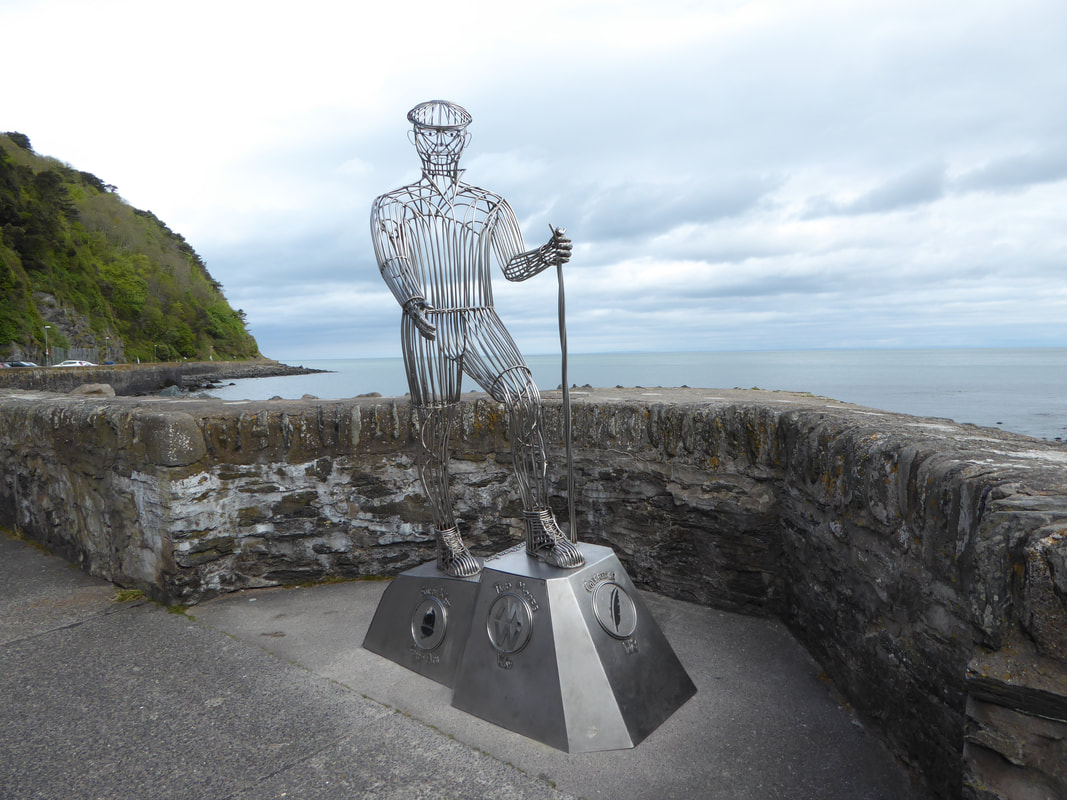 "The Walker" at Lynmouth
​
The Walker was commissioned to mark the end of The Coleridge Way long-distance walking route and also indicates the closing stage of The Two Moors Way, as well as pinpointing where both these walks intersect with the South West Coast Path.  Designed and constructed by local craftsman Richard Graham, the statue is made from reinforced 8mm marine quality stainless steel wire and shows a larger-than-life walker stretching out his hand in greeting. 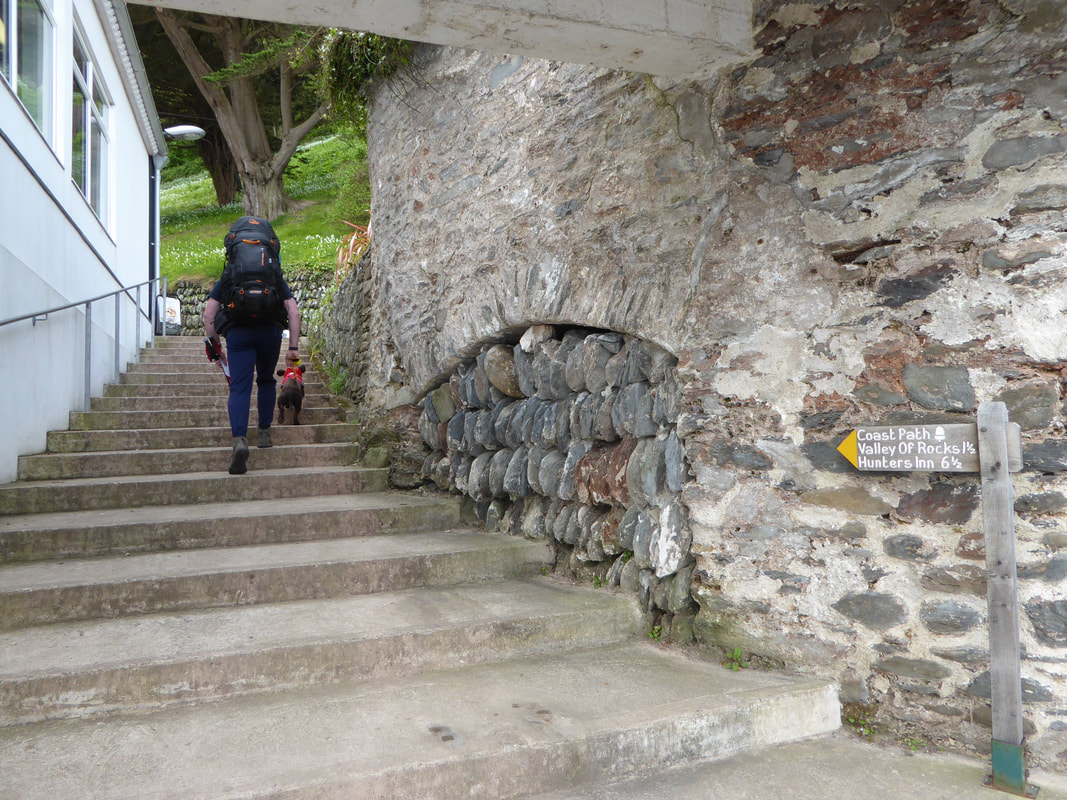 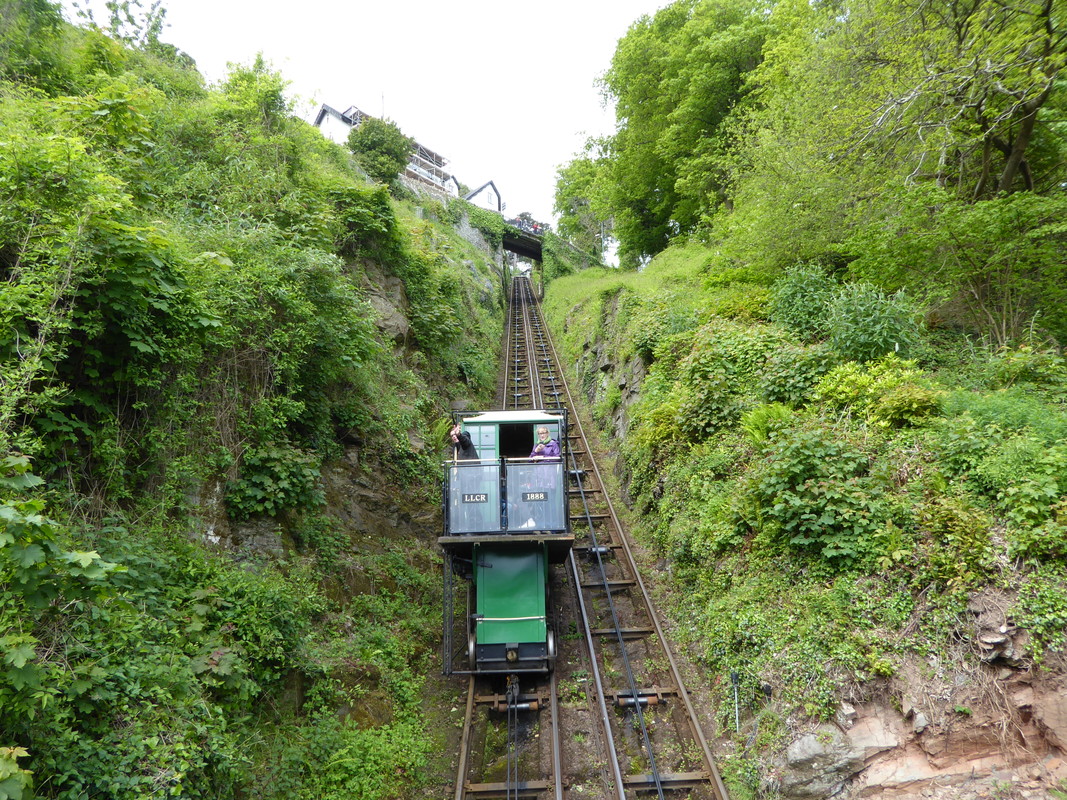 This historic Victorian railway opened in 1890 and has connected the twin towns of Lynton & Lynmouth ever since. The 862 feet of track rises 500 feet with an impressive gradient of 57% providing stunning views across Lynmouth Bay.  The railway is a fully working listed heritage monument and is the steepest fully water powered railway in the world.  With no need for electricity, gas or diesel the Lynton & Lynmouth Cliff Railway remains the UK's only fully water powered railway and one of only three examples left in the world. 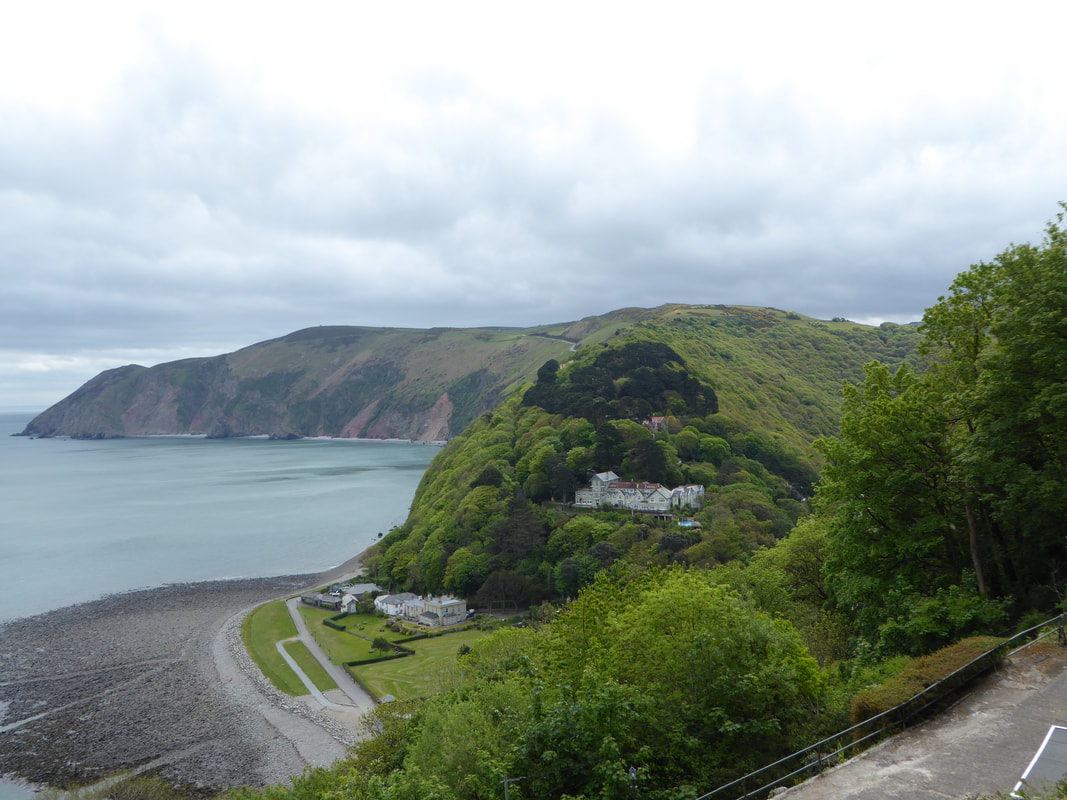 The view from Lynton down to Lynmouth 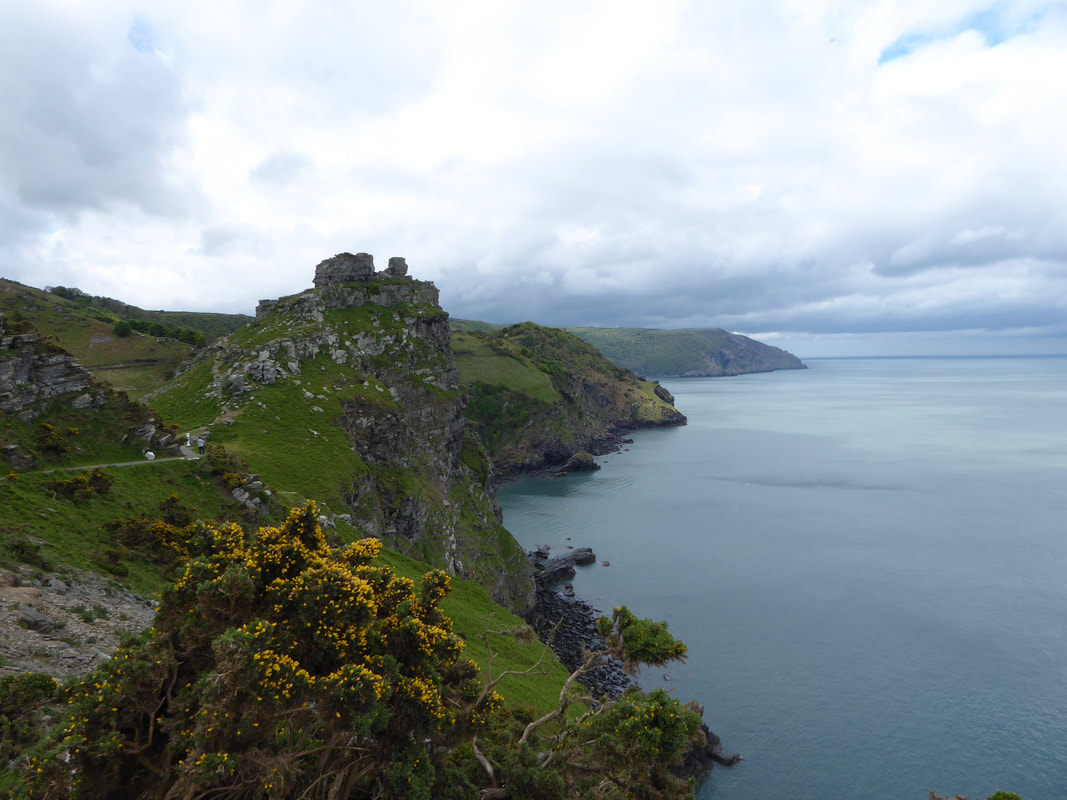 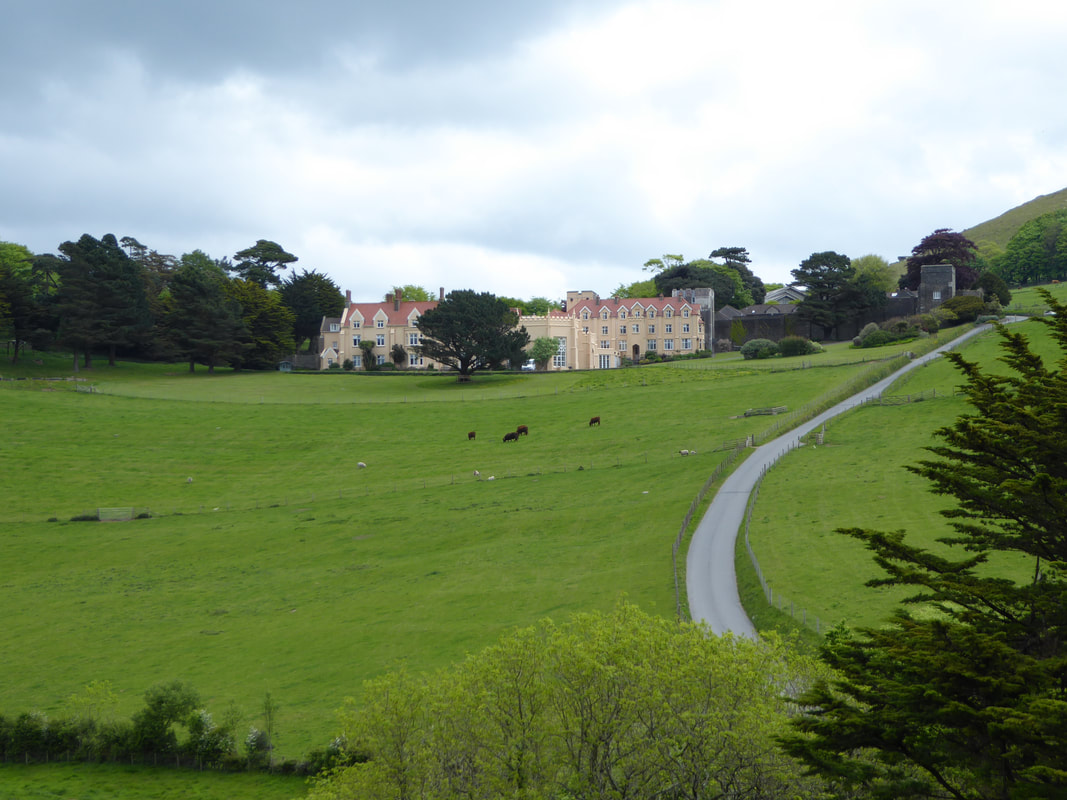 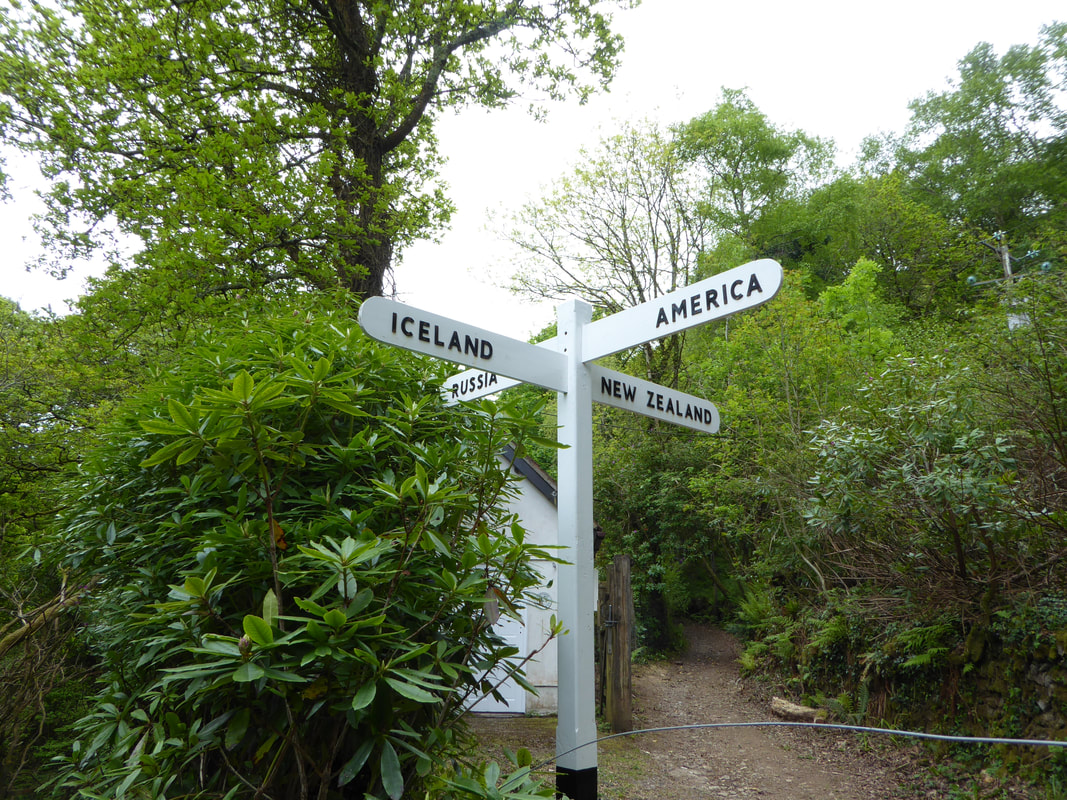 America for us today 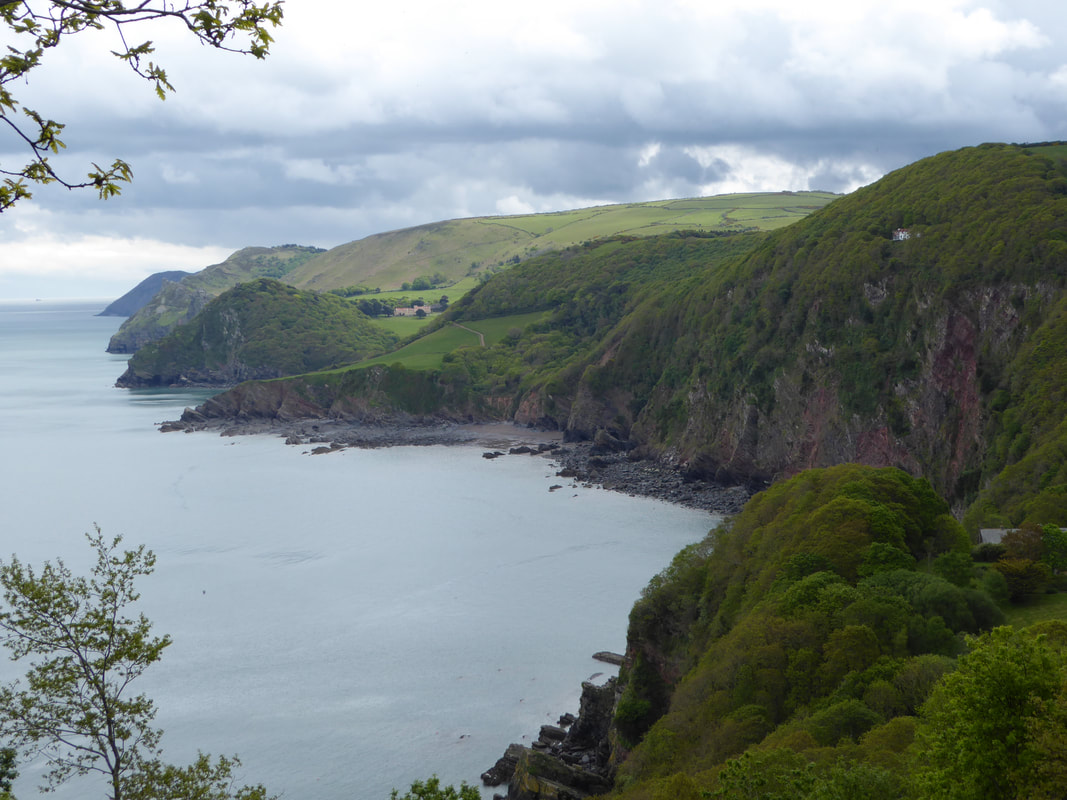 Above Woody Bay looking back towards the Valley of Rocks 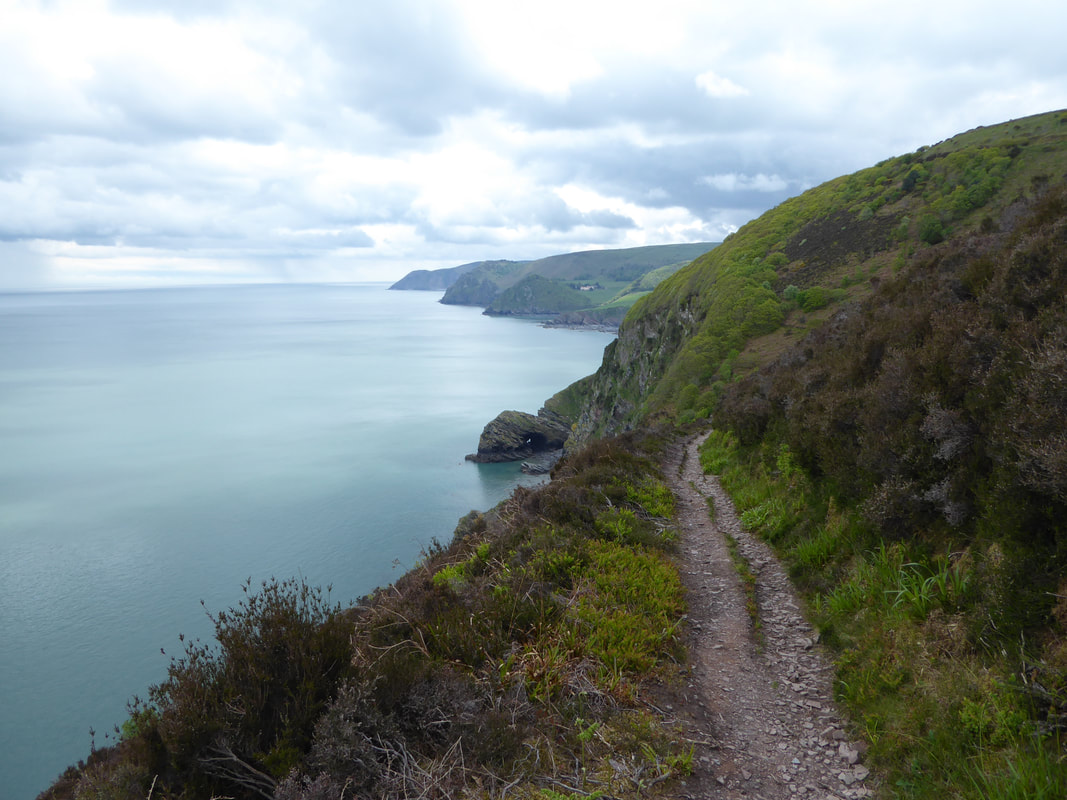 Passing Woody Bay, this was a lovely section of the path 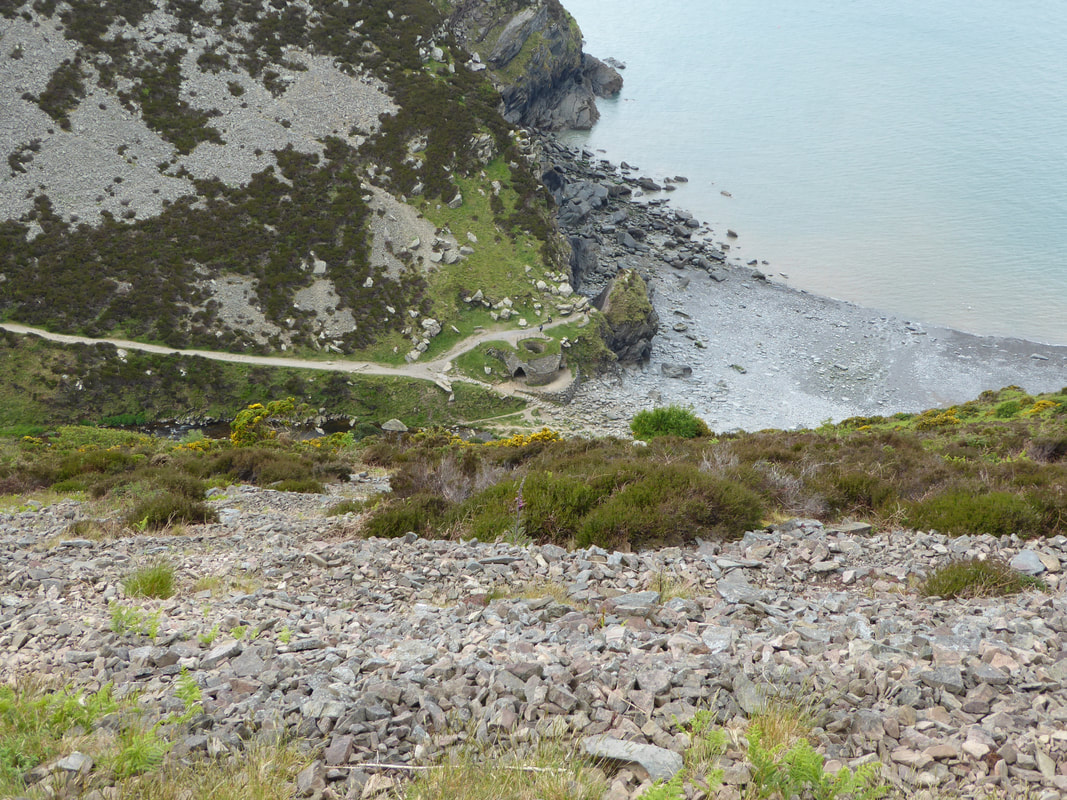 Looking down on Heddon's Mouth 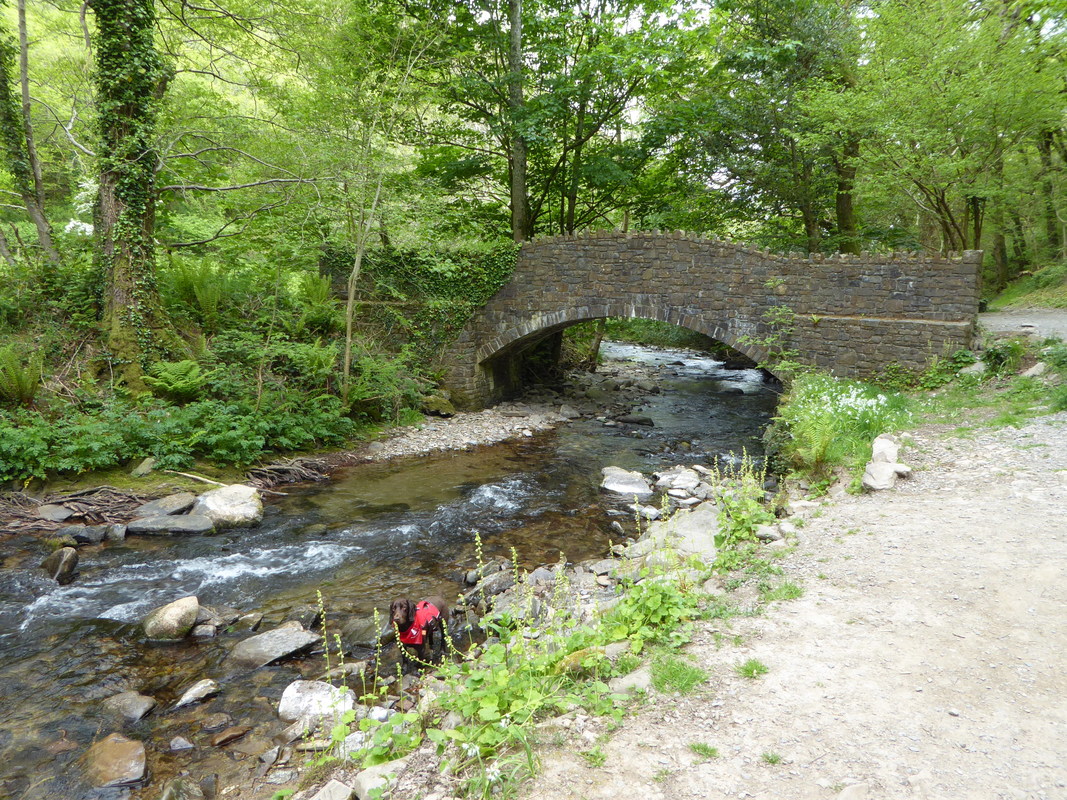 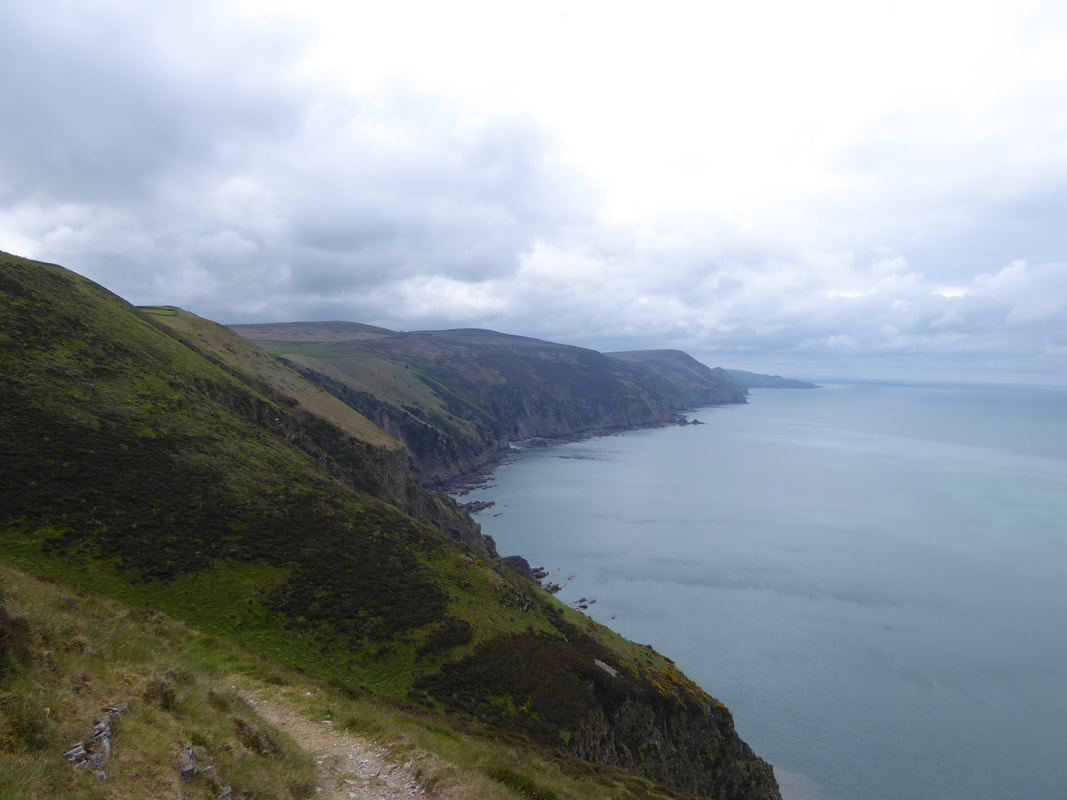 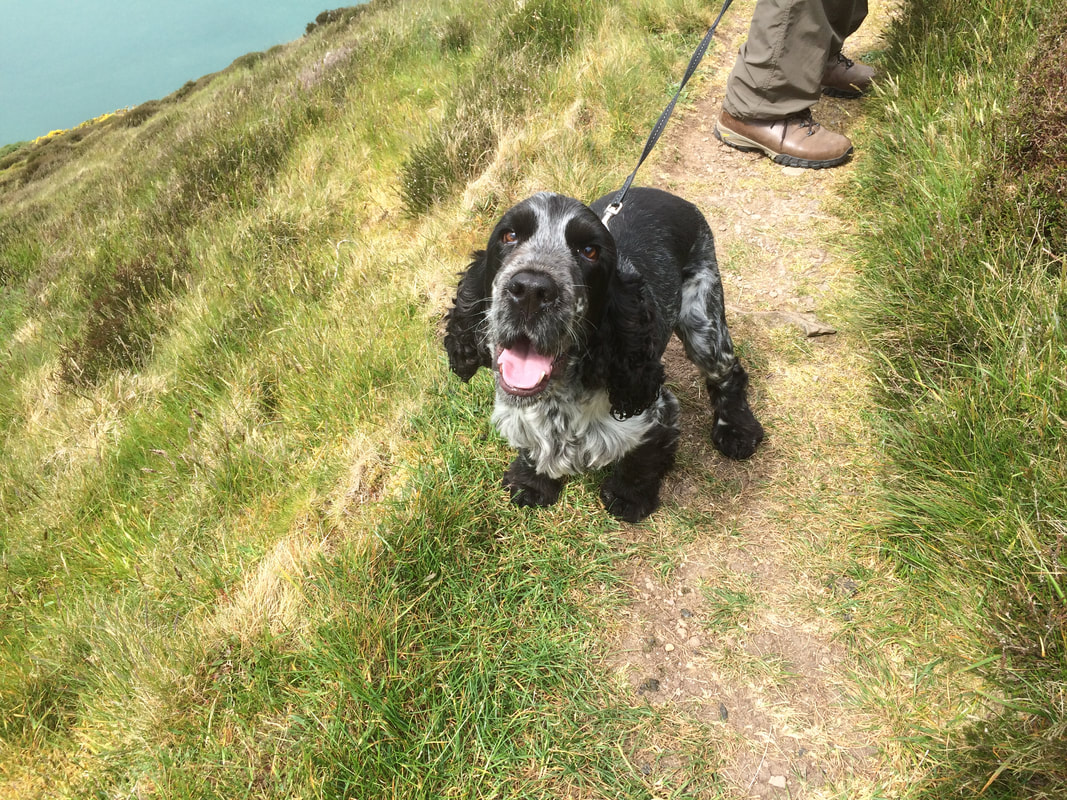 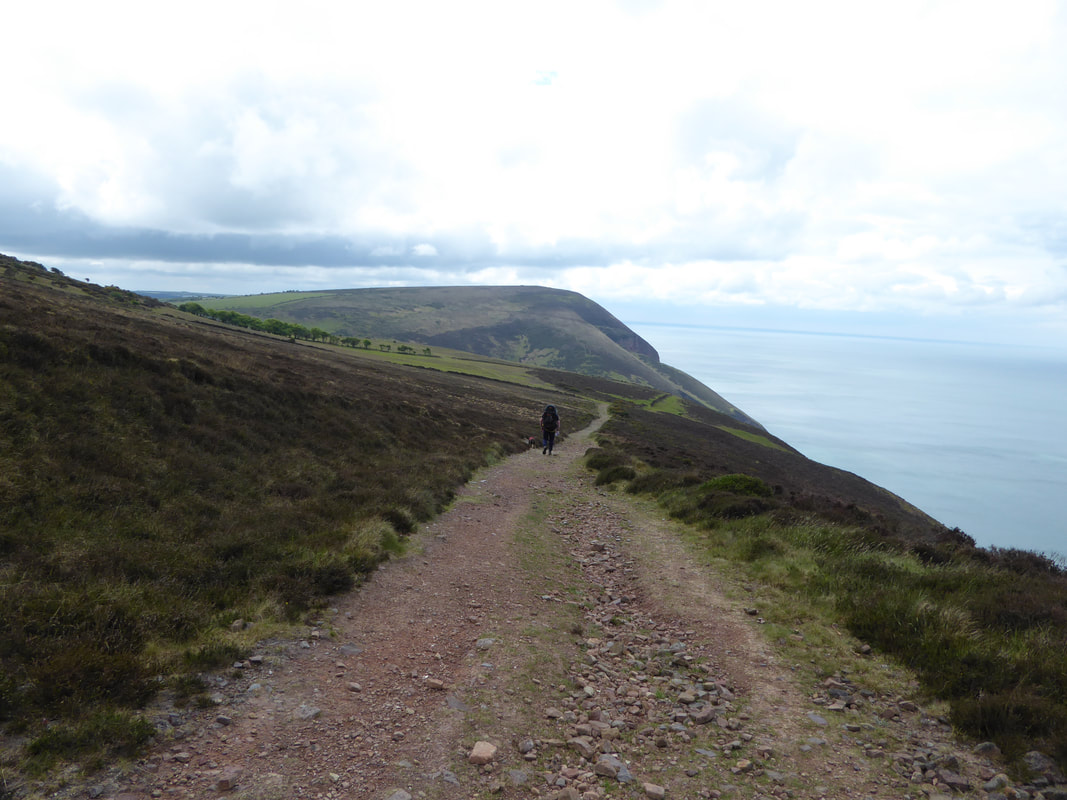 Heading along Trentishoe Down with Great Hangman ahead 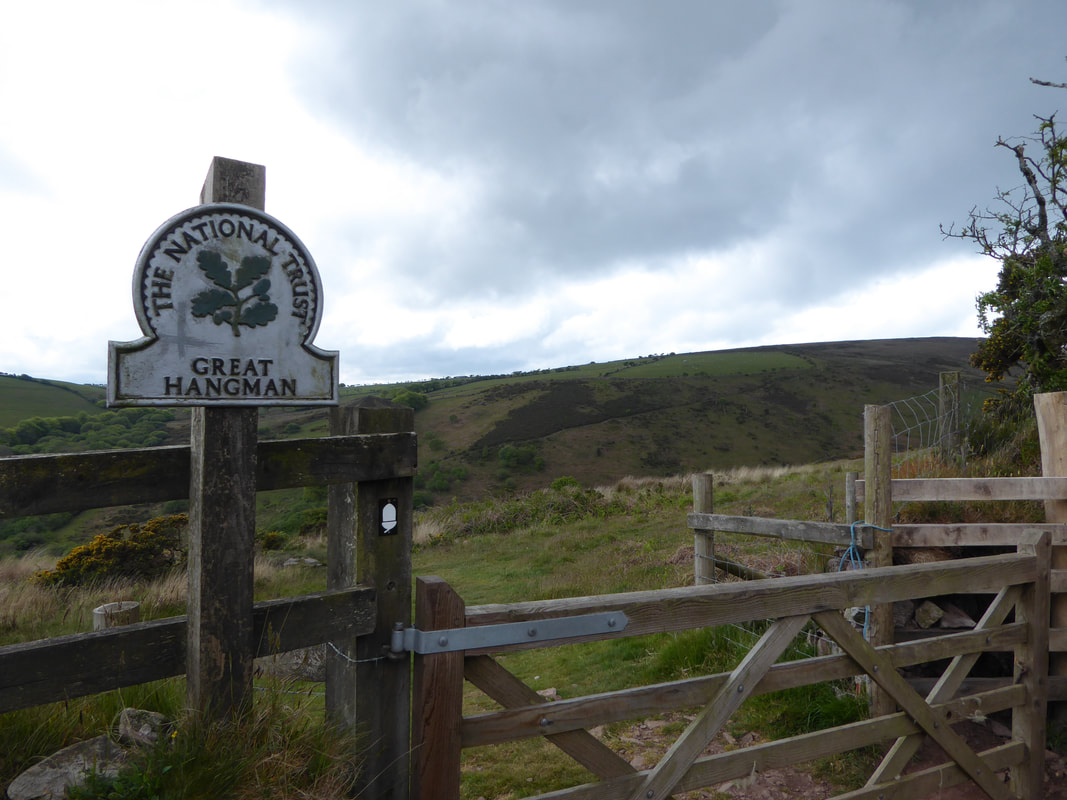 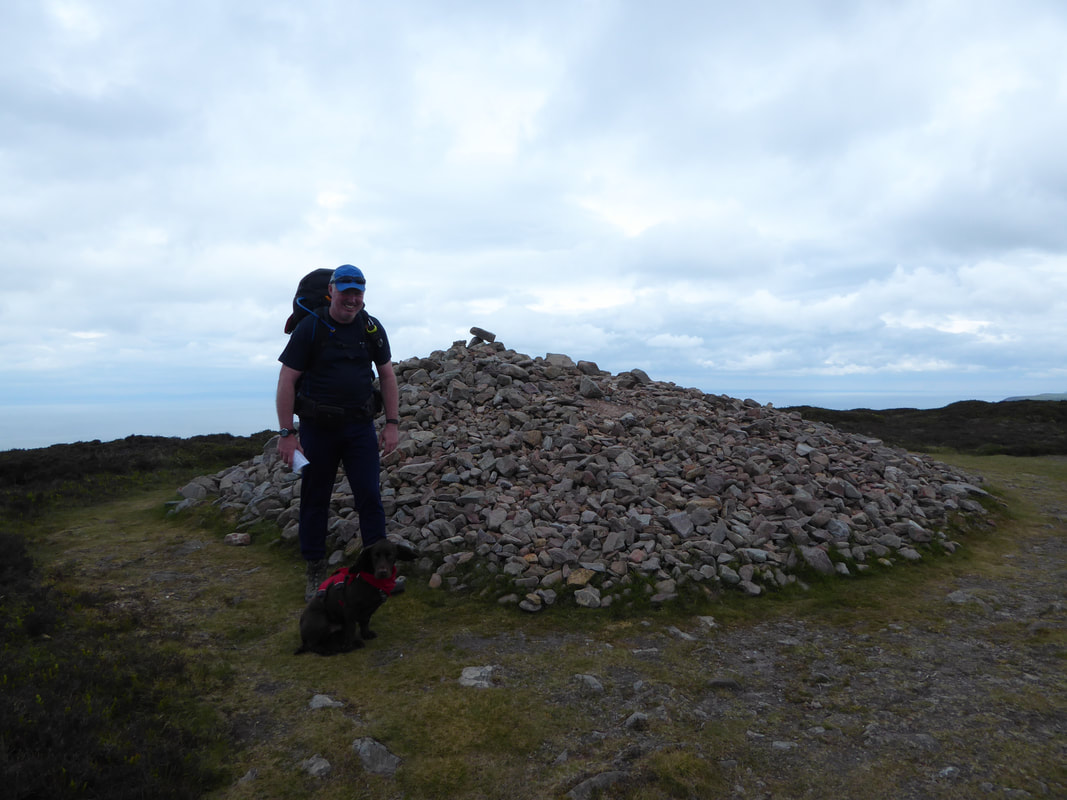 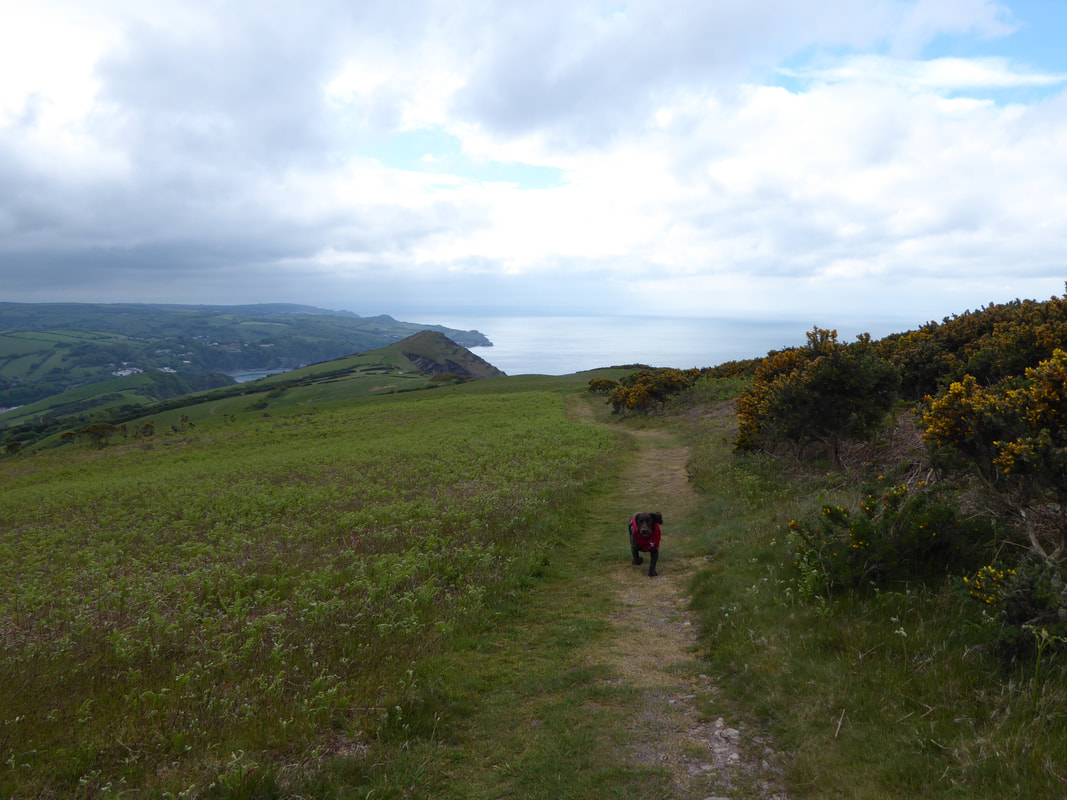 Leaving Great Hangman with Little Hangman ahead of us 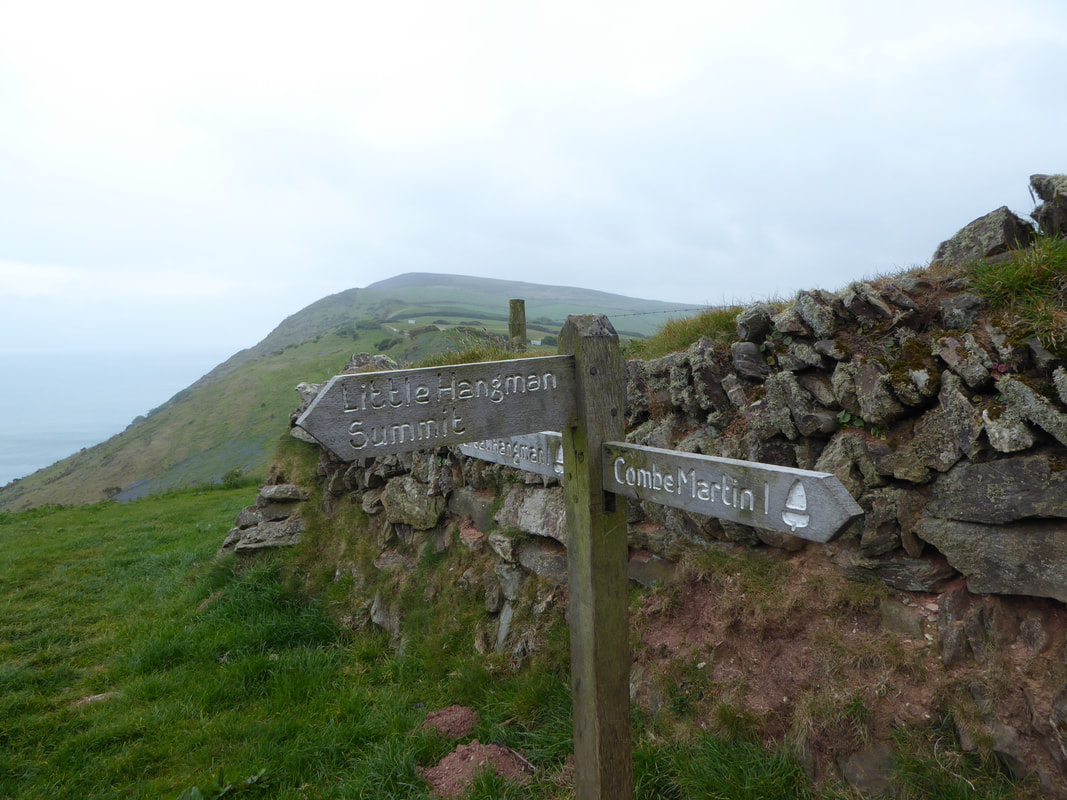 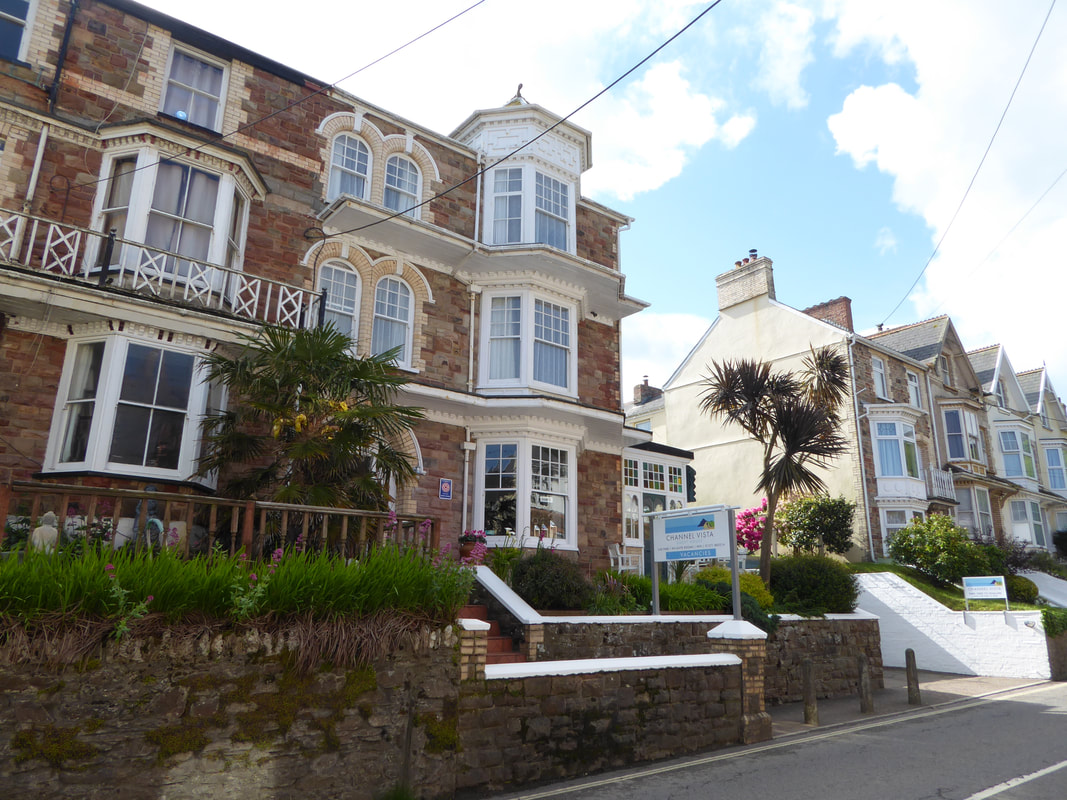