​A ropey old day in store with the weather we thought as we peered out of the window into Polperro's gloom. We unfortunately had a disturbed stay at Penryn House due to 4 inconsiderate guests making noise way after midnight. We were on familiar territory now and were off to Crafthole near Torpoint today - familiar to us as we bought our first house there in 1991. Walked back down into the village for a final look around the pretty harbour - shame it was a gloomy day. There was a slight path diversion in place near the War Memorial and near West Looe we chatted to a group of people who were on a charity walk "Walkers for Joe".

​As expected, Looe was very busy - not surprising for a Saturday really. Bought some lunch and sat by the bridge watching the world go by. There was an extremely tough slog uphill out of the town and also up from Millandreath Beach where the visibility was reduced to a thick grey soup. We were diverted inland at Bodingwa along a quiet country lane and at Seaton we stopped for a quick breather and to put Foul Weather gear on as it had started to rain quite heavily. Next followed a rather dull & boring road walk through Downderry although the rain had stopped by now. The remainder of the walk via Portwrinkle to Crafthole was ok although the hill up to the Finnygook from Whitsand Bay Golf Club was, as we remembered, steep!!

Greeted warmly at The Finnygook which had clearly been given a refurb downstairs since we were last here. We were also given a once over by the pub dog Tribute and he and Fudge had a good old sniff of each other. Pleasantries over with, we settled into the pub by way of sampling their beer followed by a delightful evening meal. Rest Day tomorrow. 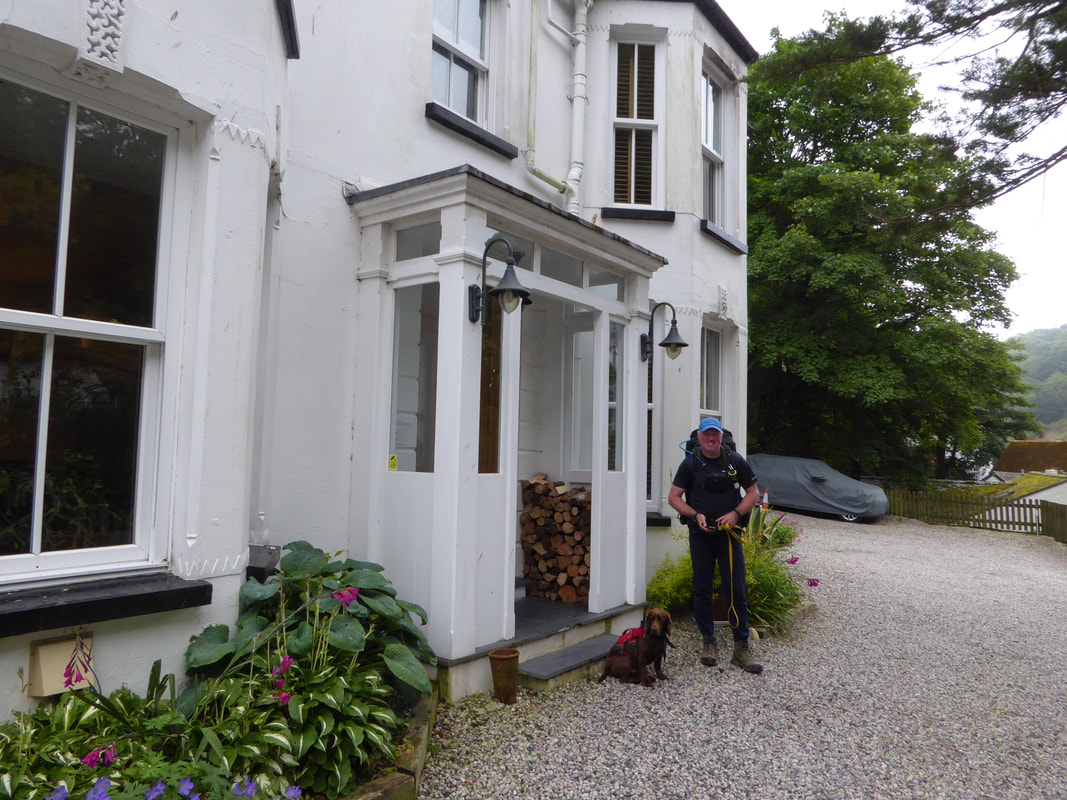 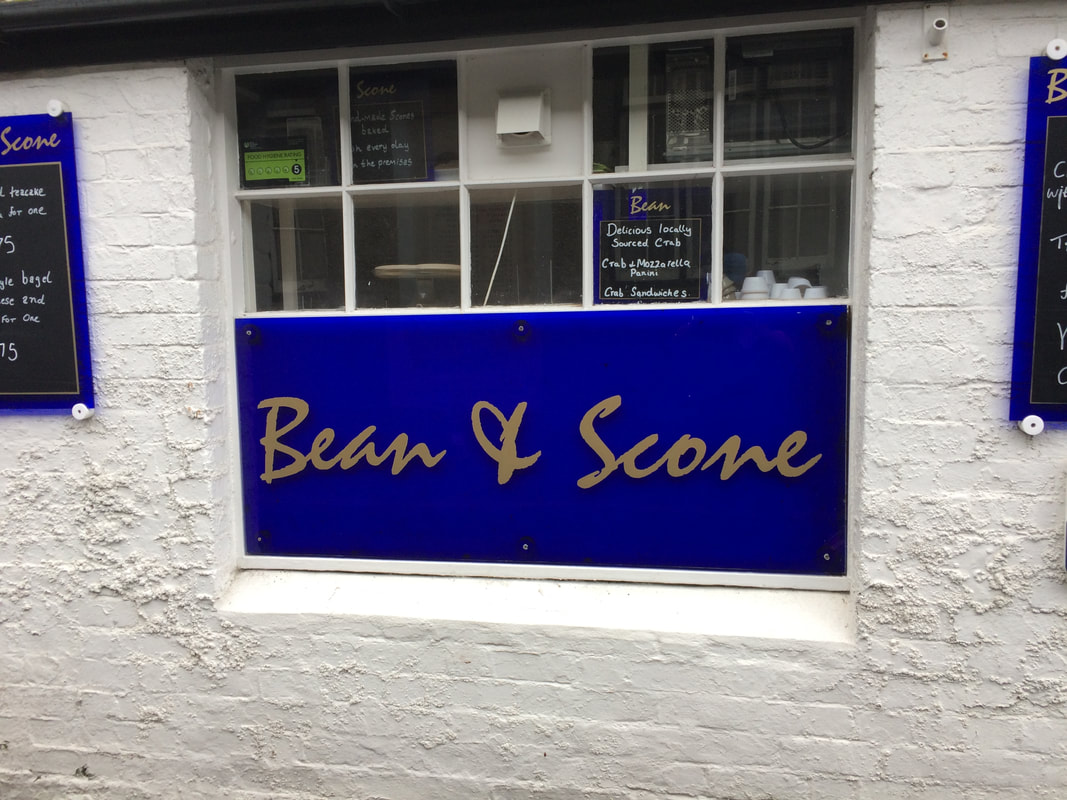 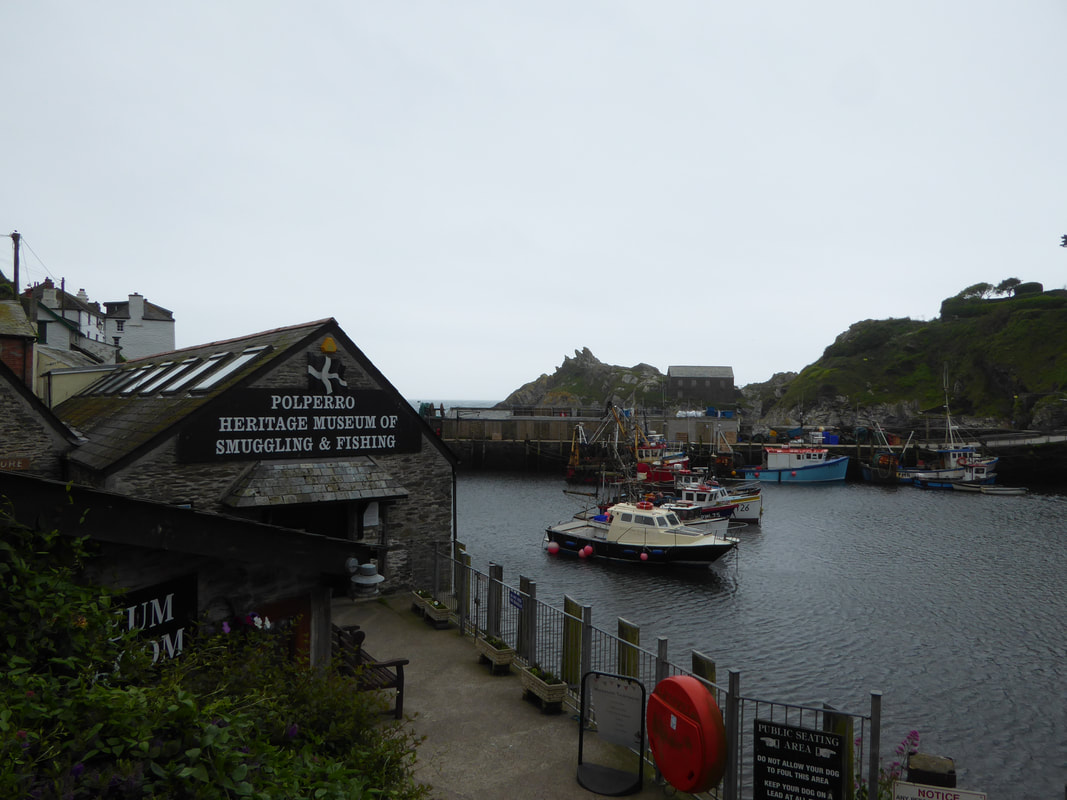 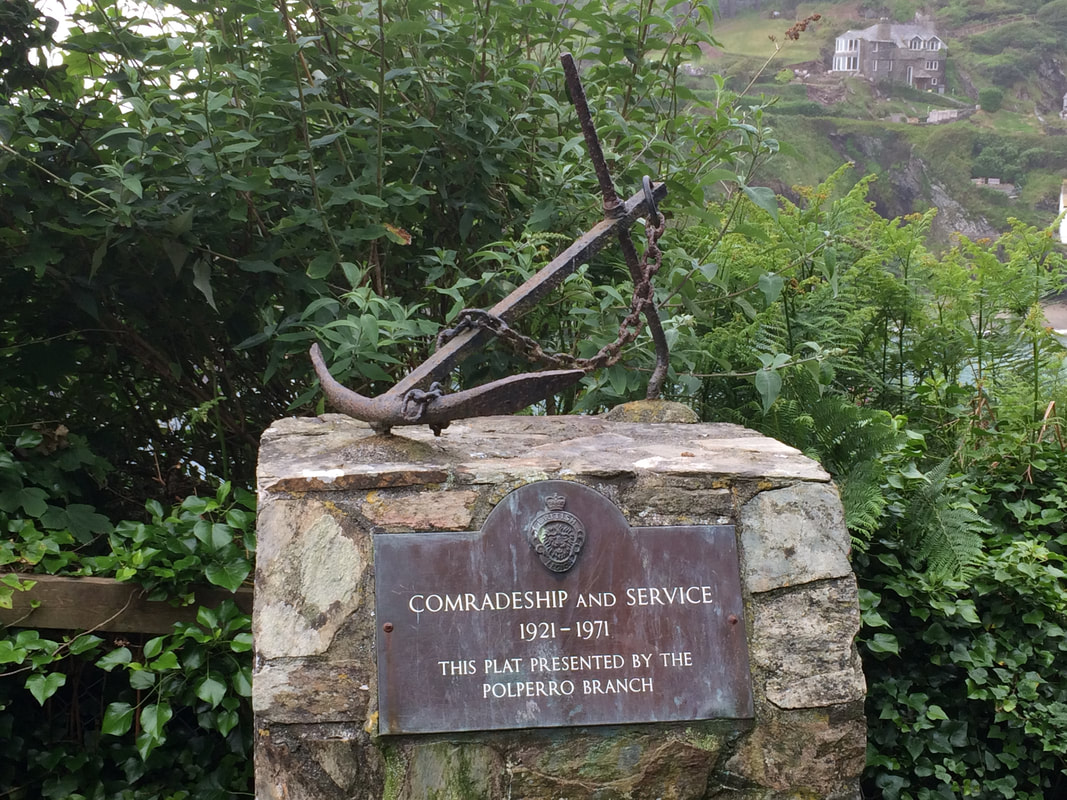 The Royal British Legion Plat in Polperro
A Plat is a sort of plaited cordage formed of the yarns of old rope twisted into foxes; it is used to wind about that part of the cable which lies in the hawse-hole, where it would otherwise be greatly injured by the continual friction produced by the agitation of the ship in 'stormy weather'. 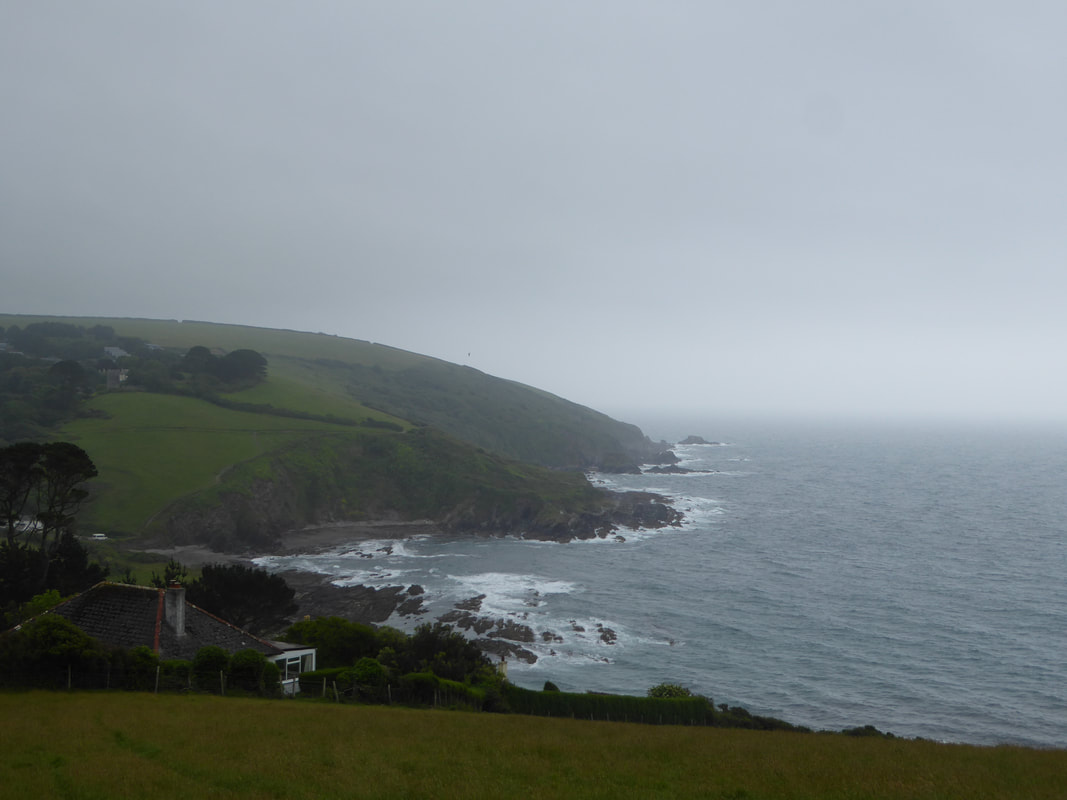 The outlook was not looking promising today 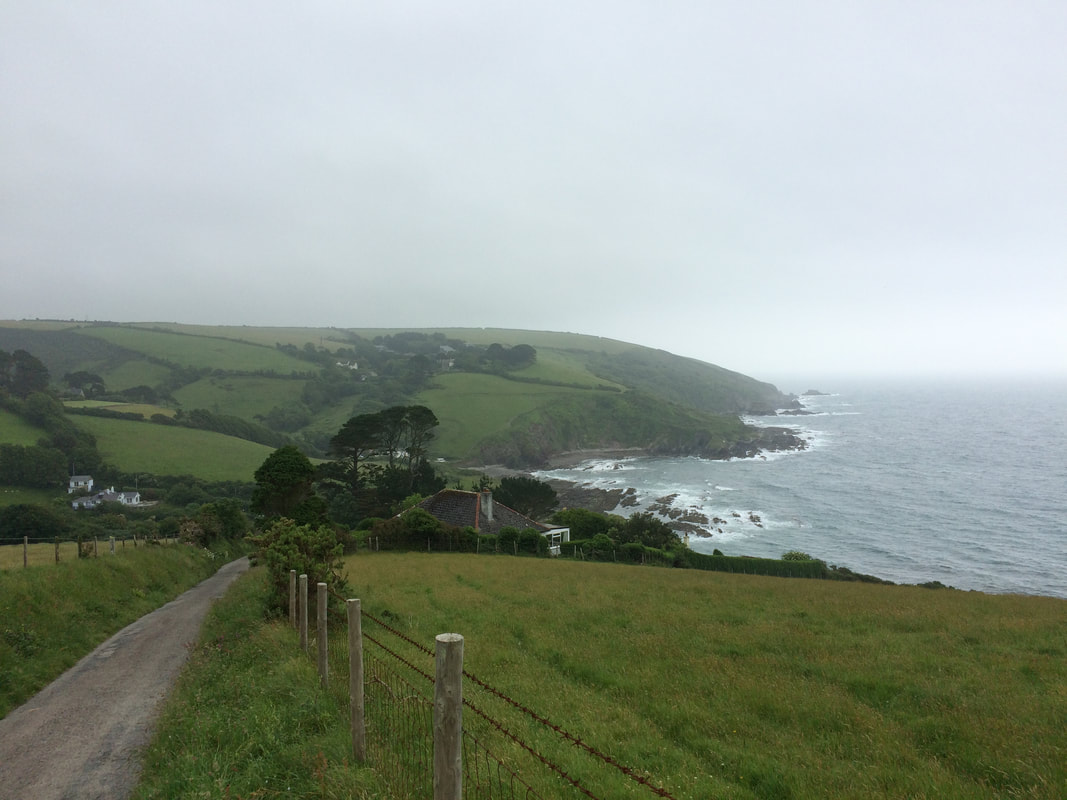 The steep track down into Talland Bay 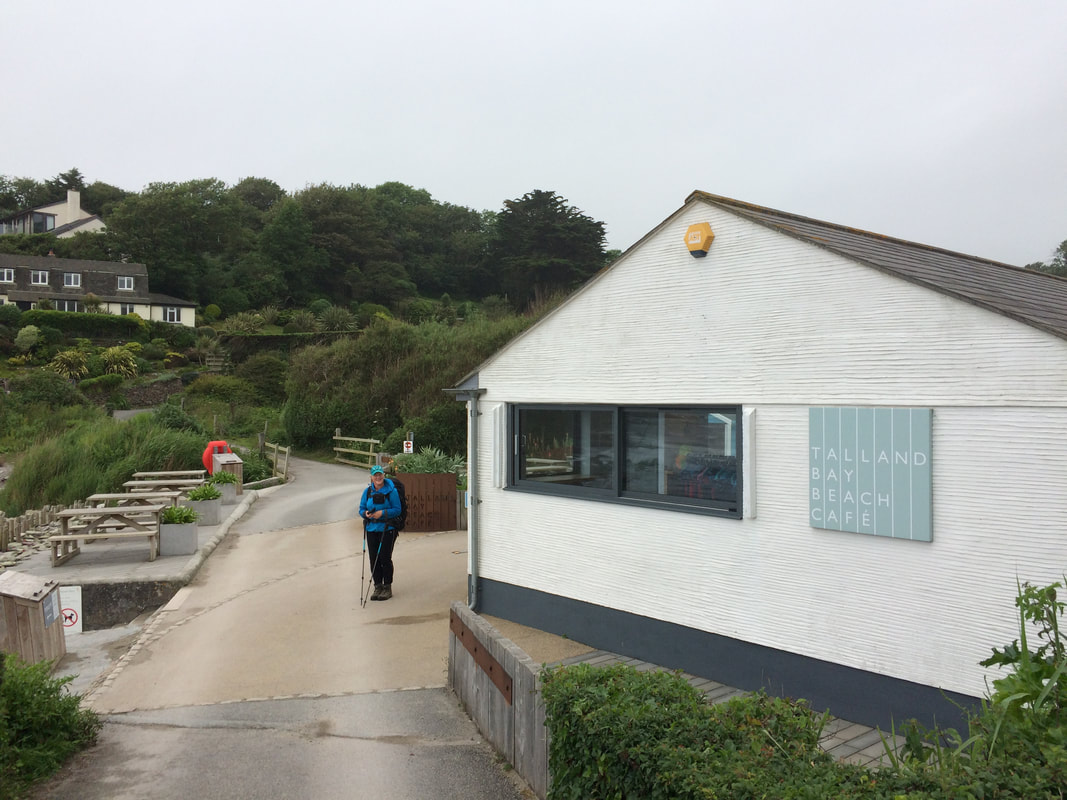 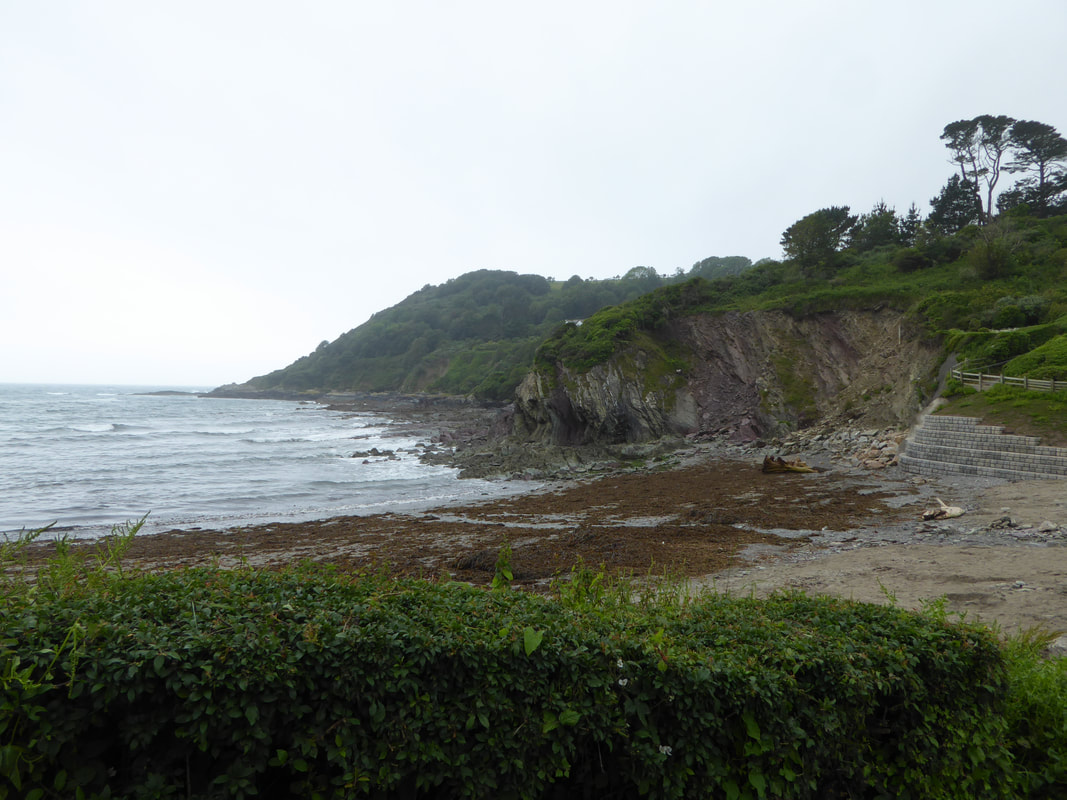 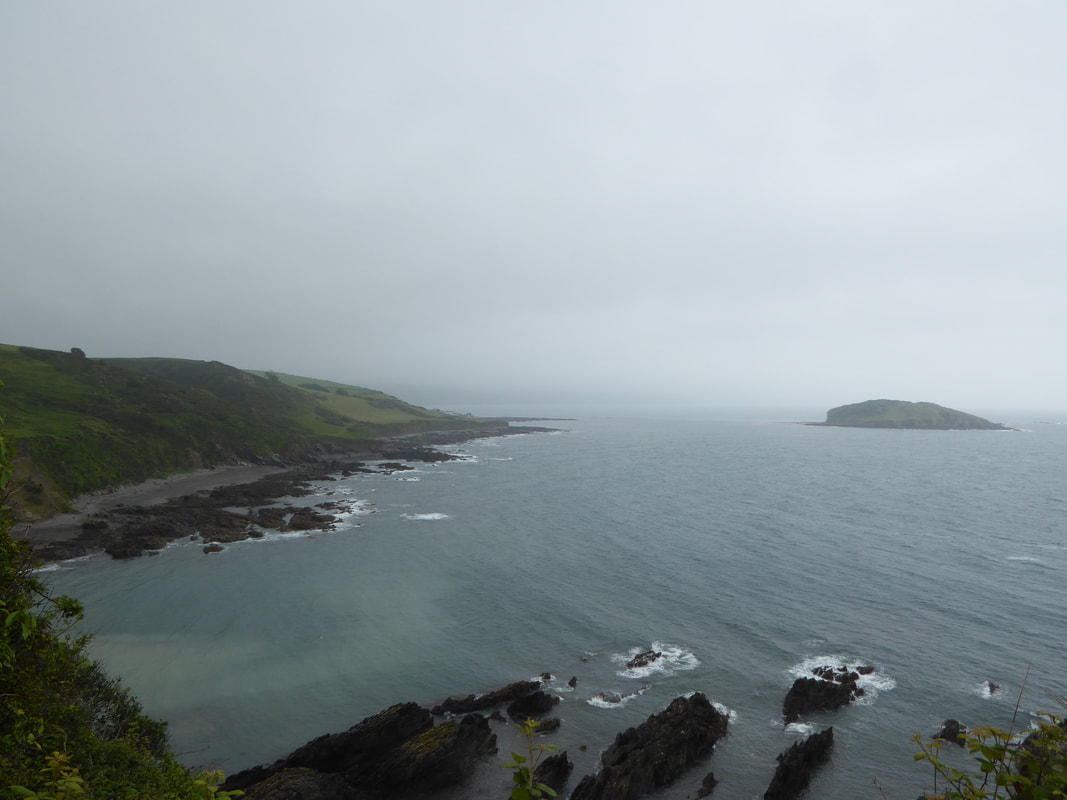 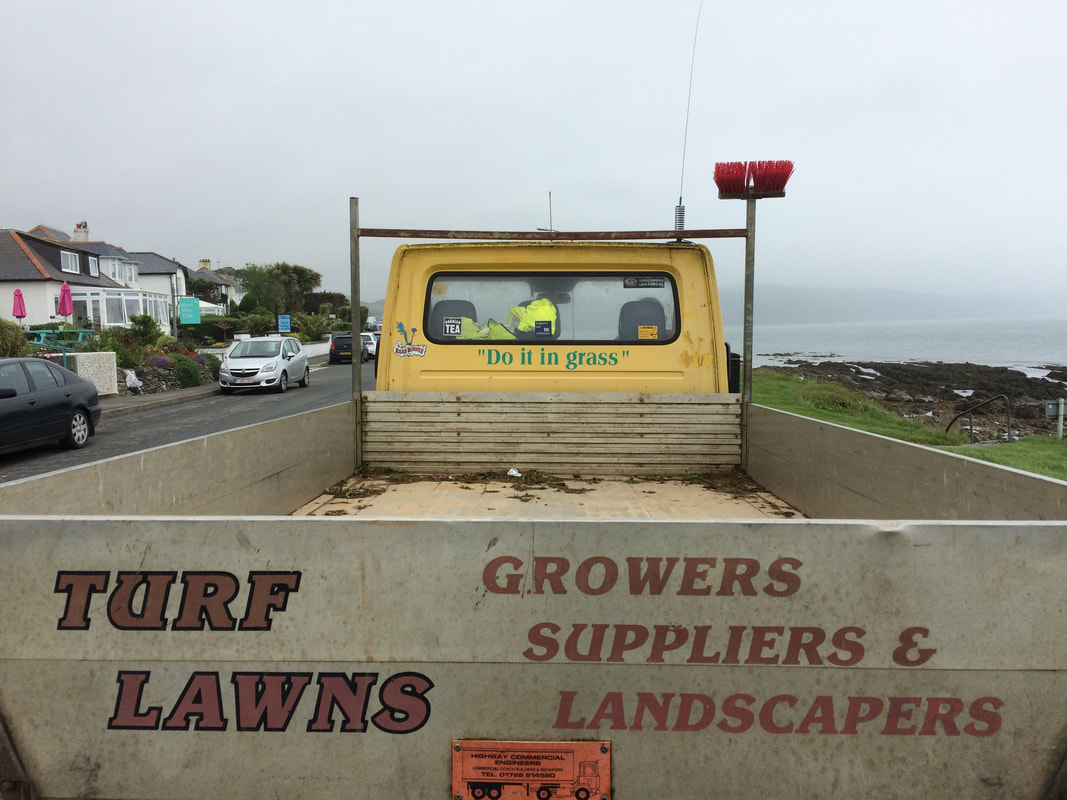 Always on the look out for little funnies like this 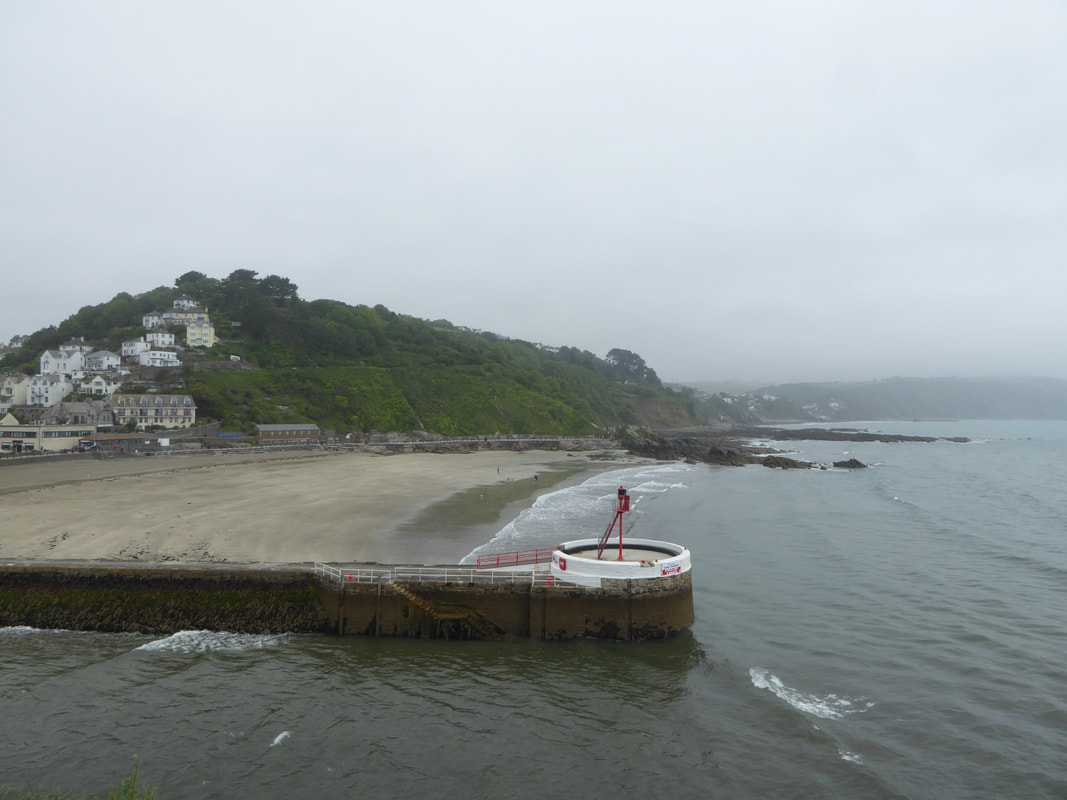 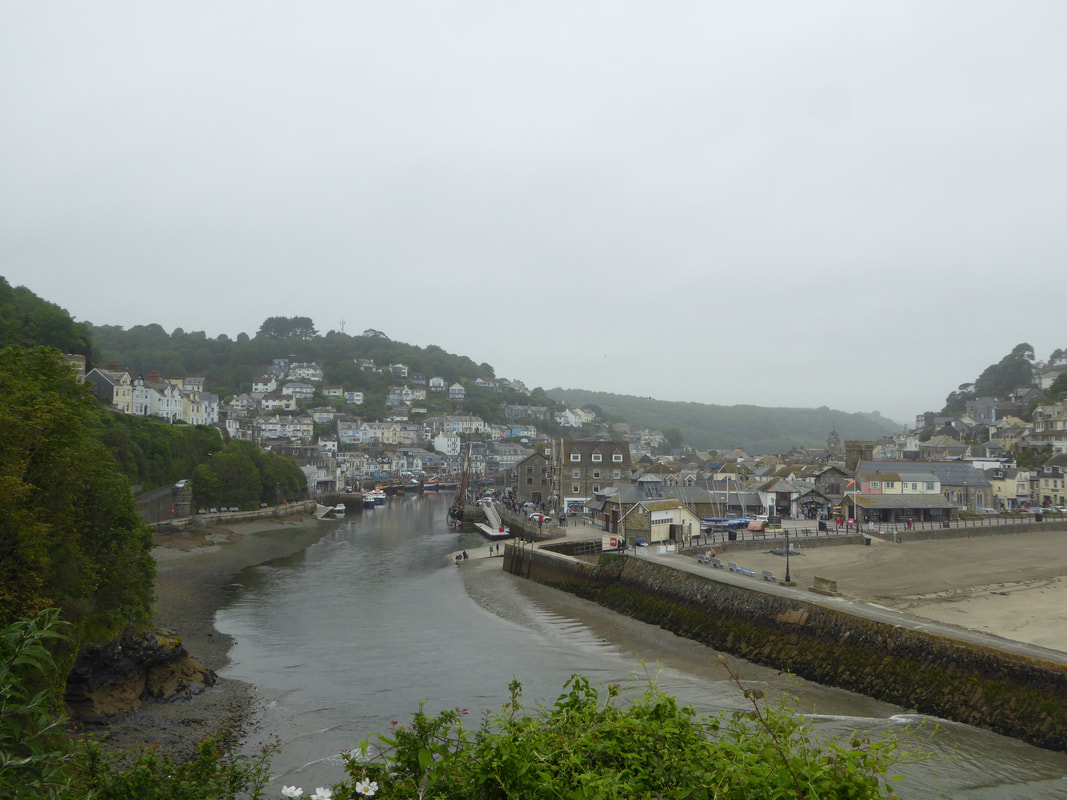 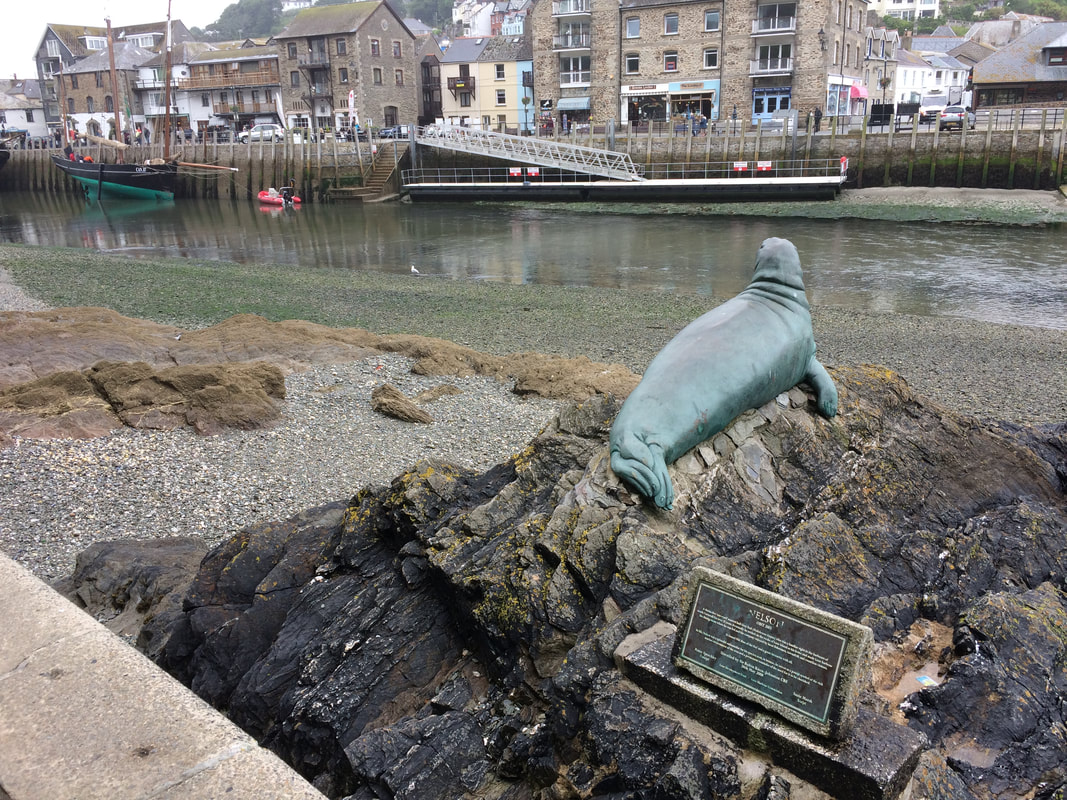 Nelson the Seal was a popular fixture at Looe harbour for over 25 years.  The one eyed grey seal took up residence on Looe Island and would swim over to the harbour to entertain and be entertained by tourists and locals alike.​  After Nelson died in 2003 this bronze sculpture was commissioned and created by Cornish sculpter Suzie Marsh. 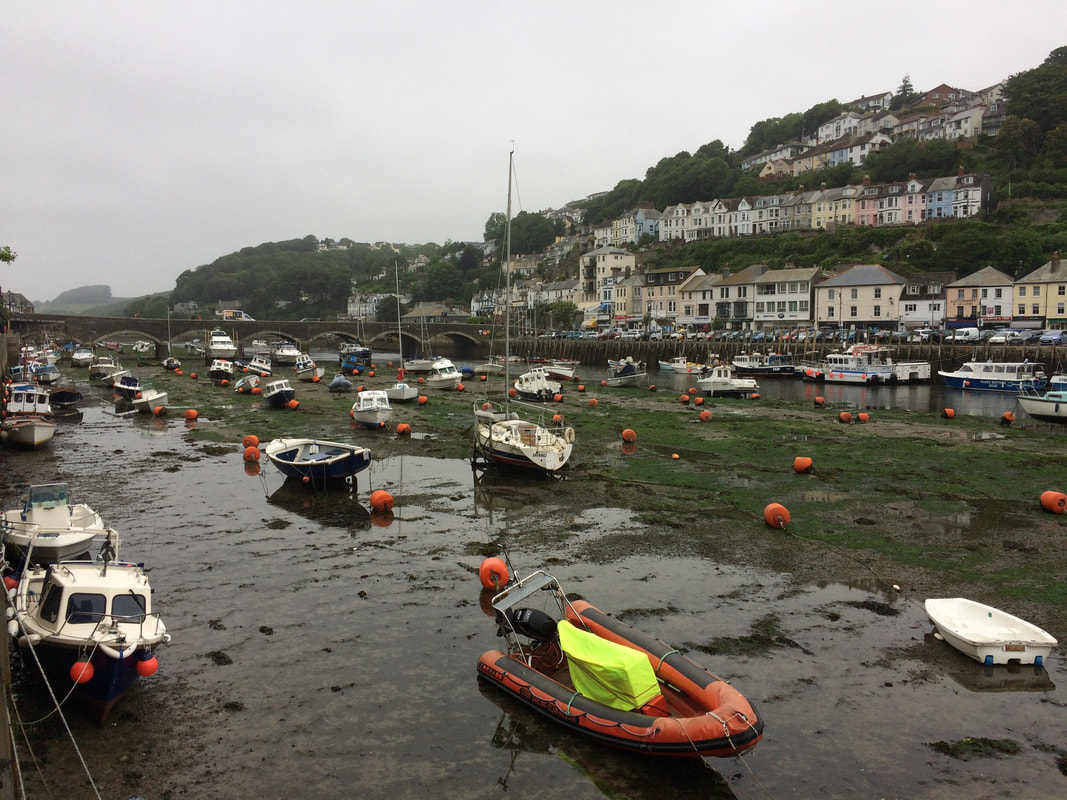 Tides out in Looe Harbour 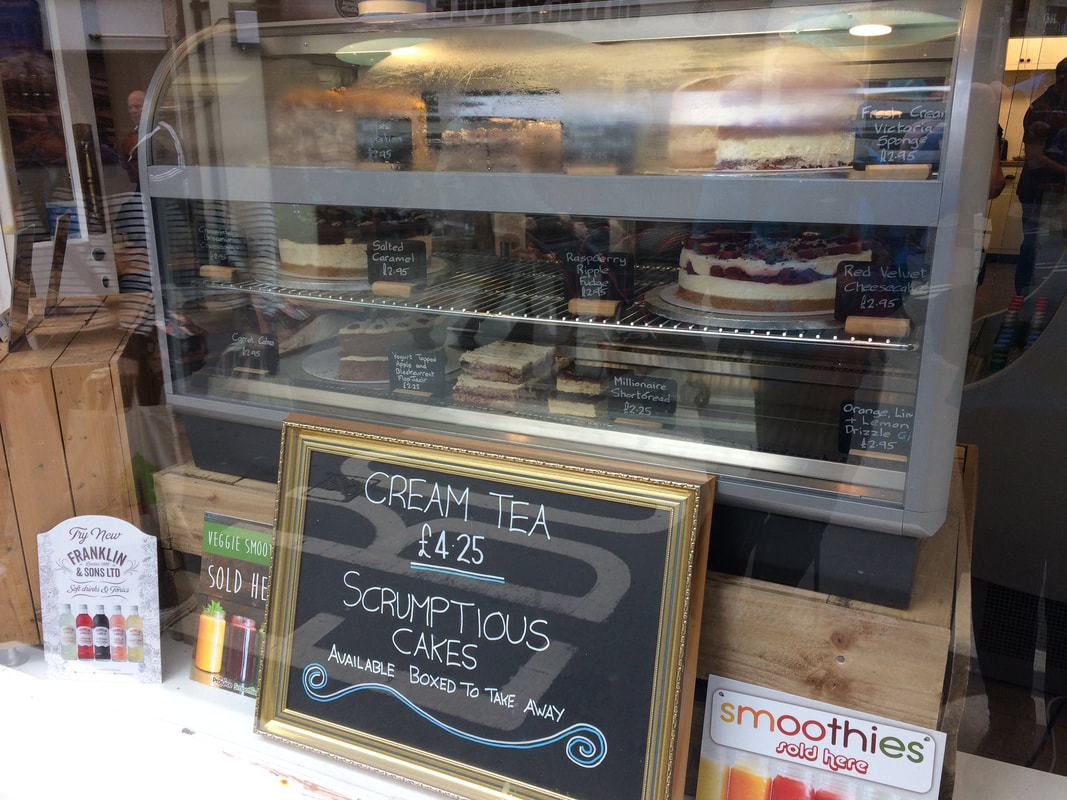 It took a lot of willpower (having already had lunch) not to go inside this shop. 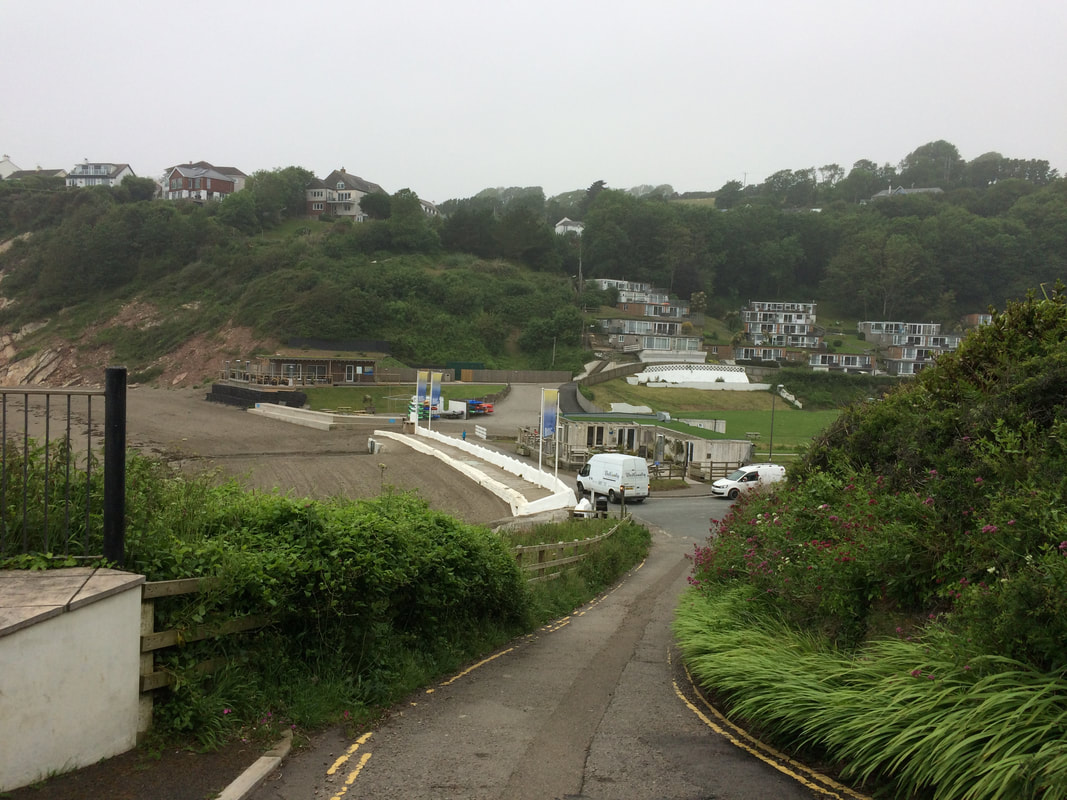 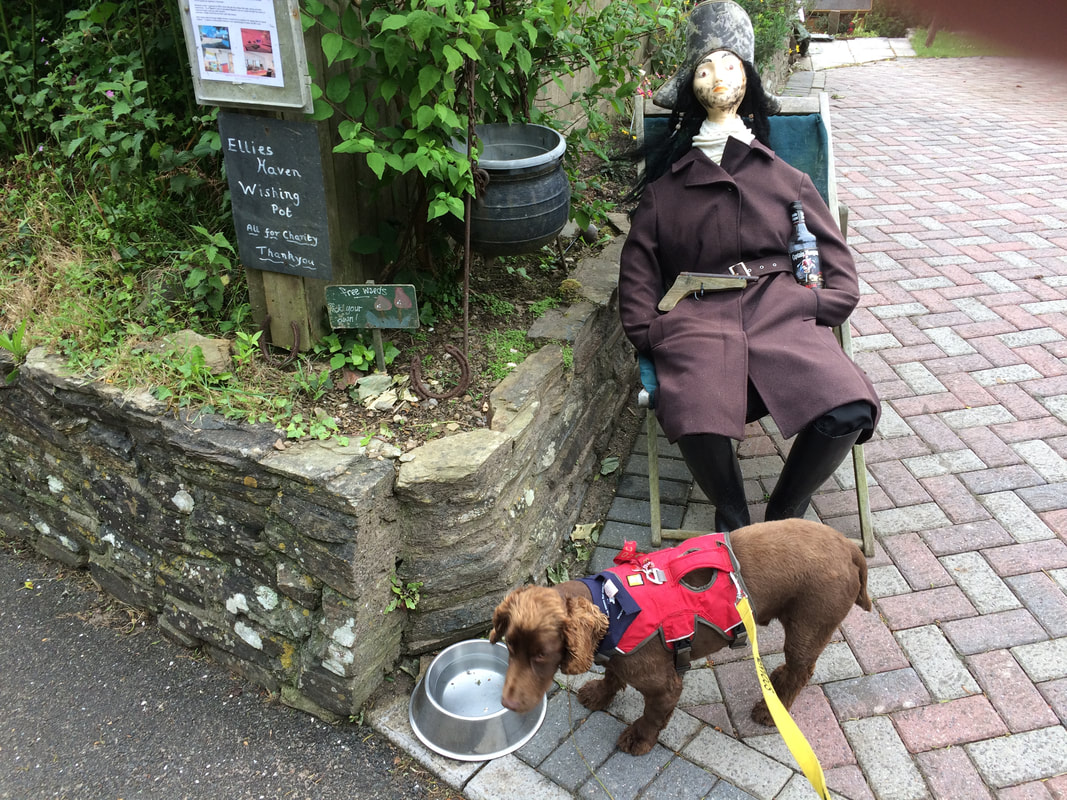 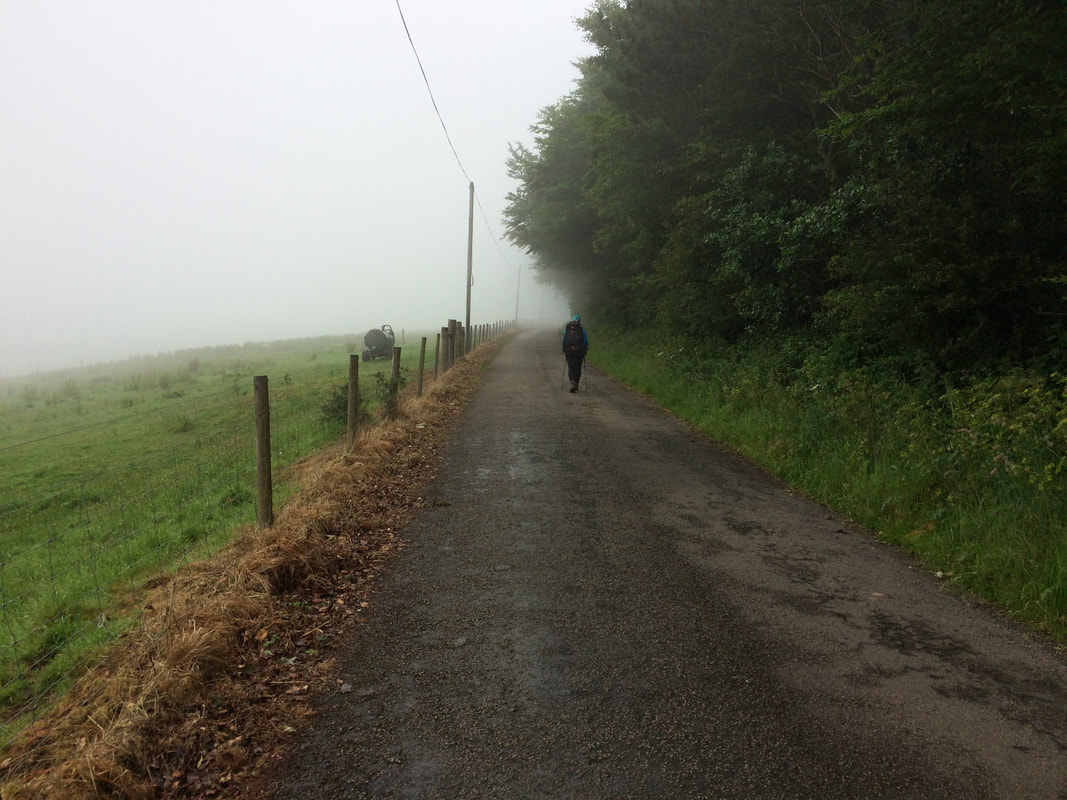 The diversion near Seaton took us well above Keveral Beach 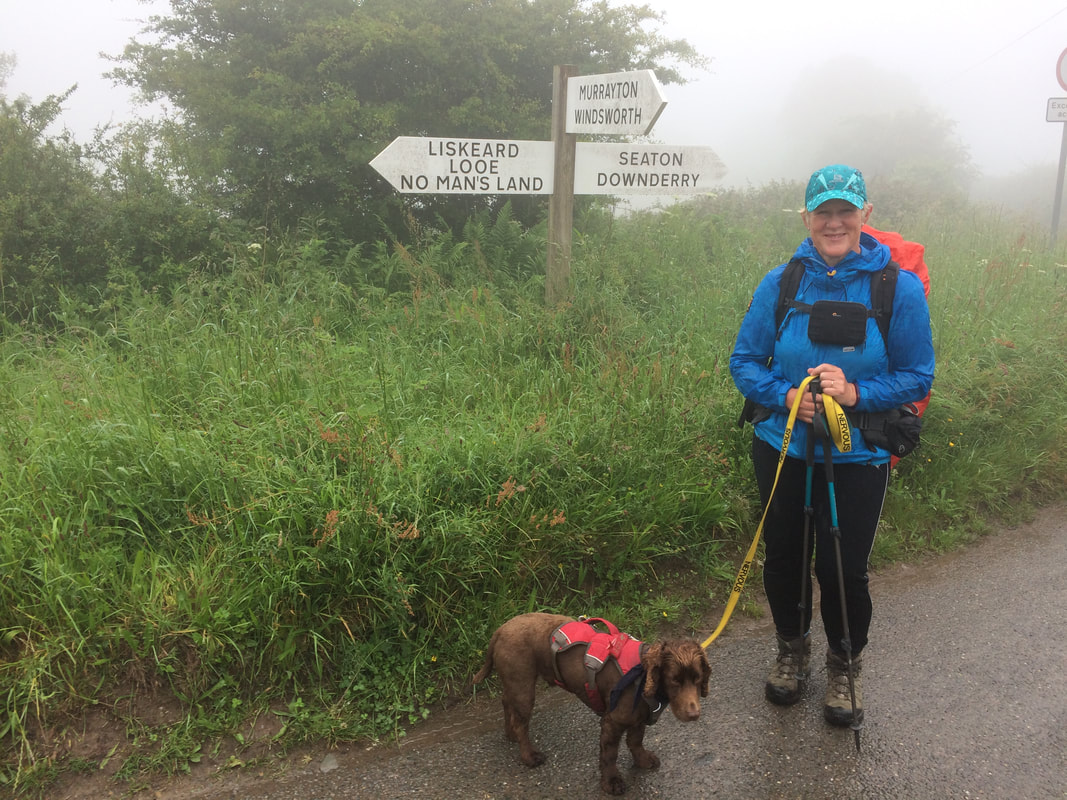 Not too far from Crafthole now 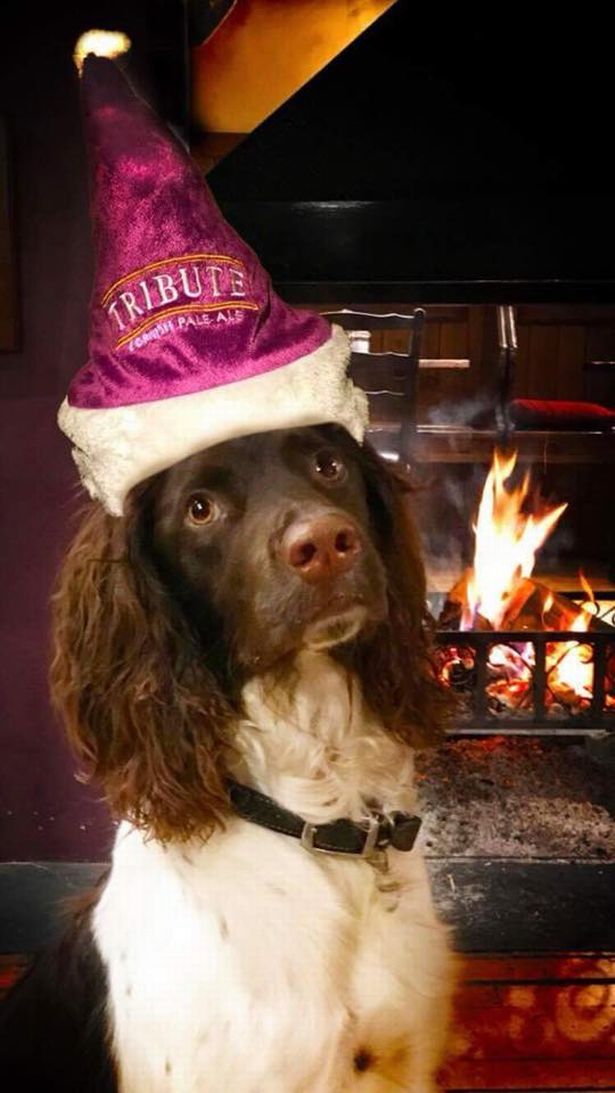 Tribute the Springer Spaniel and pub dog at The Finnygook - he gave us a lovely welcome.  We were saddened to hear that the pub was ravaged by fire in December 2017 - fortunately everybody got out, including Tribute.  ​The pub is now undergoing repair and it is hoped it will be open again soon. ​
Overnight Accommodation 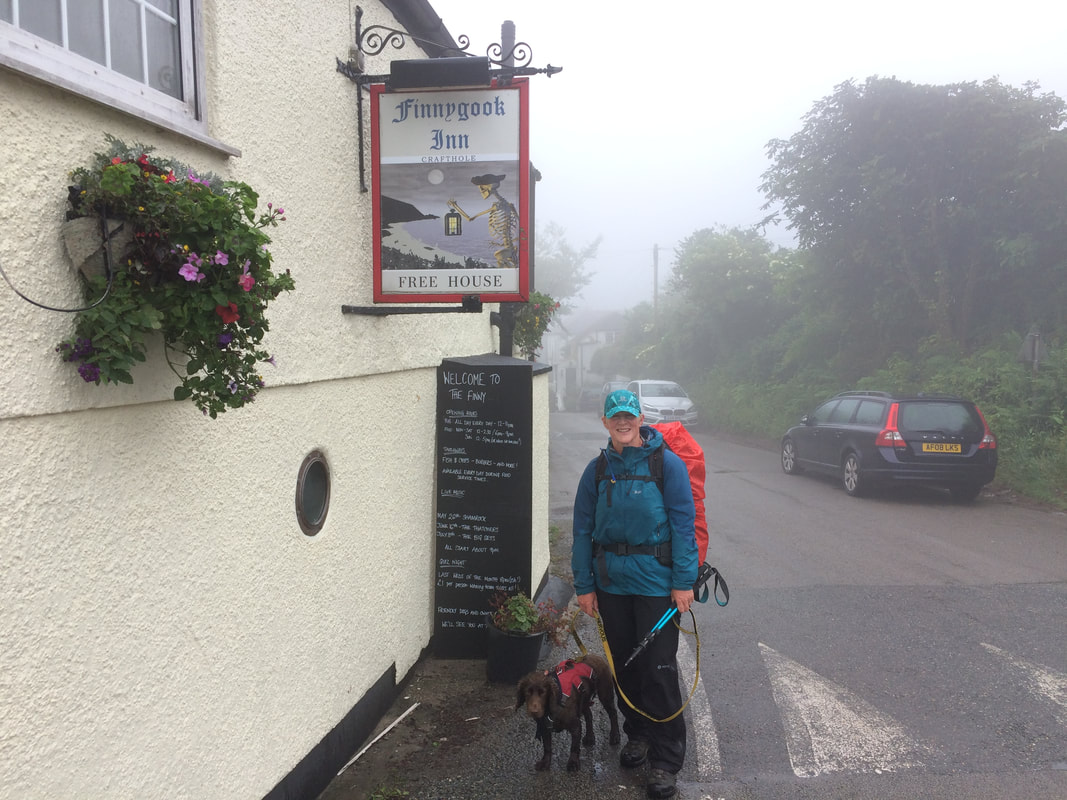