Good path to Grisedale Hause then vague path up to Seat Sandal Summit.  No path from Summit until fording Little Tongue Gill

​OL5 - The English Lakes - North Eastern Area
​If the above GPX file fails to download or presents itself as an XML file once downloaded then please feel free to contact me and I will send you the GPX file via e-mail.  ​ 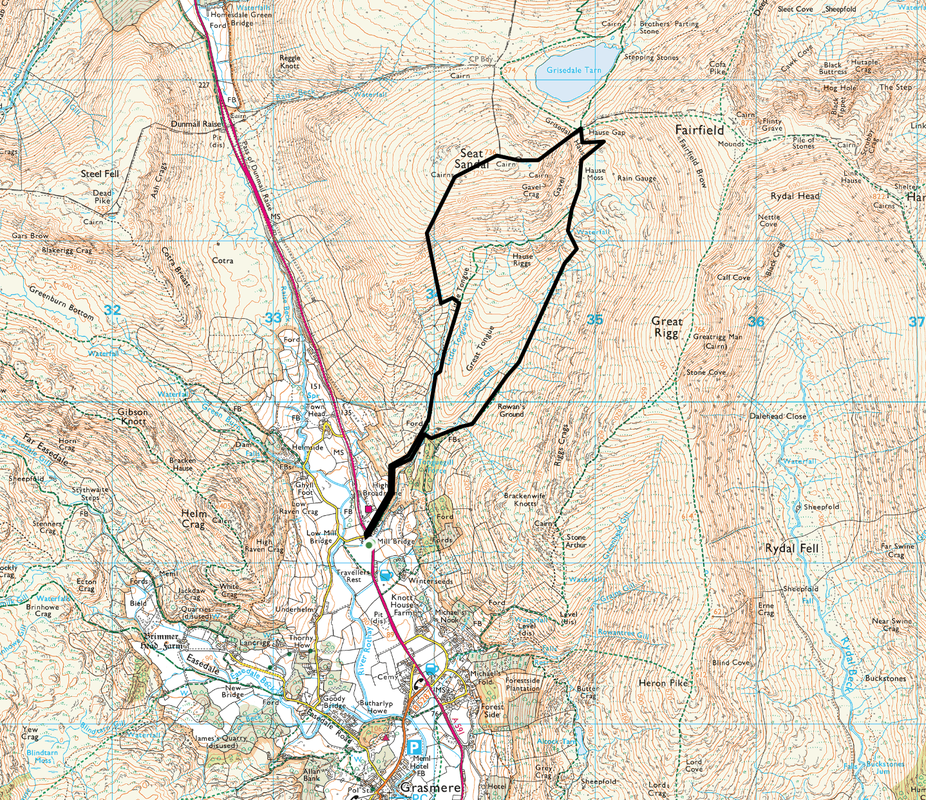 This was one of those walks where we could not be sure what the weather was going to do and in the end we had a real mixed bag today. Starting off at Mill Bridge we were walking in the sunshine and this continued until Hause Moss when all around us was snow. The walk up to Grisedale Hause via the right hand side of Great Tongue is one we know fairly well having walked this section on our Coast to Coast crossing in 2012. It is a lovely walk and we saw nobody all day. Once at Grisedale Hause it turned very cold and the scene was all white. The ascent of St Sunday or Fairfield, whilst inviting was strictly off limits for us today.

We turned left at the broken wall and made a tricky ascent in the snow to the top of Seat Sandal. No views as such but the summit was very picturesque and we made our way off to the South West to the other cairn and down pathless terrain to meet the intake wall near Little Tongue Gill. It was whilst making the descent that we had a fairly strong snow shower which lasted about 20 minutes before the weather changed to sunshine again.

it just goes to show that the Lake District is so unpredictable when it comes to guessing what the weather is going to do - we encountered some strange stuff today including a battering hail storm as we arrived back at the car.​ 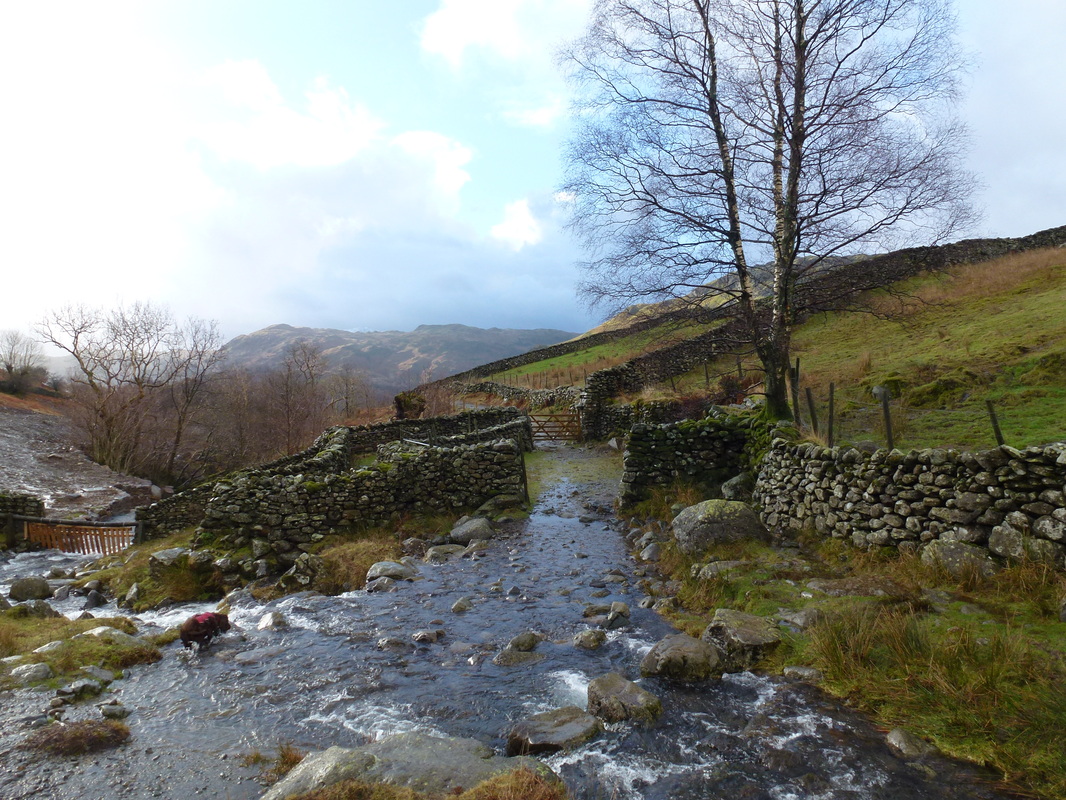 Looking back towards Grasmere 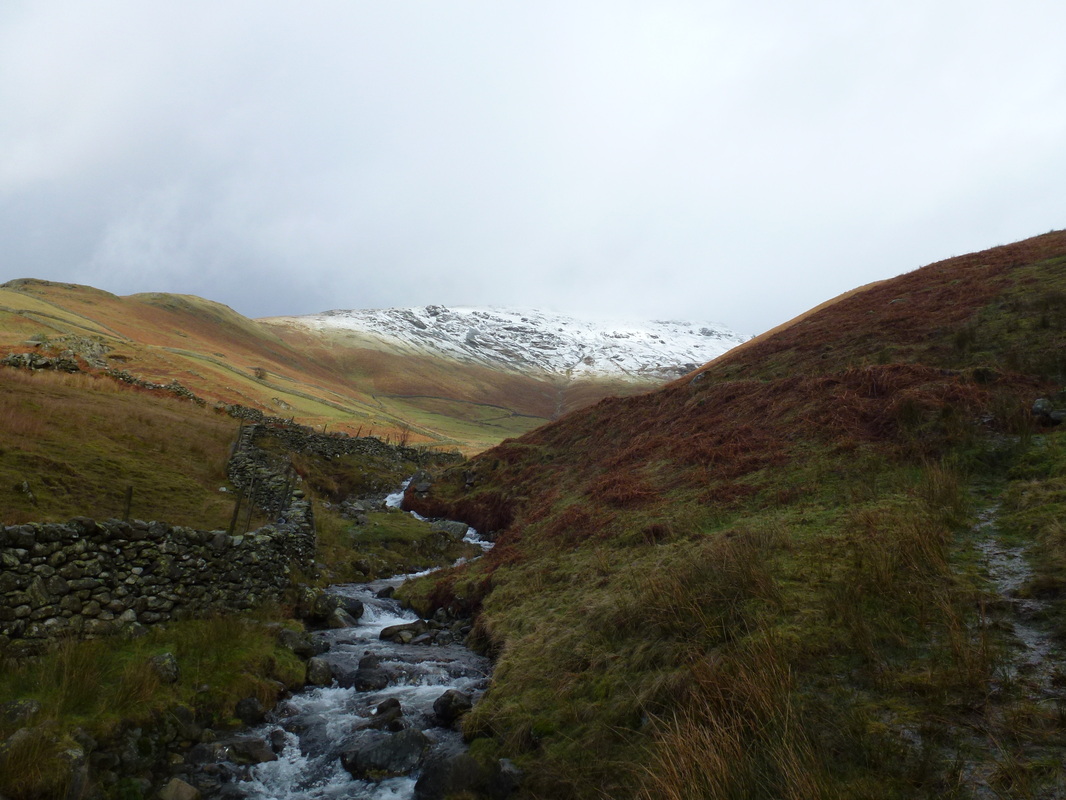 Little Tongue Gill and the slopes of Seat Sandal 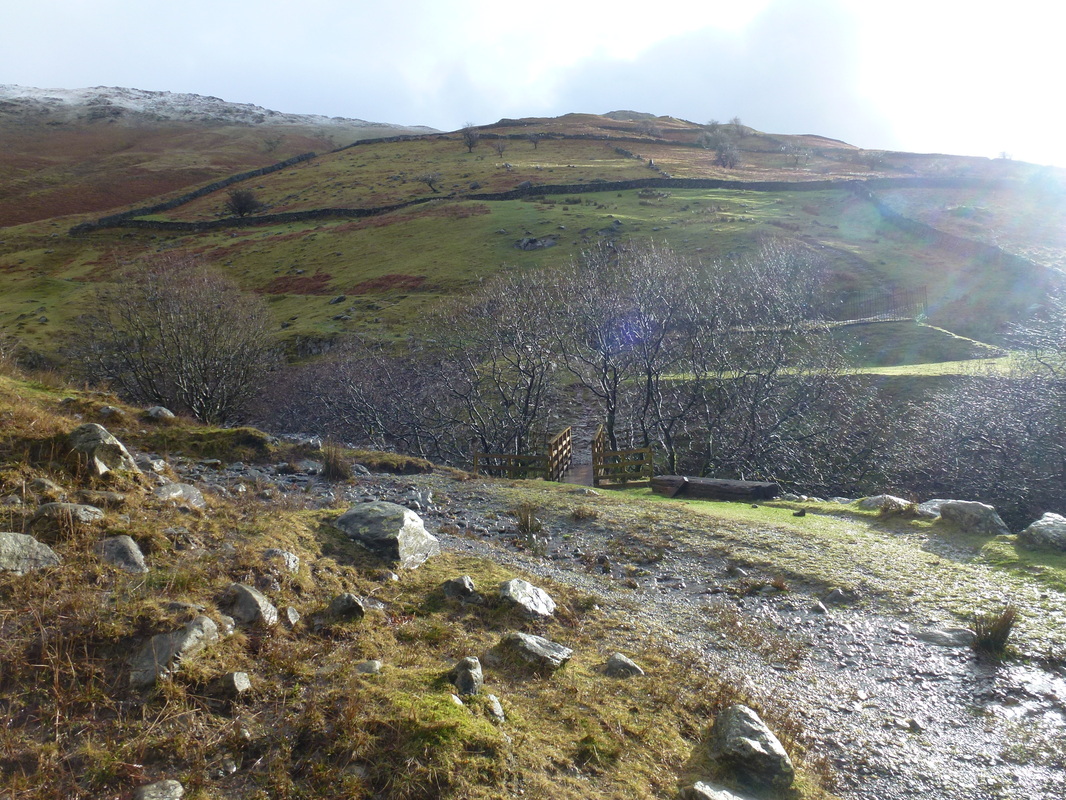 The footbridge over Tongue Gill 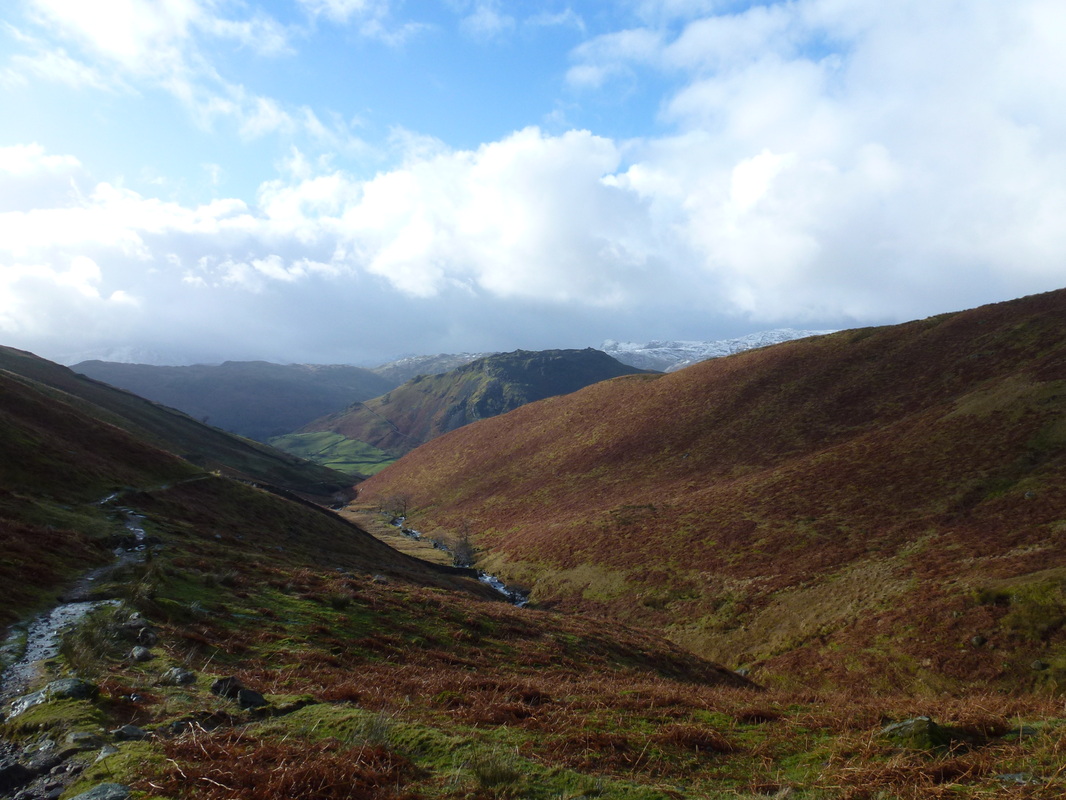 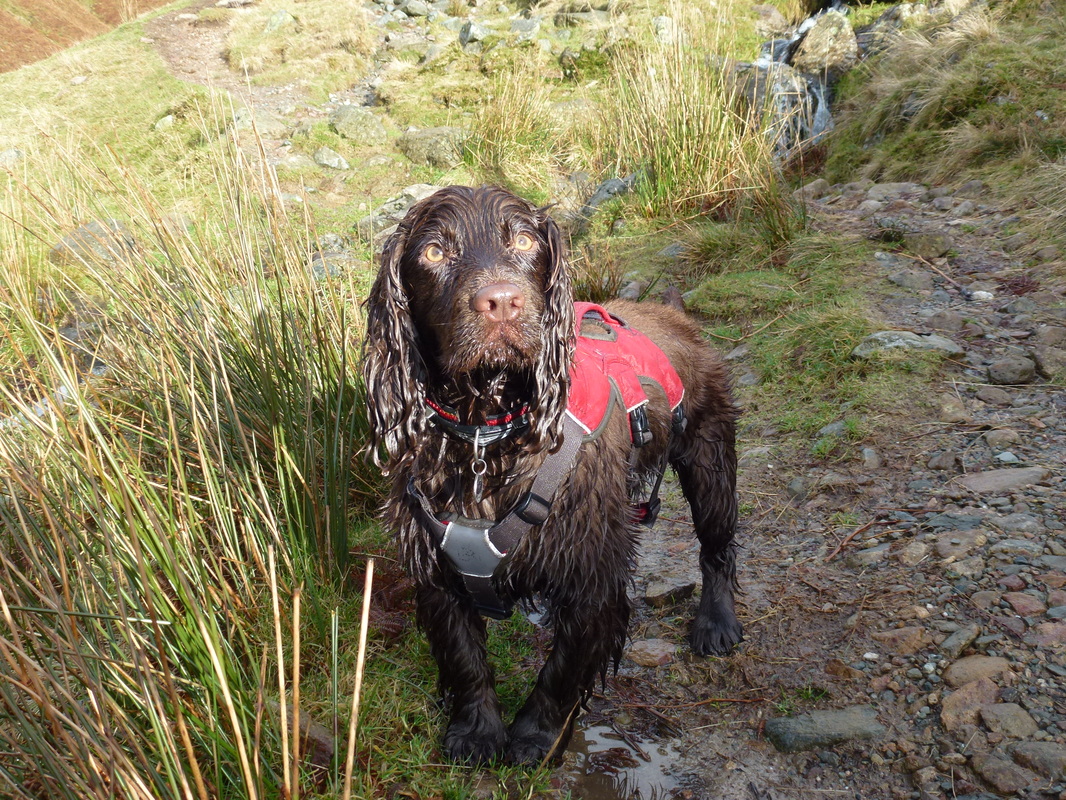 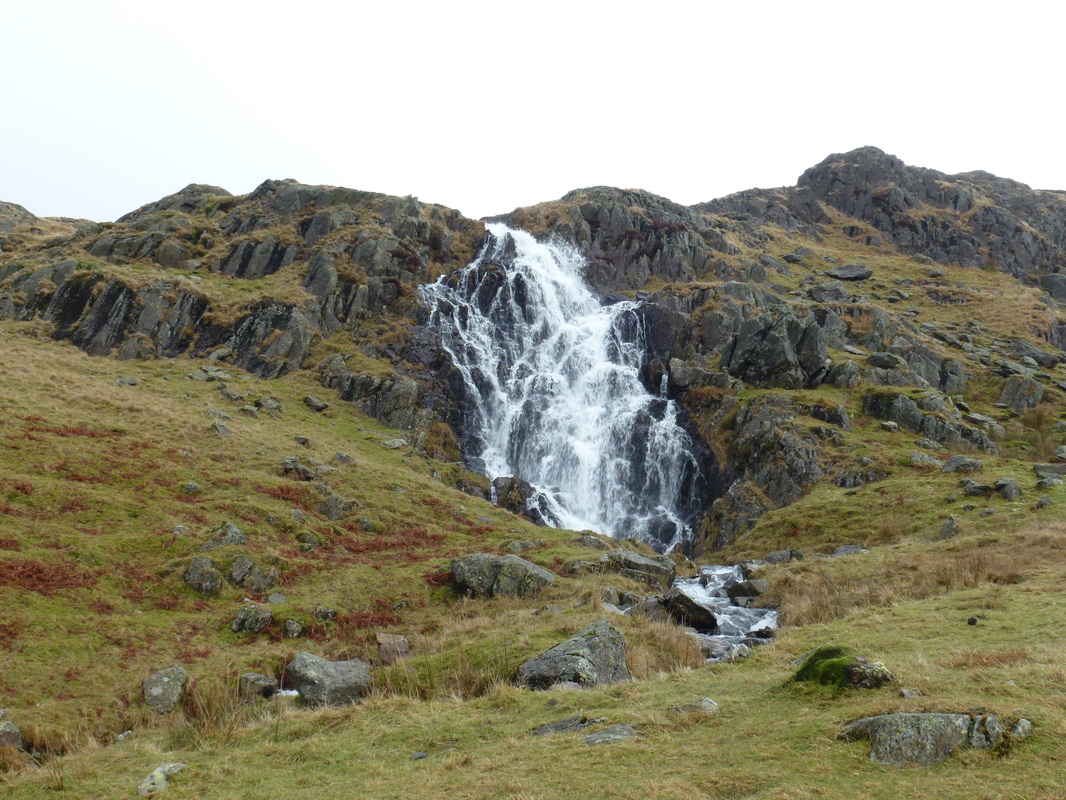 The Waterfall near Hause Moss 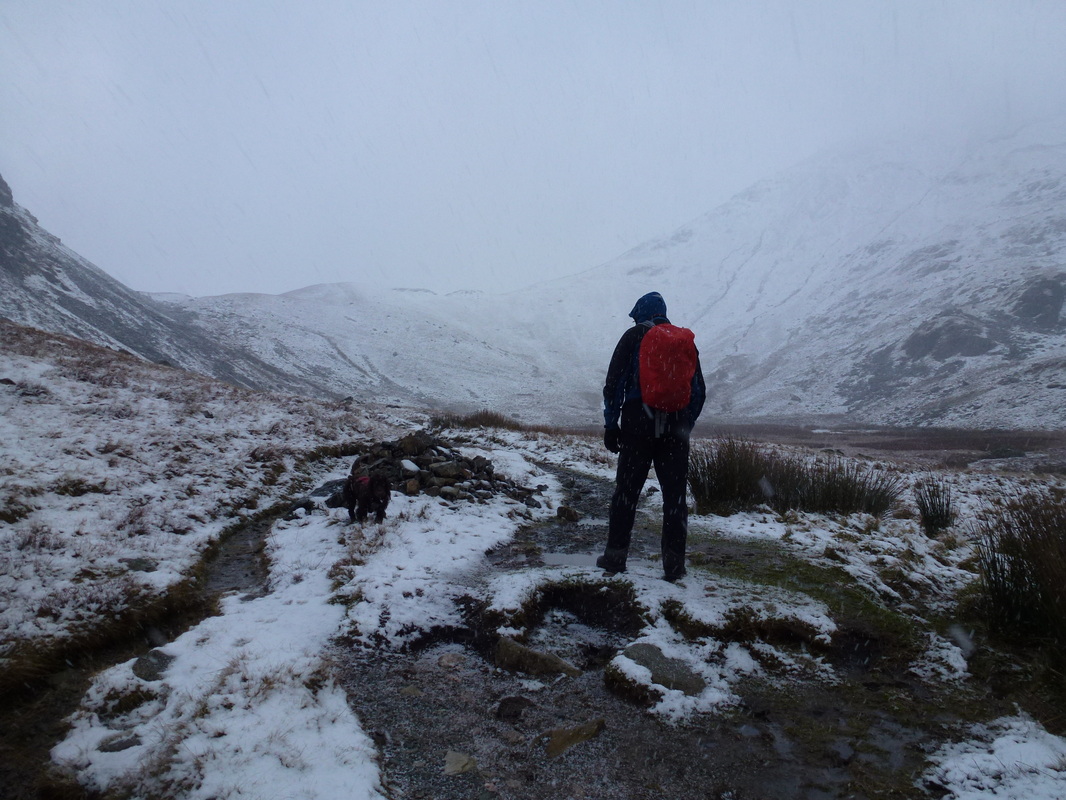 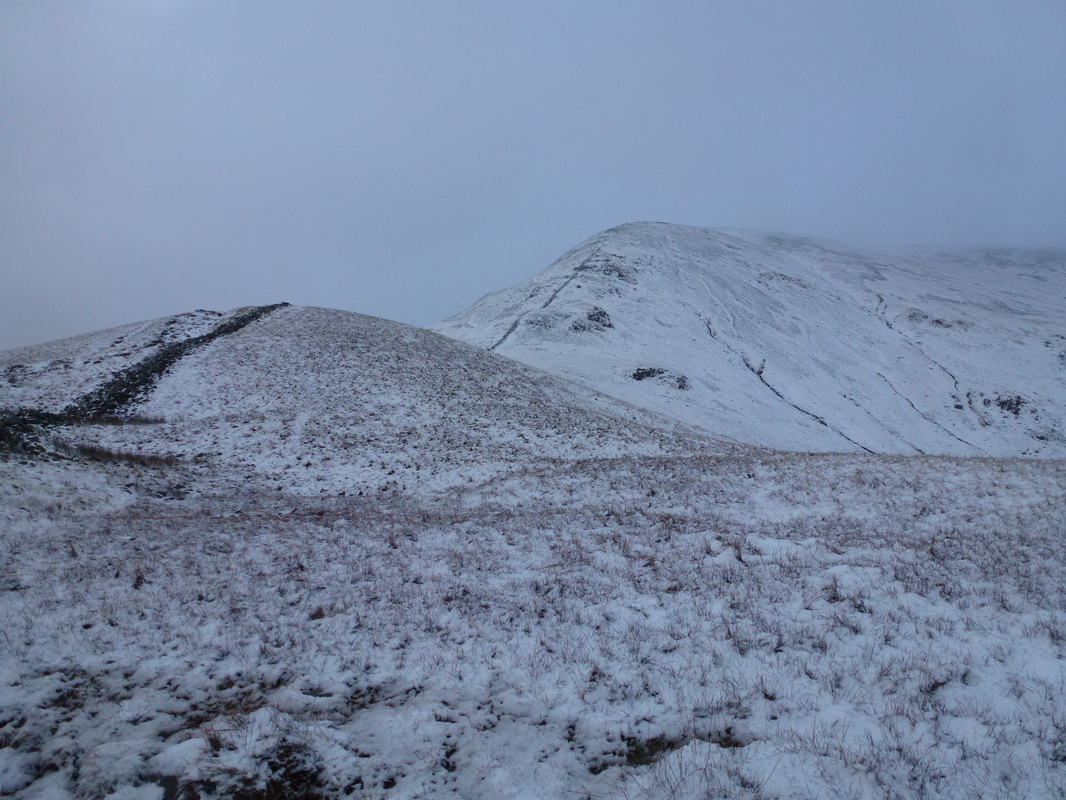 The path heading up to Fairfield 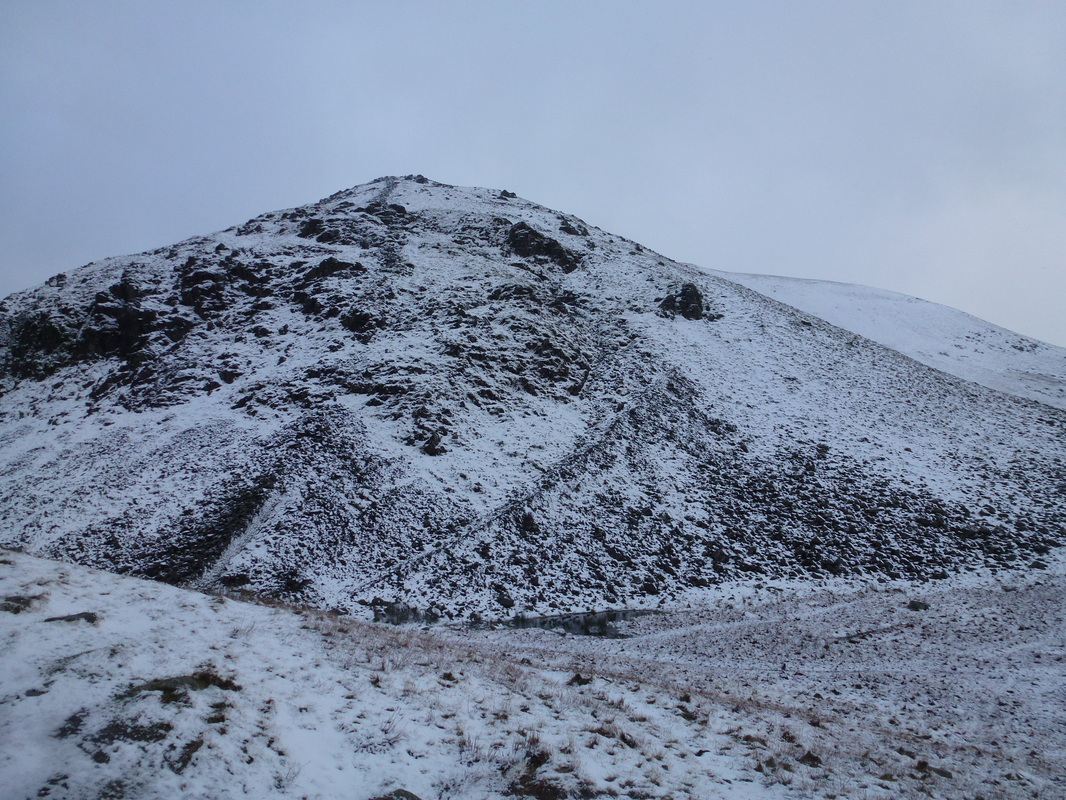 Our ascent route up Seat Sandal 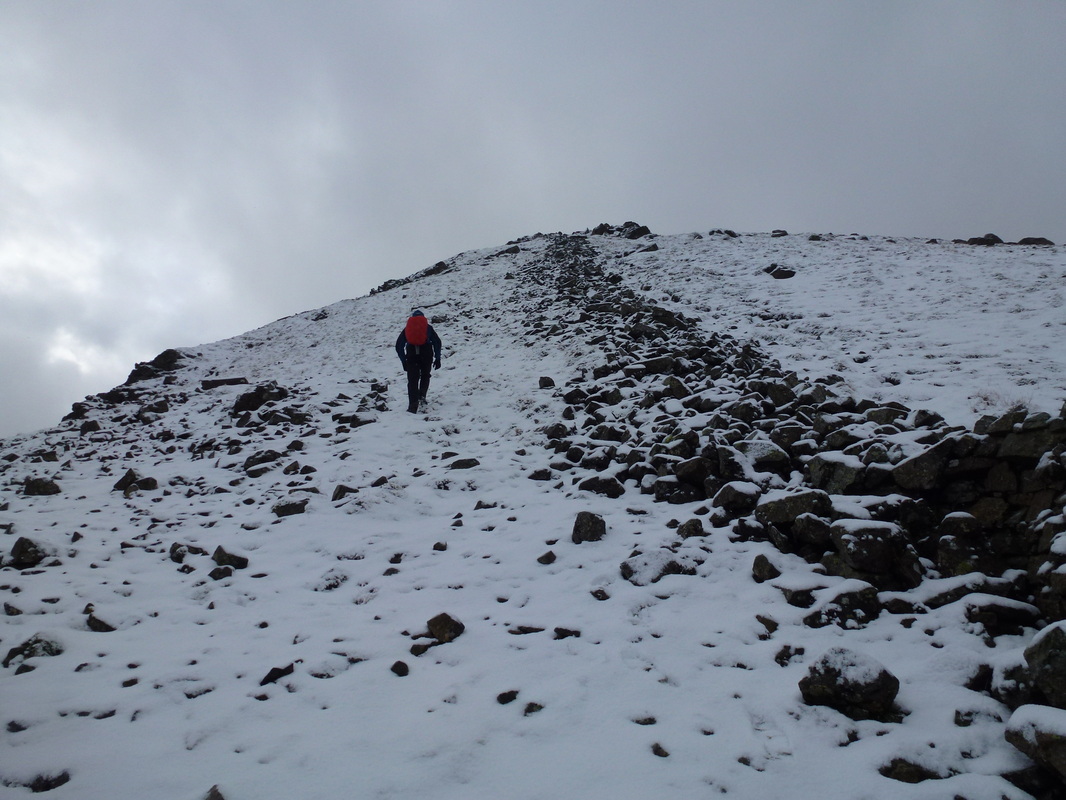 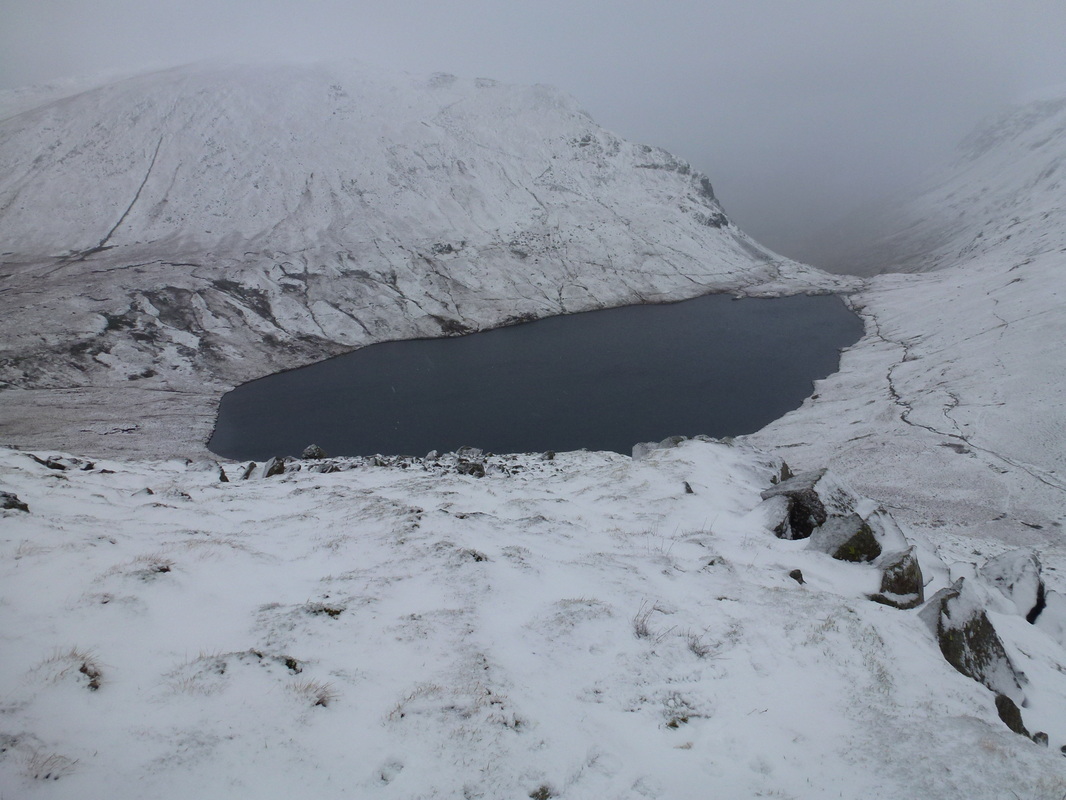 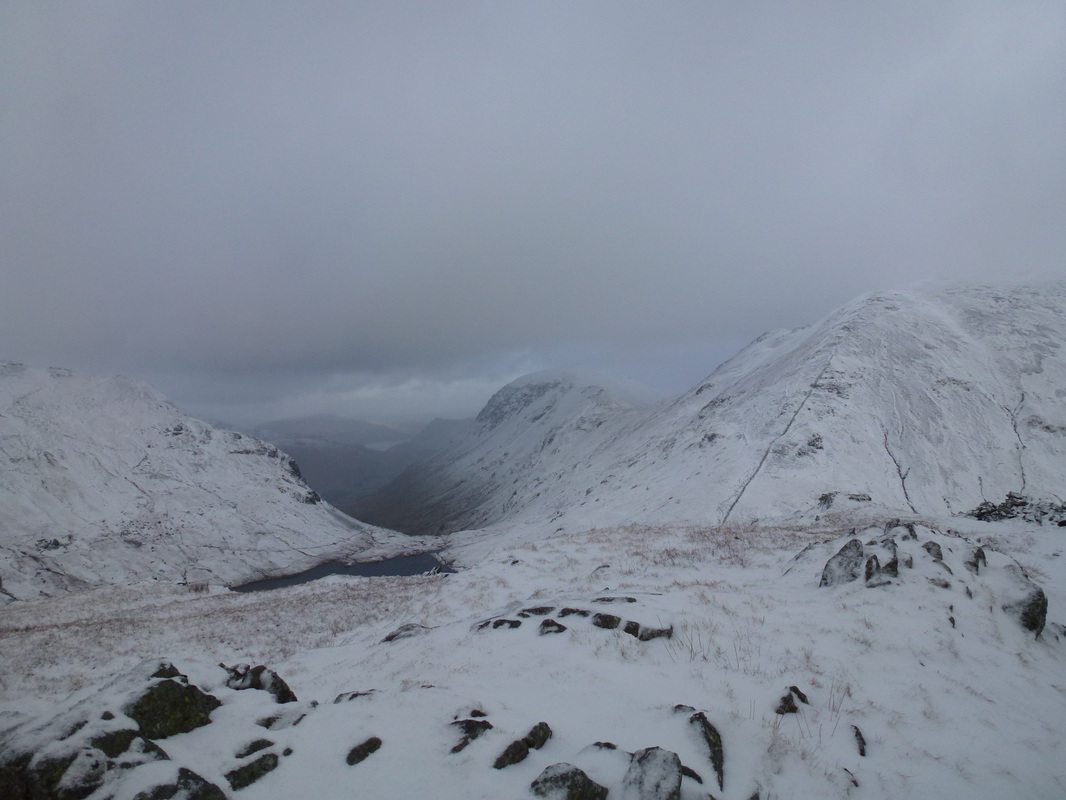 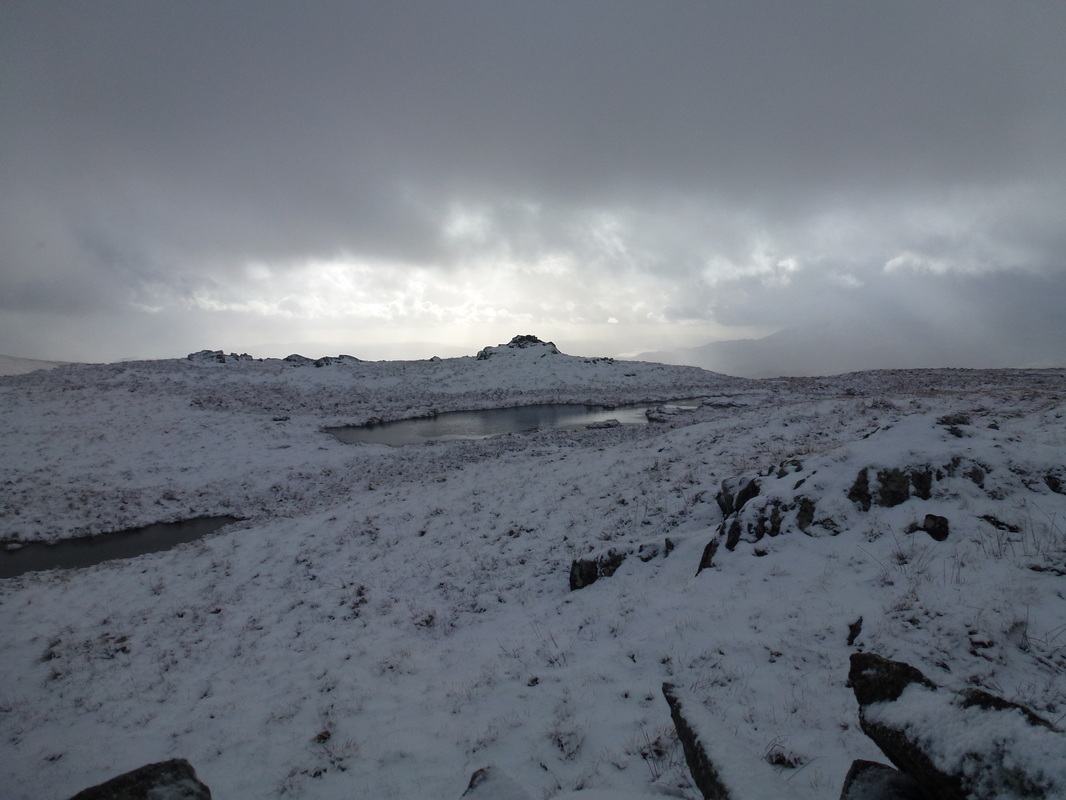 All is dark approaching the Summit of Seat Sandal 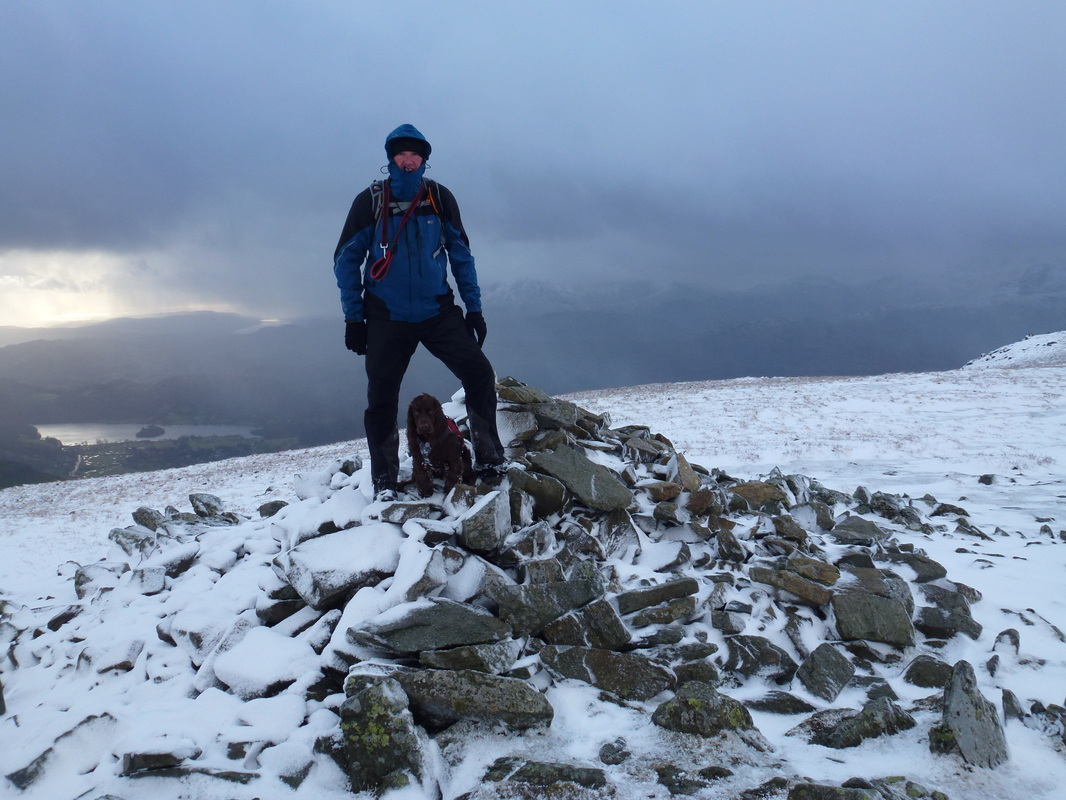 Dave & Fudge on the Summit of Seat Sandal 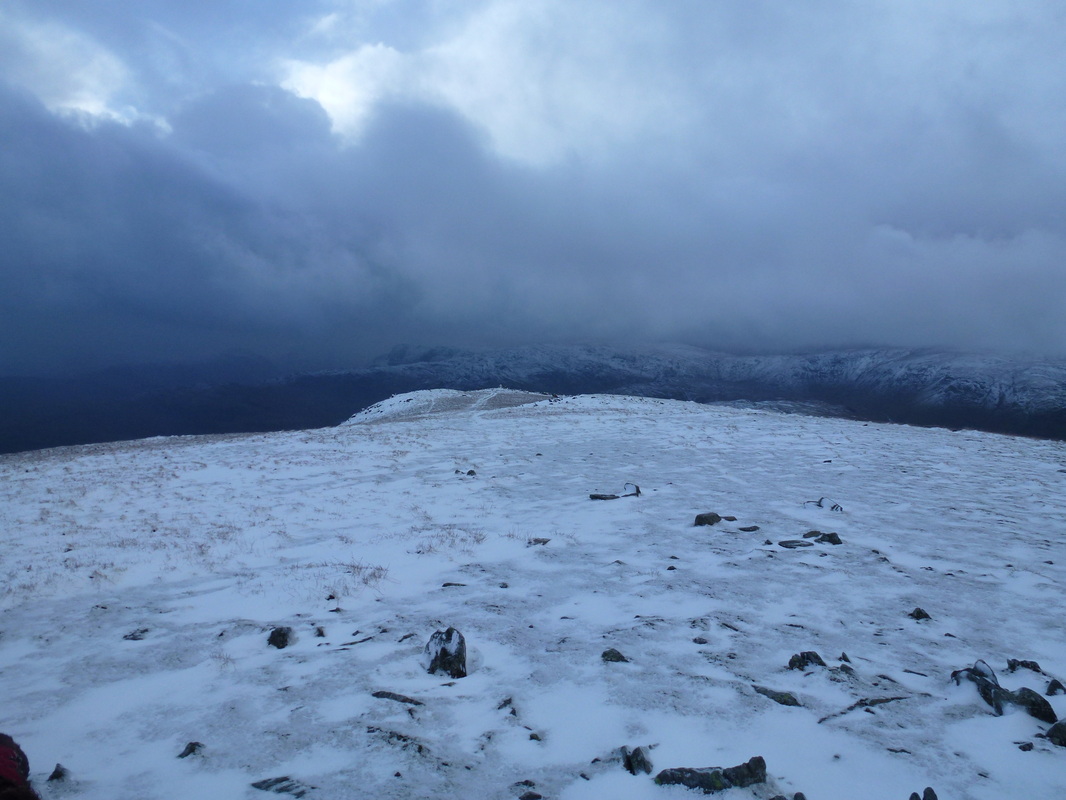 Our route of descent South West to the second cairn 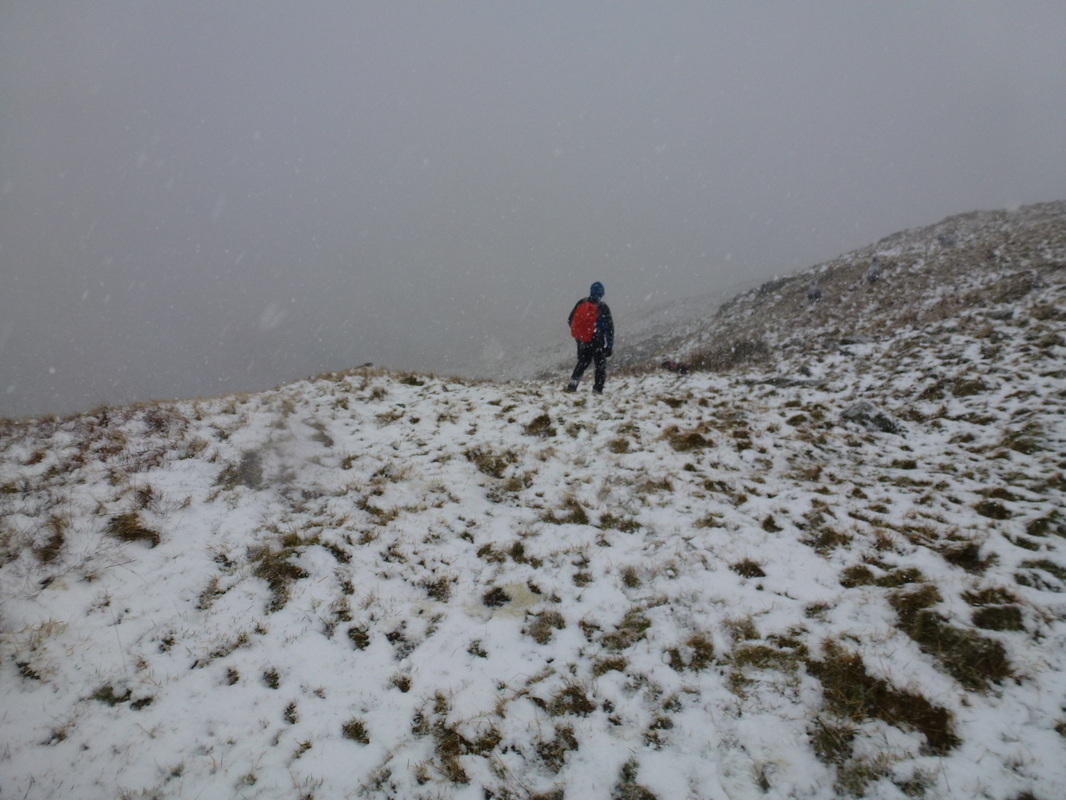 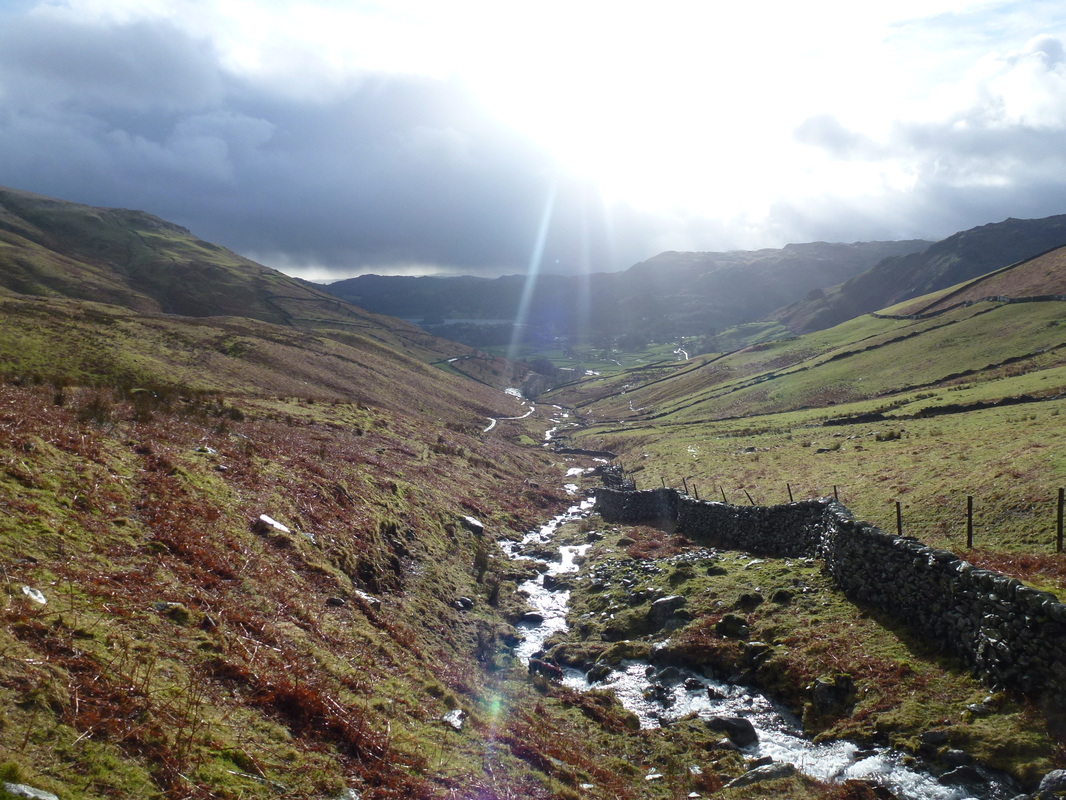