Plenty of parking in Hay on Wye

Good mountain paths throughout. The ascent to Hay Bluff is quite steep, particularly the first 400m but once this is negotiated, the remainder of the walk is basic ridge walking with some undulations. The descent to Llanthony is gradual.

Dry with sunny periods. Stiff breezes at times up on the ridge.

​​​​​Map
​
OL13 - Brecon Beacons National Park (Eastern Area)
​If the above GPX file fails to download or presents itself as an XML file once downloaded then please feel free to contact me and I will send you the GPX file via e-mail.  ​​ 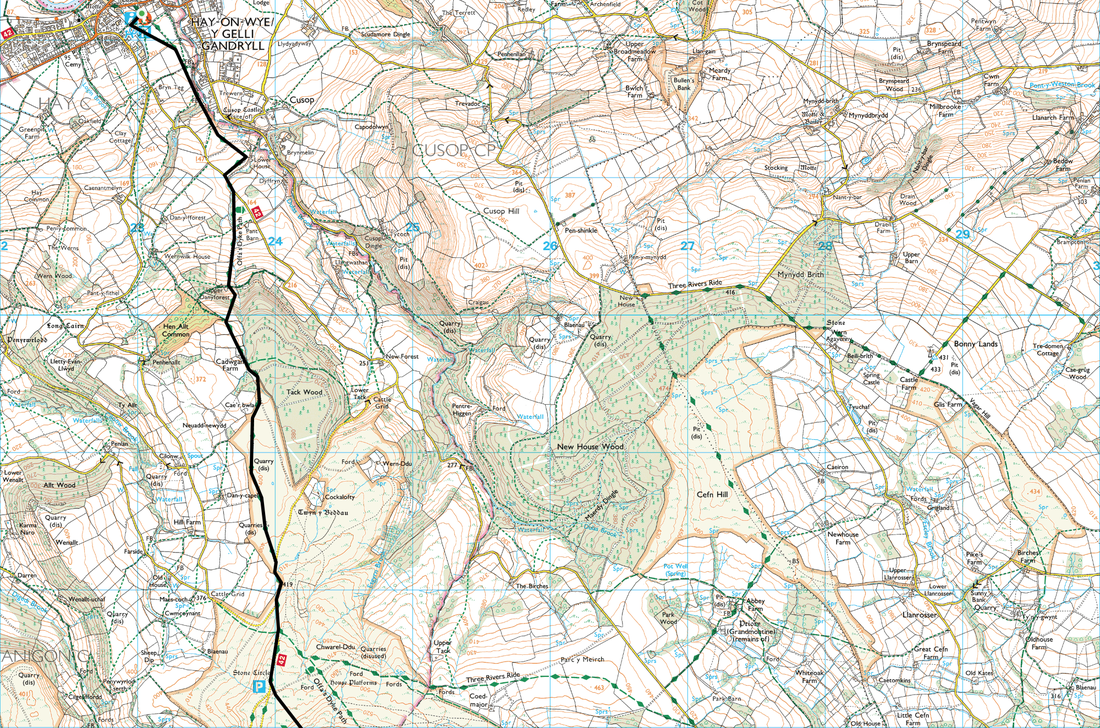 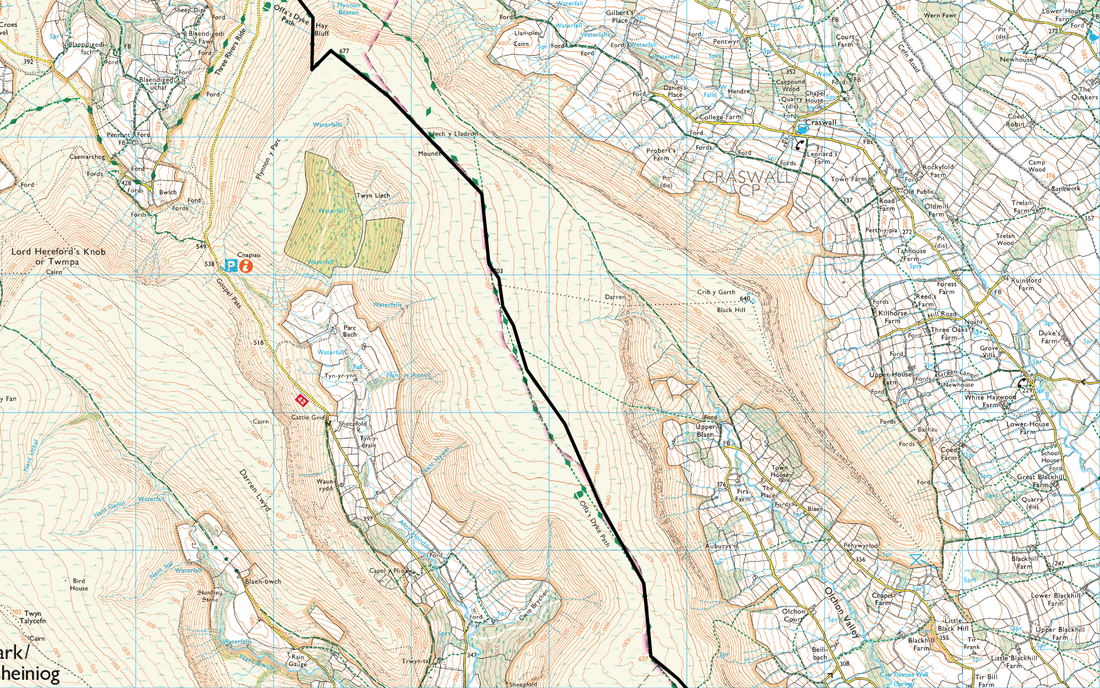 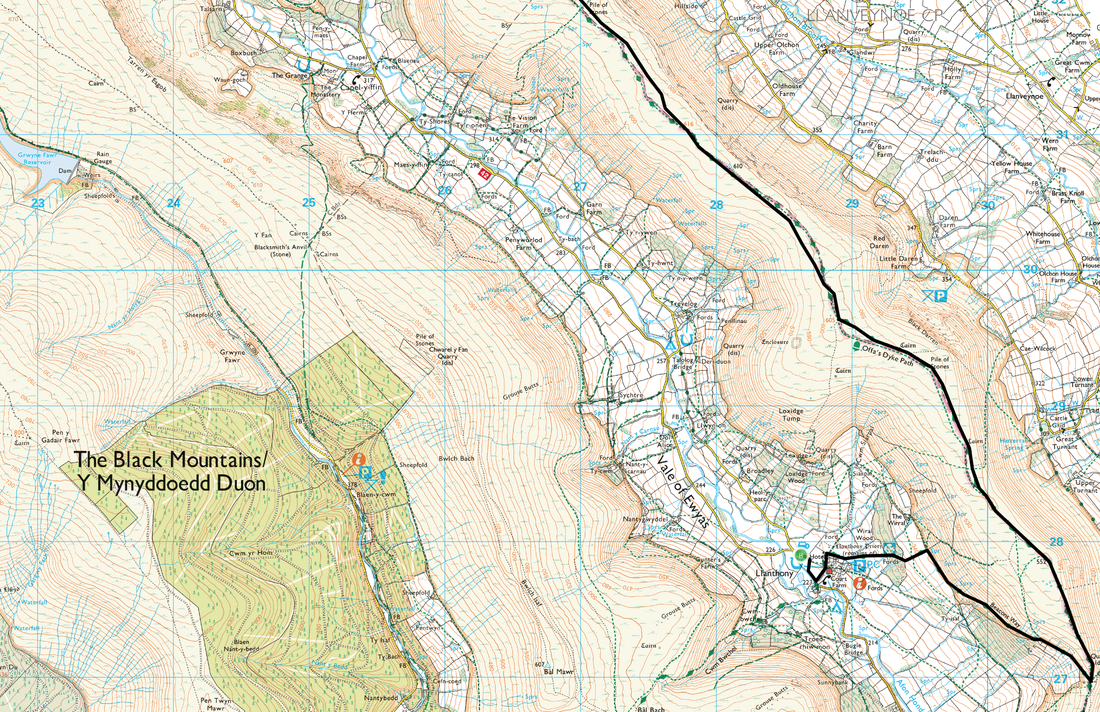 We normally do not need an excuse to get out in the mountains near to where we live but a friend of ours was requiring some Mountain Leader qualifying days therefore we arranged a 2 day circular walk for him in the Black Mountains. The walk started from the book capital of Hay on Wye and the first days route would see us follow the Offa's Dyke path via Hay Bluff, Black Mountain & Black Mountain South Top to meet the Beacons Way which would drop us into the small village of Llanthony. We had arranged to stay the night at The Half Moon Hotel for a very reasonable £40 each per single room plus breakfast - can't be bad!! Generous packed lunch at a fiver too. http://halfmoon-llanthony.co.uk. The following day would see us return to Hay on Wye via the opposite ridge to visit Bal Mawr, Chwarel y Fan, Rhos Dirion, Twmpa and a second visit to Hay Bluff. All in all the weather was looking promising for the two days - only Dave out this time as logistically it was too difficult to take Fudge (he'll get over it).

The Black Mountains are a group of hills that spread themselves across Powys and Monmouthshire in the south eastern area of Wales. They are the eastern most of the 4 ranges of hills that comprise the Brecon Beacons and are frequently confused with the western most that is known as the Black Mountain. They are easily accessible from Abergavenny, Hay on Wye, Llangorse, Talgarth & Crickhowell. That being said, I have been amongst these hills many, many times and it never ceases to amaze me how quiet they are.

Leaving Hay on Wye the route passed through undulating farmland to eventually reach the Stone Circle below Hay Bluff. From here there is a steep ascent to reach a sloping path that eases in gradient to arrive at the top of the Ffynnon y Parc ridge. The path then switches back on itself and the summit of Hay Bluff is soon reached. From the summit a clear path heads away in the distance to the South East to eventually reach the spot height summit of Black Mountain. Shortly after the summit we bumped into Will, an Army Officer in the Intelligence Corps who was also staying at the Half Moon Inn that night and was doing the walk in the opposite direction to us. After a brief chat and some Inter Service mickey taking, we promised to meet for a beer later.

Whilst it was a bit chilly on the top of the ridge, the excellent visibility we were afforded today more than made up for this minor discomfort. We soon arrived at Black Mountain South Top and carried on along the ridge where it was soon readily apparent that a fair amount of path maintenance was going on - judging by the amount of large stone and aggregate dotted about in white bags. There are several escape routes off the ridge should the weather change and these were passed at regular intervals until we reached the junction with the Beacons Way. Here we joined a gently descending path down to Llanthony and the beautiful Priory soon came into view, as did our welcome digs for the night.

After checking in with Lynda & Steve, it was time for a quick shower and to then repair to the bar for a well deserved few beers and food. We were soon joined by Will who had enjoyed a long but tiring day himself. Apart from a brief visit by a Farmer who announced he had been milking goats all day we were the only custom that night. After a fantastic day on a superb ridge, sleep came very easy that night. 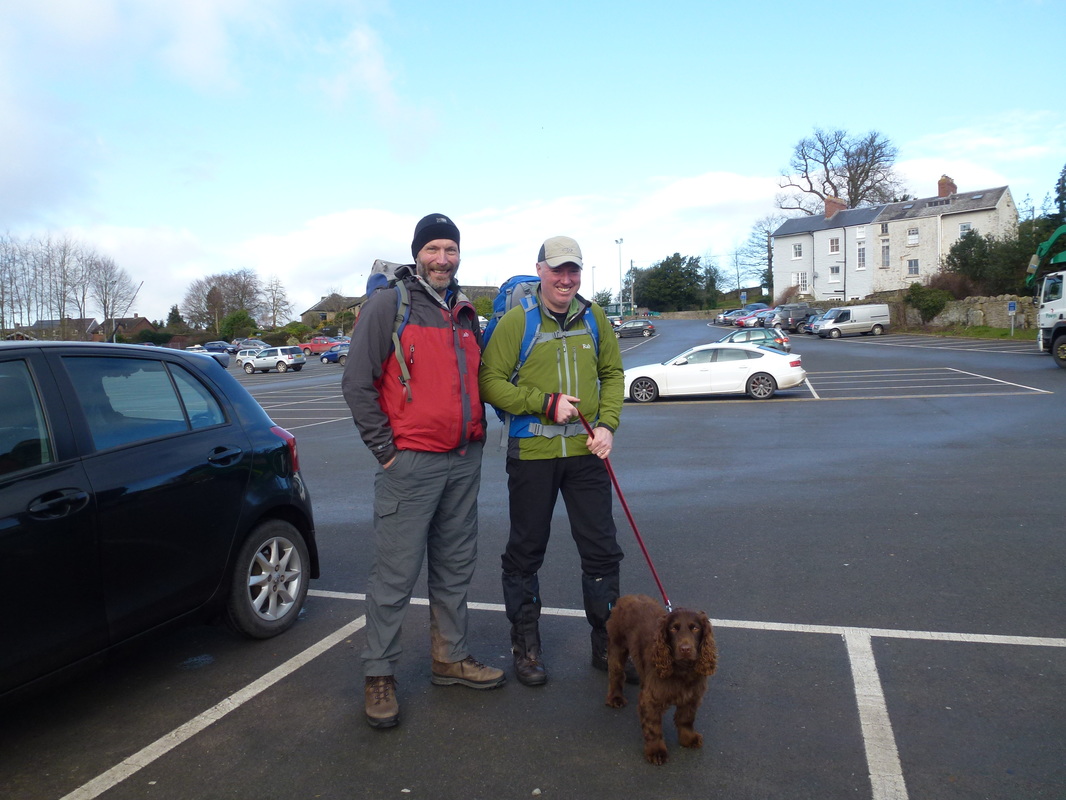 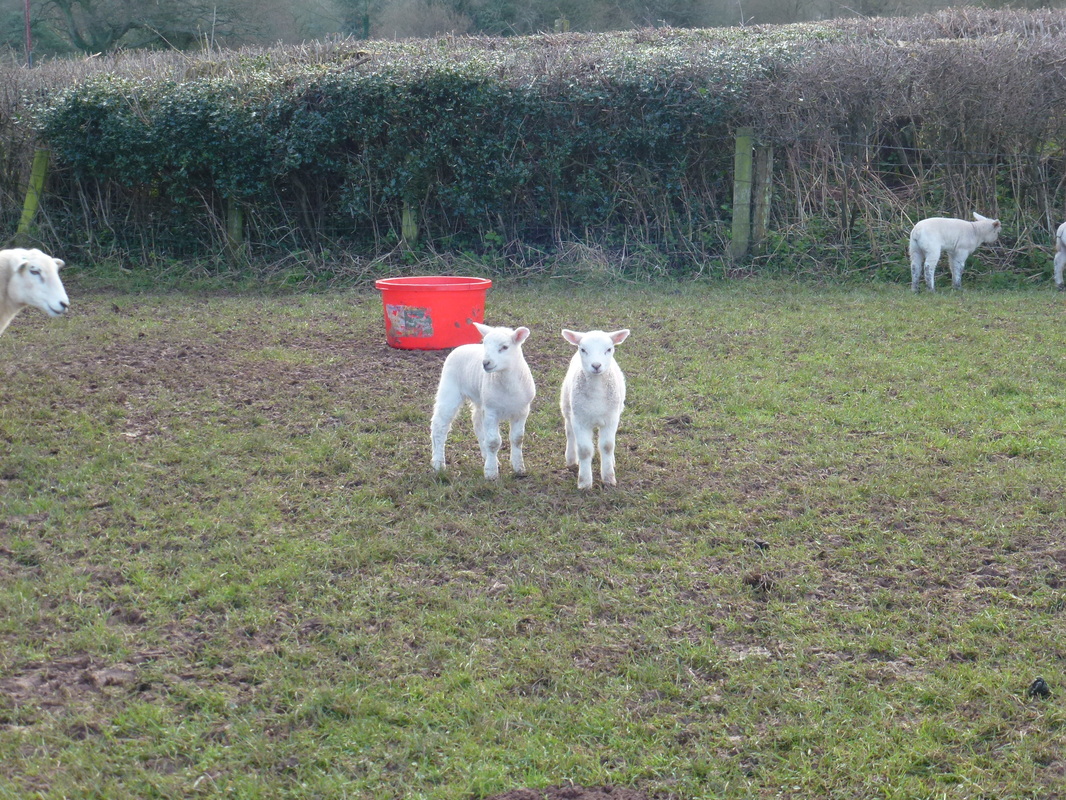 Spring Lambs in Hay on Wye 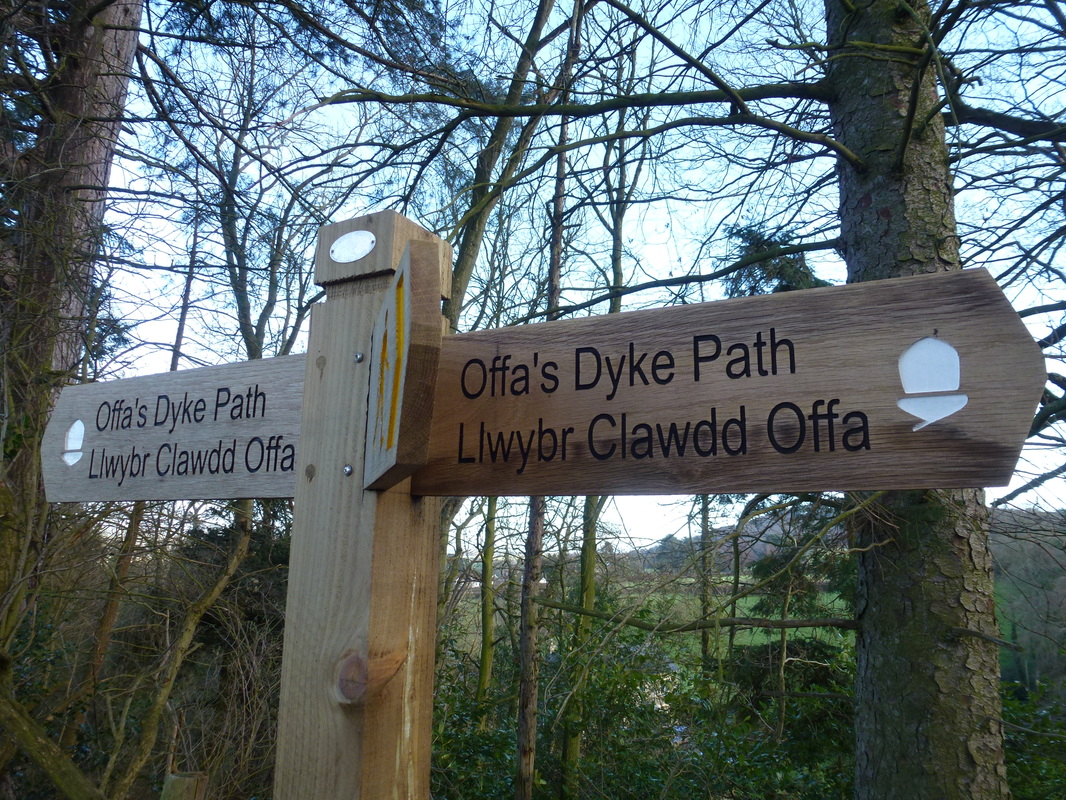 Most of the route today would follow the Offa's Dyke Path 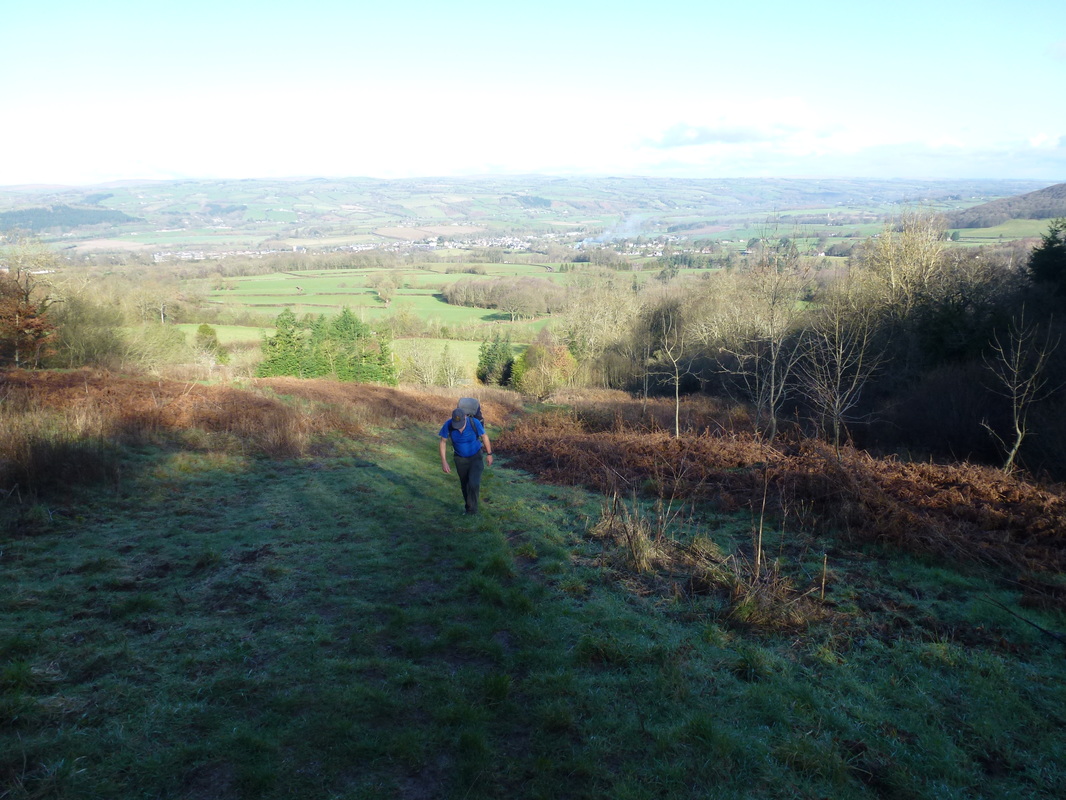 Heading steeply out of Hay on Wye which provides the backdrop 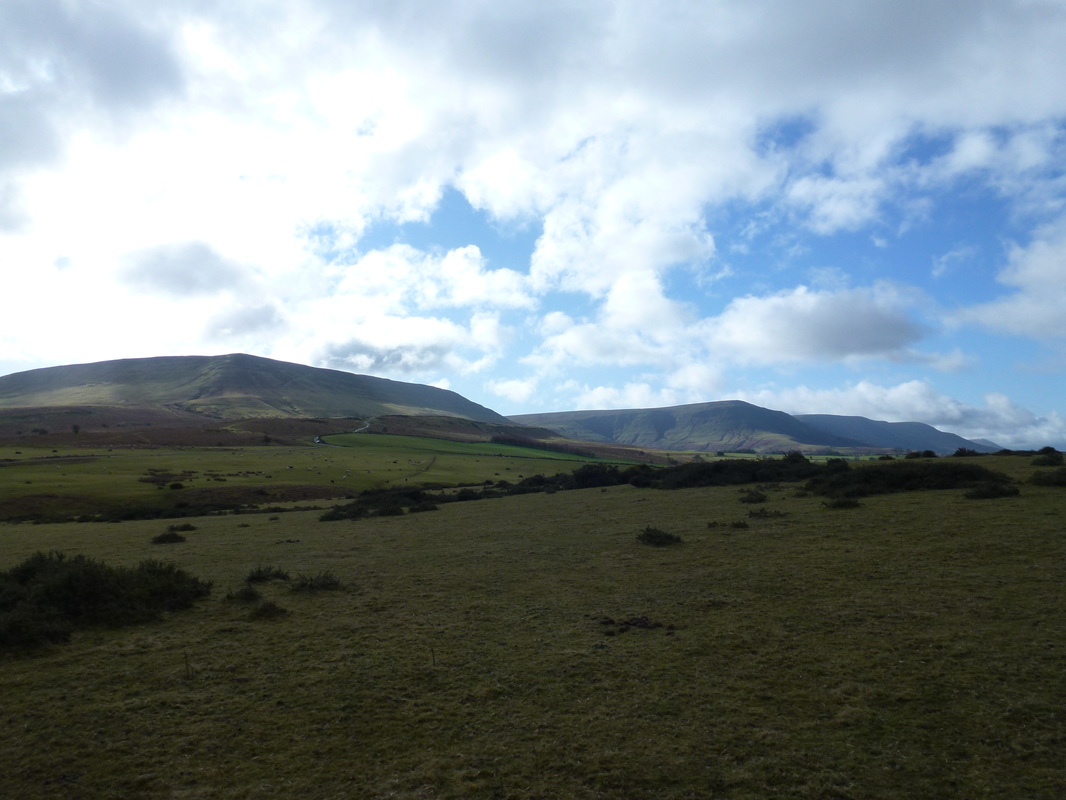 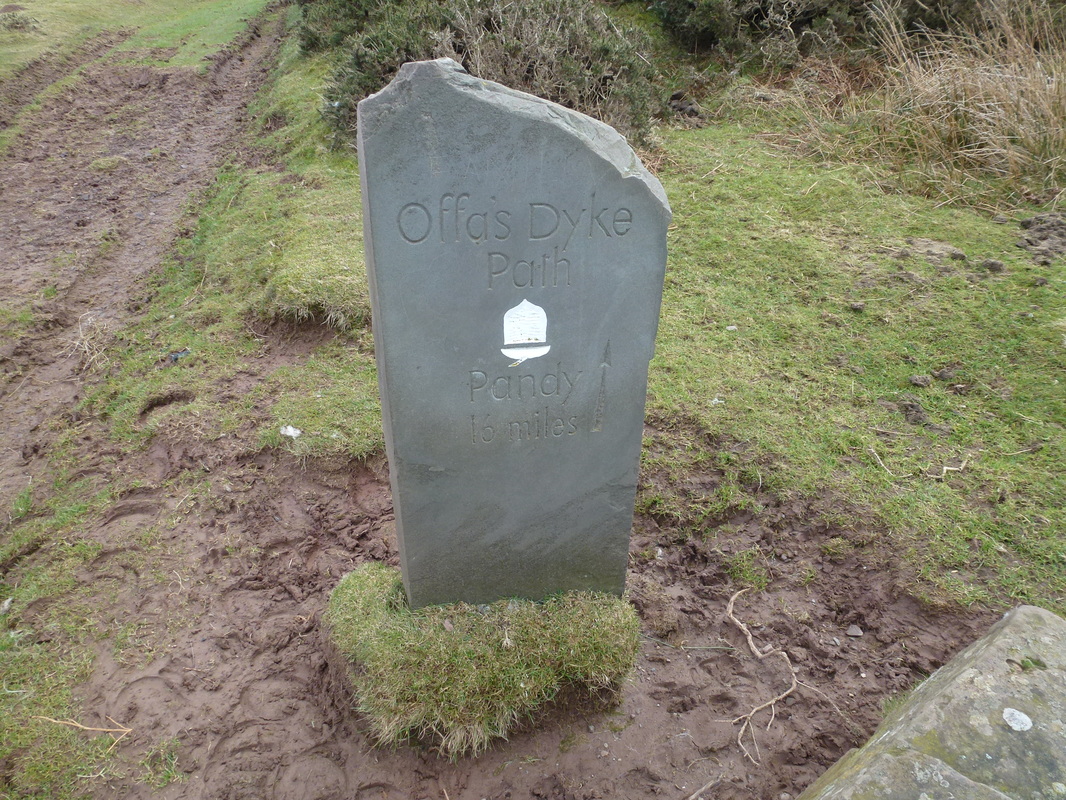 The attractive sign near the Stone Circle below Hay Bluff 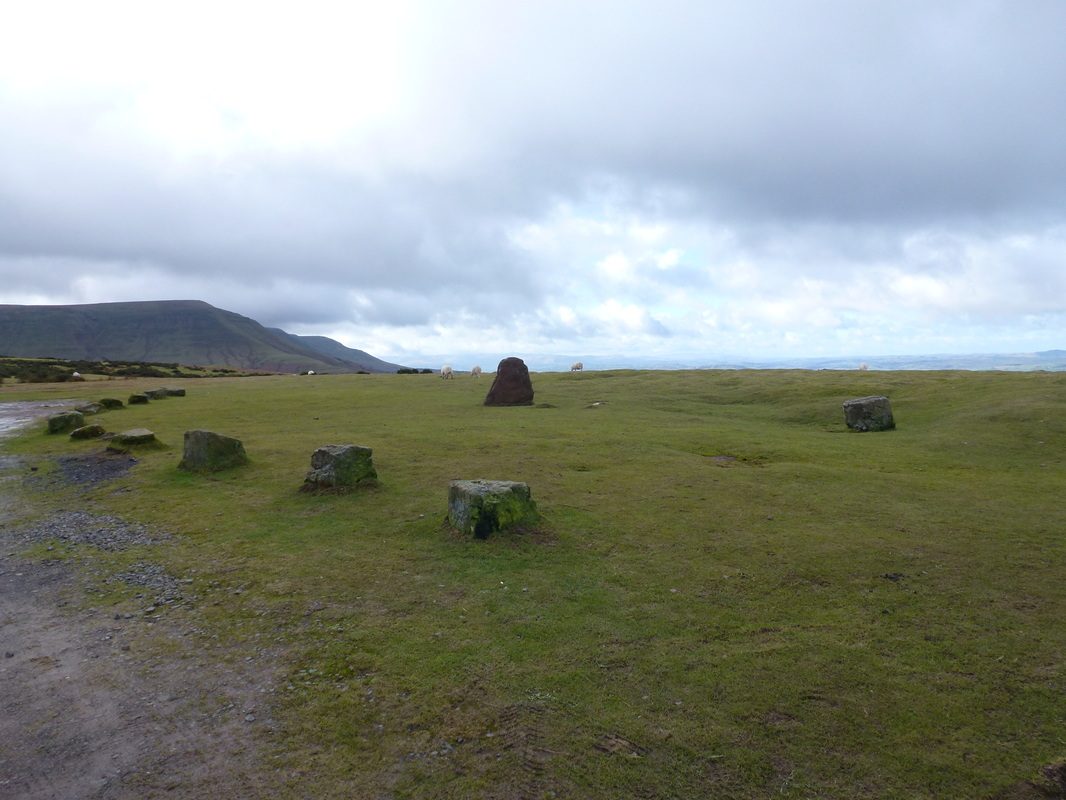 The Stone Circle below Hay Bluff 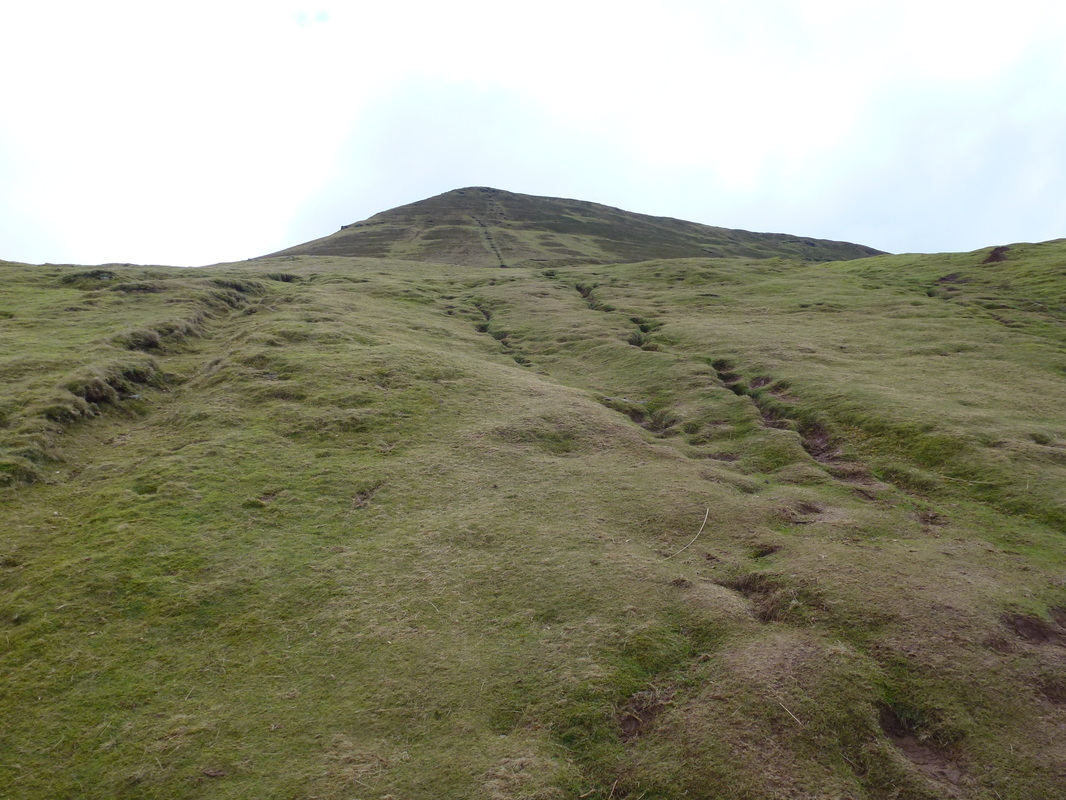 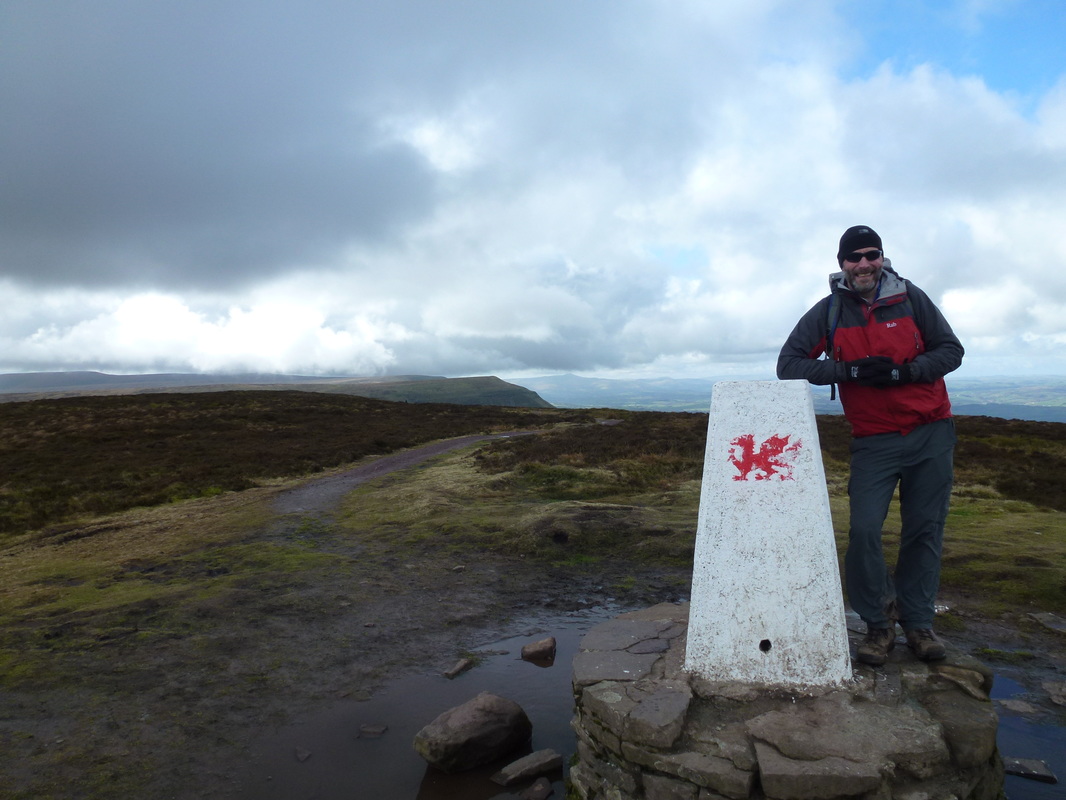 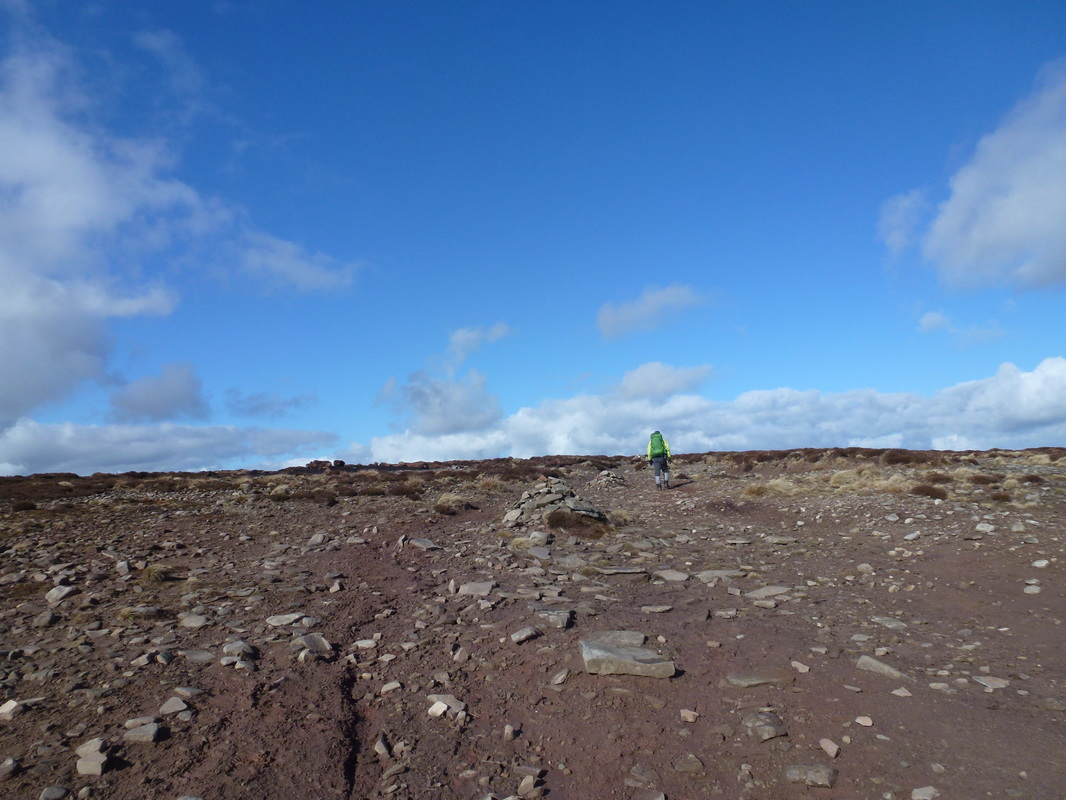 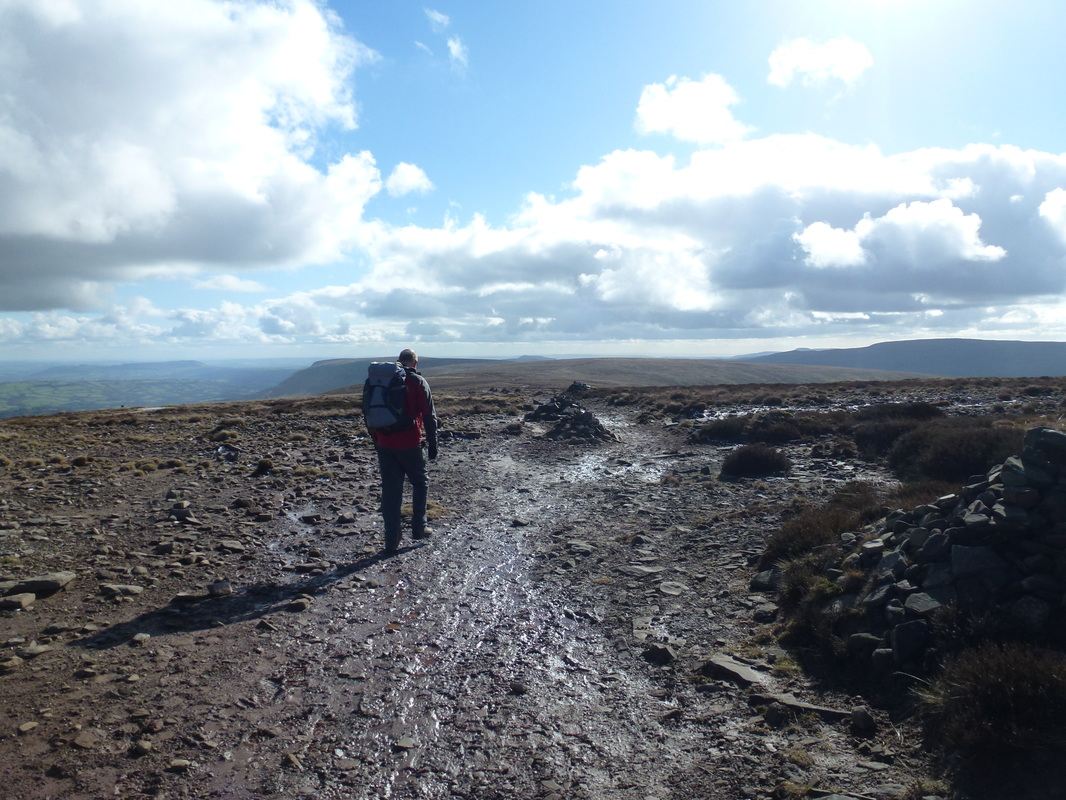 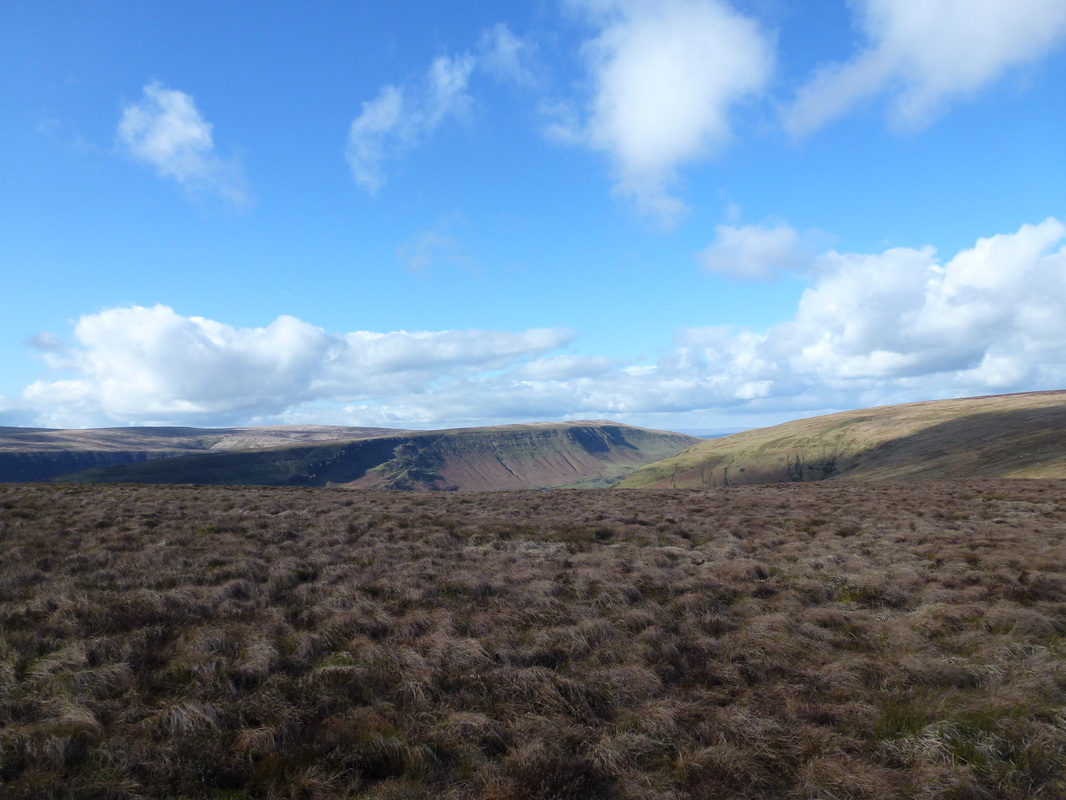 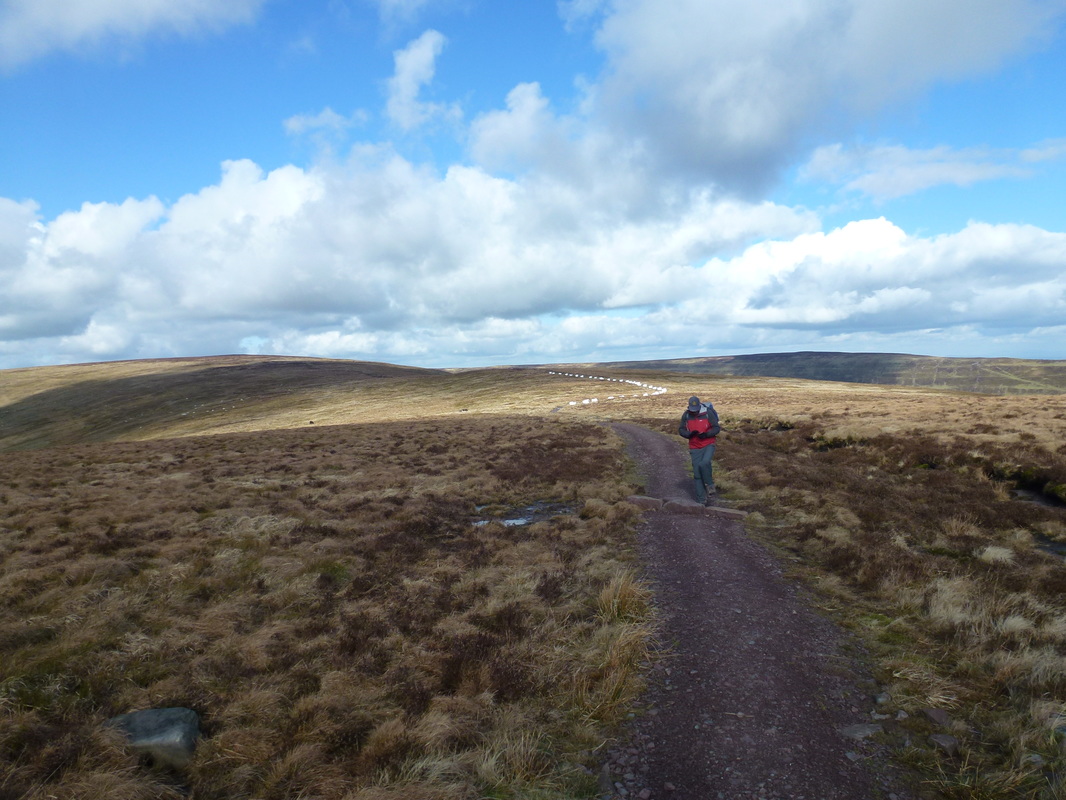 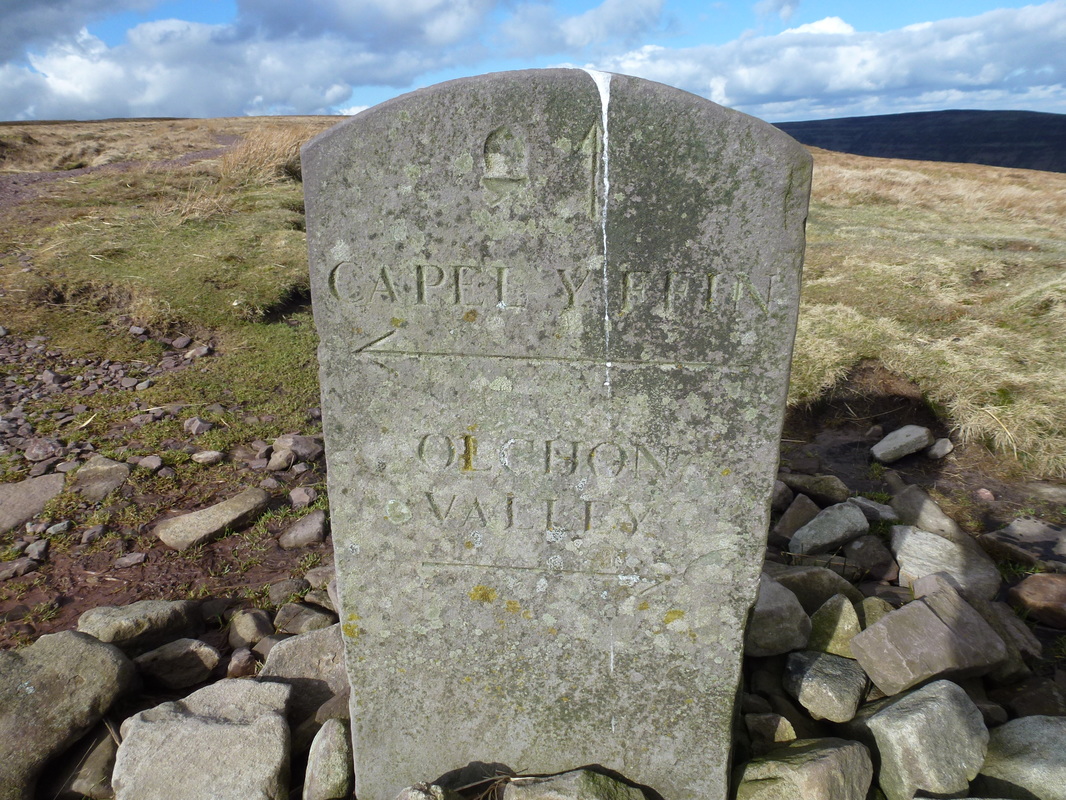 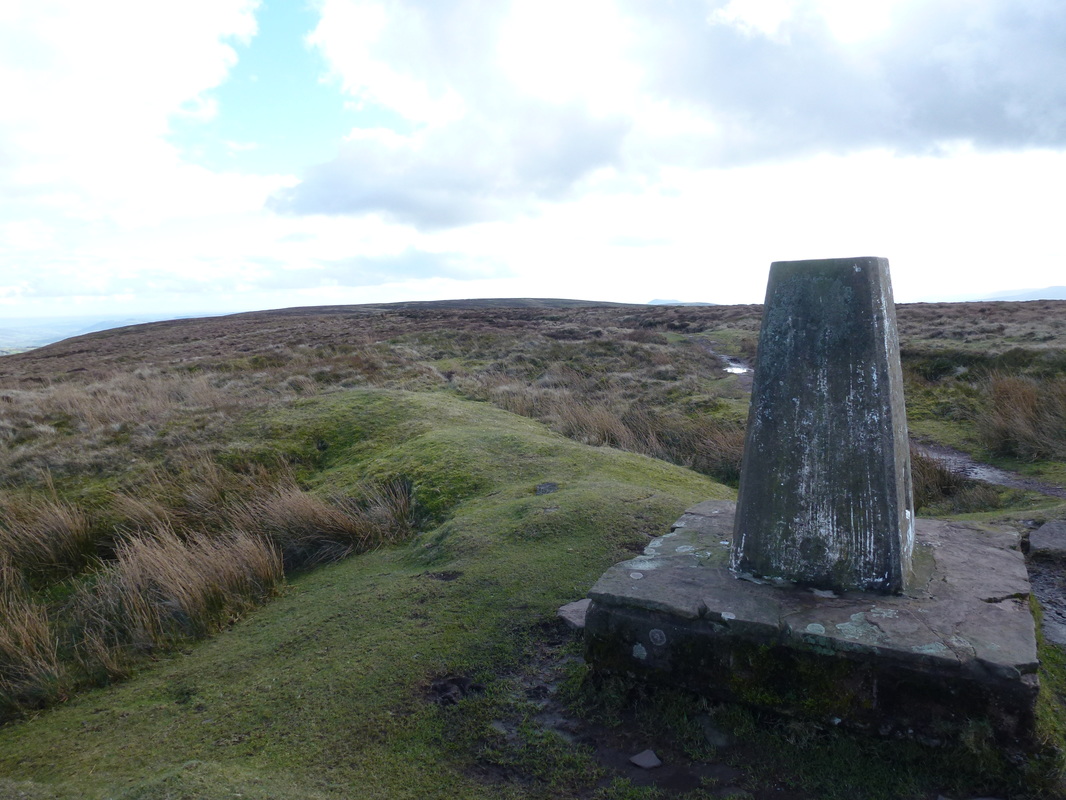 Further along the ridge to the first of two Trig Points 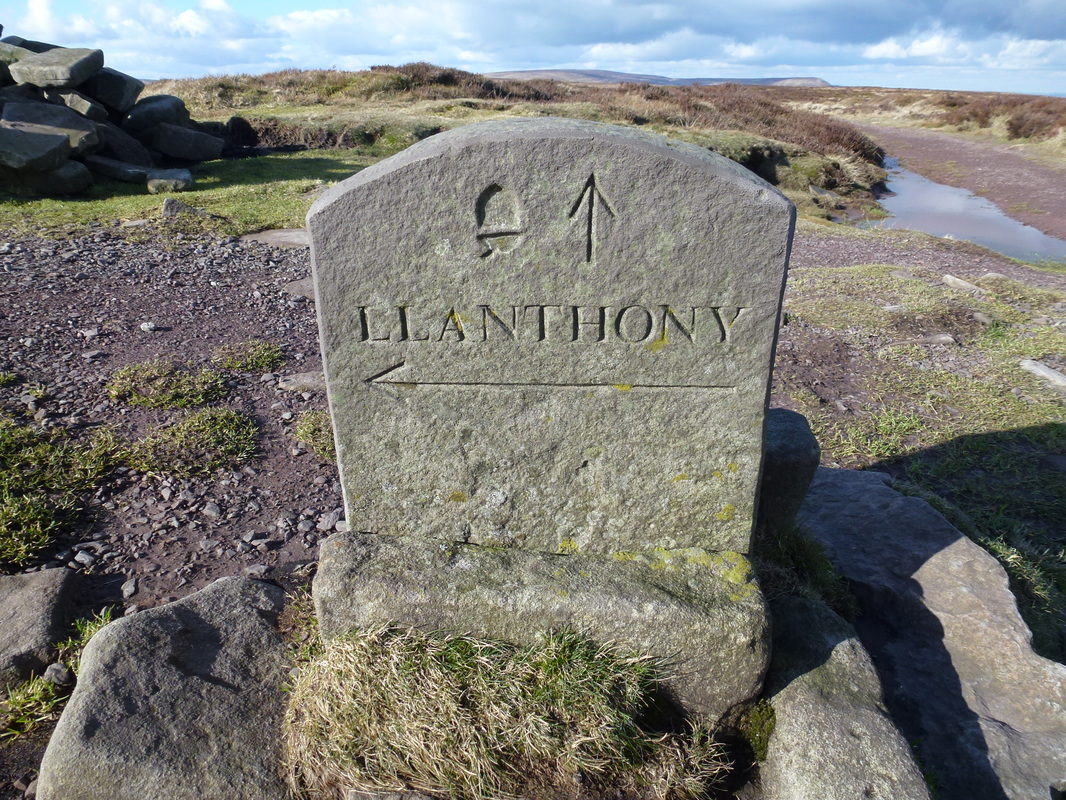 There were two routes of descent open to us - this was the first which would have taken us down to Llanthony via Loxidge Tump.
We chose to remain on the ridge in order to drop down via The Beacons Way a bit further on. 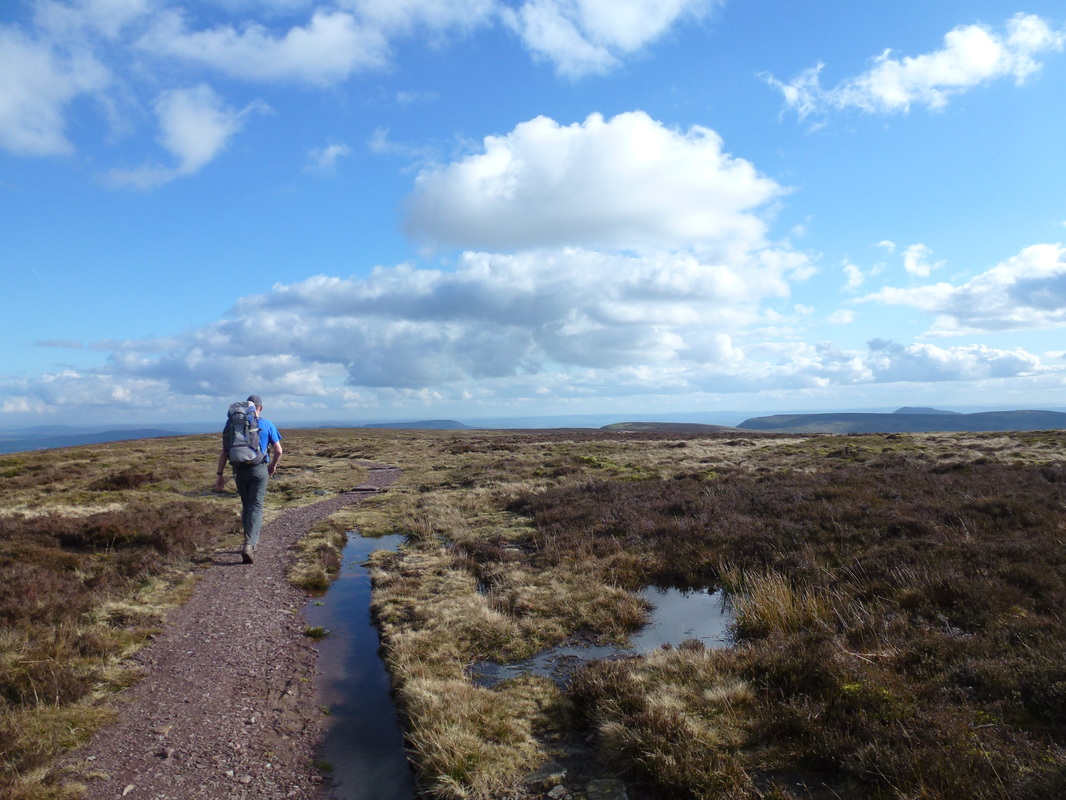 Heading for our descent via The Beacons Way 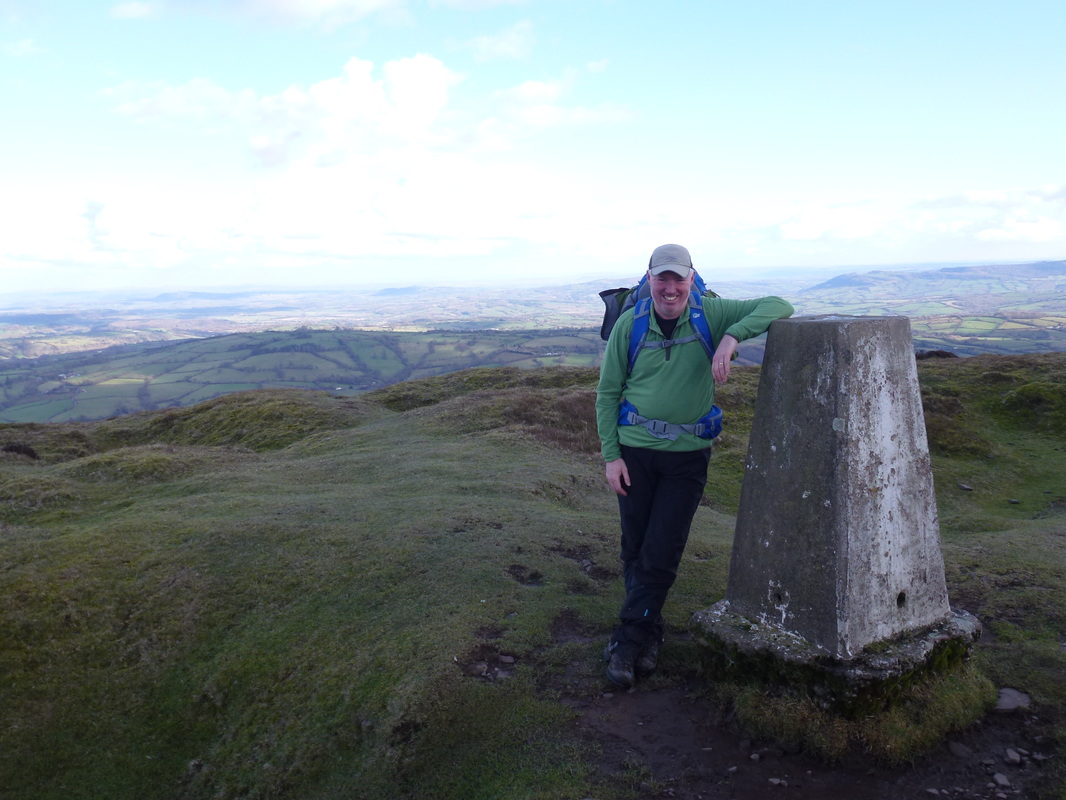 The last Trig Point before dropping down to Llanthony 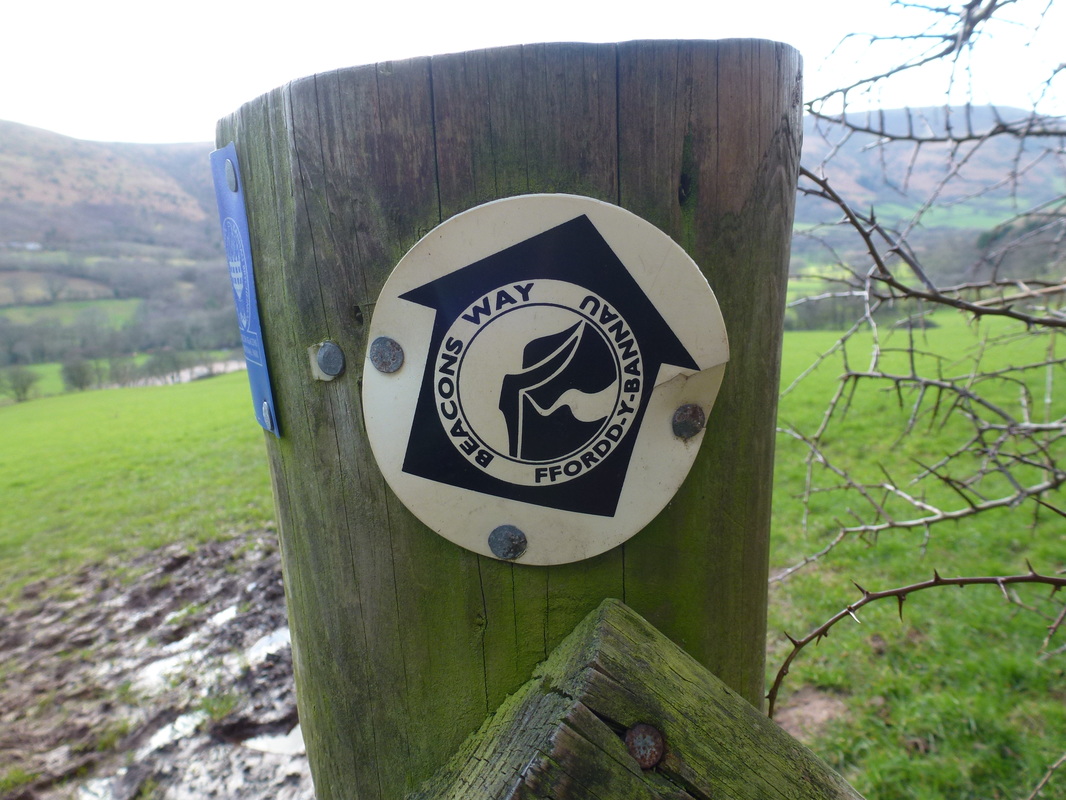 Proof that we were heading for a cold beer! 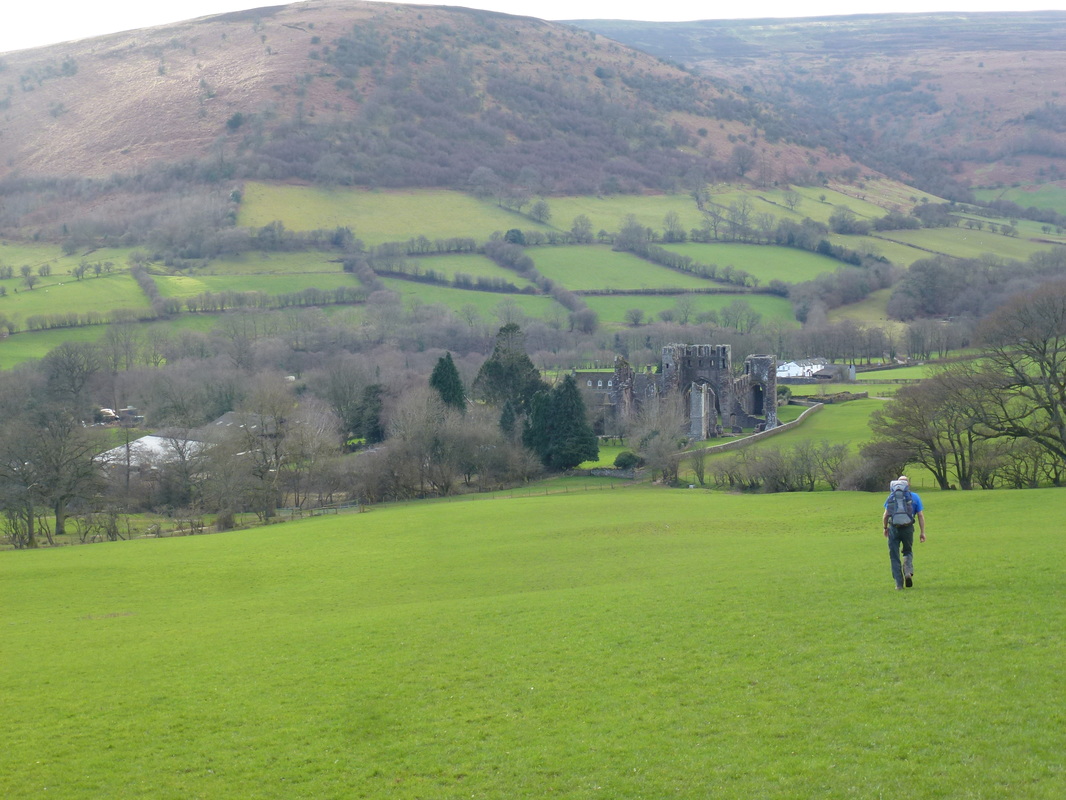 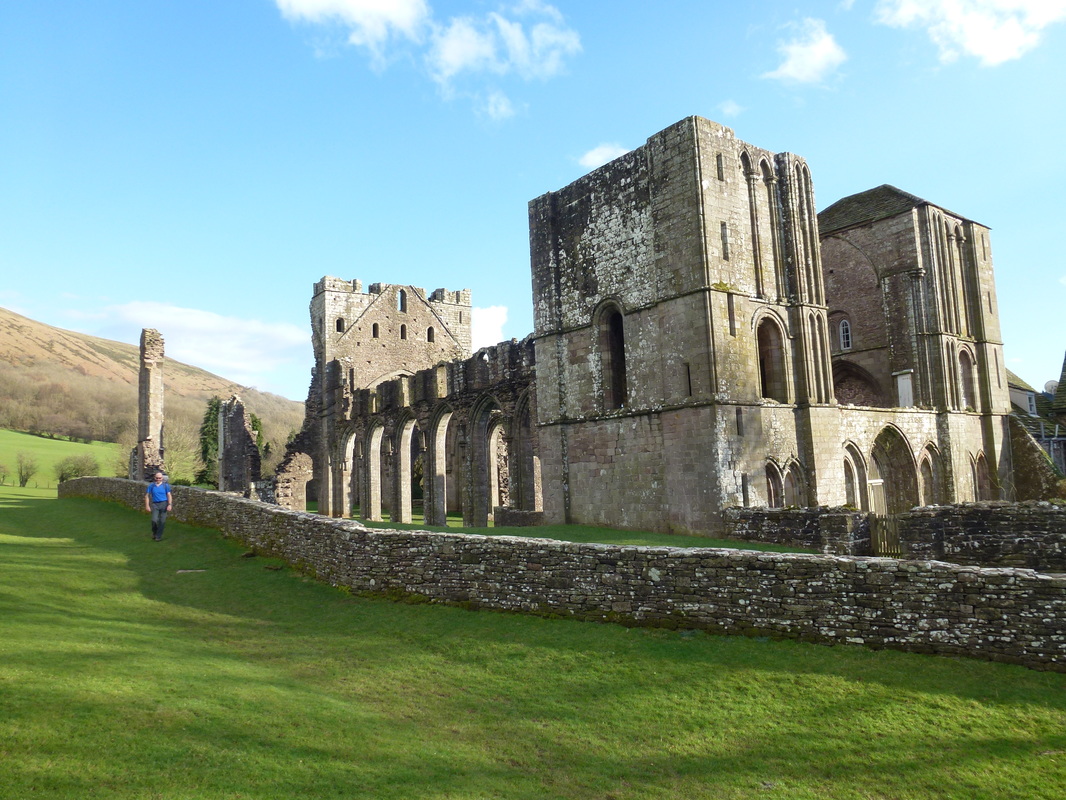 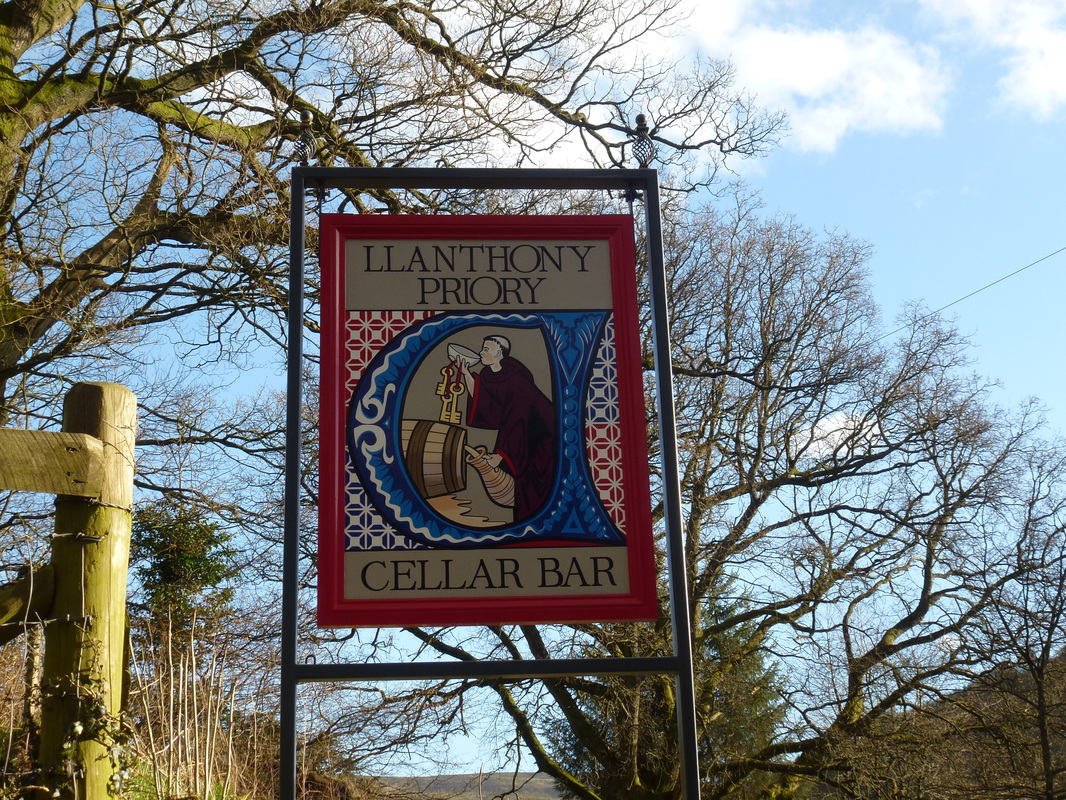 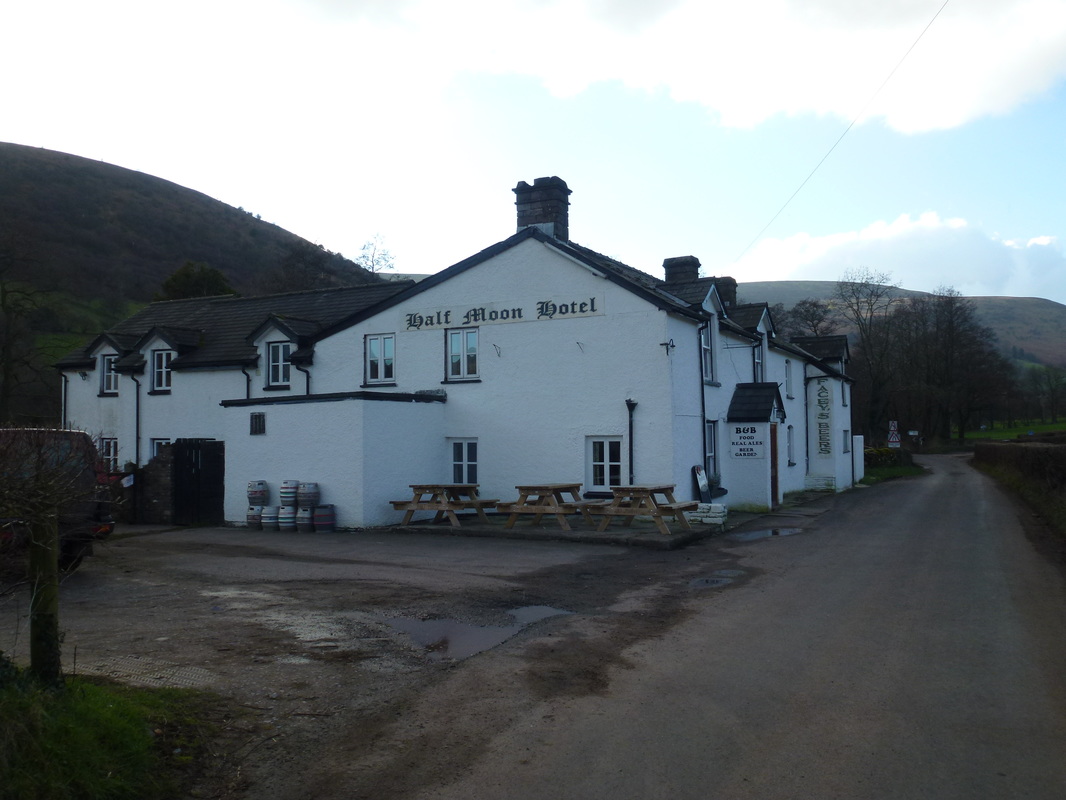 Line them up Landlord!!
Click here for the Black Mountains Circular Day 2
Home