Plenty of parking on the green in Reeth (Free)

Well trodden paths but care should be taken through Swinner Gill.

Mild and overcast with some sunny spells.

​​​​​​Map
​​
​OL30 - Yorkshire Dales (Northern & Central Areas)
​If the above GPX file fails to download or presents itself as an XML file once downloaded then please feel free to contact me and I will send you the GPX file via e-mail.  ​​ 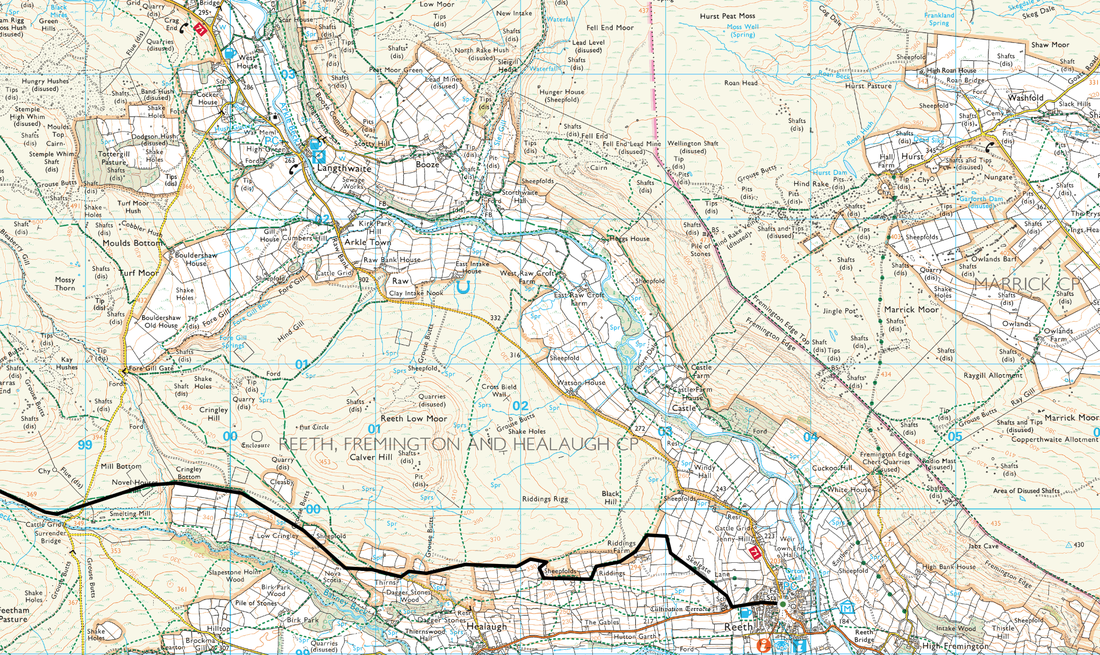 We were staying in our Caravan at Hawes and therefore drove over to Reeth, parked our car on the green and caught the bus back to Keld. This walk was a leg of the Coast to Coast we had to change because of the misty weather therefore it was nice to actually do the walk that we originally intended, albeit a year later than planned.

The bus dropped us off in the tiny hamlet of Keld where both the Coast to Coast Walk and The Pennine Way meet. We decided to break ourselves in gently by taking in a bacon sarnie followed by a piece of Tiffin at Park Lodge Tea Room in Keld. We have stopped off here many times and it is a lovely, unspoilt cafe come tea room which does not take the mickey with its prices. Suitably refreshed we made our way over the footbridge and on to the path to Crackpot Hall. After passing the ruins the path then cuts its way along Swinner Gill to reach the mines of the same name and this is shortly followed by reaching Blakethwaite Mine. It is difficult to imagine that 150 years or so ago this area would have been teeming with life.

Reaching Mellbecks Moor we made our way over the somewhat lunar landscape to reach Old Gang where there are more abandoned mine buildings before pushing on to Surrender Bridge. It is then a nice gentle walk a couple of miles or so back into Reeth.​ 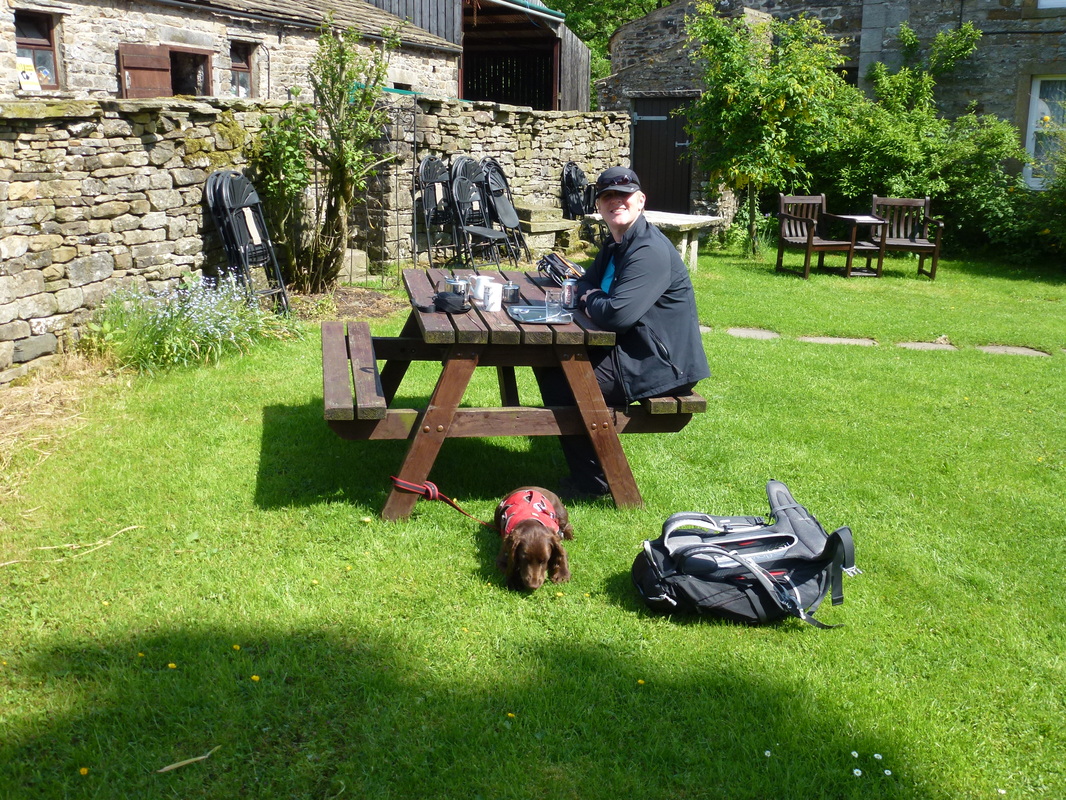 Pre walk bacon sarnie at Park Lodge Cafe in Keld. Can you tell who is sulking because he didn't get any bacon off us? 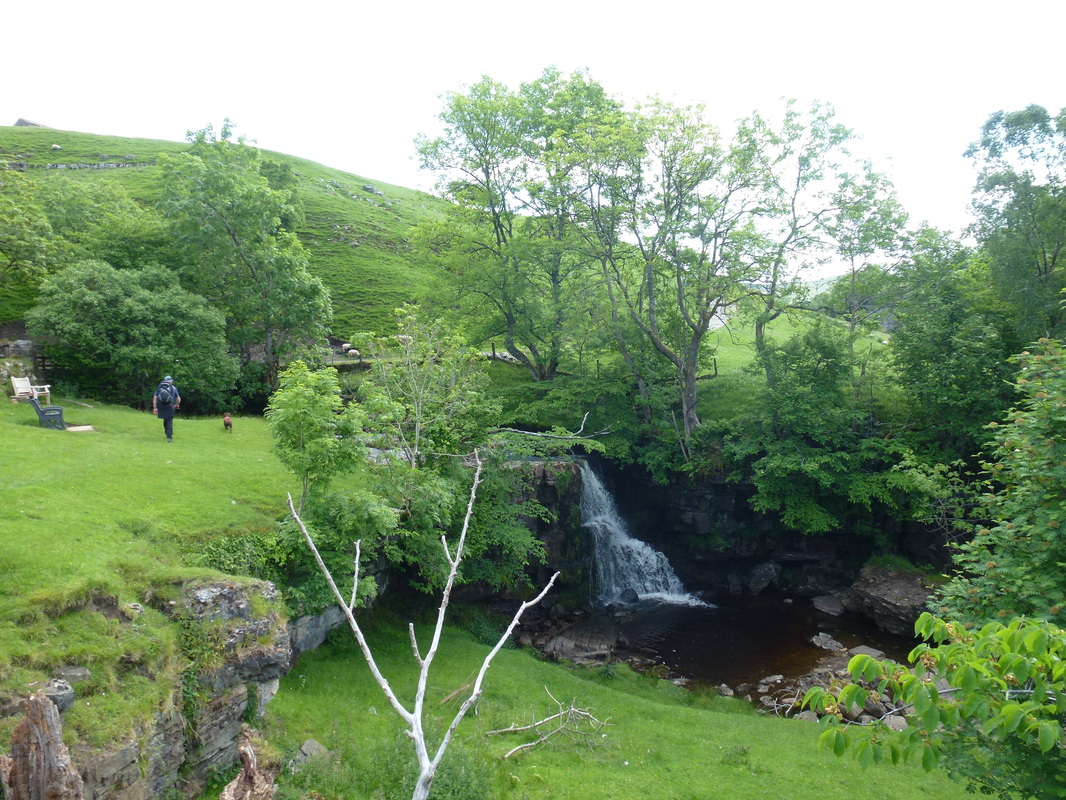 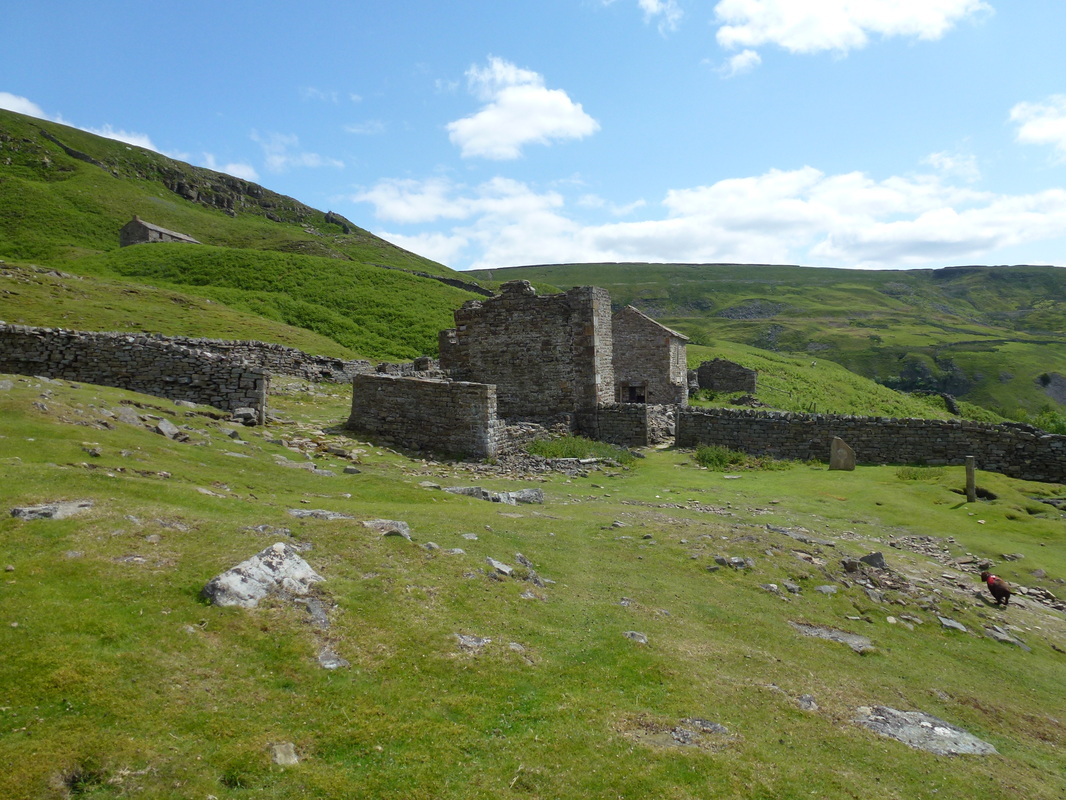 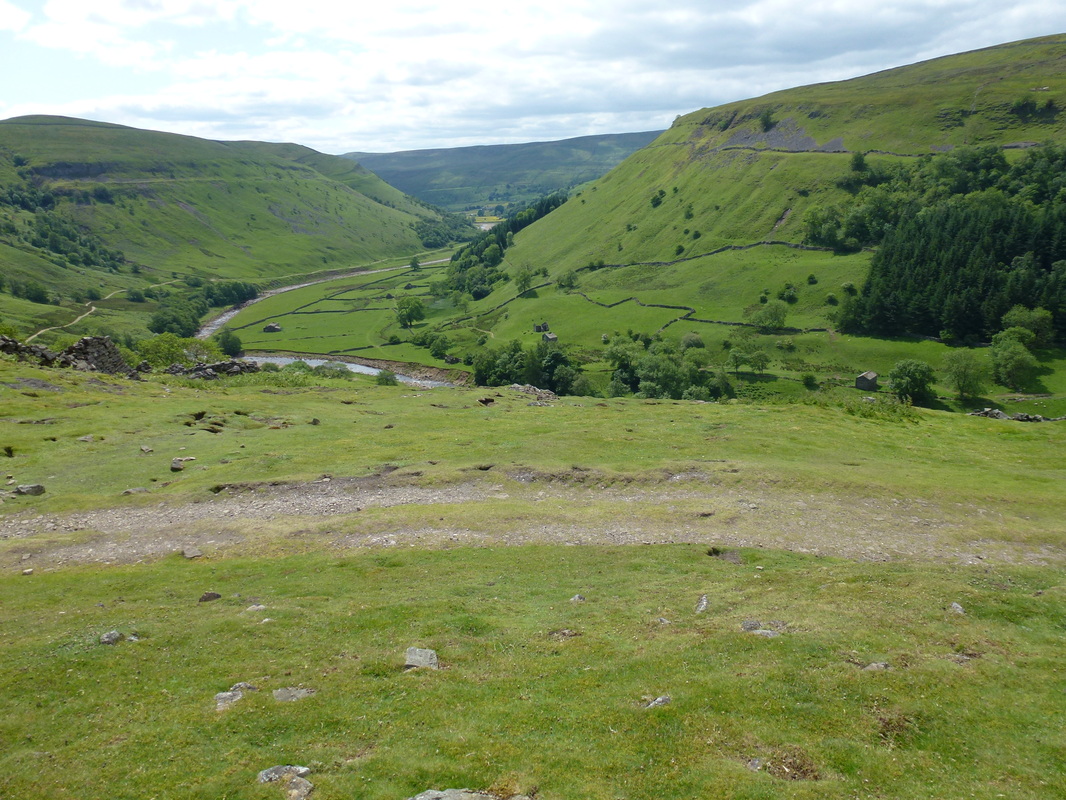 Superb view down the Swale towards Muker from Crackpot Hall 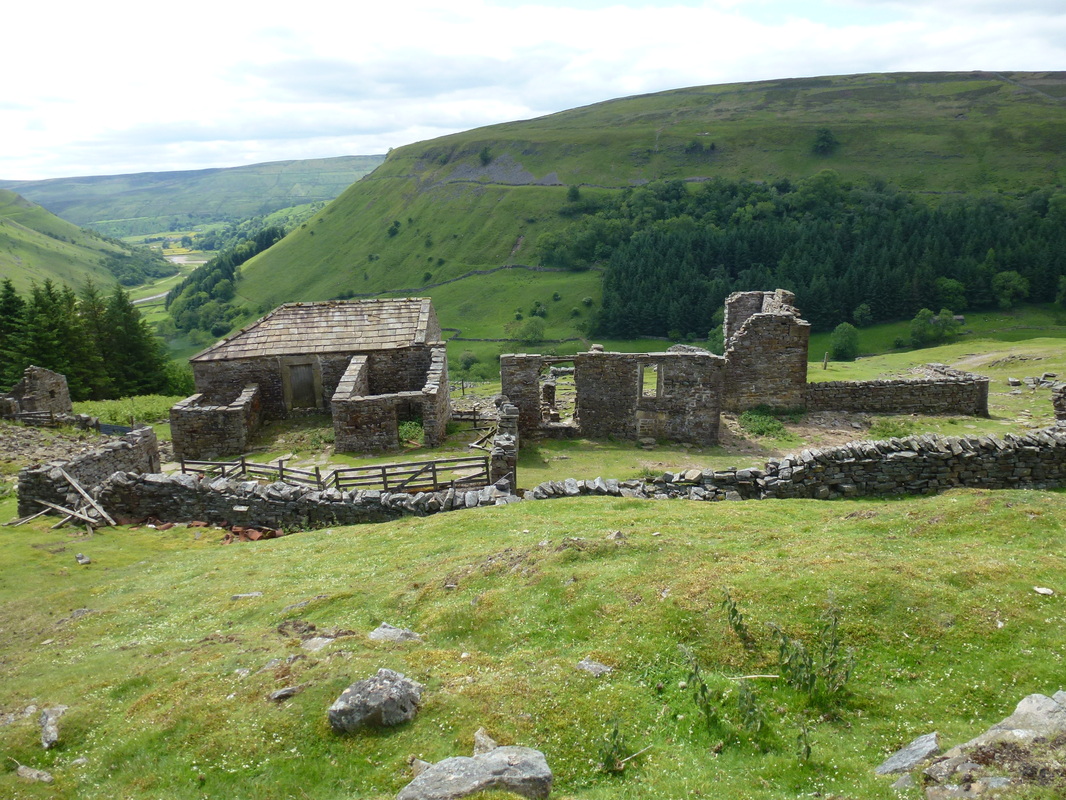 Up above Crackpot Hall with Kisdon Hill behind 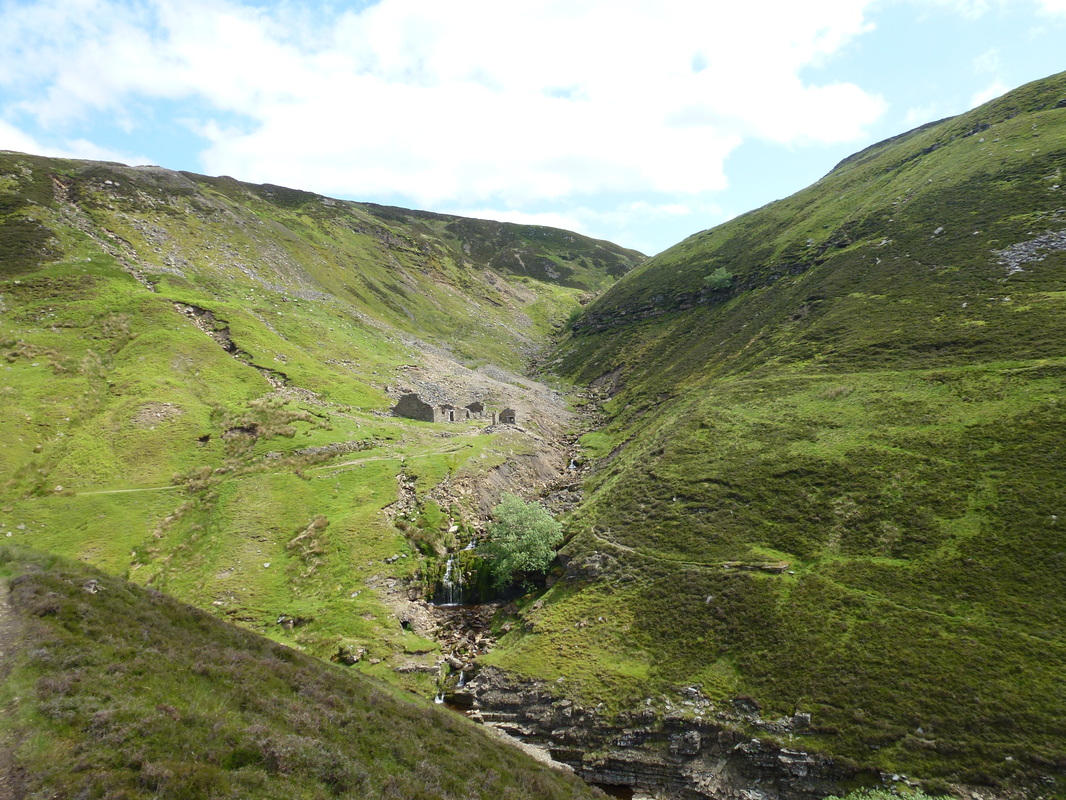 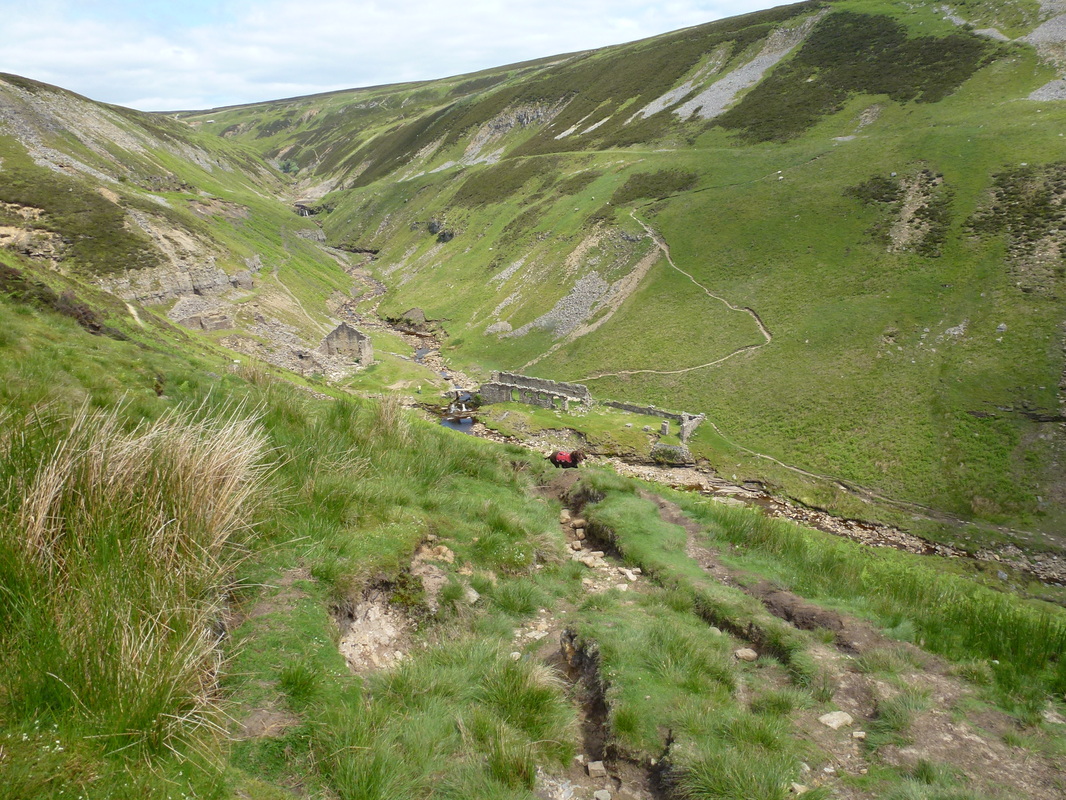 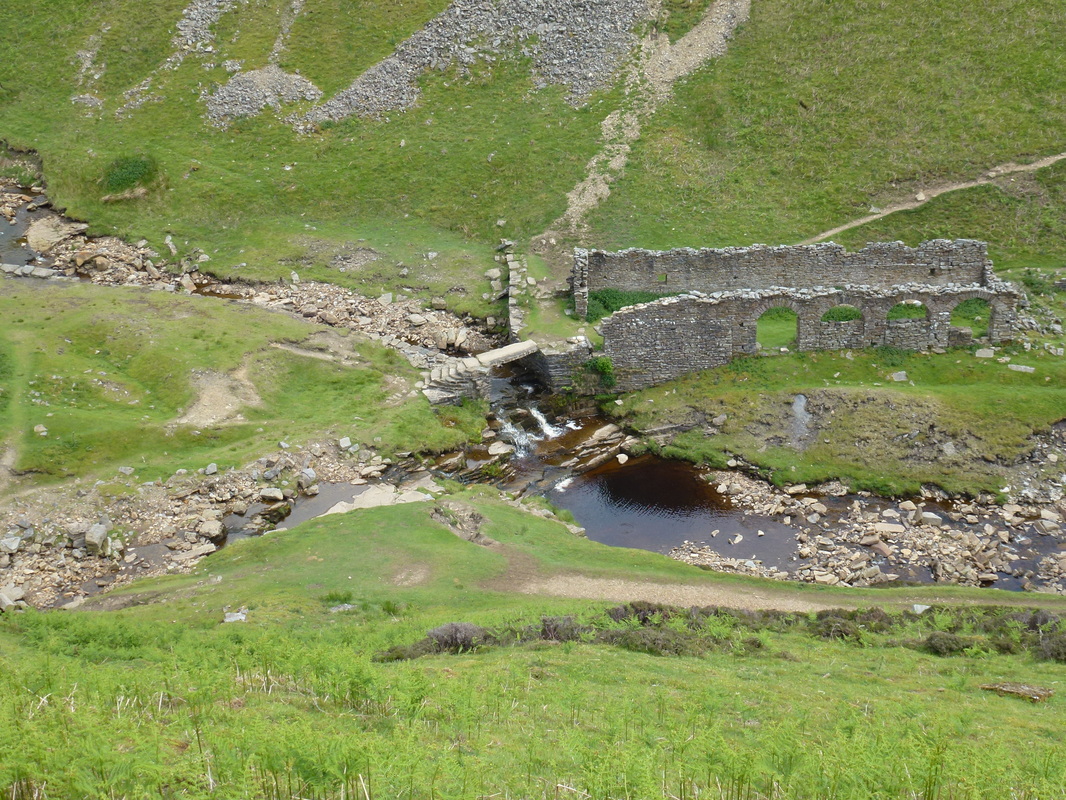 The ruined Peat Store at Blakethwaite 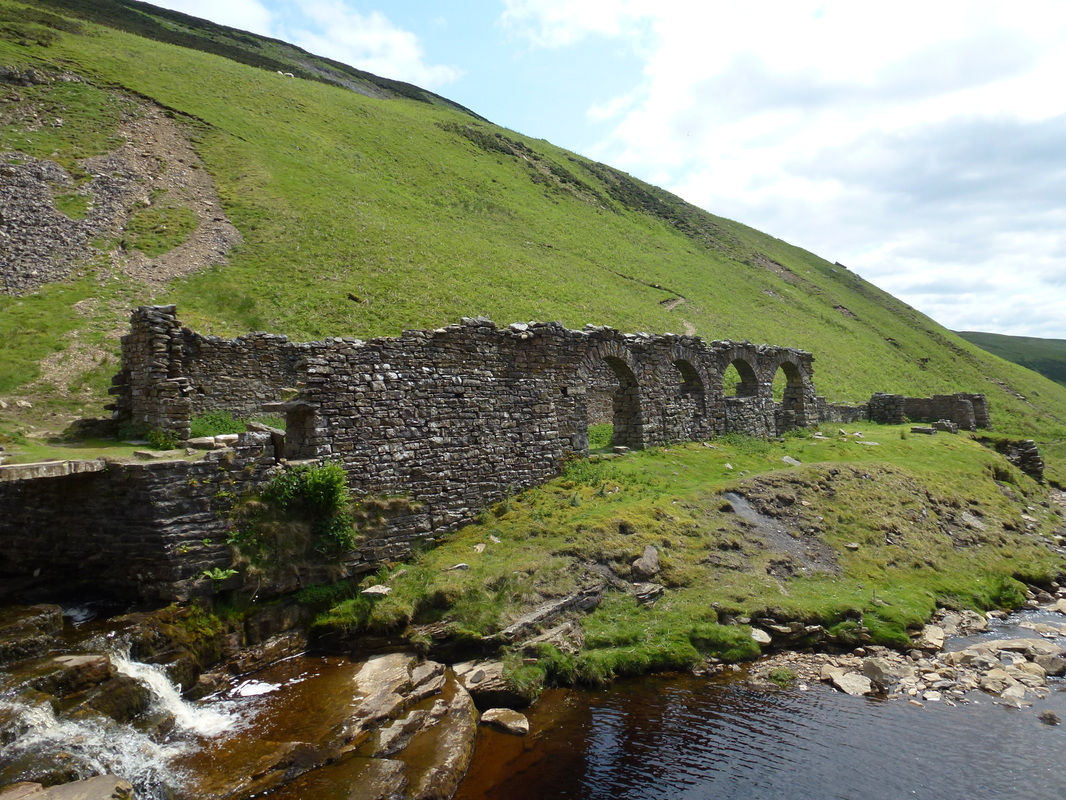 The Peat Store from the Bridge 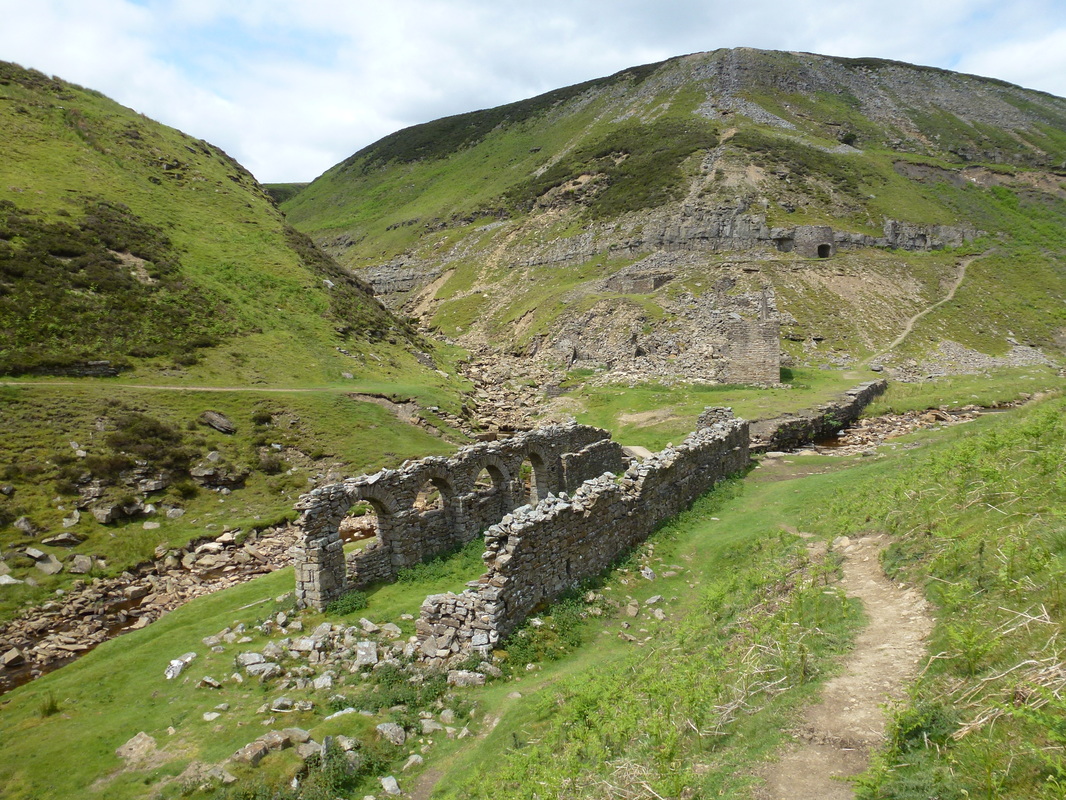 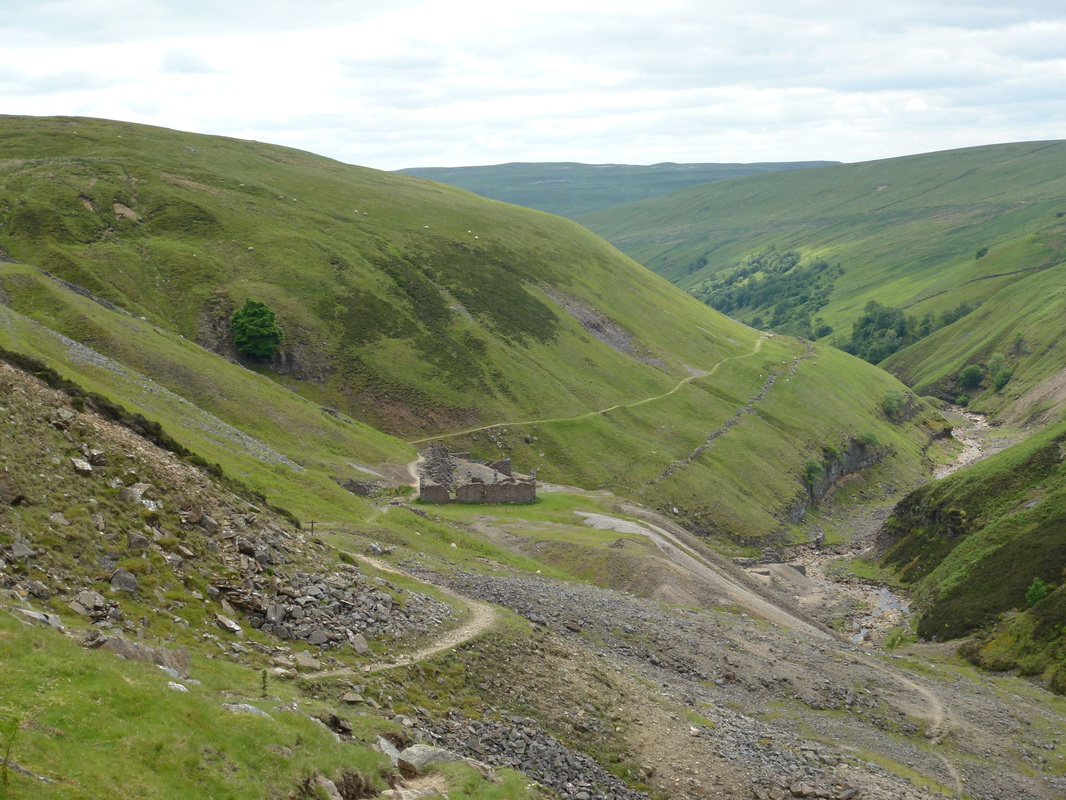 More disused mine buildings on the way to Level House Bridge 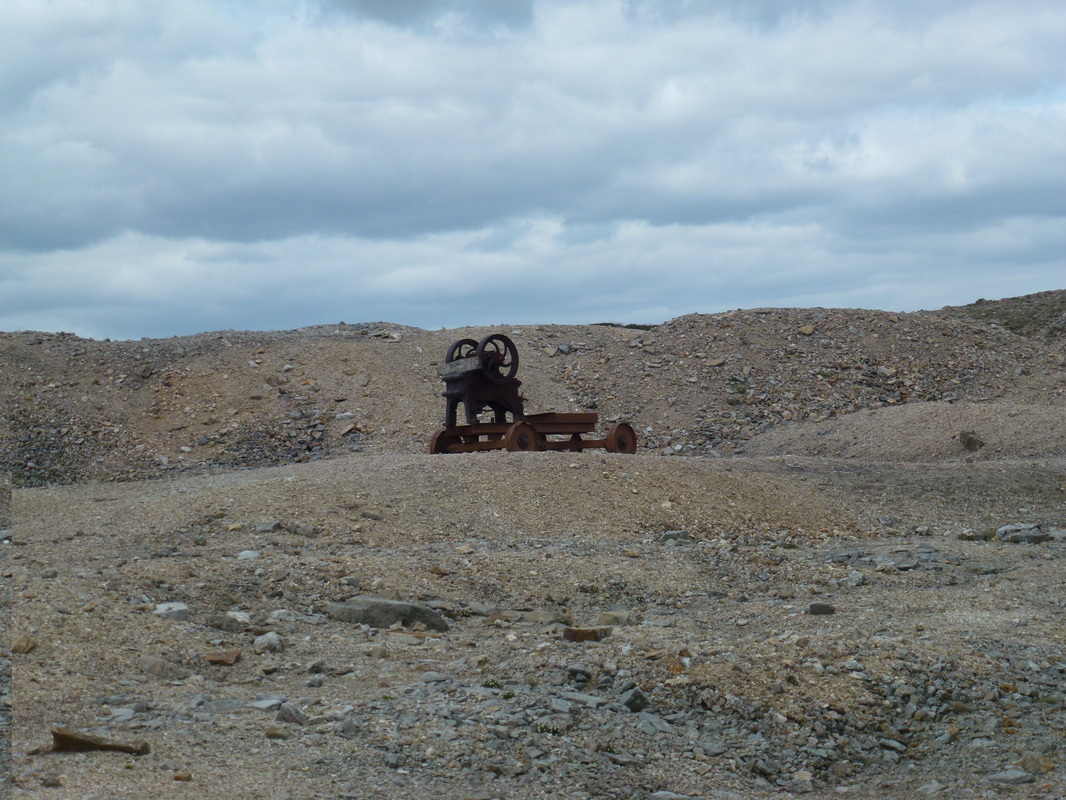 Mellbecks Moor - it was like the moon up here 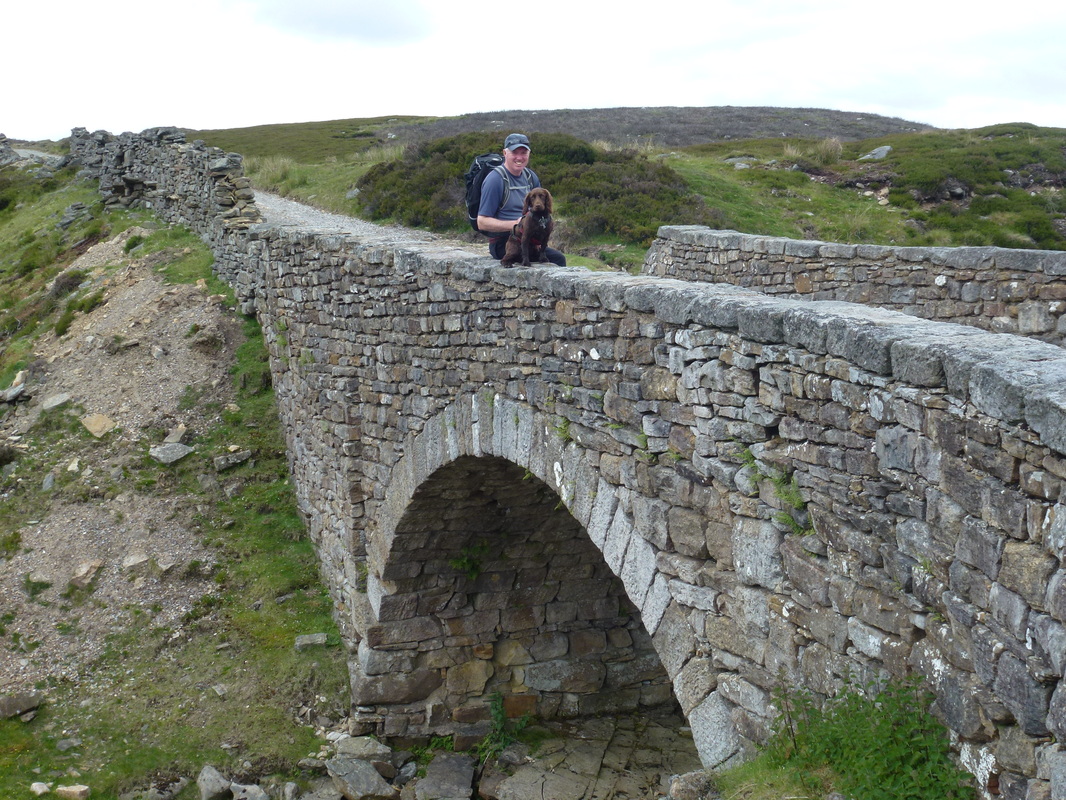 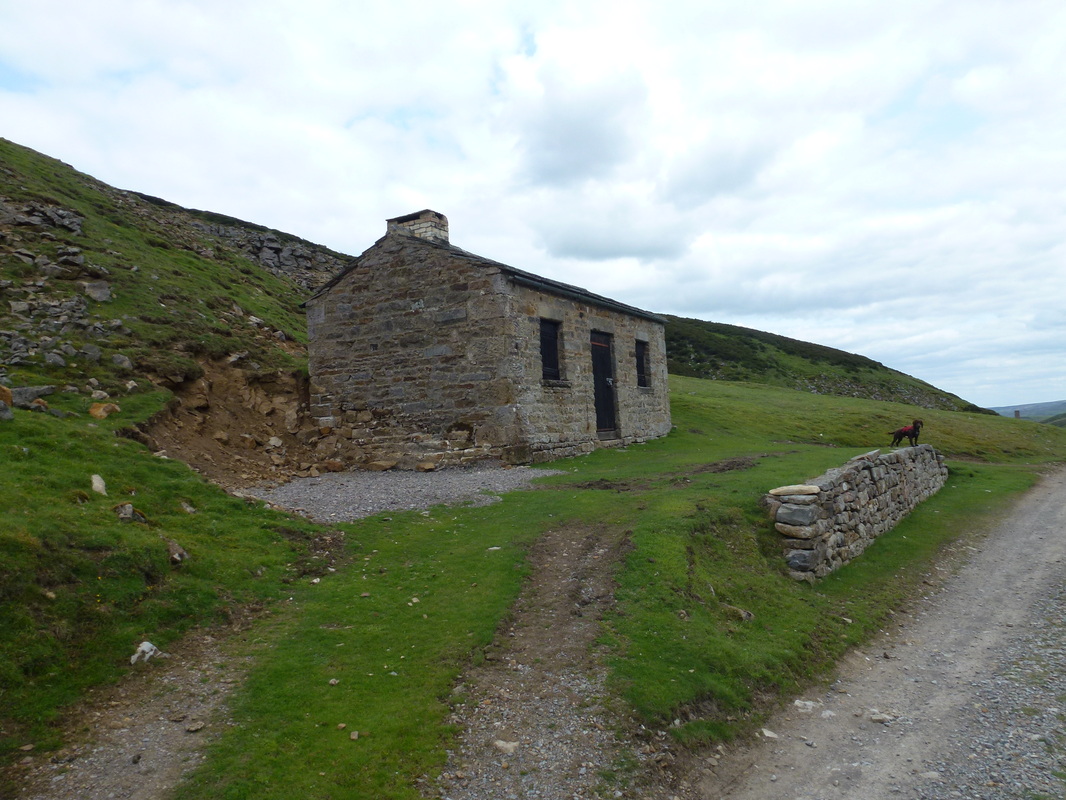 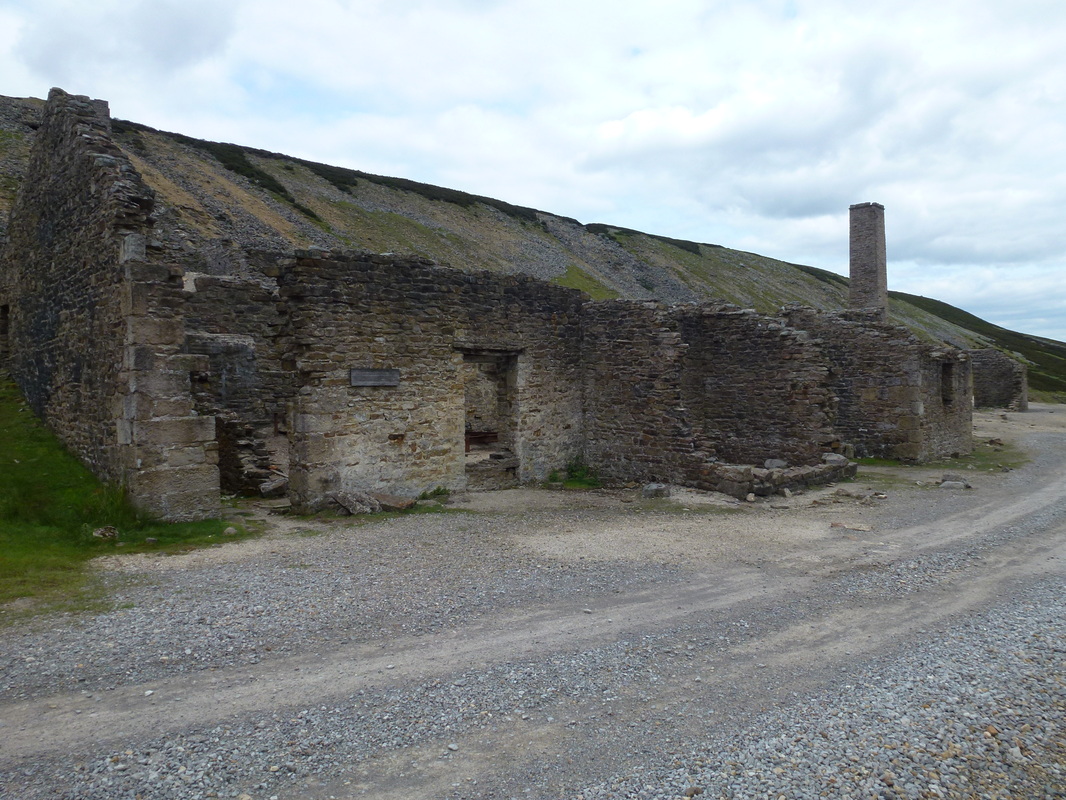 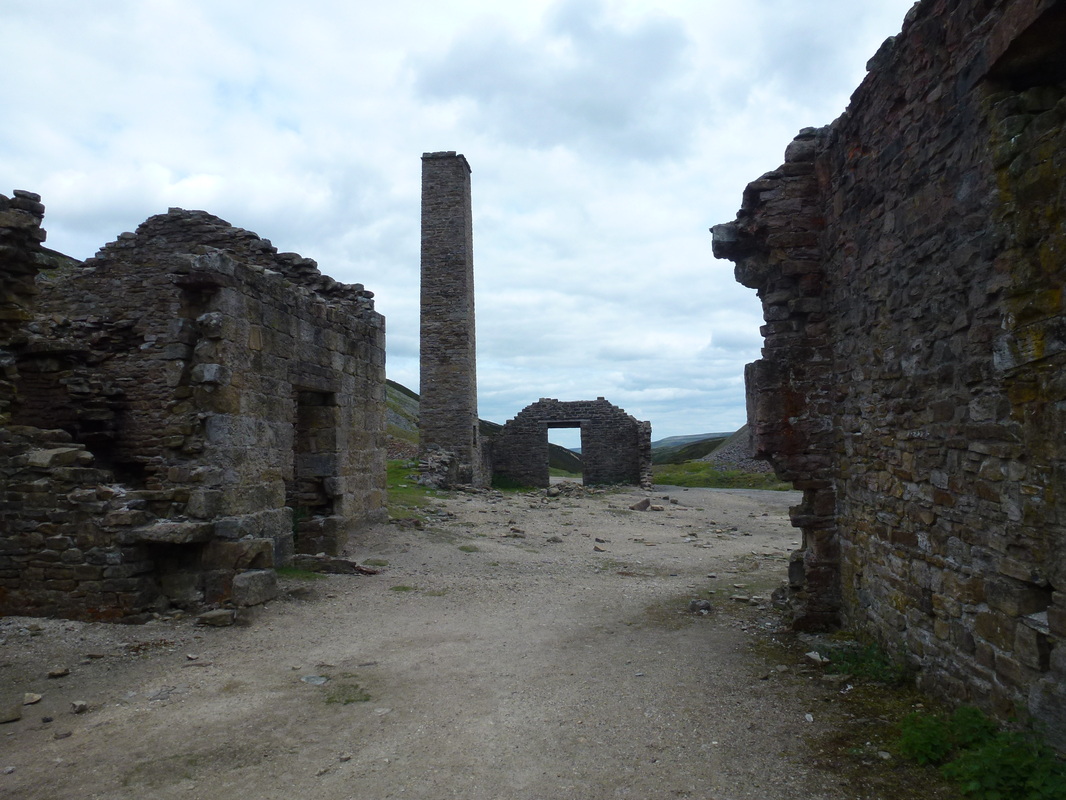 There is a drawing in Wainwright's Coast to Coast Guide of this picture at Old Gang - it is amazing to see how similar the real thing is. 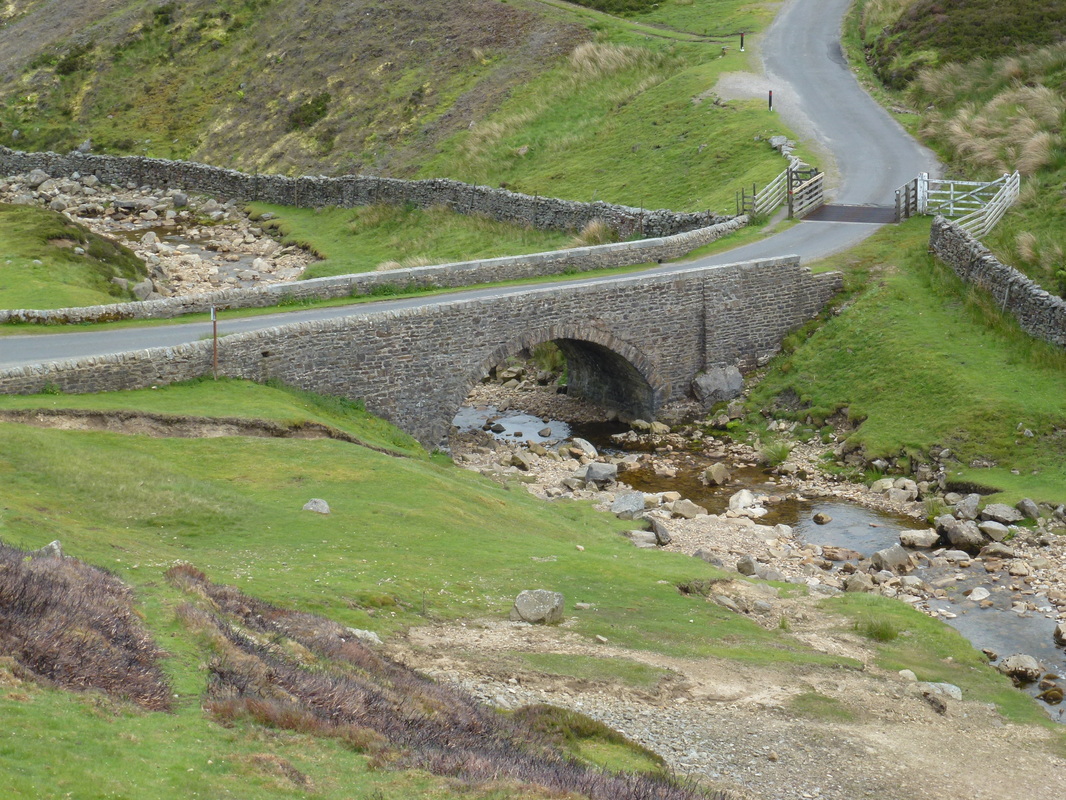