Excellent paths throughout with some road walking on quiet lanes & roads 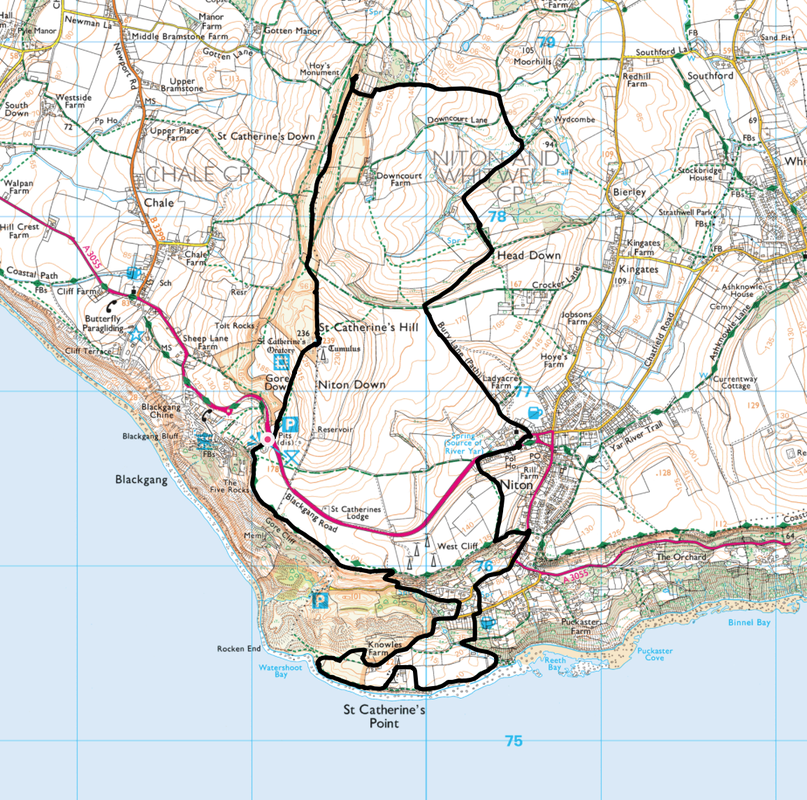 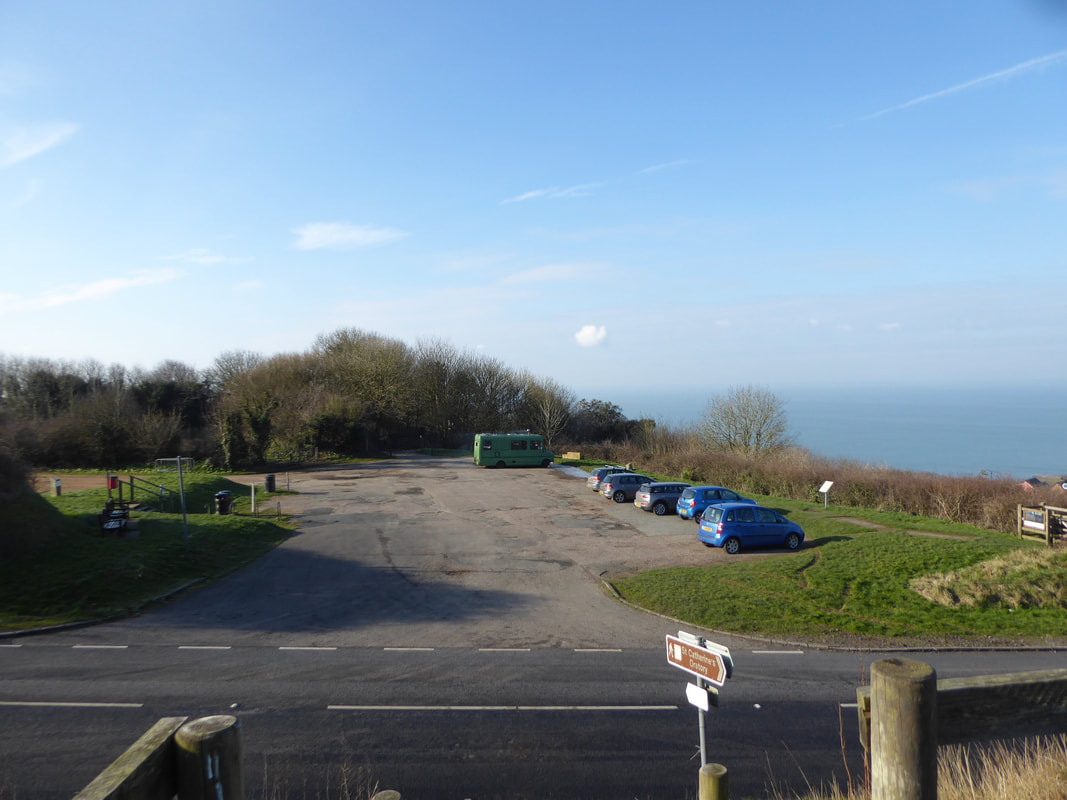 The Car Park at Blackgang - the sign can be seen pointing the way to St Catherine's Oratory.
The Car Park is situated near Blackgang Chine - a "Chine" is a steep sided coastal gorge. 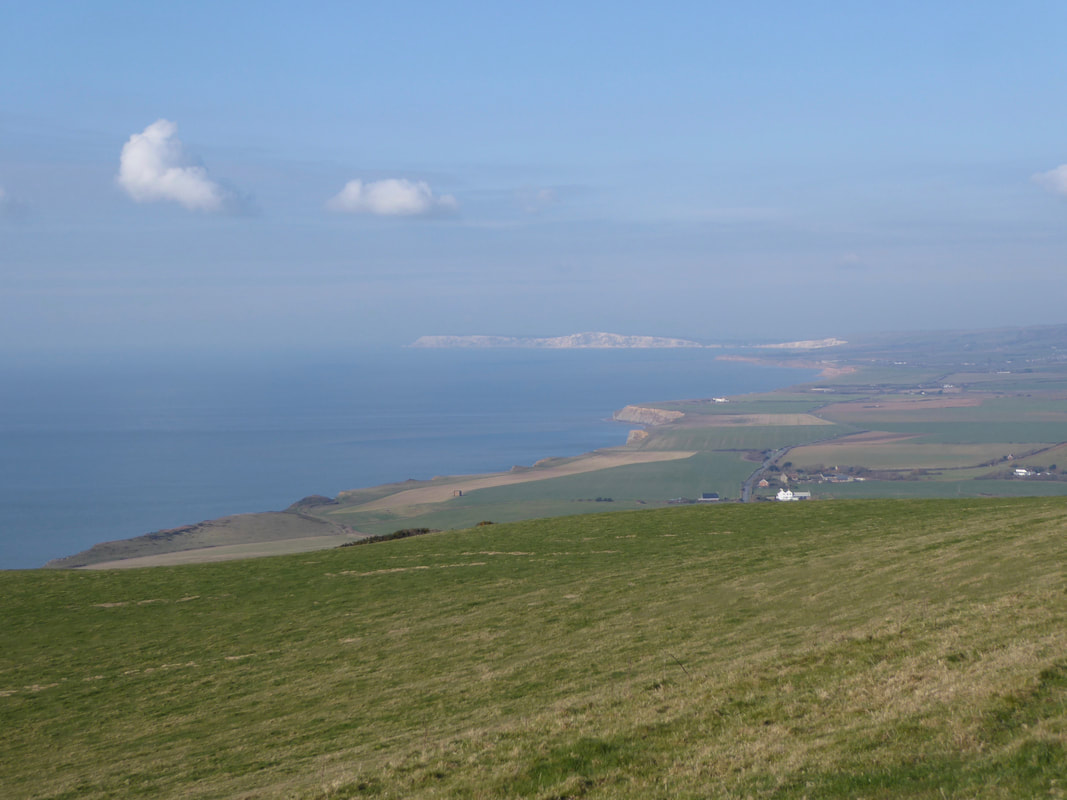 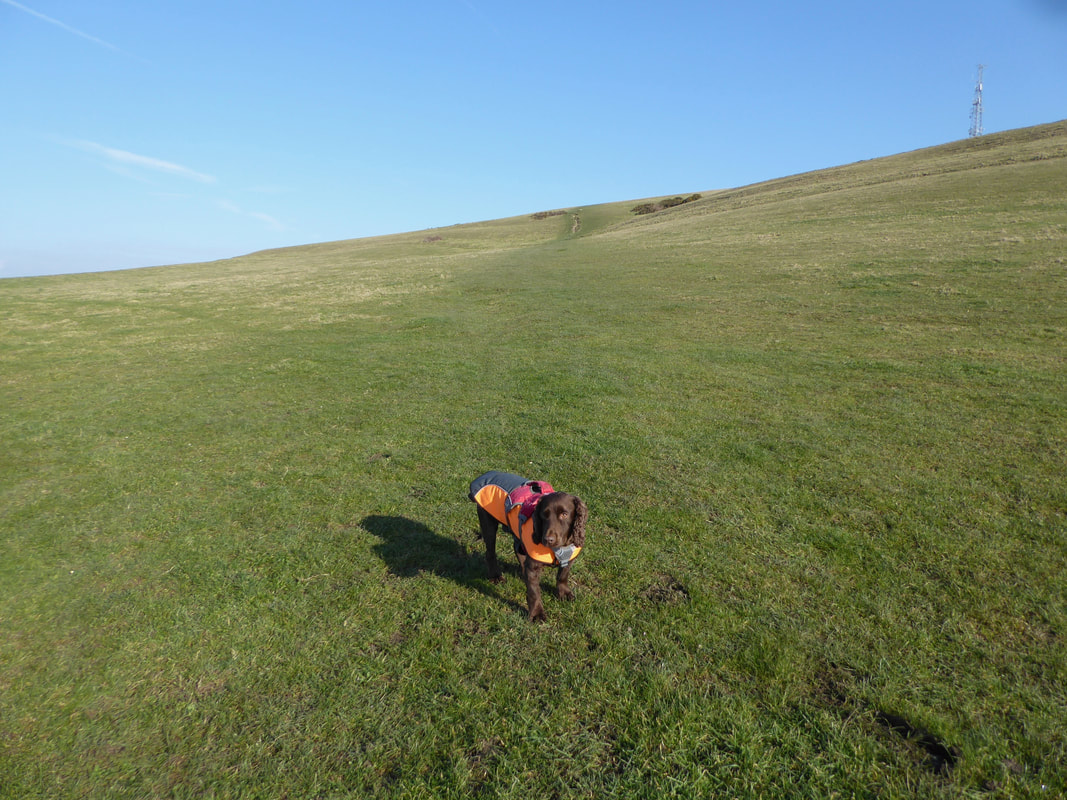 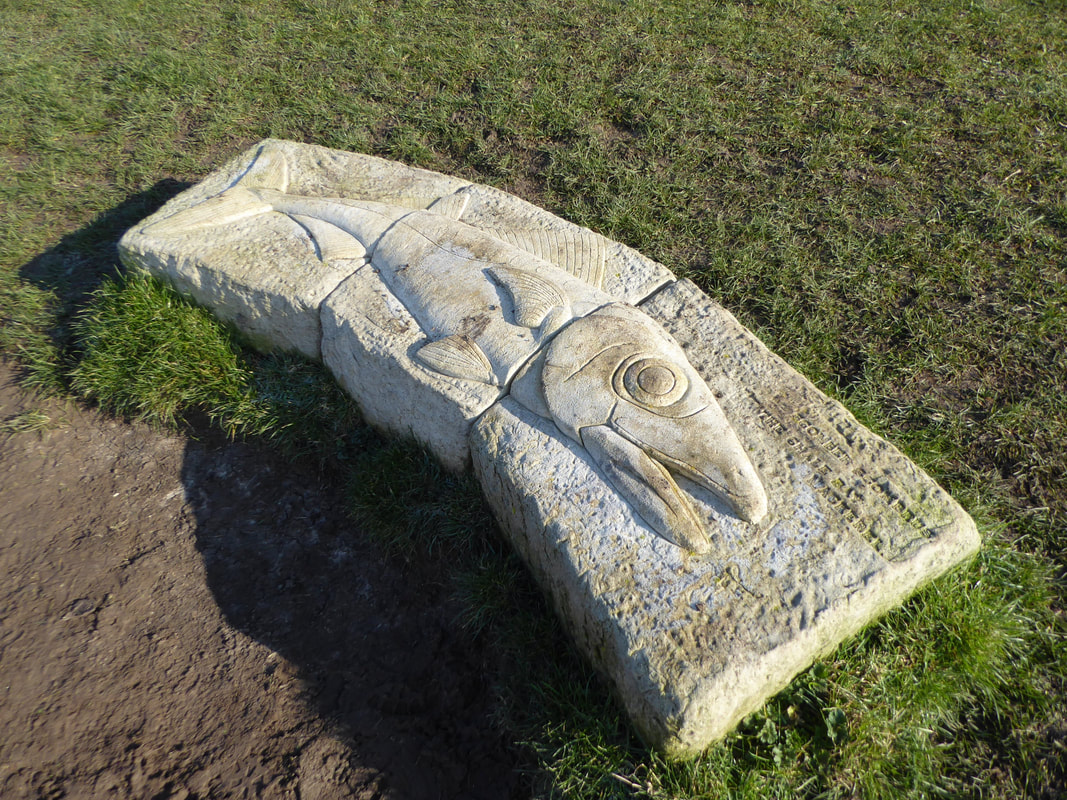 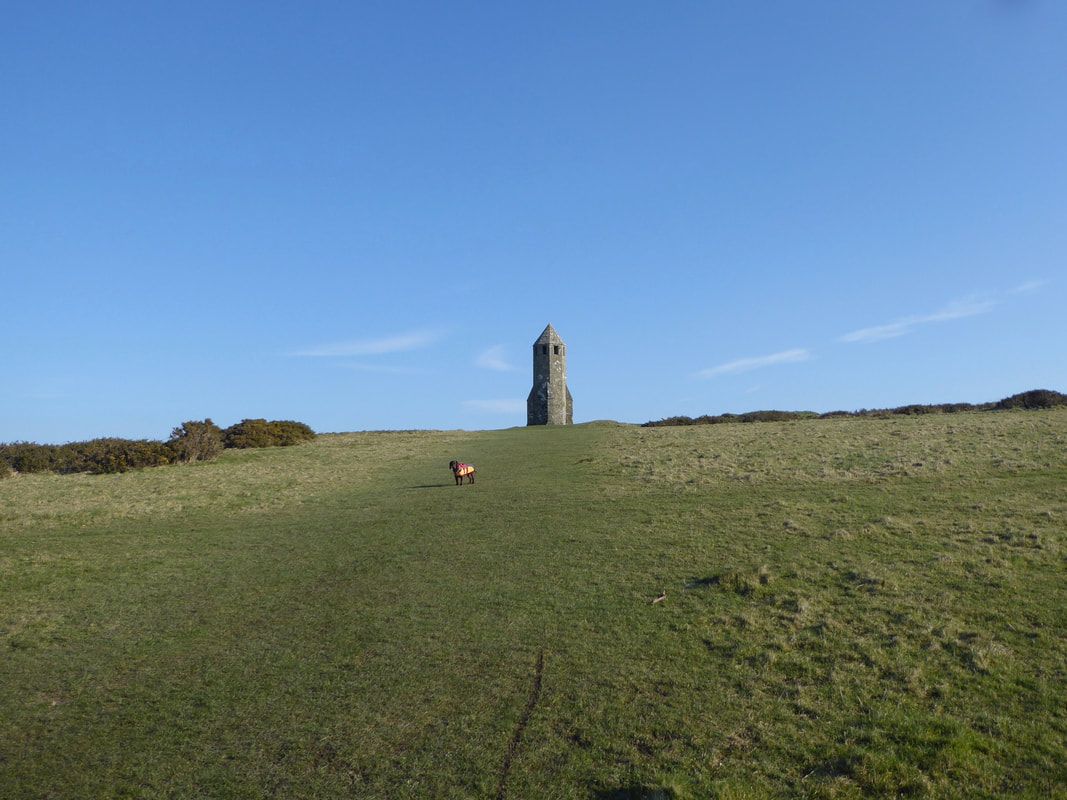 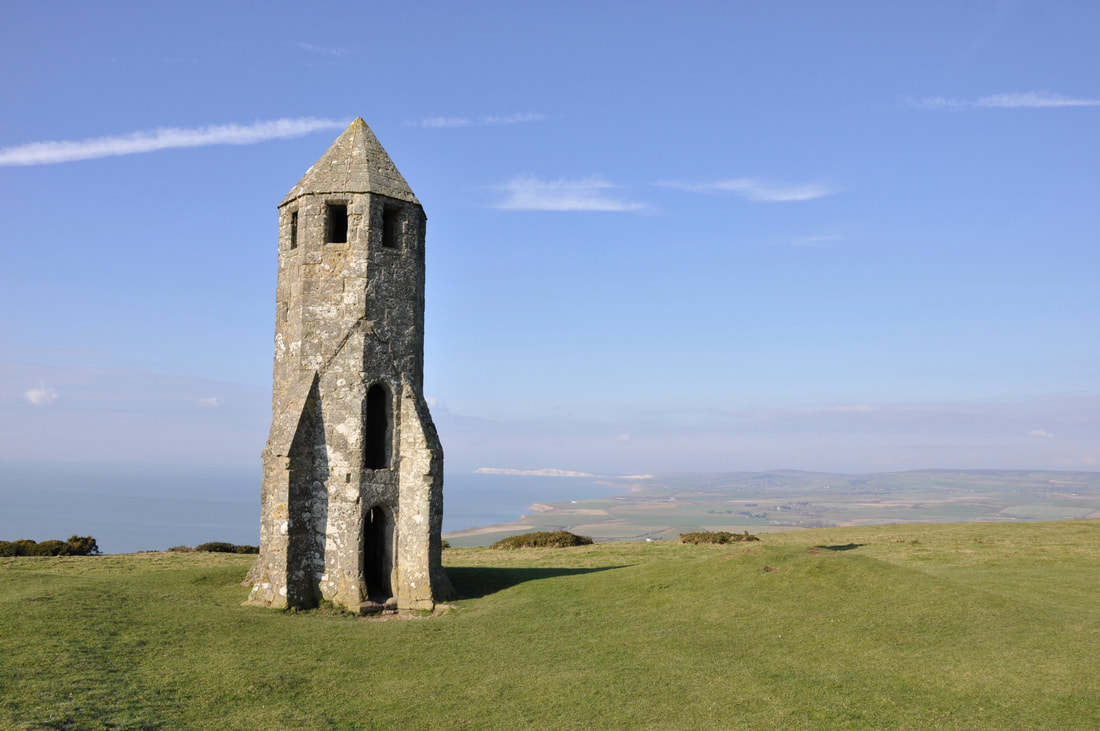 What is left is known affectionately by locals as "The Pepperpot". Completed in 1328, it is likely that the Oratory was erected by Walter de Godeton, a local landowner who was condemned by the Church for stealing casks of wine from a shipwreck which had occurred in 1314 off Chale Bay. The ship was one of a fleet carrying a cargo of white wine for the monastery of Livers in Picardy. The Church threatened de Godeton with excommunication unless he built a lighthouse above the scene of the shipwreck, together with an adjoining oratory. The oratory was to be endowed to maintain a priest to tend the light and to say masses for souls lost at sea. The duties were apparently carried out until the Reformation in the 16th century. 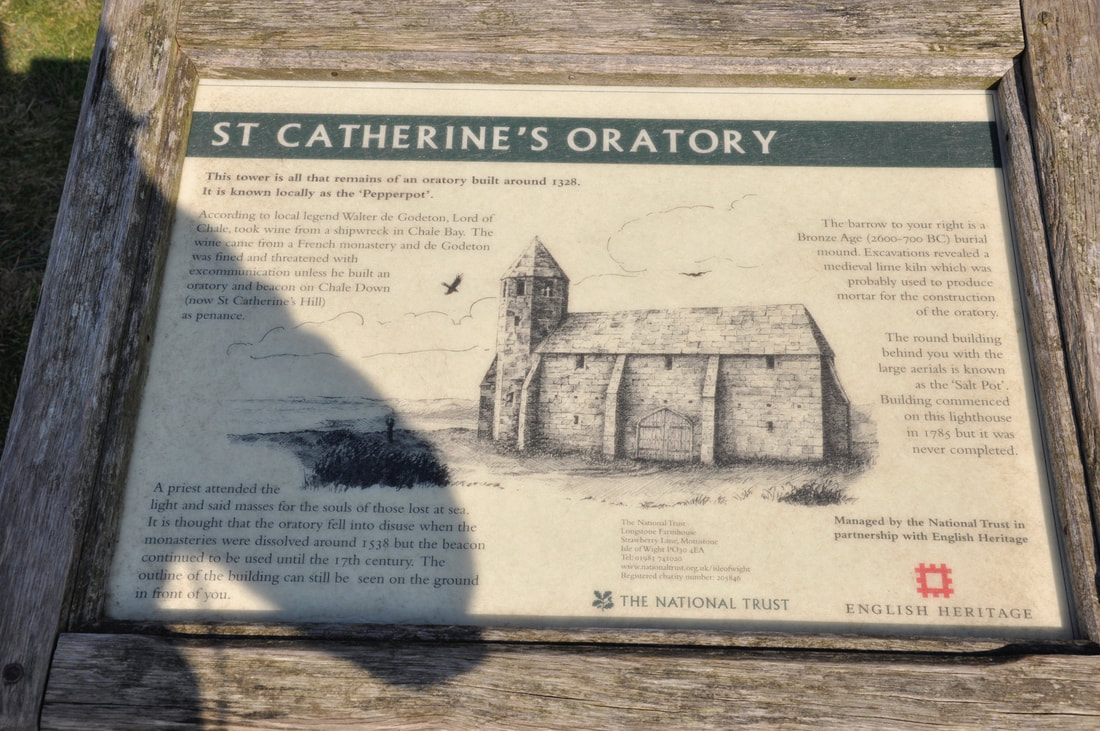 How the Oratory would have looked - the Pepperpot Tower is all that remains although as it states on the information board, the outline of the adjoining building can clearly be seen on the ground next to the tower. 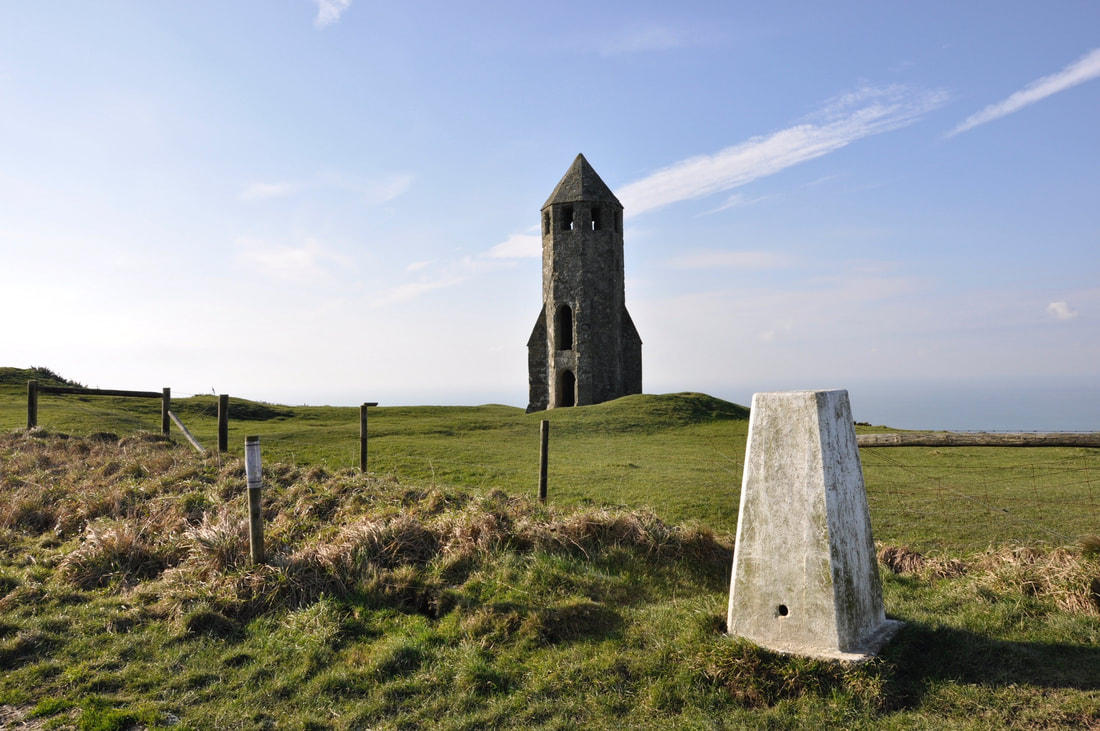 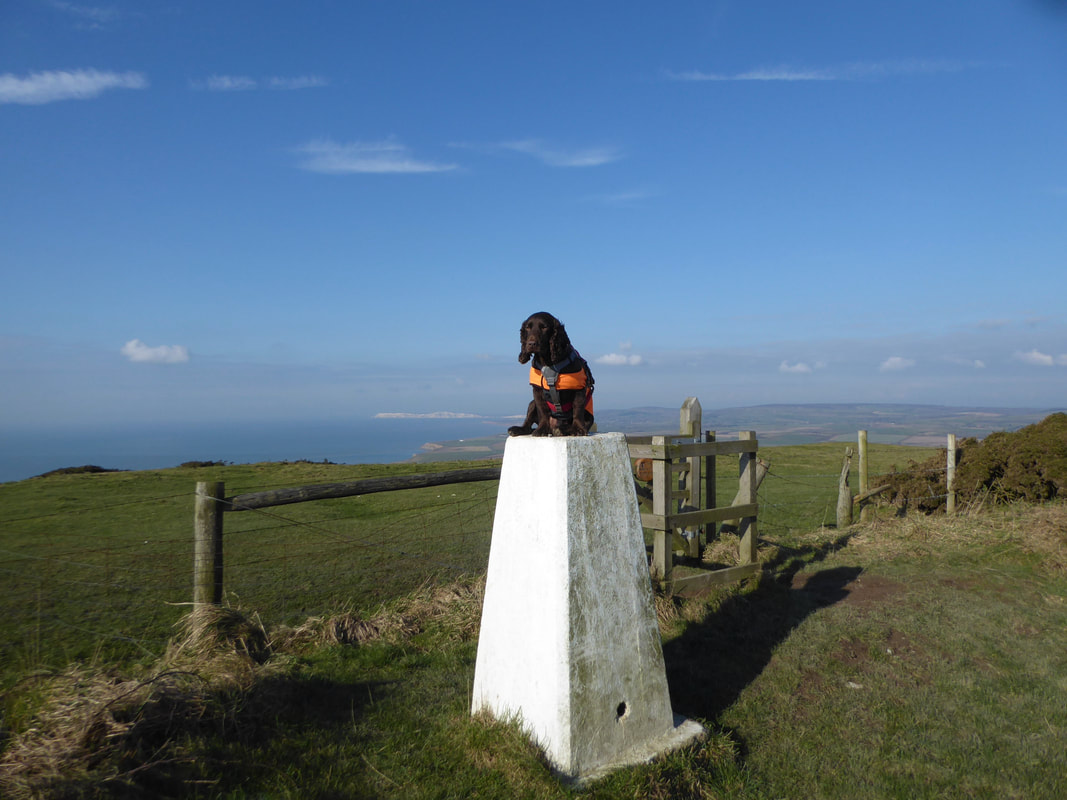 As is tradition - and what a view eh Fudge? 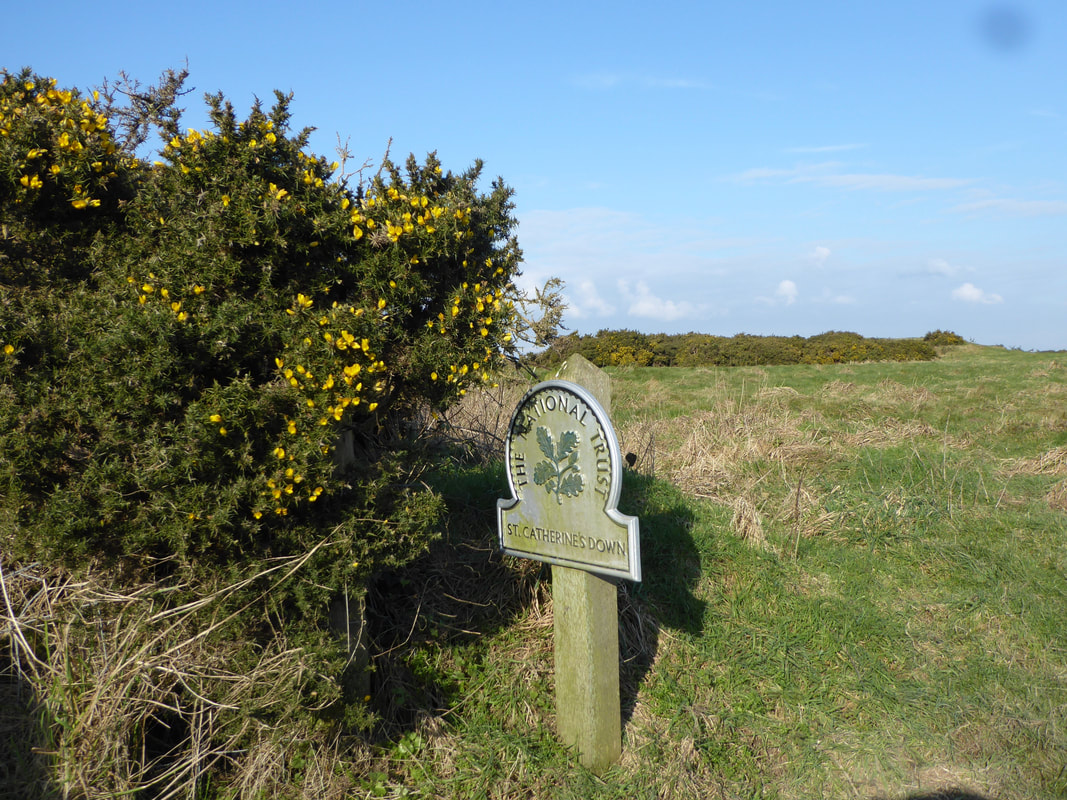 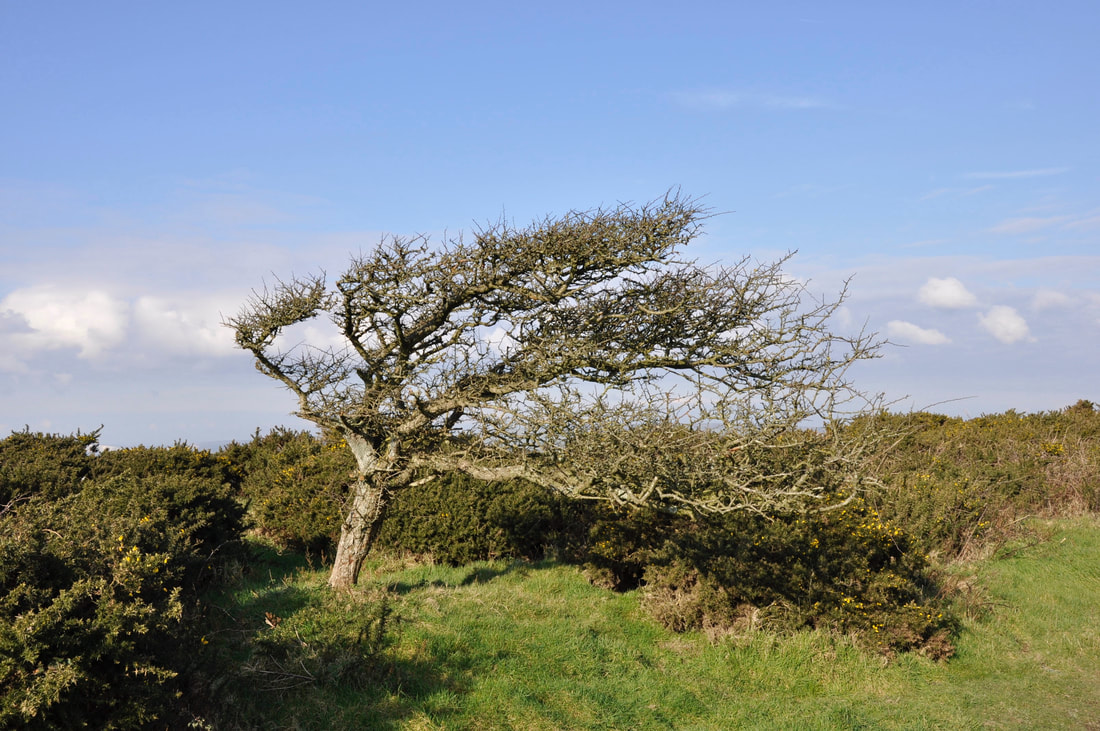 It clearly gets a bit blowy up here 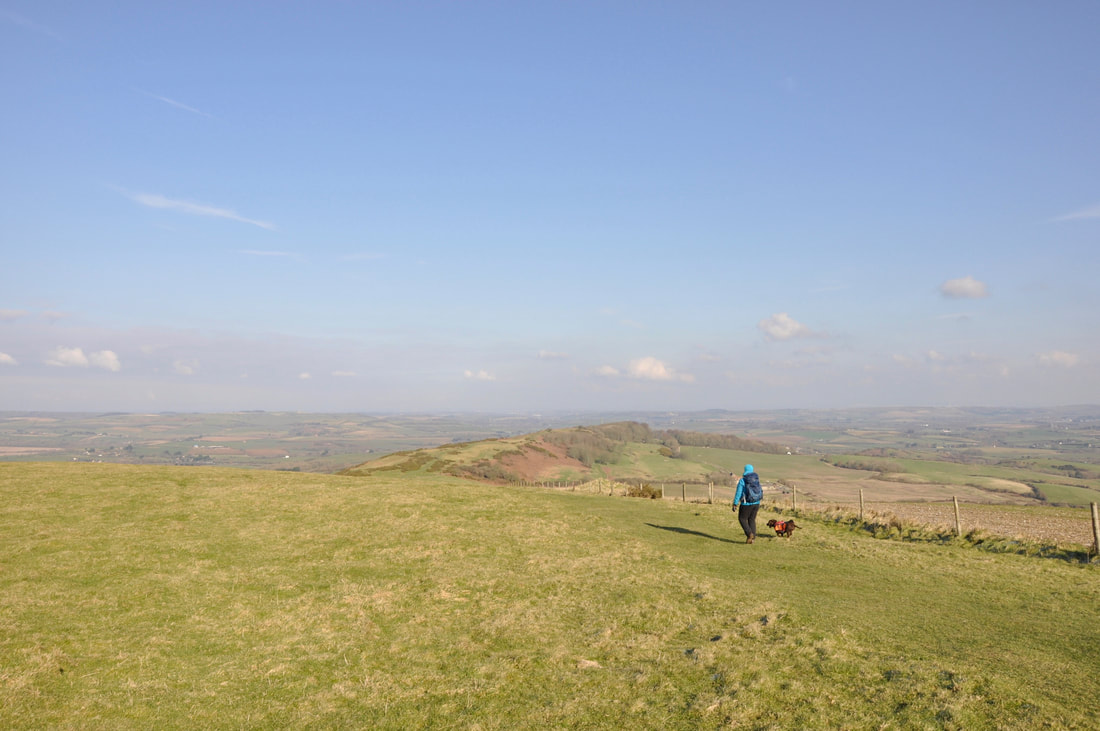 The lovely amble along St Catherine's Down. Hoy's Monument is at the end of the ridge in the centre of shot 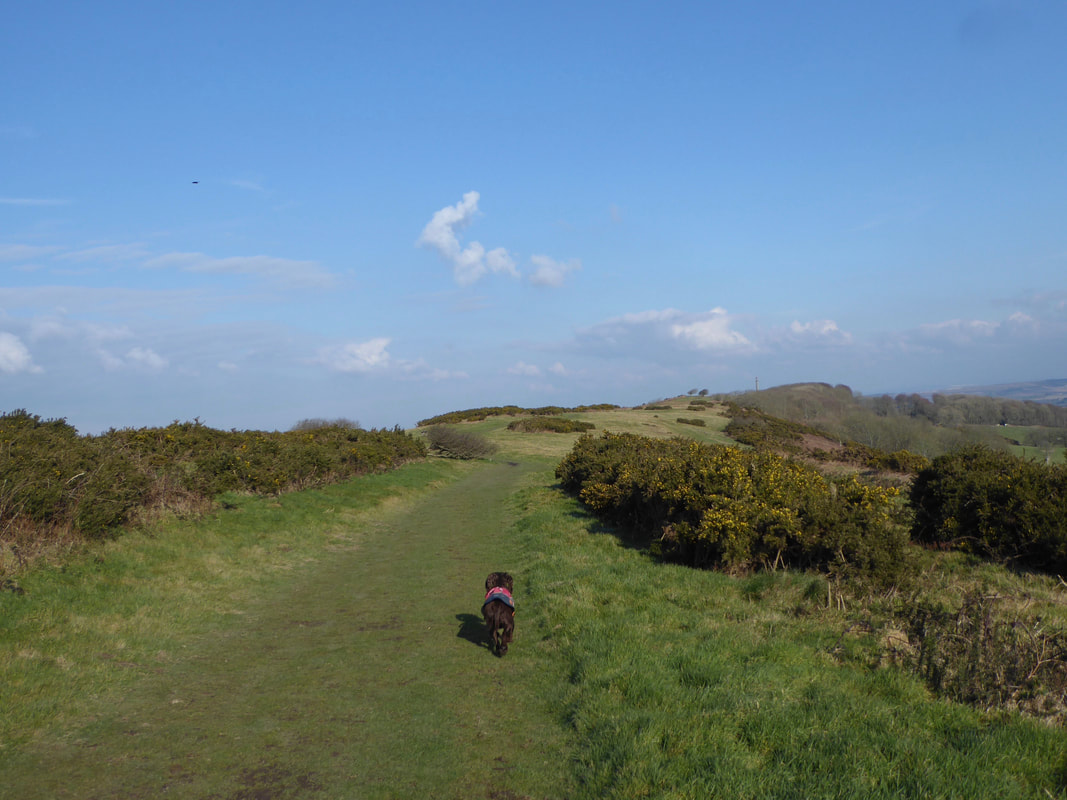 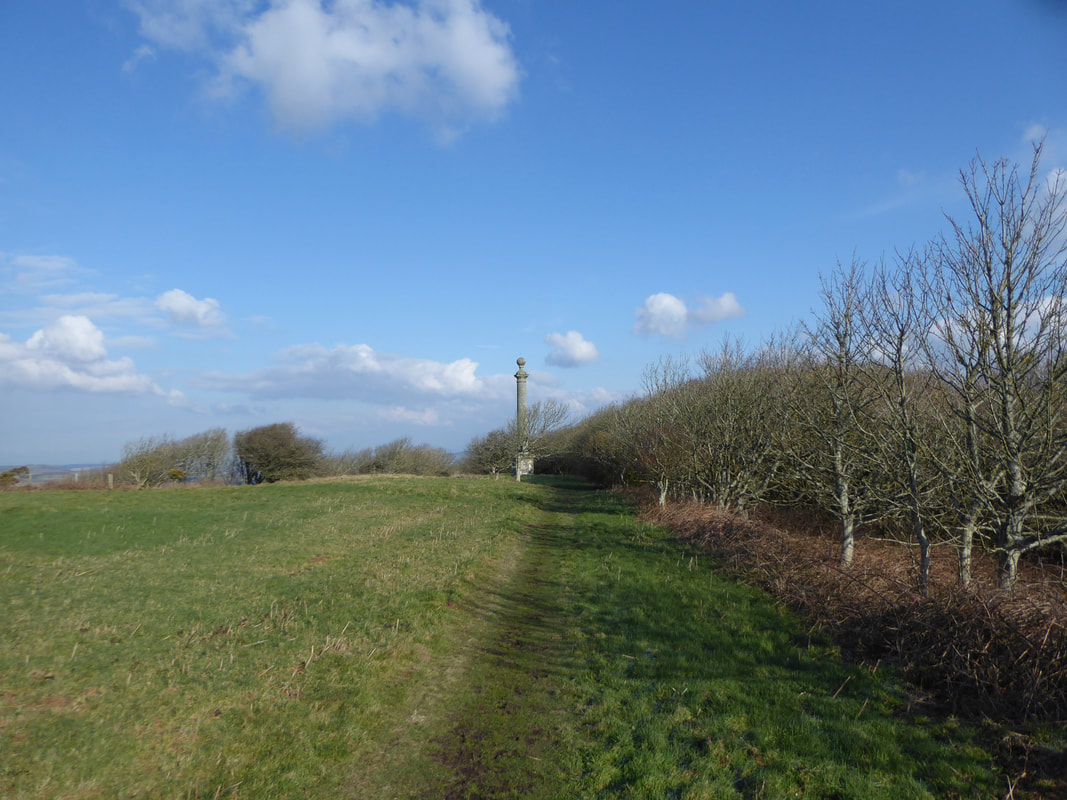 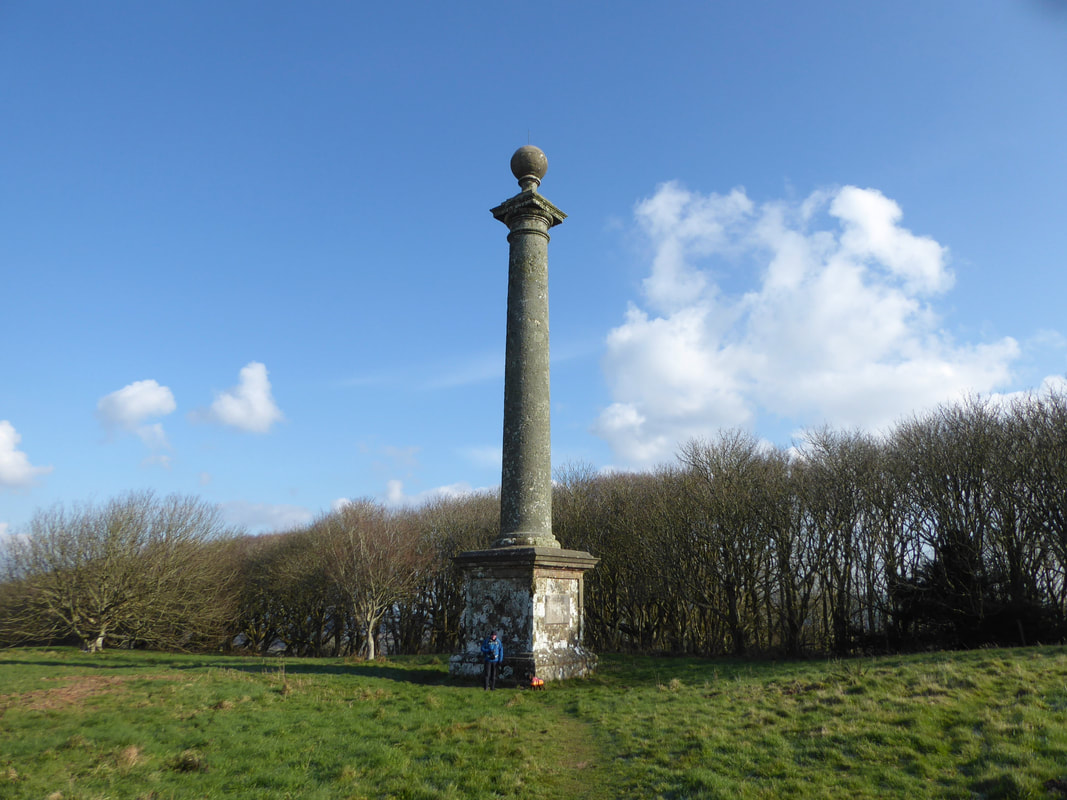 Myself & Fudge at Hoy's Monument

Michael Hoy, a successful Russian merchant who had a home on the Isle of Wight had the monument erected to commemorate the visit to Britain in 1814 of ‘His Imperial Majesty Alexander the 1st, Emperor of all the Russias’. Tsar Alexander the First was held in high esteem by the British because he had dealt a serious blow to Napoleon's ambitions to dominate Europe by repelling the French invasion of Russia in 1812. Although he visited Portsmouth, the Tsar did not make the short crossing to the Isle of Wight. Nevertheless, Michael Hoy wished to mark the event ‘In Remembrance of many happy Years Residence in his Dominions’ as the inscription on the pillar proclaims. 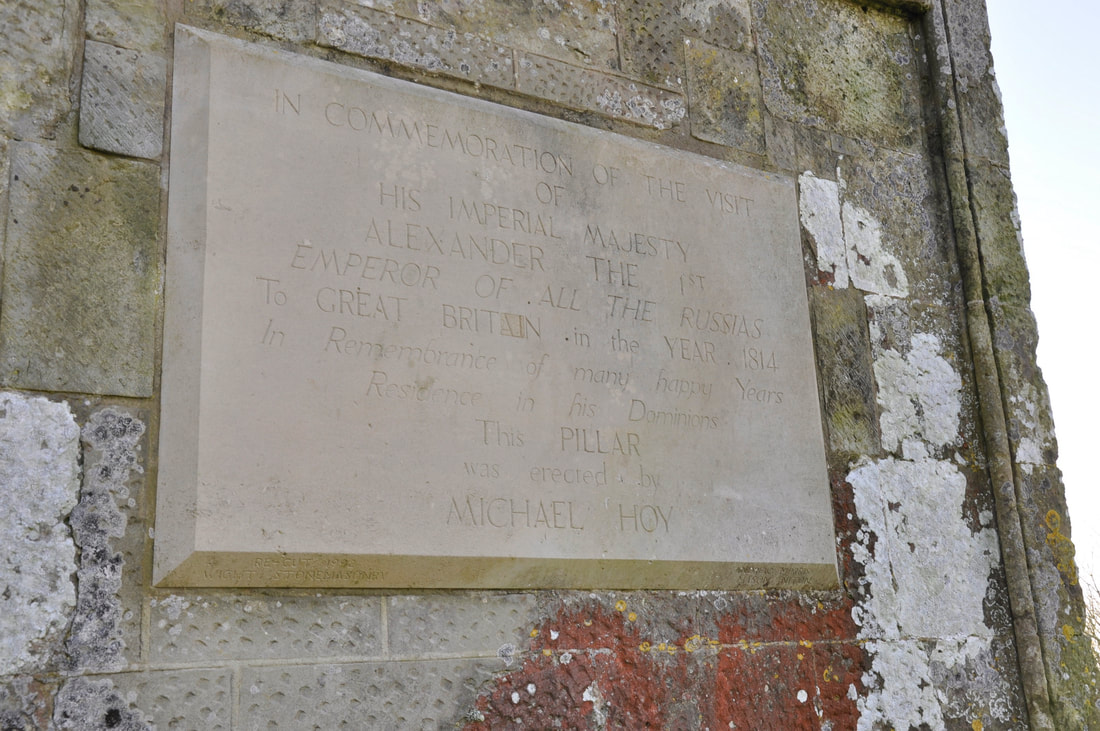 The stone pillar adorning one side of Hoy's Monument 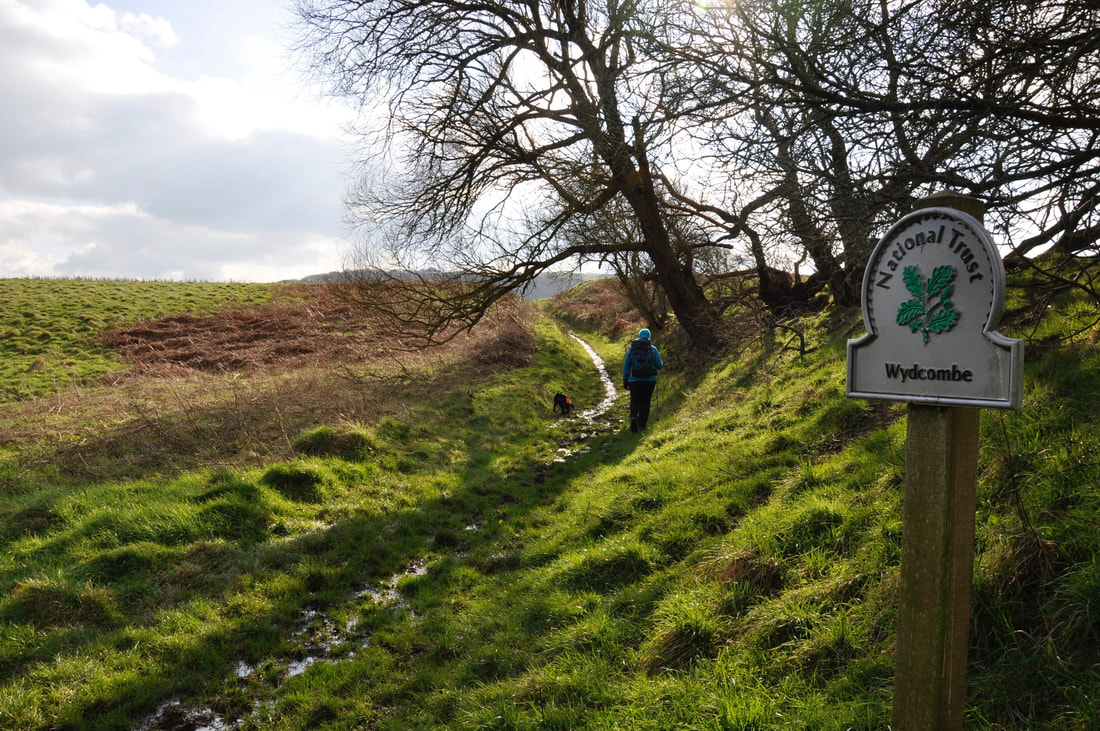 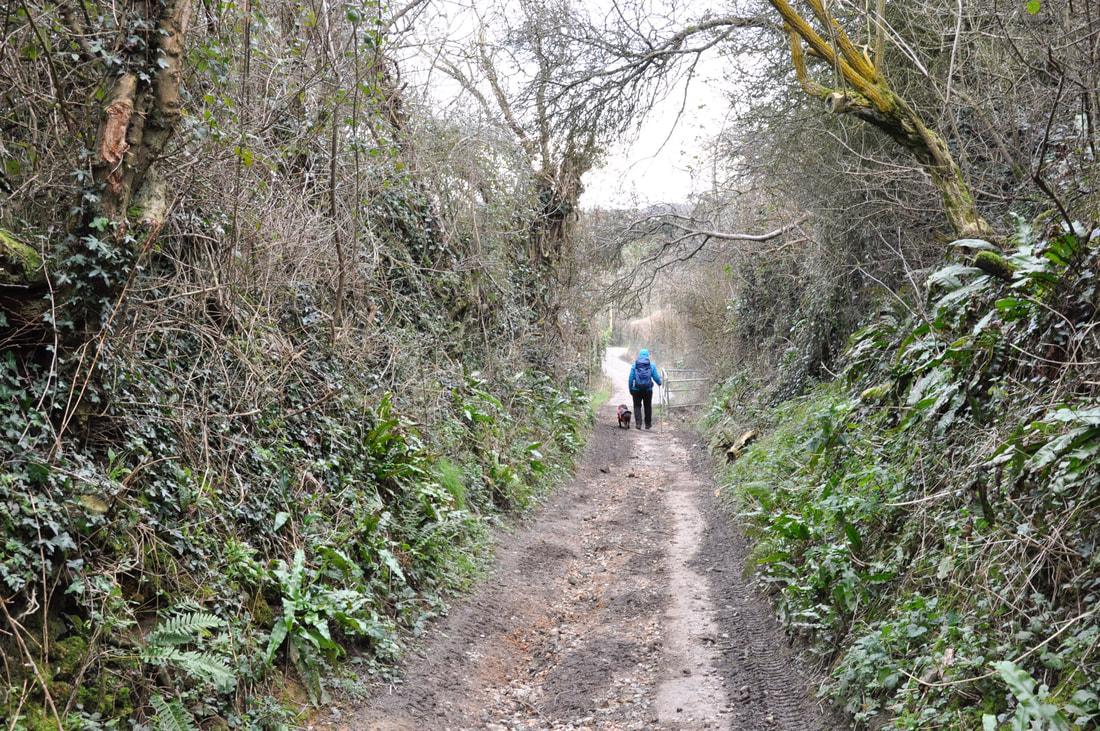 Heading down Bury Lane towards the village of Niton 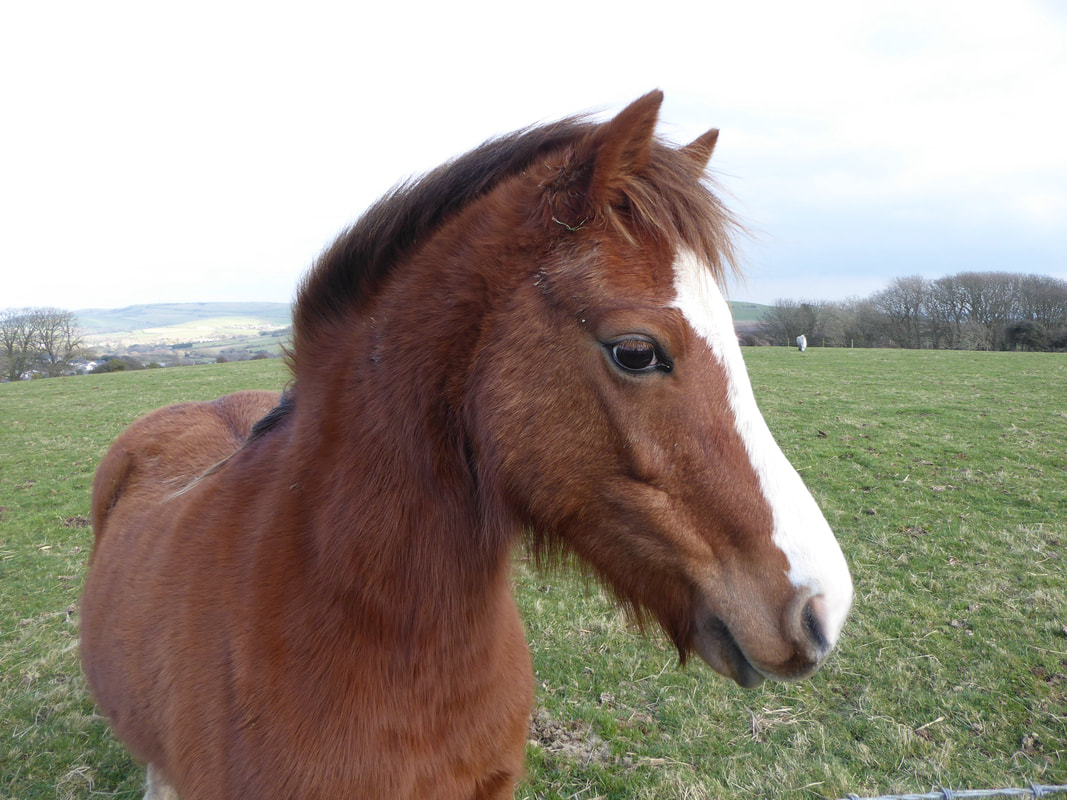 This chap was extremely placid and interested in us - sorry pal, got no carrots today 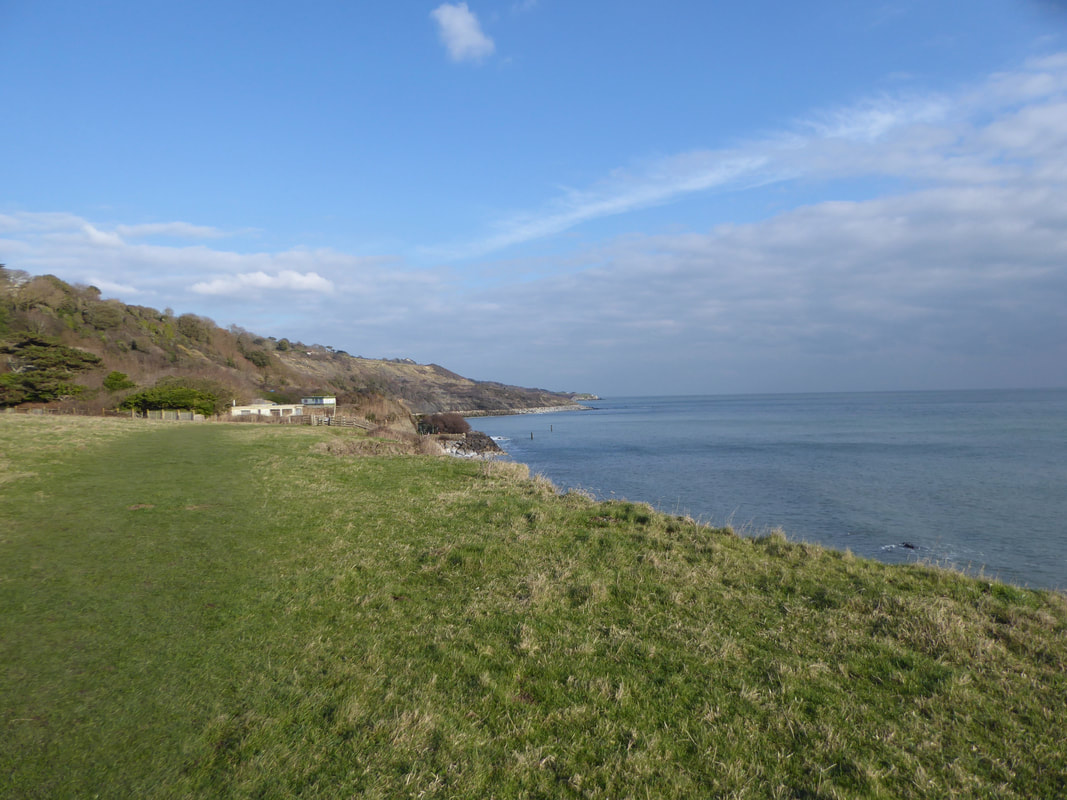 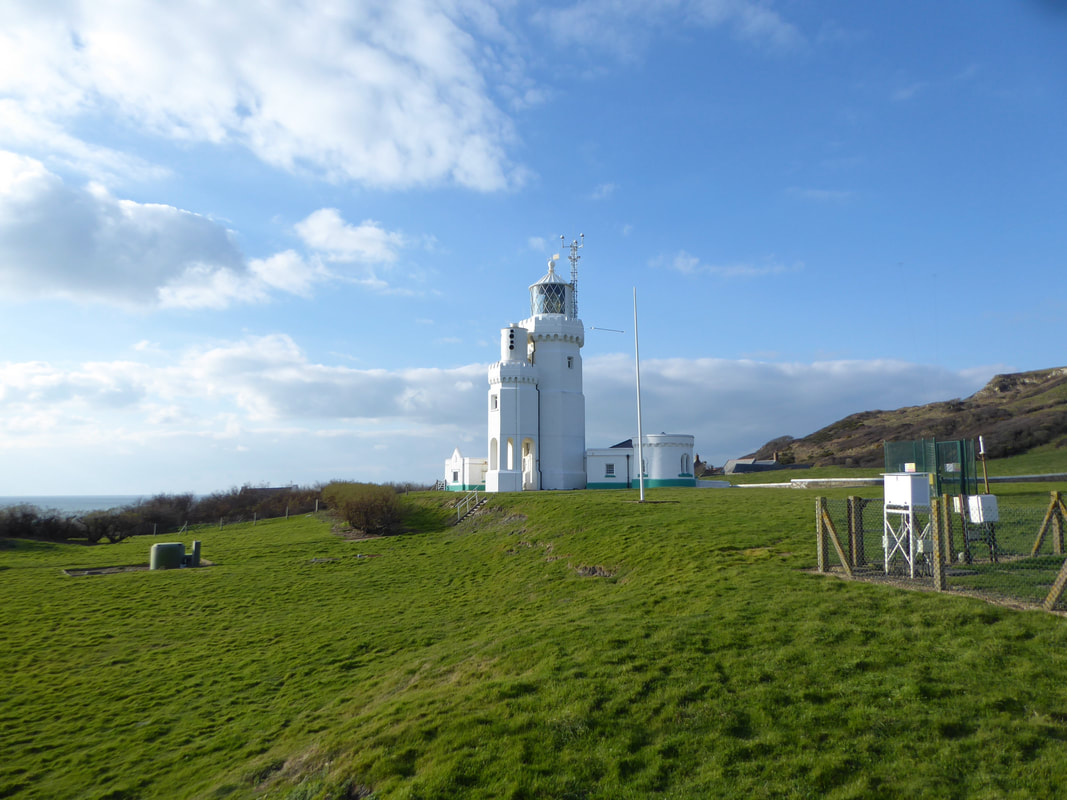 Built in 1838, the lighthouse began operation in 1840. When the cows on the Downs first saw its light, they're said to have stampeded in fear. In 1875, the height of the elegant 3-tier octagonal tower was reduced substantially as, like its predecessors its light was often shrouded in mist. It was one of the first lighthouses in the world to be powered by electricity when arc lamps were installed in 1888. They could be seen for an incredible 18 miles. The original fog signal house was on a cliff nearer the sea but was at risk of collapse due to erosion. In 1932, it was replaced by a shorter tower next to the main lighthouse. Being similar in style, they're known locally as the Cow and Calf.  St. Catherine’s Lighthouse was automated in 1997 with the keepers leaving the lighthouse on 30 July that year. 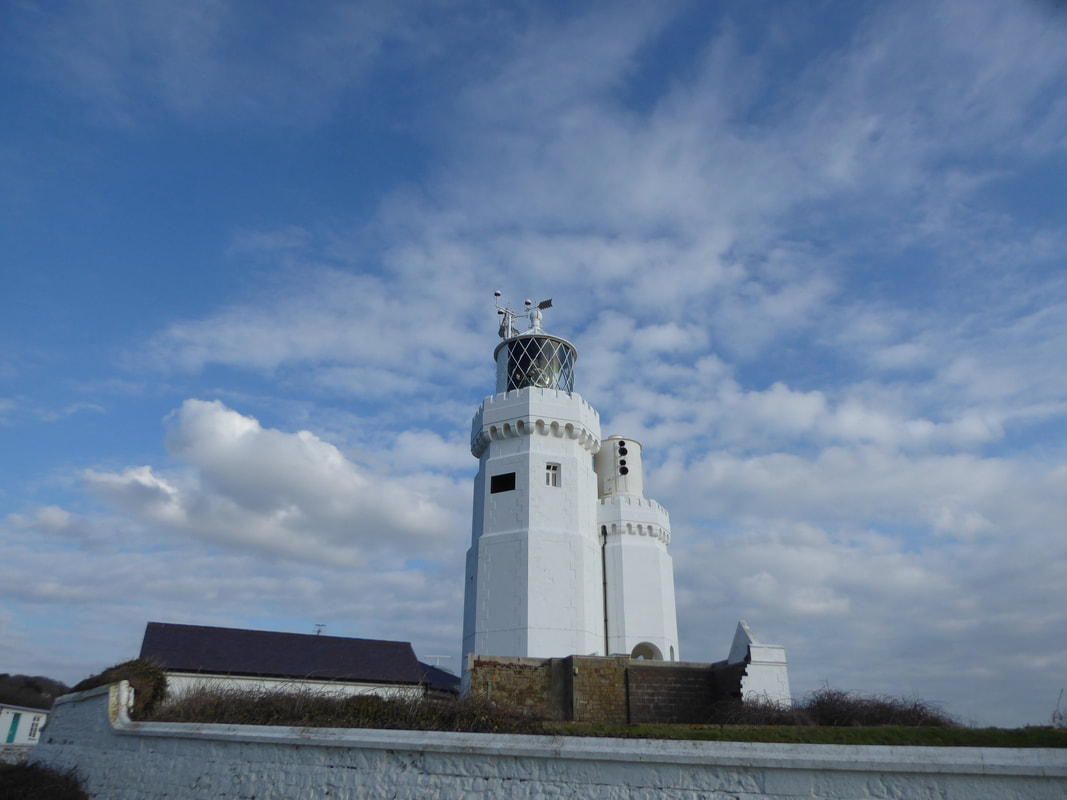 Another view of "The Cow & Calf" 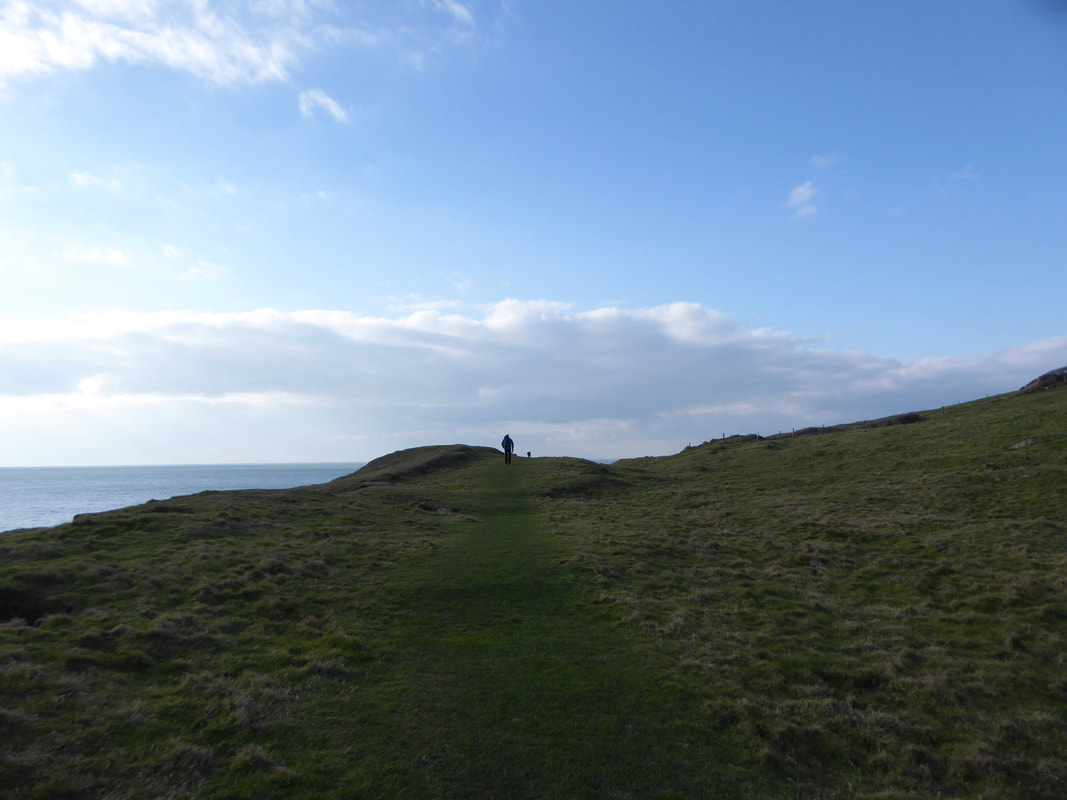 The route continues along the Niton Undercliff 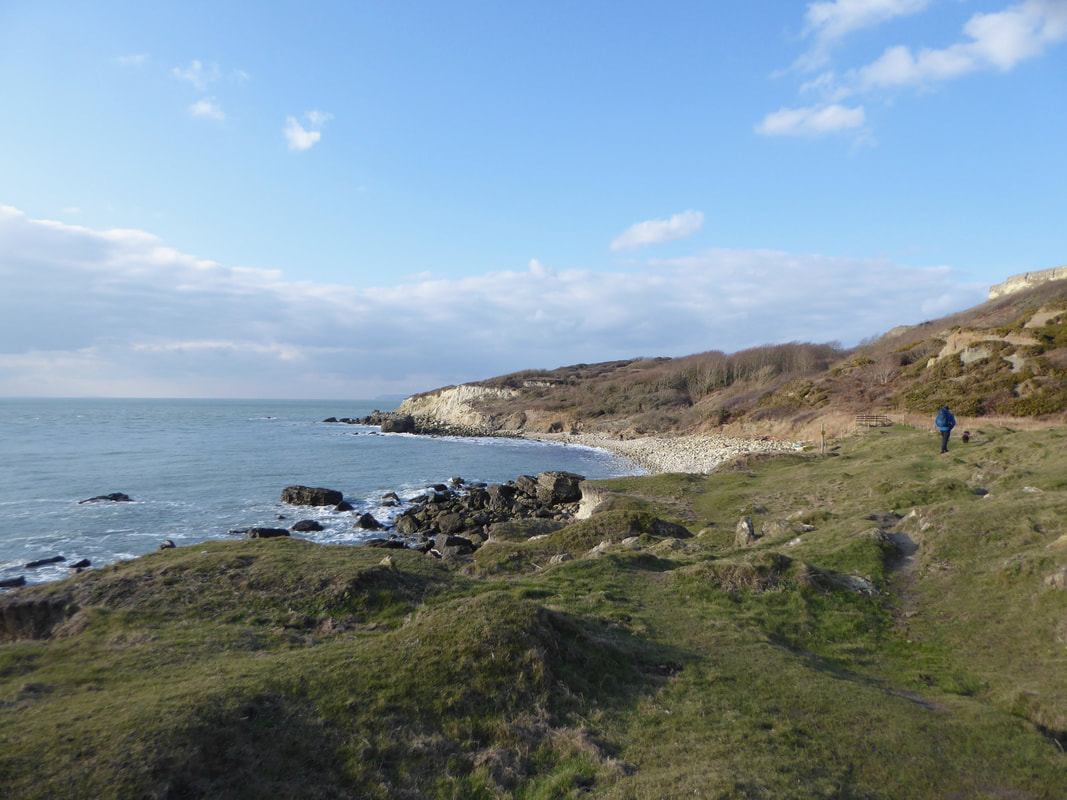 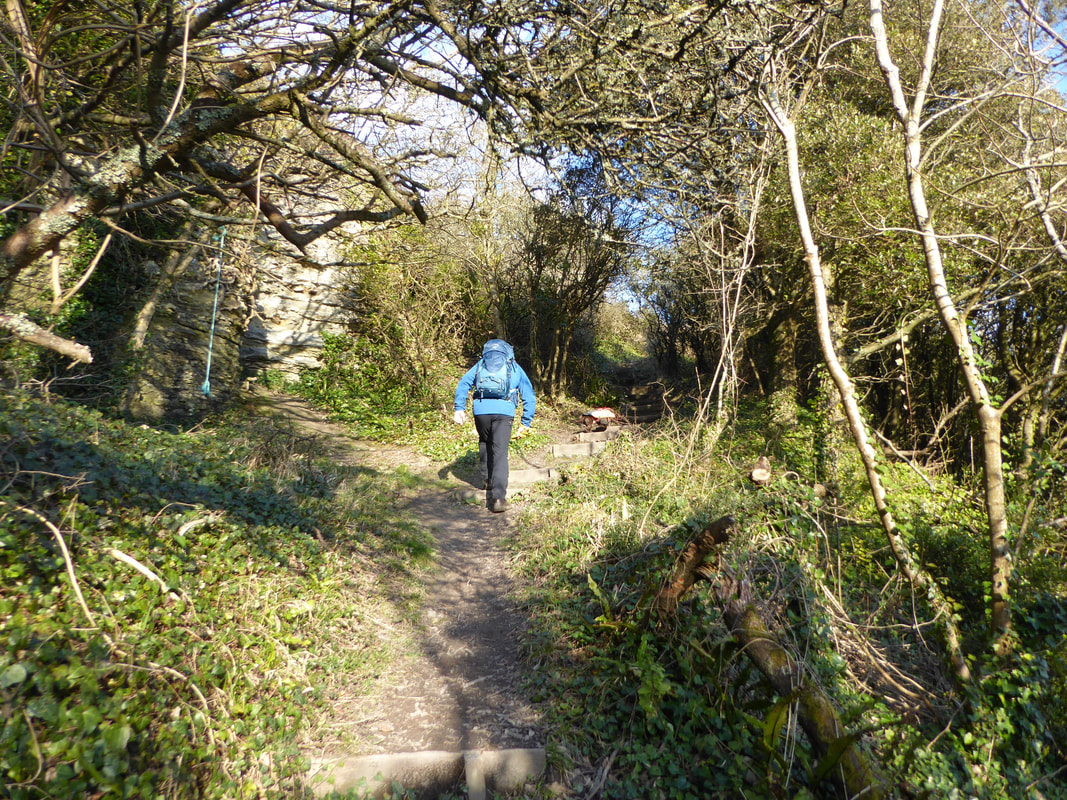 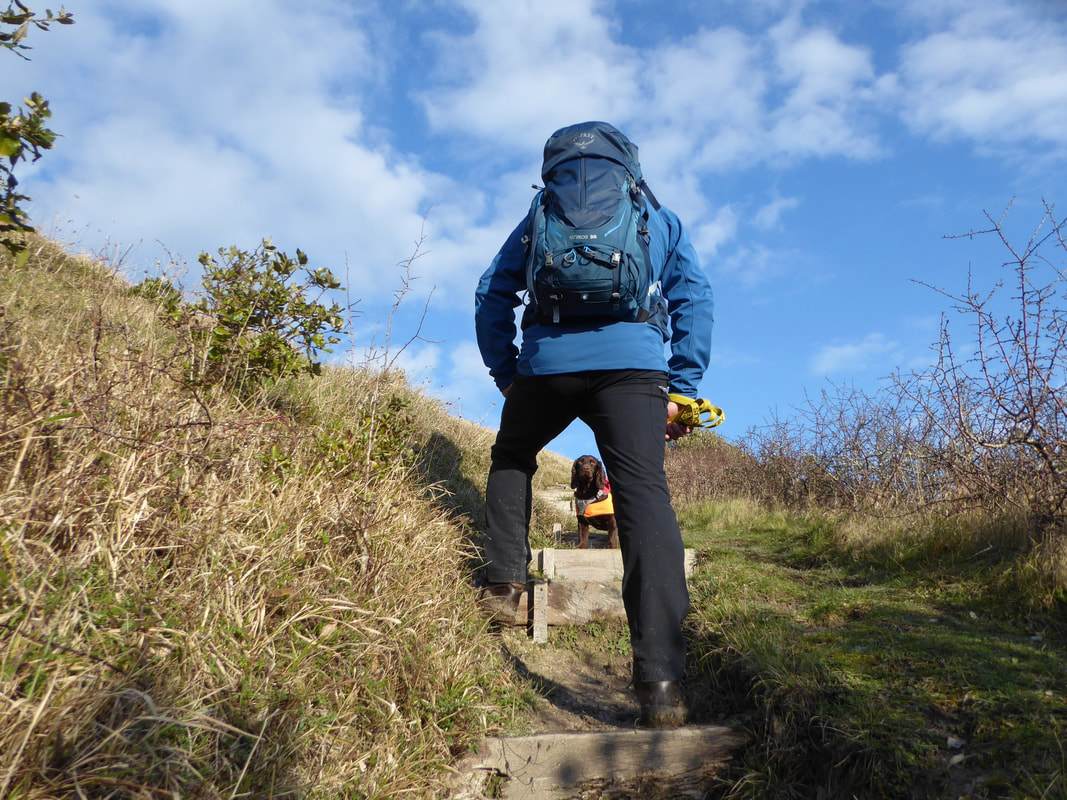 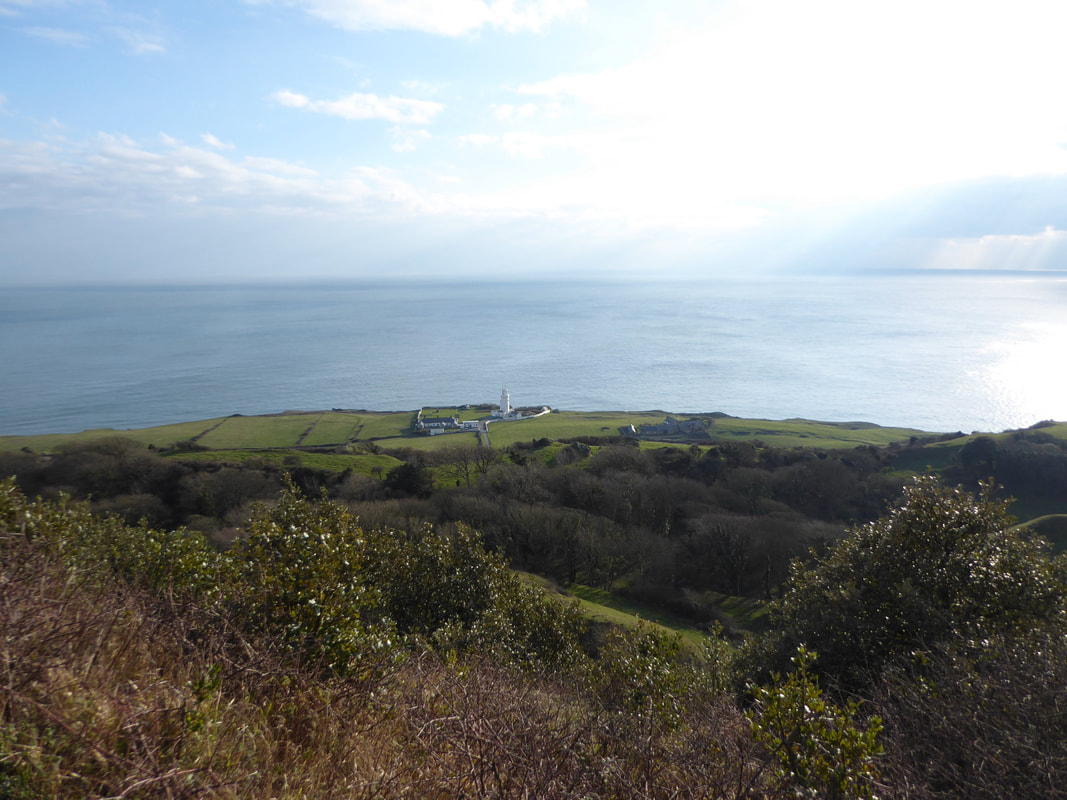 St Catherine's Point & the Lighthouse from the top of the cliffs 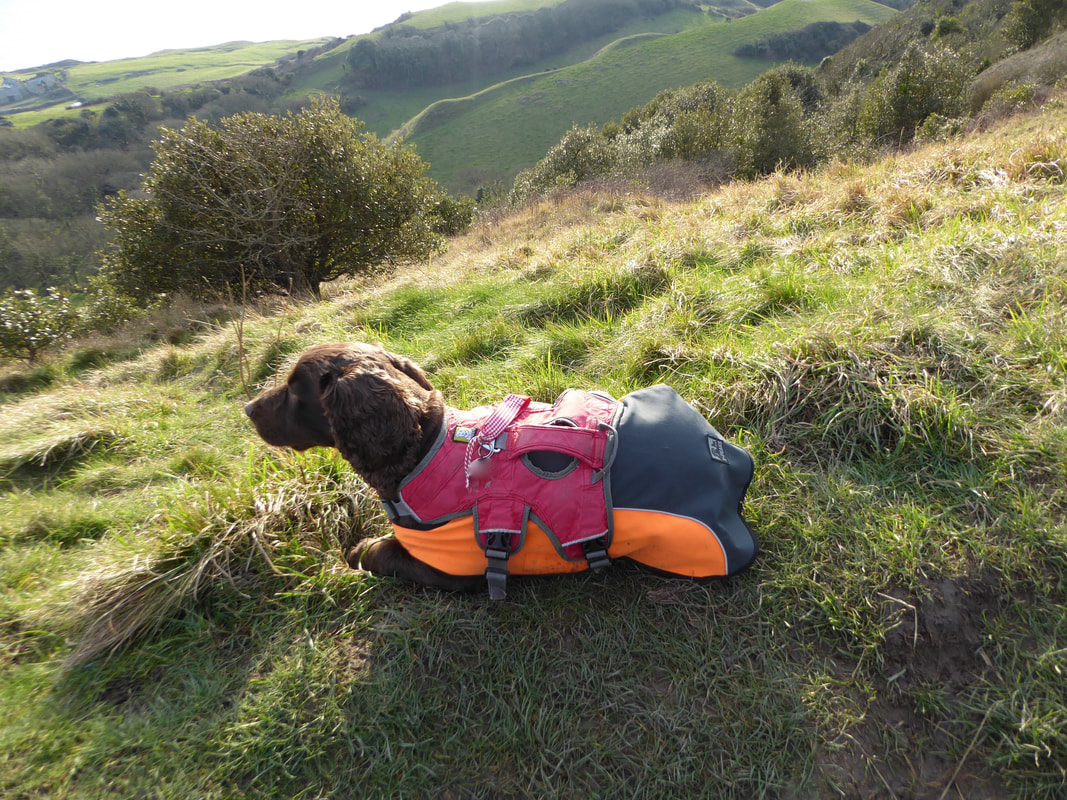