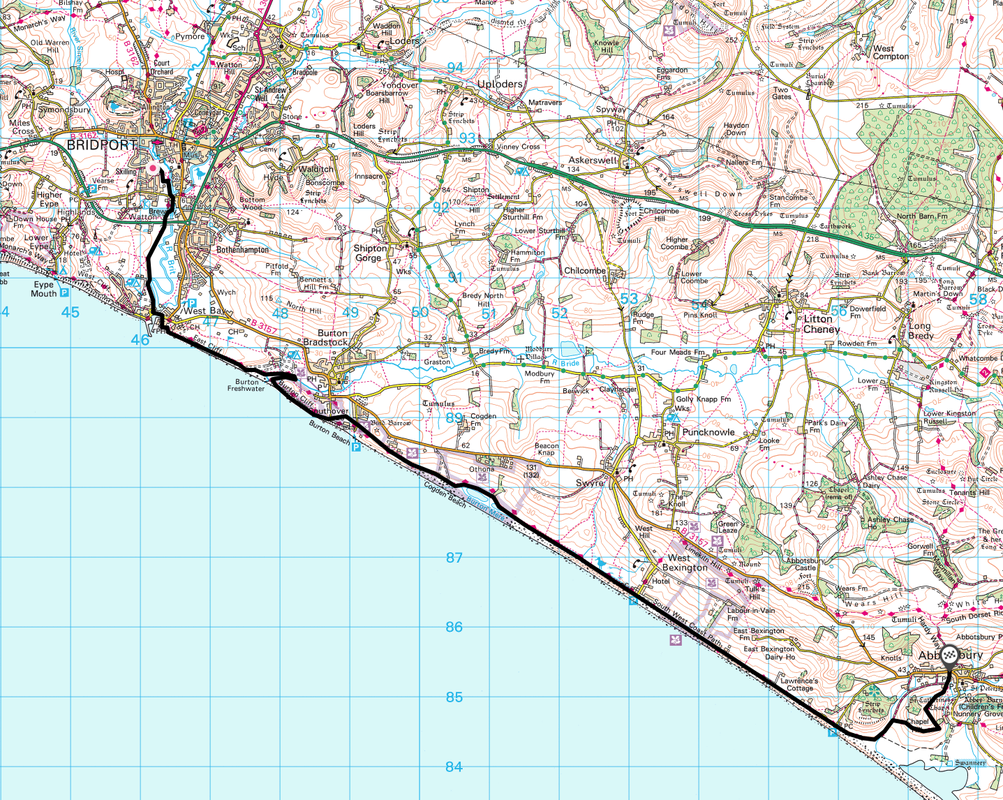 An overcast day as we walked from the door in Bridport to regain the path at West Bay. A quick testy up & down over East Cliff to Freshwater - it should be noted that a few days after we transited above East Beach there was a section of the cliff that eroded away - right next to the path we had passed over. Arriving at Burton Beach we could see it was busy, particularly the cafe and we resisted the temptation to pay their over inflated prices and cracked on past Burton Bradstock.

At Cogden Beach we worked out that the path is signposted behind the shingle on a grassy path - the sign is easy to miss and if we had then we would have been walking along loose shingle to just before West Bexington - a long way. As it was we only had a walk on shingle of about 800 yards before reaching West Bexington. Our guide book suggested that there was a cafe in West Bexington called The Blue Anchor - this has been replaced by one called the Club House which to our immense annoyance was shut on a Monday!!

From the Car Park at West Bexington there was another short walk on the shingle before this turned to tarmac. The road led us to nirvana - also known as the Beach Cafe just below Abbotsbury - drinks & ice cream were taken here. Lovely walk into Abbotsbury via St Catherine's Chapel which grants superb views to The Swannery and down to the village. Couple of beers in The Ilchester Arms before catching the bus back to Bridport.​ 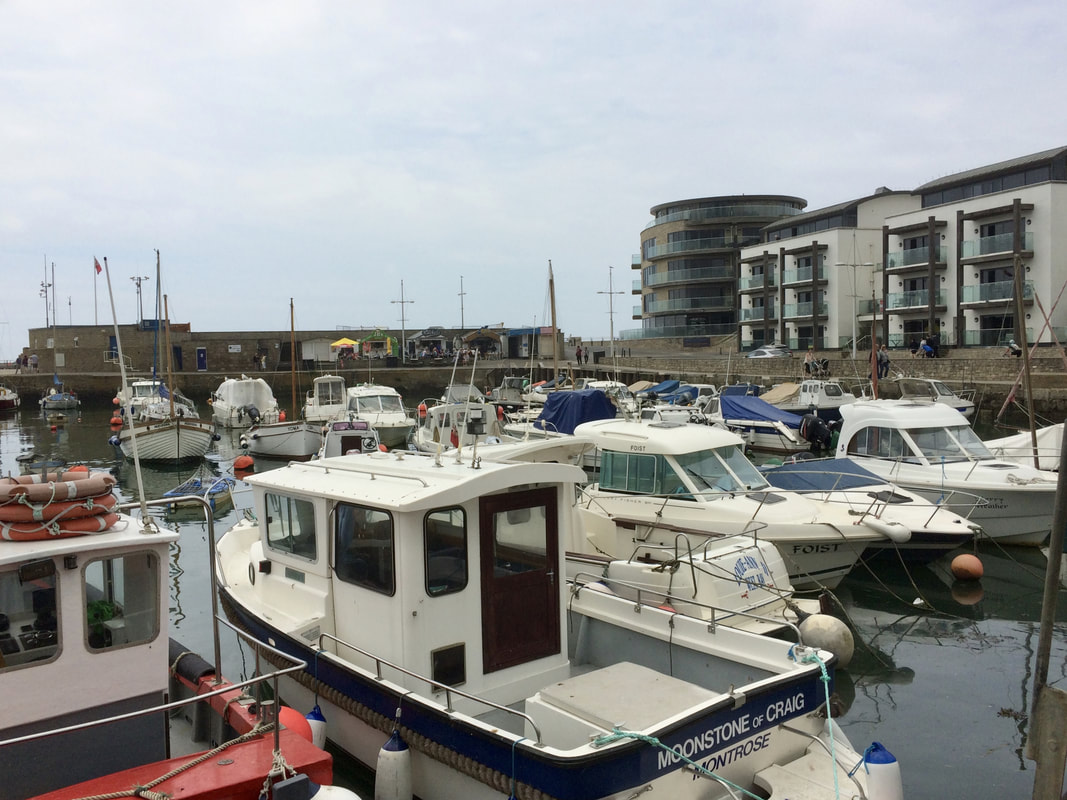 The harbour at West Bay 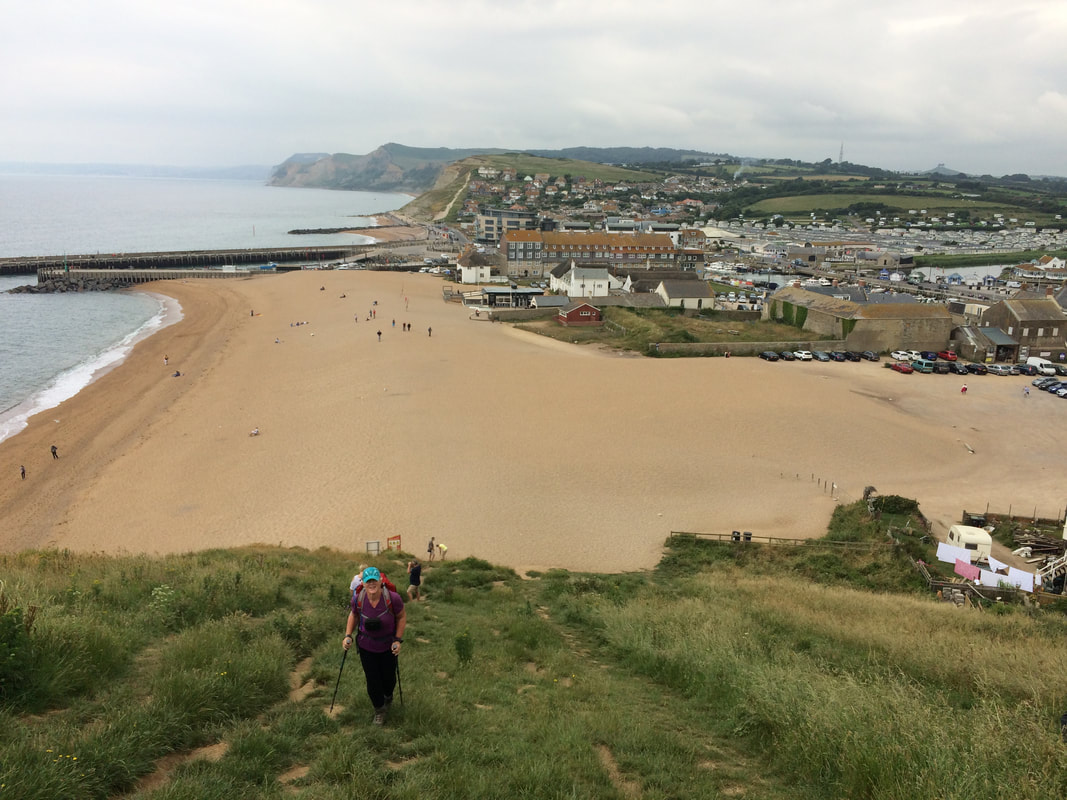 The steep pull up East Cliff with West Bay below 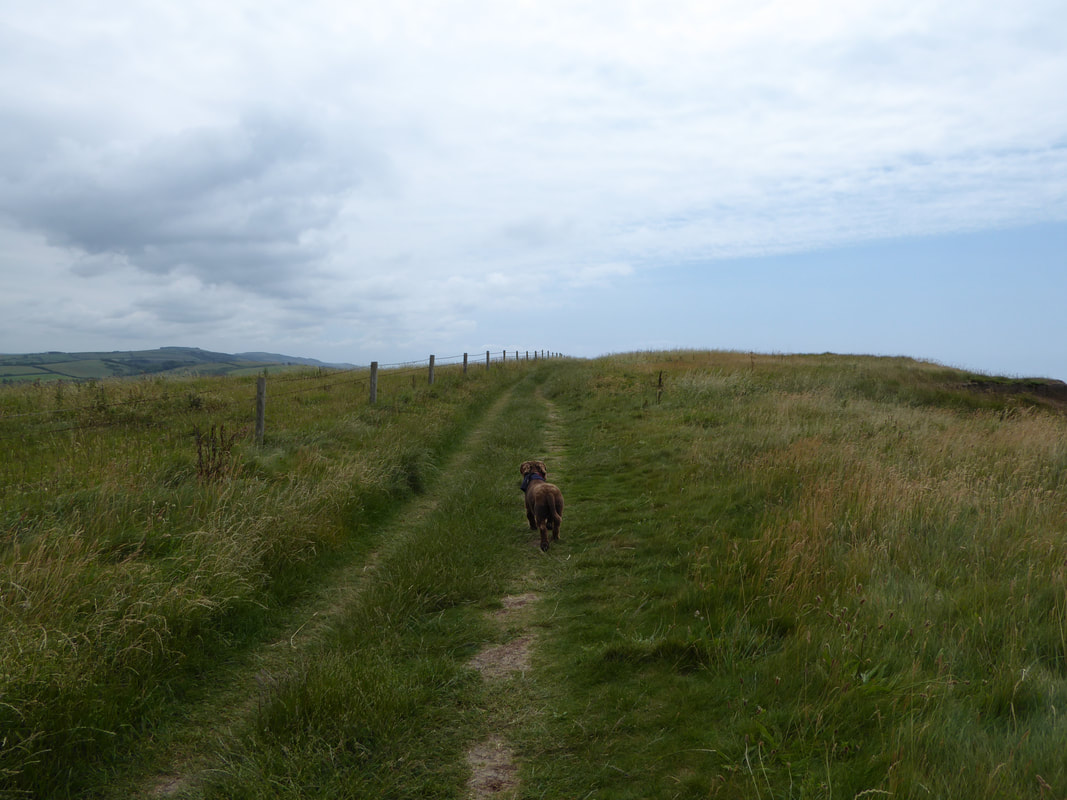 The path that runs adjacent to West Bay Golf Course above East Cliff.
A couple of days later a section of the cliff face collapsed near to the right of where Fudge is now 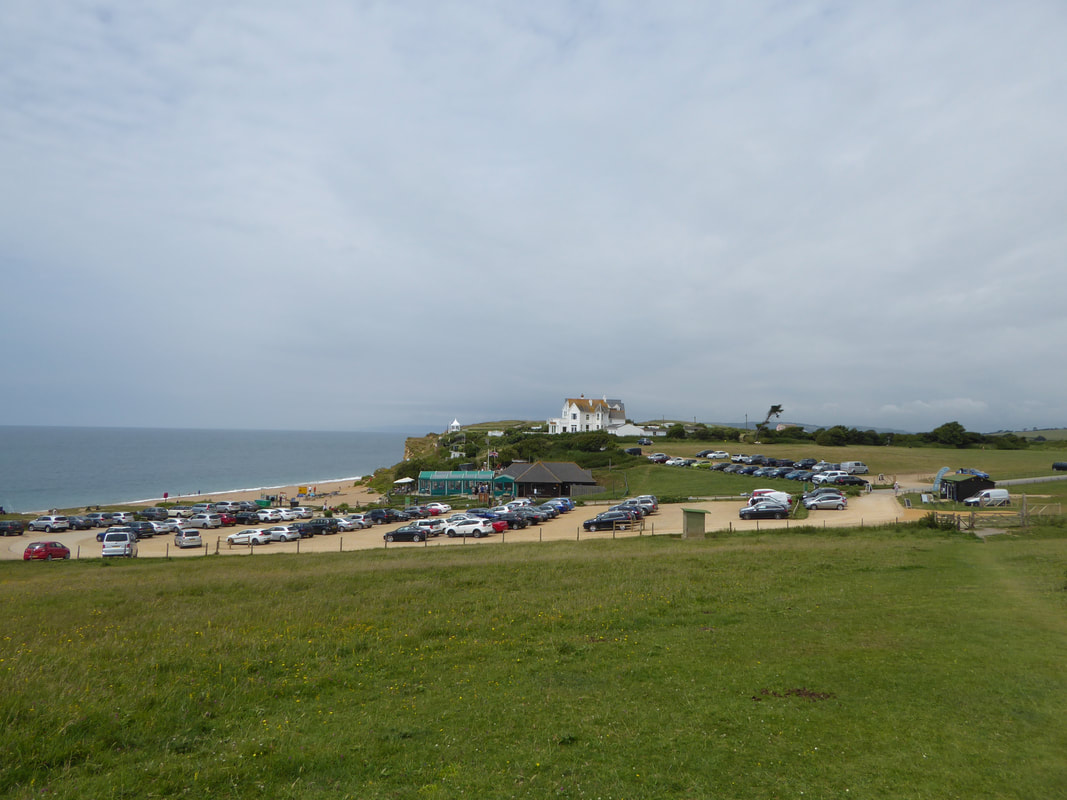 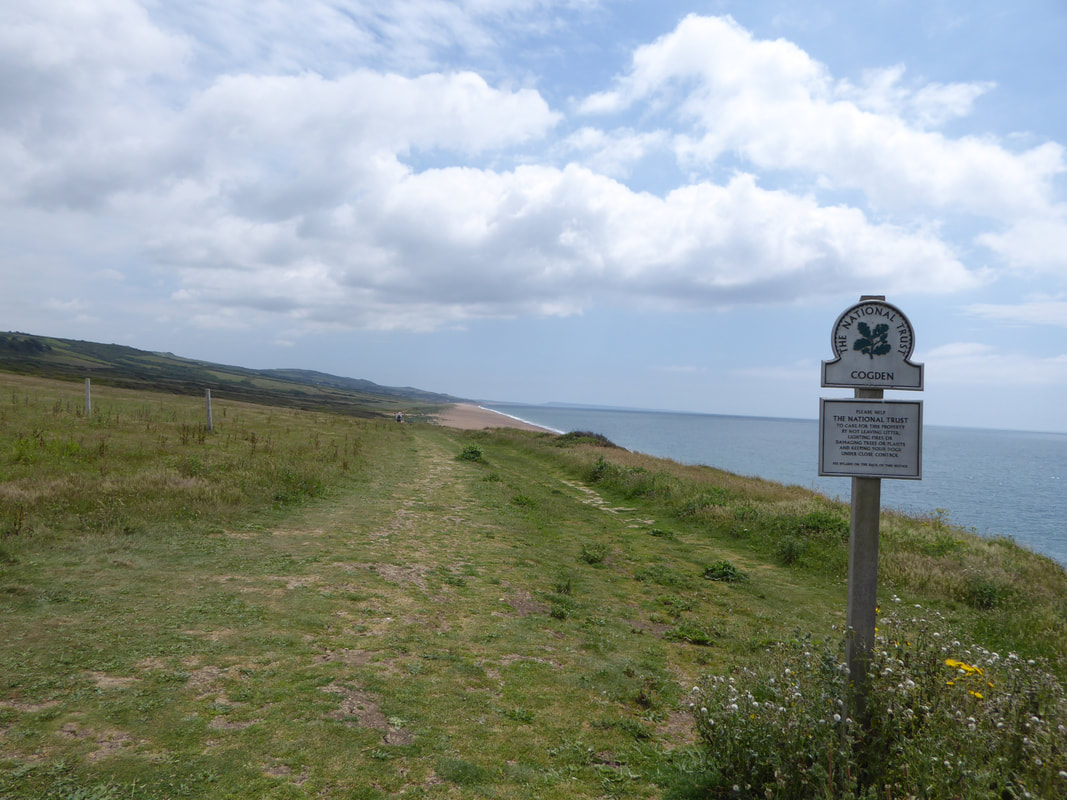 Cogden Beach stretching out ahead of us 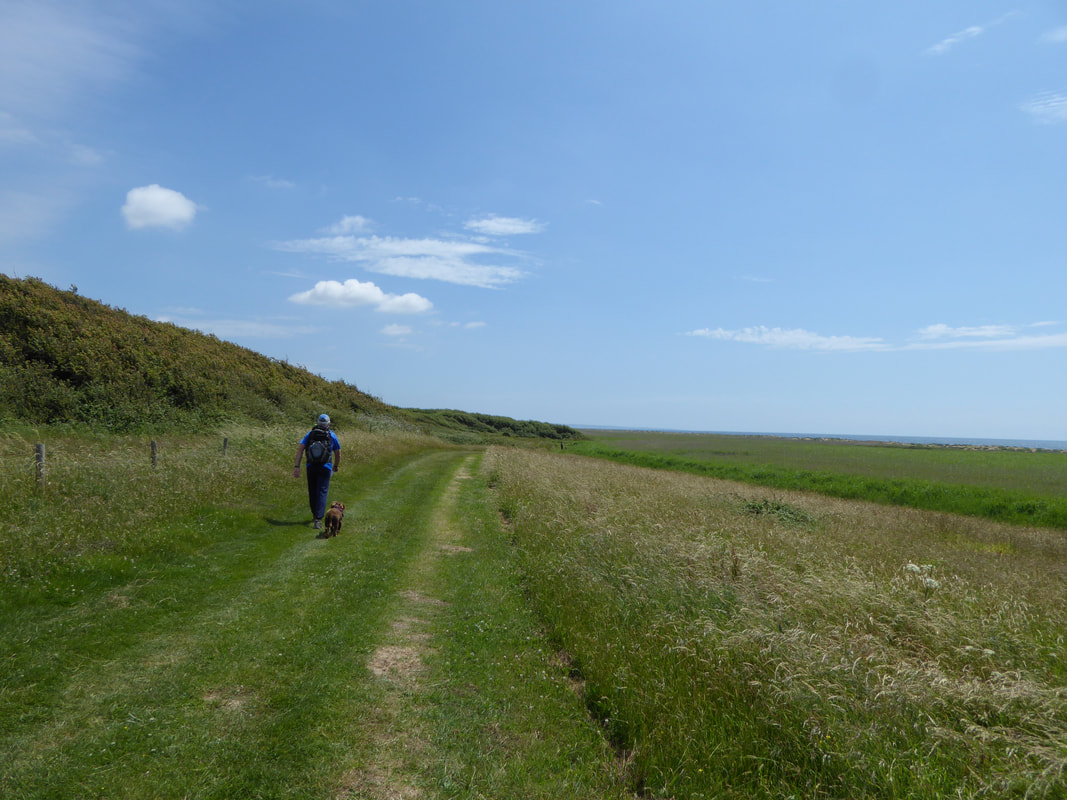 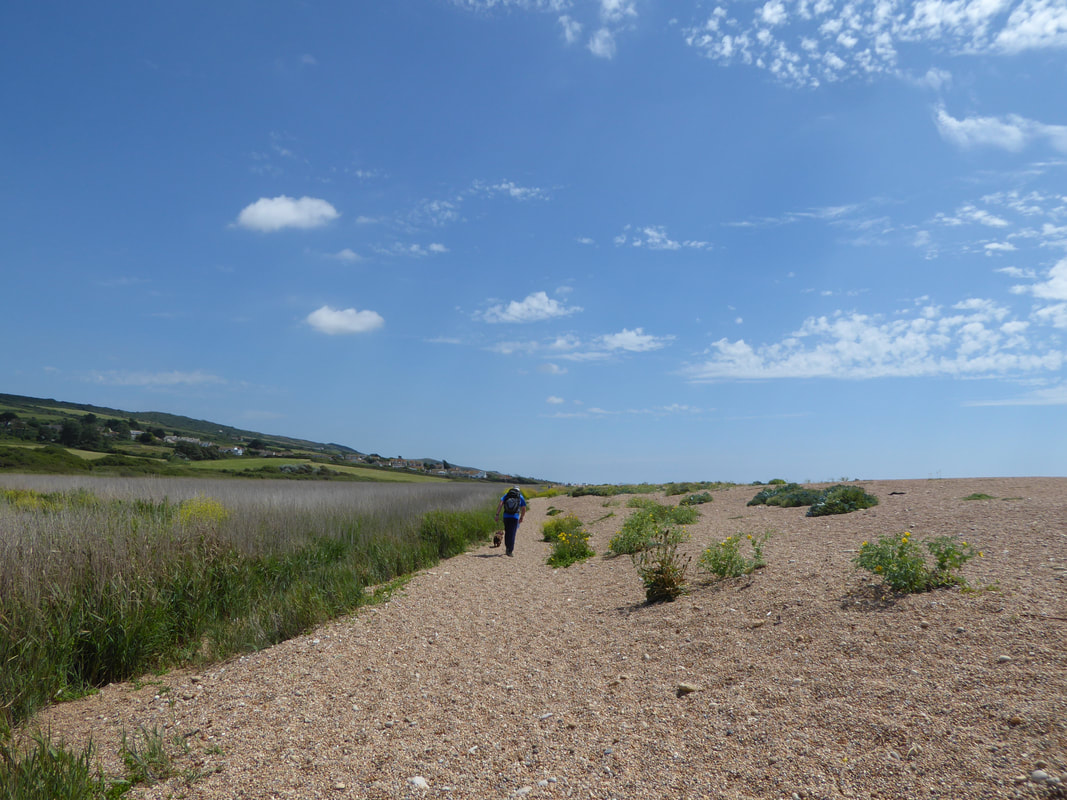 Near West Bexington - just a short section of shingle to negotiate 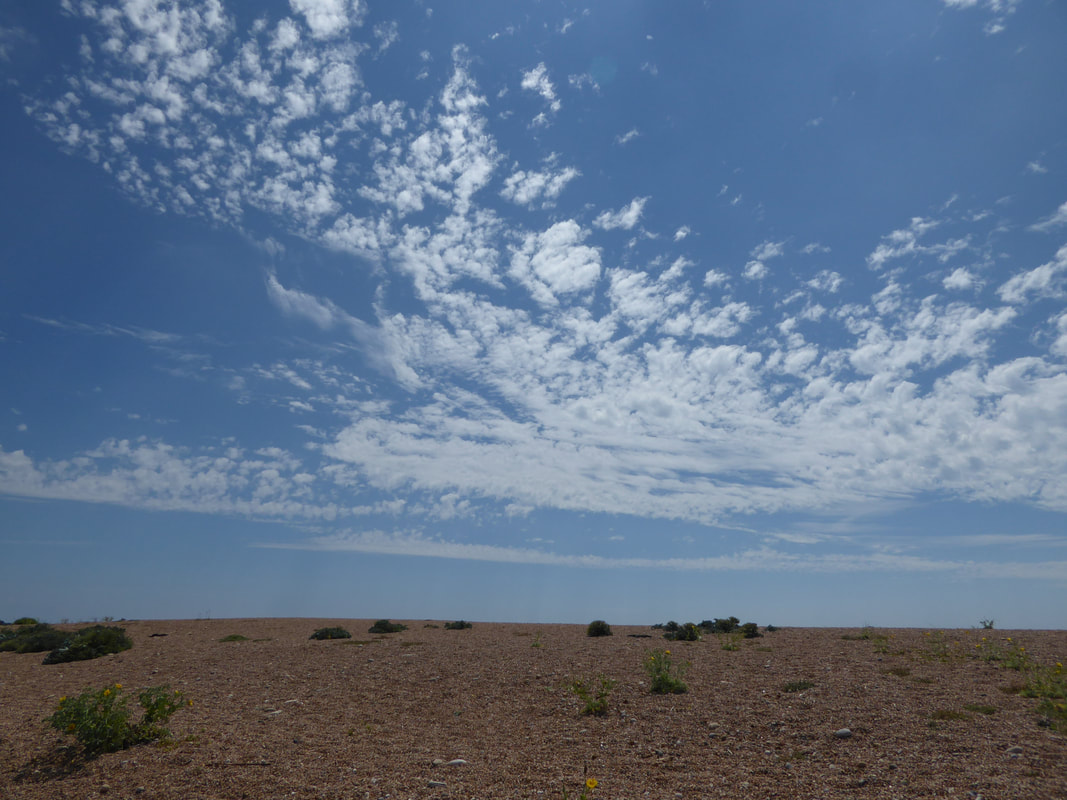 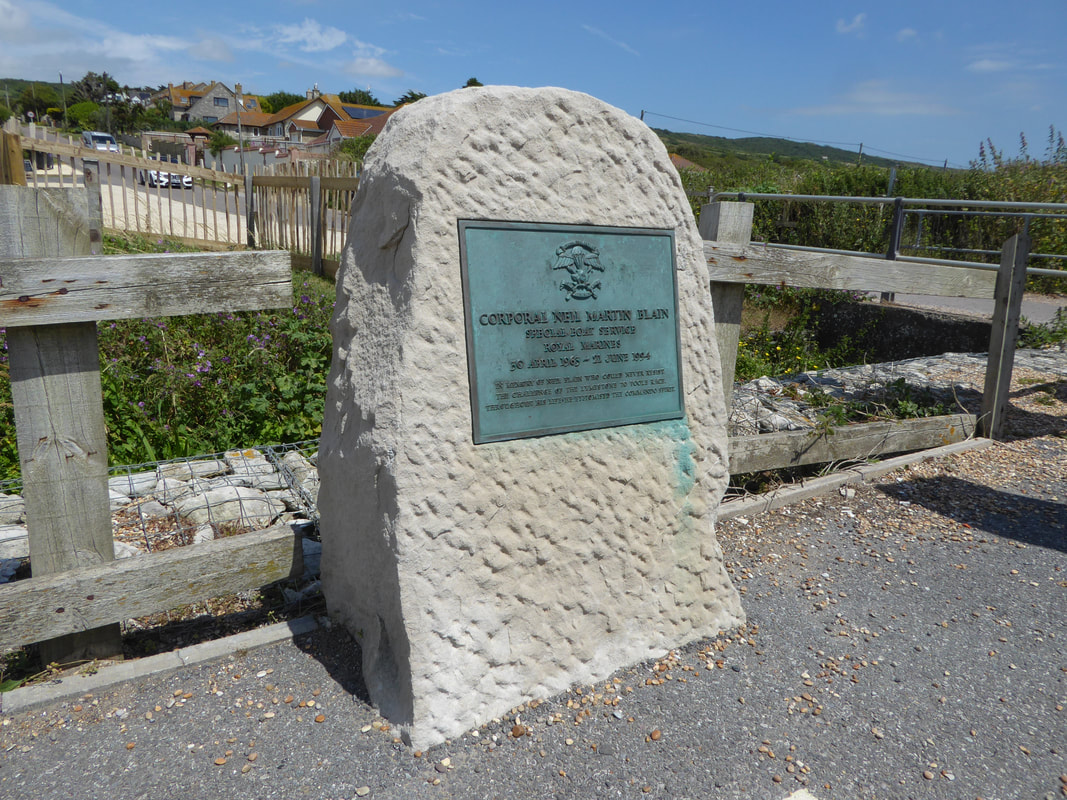 The memorial at West Bexington to Corporal Neil Blain, Royal Marines of the Special Boat Service.
Neil died in a parachuting accident in the USA  - "throughout his life he epitomised the Commando spirit" 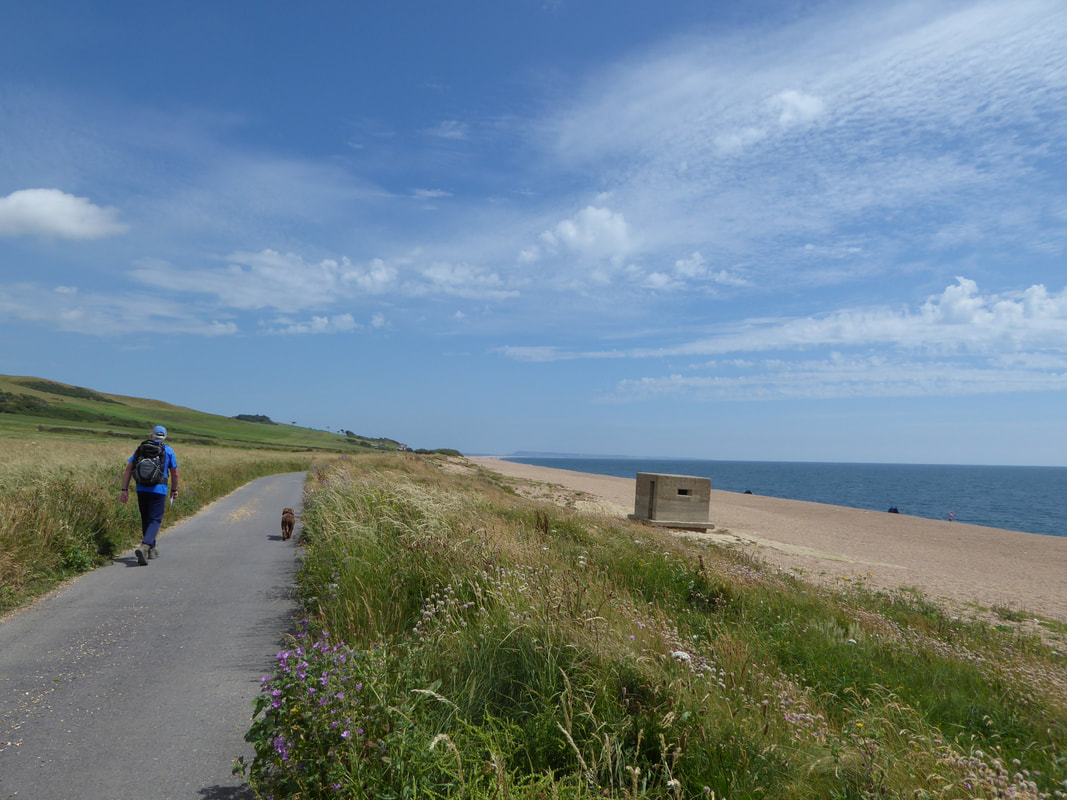 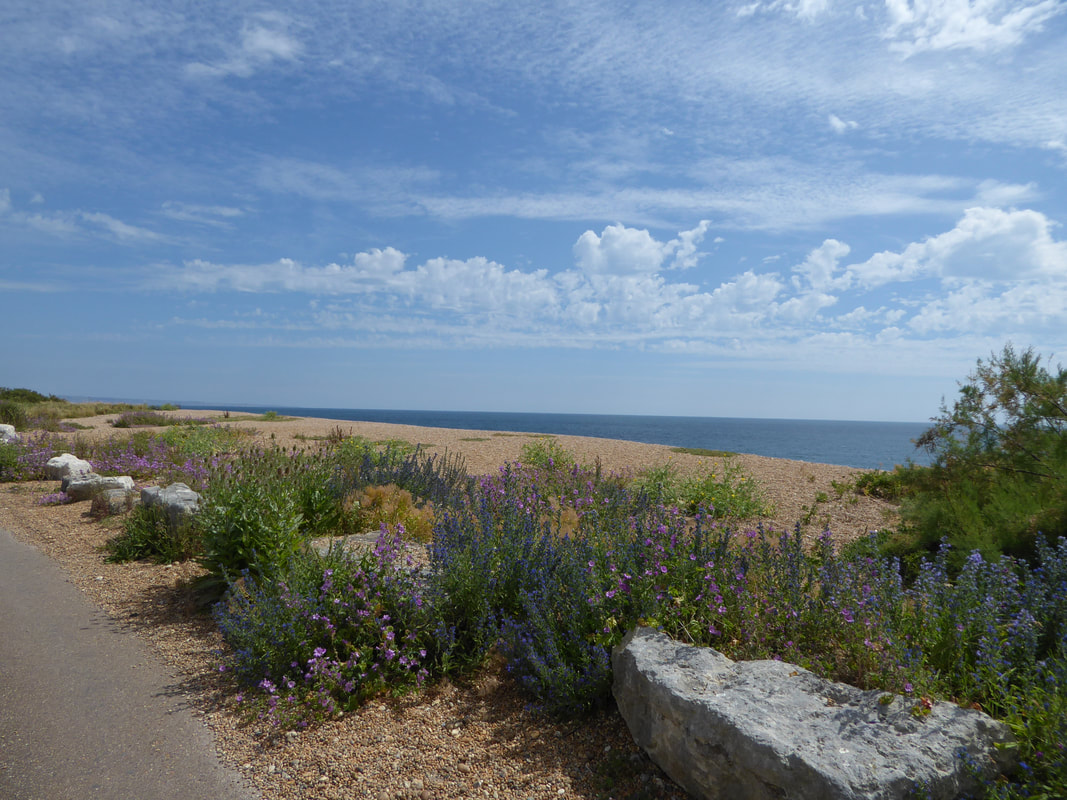 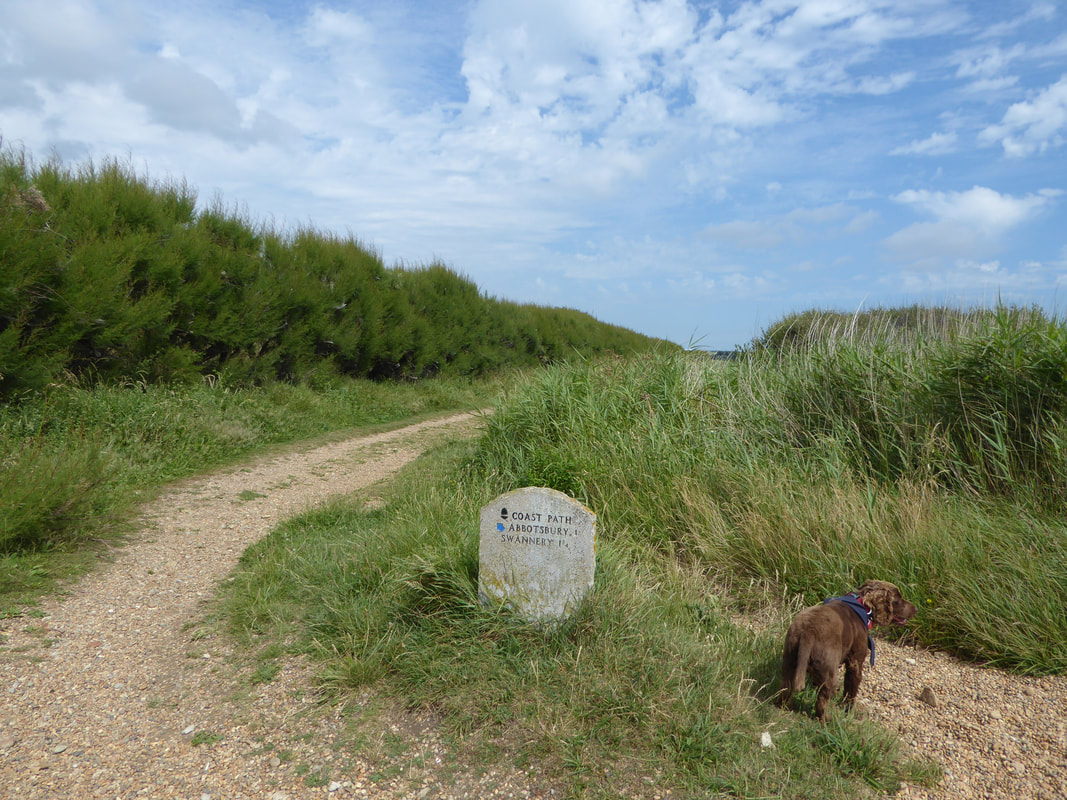 Heading inland now as we near Abbotsbury 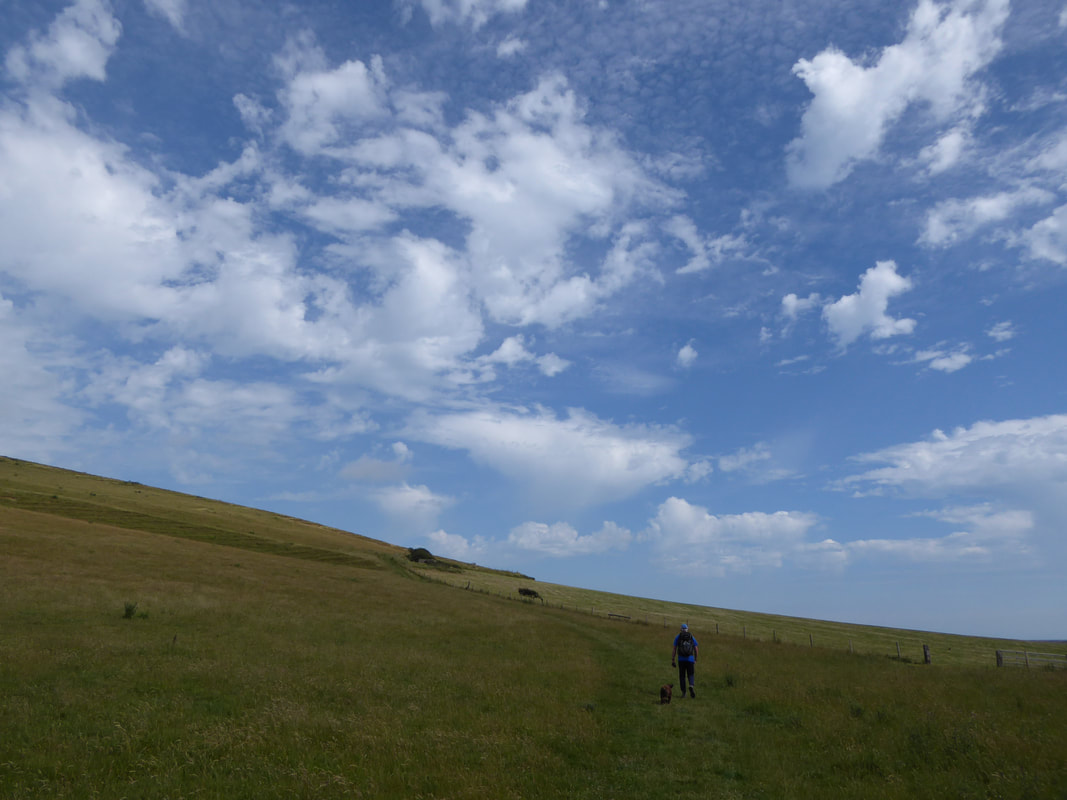 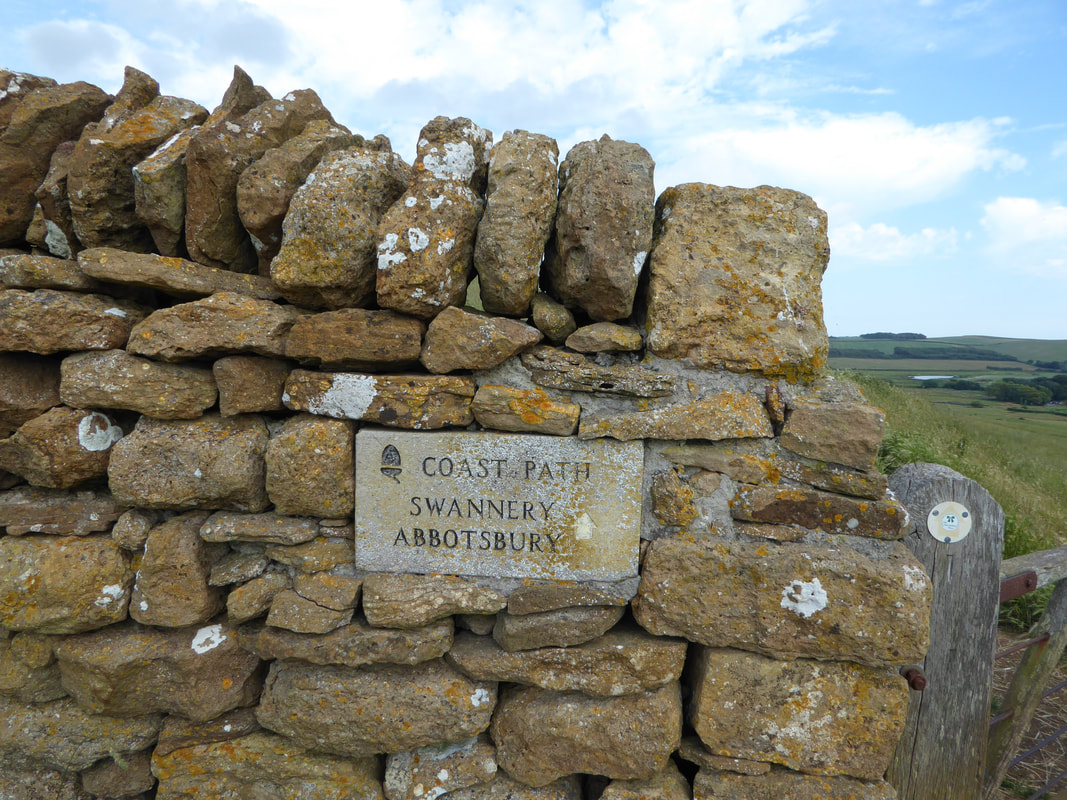 Not short of SWCP signage around here 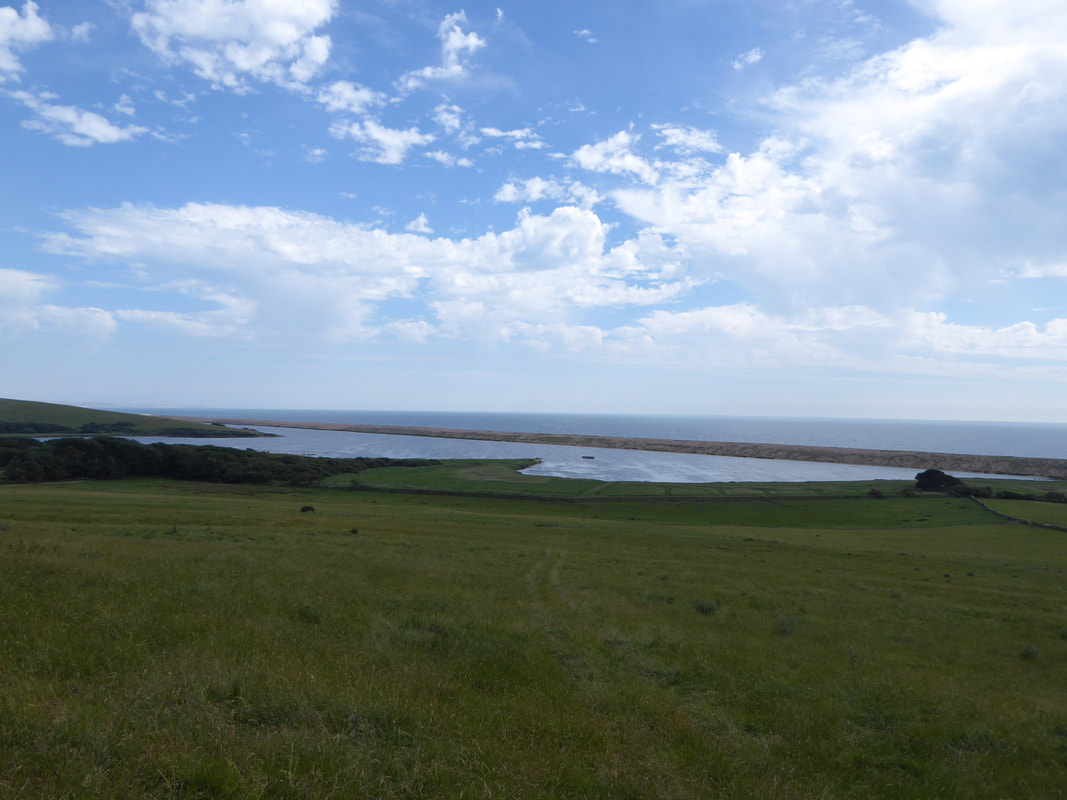 A panoramic from below Chapel Hill 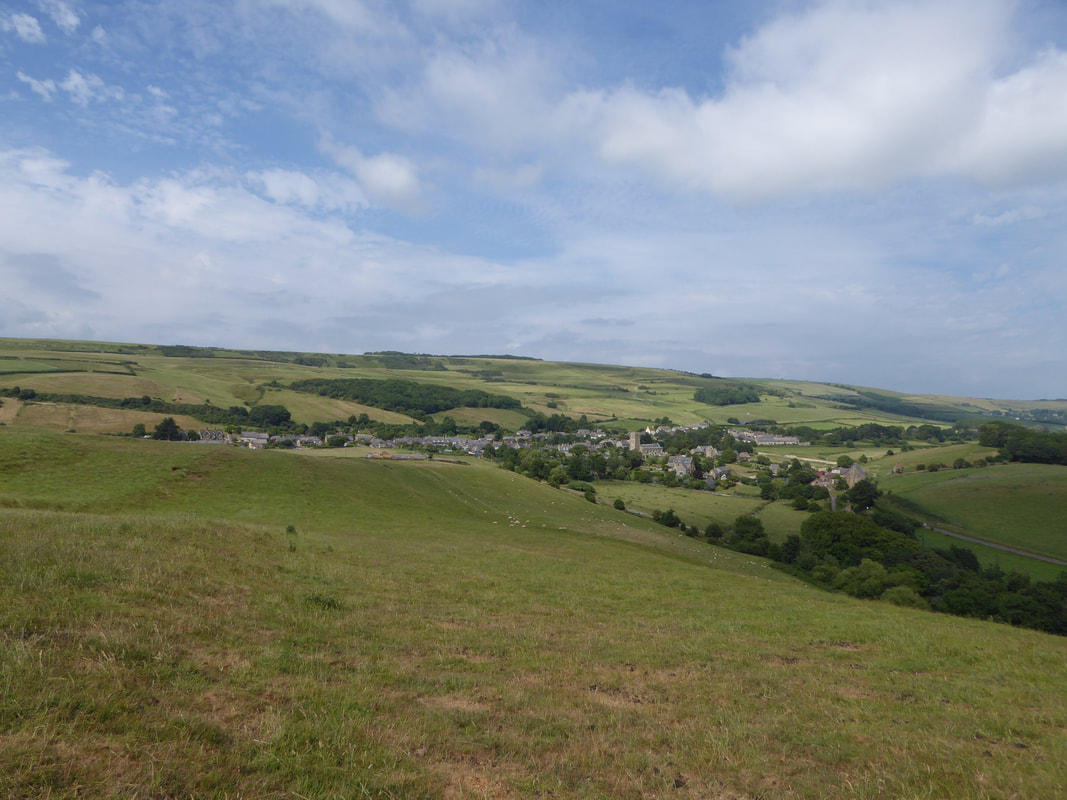 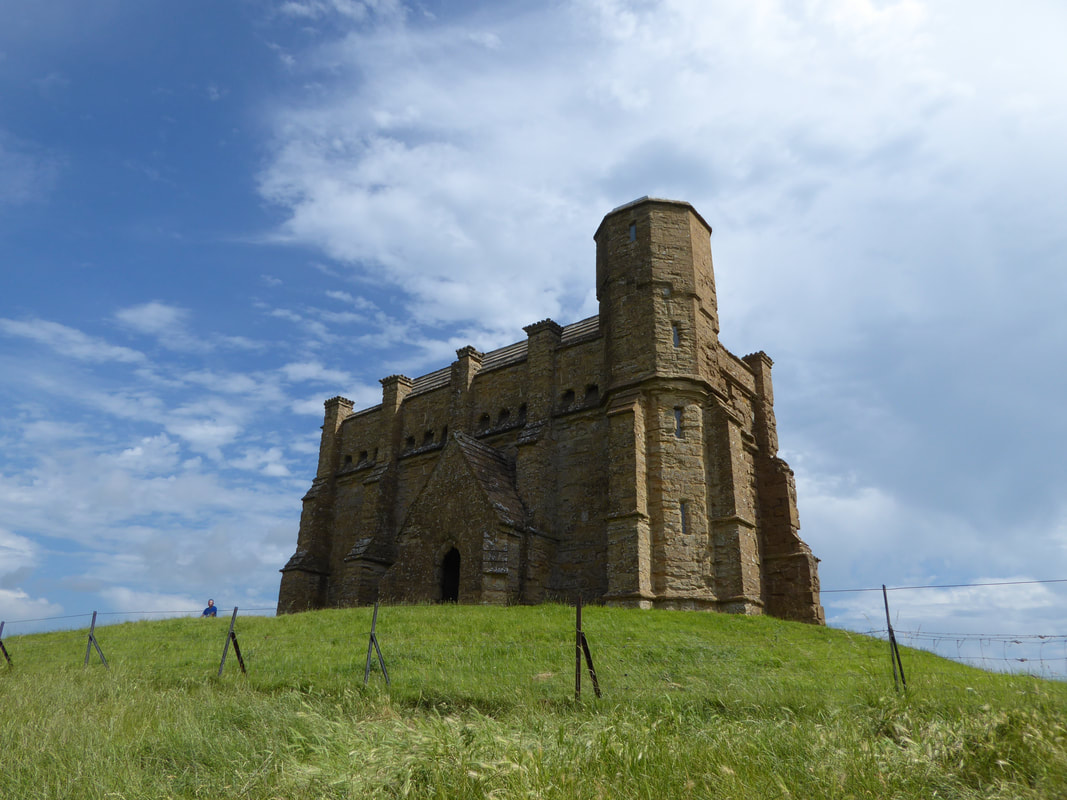 St Catherine's Chapel above Abbotsbury
​The chapel was built in the late 14th Century by Abbotsbury Abbey and was dedicated to St Catherine of Alexandria, one of the most popular saints in late medieval England.  The hilltop location recalls the monastery of St Catherine on Mount Sinai and suggests that the chapel was a place of pilgrimage.  Overlooking the sea, the chapel was used as a beacon, thereby ensuring its survival after Abbotsburry Abbey was dissolved in 1539 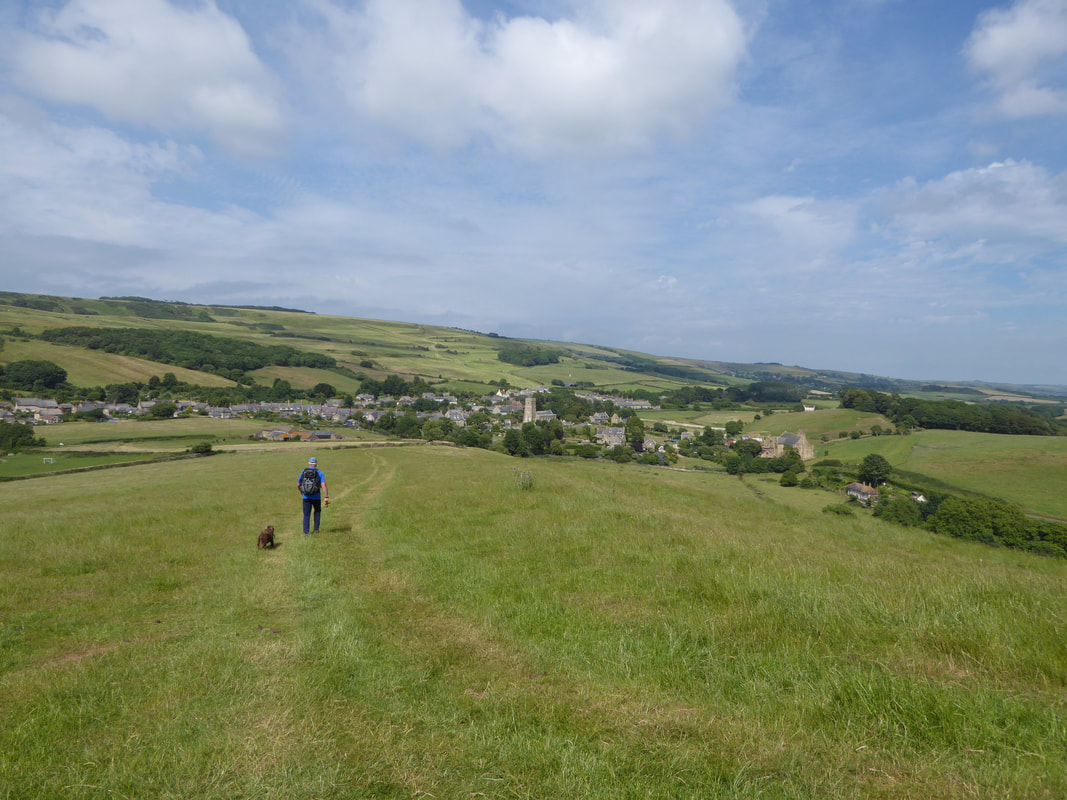 Dropping down into Abbotsbury - I smell Beer 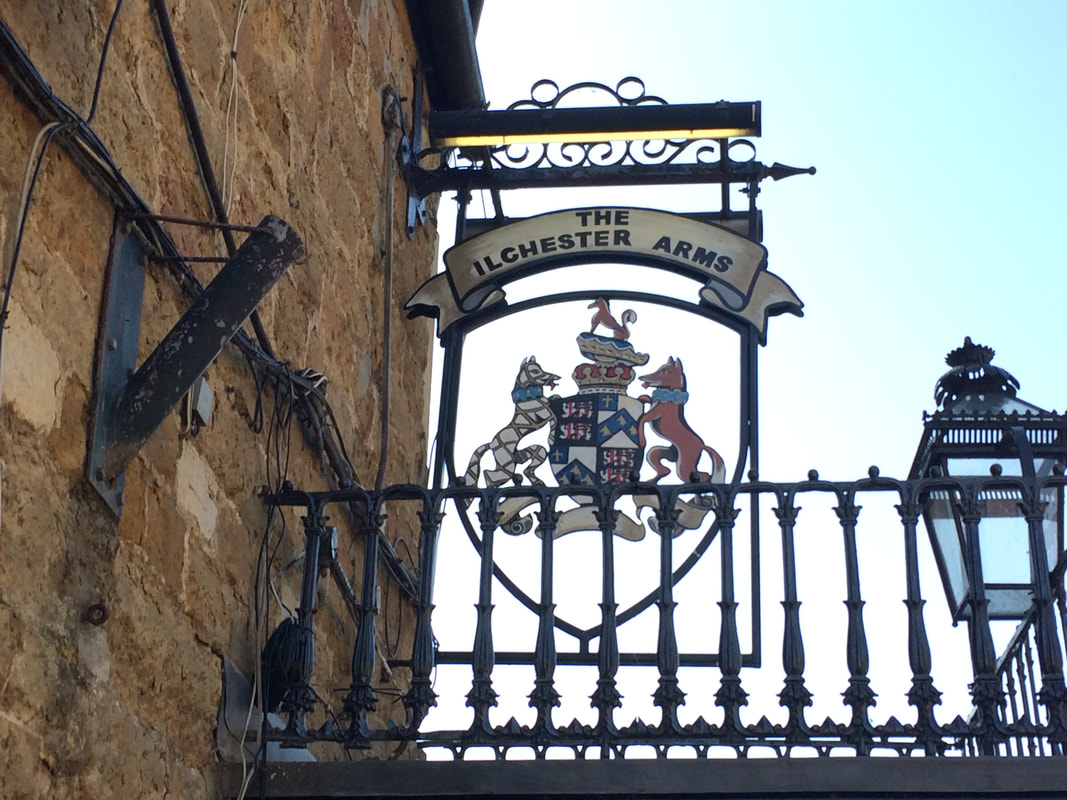 A lovely pub in Abbotsbury - we have been here many times 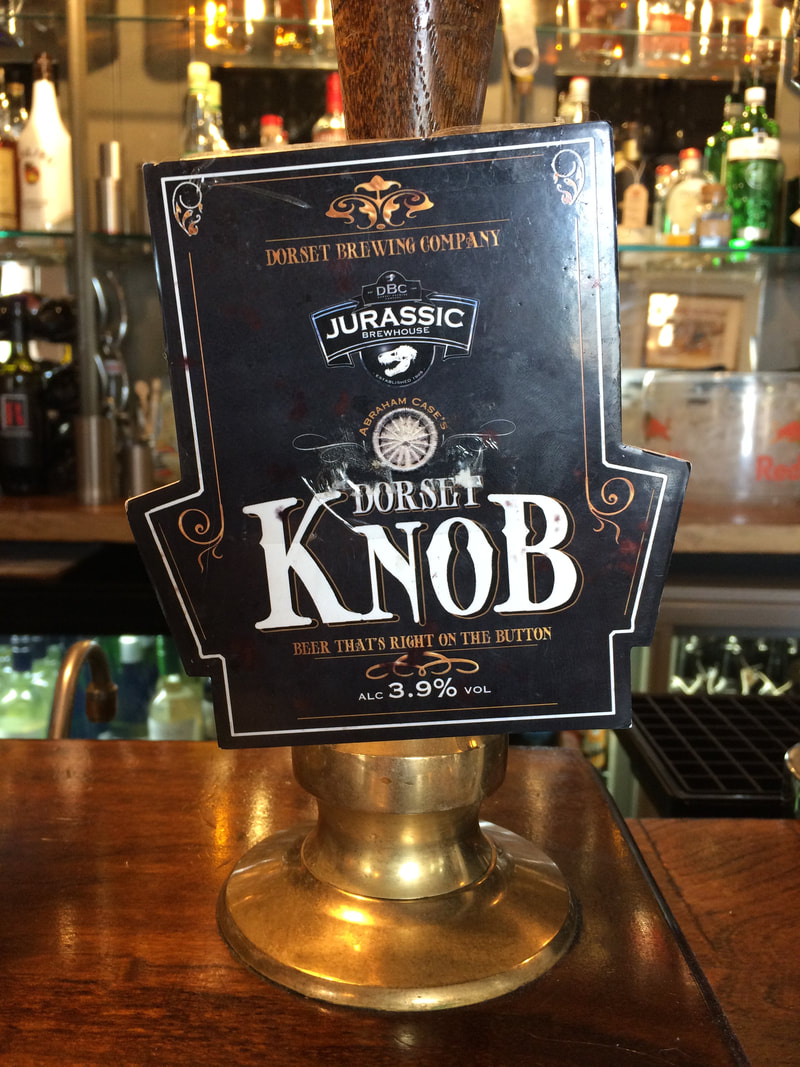 As you do - silly not to really 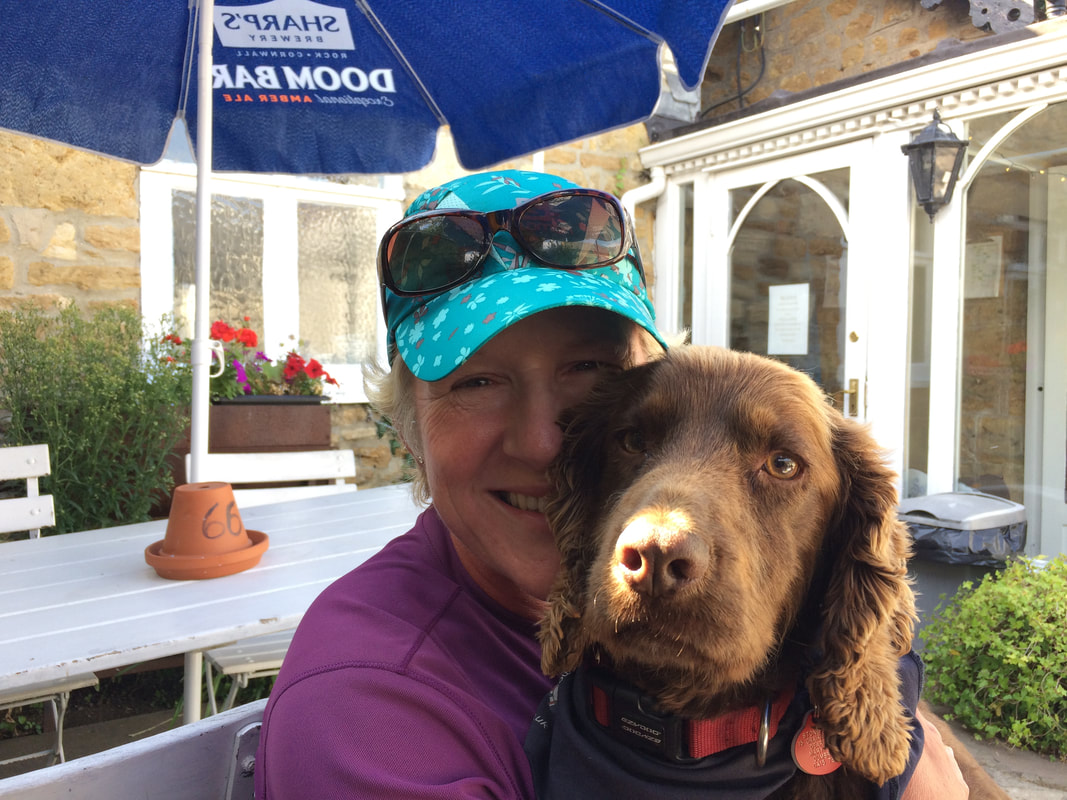 With relatives in Bridport​
Day 48 Data