Good mountain paths for the majority of the walk. The ascent to the summit from the Styhead path is pathless for the most part. Leaving the summit, we simply made a beeline to Styhead Tarn over good ground. 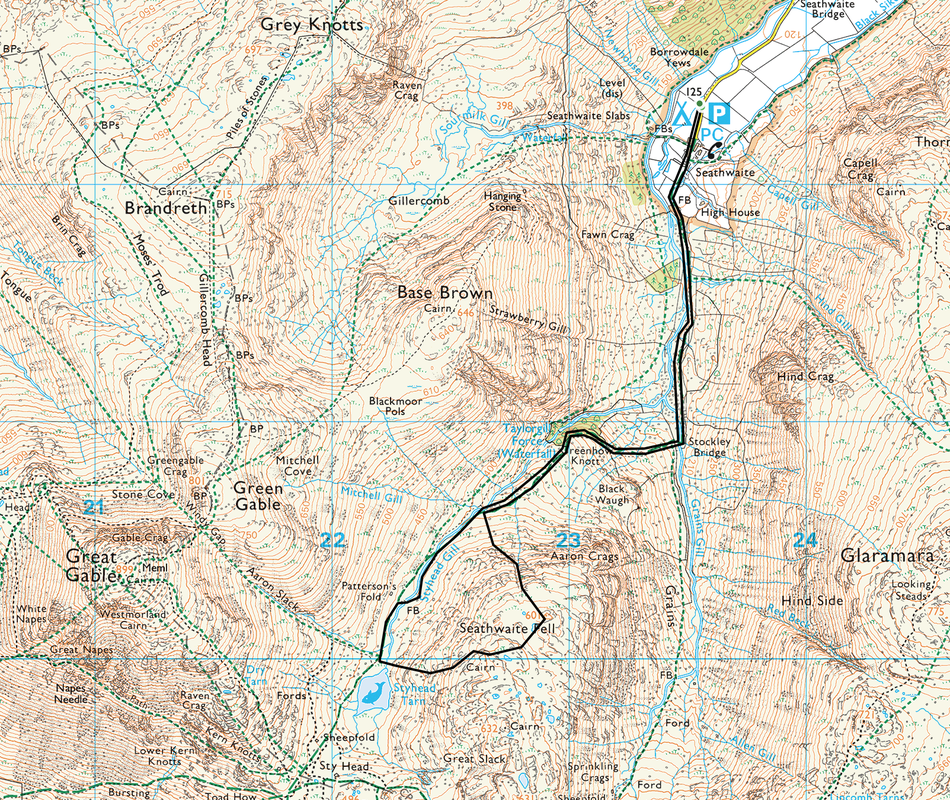 The second of two walks today having climbed Eagle Crag & Sergeant's Crag this morning. We walked to Seathwaite from Stonethwaite to commence the walk from Seathwaite Farm. There is plenty of parking at the farm but on a weekend you had best be early as it fills up pretty quickly as many people start their ascent of Scafell Pike from here. Either way, the walk in from Stonethwaite was pleasant enough along a lane passing near to Seatoller.

The route took us through the farm and out the other side to climb gently up along a good path to reach Stockley Bridge. Crossing the old packhorse bridge, we headed up steeply to the left hand side of Taylorgill Force before the path flattened out and made its way towards Styhead. There is a faint path that leaves the Styhead path and heads up to the summit but this is quite intermittent and not easy to follow therefore we simply took a bearing on the summit and followed it roughly to the top.

The summit gives very good views over to the Scafells, down to Styhead and over to Great Gable - also there is a superb view back down to Borrowdale and Derwent. Leaving the summit, it was simply a case of making a beeline down to Styhead Tarn before rejoining the Styhead path back to Stockley Bridge and heading back the way we came to Seathwaite.

This area is particularly busy for good reason - it is one of the most popular routes to Scafell Pike either via Grains Gill or Styhead. Once we left the Styhead path we saw nobody and yet enjoyed solitude and fantastic views from a lovely summit. Definitely one to be repeated.​ 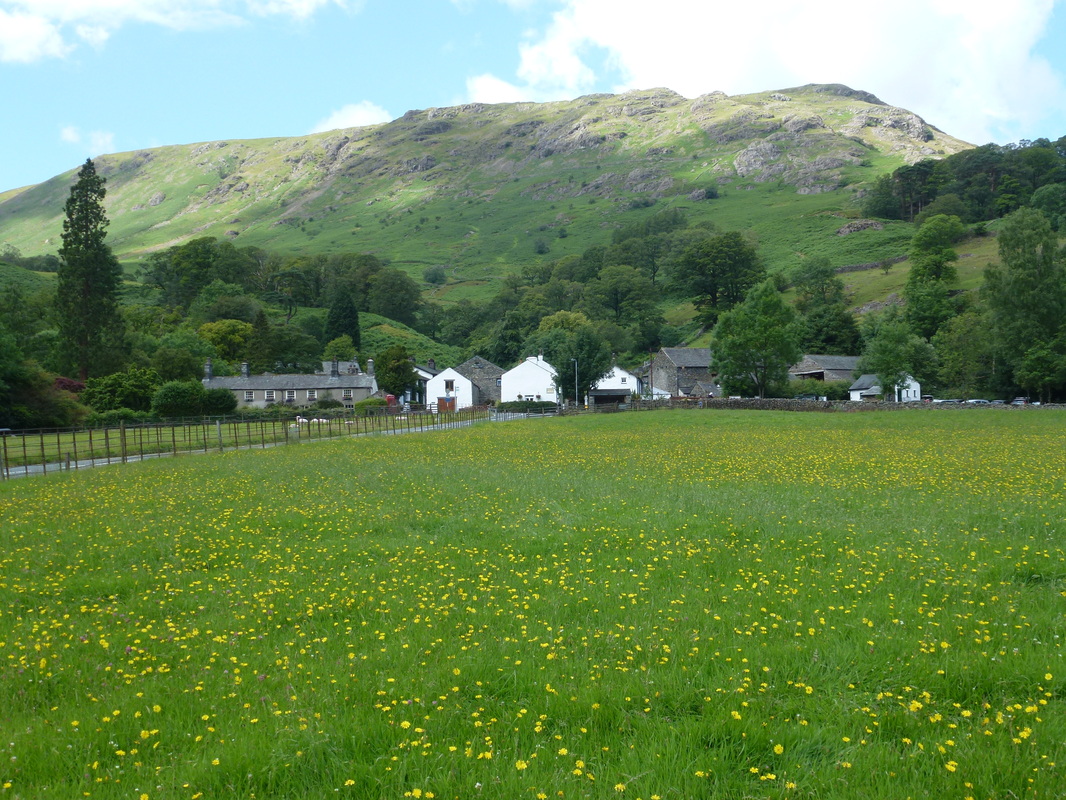 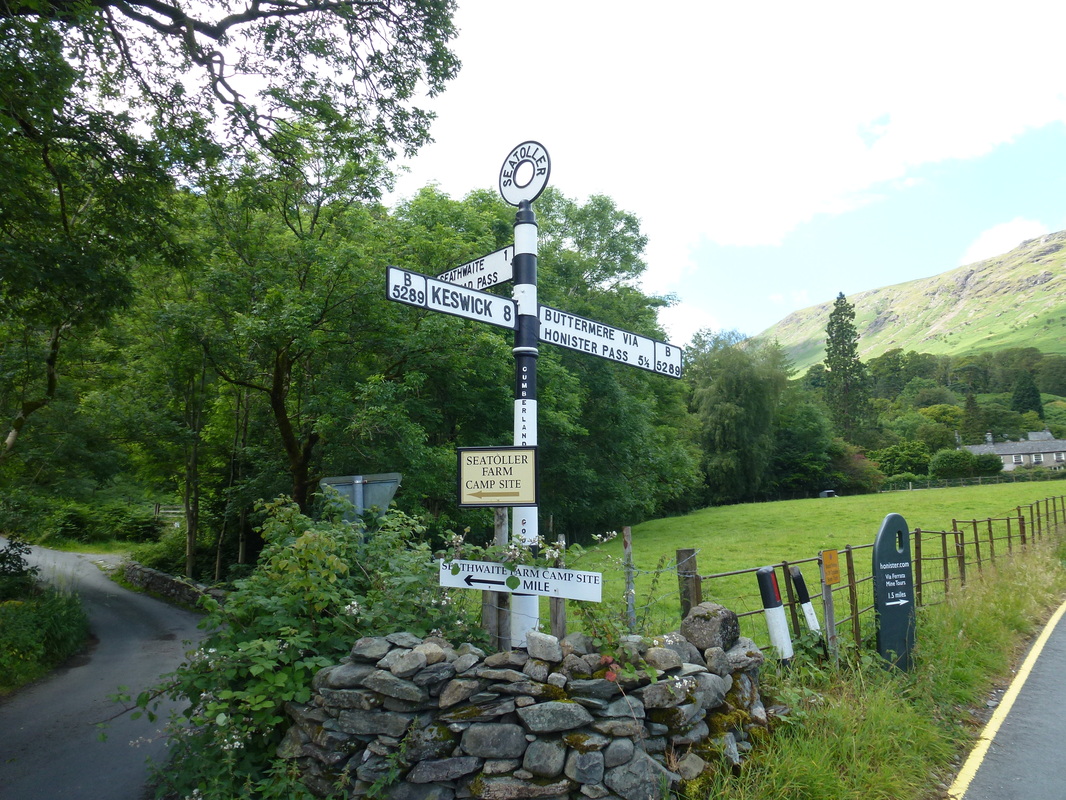 The long lane up to Seathwaite Farm starts here near Seatoller 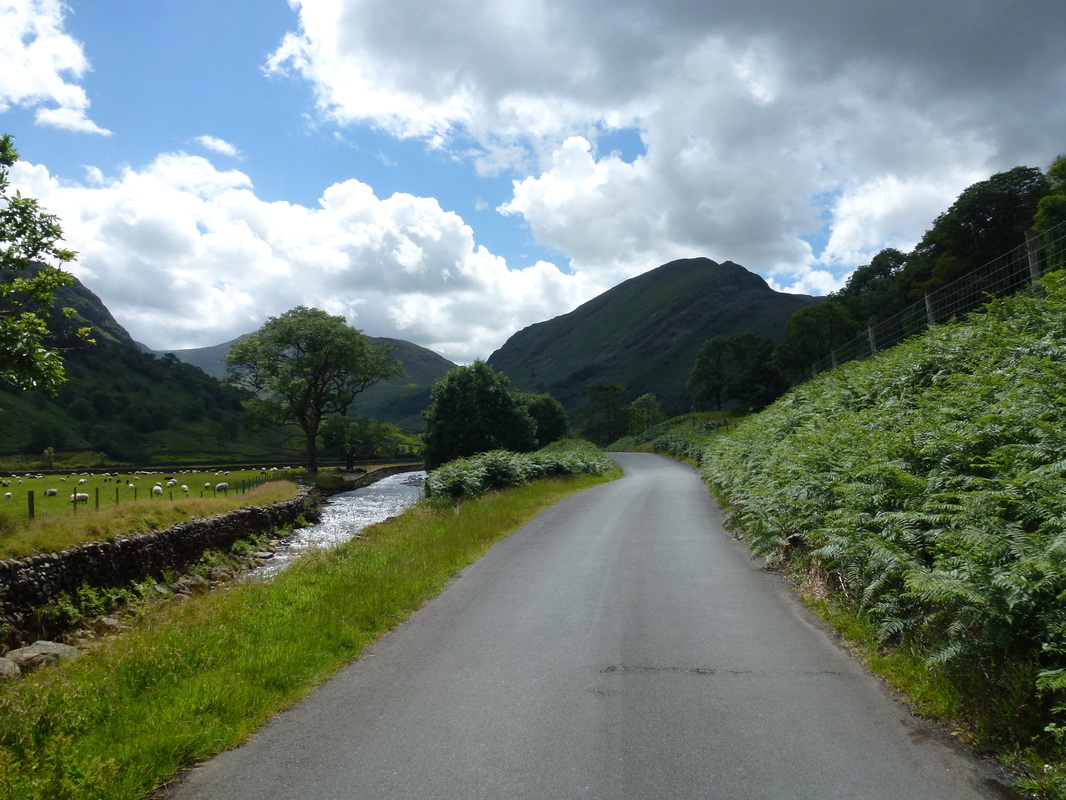 On the lane to Seathwaite with Base Brown ahead 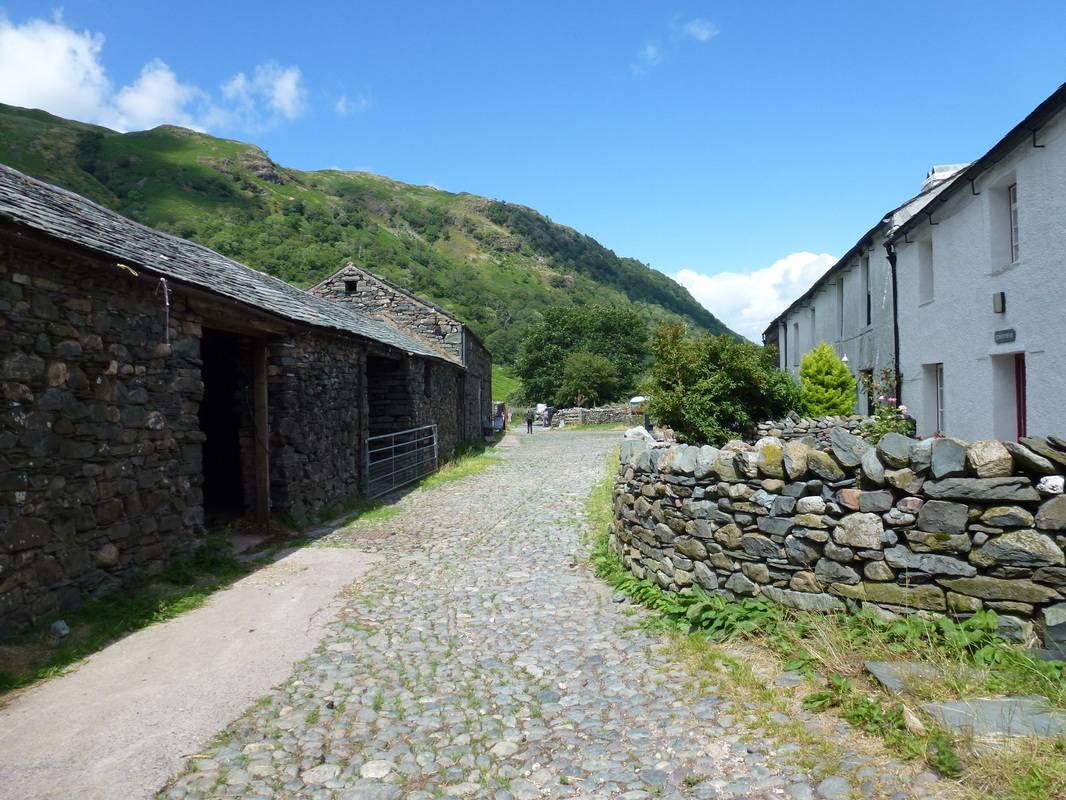 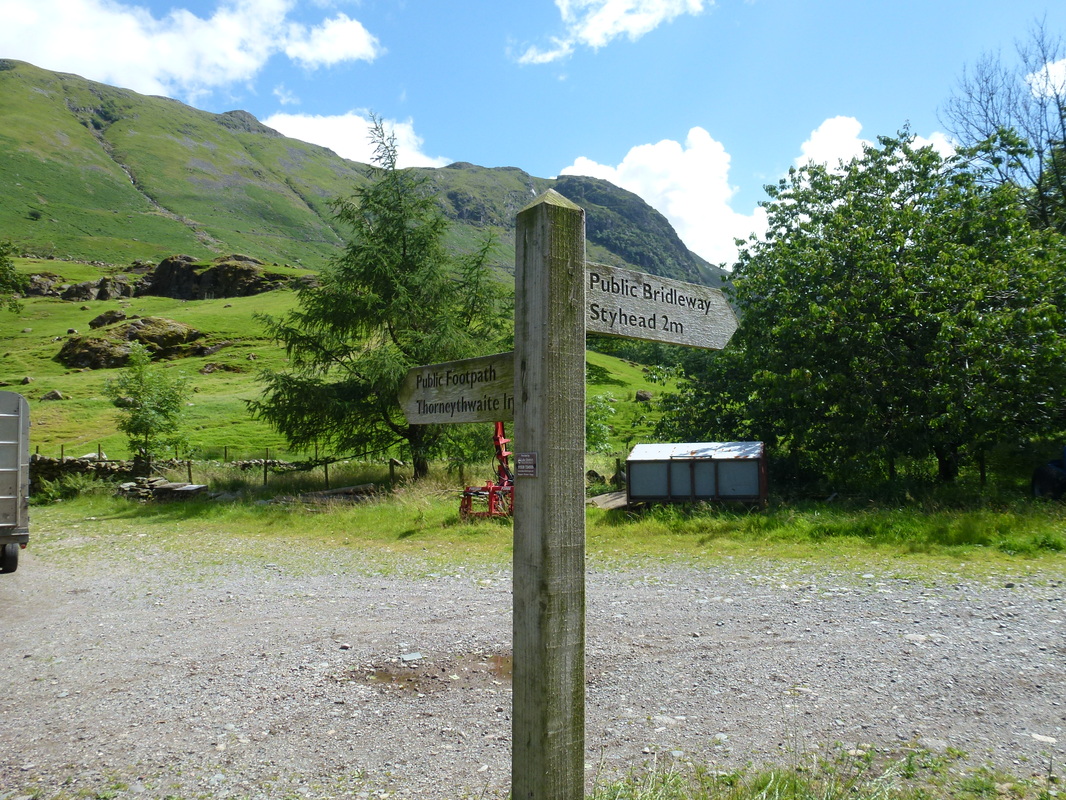 We were heading towards Styhead and Stockley Bridge 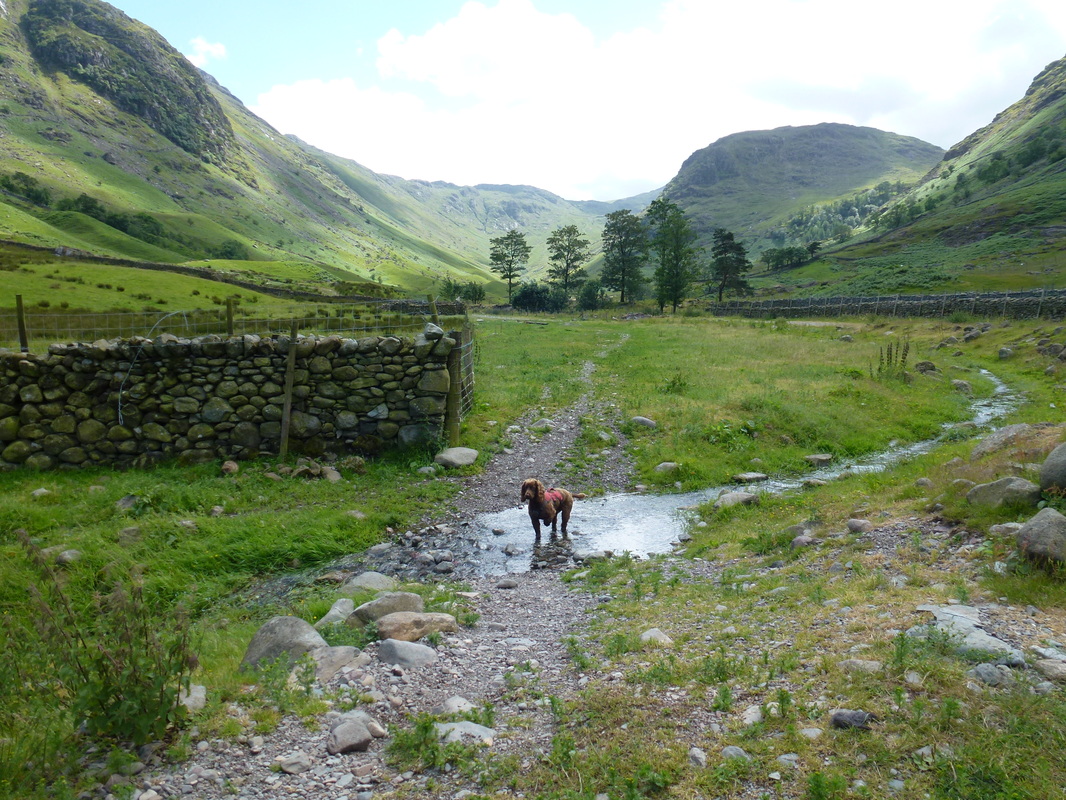 Well blow me - a 3 legged dog! On the track up to Stockley Bridge 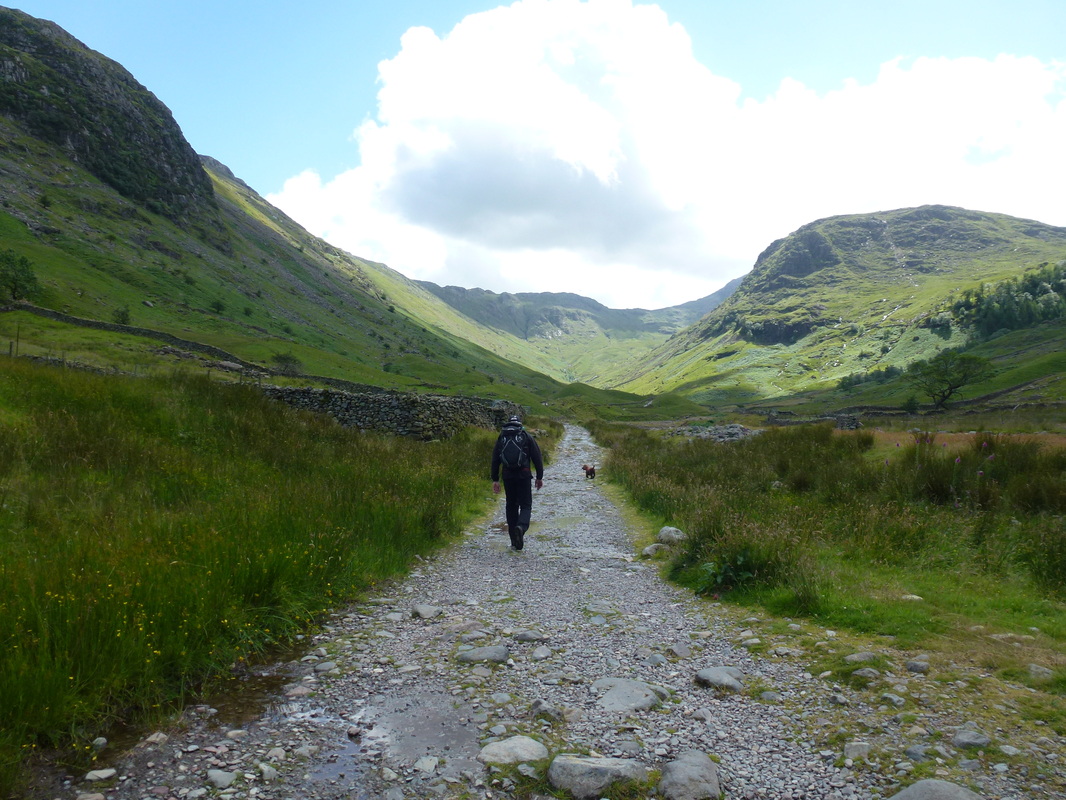 The path continues up to Stockley Bridge as Seathwaite Fell comes into view on the right.  Allen Crags are straight ahead. 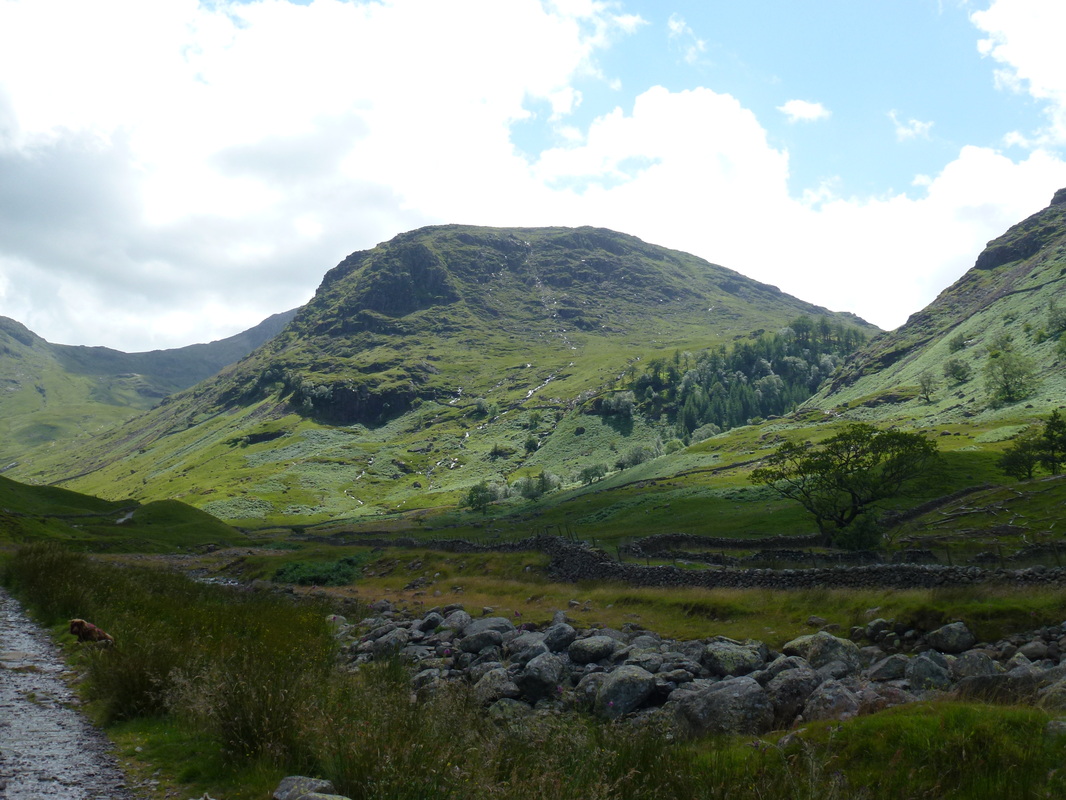 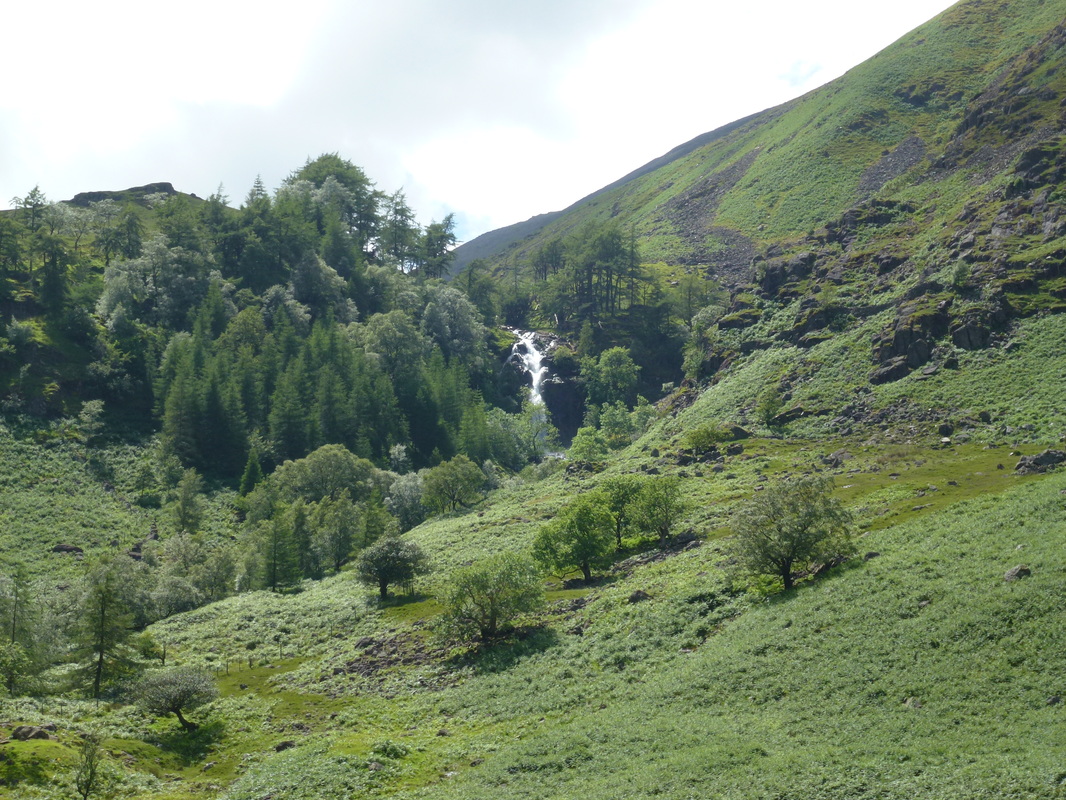 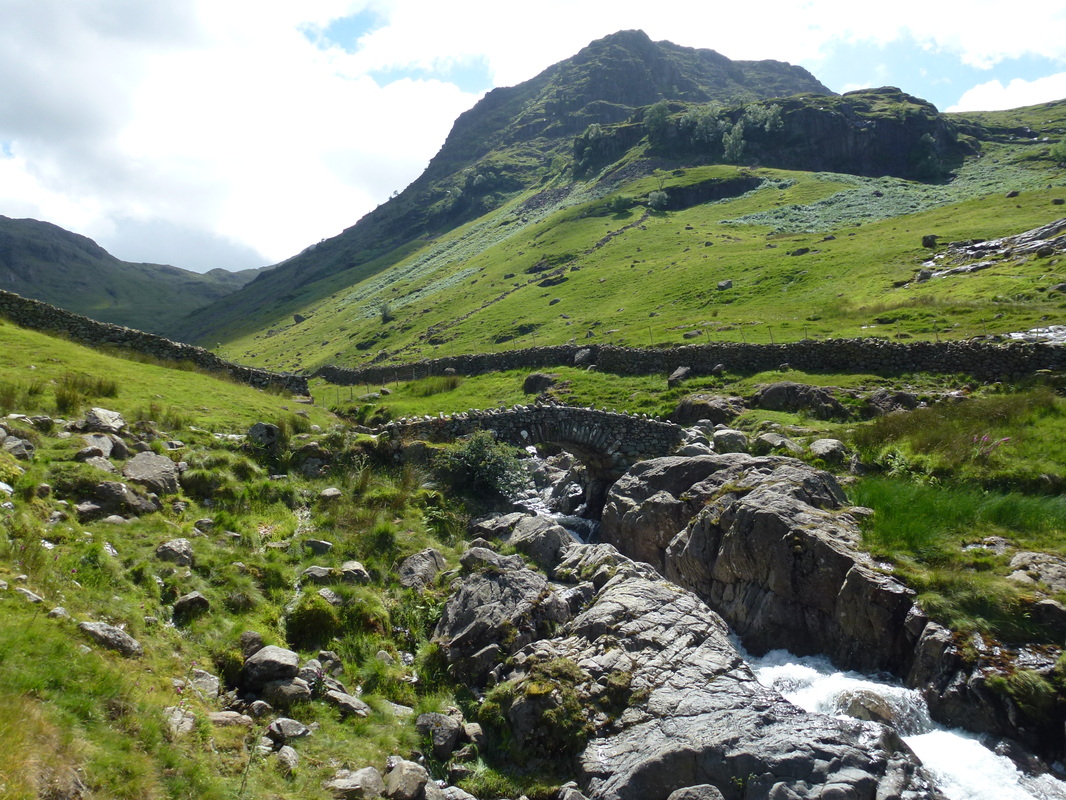 Stockley Bridge - we headed up to the right here on the Styhead path. The path up to Scafell Pike heads straight on up Grains Gill 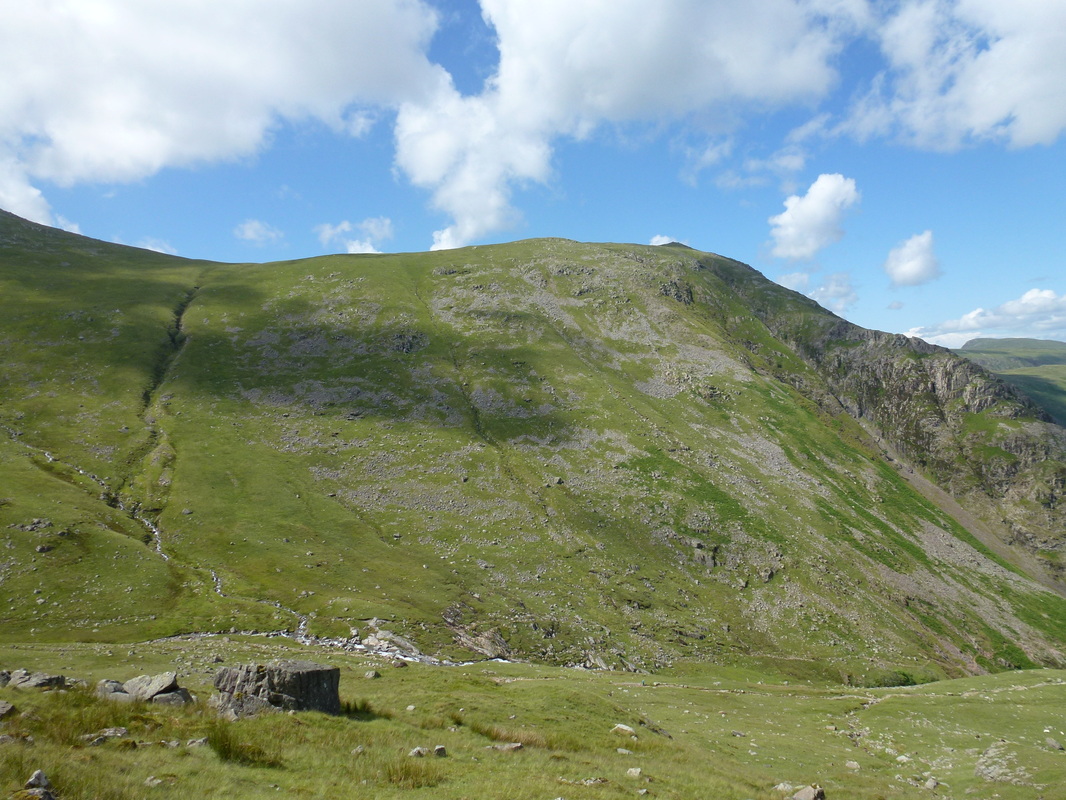 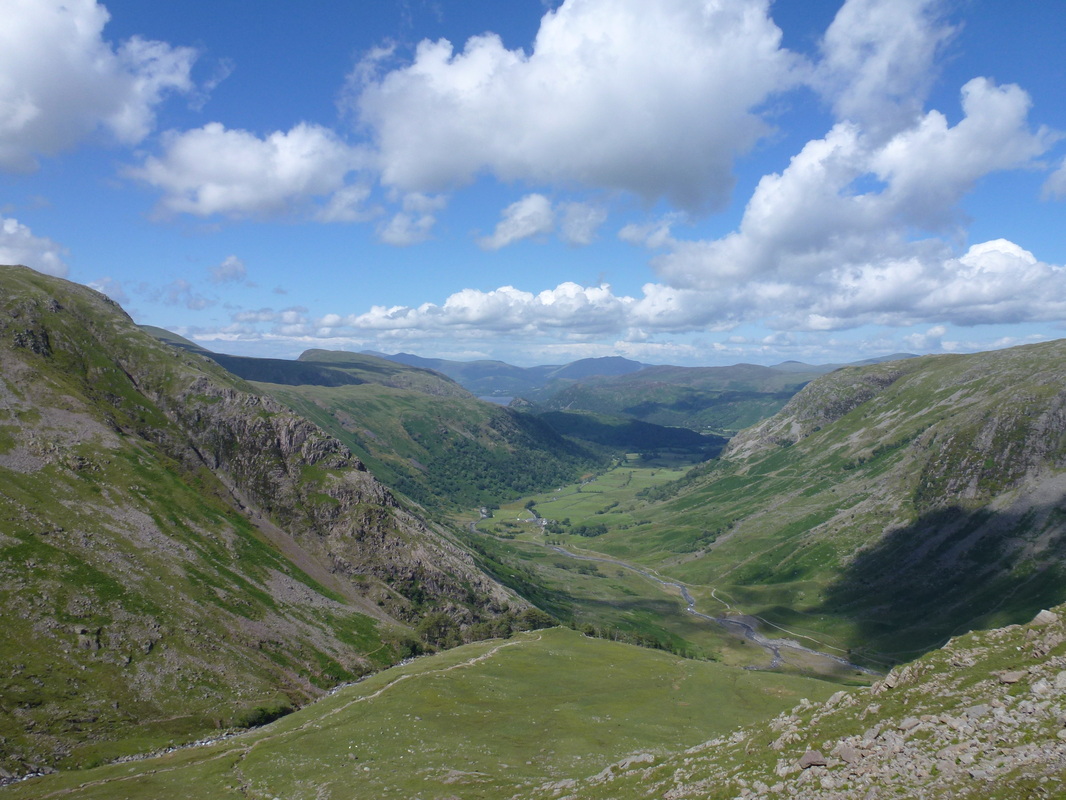 Looking down to the Styhead Pass path below left.  This is a glorious view back down to Seathwaite, Borrowdale and Derwent 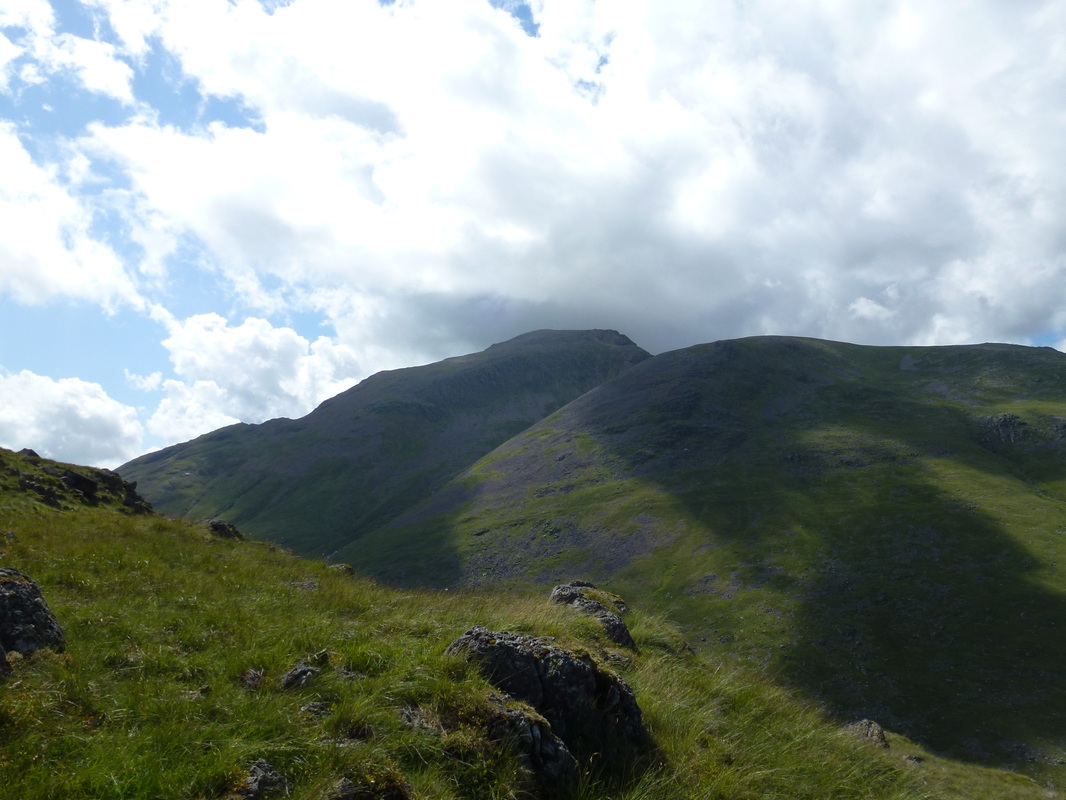 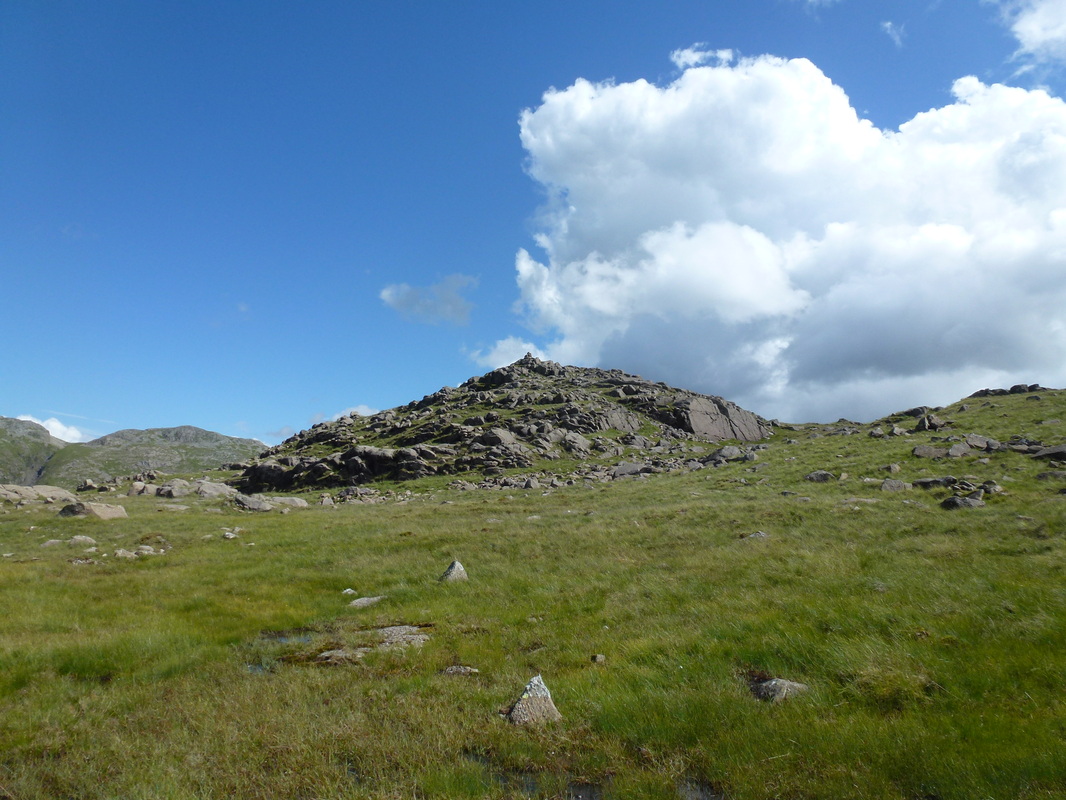 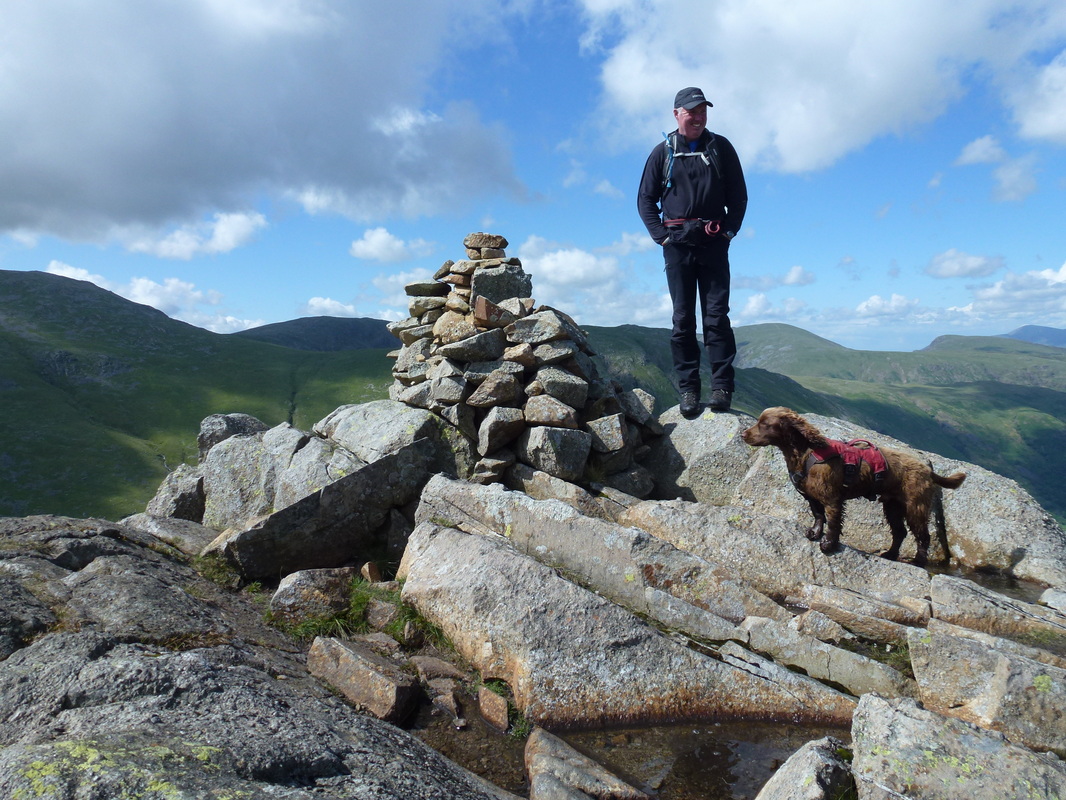 Dave & a windswept Fudge on the summit of Seathwaite Fell. As always it is a great feeling to be up on any summit. 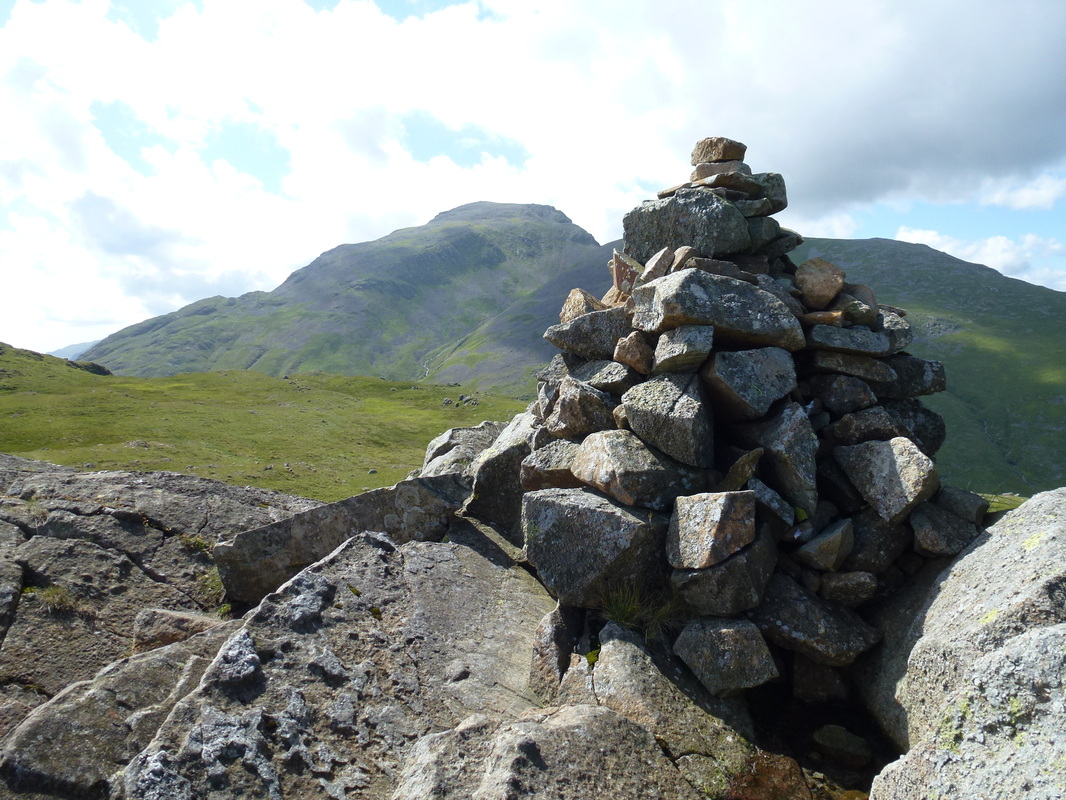 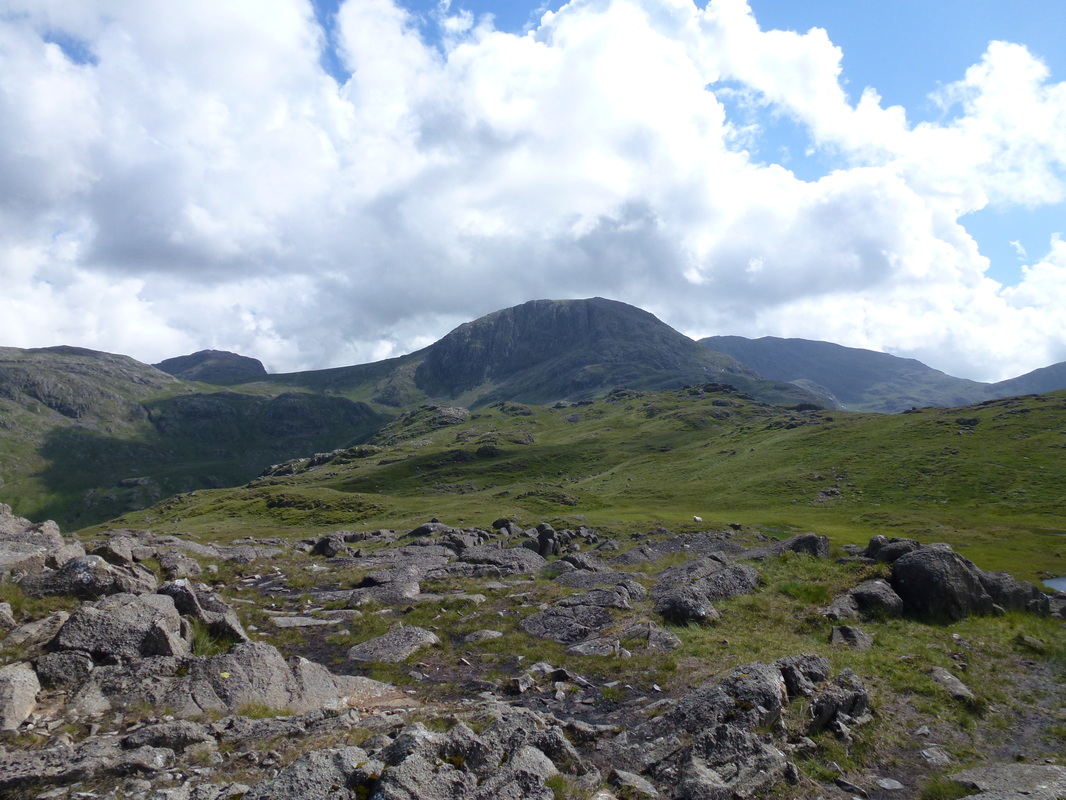 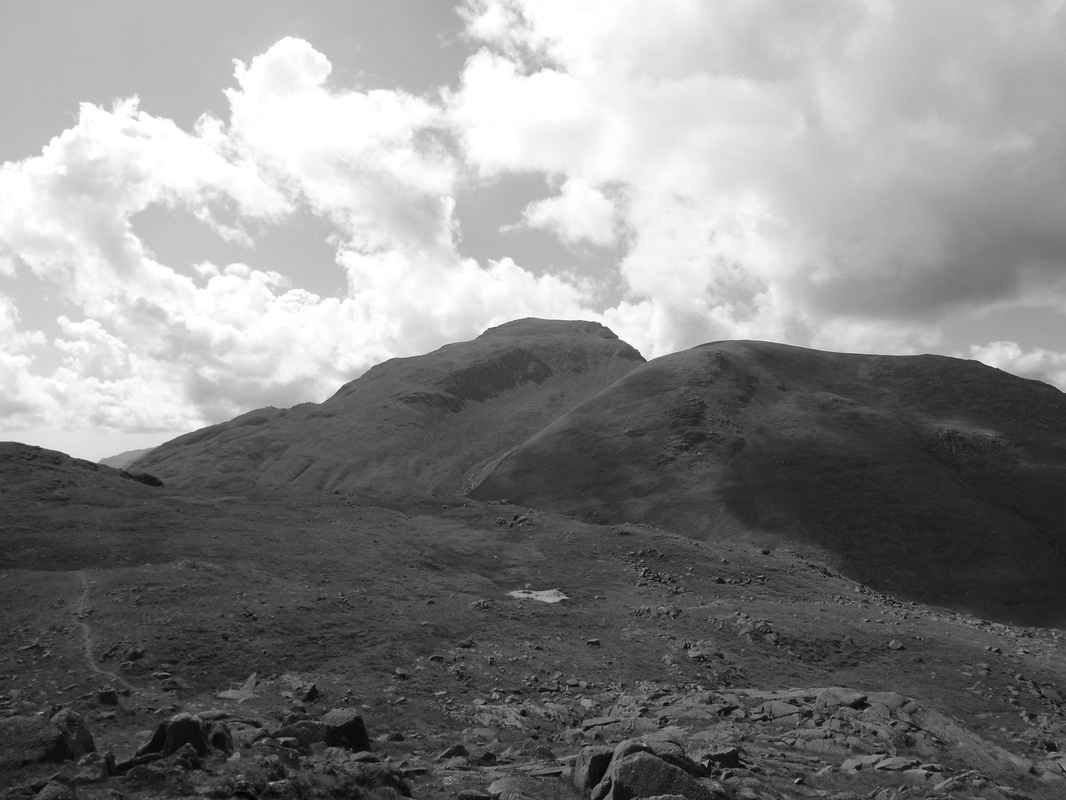 The Gables in moody mono 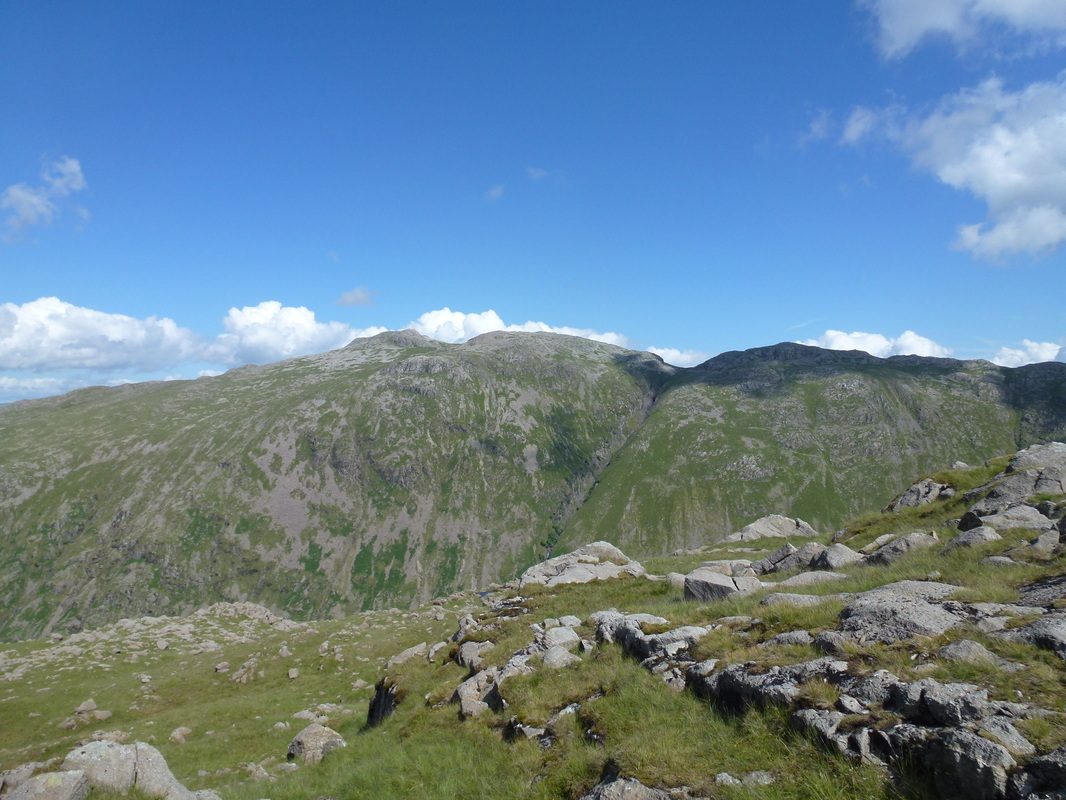 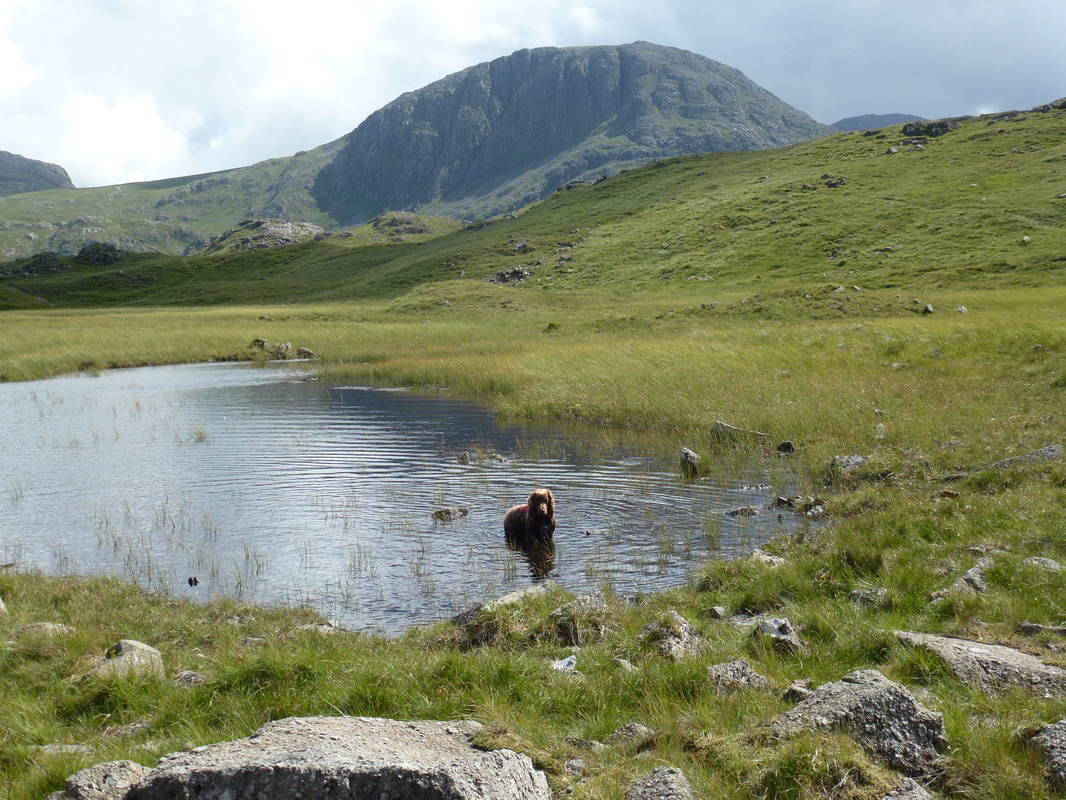 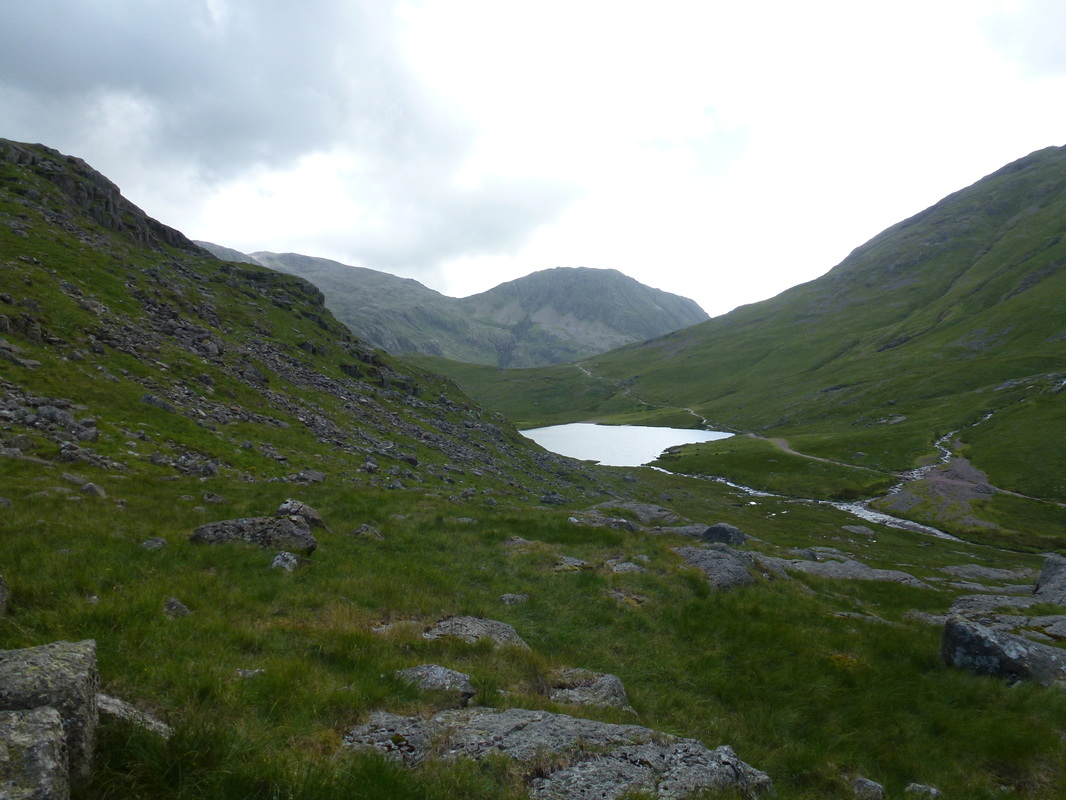 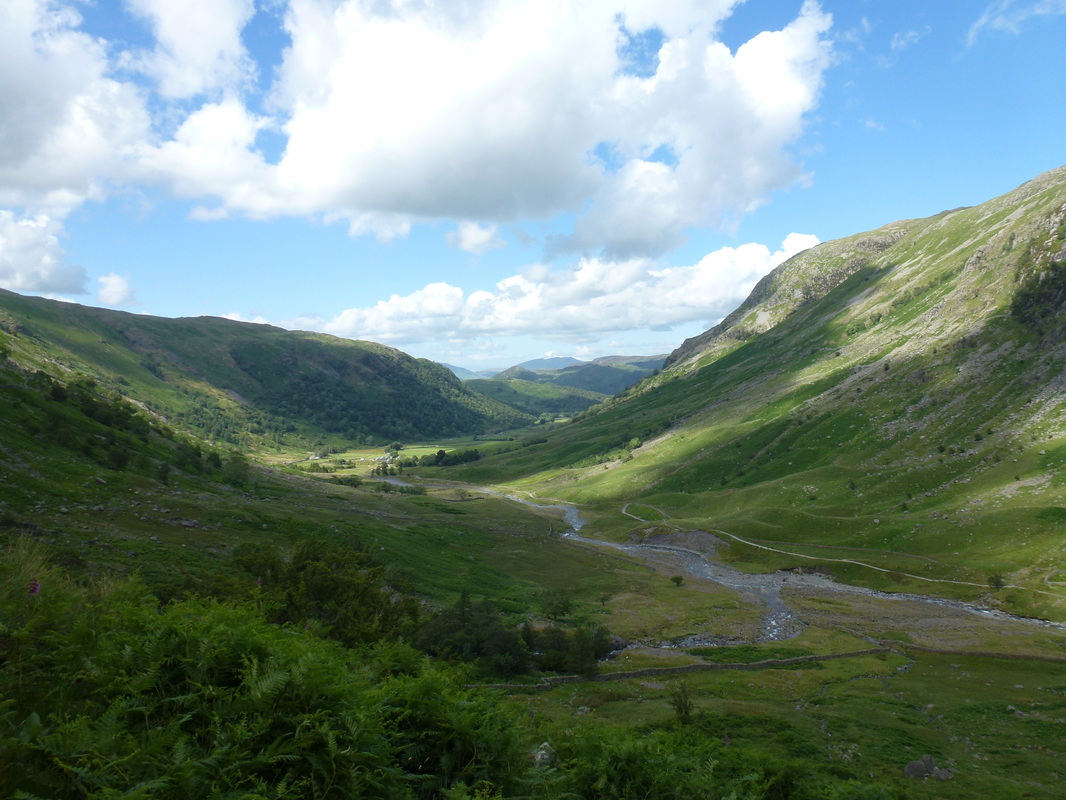 Heading back down to Stockley Bridge & Seathwaite
Home