After our epic day yesterday we were glad that we had a nice short 8 miler today up to Knarsdale. We were staying 2 nights in Greenhead and our host there had very kindly agreed to pick us up at the end of today's walk and drop us off again tomorrow. As we were preparing to go down to breakfast at Lowbyer we knew that our dog Fudge was not quite right. Over the past couple of days, whilst appearing ok in himself he was sneezing a lot and as we had a short day decided to take him up to the Vets in Alston to be on the safe side.

Having been assessed by the Vet, the diagnosis was that the poor little chap probably had a dreaded grass seed up his nose therefore on the Vets advice he would need to have an endoscopy and would require sedating. The long and the short of it was that he would not be walking to Knarsdale today. We left him at the Vets for treatment before walking back in to Alston to decide on a plan of what to do.

We sat in the Market Square and worked on a solution. We decided that the only real answer was to remain in Alston that night, however our bags would probably have already been picked up by Brigantes and taken to our B&B in Greenhead. The first call we needed to make was to Lowbyer to see if we would be able to stay another night and luckily our room was available. We then called Brigantes to see if Bob had taken the bags to Greenhead - he had unfortunately therefore he was about turned!! We then had to call our B&B in Greenhead and inform Nigel that we would only be staying one night and there was no requirement to pick us up in Knarsdale.

All 3 parties were extremely helpful - Lowbyer, Brigantes and the Greenhead B&B. This came at a cost unfortunately and with Vets Fees, Brigantes Petrol charges and a B&B cancellation fee we were out of pocket to the tune of £160. As long as Fudge was ok the inconvenience and fiscal issue paled into insignificance. We were lucky this incident had happened in Alston - we had a Vets close by and we were also able to join two short legs together. Our plan now was to follow the South Tyne Trail all the way to Haltwhistle and then walk to Greenhead from there - although this was deviating from our intended route, this would keep the walk nice and flat.

We therefore had a few hours to kill and had a mooch around the South Tynedale Railway Station in Alston and also partook of lunch in the Station Cafe - all the time we were wondering how the little chap was. We need not have worried as we arrived at the Vets to pick him up a few hours later. The grass seed was not in his nose when he was sedated and had probably been sneezed out but had left the inside of his snout swollen and inflamed. He was therefore given some steroids to sort that out. Although groggy from his ordeal, he seemed ok in himself therefore we gathered up a few bits and bobs for supper and returned to Lowbyer.

The remainder of the day was spent at Lowbyer and in the evening we relaxed with Fudge in the lounge, had a beer and talked for a couple of hours with an Australian couple that were over here on a sightseeing excursion. Not the day we envisaged but at least we had a well pooch and had managed to get our logistical arrangements back on track. 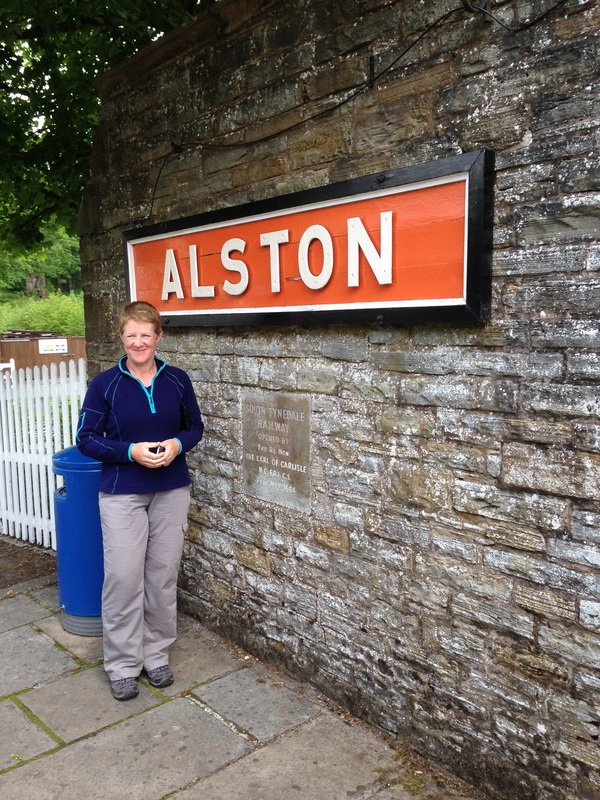 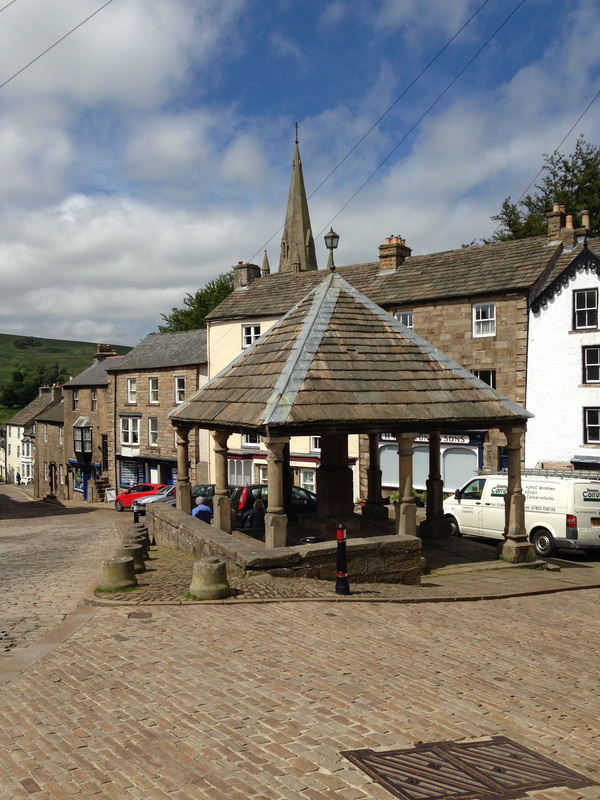 The Market Square in Alston 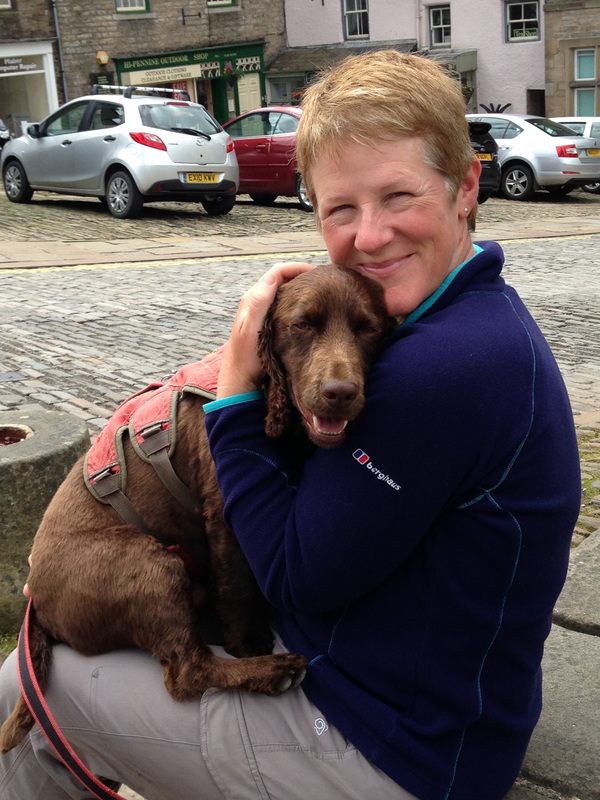