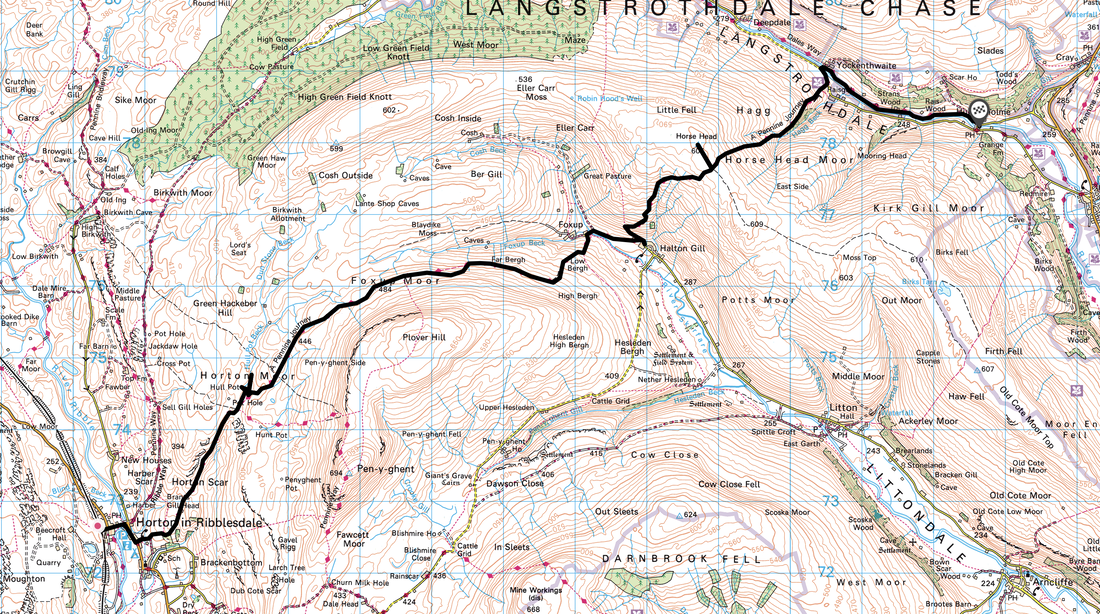 Awoke to pretty much the same weather as yesterday - driving rain and strong winds which just goes to show you can never predict when to walk a long distance path - the British weather is just too unpredictable. We caught the train back to Horton but not before Fudge was made a right old fuss of in the Waiting Room at Settle by the Essex U3A group. Arriving at Horton, I couldn't resist testing out my musicality by absolutely murdering a rendition of something incomprehensible on the Lithophone in the Waiting Room.

Audition over we left the station and headed back into the village to take the path on to Horton Scar Lane in the direction of Hull Pot. We passed 5 people on the lane who we chatted to briefly and ascertained they were off up Pen-y-Ghent. Bearing in mind it was absolutely chucking it down, they were wearing denim and had hardly any kit didn't bode well for their walk. We left them to it near Hull Pot and hoped that on the approach to the mountain that they would see sense and turn back. We had intended ourselves to climb Pen-y-Ghent and continue on to Plover Hill, dropping into Foxup but thought better of it considering the weather.

From Hull Pot it was an extremely long but pleasant trudge to Halton Gill and on arrival we were buoyed by the fact that there was a pop up Cafe there called Katie's Cuppas, complete with undercover porch & seating out of the rain - Tea, Coffee, Hot Chocolate, cold drinks and a lovely homemade Cake Selection. We just helped ourselves and wrote the items down on the pad provided and put the cash in the pot – they even had dog treats available and a toilet. Break over we then made the steep ascent up Horse Head, walking off route for 500 yards to visit the Trig Point to then drop steeply down to the River Wharfe at Yockenthwaite. It was here that we saw the first person since leaving the station that morning.

The route along the Wharfe to Hubberholme, even in today’s weather was delightful and one we did in reverse during the Dales Way in 2014. Arriving in the hamlet, we washed off both our kit & Fudge in the river before checking into The George Inn. After a friendly welcome we were shown to "The Dog Room" which suited us fine - away from the main pub just off the Courtyard. We had an exceptional if slightly expensive meal and a good selection of beer was available in the pub. After chatting to some other people who were walking The Dales Way we retired for the night - despite the weather, today was an excellent days walk.​ 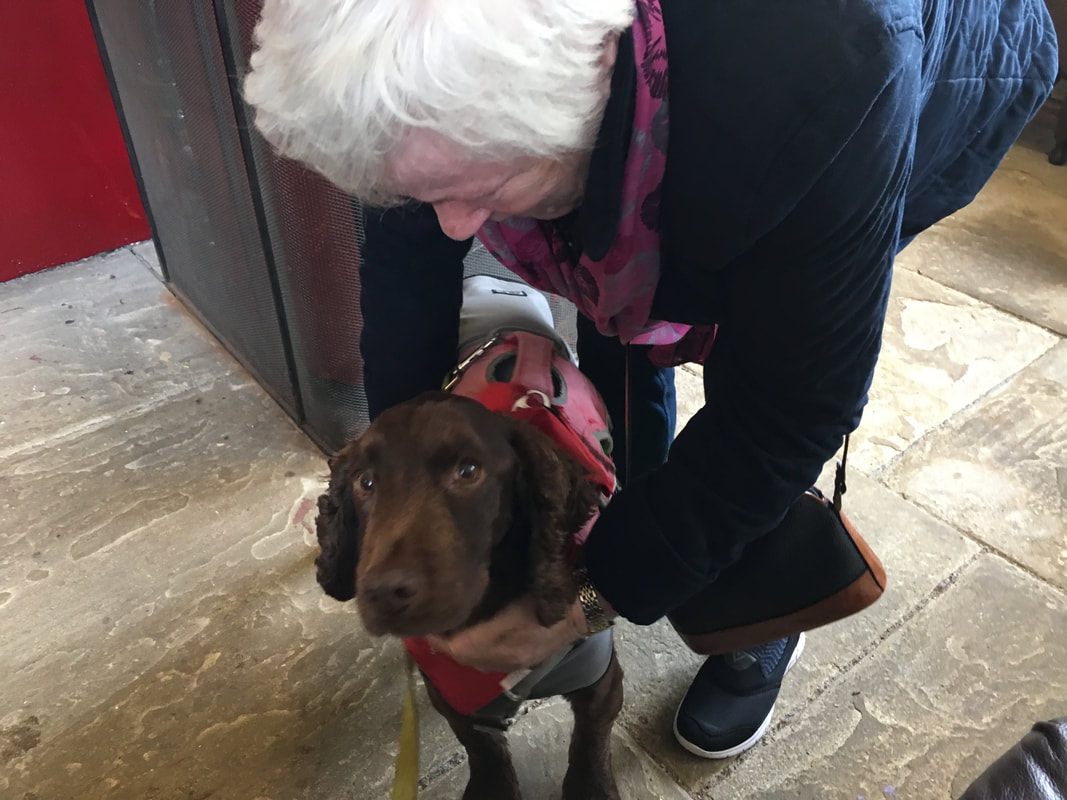 Still got it eh Fudge! Patted to death by Essex U3A who wanted to take him back "darn Sarf" with them 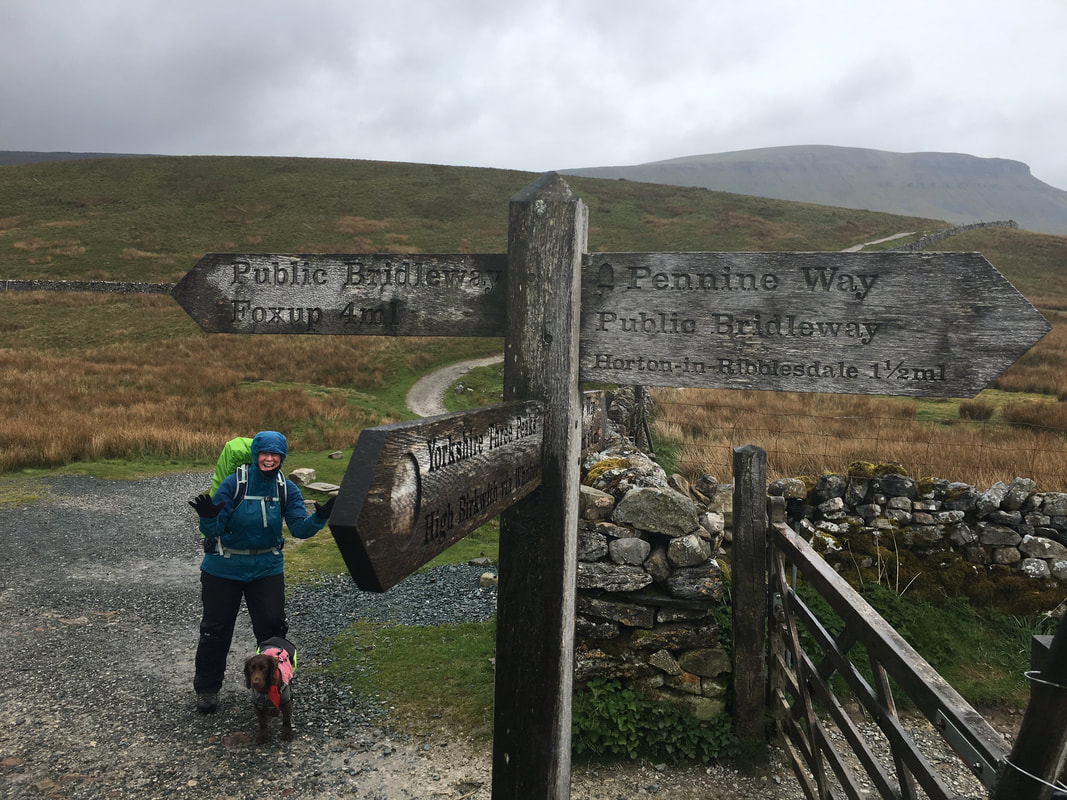 Yes - it is raining for the second day in succession.  Mrs W however is still smiling - mind you we were only an hour in.
The path to the rear is the one coming down from/going to Pen y Ghent which can be seen in the background 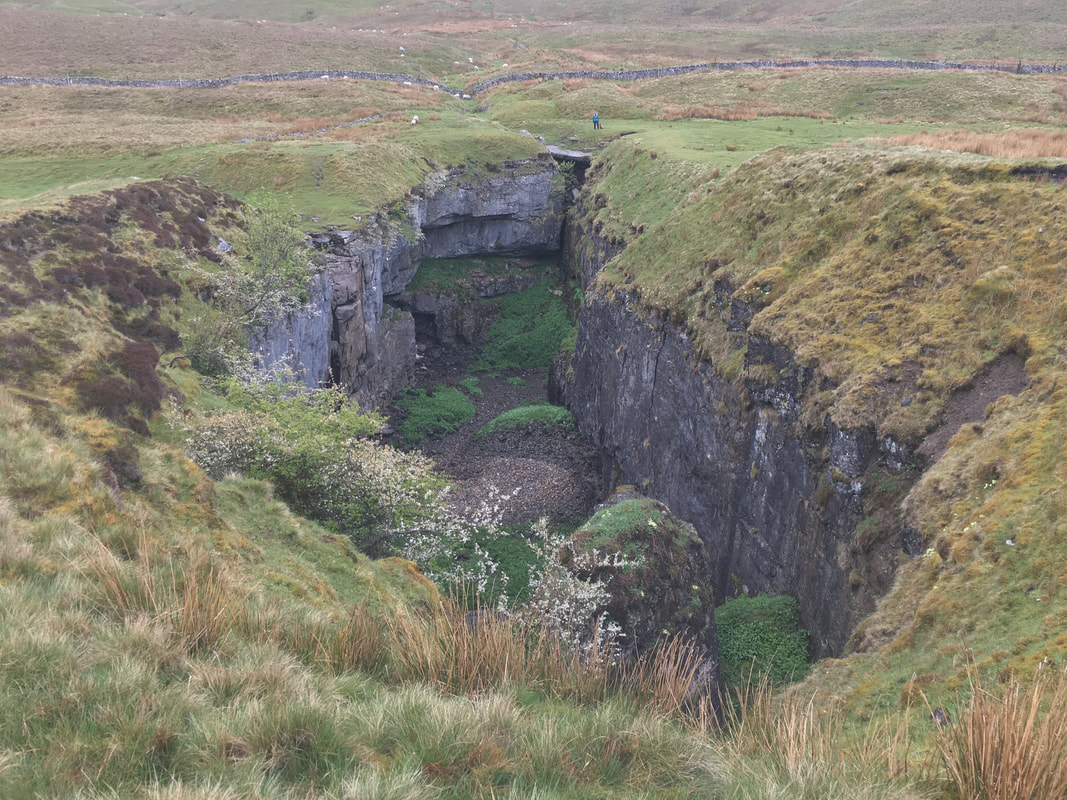 Hull Pot measures 300 feet (91 m) long by 60 feet (18 m) wide and 60 feet (18 m) deep and is the largest natural hole in England. The water from the pot flows under Horton Moor before re-appearing just east of Horton in Ribblesdale as Brants Ghyll Beck where it flows into the River Ribble. 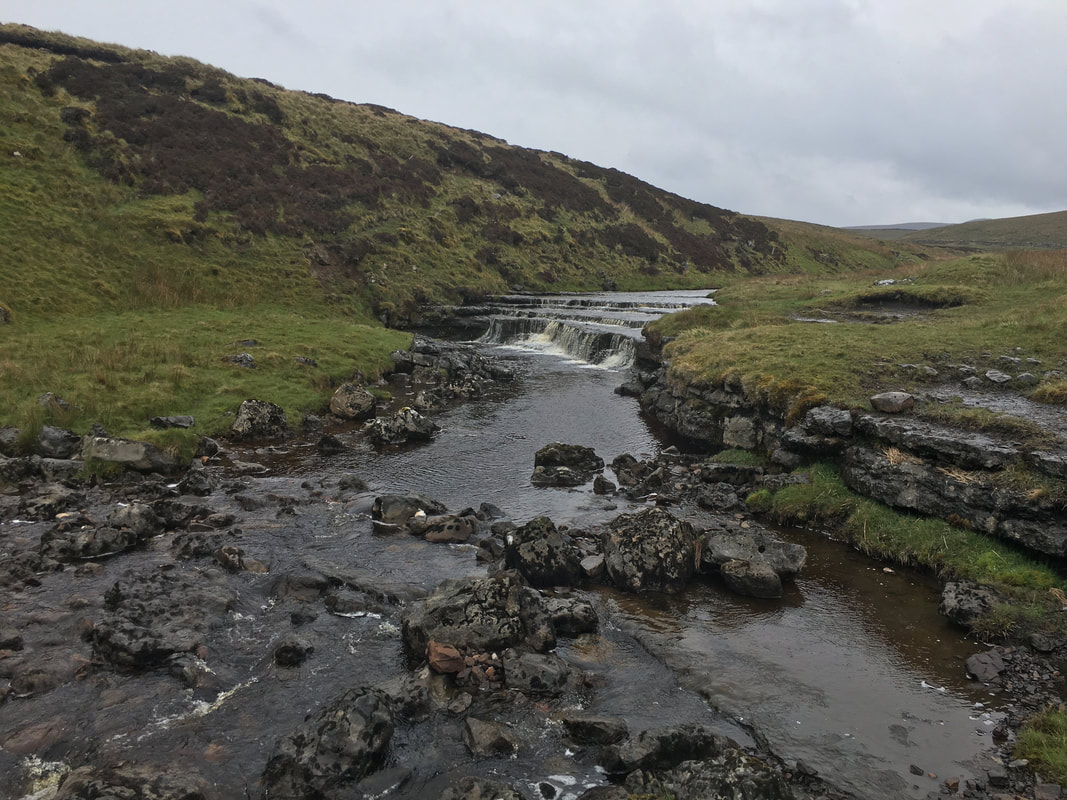 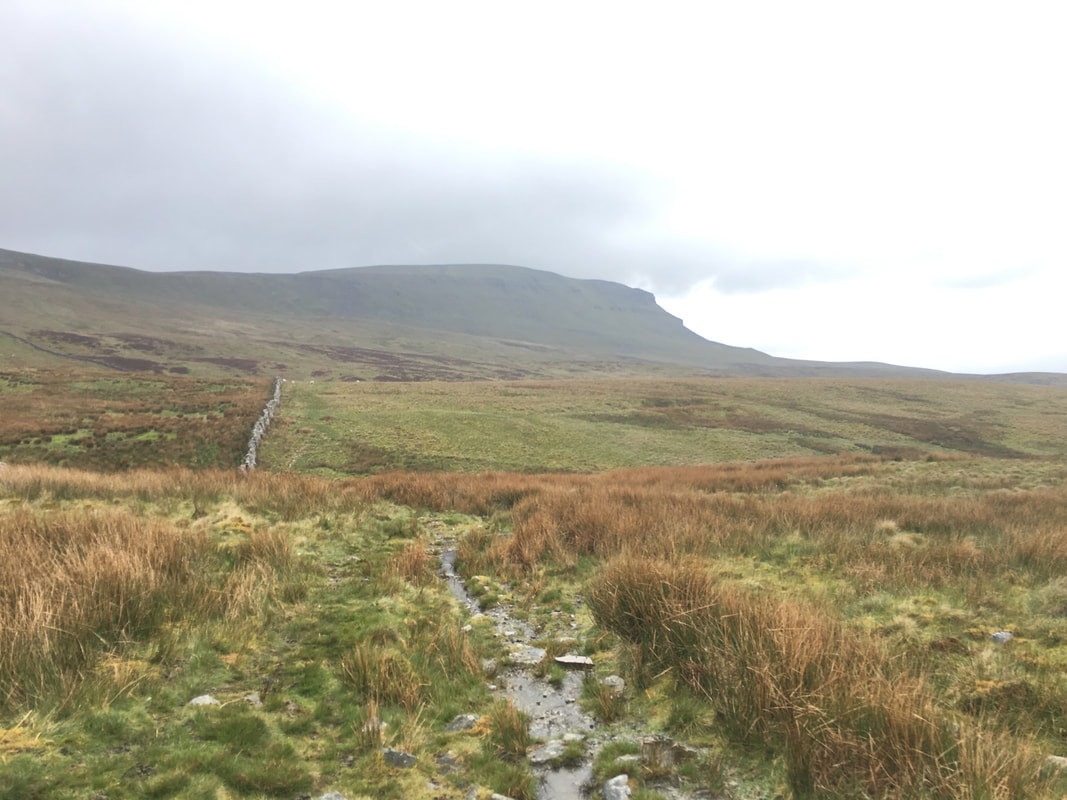 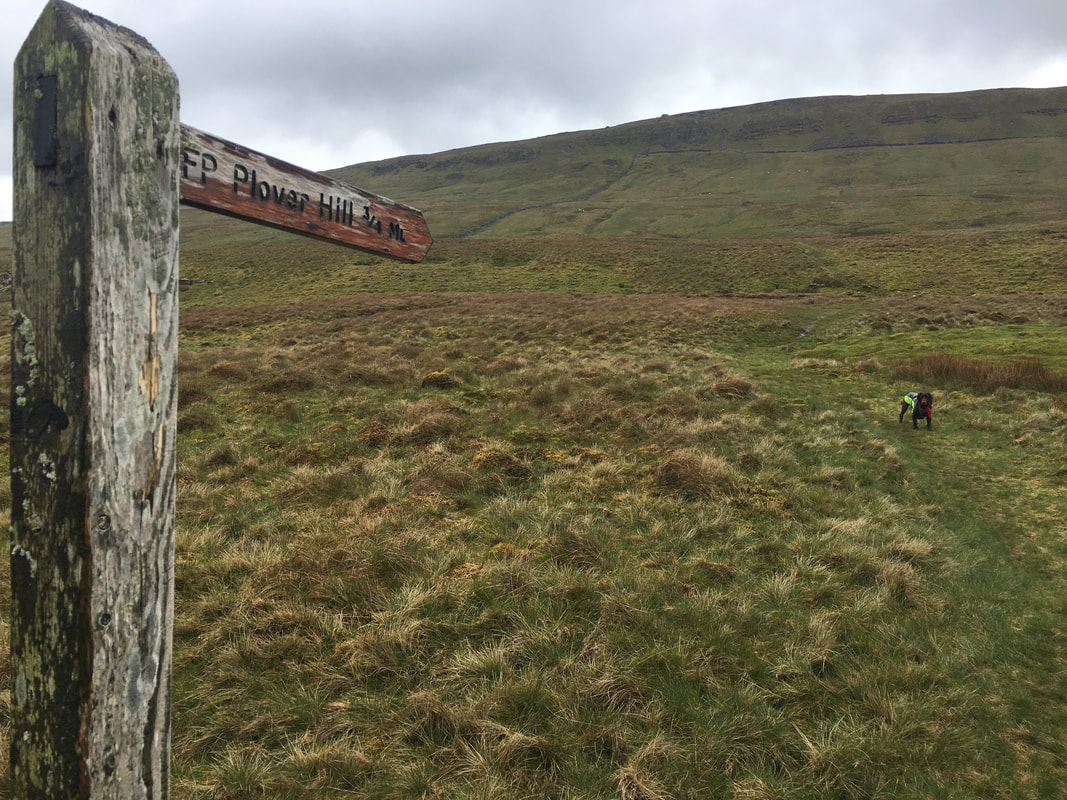 If the weather was half decent we intended to nip up & bag the Nuttall of Plover Hill - Fudge was still up for it, however we were not! 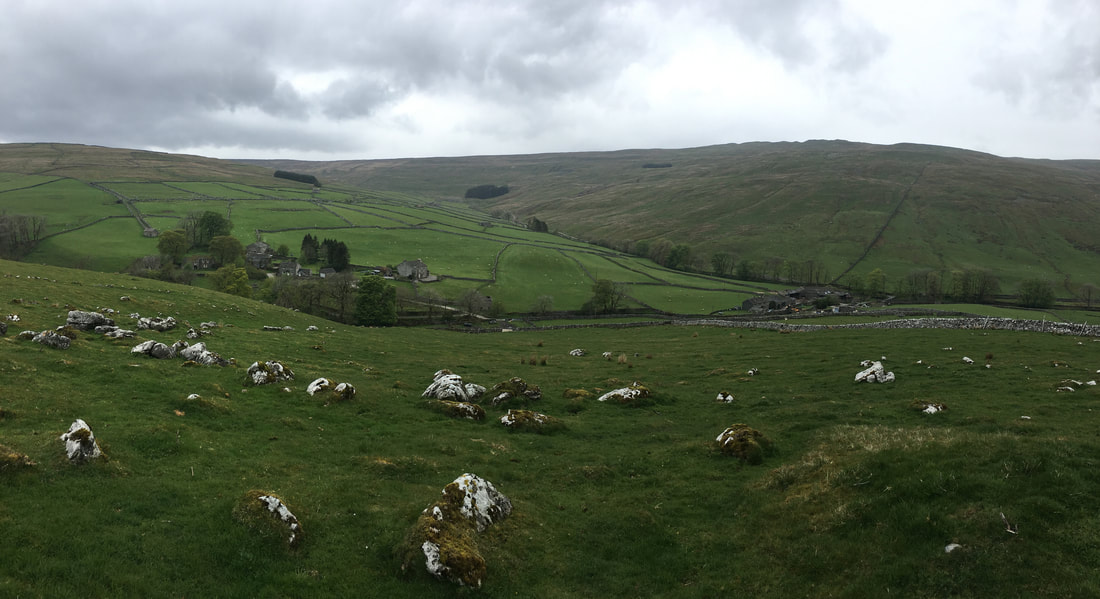 Looking down on Foxup & Halton Gill 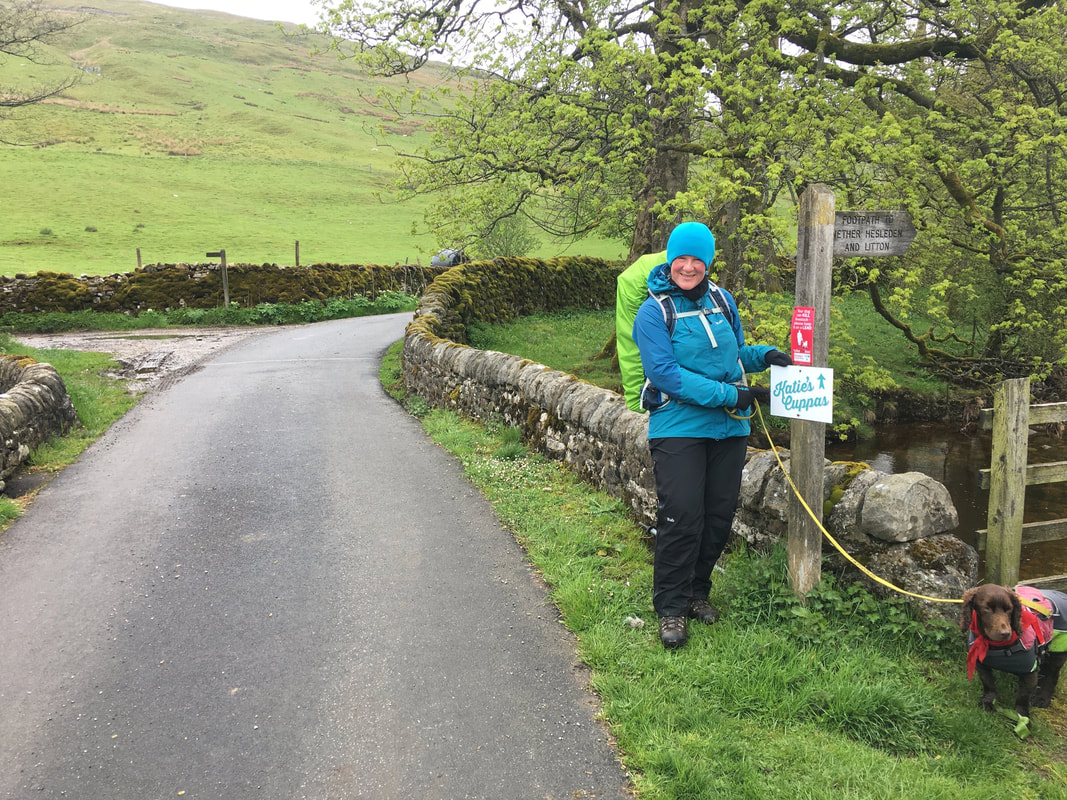 Well what have we here - an impromptu watering hole! 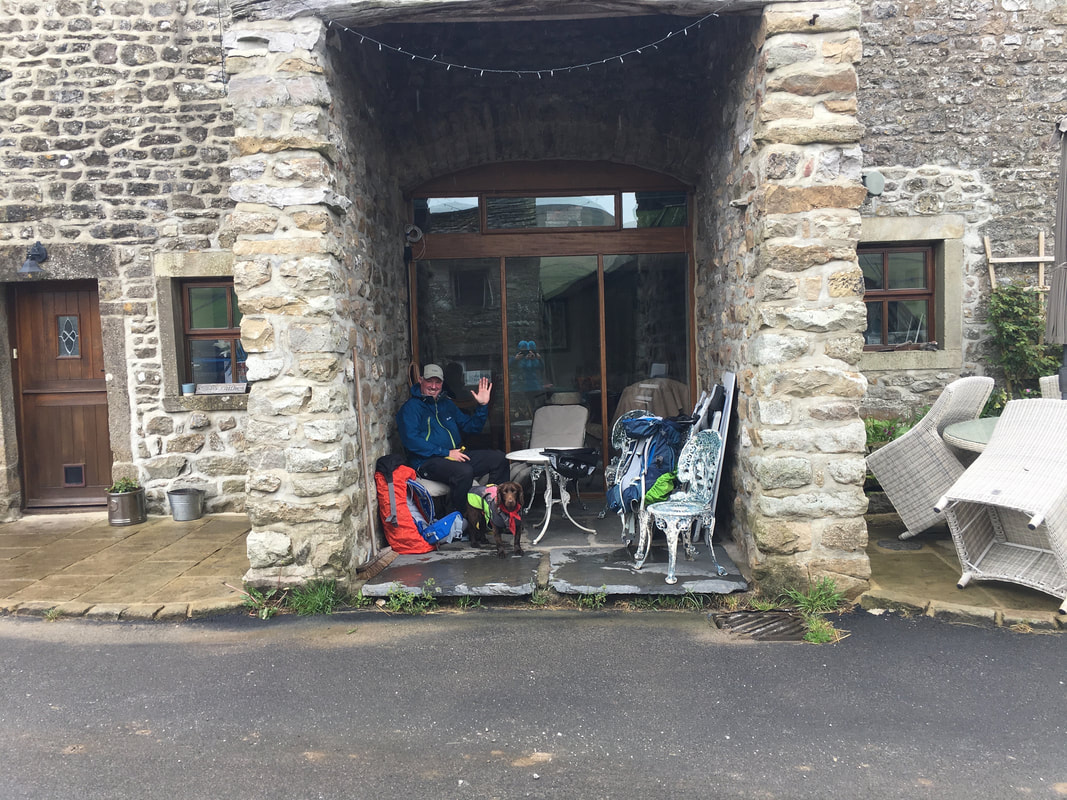 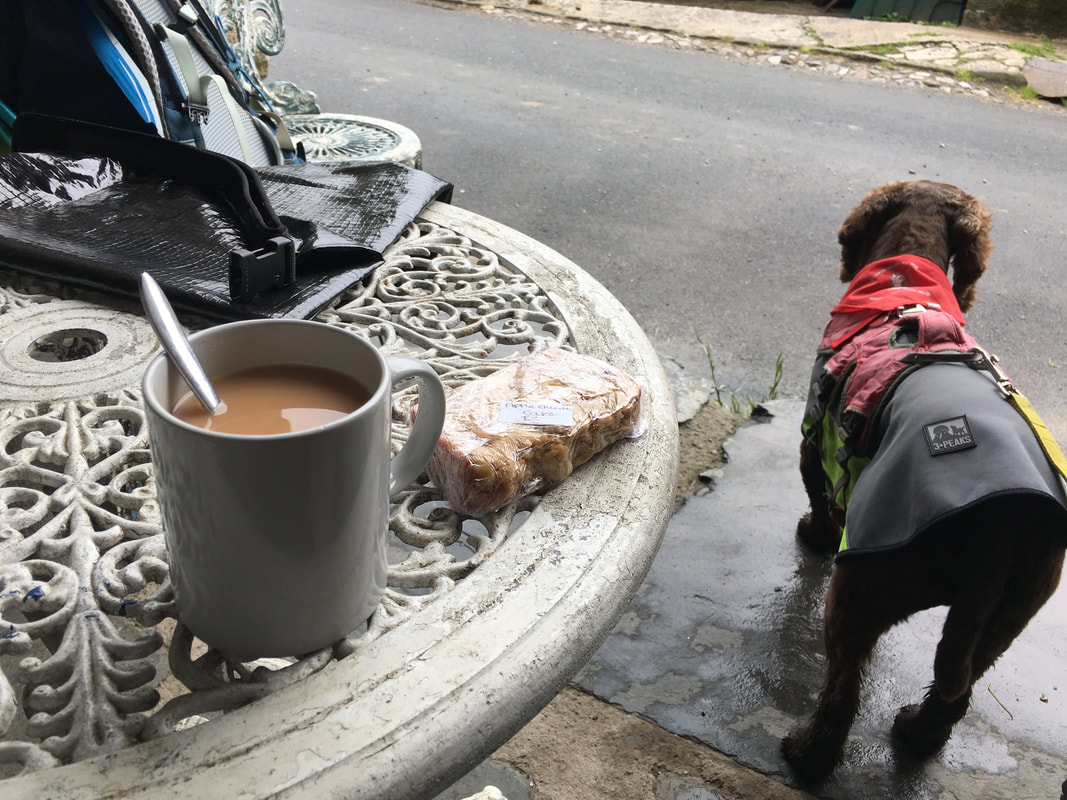 This was extremely welcome - out of the rain for a while with a nice cuppa and an excellent Apple Crumble Cake.
​Fudge is acting as lookout in case there are any of the infamous Halton Gill Cake Bandits in the area 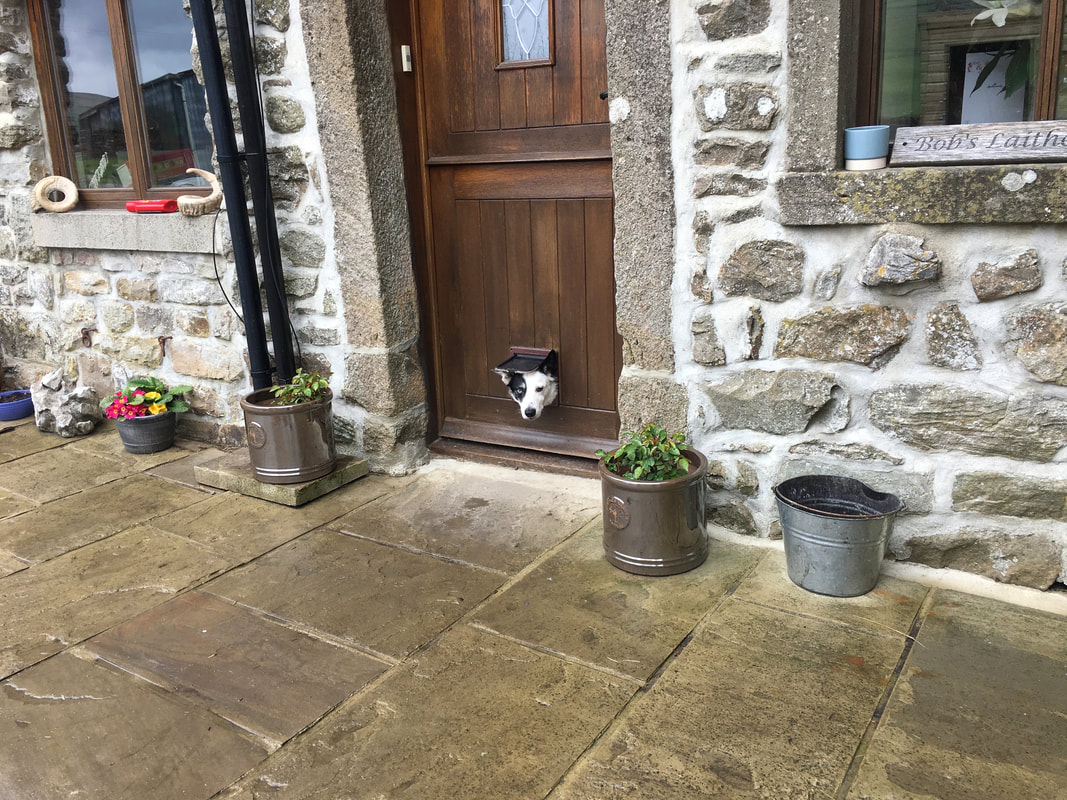 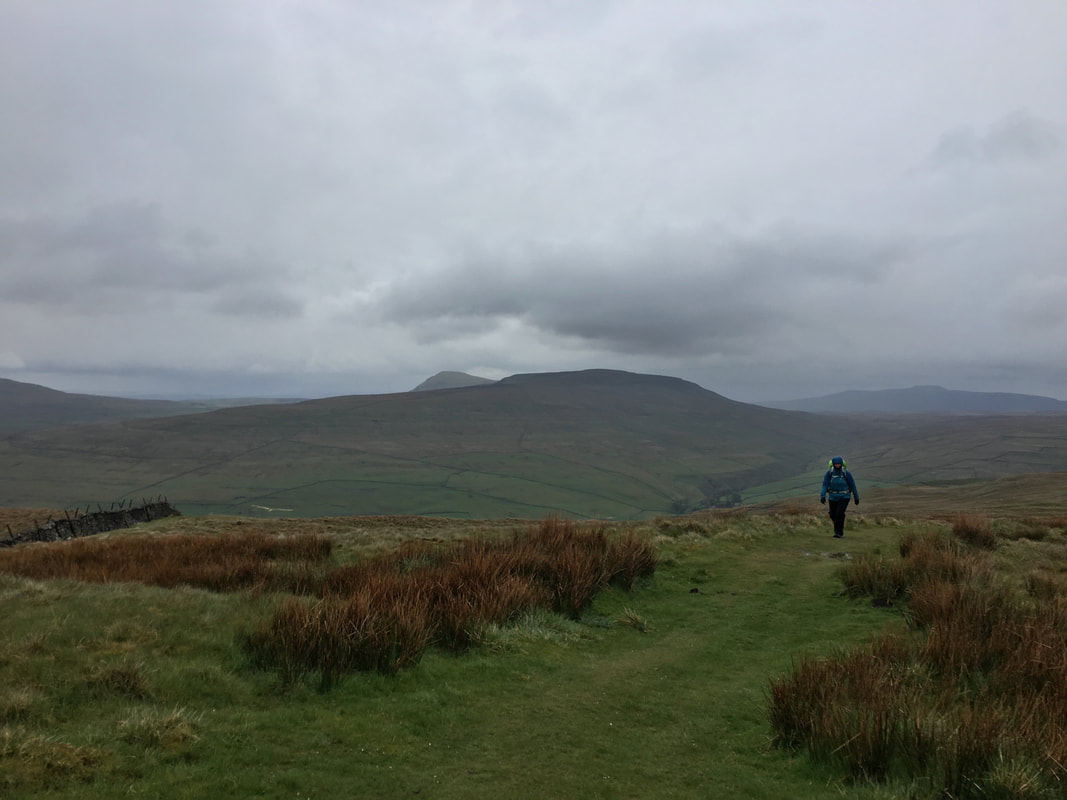 Still lumping it down as we head up to Horse Head Gate. Ingleborough can be seen in the distance to the right 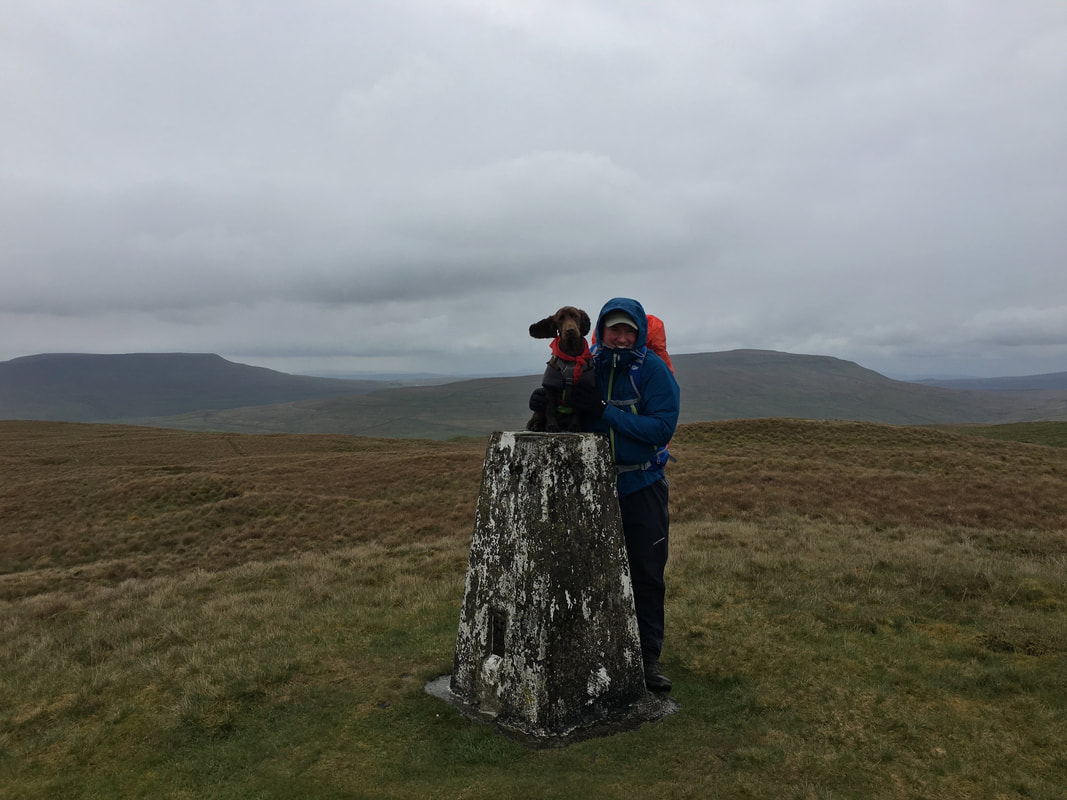 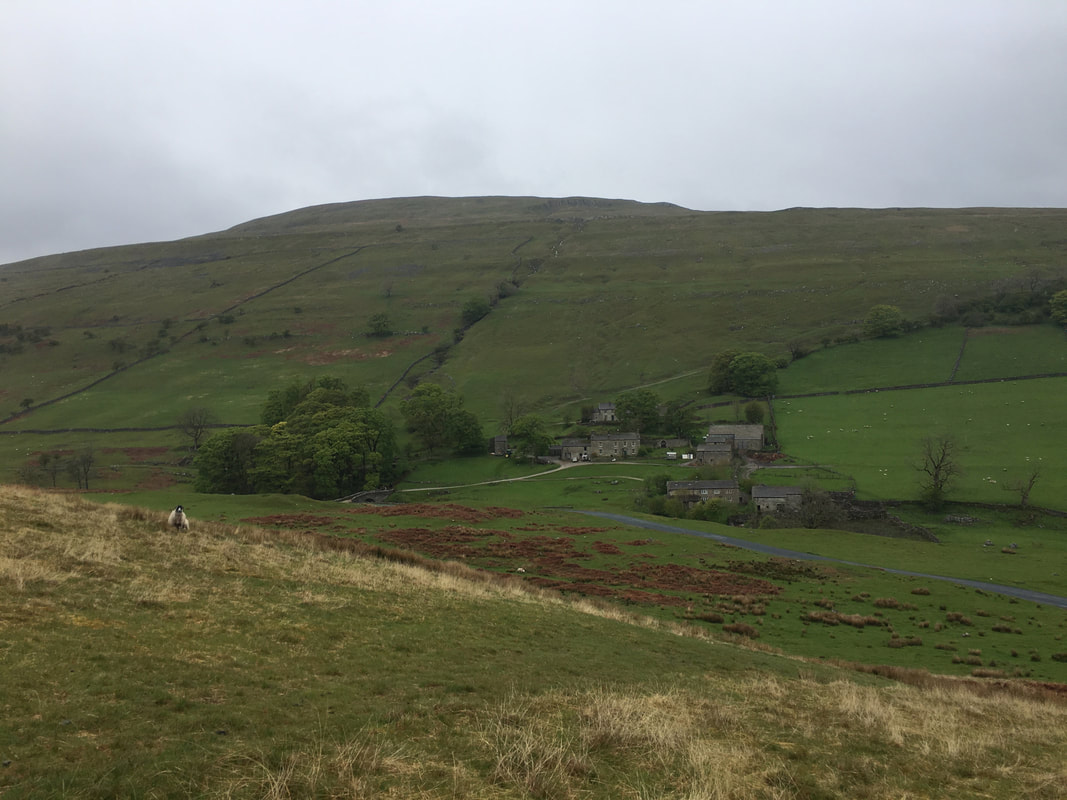 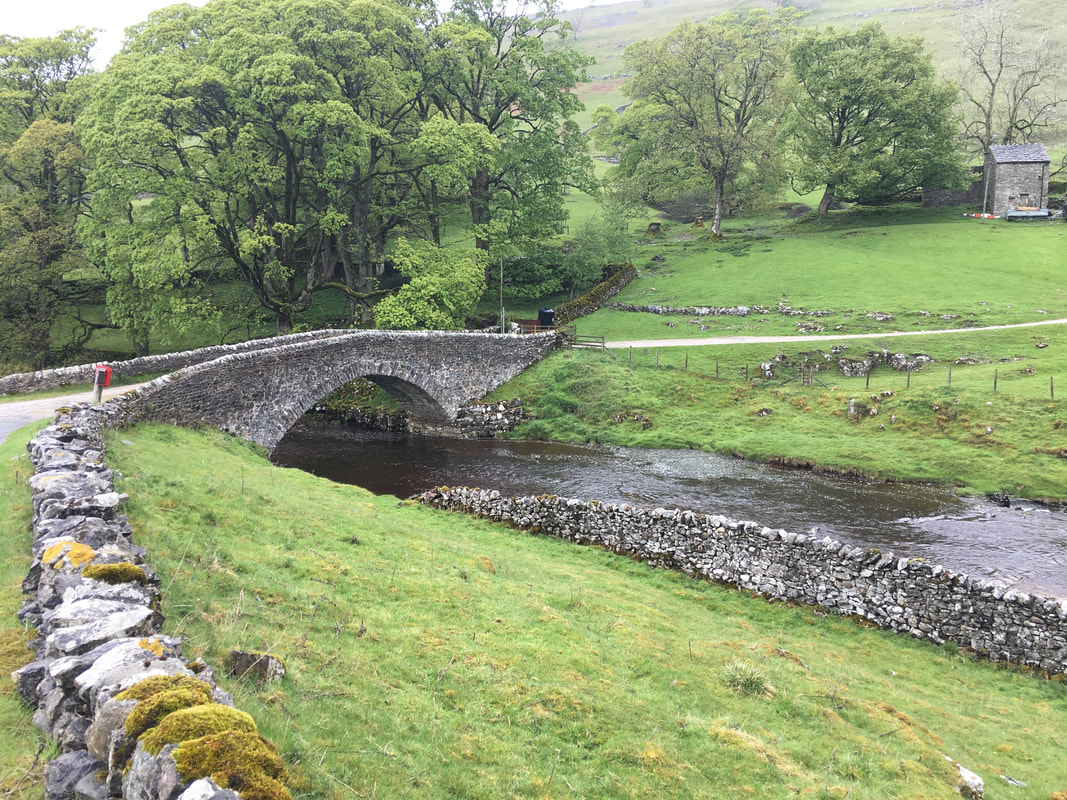 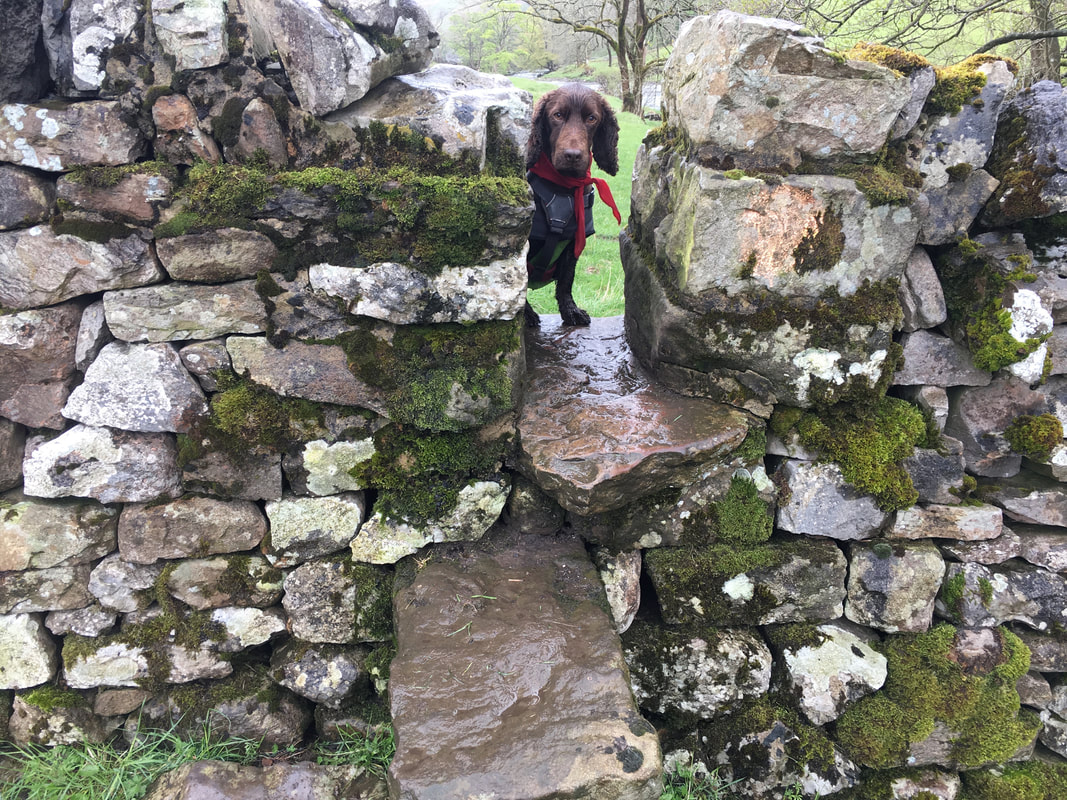 Are you two coming or what? 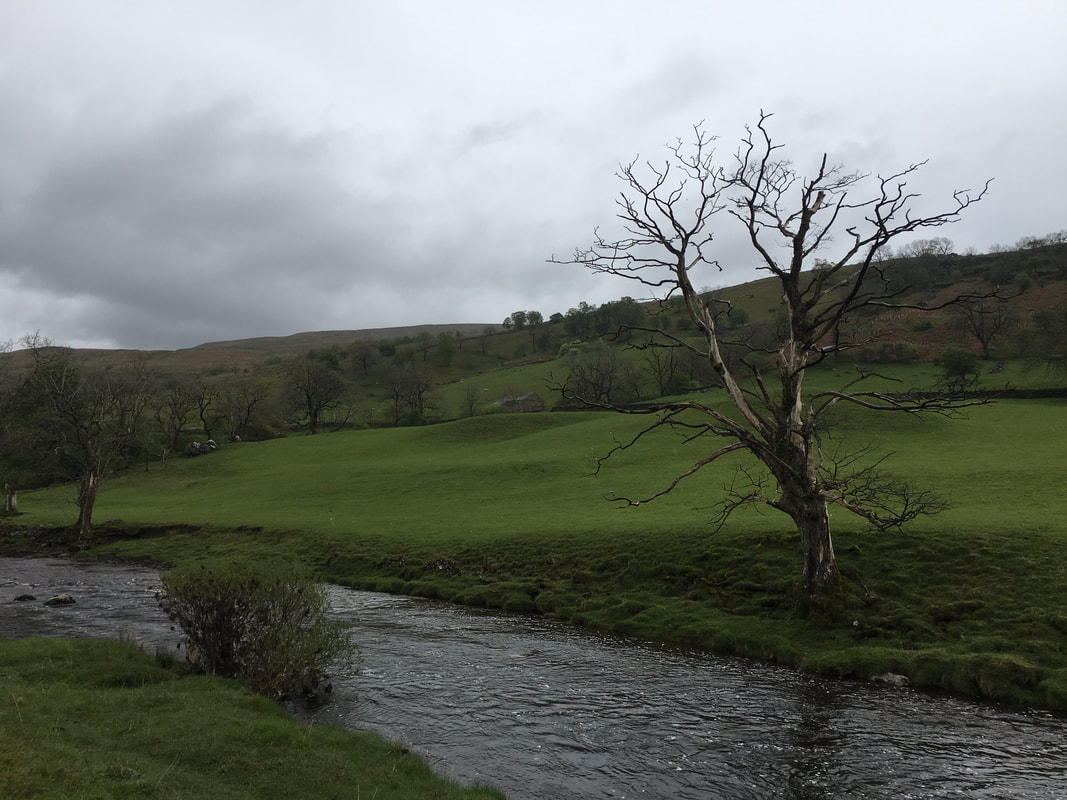 Handrailing the River Wharfe as we head to Hubberholme 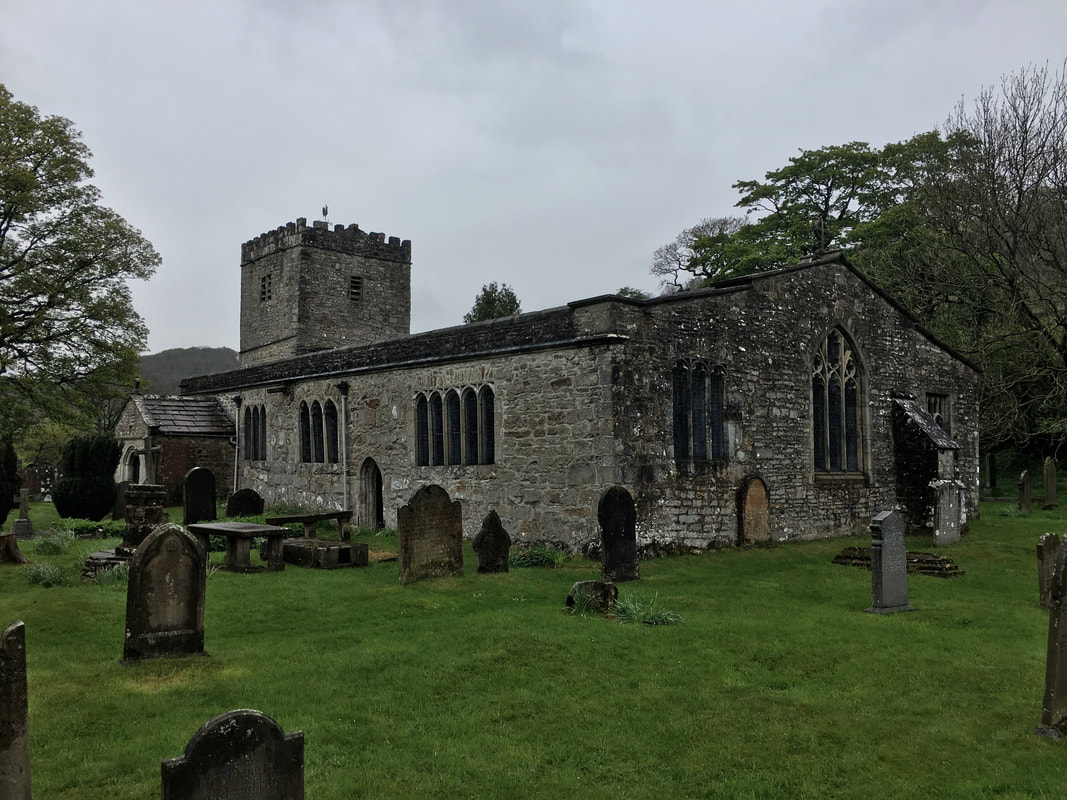 The church of St Michael & All Angels in Hubberholme. The Yorkshire born author J B Priestley described the church as 'one of the smallest and most pleasant places in the world'. His ashes are scattered in the churchyard.​ 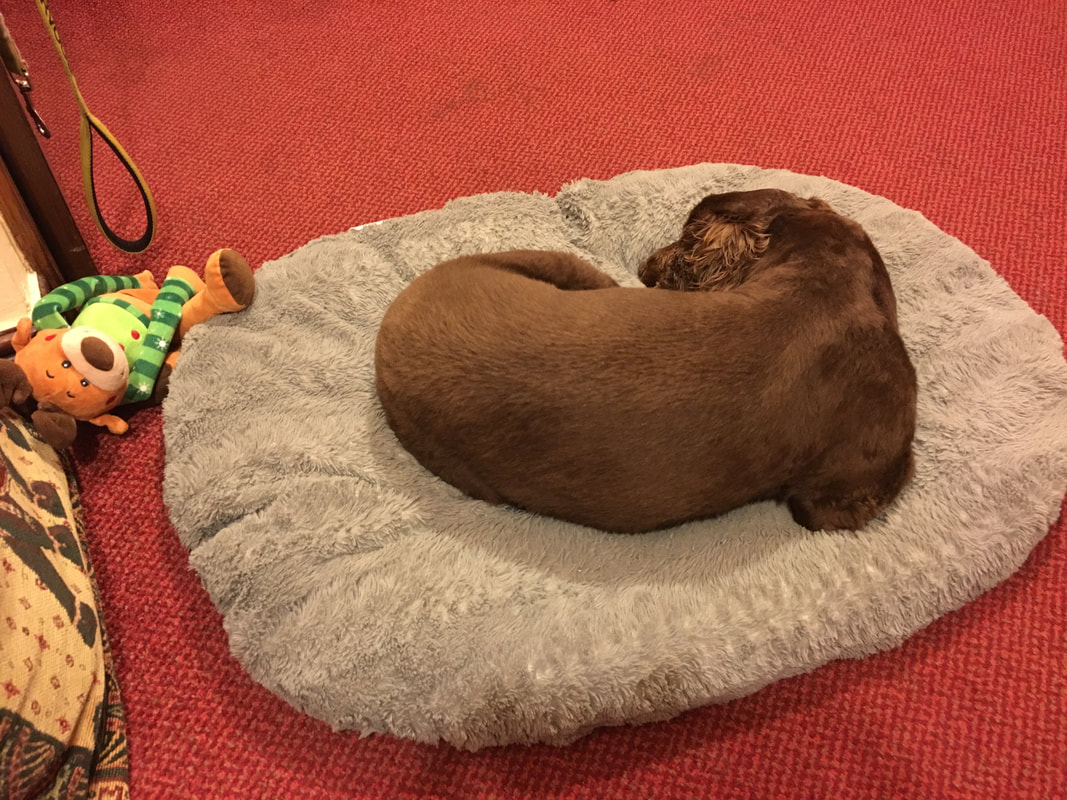 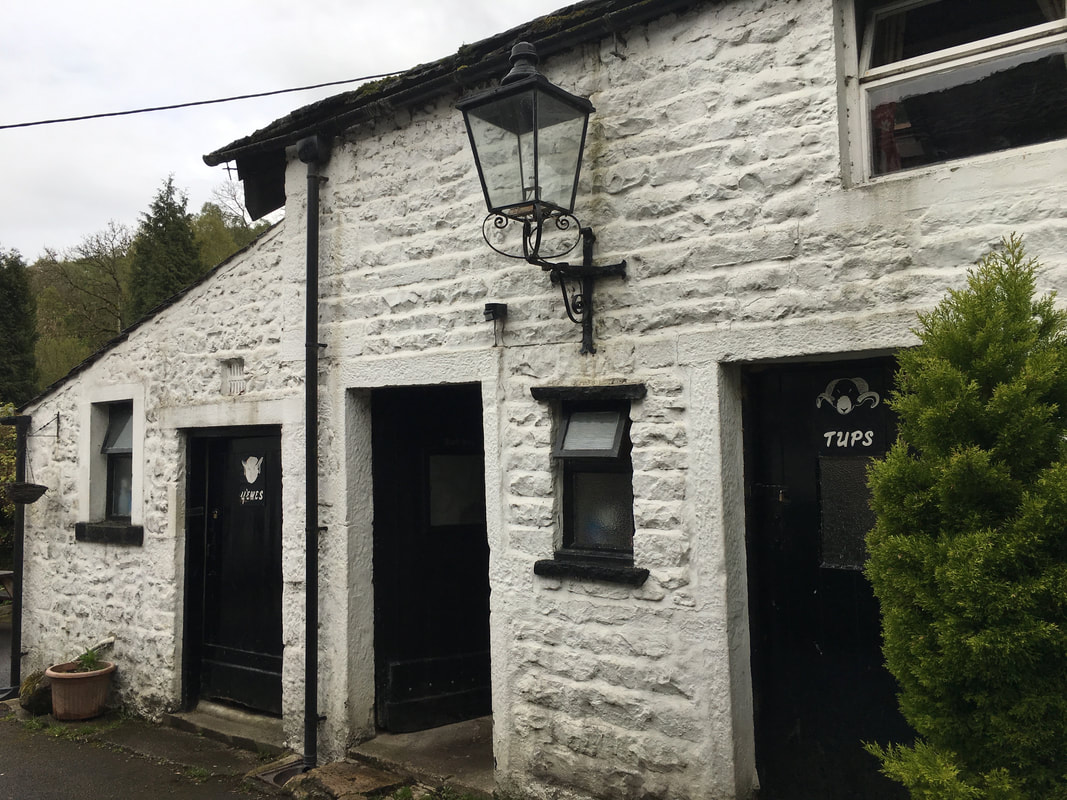 That's the Ladies & Gents to you & me 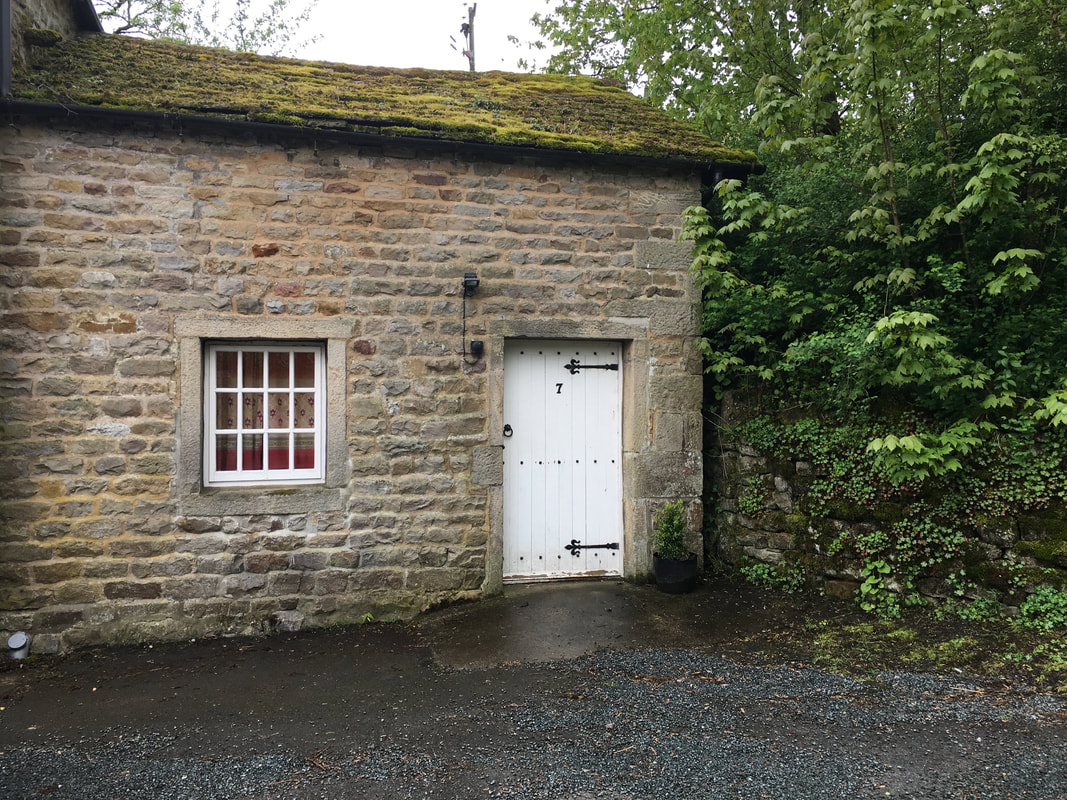 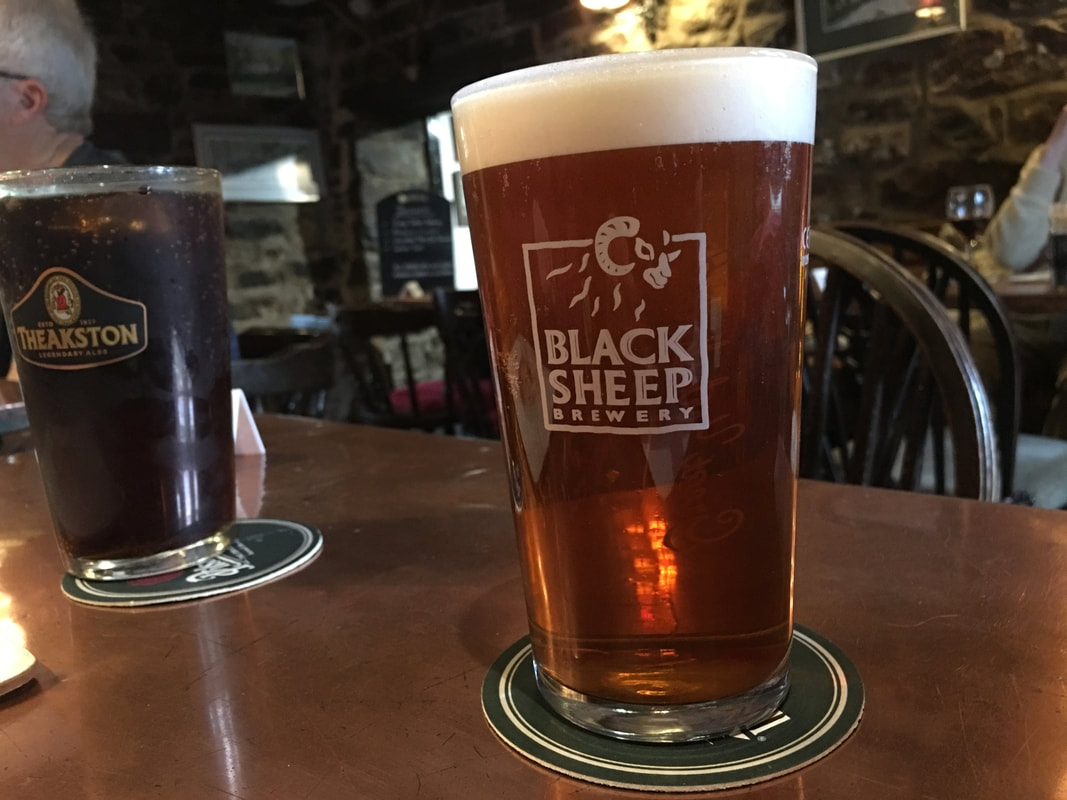 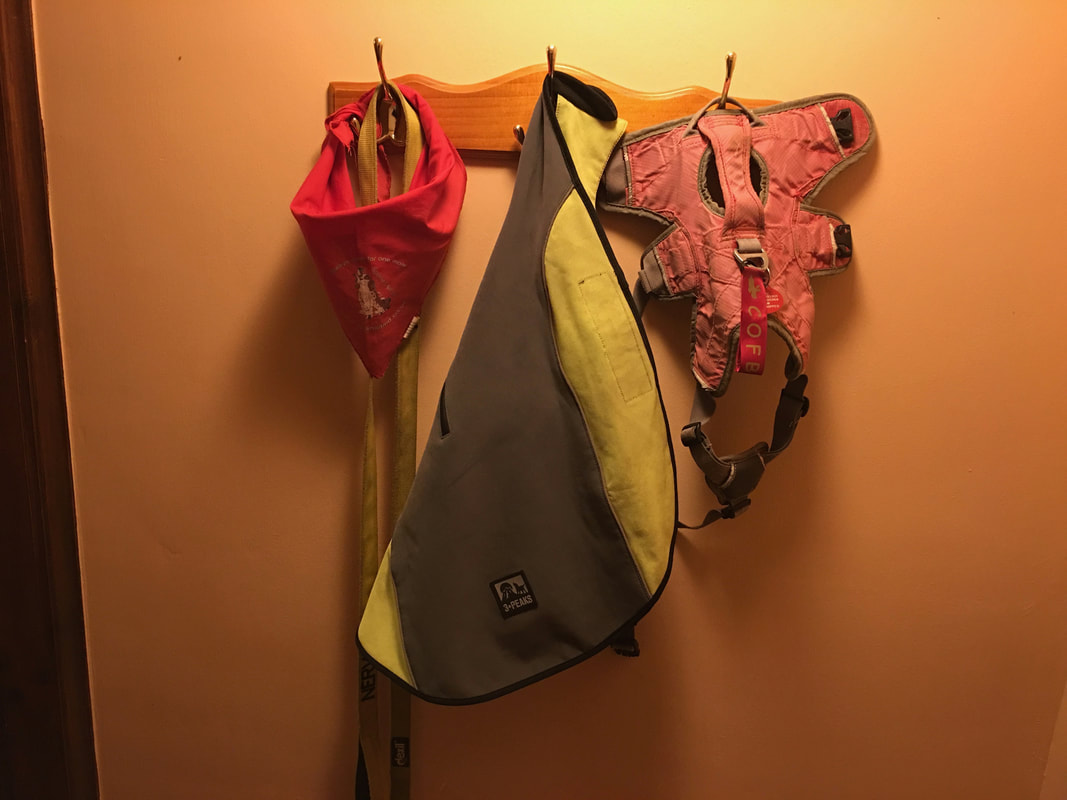 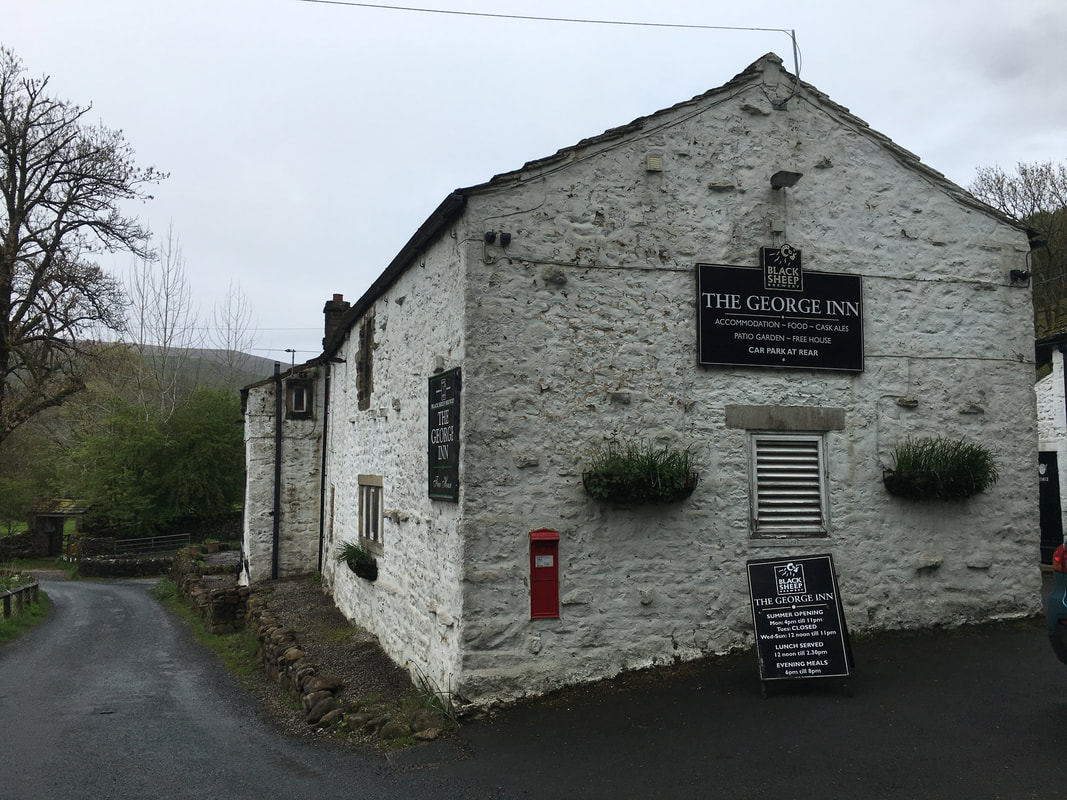