After Breakfast we caught the 1000 bus to Saltburn from Runswick Bay and after a quick visit to Sainsburys we walked down to the sea front and were greeted with fog & sea mist. It was quite humid with a welcoming light breeze which we hoped would blow the misty conditions somewhere else. As we headed along the promenade the visibility was not getting any better therefore we decided to make an early pit stop in Camfields Espresso Cafe to see if a bit of Cake & Hot Chocolate would shift the foggy mist - luckily it did!

By about 1230 it was a totally different day as we continued along the sea front towards the public footpath that would take us up on to the cliff above Saltburn. Once on top of the cliff the walking was delightful - a long grassy section along Saltburn Scar all the way to Skinningrove and it was here that the weather became overcast for the rest of the walk unfortunately. Skinningrove is a very quiet former fishing village with a pleasant beach at Cattersty Sands, split in half by a long jetty.

The route continued above White Stones and the village of Boulby, home of the mine which produces an agricultural fertiliser called potash and then dropped down into Staithes. This village was formerly one of the many fishing centres in England, however Staithes is now largely a tourist destination and is also famous for the fact that Captain James Cook once worked in the village as a Grocer's Apprentice. Staithes also has a lovely pub perched right on the seafront - The Cod & Lobster and we stopped here for a while to partake of a nice cool drink before heading steeply out of the village.

​Continuing along the cliff to Port Mulgrave it was sad to see such clear evidence of erosion all along this section and there were several short diversions in place to avoid the worst of the landslides. We arrived back in Runswick Bay just after 1800 and after a clean up adjourned for Dinner in the hotel - this time without the "Drunk in Residence" who was thankfully having a night off. 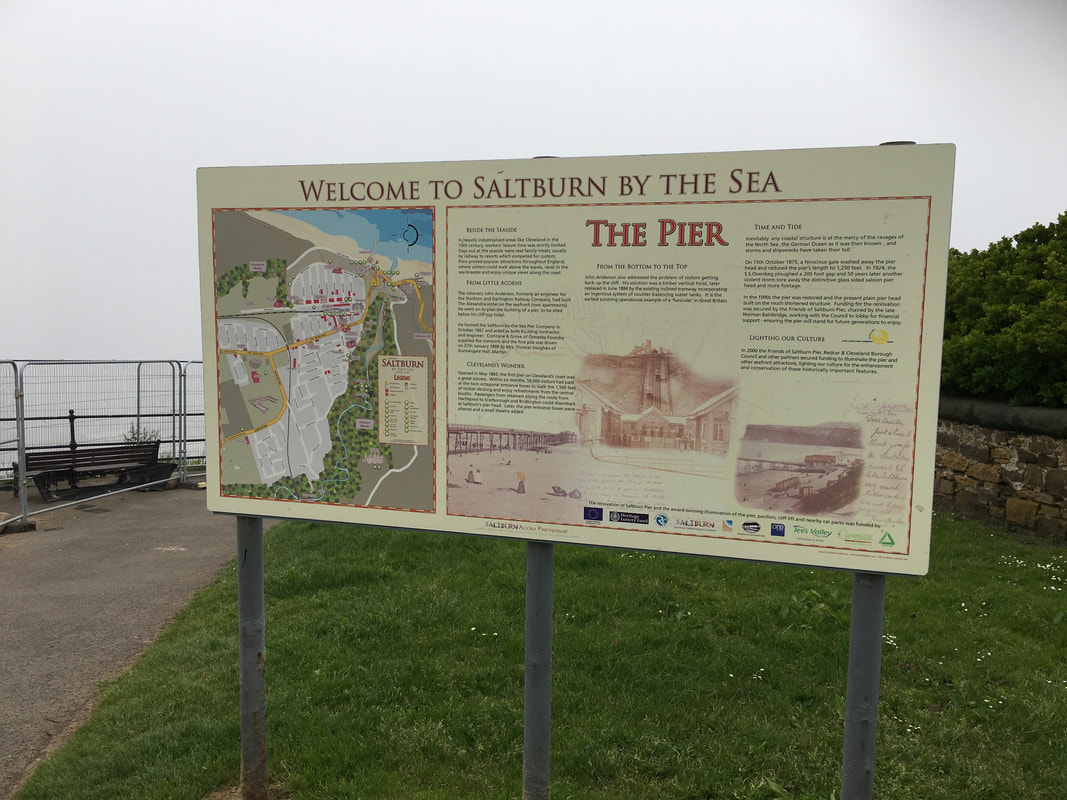 Above the pier at Saltburn - they were doing work on the Funicular Railway hence the fencing. 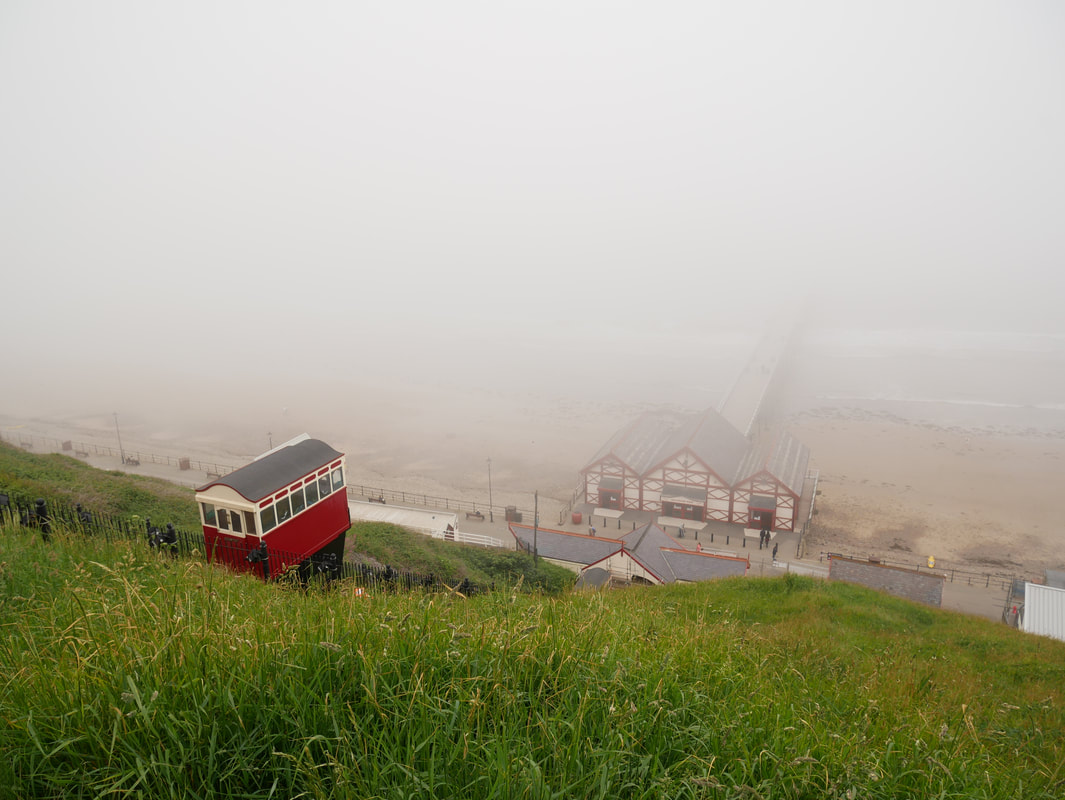 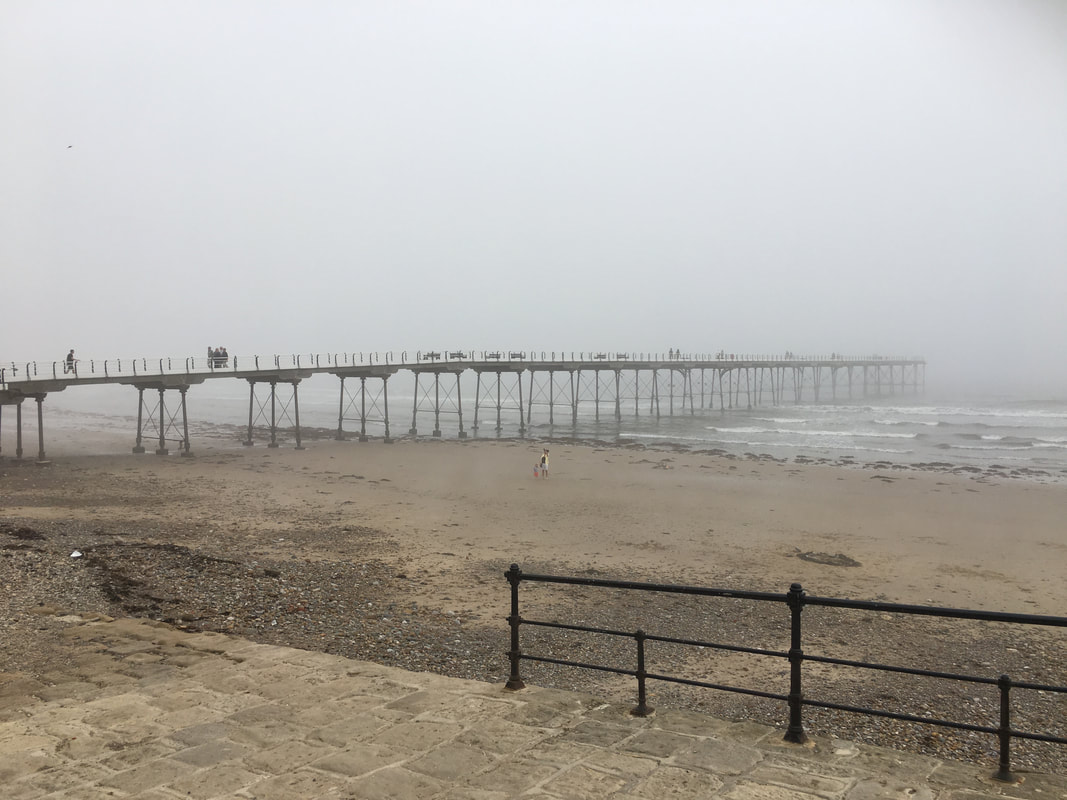 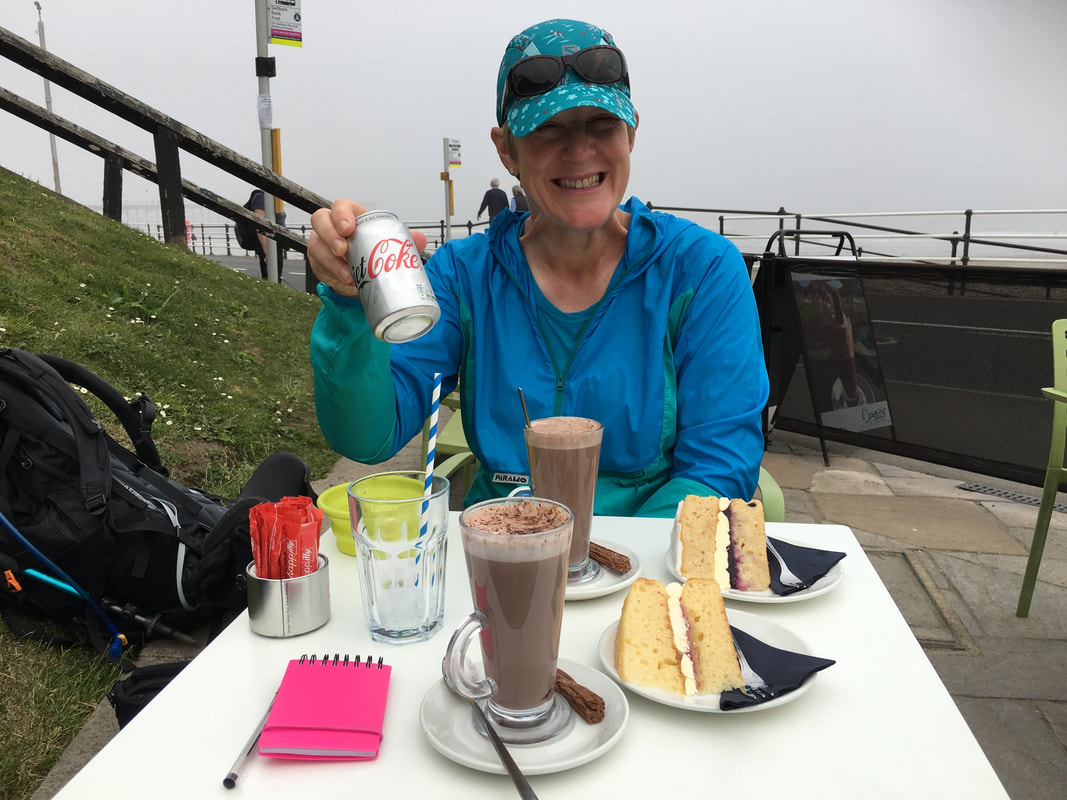 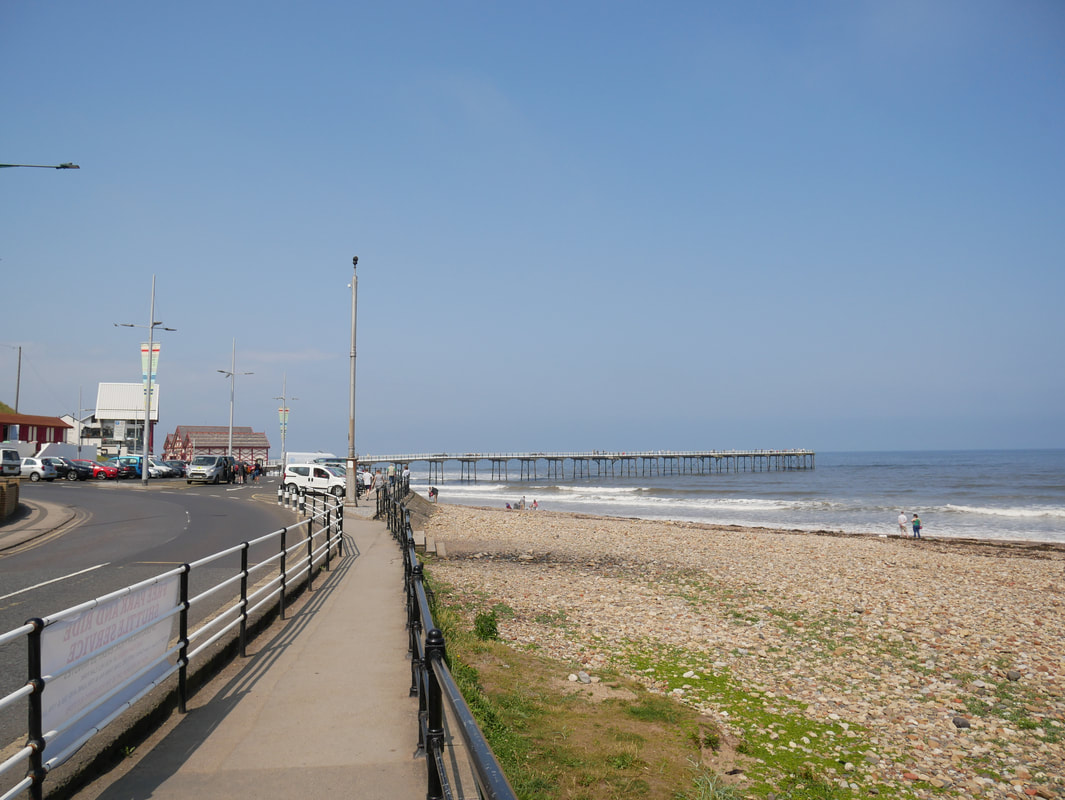 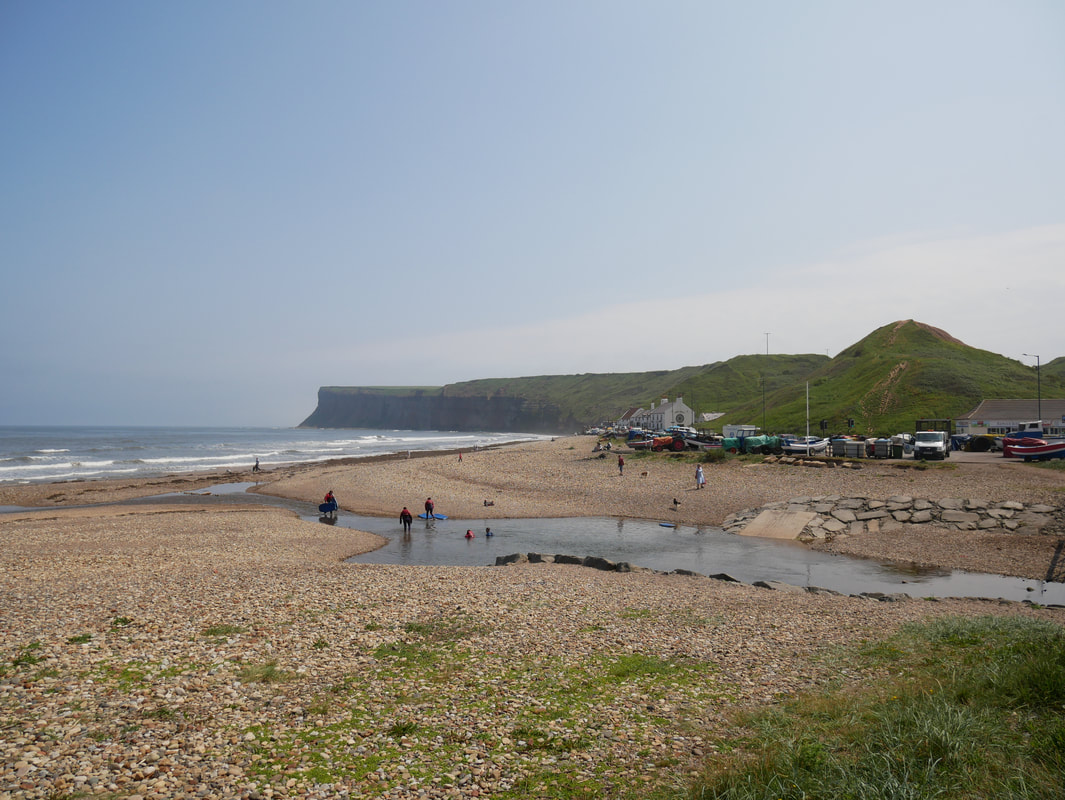 Our onward route above Saltburn Scar 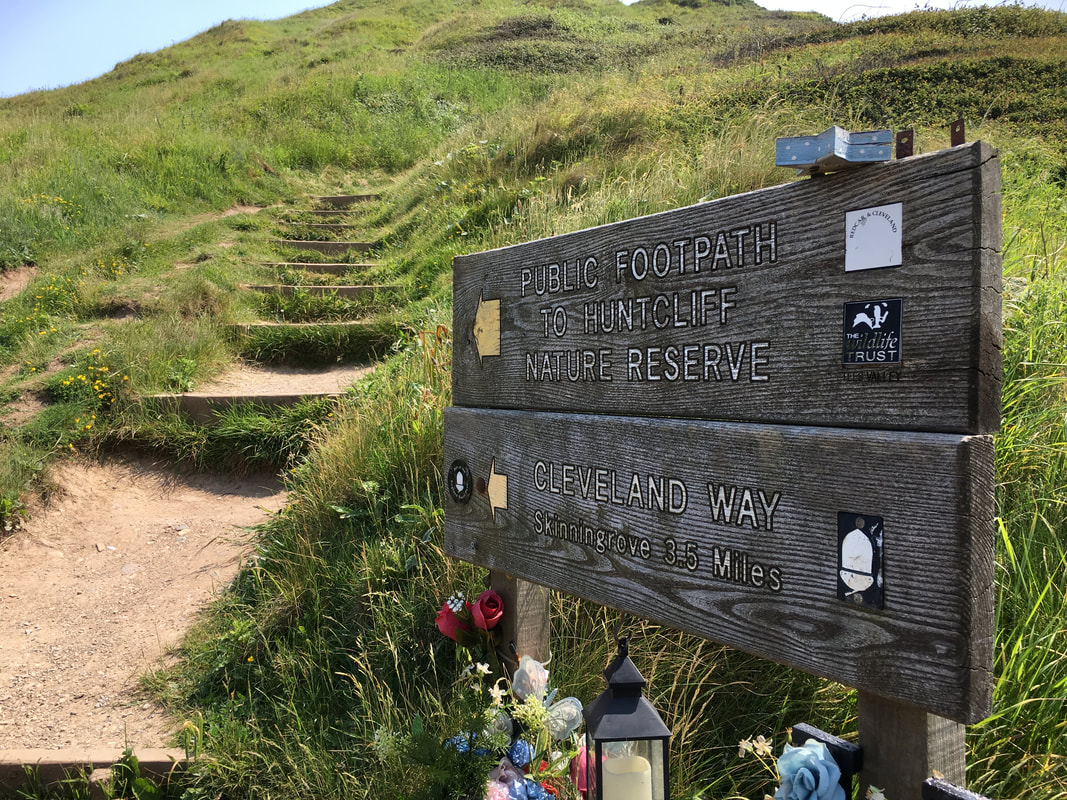 And up we go - next stop Skinningrove 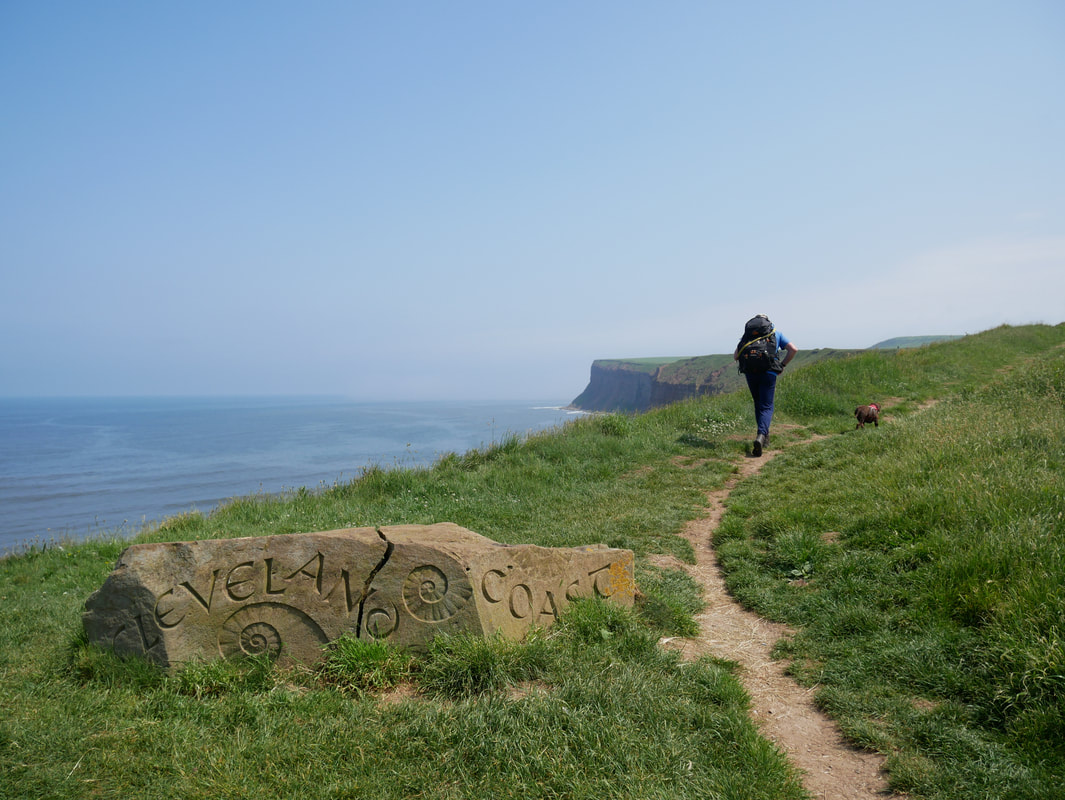 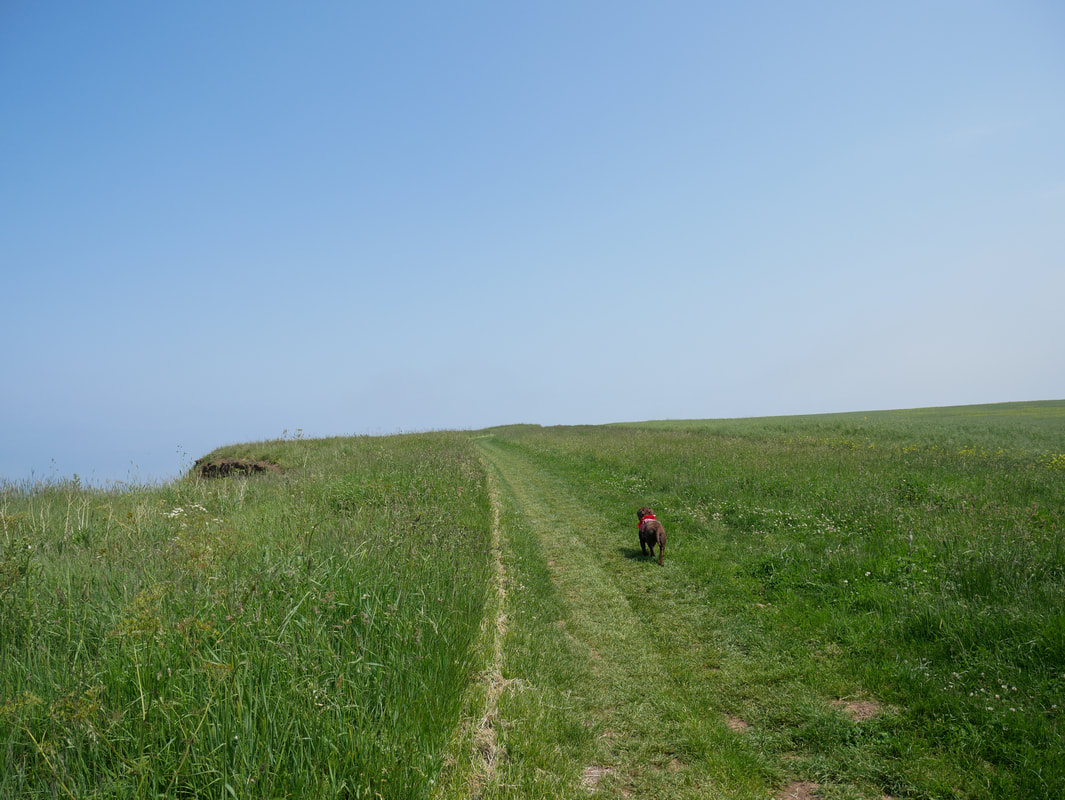 Saltburn Scar was a lovely stretch of walking 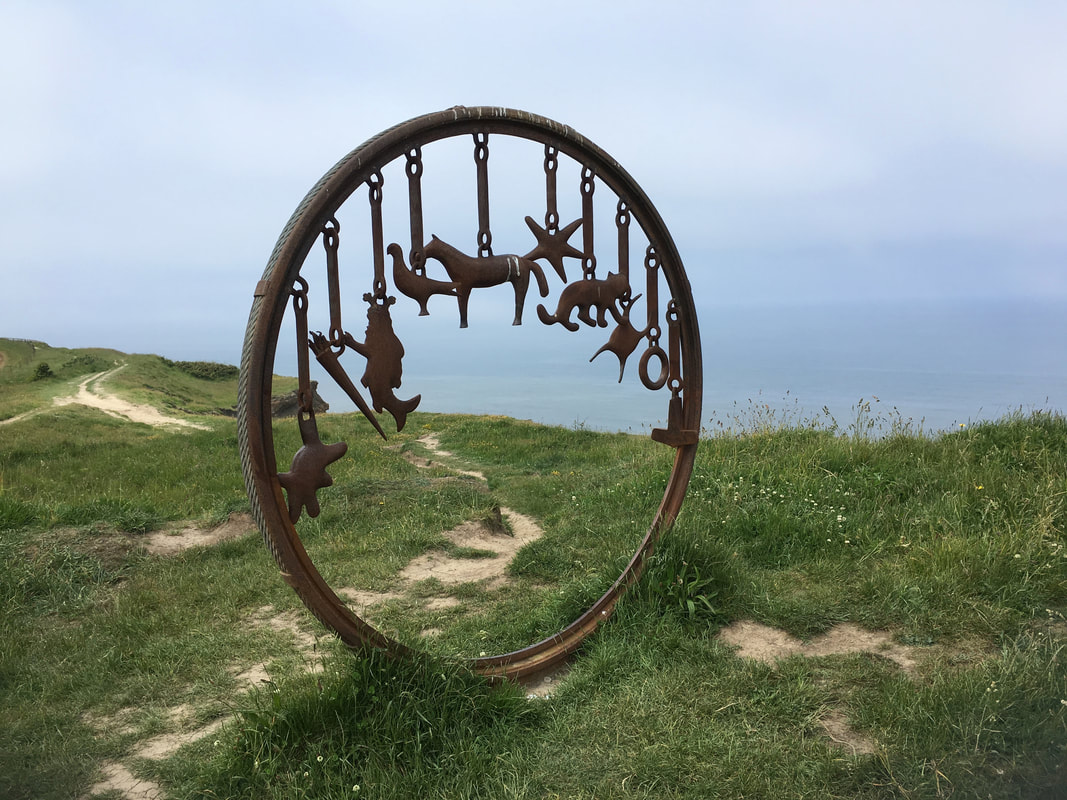 The "Charm Bracelet" sculpture near Saltburn.
​Each charm is a three dimensional image representing a story of local culture, tradition or folklore. 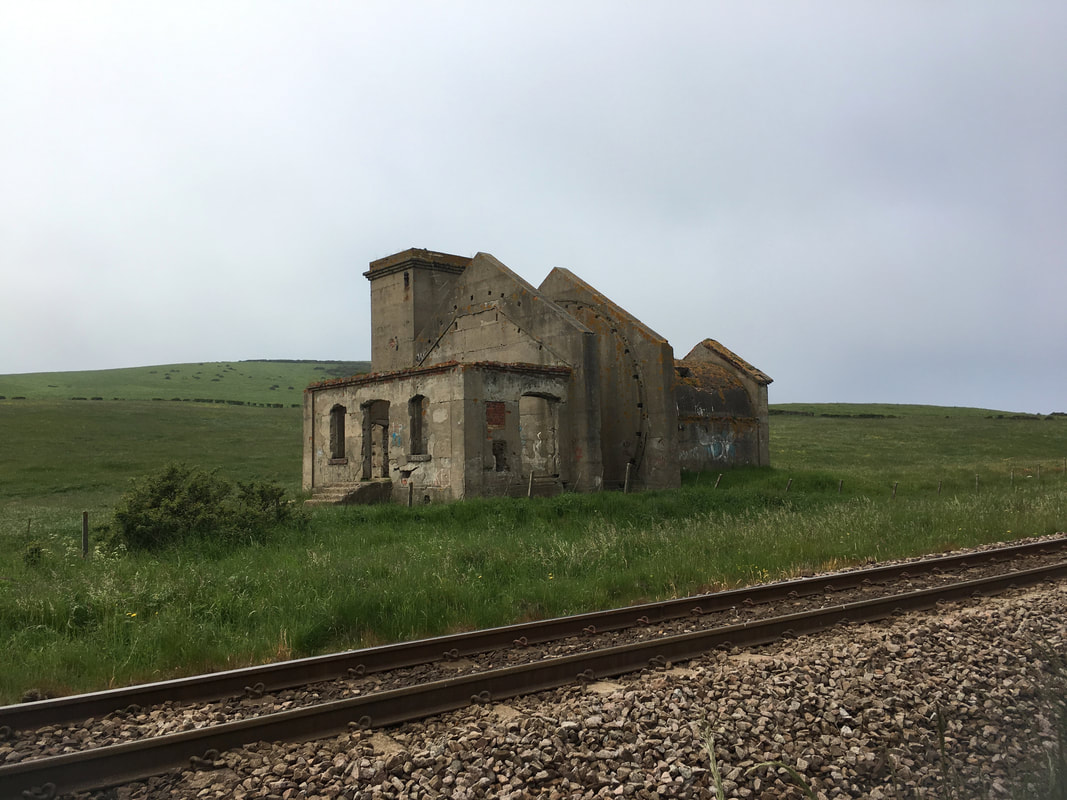 The Huntcliffe Guibal Fan House near Warsett Hill.
​The building housed a large fan that provided ventilation to the old ironstone mines, with which this area is peppered.
​The mines were in operation roughly from the 19th century until the mid 20th century and are all now extinct. 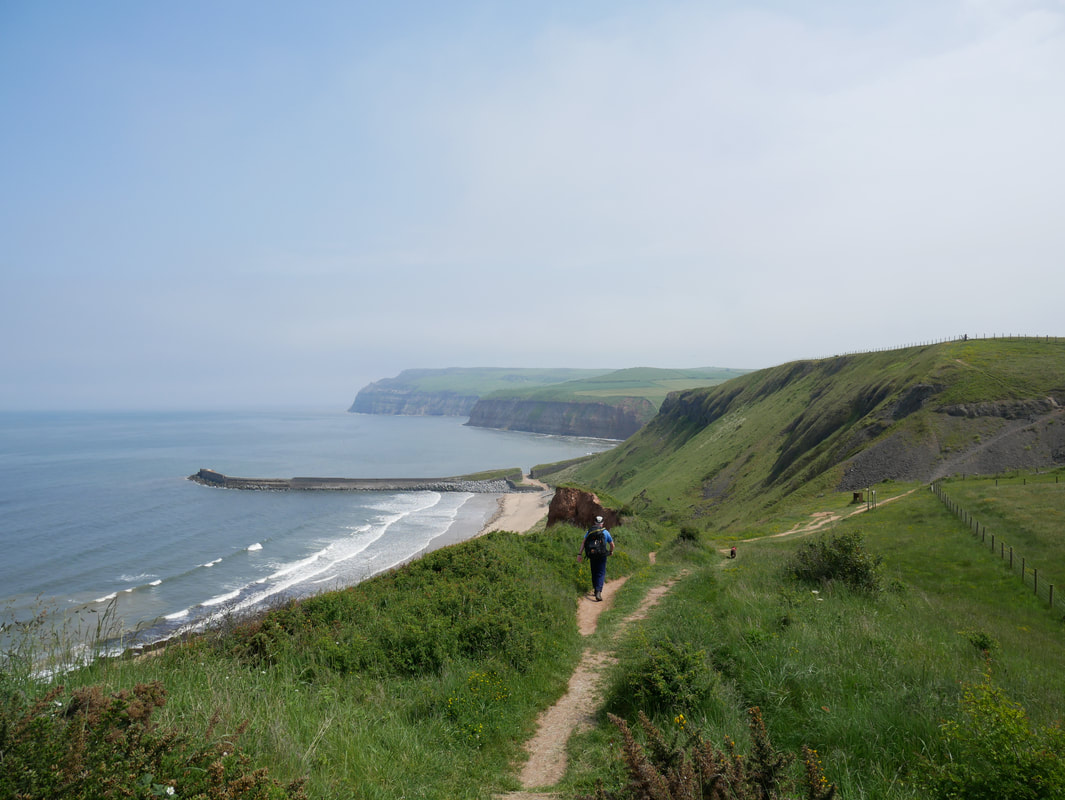 Heading down to Skinningrove - Cowbar Nab, Staithes is in the distance 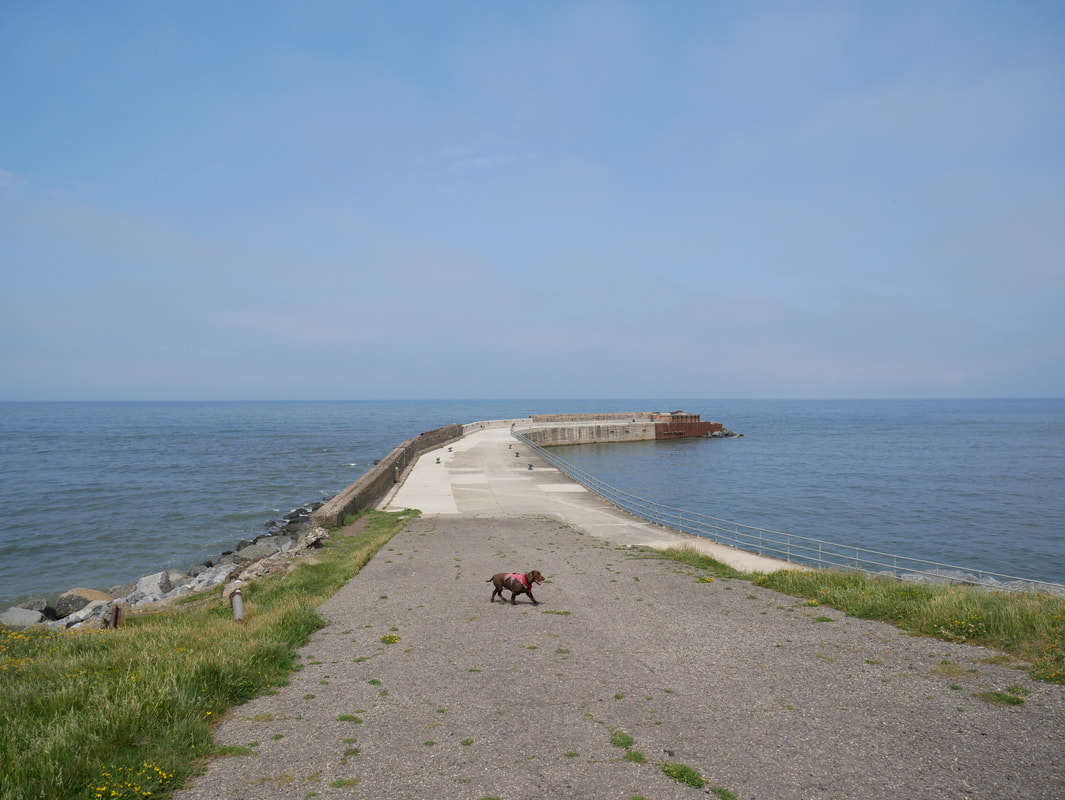 The jetty at Skinningrove was built in 1886 and opened in 1888.
​It was used for loading pig iron from the Skinningrove Works on to ships for transport to Grangemouth in Scotland. 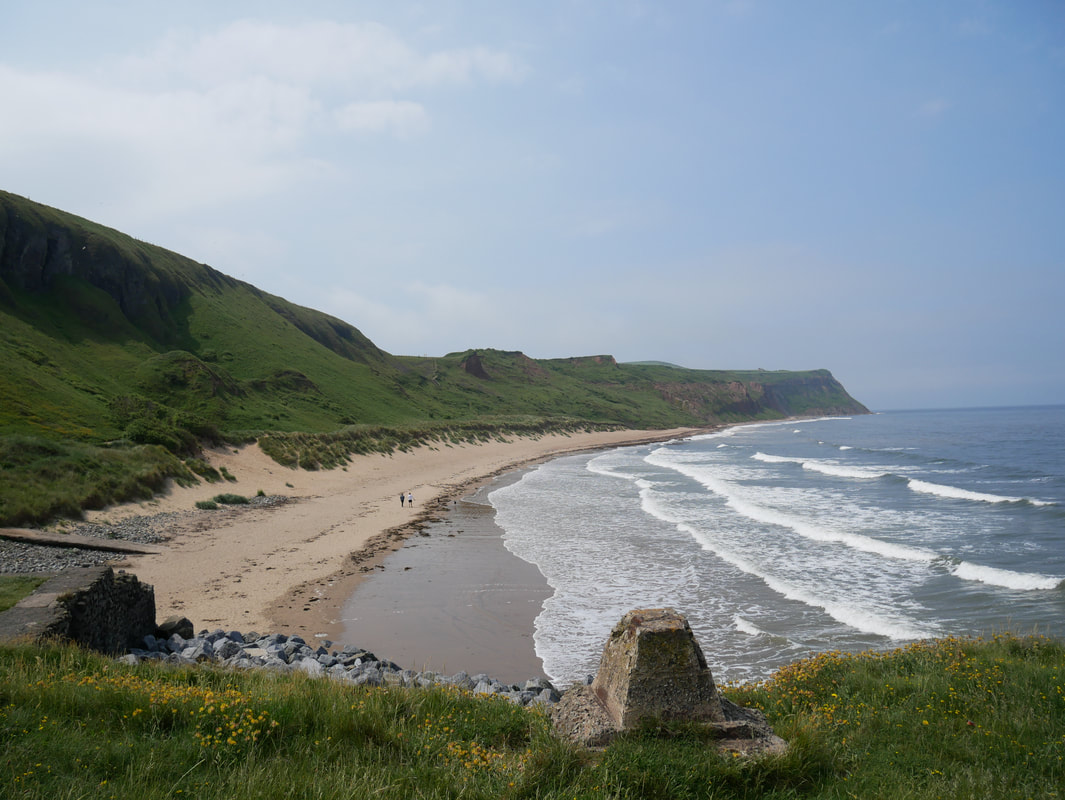 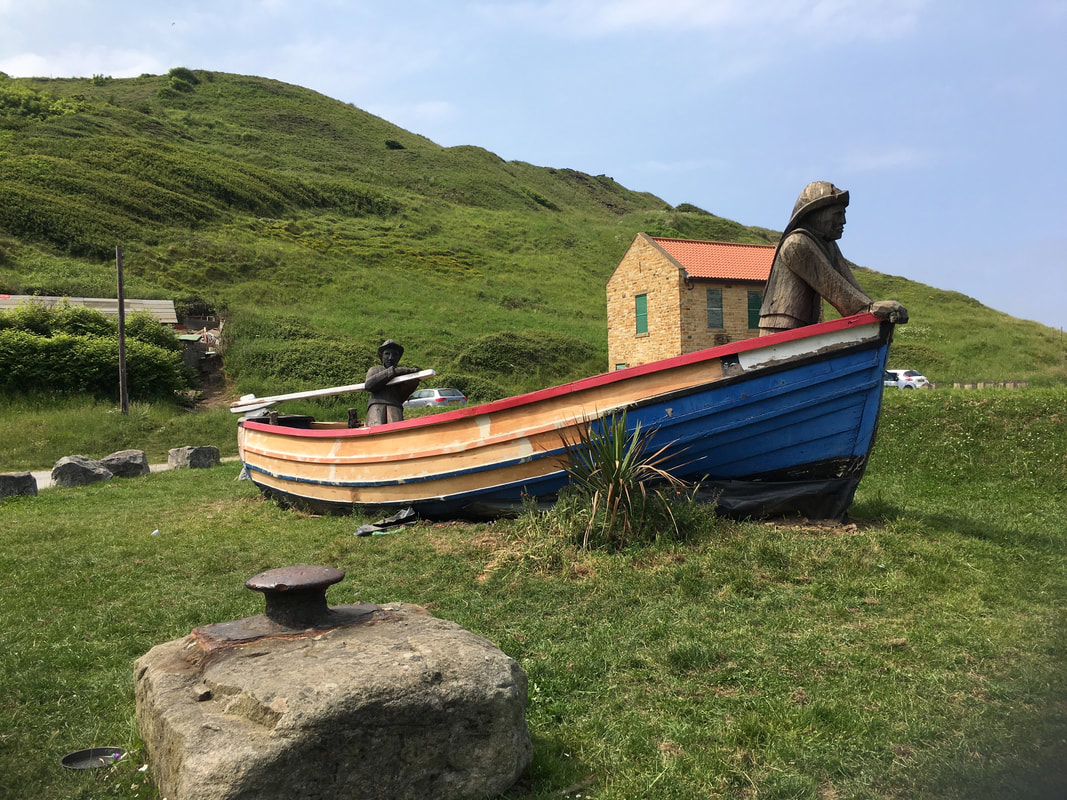 The Repus at Skinningrove.
This vessel was a working fishing coble based at Whitby then later abandoned at South Gare, near the entrance to the River Tees.
​It was due to be part of a bonfire when it was rescued and brought to Skinningrove, the home of its owner.
The boat was restored and wooden figures added to recognise those lost at sea in this area. 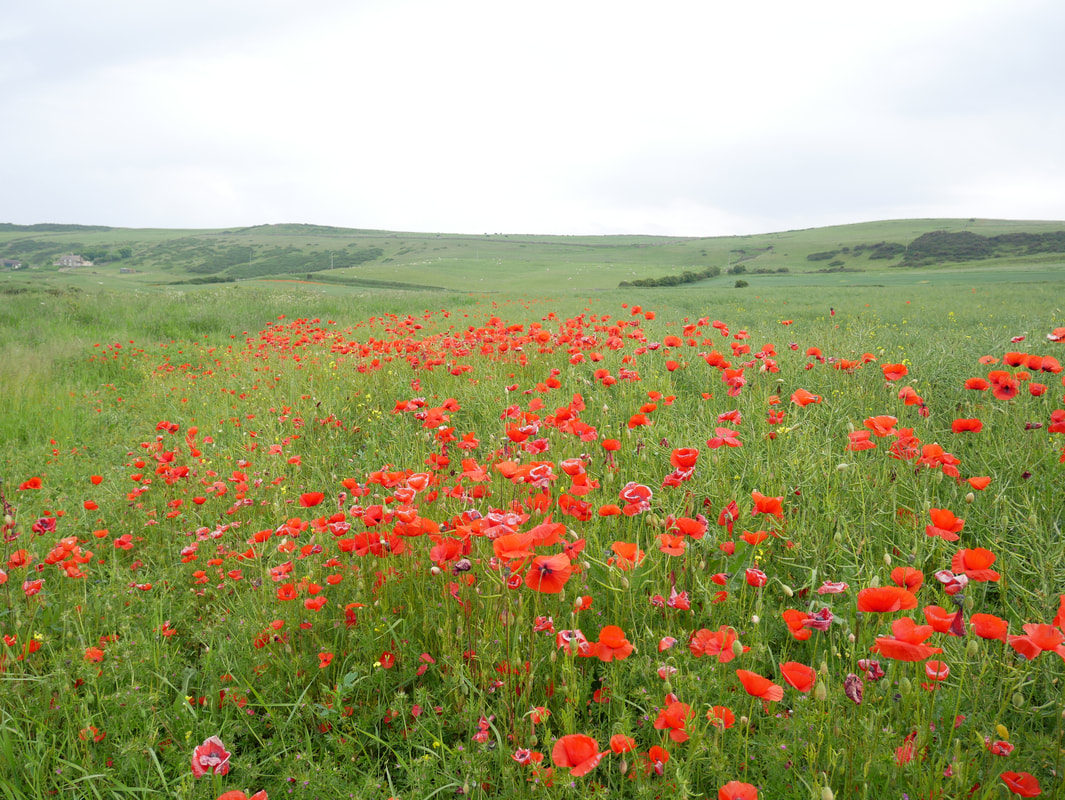 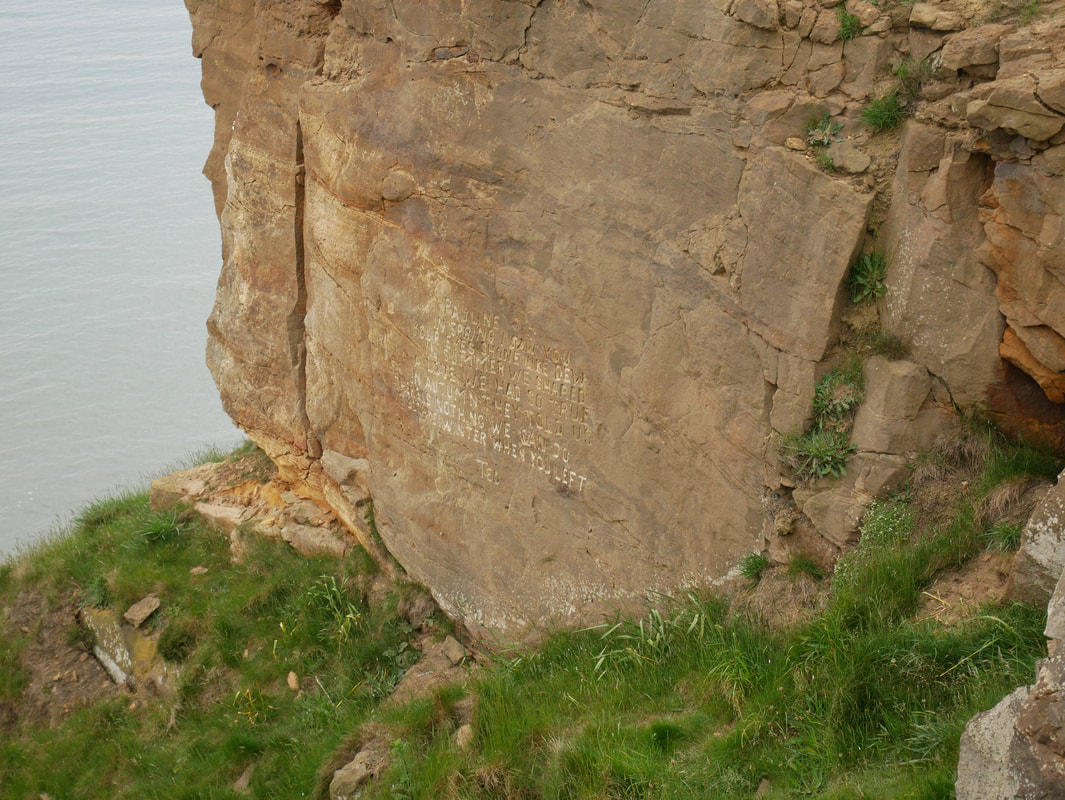 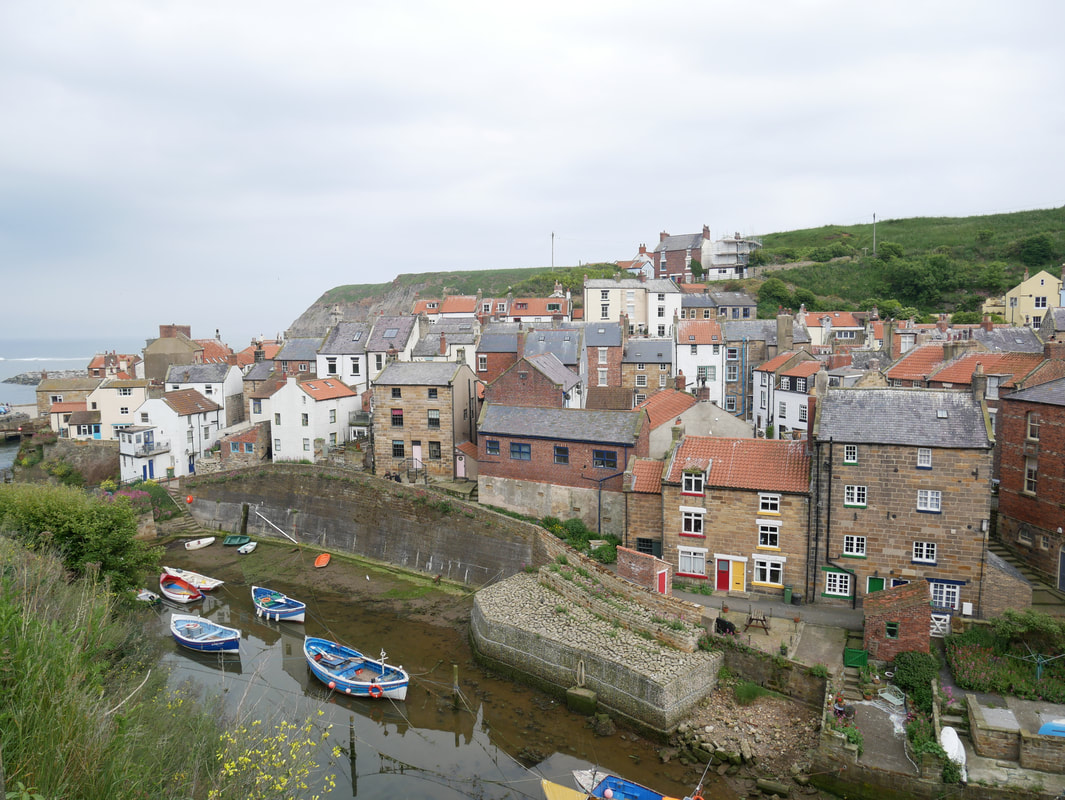 Above the harbour at Staithes 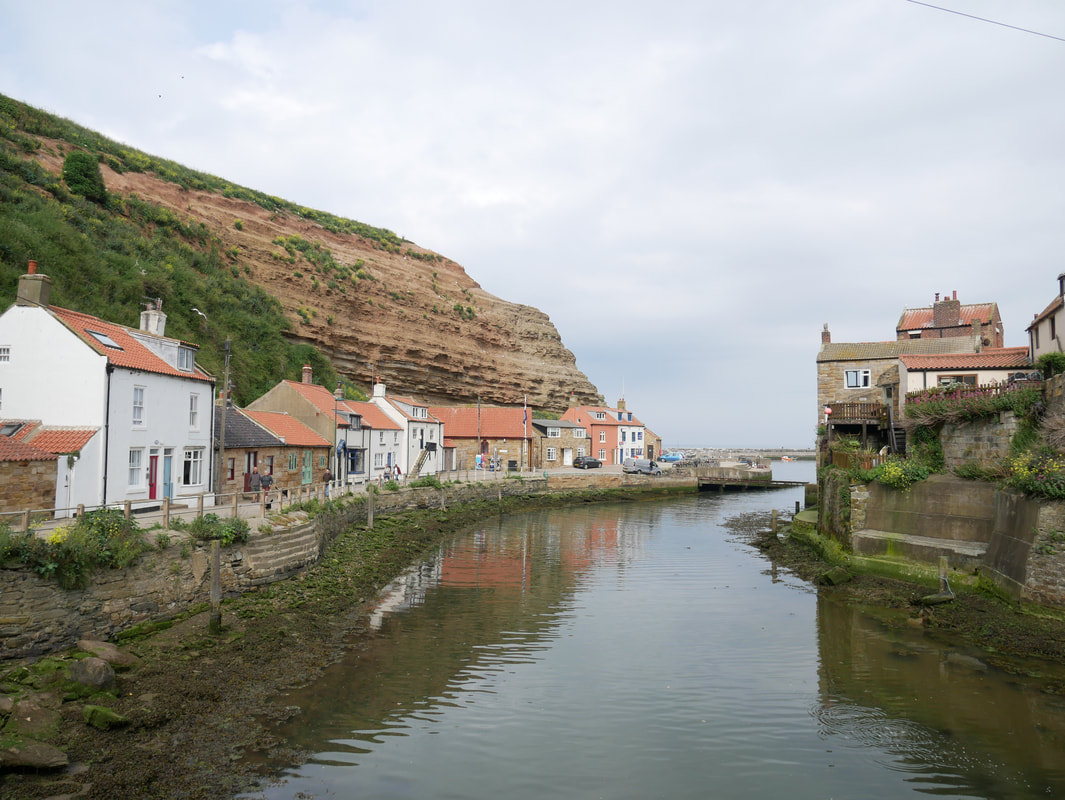 The harbour entrance at Staithes with Cowbar Nab to the left 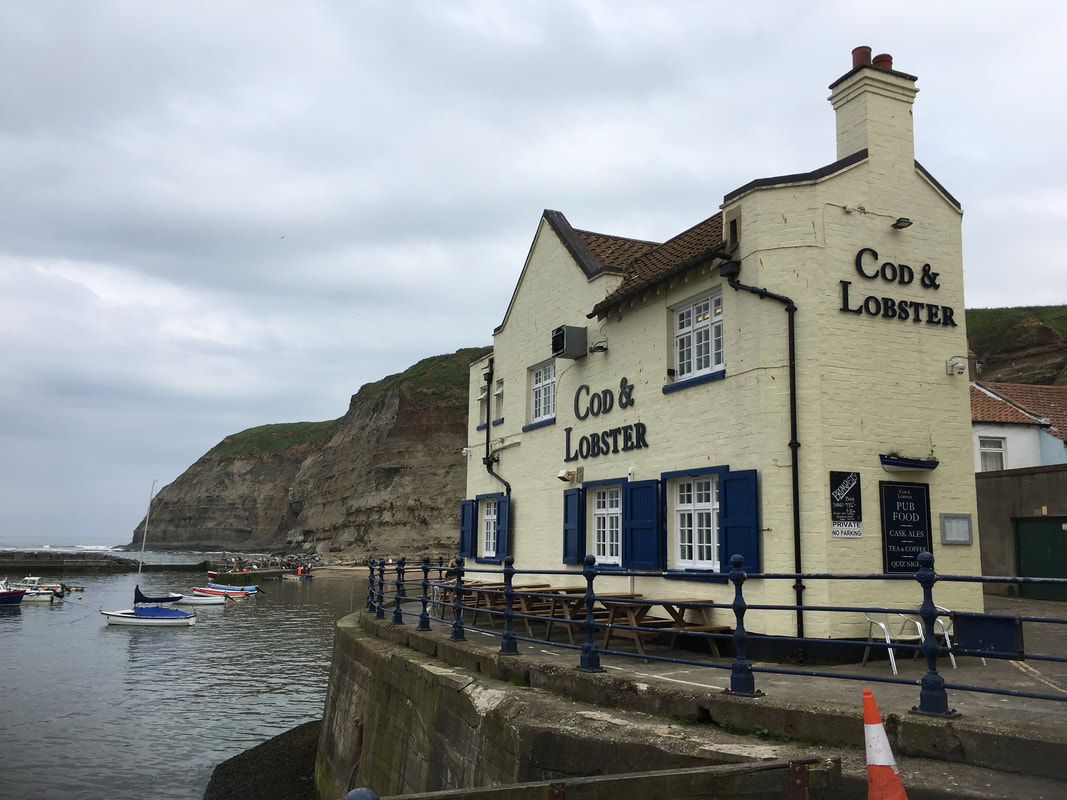 The lovely pub at Staithes virtually in the harbour - the menu looked very enticing. 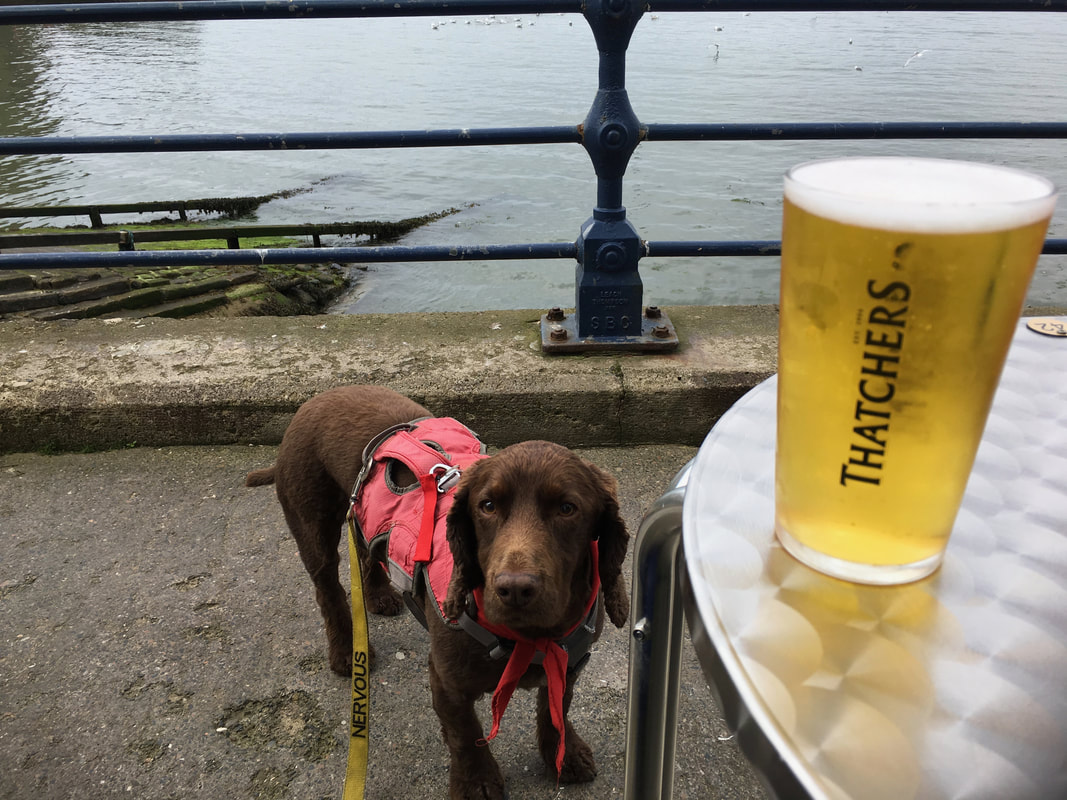 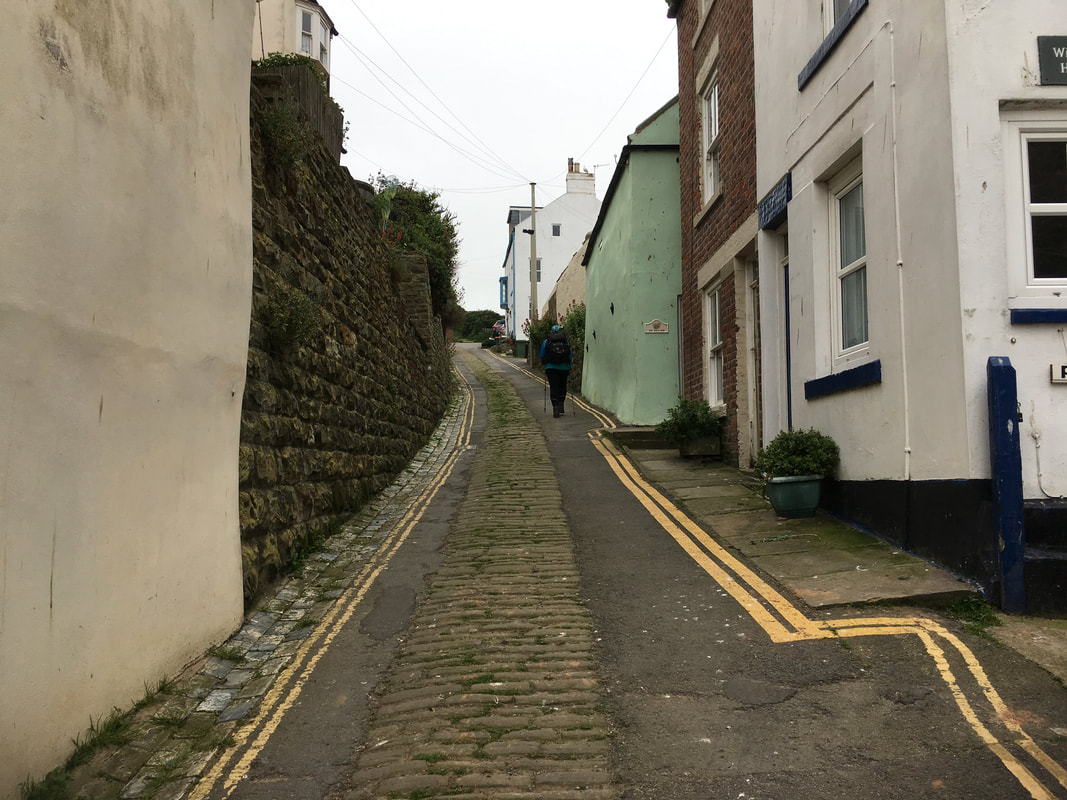 The steep ascent out of Staithes 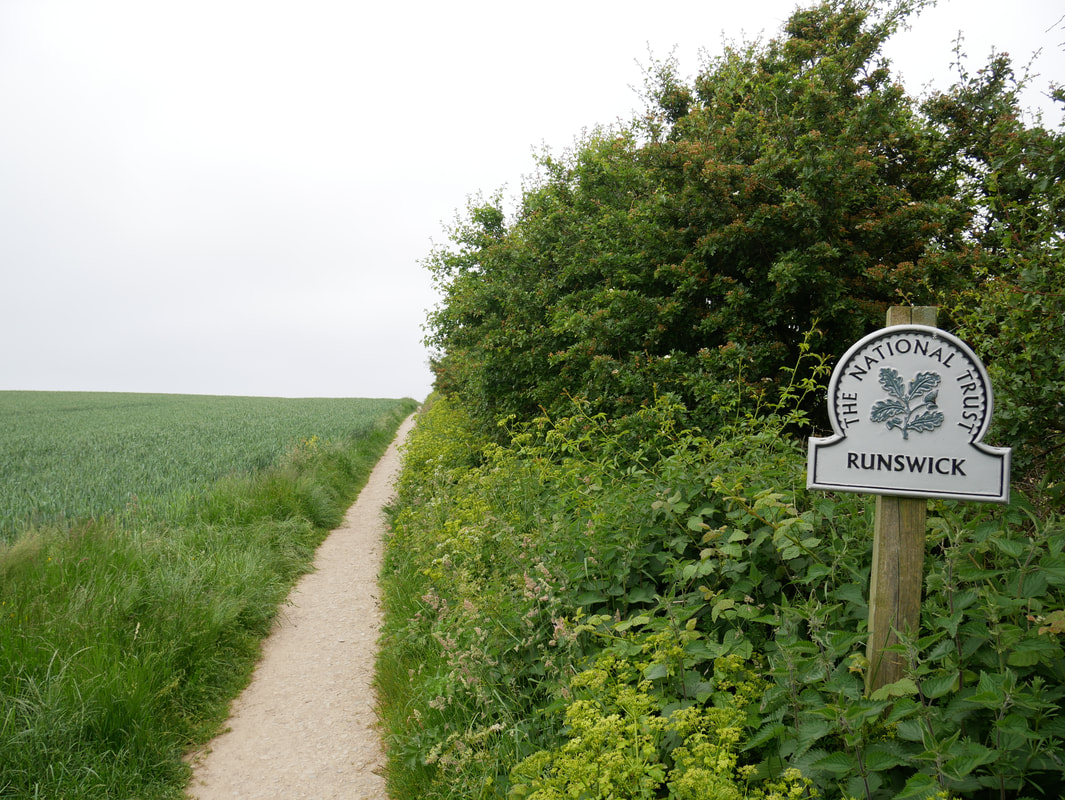 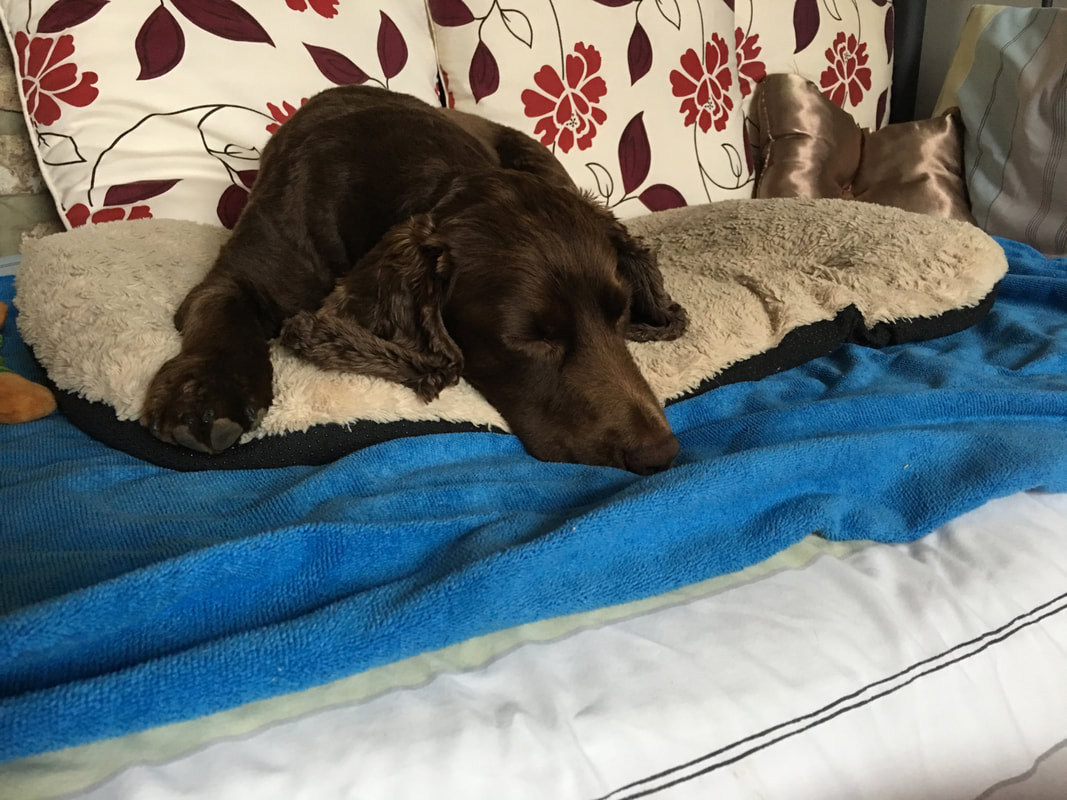 Another big day for the little fella
​Overnight Accommodation