Generally good paths with riverside walking.  Care should be taken in the vicinity of the High Force viewpoint and also the descent down to Cronkley Farm
​
Weather

Overcast and dry with light breezes

OL31 - North Pennines (Teesdale & Weardale)
​If the above GPX file fails to download or presents itself as an XML file once downloaded then please feel free to contact me and I will send you the GPX file via e-mail. 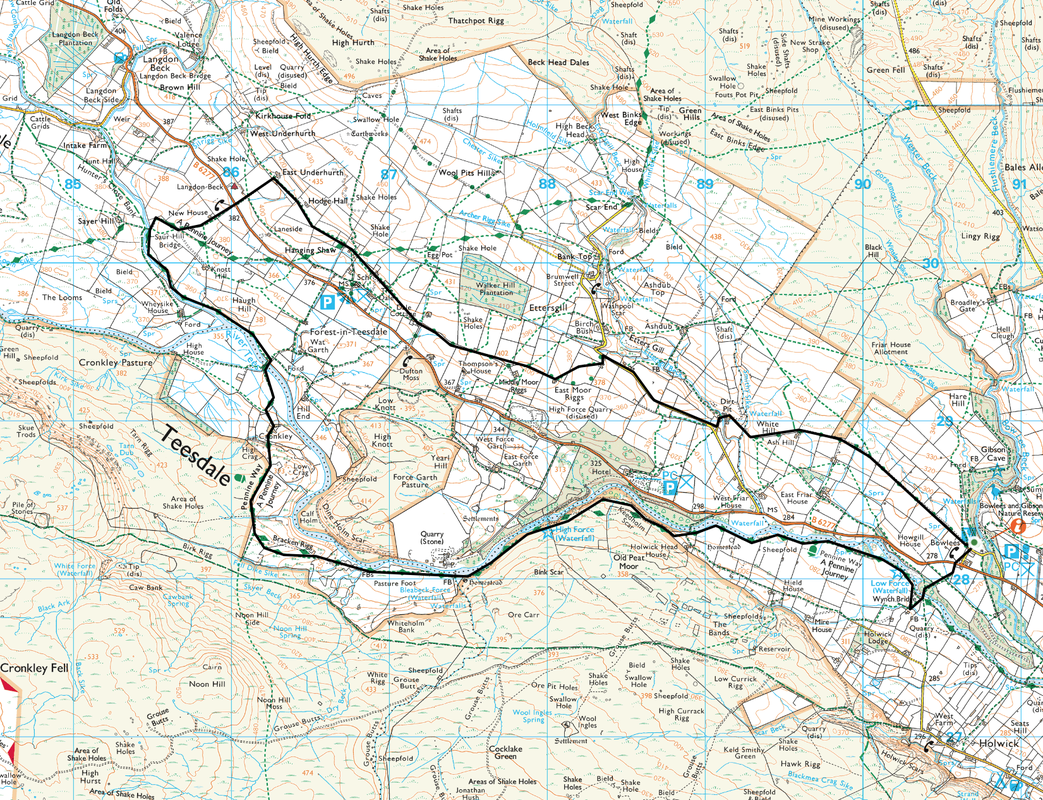 ​Our first full day in the Barnard Castle area. With the weather looking favourable and also a chance of avoiding the crowds we drove over to just past Middleton in Teesdale to Bowlees in order to walk more of The Pennine Way to Low & High Force.

The walk starts at the excellent Visitor's Centre at Bowlees - link. We ate lunch here before we started the walk - very tasty and reasonably priced. Leaving Bowlees, the route crosses the B6277 and heads to the Wynch Suspension Bridge over the Tees. Just before the bridge is Low Force - not as famous as its neighbour but very pretty all the same. Crossing the bridge, the route joins The Pennine Way coming in from the left and makes its way past two sculptured sheep standing on a dry stone wall. These were crafted by a local artist, Keith Alexander in 2002.

From the sheep the path meanders along the Tees for just over a mile to reach the highlight of the walk, High Force. Despite popular belief, High Force is not the highest waterfall in England but is very impressive all the same. The waterfall consists of 3 types of rock - dolerite, limestone and sandstone and the water falls approximately 70 feet into the gorge below. From the path, the viewing platform is very close but care needs to be taken here as the ground does fall away quite quickly from the platform. We met some Pennine Way walkers here who were staying in Forest-in-Teesdale that night.

From High Force the route passes Force Garth quarry and makes its way past Bleabeck Force to Cronkley Farm where the steep descent to the farm leads to a footbridge. There is now a delightful path along the Tees to Saur Hill Bridge and it was here we had to advise the Pennine Way walkers where their digs were for the night as they were struggling to find the places on the map. The route then crosses the B6277 again and makes its way over fields and lanes back to the start at Bowlees. A delightful walk and High Force is a wonderful sight to see - particularly with no other people about. 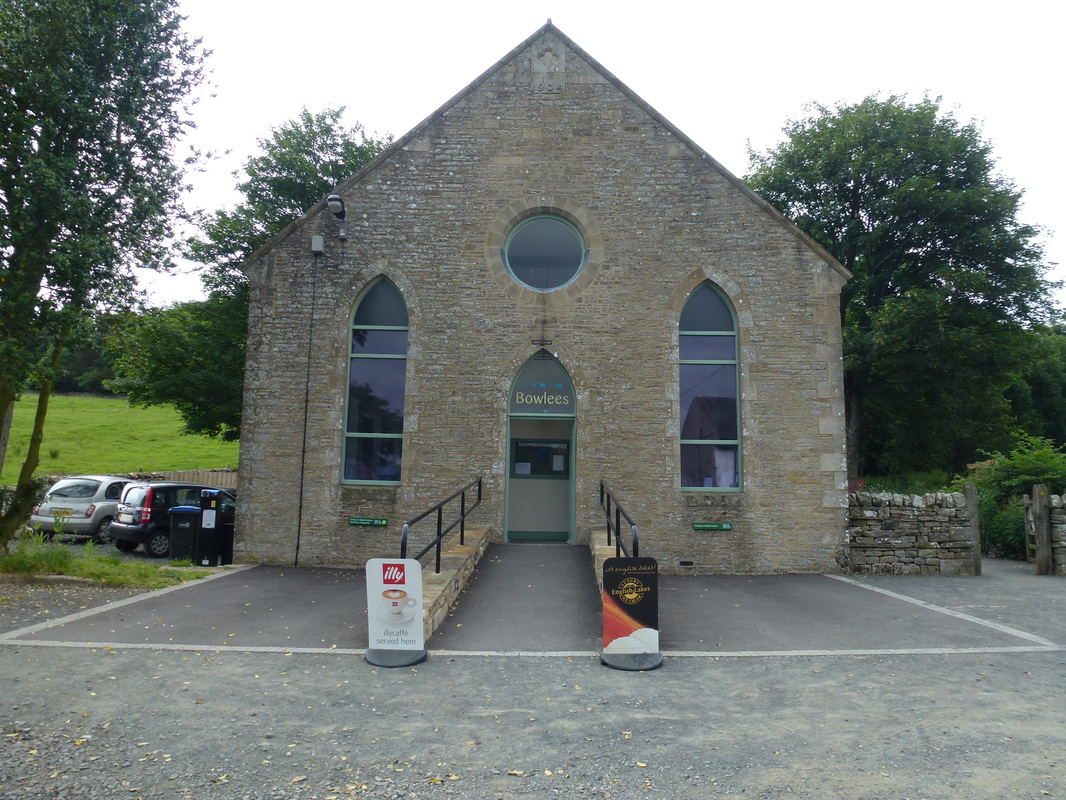 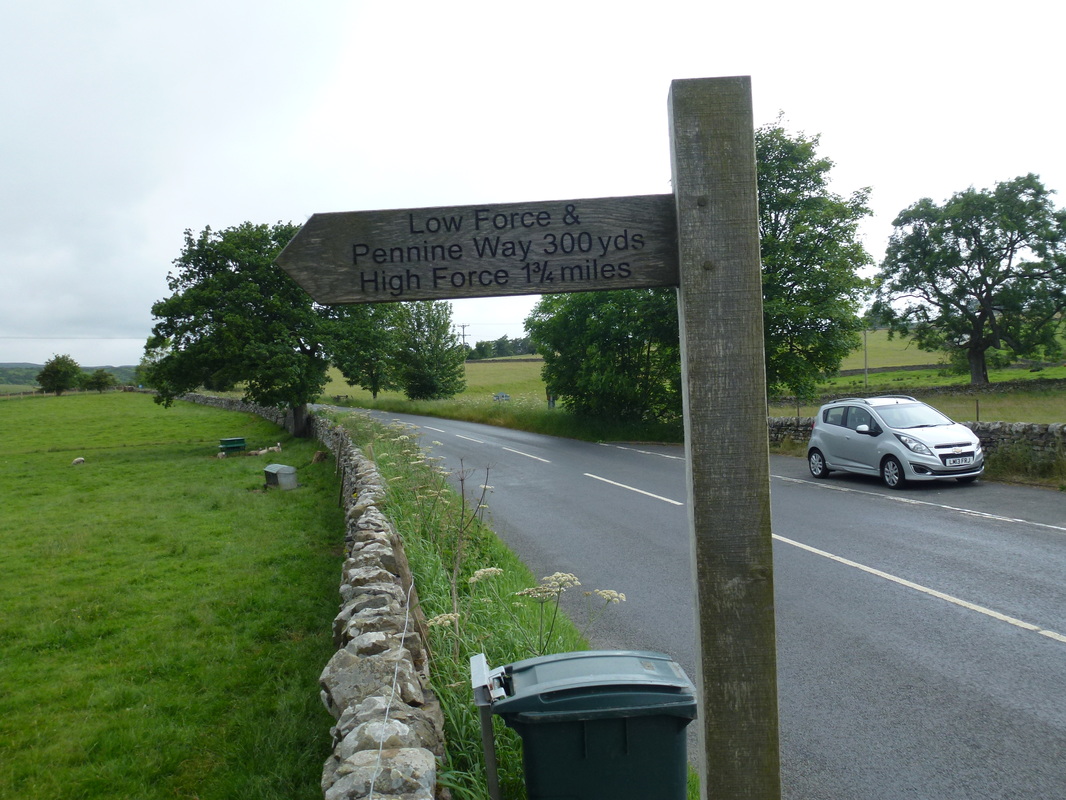 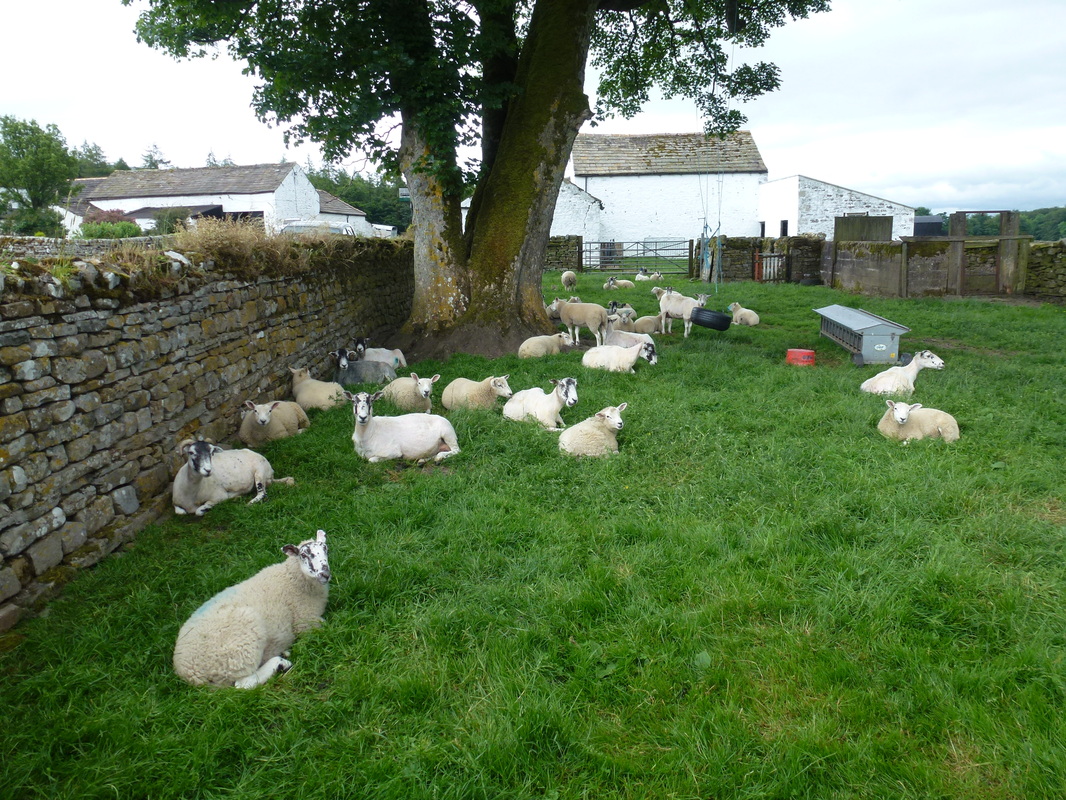 Off to High Force are yer? Straight on and turn right over the bridge peeps 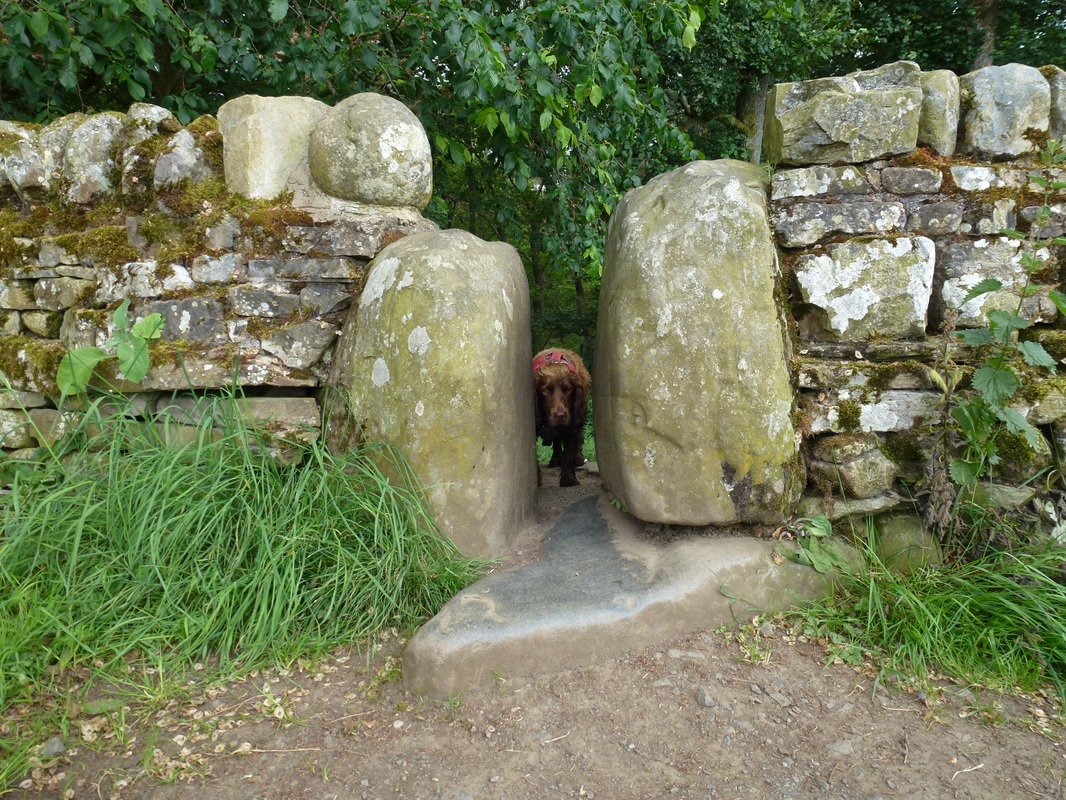 That's easy for you to get through Fudge 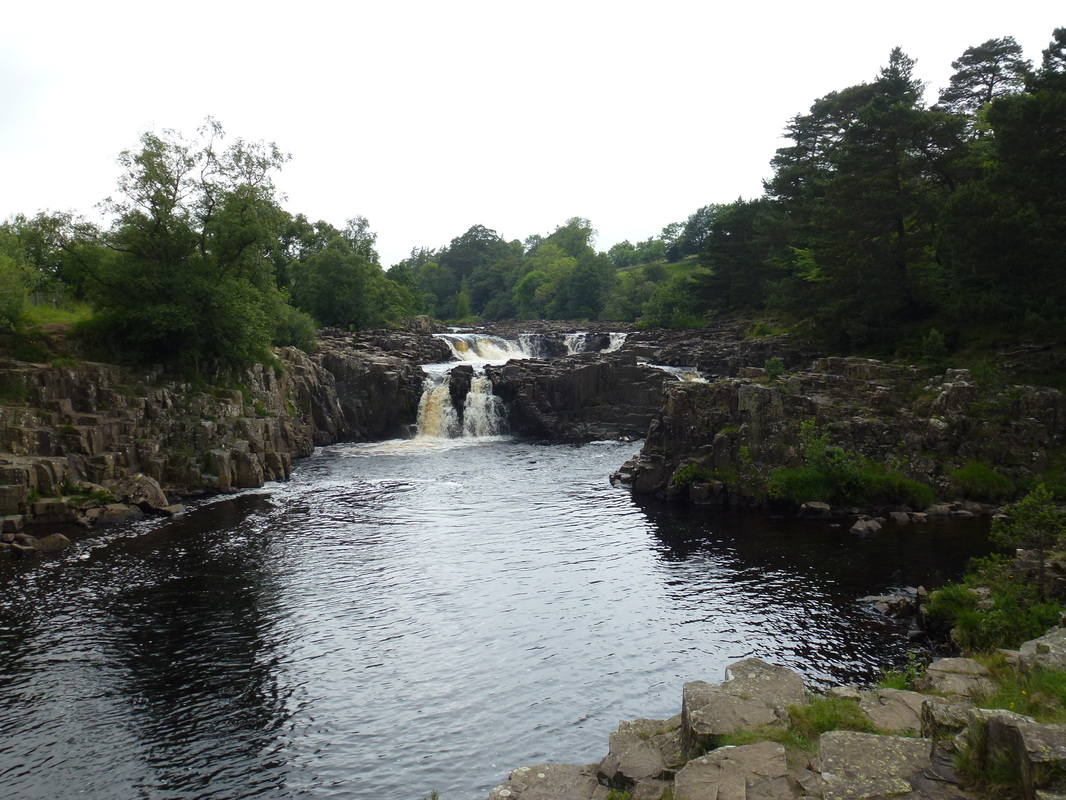 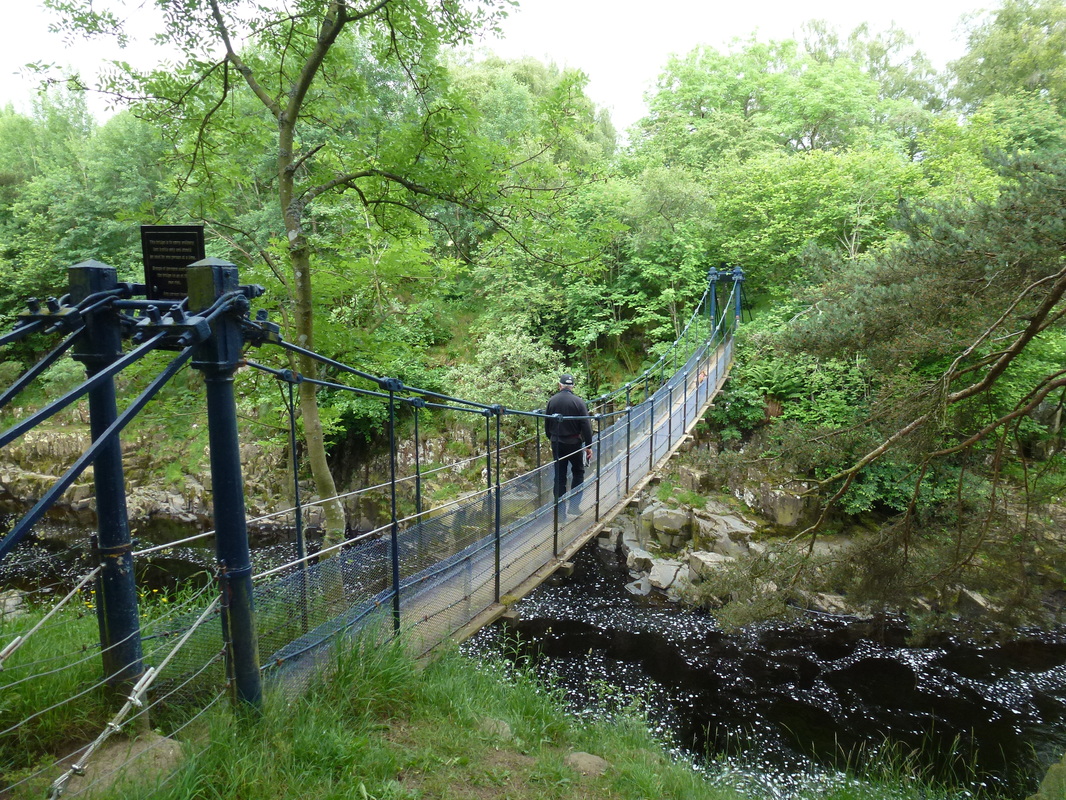 The Wynch Bridge over the Tees 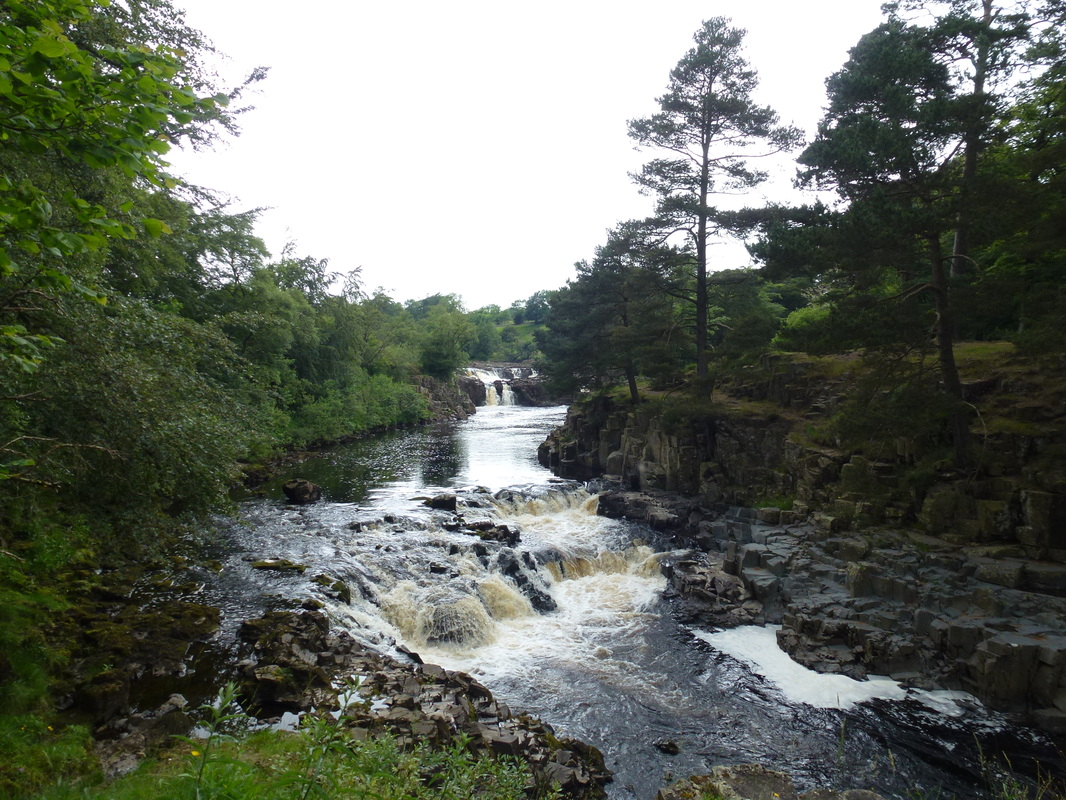 Low Force from the Wynch Bridge 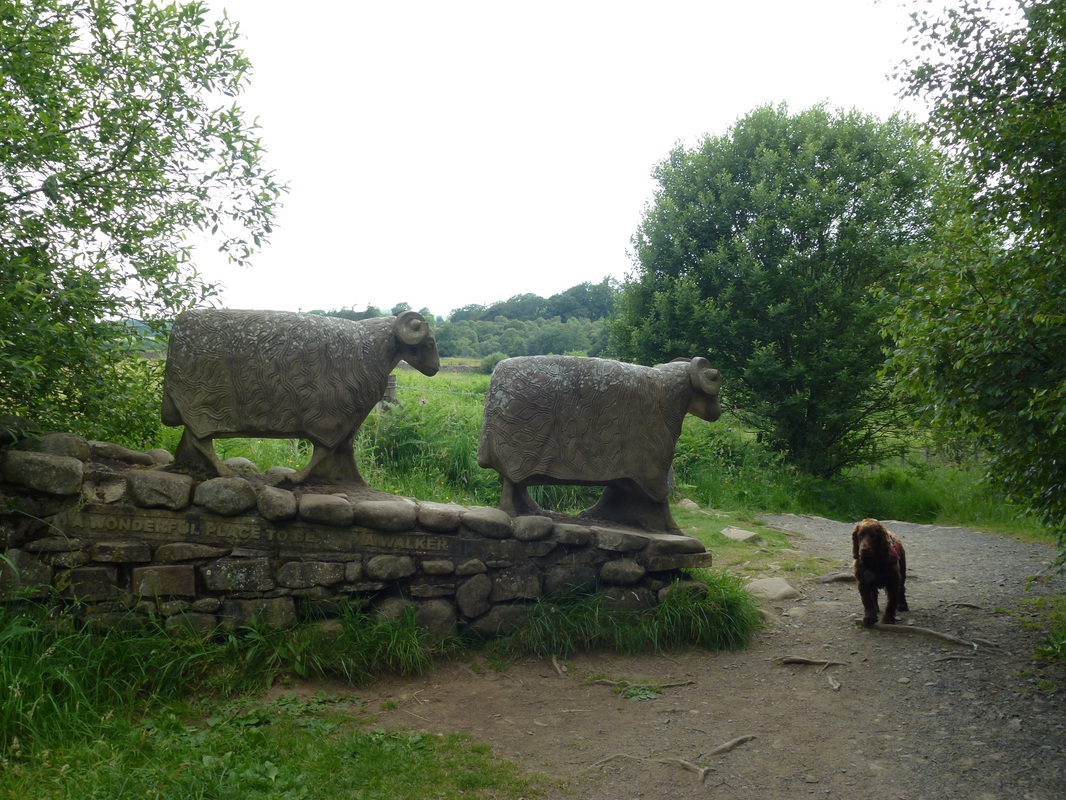 Don't think Fudge knew what to make of the sculptured sheep 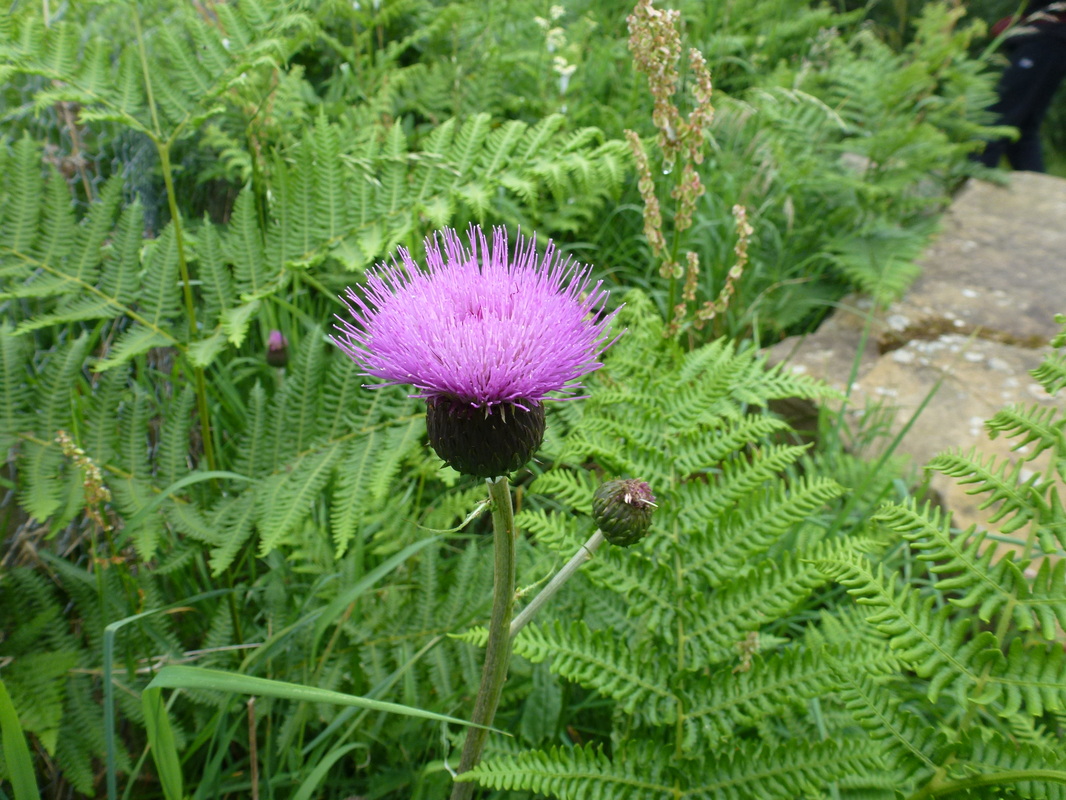 We think this is a Spear Thistle - either way, it's a Thistle 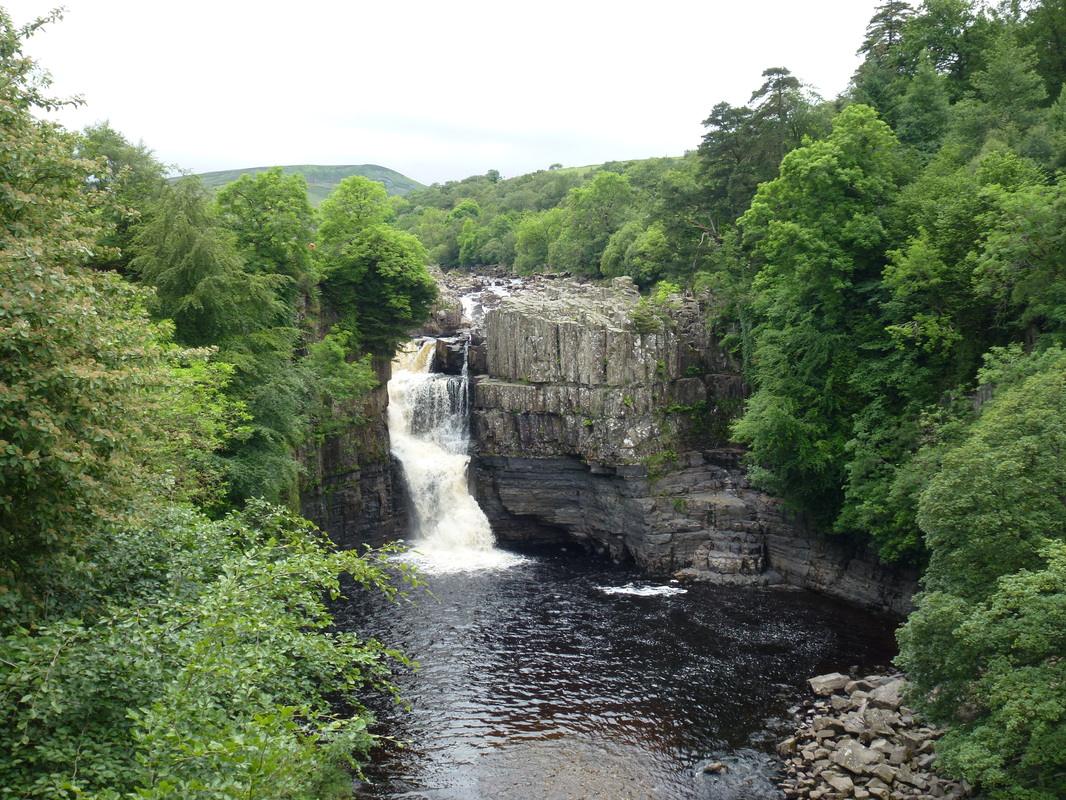 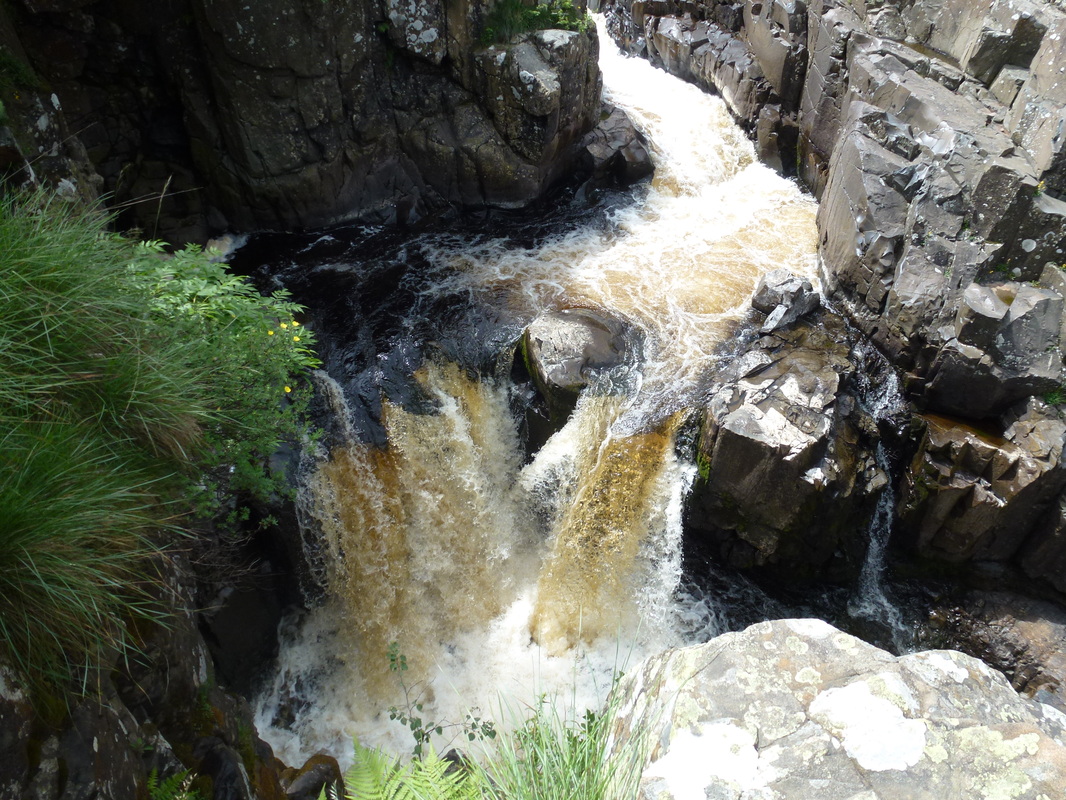 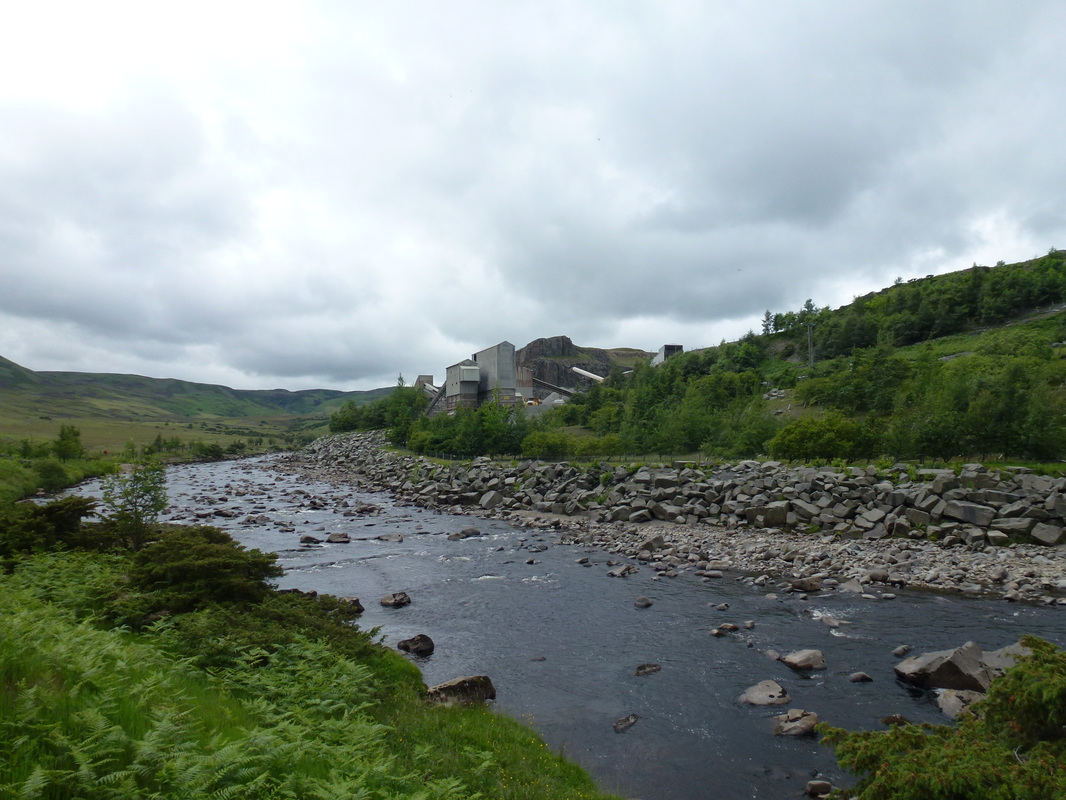 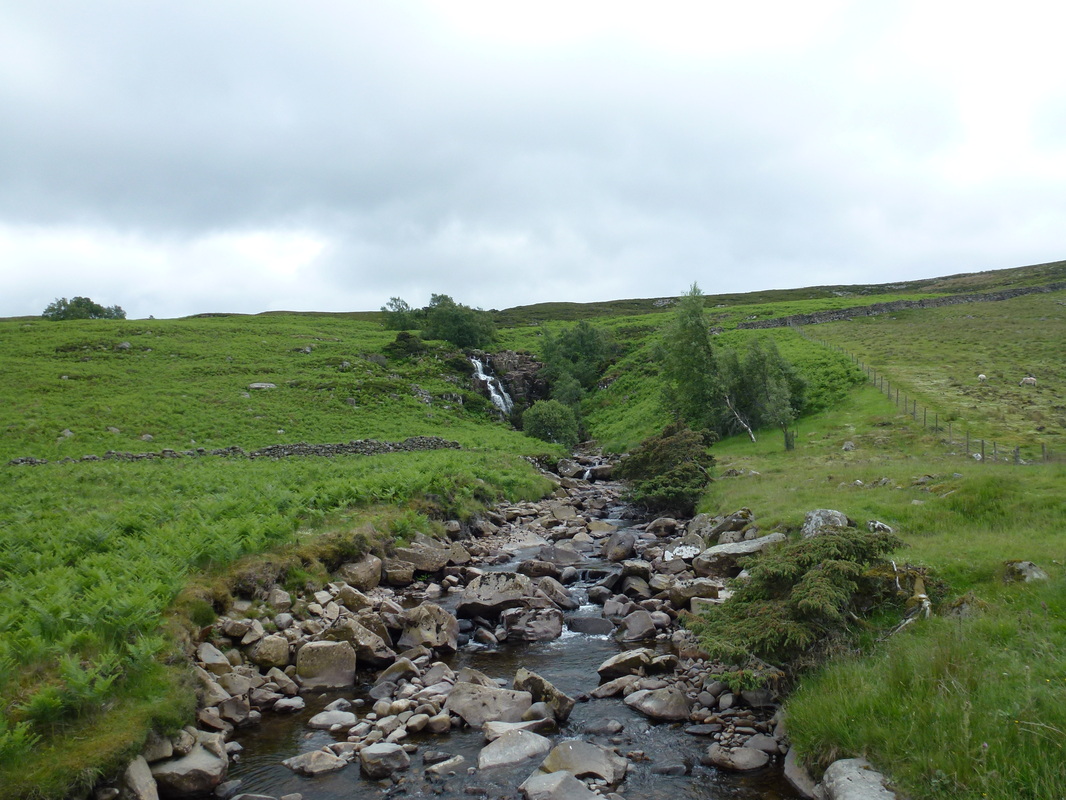 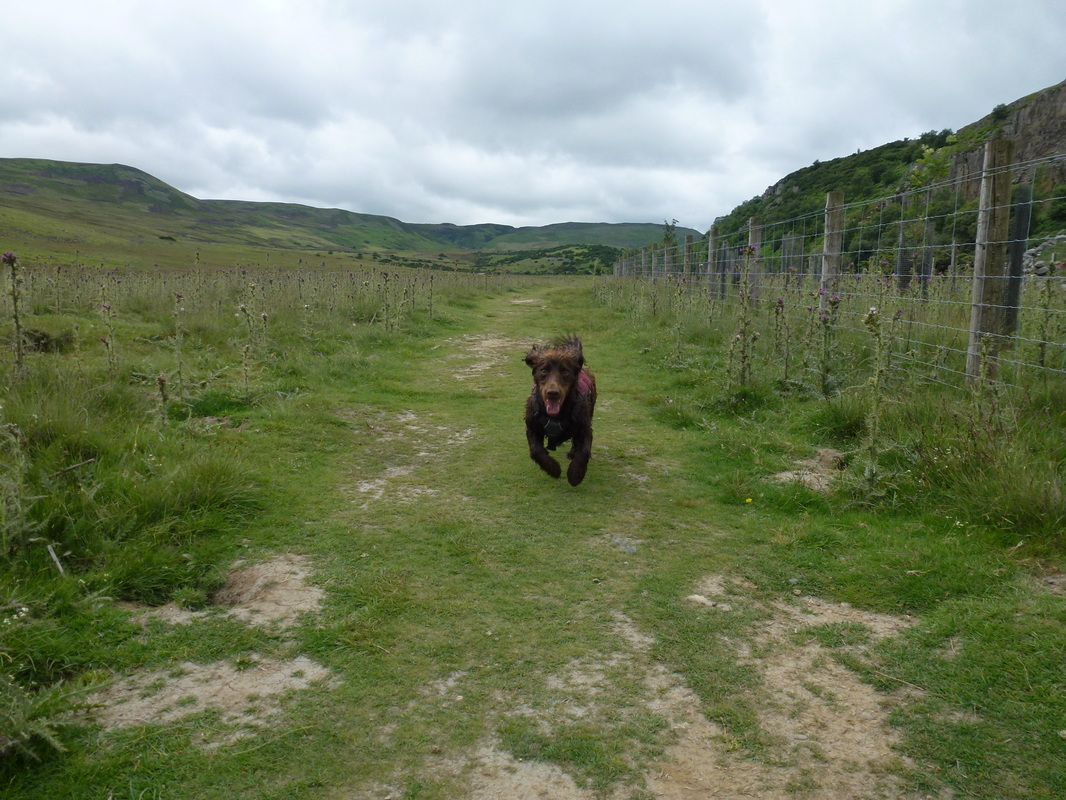 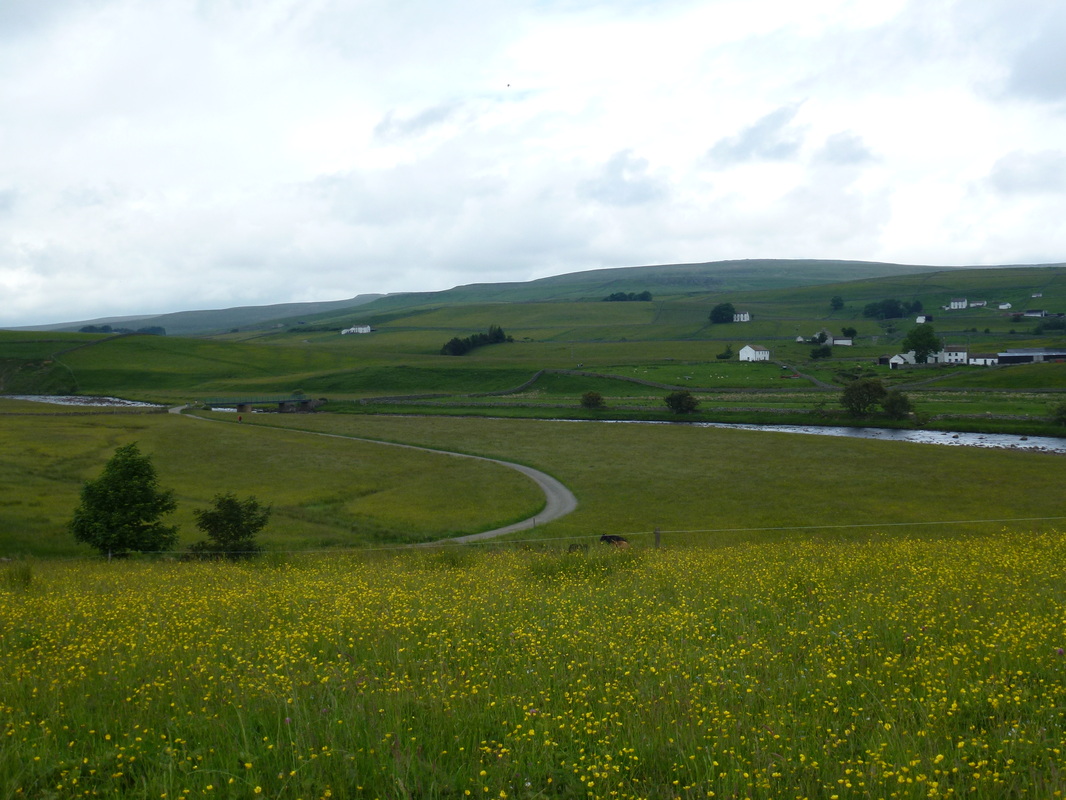 The path from Cronkley Farm to the bridge over the Tees.  Both our route and that of The Pennine Way went left at the bridge.
The return route passes behind the farm buildings on the hillside above. 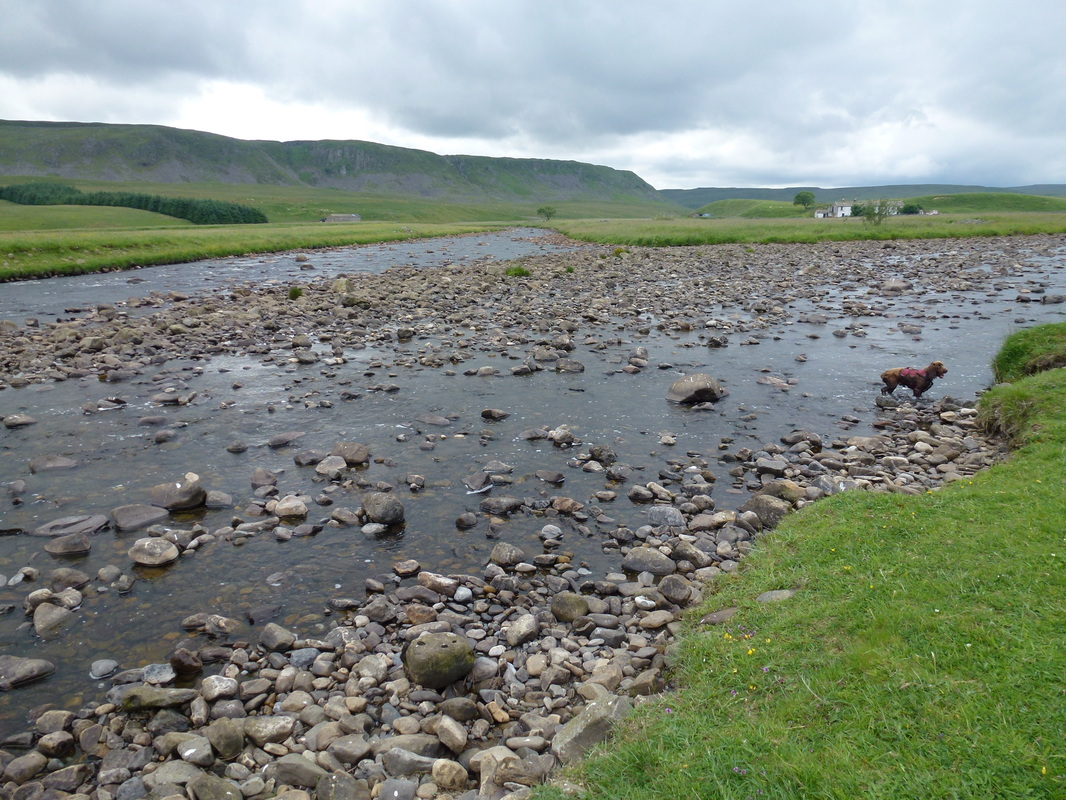 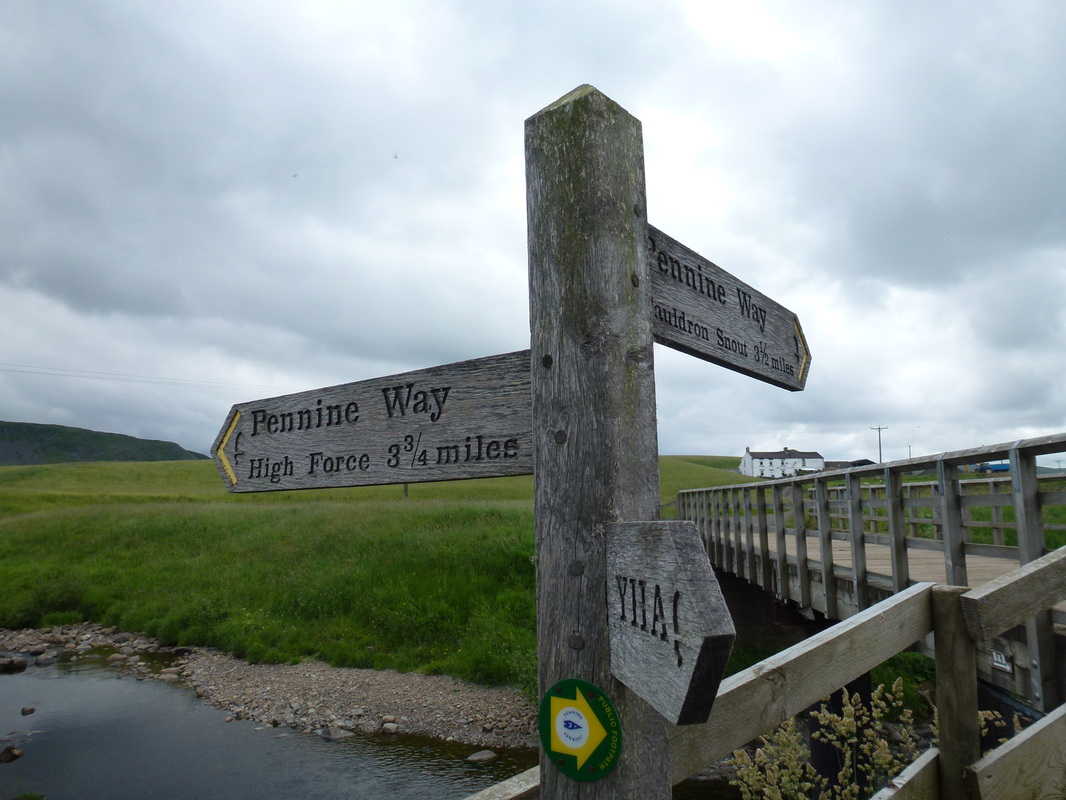