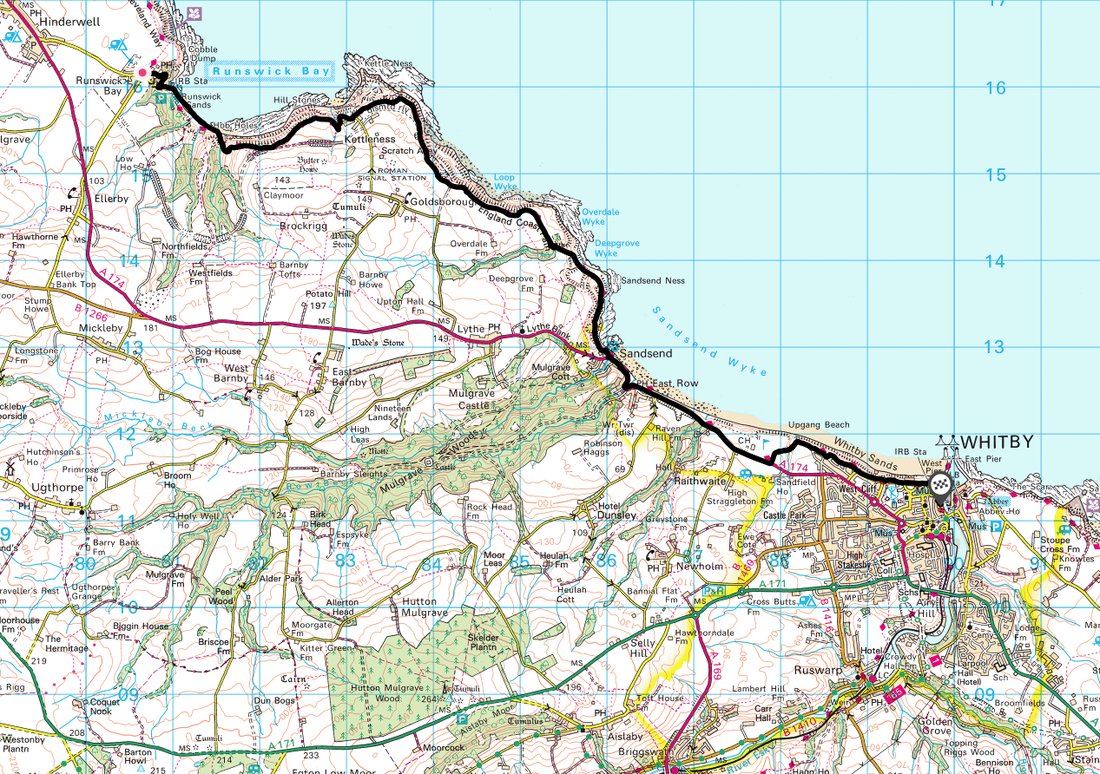 ​A nice short day today with light packs although the weather did not bode well for the early part of todays walk - an overcast & windy day was forecast but was supposed to cheer up later once we neared Whitby. Heading out of Runswick Bay the route made its way along the beach of Runswick Sands passing the Hob Hole Caves to then climb a steep path at a natural inlet. There then began an enjoyable cliff top walk with superb views via Kettleness (where the weather improved) & Sandsend Wyke to reach Sandsend - we arrived here around lunch time therefore stopped at the local shop which also served as an extremely good cafe.

Leaving Sandsend there was an unattractive & noisy section of road walking to reach the Golf Course on the outskirts of Whitby but thankfully the route turned towards the sea to transit above Whitby Sands. By this time we were enjoying sunshine and light breezes which gave us lovely views along the coastline and the famous Abbey of Dracula fame. Arriving in the town, Whitby was absolutely mobbed and a bit of an assault on the senses to be honest. After a drink on the harbour front we topped up on supplies before catching the bus back to Runswick Bay - quiet night in the room with a carpet picnic followed by a gear sort out & early night. 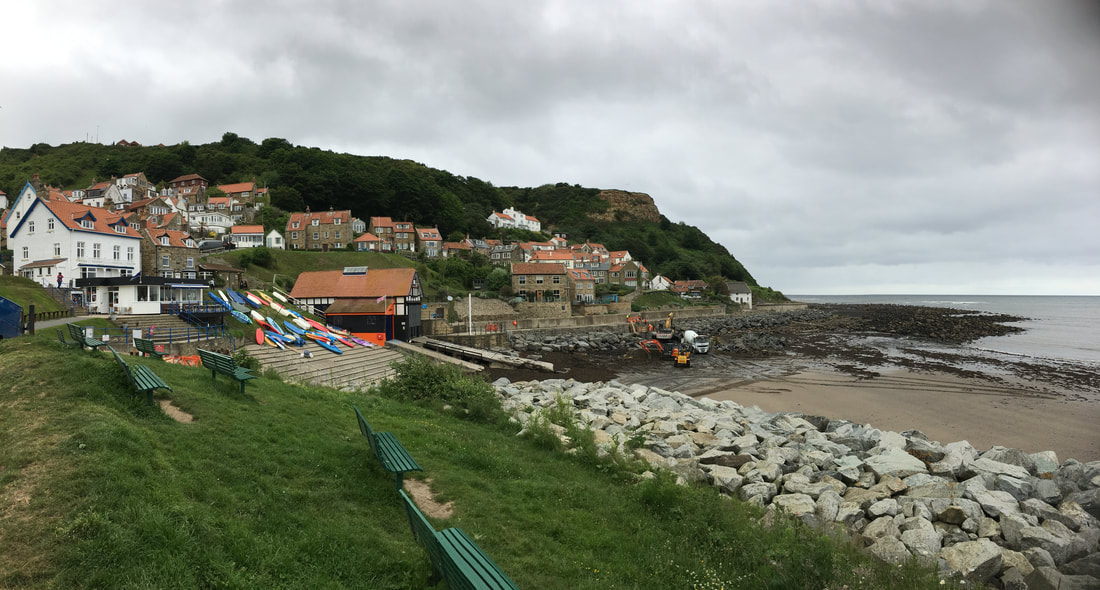 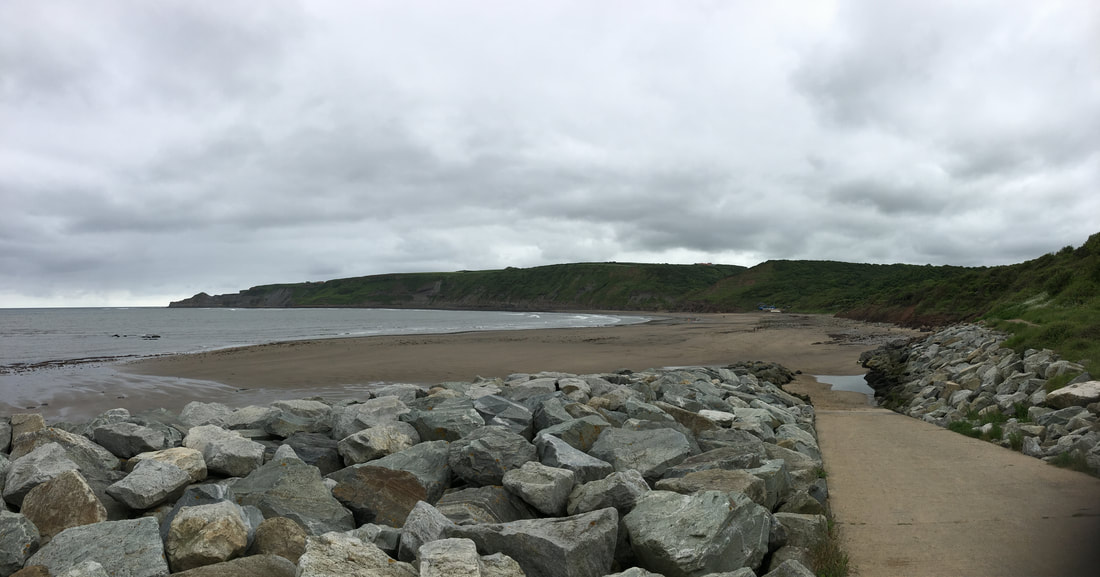 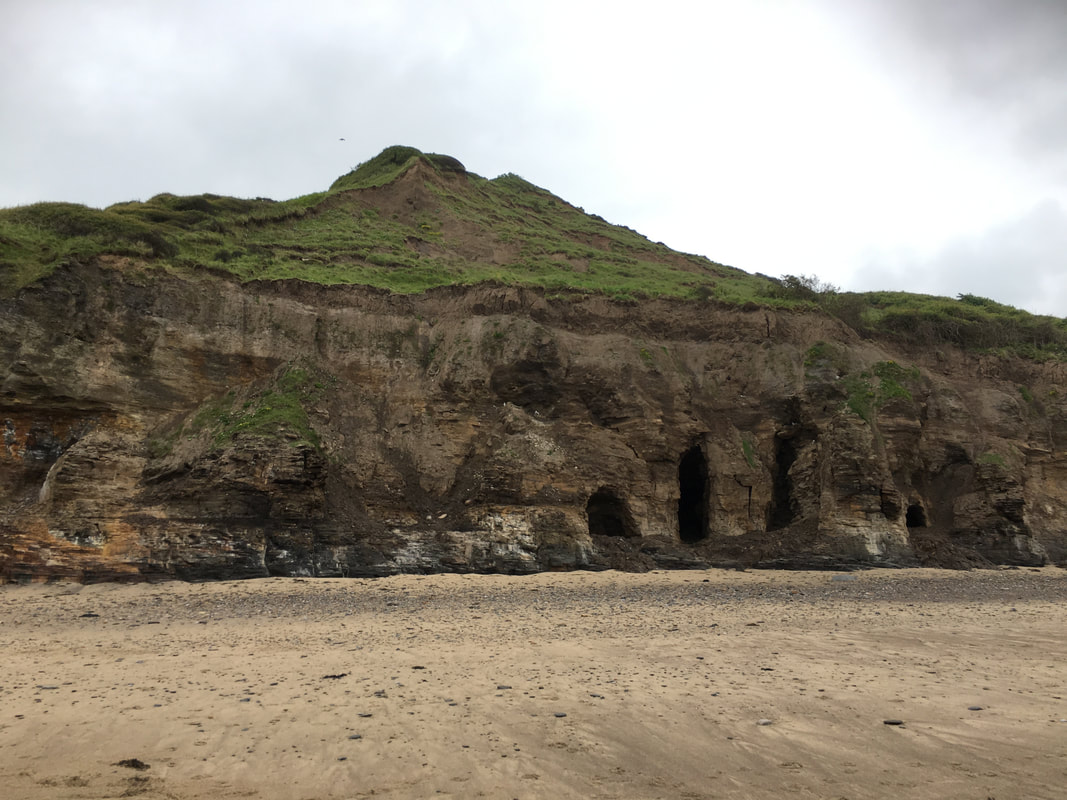 The 4 Hob Hole Caves at Runswick Bay.
​The caves are extremely unstable and should not be visited.  Indeed one of the caves has already collapsed and there are large cracks above the others.  Hobgoblins were reputed to live in the caves.  This included one who was supposed to cure whooping cough and sore throats.  ​Apparently, folklore has it that local mothers took their ailing children there and called out a rhyme, asking for a cure. 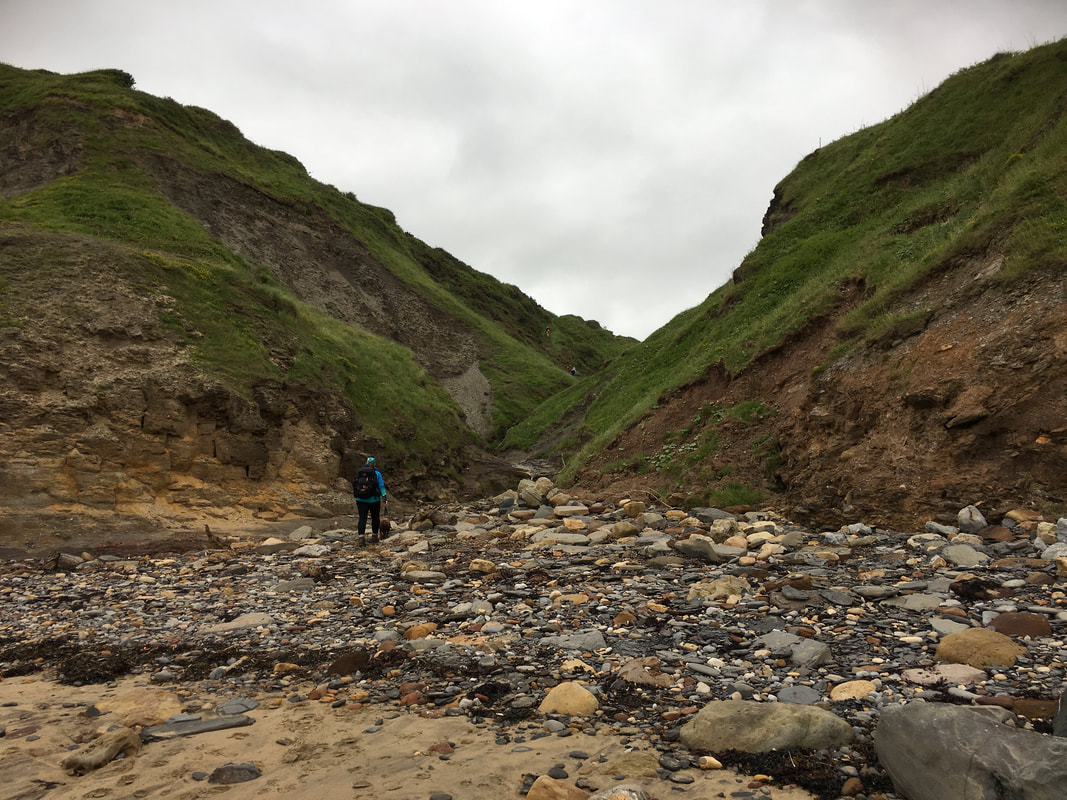 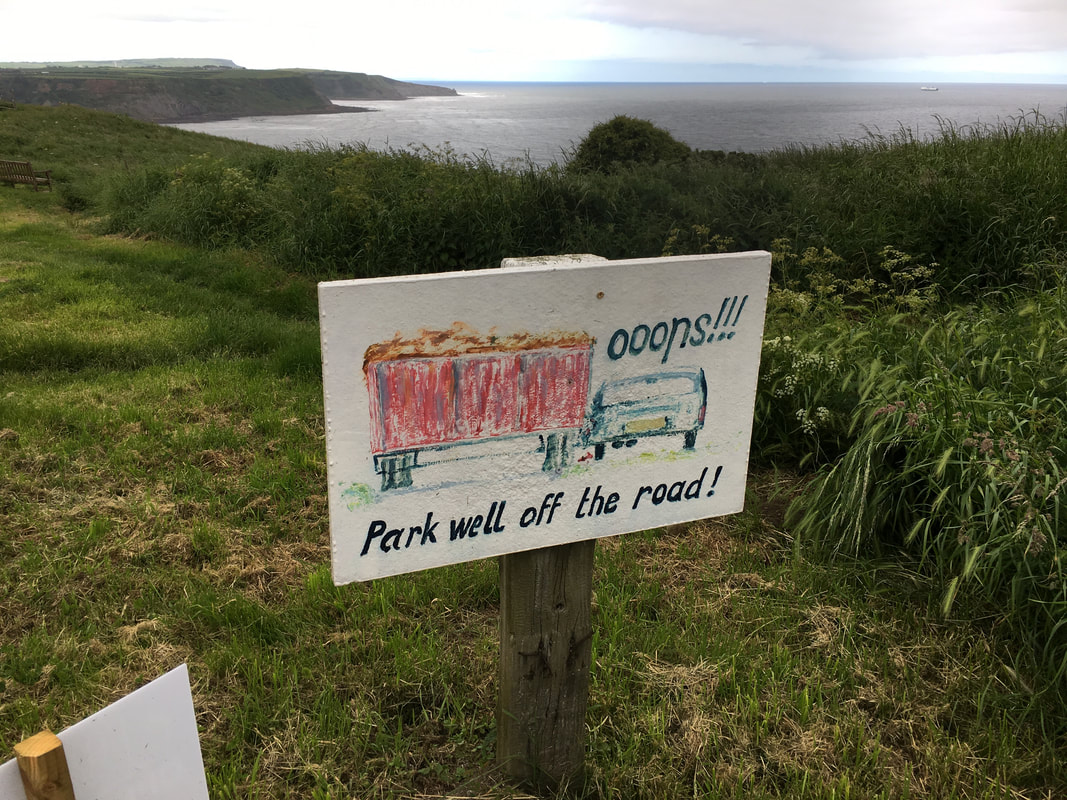 I sense an angry Farmer 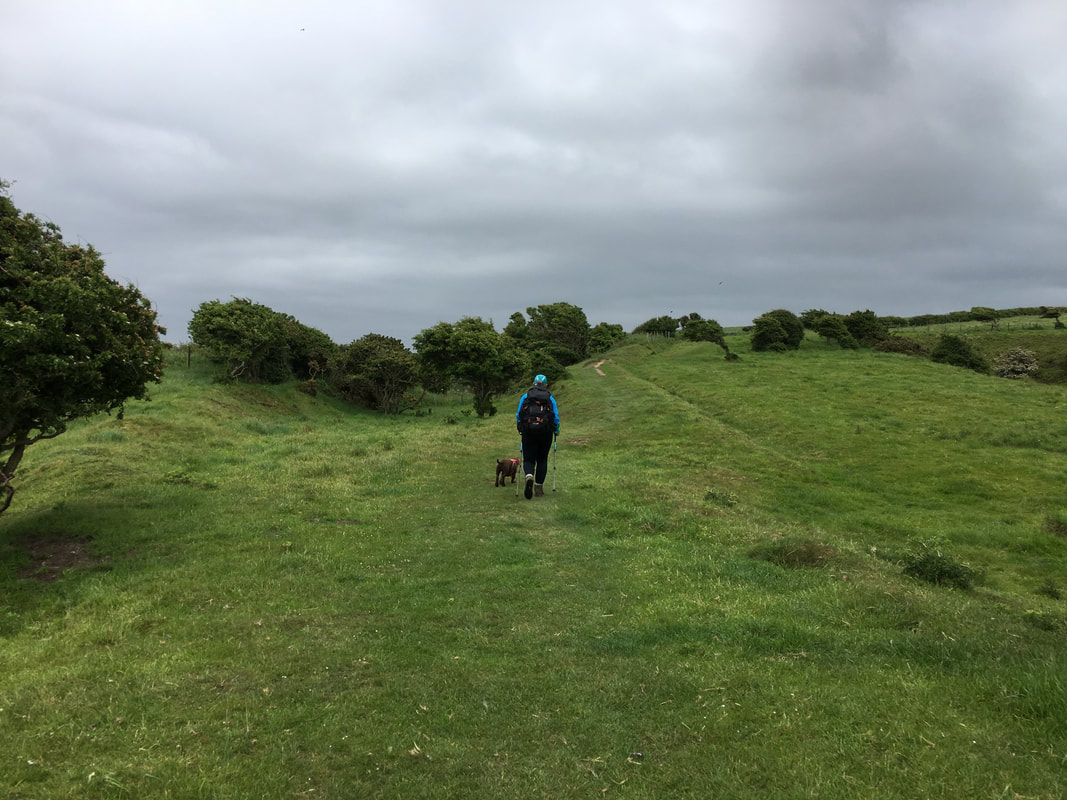 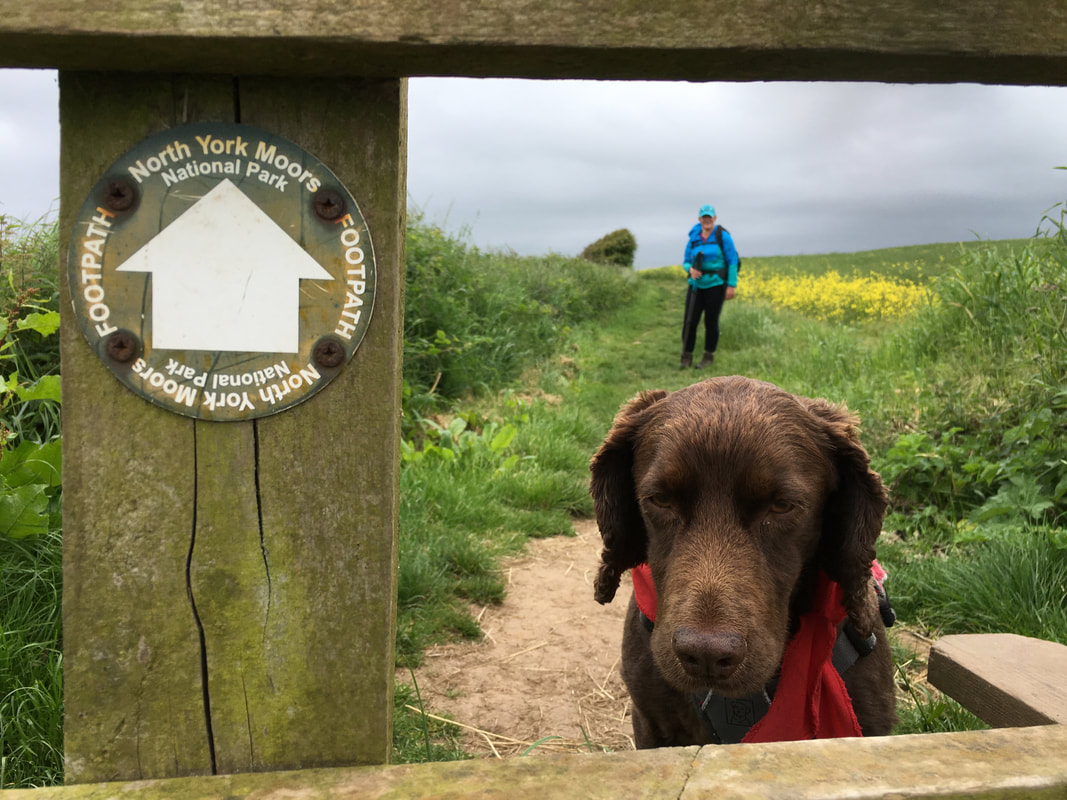 Fudge giving it the "not another photo" look 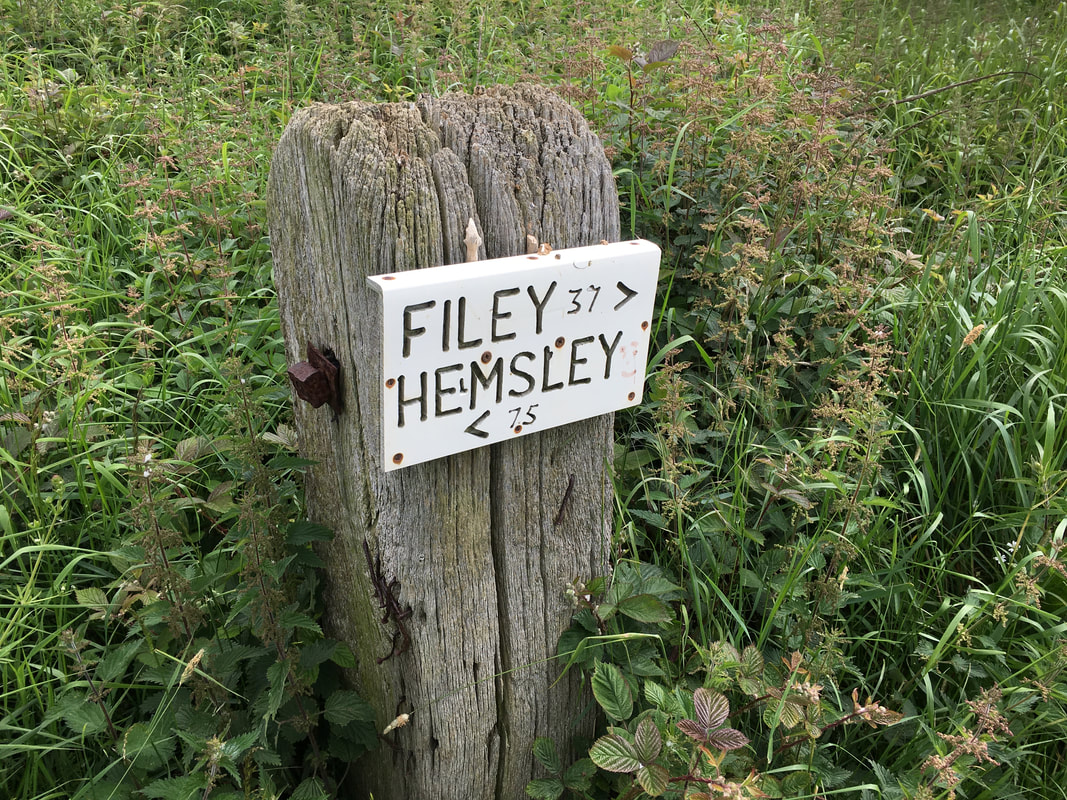 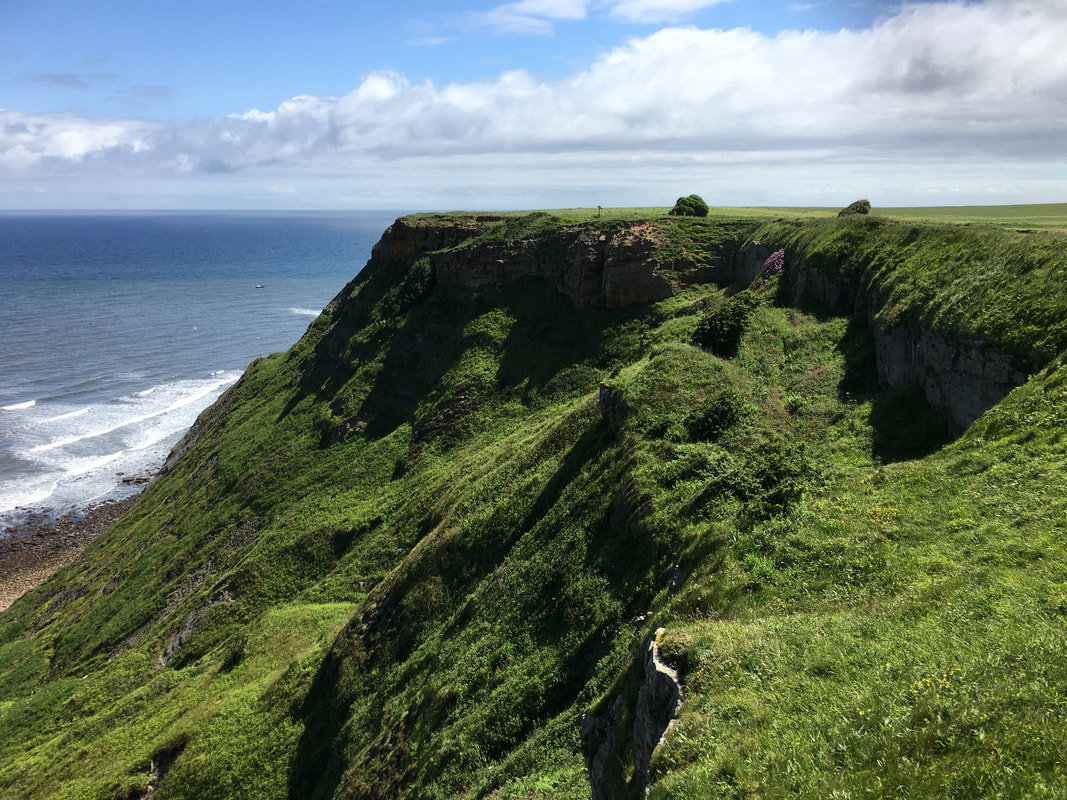 The cliffs at Kettleness 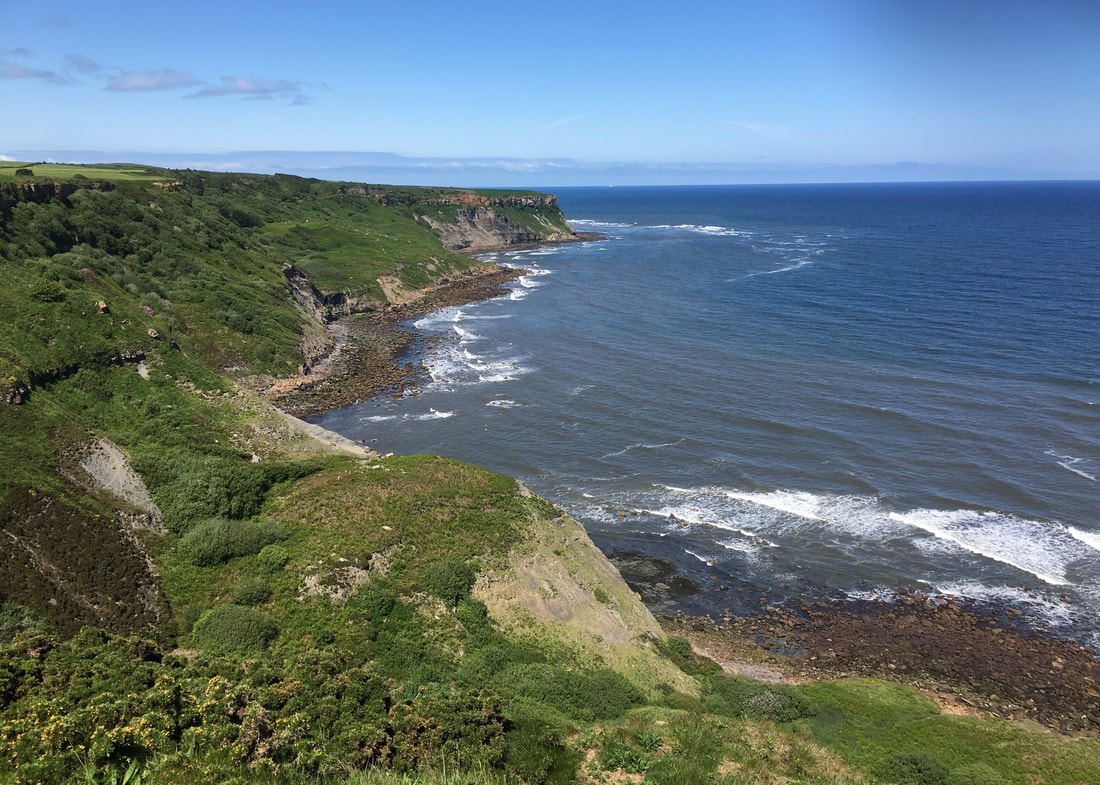 Looking back on our route from Kettleness Cliffs 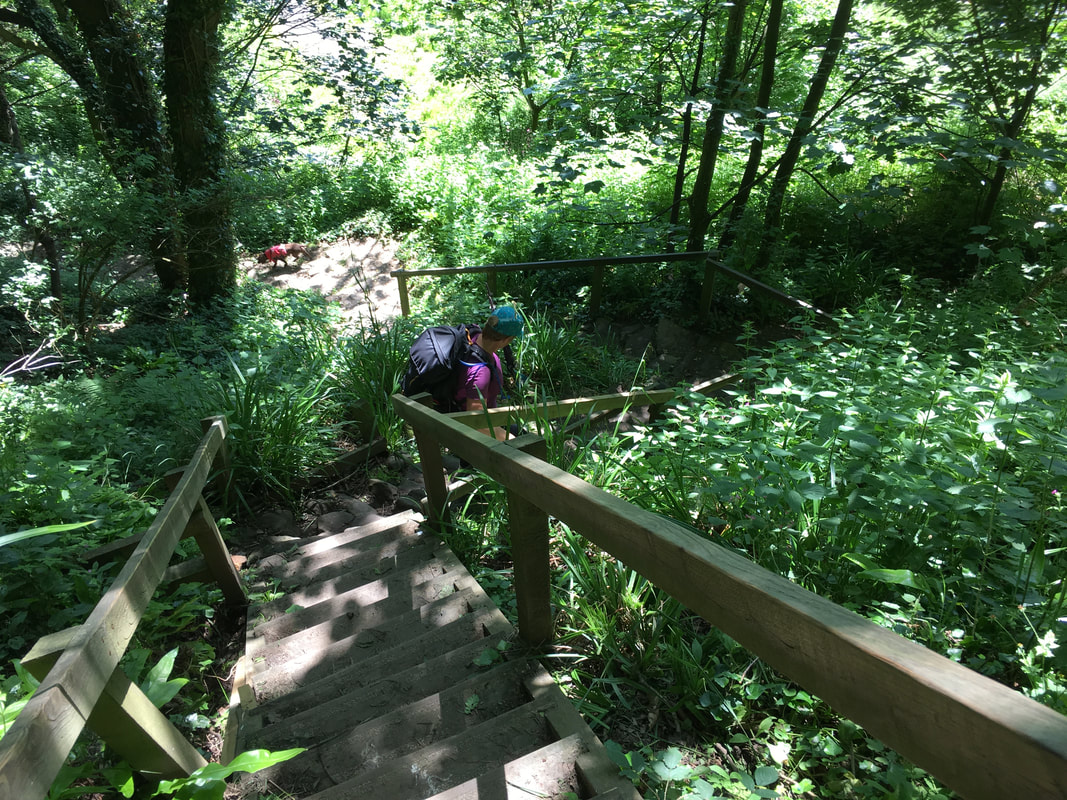 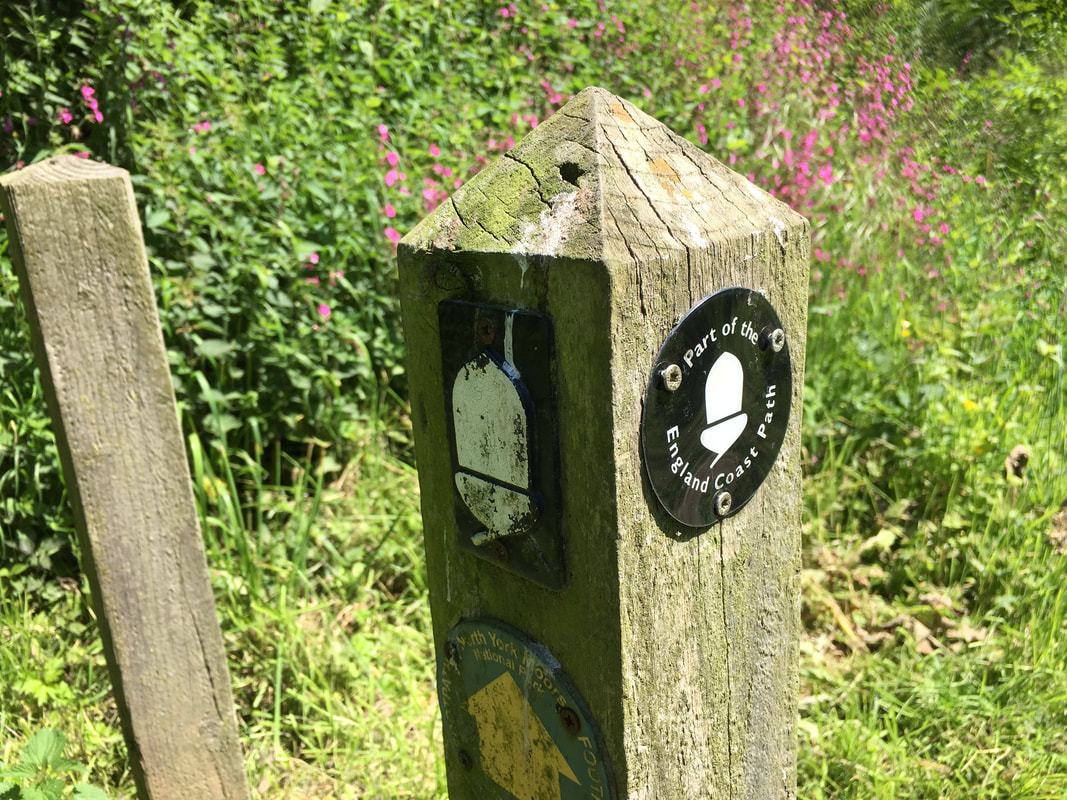 Two National Trails for the price of one 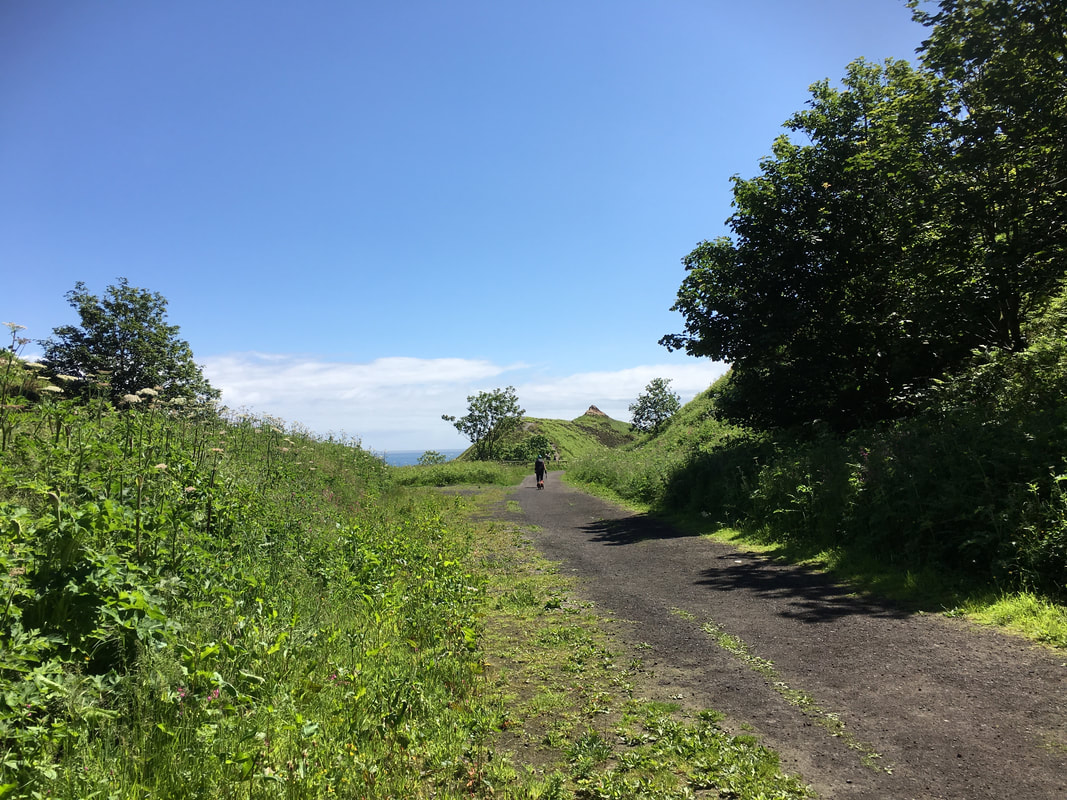 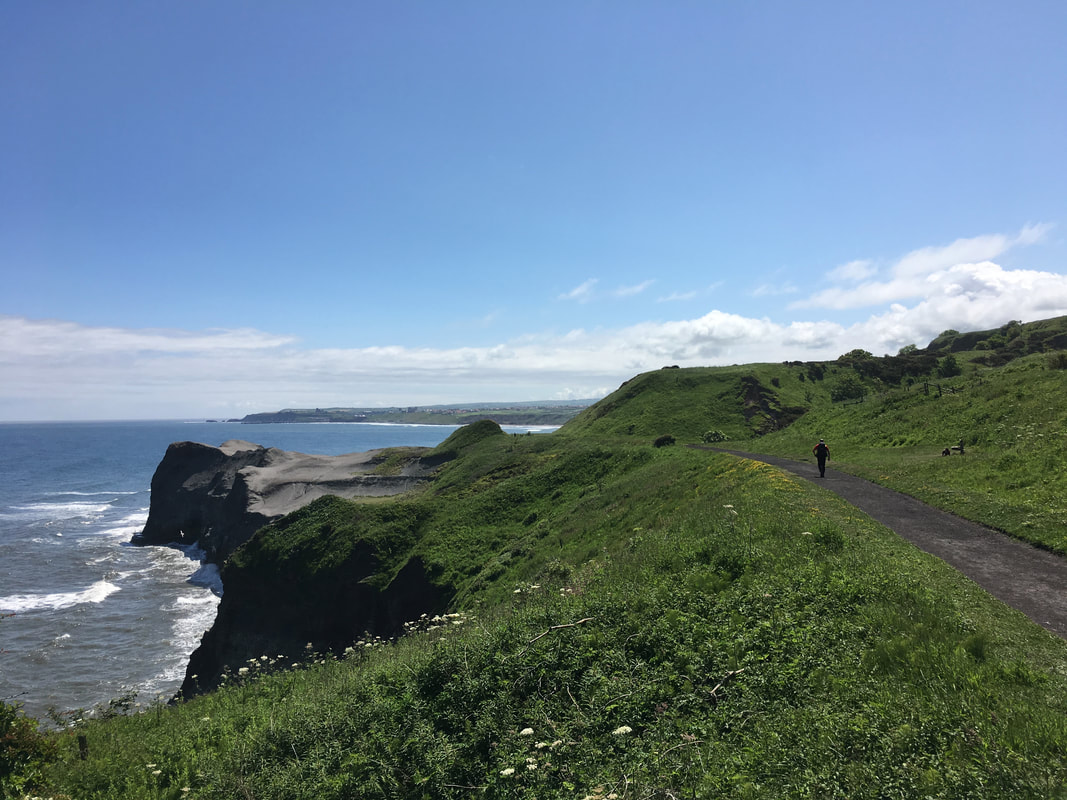 The remains of Alum quarrying at Sandsend Ness 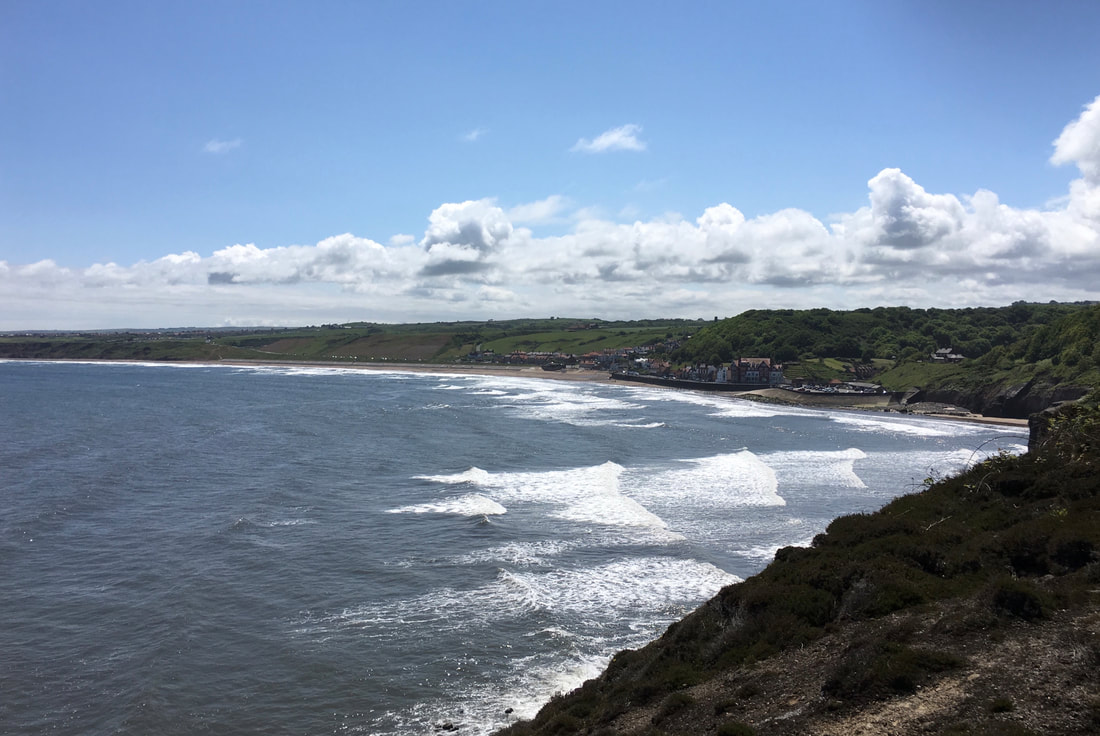 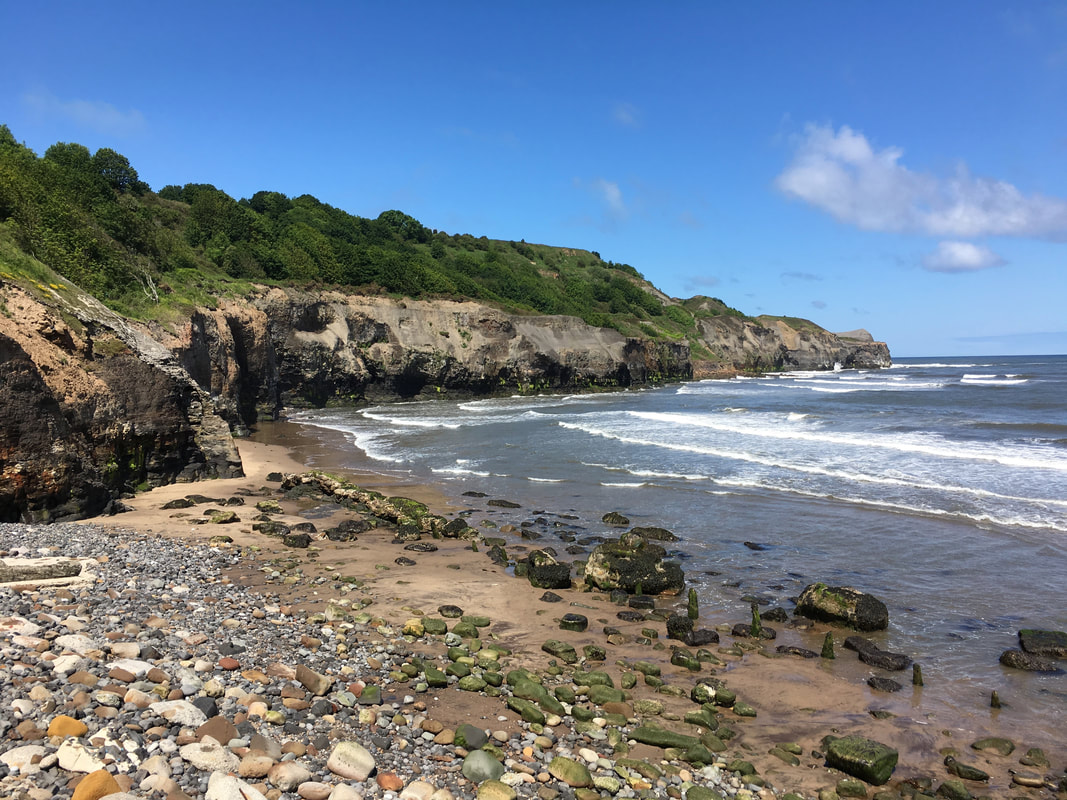 Looking back to Sandsend Ness from the beach front at Sandsend 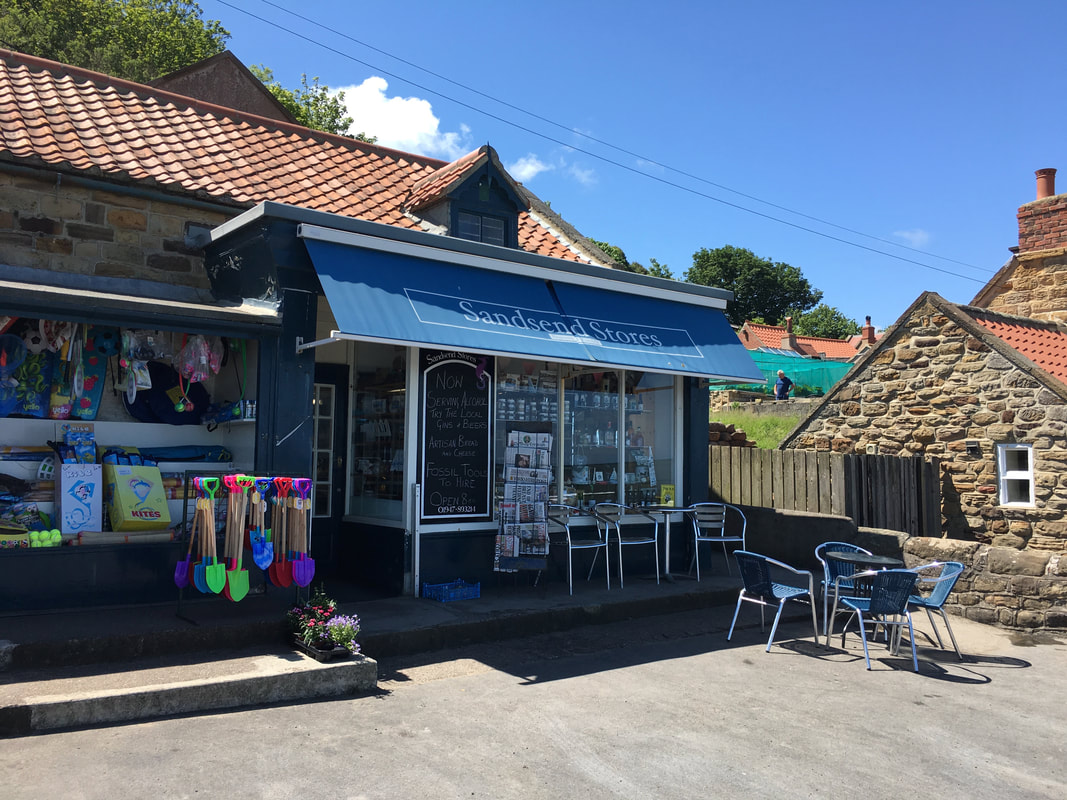 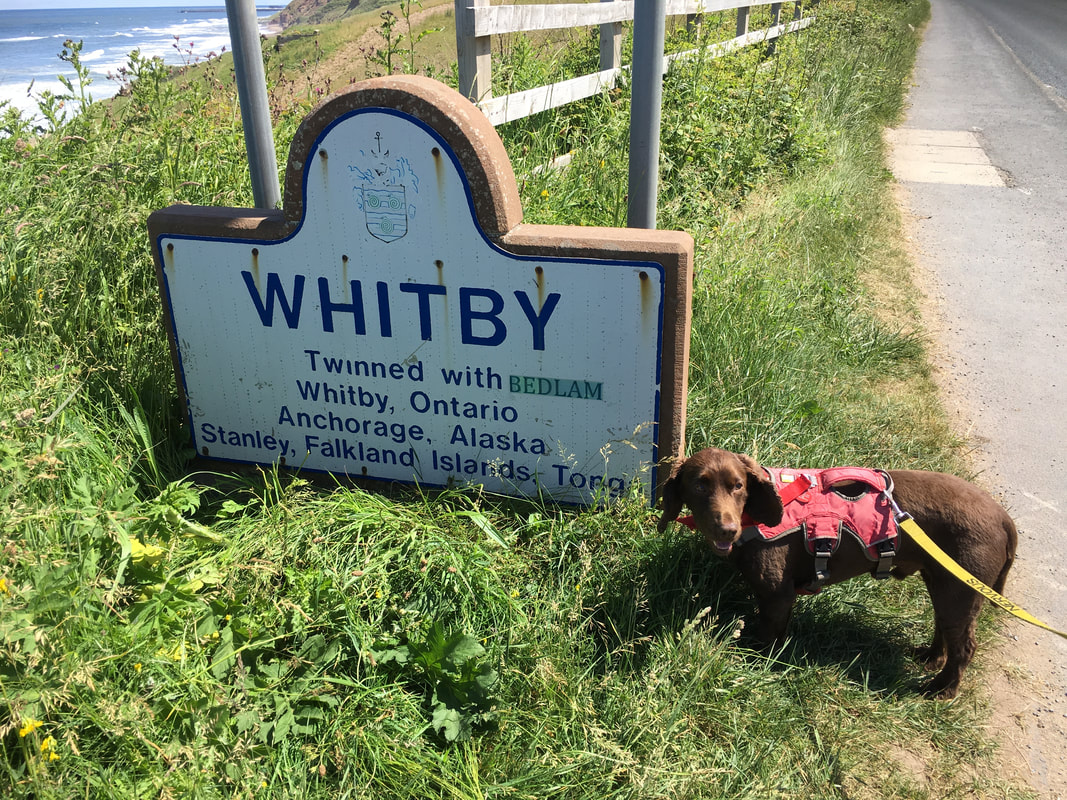 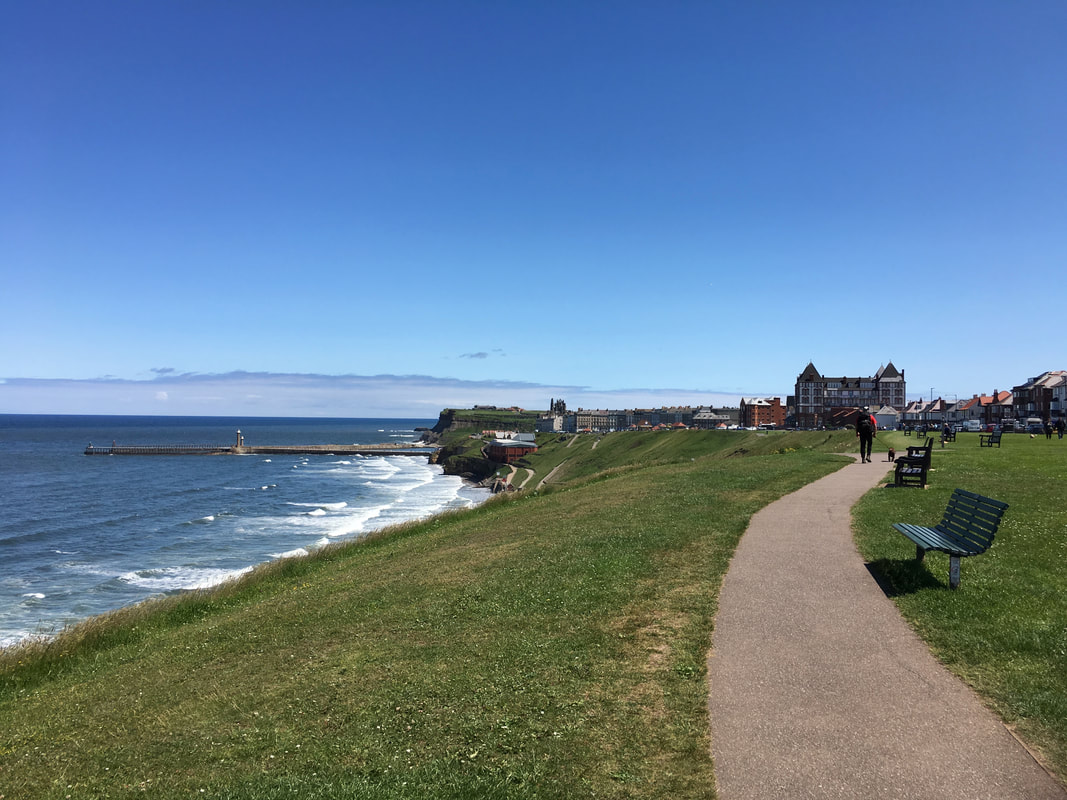 Our arrival in Whitby - the weather was just lovely this afternoon 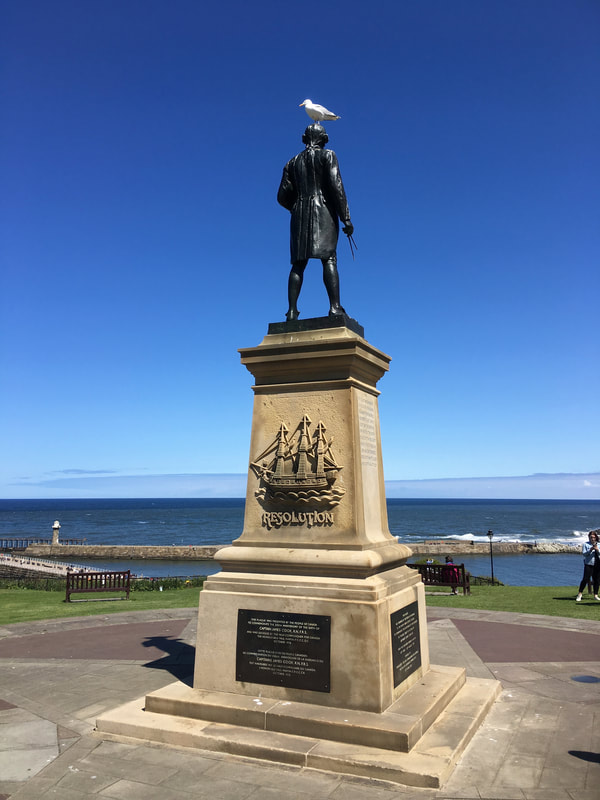 The bronze statue to Captain James Cook above Whitby Harbour.  His ship Resolution was used for his second & third voyages of exploration in the Pacific and was described by Cook as 'the ship of my choice".  He was killed in Hawaii during the third voyage in 1779.

The inscription on the front of the statue reads:  For the lasting Memory of a great Yorkshire seaman this bronze has been cast, and is left in the keeping of Whitby; the birthplace of those good ships that bore him on his enterprises, brought him to glory, and left him at rest.” 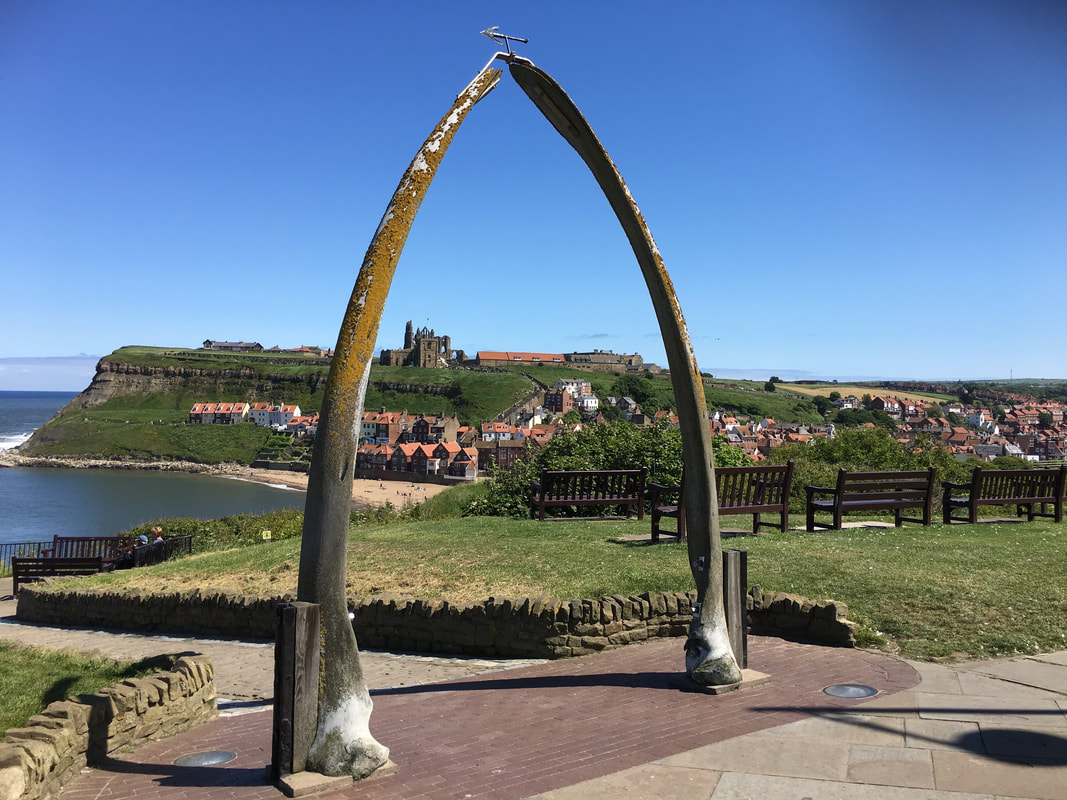 The Whalebone arch framing Whitby Abbey.
​
The arch sits on top of the West Cliff at Whitby.  This is the third reincarnation of the arch after the first was erected in 1853 and is in recognition of Whitby's once proud record as a whaling industry in the 18th & 19th century. 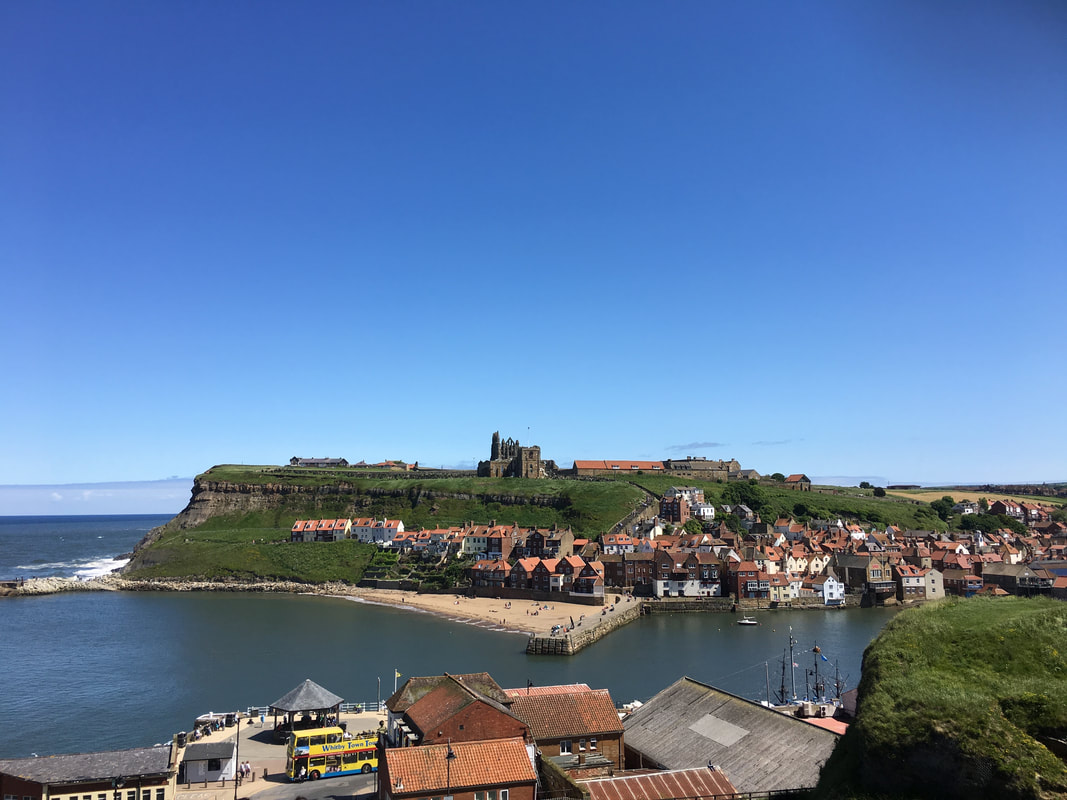 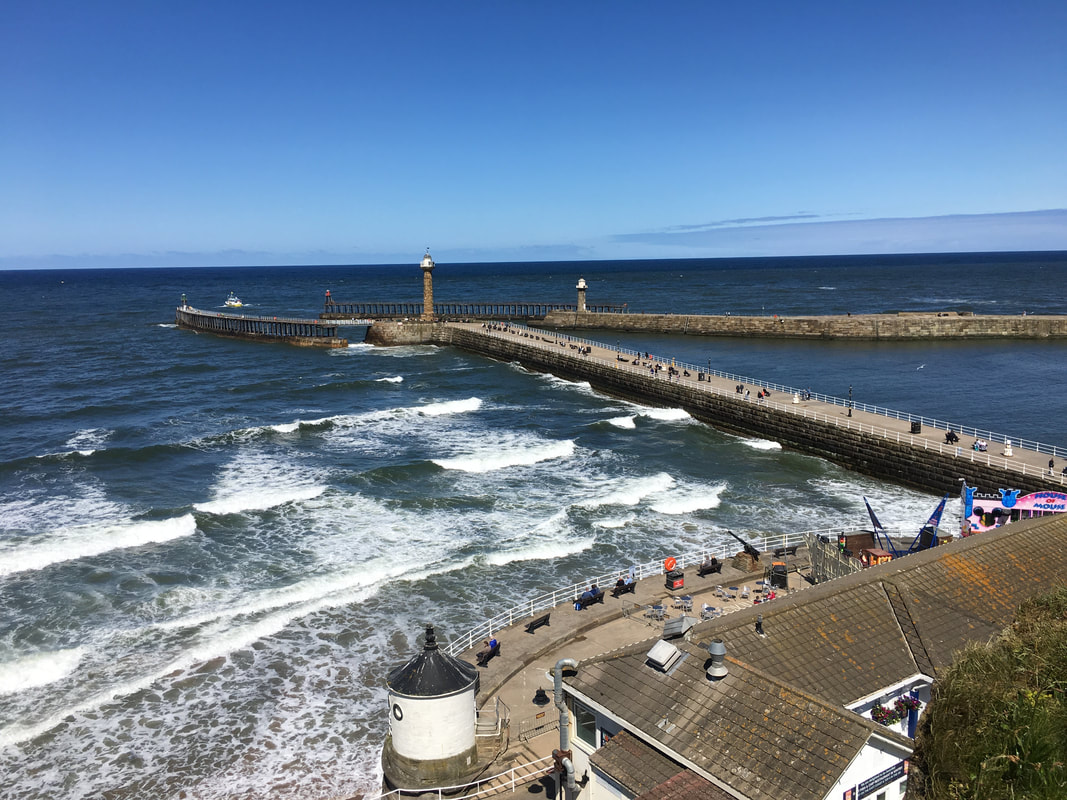 The east & west piers at Whitby 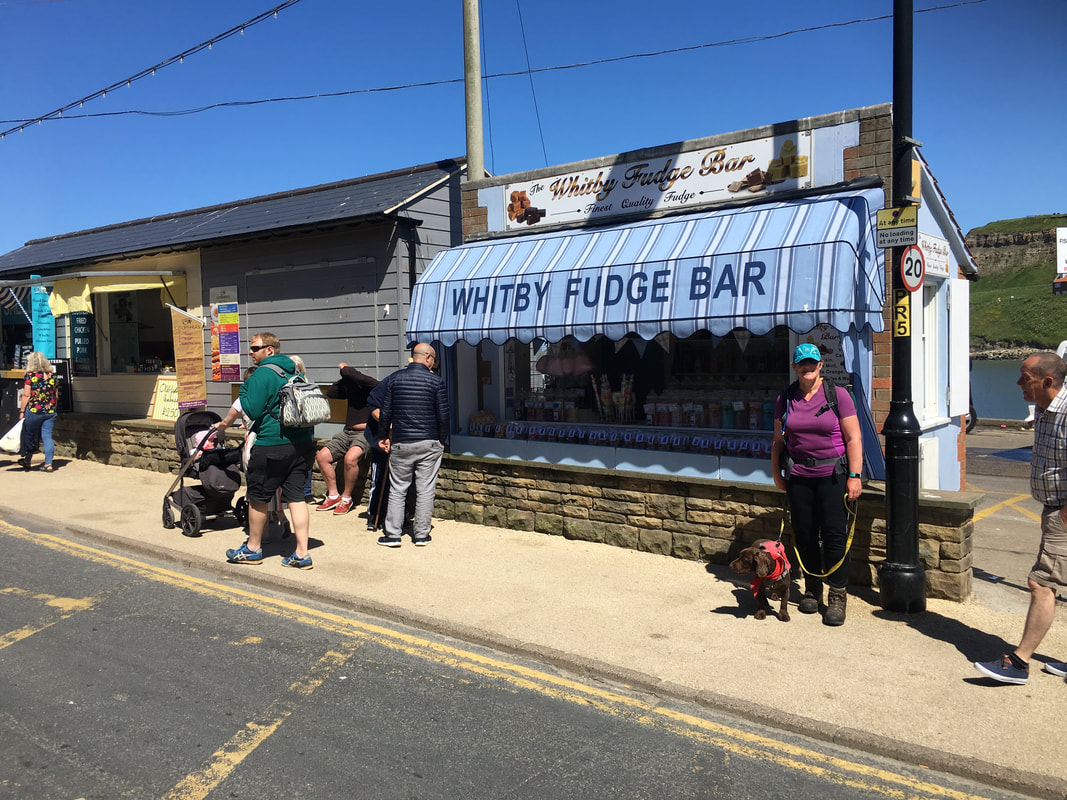 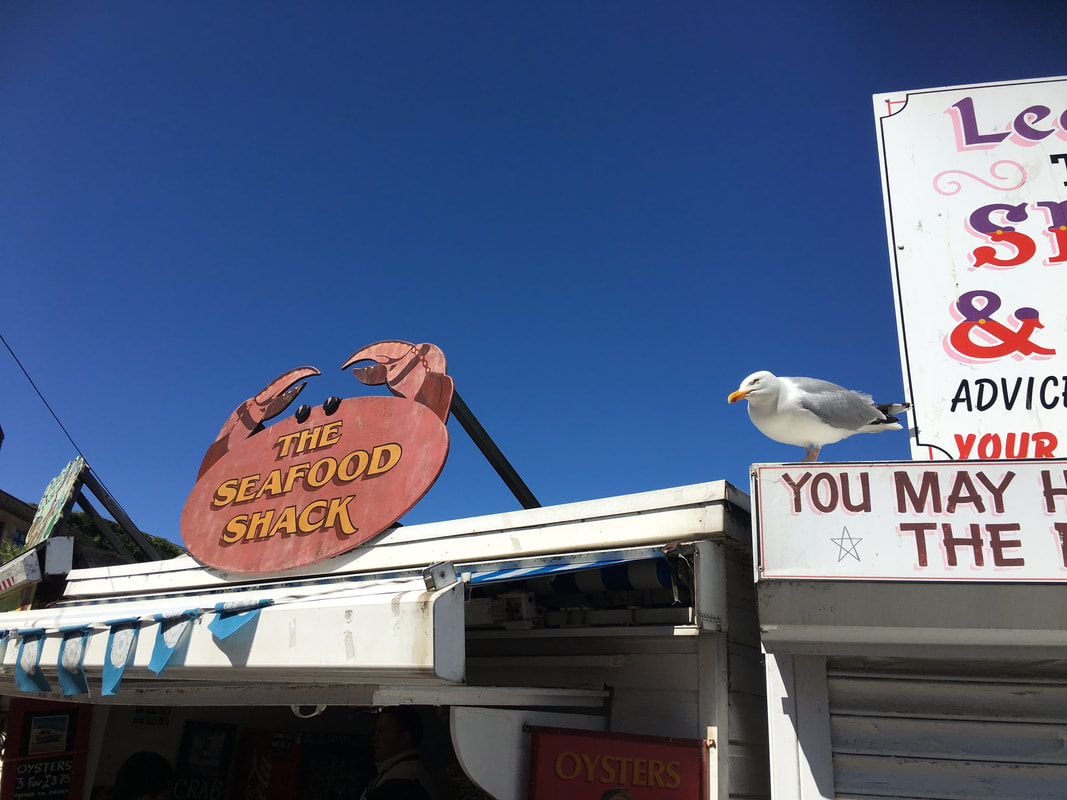 This chap was poised waiting for any slight mistake 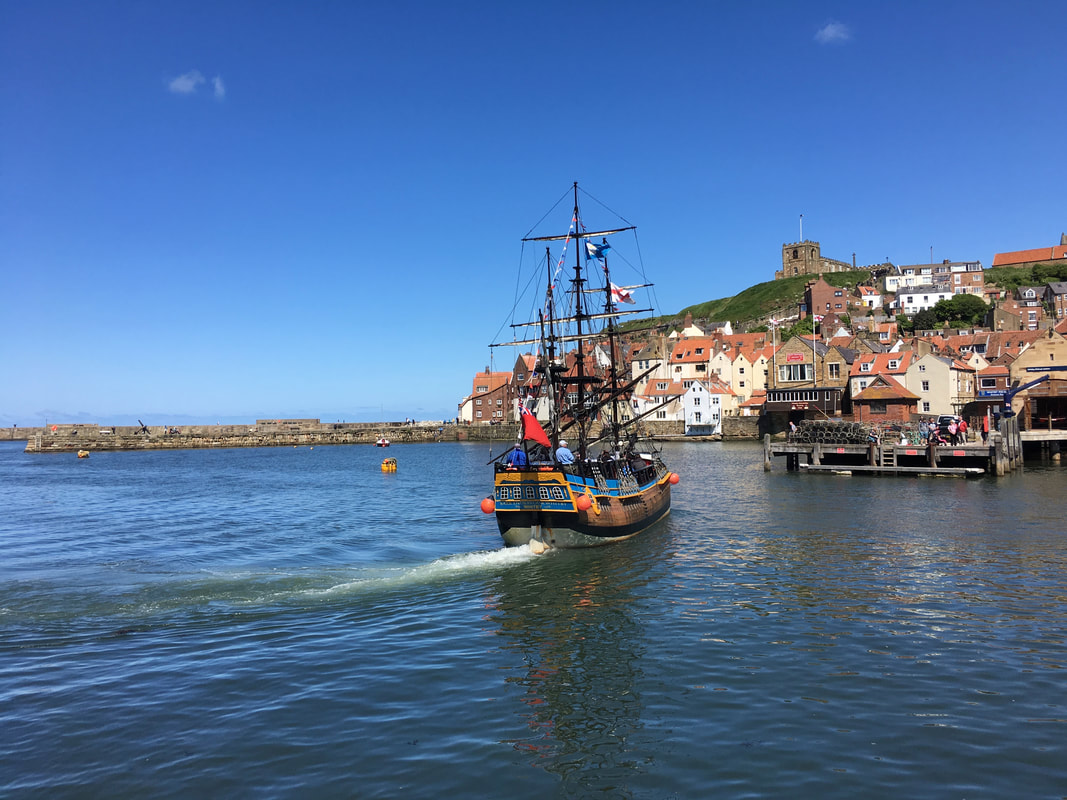