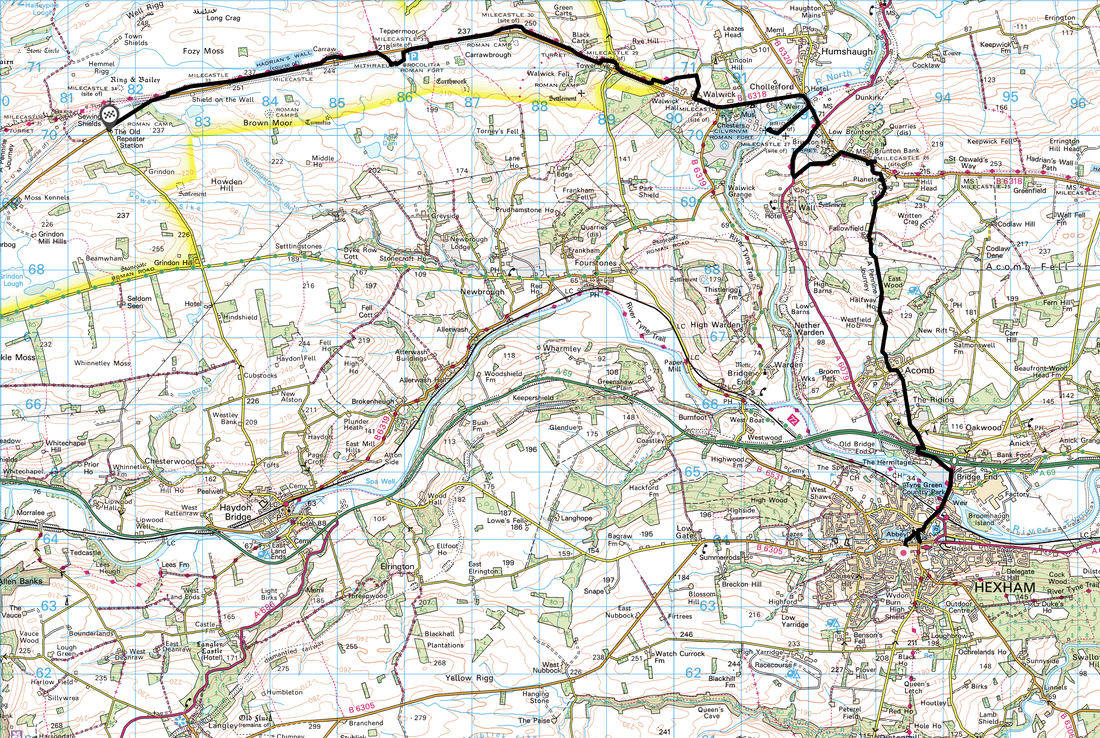 A better nights sleep thankfully. Our stay at Hexham town B&B was quite pleasant if a little unorthodox. The owner Julie lived elsewhere therefore we only ever saw her in the morning for Breakfast and we were therefore left to our own devices with the run of the house. Also, this morning was the very first time we had our breakfast served by someone carrying a 20 month old baby.

As it was Sunday we departed Hexham to the chiming of church bells. The first part of the route today headed through the town and over the Tyne and once we crossed the bridge we turned off left and away from the hustle & bustle of people & traffic. Today we would be heading north for a couple of miles until we reached Hadrian’s Wall at Planetrees then our route would head to the west. Acomb came and went and at Crag House we were blocked from passing through a gate by a couple of sturdy steeds. They were pleasant enough but didn't fancy clearing the way for us to pass therefore we climbed a small fence instead of using the gate.

Planetrees gave us our first sight of the impressive structure of Hadrian's Wall however a few hundred yards after this we came up against another wall - this time a wall of Cows who looked up for a bit of a scrap. On occasions like this there are several options available - firstly to retreat, secondly to find an alternative diverted route in order to regain your path or thirdly cause a distraction and somehow get past them. We chose the latter - I headed off to the left and the herd duly followed me leaving the way clear for Angie & Fudge to pass through the gate. I simply headed for the same gate via a big wide arc and all was well. The last thing you want to be doing is antagonising livestock.

At Wall we stopped at a convenient bench by the roadside and had a bit of lunch to then head off towards Chollerford. We decided to head off route for a mile or so to visit the Roman Bridge near Chesters - it was certainly worth the detour. Regaining our route at Chollerford Bridge we unfortunately had to pass by the Riverside Cafe as it had been taken over by a huge group of Bikers therefore no seats outside. From the village of Chollerford there was now a section of road walking along the B6318 to reach the village of Walwick where thankfully we rejoined Hadrian's Wall.

​The last 5 miles were a delightful stretch along the Wall and with Fudge off lead we could really enjoy this stunning section with the only unpleasant part being the millions of black fly beasties wanting to snack on us near Limestone Corner. Nearing the turn off for our digs a familiar face was sat up against the wall having a bit of a rest - it was Neil, the chap who was walking up to John O'Groats who we last saw as we were leaving Middleton. After a bit of a chat and a catch up we wished him well and made the short journey to our B&B at The Old Repeater Station. We were greeted by our host Les, a lovely old boy who ran the place single handed. After an introductory Beer, we settled in and Les cooked us a very good Dinner which we ate in company with the 3 other guests - an Austrian/Italian couple and a young German girl who were all walking the Hadrian's Wall path. After supper I sat in the Lounge with our host Les and caught up with some blogging stuff and Les inquired whether I minded him watching the Star Wars Movie which of course I didn't. Ten minutes in to the film I left him to it - snoring his head off asleep on the couch! 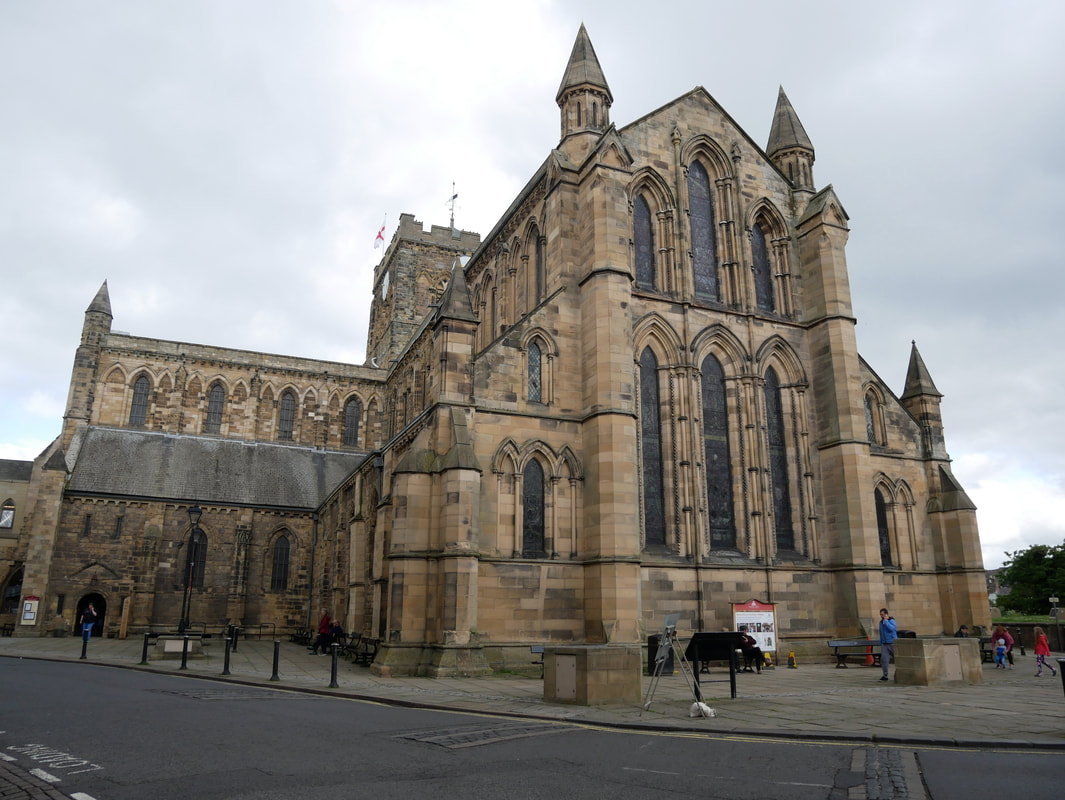 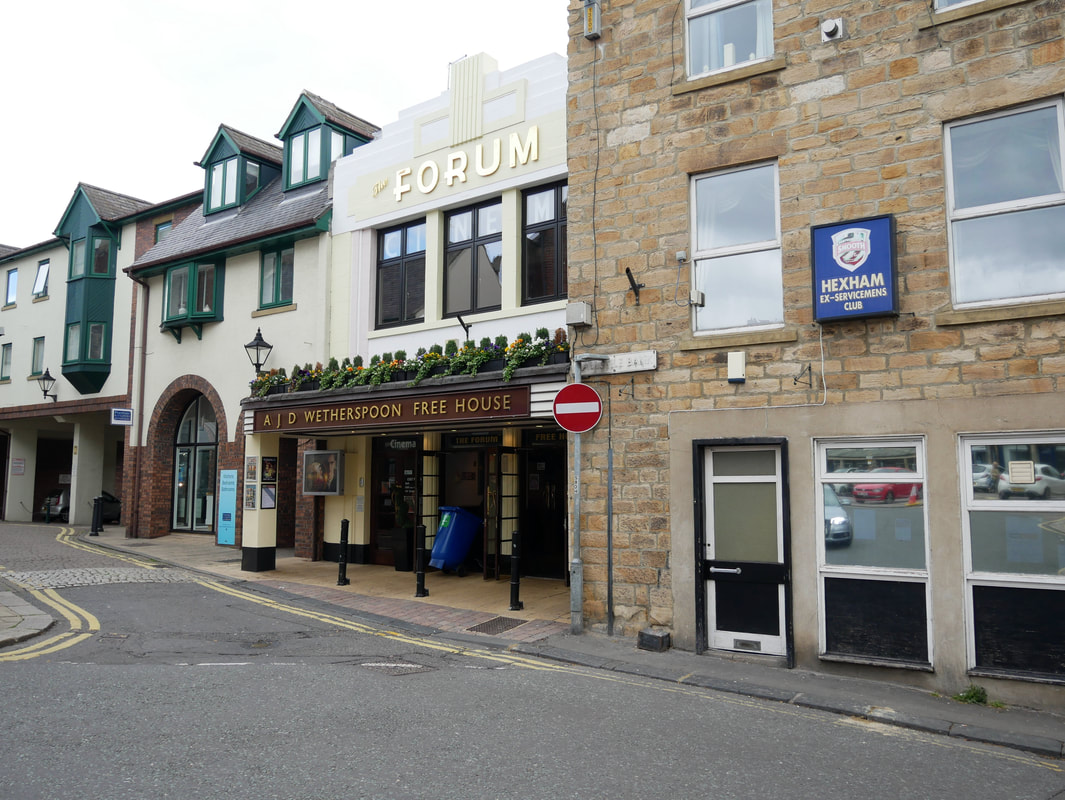 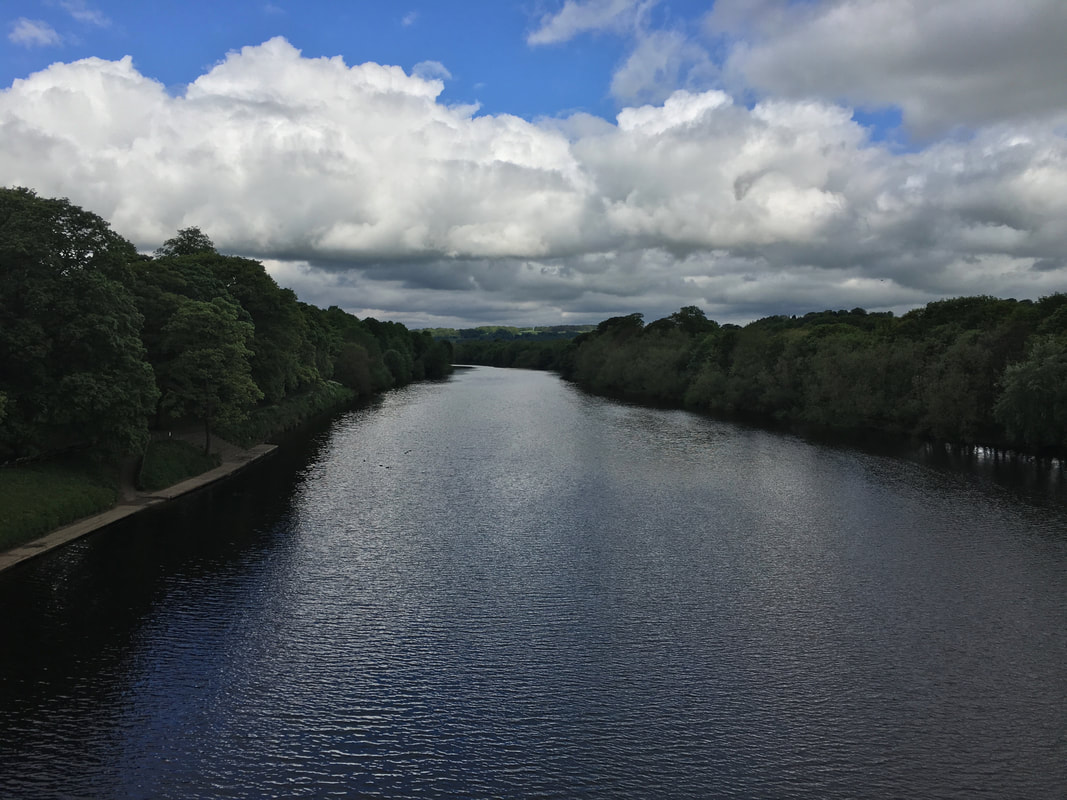 Crossing the River Tyne at Hexham 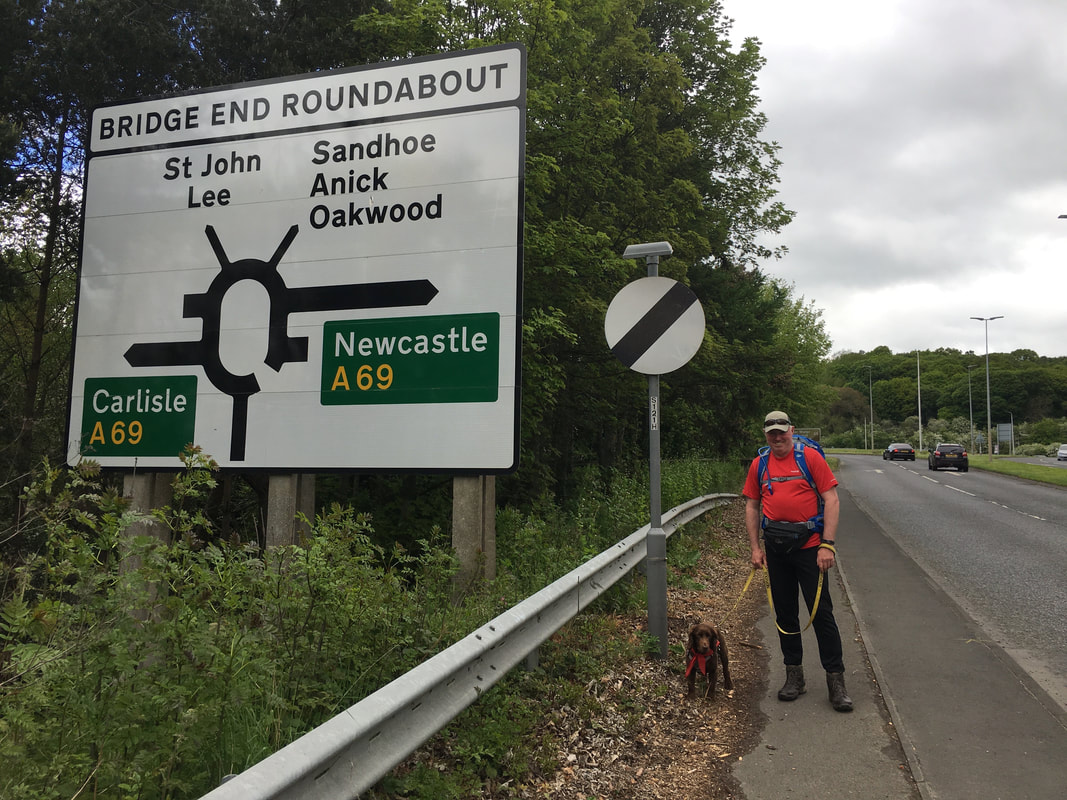 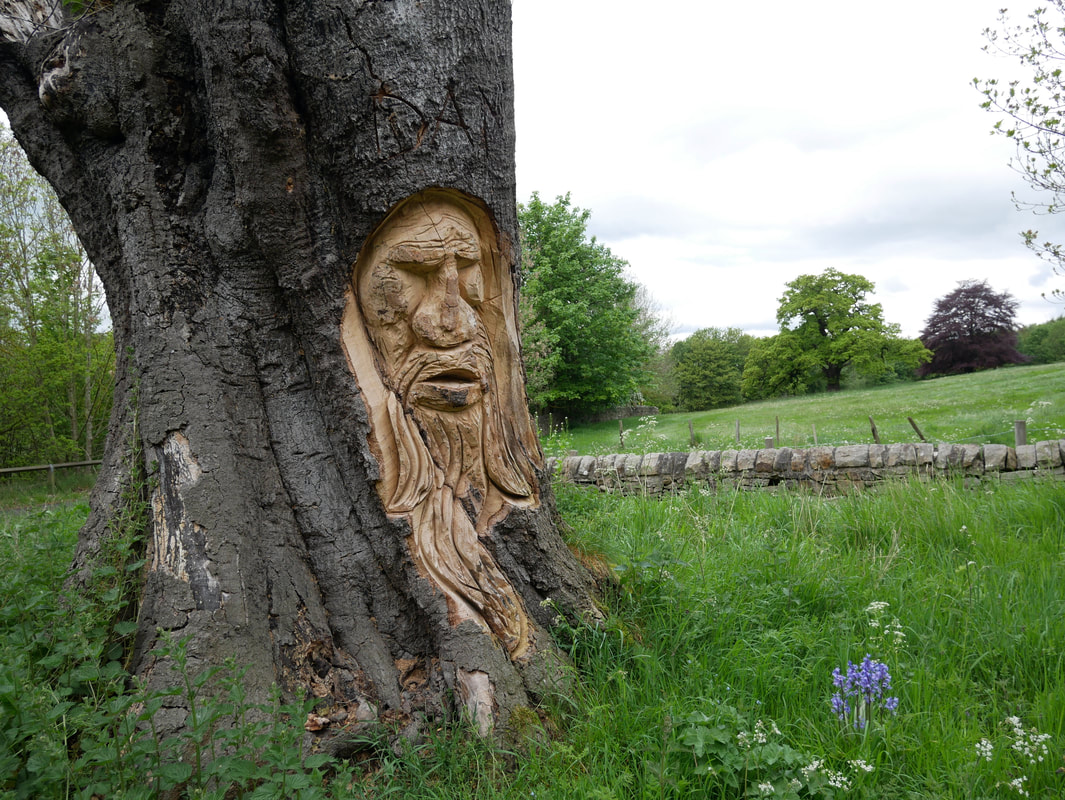 An intricate wood carving near The Hermitage, Acomb 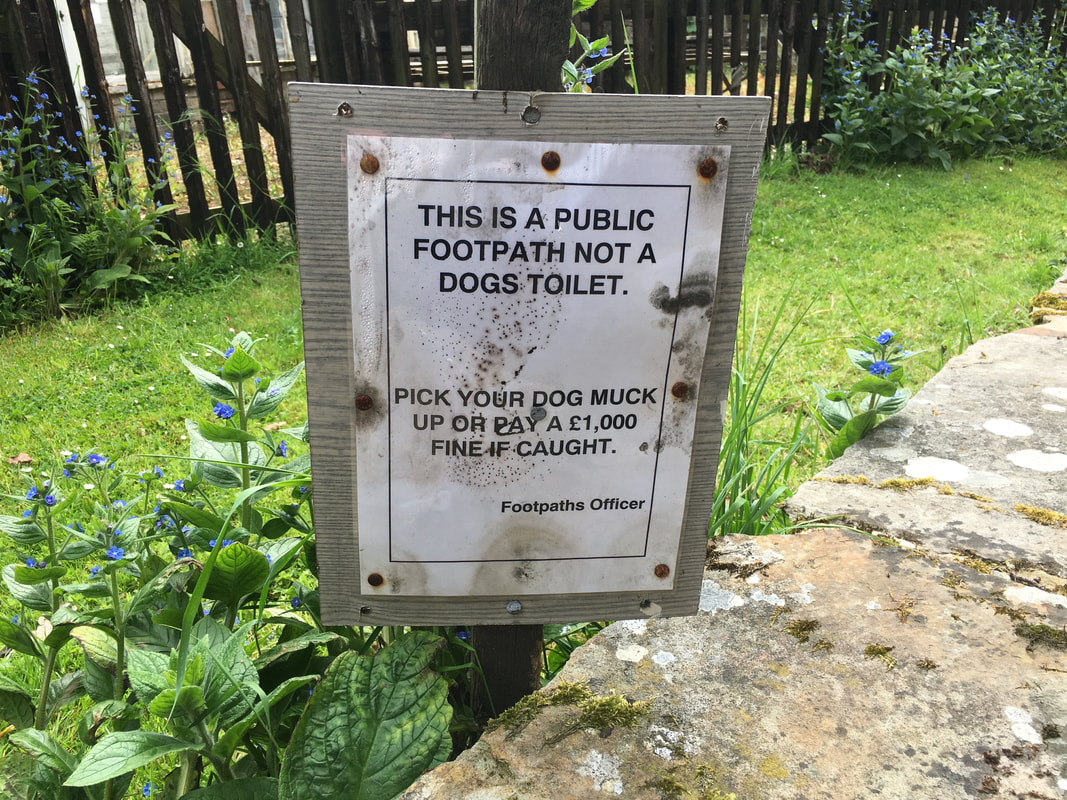 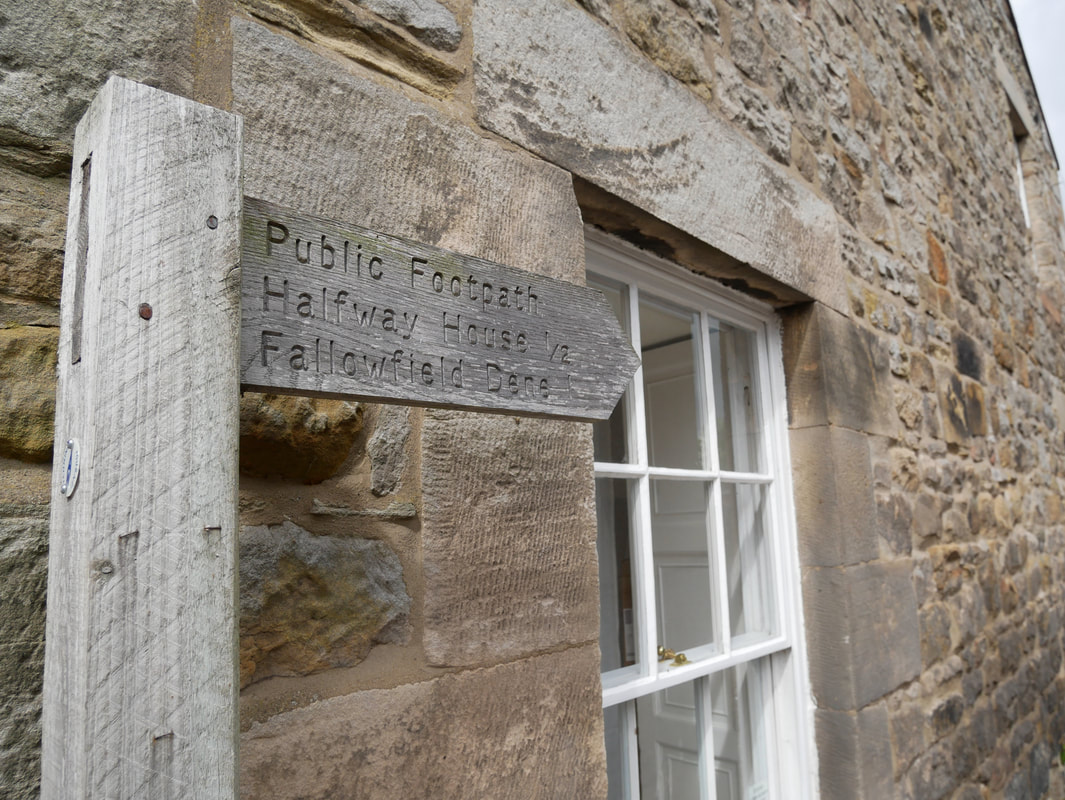 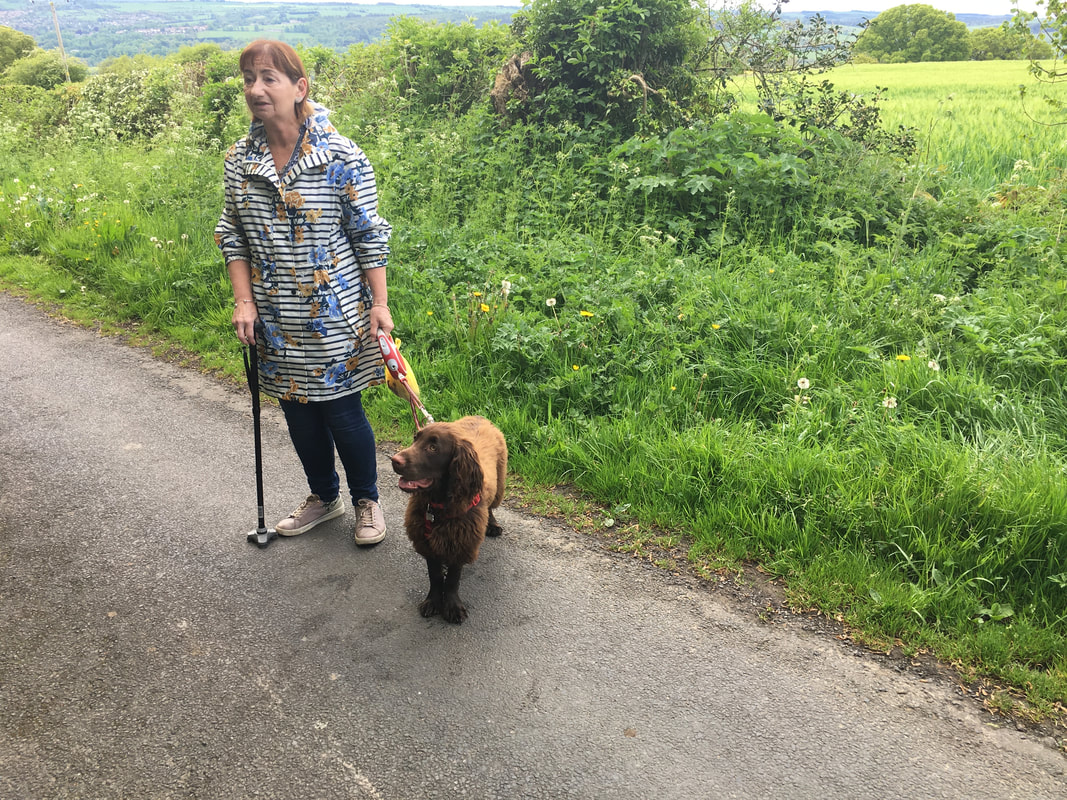 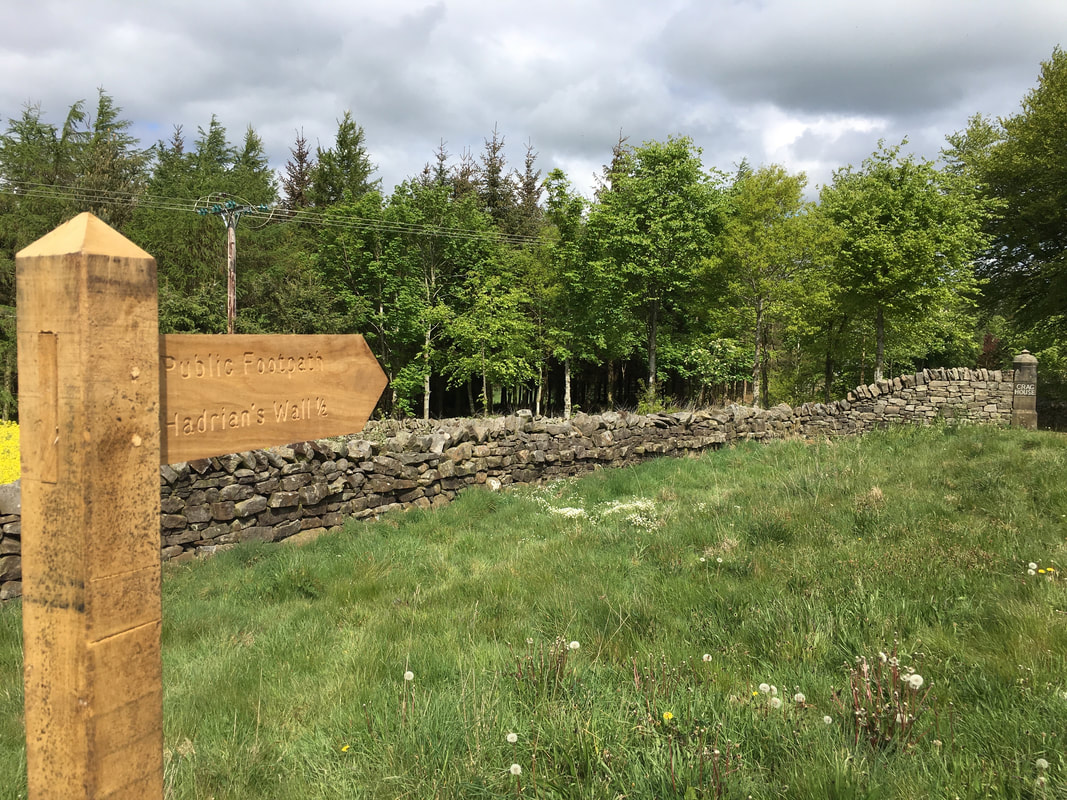 Crag House near Planetrees - not far to the wall now 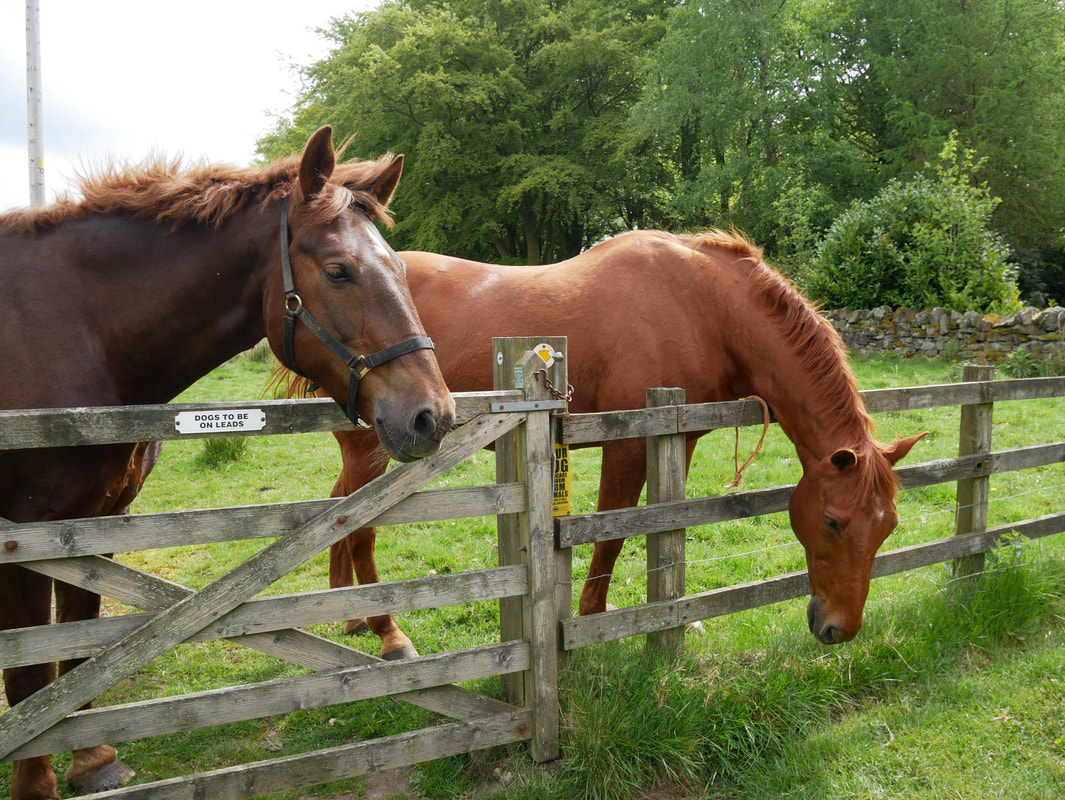 The footpath headed through this gate at Crag House but despite being extremely pleasant, these two were not budging to let us through - instead we had to scale a small fence just to the left of them. 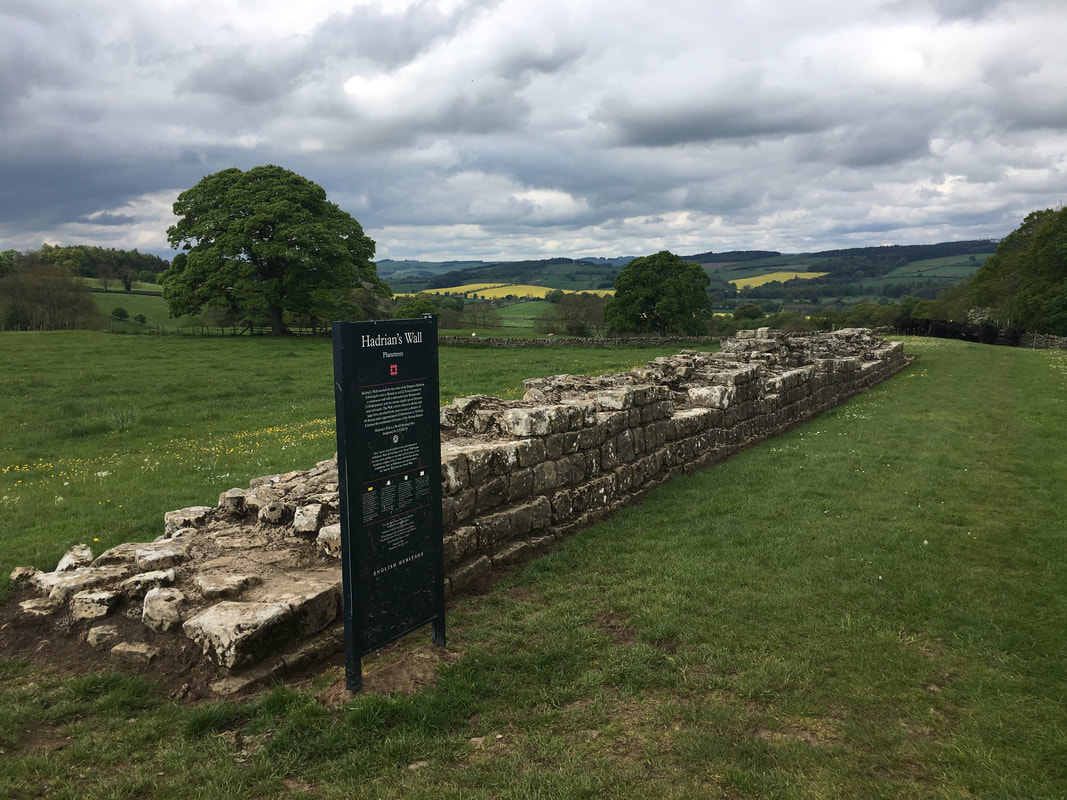 Our first view of Hadrain's Wall at Planetrees 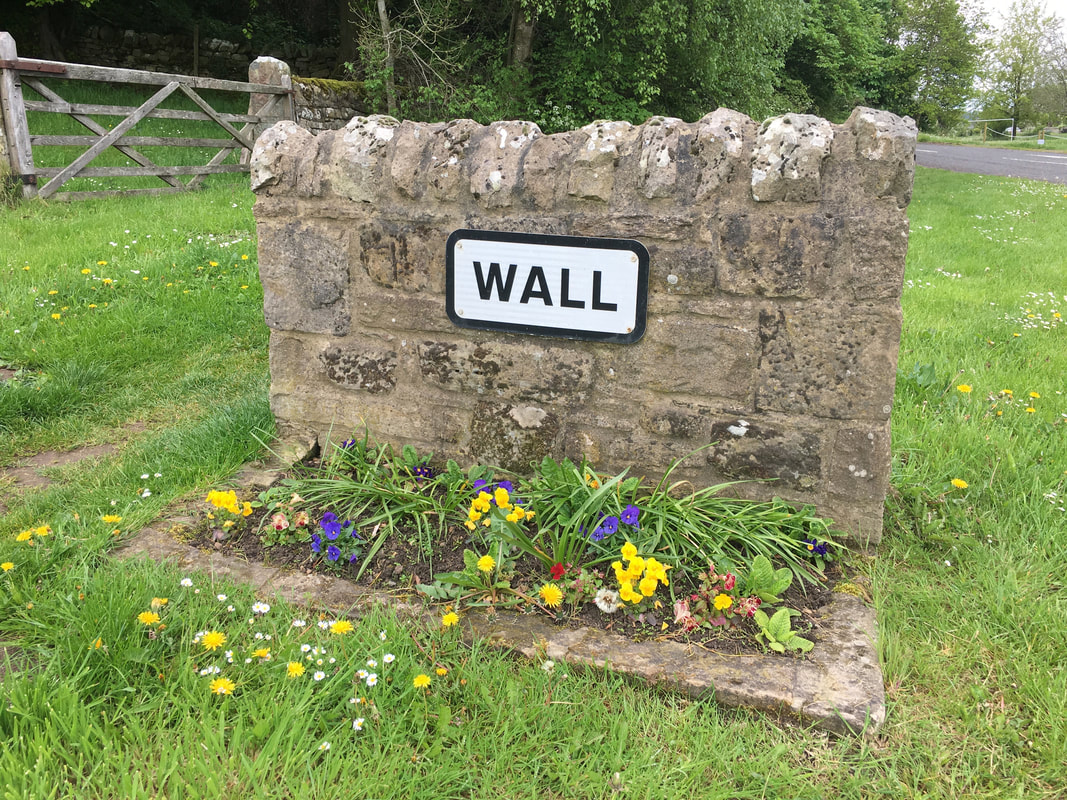 I wonder how this village got its name? 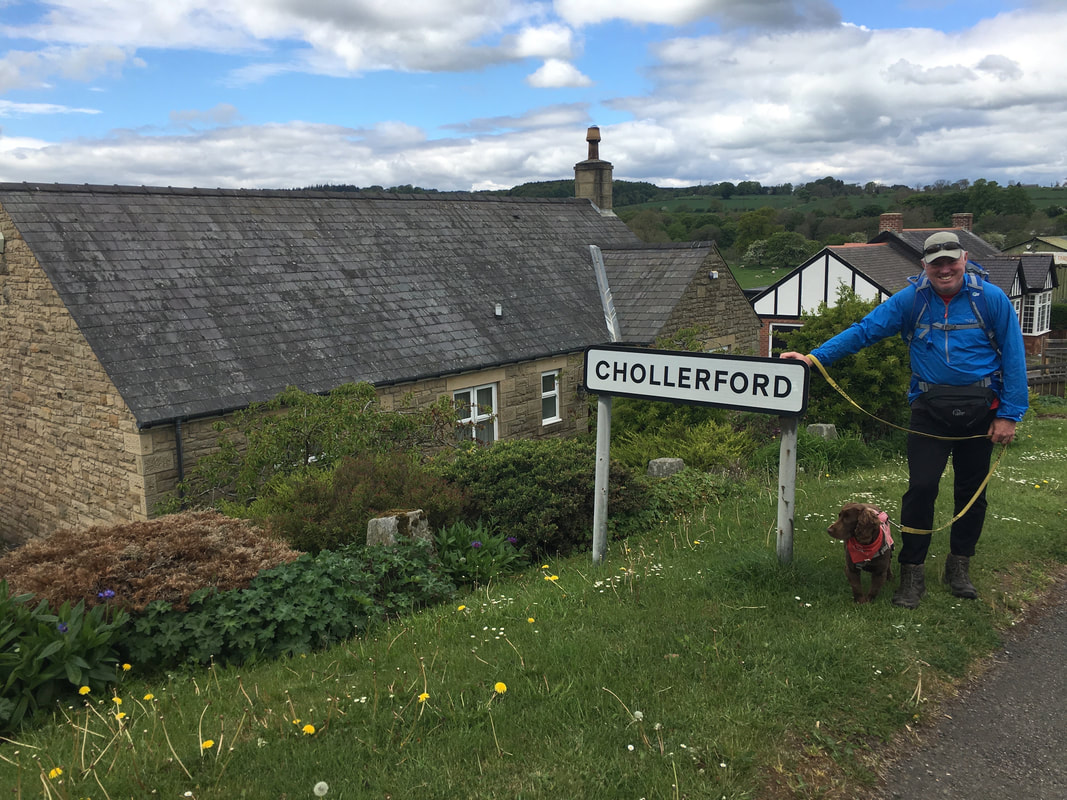 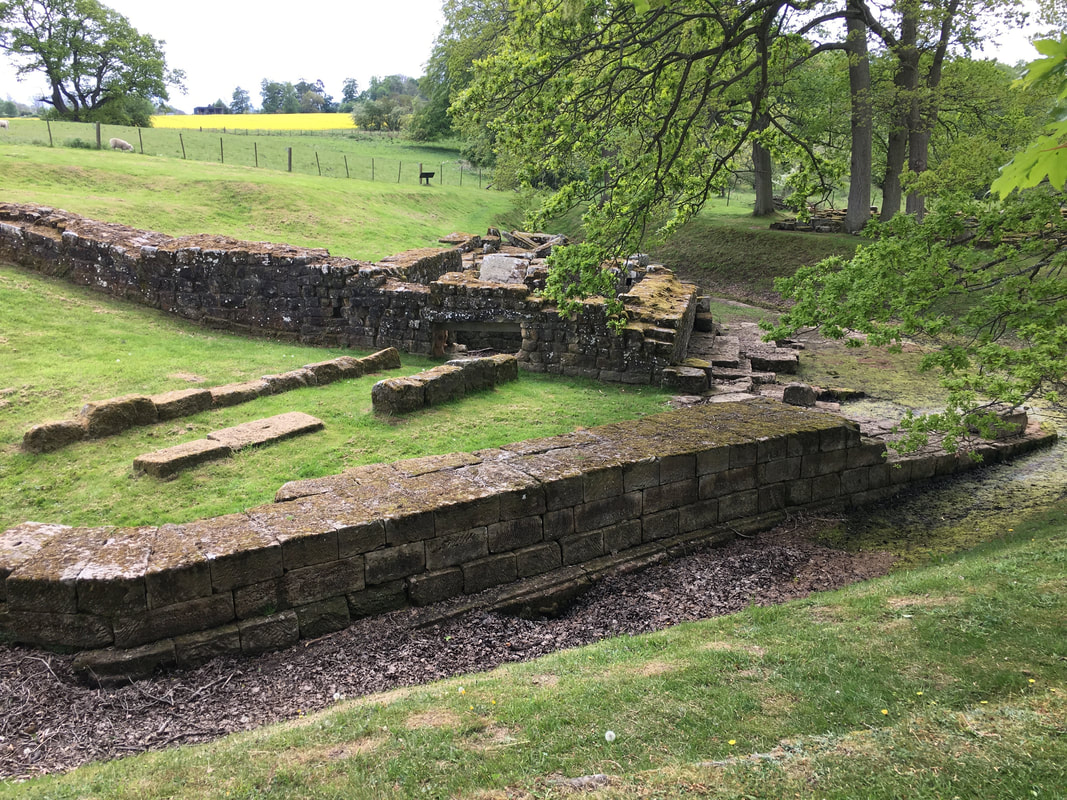 The remains of a Roman bridge across the North Tyne near Chesters Fort. On the eastern river bank here there is evidence of two successive bridges:  an early one that just carried Hadrian's Wall, and a second, much larger one, that carried the Military Way - the road that serviced the Wall. This fine bridge, one of the most remarkable survivals on Hadrian's Wall, proclaimed the power and prestige of the Roman emperor and his empire. 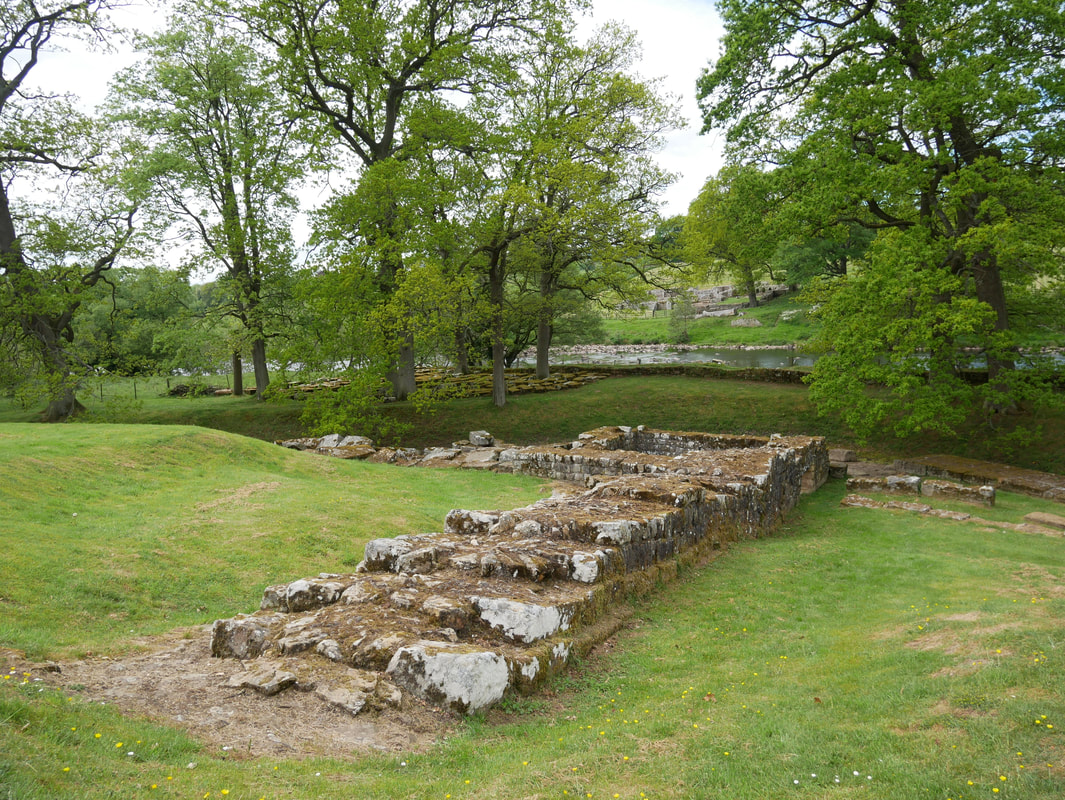 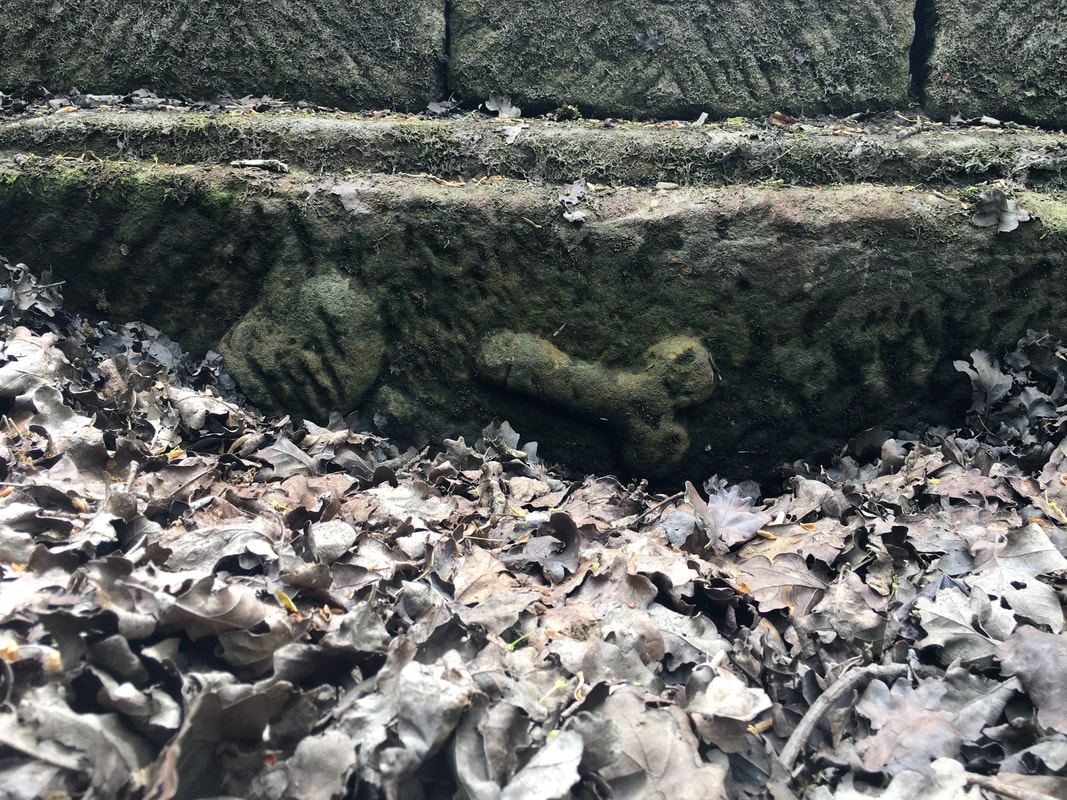 The Roman Soldiers who built the wall often left inscriptions or carvings. This example is sited on the lowest course of the north wing of the bridge abutment - it is a phallic symbol which represented good fortune and protection against evil. 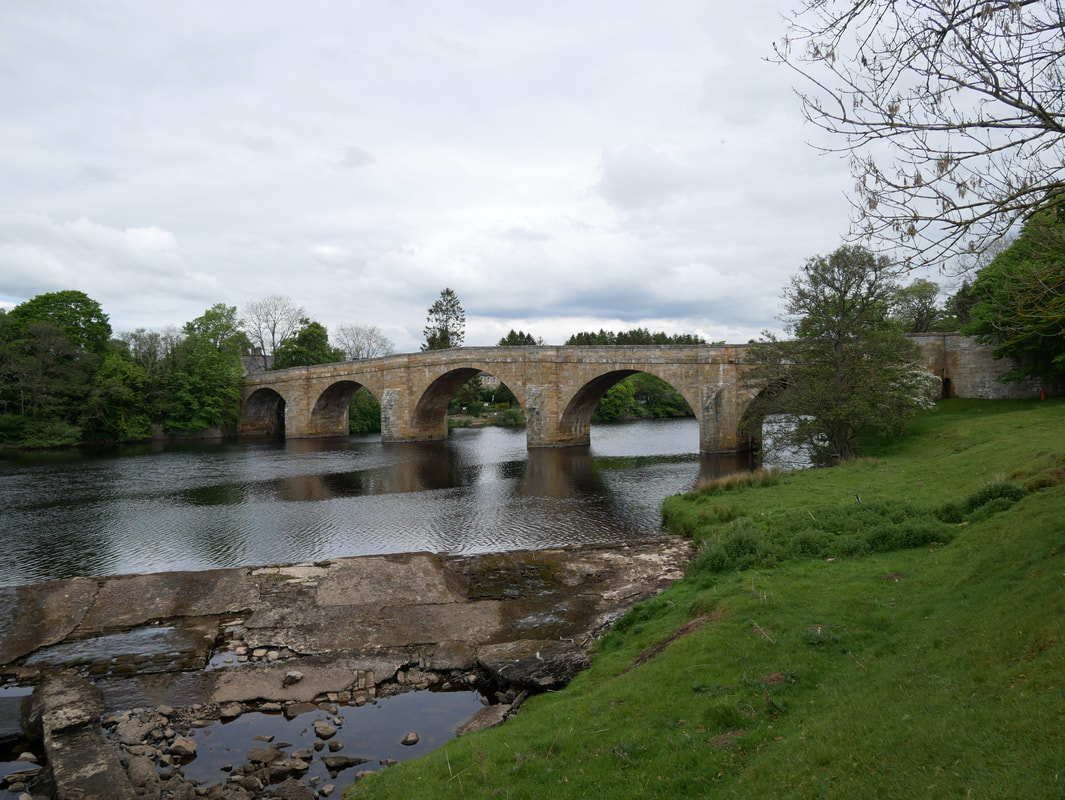 The Grade II listed Chollerford Bridge over the Tyne 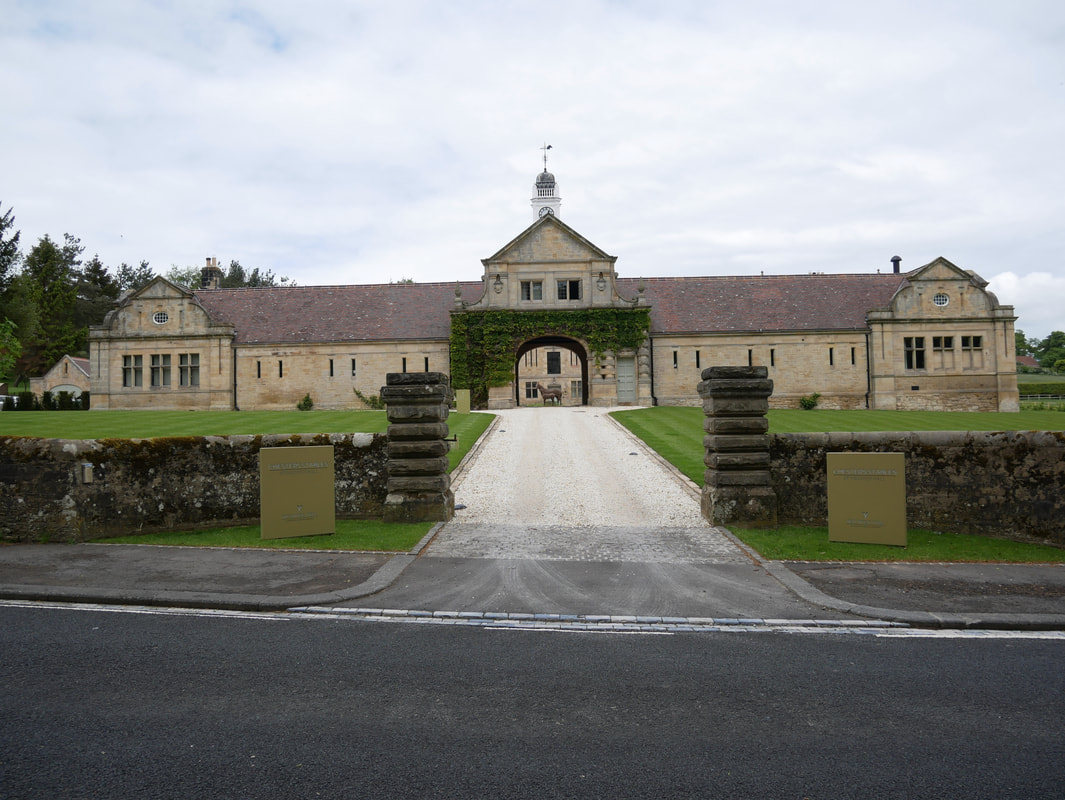 Chesters Stables
Once part of the Chesters Estate, the building fell into decay but is now luxury self catering accommodation 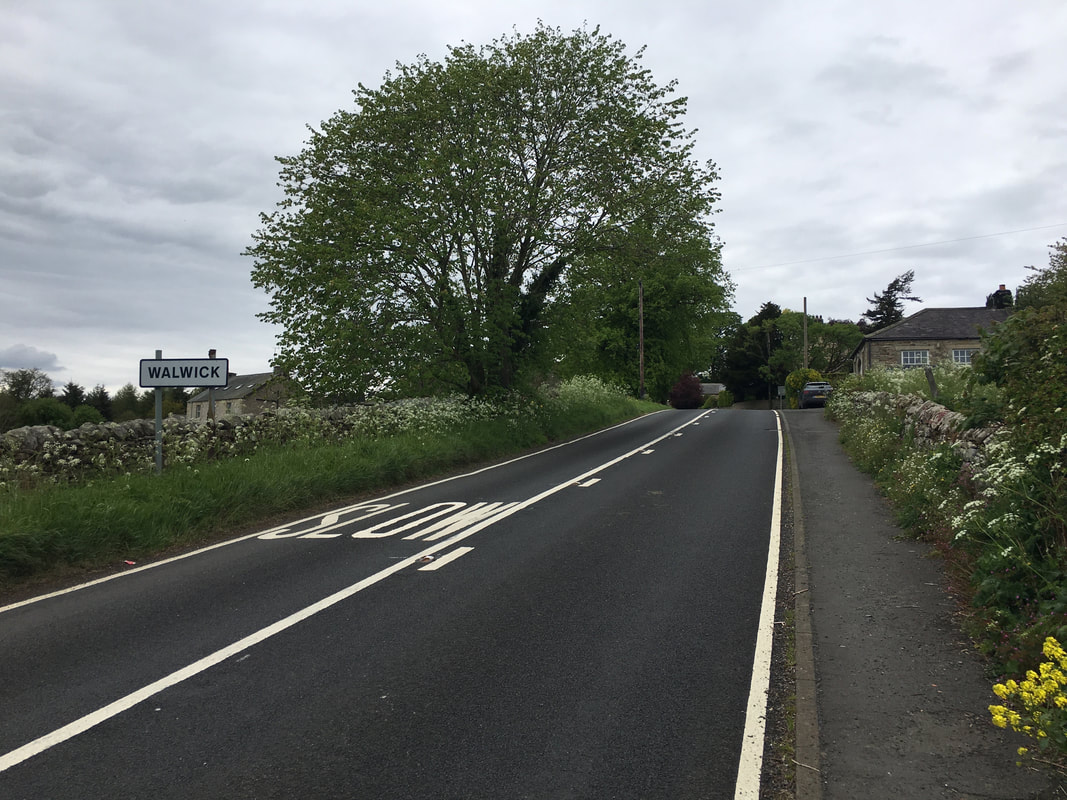 The route from Chollerford to Walwick was along the B6318 which thankfully had a pavement. 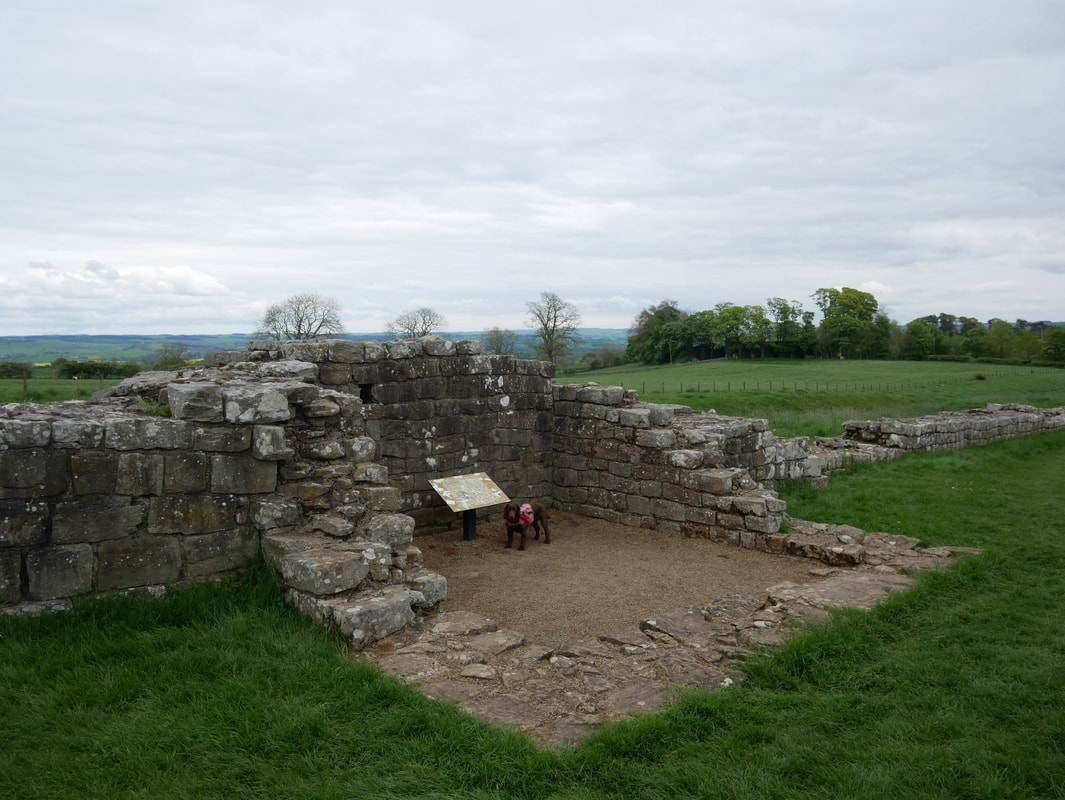 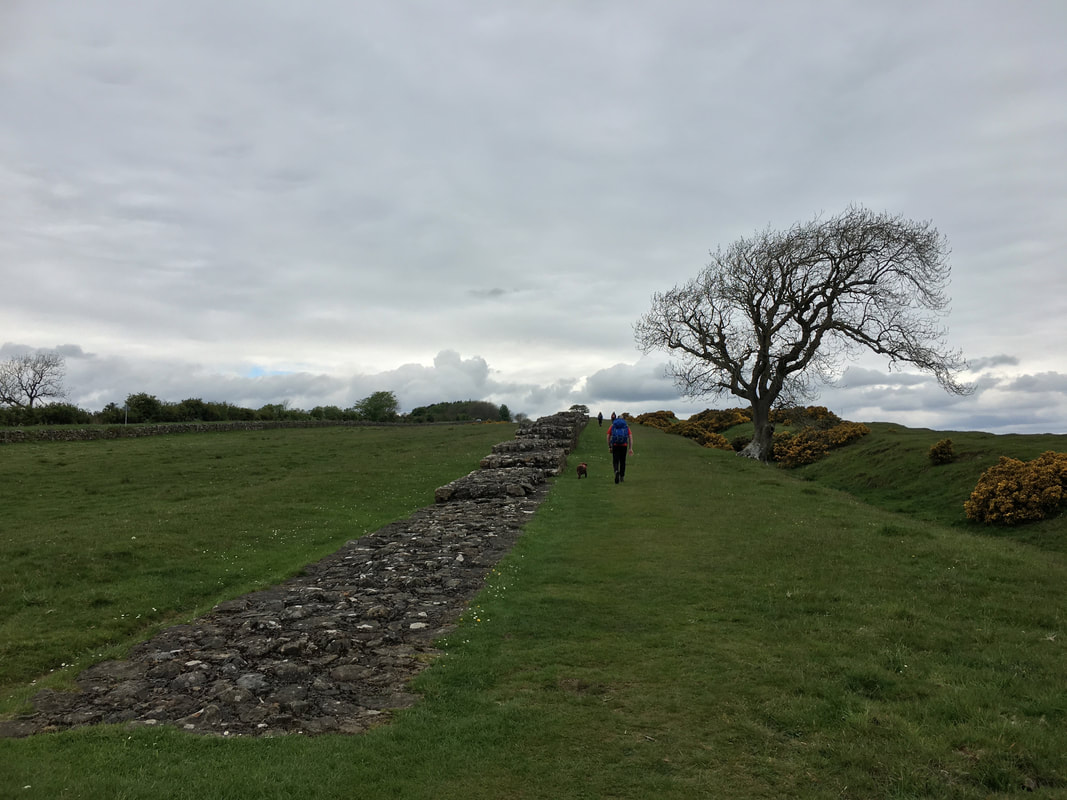 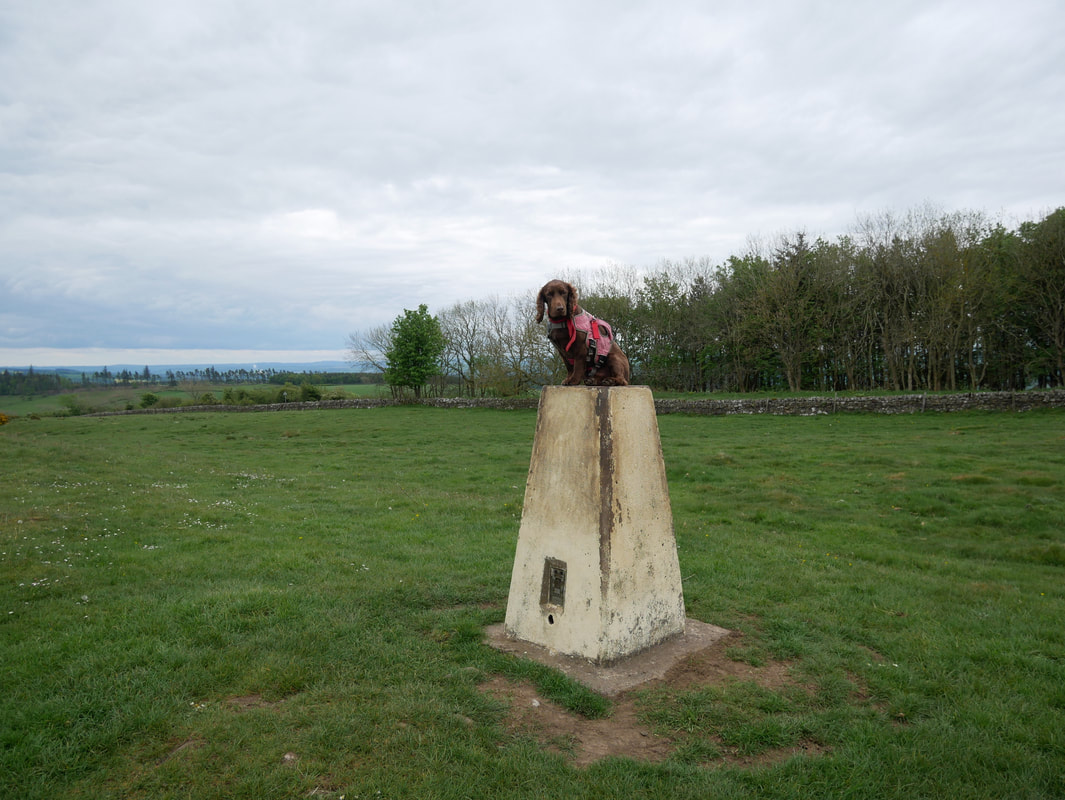 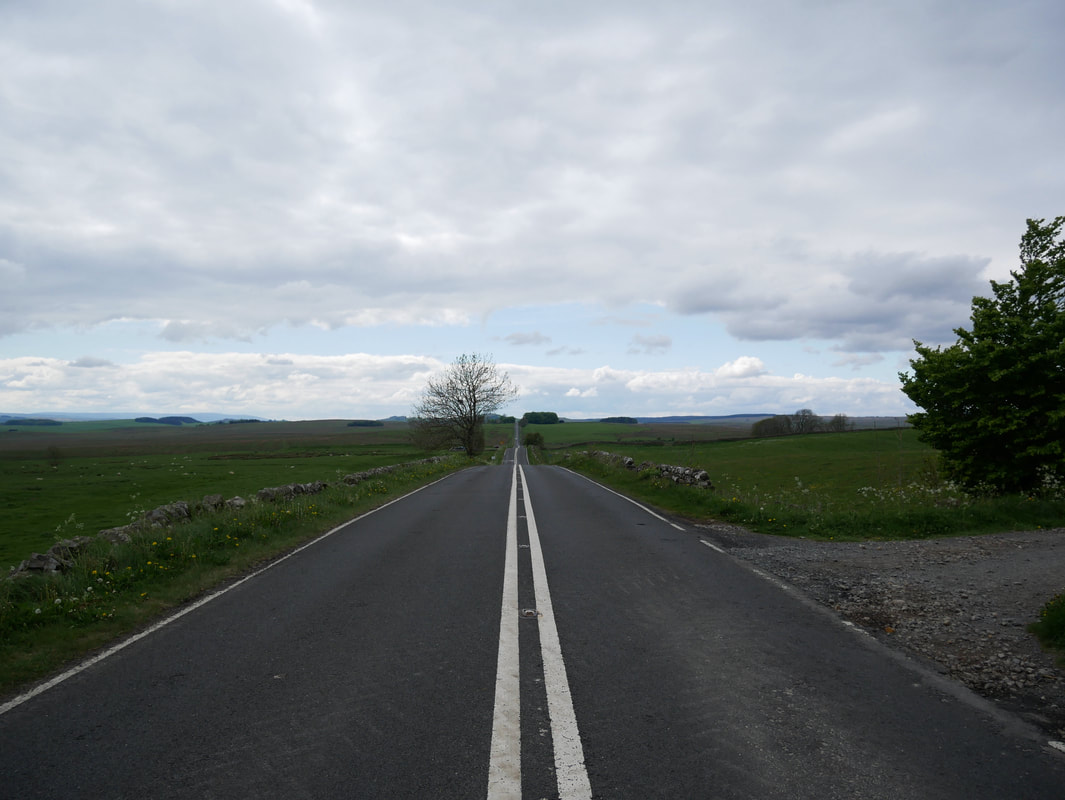 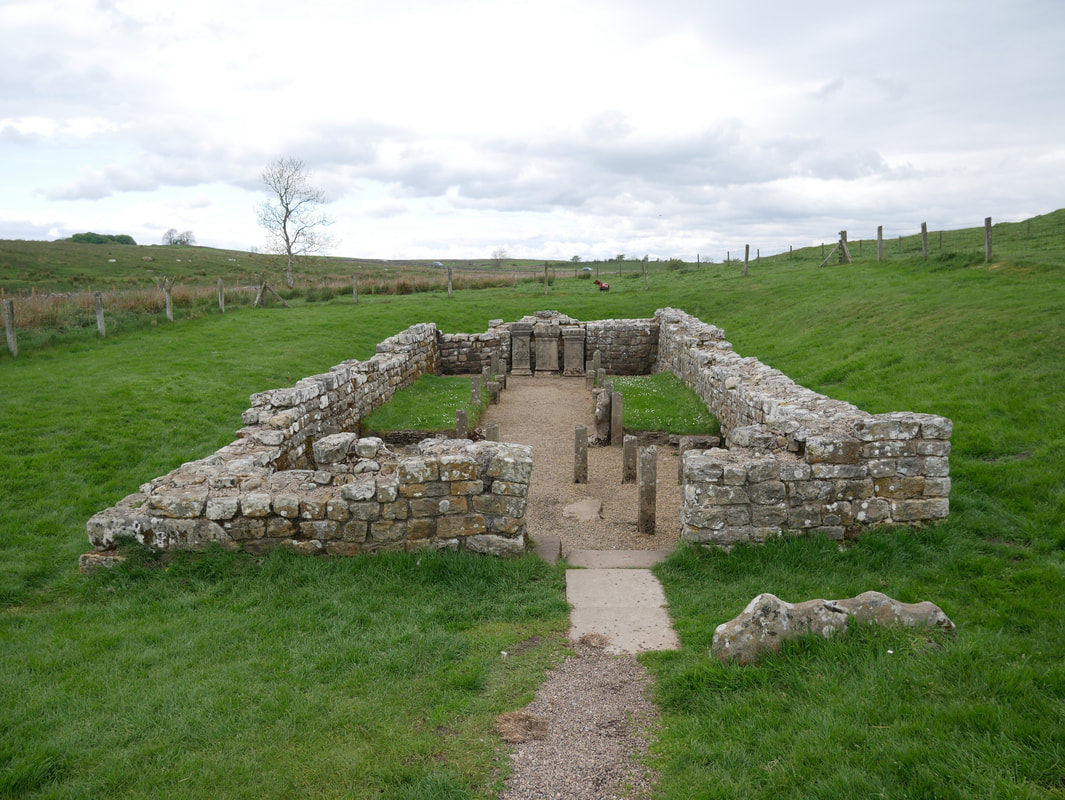 The Temple of Mithras at Carrawburgh

This fascinating Roman temple to the god Mithras was built by the soldiers based at Carrawburgh. Mithras was an eastern god who, according to legend had captured and killed the primeval bull in the cave, which Mithraic temples were intended to evoke. The temple was probably built by soldiers at Carrawburgh fort in AD 200. The three altars found here (copies stand in the temple) were all dedicated by commanding officers of the unit stationed here, the First Cohort of Batavians from the Rhineland. 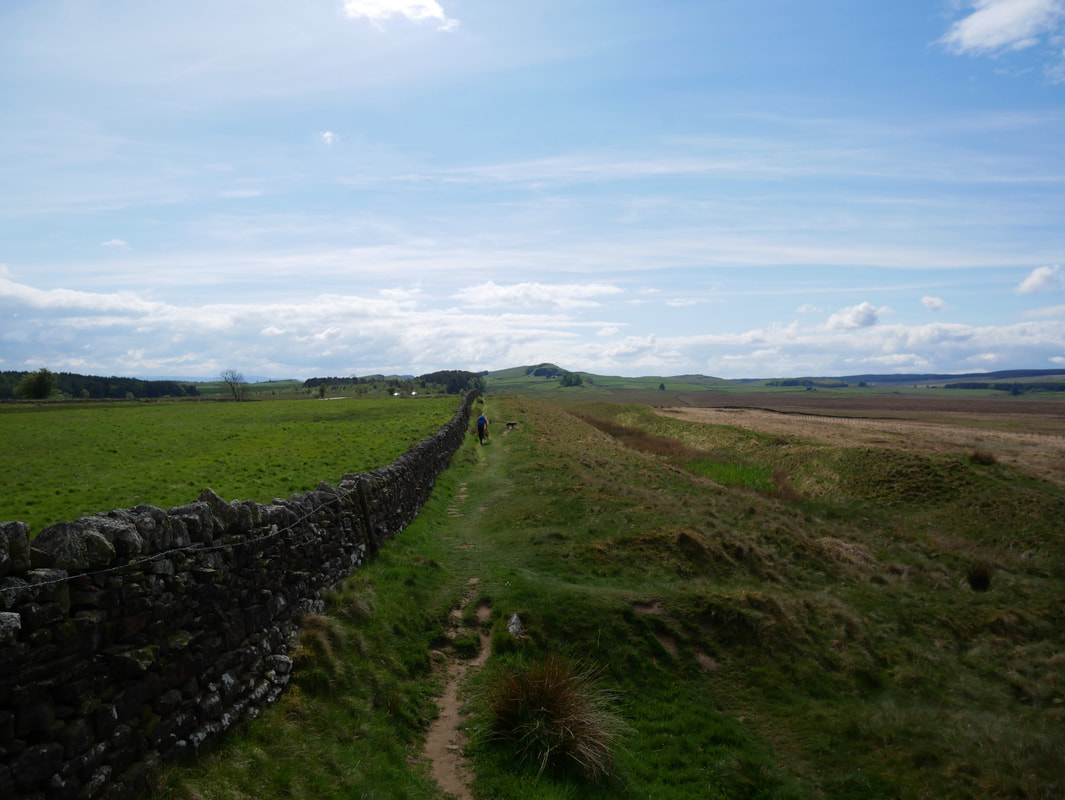 The last part of the days walking between the temple and The Old Repeater Station was relatively flat thankfully. 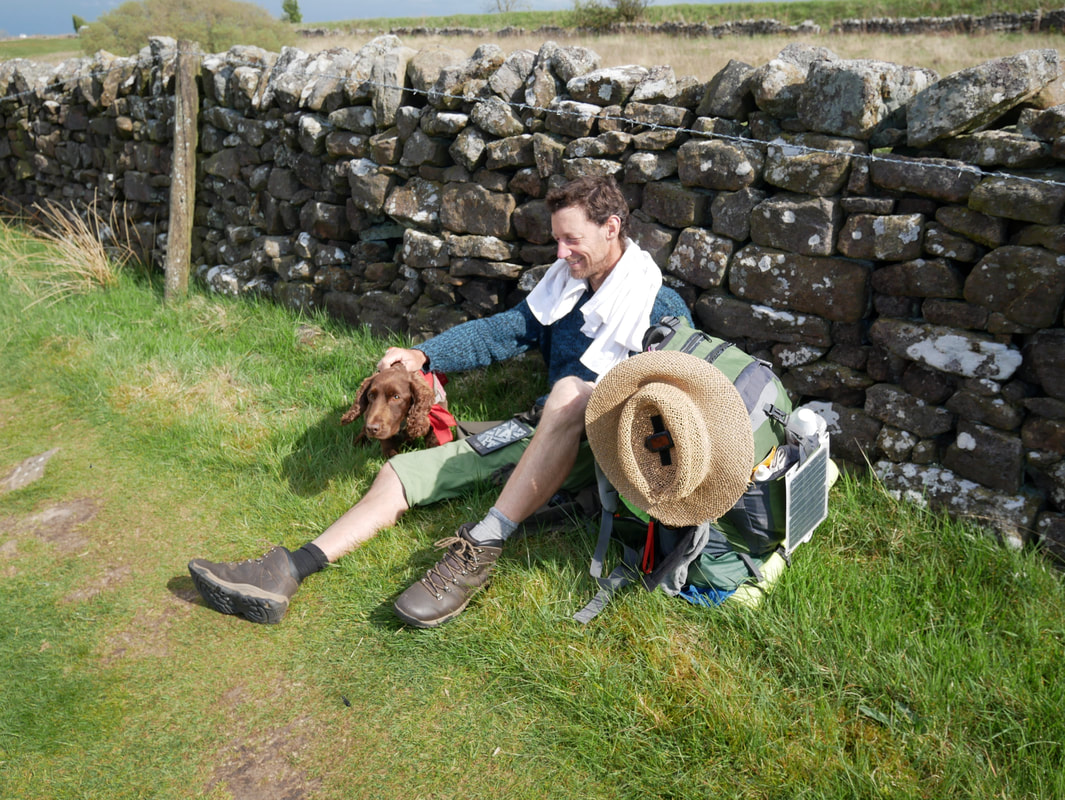 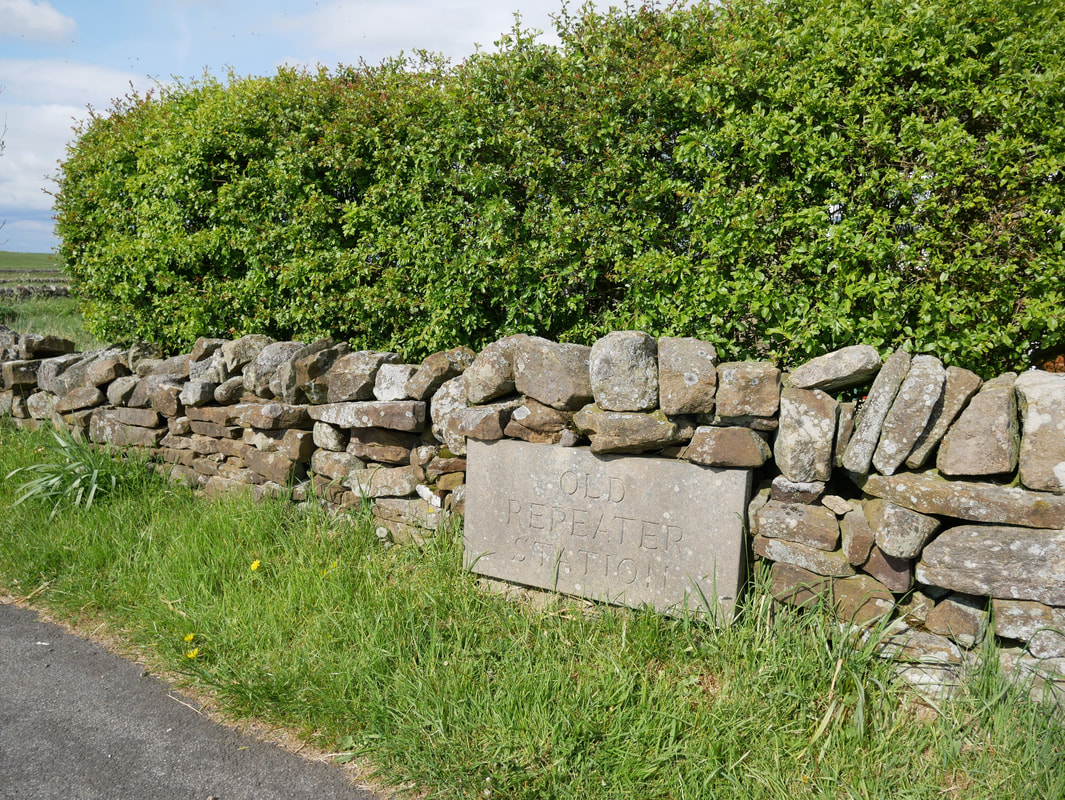 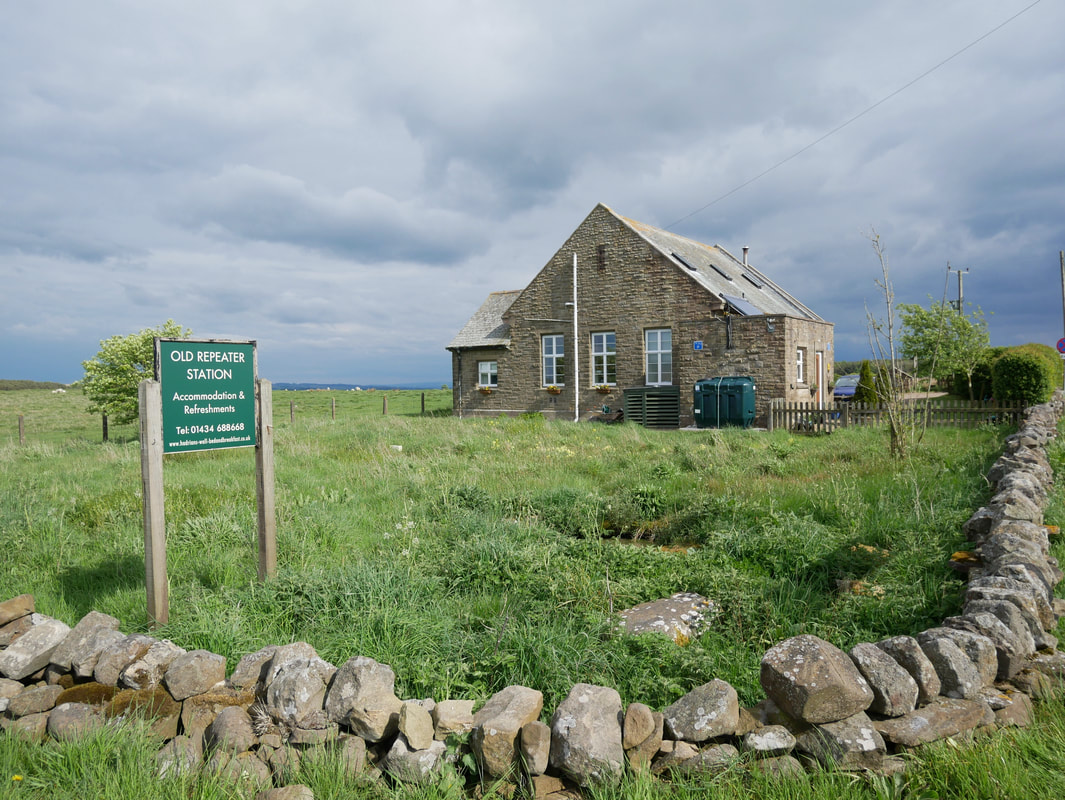