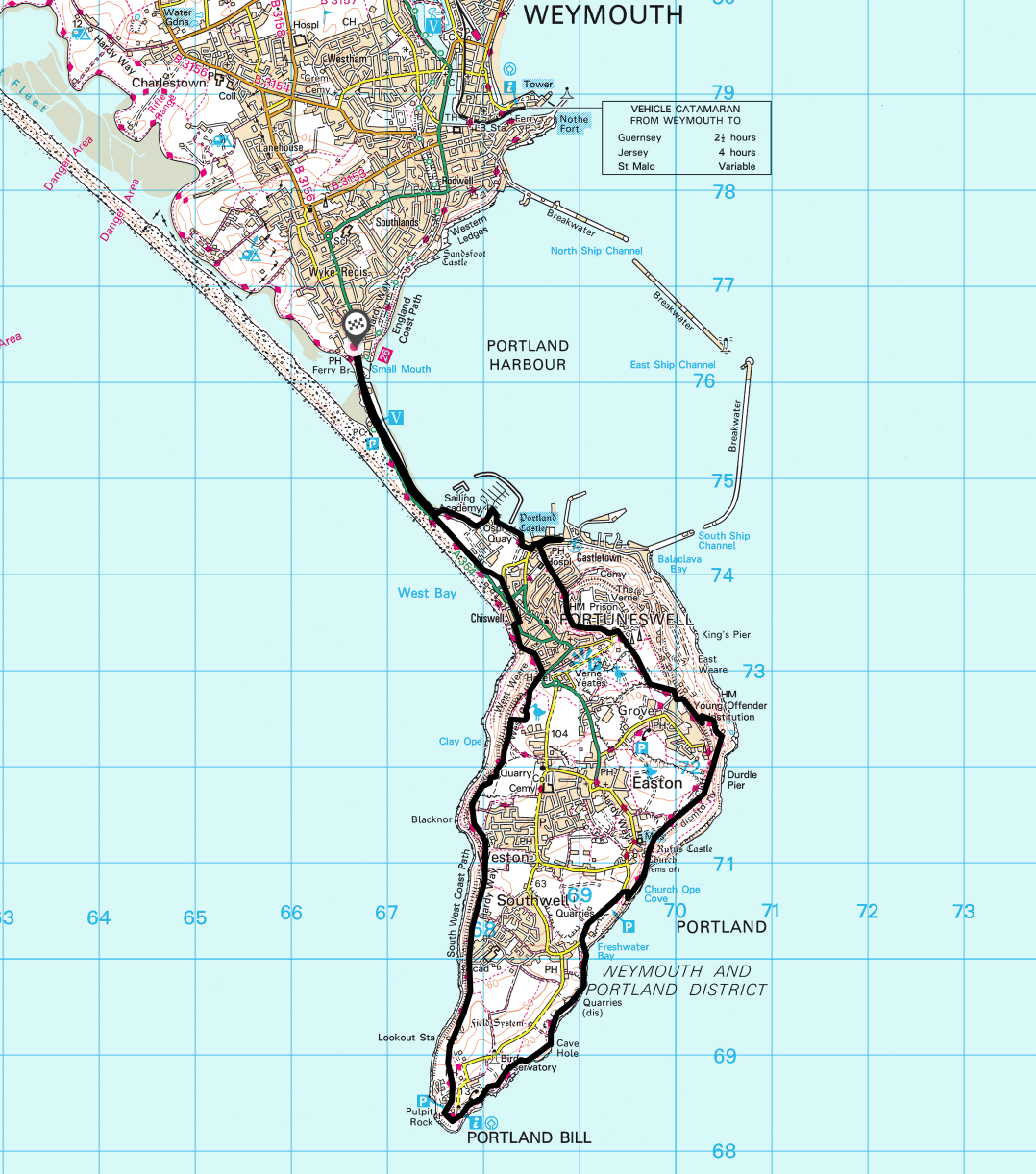 Drove our own car over to Portland to do a walk the majority of which we had done before. After parking near the Ferrybridge we wandered over the Causeway to reach the island - our weather had not changed much from yesterday but on a positive note the torrential rain was now a mere drizzle.

On a good weather day this is a fantastic walk - it was just a shame we were not seeing Portland at its best today. On the western side of the island above West Weare there were two short diversions in place and we were therefore able to visit the Stone Sculpture Park which we probably would have missed otherwise. The walking was fairly level all day but muddy underfoot in places. At Portland Bill we met Maria, her husband Charlie (who also happened to be the Deputy Lord Mayor) and their grandson. Maria and Dave had joined the Navy at roughly the same time and had not seen each other since 1979. We spent a very pleasant hour and a half in their company at the Lobster Pot Cafe where they very kindly treated us to a Cream Tea.

From Portland Bill the path meandered its way along the eastern side of the island passing the delightful Young Offender's Institution and The Verne Prison before reaching Portland Castle. From the castle we briefly visited a few old haunts before heading back along the causeway to our car at Ferrybridge.​ 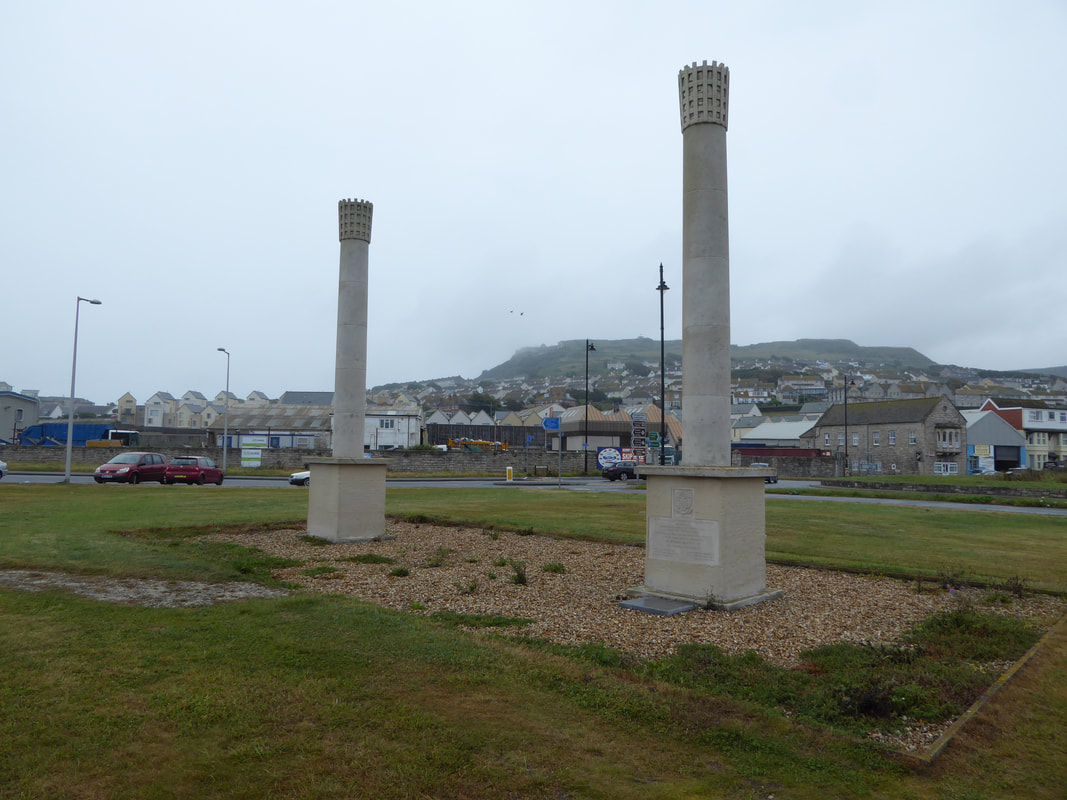 I could find very little information on these stone pillars standing at the entrance to Portland.  Apparently they were erected for the Millennium and meant to signify the gateway to the island - however they were put in the wrong place. 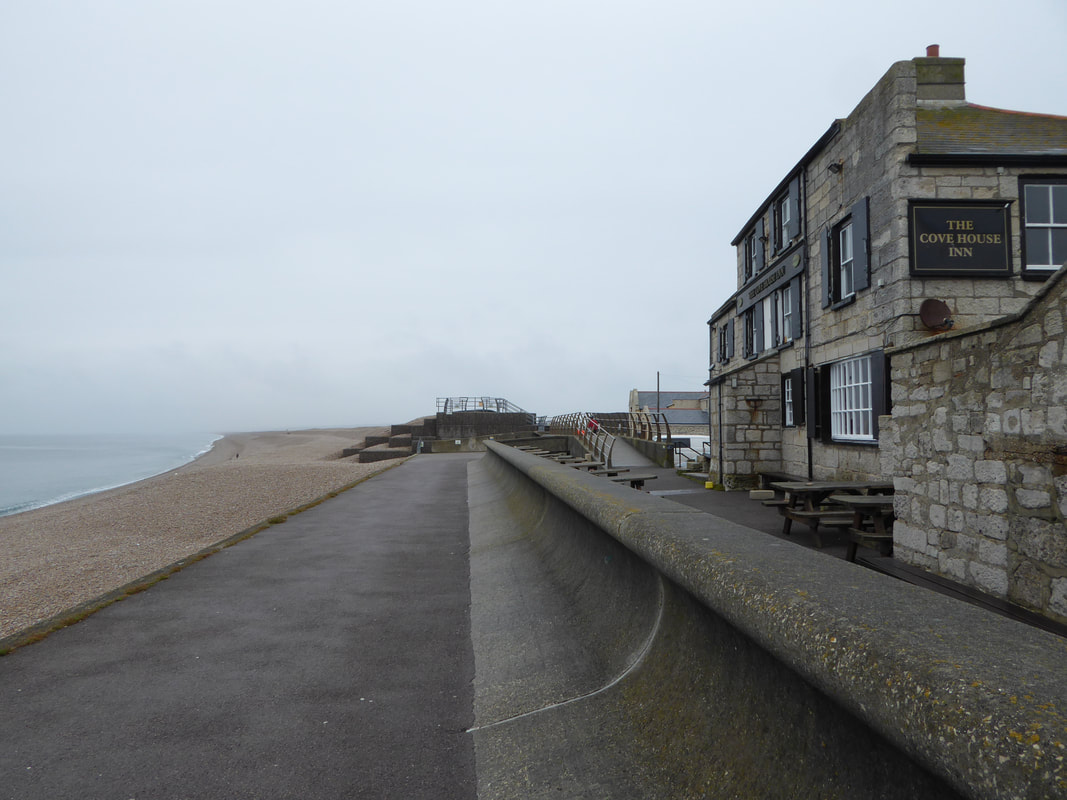 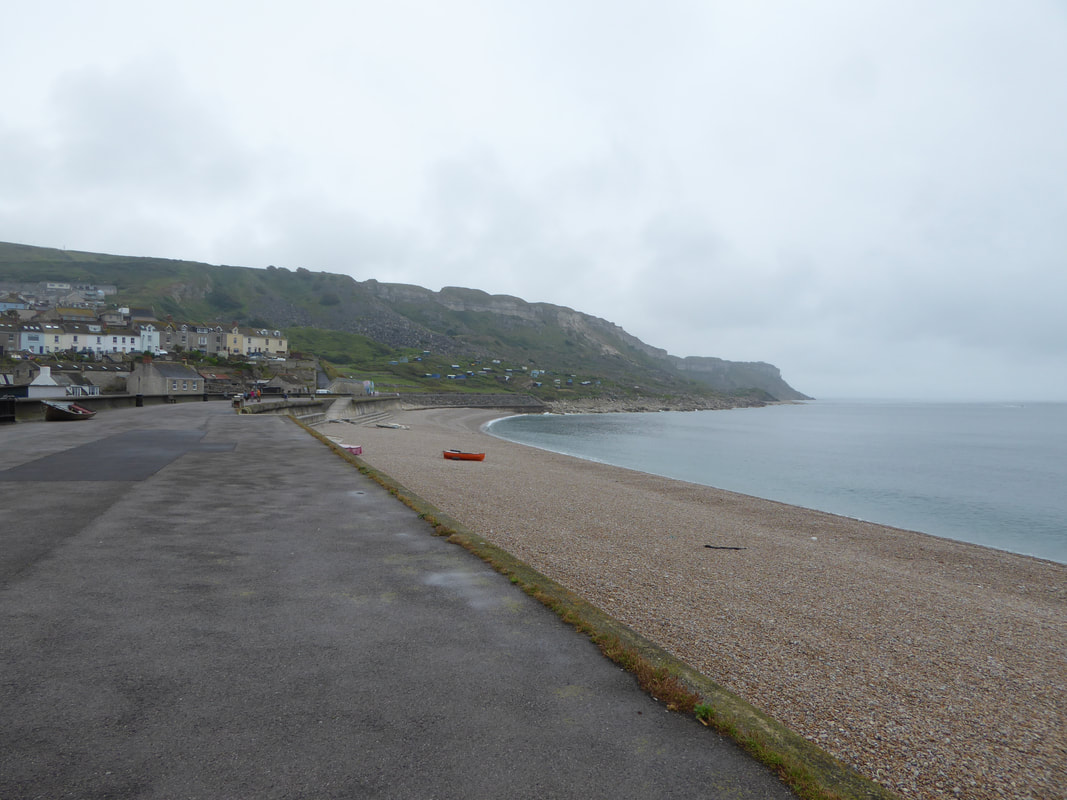 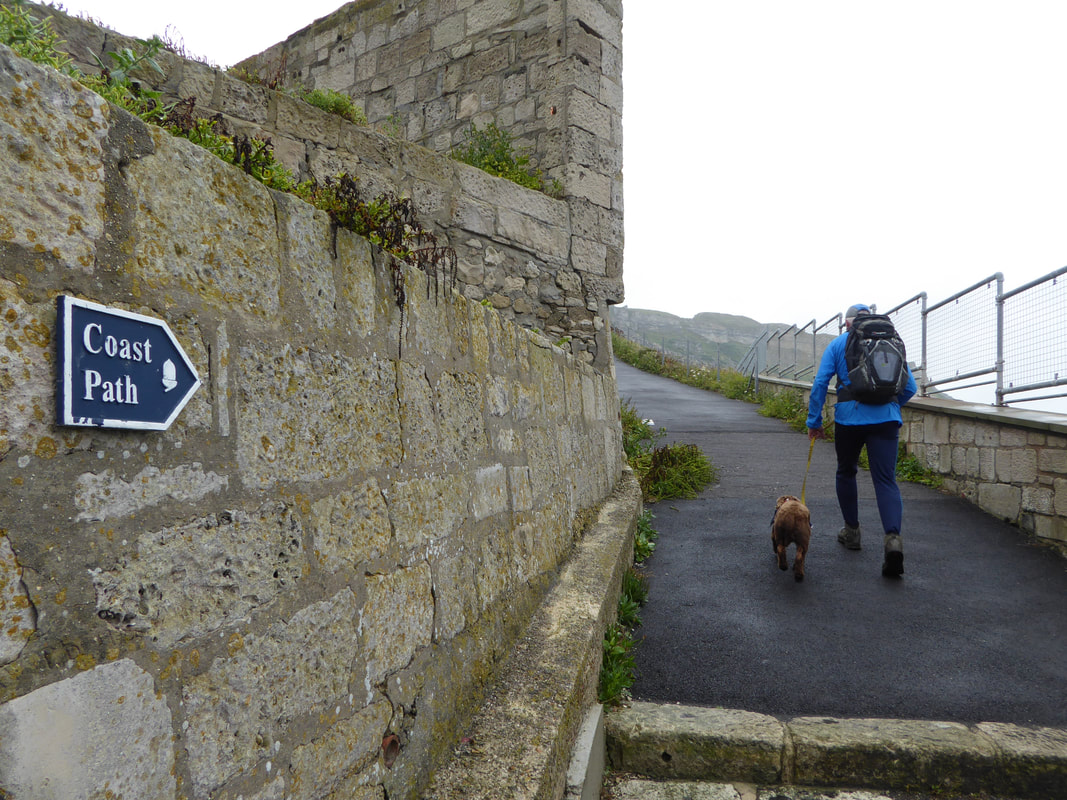 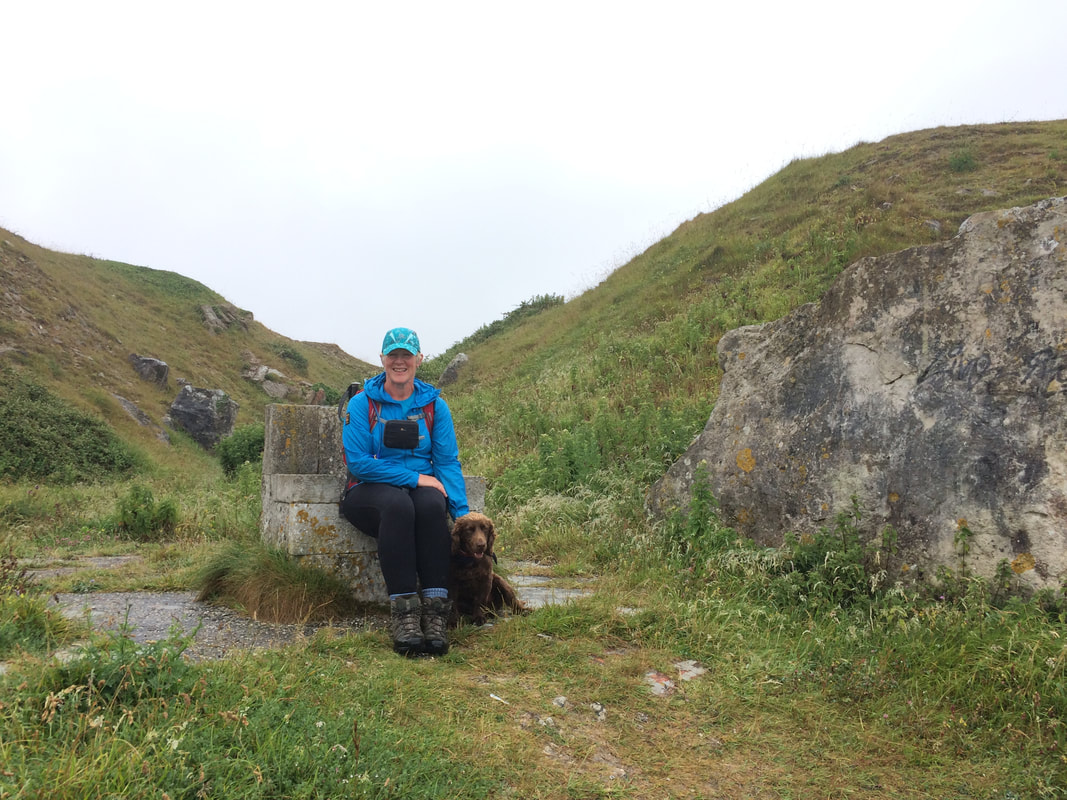 A quick 5 minute rest near The Sculpture Park 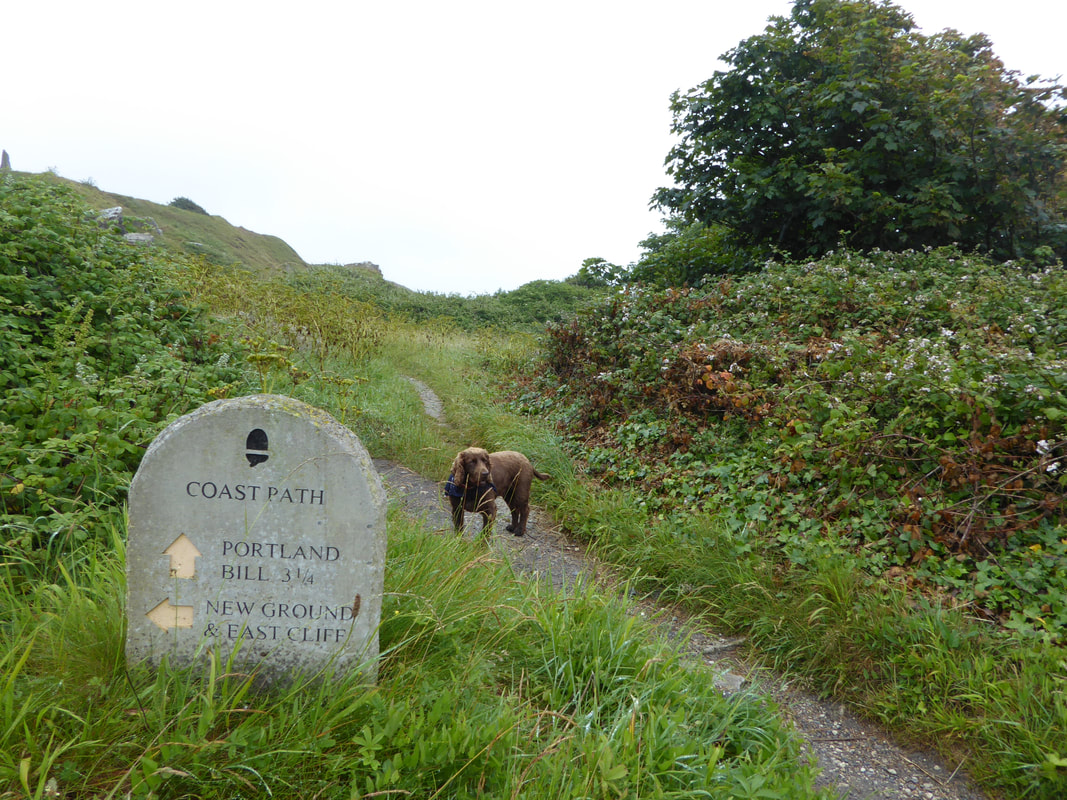 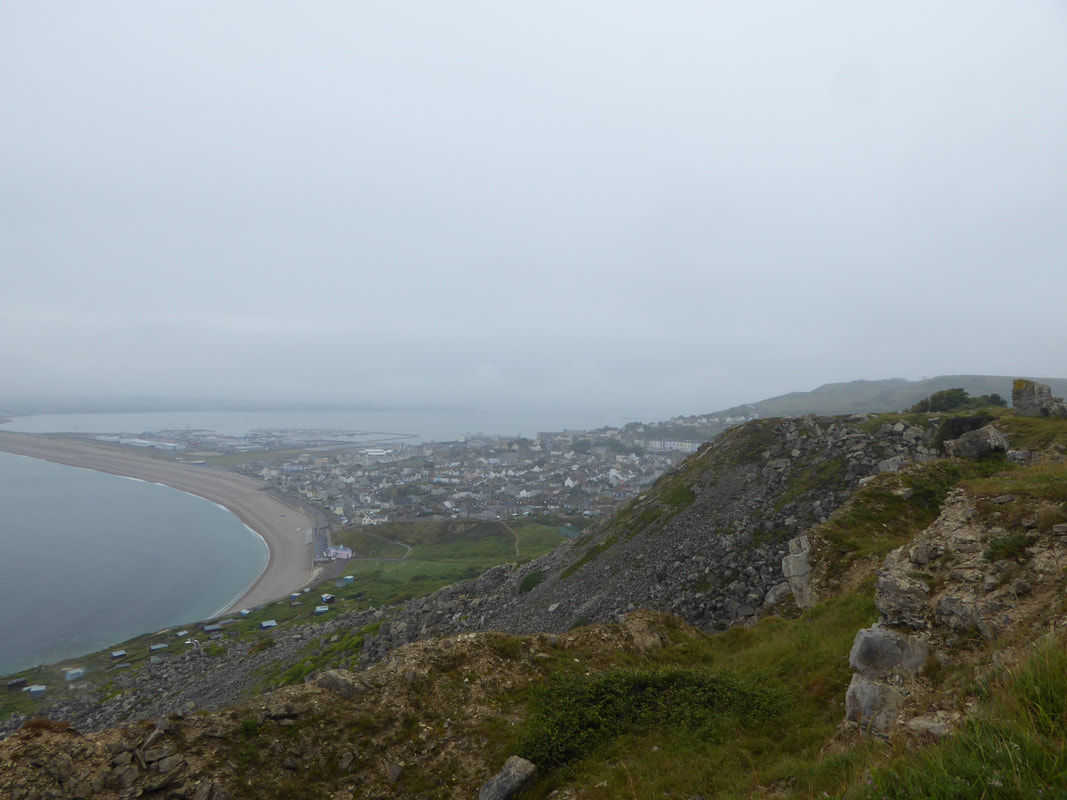 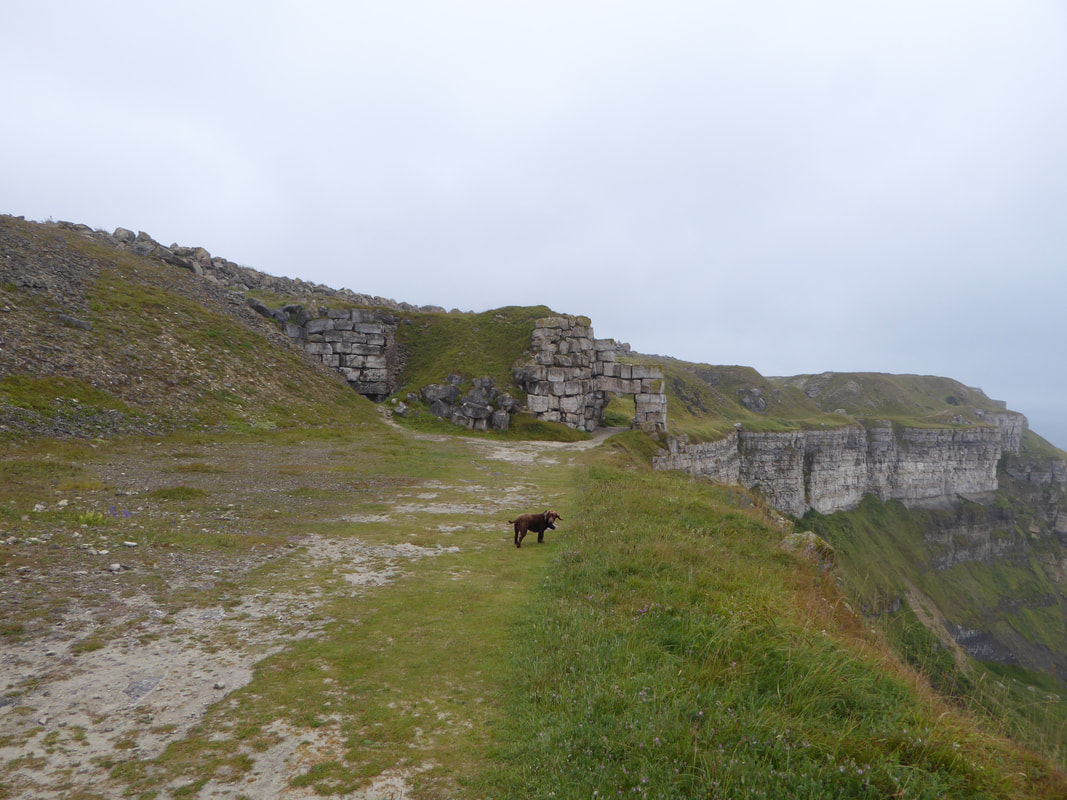 Heading for the stone arch on West Cliff 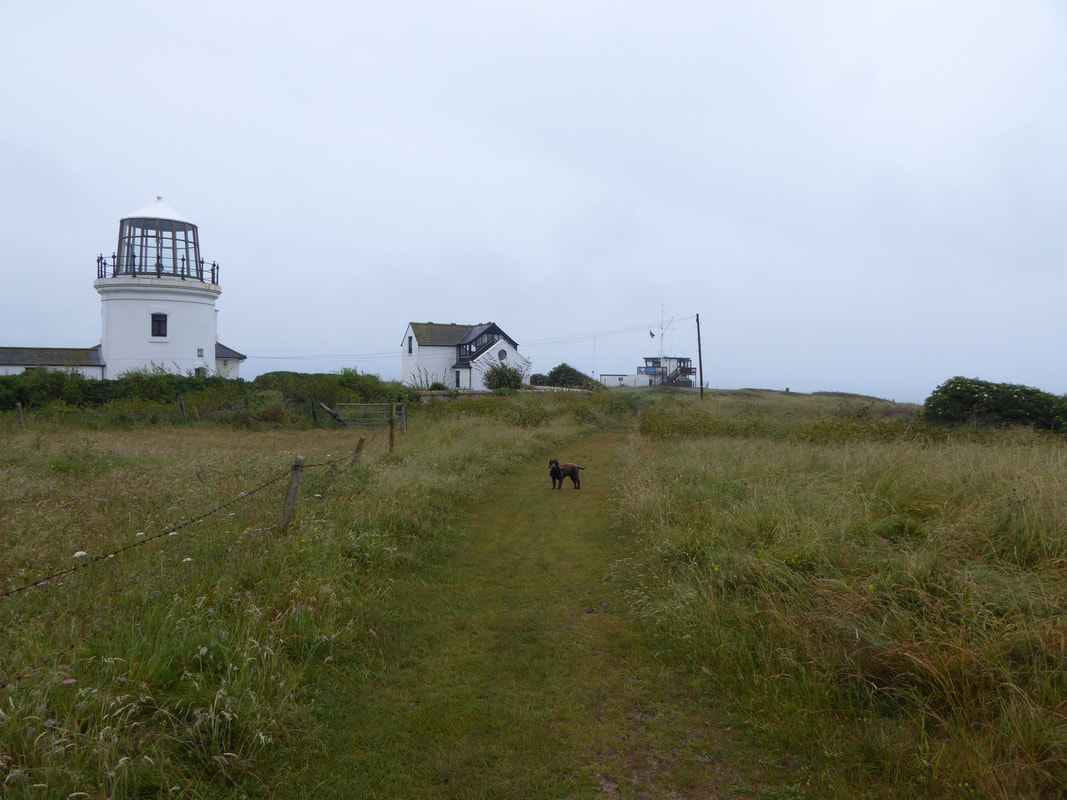 The Old (Higher) Lighthouse near the Bill of Portland 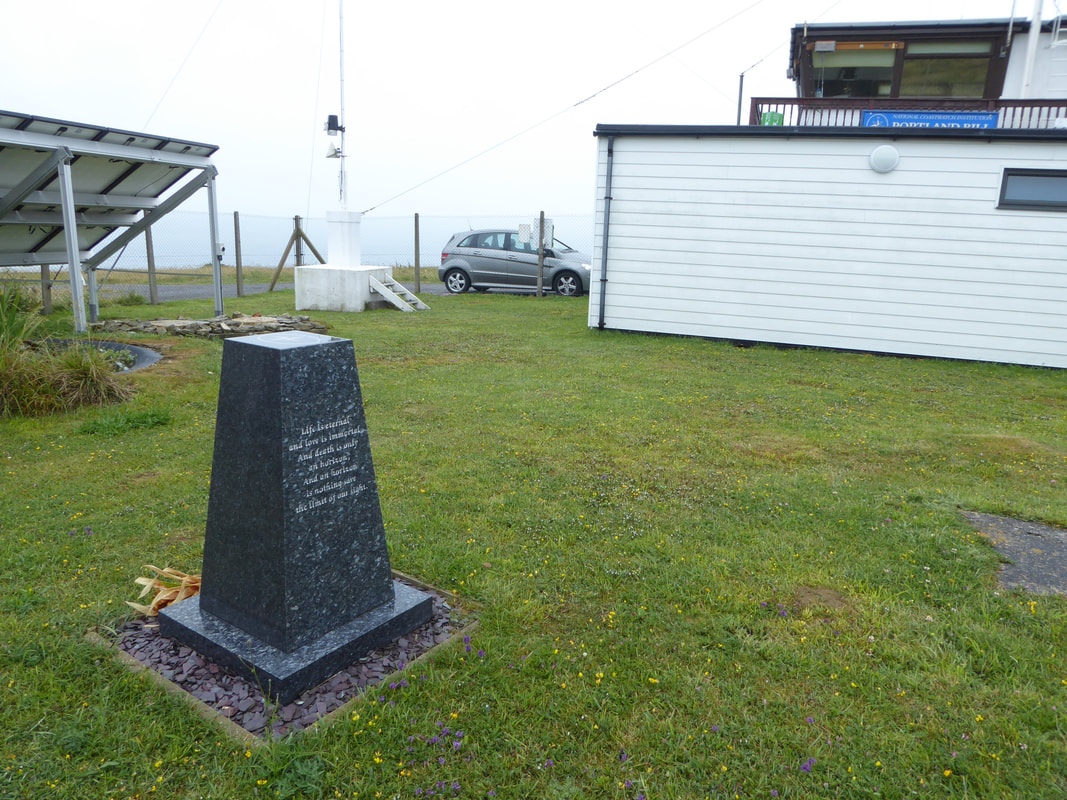 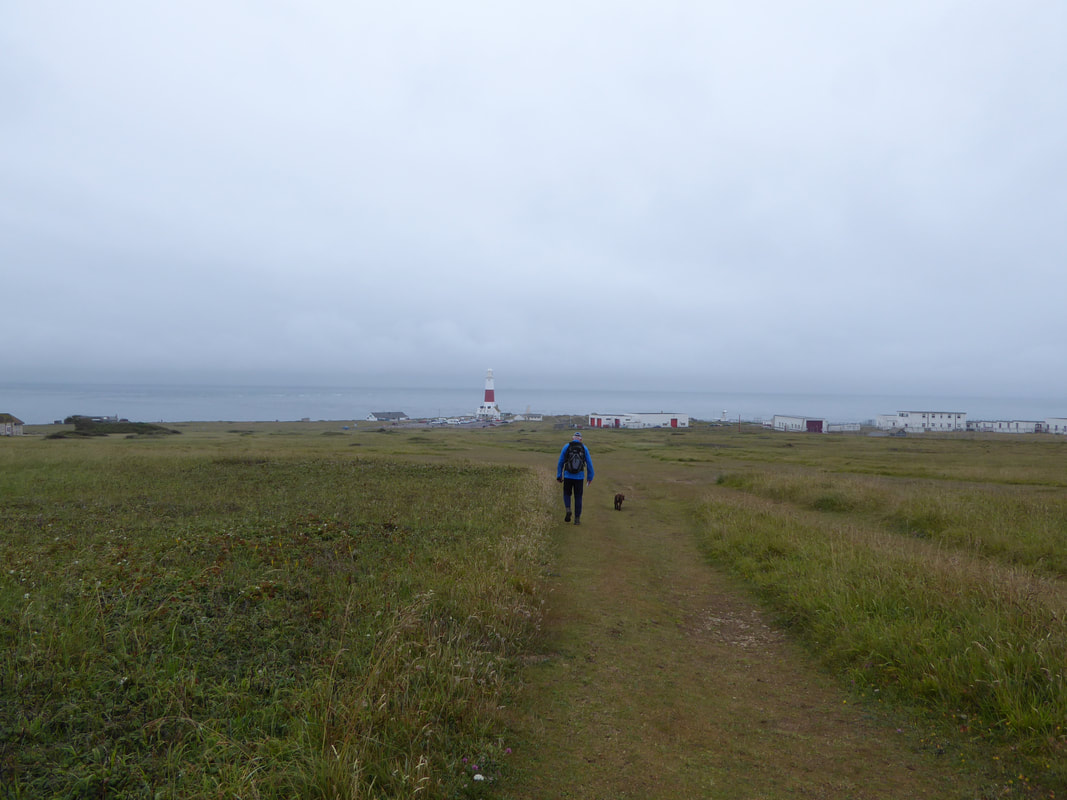 Heading down the slope to Portland Bill 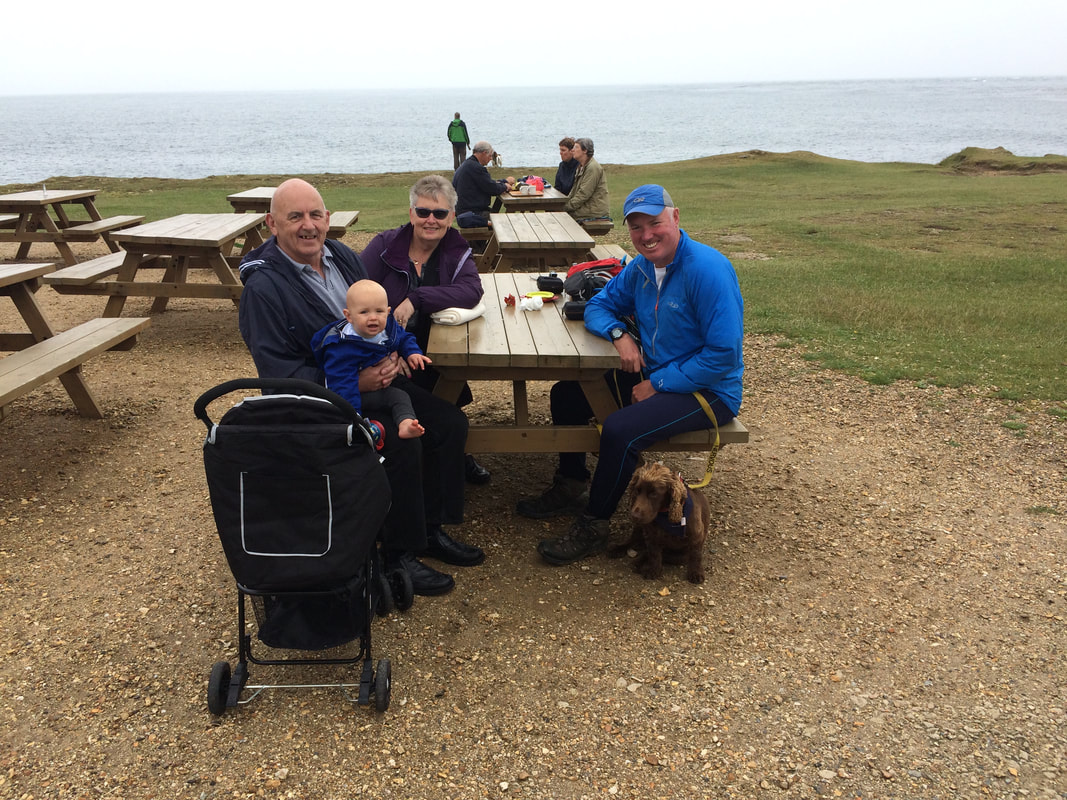 Meeting Maria and her family at Portland Bill 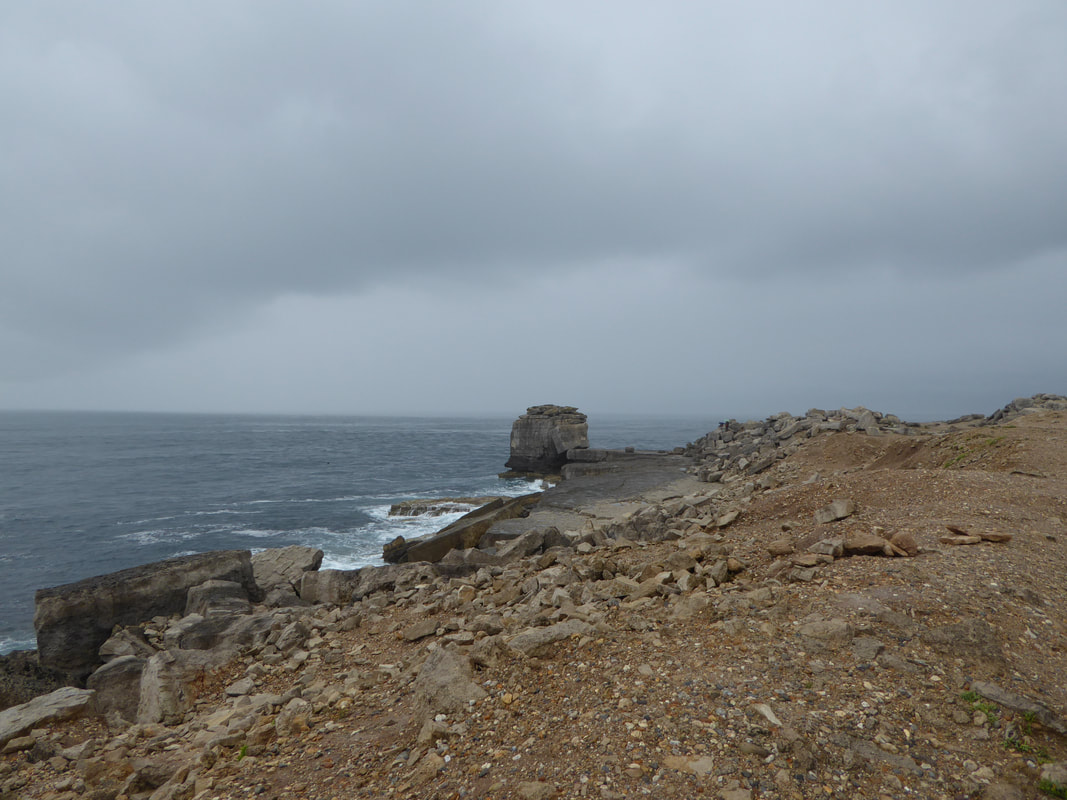 Pulpit Rock near Portland Bill.  The rock was designed with religious connections; the large slab leaning against the main stack depicted an open bible leaning on a pulpit - it has since fallen and now lies on the ground next to the rock. 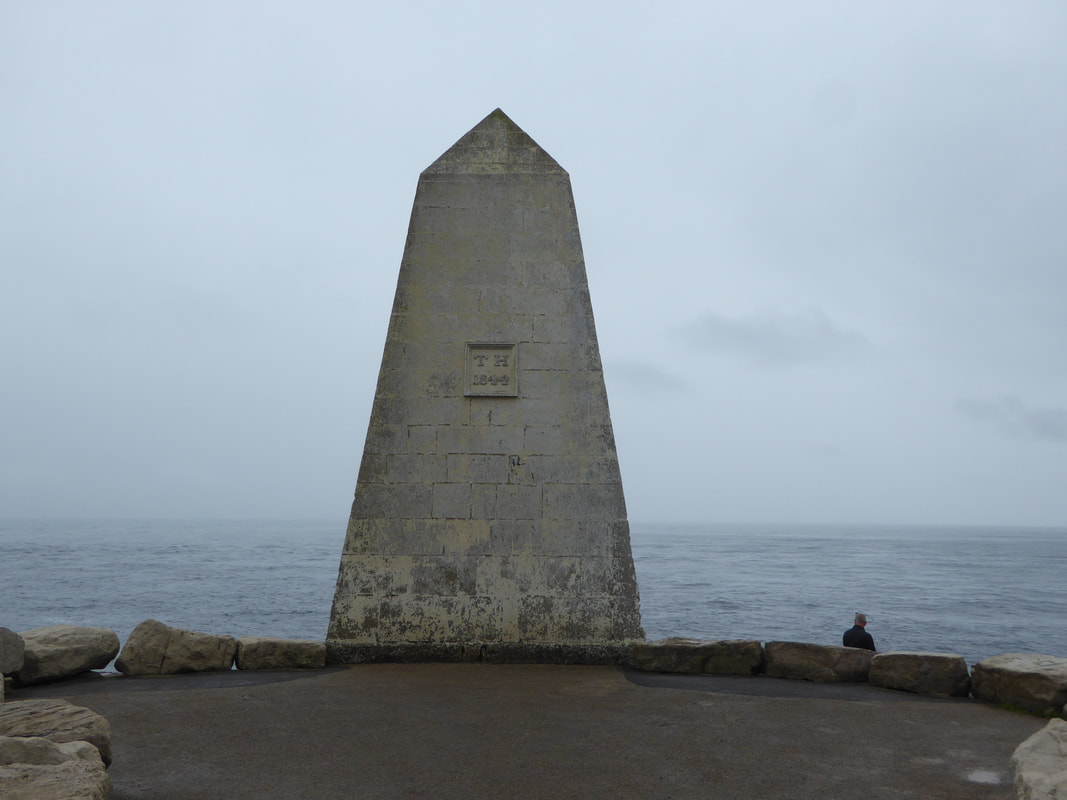 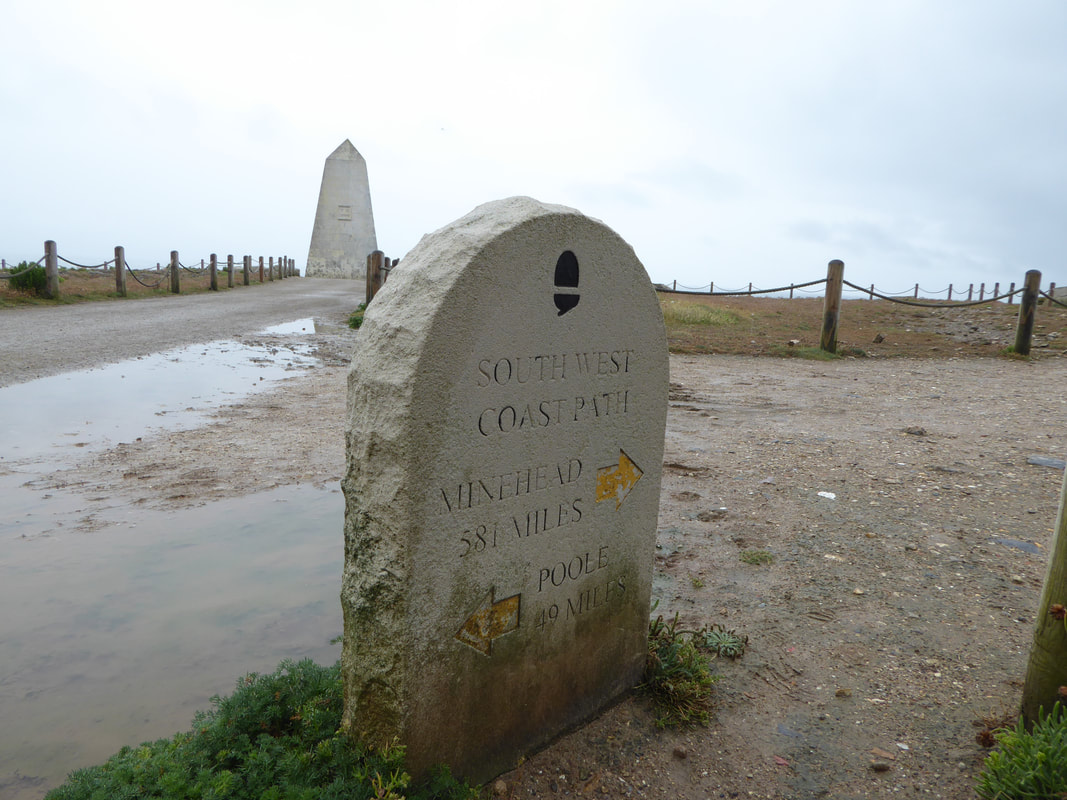 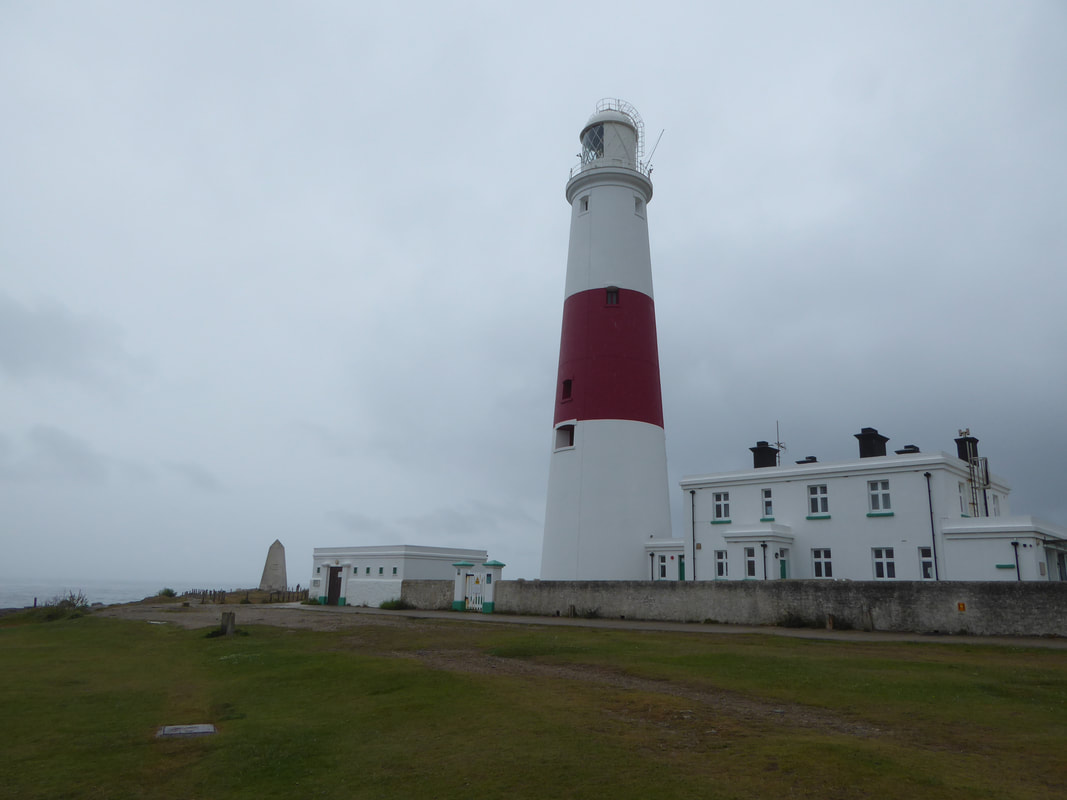 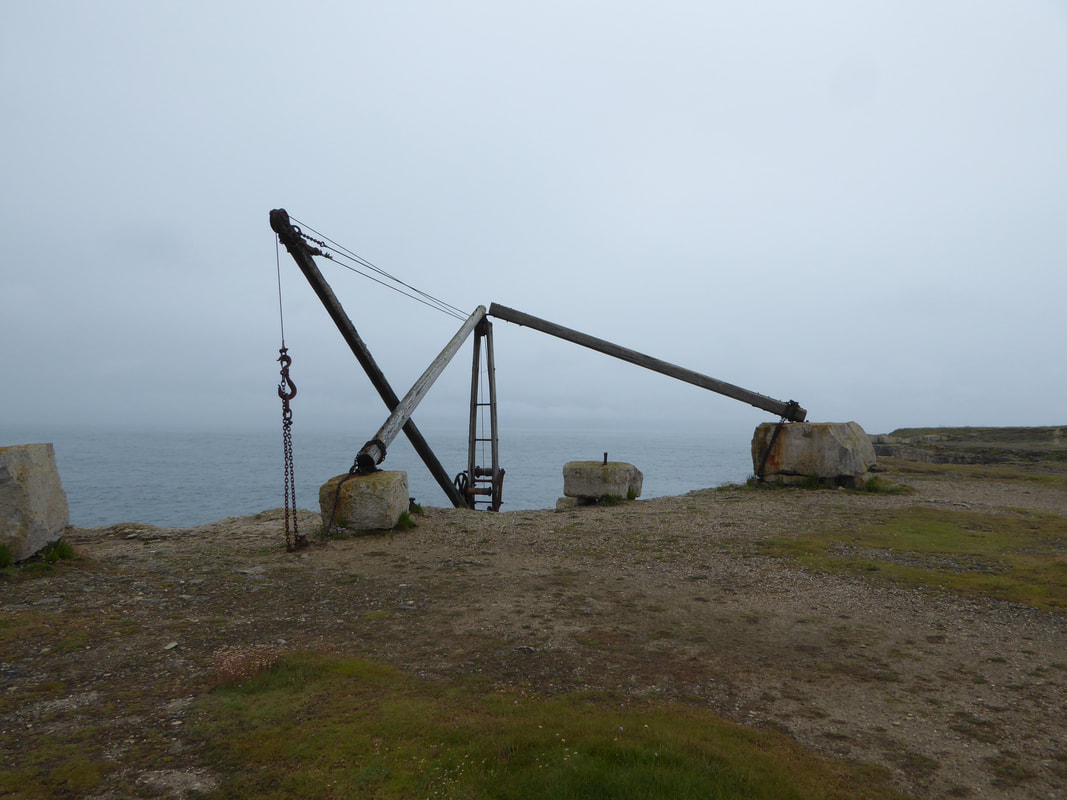 A Fisherman's Crane on Portland Bill 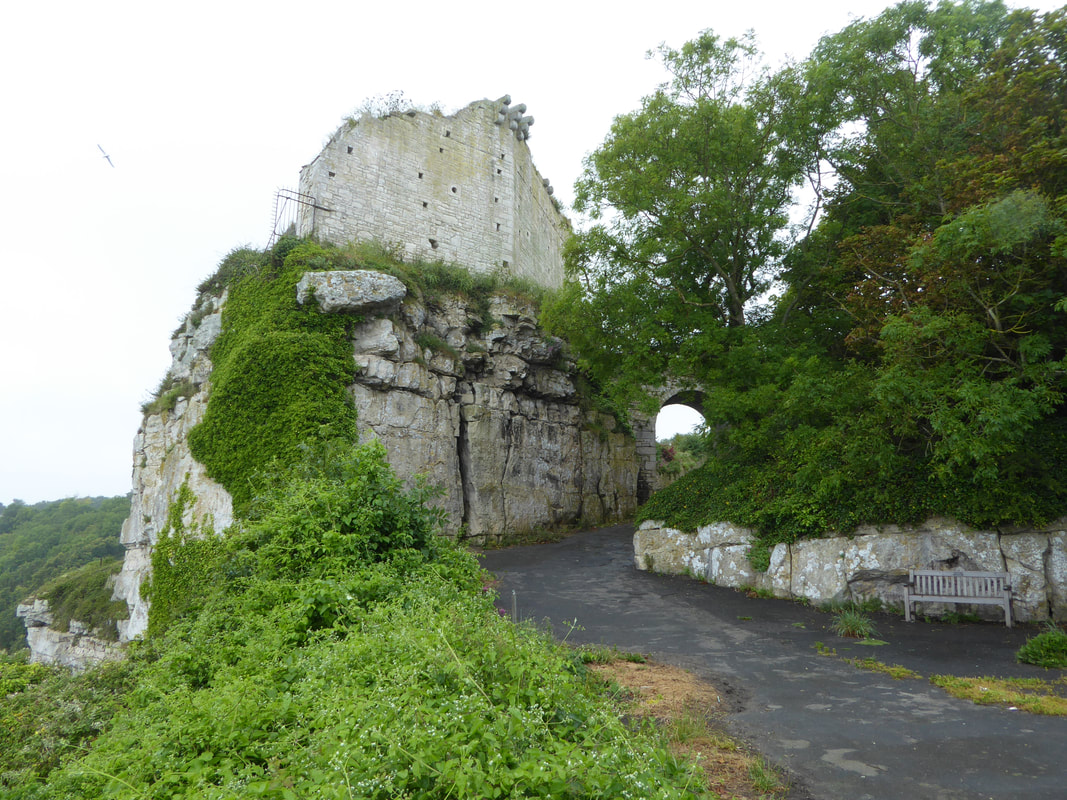 The remains of Rufus Castle 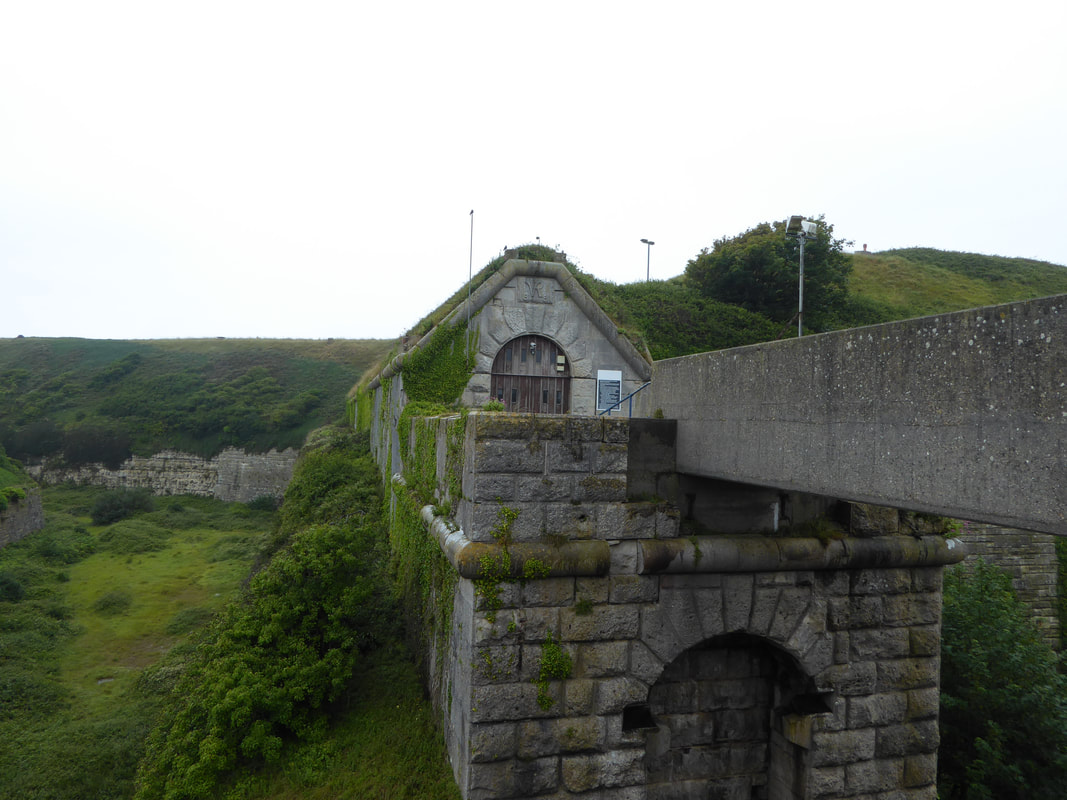 The southern side entrance to HM Prison The Verne 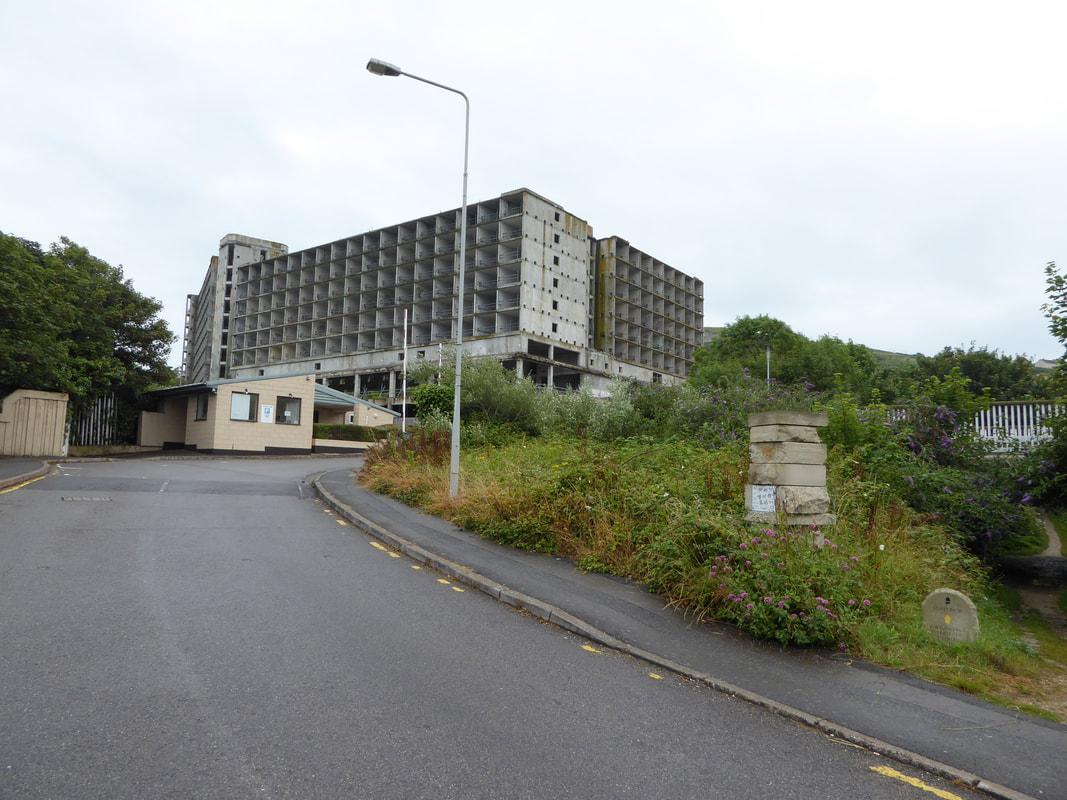 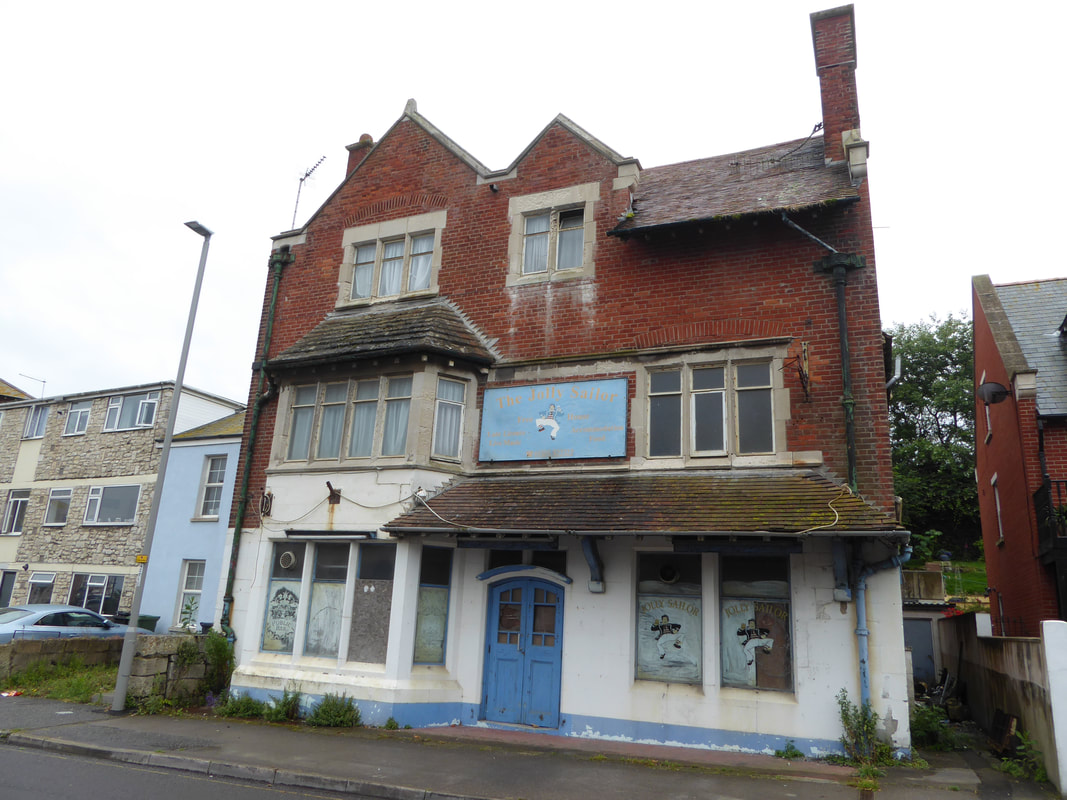 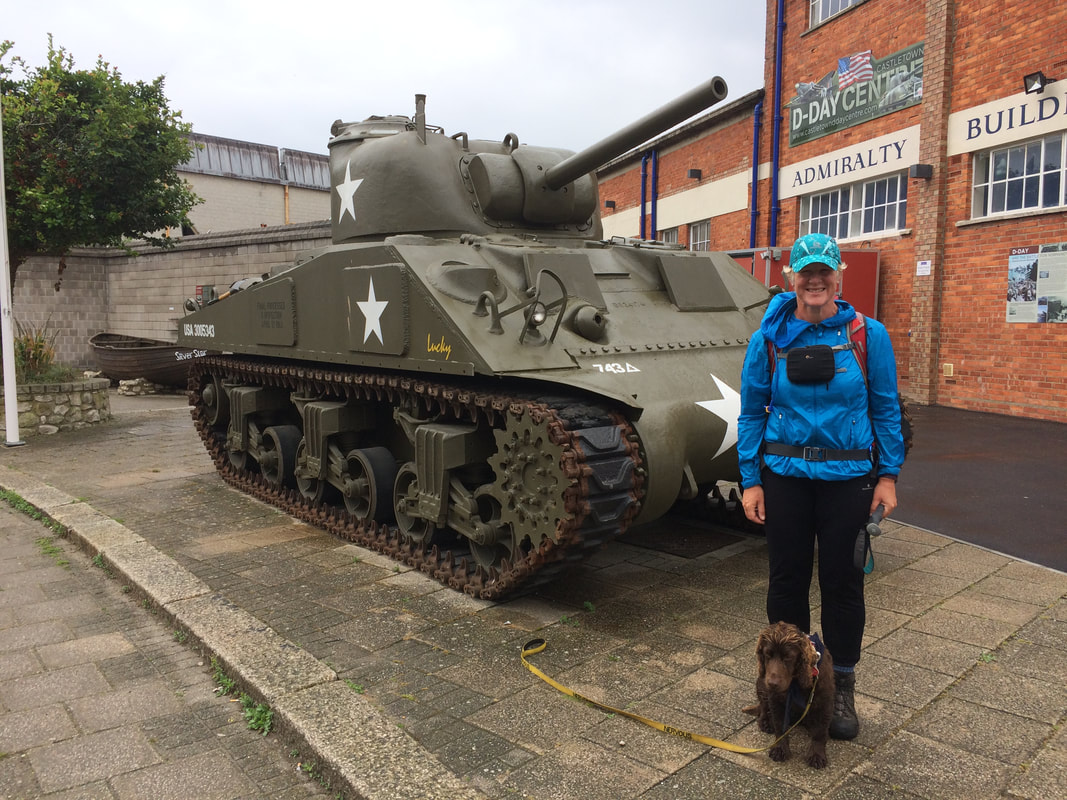 Obviously expecting a bit of bother in Portland
Overnight Accommodation

With relatives in Bridport​
Day 51 Data