Most of the outward walk to Ravenscar follows the Cinder Track of the old Scarborough & Whitby Railway. The return from Ravenscar is via The Cleveland Way on a good coastal path.

Dave, Angie & Fudge
​
​If the above GPX file fails to download or presents itself as an XML file once downloaded then please feel free to contact me and I will send you the GPX file via e-mail.  ​​ 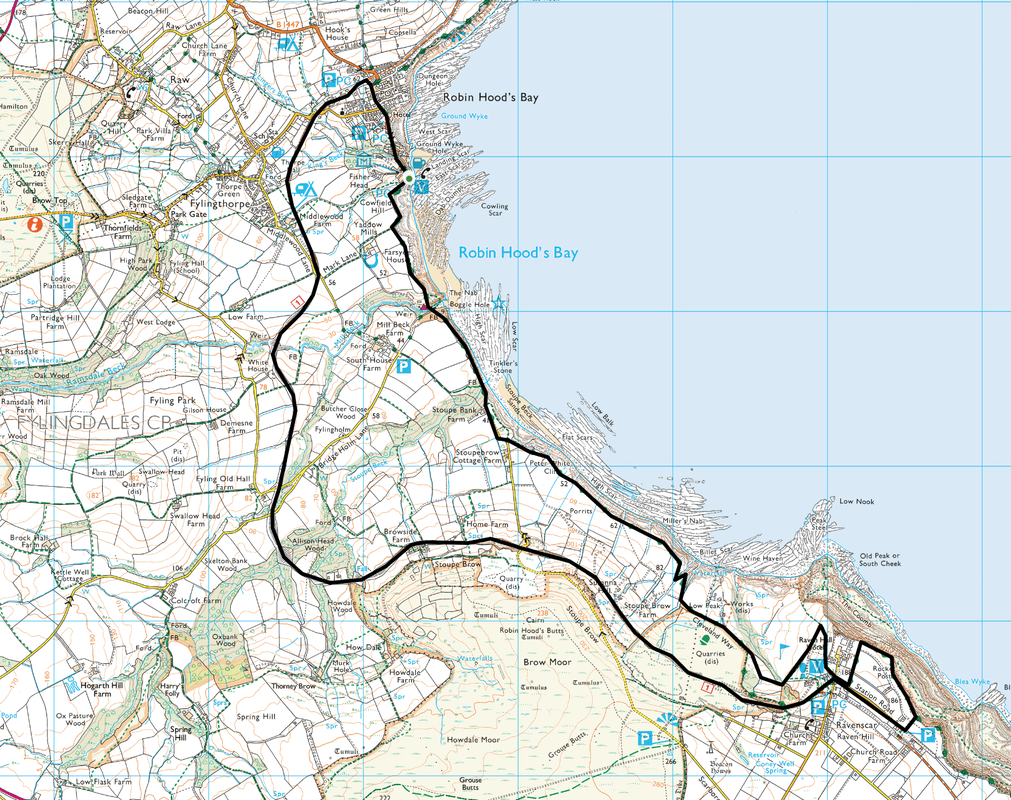 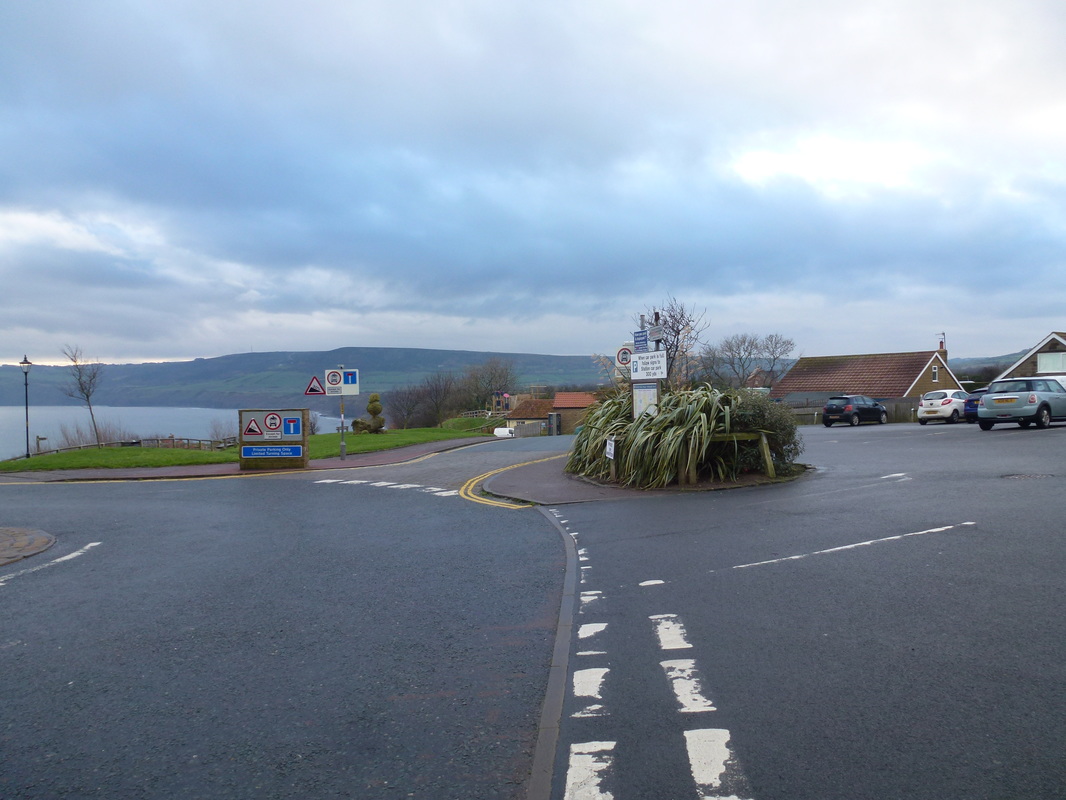 The walk starts from Bank Top Car Park which is opposite The Victoria Hotel.
If the Station Car Park is preferred then this route passes it shortly after commencement of the walk. 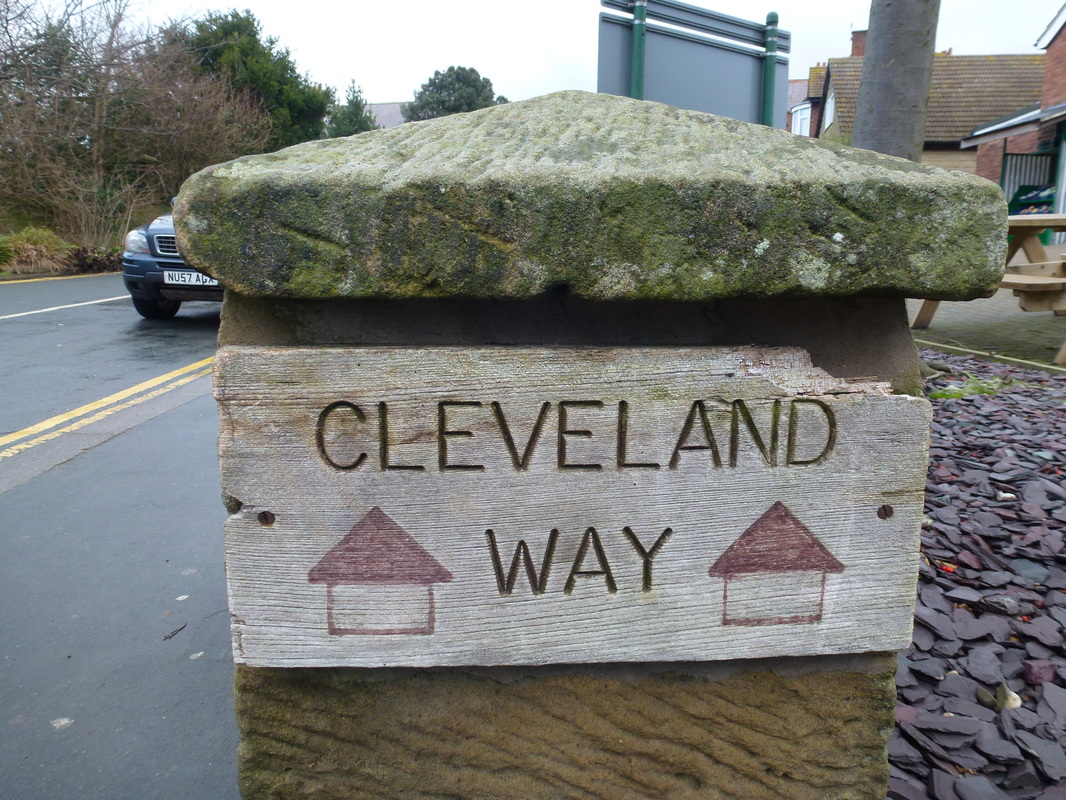 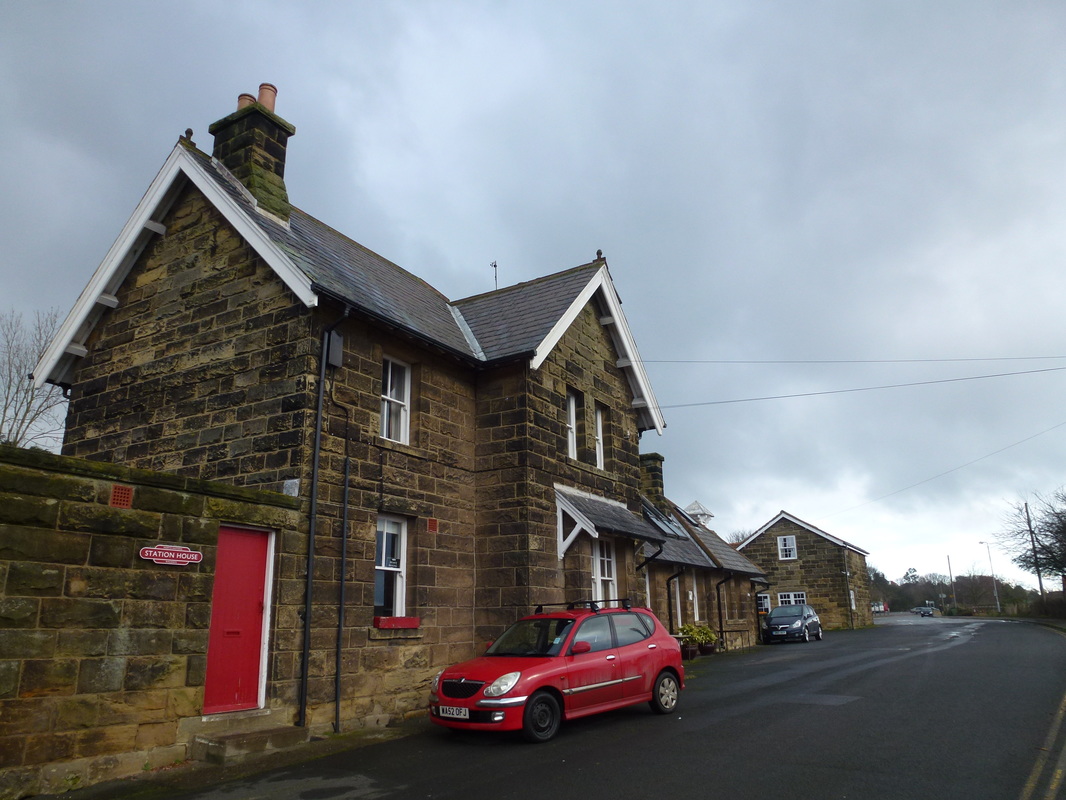 The old Railway Station at Robin Hood's Bay.
The village station formed part of the Scarborough to Whitby line and finally closed in 1965. The station is now holiday accommodation. 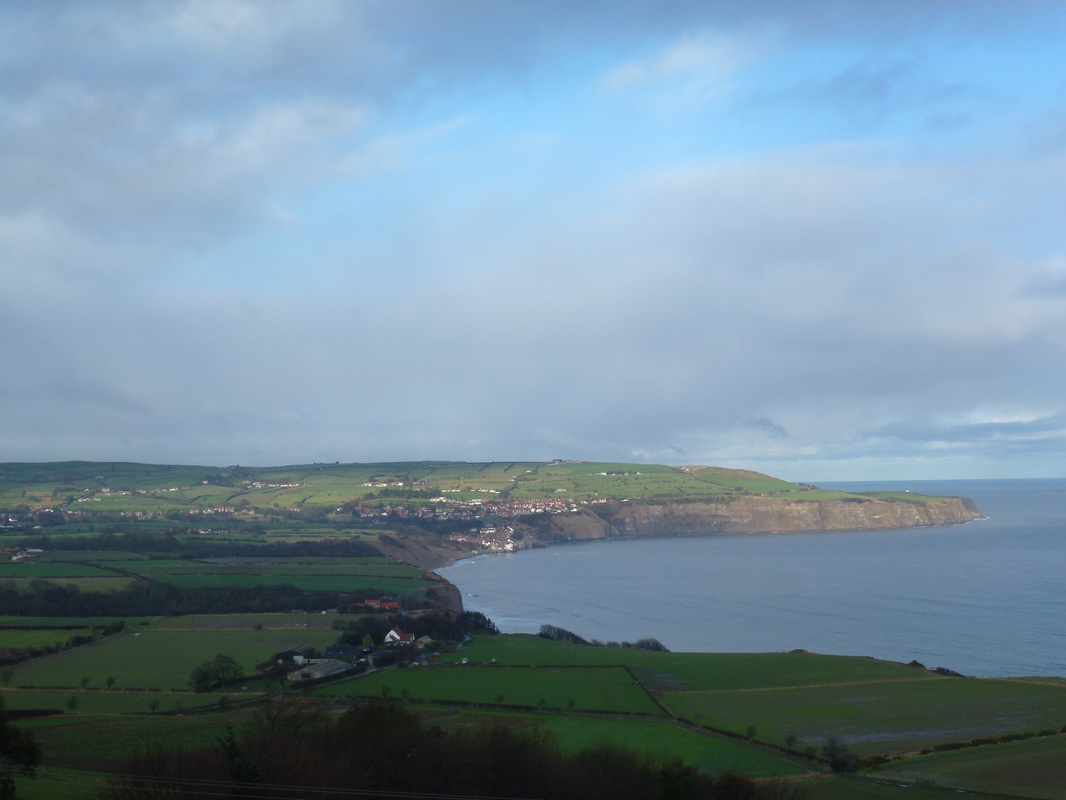 Looking back to Robin Hood's Bay from the Cinder Track near Ravenscar.
The lack of photographs on the outward leg of the walk was due to the fact that the old railway line route was featureless. 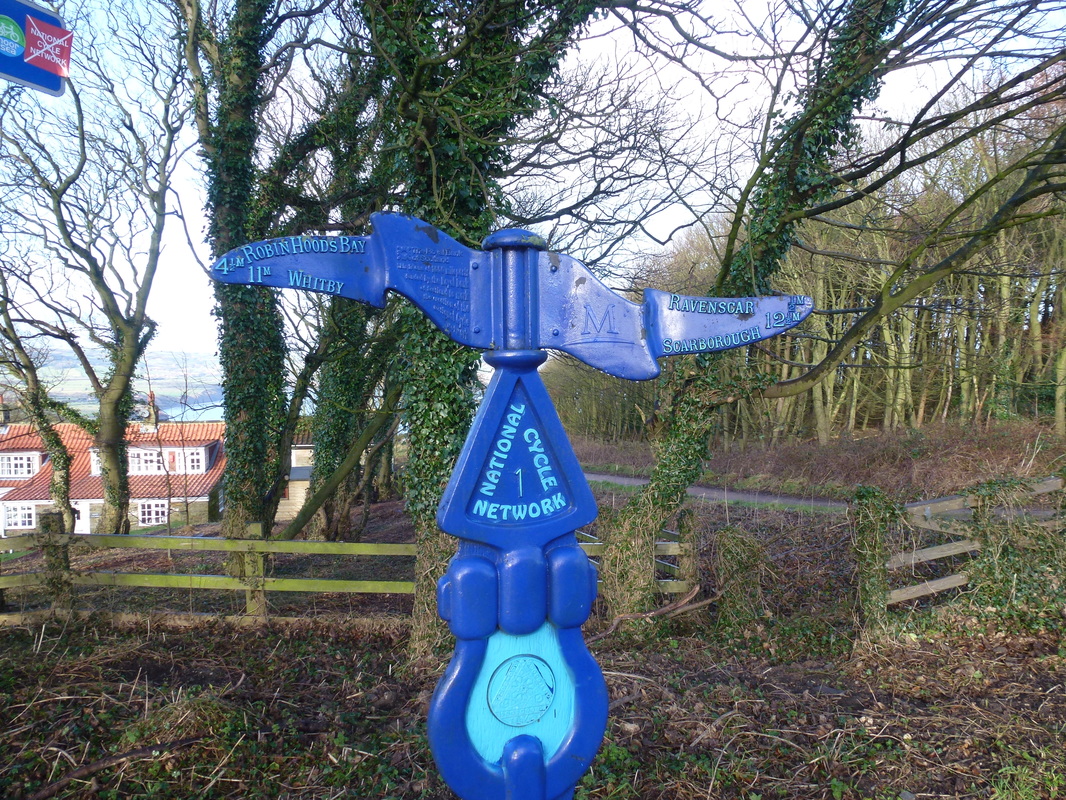 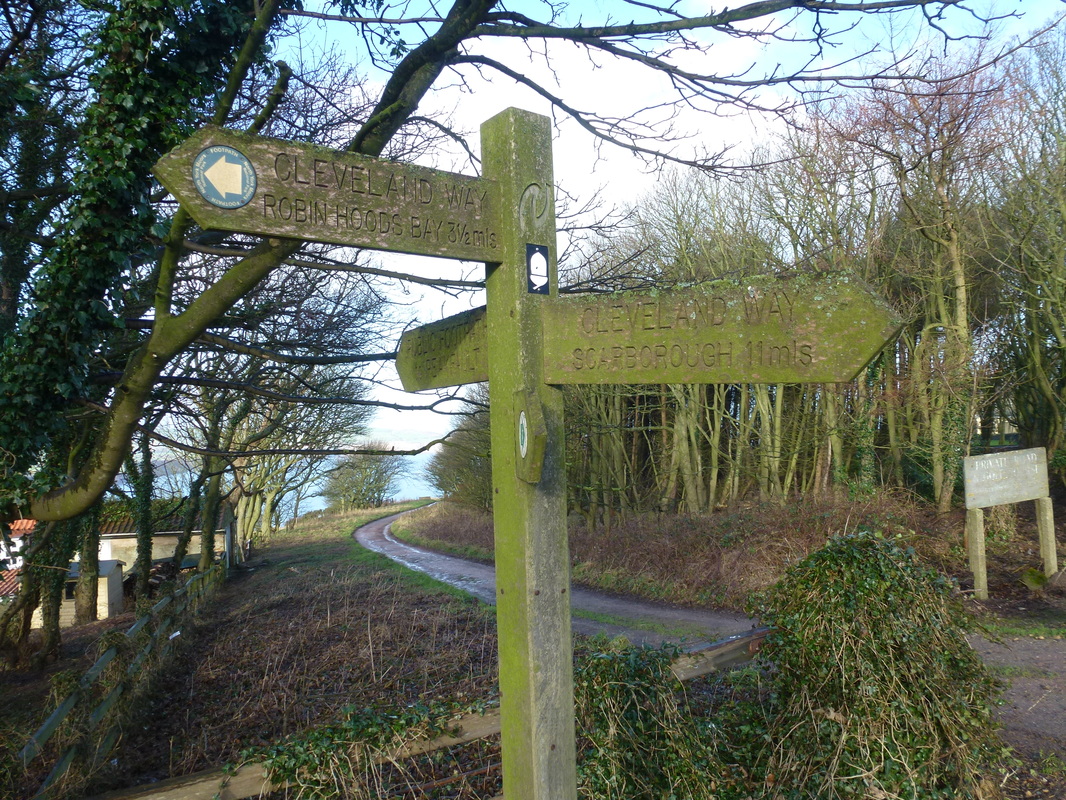 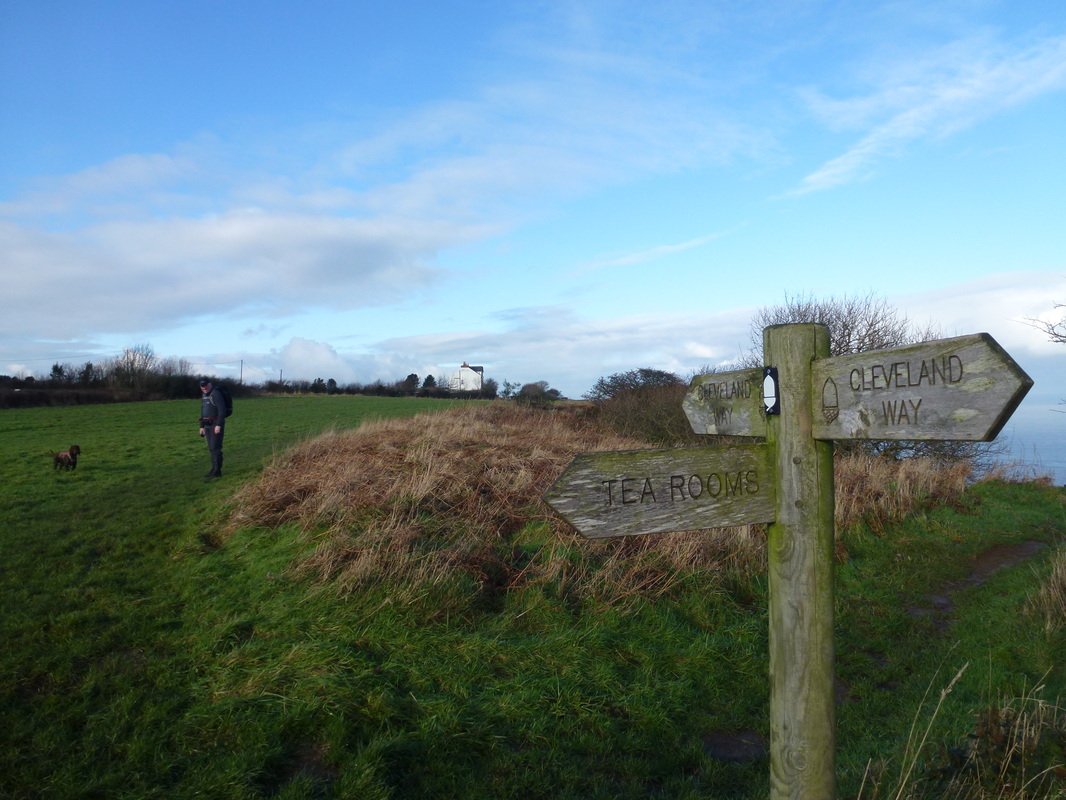 Liar, liar pants on fire - they were shut!! 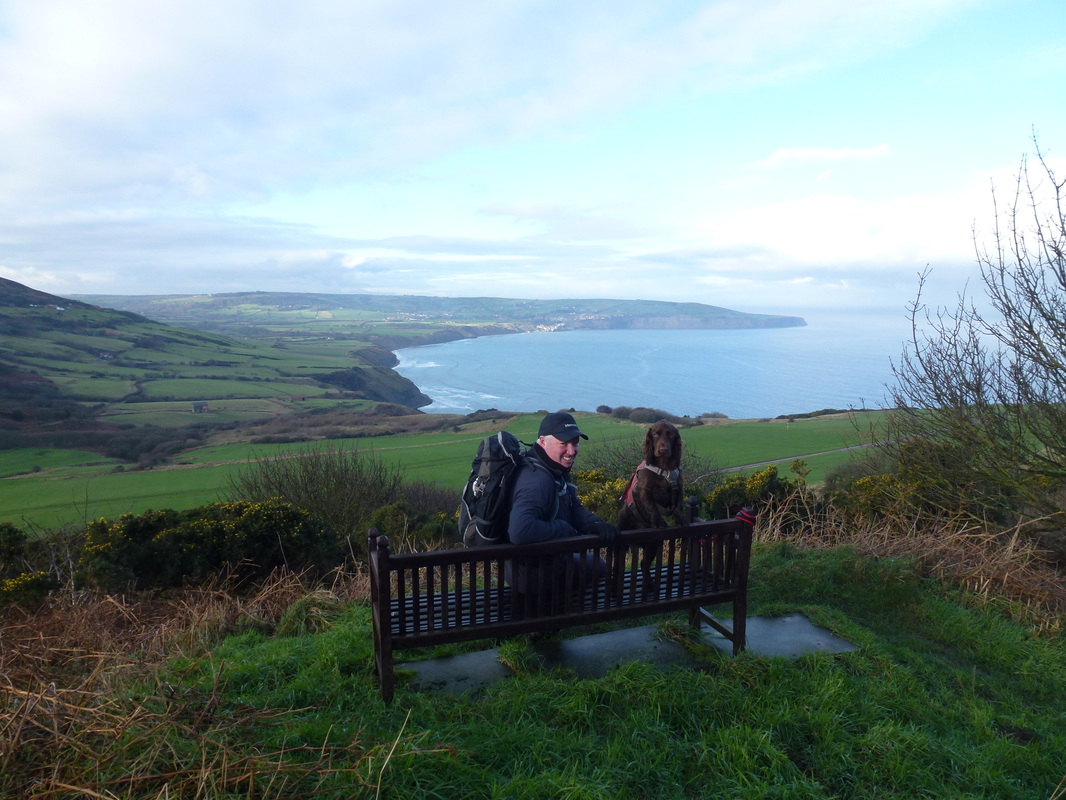 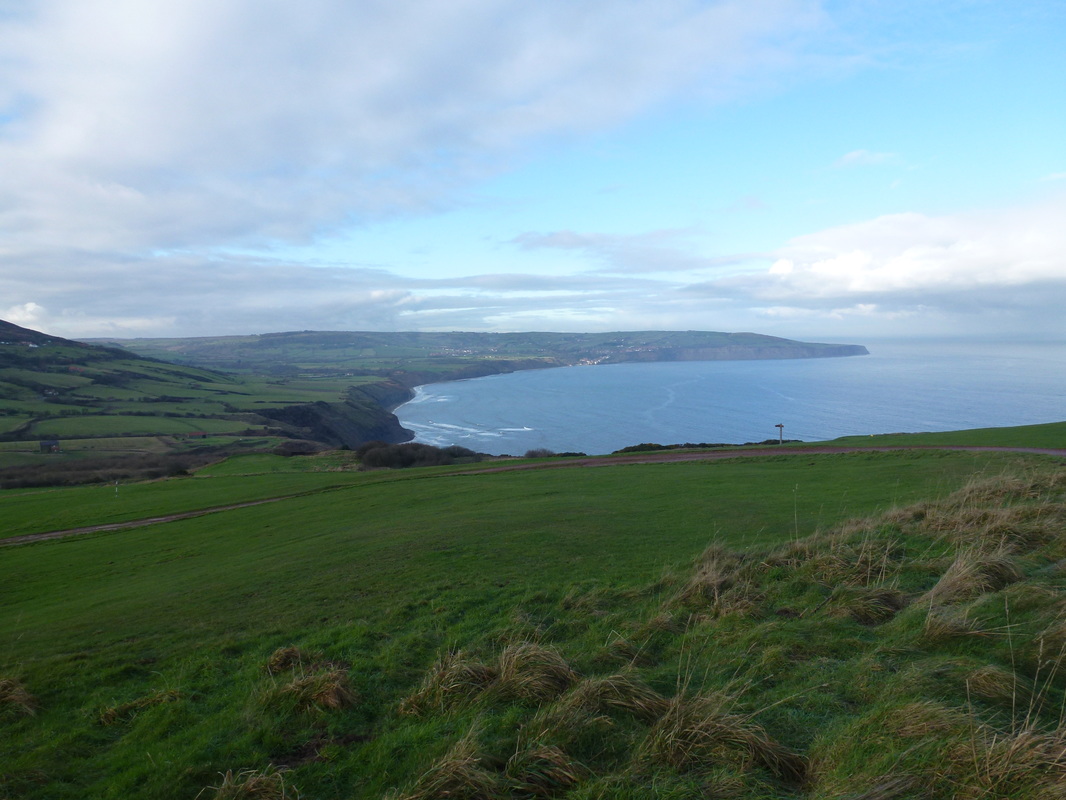 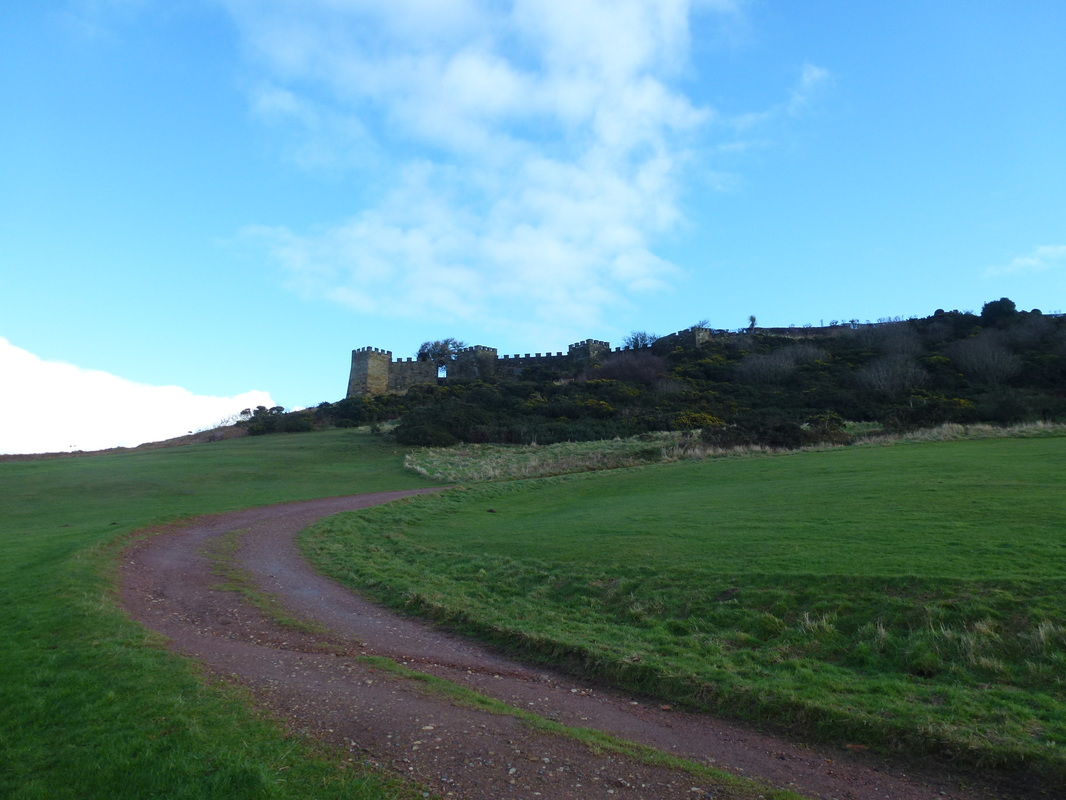 The Raven Hall Hotel
Raven Hall was originally built by Captain William Childs of London. A Captain in the King's Regiment of Light Dragoons, he first came to Yorkshire with the army. In 1763 Captain Childs became the owner of the Alum Works at Ravenscar and it is assumed that it is this commercial interest, combined with the breath-taking beauty of the area which led him to build his family holiday home here. 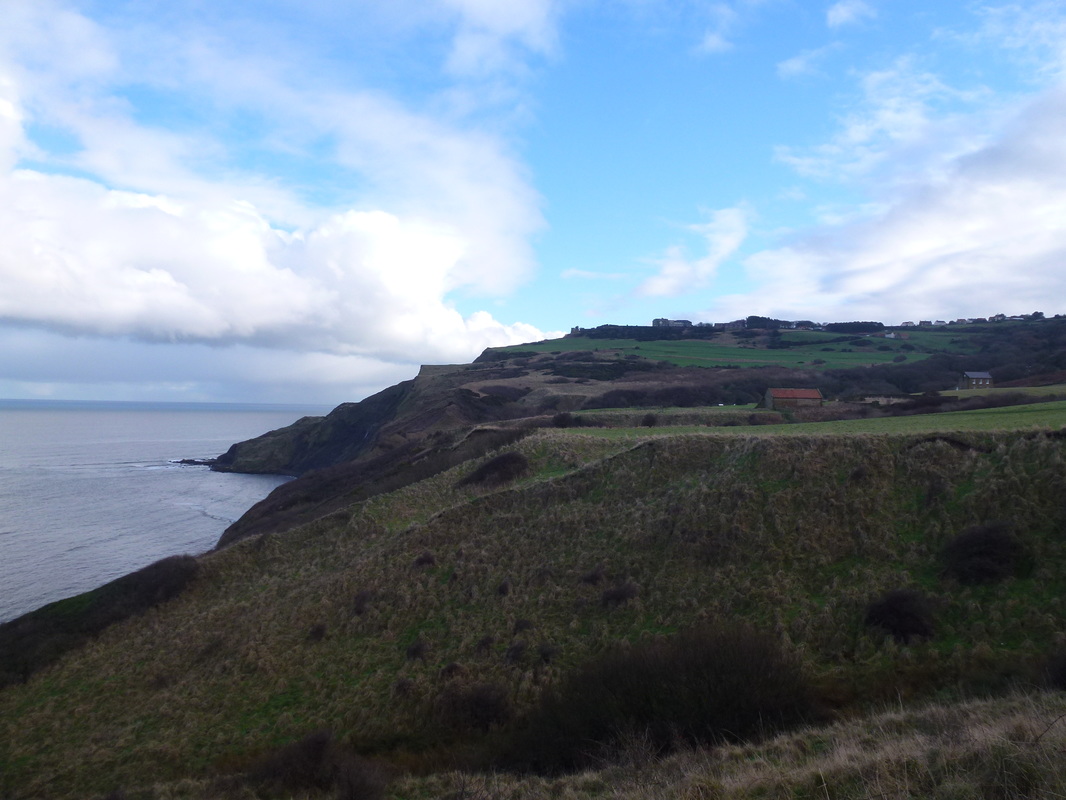 Looking back to Ravenscar from The Cleveland Way 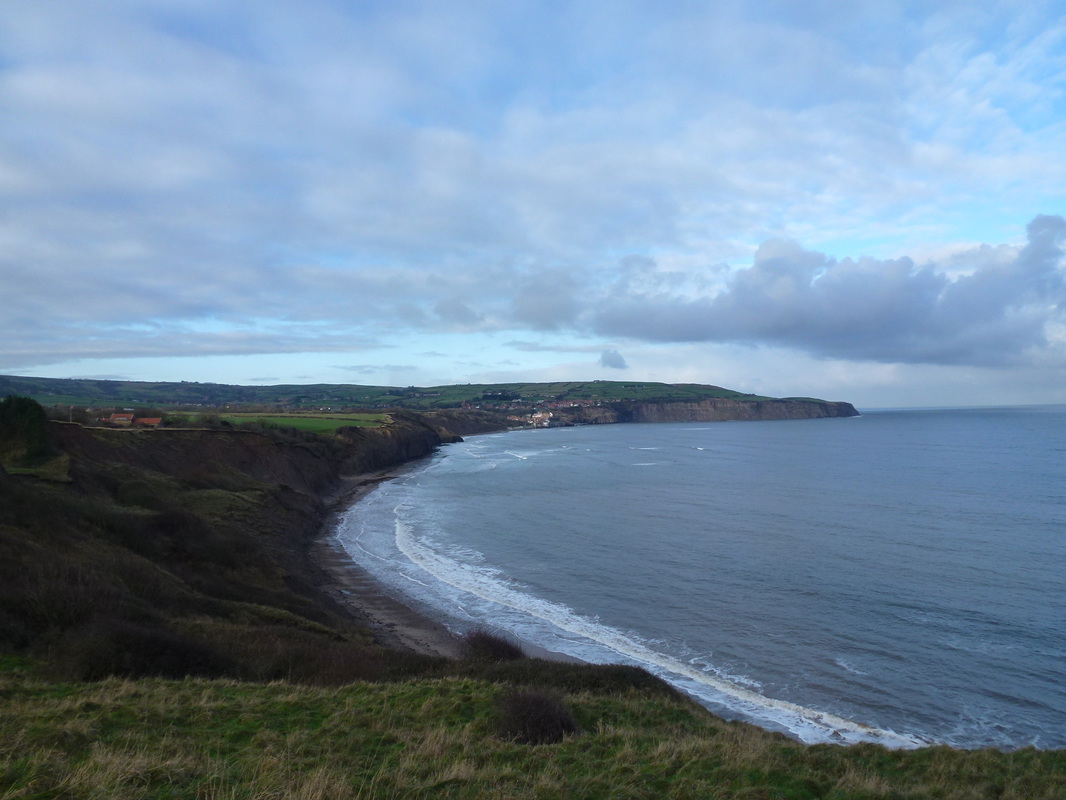 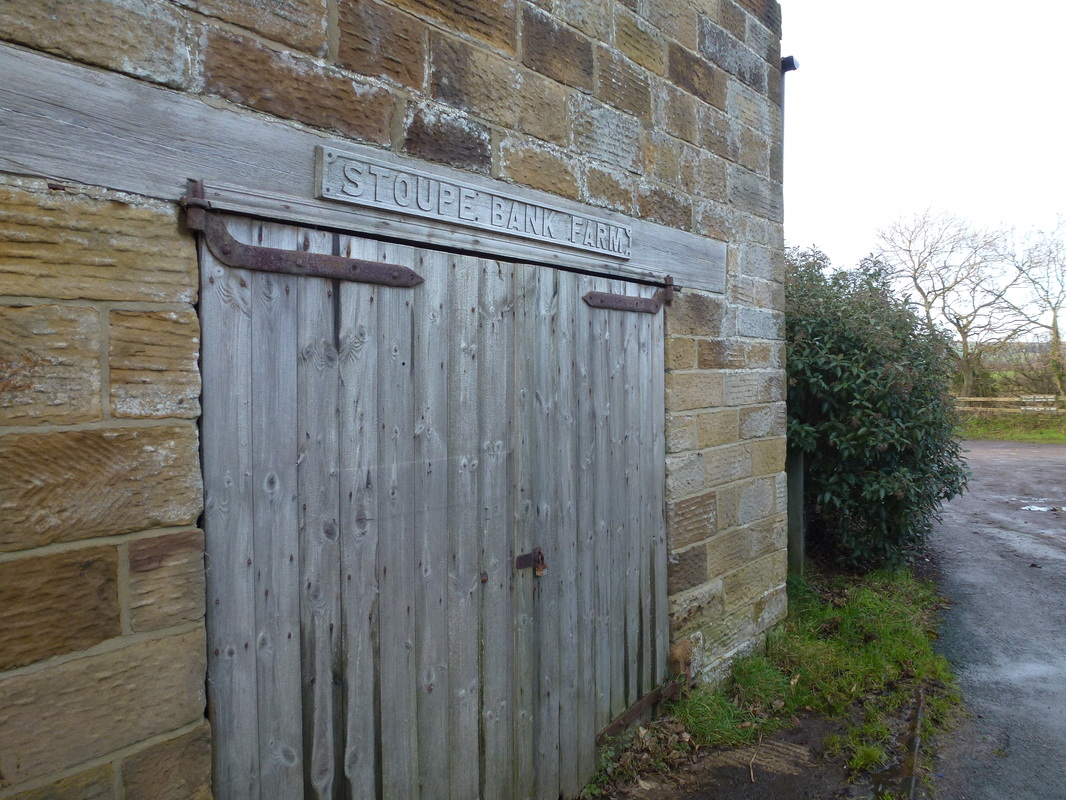 Passing the farm at Stoupe Bank 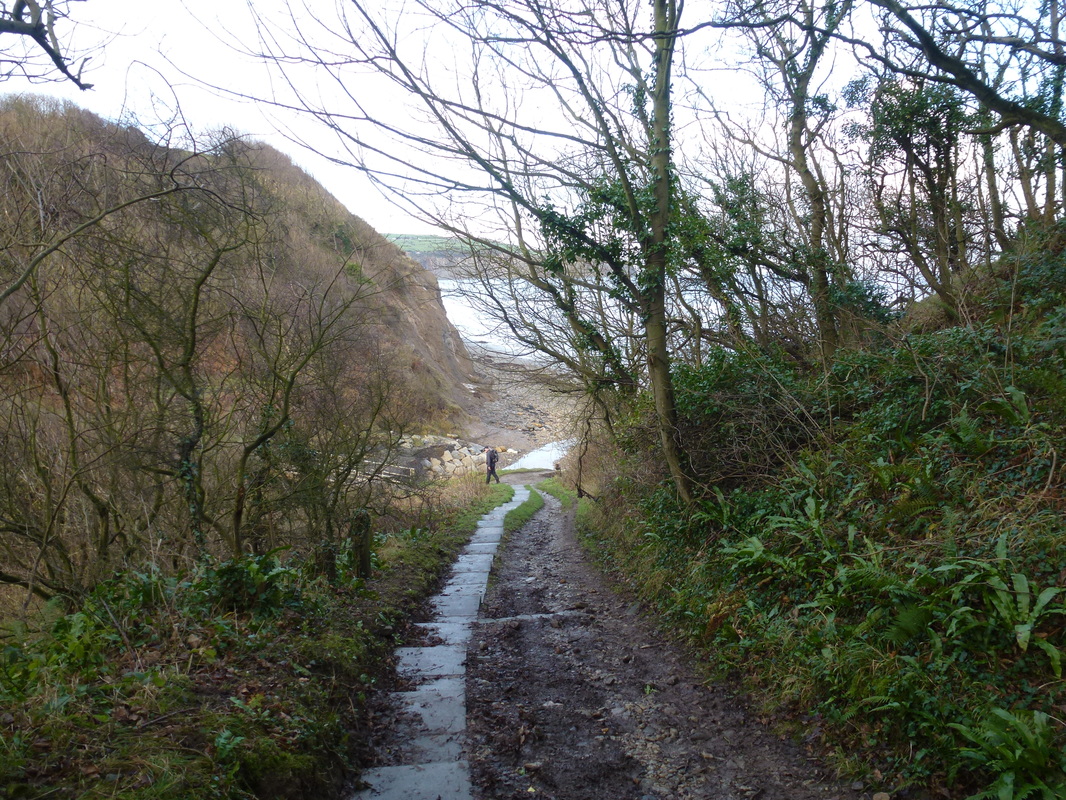 Dropping down to Boggle Hole - hopefully the Cafe will be open 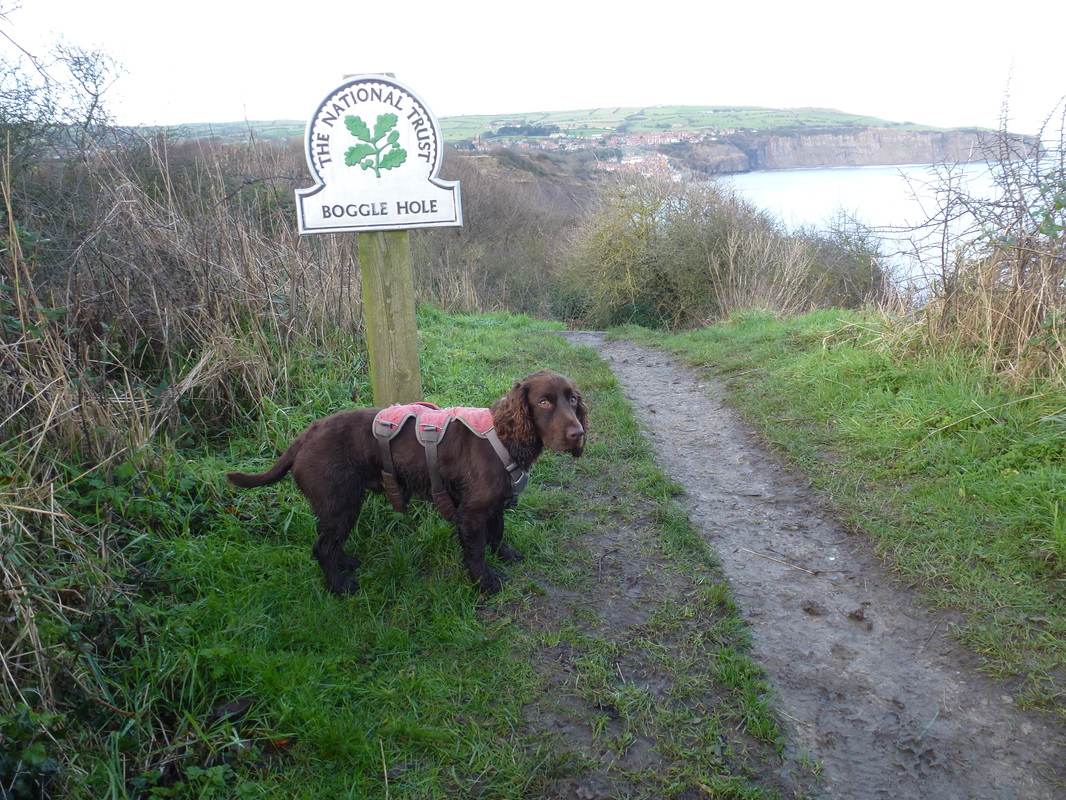 Fudge is also hopeful that the Cafe may be open 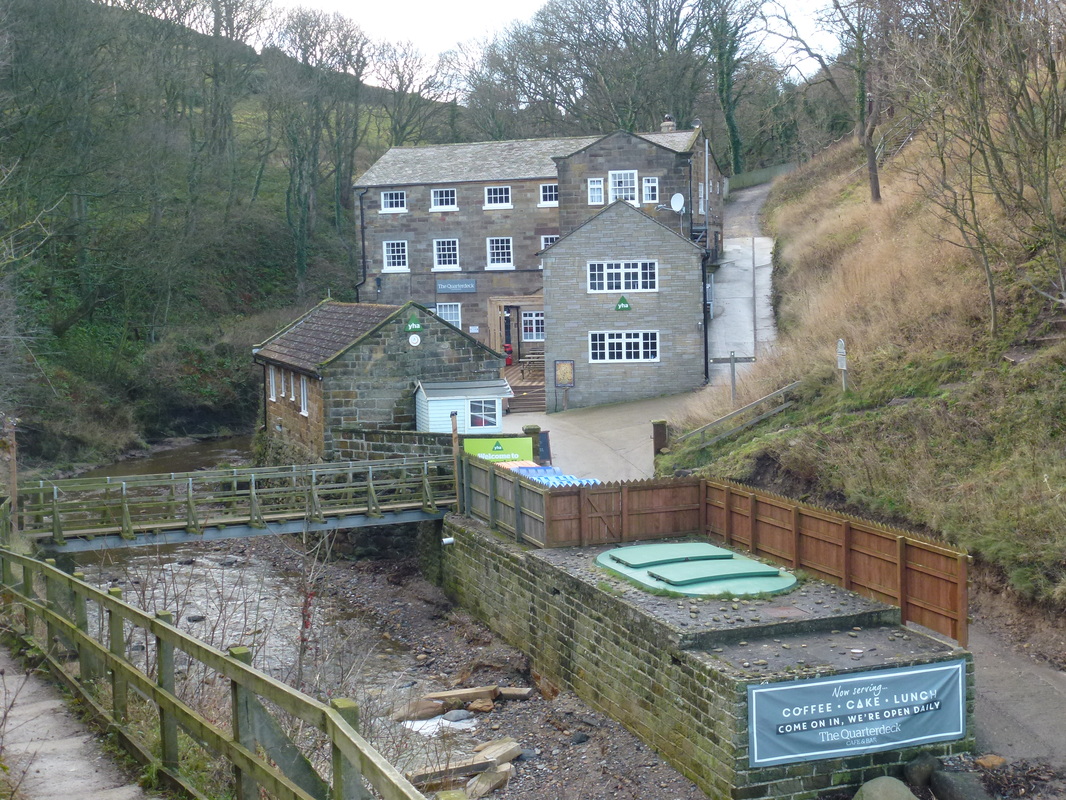 Boggle Hole Youth Hostel - the sign is outside therefore I wonder if the Cafe will be open?????? 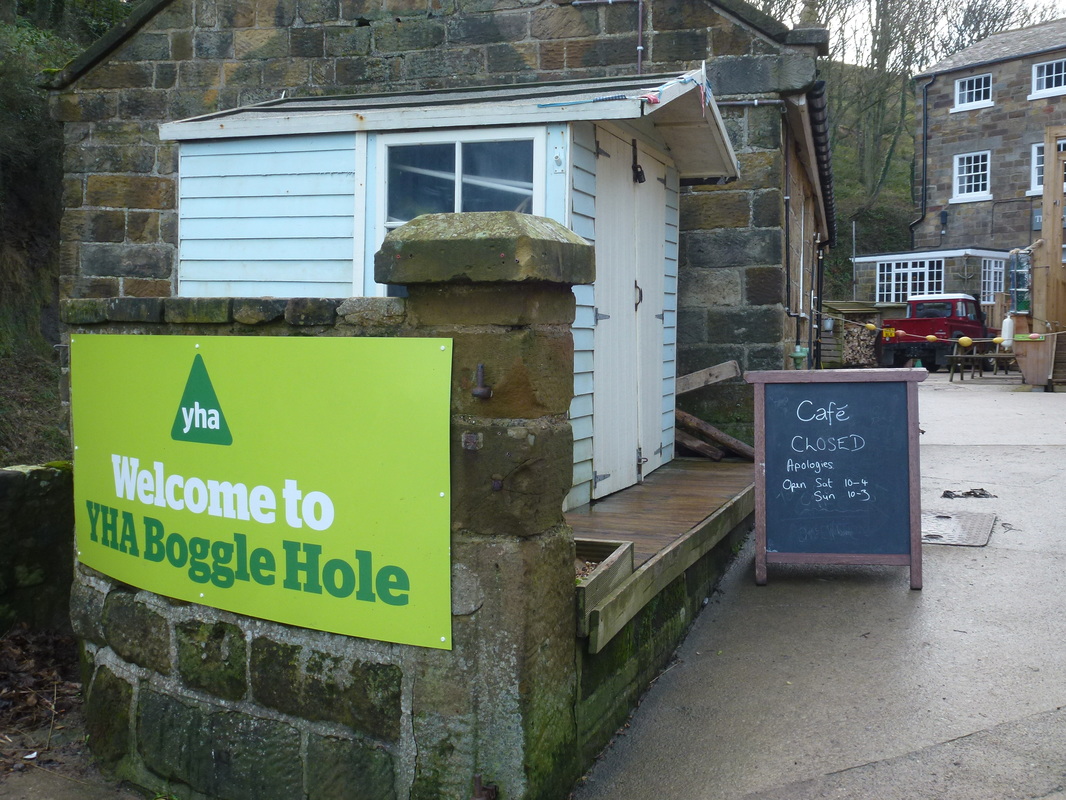 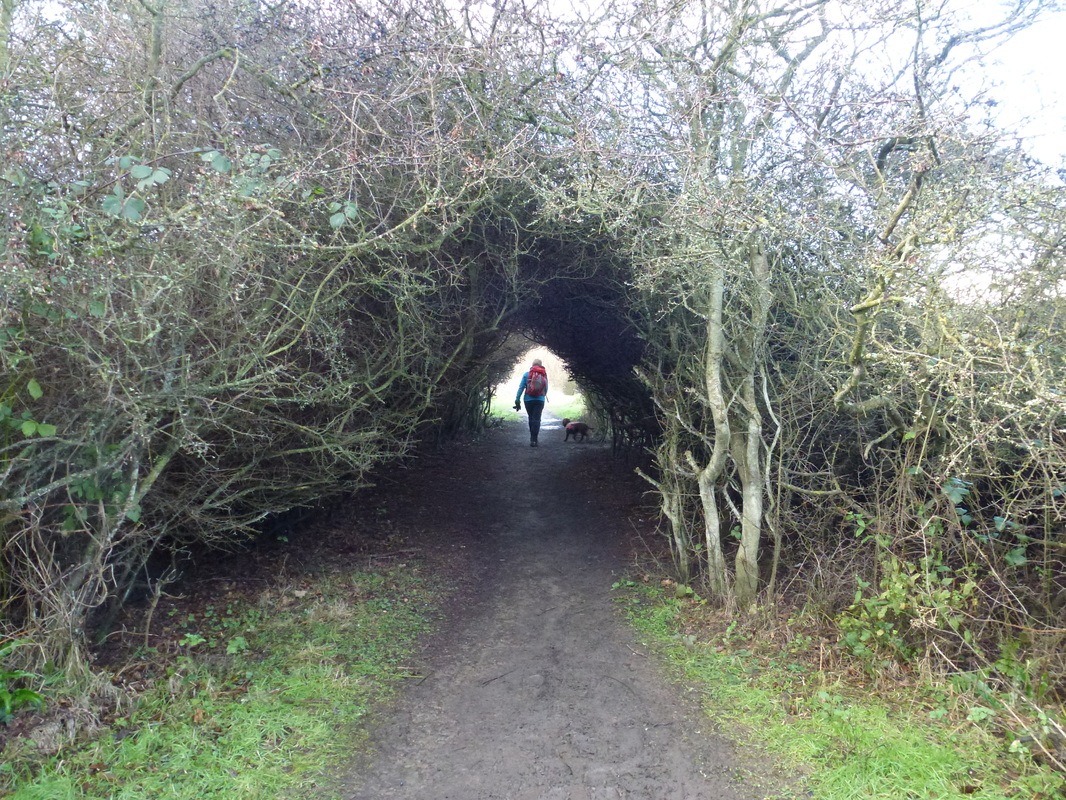 The Tunnel of Love near Robin Hood's Bay 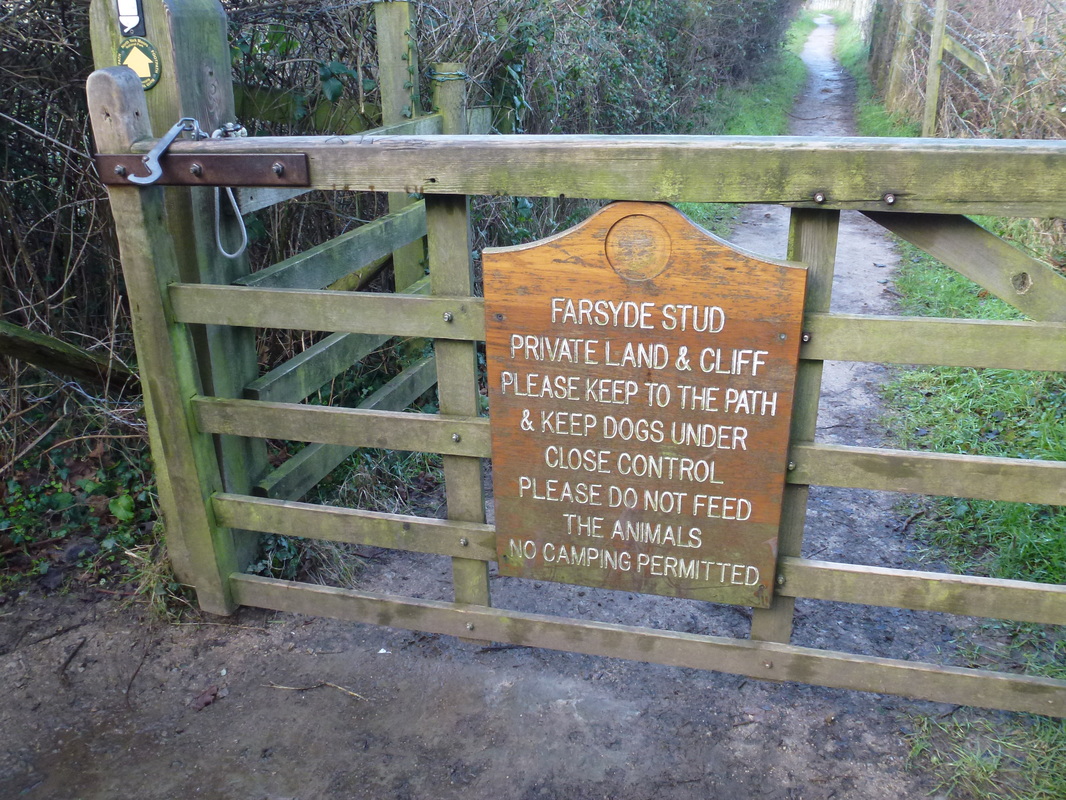 .... and by the way, no enjoying yourself either 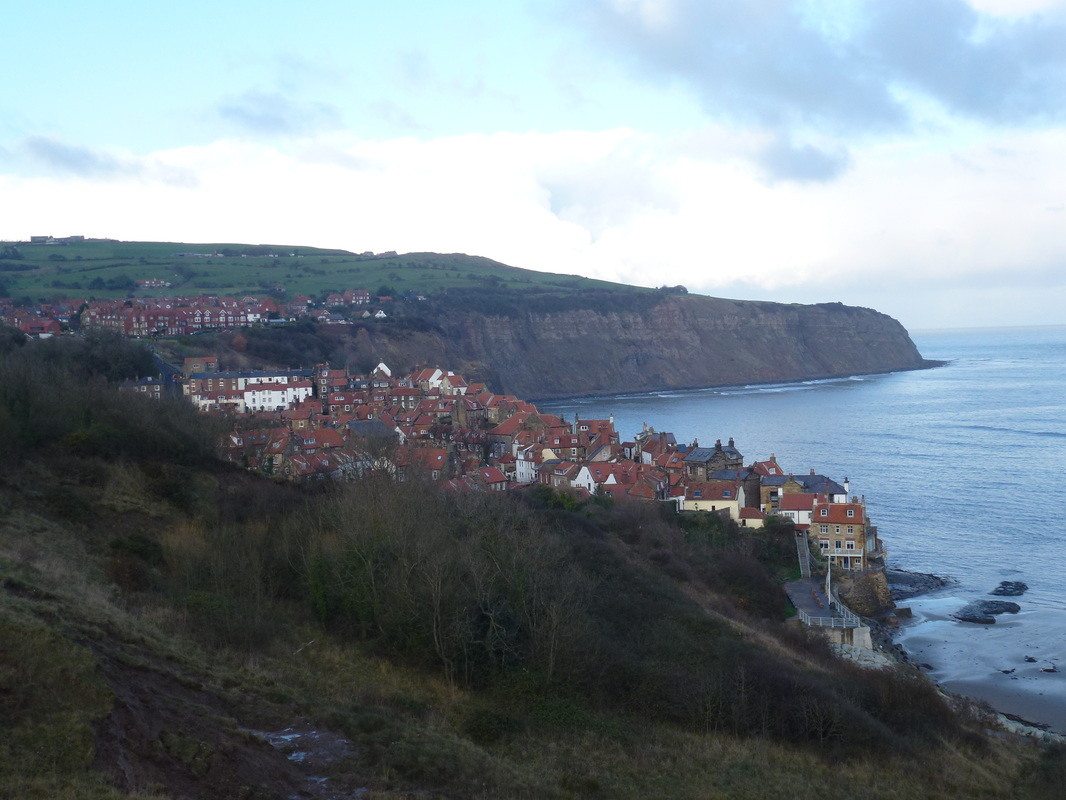 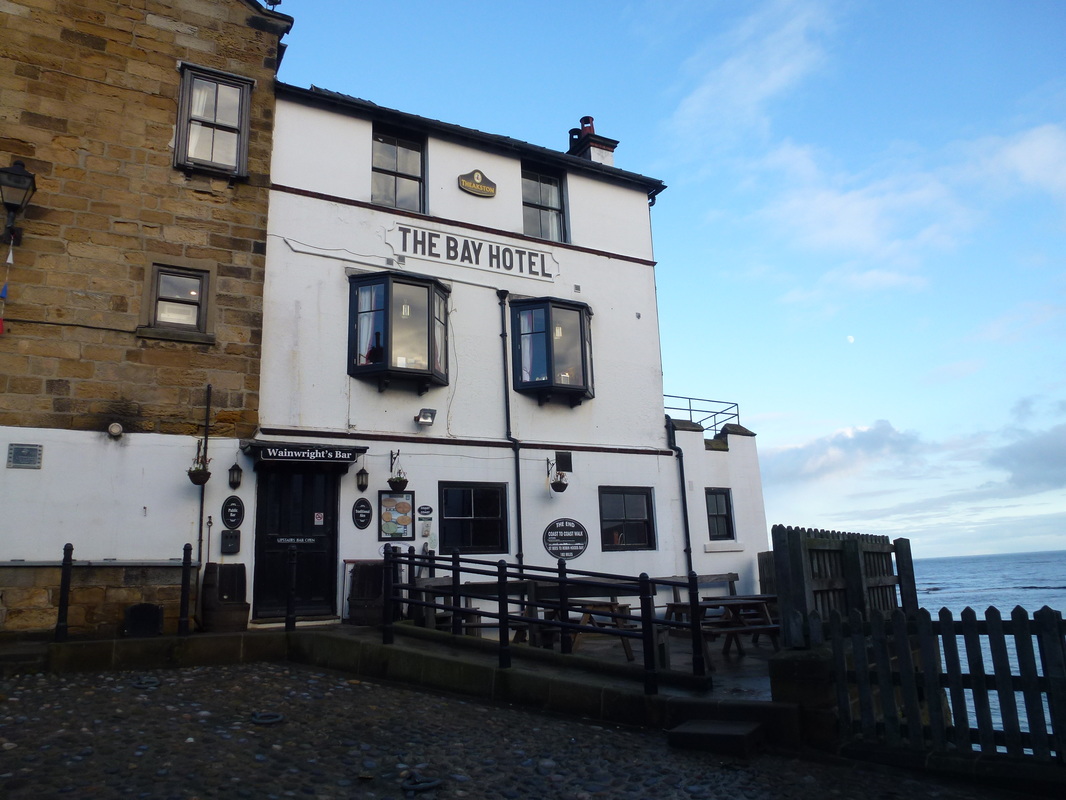 The Bay Hotel in Robin Hood's Bay and the recognised finishing point of Wainwright's Coast to Coast Walk.
A blog of our 2012 crossing can be found here and our 2016 journey here. 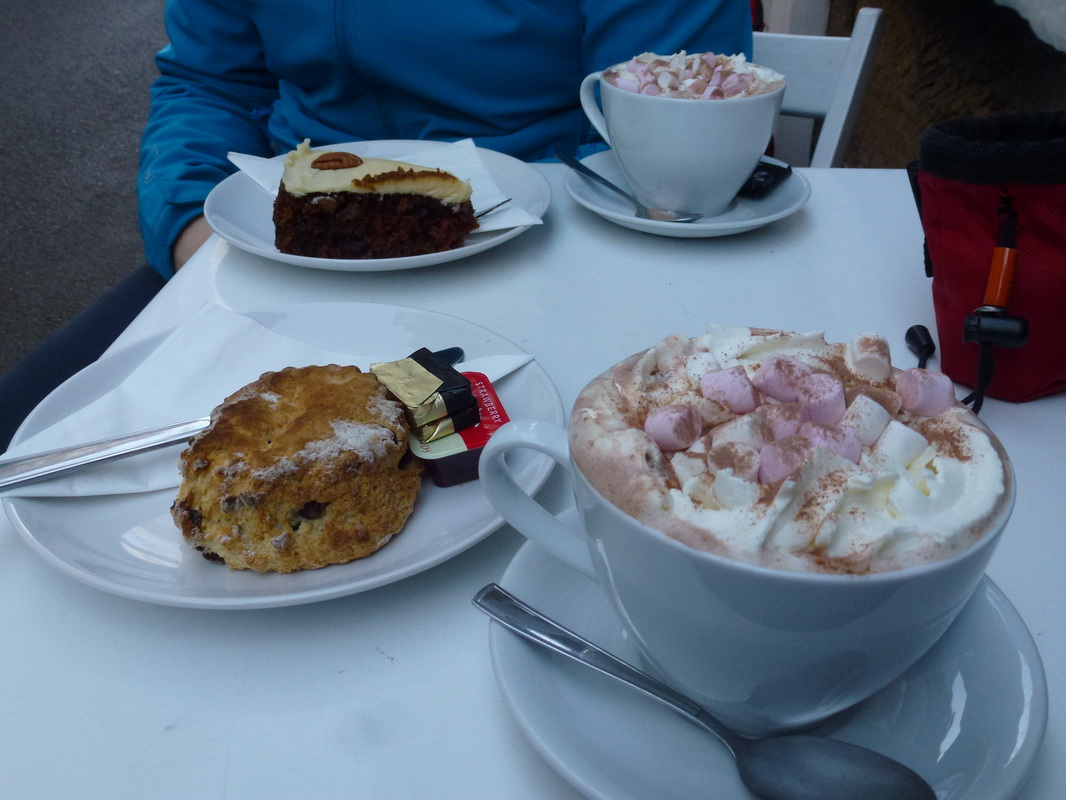 Whilst the Cafes at Ravenscar & Boggle Hole may have been shut the one at Robin Hood's Bay was certainly open - Cheers!
Home
© Copyright Dave Walsh 2013 - 2022 All Rights Reserved