Shedloads in Llandudno both free & Pay/Display

Easy walking on grassy paths for the most part

Dave, Angie & Fudge with Lee & Karen
​If the above GPX file fails to download or presents itself as an XML file once downloaded then please feel free to contact me and I will send you the GPX file via e-mail.  ​​ 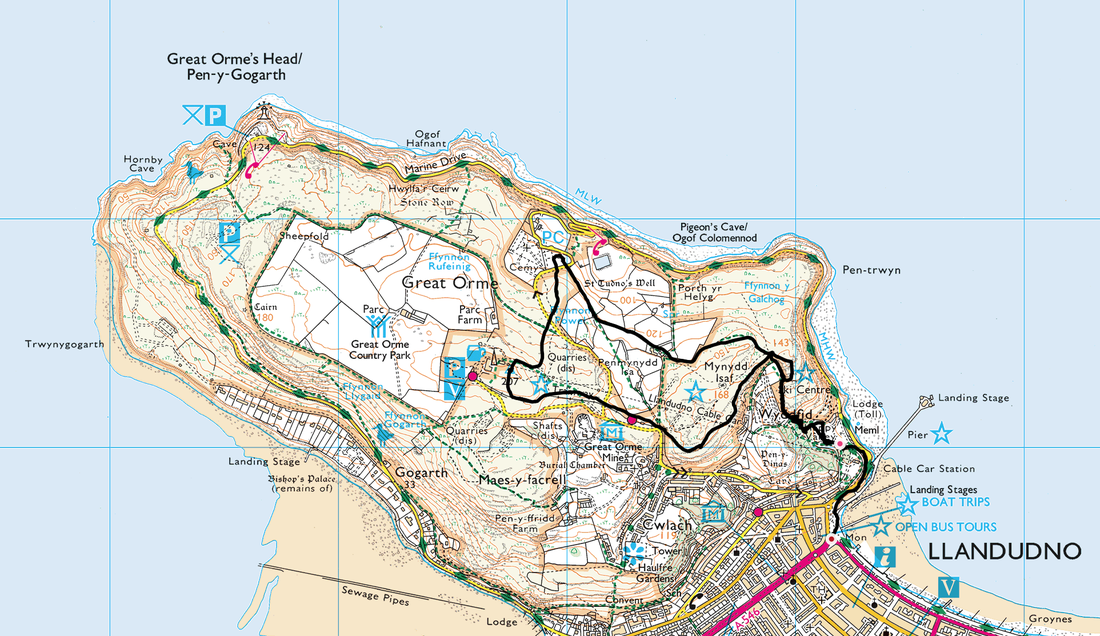 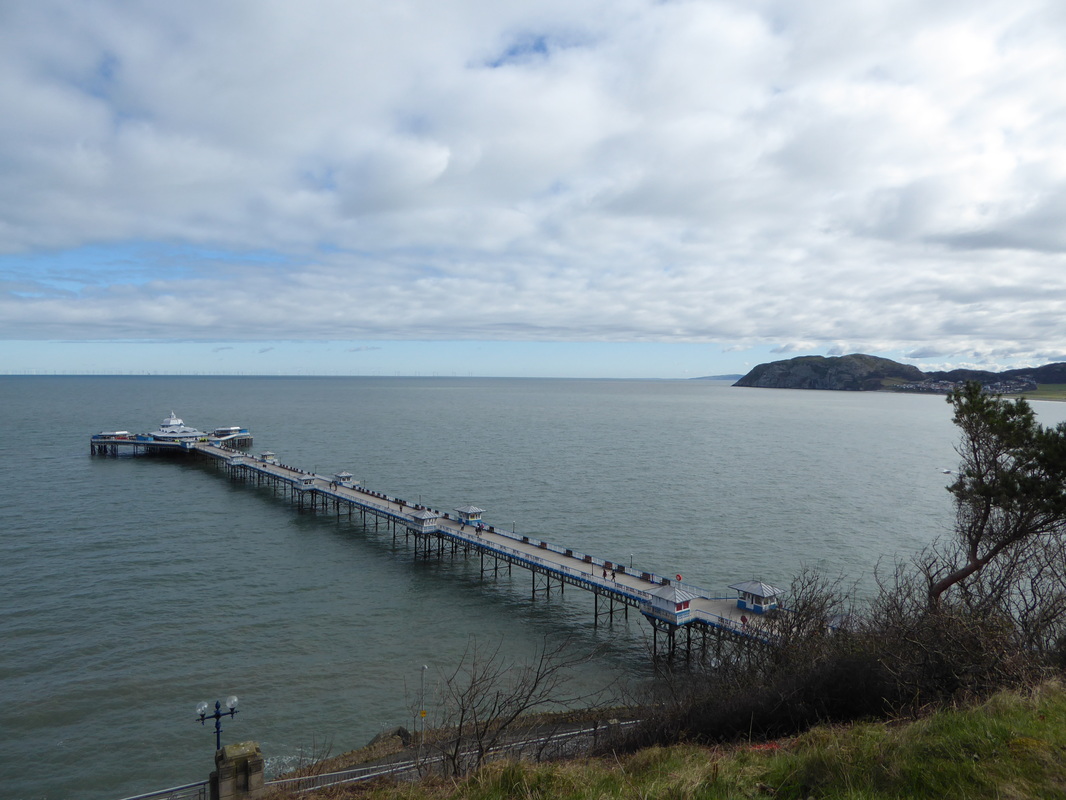 The Grade II listed Pier at Llandudno with Little Orme to the right.
At 2,295 feet (700 m), the pier is the longest in Wales and the fifth longest in England and Wales. 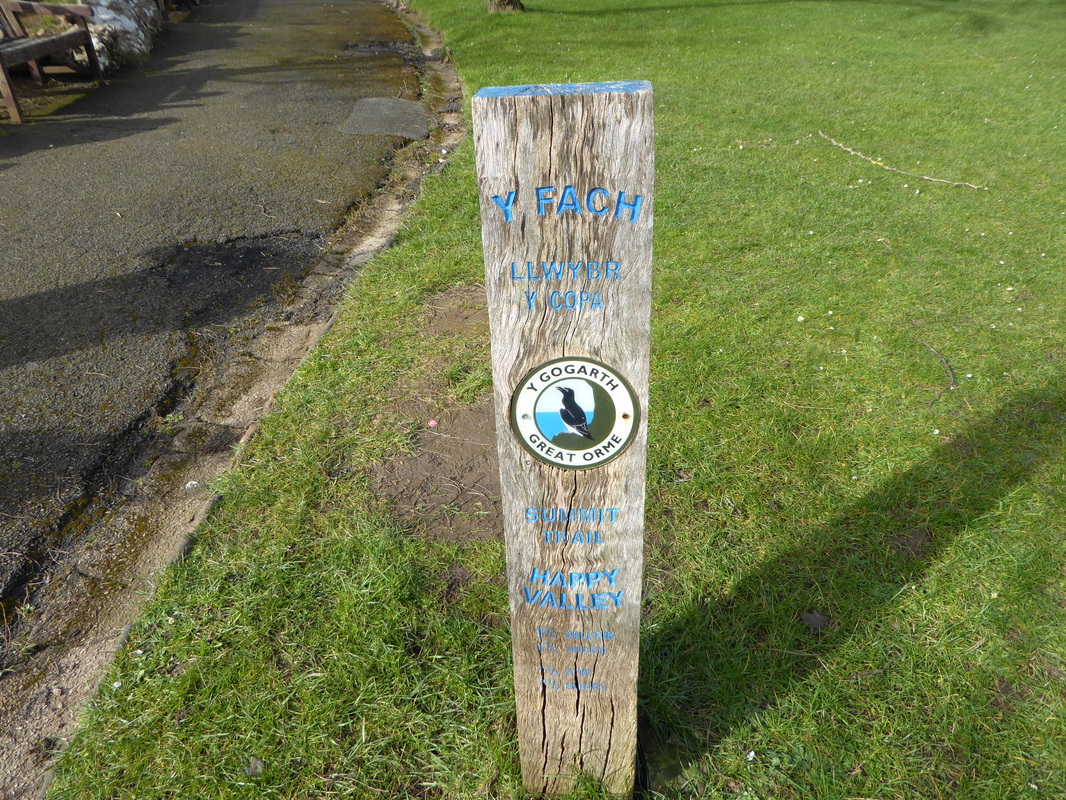 The route passes through Happy Valley Gardens and is signposted 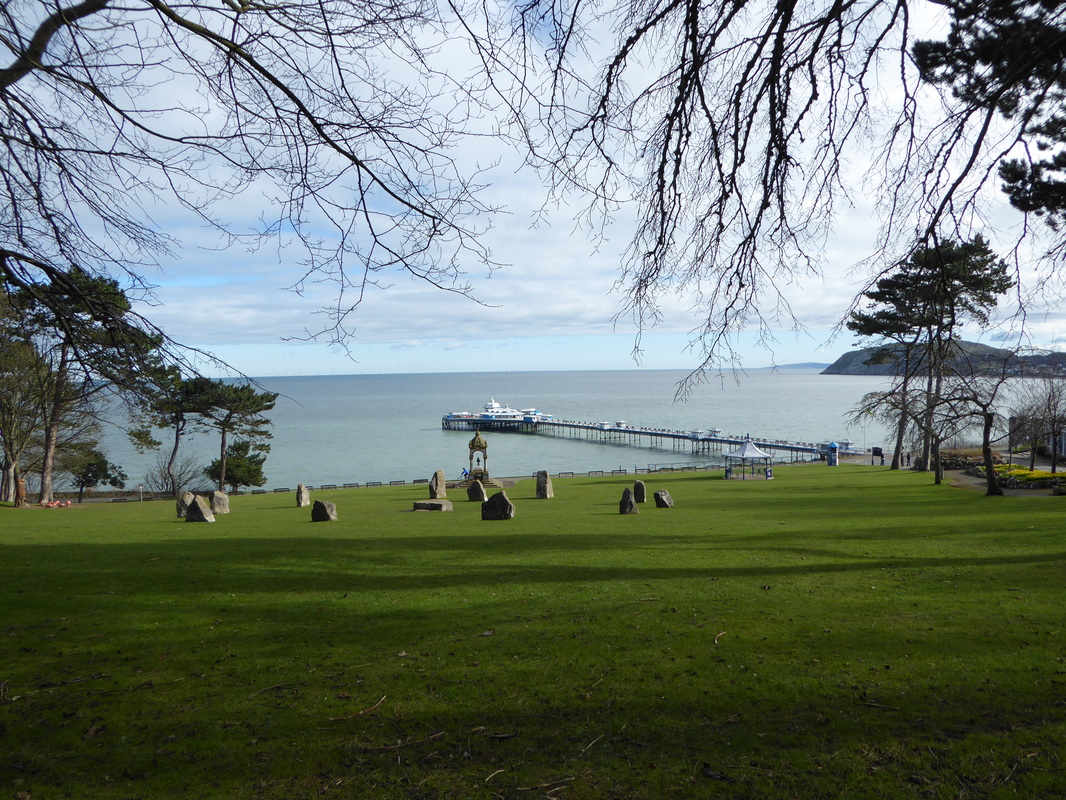 This stone circle was erected in 1963 for the Llandudno Eisteddfod and is situated on the grassy area beneath Happy Valley. 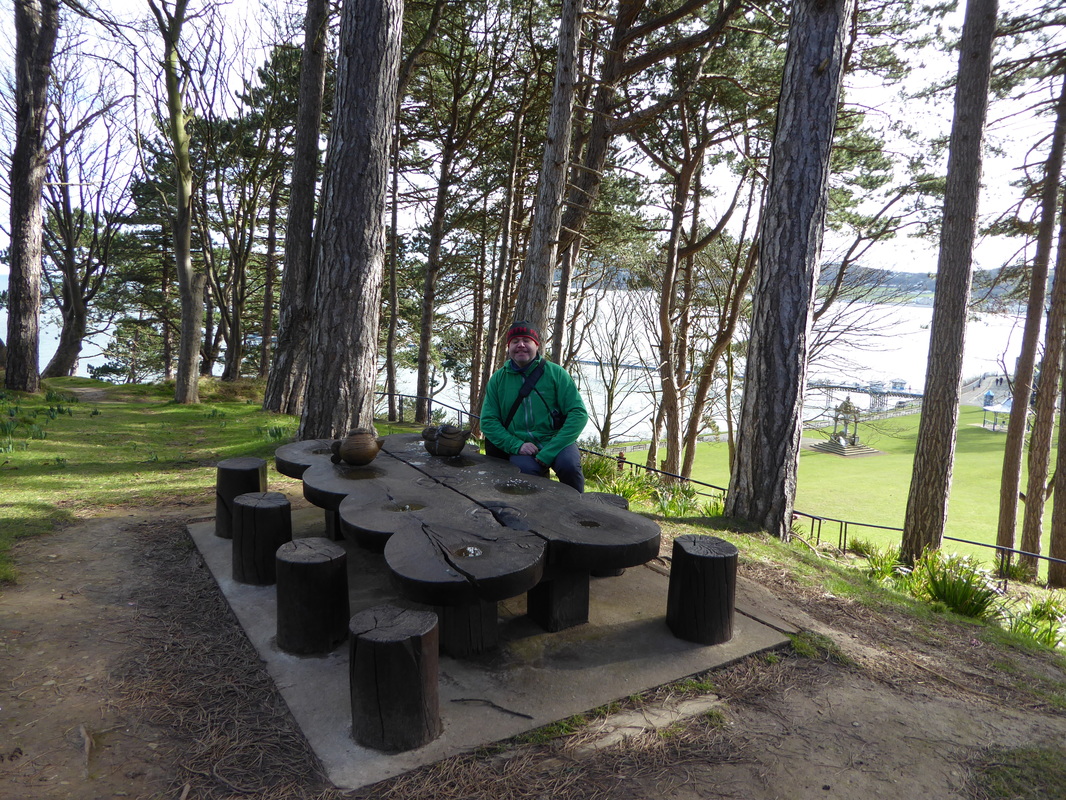 The Mad Hatter waiting for someone to pour his tea 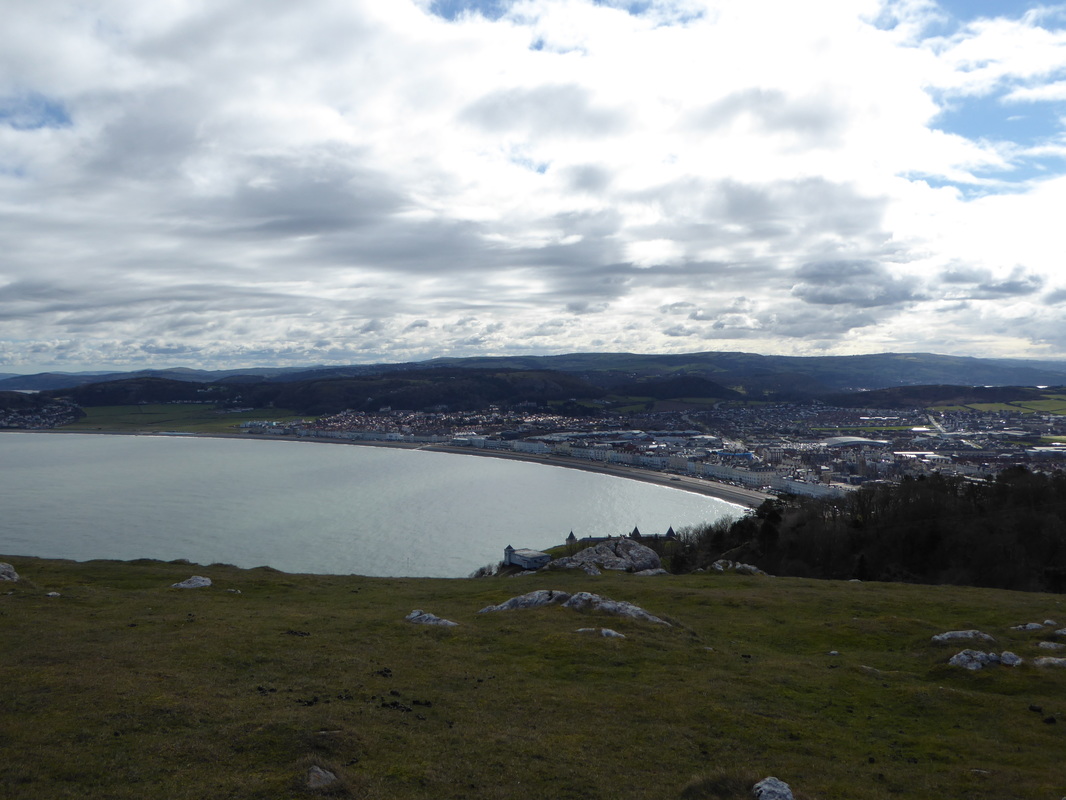 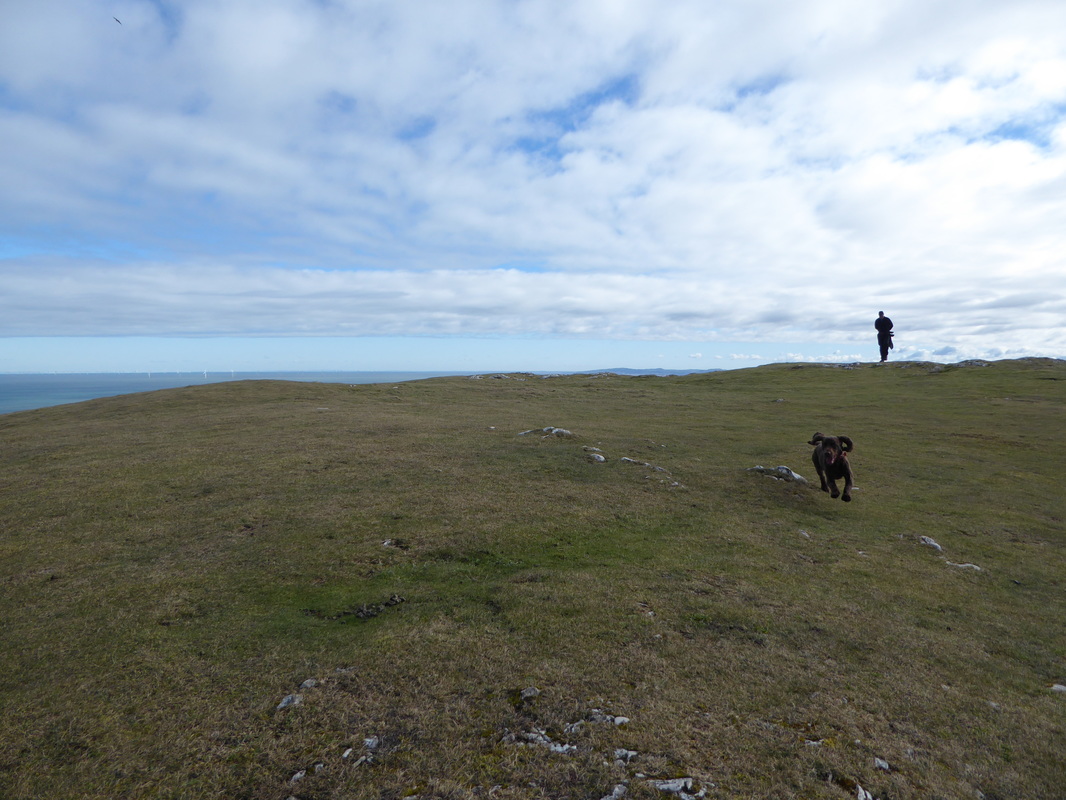 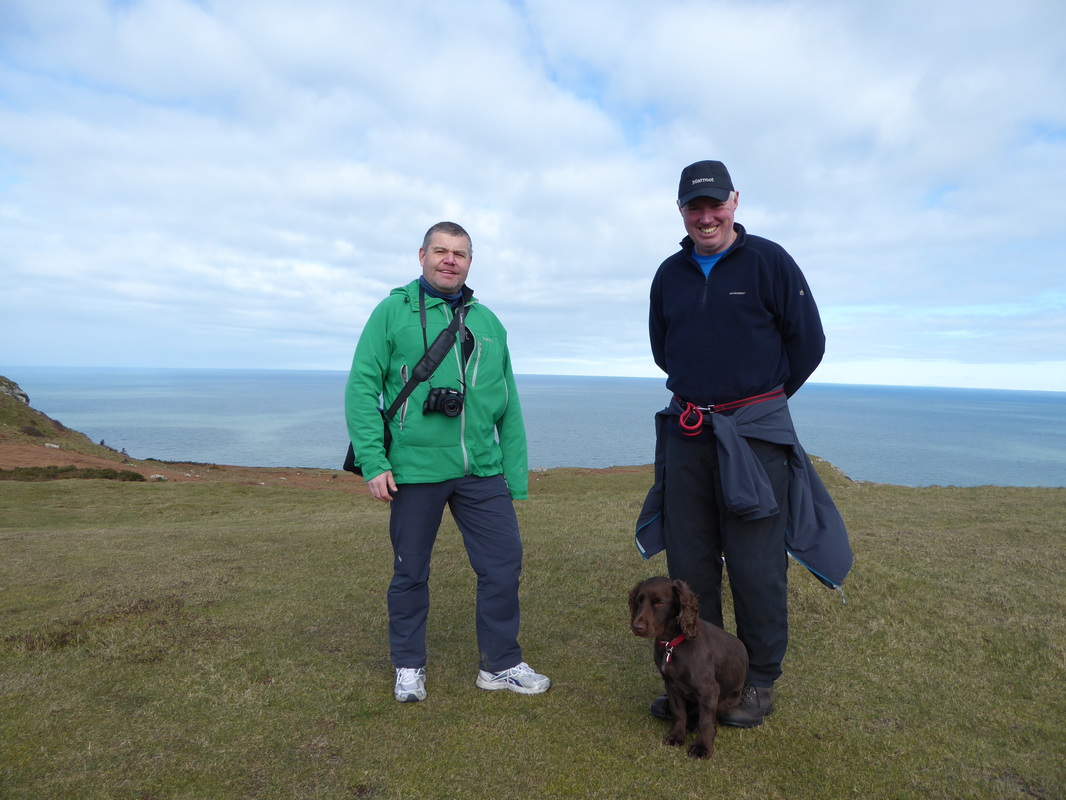 With Lee & Fudge on Great Orme 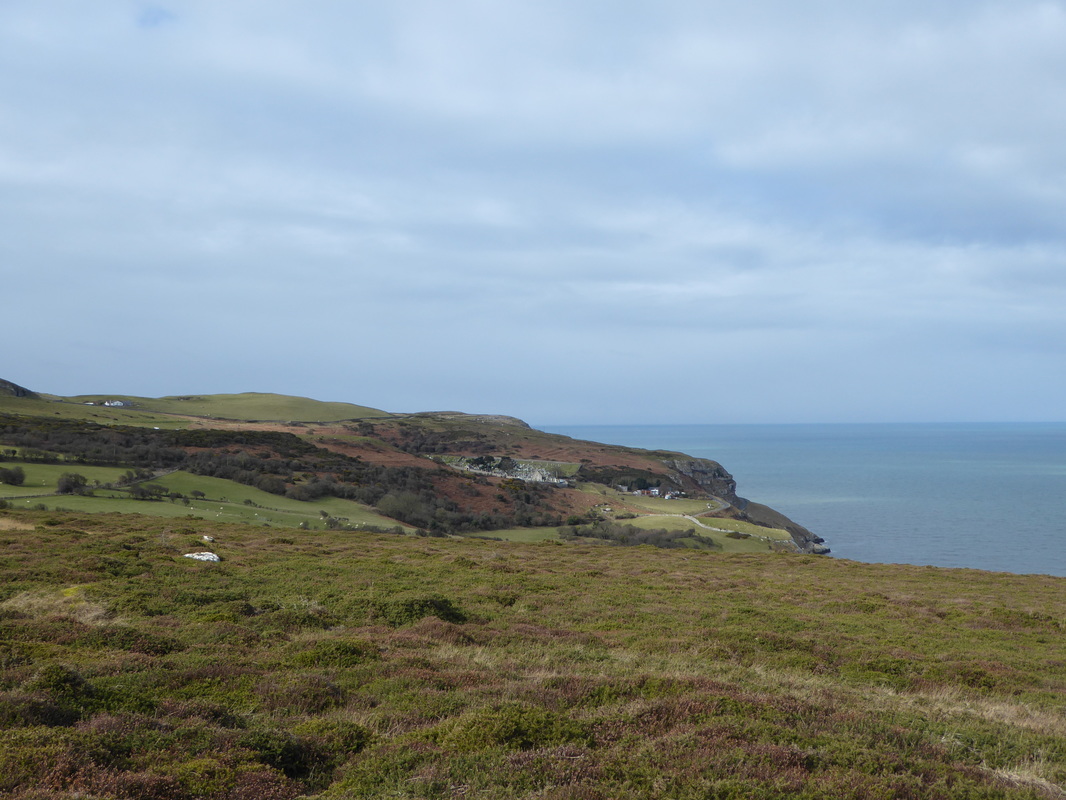 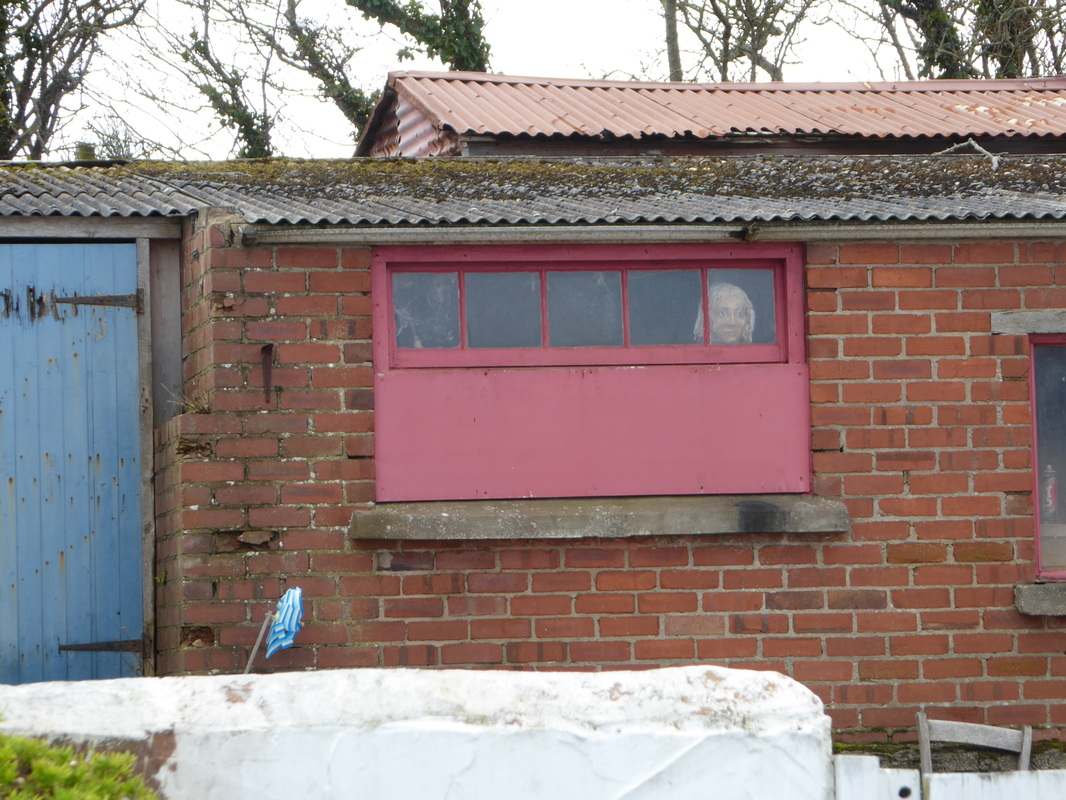 This must scare the living daylights out of people - imagine shining your torch on that? 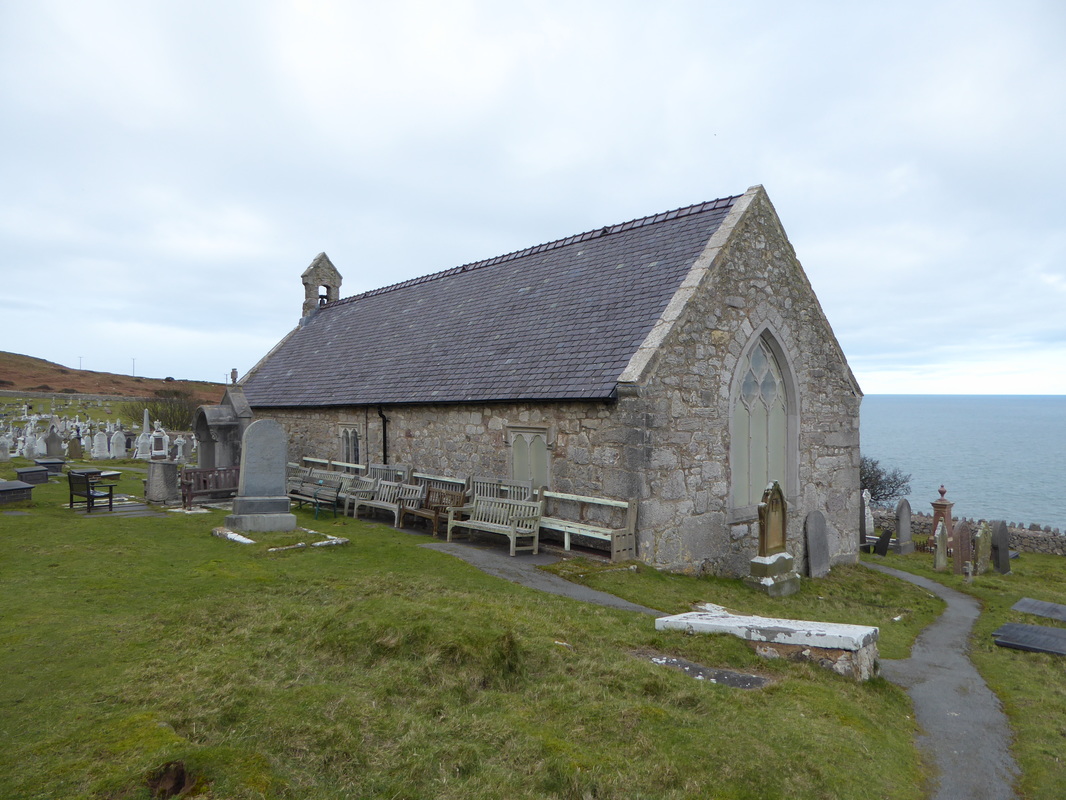 St Tudno's Church
St Tudno is said to have been one of the seven sons of King Seithenyn whose legendary kingdom Cantref y Gwaelod in Cardigan Bay was submerged by tidal activity. According to the theory, Tudno studied at St. Dunawd's college in the monastery of Bangor Iscoed, in order to make recompense for the drunken incompetence of his father, which had led to the loss of the kingdom under the waves. 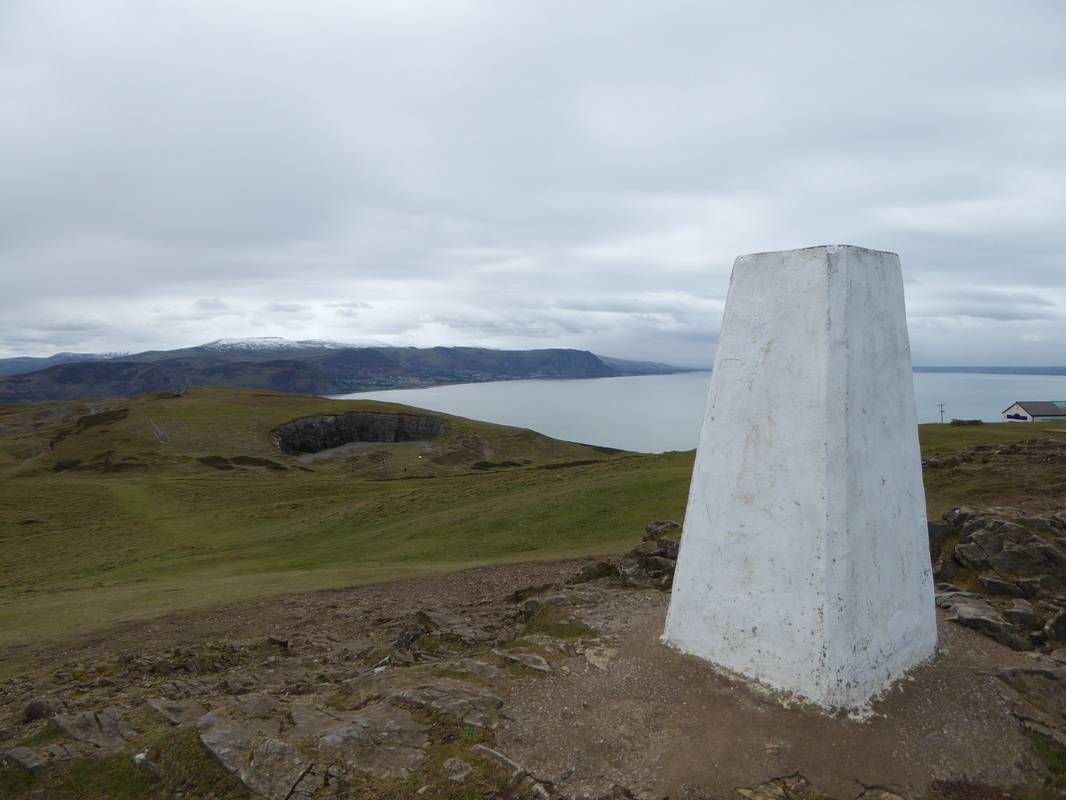 The summit of Great Orme 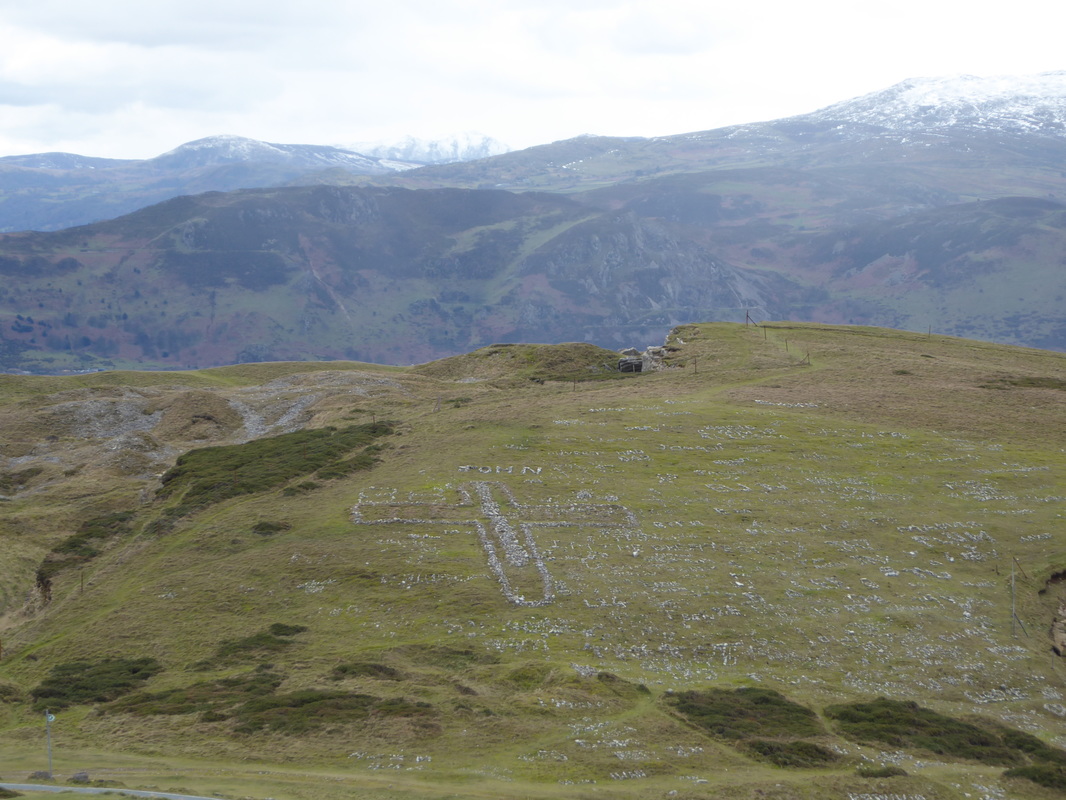 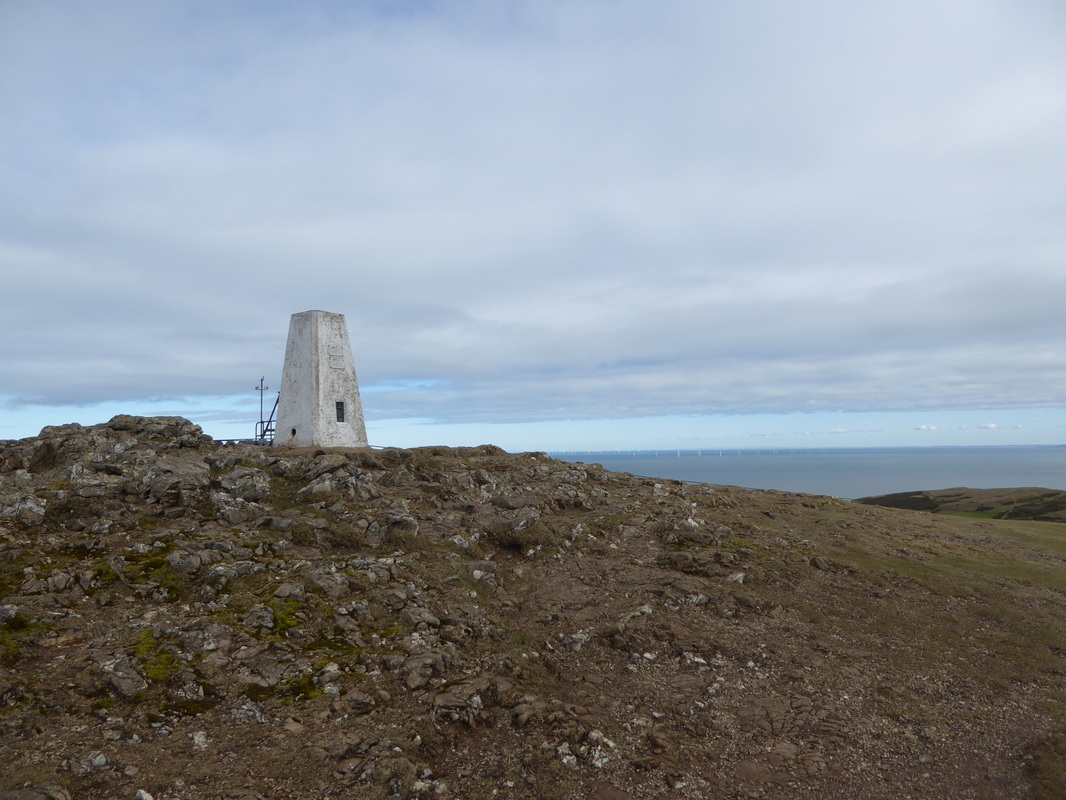 Another view of the summit of Great Orme 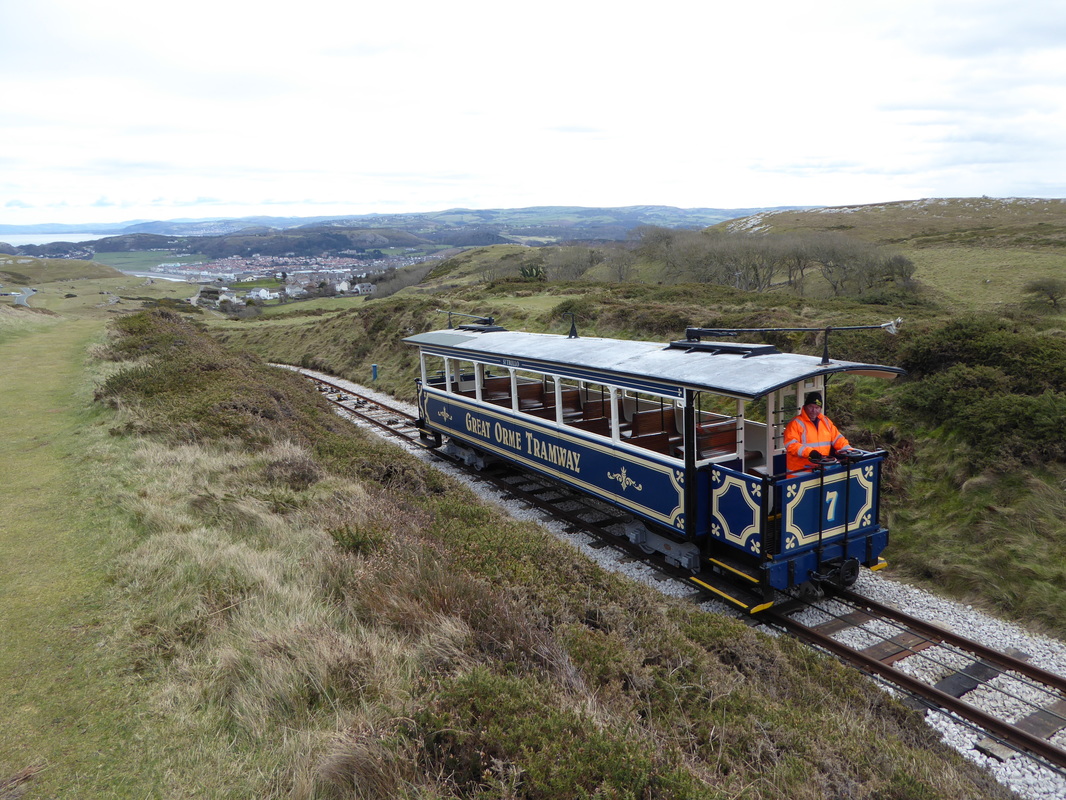 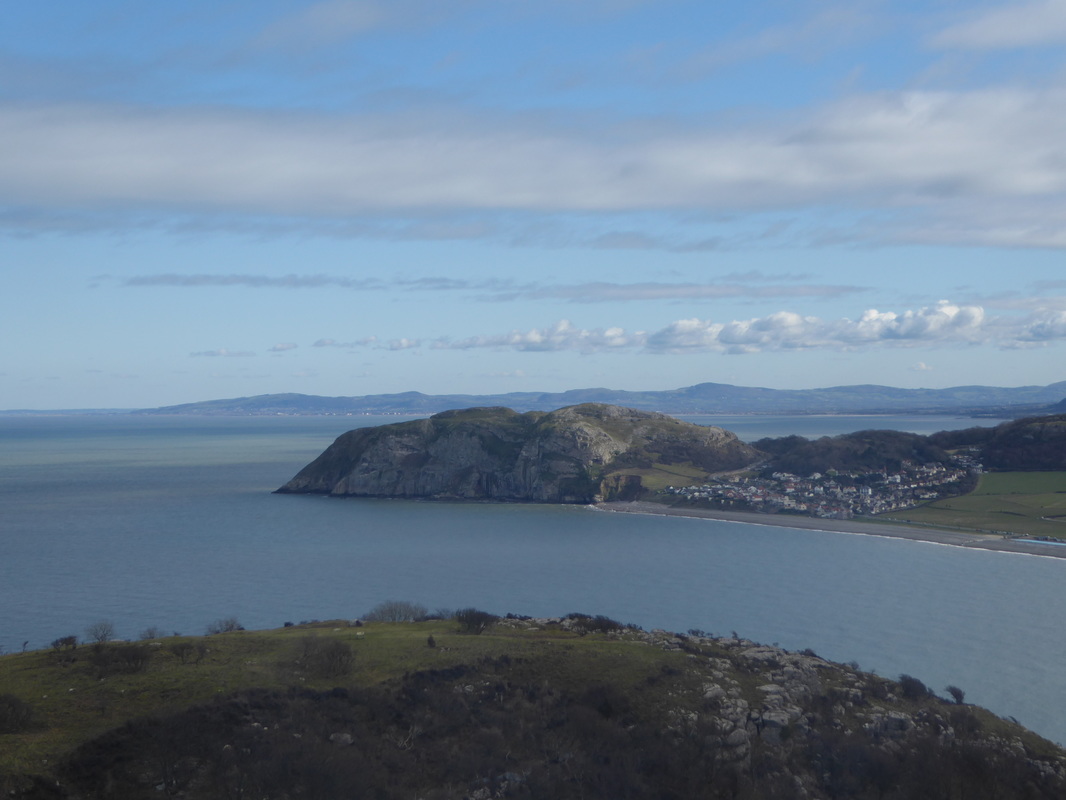 A panorama of the sprawling frontage of Llandudno from Great Orme 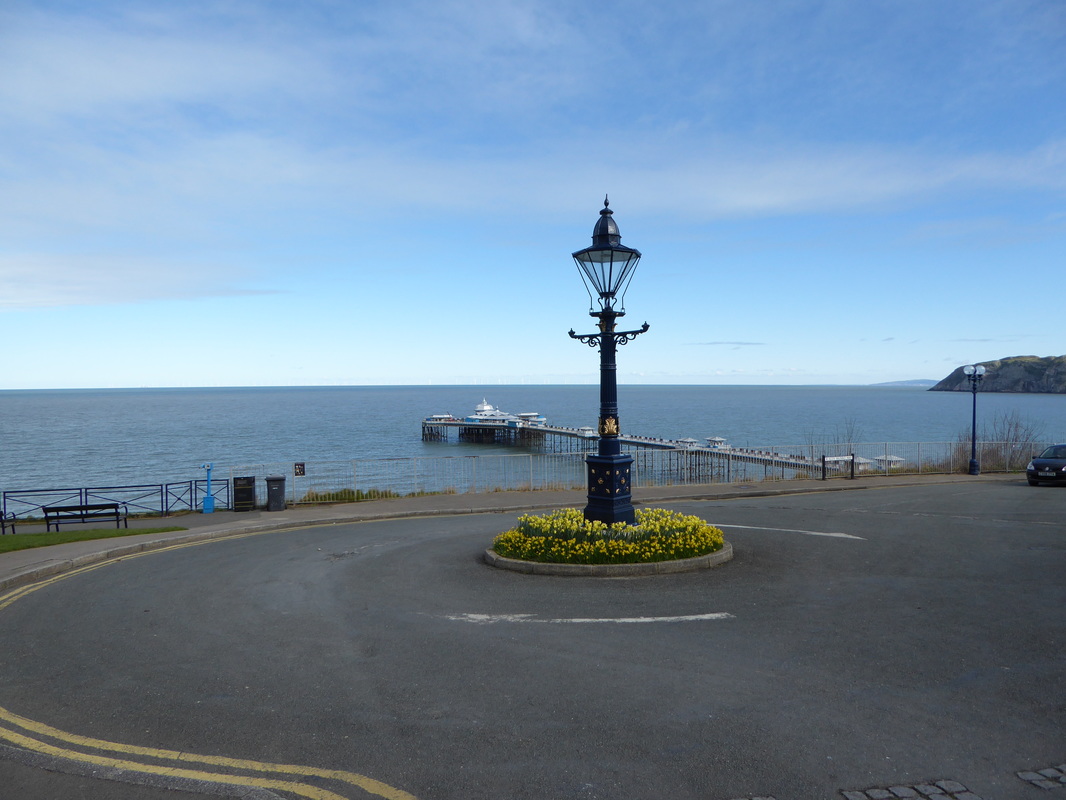 This is believed to be the largest original Westminster Lantern and is still in its original location on the cliff overlooking the pier.
Home